Inwood Place is a project designed by Tim Cuppett Architects. When Mid-Century enthusiasts purchased the original 1800sf home, it had long been forgotten about and was nearly re-claimed by the native vegetation of an adjacent creek. The existing house, crammed against the far property line was dwarfed by an apartment complex visible to the rear. Low ceilings and deep overhangs made for a relentlessly dark interior, further diminishing what little appeal remained of the property. Photography by Whit Preston. 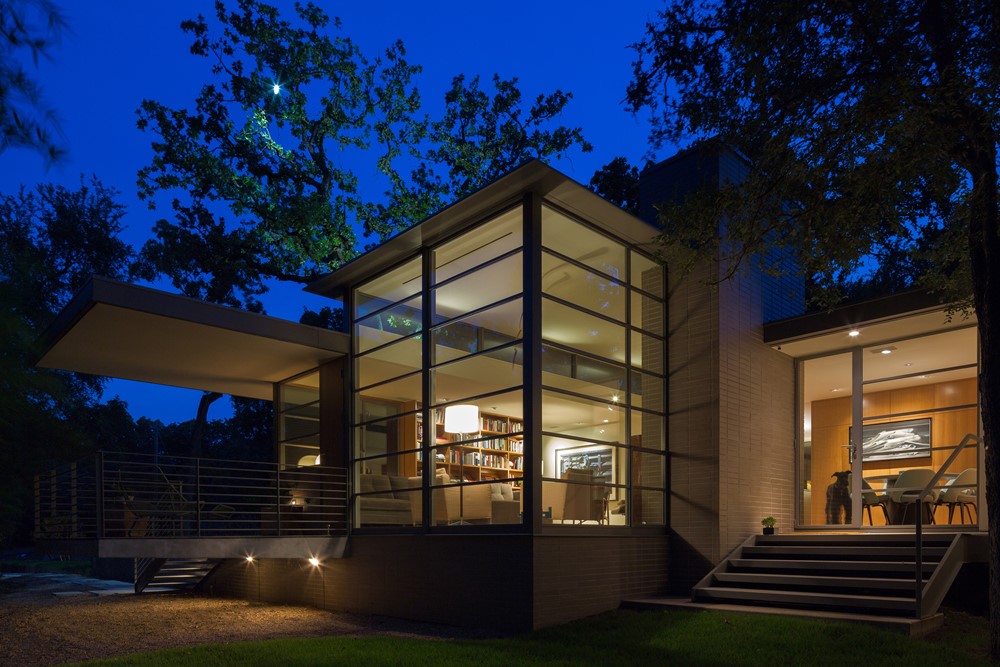 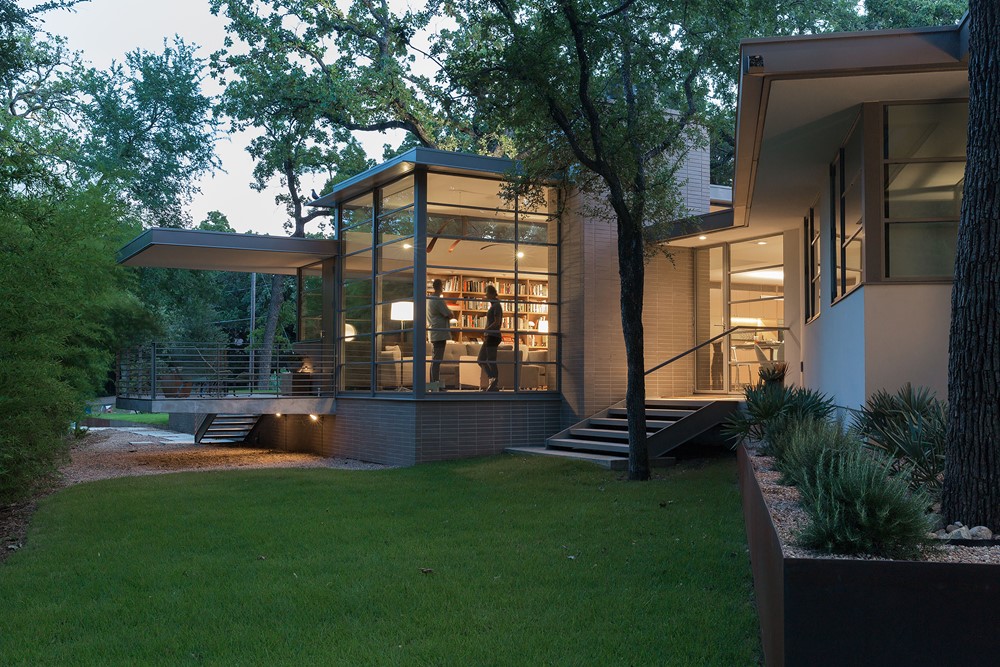 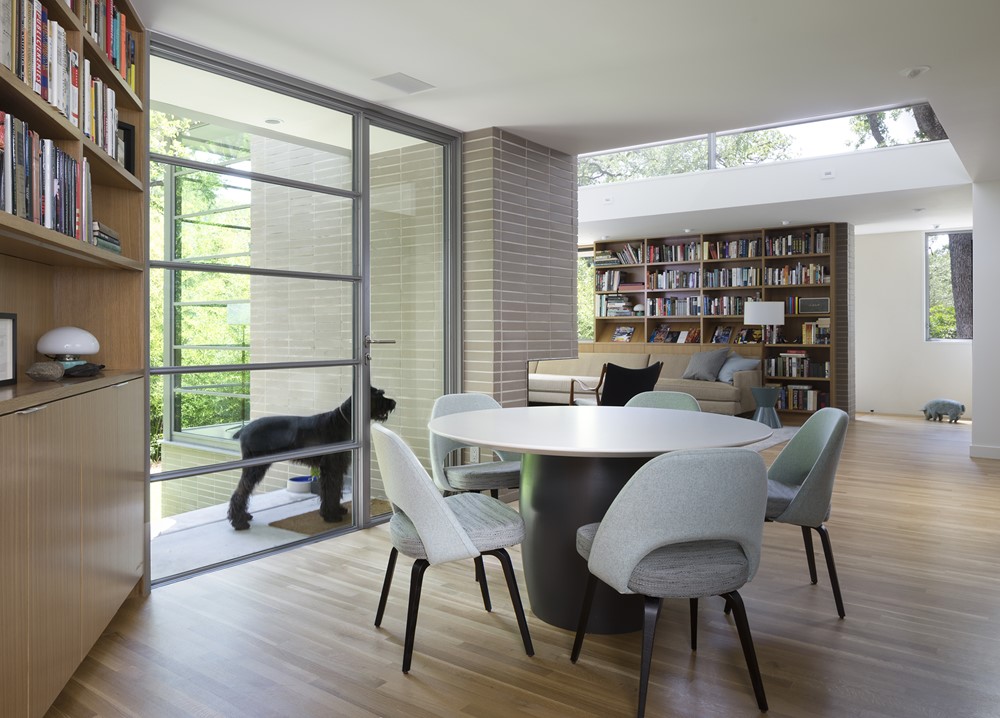 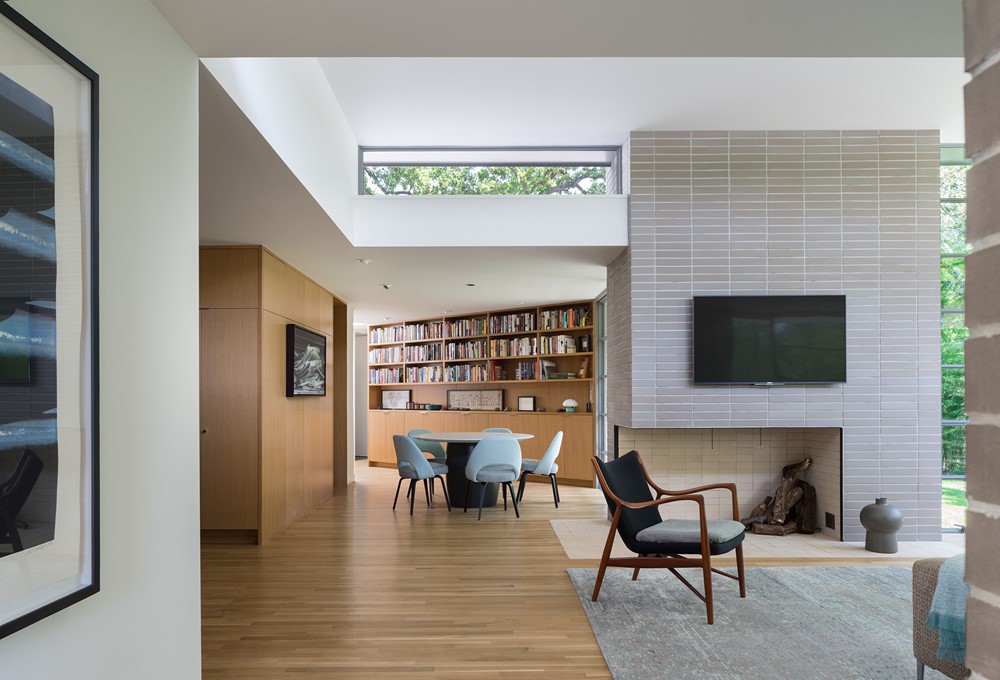 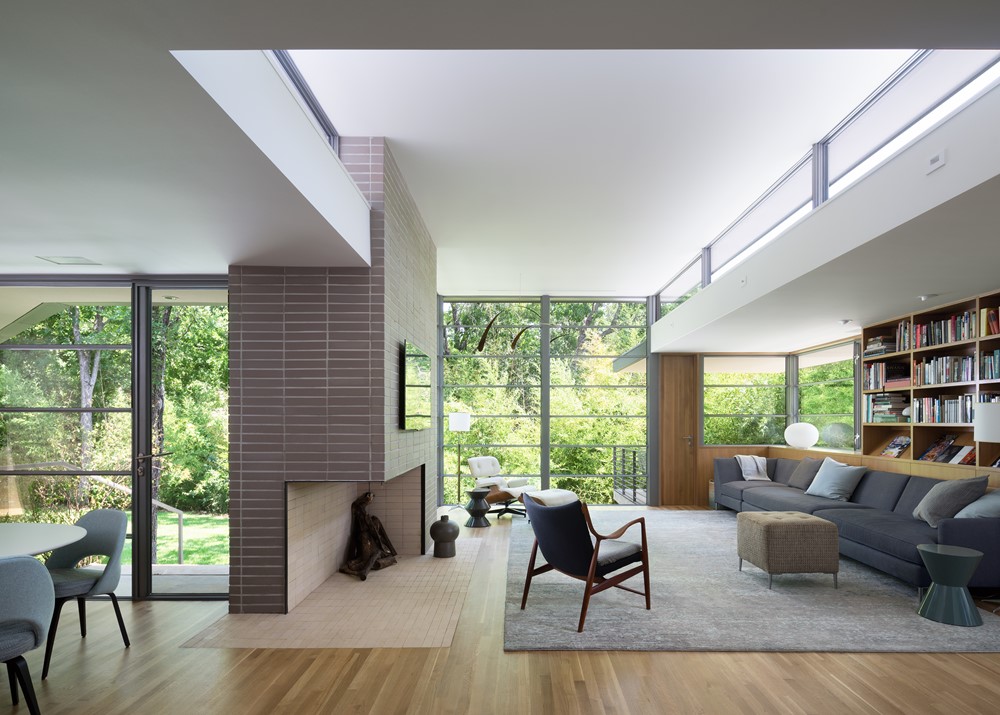 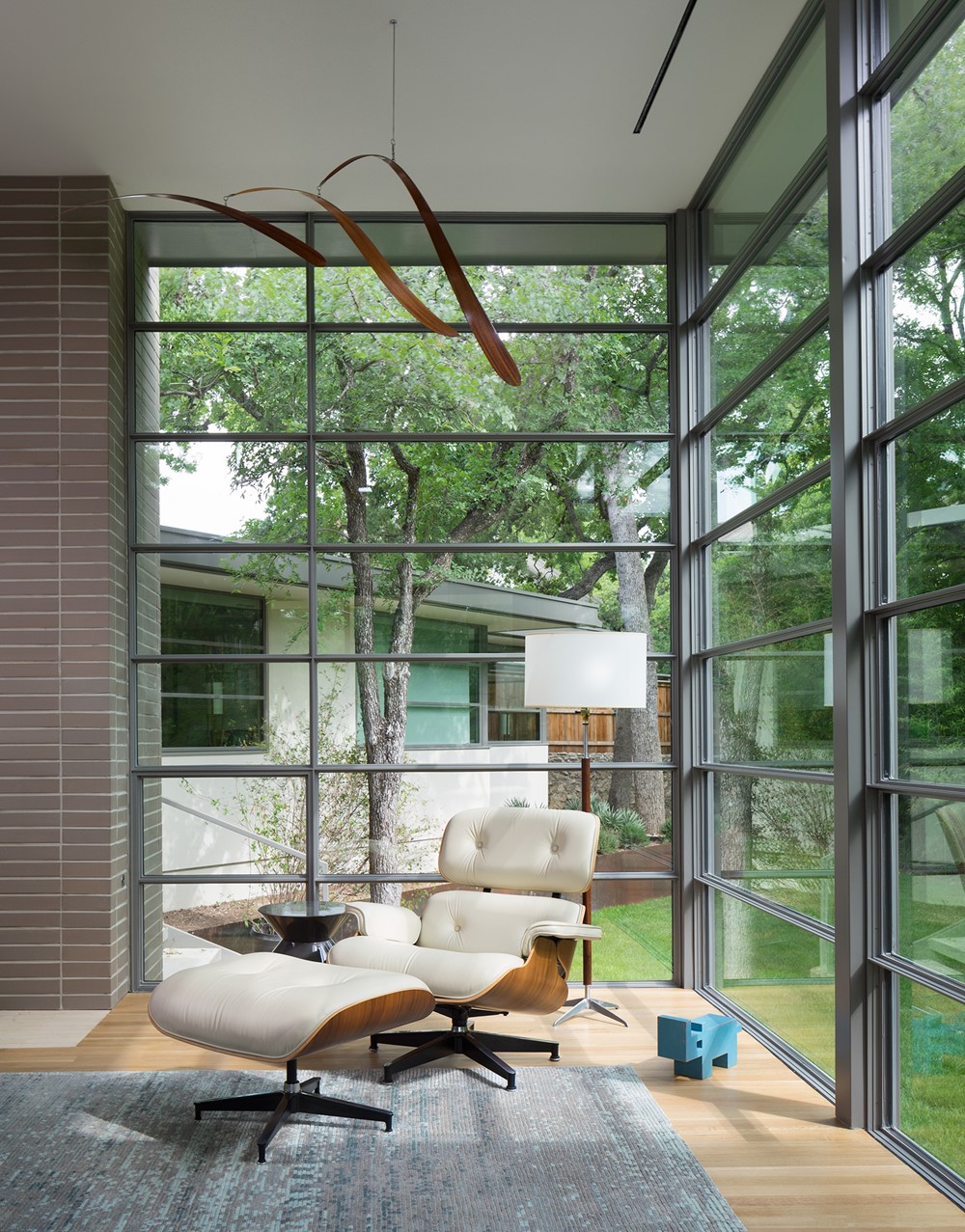 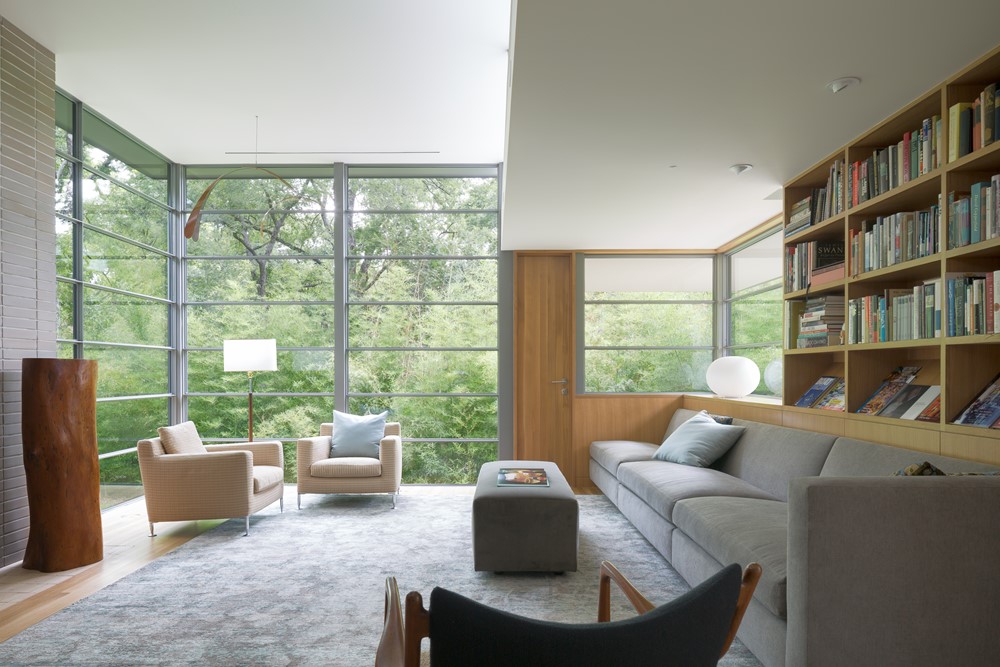 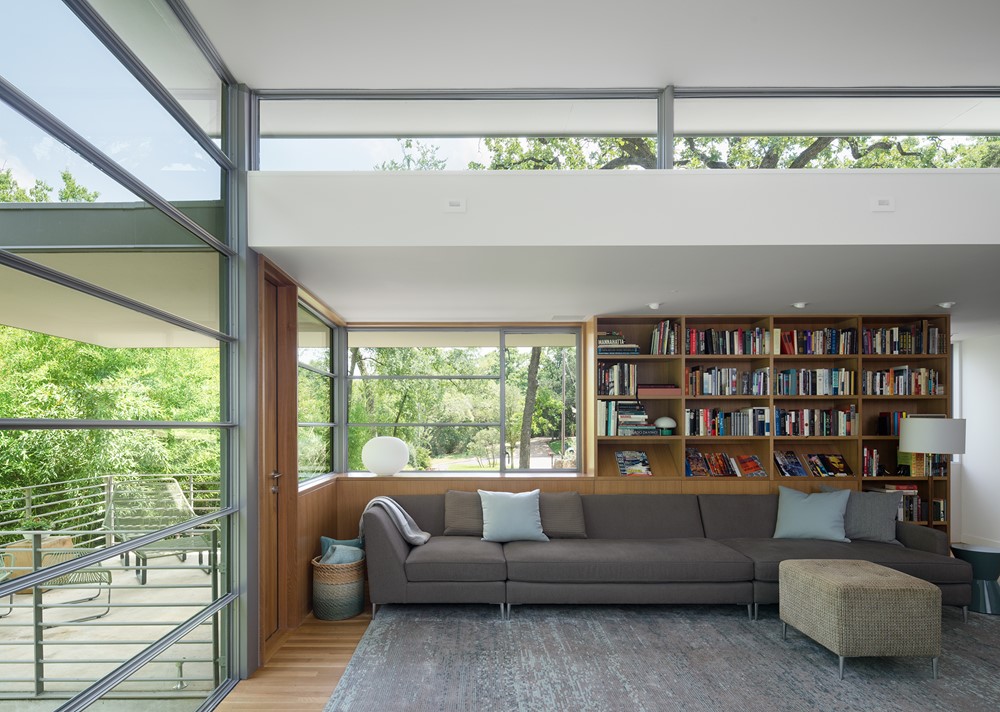 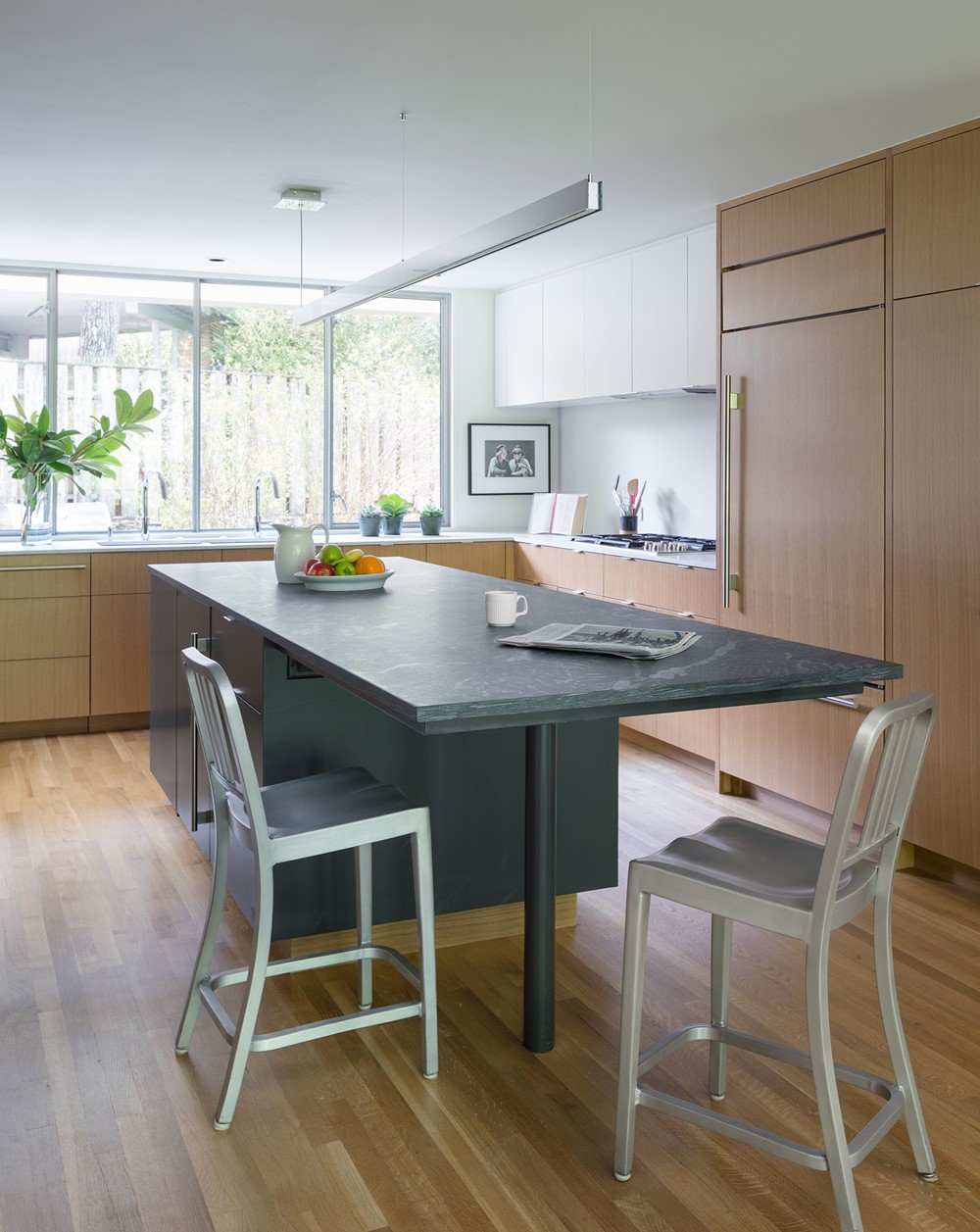 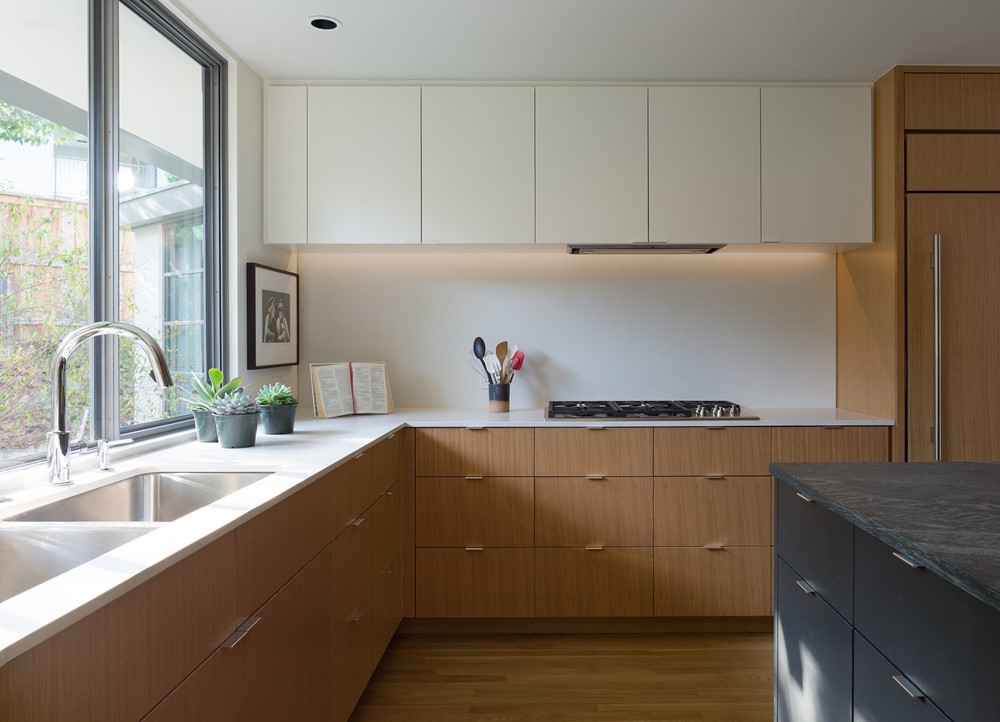 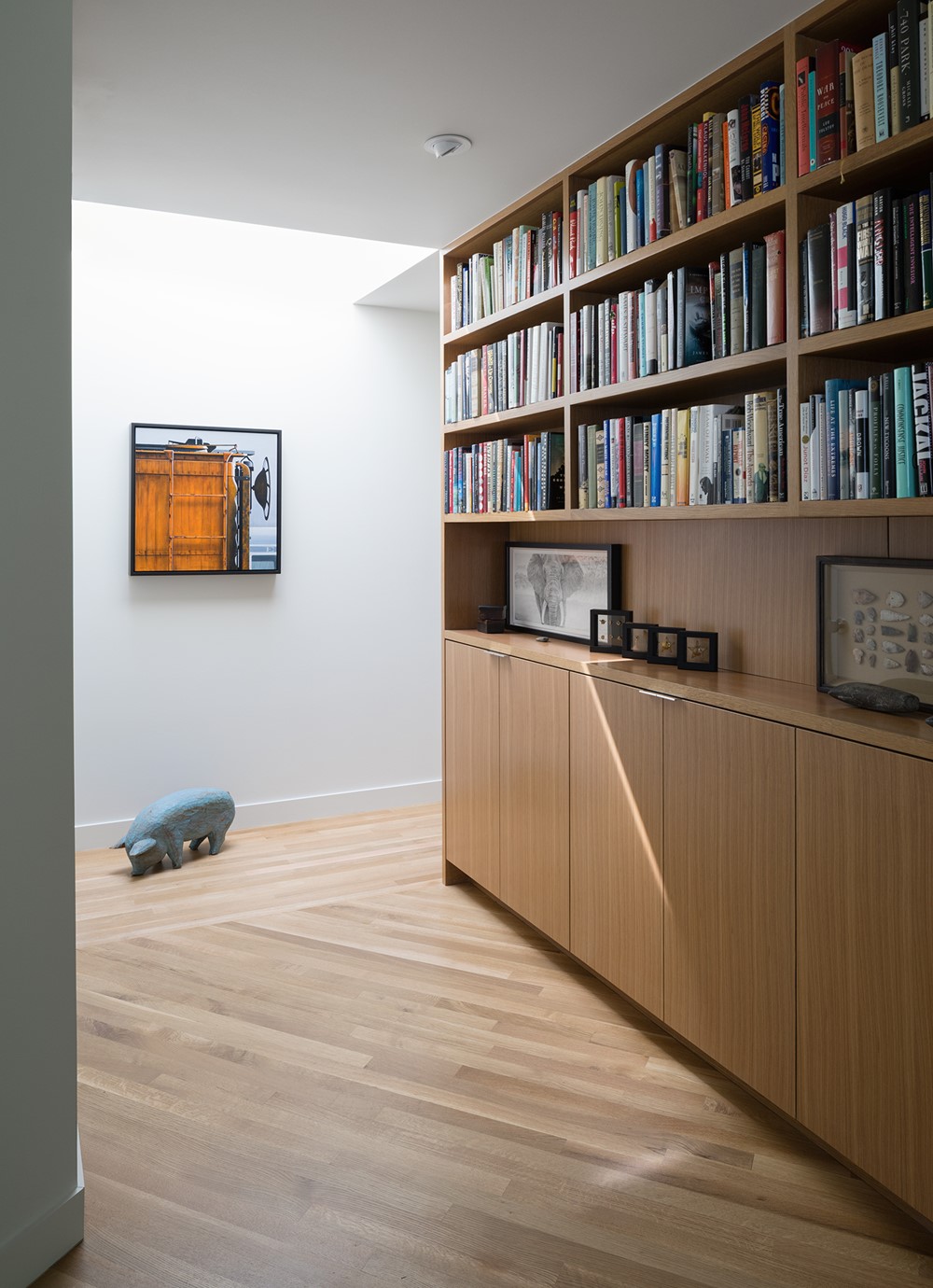 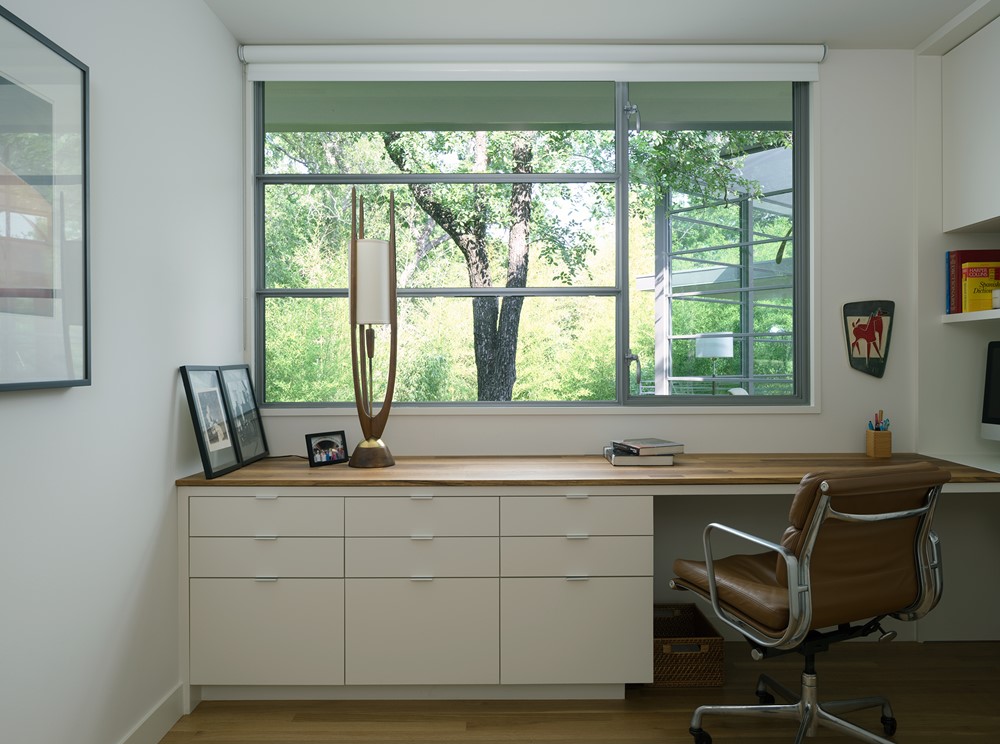 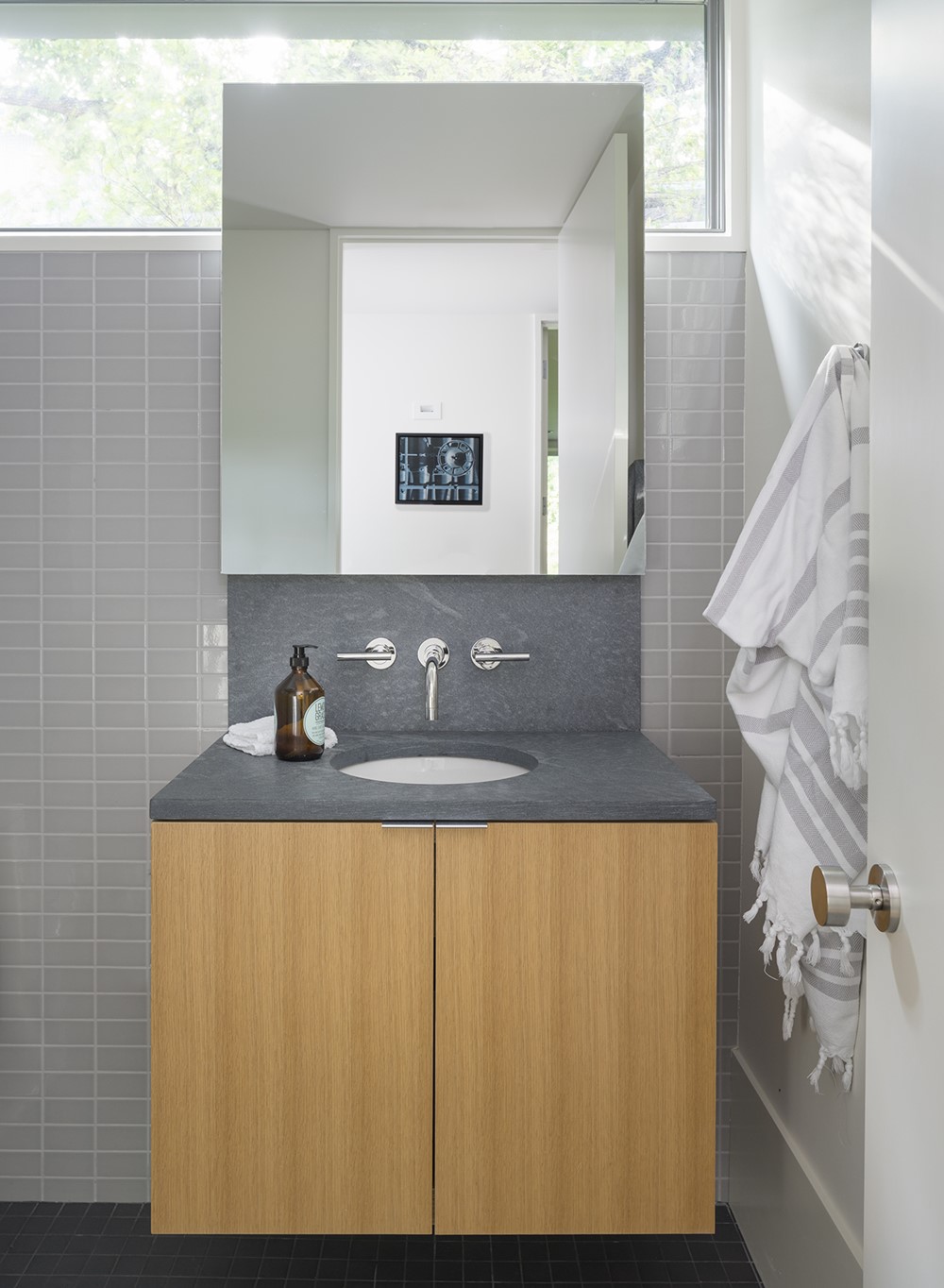 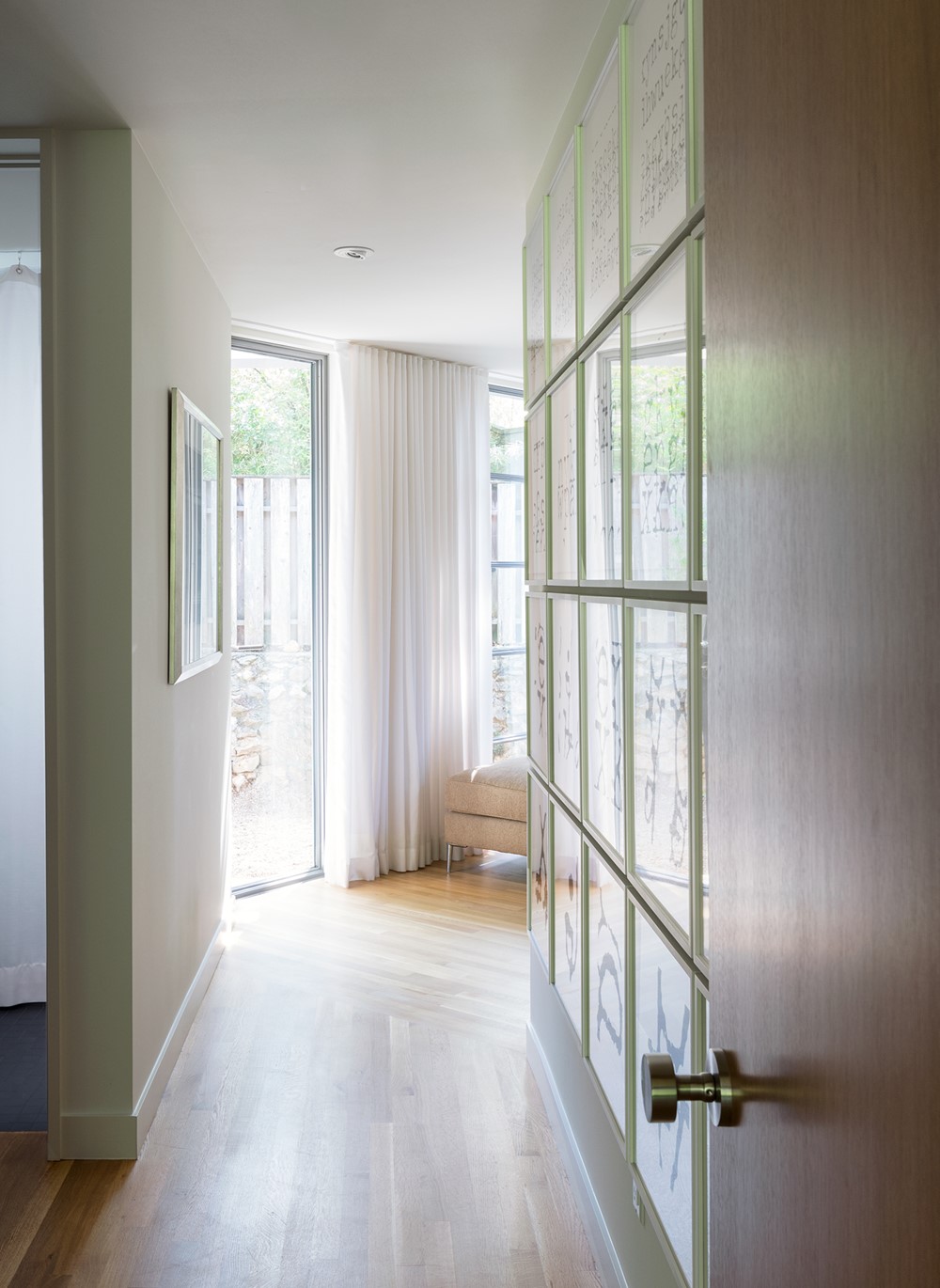 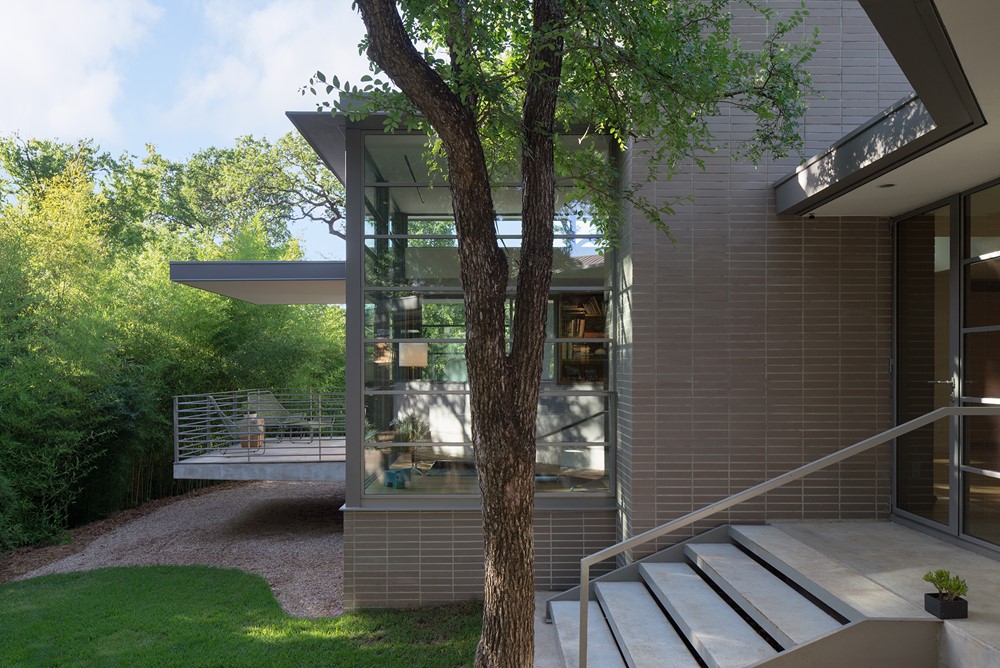 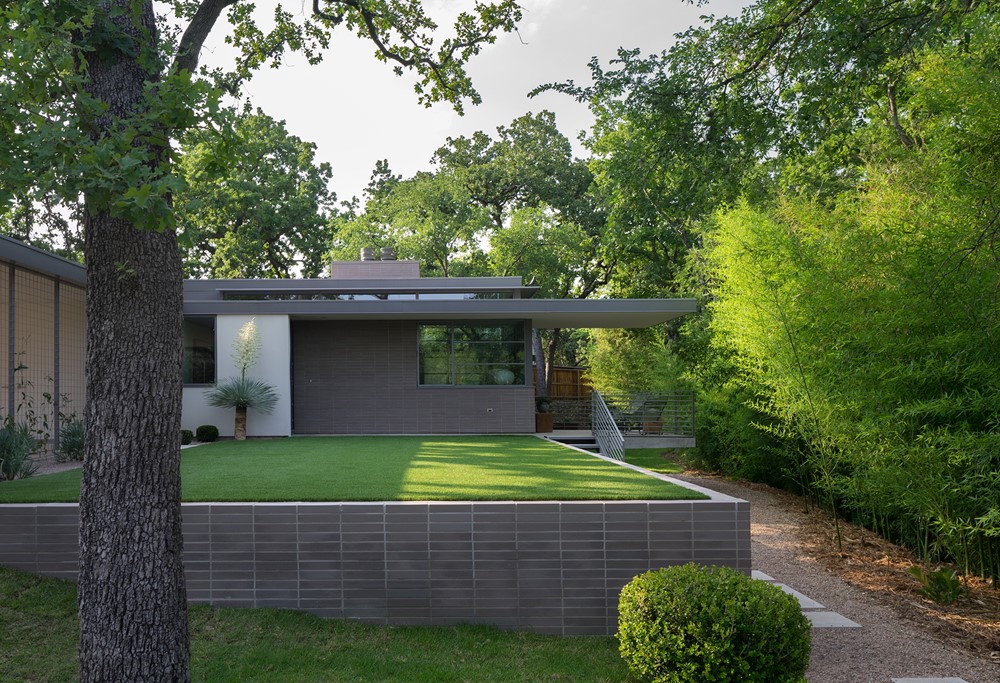 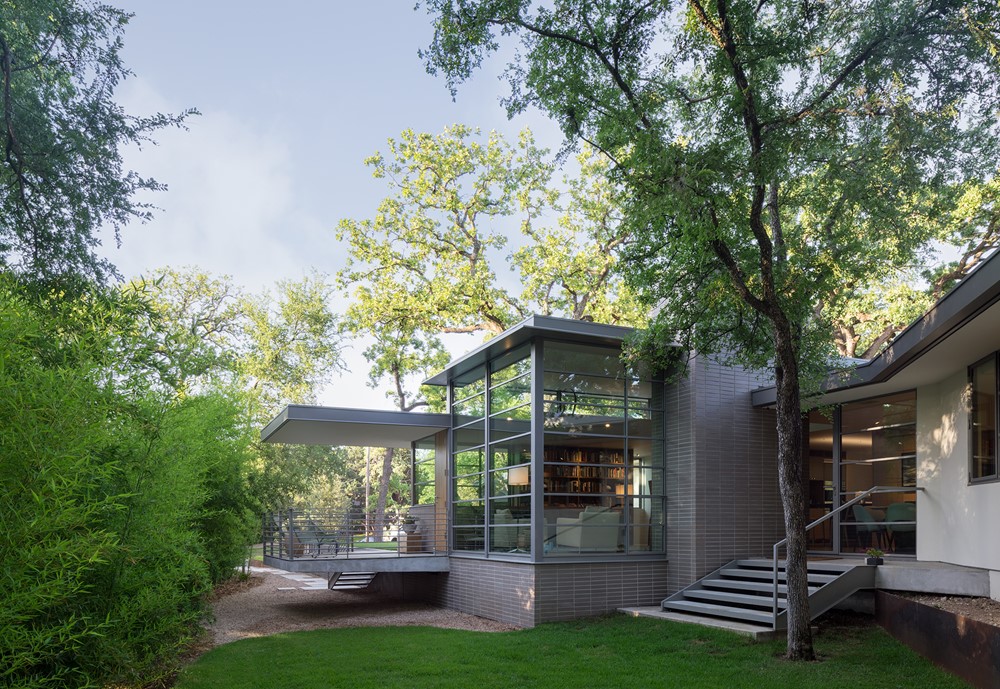 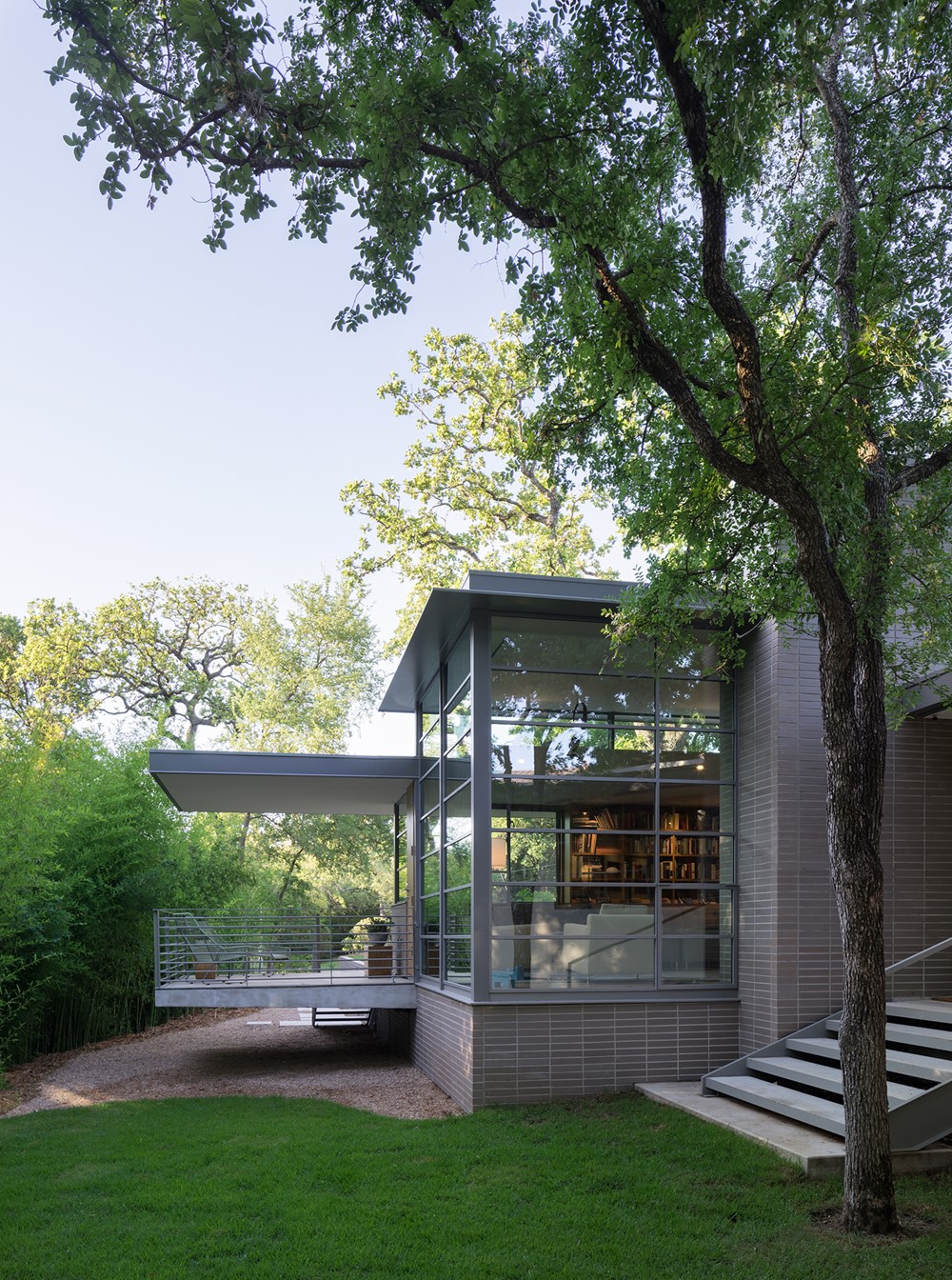 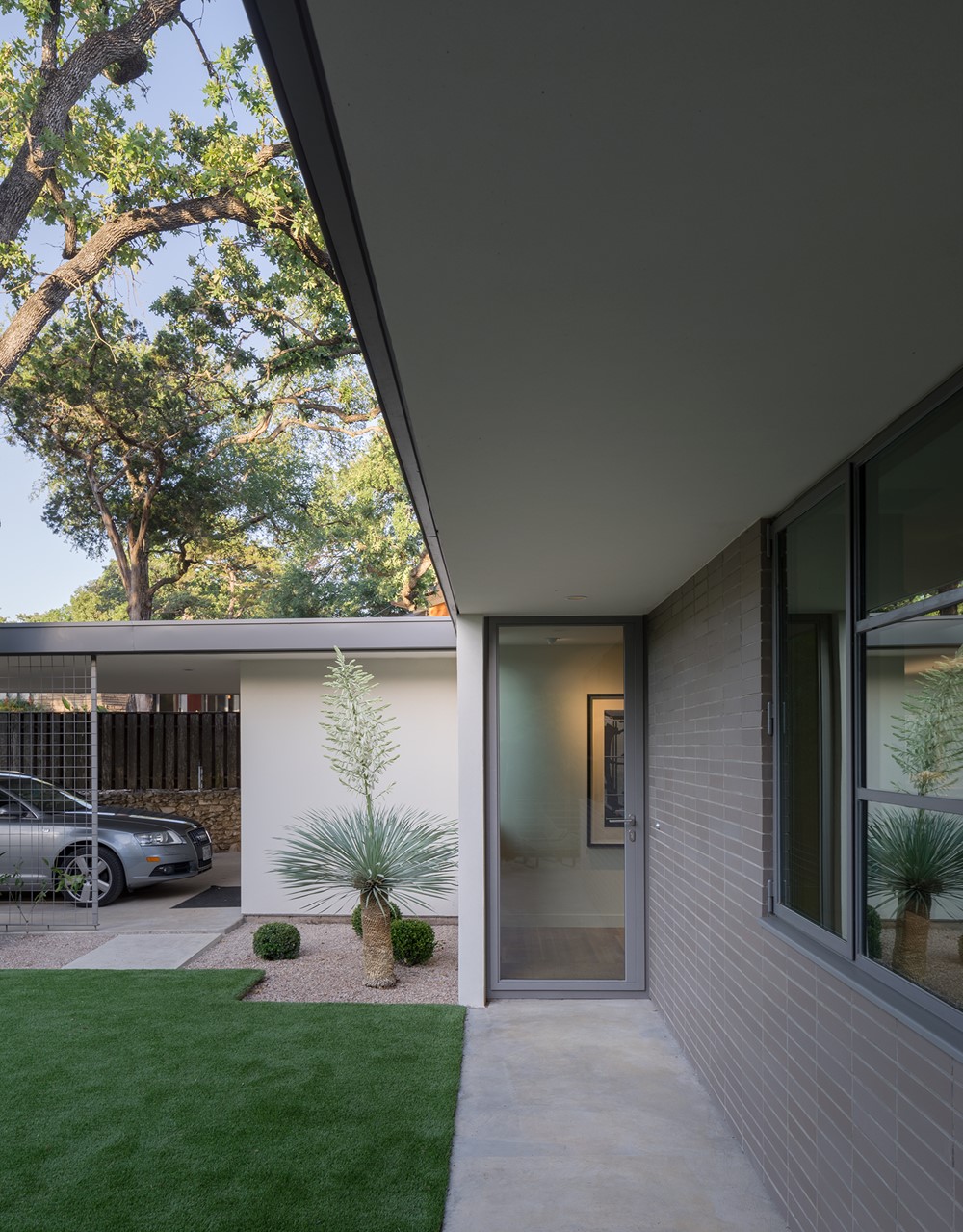 Vegetation was thinned and pushed back to the creek bank establishing an “edge of wild” which serves as a privacy screen and demarcates the line between native and manicured landscape. Visitors enter the property and travel along this edge to a porch cantilevering over the wild. The house is then entered through a small vestibule into a new 700 sf, central “jewel box” which from the street obscures views of the apartment building beyond.
The existing house was gutted and reconfigured. The original 8ft ceilings are dramatically contrasted by the new central volume. Its roof, floating above continuous clerestory windows, provides soft balanced daylight while framing views into property’s mature post oak canopy.
In an effort to make an asset of the creek, site development and the addition of the “jewel box” have removed the apartment complex from the experience of the property. In doing so, the cul-de-sac on which the home sits, is partially restored to its mid-century roots.