The suspended house is a project designed by Giuliano Marchiorato Arquitetos. Amplifying the building’s characteristics was the design premise. The contemporary language and its materiality brought into the apartment through natural elements and sober tones, seeking an integration between external and internal in order to mimic the transition between the interior of the apartment and the balcony that surrounds the entire house, thus making a suspended house. Photography by Eduardo Macarios. 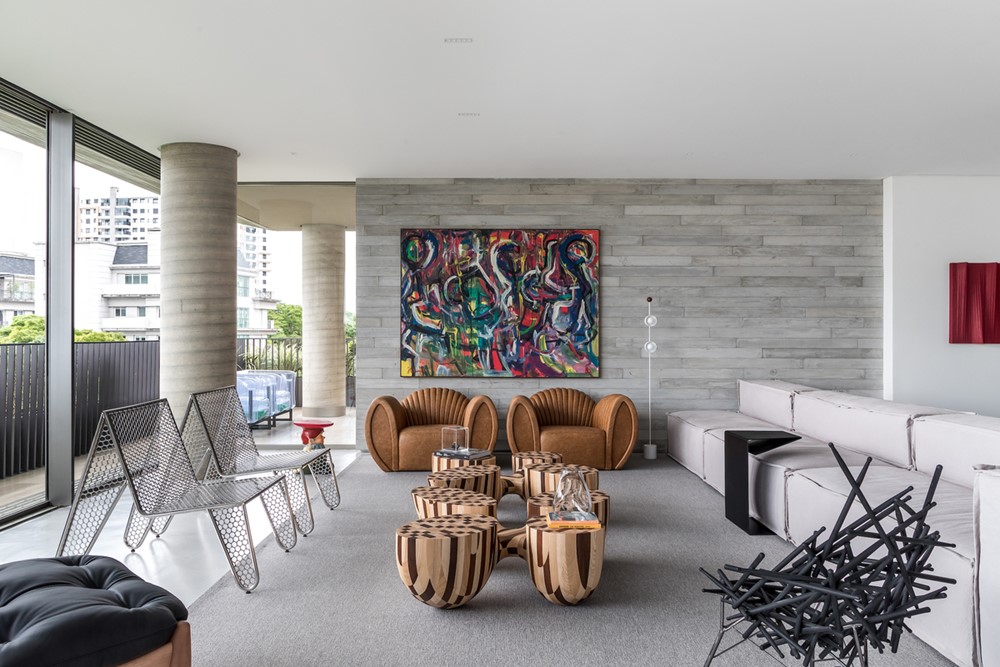 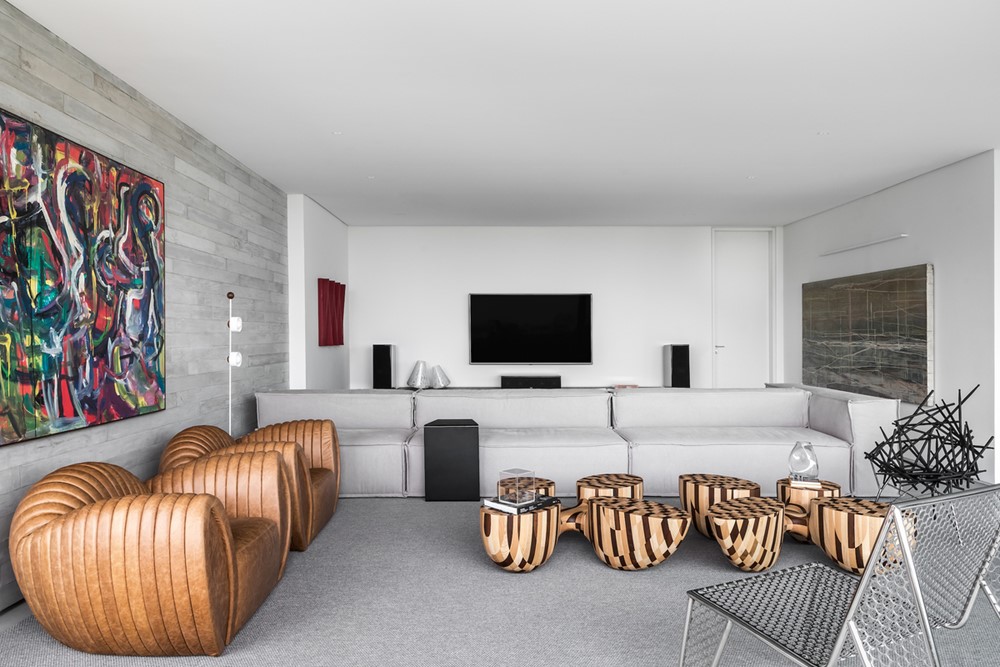 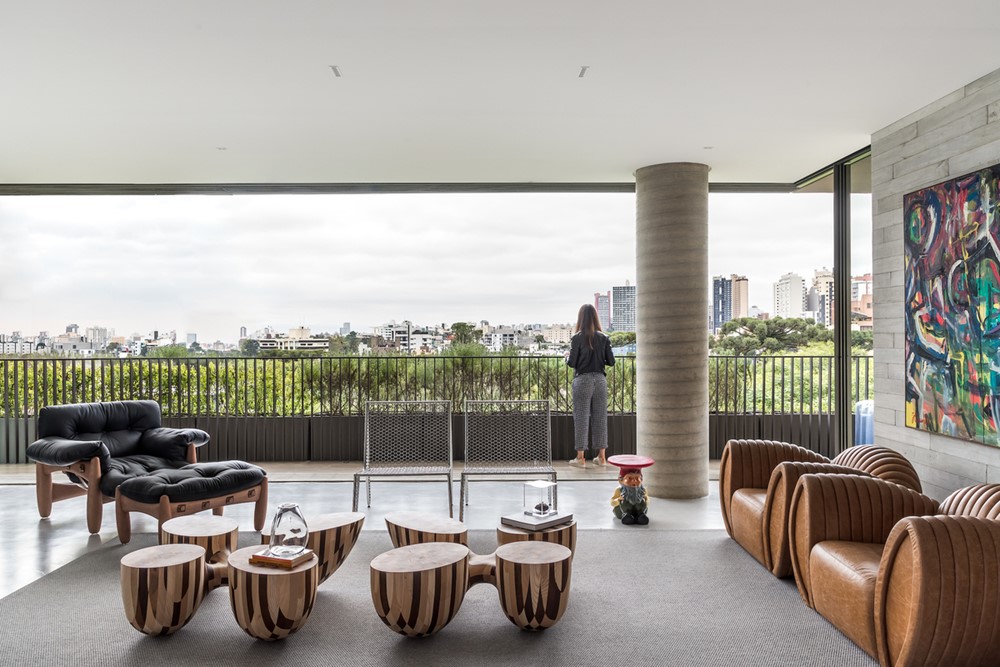 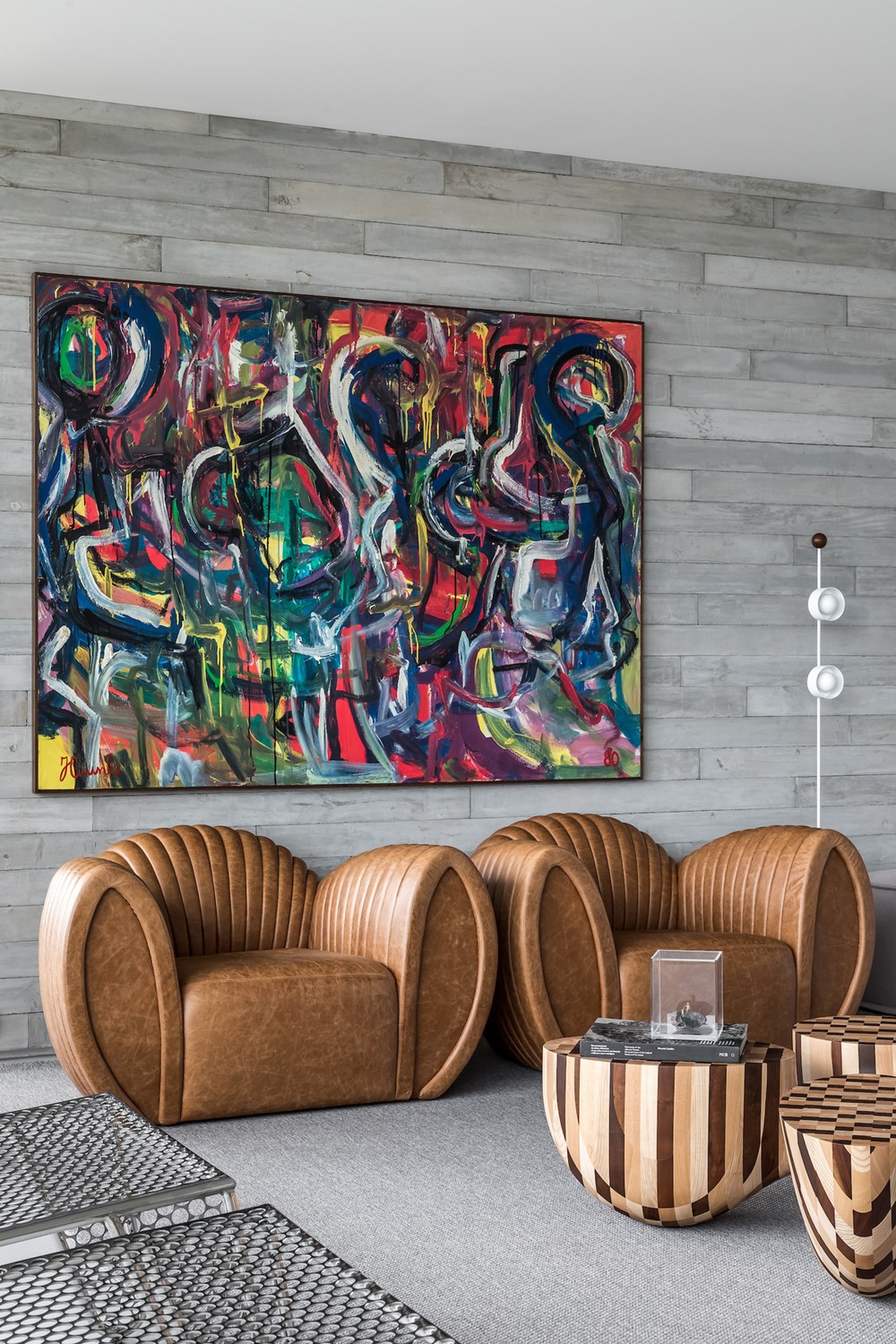 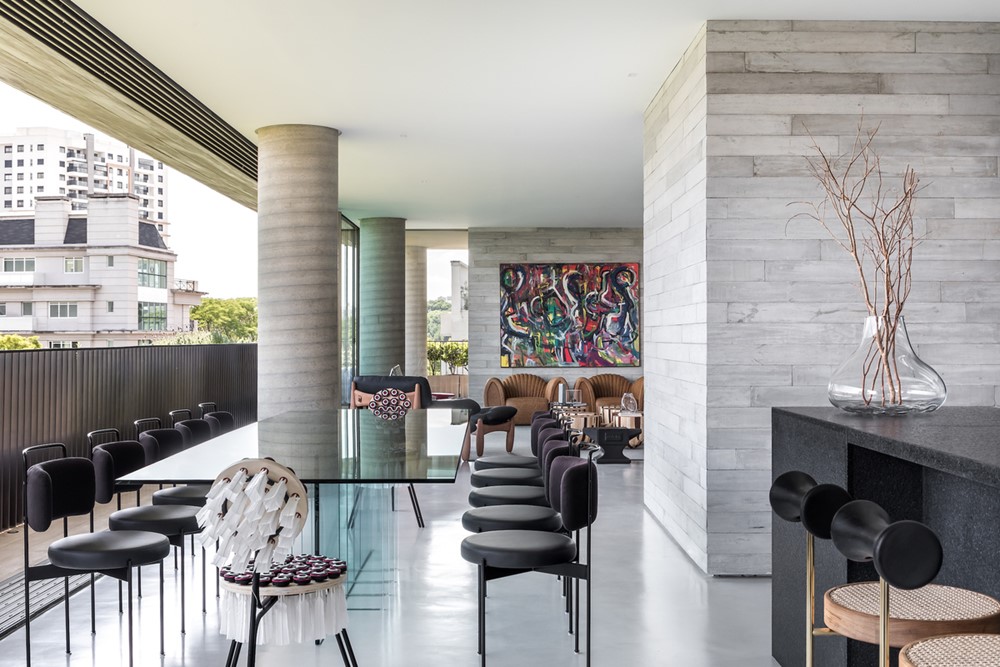 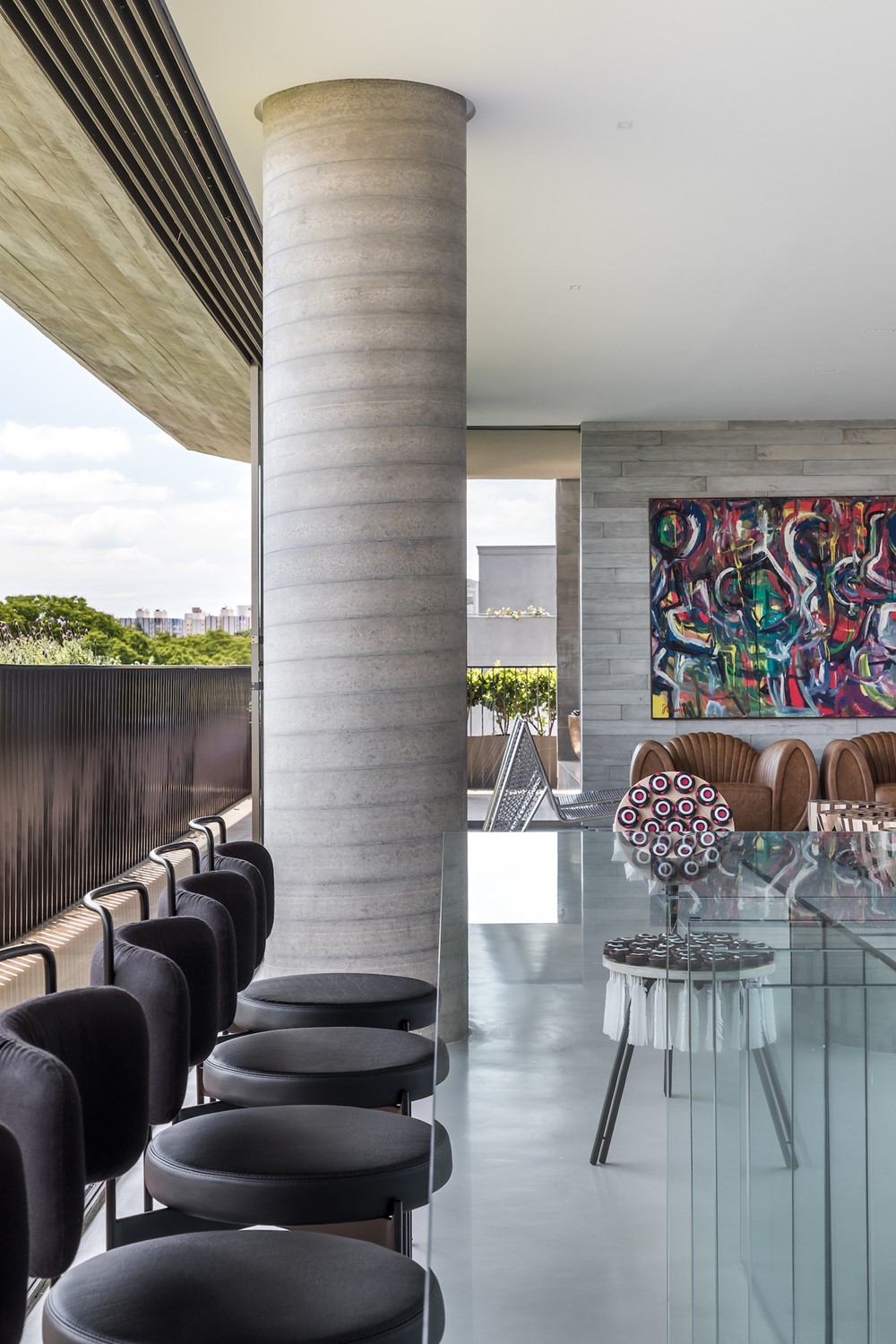 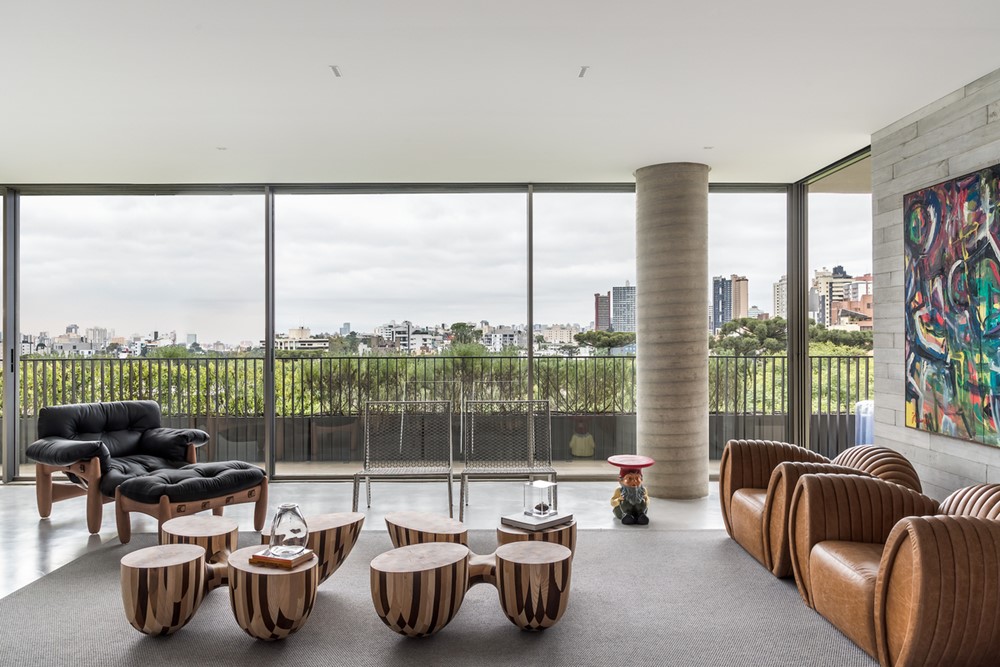 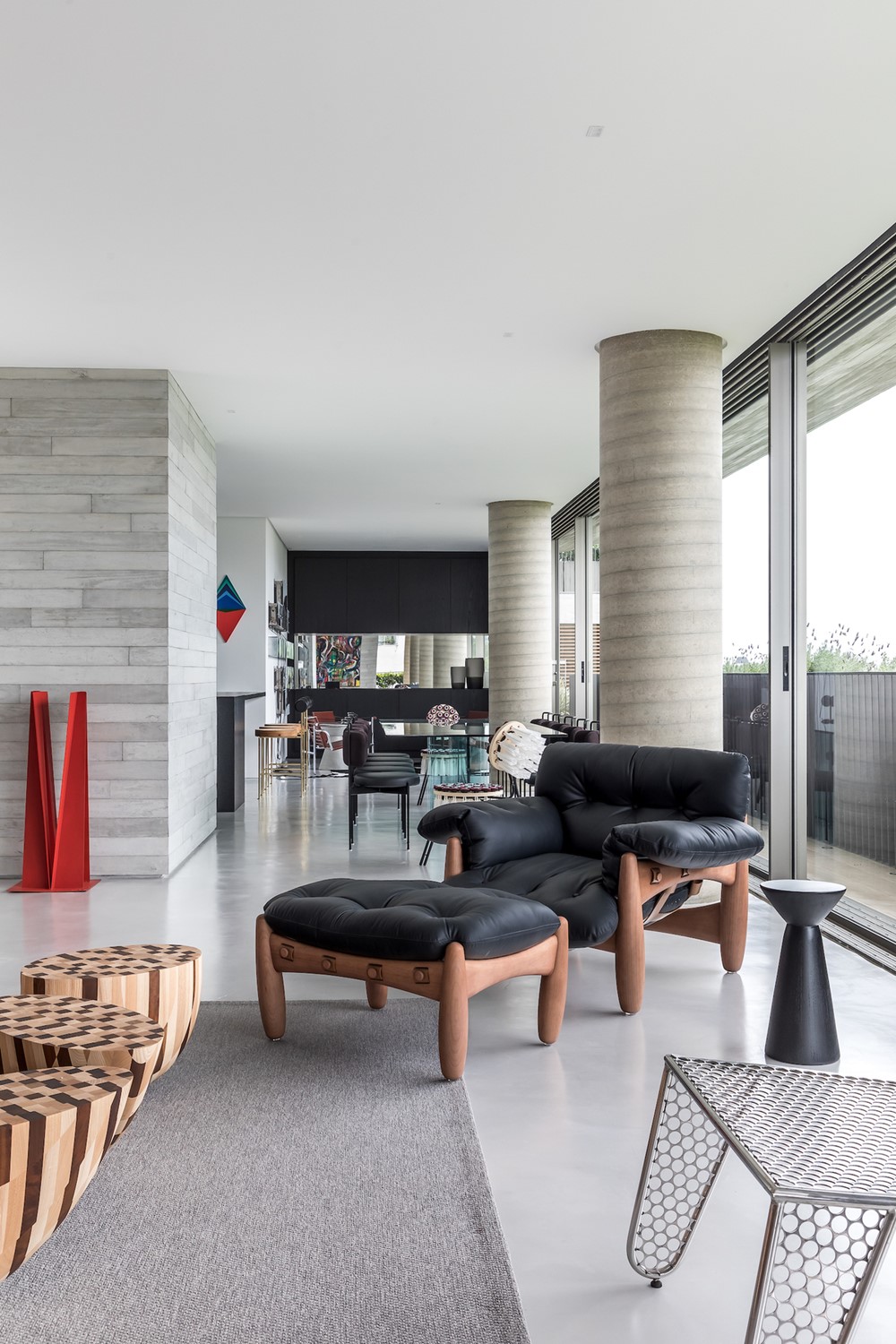 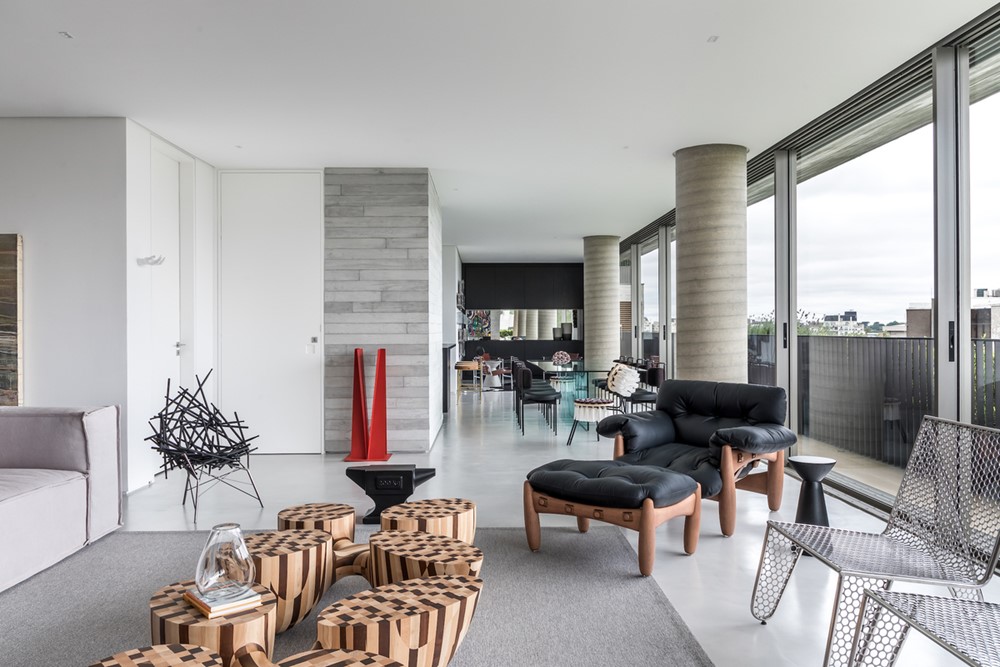 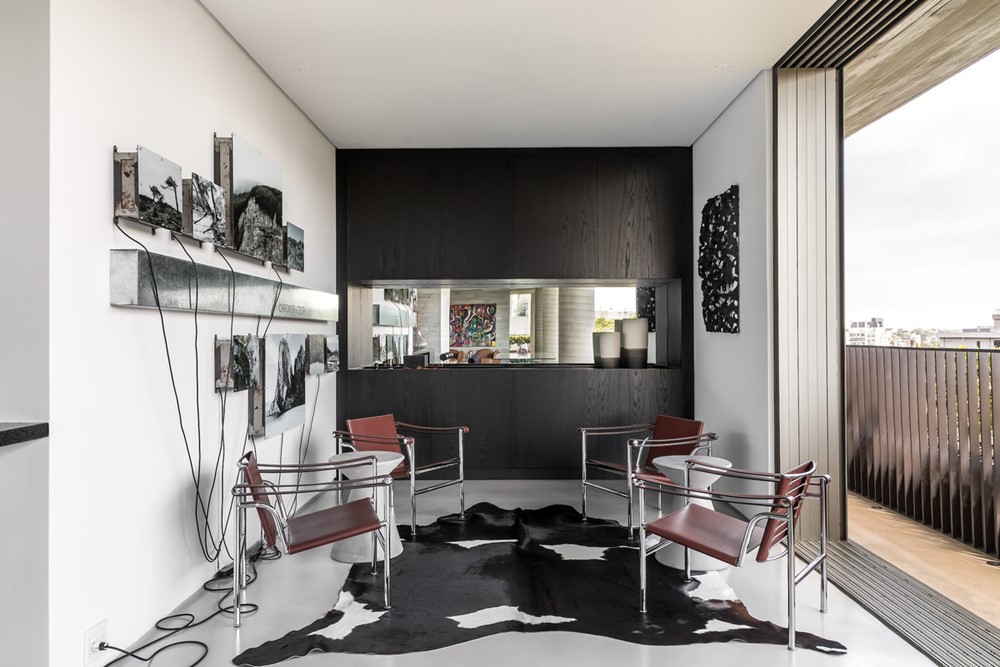 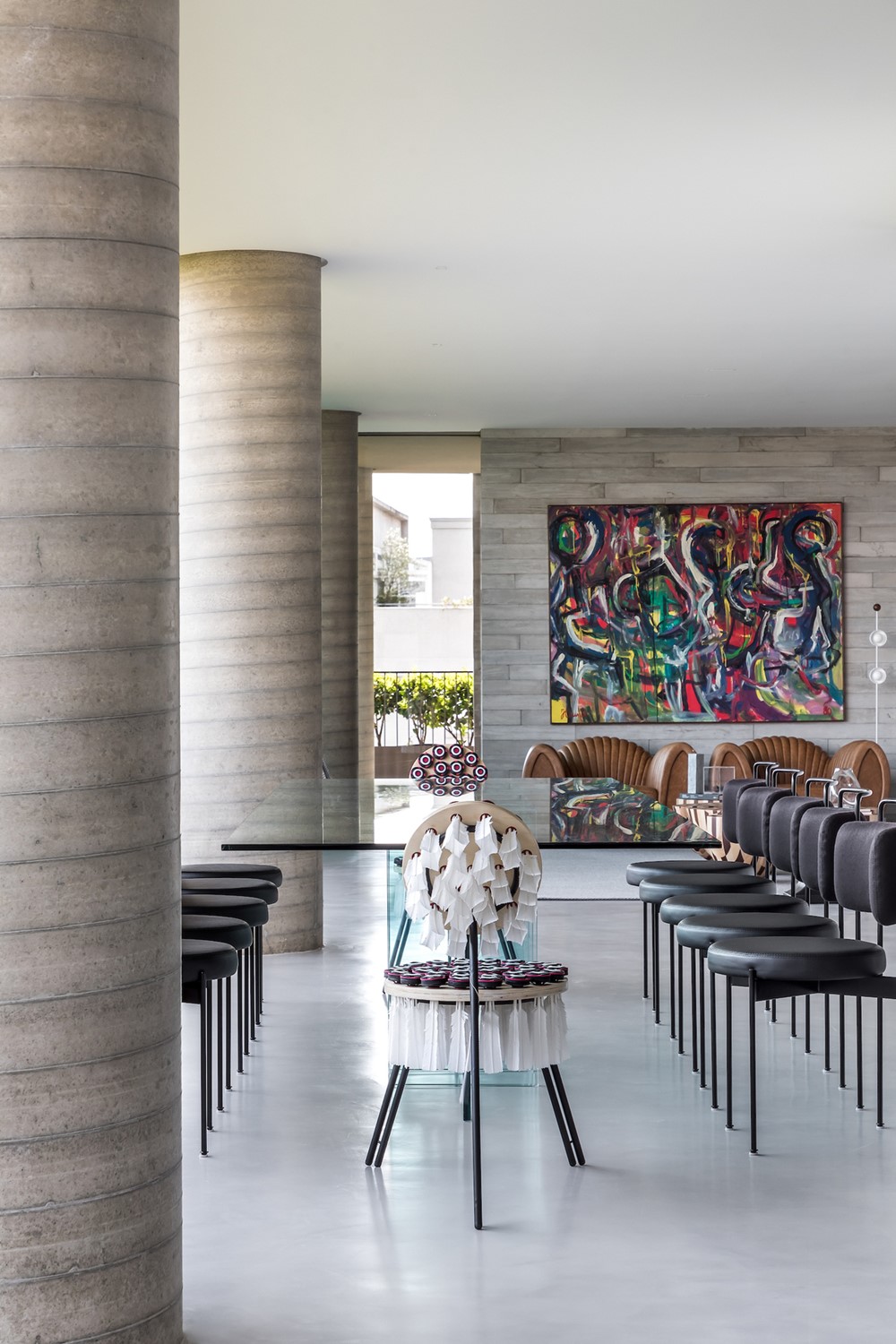 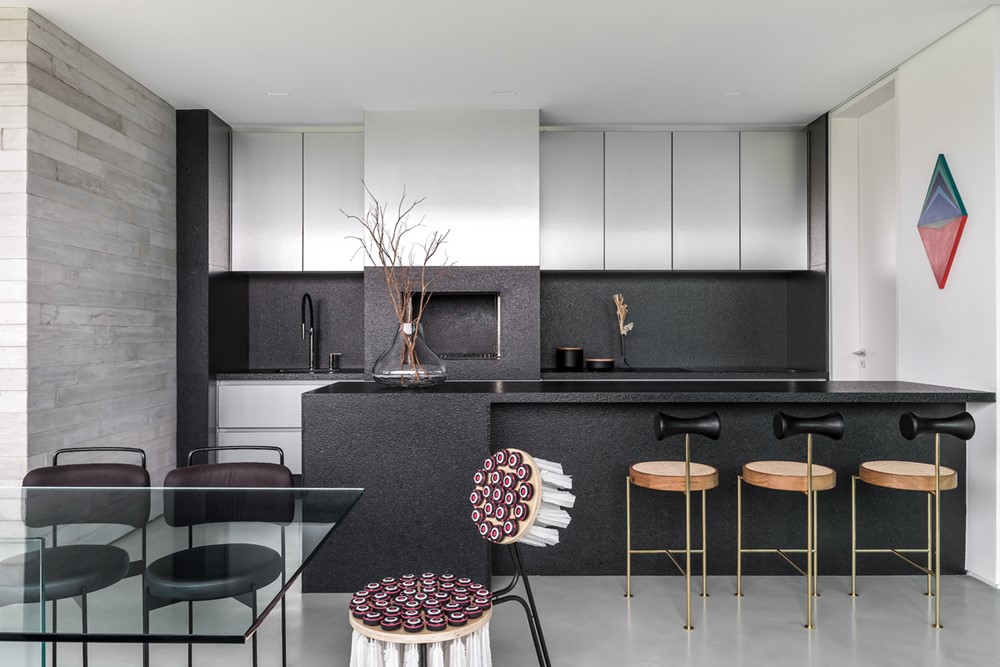 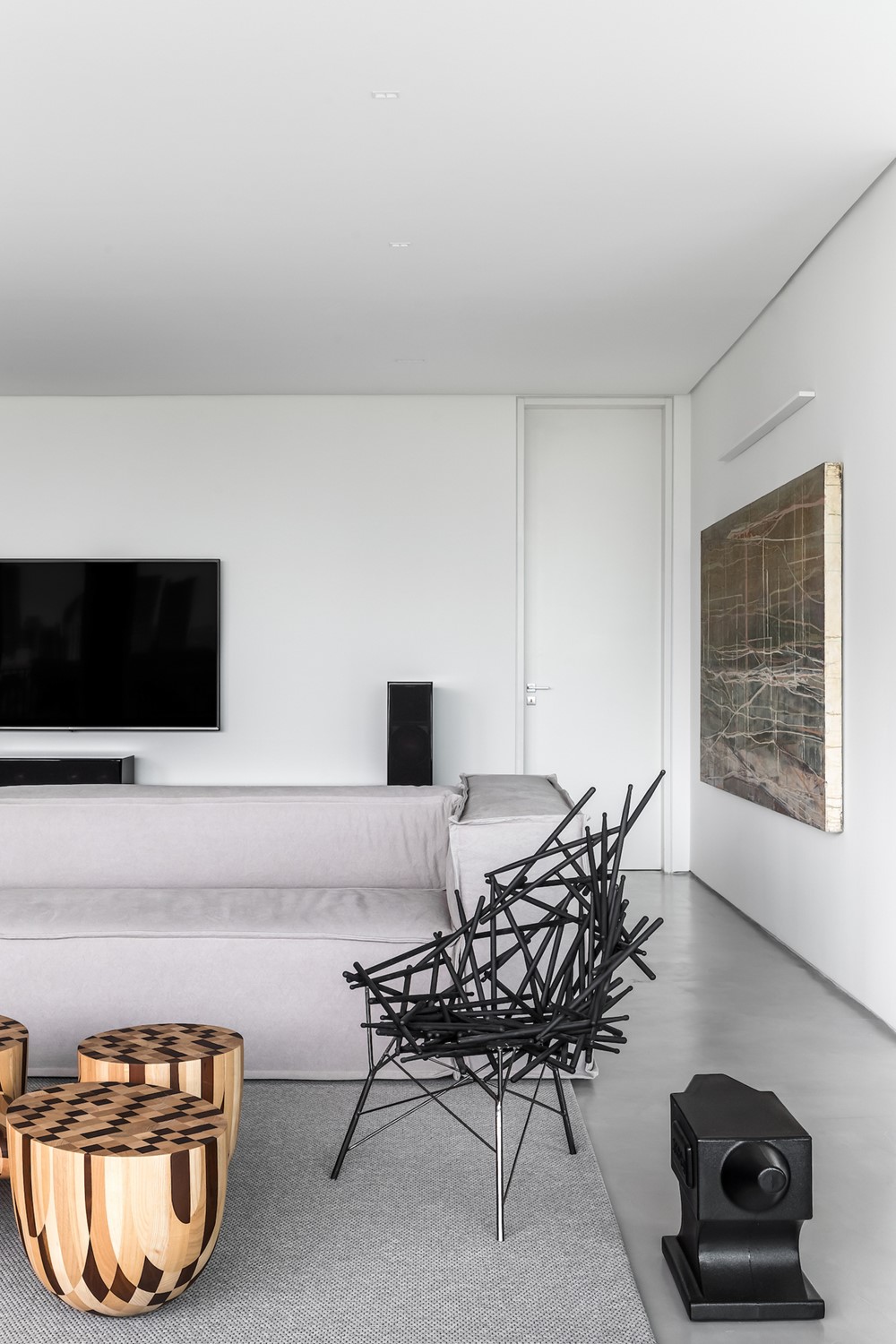 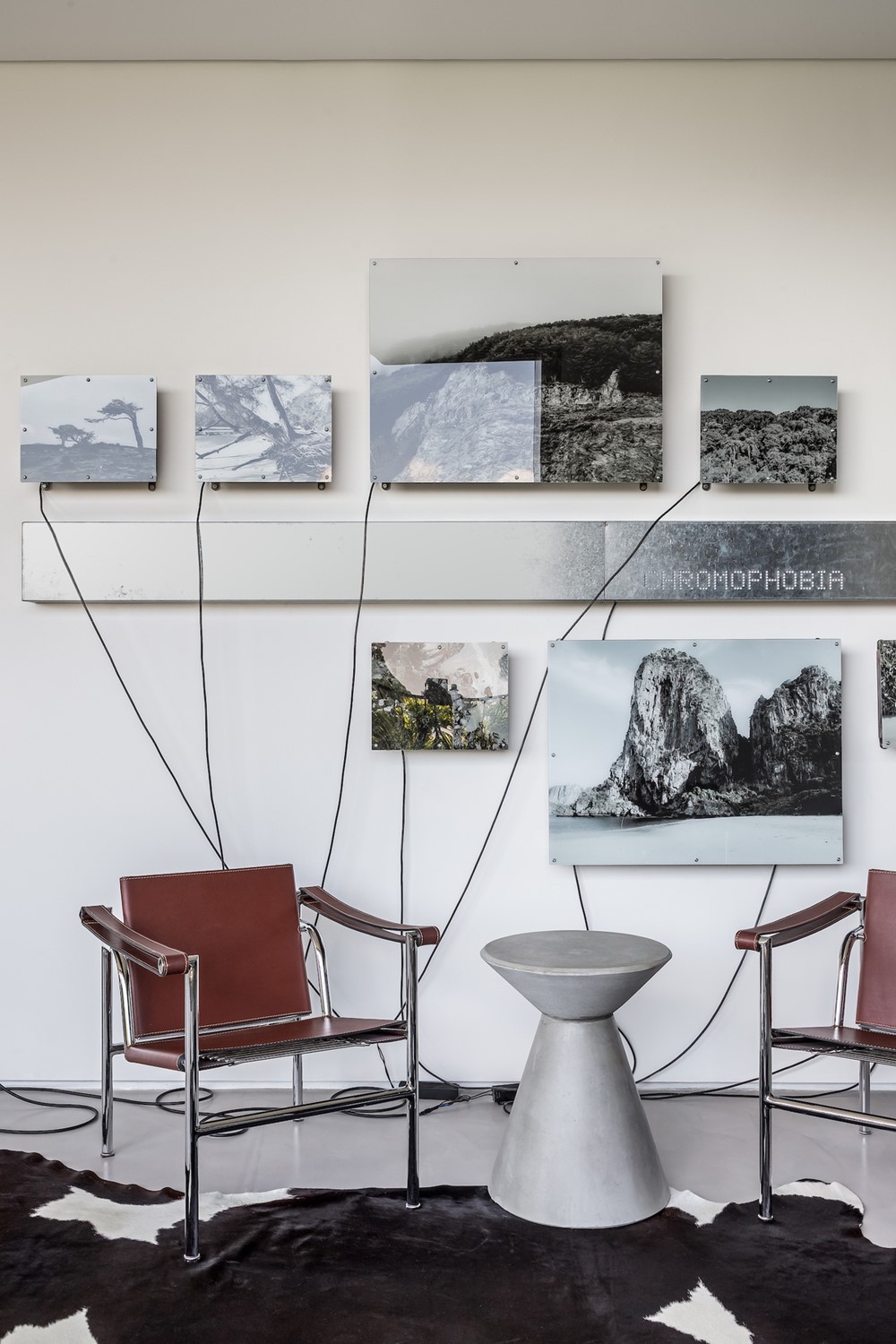 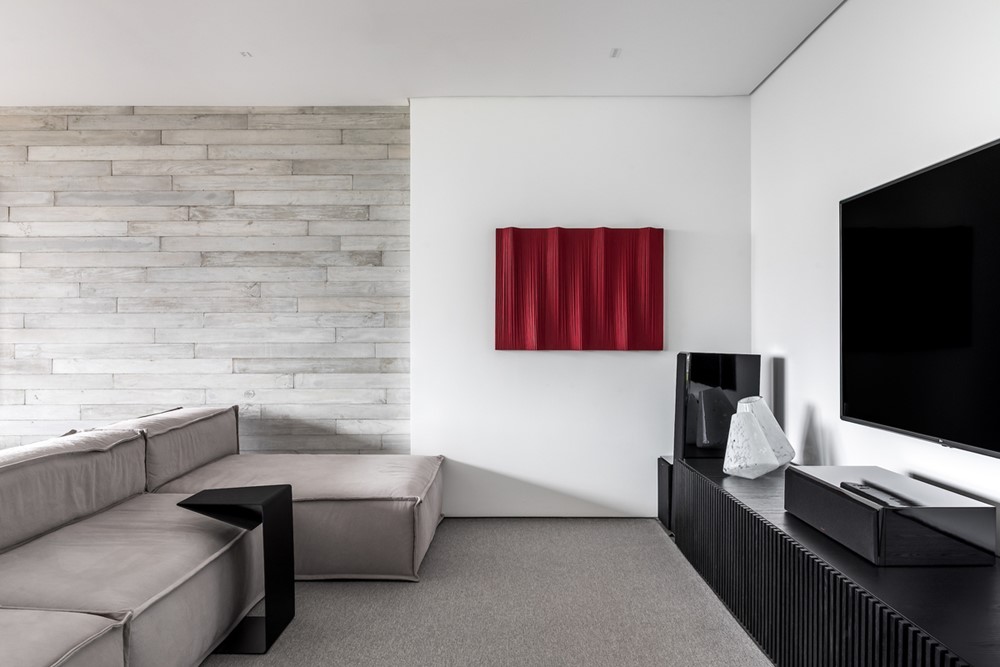 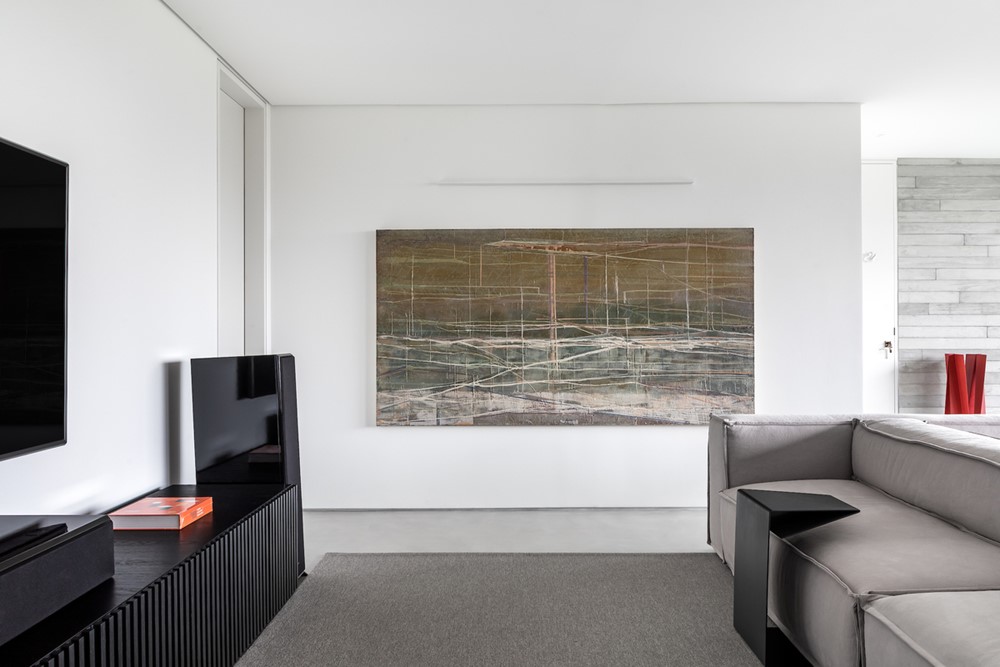 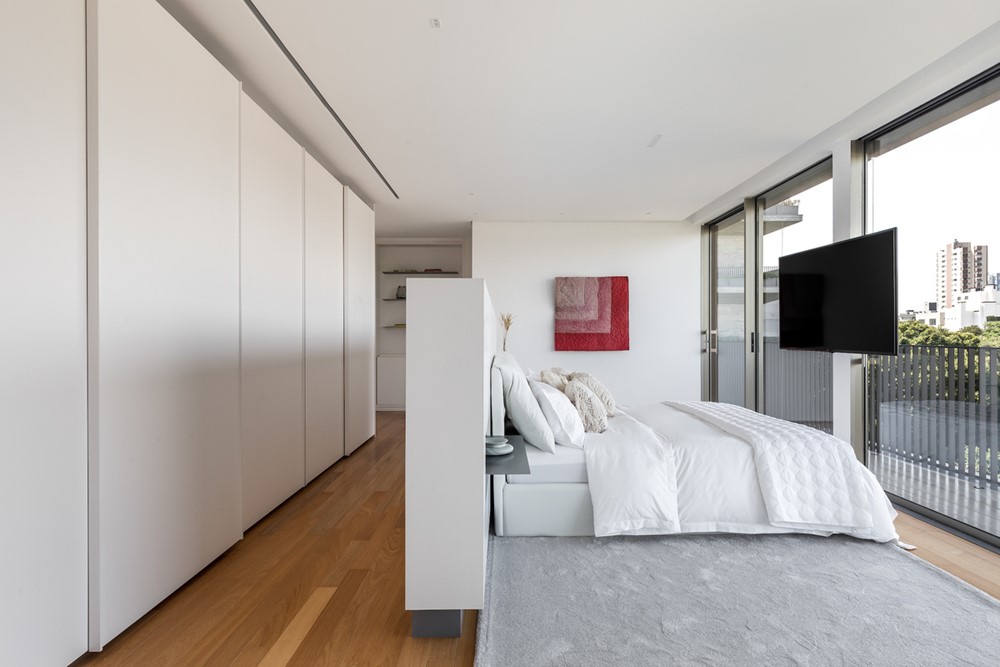 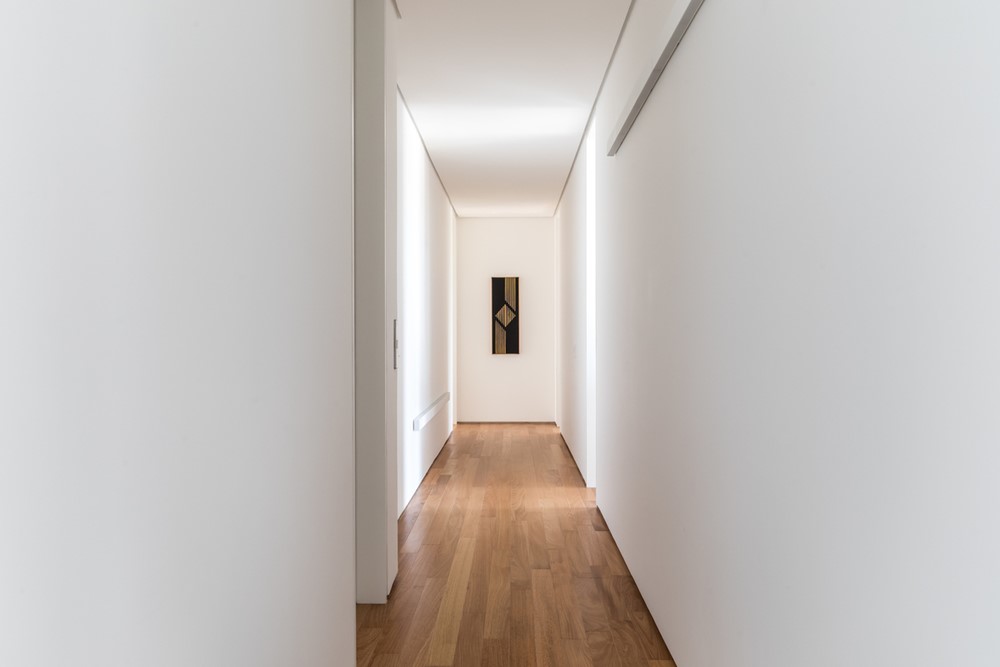 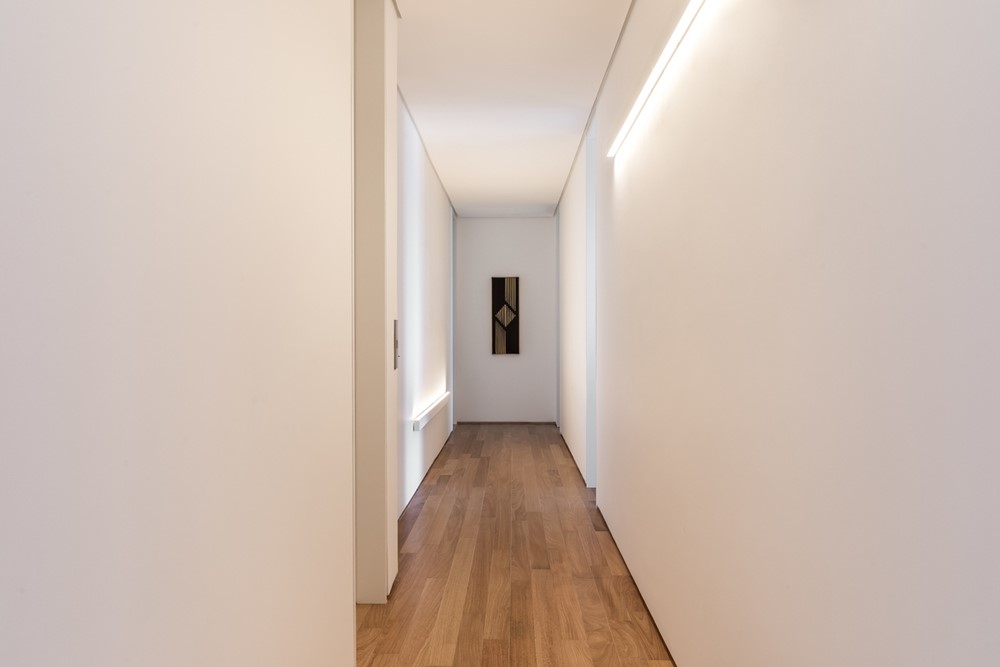 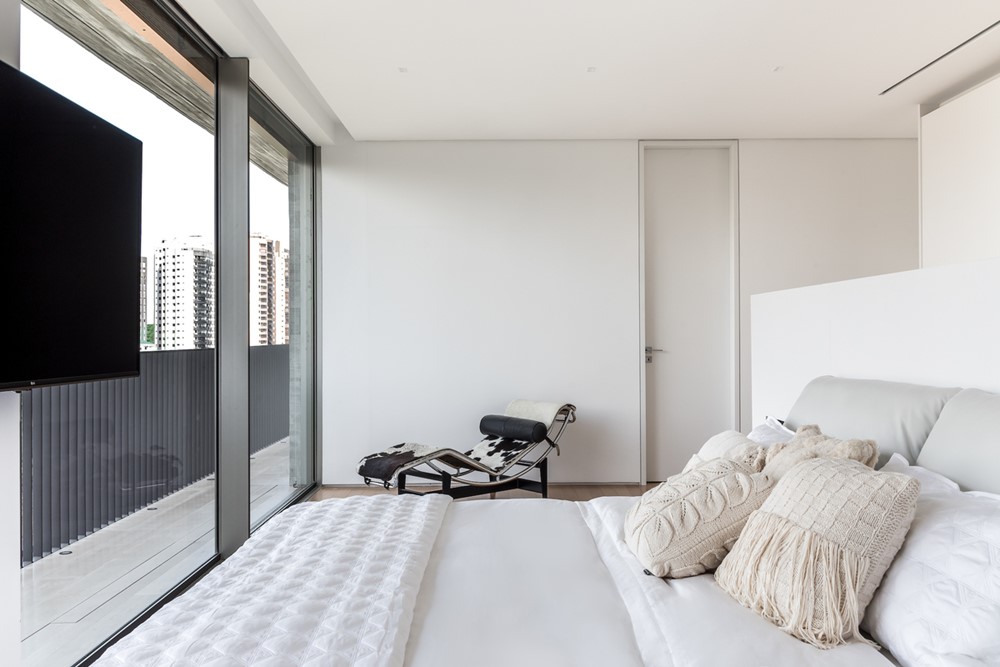 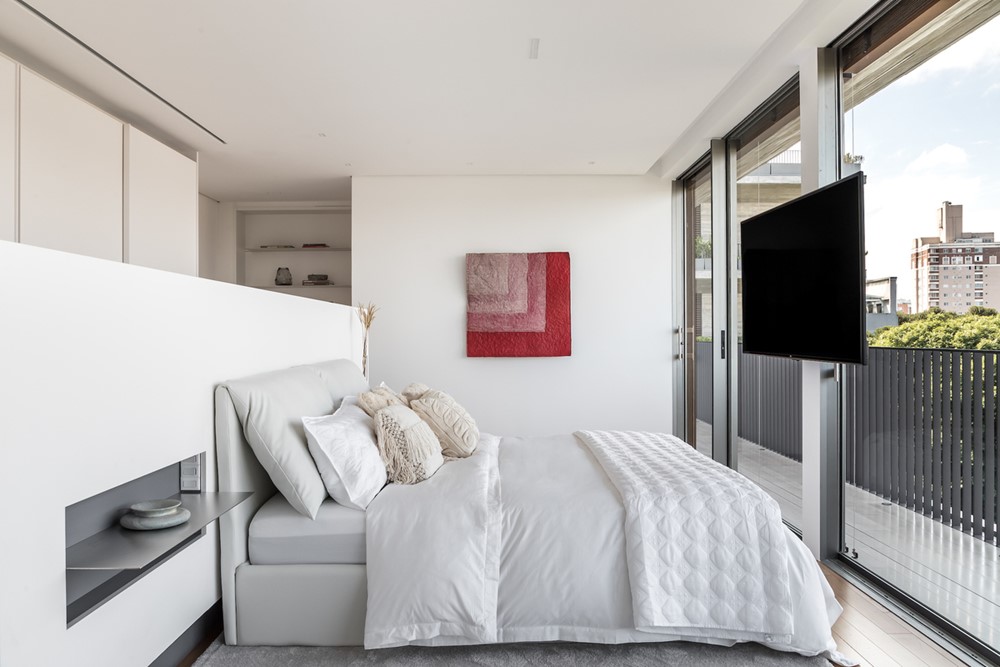 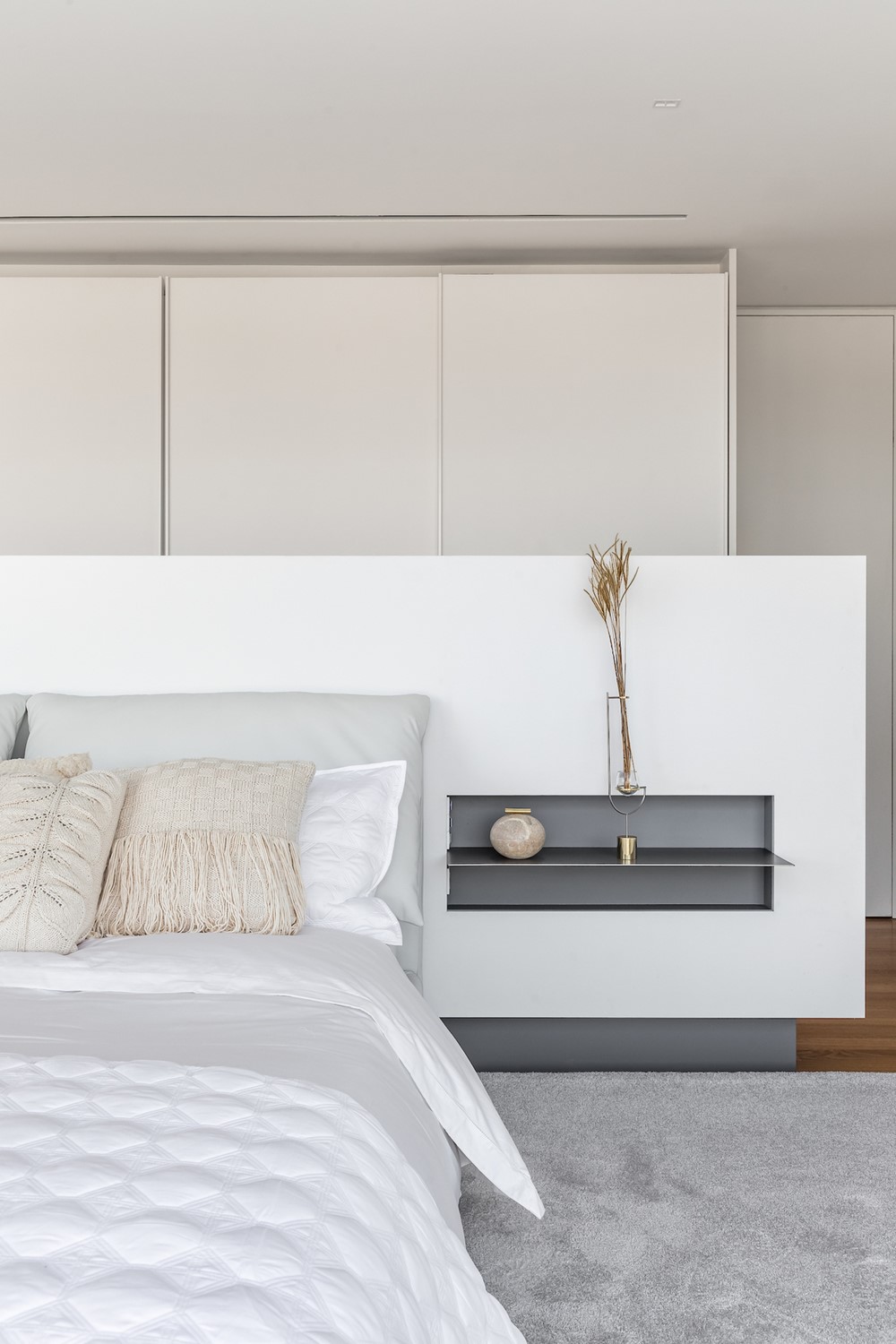 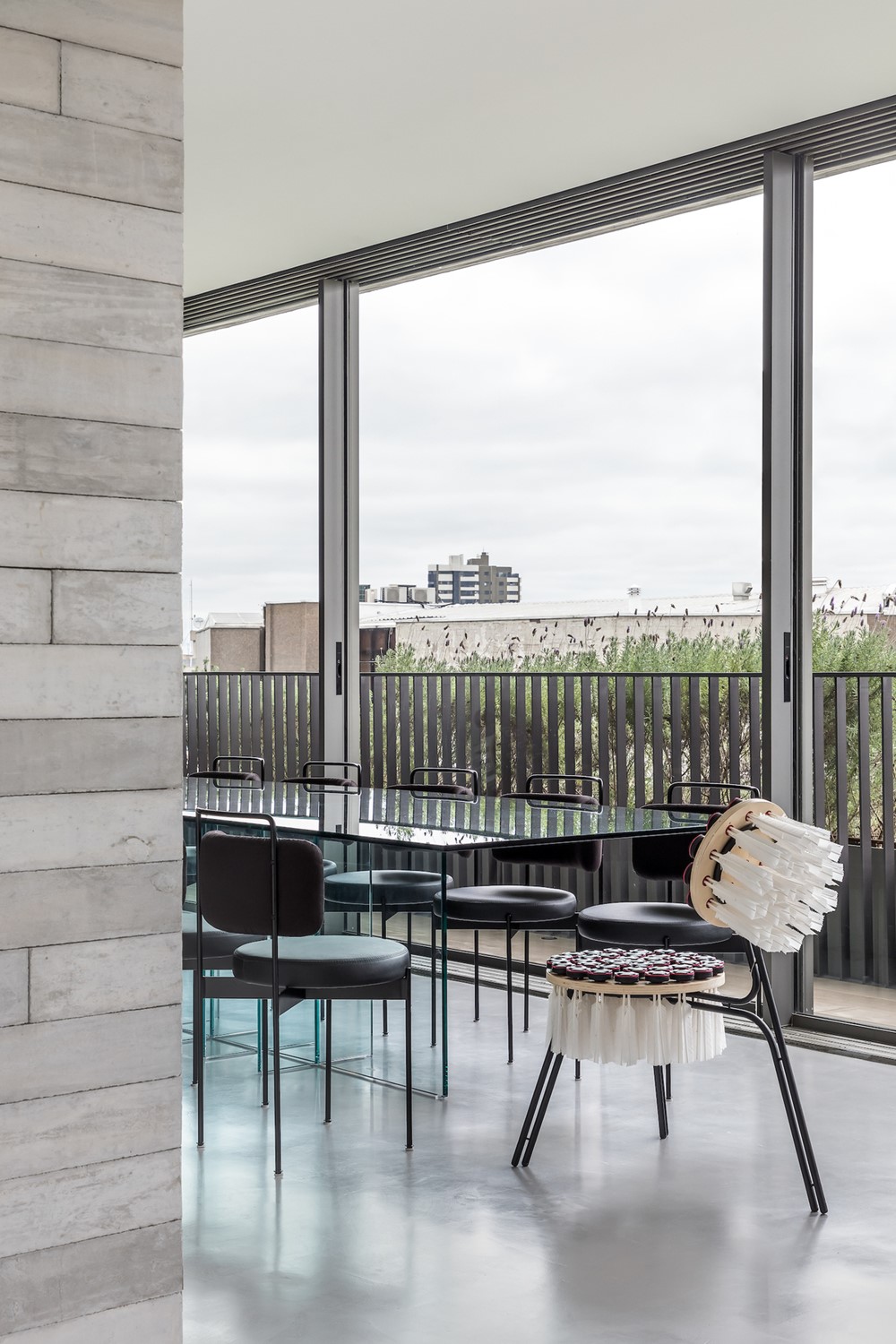 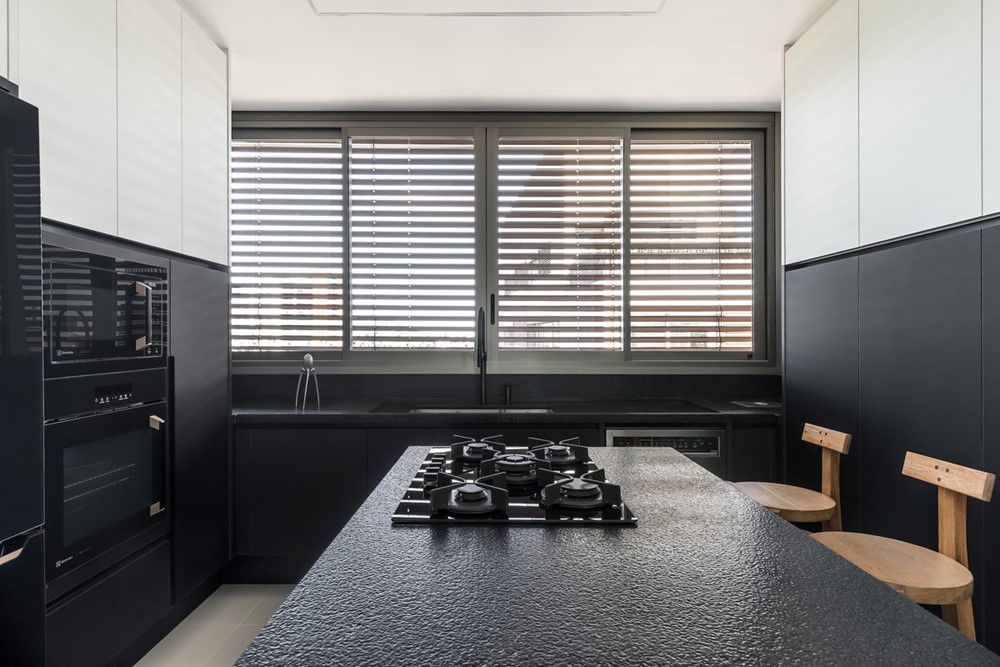 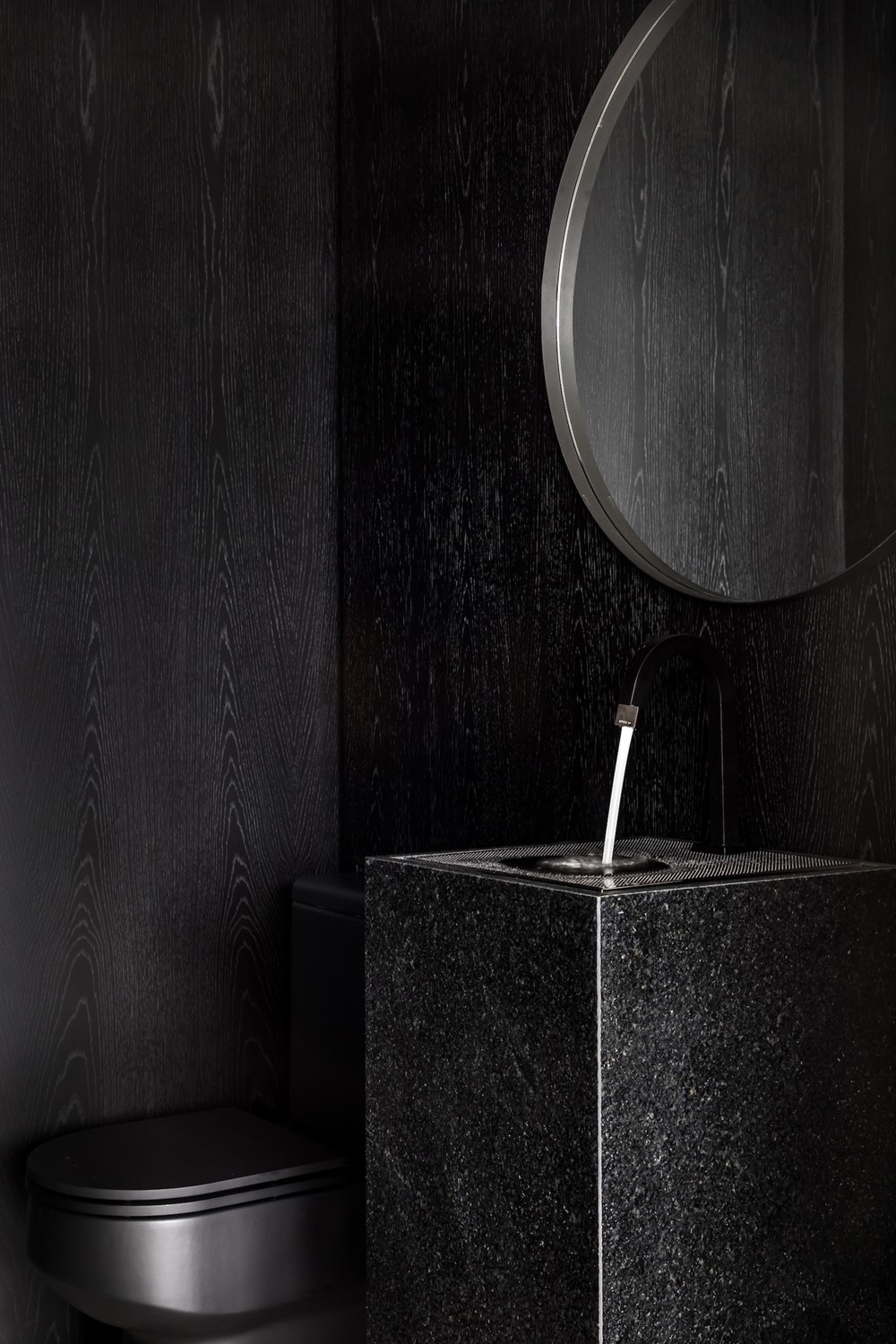 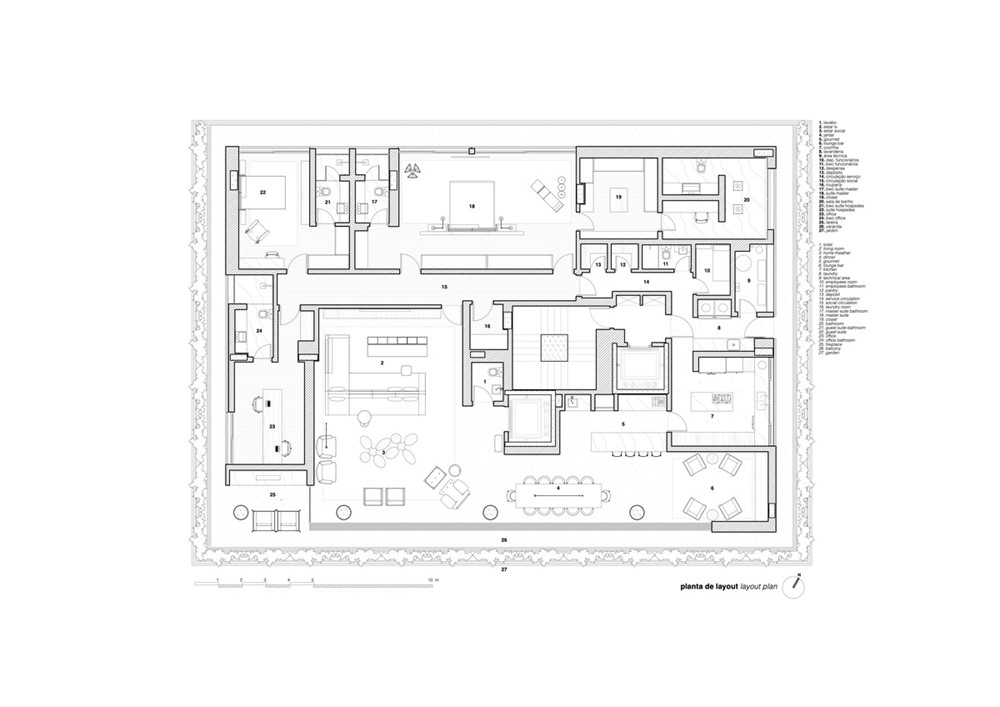 The civil changes are punctual, but defining. The first, a repositioning of the wall in the living room, gaining in amplitude, and delimiting the intimate only for the bedrooms. The other was to remove a bedroom and incorporate the space for the master, enabling a layout that leaves the bed, facing the large fenestration, making the most of the southwest view and gaining in insolation. Reminiscent of a boutique hotel room.
The curatorship of Brazilian furniture made by the architect, who loves design, is part of the existing art collection and the international signed furniture of the family of residents and was chosen to give flexibility to the environments and needs. Choices that give residents the feeling of living in a house, in addition to an apartment. A minimalist, gallery and contemporary suspended house.