The Chimney house by dekleva gregoric architects transforms a single archetypal architectural element into the central theme of the house, all while referencing vernacular and regionalist architectural elements, such as the gabled roof. Positioned on the borderline of the village it clearly relates to the adjacent wooden barn with its dark oiled larch boards, but with its distinctive volumetric identity it moves deliberately away from its vernacular neighbor and prefers to draw parallels with the 16th century church, creating a dialogue between the two. Photography by Flavio Coddou. 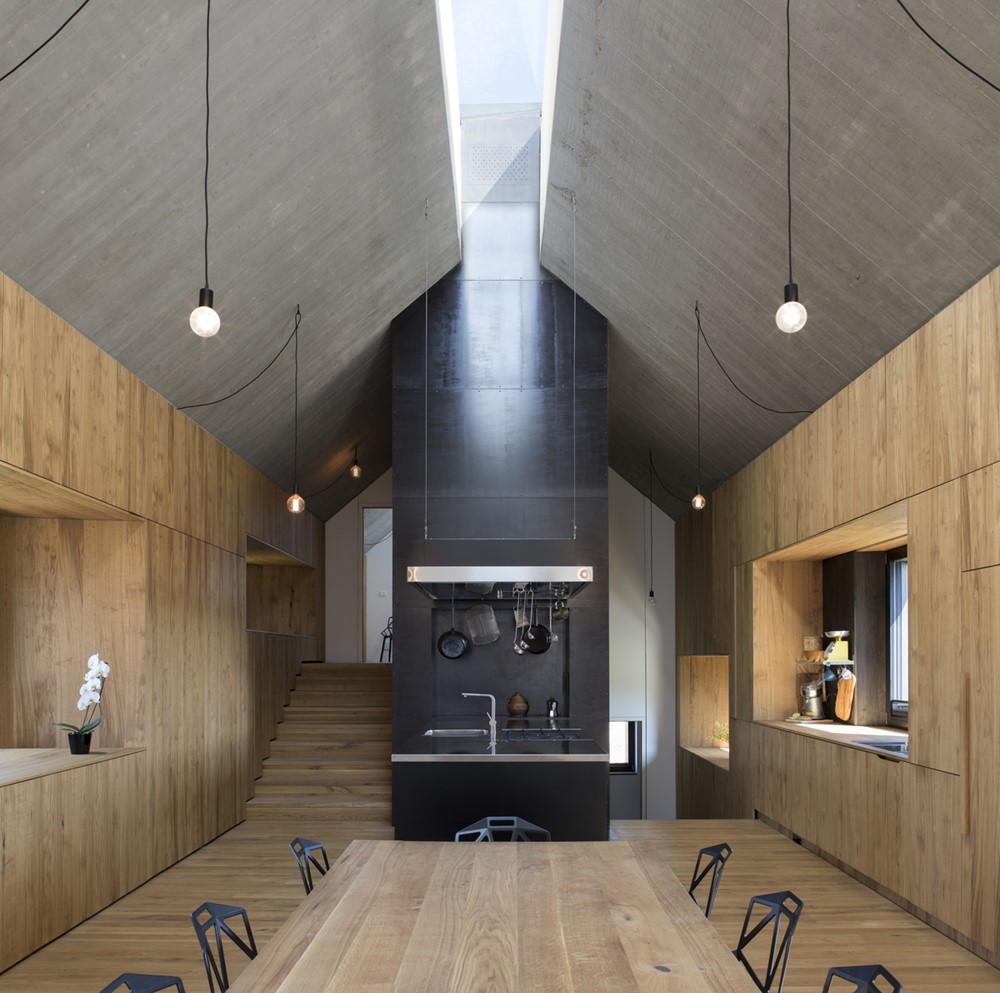 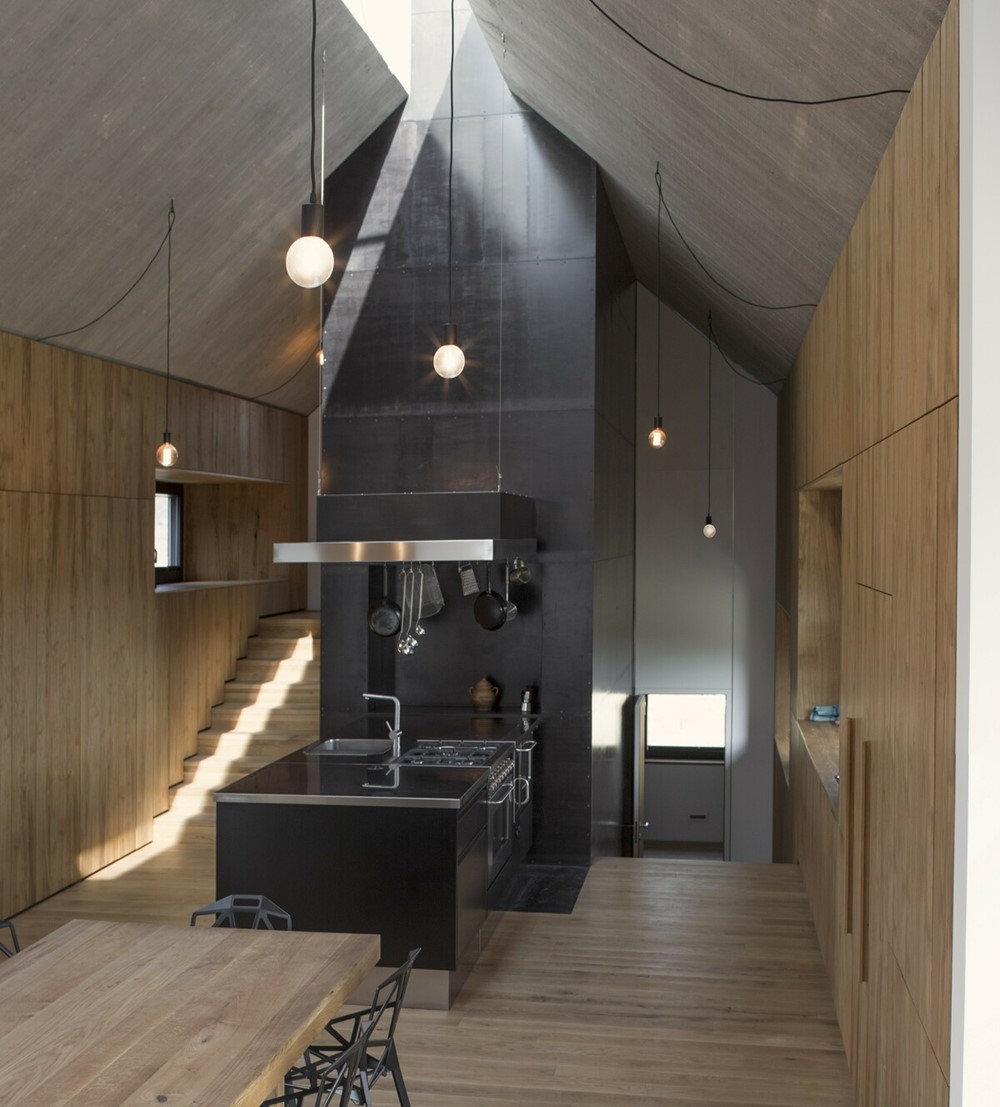 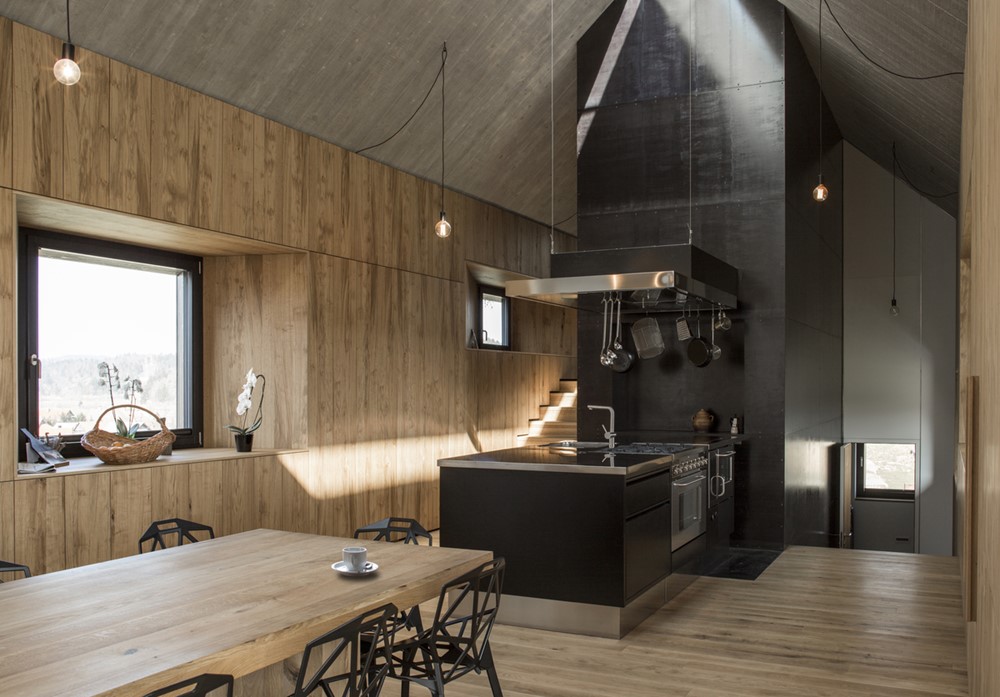 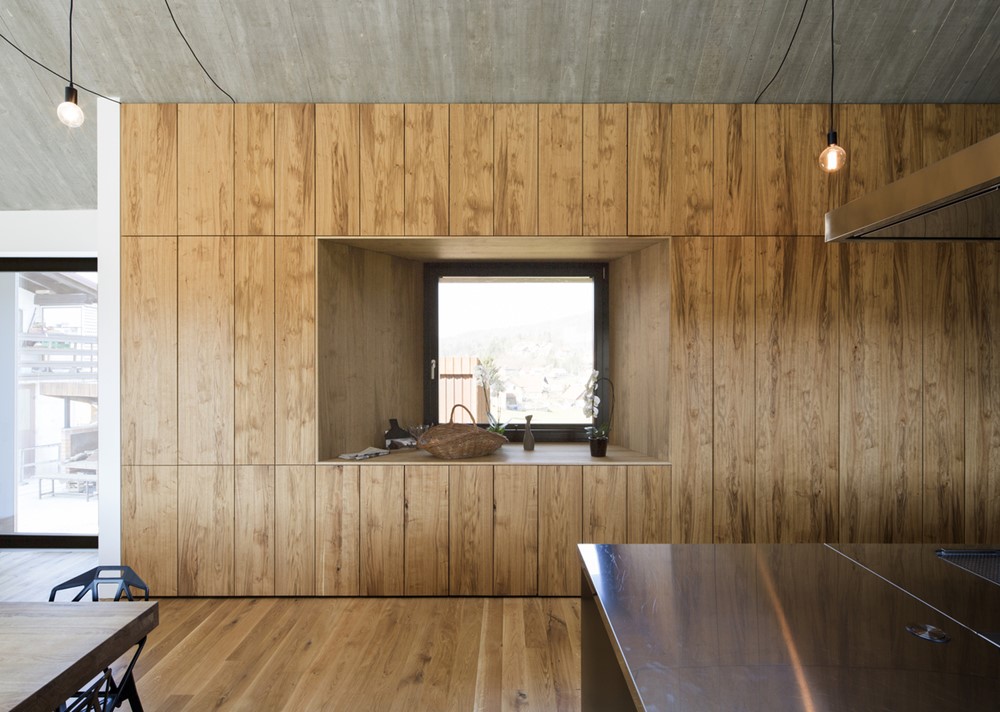 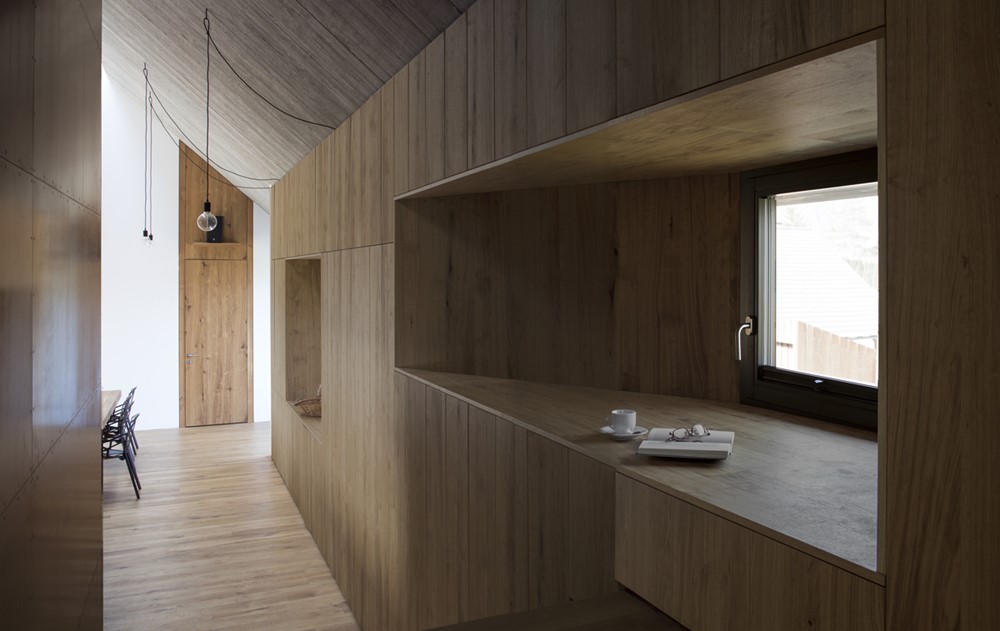 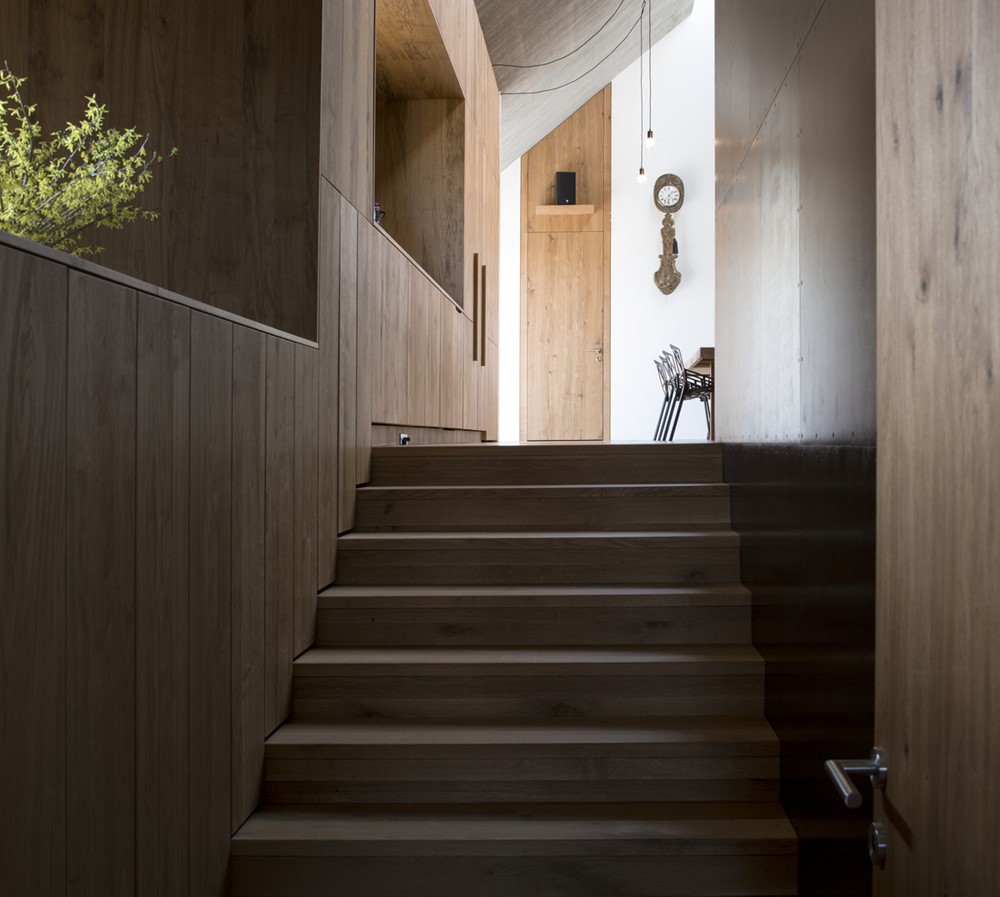 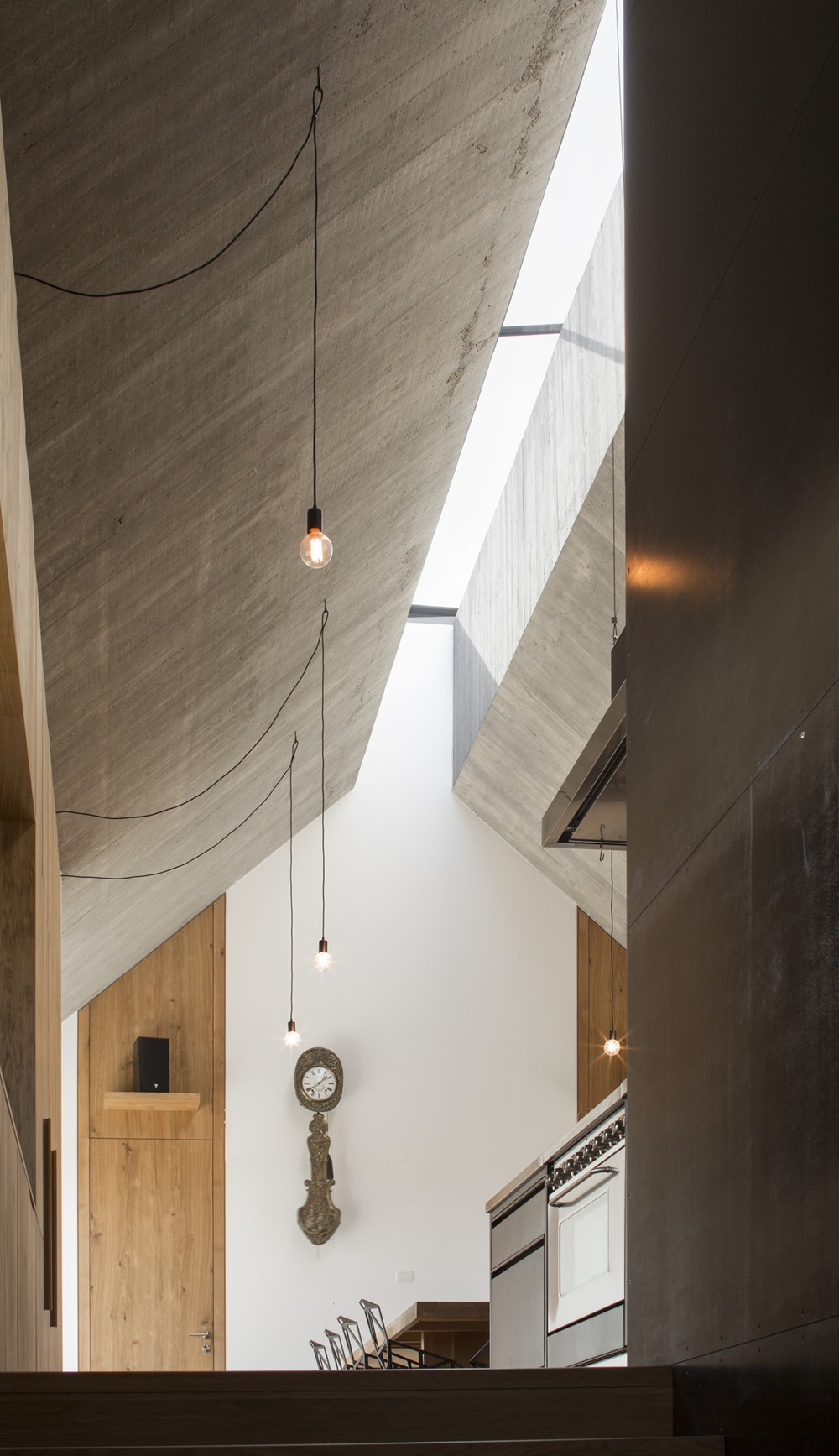 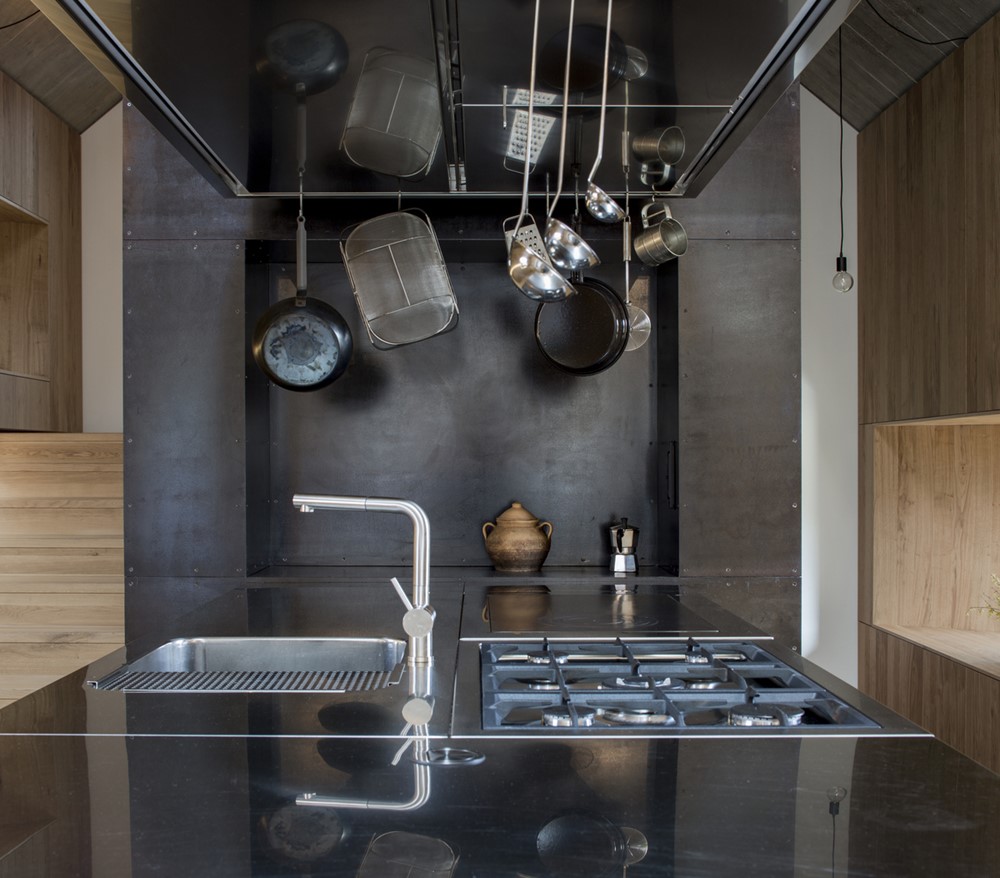 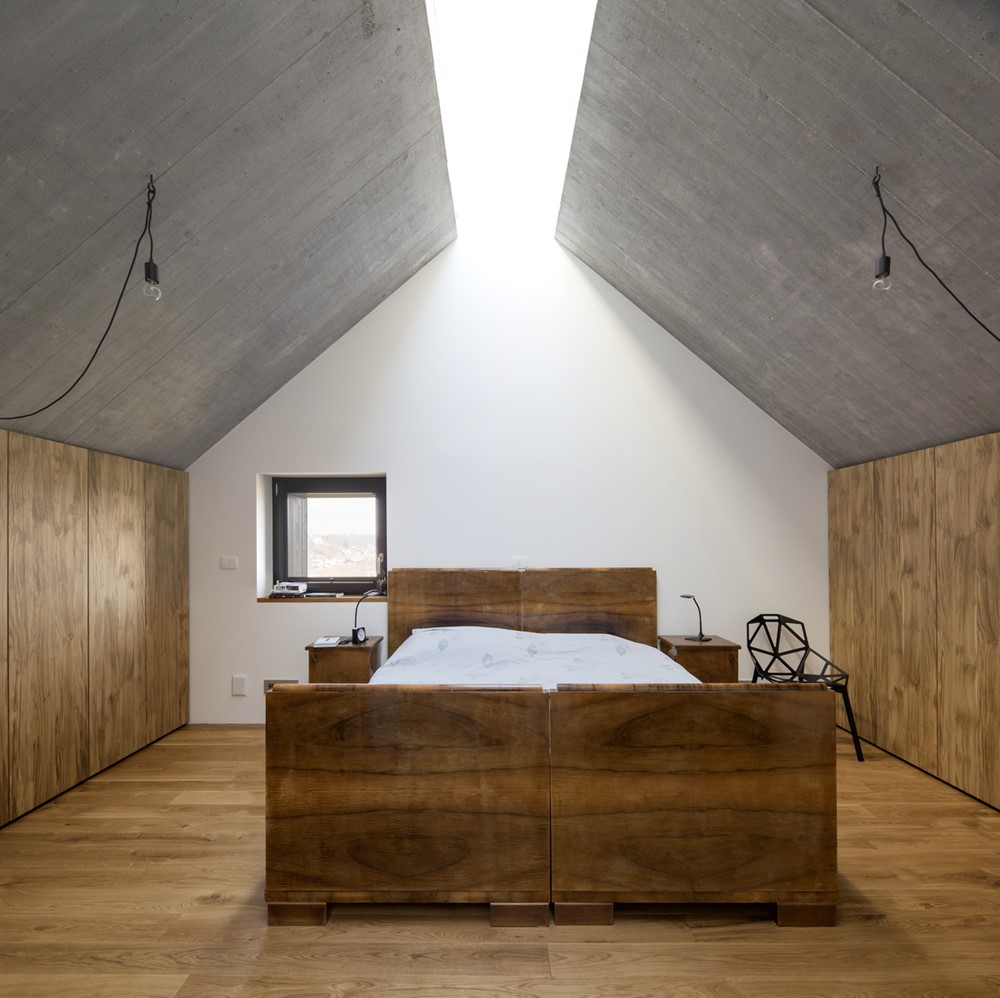 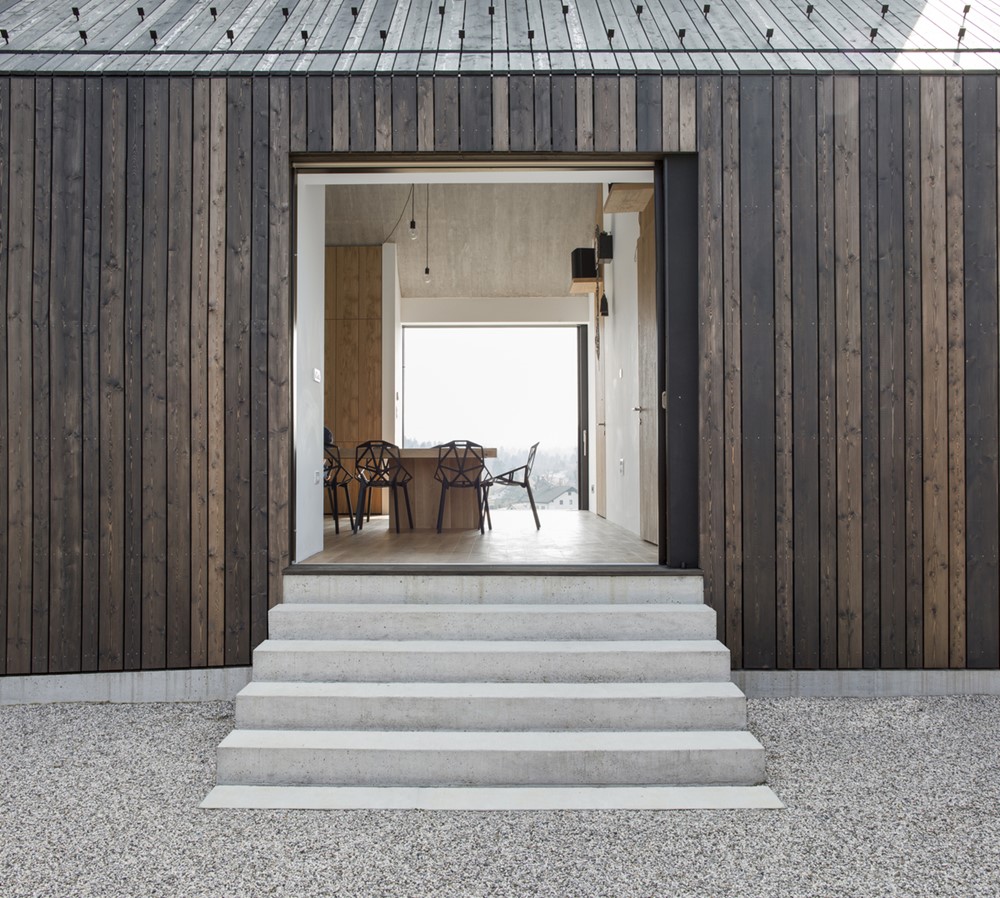 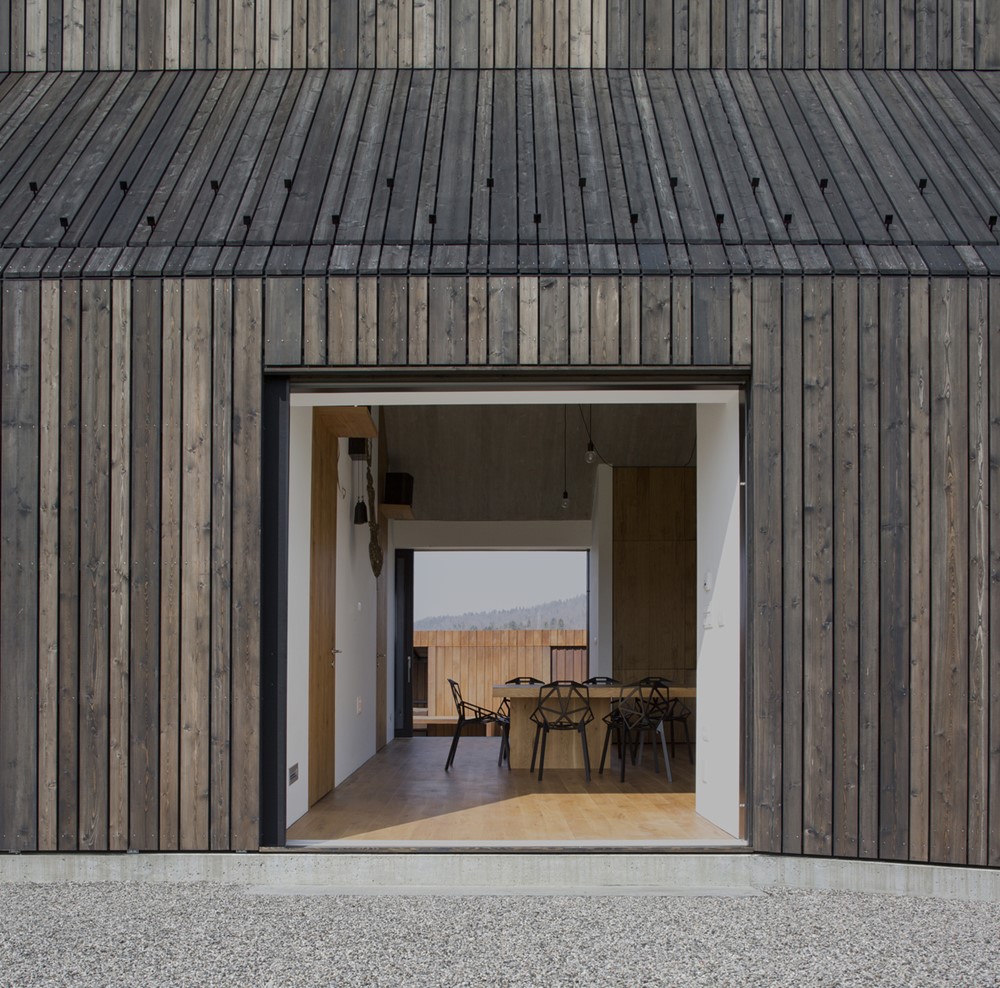 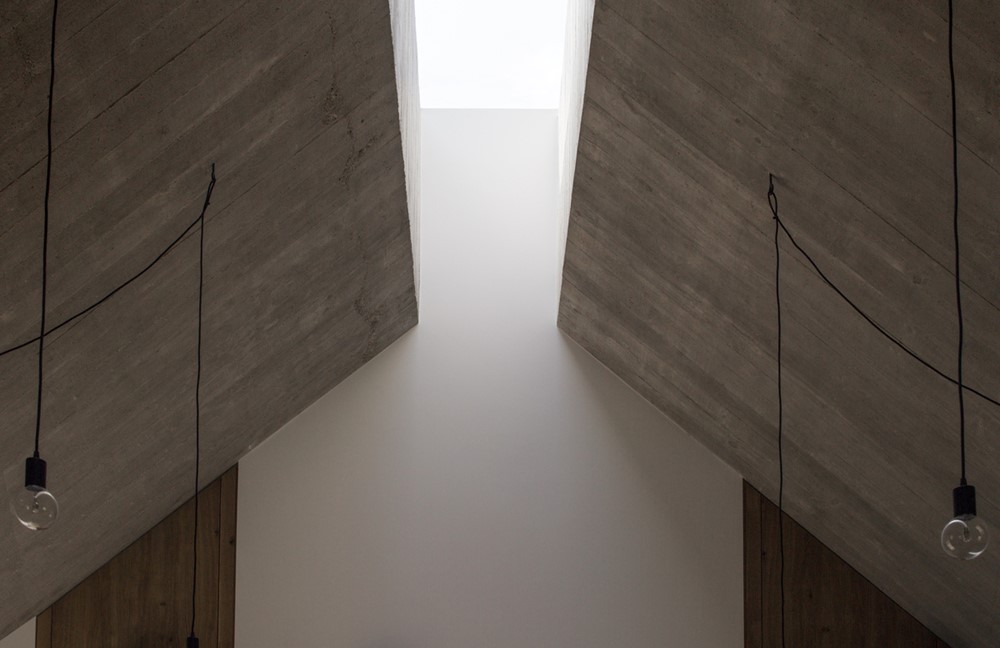 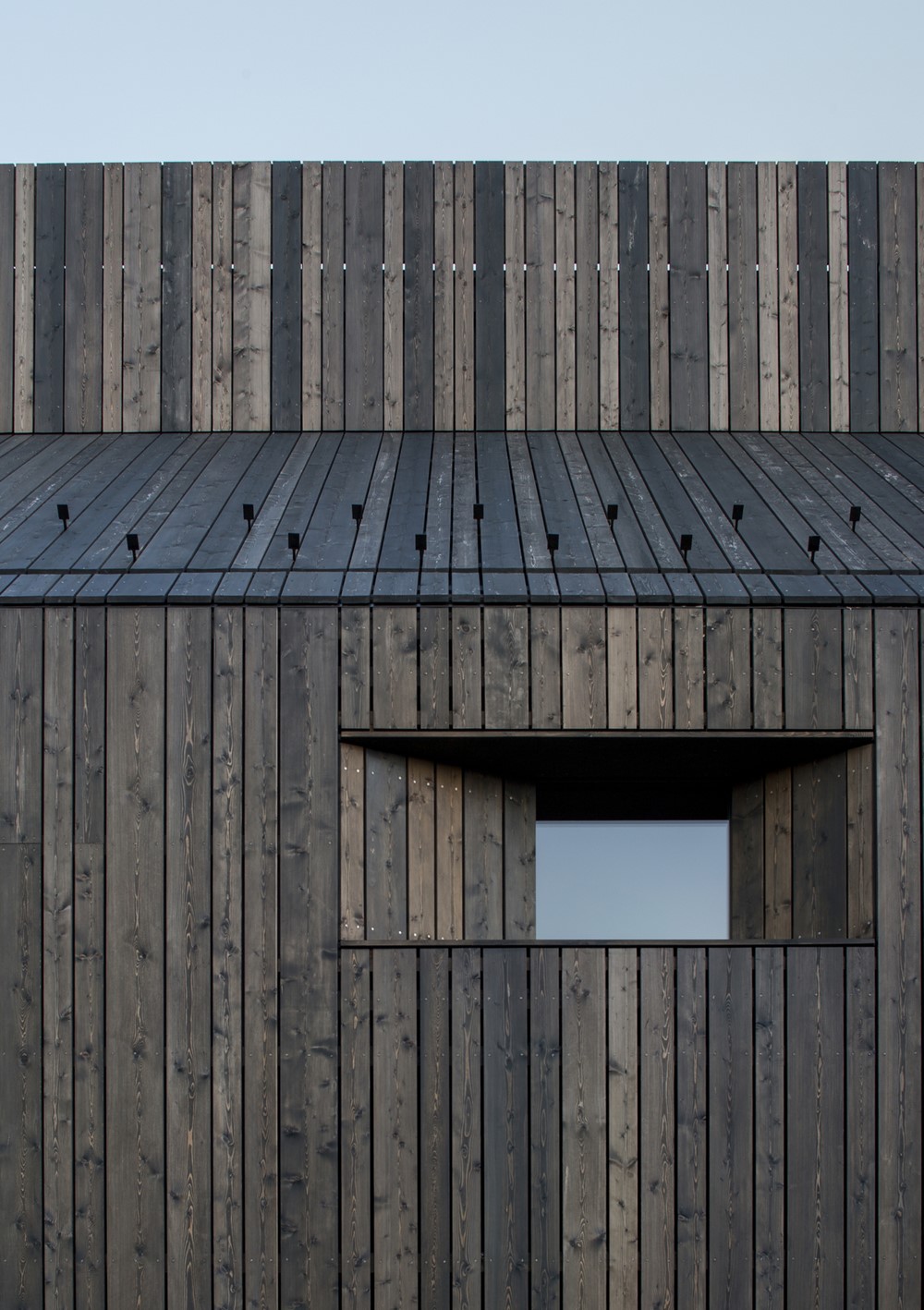 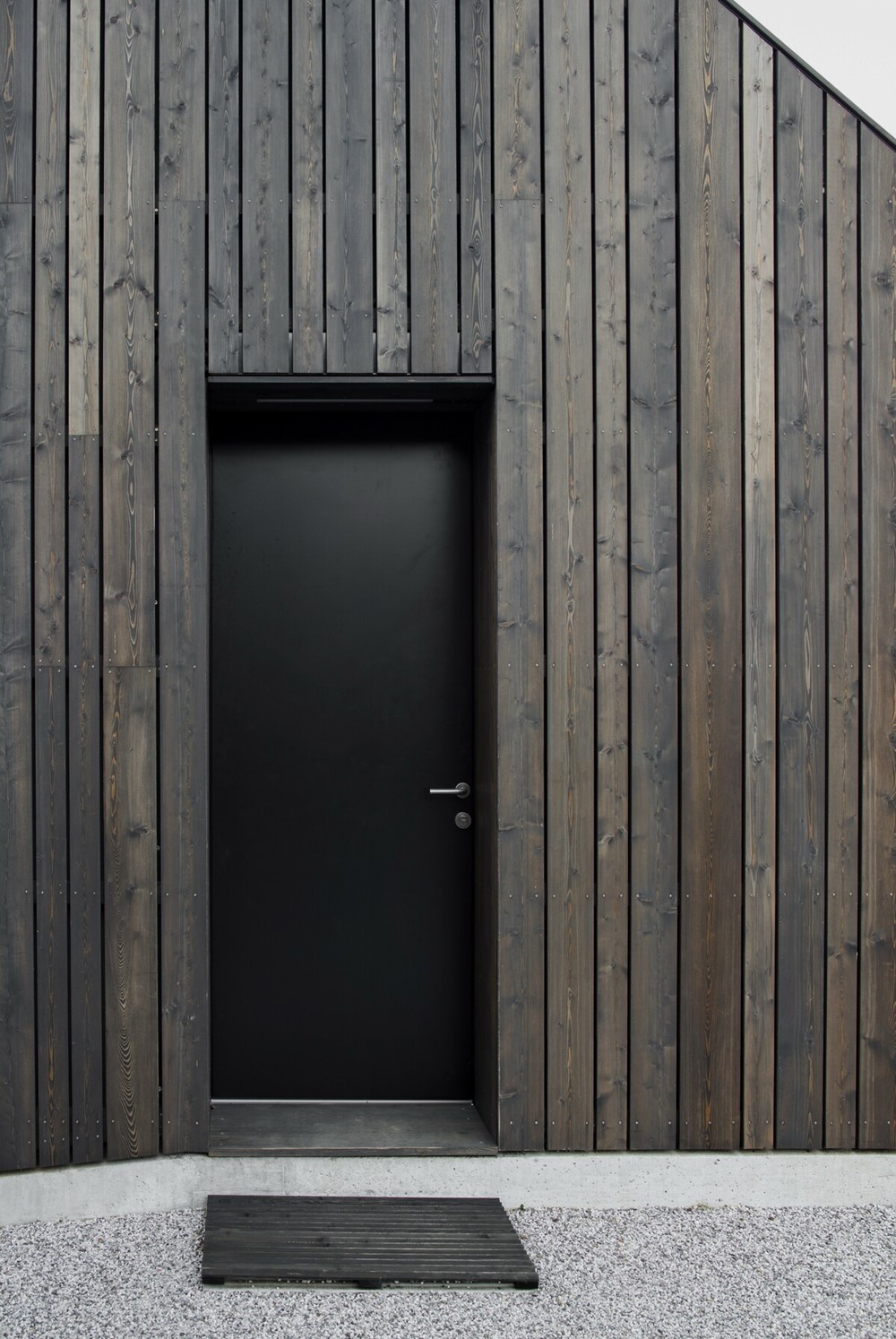 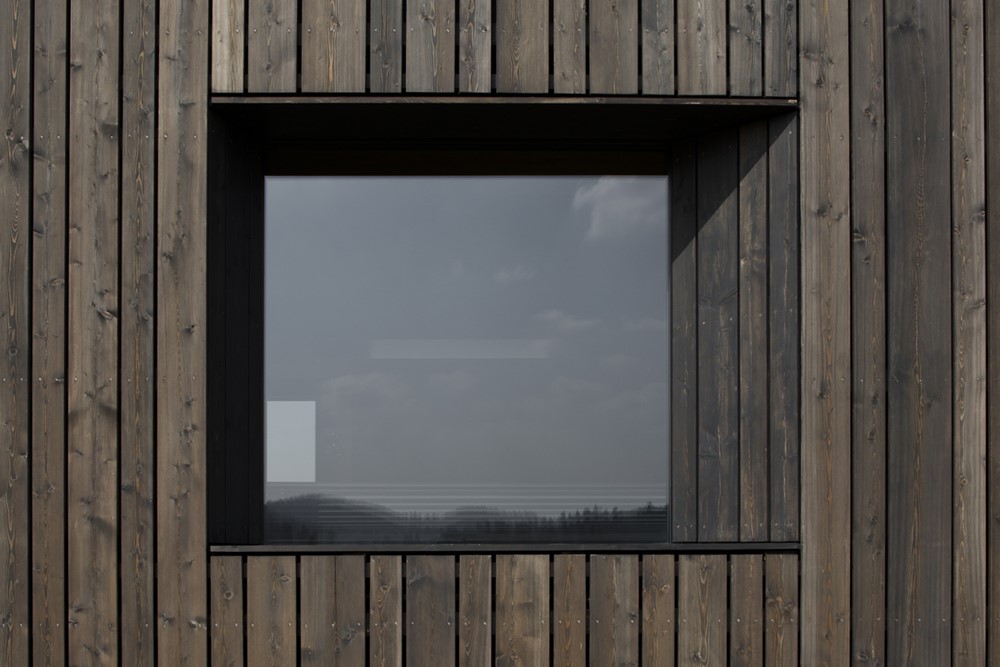 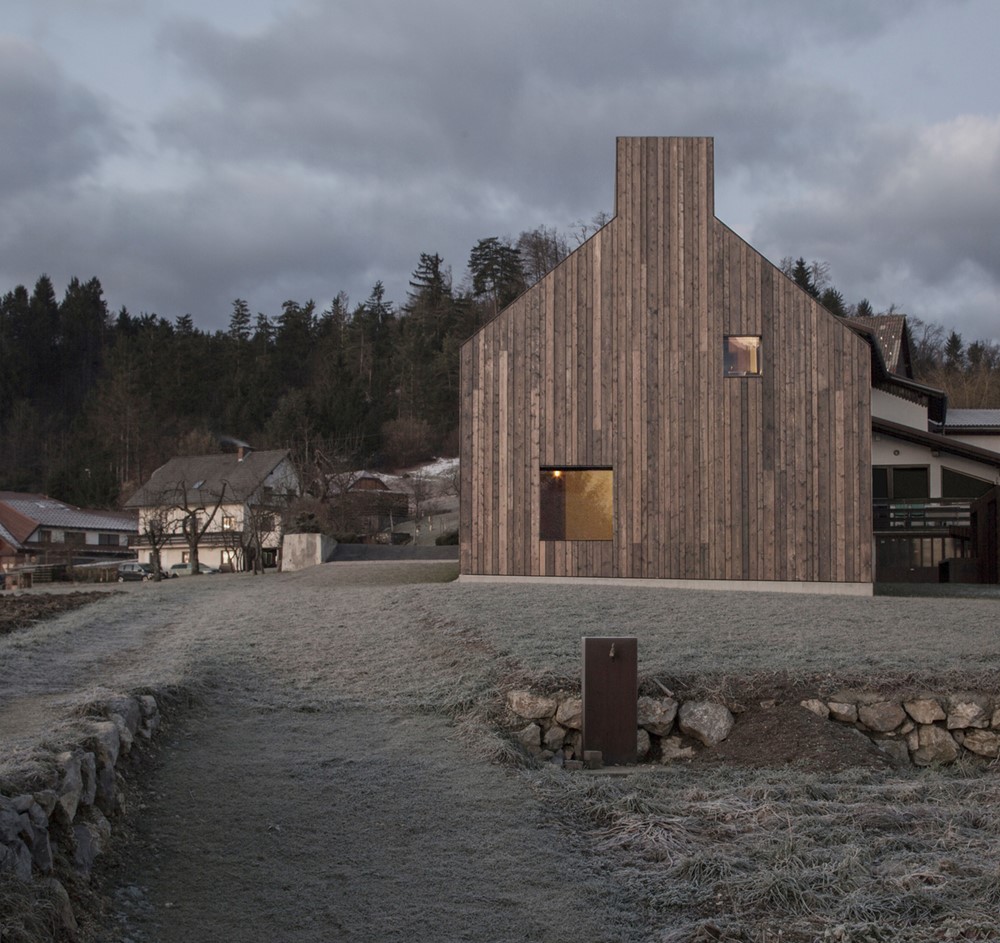 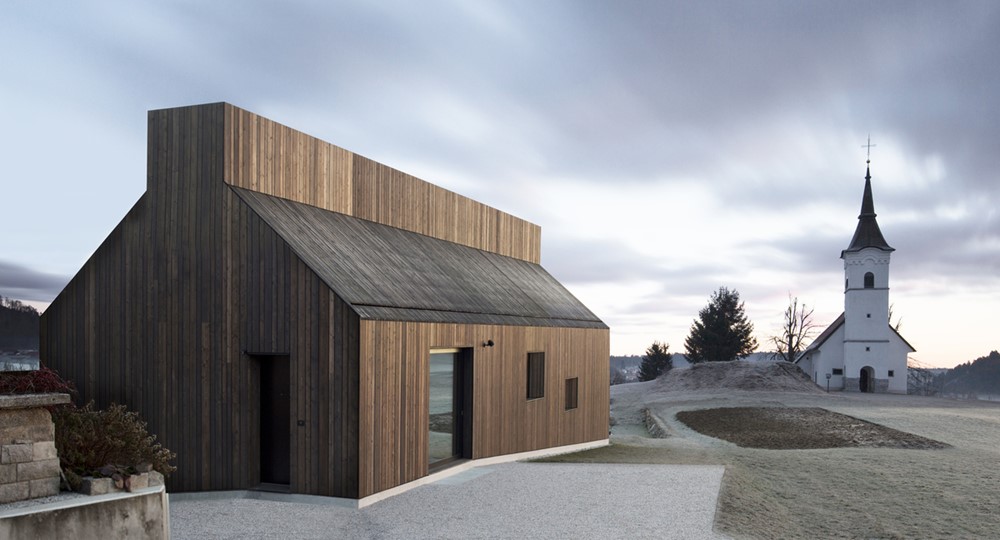 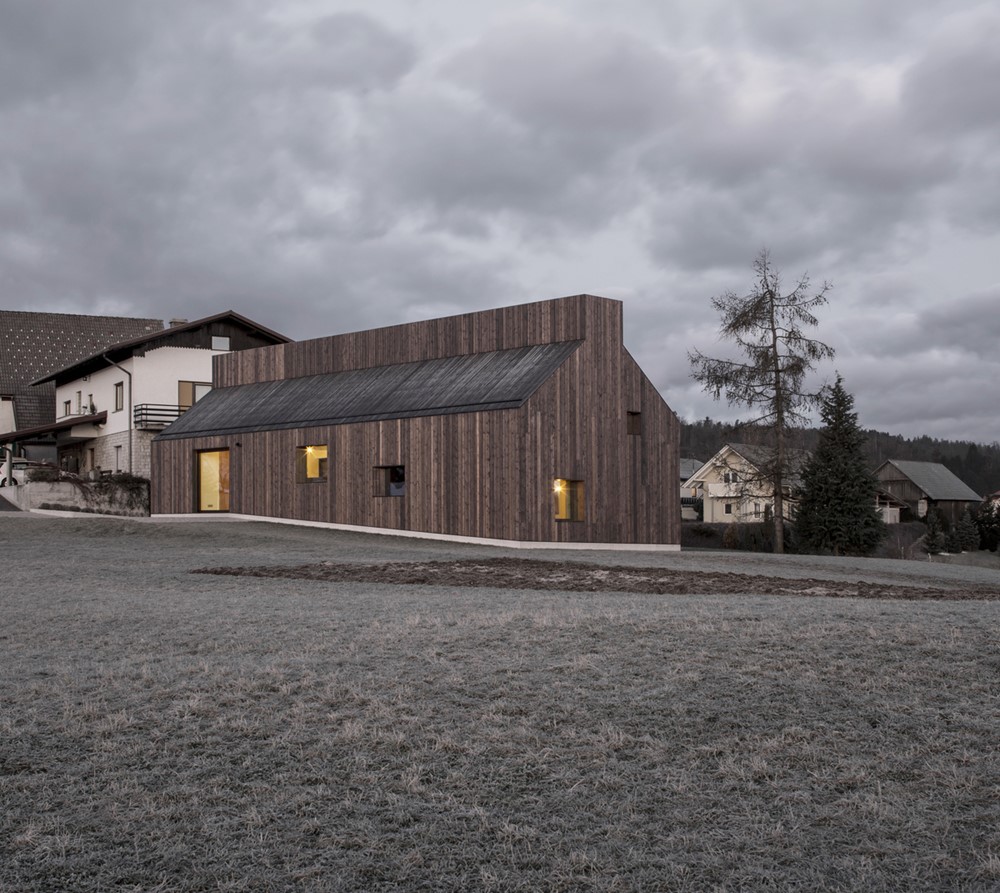 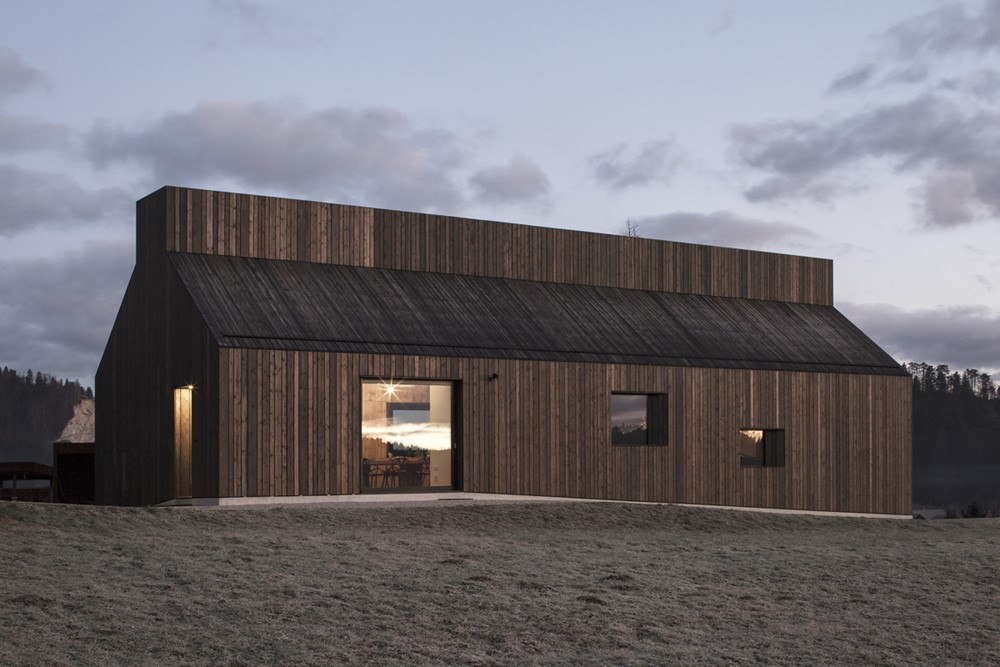 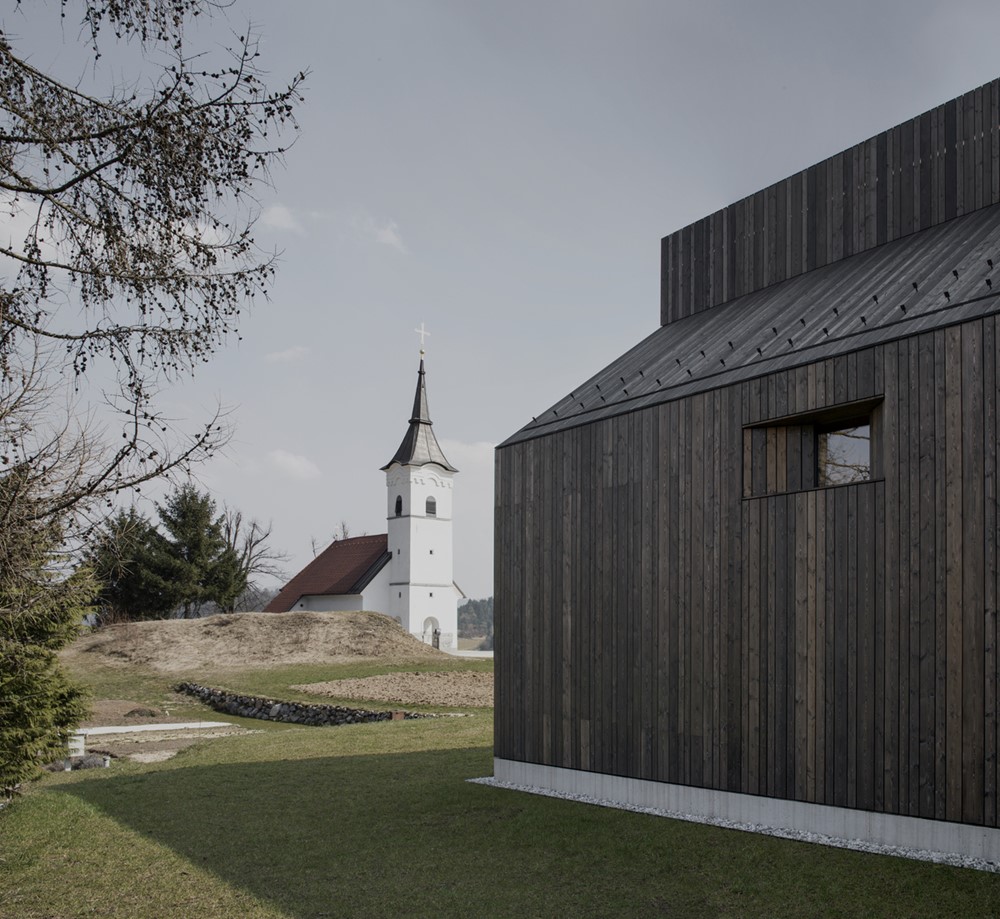 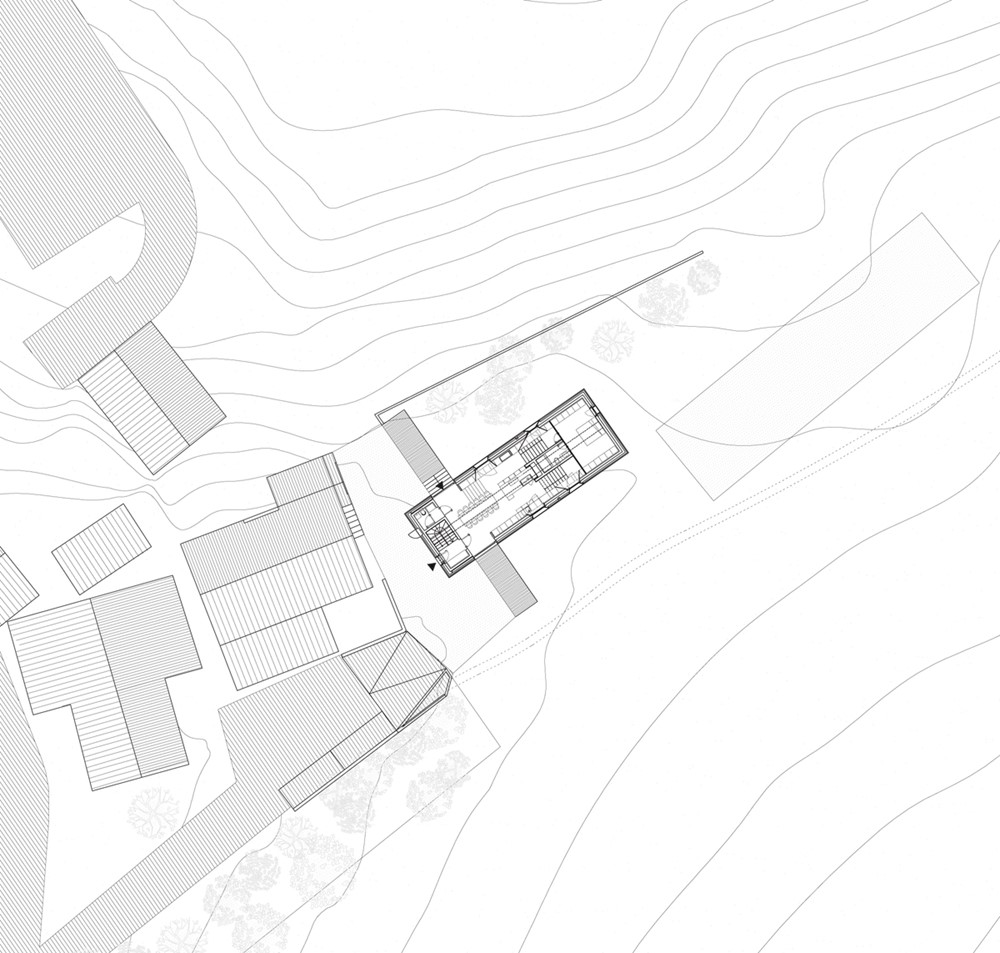 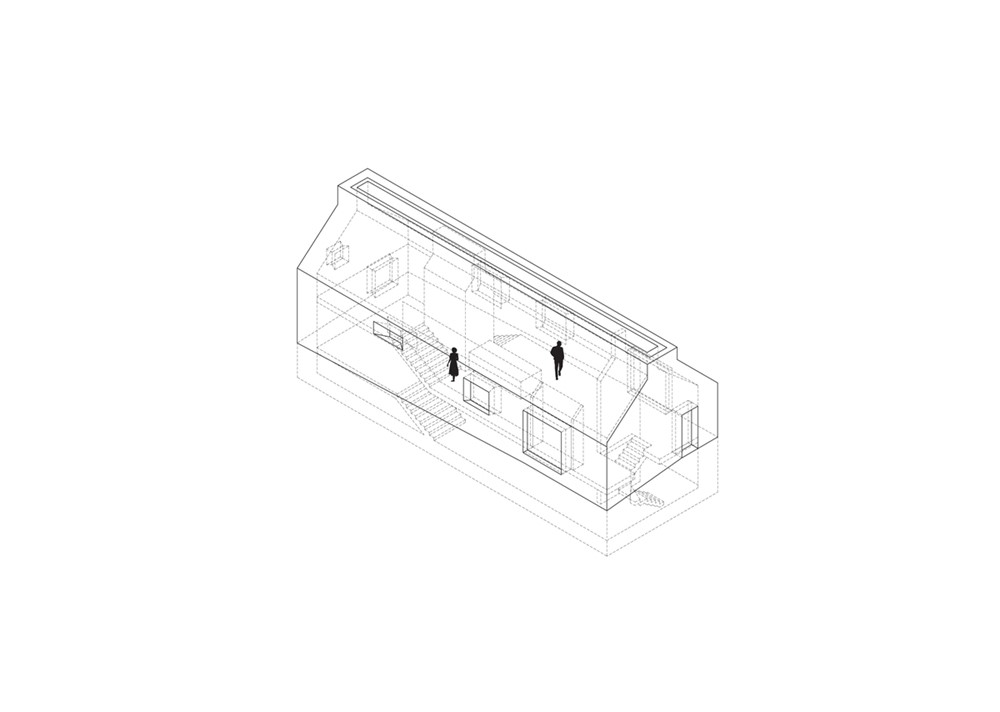 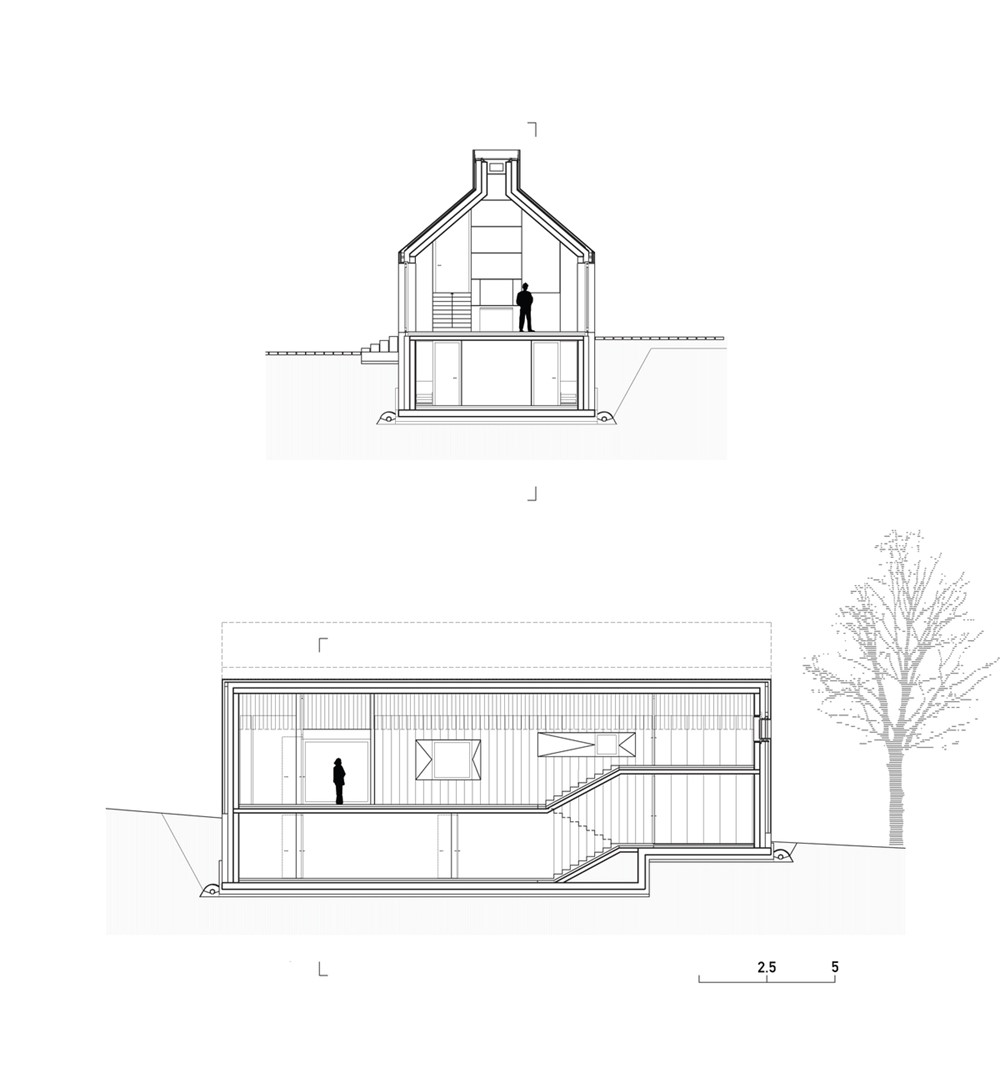 The kitchen, with a multifunctional wood stove, plays a vital role in the private and social life of the couple living in the countryside. The stove’s centrally positioned chimney determines the concept of the house, informing the centrally aligned layout of the spaces within the specific cross-section of the house. The ridge of the roof is pushed apart, creating a continuous skylight running throughout the house’s linear volume and providing light for most of the spaces. The building’s envelope is developed as a thick wall, integrating multiple storage spaces, a secondary kitchen, and small ‘inhabitable’ window niches that carefully curate incoming light and expand the views to the exterior.