This project designed by Konishi Gaffney Architects is for the alteration and extension of a Victorian terraced house in Edinburgh. The brief for the project was to improve the connection between the house and it’s mature garden; West facing and long and thin with some beautiful plants. The main challenge was the difference in height between the house and garden levels, almost 1.4m, and blocked by an unsightly conservatory and long thin utility outshoot. These served only to darken the interior and reduce the visual connection to the garden. photography by Nanne Springer. 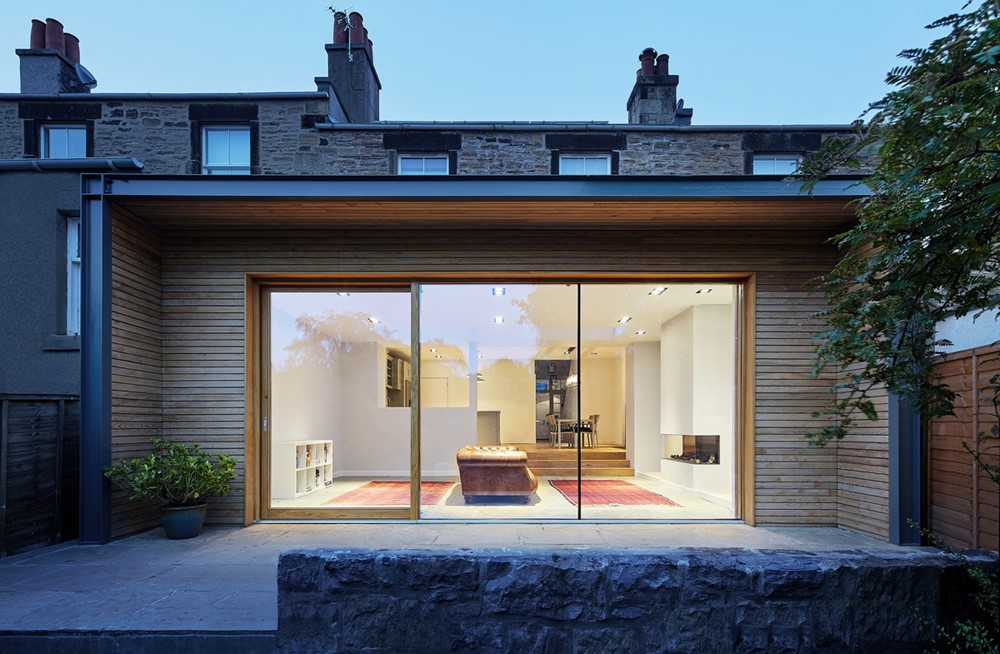 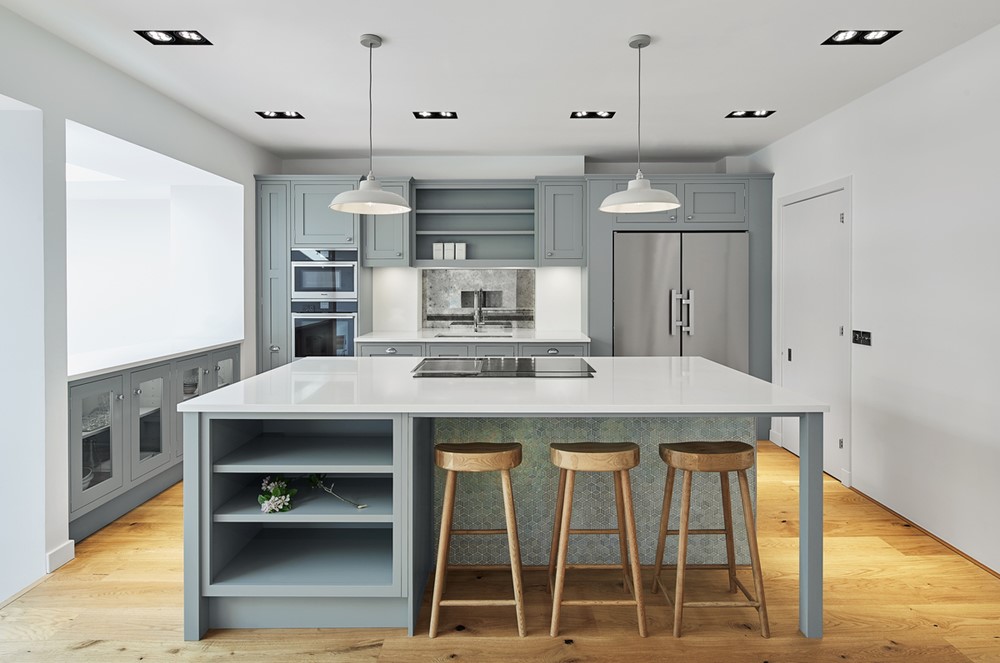 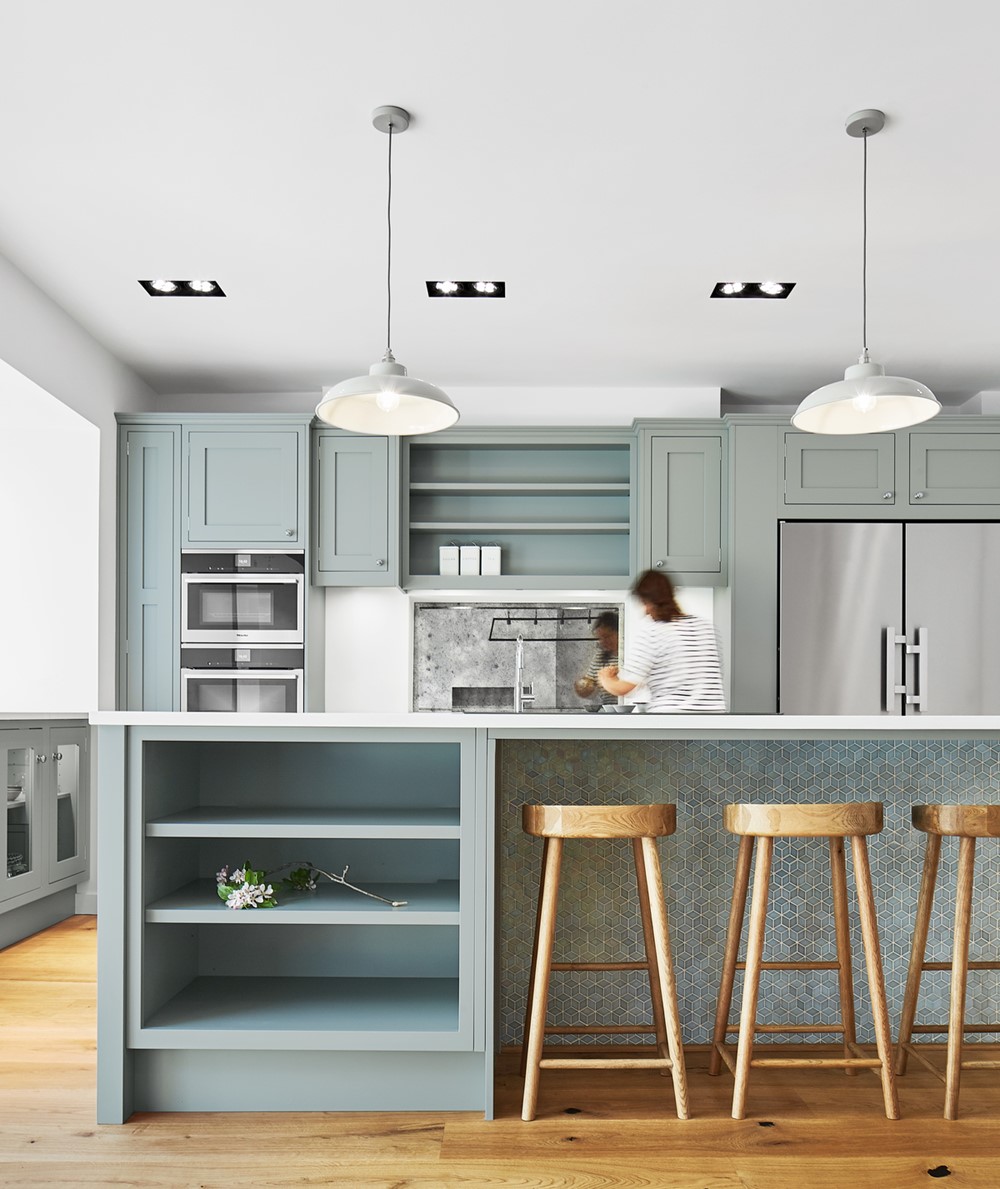 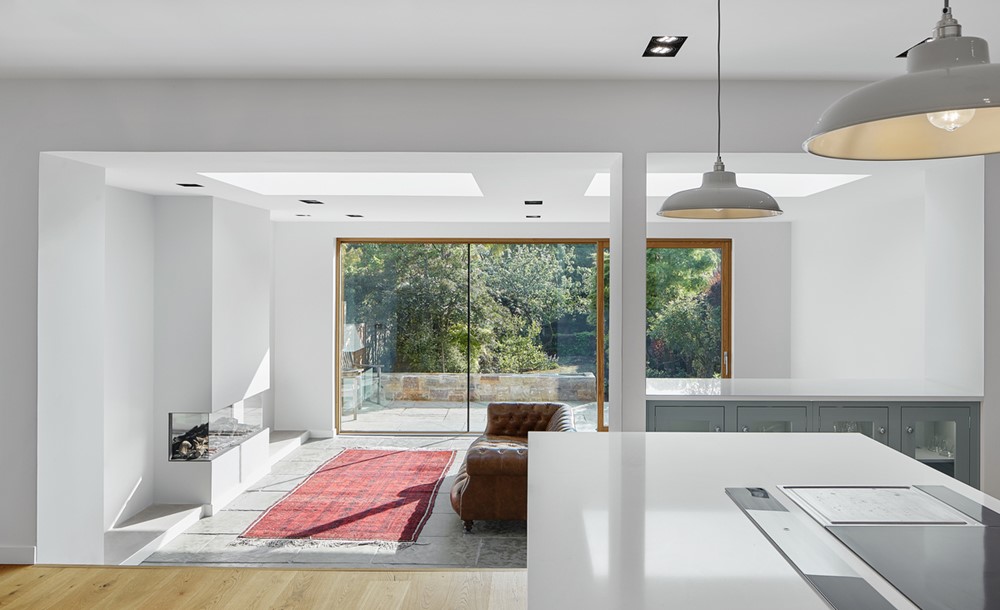 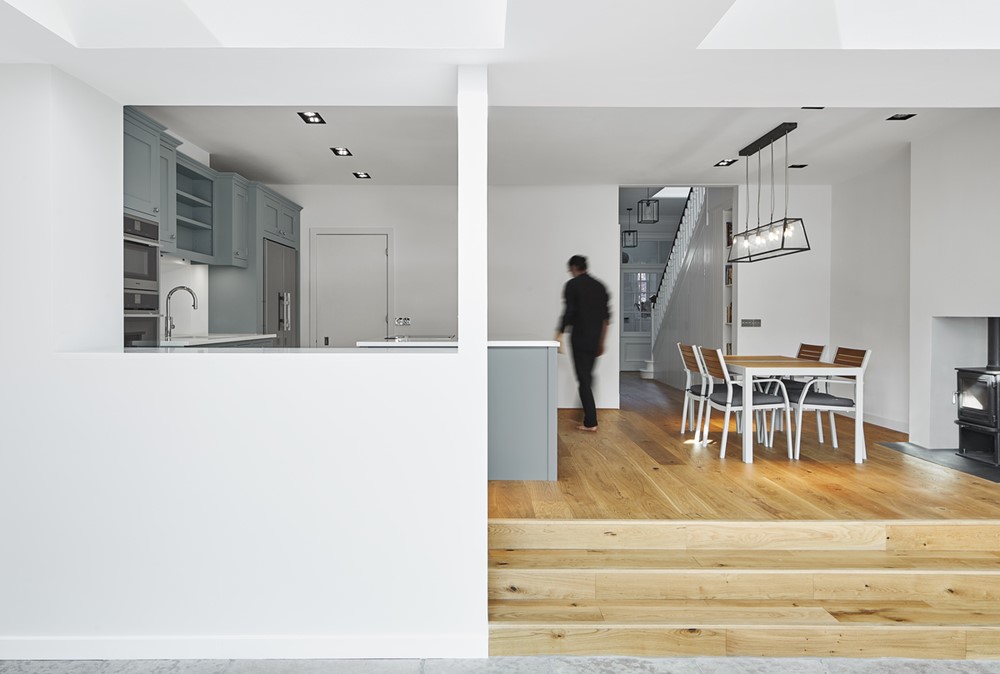 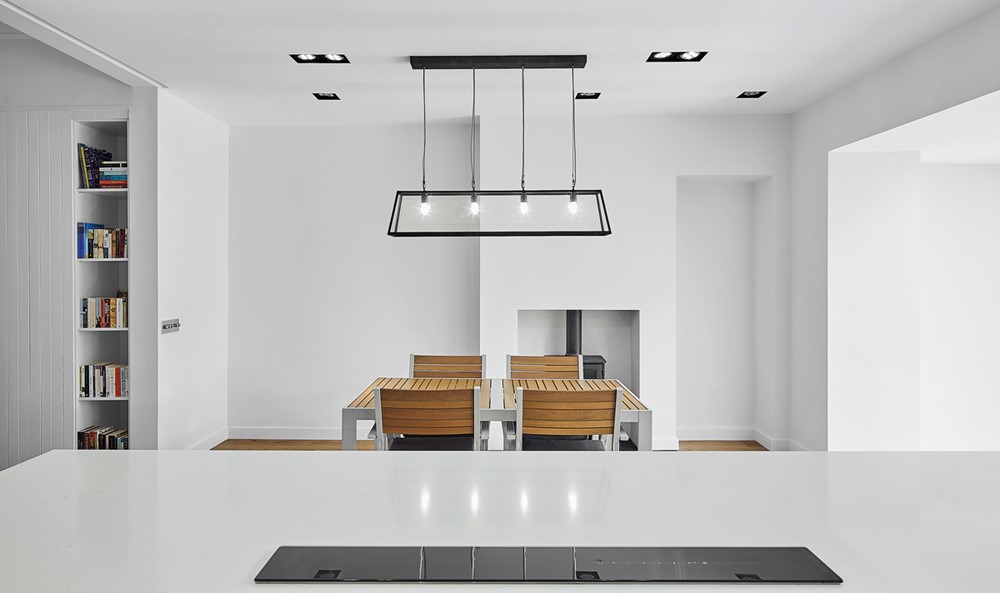 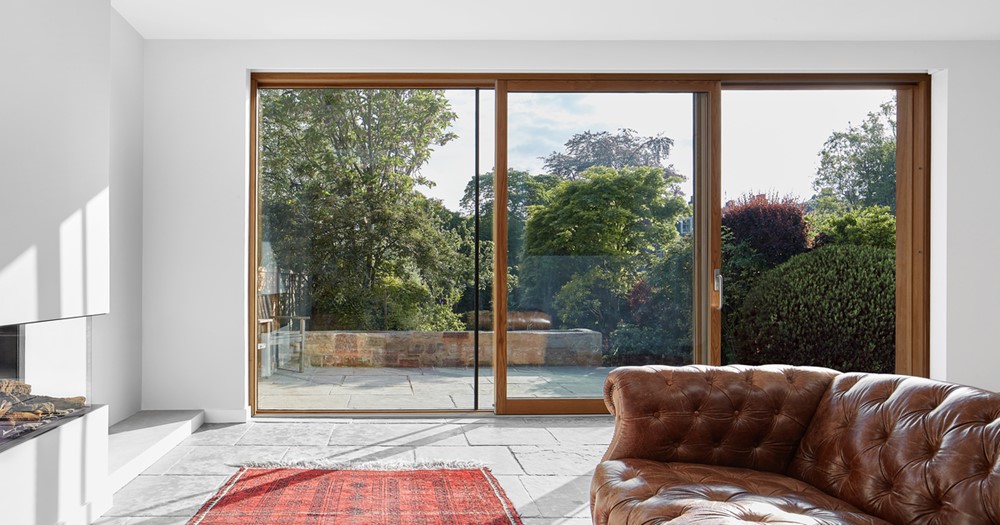 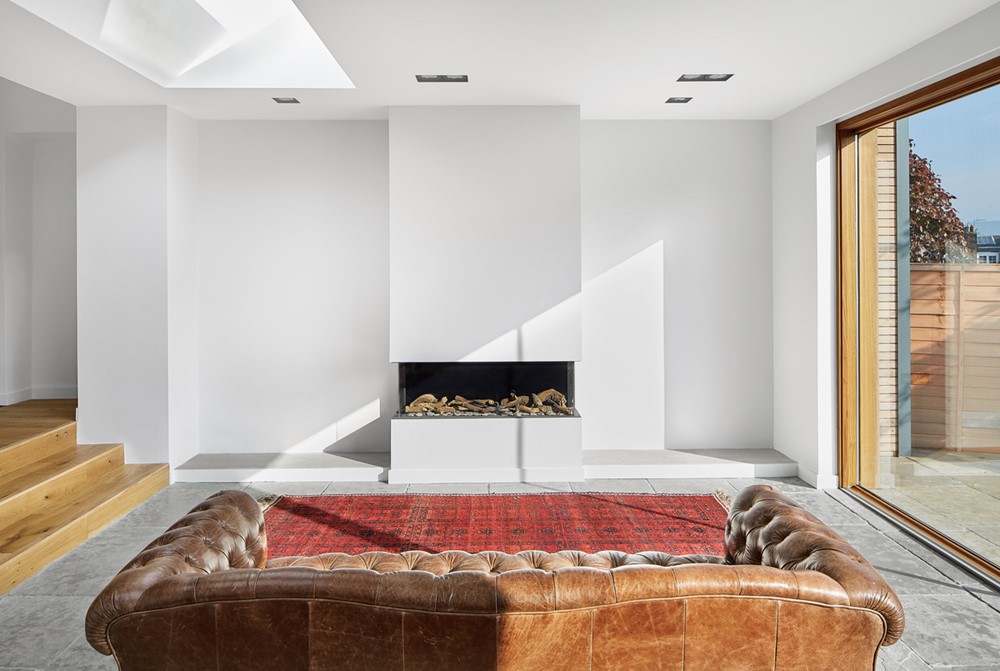 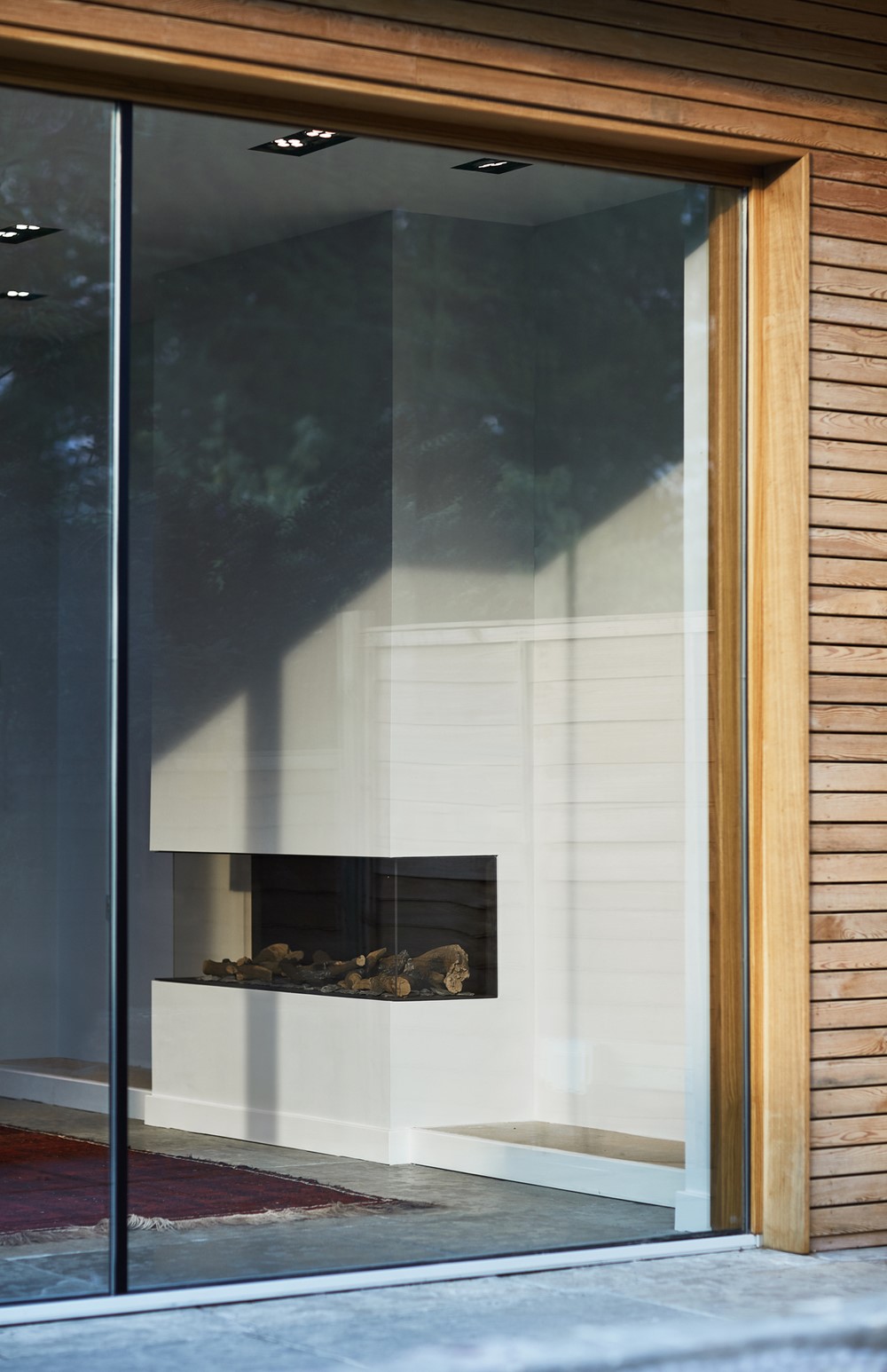 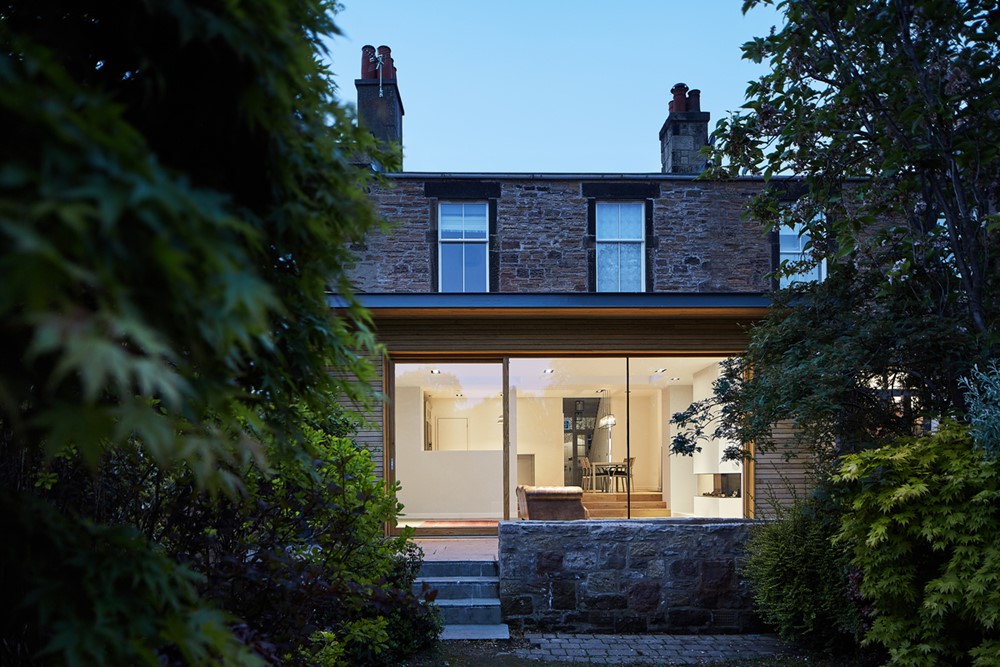 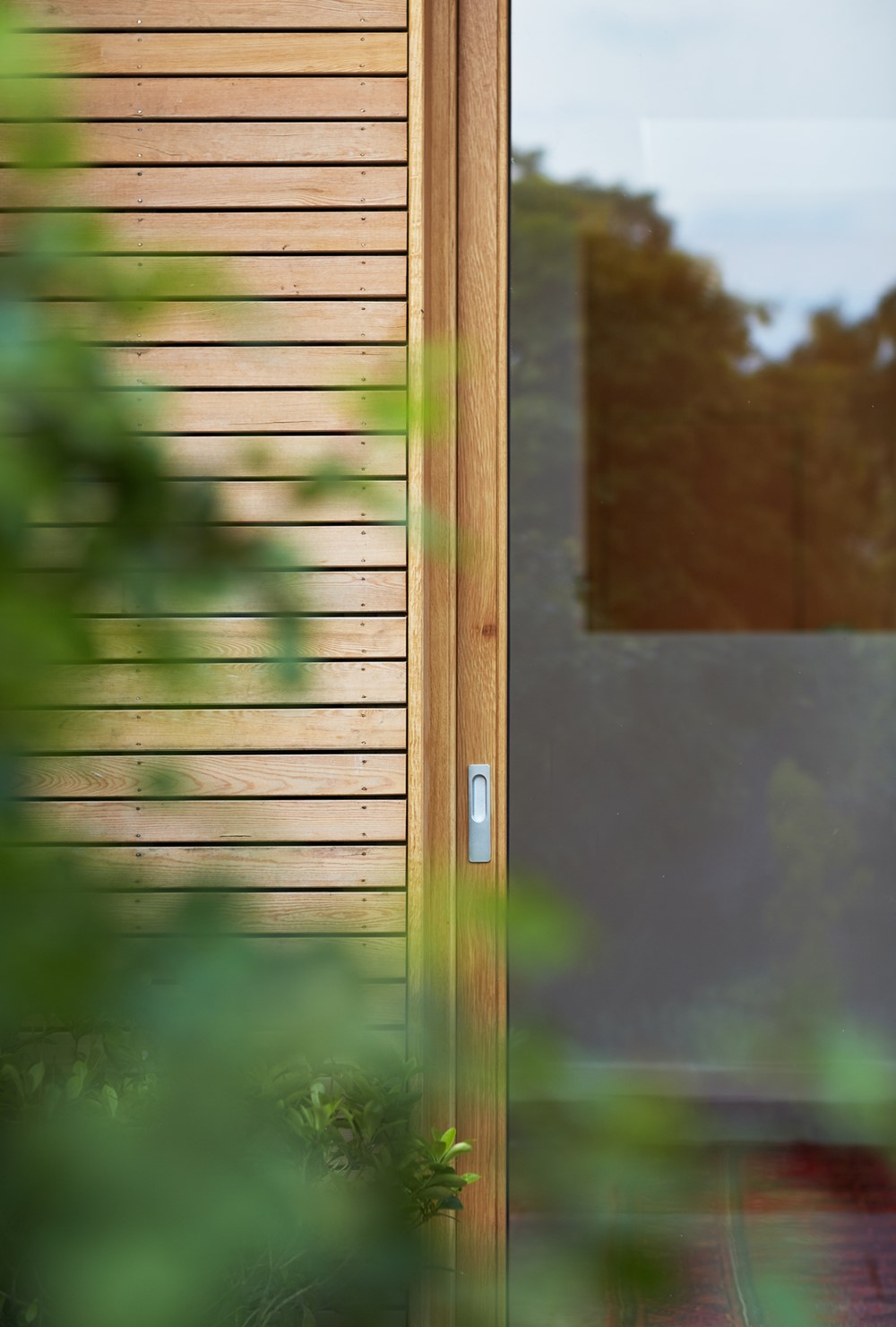 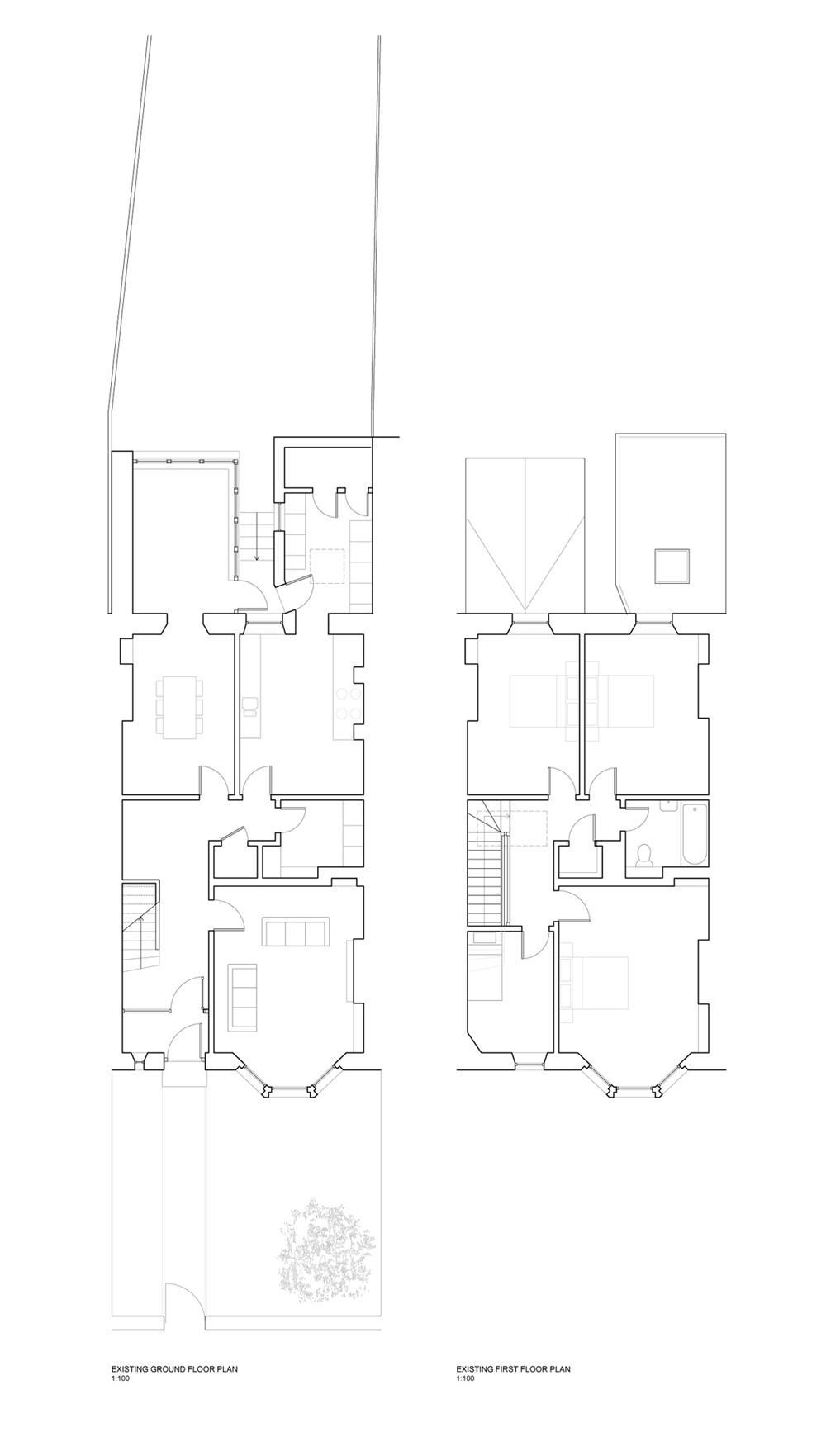 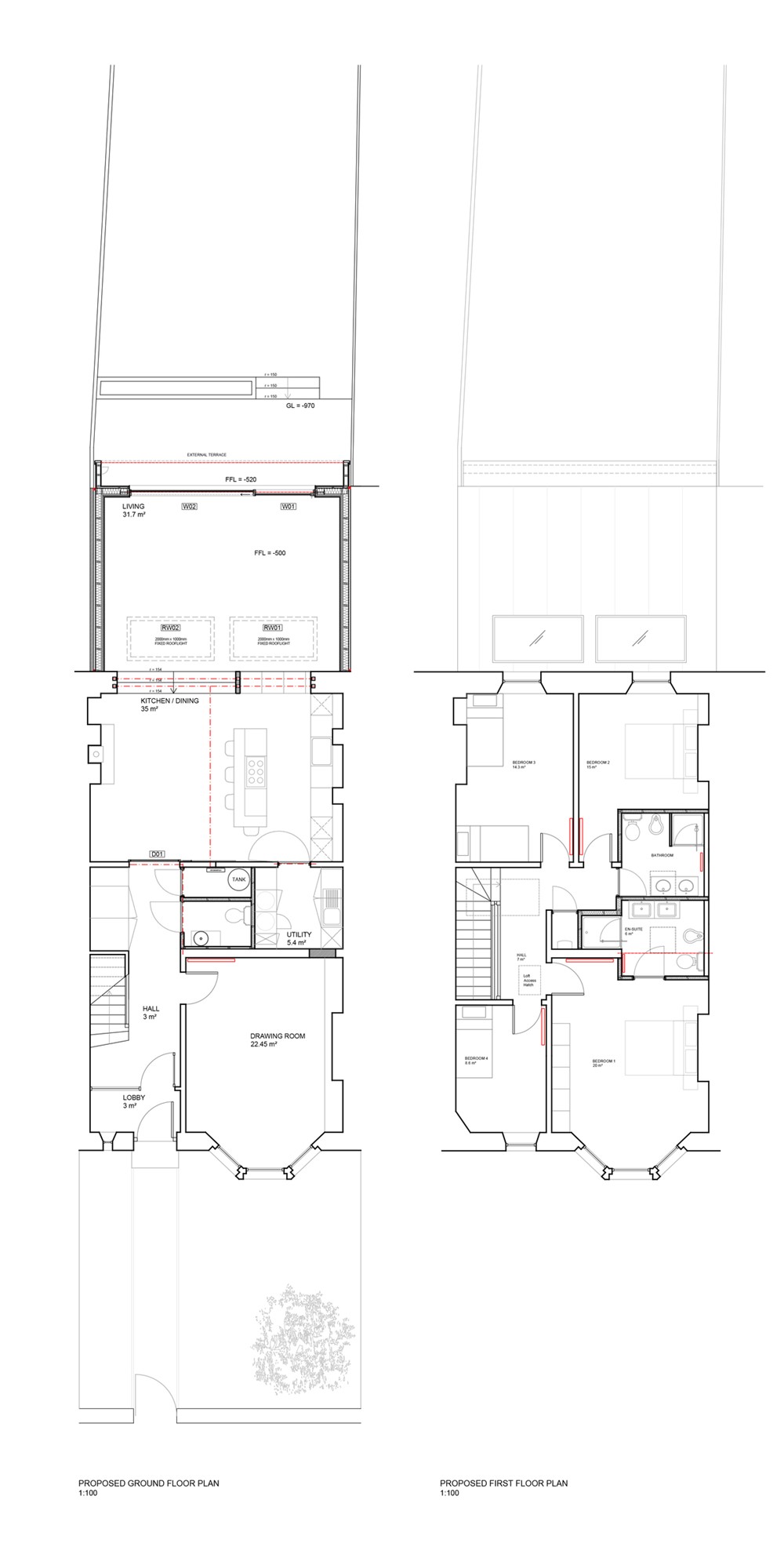 The existing extensions were removed with a new full width extension that was sunken down by three steps to bridge the levels between the kitchen and garden; these steps become informal seating inside. Externally a raised terrace was built to make level access from inside to outside. Three further steps to the garden meant we could avoid the need for a visually intrusive handrail. A planter formed the edge to this new deck.

Fixed, frameless glass was used with a large sliding, oak door to the outside. A steel framed overhang was employed externally to allow the doors to be opened even in the rain and shelter the larch cladding. This was treated with a silicone-based wood treatment to ensure even weathering.

Internally the entrance was straightened out and views formed through the full house from the front door to the back garden, making the space feel much larger. The two existing rear rooms were joined to form a generous kitchen dining space, with two rooflights to bring light deep into the plan. A new utility and ground floor bathroom and the addition of two new bathrooms to the first floor completed this house for a family with two young children. A full house re-wire, replacement sash and case windows, installation of solar photovoltaics, underfloor heating and restoration of the houses original features formed part of the work.