DEMIURG is a project designed by mode:lina. Amidst Poznań’s districts lies a little bit forgotten one – Górczyn. That’s where a quite intricate corporate building came into existence. New and, at the frst glance simple, modern block hides somewhat a surprise that reaches back as far as one hundred years. Photography by Patryk Lewiński. 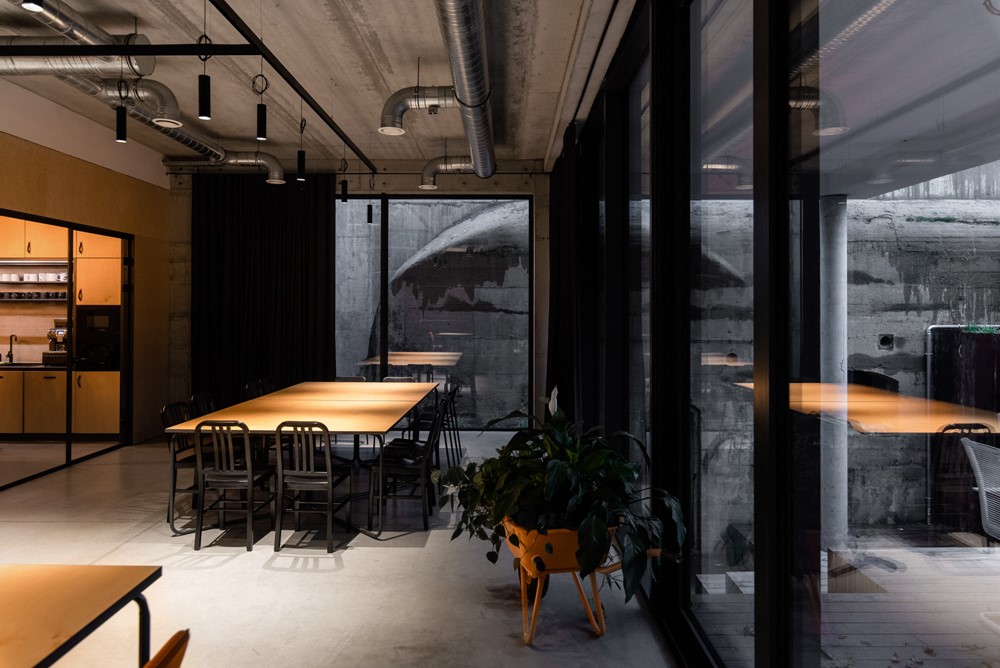 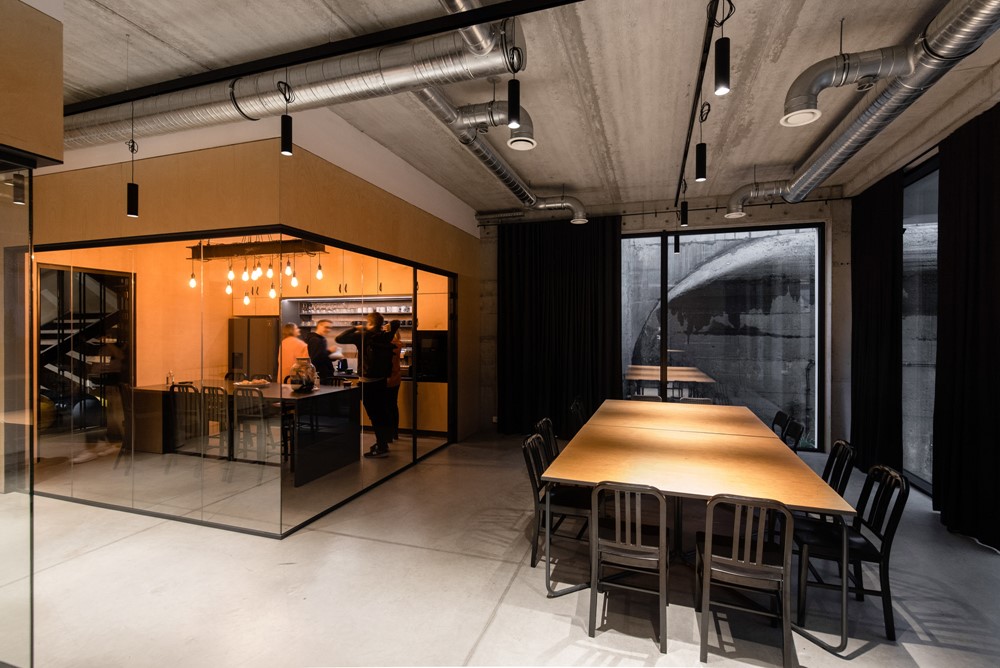 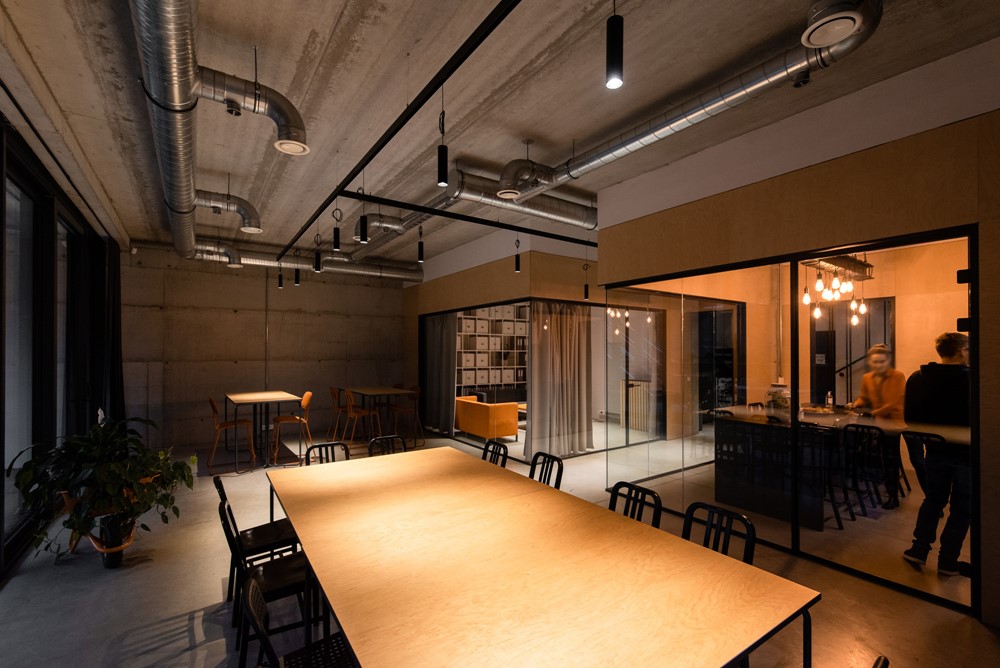 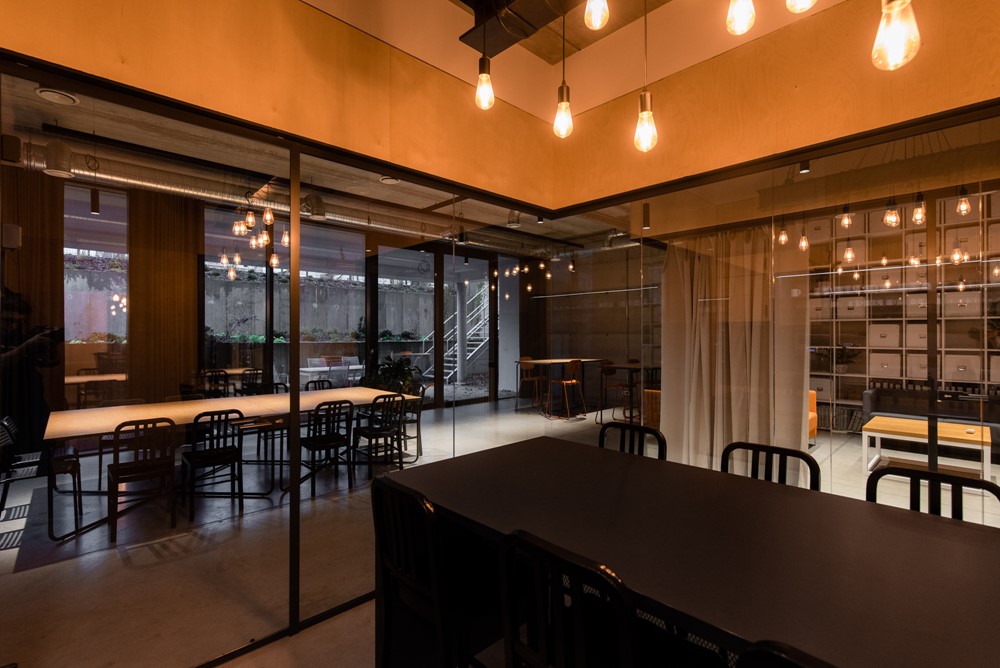 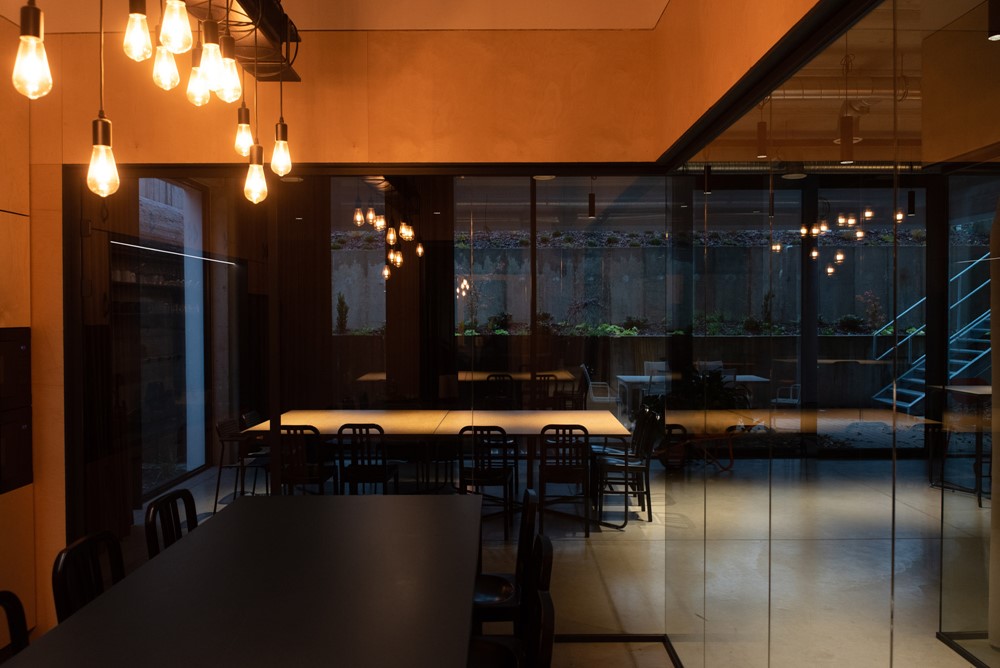 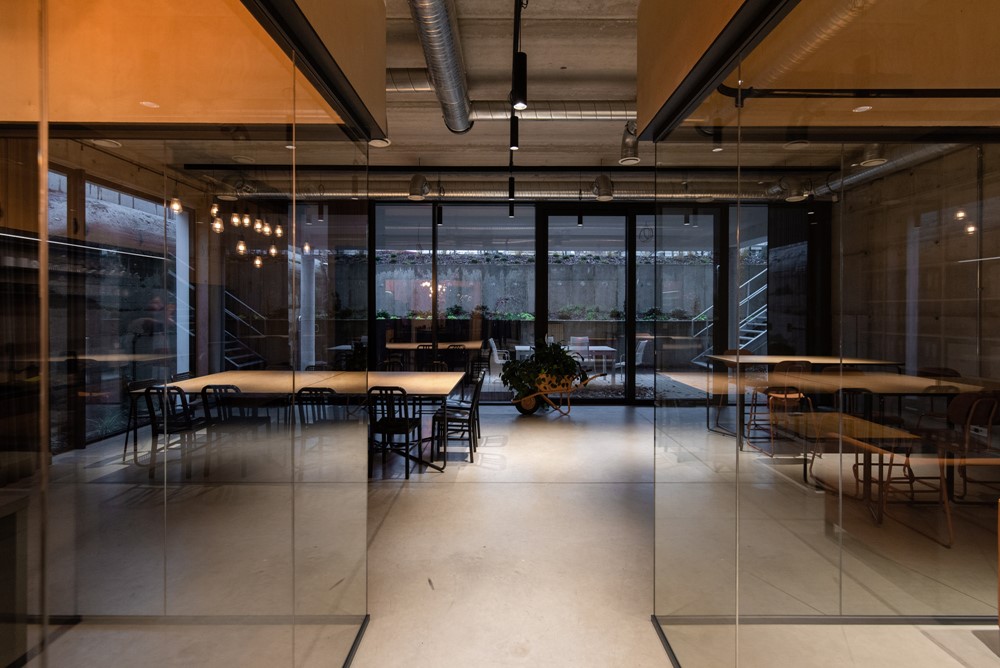 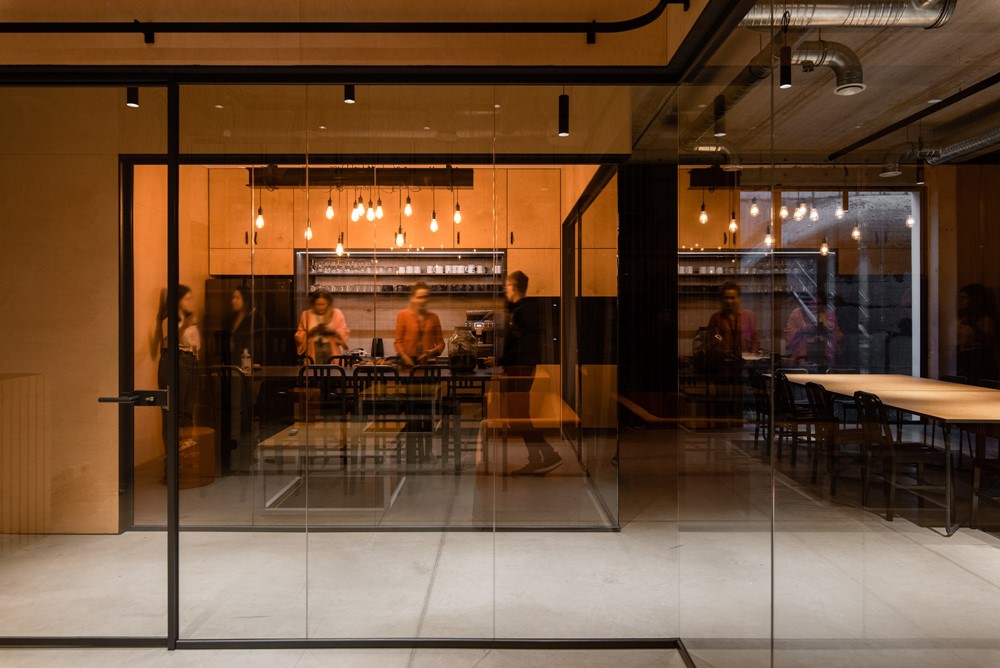 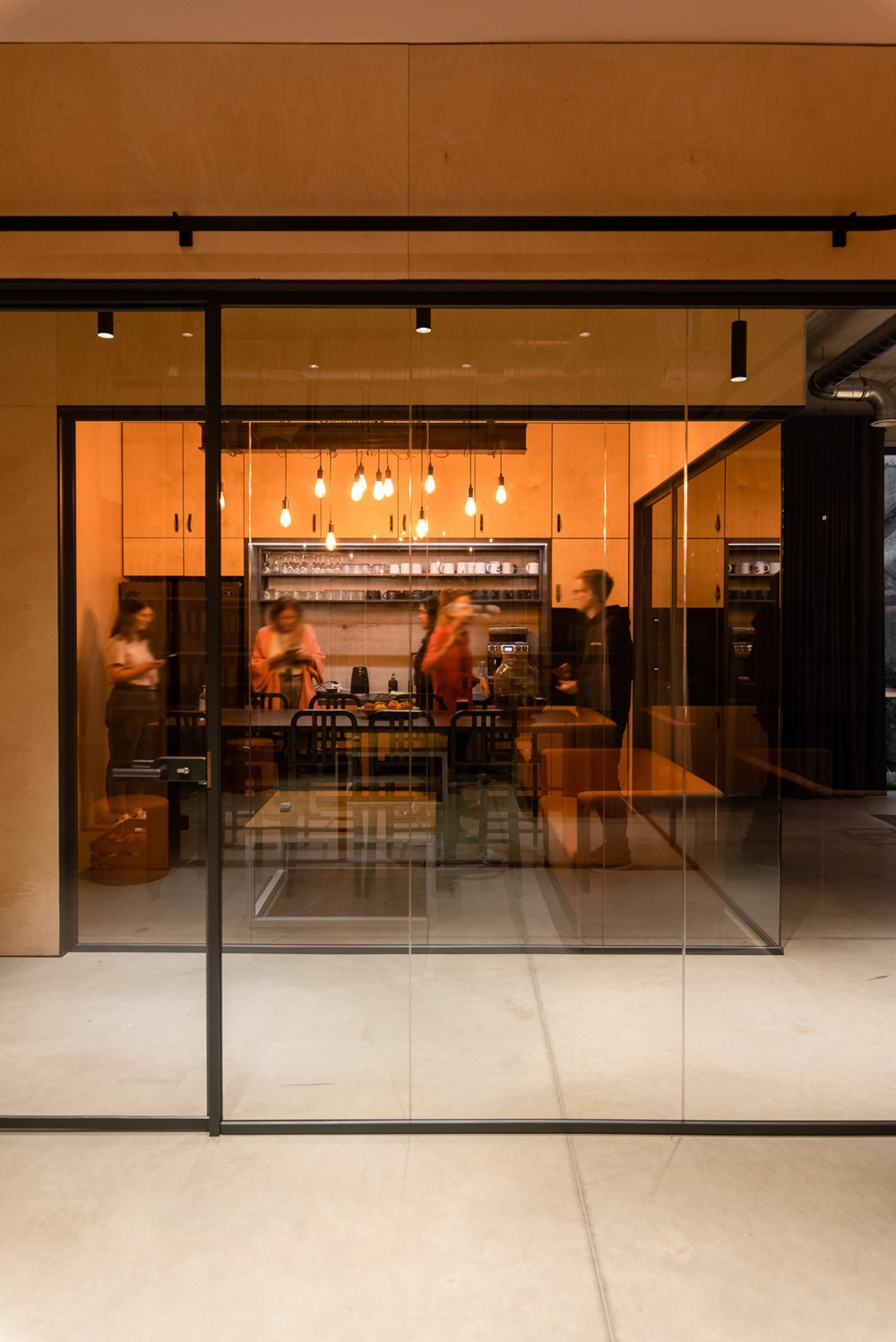 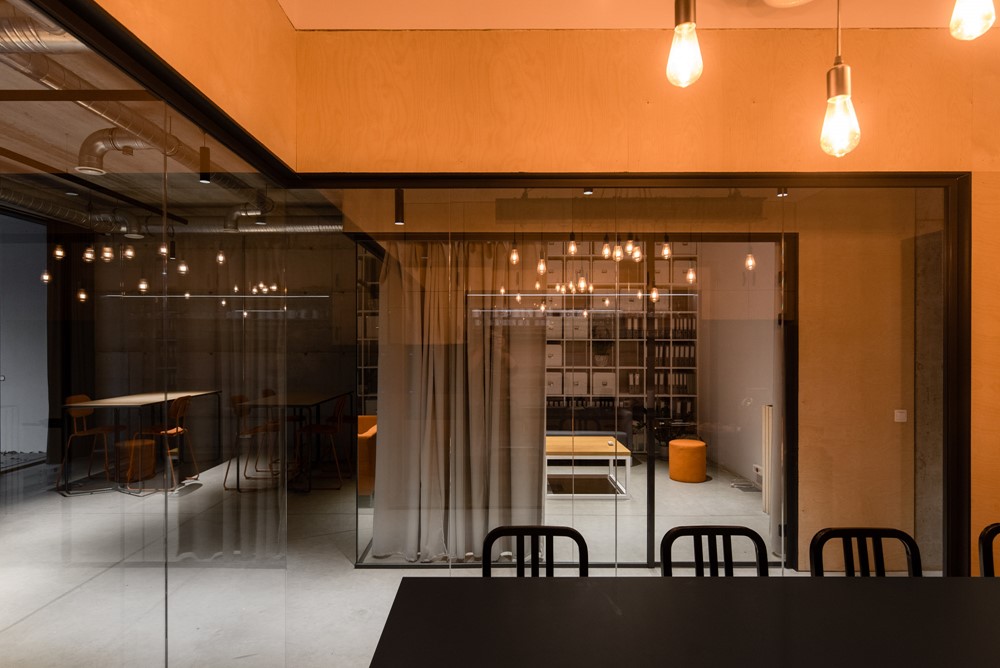 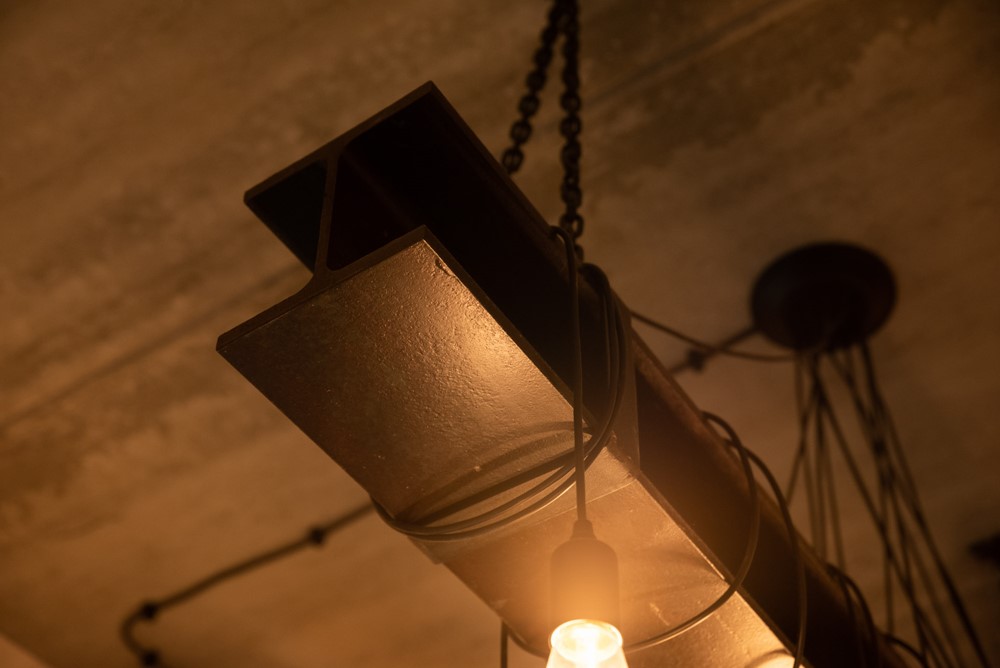 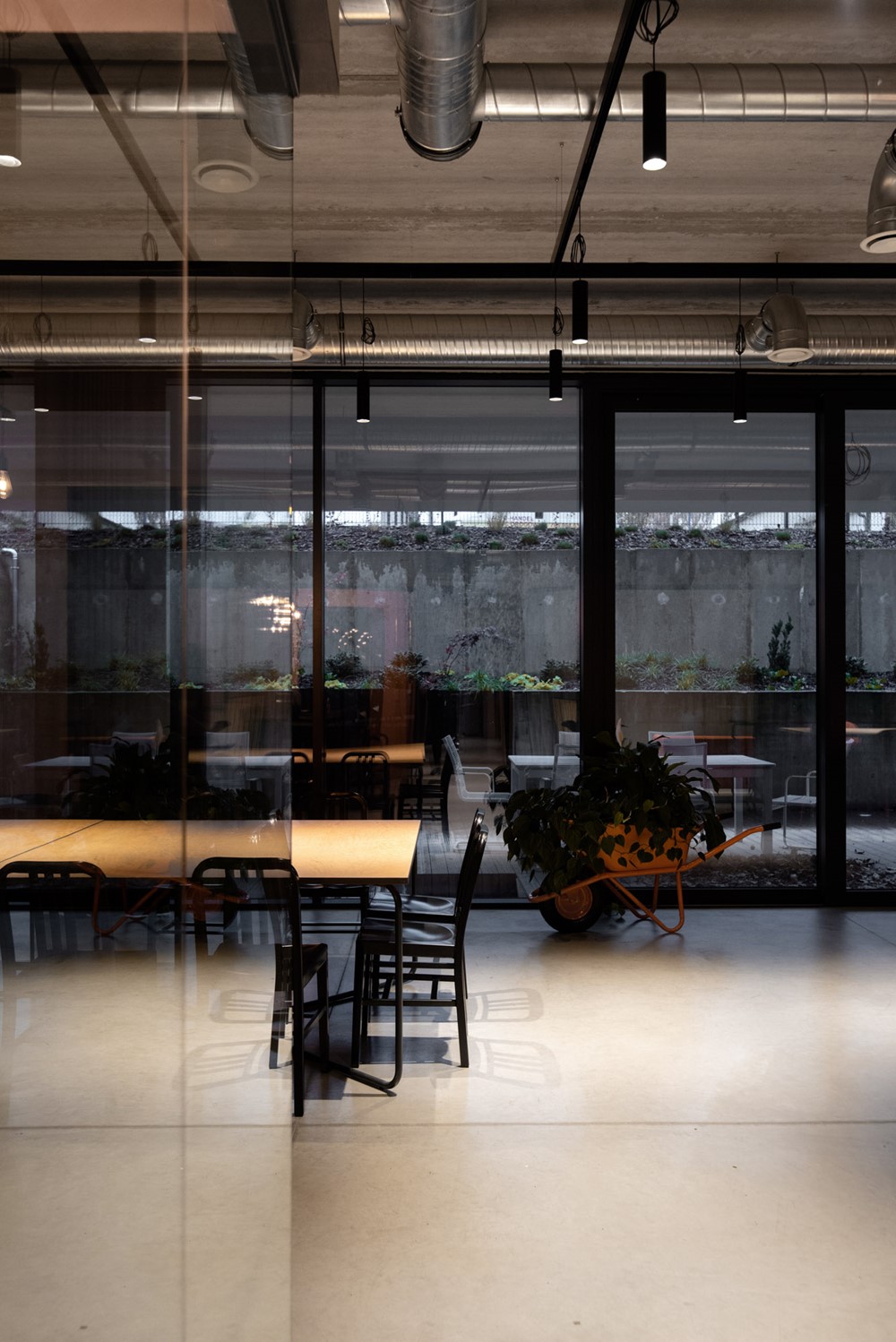 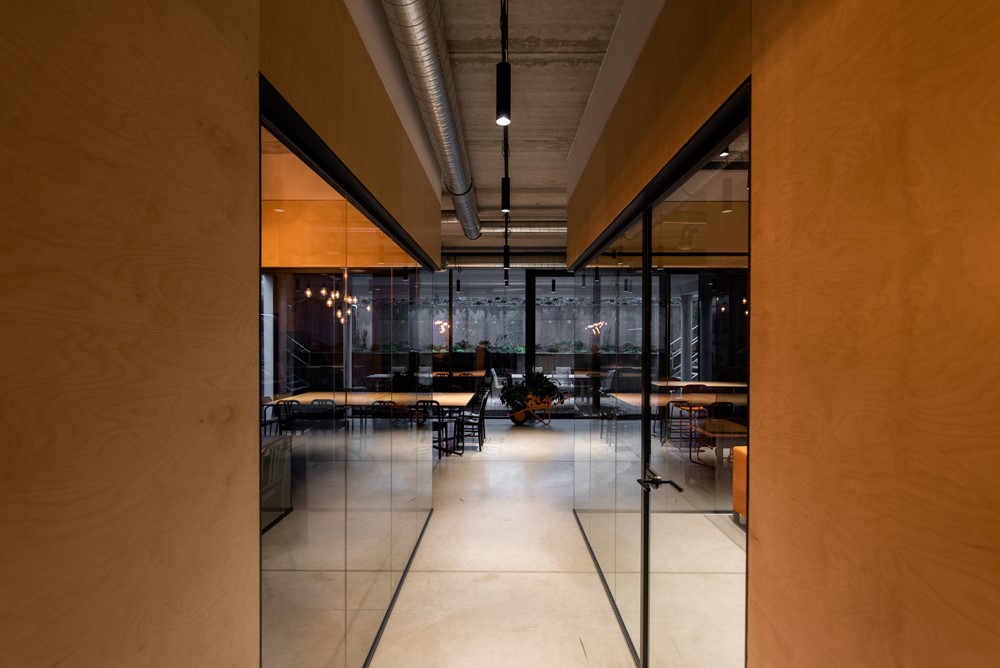 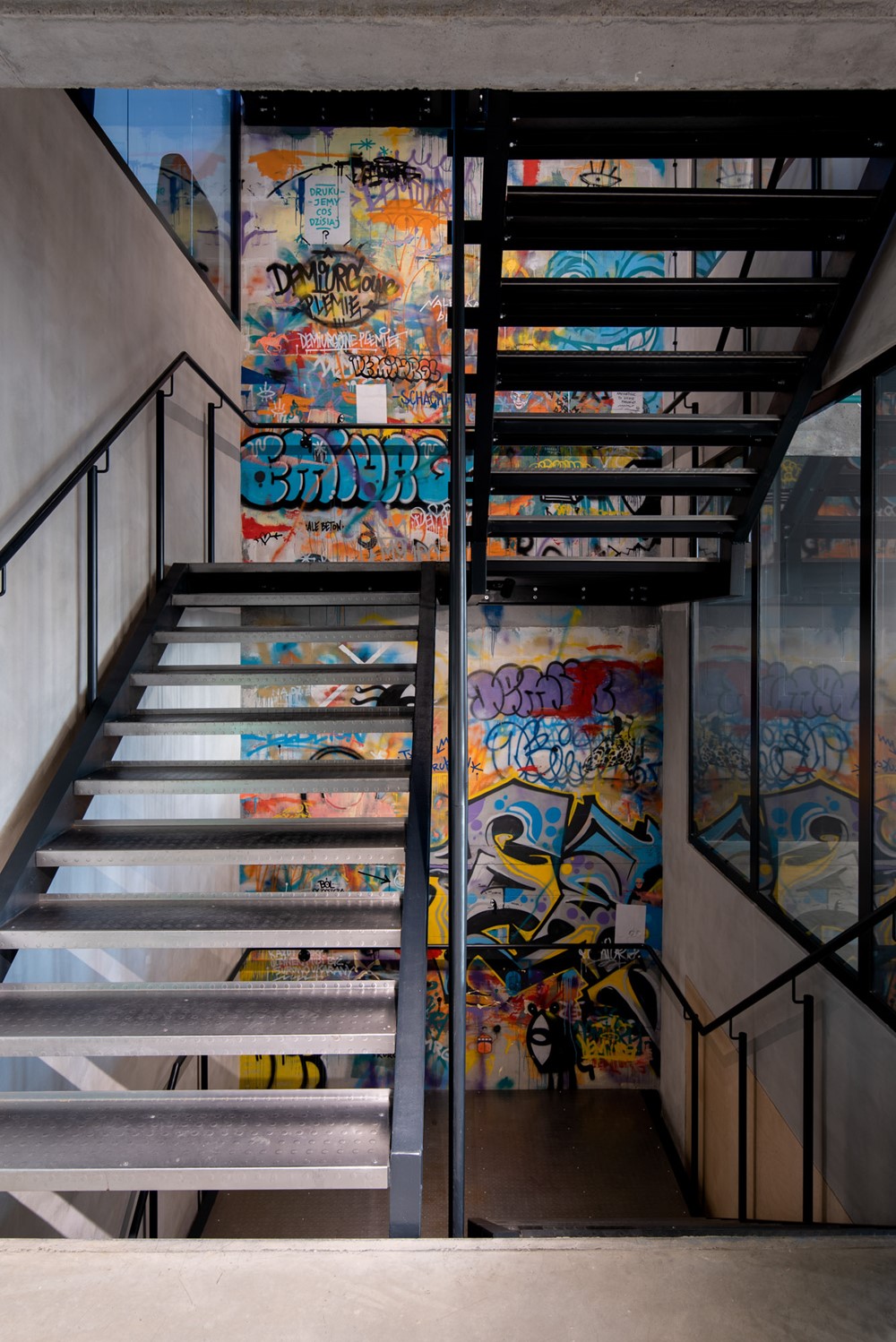 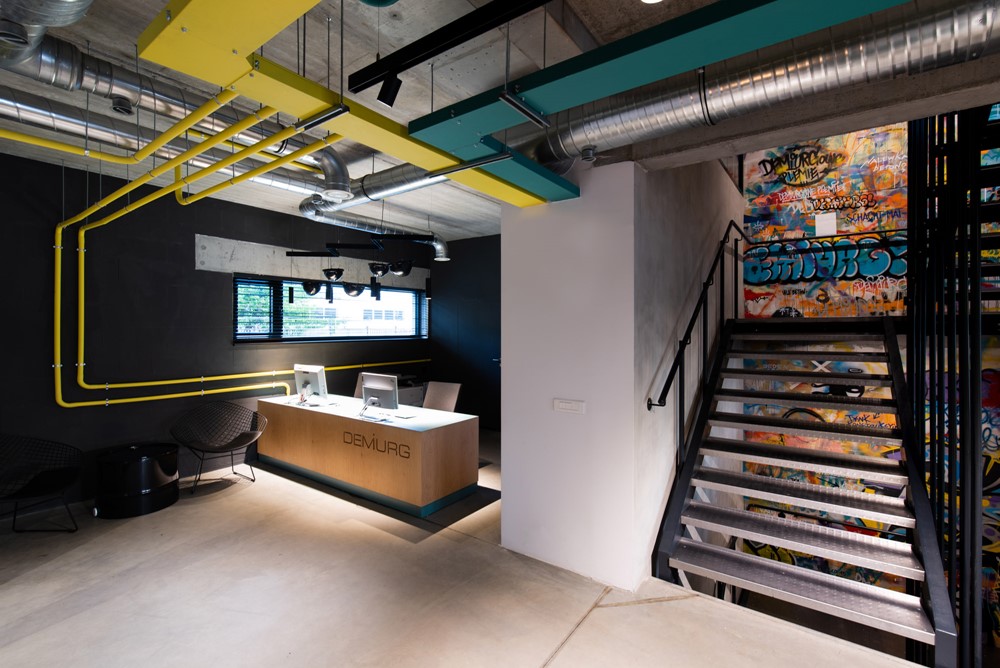 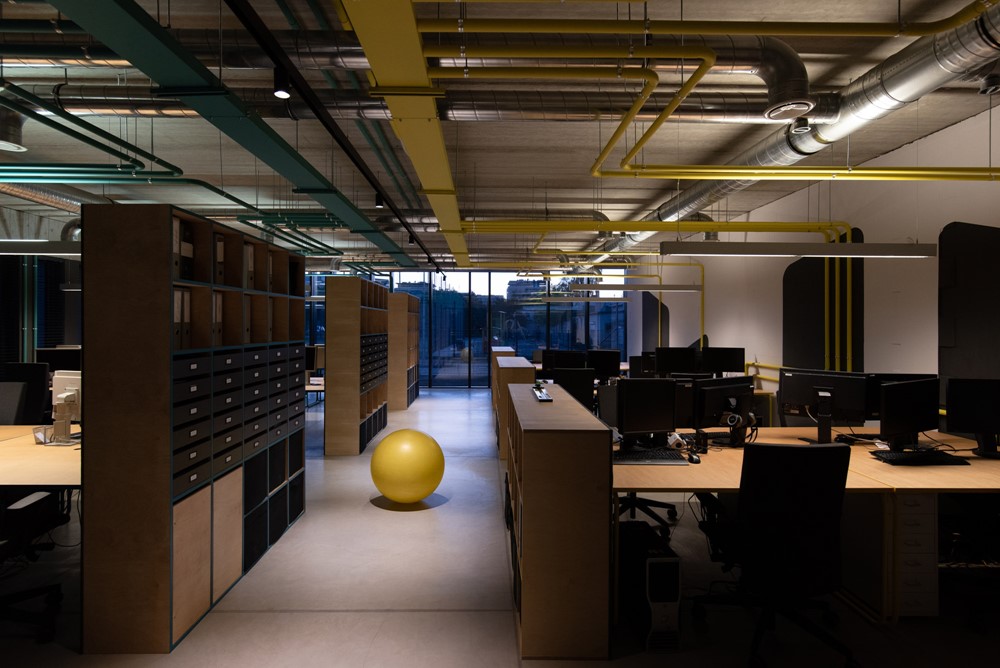 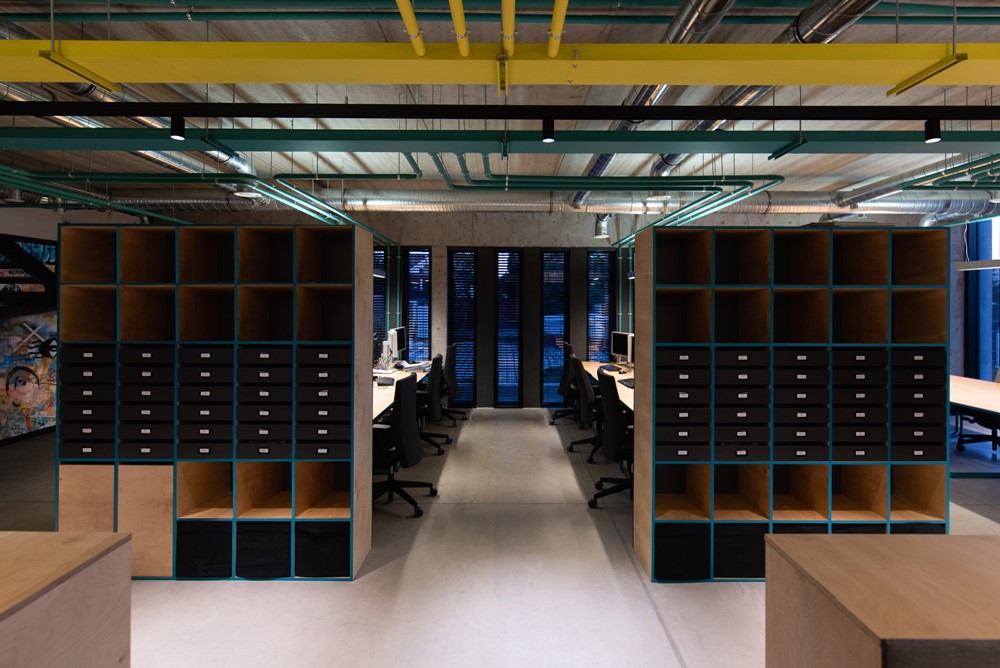 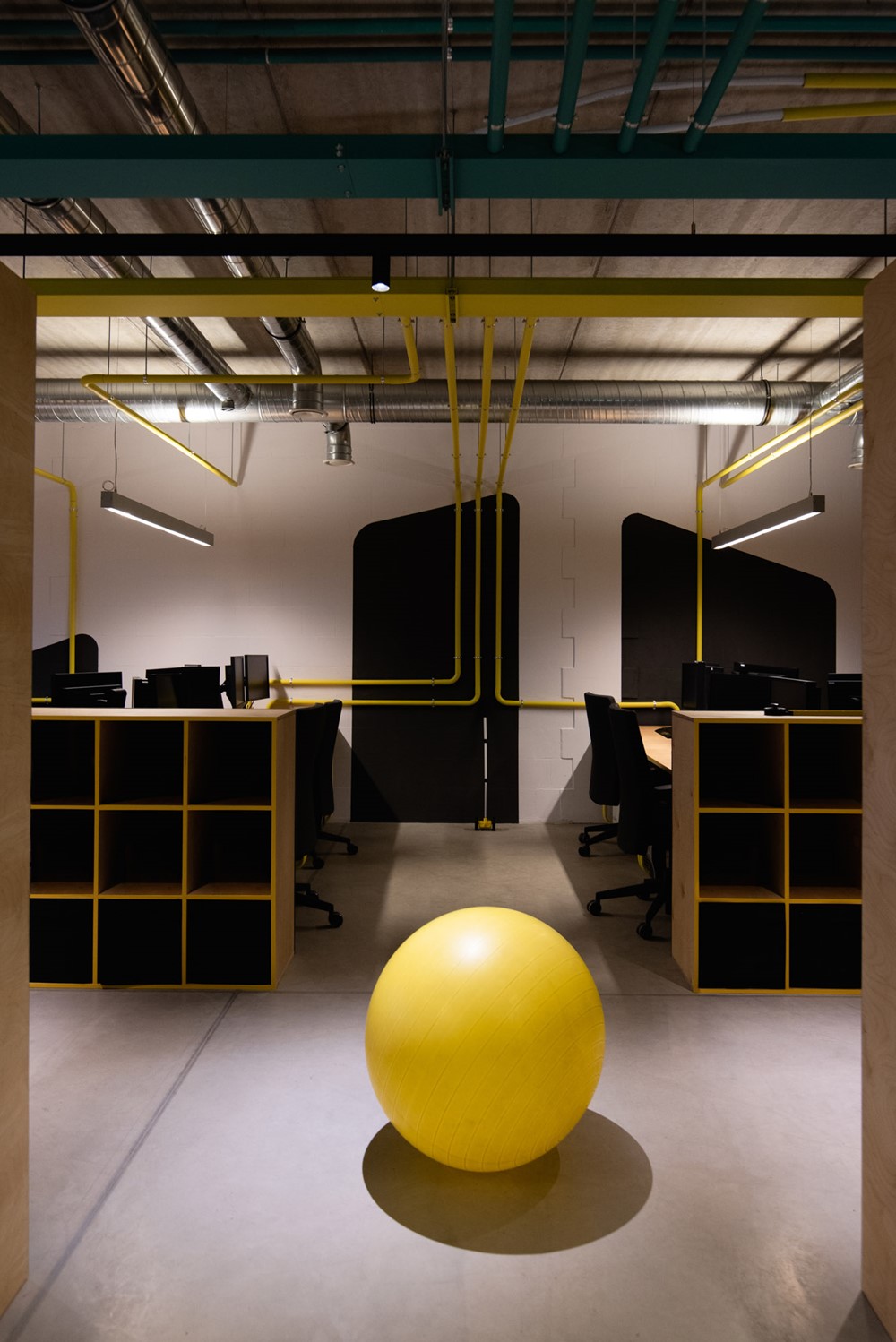 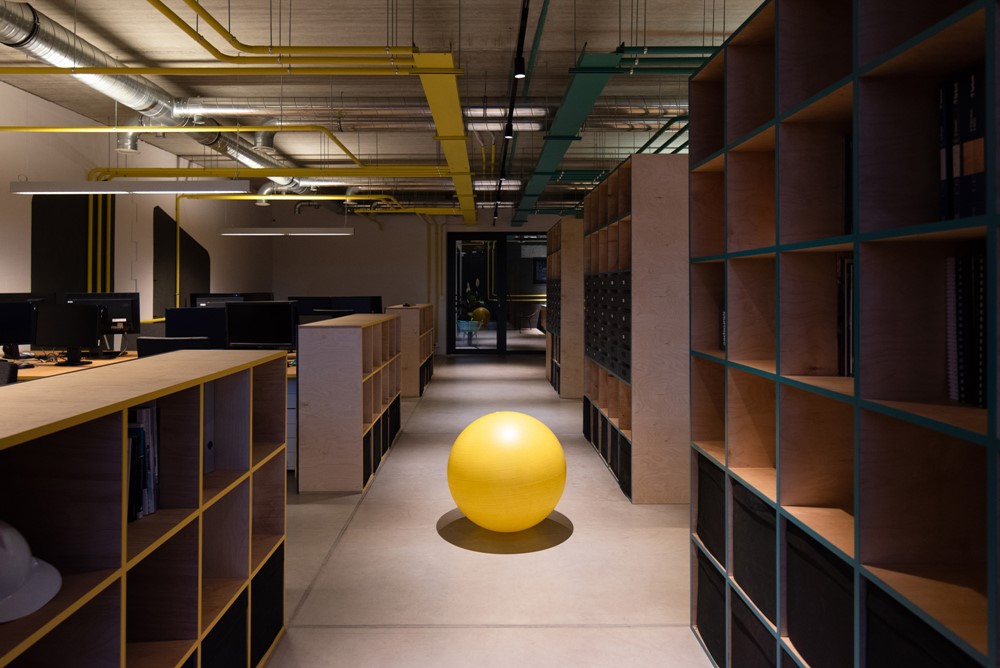 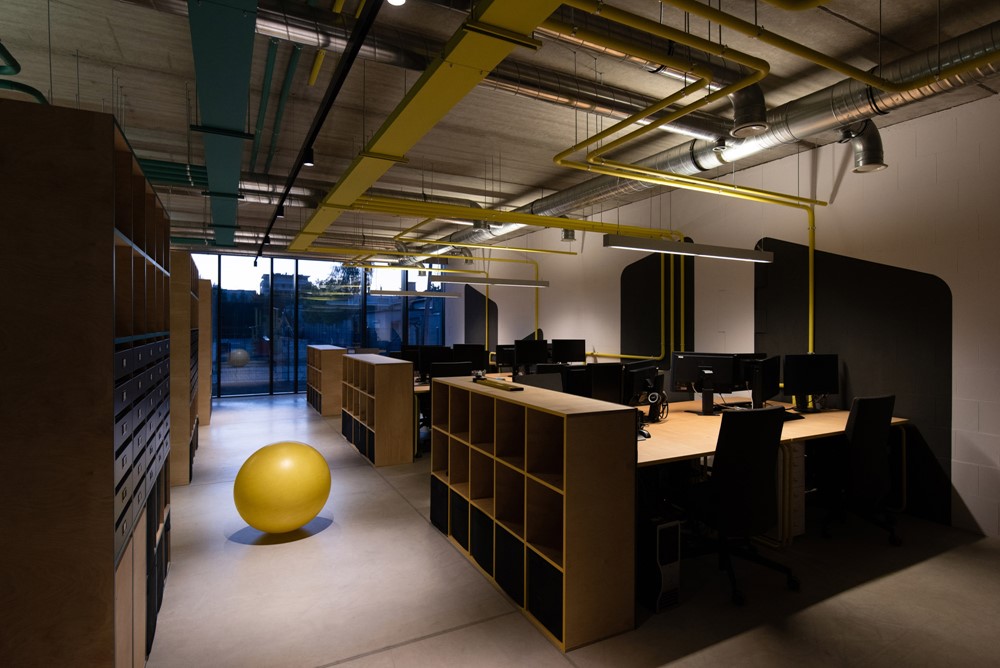 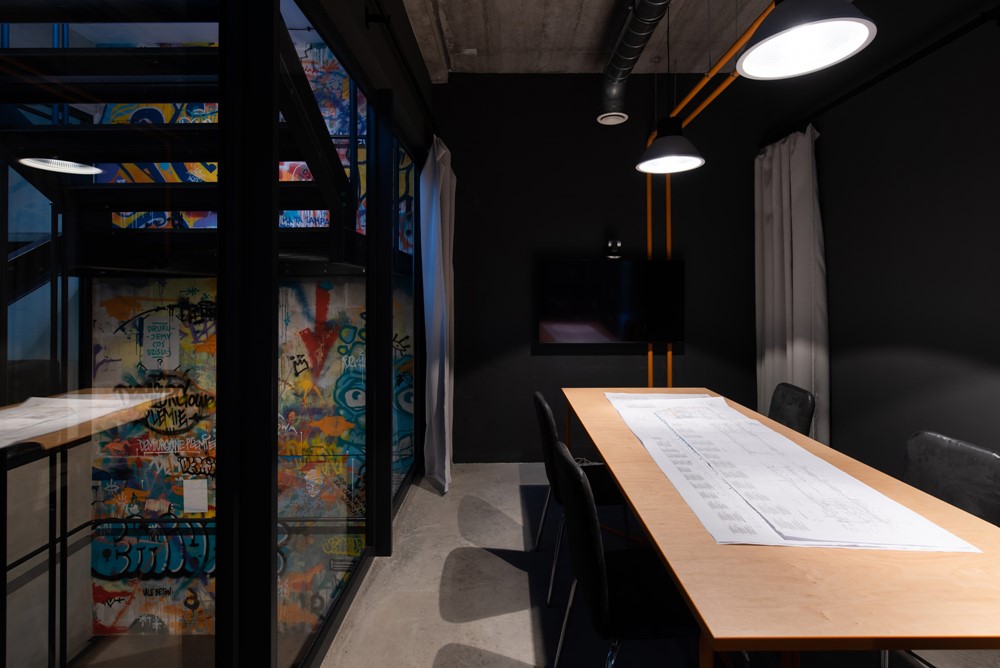 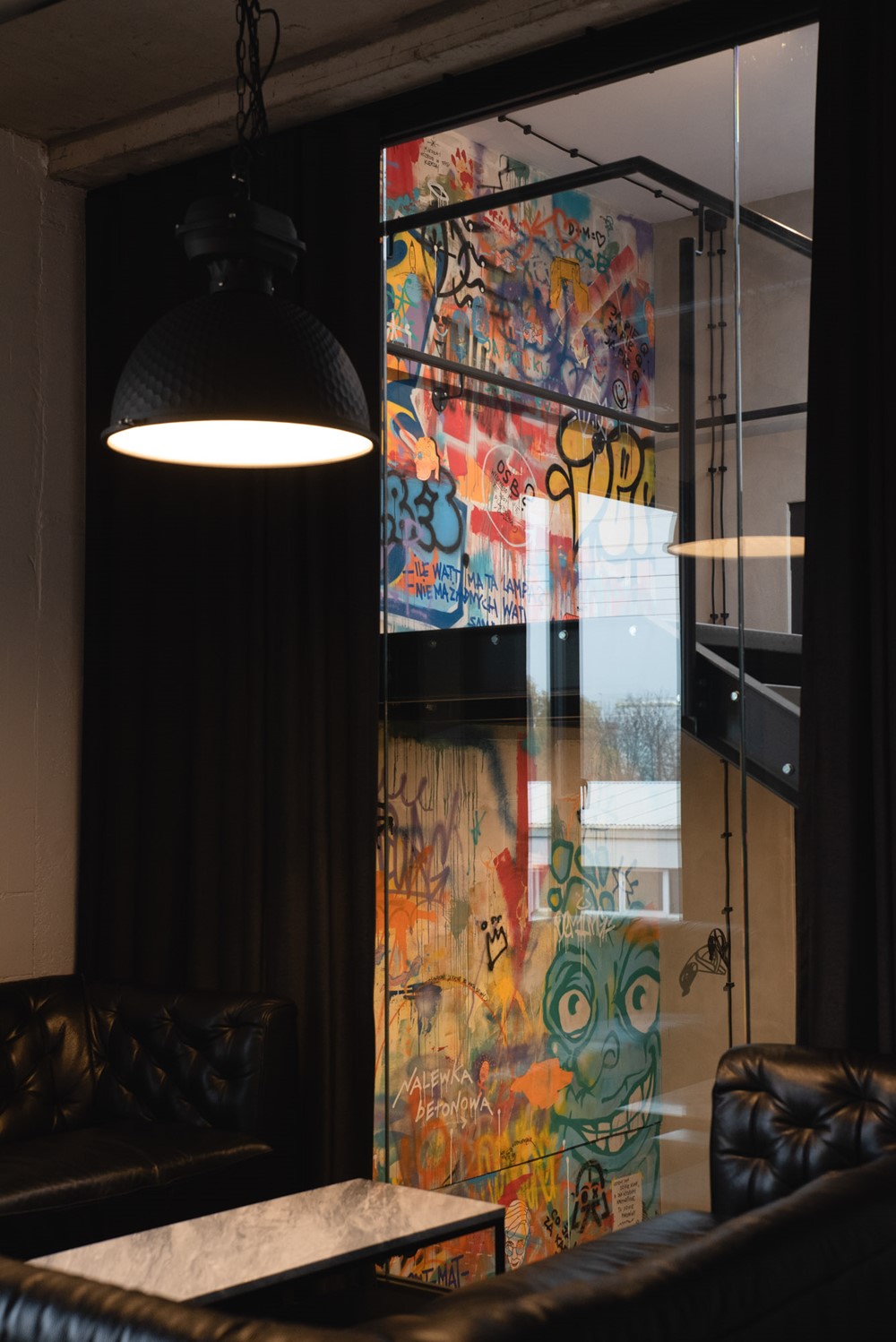 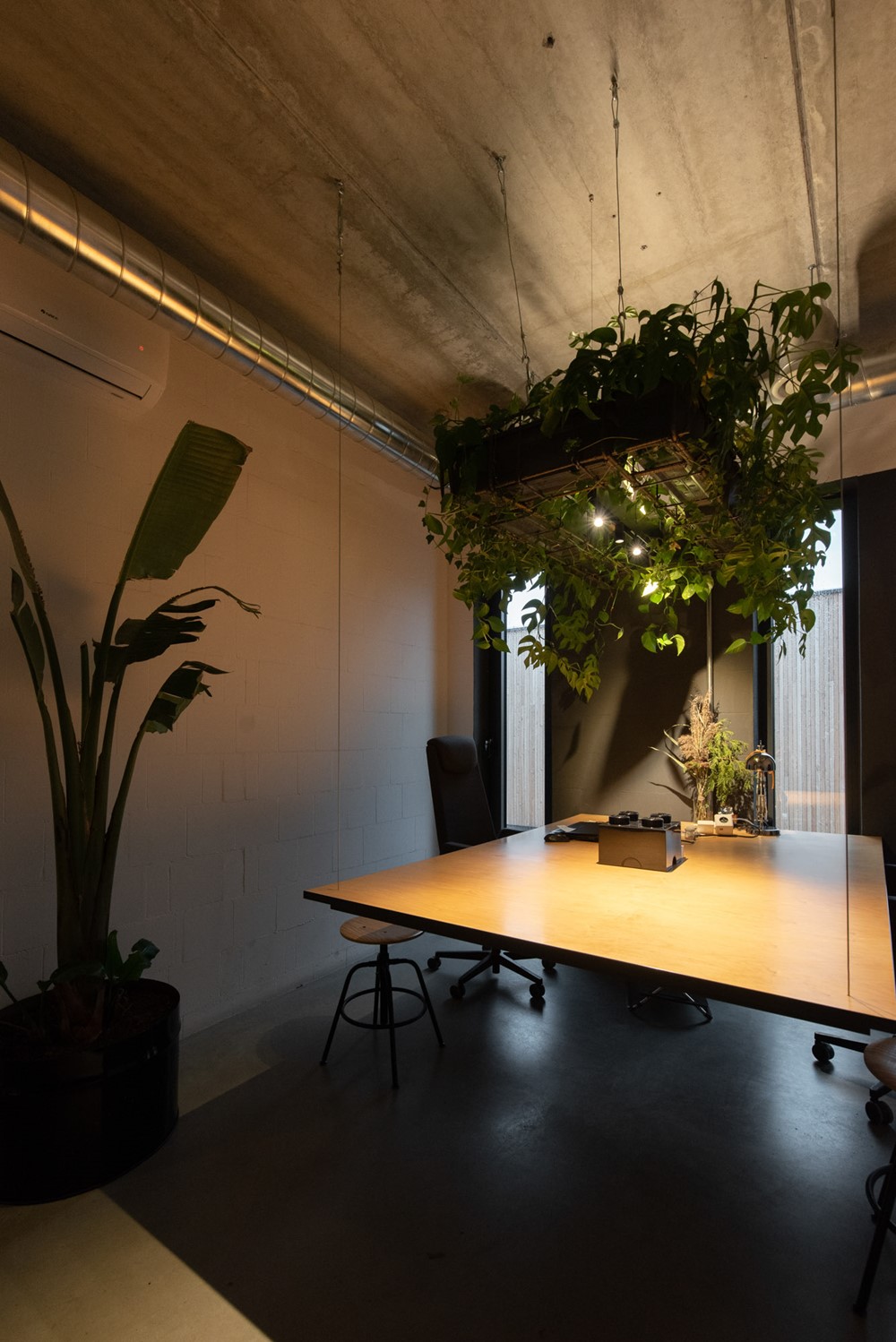 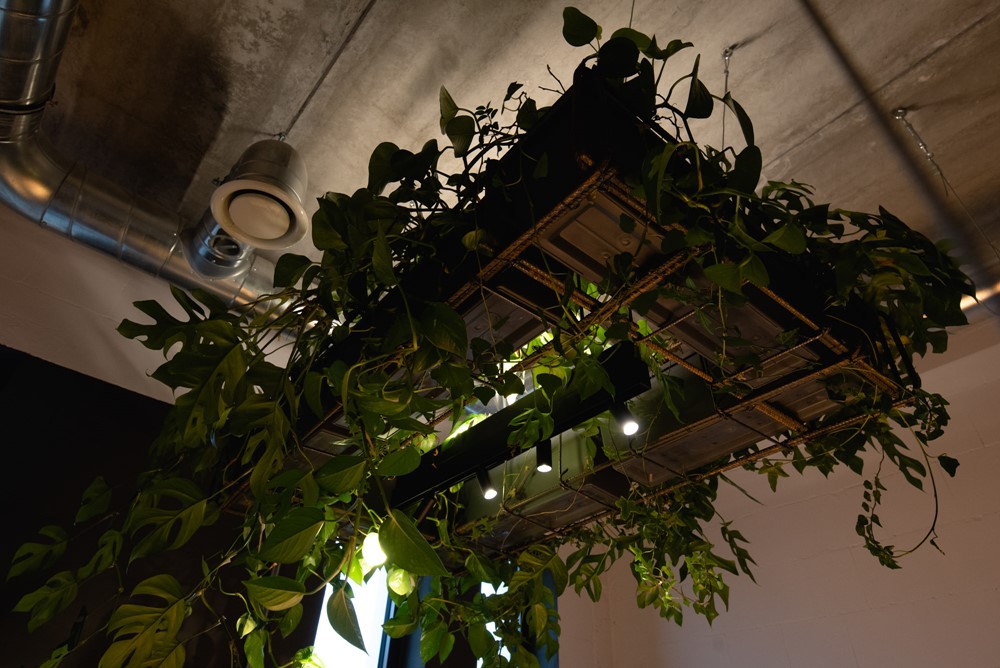 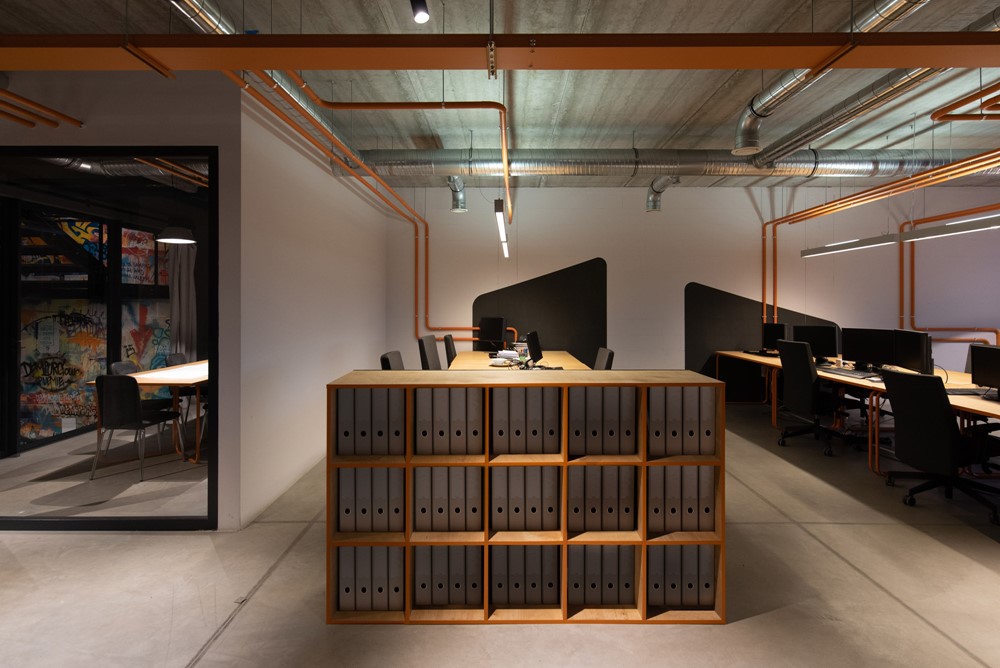 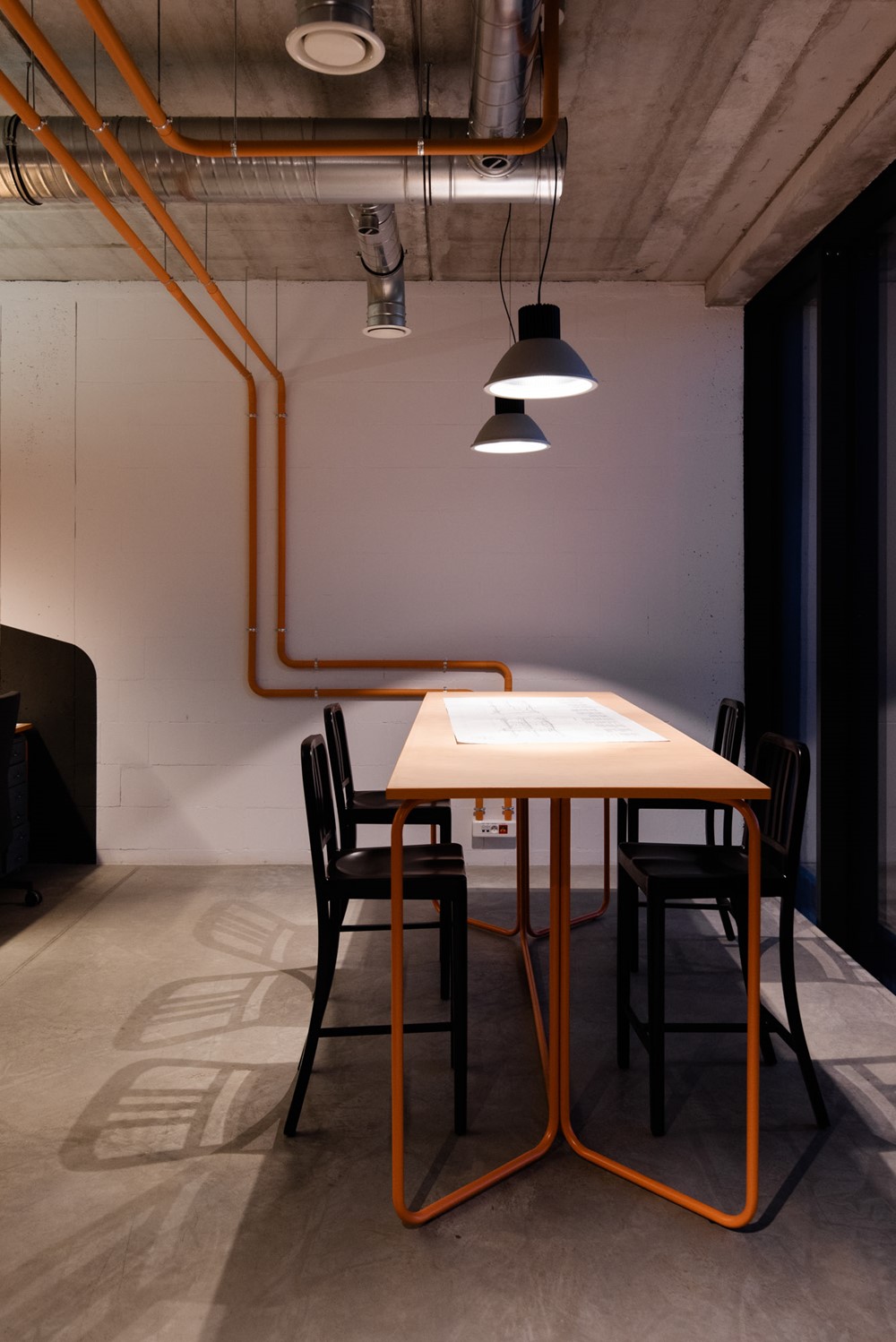 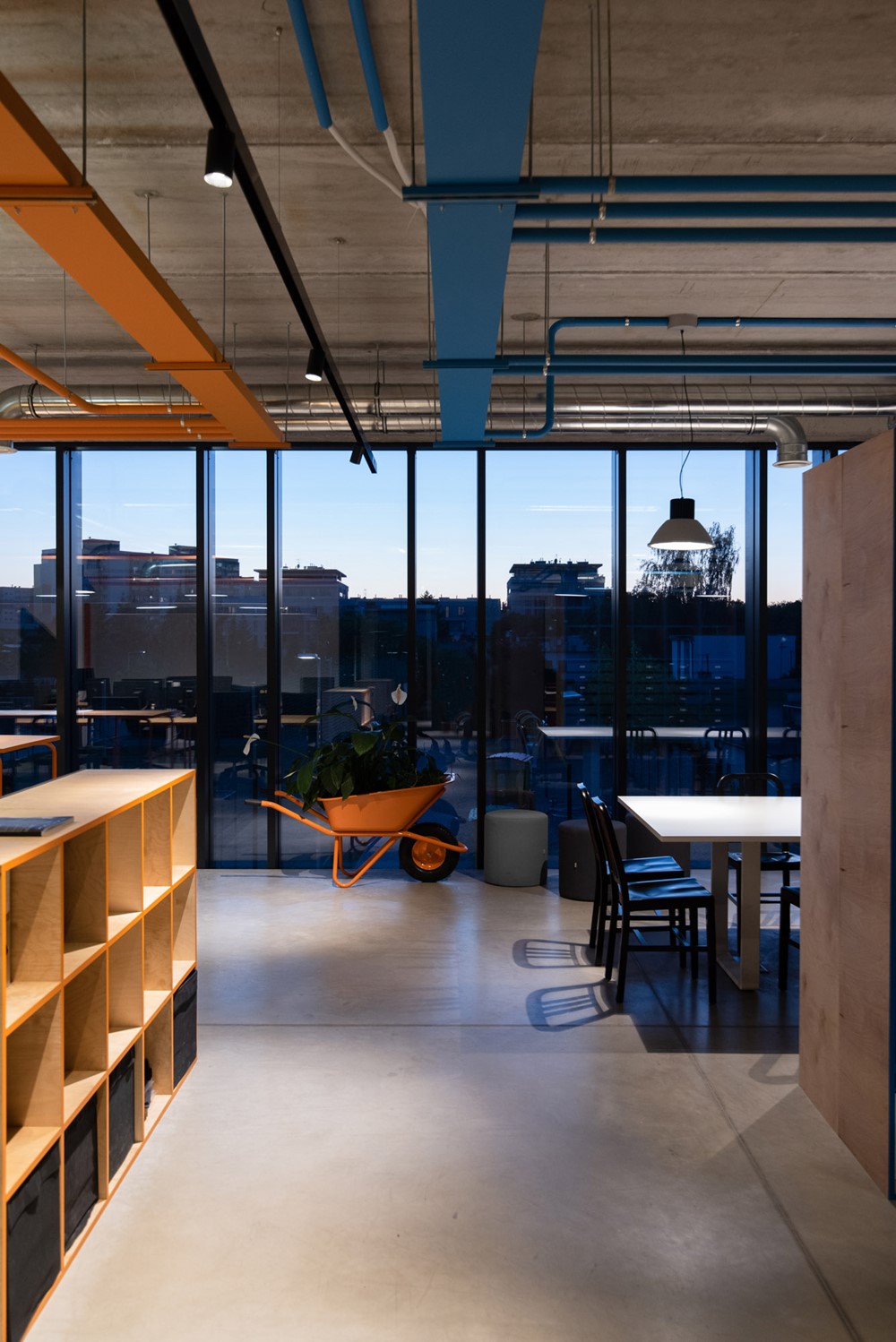 The mystery of the object reveals itself completely from a backyard’s side – the building was raised literally a few meters from a pre-war bunker, which was covered with earth. It was discovered by an investor – DEMIURG company, during excavation work, preparing ground for laying fundamets.
Presence of the monolithic, concrete structure directly infuenced the architectural style, building’s characteristics and materials selection used to fnish interiors.
DEMIURG is a well known and dynamically acting player on the Polish construction market – design & build feld. That’s why in their newest headquarters’ design there had to be room for surprising elements that would reminisce of the building process and to what the company specializes in. For those reasons the task of designing their ofces’ interiors fell to the already acquainted mode:lina™
design team.
What is immediately noticeable when inside of the building is remarkable, consequential rawness of materials used. Not only is the concrete foor and ceiling a nod to the already congealed bunker just
outside the windows, but also a homage to the naked, real construction of the building. Other elements that share this sentiment are concrete elements of the wall’s construction and it’s remaining
extension made out of silicon blocks that were painted in monochromatic fashion.
Rawness of the foor, ceilings and walls beautifully contrasts the materials used to fnish furnishing – that is organic plywood with colorful edges. Colors used directly refect internal branding- a code
assigned to various sections that all add up to the company’s structure. Mentioned color code is easily noticed in the ceiling, taking the shape of entanglement made out of pipes of all colors, which pay tribute to often hidden installations, as well as to characteristic CAD drawings, which are bread and butter of a design process.
In order not to interfere with the integrity of furniture, all shelves, worktops, kitchen installation and wall surrounding it were separately designed by mode:lina™ and made out of natural plywood. Here and there there are also details that ought to refect the world of building – steel i-beam functioning as kitchen’s girandolle, protective helmets over the reception, wheelbarrows with plants of all sorts and reinforced cages – also with plants.
The most spectacular element of the building however is the open, steel staircase going through all the foors of the building, fnished with a skylight. The highest wall in the building, attached to stairs, was given into care of the most notorious and well liked Poznań’s street artists: Noriaki, Bart Sucharski and Fresk. Their task was to cover the wall with naughty, dirty, street art – ish hotchpotch, in which they intricately hid quotes from the life of “DEMIURG tribe”.