Garden Road Backyard Renovation is a project designed by Nathan Fell Architecture. The owners knew they wanted to create spaces in their backyard that be useful and encourage them to be outside more often, but because their backyard space is so massive the scope and size of the project was initially difficult to define. After a few initial rounds of design, the project ended up creating a series of spaces near their house and pool rather than try to utilize the entirety of their yard. Photography by Sara Essex Bradley. 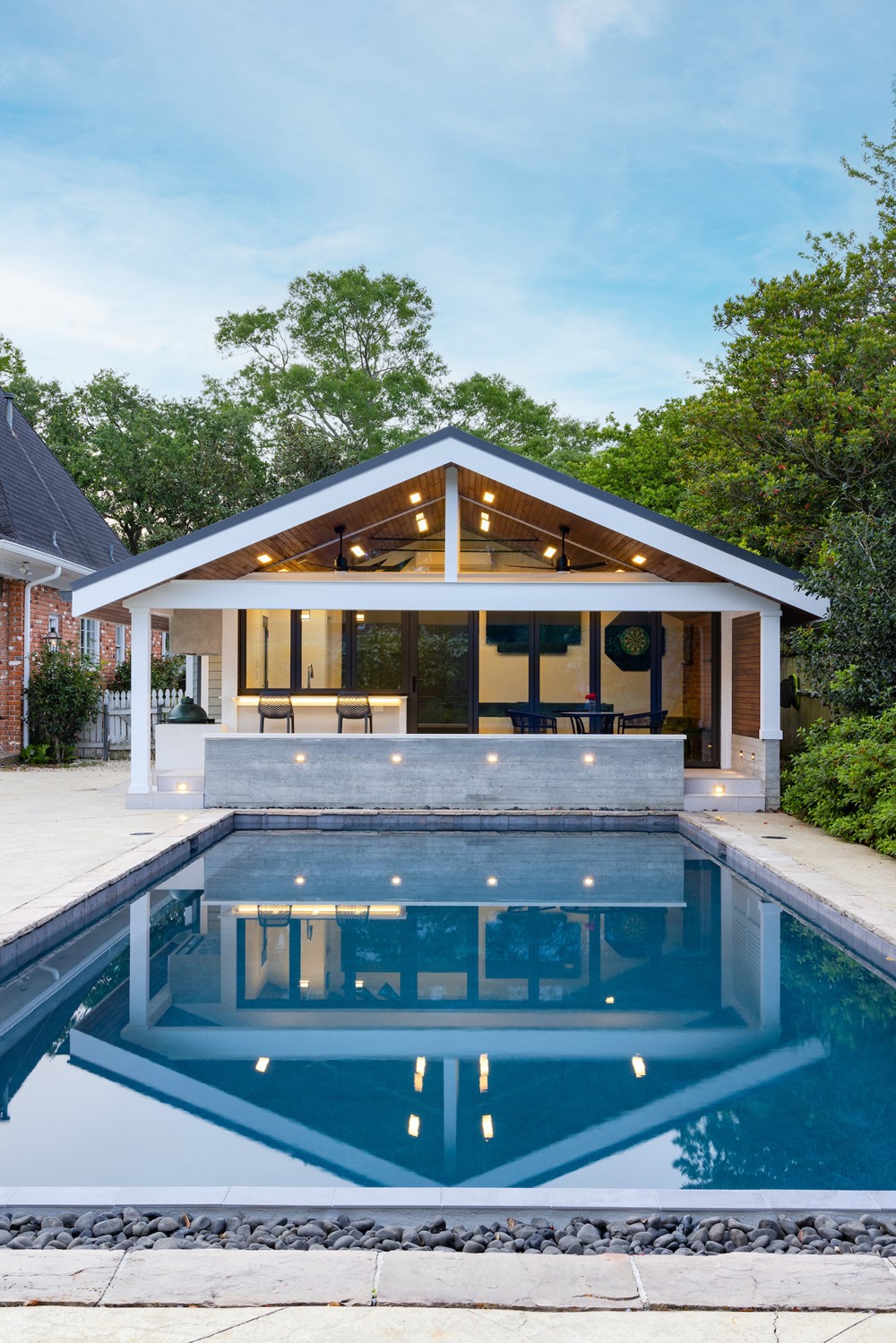 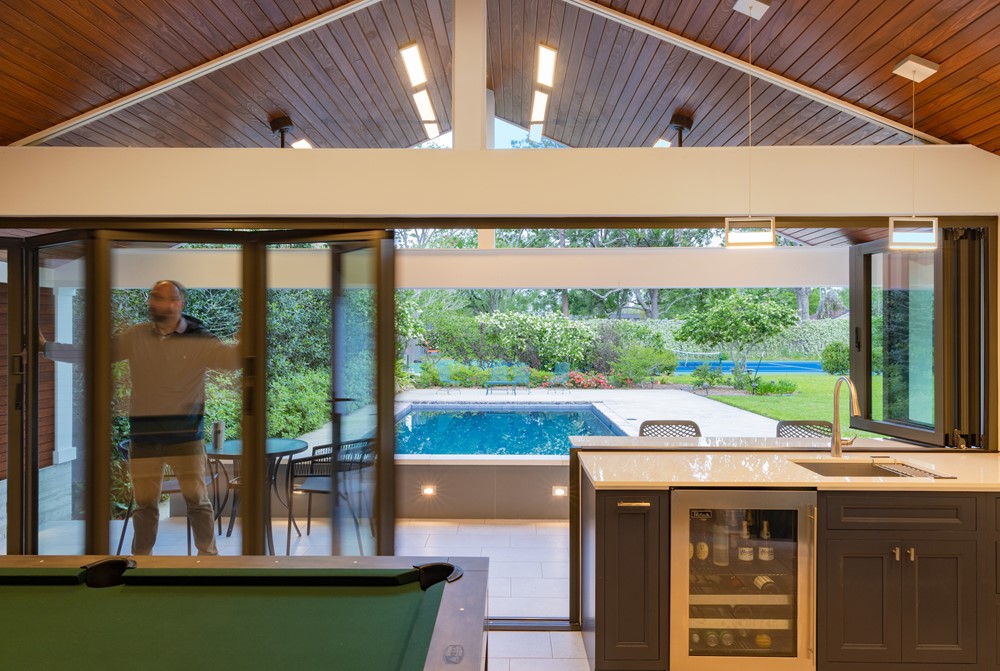 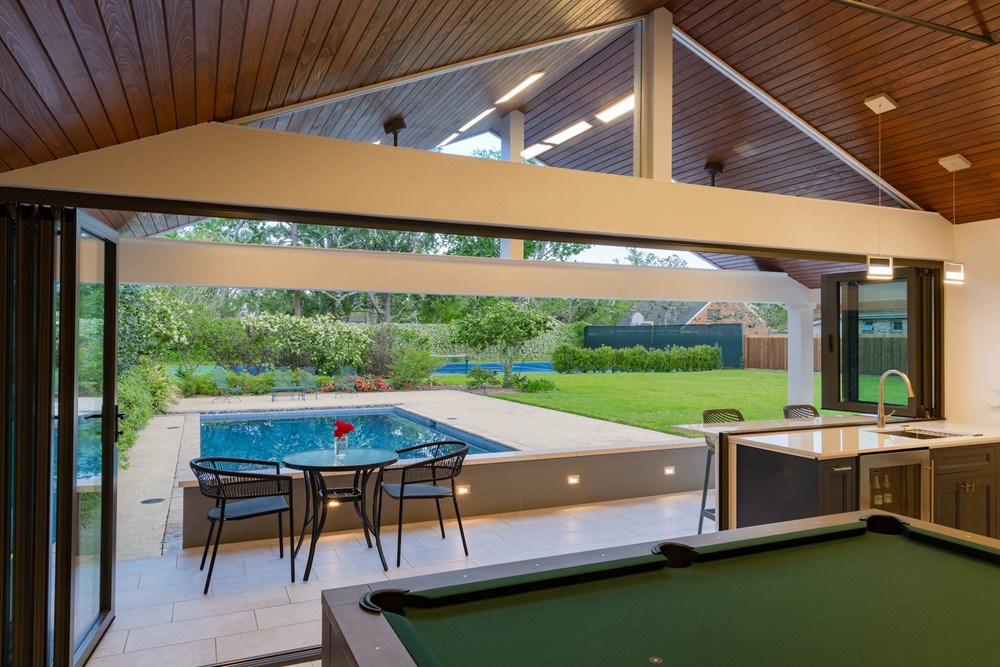 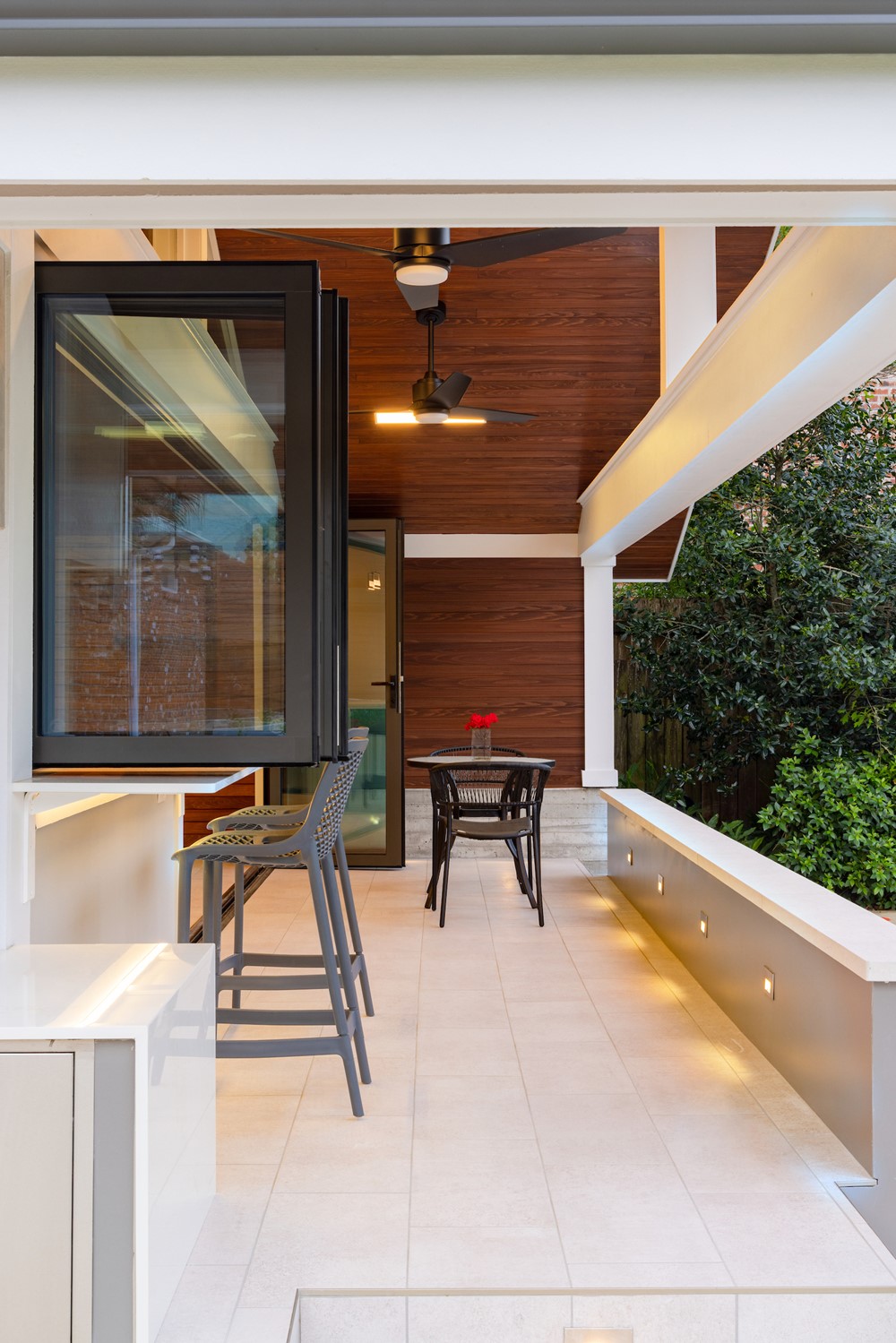 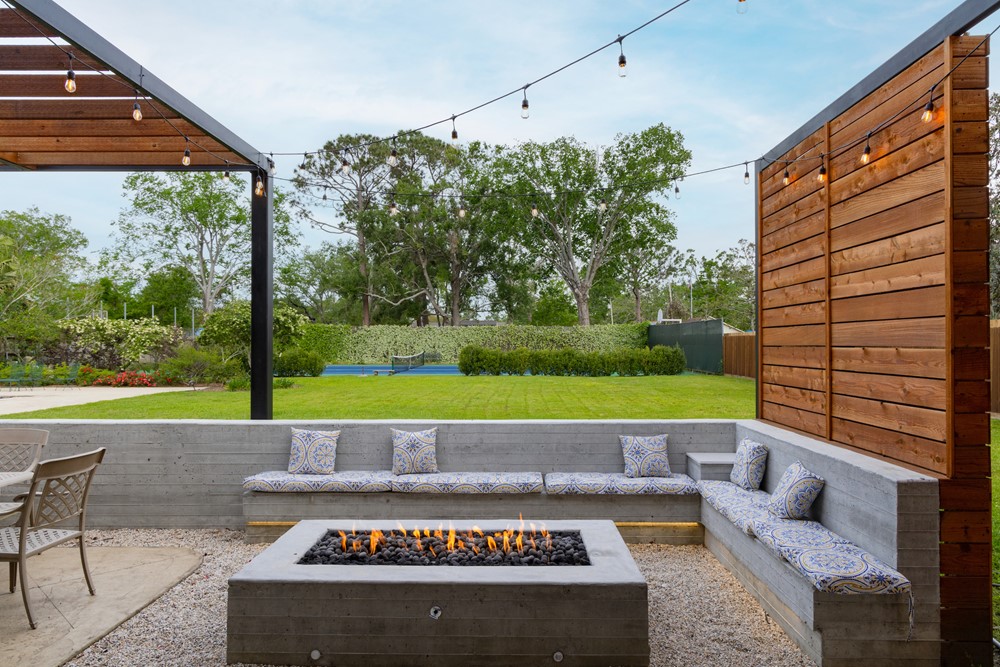 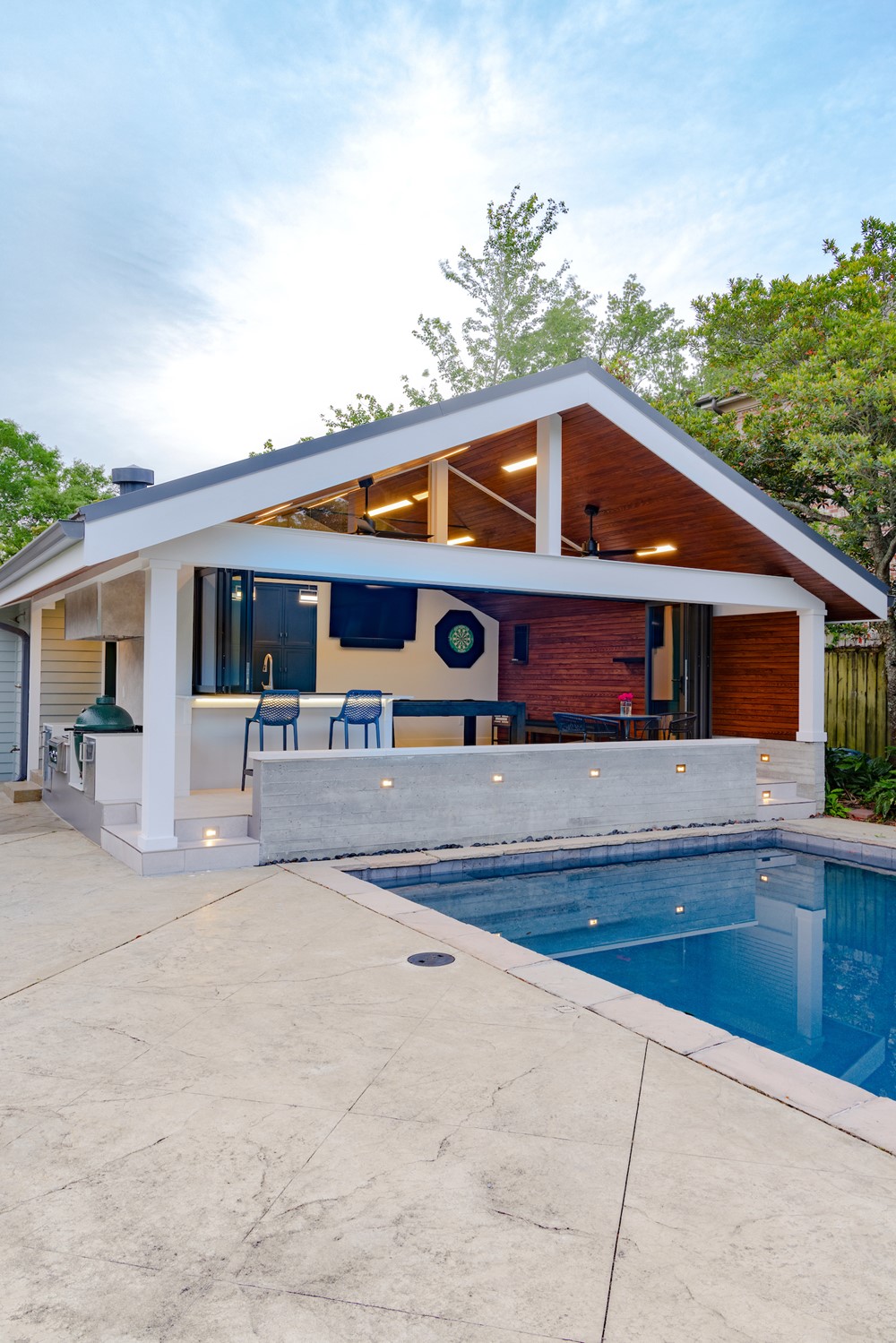 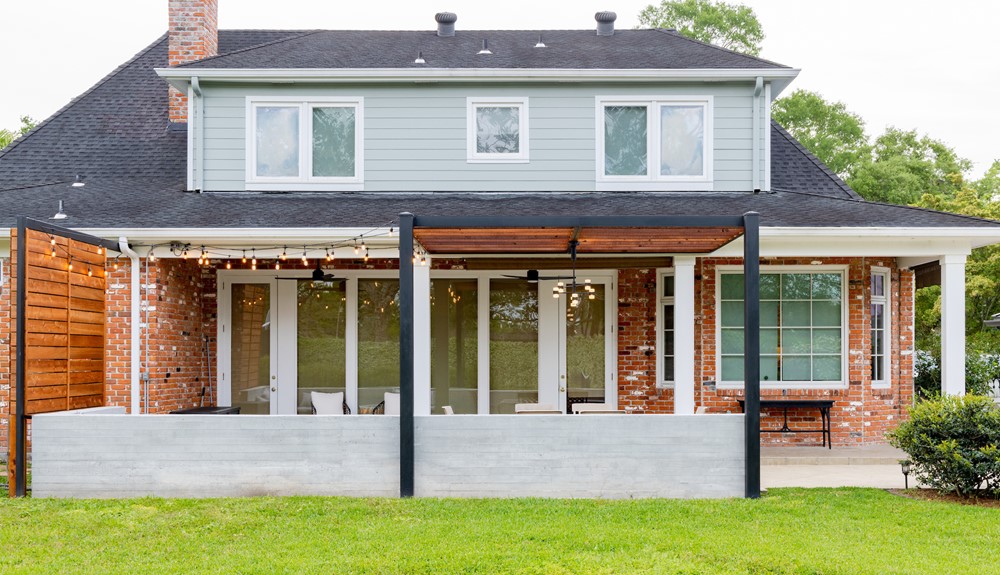 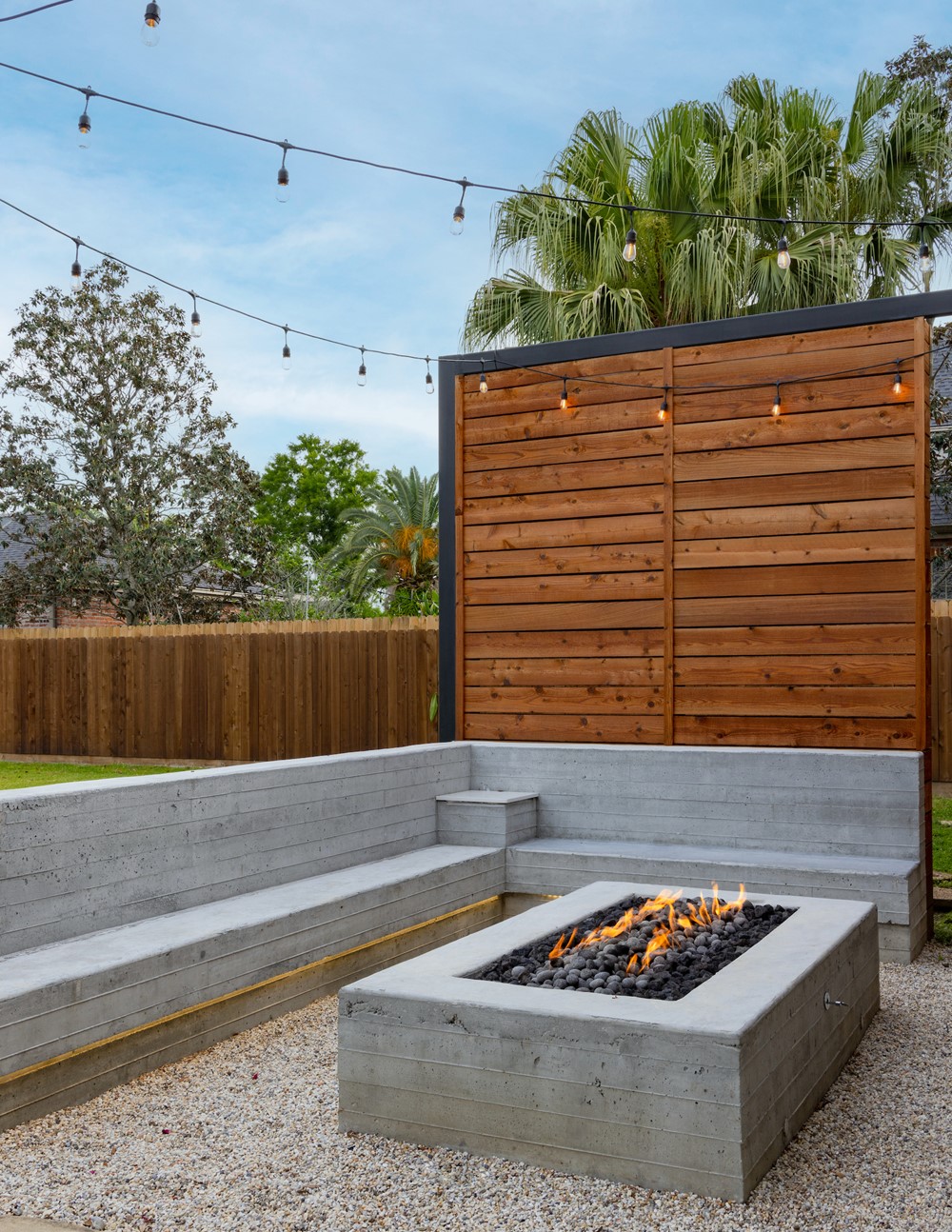 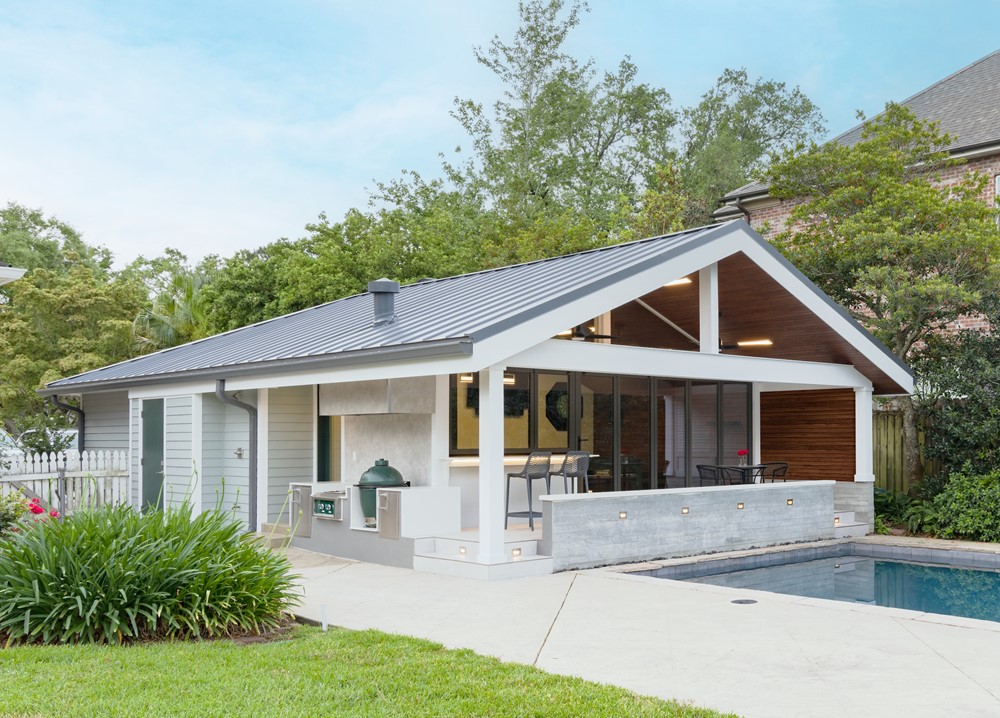 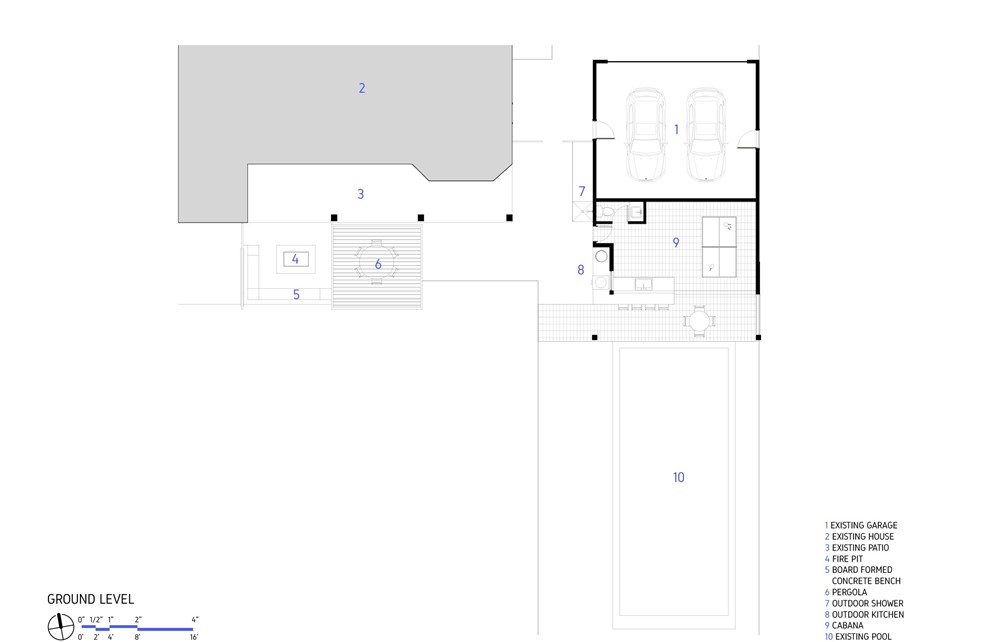 The existing pool was situated in proximity (and almost entirely aligned) to a detached garage. The garage was perfectly useful for parking cars, but nothing special Architecturally and certainly not functionally associated with the pool. The cabana would have been too far away from the main home if it were located on the opposite side of pool and would have been too large and visually obtrusive if arrange to the side of the pool. The design of the cabana was conceived as an addition to the garage that more appropriately capped the end of the pool with an openable space that could be used for cooking, lounging in the shade poolside, or playing games in with the space itself. There wasn’t enough space between the garage and pool to contain all the uses they wanted, so an additional shade structure with a dining space and a fire pit with build-in benches was included to the project, located near their existing living room.

Board formed concrete walls were used as a common element between the shade structure and the cabana. The base used as a planter wall and back to the bench in the shade structure is maintained in the base of cabana to develop aesthetic cohesion between the two spaces. The cabana engages a build in bar to a series of folding glass walls for compact efficient use. The interior of the cabana had to maintain the existing garage roofline for structural stability, but the interior is vaulted to the highest extent possible. The interior of the vault is lined with wood to frame the space for visual clarity enhancing transparency.

A goal of the project was to make a vast backyard more useful at a walkable scale by creating outdoor spaces close to each other and the existing living areas in and around the home. Rather than attempt to encapsulate the entire backyard it creates density around the edges that look onto the backyard. Because the spaces engage with the existing conditions the space has become a much-used outdoor living space.