Hotel Schani Salon is a project designed by Archisphere. Boutique hotels, run with a personal touch, are distinct and often luxurious, and a classic Viennese salon in the style of the early 20th century provides artists and free thinkers a space for creative exchange of ideas. In 2018 these concepts were united in the Hotel Schani Salon: Theme rooms—designed and realized by Archisphere—represent invitations to experience Jugendstil’s history in an authentic environment. From Sigmund Freud and Otto Wagner to Egon Schiele, Gustav Klimt and his muse, Emilie Flöge. From the entrance that resembles a traditional coffeehouse to the voluminous art nouveau shower. Photography by Gregor Hofbauer. 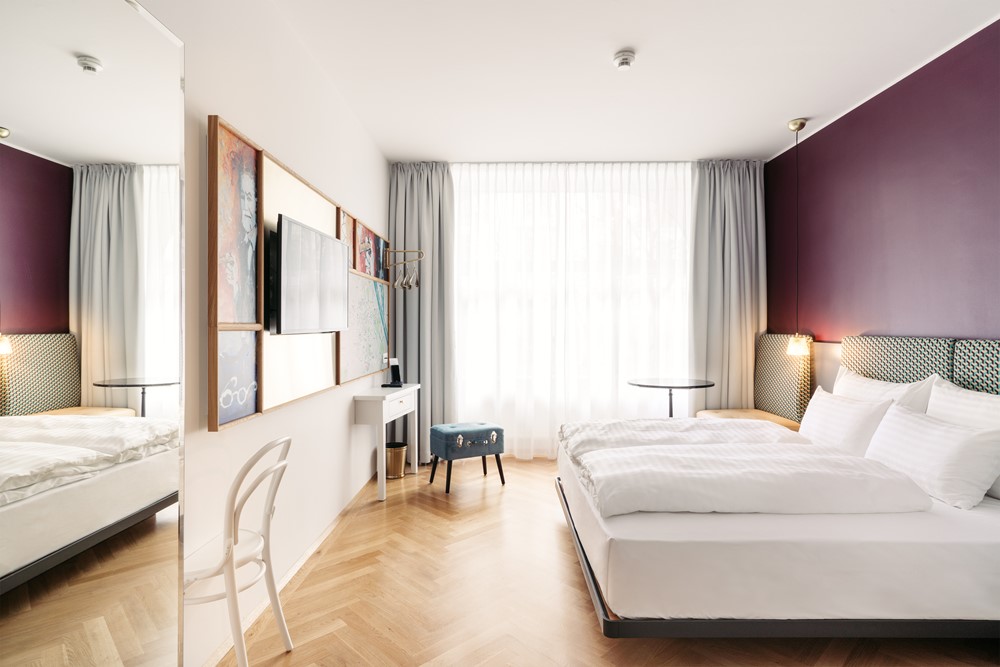 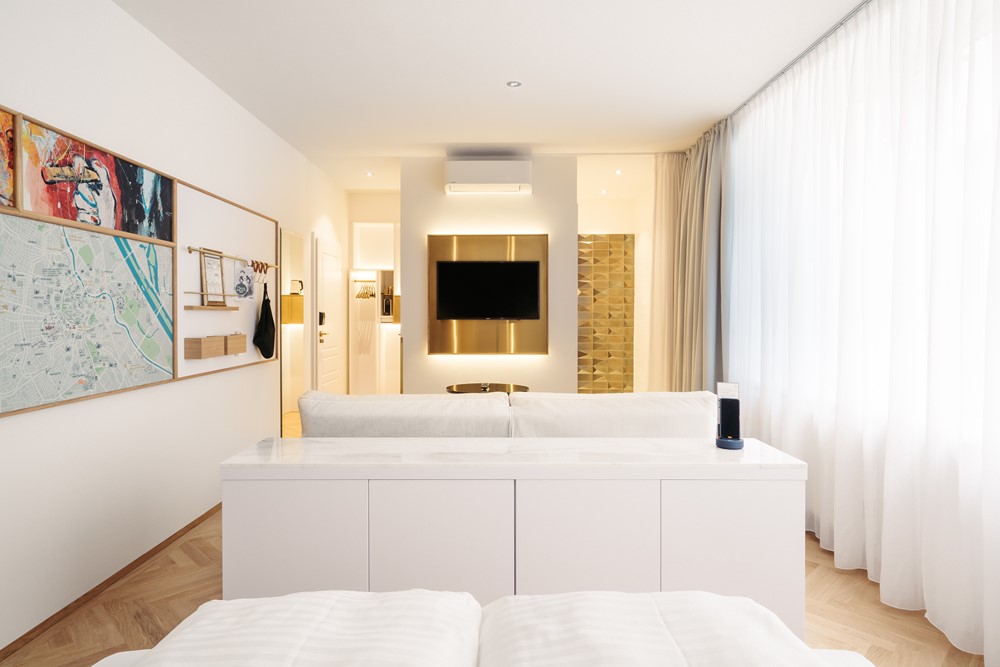 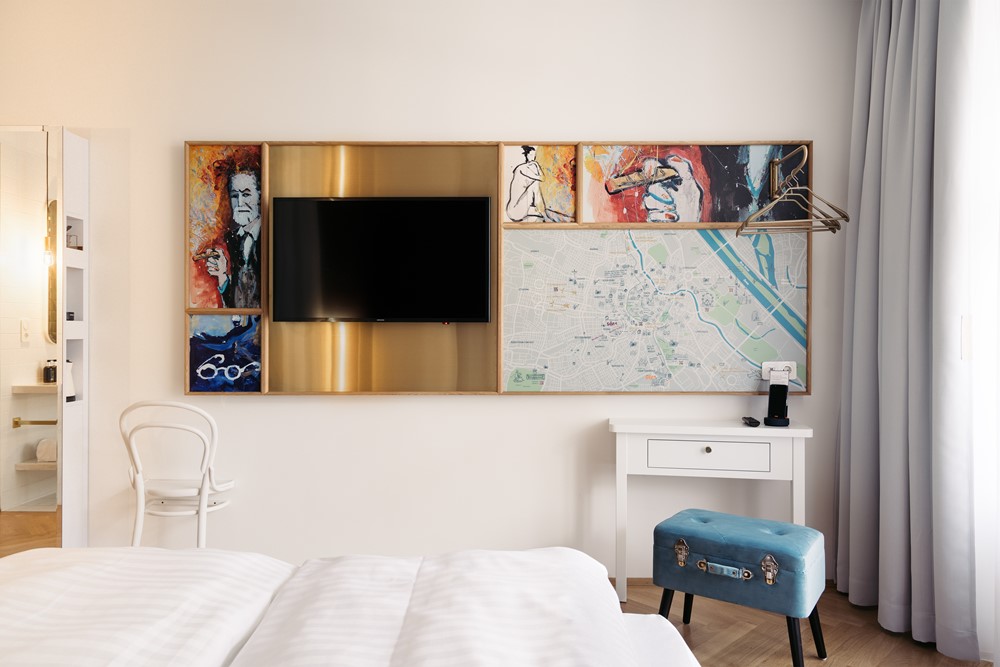 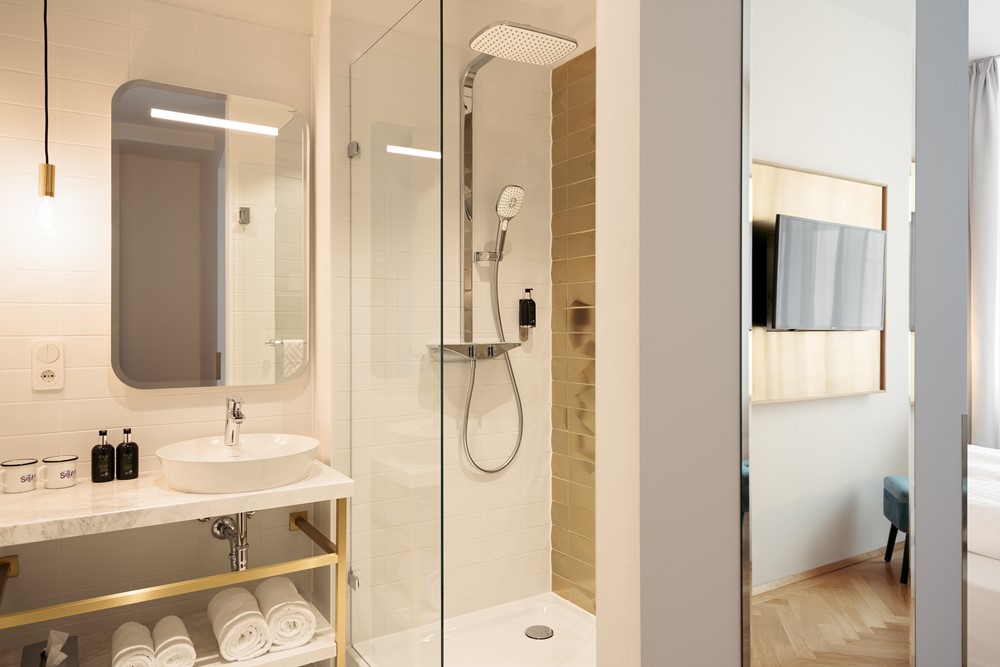 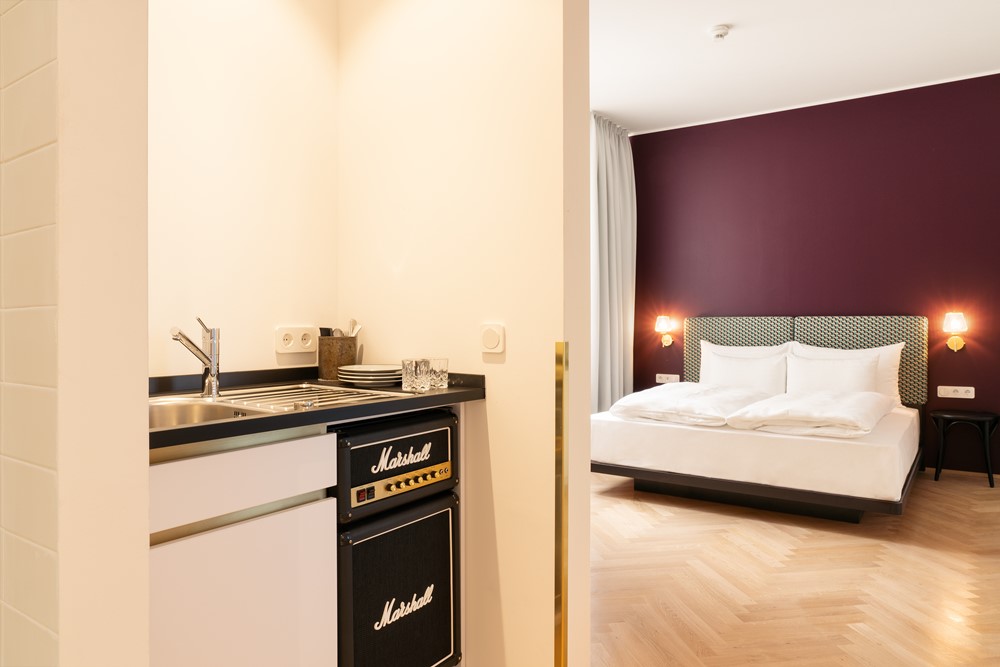 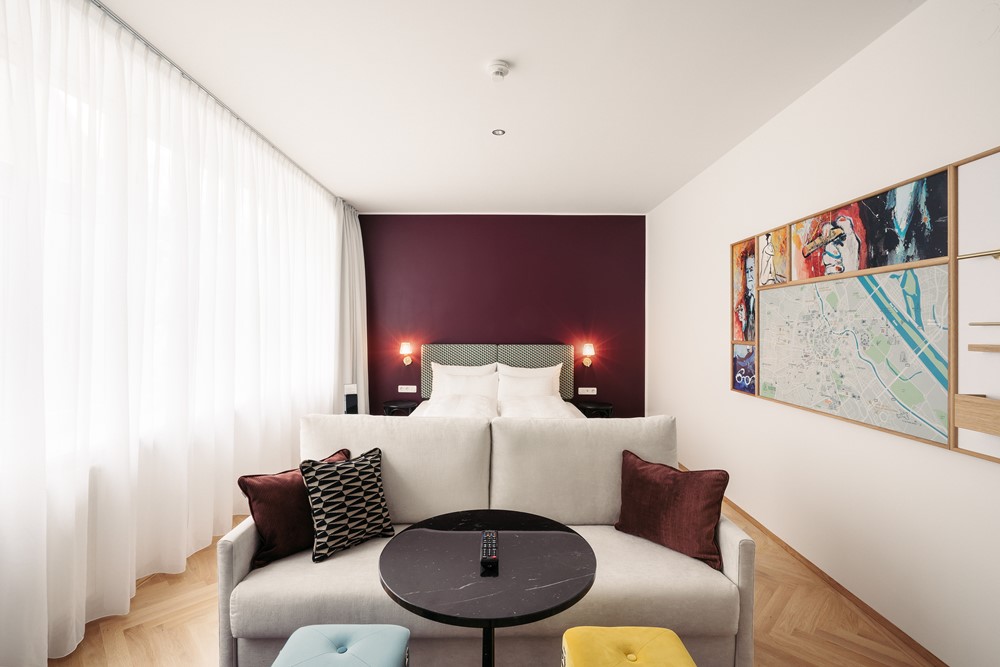 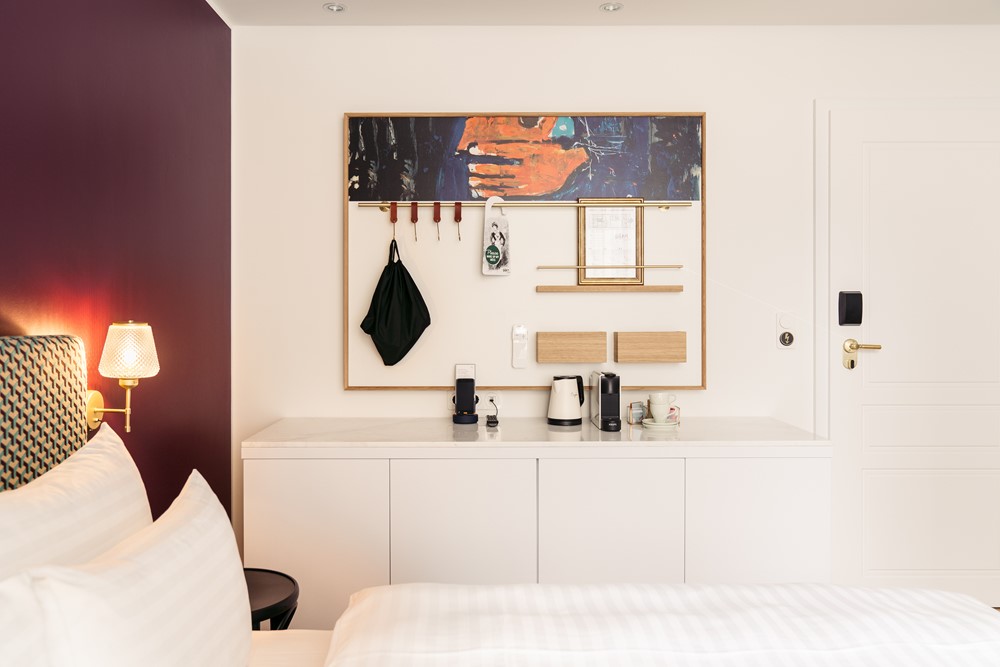 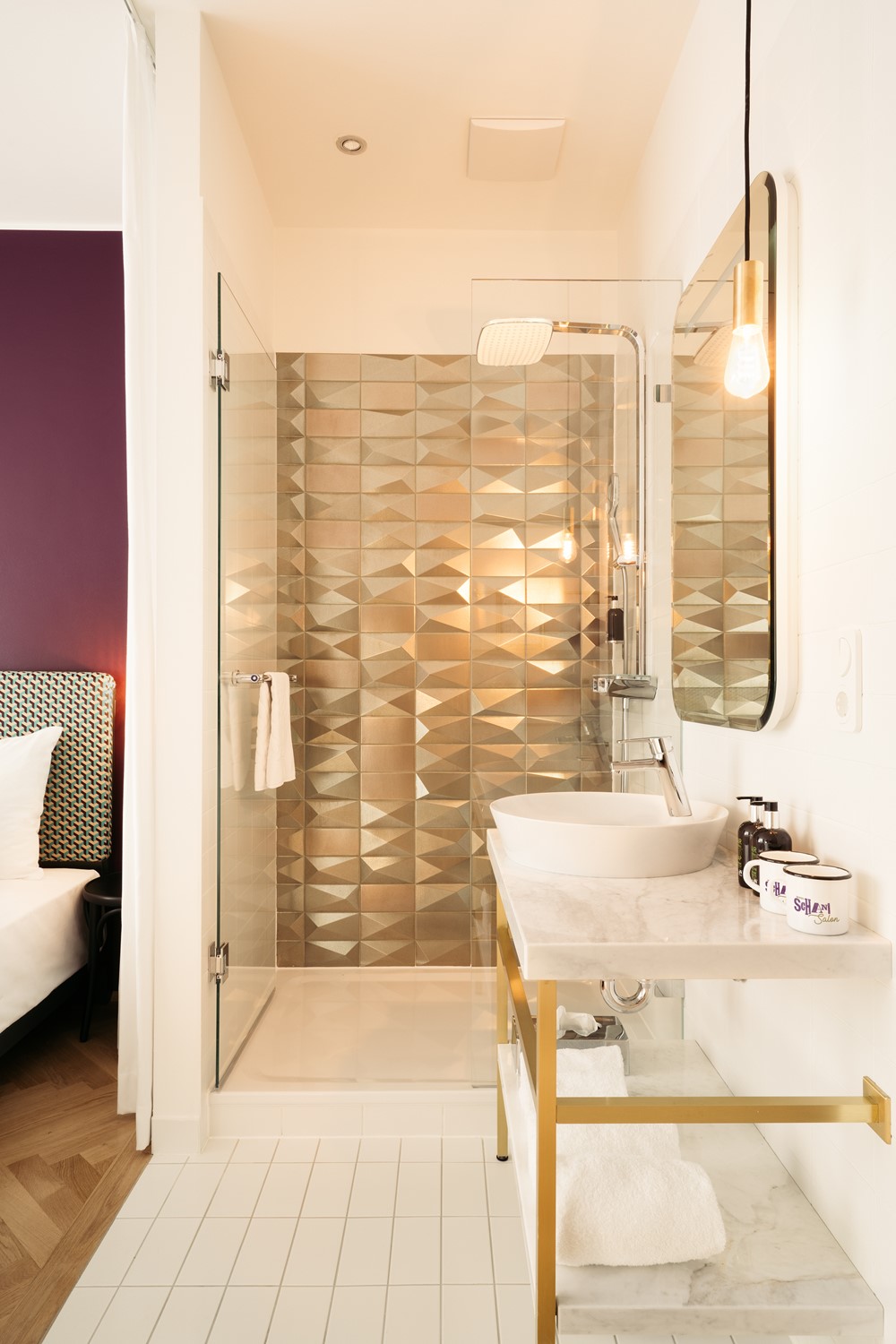 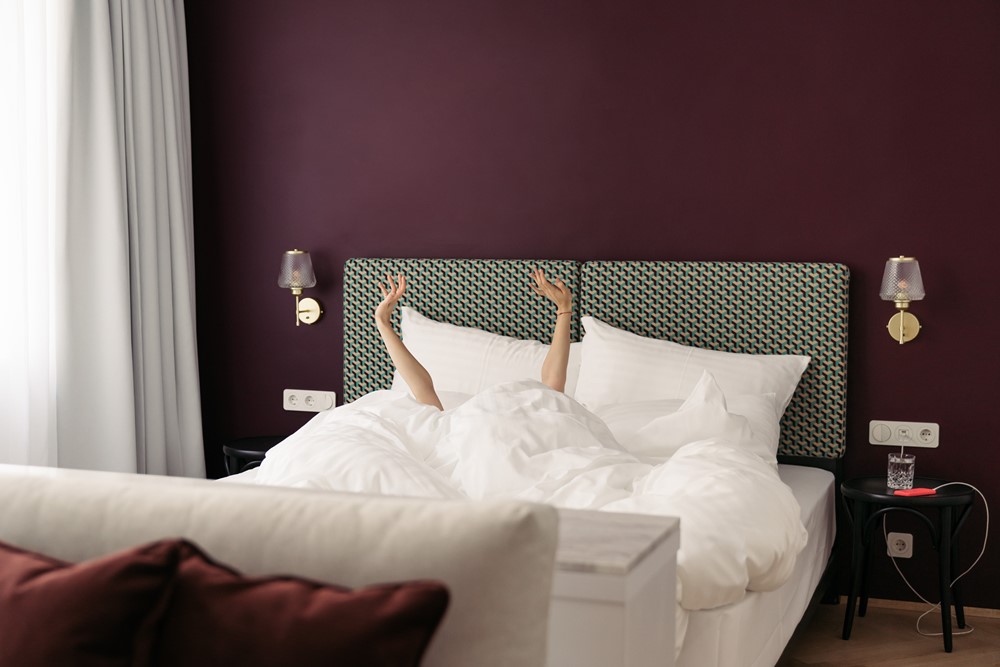 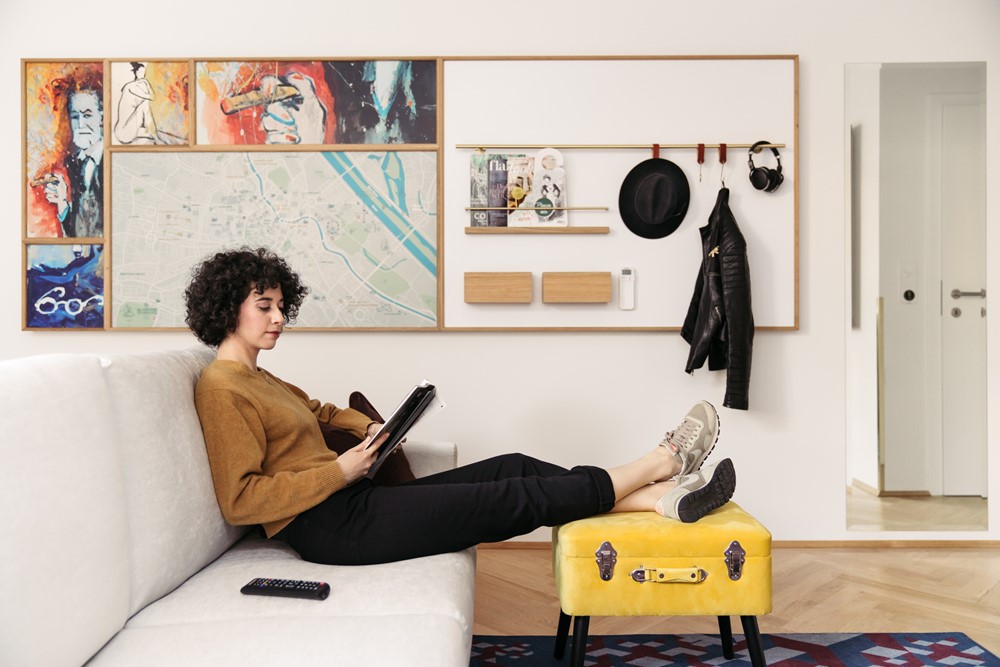 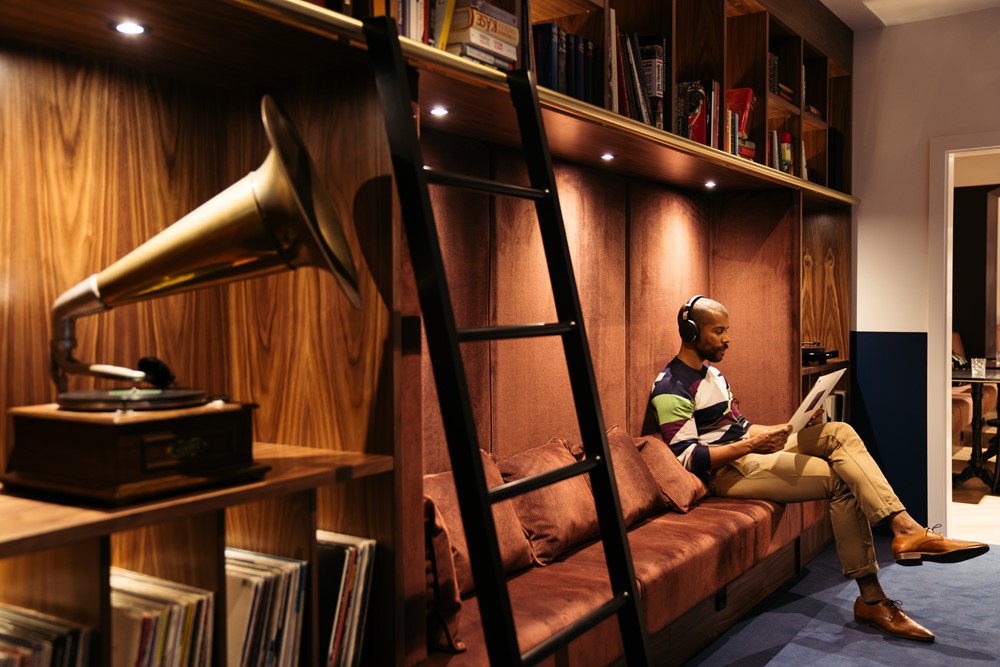 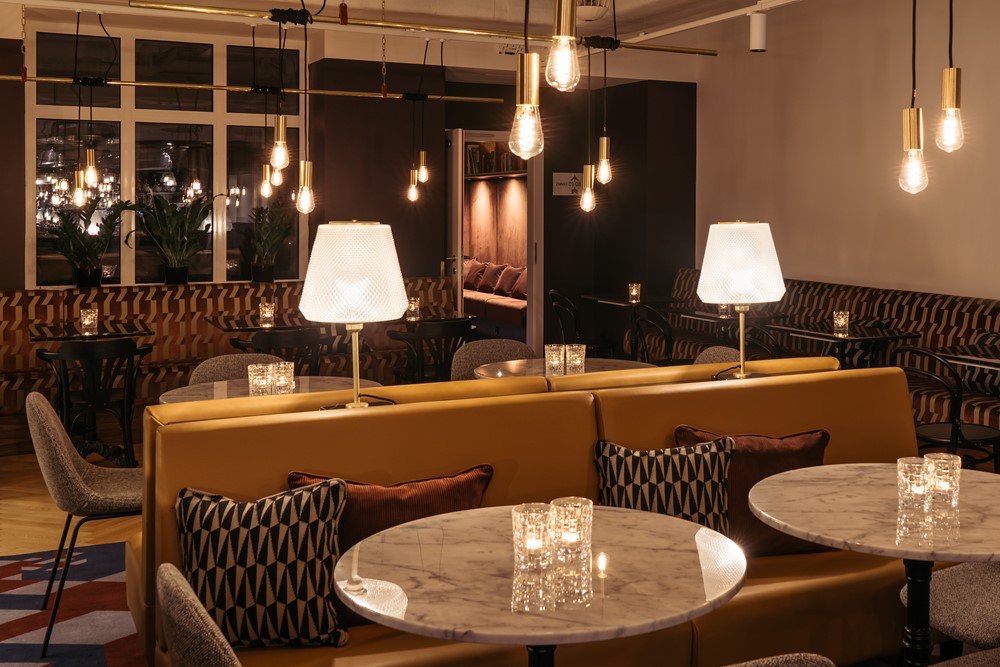 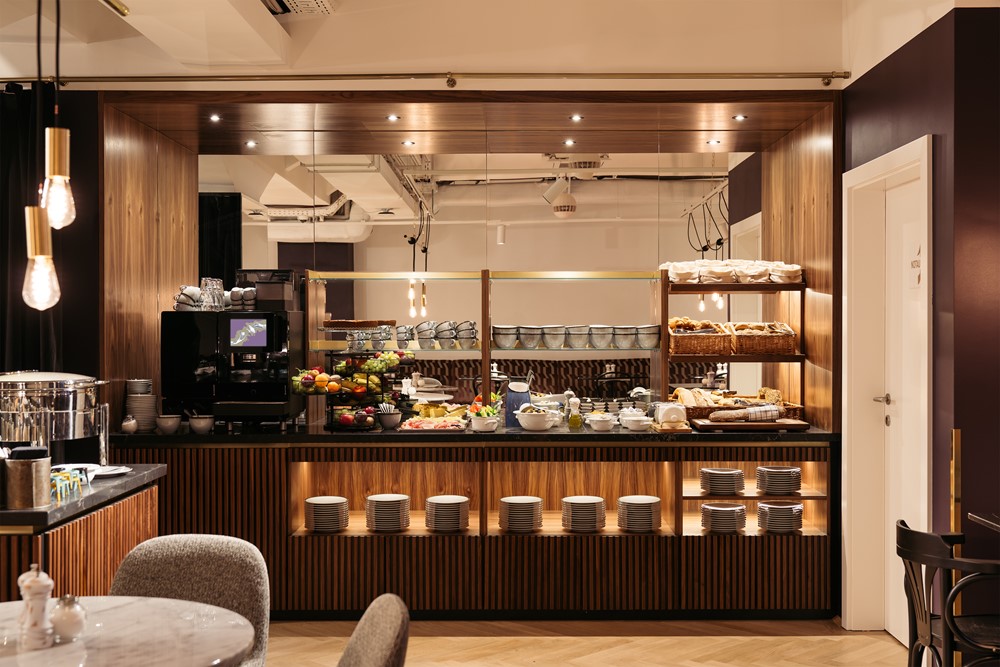 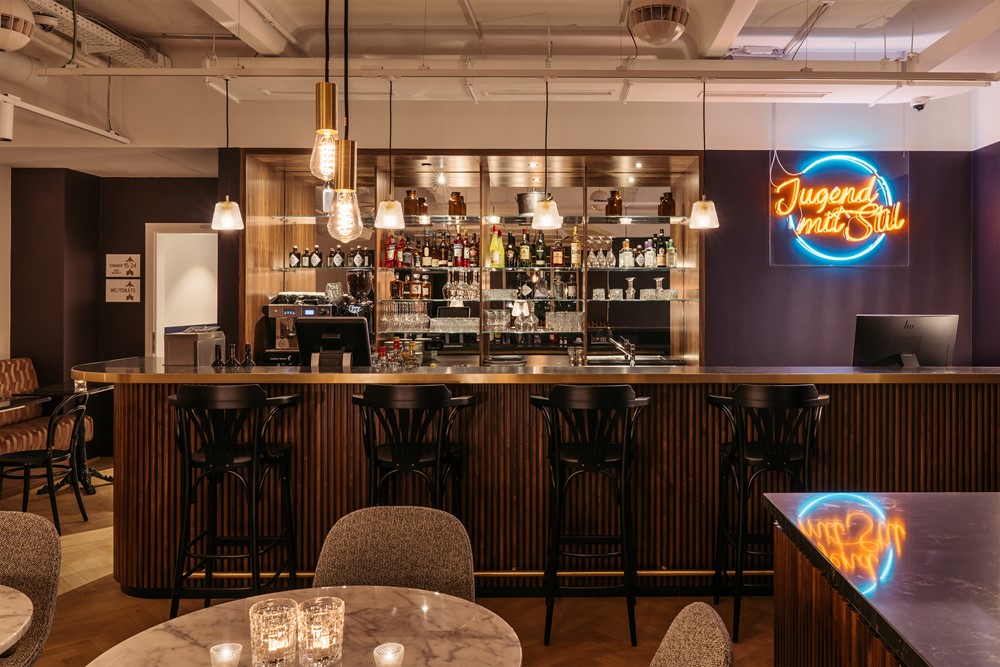 The hotel has a total of 24 rooms: Compact, upscale, with natural materials and open-plan bathrooms, they rise above the sterile, empty rooms in conventional hotels. Patterned textiles and thoroughly Viennese elements make references to the significant names of the Modern age. For example, instead of a wardrobe a Thonet chair was mounted on a wall as a valet stand. The turn of the century’s flair and charm shines throughout the prewar building, which is rich in history. The artist Oskar Kubinecz reinterpreted works from this period, which were then used to decorate the rooms. Furthermore, the reinforced-concrete construction, a pioneering example, was built in 1906 by members of the Wittgenstein family, who stood throughout their lifetimes for avant-garde thought. Inspired by this fact and the local atmosphere, the boutique hotel at Mariahilfer Straße 58 brought this idea into the present day in accordance with the Schani brand: While traditional Viennese lifestyle and its special brand of humor plays an important role at the Hotel Schani near the main railway station, Jugendstil and its world-famous followers are the focus of the Hotel Schani Salon on Vienna’s Mariahilfer Straße. For this reason the entrance area is designed to resemble a coffeehouse and is more of a salon than a mere lobby: a place for hotel guests and also writers, painters and philosophers to gather—just as in a Viennese salon in the past.