Calaconta was designed by Maged Bermawi and is located in a prime location overlooking Cala Conta bay, widely known as one of the top stretches of beach in the Mediterranean and with striking views of the Illa del Bosc, it is positioned for the best sunsets on the island. 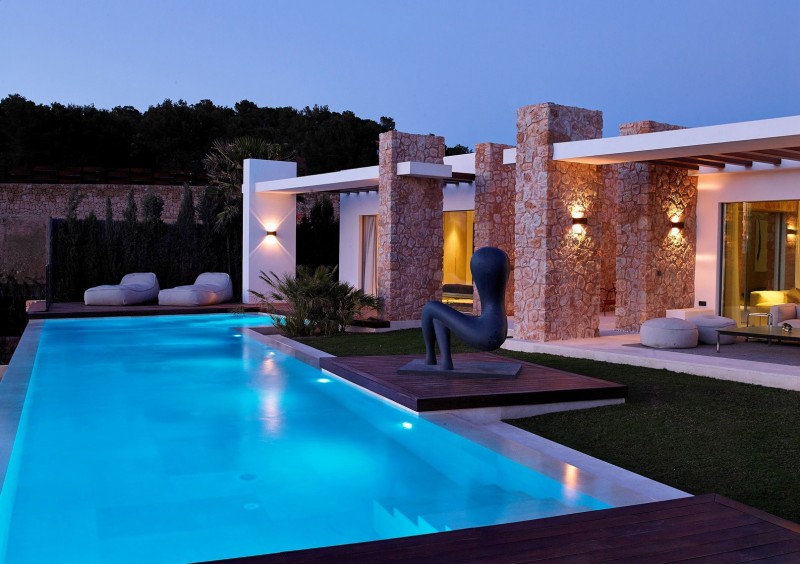 “The design philosophy at Calaconta is all about blurring the boundaries between inside and outside – the stones used to build the villas were quarried from the site itself so it’s in keeping with the area and stones and trees feature inside. The glass façades open up and disappear into the walls, creating open air spaces within the villas themselves. Other interesting design features include the use of tadelakt as a finish in the bathrooms (this technique is used a lot in Morocco but rarely in Europe) and a clever ‘magnifying window’ in the ceiling which gives the equivalent light of a bulb using natural light. The villas are designed in an ‘H’ shape with the living area on the left hand side and the sleeping and relaxation areas on the right. This means that none of the walls between the living and sleeping areas are touching so that a true separation is maintained. Calaconta also has impressive eco-credentials with rainwater and grey water harvesting as well as geothermal energy sources for each villa. Calaconta is the first gated development on the island offering 24-hour security which includes cameras, a low voltage perimeter gate and a team who drive around the estate 24/7 checking for anything out of the ordinary.” 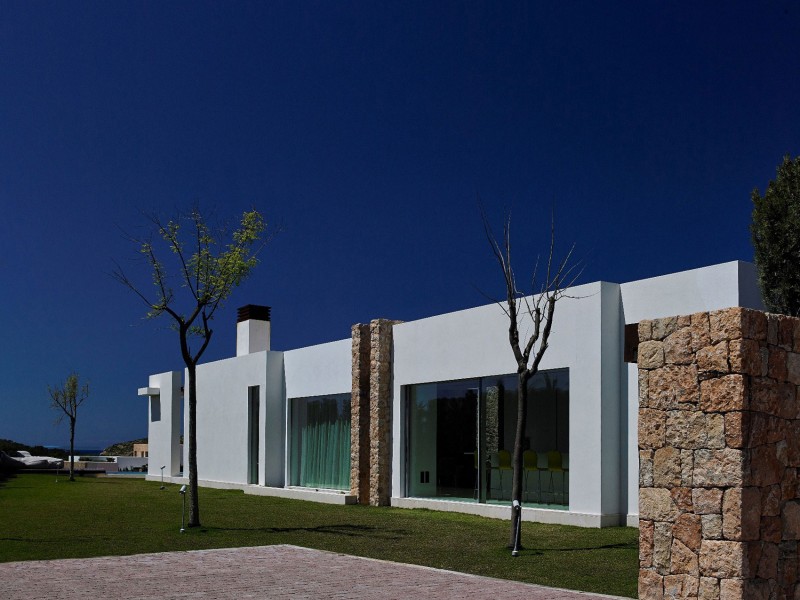 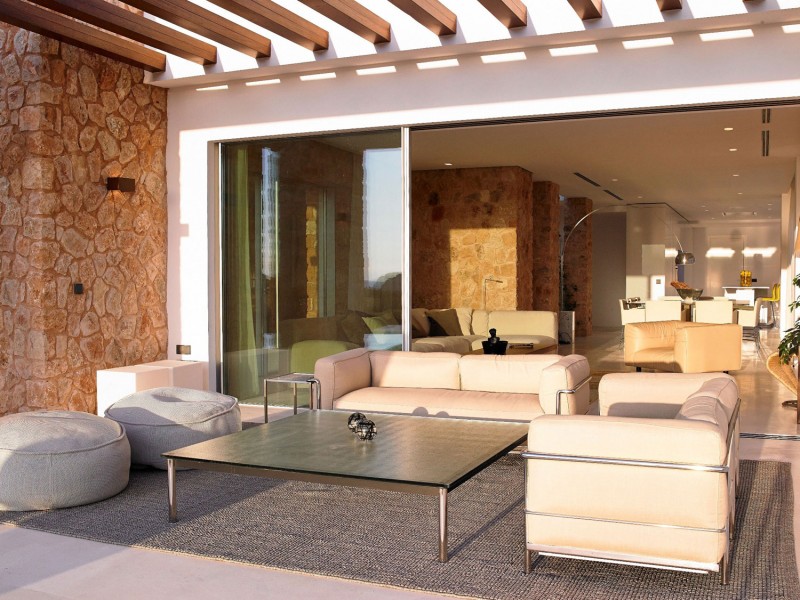 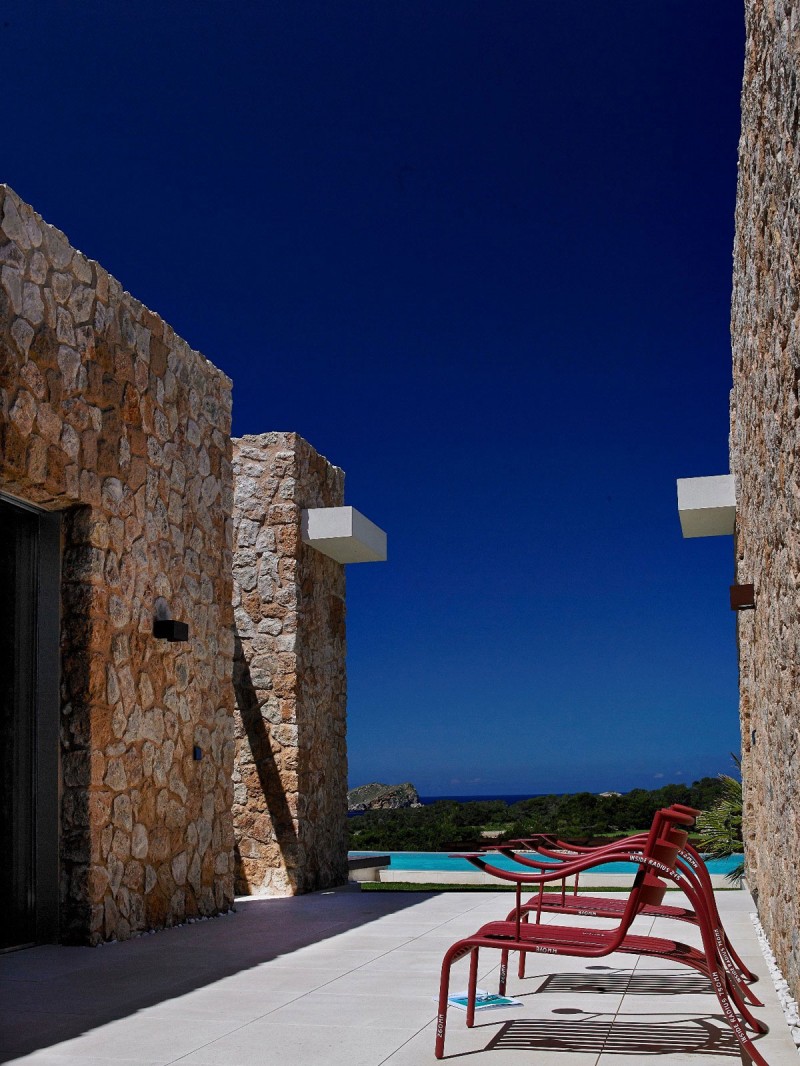 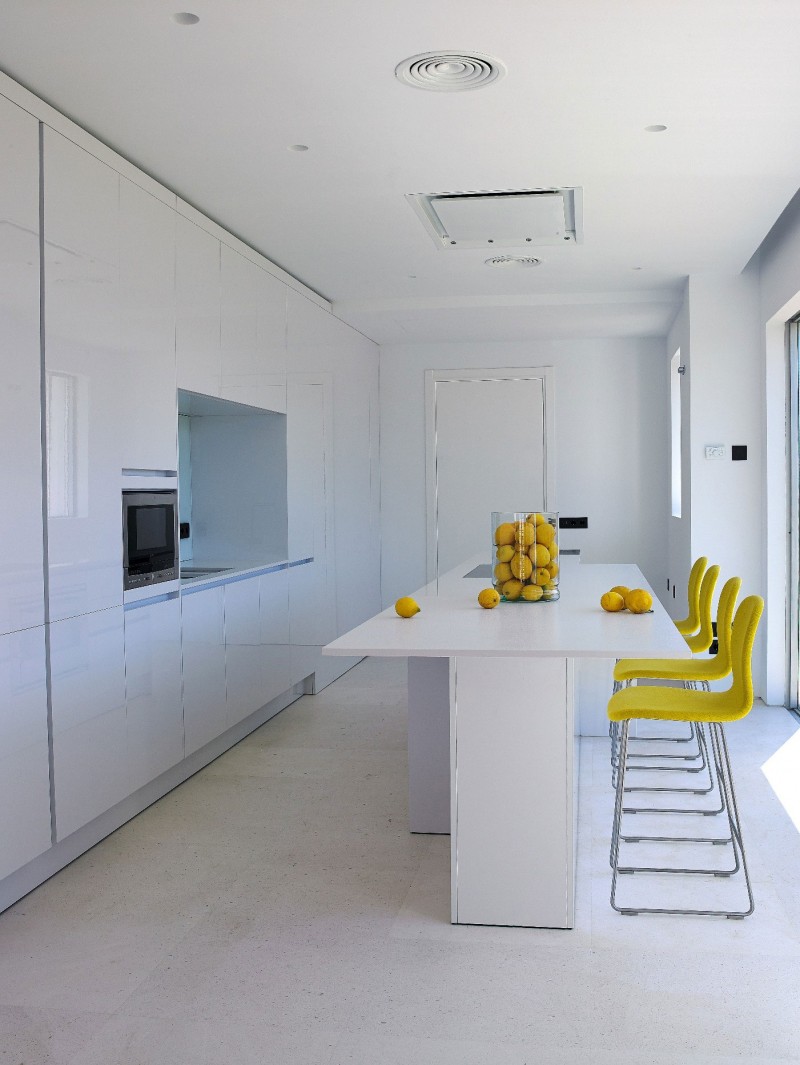 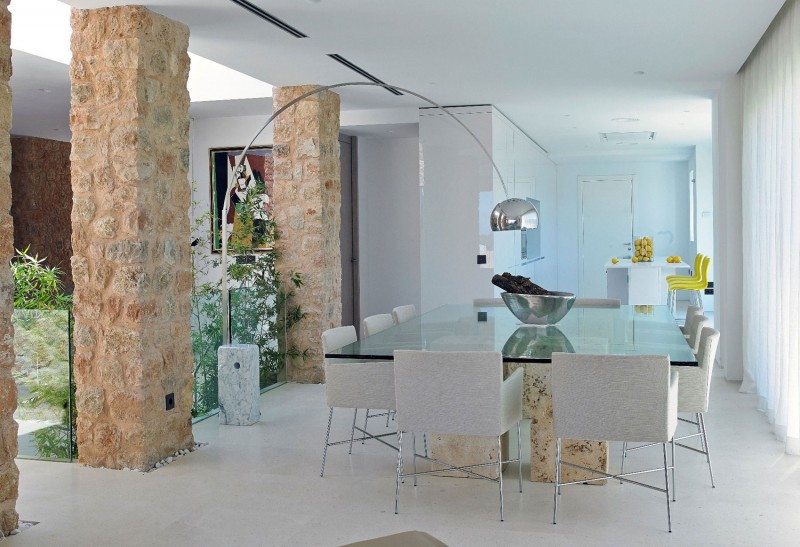 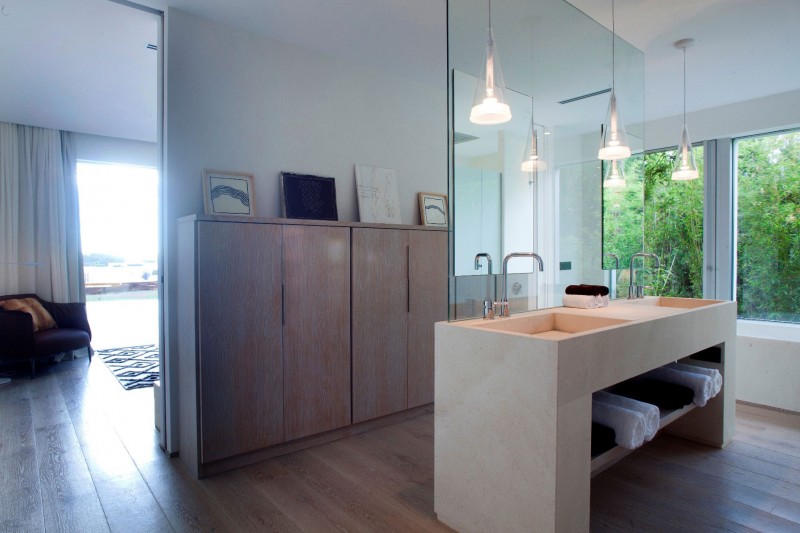 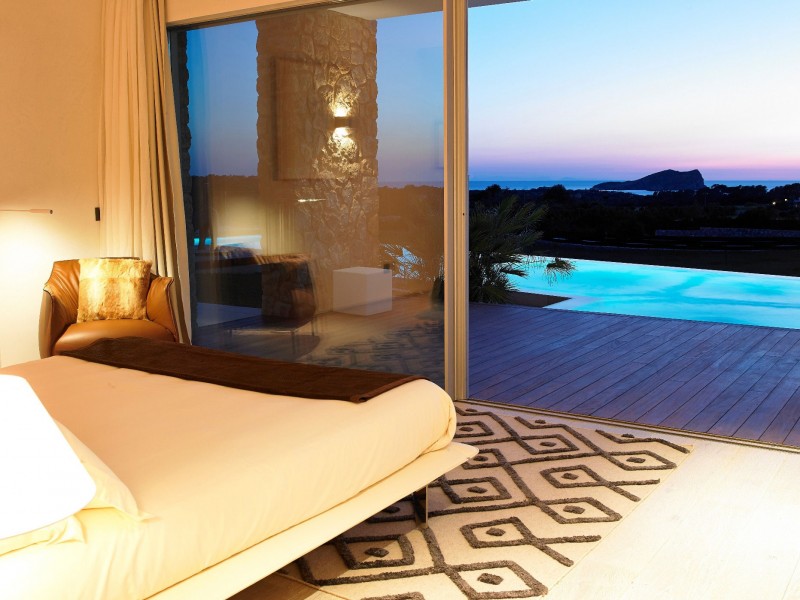 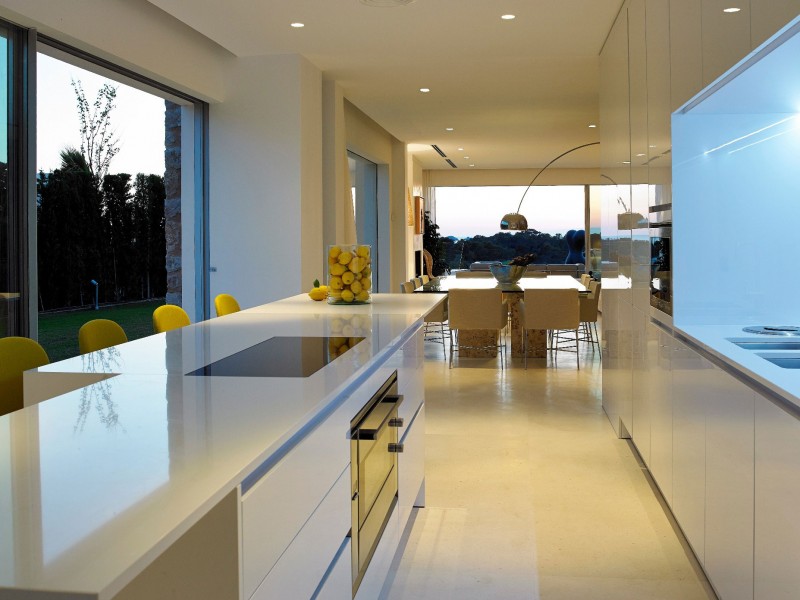 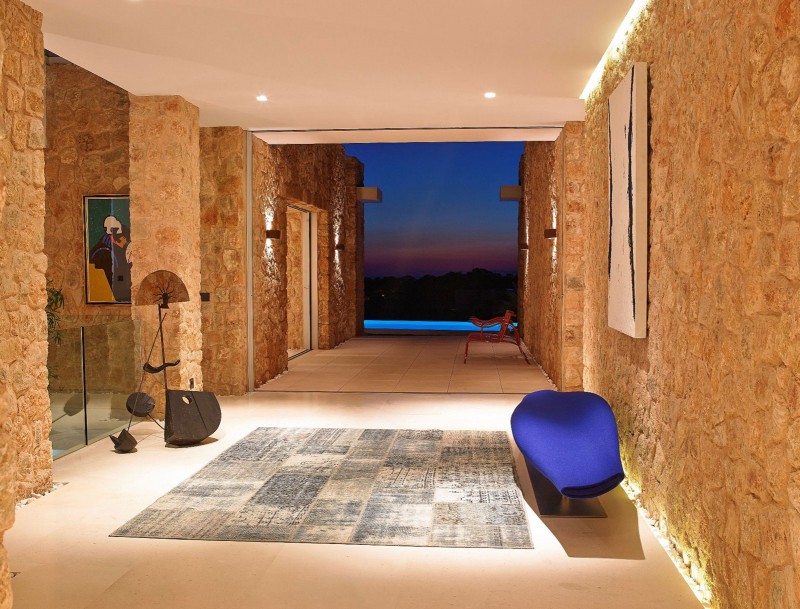 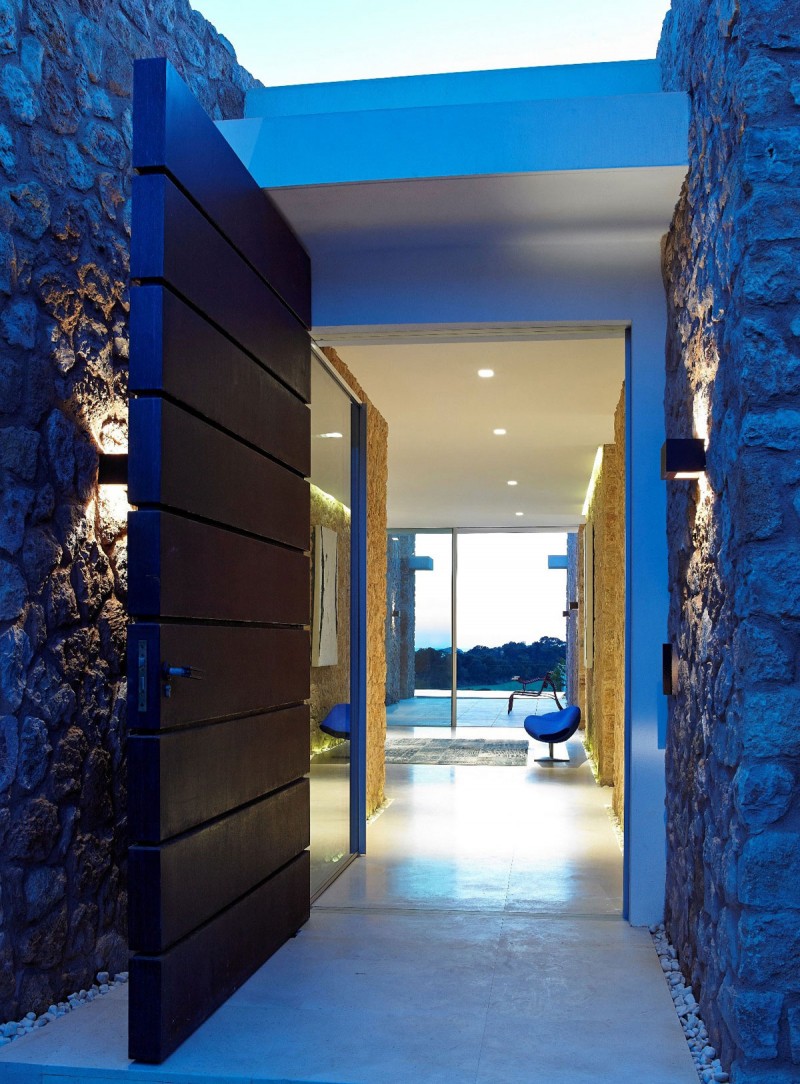