Window is a private house designed by LADAA and is located in Valencia, Spain. 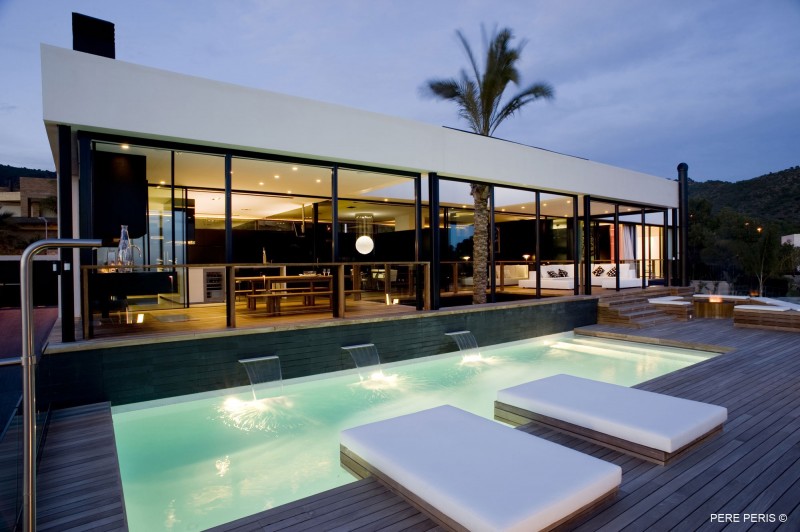 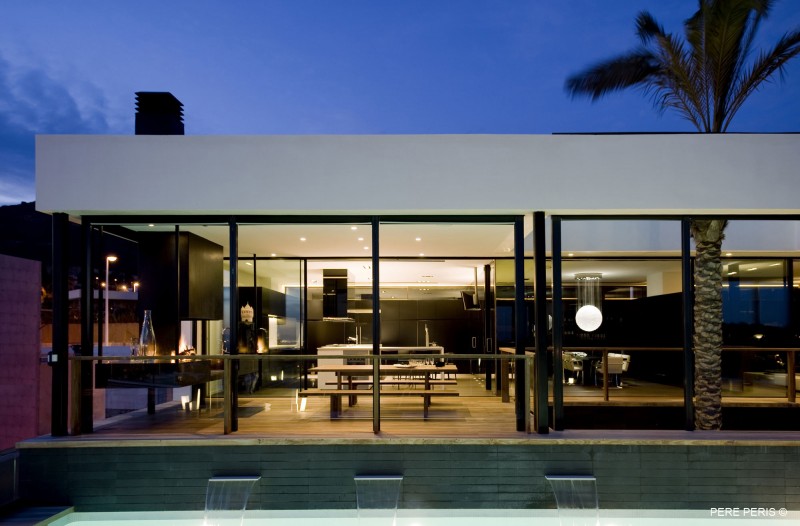 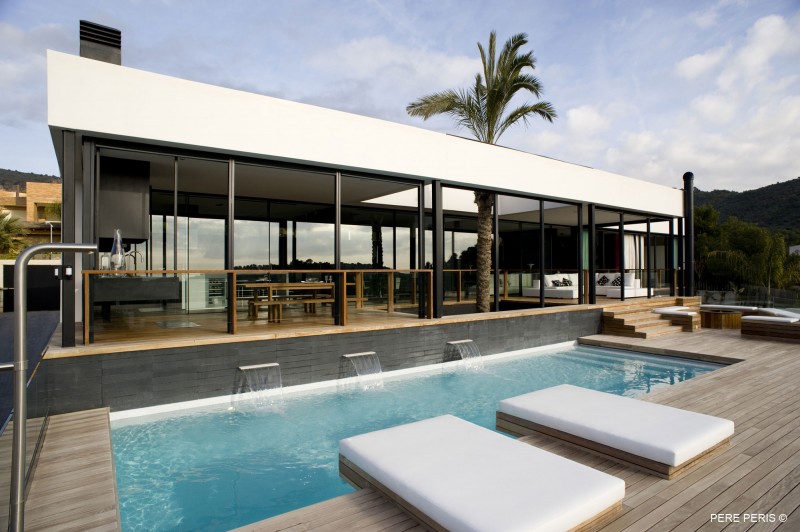 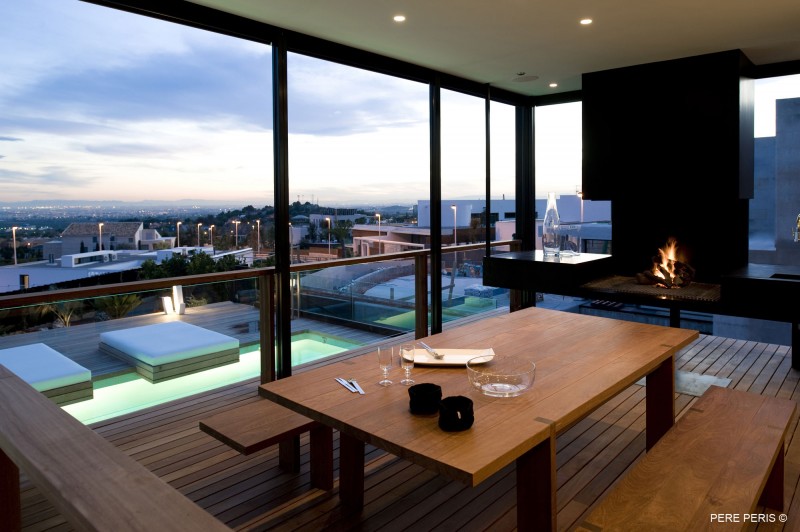 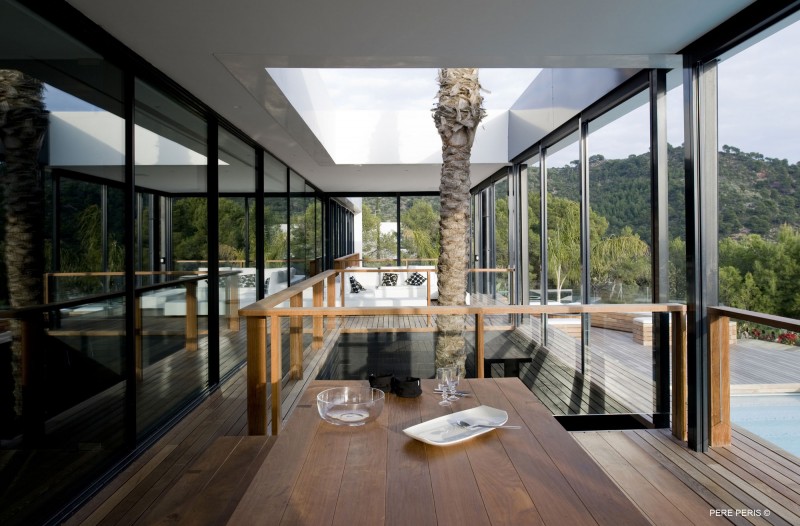 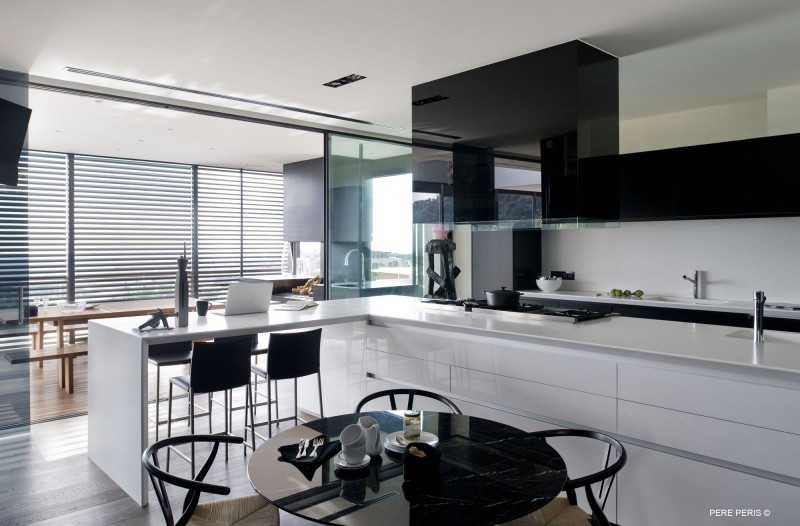 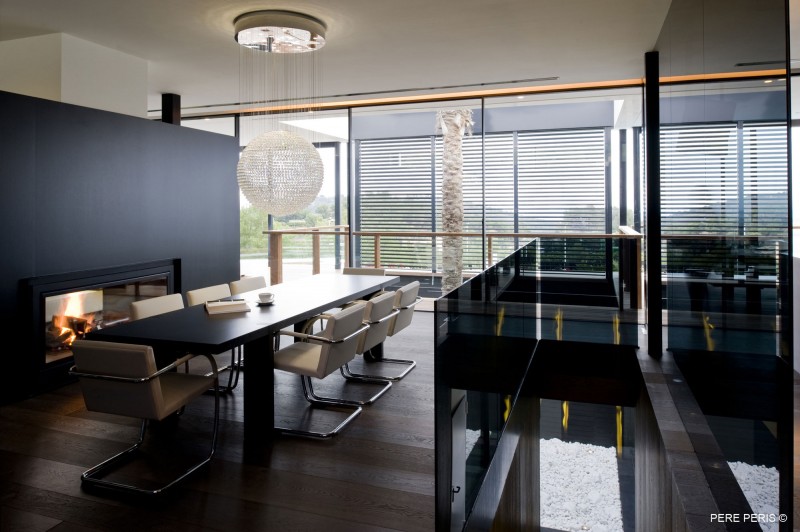 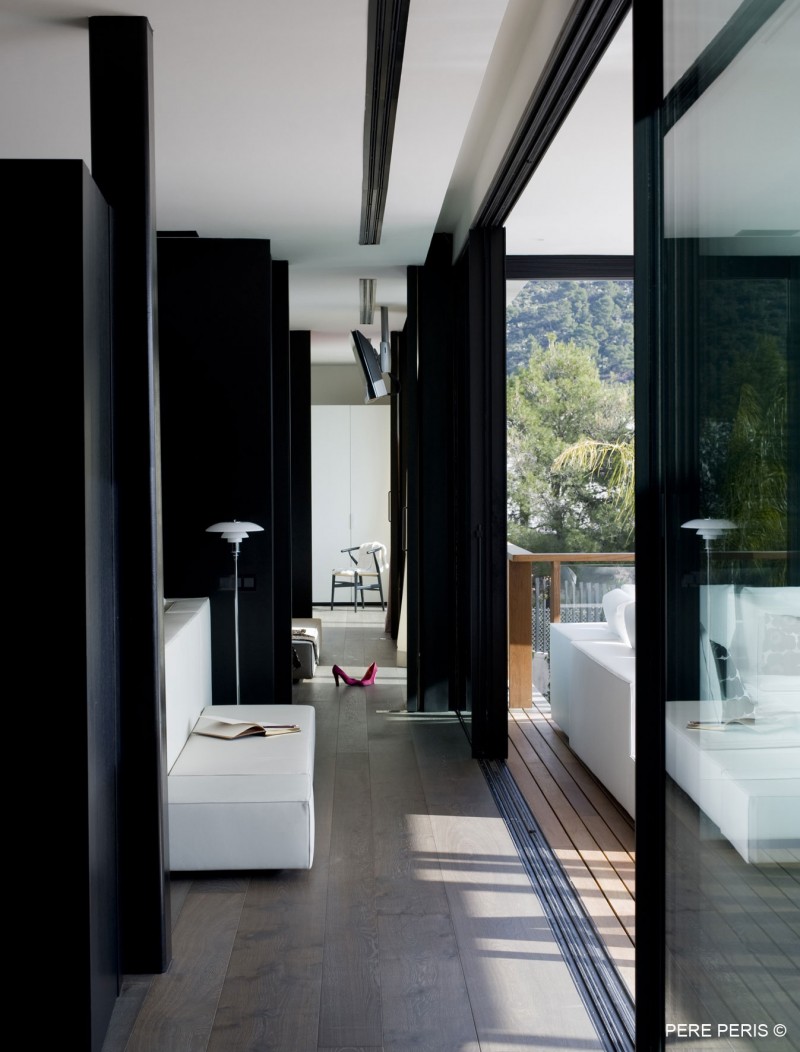 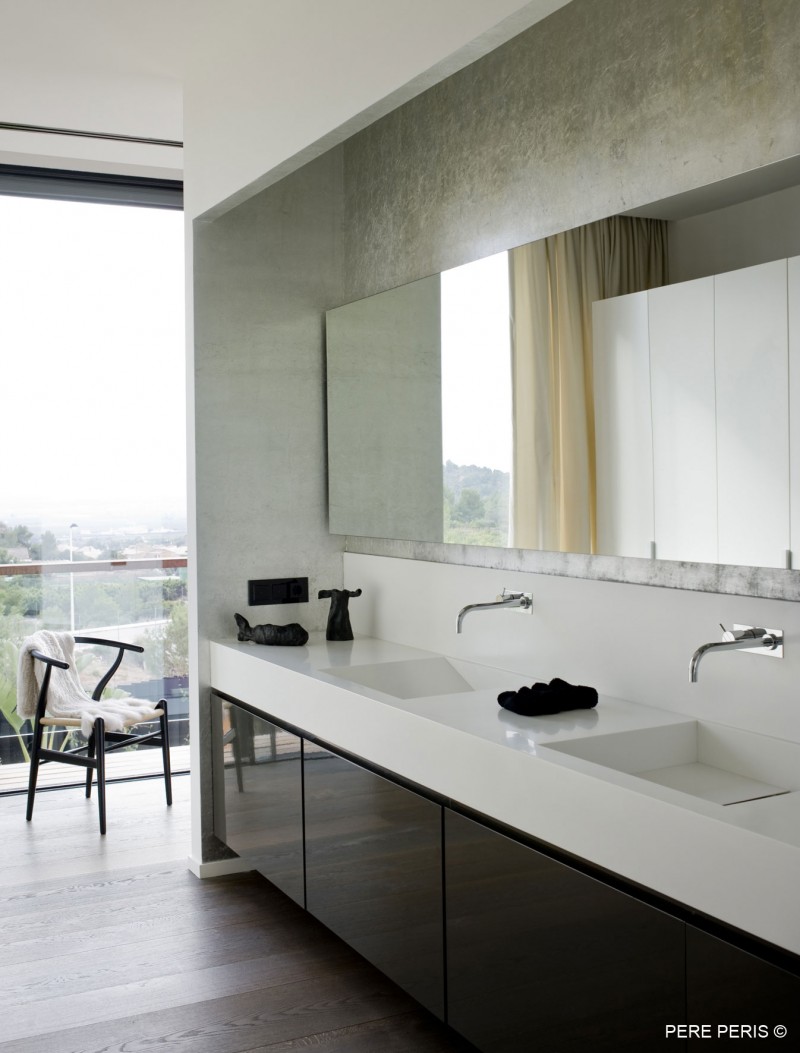 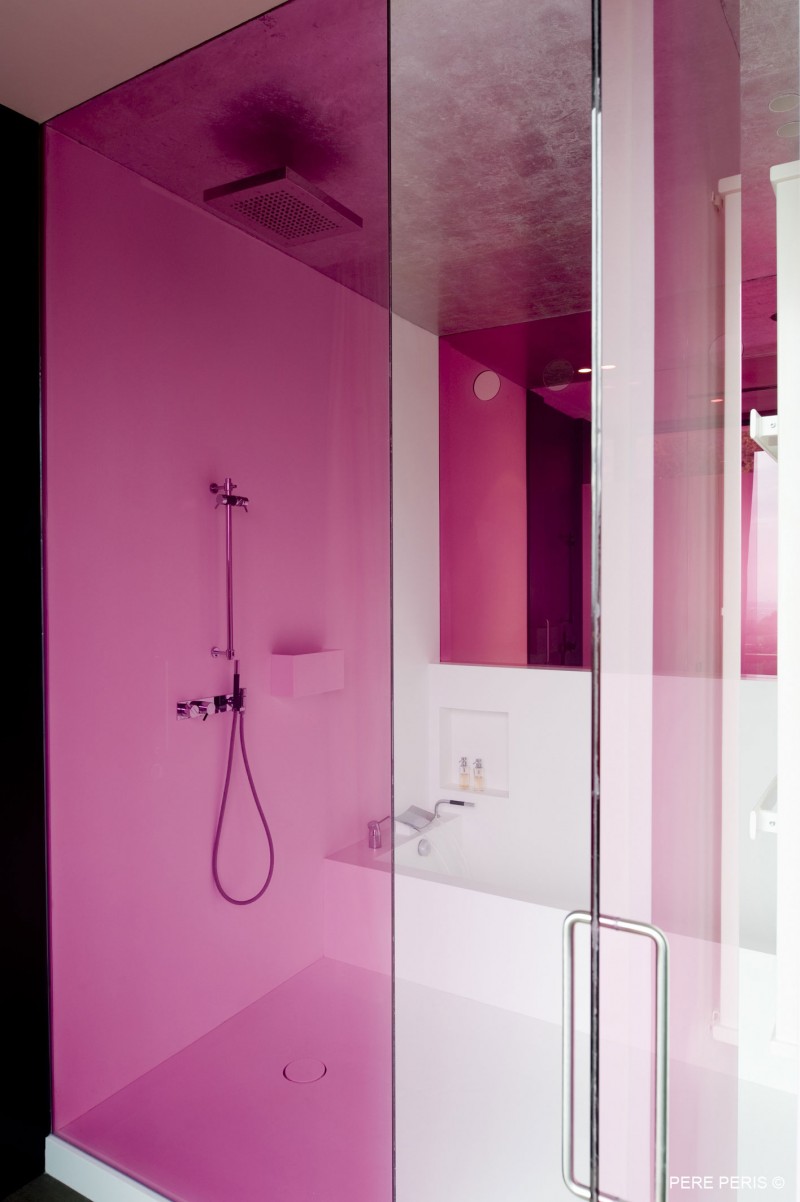 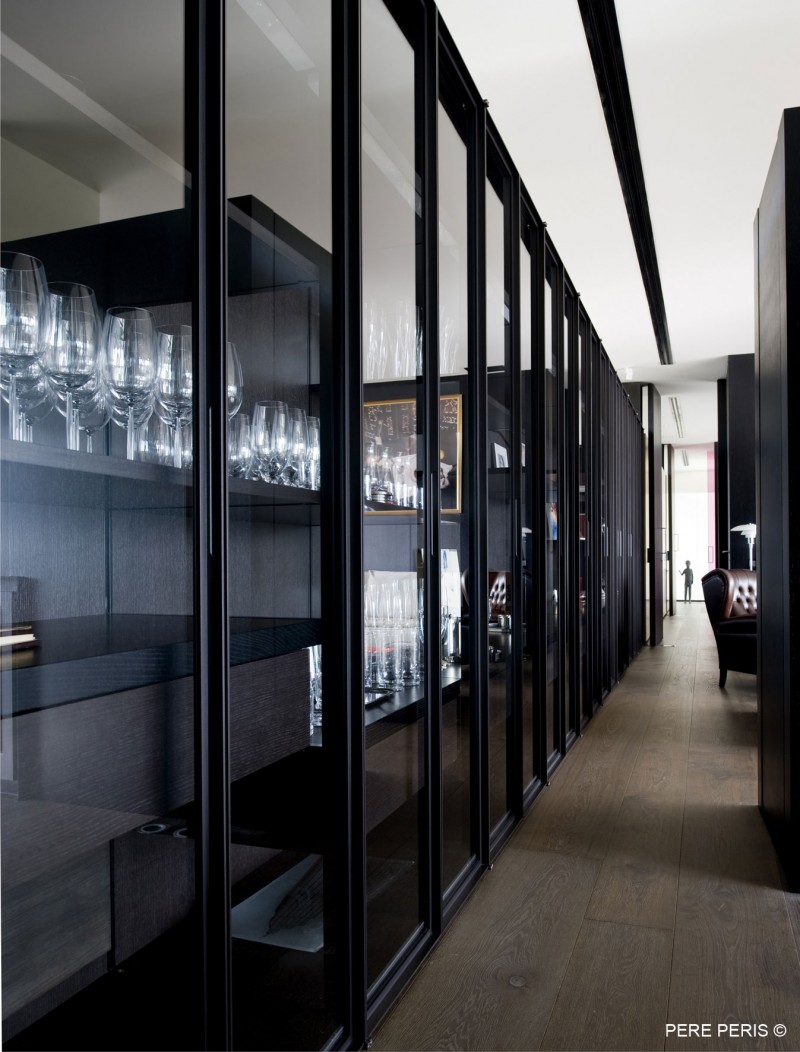 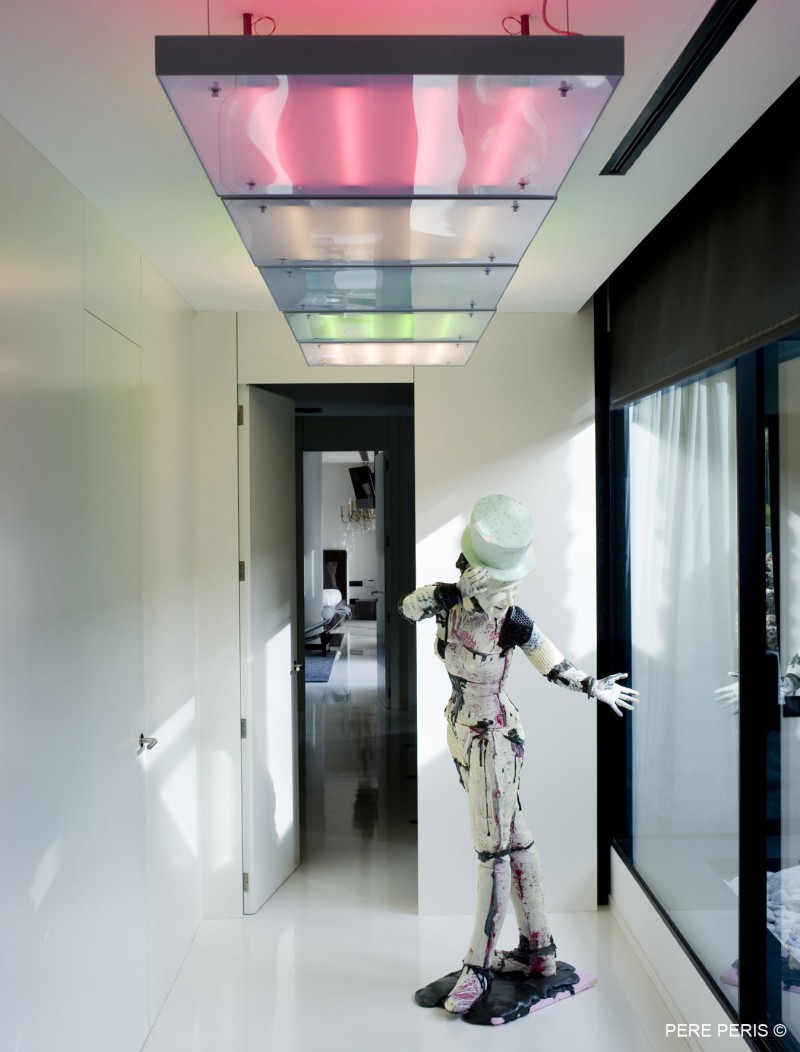 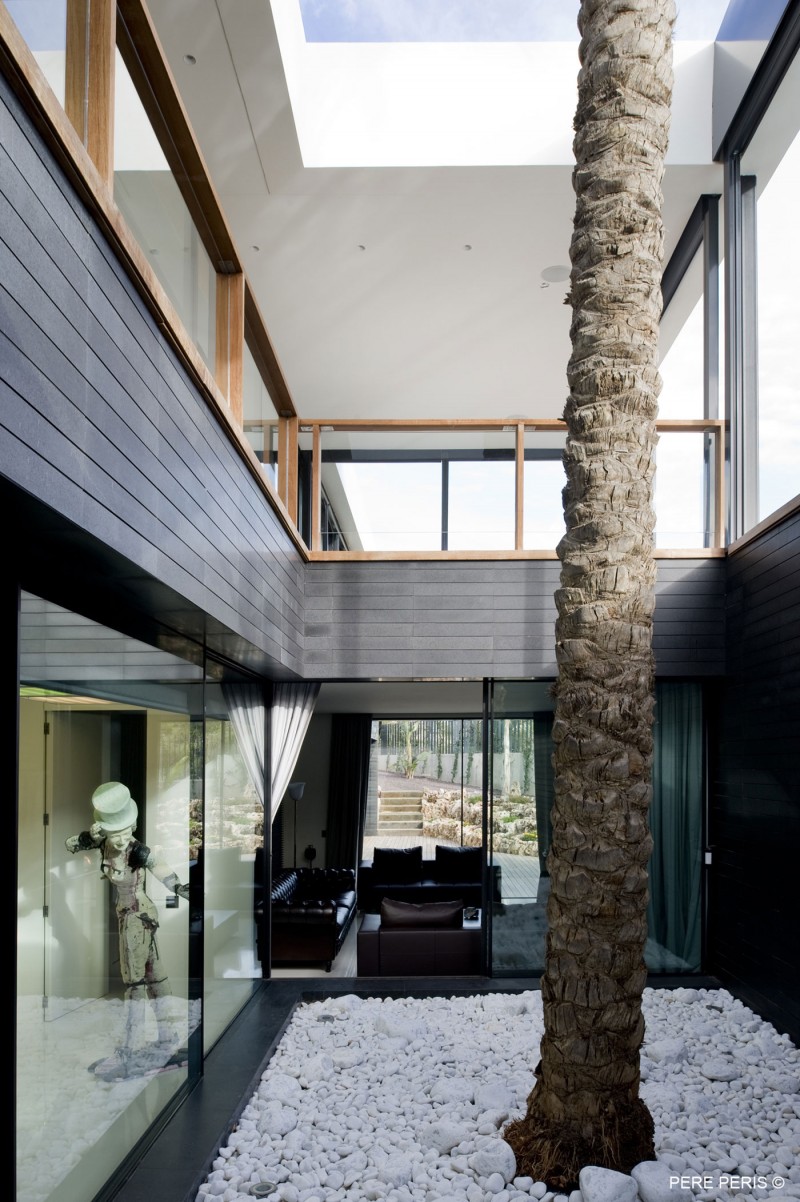 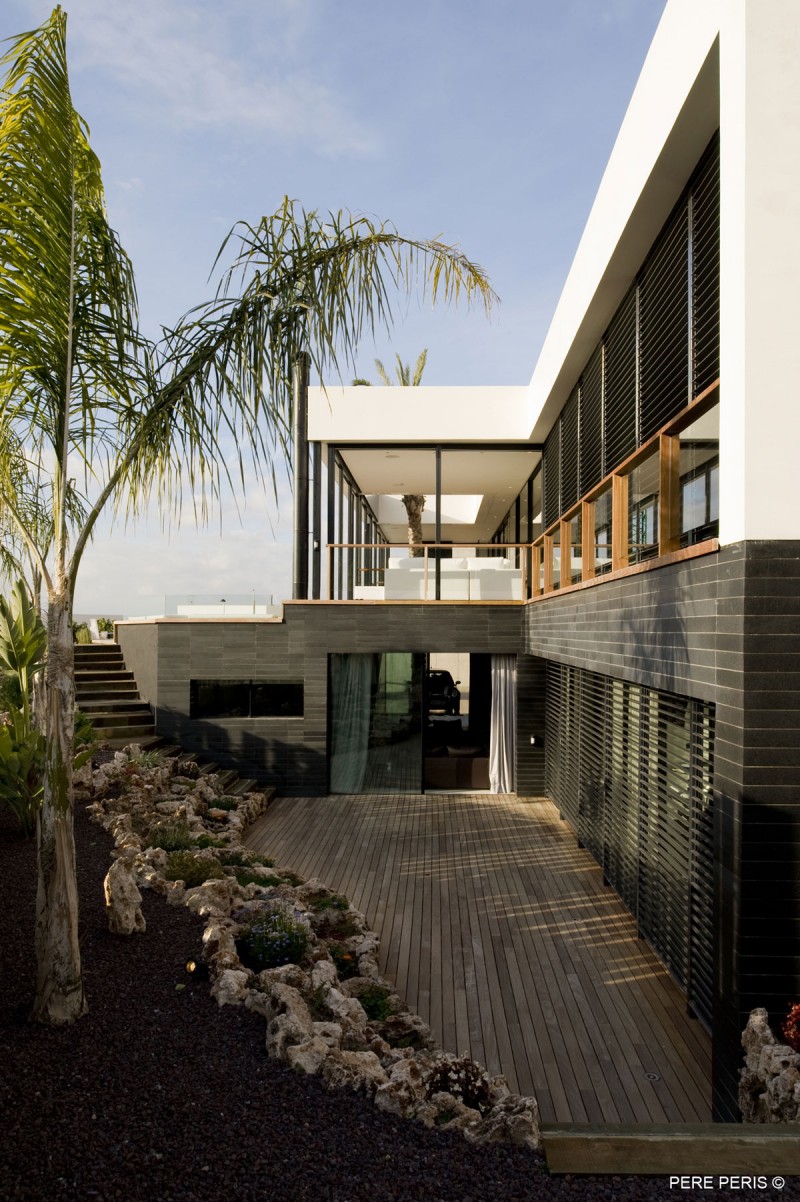 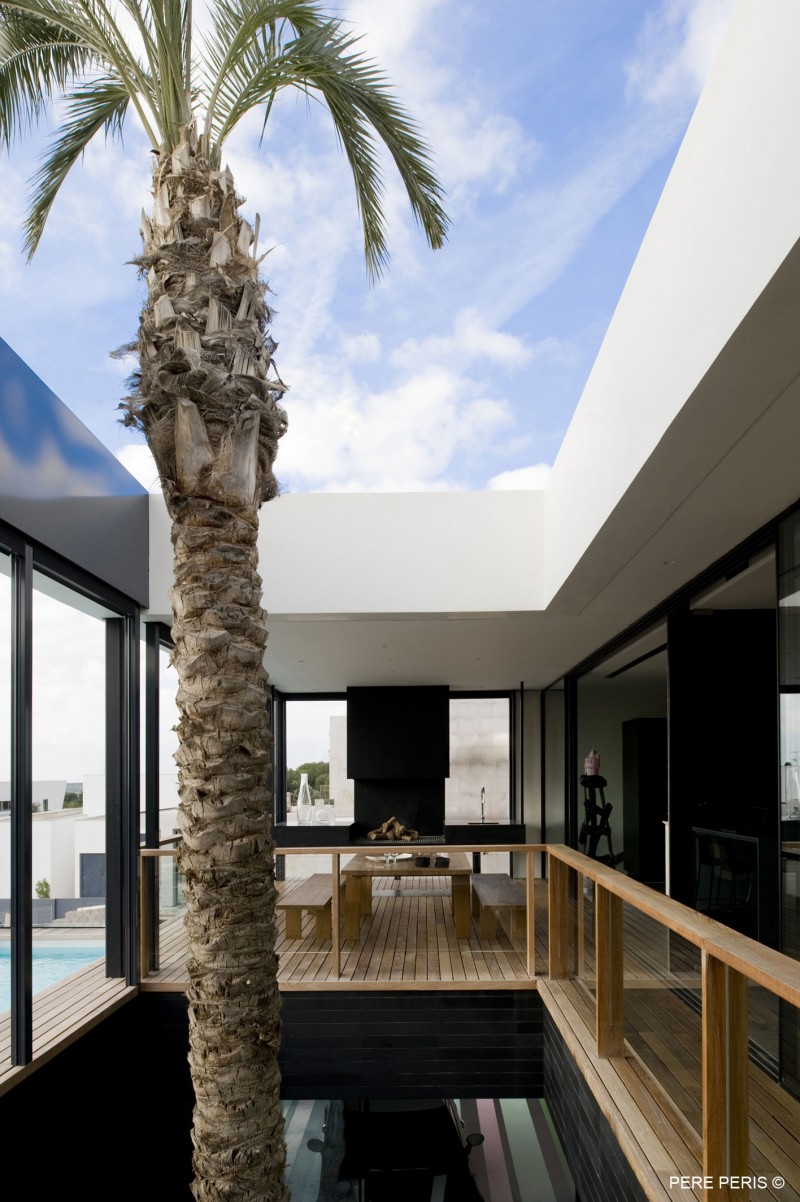 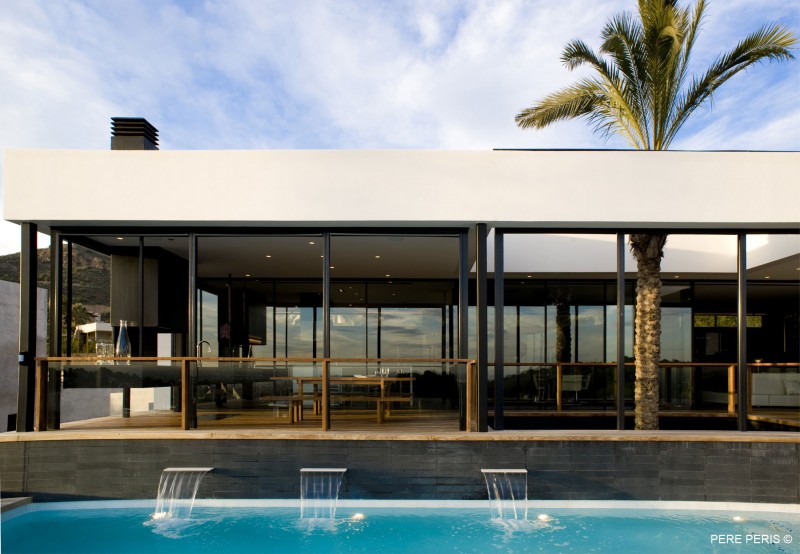 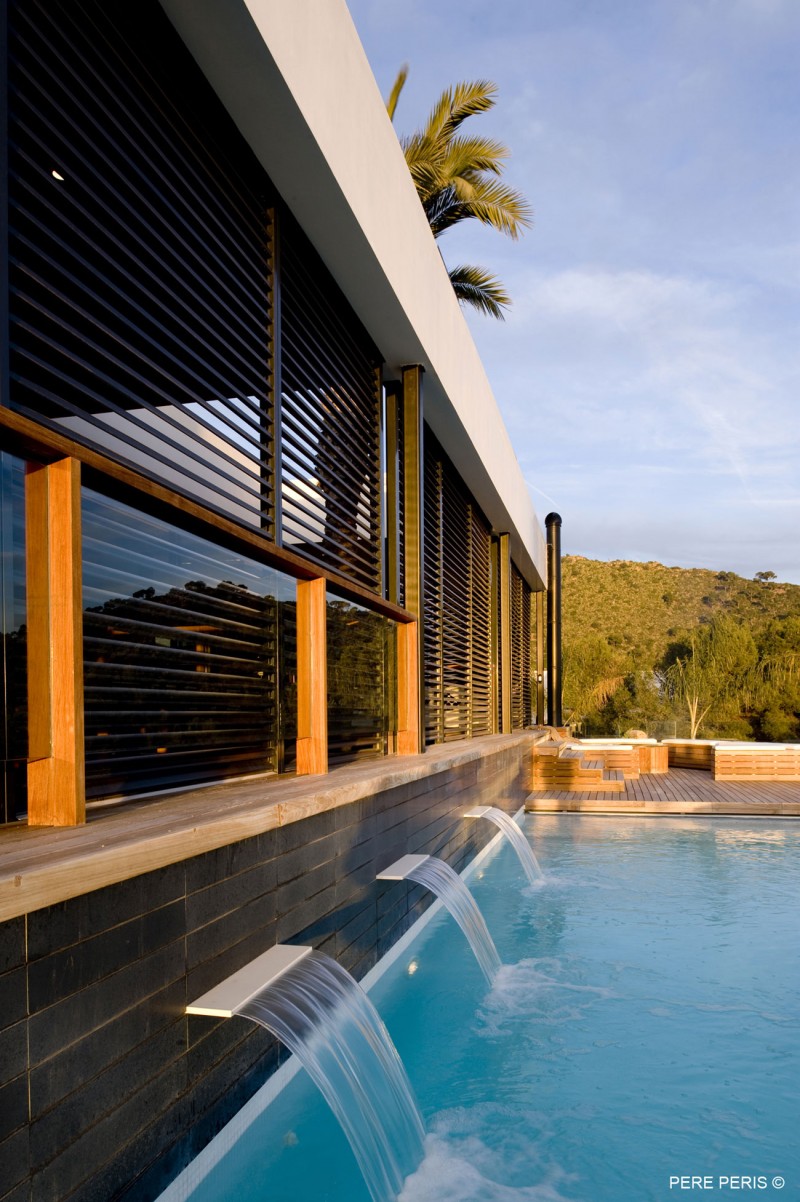 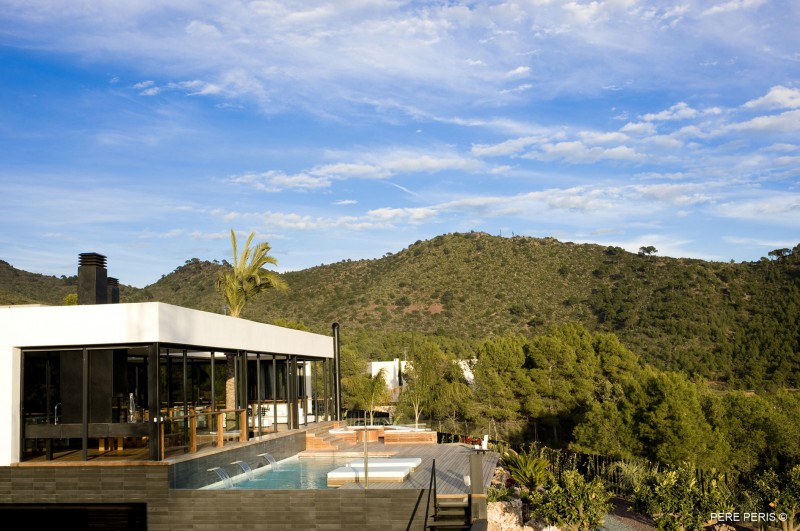 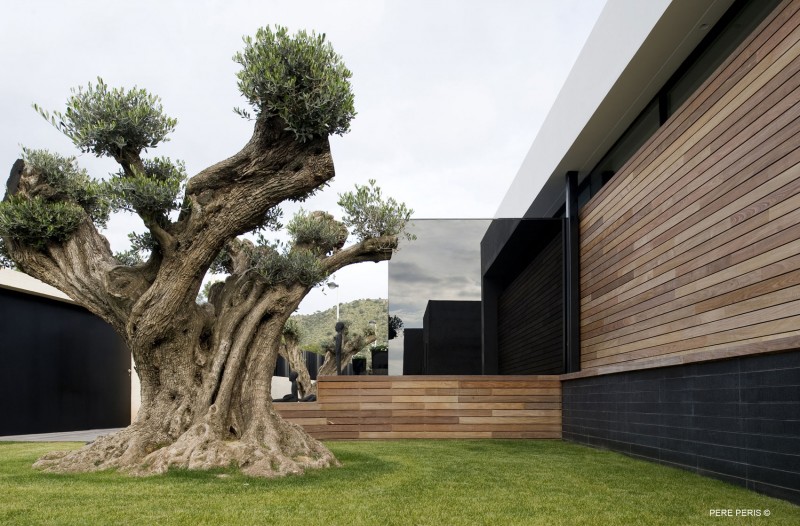 From the Architect: Analyzing the program requirements, the planning regulations and the topography of the plot, the following strategy was decided on: to establish a large “podium” on which to live. Furthermore this socle will allow us to accommodate part of the housing services and save the steep slope of the plot.
Coupled with this strategy, the decision to make the house in two unique stories allows us to rise and enjoy the views on the main floor without breaking the cornice height. In the same way and using the natural orography of the terrain we achieve that part of the piece which is embedded is totally exterior and can be considered as habitable space and used for guest bedroom and bedroom for the daughter of the family, adding a patio on the main facade as to achieve optimum ventilation and lighting of these rooms . In this way we release the ground floor, only destining it to day spaces and master bedroom, thus obtaining complete independence for guests and the daughter.
So the house is presented as a large orthogonal prism. Three of its vertical sides are almost opaque (the entrance, and those facing the neighbors) and the fourth fully transparent, opening out to the spectacular views. The access to the house is by a slightly inclined path which leads us into the interior of the great piece, present but hidden from the street. We place a transparent glass box as a transition between the exterior and interior. Once inside the house, we are in a single space of 200 m2 (2,150 ft2). This large space is perceived as one, but can be segmented into different rooms.
Facing the large prism presents the podium on which are placed two large uncovered terraces and the main terrace. These areas are presented as a continuation of the interior space.Through a staircase we access the basement where we find the service spaces, the garage as well as the access to the habitable zone of this floor. In this area we have an audiovisual room and two bedrooms. To obtain a good lightning and ventilation of these rooms we plan two patios, one on the main facade and the second between the house and the pool, which together with the shape of the land allow us to create a basement which is completely exterior.
With this scheme, the house appears as a large box in which everything is made of glass and where the indoor-outdoor boundaries are not know, as well as a perfect prism on top with one of the sides totally open, almost deceiving us as it not only harbors edification but also serves to generate outer space, habitable and protected. It is important to mention that the garage entrance is considered as the main entrance or and accordingly the patio which appears in front of this entry is always bathed in the water from the pool and on a garden. So the housing is generated on the basement floor. The rest of the building is just an excuse for comfort.
We has sought a friendly home design to engage the existing terrain as much as possible to preserve the privacy of its inhabitants without this being an impediment to project an illuminated house open to the exterior. A very important aspect is the indoor-outdoor relationship. This relationship always occurs through a link, a combination that makes the privacy filter between inside and an outside uncontrolled. The house has been created based on a very simple idea: ‘Our house is the space above a carpet of black stone, our vantage point from which to look at the fabric of the world. Photos by: Pere Peris