Villa S is a private residence designed by Ian Shaw Architekten and is located in in Baden-Württemberg, in southwest Germany. 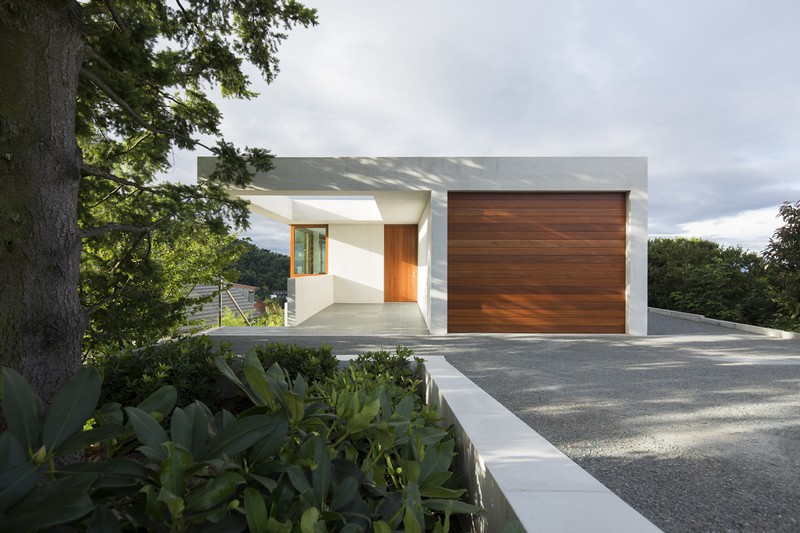 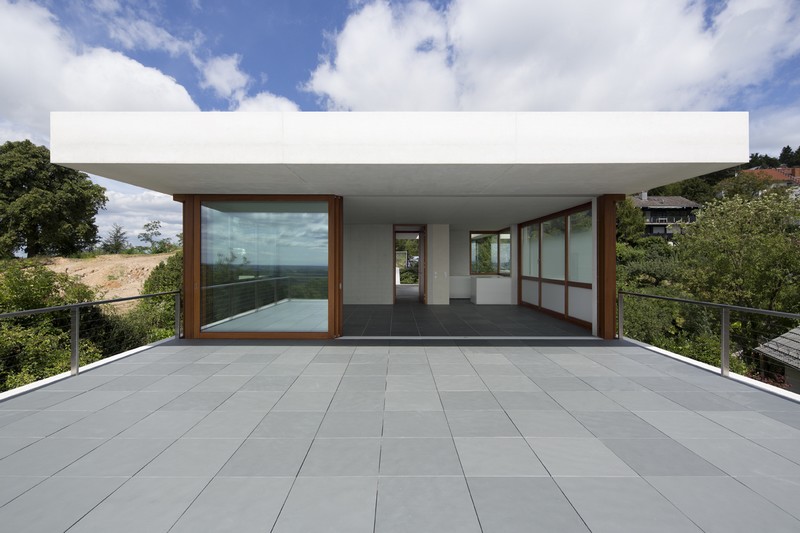 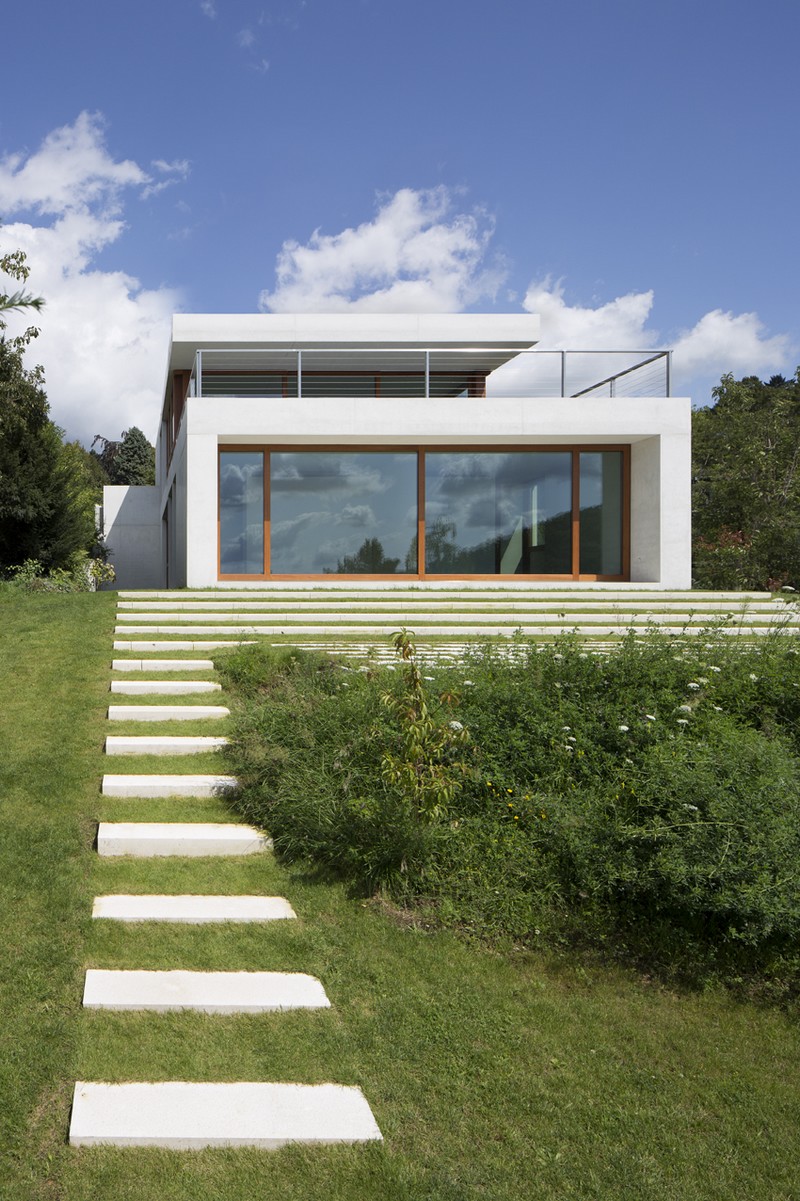 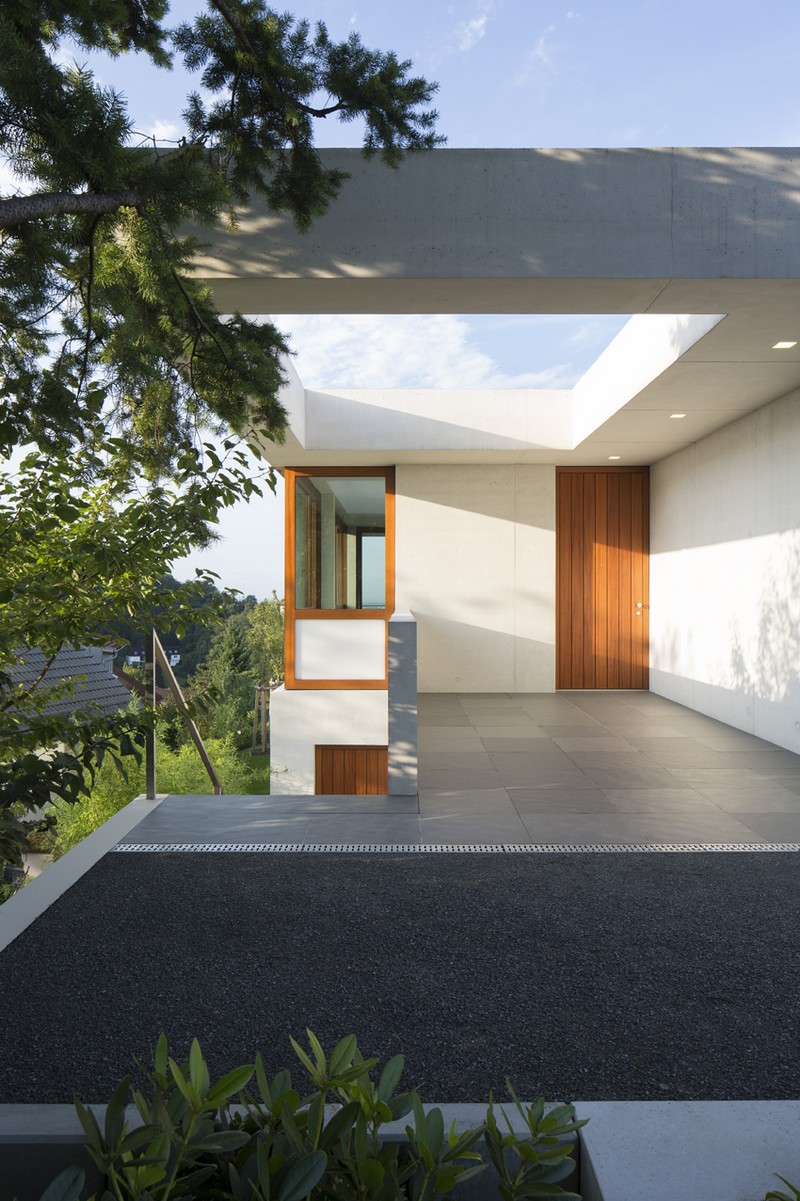 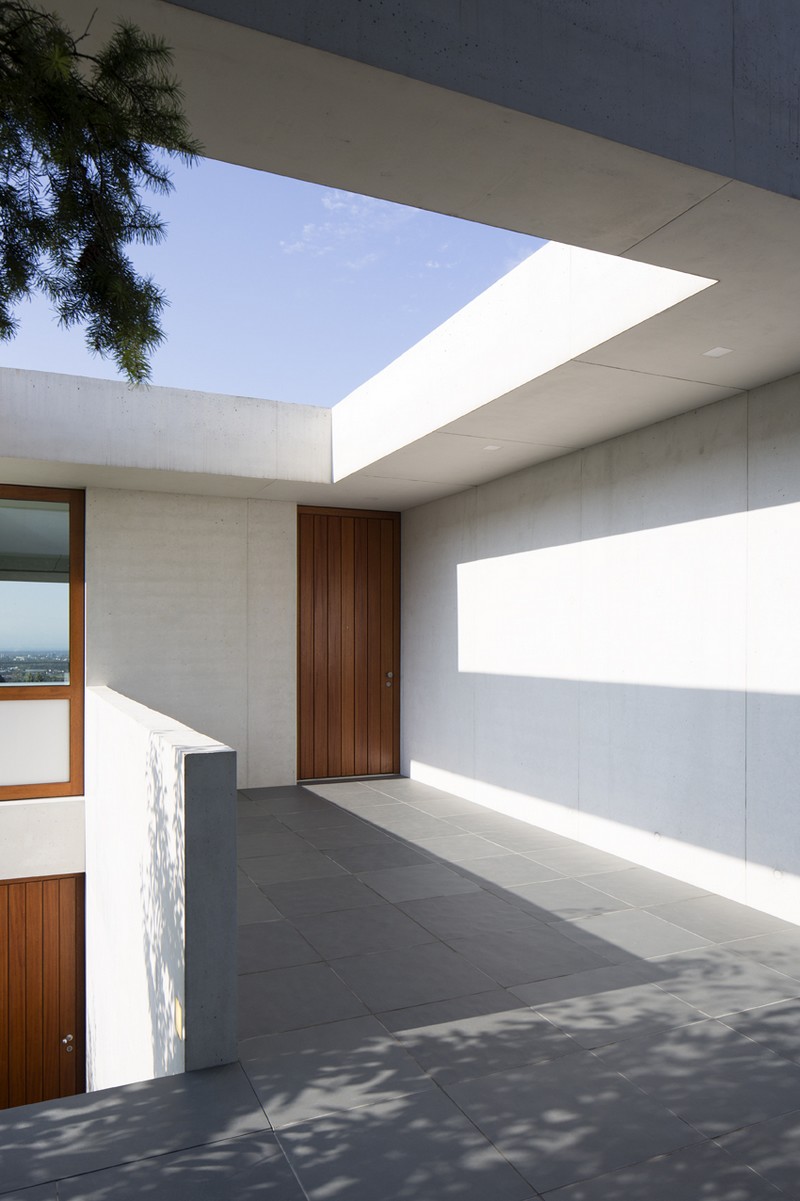 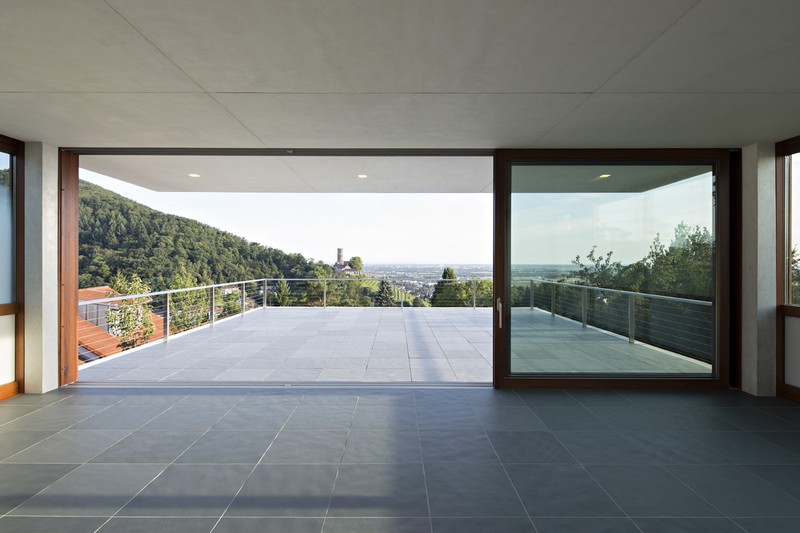 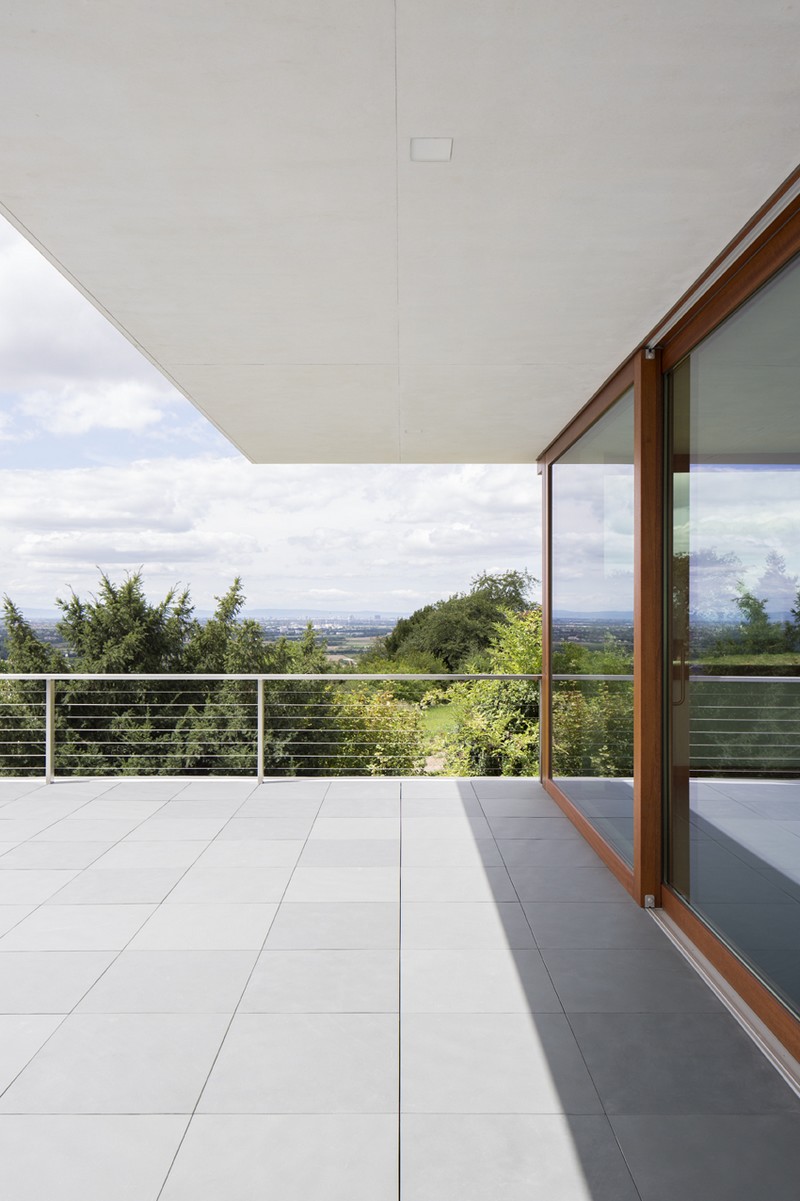 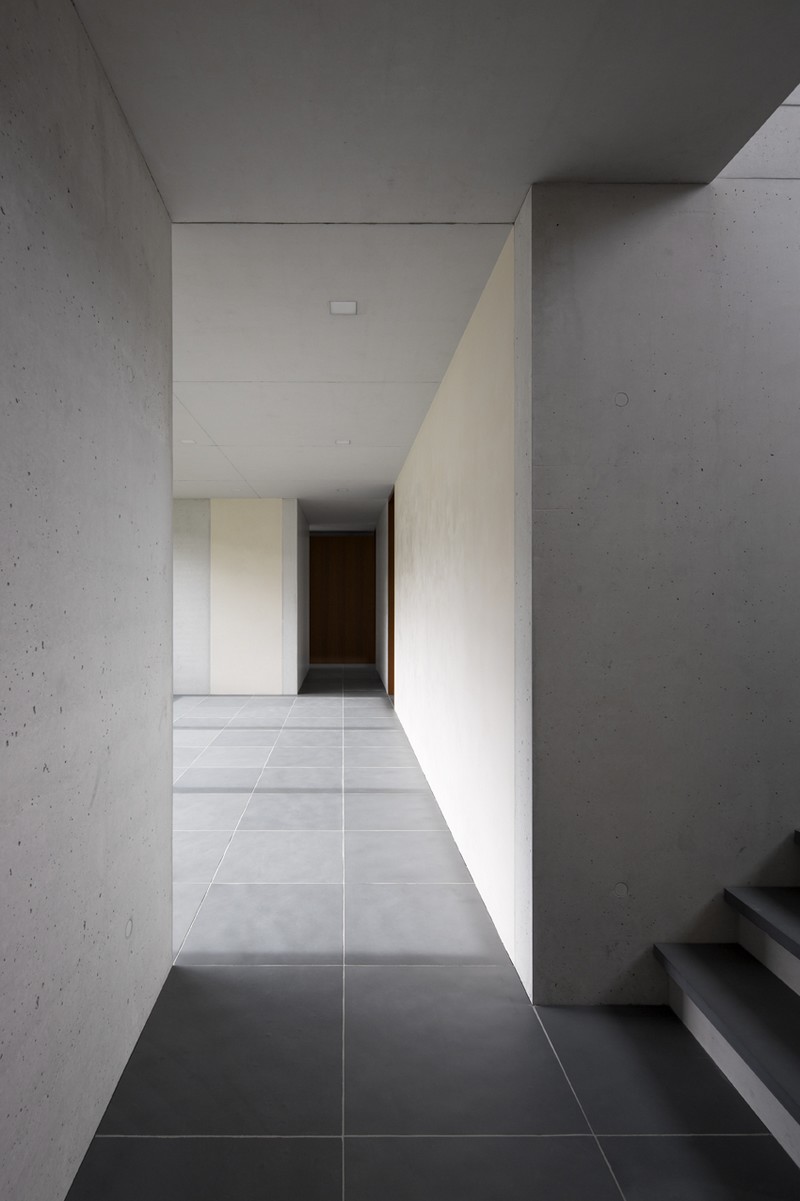 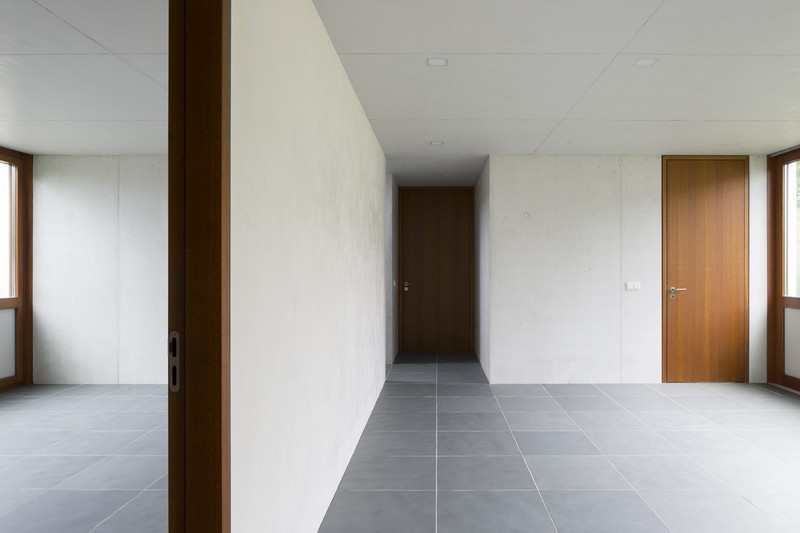 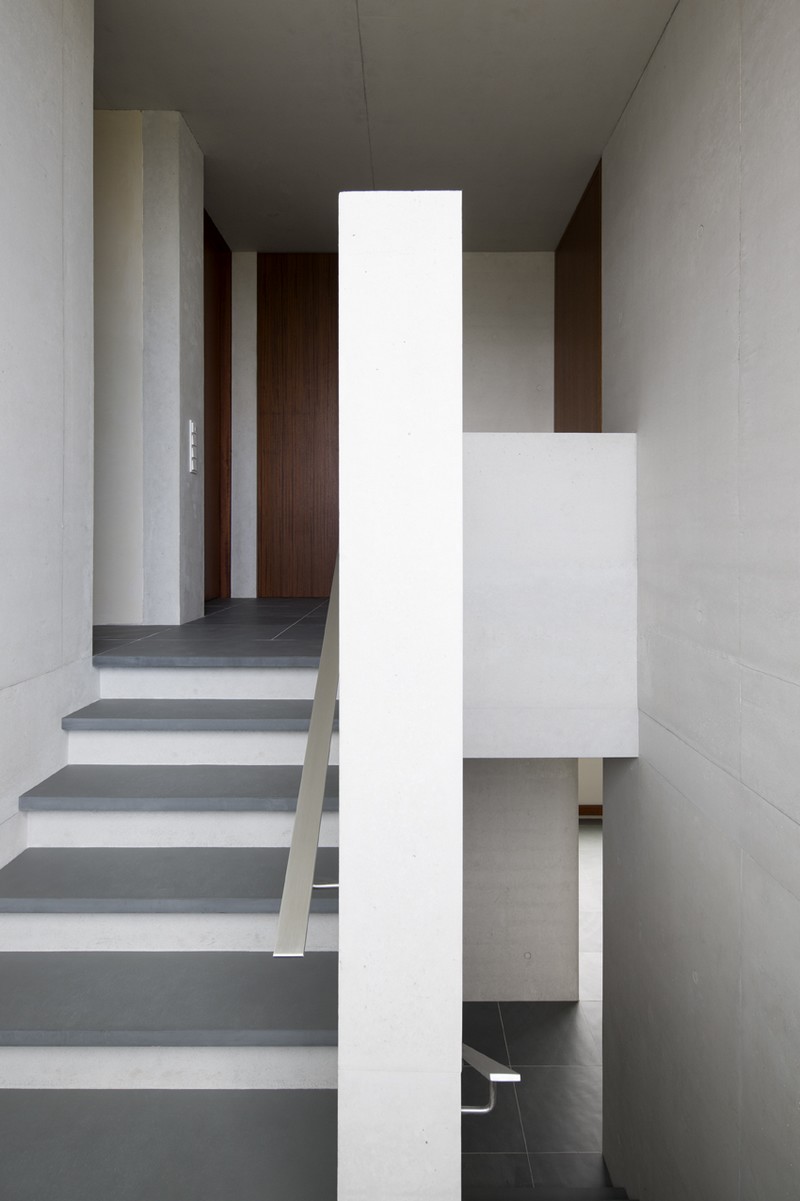 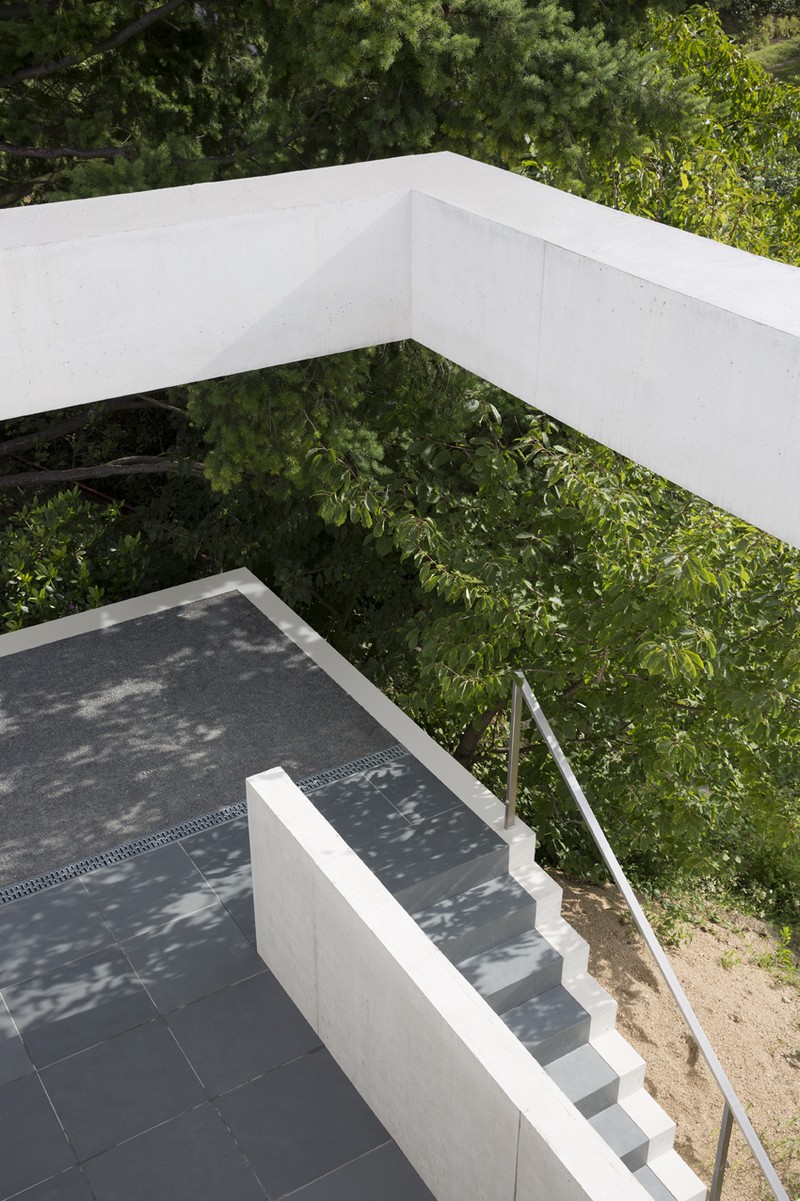 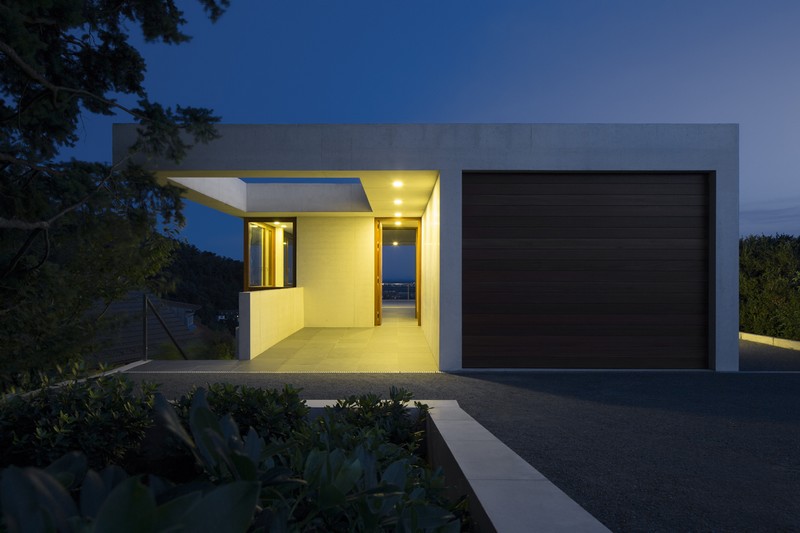 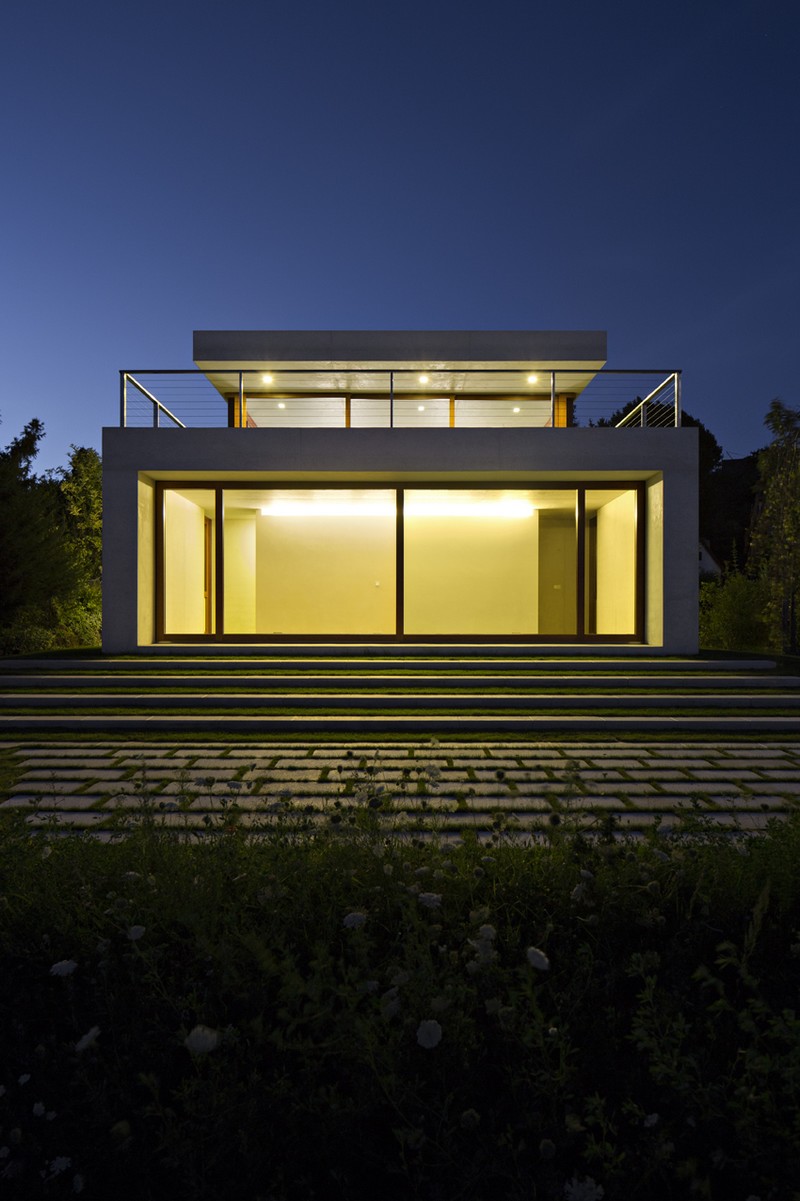 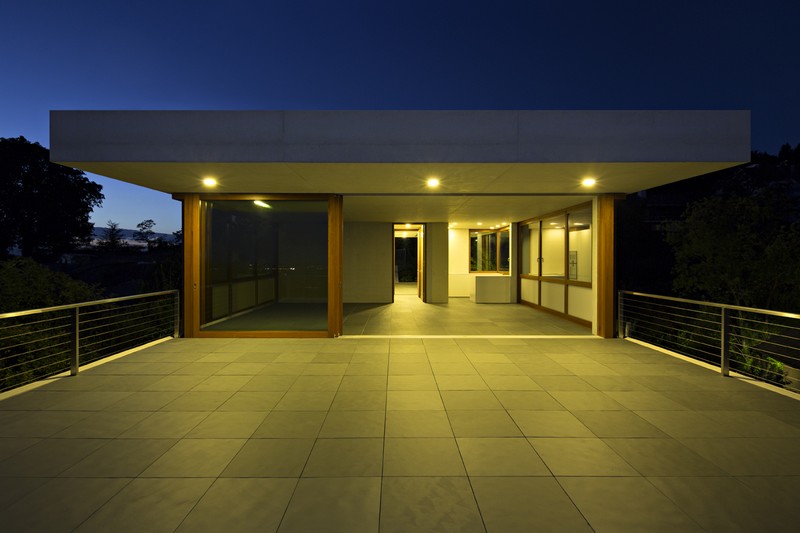 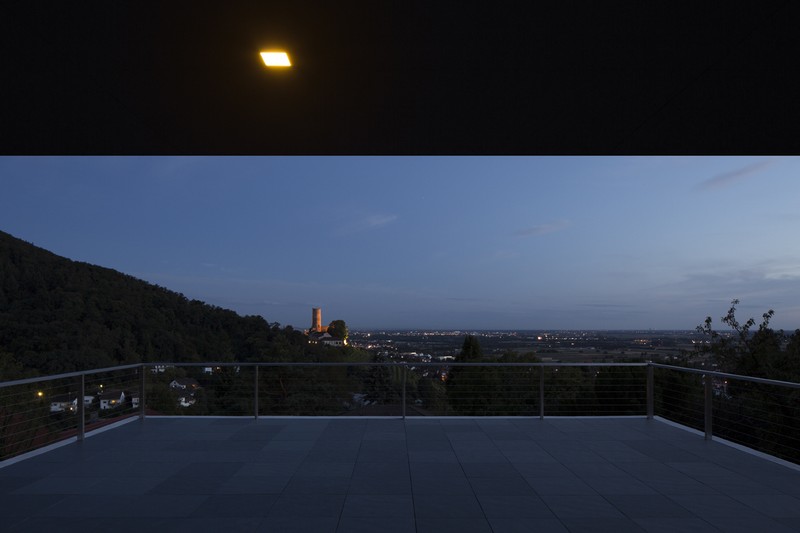 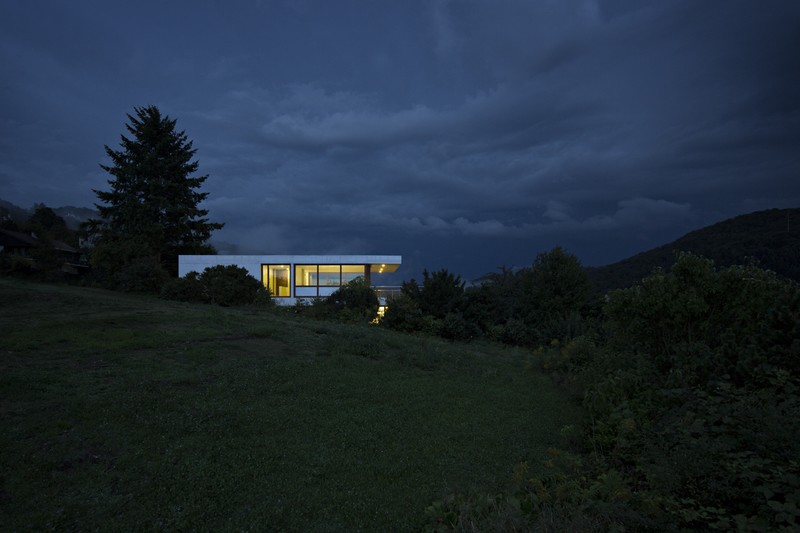 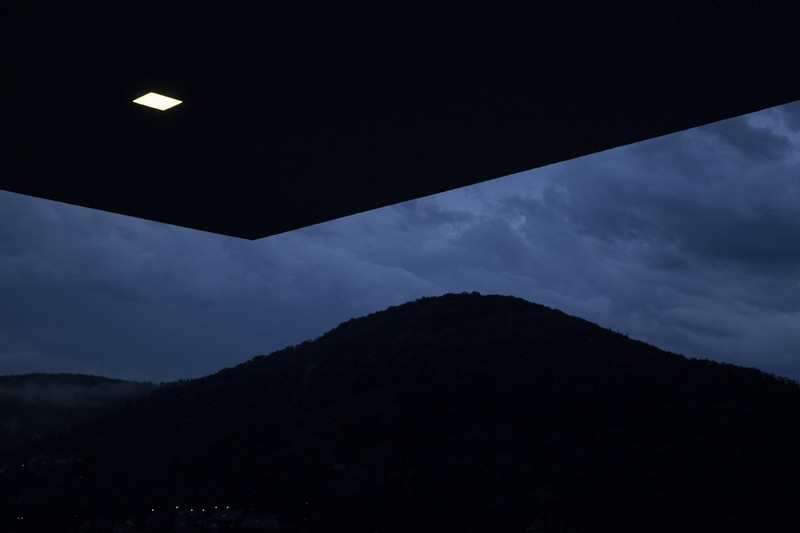 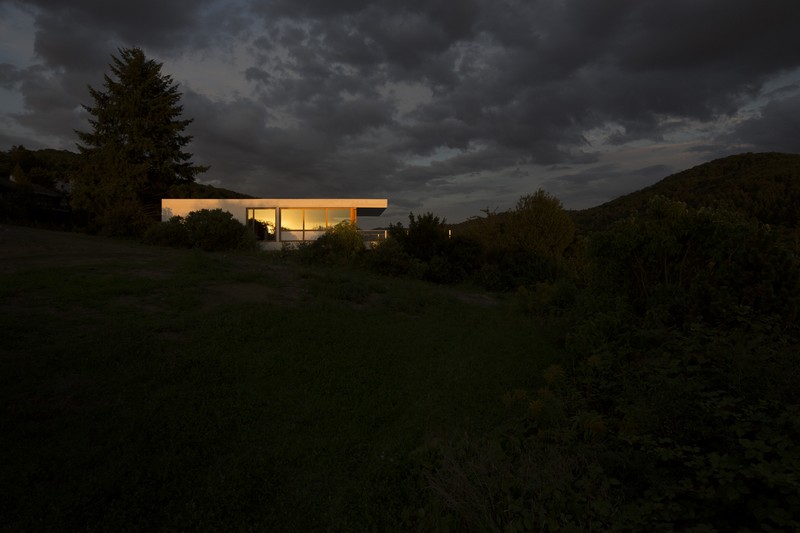 Villa S is a cast in-situ concrete house, dramatically sited on a hillside above Schriesheim, in Baden-Württemberg, in southwest Germany. From its elevated position, the building offers panoramic views of the surrounding countryside: to the south, the Black Forest; to the west, the Palatinate and the Rhine Valley; to the east, the Odenwald mountain range; and in the foreground, on a neighbouring hillside, the ruins of Strahlenburg Castle, originally built in 1295. Within this setting, the project presents itself as an elemental two-tier structure.
The white concrete has been well honed, the culmination of years of perfecting its use, perfecting the right mix, the quality of shuttering and the waxes applied, to ensure a smooth matt finish. Here it is used within a massing composition that generates a strong sense of place and dwelling, rooting the villa in its culture and topography.
The base section is articulated as a heavy concrete cuboid, embedded in the landscape – an extension of the earth, almost. The walls are Romanesque in stature, which is the result of the double concrete wall system, its solidity and density strikingly disseminated by the deeply set glazing at the front of the house. Structurally, the internal wall is load-bearing, enabling the outer wall to function as formidable facing.
In the lower block, the bedrooms and bathrooms are safely cocooned. Above, the pavilion-like form engages with the landscape and the elements. The sliding glass doors and the Brazilian slate tiling used inside and out deliver a seamless connectivity between the living room and terrace, with the combined area measuring 135sqm.
The downstairs space is larger, measuring 175sqm. This comprises two south-facing bedrooms, with floor to ceiling glazing, both having en-suites bathrooms; a central area, which is flexible in its usage, with two additional bedrooms being easily accommodated within the grid like structure; and towards the rear, a utility and washroom, a general storage area, and a dedicated room for the building’s electrics and heating system.
On both levels, the ceiling heights are generous: 2.6m for the lower ground floor and 2.85m upstairs. This latter dimension enables the architecture to make a bold tectonic statement at either end of the villa: on the south side, a 2.6m cantilever extends beyond the living space; and on the north side, a seemingly gravity defying rectangular aperture, measuring 6.25m x 5m x 0.65m, emphatically defines the main entranceway. Together these present the roof as an assured, well-defined plane; so harmonizing with the lower block’s strong horizontal form.
Throughout the scheme, the bespoke Meranti doors and window frames perfectly complement the white concrete, the slate flooring, and the opaque matt glass panels used in the building’s fenestration. This holistic approach to detailing is also evident in the lamp design.
The project required a light unit to deliver both internal and external coverage; work within the structural parameters of the cast in-situ concrete ceilings; and be able to complement the project’s exacting, pared-back aesthetic. Existing fittings were researched but there was nothing appropriate. The solution is the villa’s very own luminaire, measuring 12cm x12cm x8cm.
The outer casing is milled from a solid block of aluminium. Internally, the design comprises 49 1W LEDs mounted on a platina plate, combined with a highly polished stainless steel reflector and a specially satinized plexi-glass cover. The finished product is a low energy, high performance lamp that delivers an even spread of emitted light. Furthermore, the unit sits perfectly flush when recessed; there is no external mounting or trim, which preserves the ascetic clarity of the cast in-situ concrete.
The villa’s asymmetric plan orchestrates the lighting layout, hence the spacing of the three lamps along the south-facing cantilever, the one offset from the middle aligning with the building’s long axis. Save for this subtle lighting detail, the south façade is symmetrical which robustly counterbalances the asymmetrical arrangement that organizes the north elevation.
The discourse between the north and south facades parallels the dialogue between the heavy mass of the lower level and the lighter volume above, the former generating a connection with the earth, the latter a connection with the sky. This is architecture exploring the poetic and communicative potential of tectonic construction. The result is a meticulously crafted building that is well-equipped to stand the test of time.
Photographs: Felix Krumbholz Photography