House in Menorca is a private residence designed by Dom Arquitectura and is located in Ciutadella de Menorca, Spain. 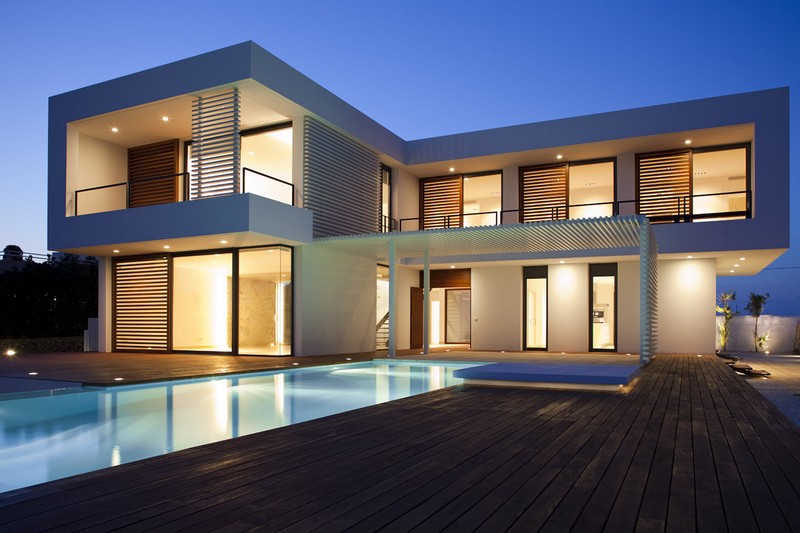 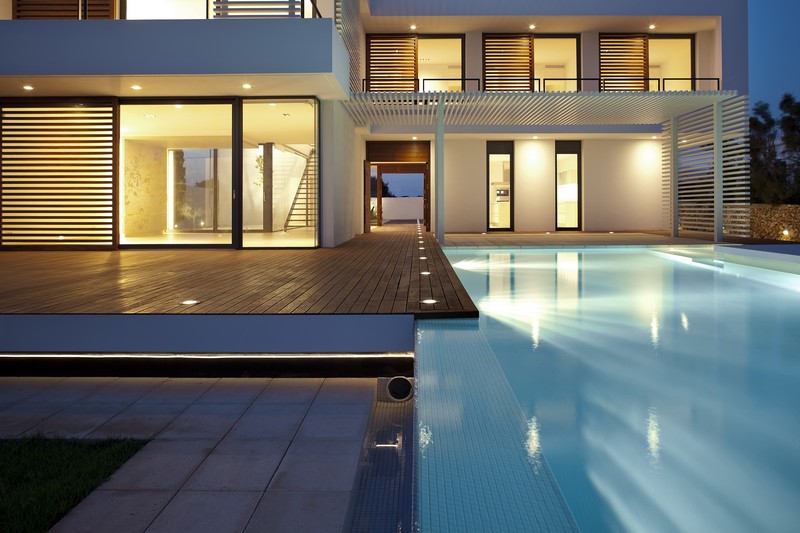 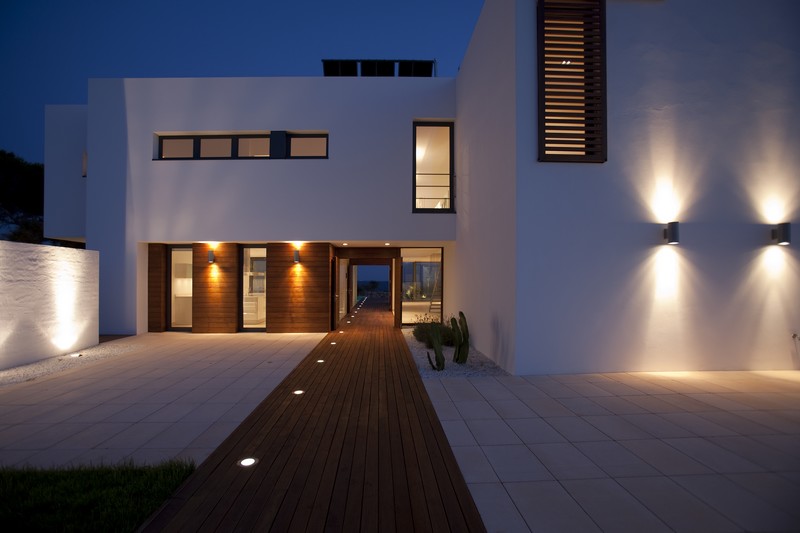 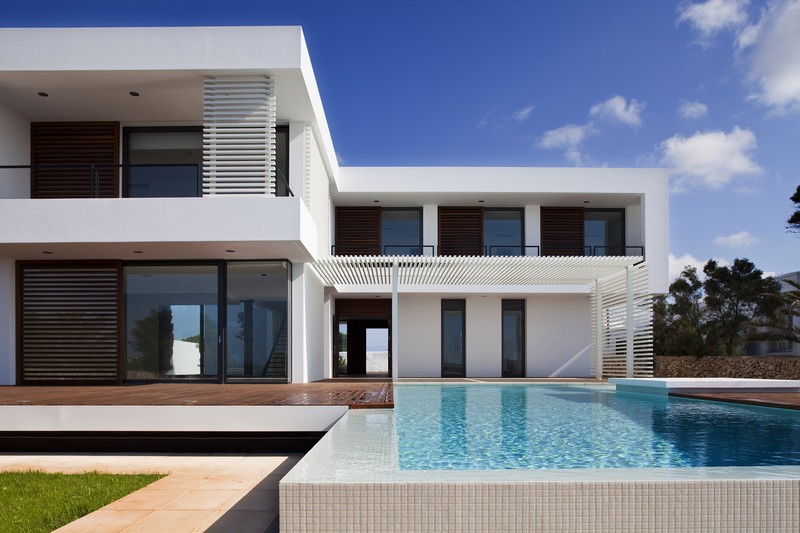 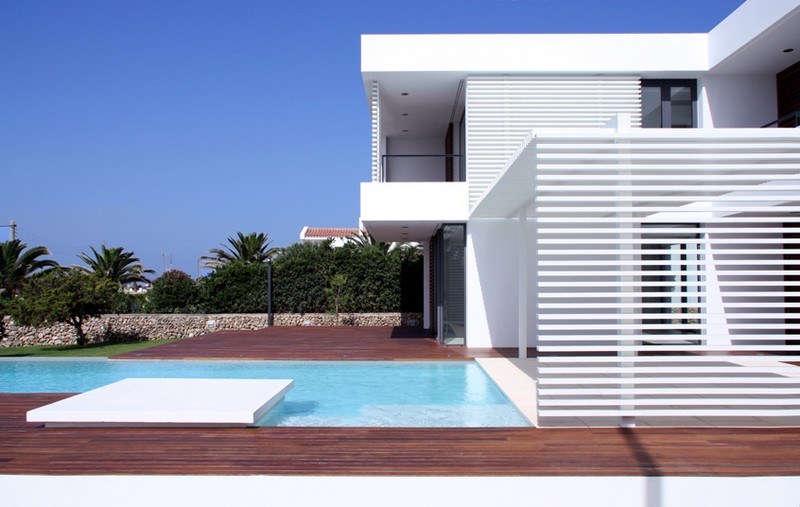 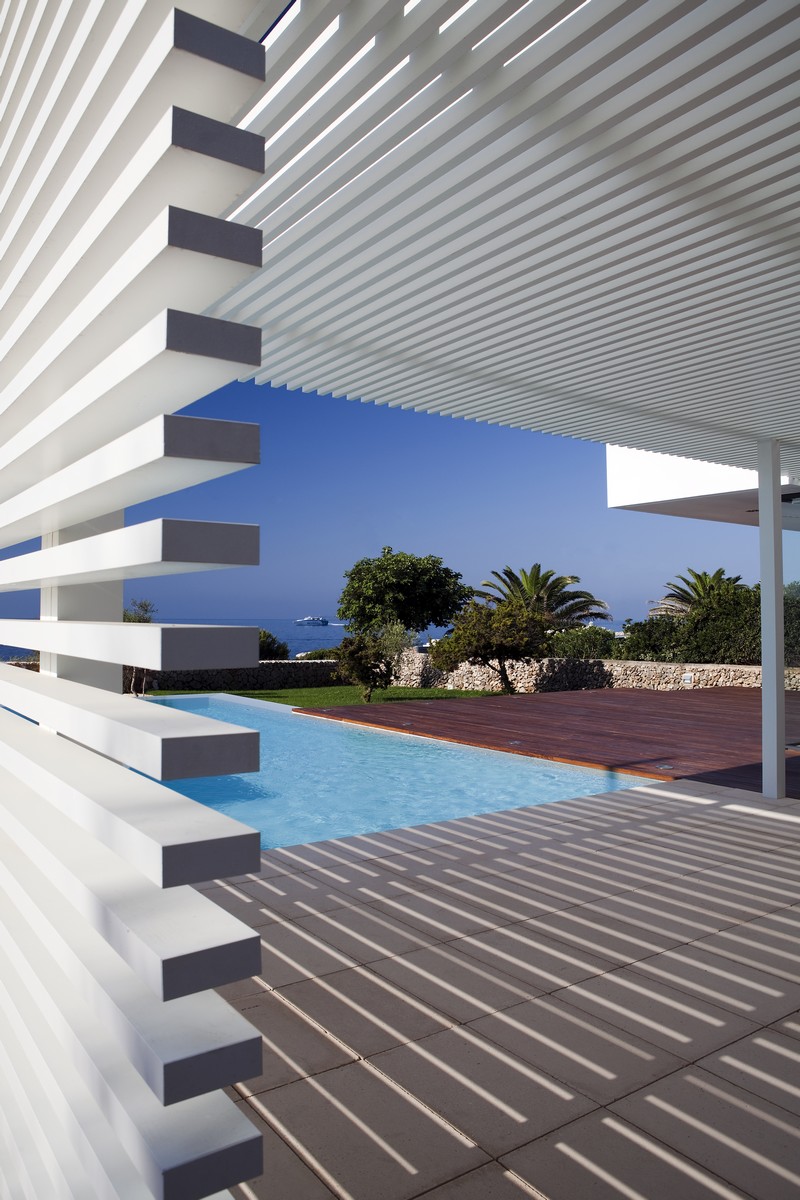 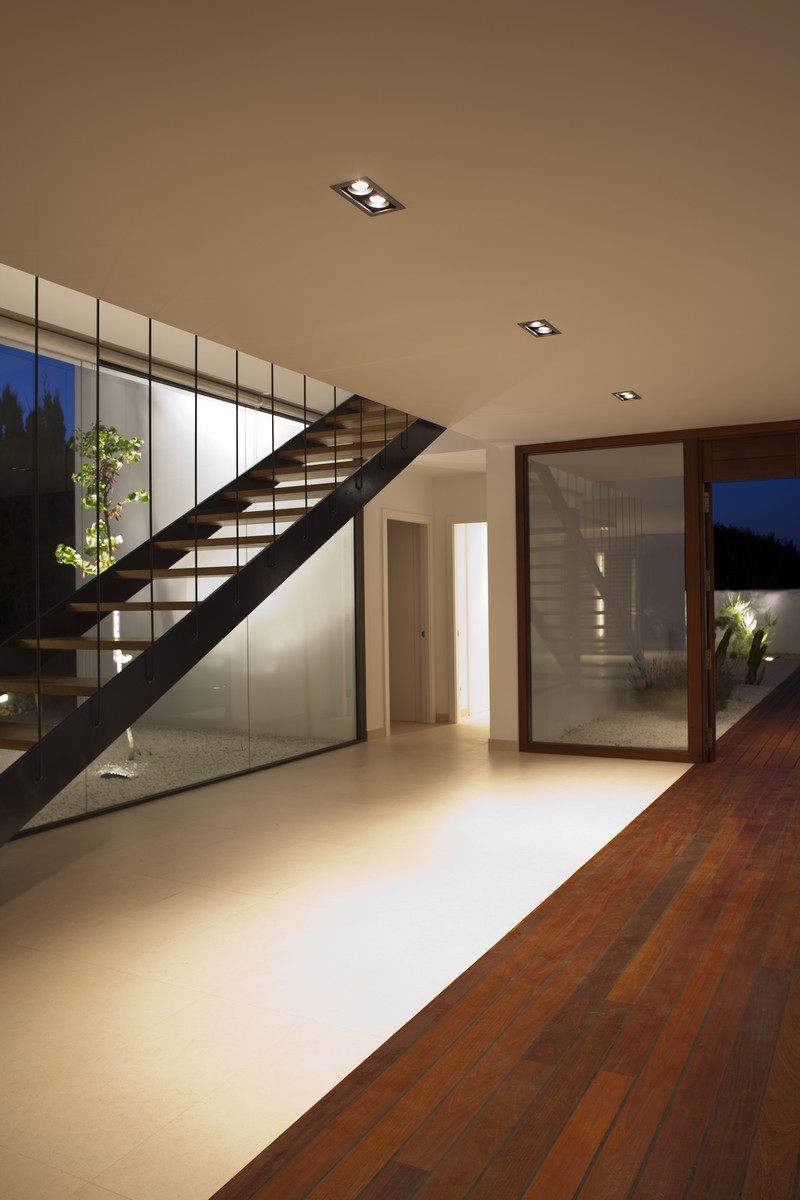 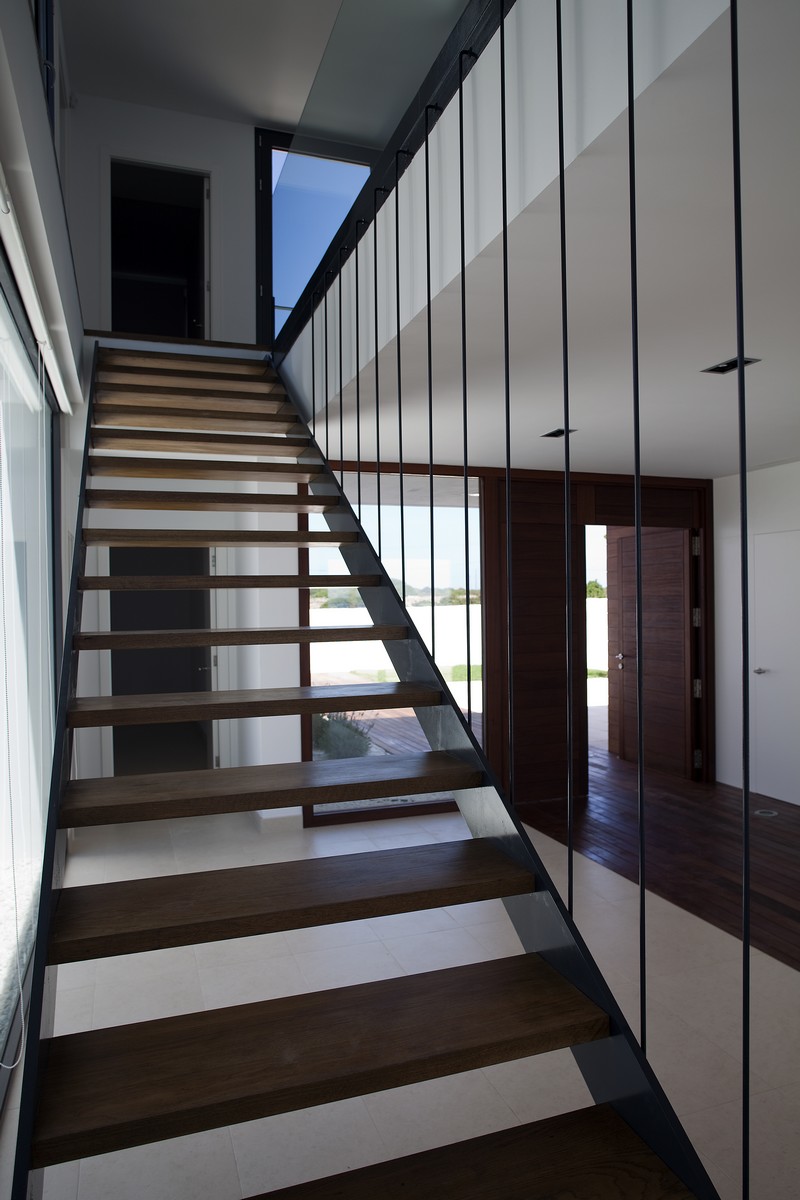 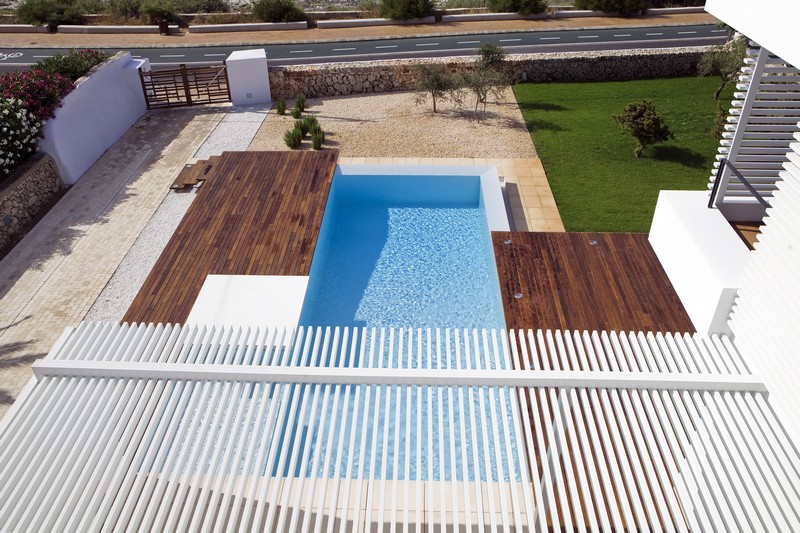 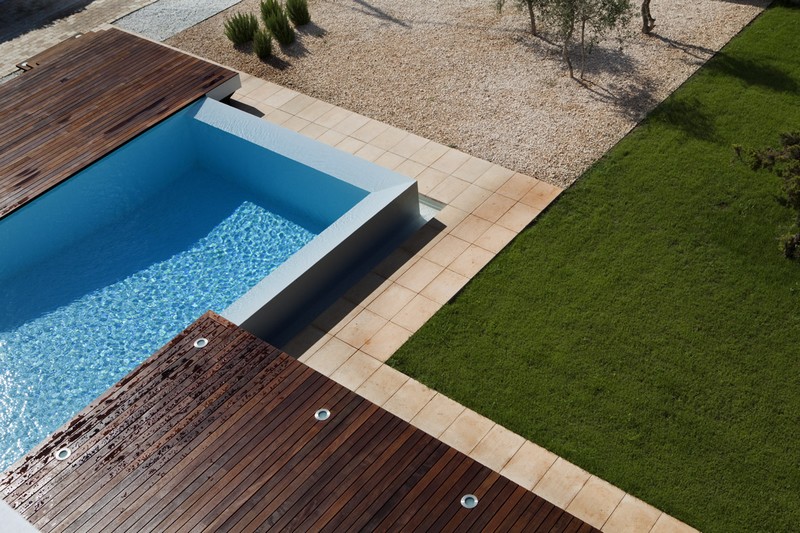 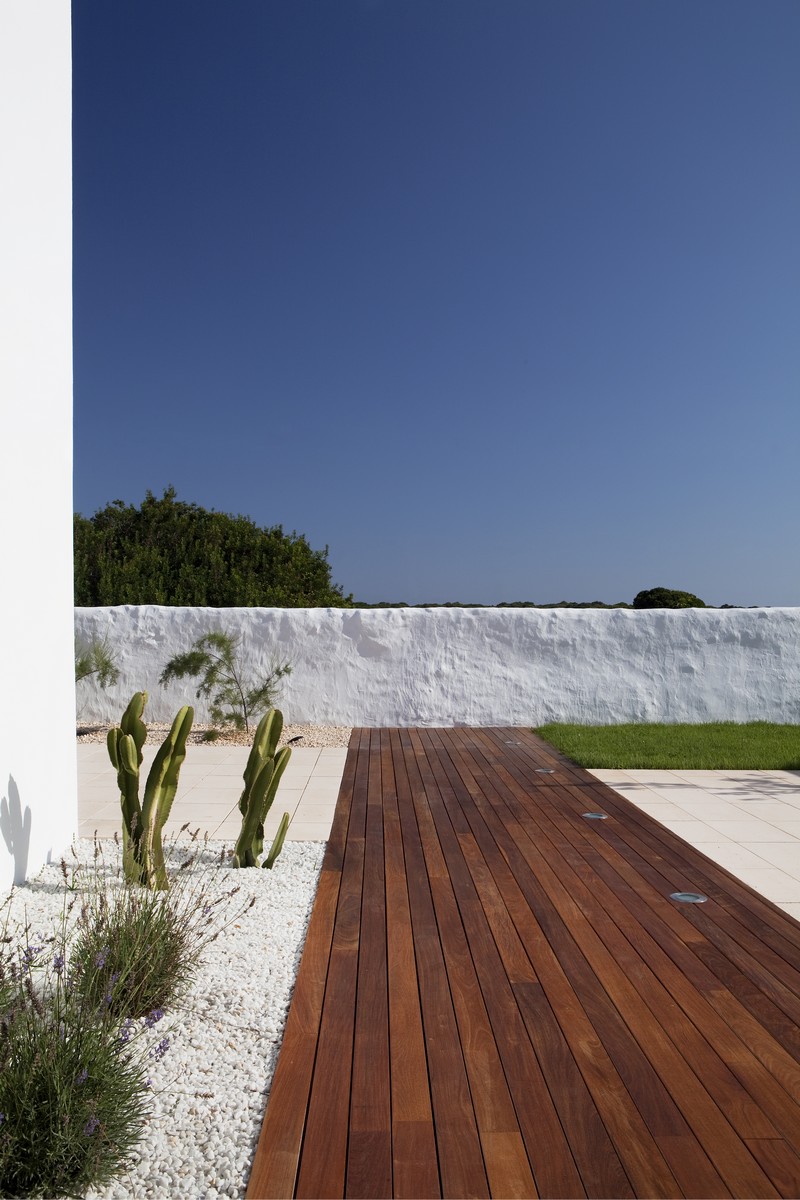 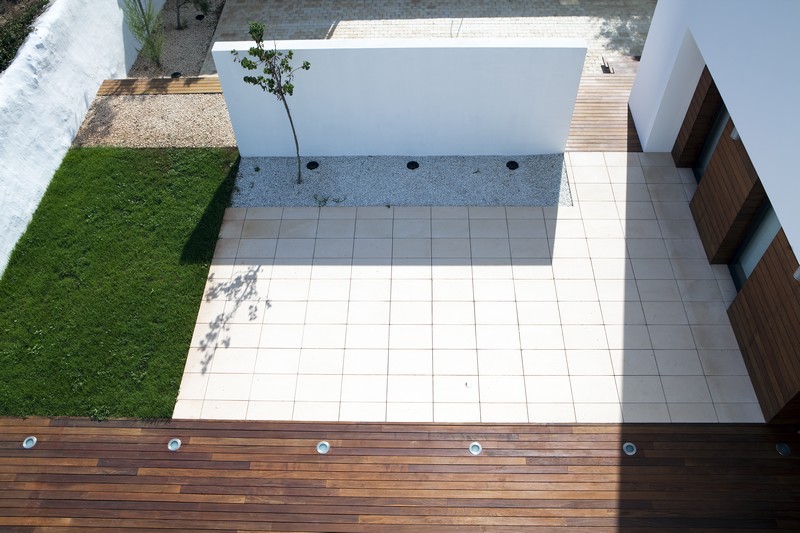 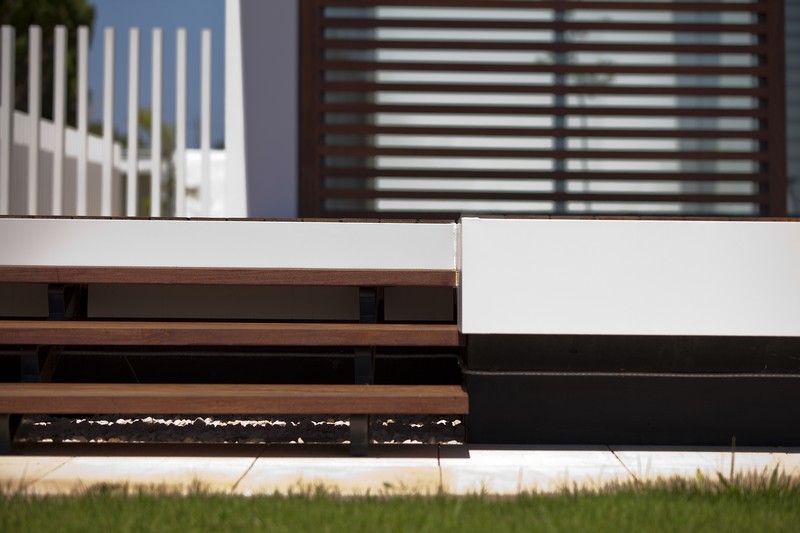 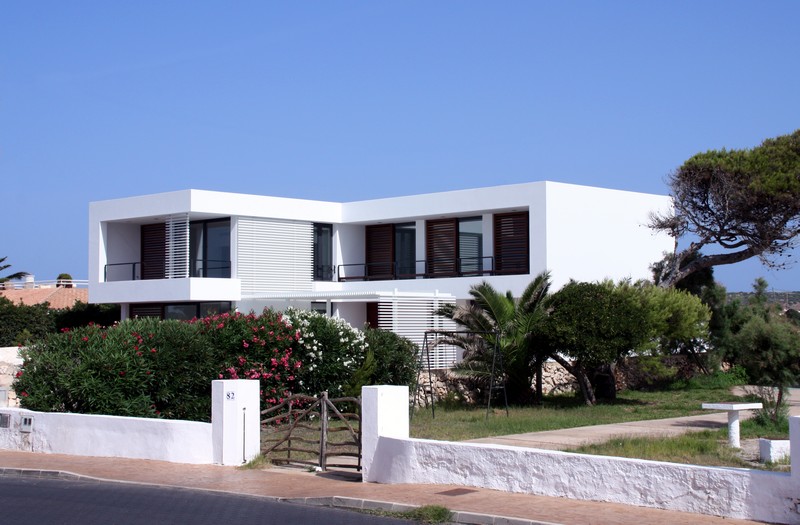 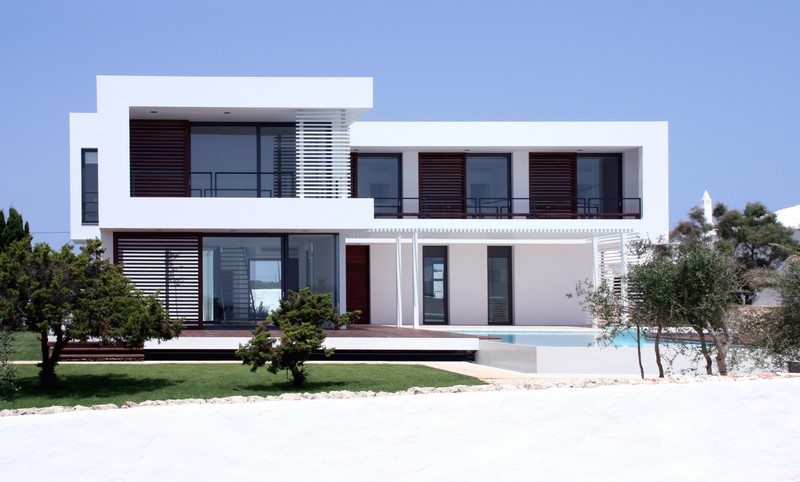 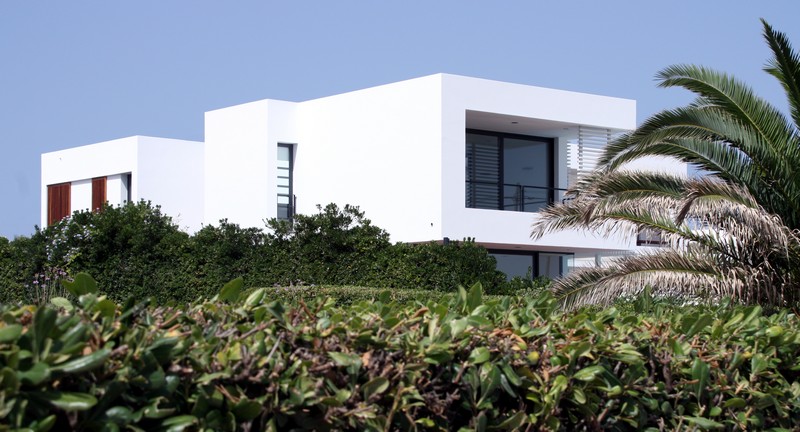 Being a summer house, the main idea is not only creating the interior spaces of the house, but distribute all outer space. The interior spaces seek good relations with the outside world, colonizing their surroundings and their views.
Inspired by the typical Menorca “tanca”, stone walls divisions of the realm. The plot is organized from a space frame, fully passable, based on a trace orthogonal, combining floors, platforms, water, trees, plants, tanca, pergolas, walls and the house itself. By combining these elements we are encountering this approach in which each piece is delimited and acquires its own identity and use within a harmonious whole. The diversity of outdoor stays provides the site a space balanced richness.
The house is situated in the center of the outer solar stays divided in two, front and rear. The hall of the house with two large openings on each side operates as a mixed external-internal transition. Falls outside the pavement causing a passage that connects the back yard with the front porch.
Based on typical lattices “menorquinas” designed a sliding wooden slats fixed set a filter to the outside, they act as sunscreens, giving privacy and multiplying the usability. They combine the vertical slats of the east and west facades with horizontal south facade. Most of these openings are floor to ceiling, allowing for greater continuity to the outside and making the most magnificent views of the site.
Photos by Dom Arquitectura
Architect: Pablo Serrano Elorduy
Interiori designer: Blanca Elorduy
Rigger: Joan Camps
Structure: Osmotec
Construction: Construccions Rotger Piris, S.L.
Suface: 443 m2