Two flat reform to rent is a project designed by Dom Arquitectura and is located in Paseo San Juan, Barcelona. It covers an area of 85 m2. 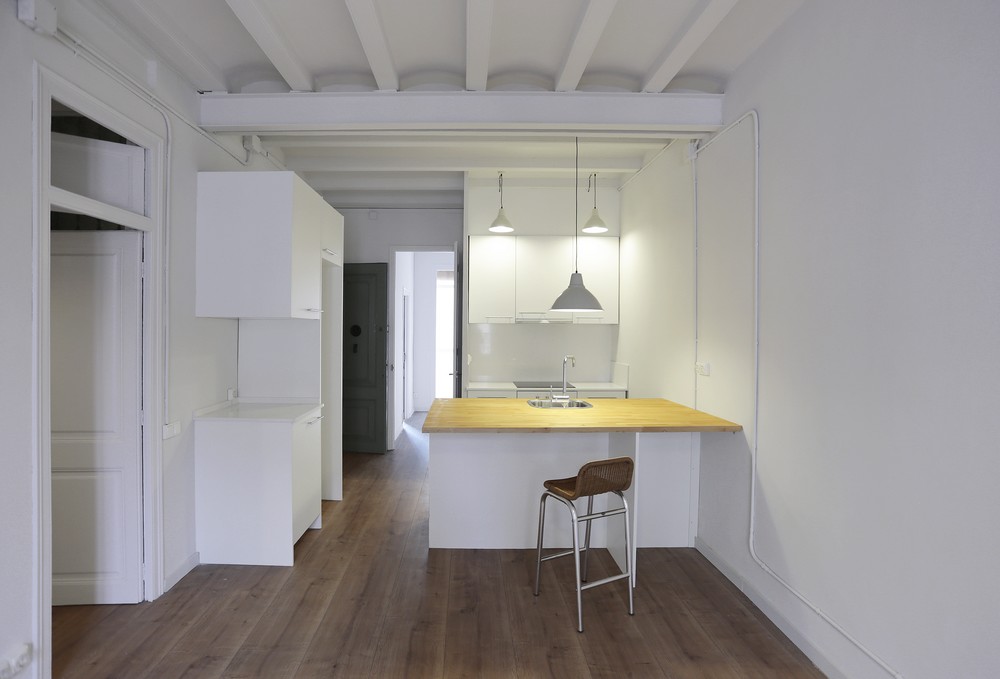 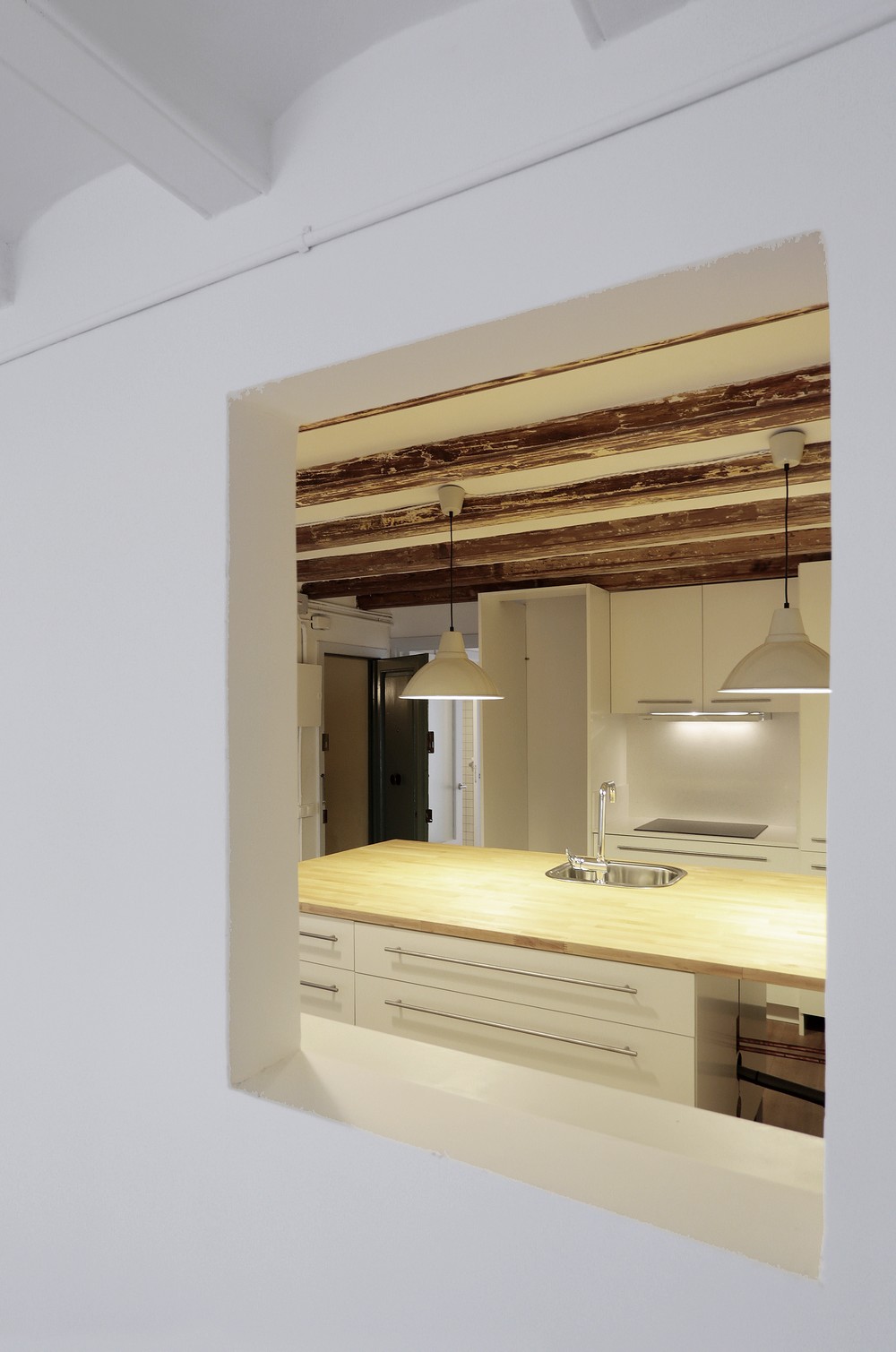 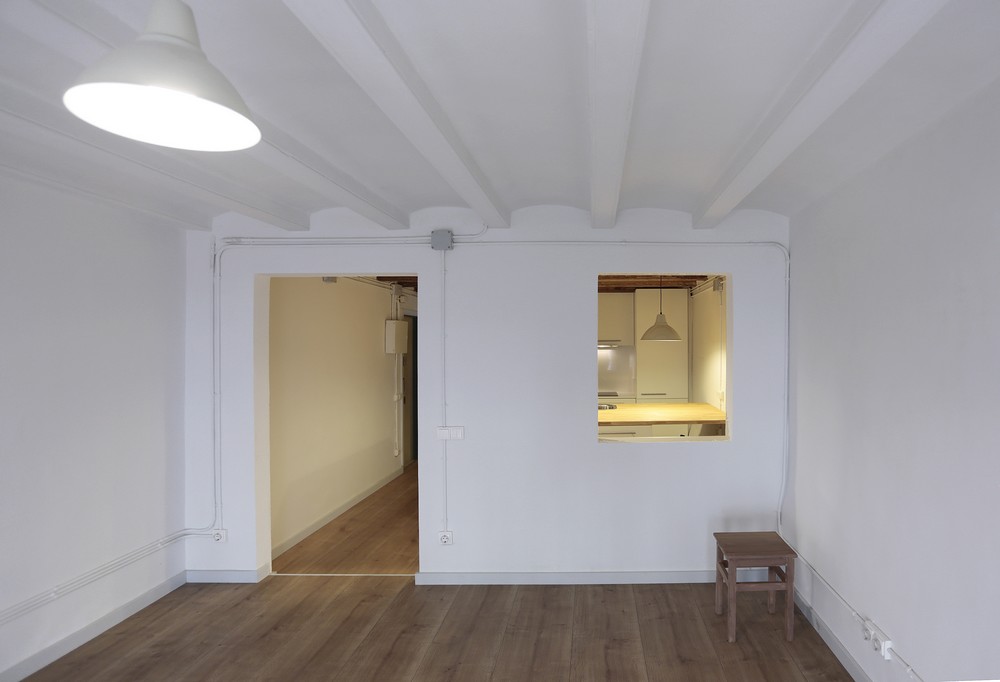 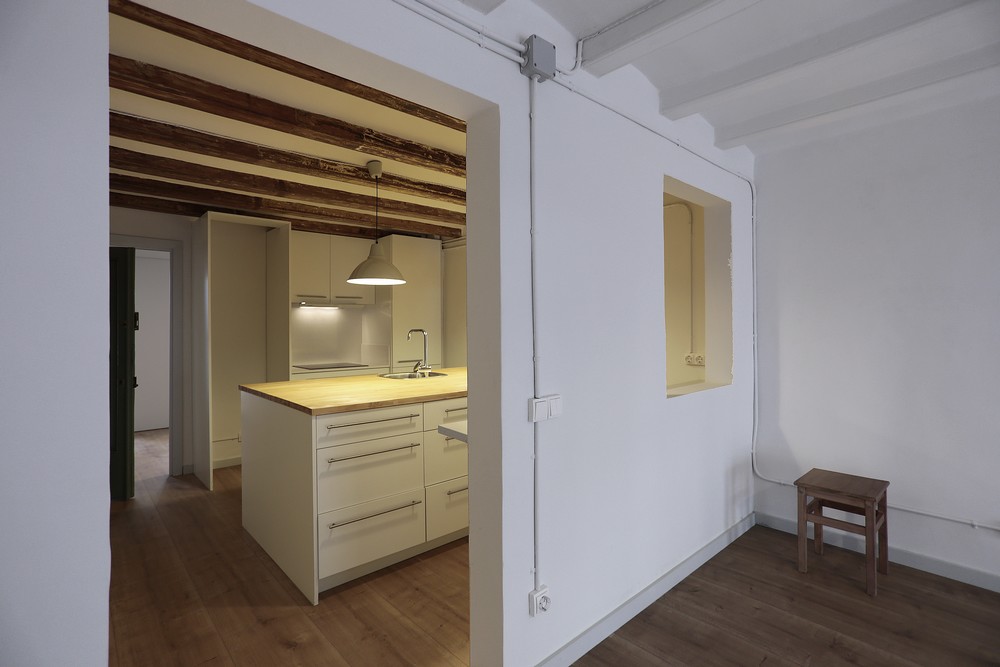 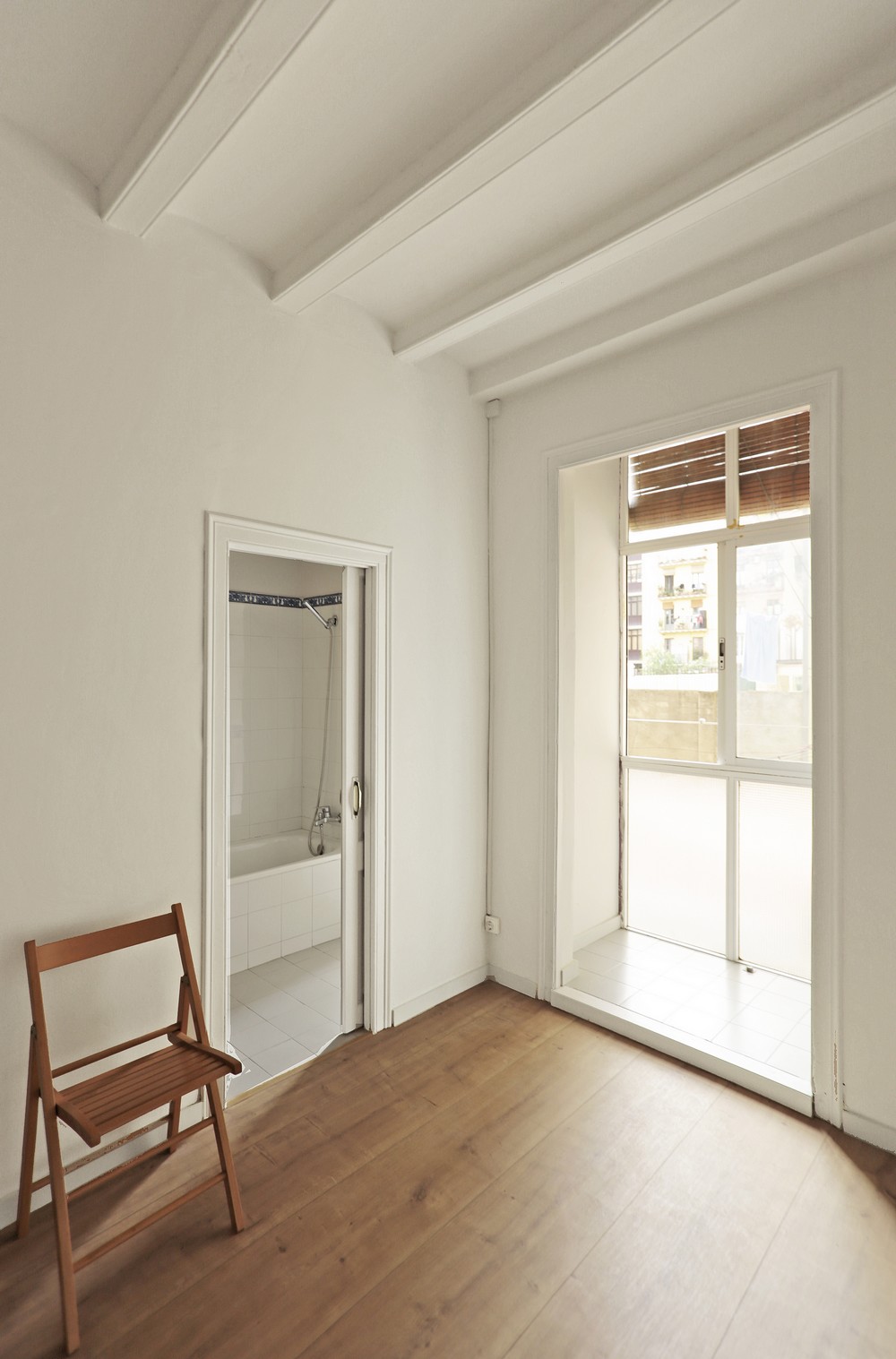 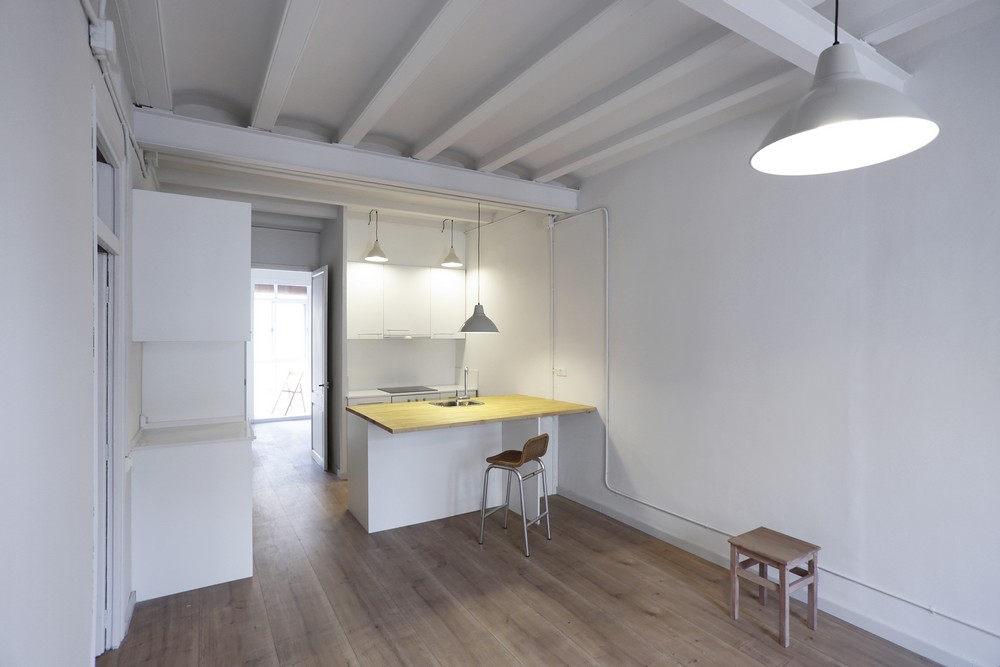 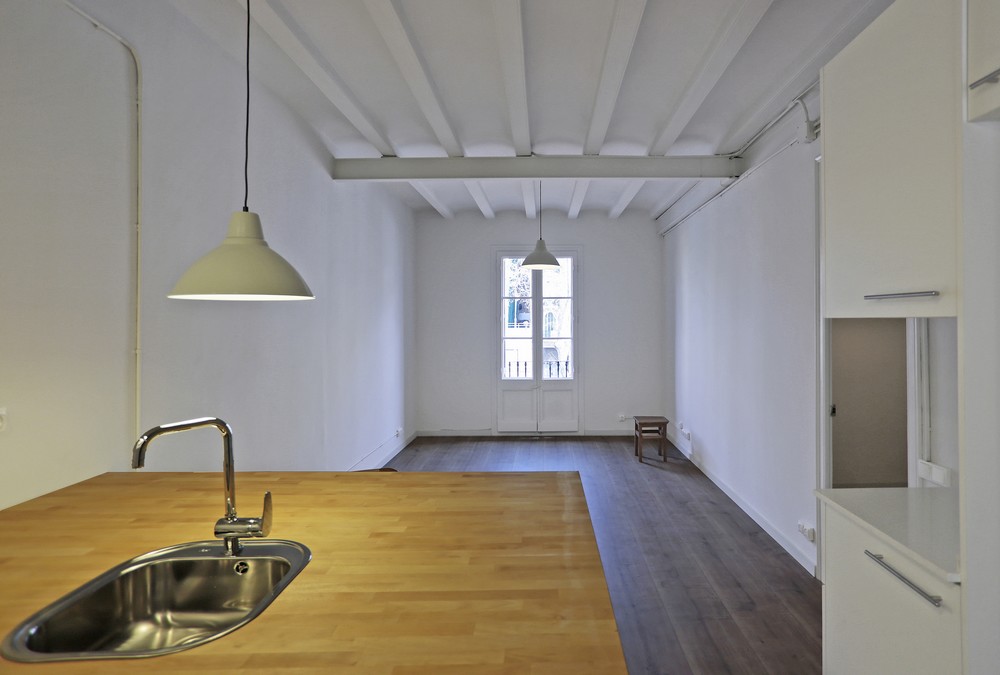 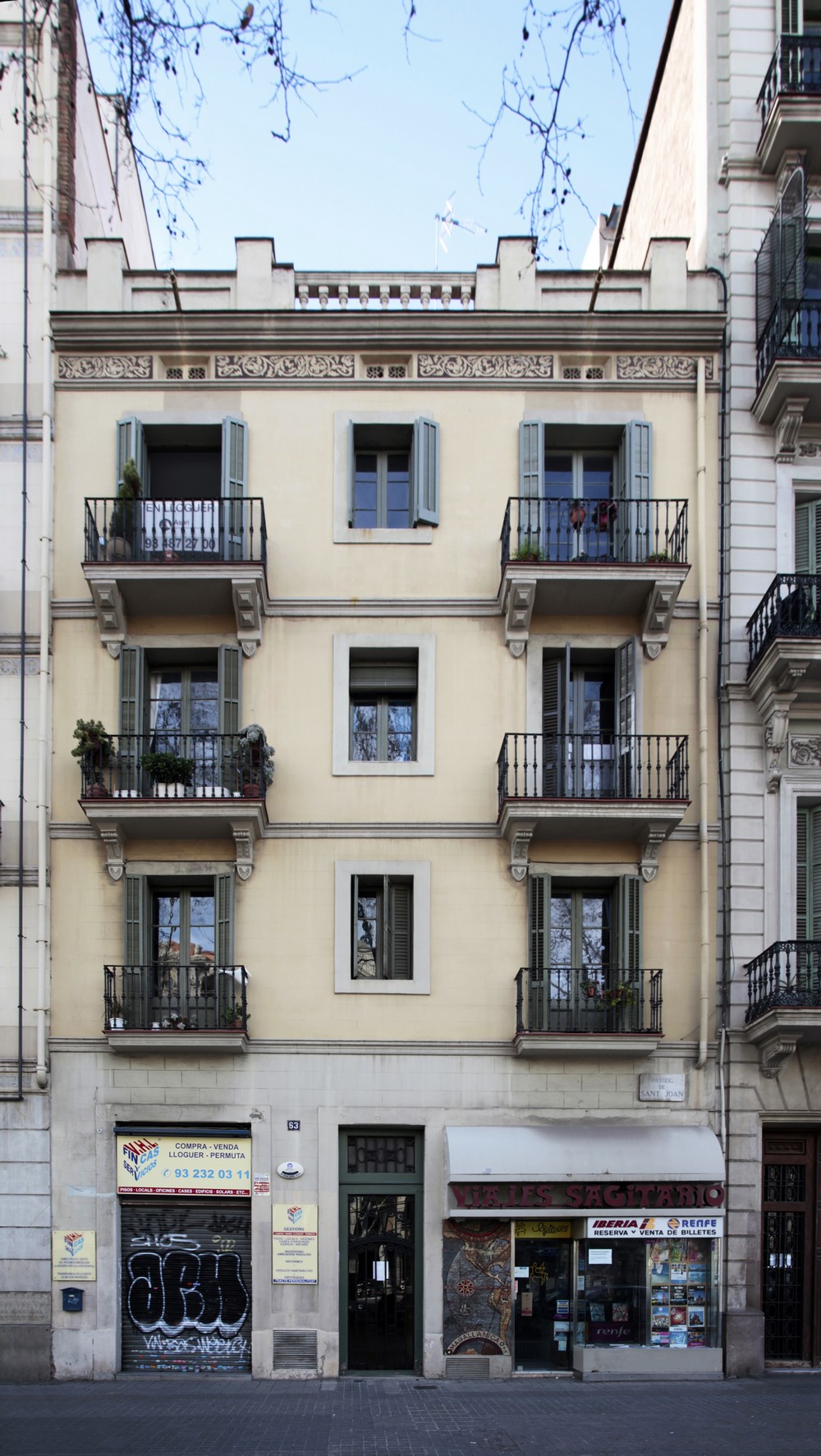 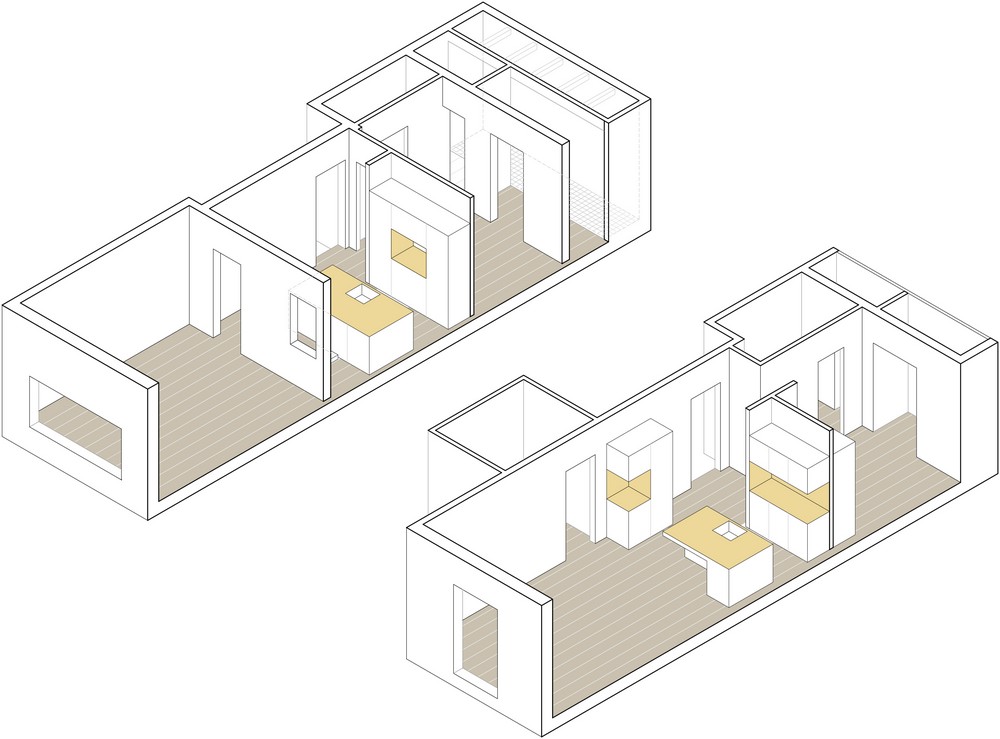 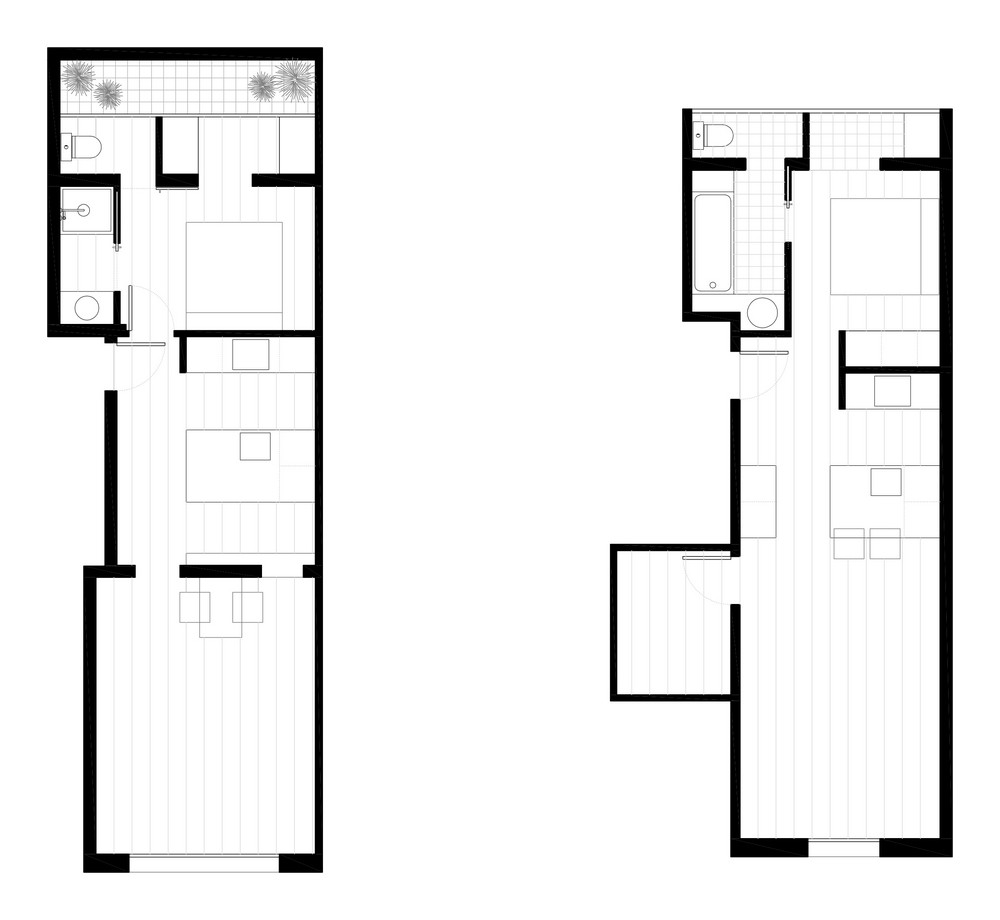 The building placed in Paseo San Juan, one of Barcelona’s main avenues, was built in 1885 and renovated in 1994. Currently two of its flats were without tenants and the owner wanted to reform both spaces to rent.
We proposed to recover the original ceilings, which were previously hidden, and refurbish coffered beams and one-way slabs.
We propose a new actual distribution of the space where the kitchen is integrated with the main living space and most existing partitions disappear.
A simple and affordable approach to solve the current needs of the flats, and obtain a better performance of these new spaces of the building.
Architect: Pablo Serrano Elorduy
Interior Designer: Blanca Elorduy