Sun Cap House was designed in 2010 by Wallflower Architecture + Design and is located in Sentosa Cove, Singapore. 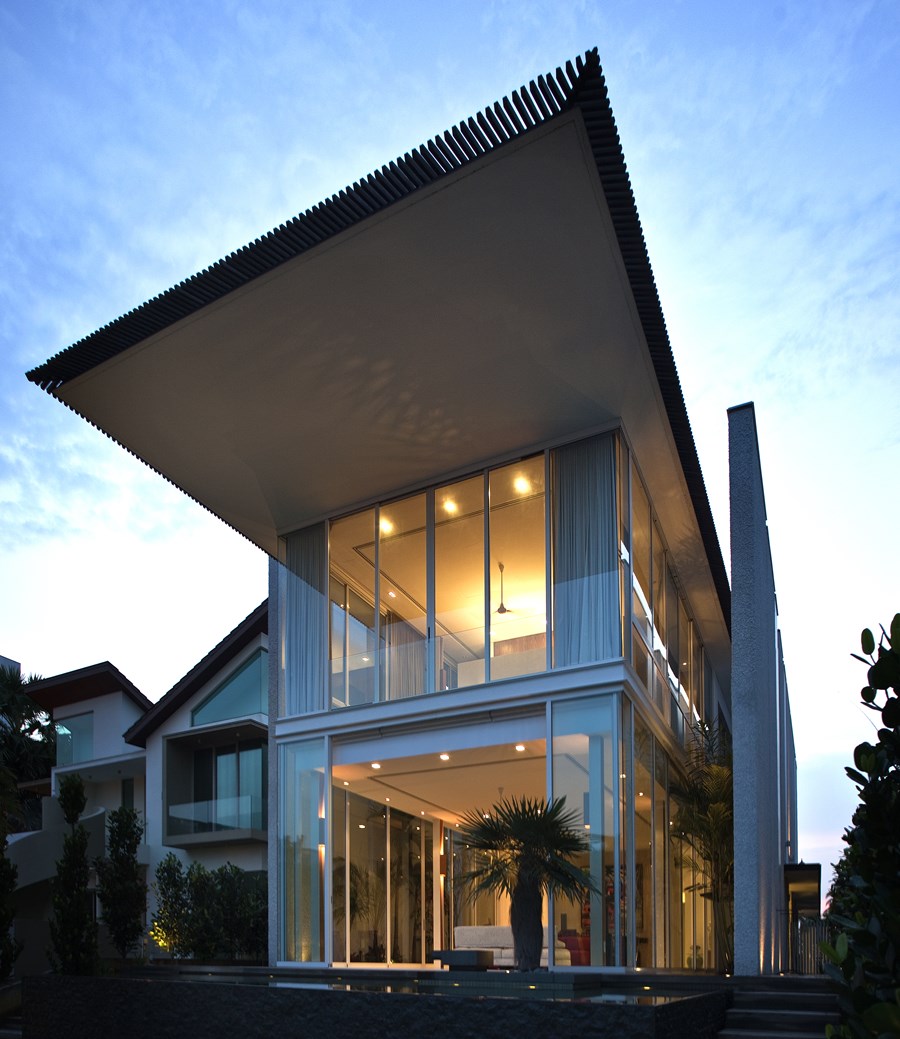 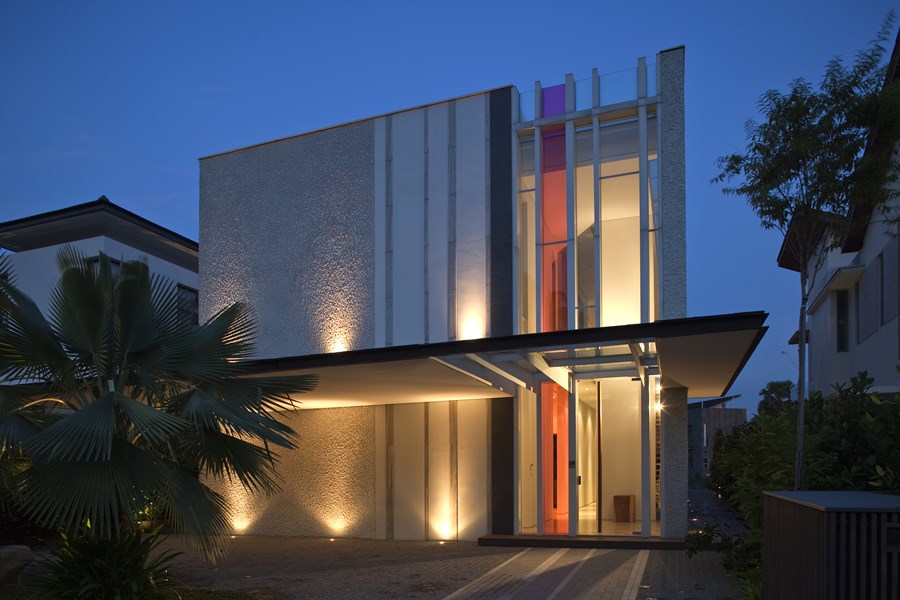 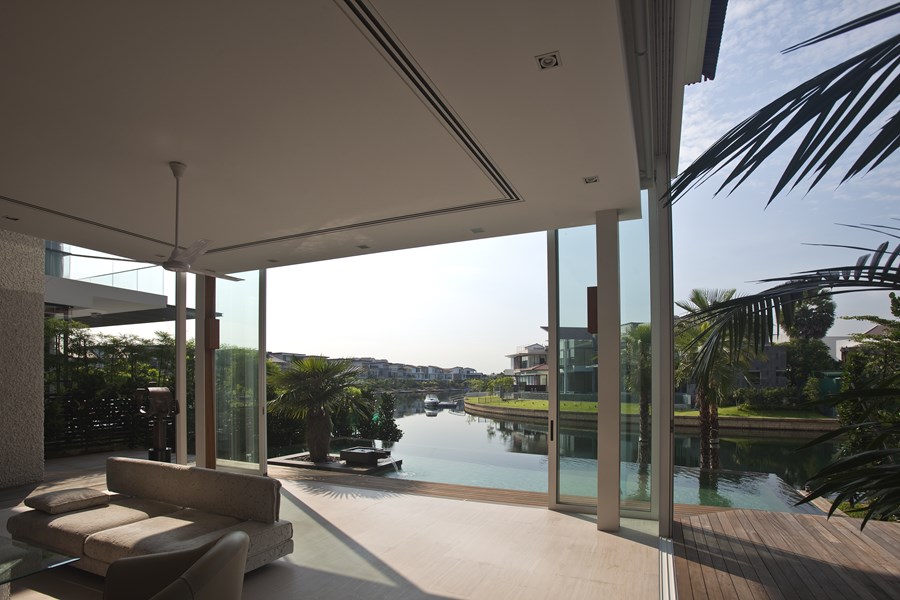 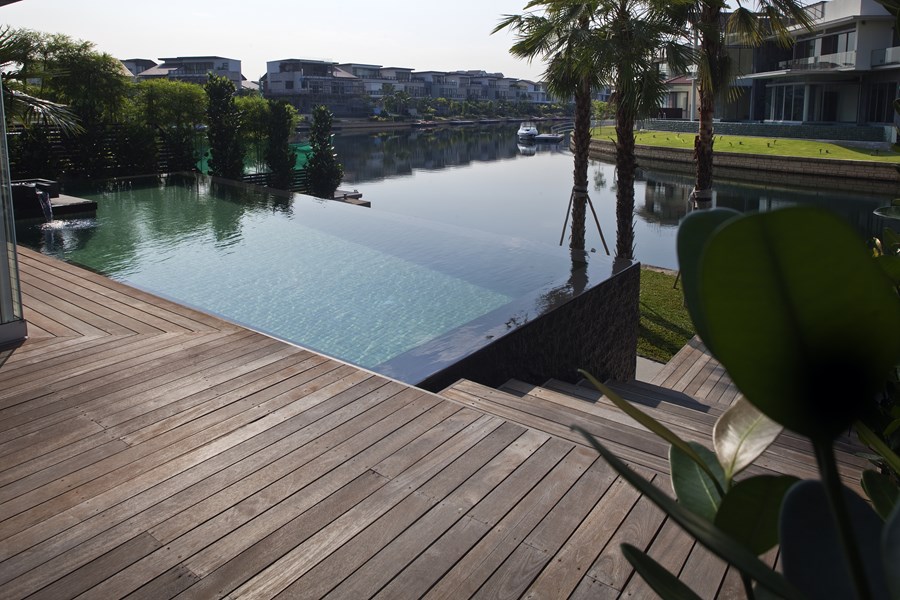 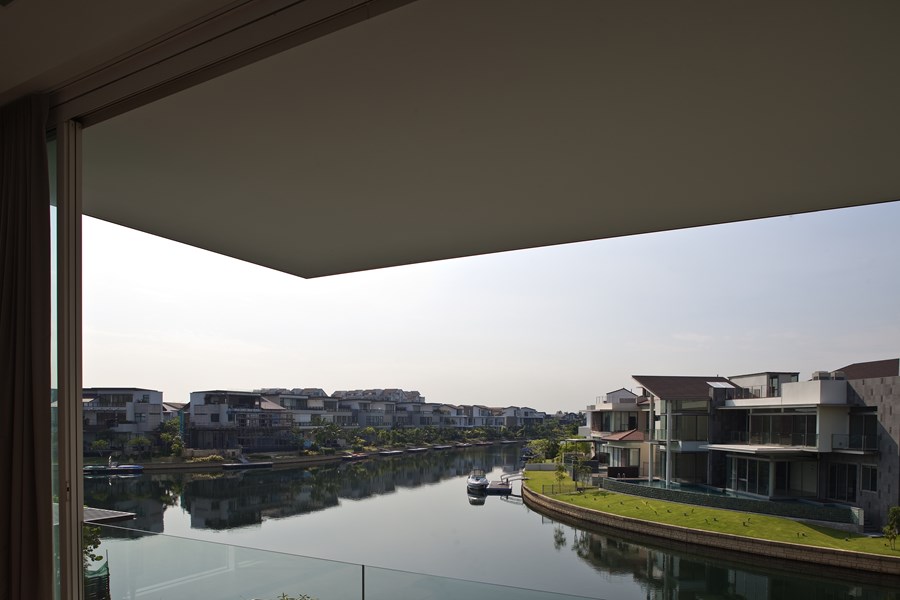 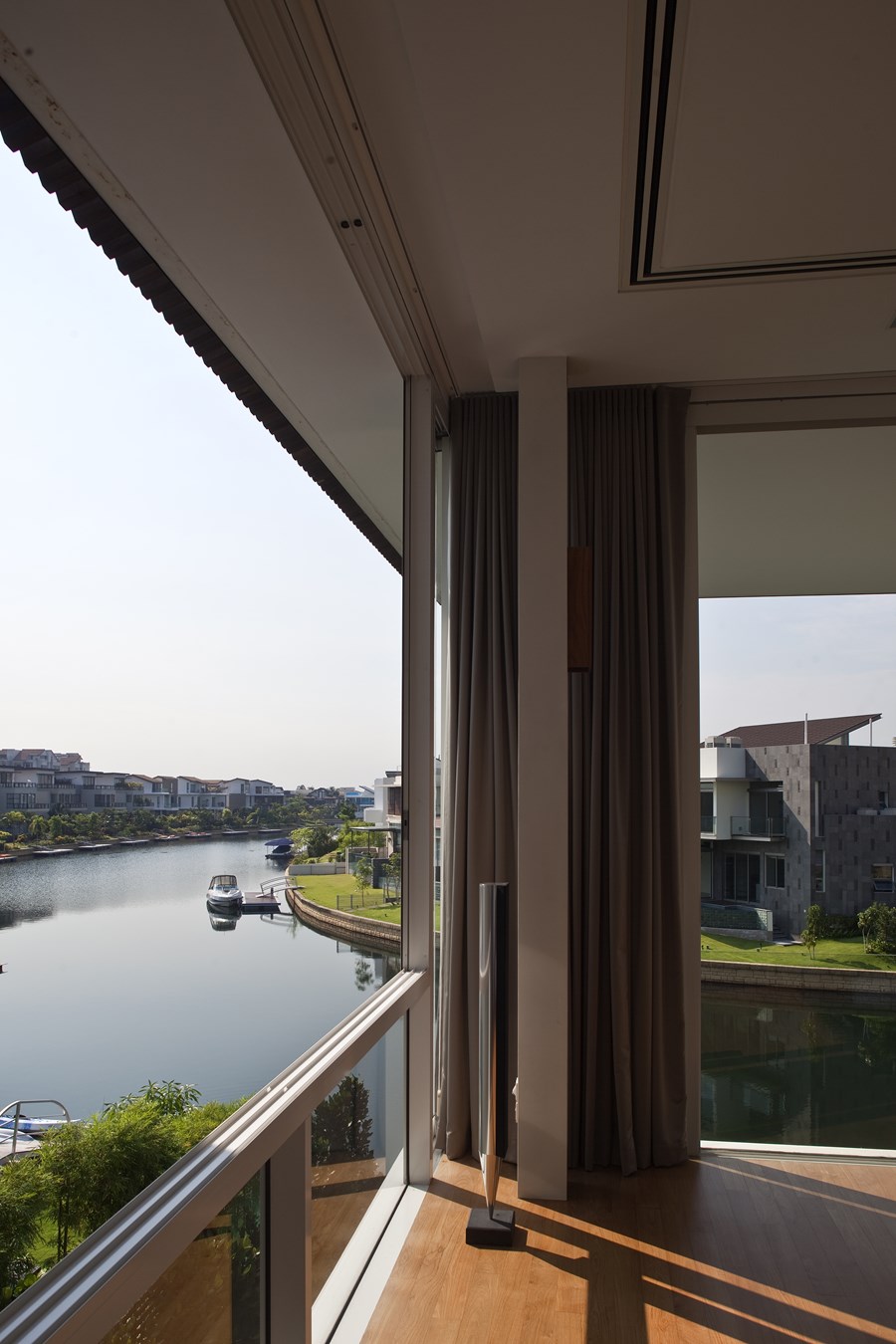 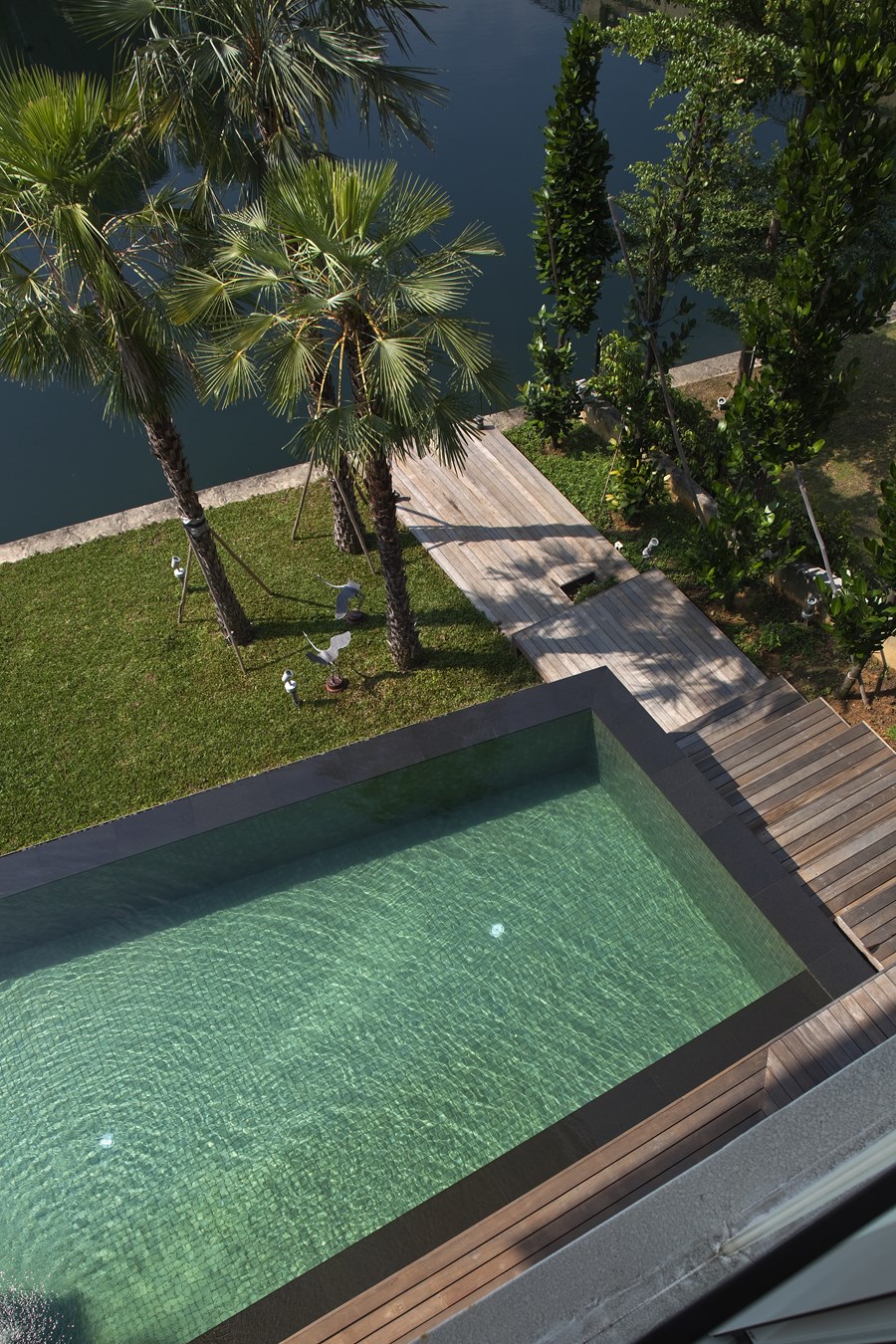 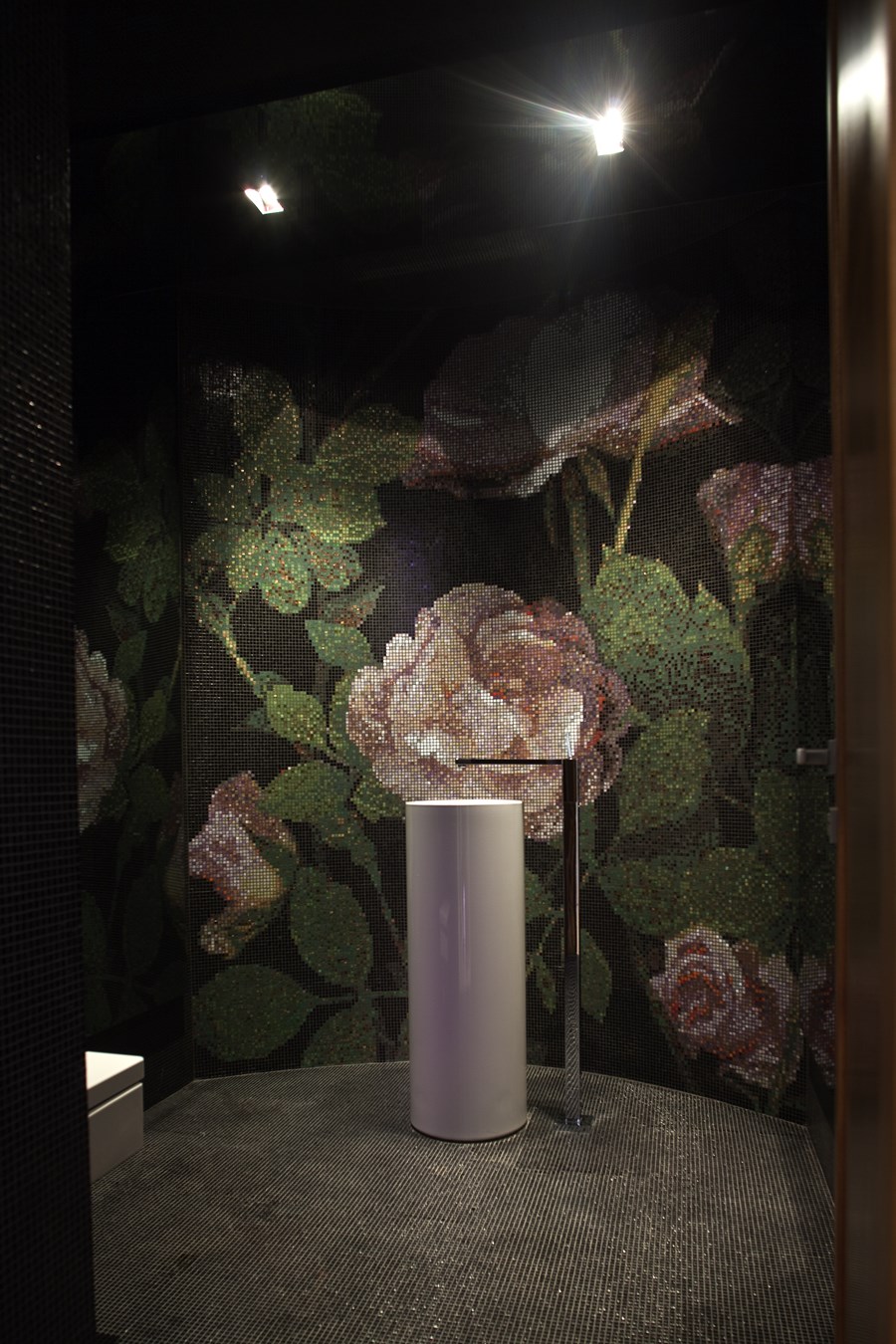 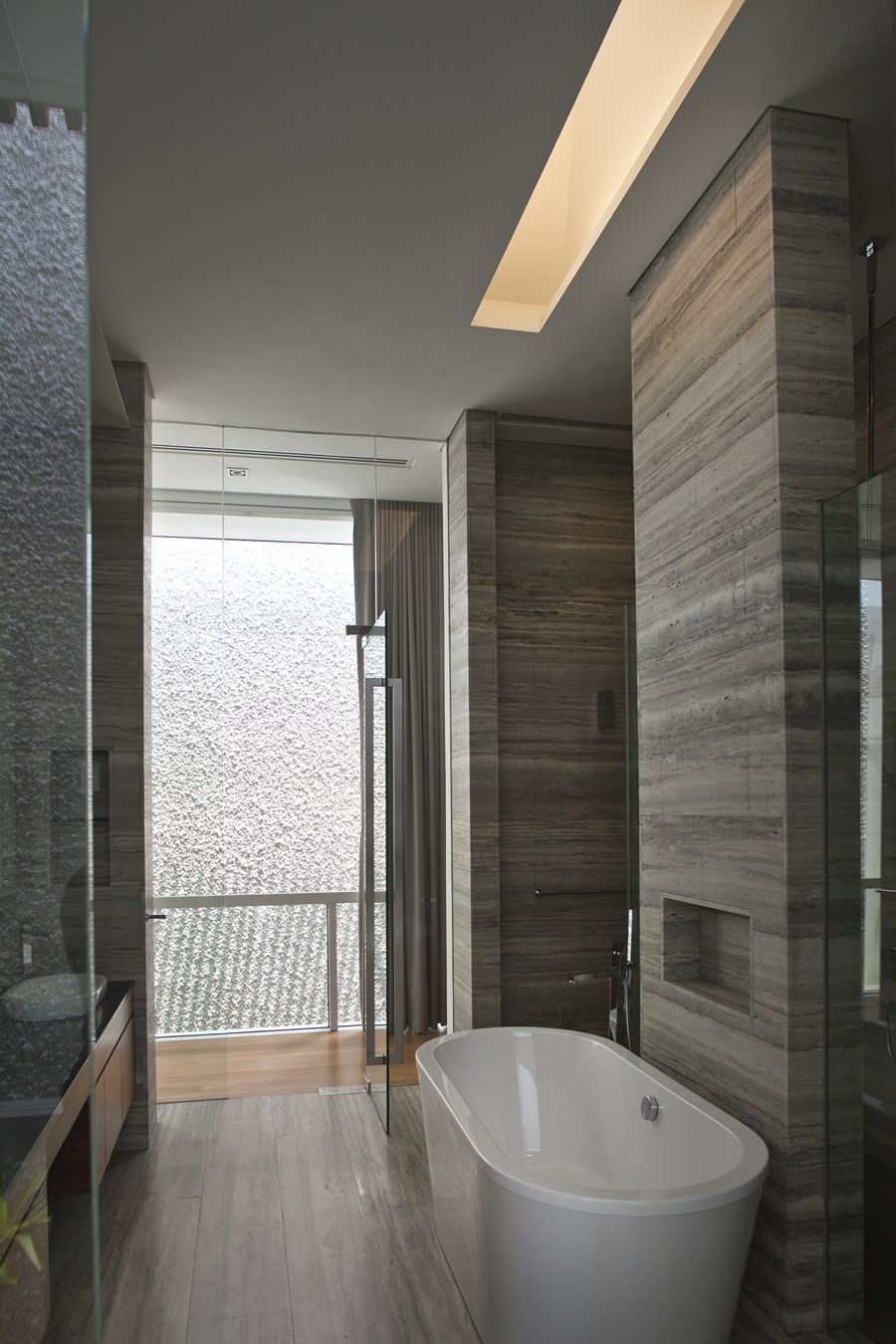 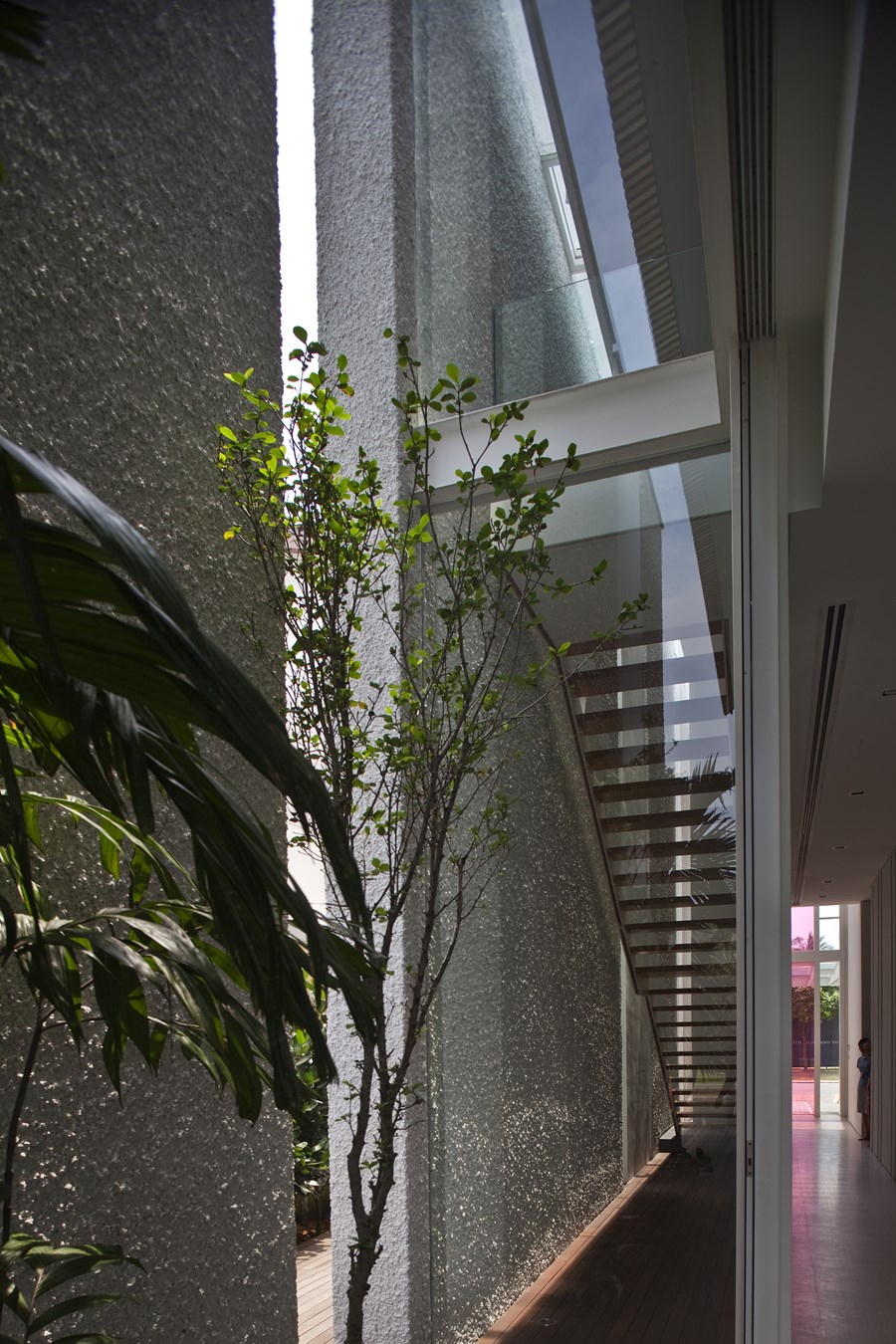 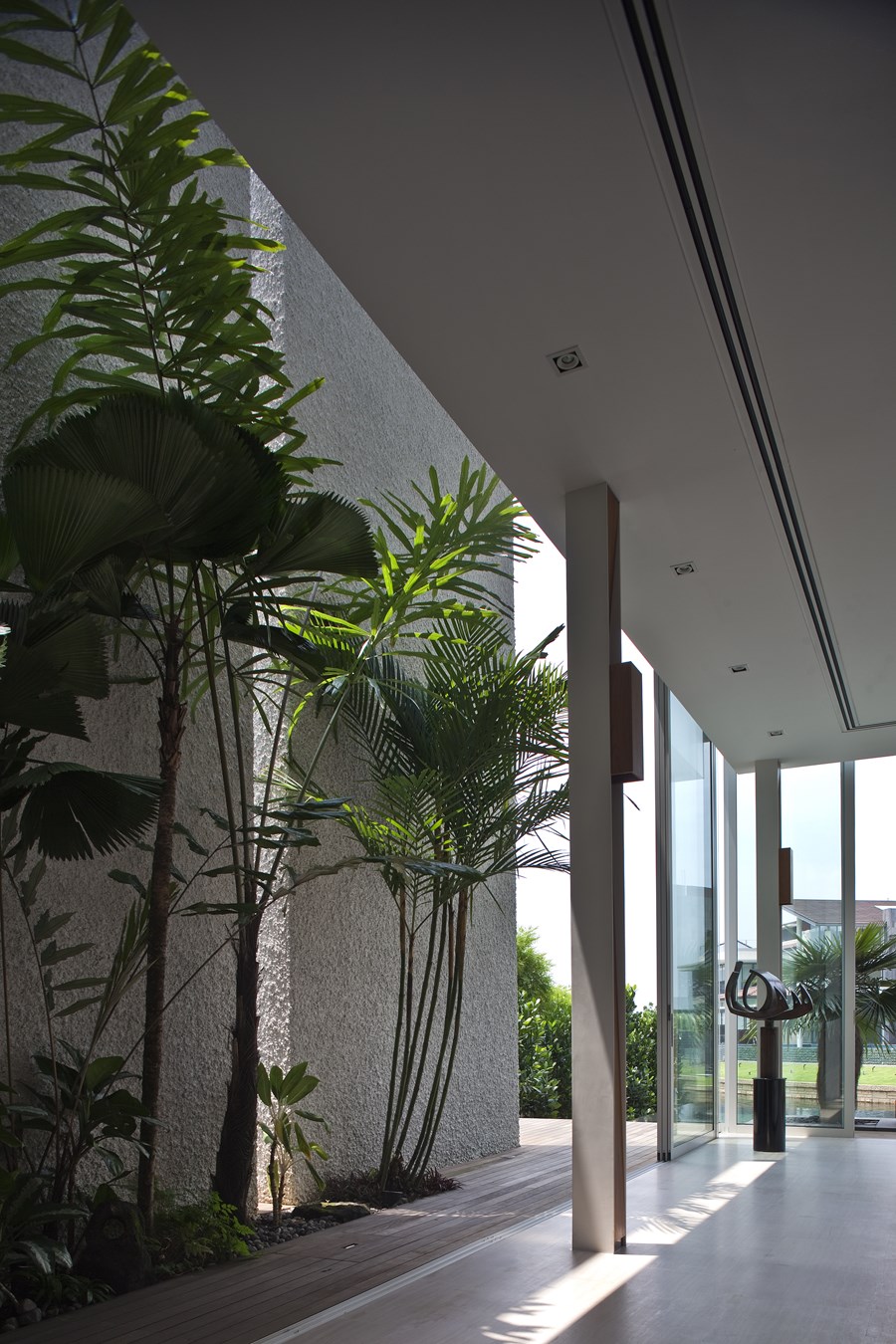 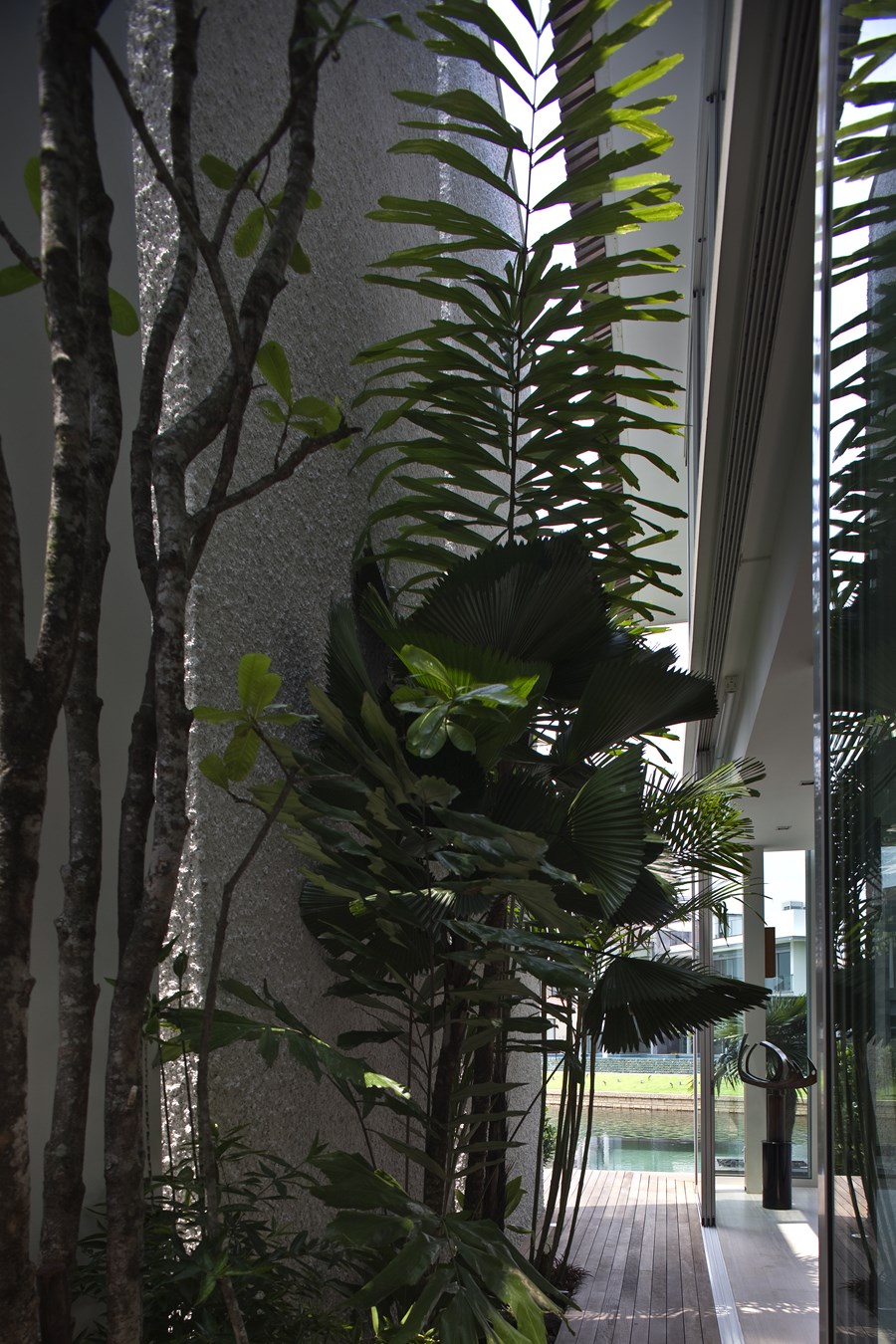 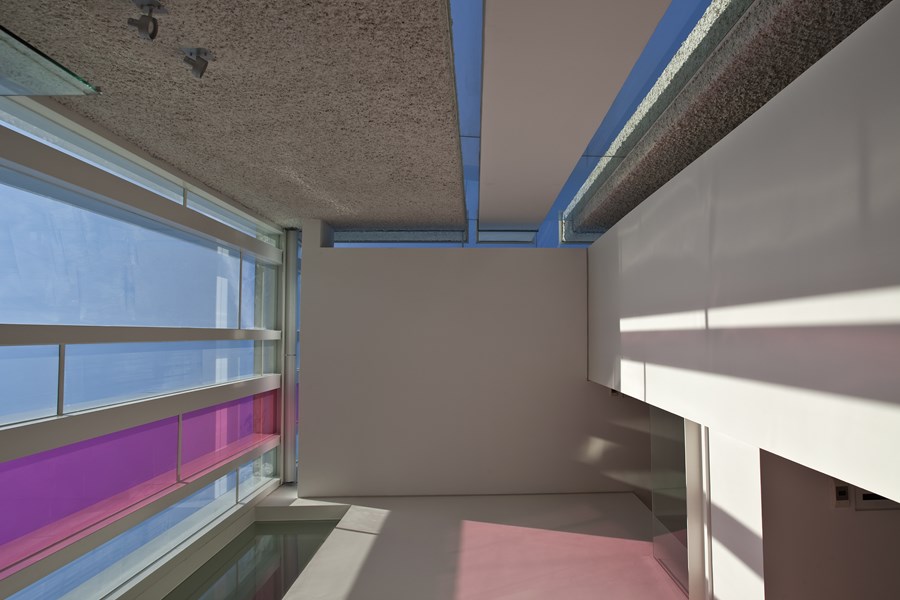 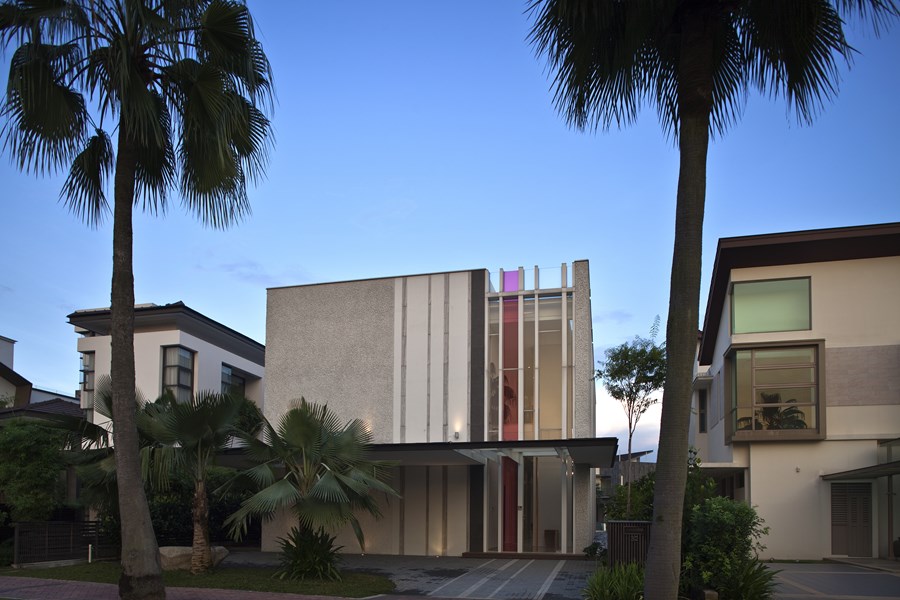 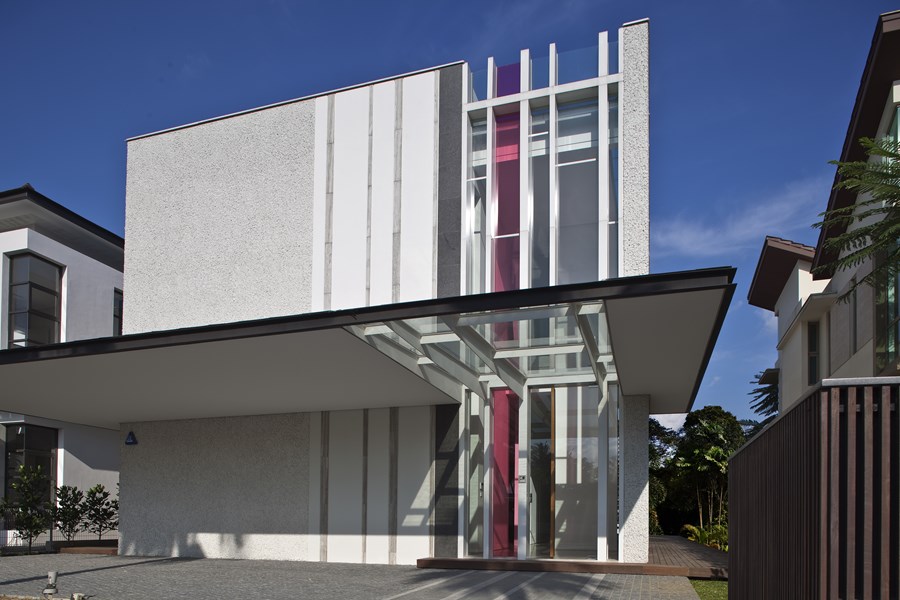 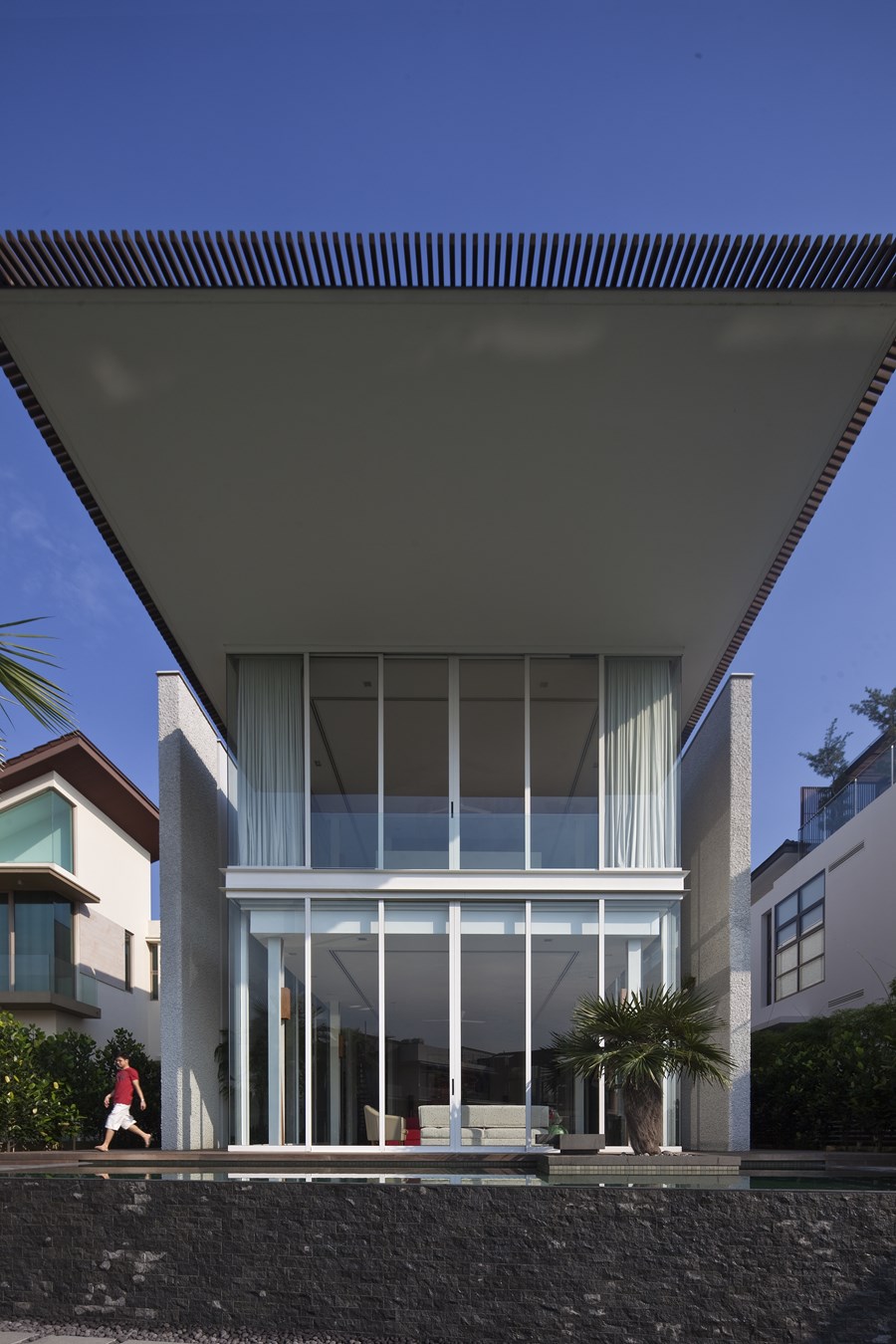 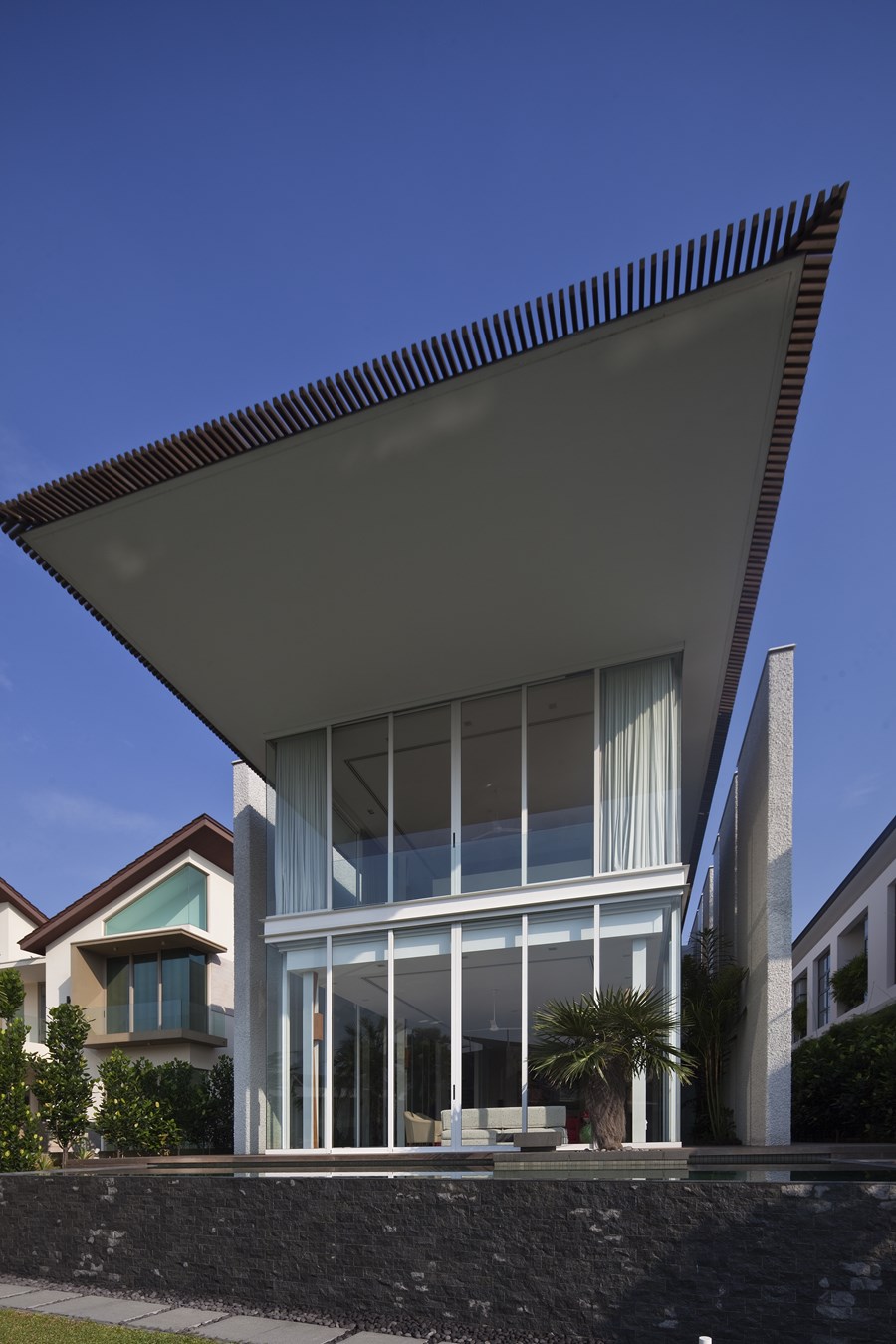 “Although the site was devoid of any development during the inception of the project, it was foreseen that the future built environment would be dense with neighbouring residences barely metres away on either side. The tropical sunlight falling on this resort island could also be harsh and intense but the proximity to the sea also blesses it with breezes that tend to channel through the waterways that are unique to the cove. Most properties along the waterway which also affords them best view, and the narrow rectangular project site was no different.
In response to the projected urban density and the site’s local environment, the home is designed with a thick, nine metre high wall that forms the entrance façade which wraps around to continue along the sides. Like the pulling back of a curtain to reveal the view, the walls terminate as it approaches the waterway where thereafter an inner enclosing structure of paneled glass continues, projecting toward a pool and garden. The massive, enveloping entrance and side walls are essentially a thermal and privacy filter. The wall occludes views from inquisitive neighbours but encourage the passage of breezes that find their way through the house rather than around it by deliberate vertical slotting dividing the enclosing wall into free-standing segments. The slotting also helps to filter natural light into the house and soften the impact of the harsh sunlight. The secondary glass paneled enclosure within but set away from the enveloping walls is designed to slide away so that the impression of width does not terminate at the glass line but are extended to the tall side walls. The impression of space however goes even further, for the slots in the walls reveal landscaping that extends beyond. The walls are parallel to but do not meet the eaves of the roof; a metre wide gap invites sunlight to wash down onto planting and greenery that thrive on either side of the wall blurring the distinction of an ‘inside’ ‘outside’ demarcation. Though a vertical surface, the rough plastered texturing of the wall catches light streaming in from the gap above and diffuses it into the living spaces. Perhaps the spatial experience is best described as akin to being held in the loving cradle of two cupped, open hands.”
Photographer: Albert Lim