Epique Island is a project designed by SAOTA, covers an area of 136 000m² with 75 villas, marina, boutique hotel, club house, private beach and is located in Bodrum, Turkey. 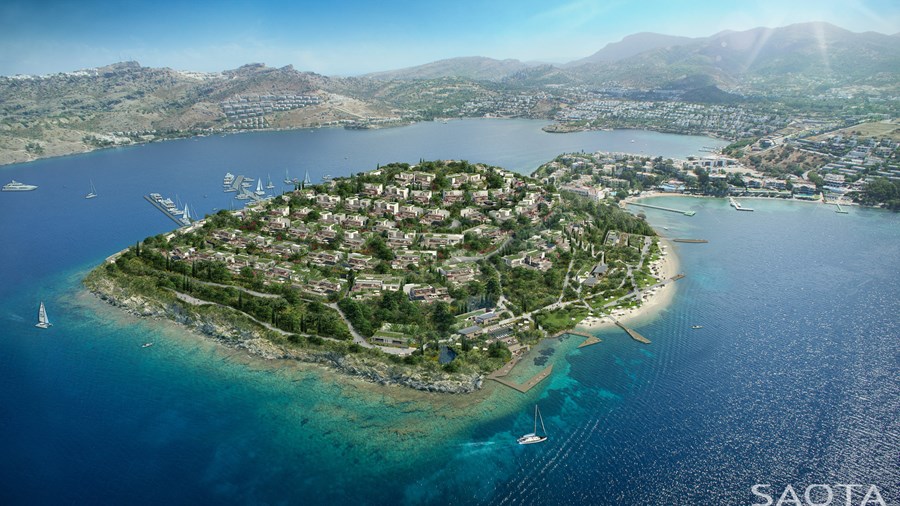 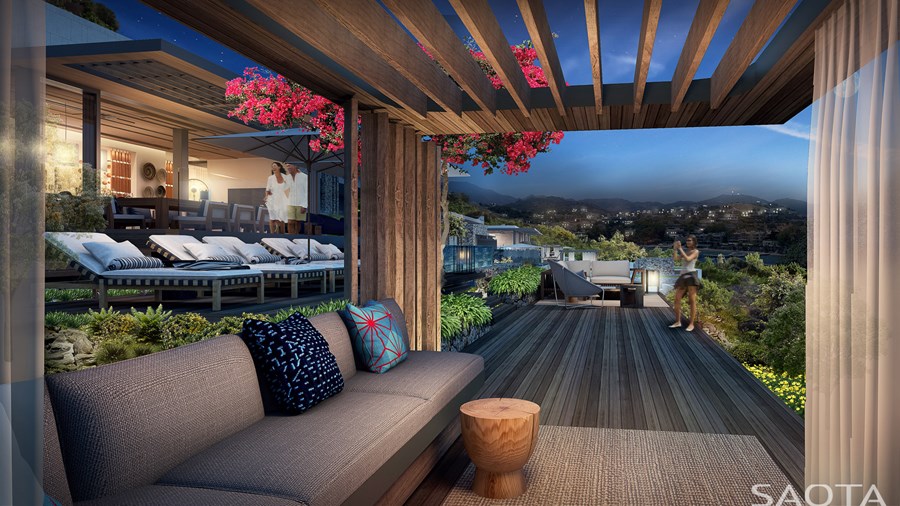 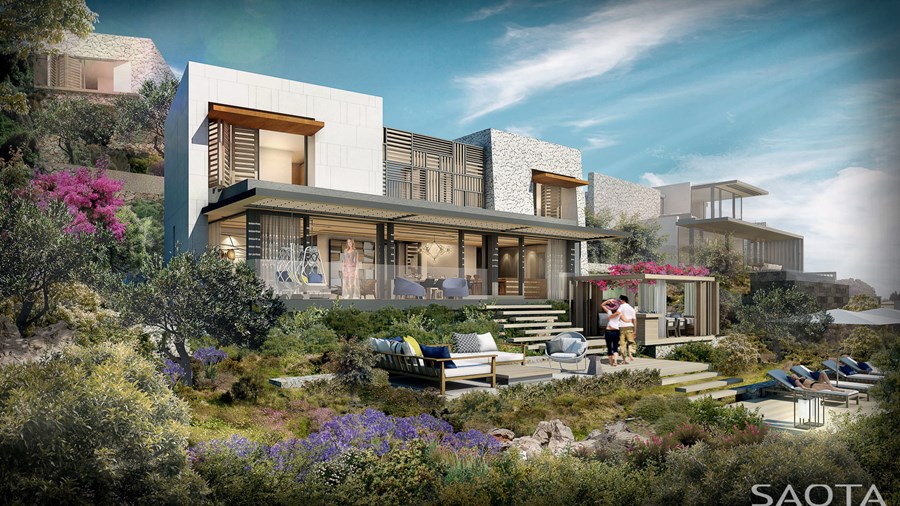 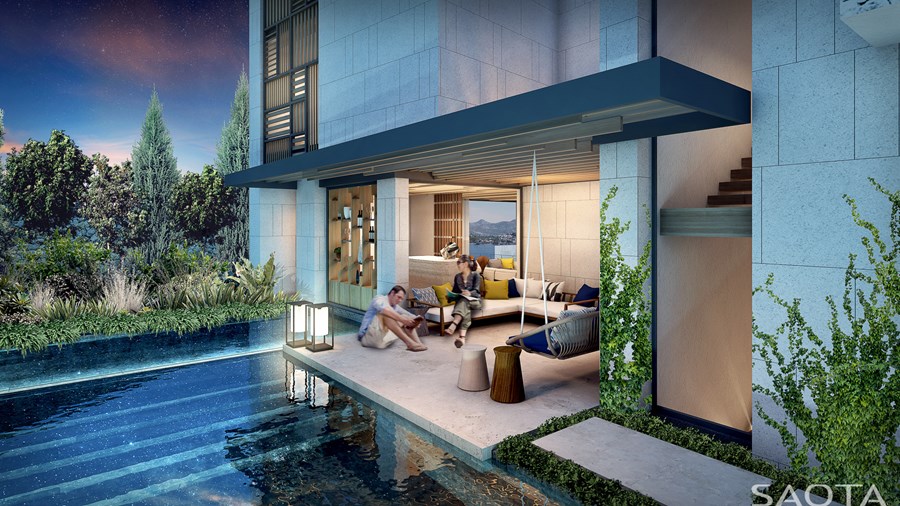 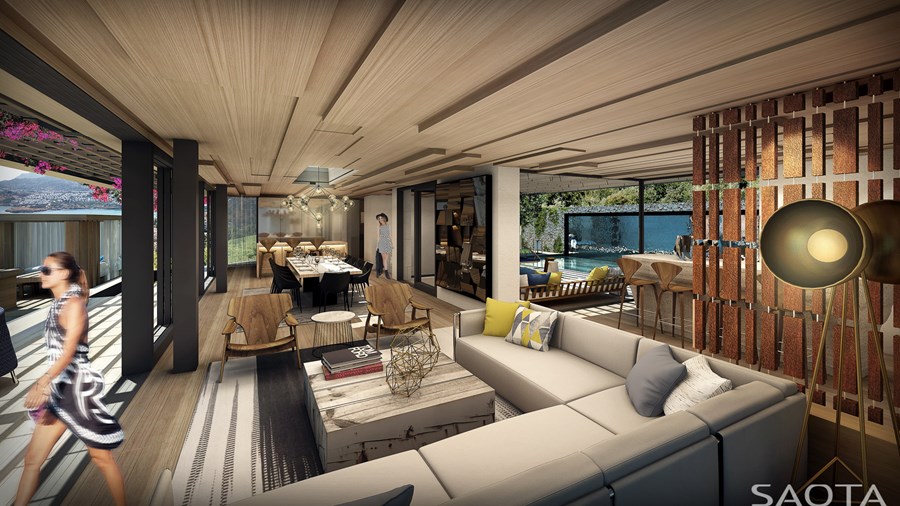 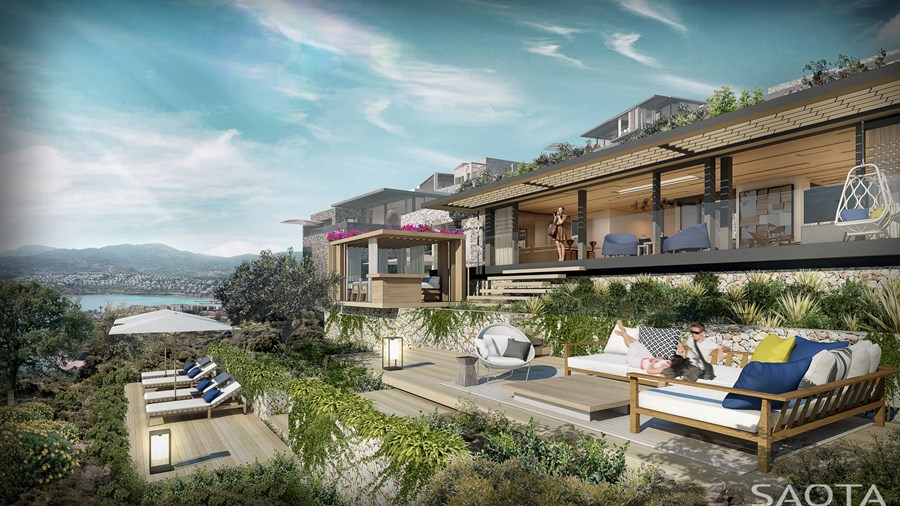 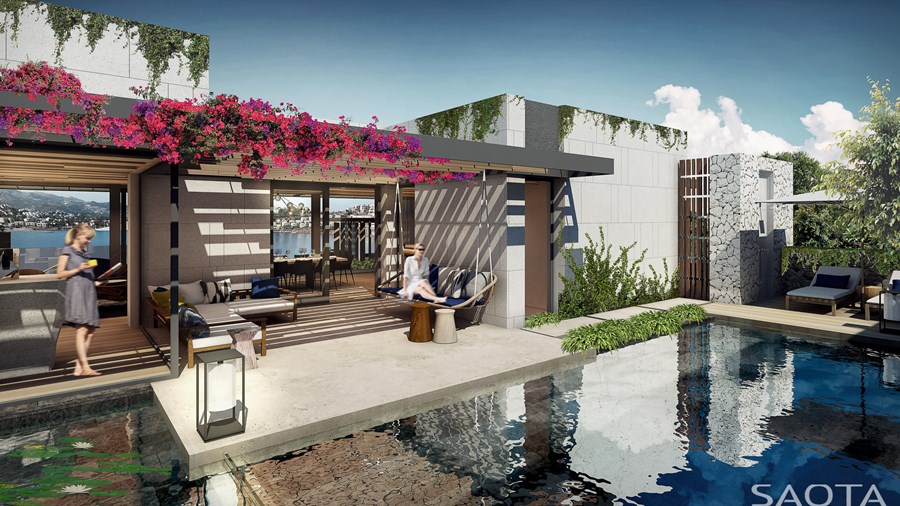 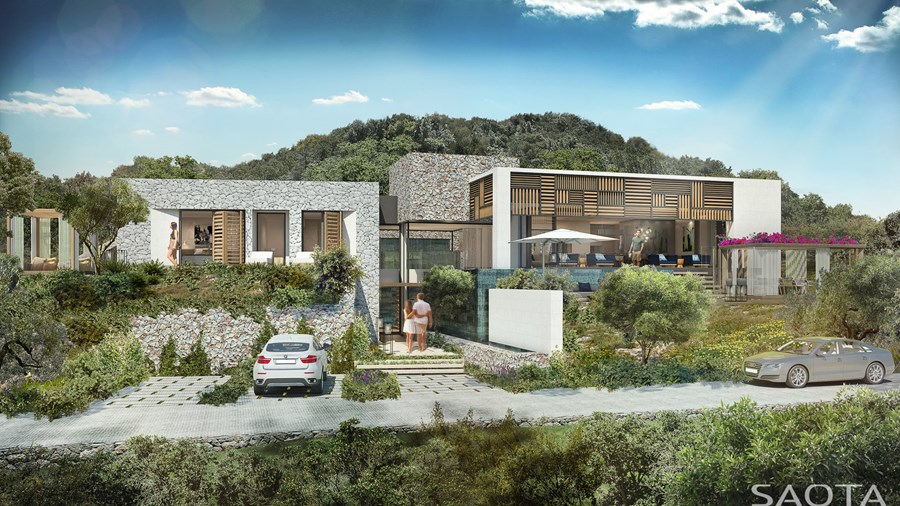 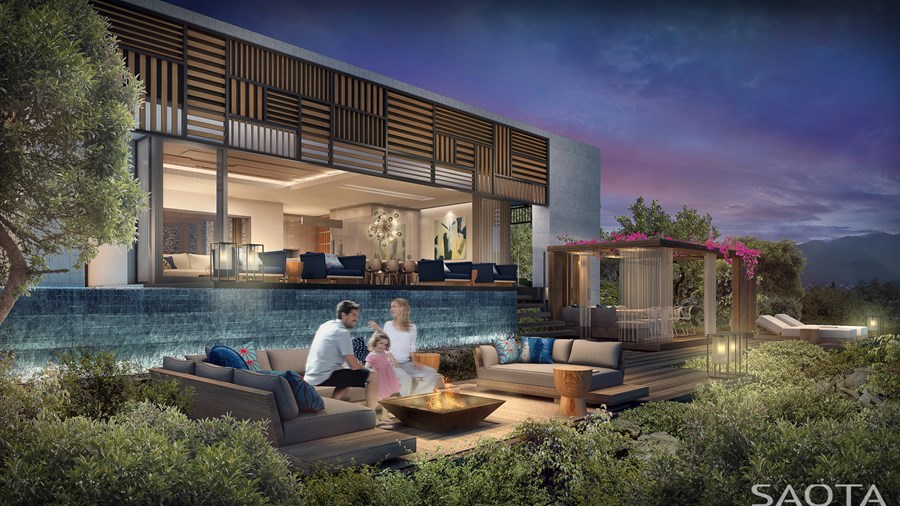 On Saturday, 23 August, the night sky over Bodrum exploded with a light show as the press embargo was lifted on Epique Island, a new development in Turkey, designed by South African architectural practice SOATA.
“This ‘island’, less than two hours from Istanbul, is a jewel on the Turkish coastline; it epitomizes the beautiful and serene character that has made Yalikavak and Bodrum such a wonderful home or destination,” said Philip Olmesdahl, team leader and director of Cape Town-based SAOTA, at the launch. “I’ve had the pleasure to work in far reaches of the world – yet never on such a phenomenal property as this.”
Construction has already started on Epique Island, a 75-villa residential estate located on the 2.6-hectare peninsula jutting into the Aegean Sea. Villas enjoy exclusive use of a large private beach with various associated amenities, including a beach bar, ample ablution facilities, and a clubhouse with a lap pool and restaurant. There is a kids’ club offering daycare facilities for younger children, as well as a games room and secure lounge space for teenagers and young adults. The estate also includes a boutique hotel and a 250-berth marina.
The brief from the client was to develop a residential estate that was timeless and luxurious, with a strong connection to the natural landscape. “Erdal and Batu Aksoy had a unique vision for the property,” says Olmesdahl. “In these times of globalization, and the dominance of international styles and trends, the objectives of our client described an environment balancing beautiful design with the regional flare that we feel creates a more rich character. Focus was constantly returned to lifestyle, and the creation of homes that rejuvenated the owners – where the landscape and architecture met, where casual living and sophisticated environments merged, and above all where homes could be created in tune with the exceptional, ever changing character of the landscape.”
The region is a noteworthy summer destination, and the villas have been designed to respond to this. The architectural language is contemporary; the feeling one of “barefoot” luxury. Villa designs reflect 10 variations of three types – each with a strong focus on achieving a panoramic view for the generous open-plan living space, and providing ample outdoor living areas to enjoy the Bodrum summer.
Sustainability was an important consideration. The villas rely on passive design measures to reduce reliance on mechanical systems. Generous opening doors and windows promote cross ventilation. Primary living rooms are well shaded with generous overhands creating “outdoor rooms”. Natural light abundantly lights interiors, reducing use of artificial illumination. Courtyard spaces will be created off the villas, allowing all-season spaces where owners can take part in comfortable outdoor living. Buildings are executed to highest standards of insulation.
Local materials were relied on to contribute to the sense of place and enhance the sustainability objectives. For example, rock excavated from the site will be used for exterior and interior wall facing. This contributes to the sense that the development is part of the site rather than something forced upon the landscape.
Electrical and mechanical systems are contemplated to reduce electrical demand, for both heating and cooling. Hydro warmed floors will be used, and in-ceiling concealed air conditioning will moderate indoor temperature as required. Water heating would be via heat pump systems and again limit electrical demand. The villas will include state of the art control systems to mitigate energy wastage and compliment the lifestyle of the residents.
Site-planning has focused on minimising impact on the environment. Existing vegetation has been surveyed and whilst only prevalent on a limited area of the island, has been taken into account in the design. Where possible mature trees have been retained; where not, they will be re-planted on the upper slopes.
Excavation on the island has been carefully planned to limit the amount of soil and rock removed from the site, and substantial rock will be re-used to clad the villas. Roads have, in various instances, been set back below tunnels to limit the intrusion in the landscape. The remaining, visible roads would be smaller lanes, with localised parking areas. Proposed landscaping of the island will be integral to the design, and will create a natural, well vegetated environment for Flora and Fauna on the island. The inclusion of principal electrical and mechanical fixtures for provisions to the villas will be placed to create efficiencies with regard to operational costs, and have limited visual impact by being partially buried.
Epique Island is the third Turkish project SAOTA has been involved in in the last two years. Batu Aksoy, CEO of Aksoy Holdings, explained that SAOTA had been chosen for the respect the South African architectural design firm accords the environment and the innovative design solutions for which they are known throughout the world. He unveiled the project at the launch, concluding, “We are delighted to announce the Epique Island project which we believe will contribute significantly to Turkish tourism.”