Komai is a project designed by Robert M. Gurney, FAIA Architect, a small, triangular corner lot in the Del Ray neighborhood of Alexandria, Virginia, was largely considered too small to accommodate a new house. For years, this lot mostly served the neighborhood as a dog walking park. Zoning setbacks, and a height limit consistent with the adjacent primarily one story bungalows, craftsman style houses and small colonials, reduced the buildable footprint and building envelope significantly. In addition, two off-street parking spaces were required. Developers struggled to provide a house that was both similar in style to neighboring houses and would fit onto the lot. 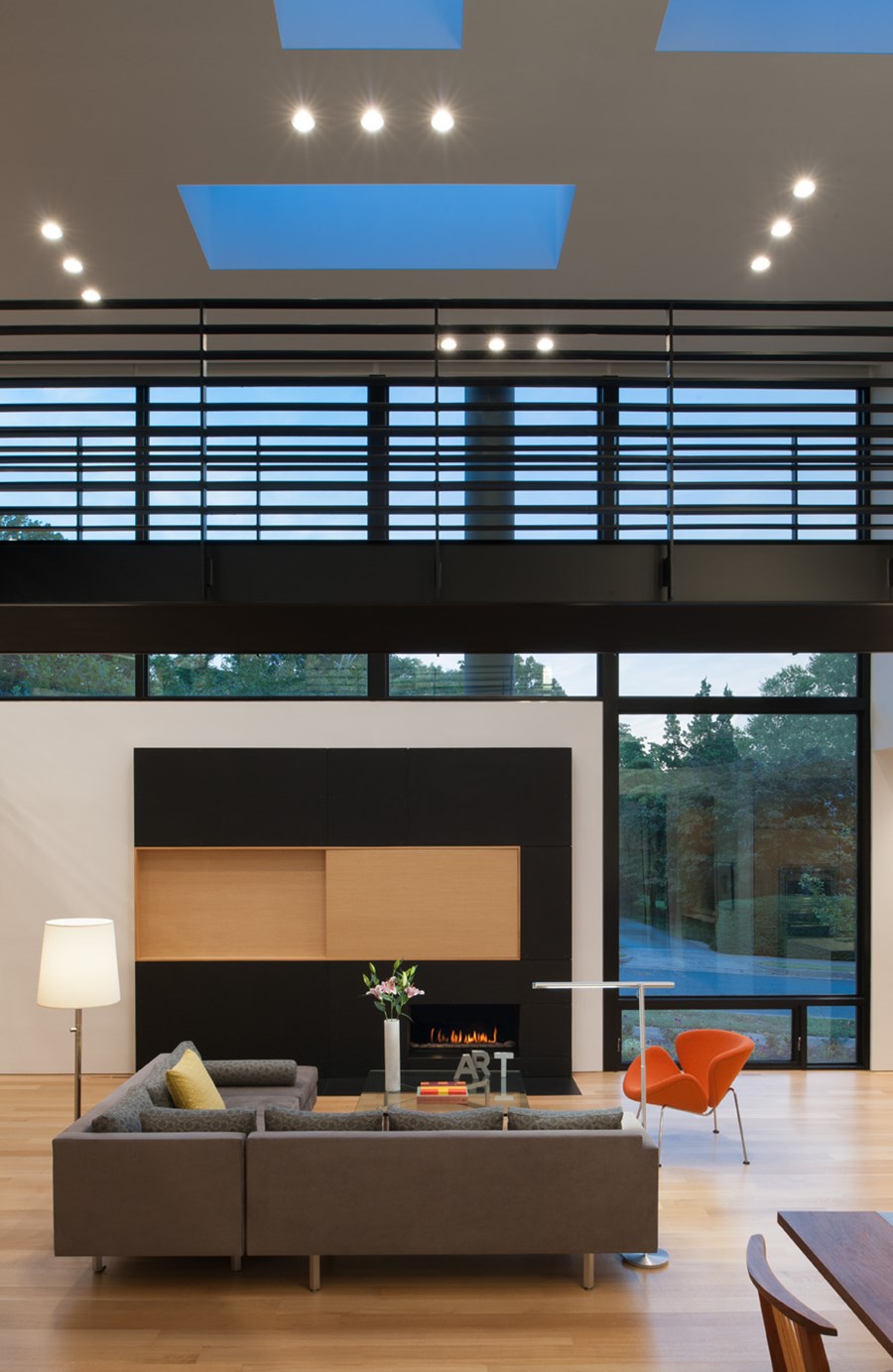 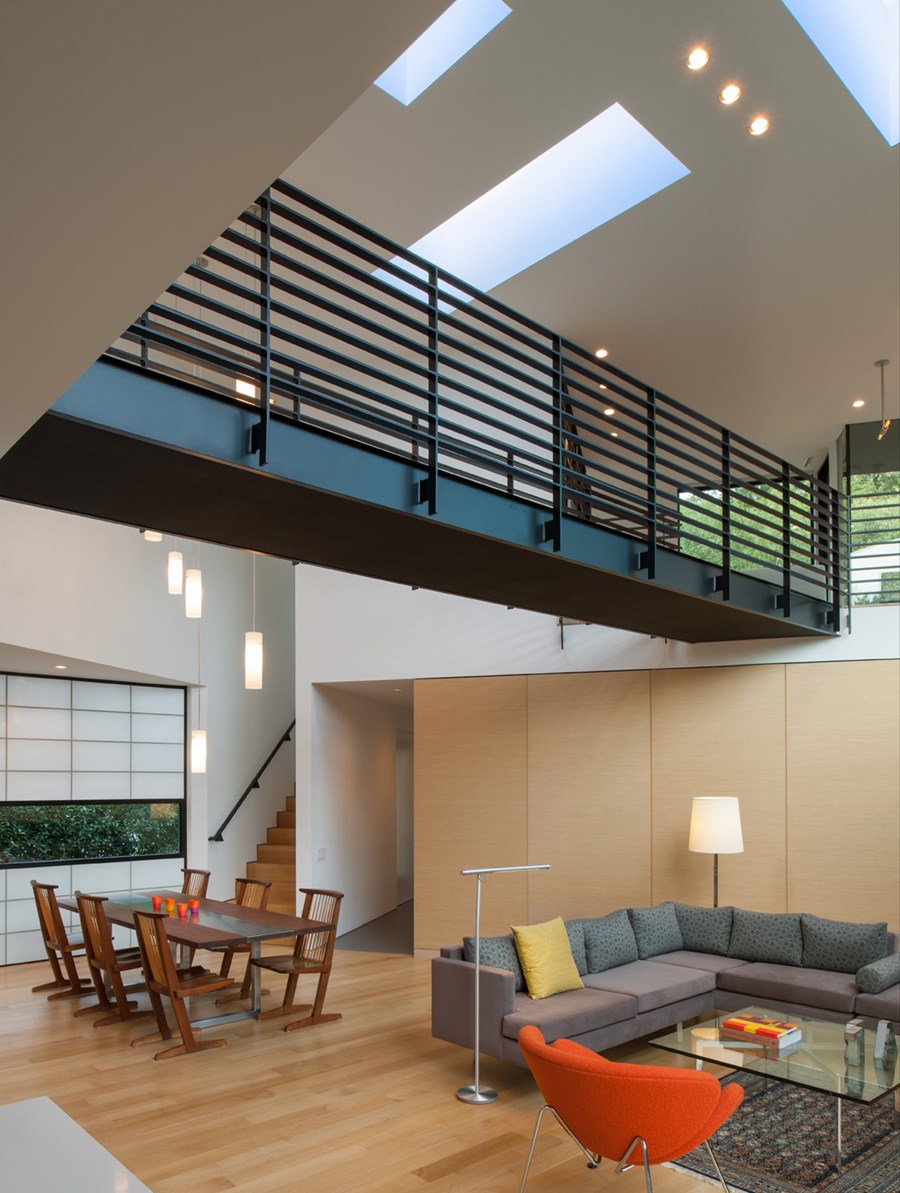 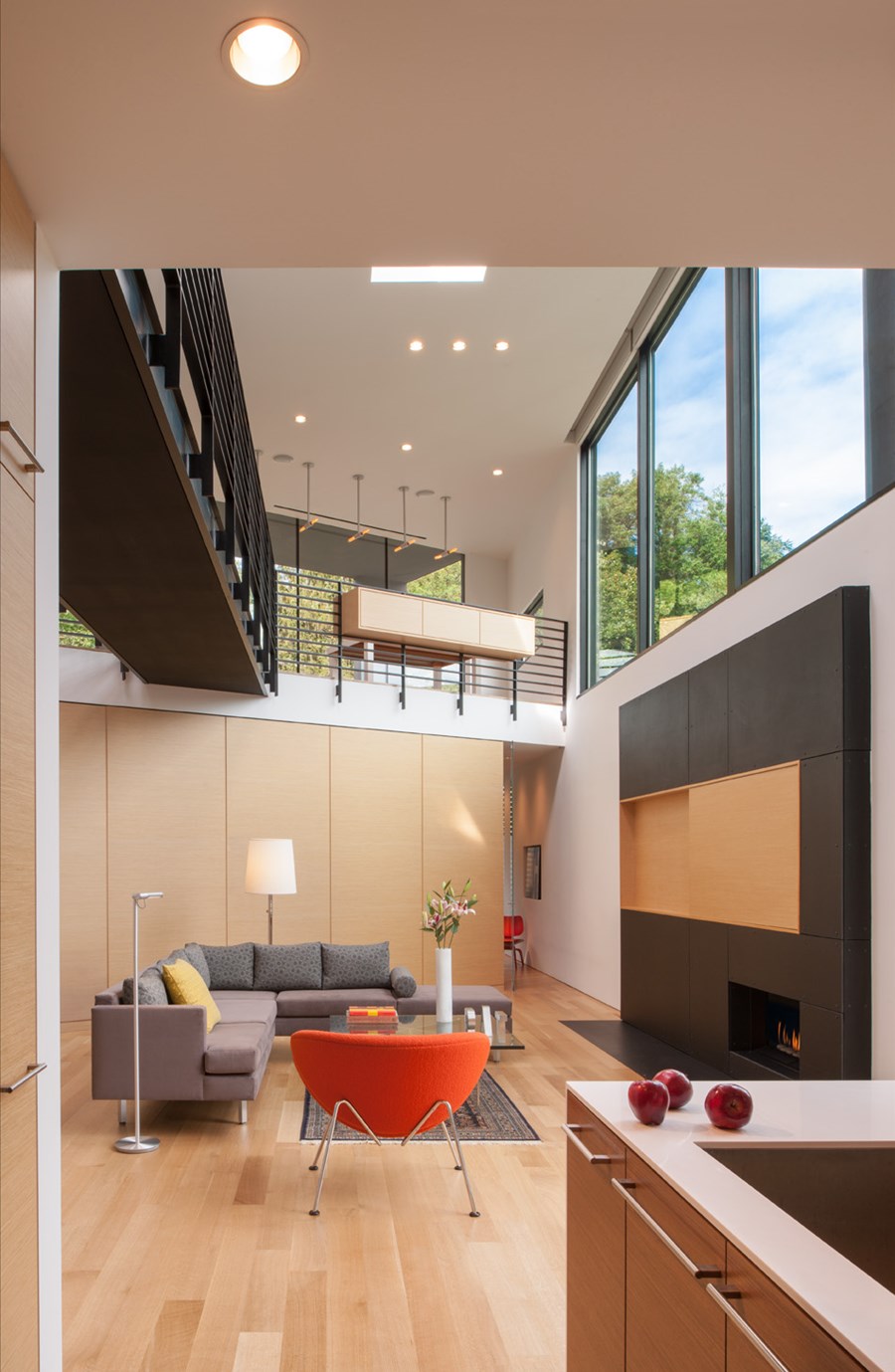 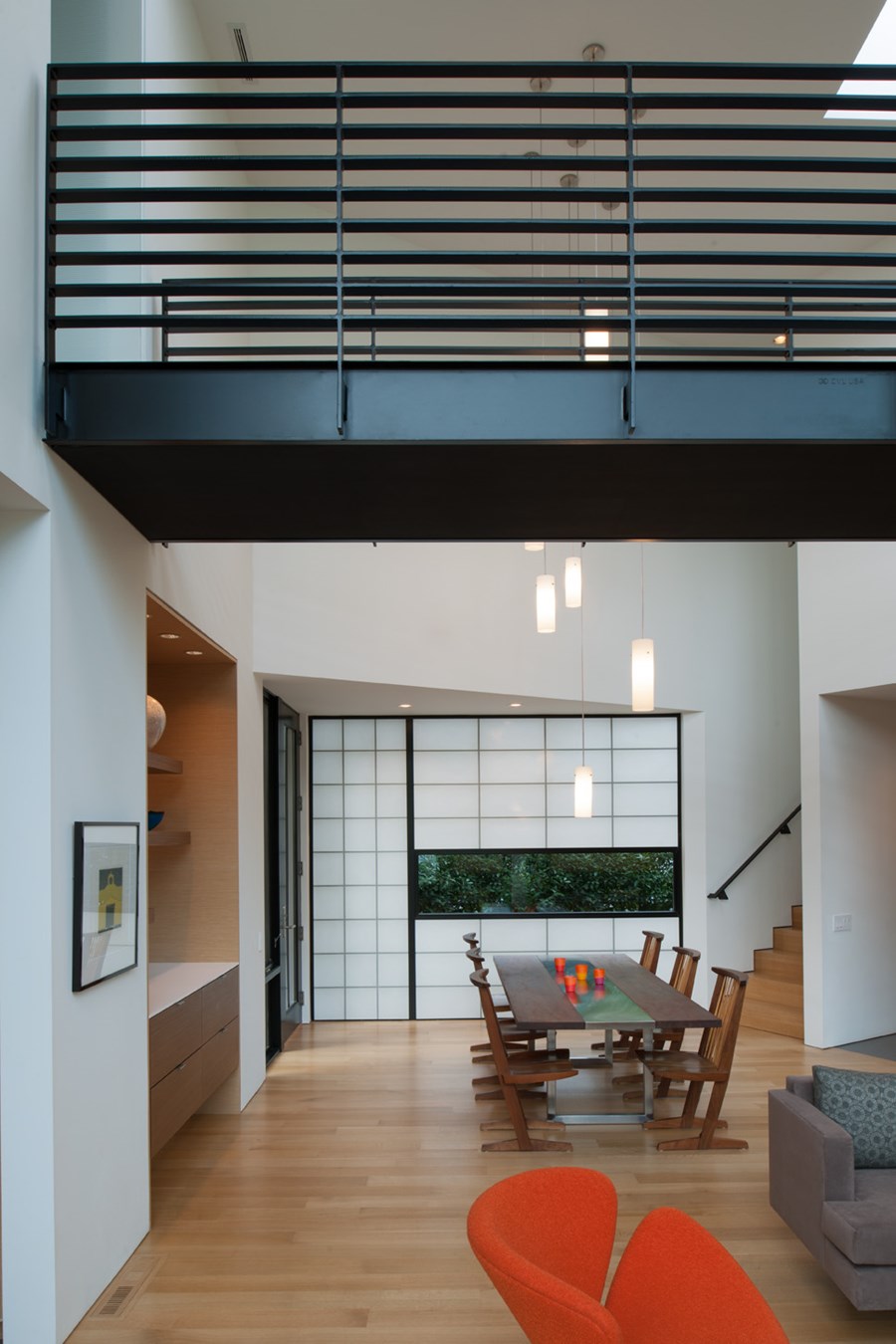 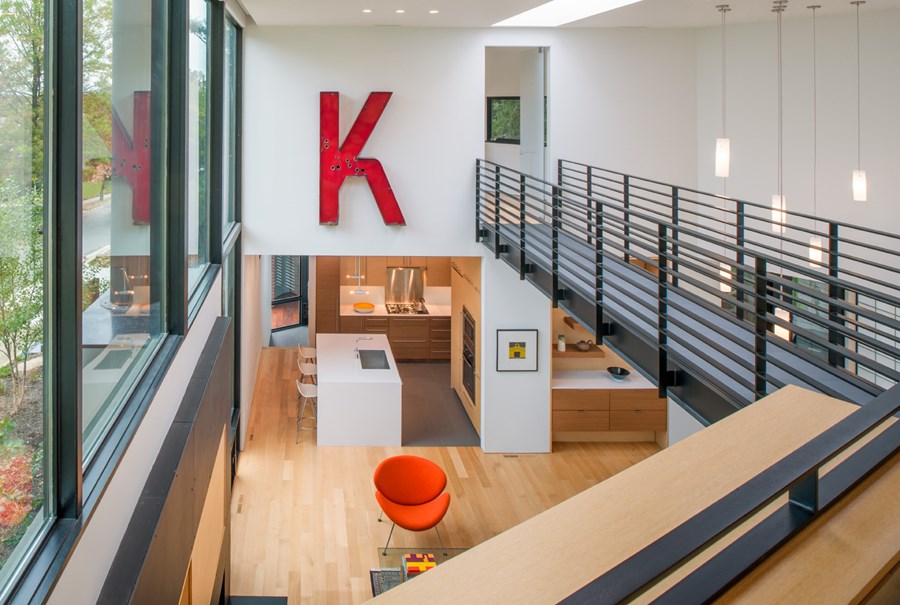 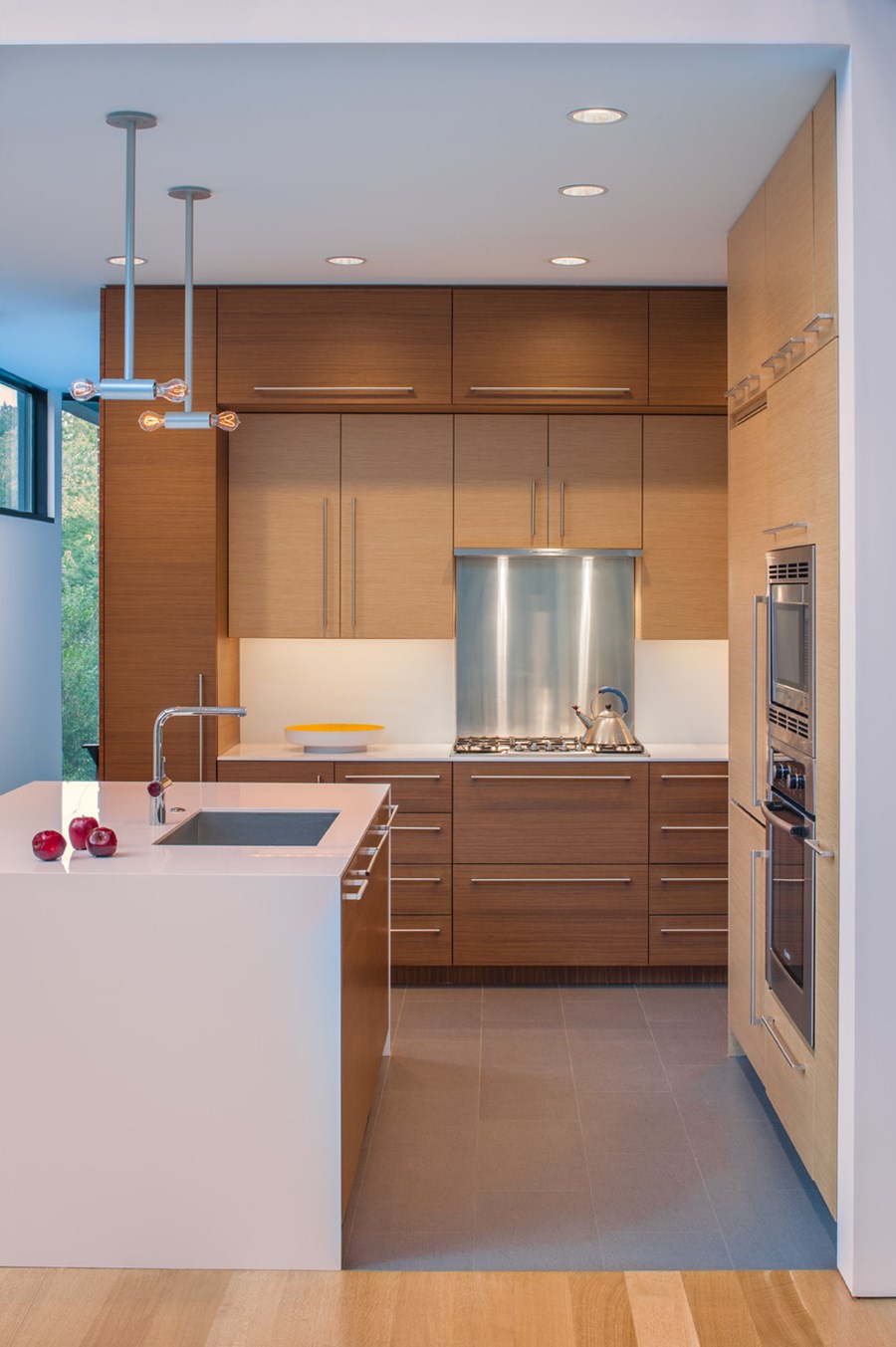 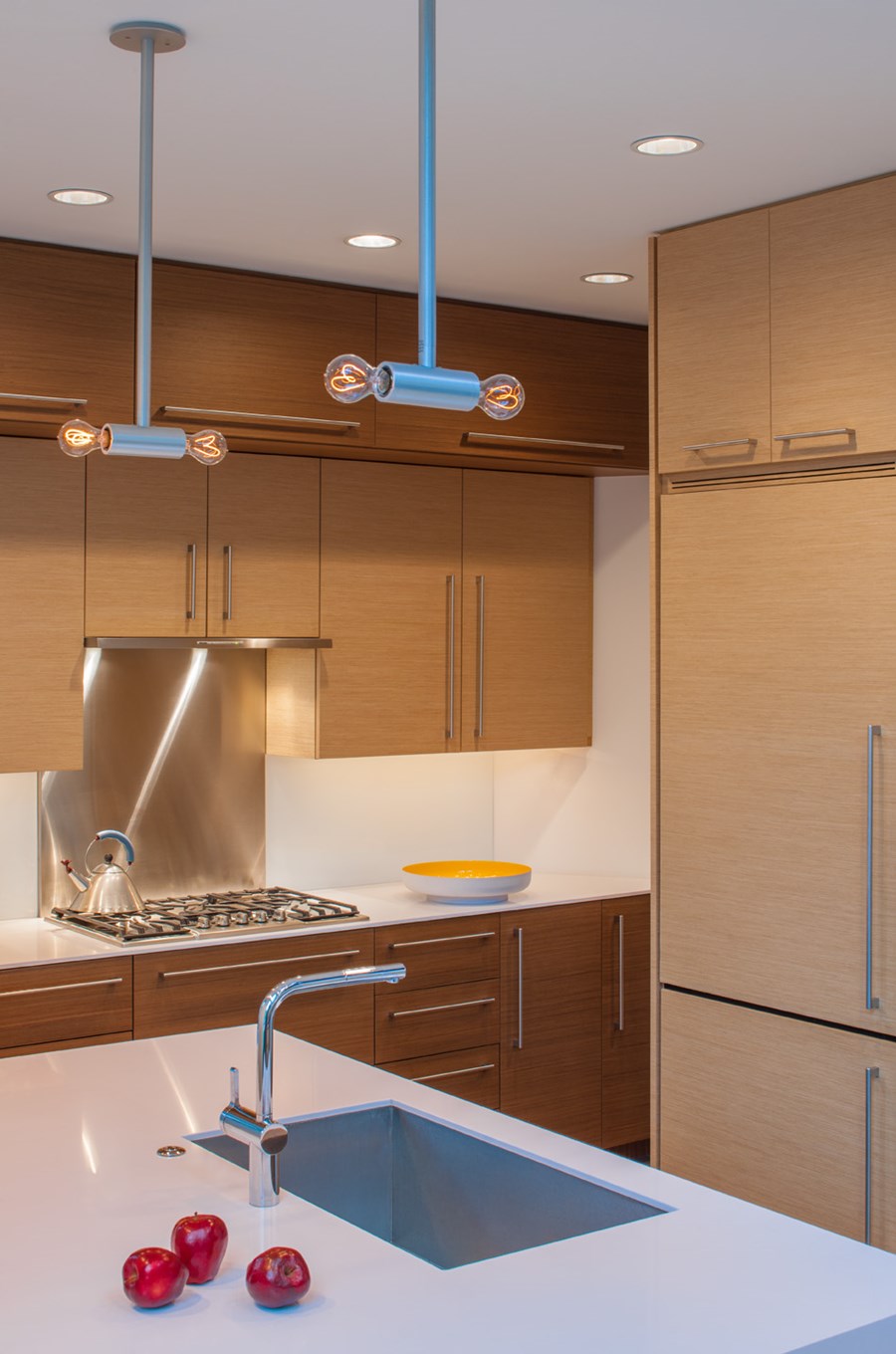 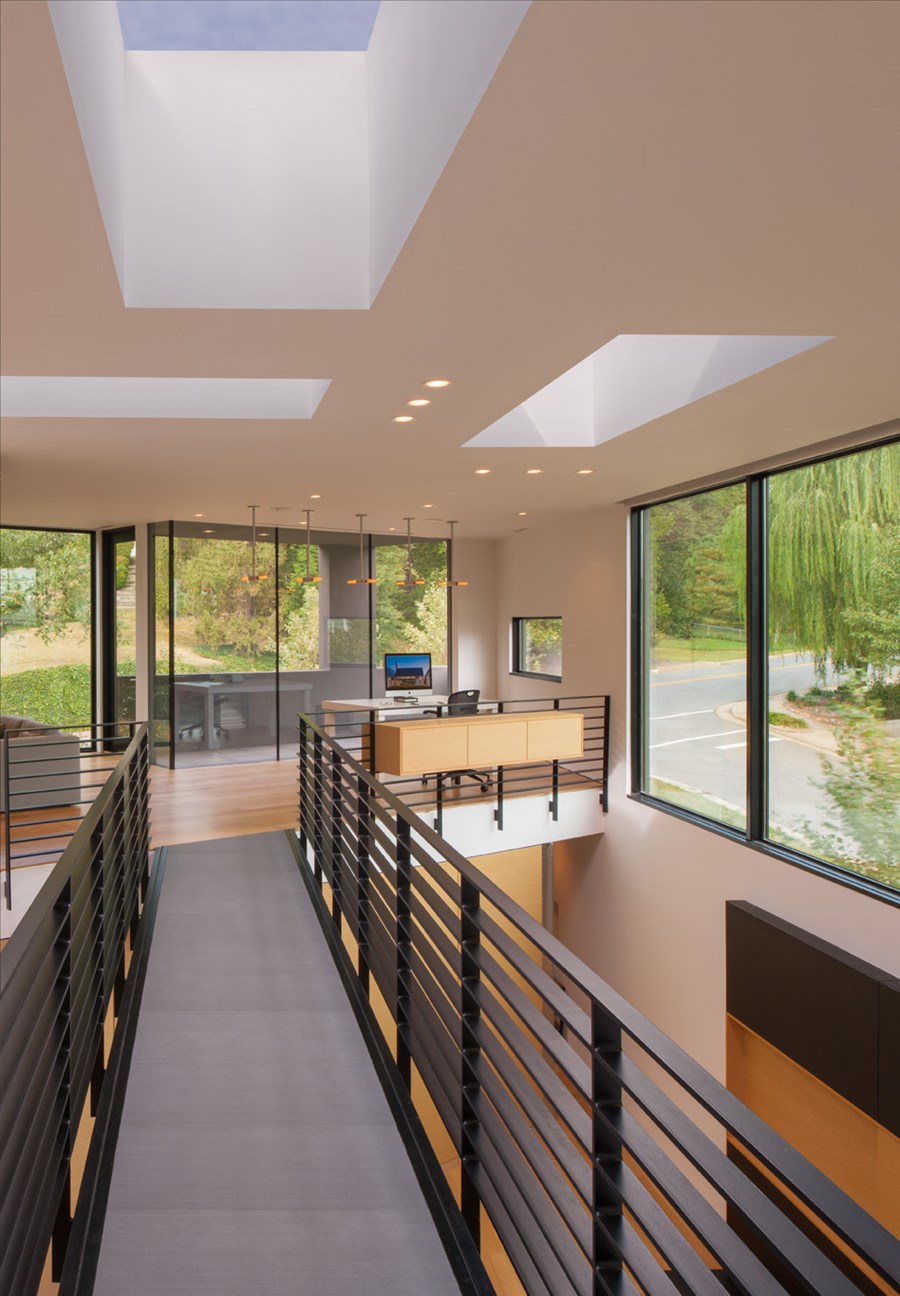 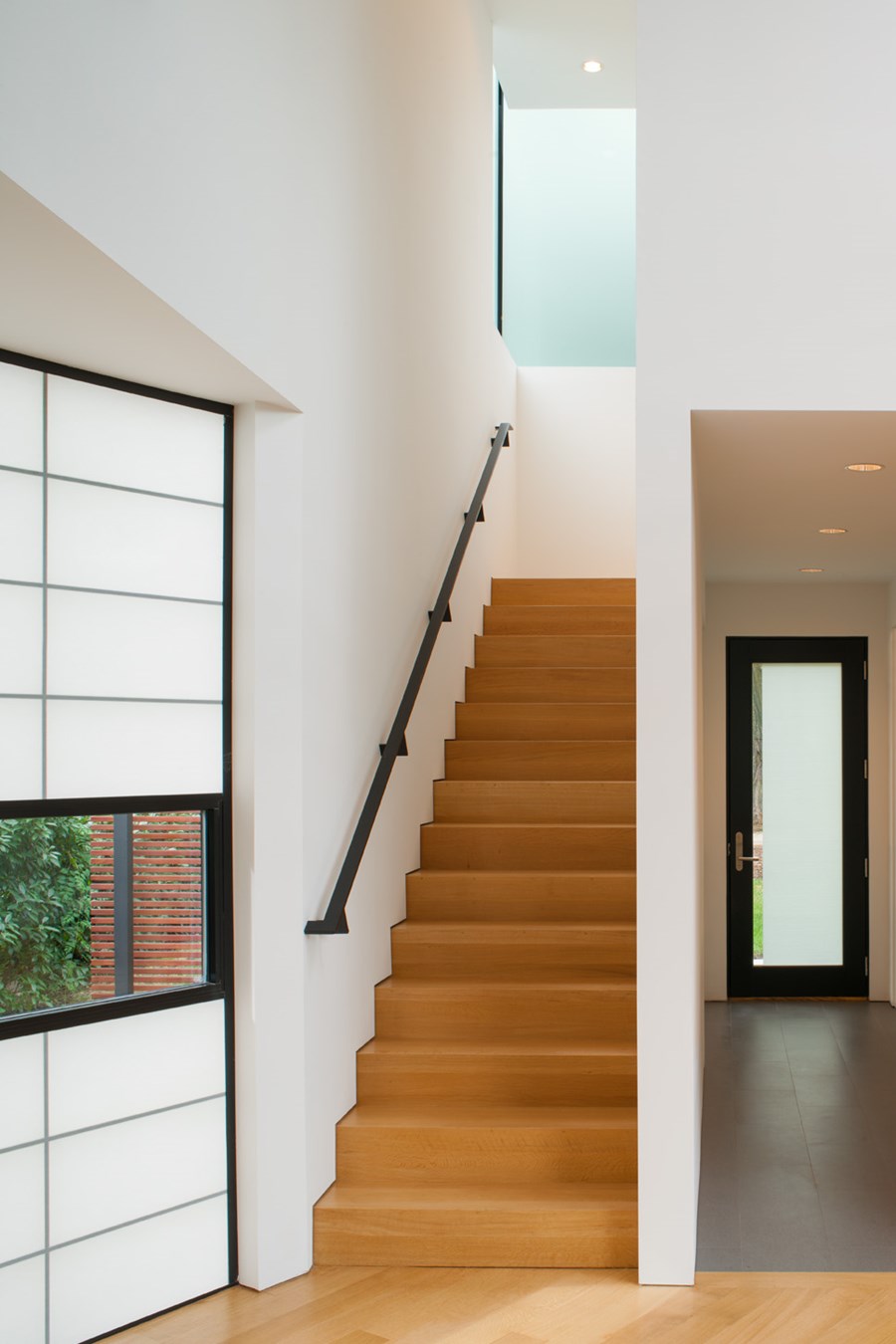 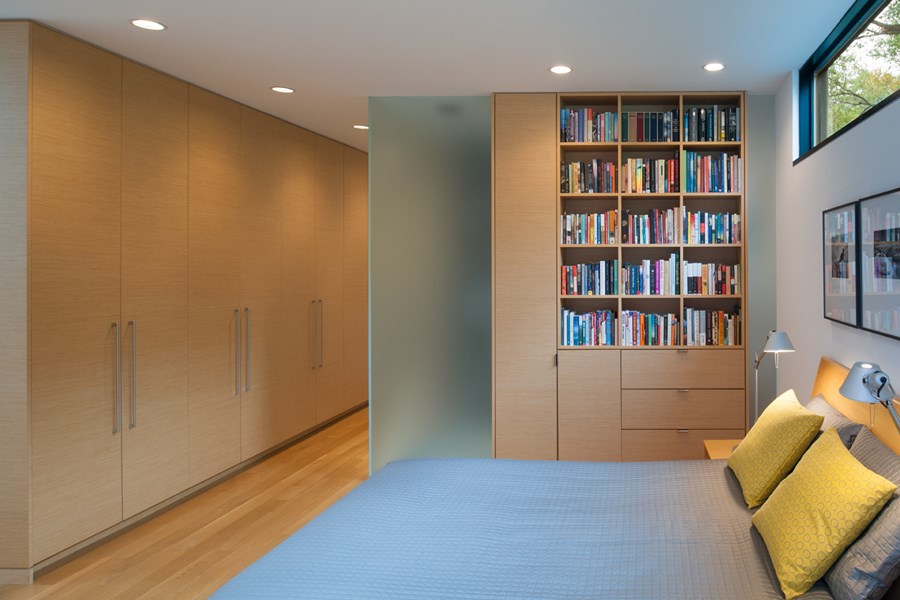 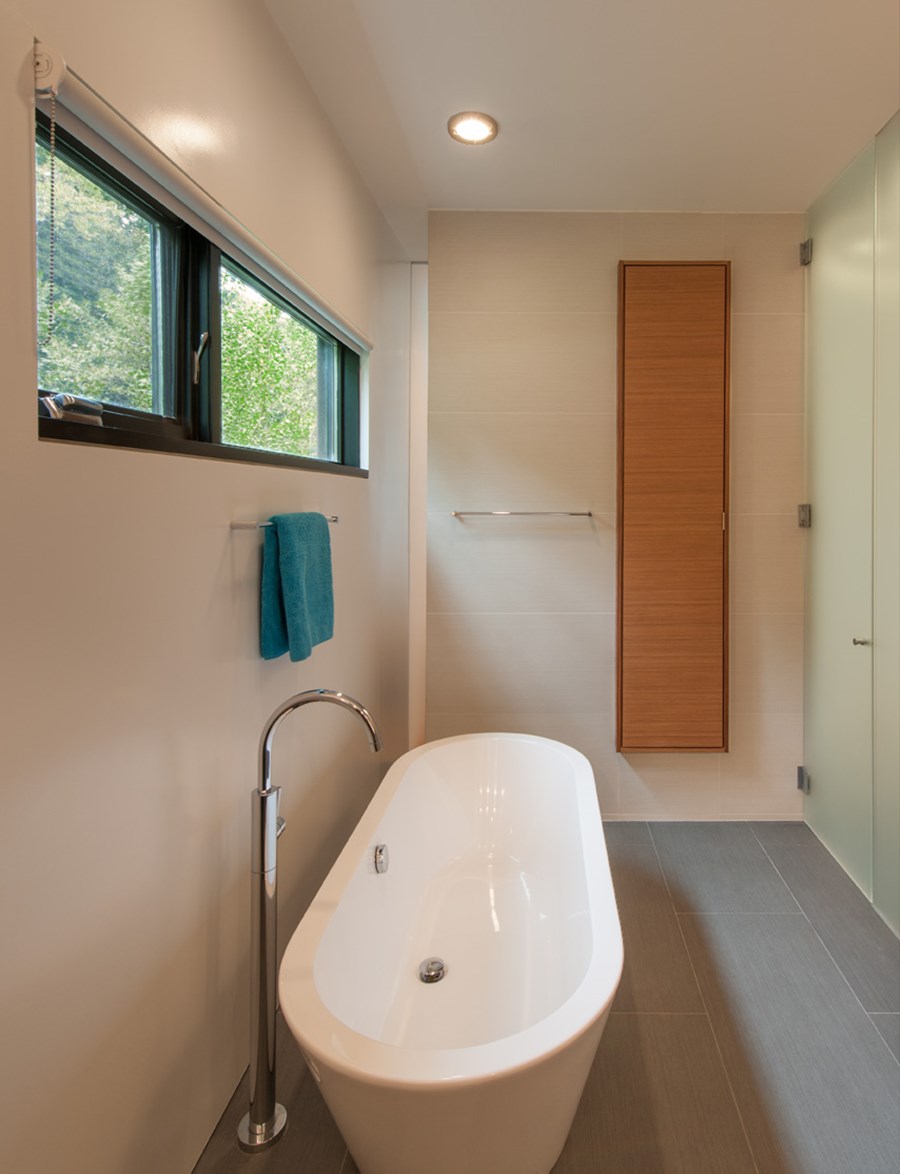 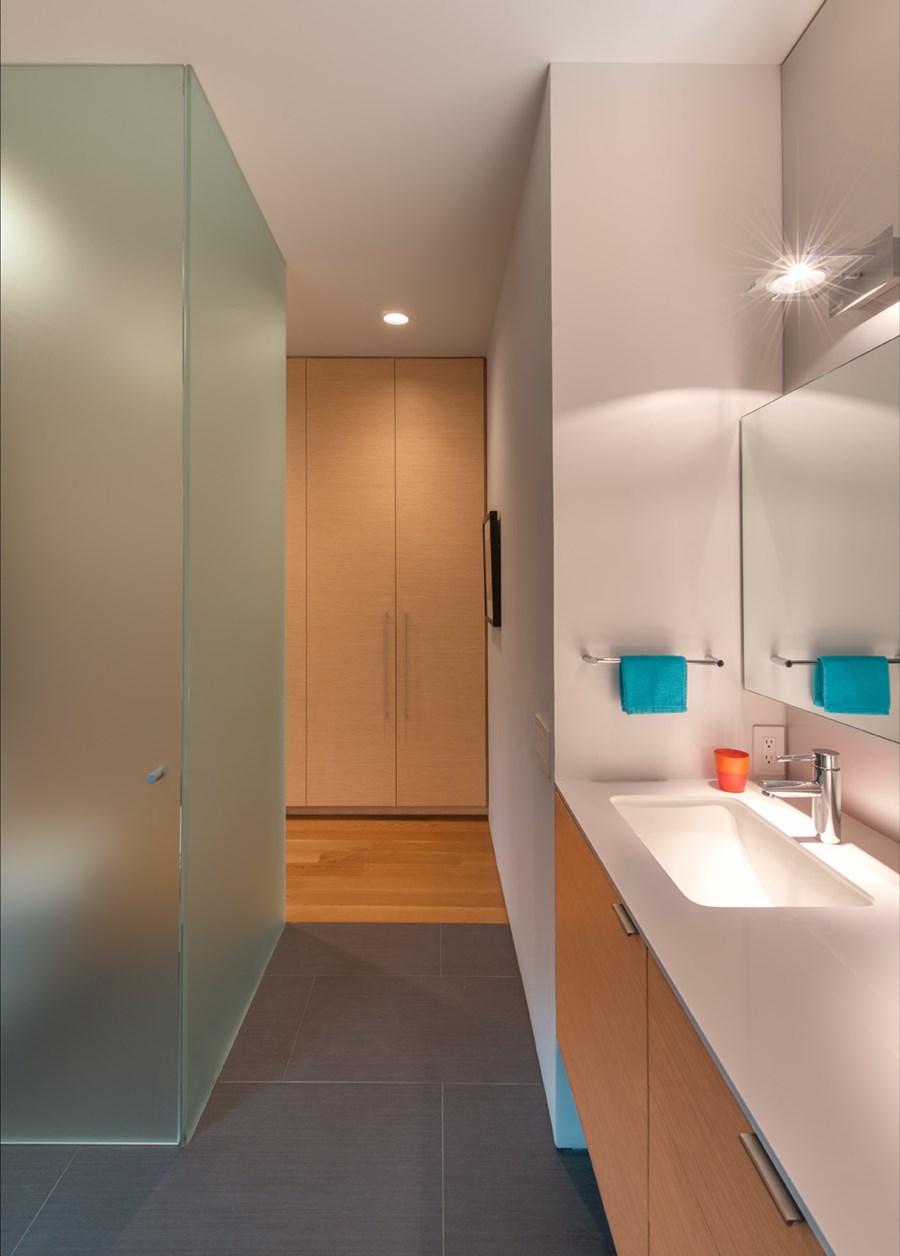 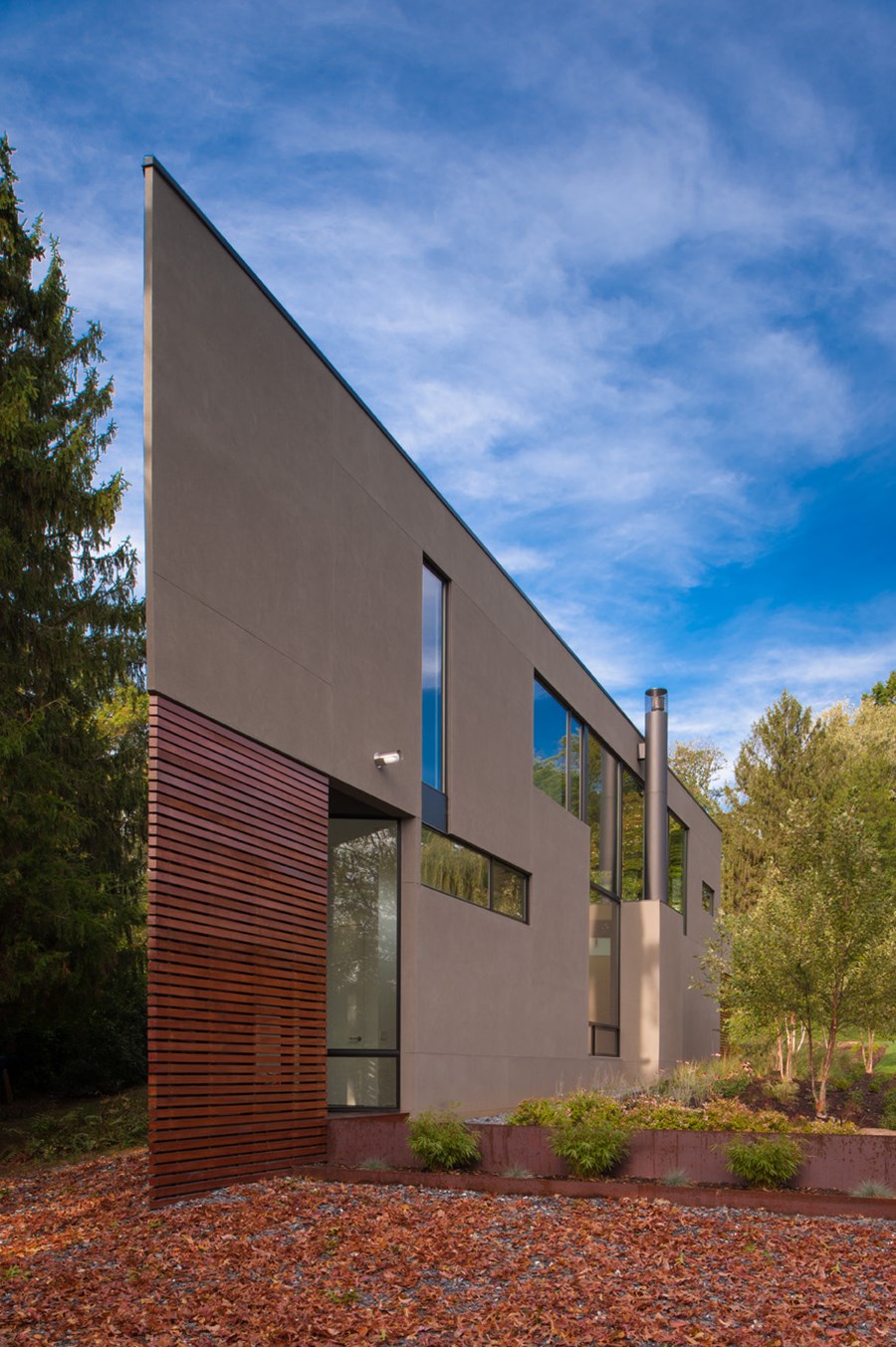 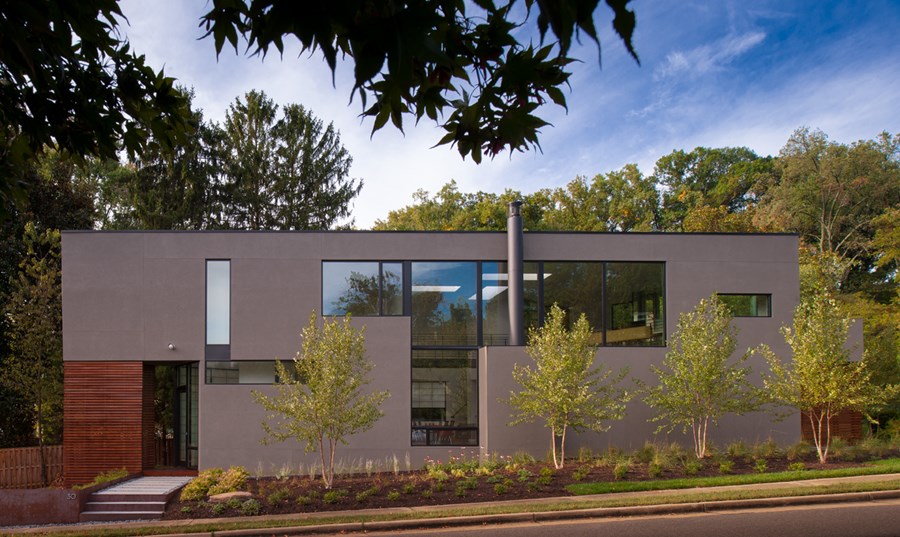 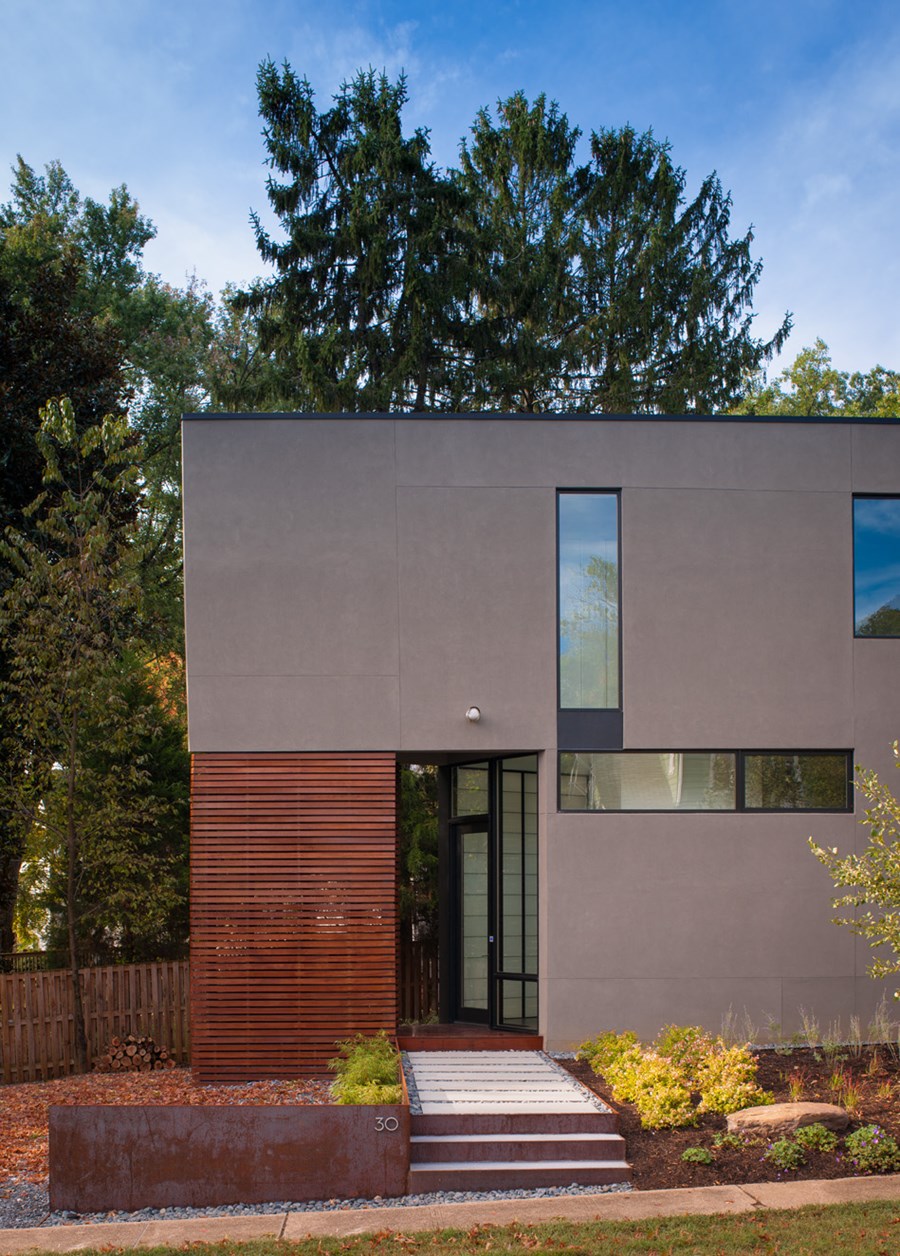 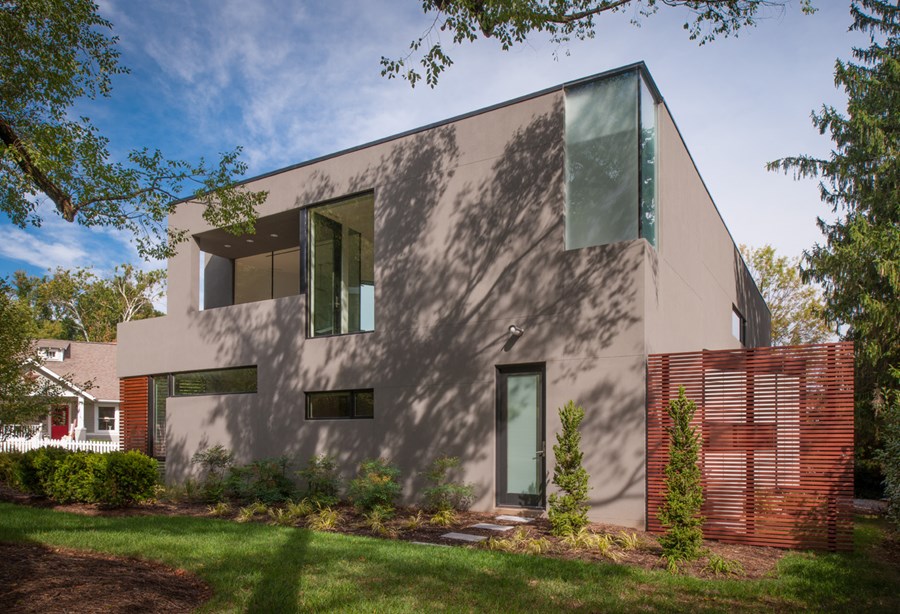 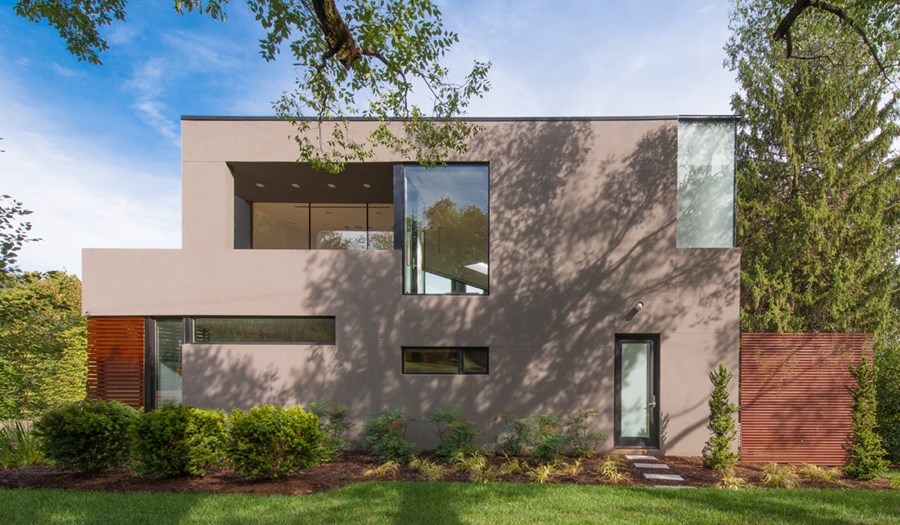 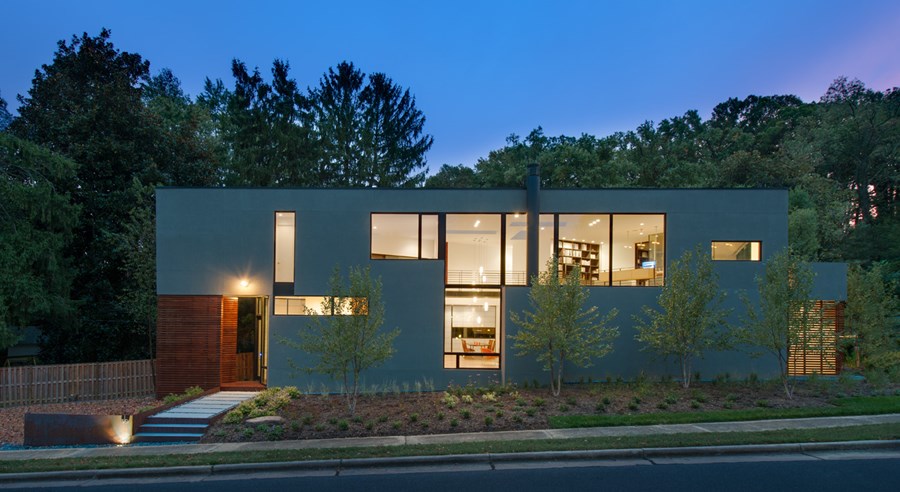 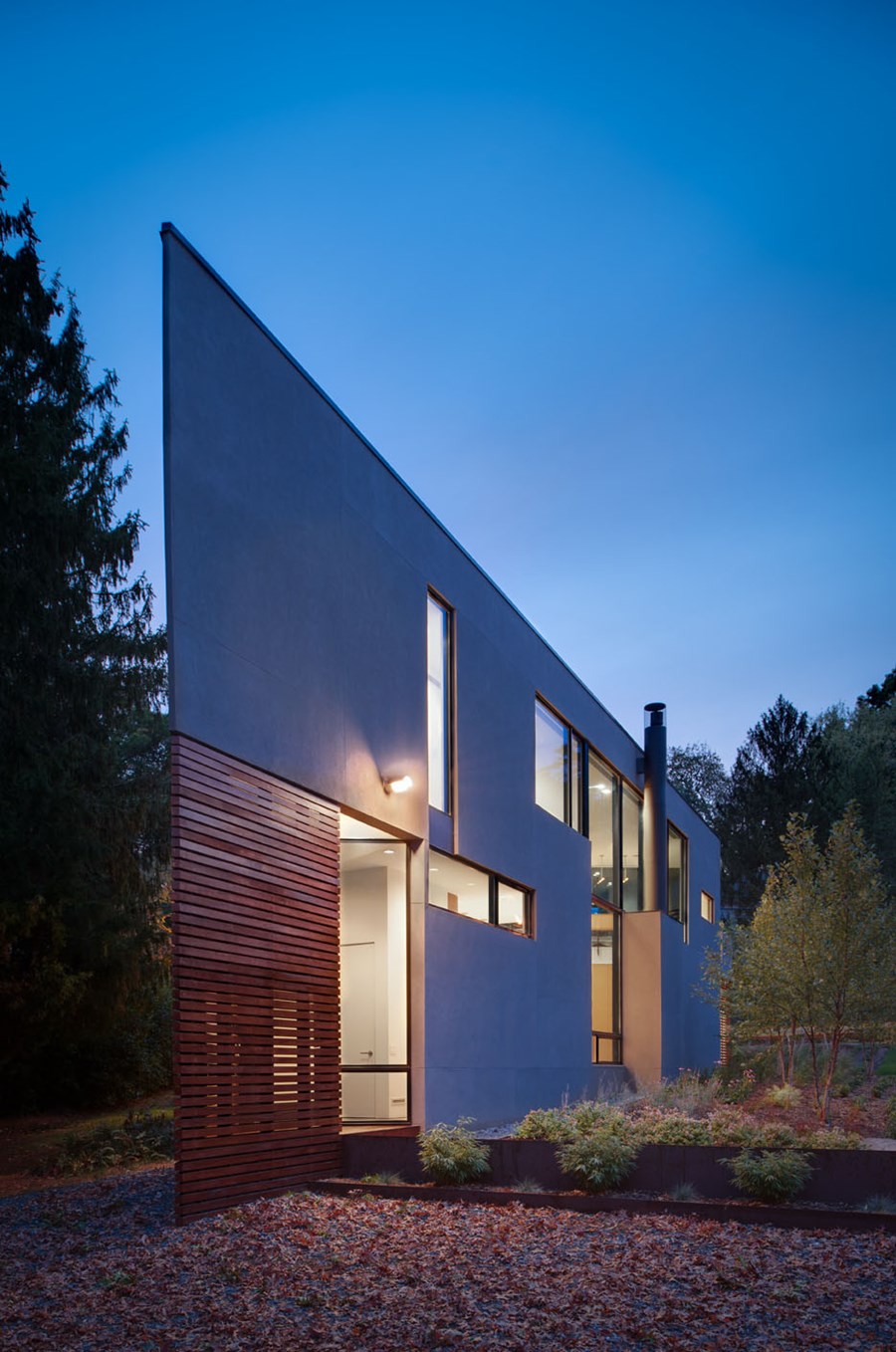 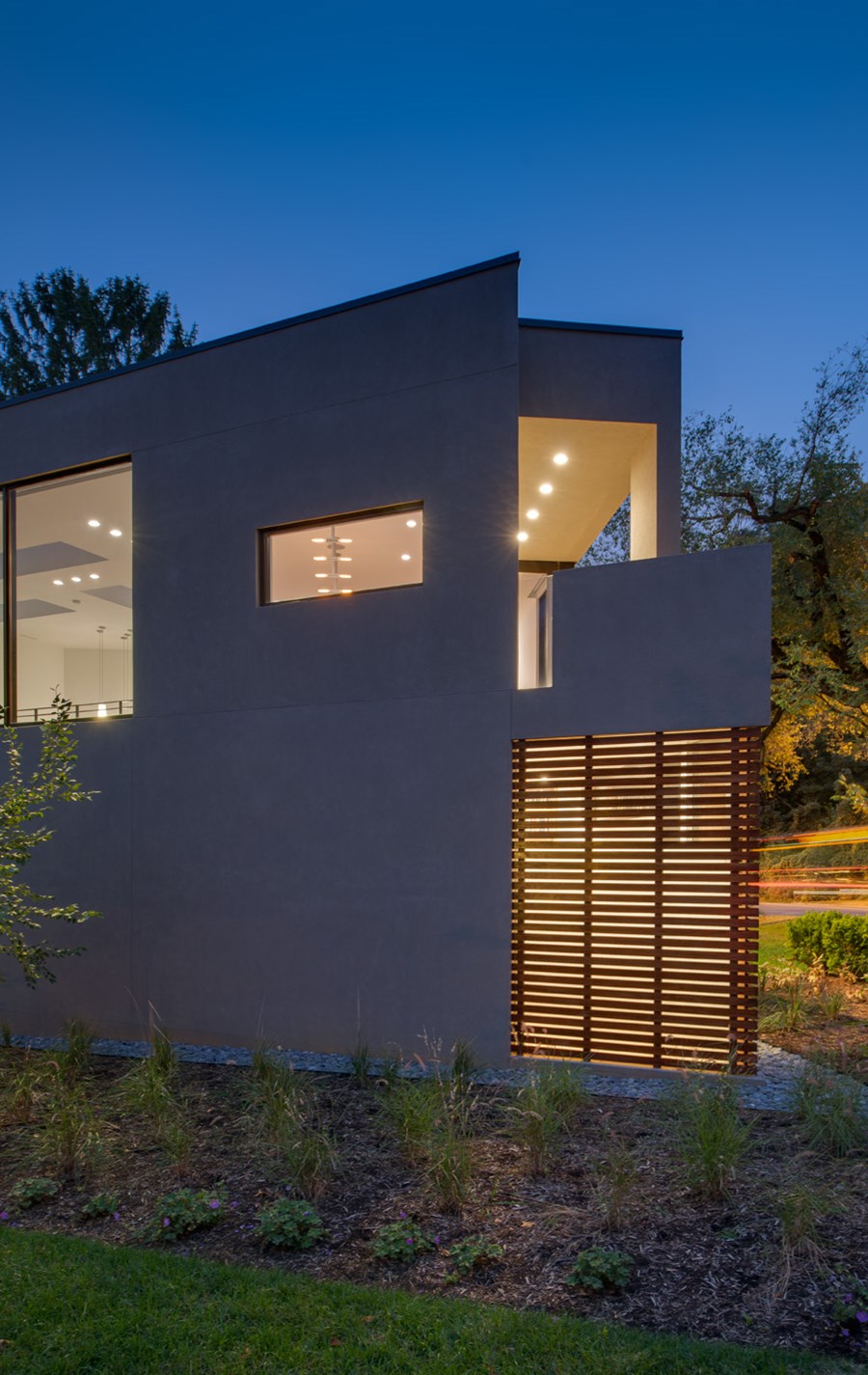 Two creative graphic designers who lived in the neighborhood viewed the lot with its inherent challenges as an opportunity to build a small, modern house that would allow them to downsize and remain in the neighborhood they loved. They purchased the lot, knowing their house would be site-responsive but unlike the neighboring houses.
The program for the new house was relatively modest: an open living, dining and kitchen space, a first floor master bedroom suite, a workspace and a guest bedroom suite. In the design, the zoning setbacks largely informed the volume and massing. The house is constructed to the zoning setbacks on facing streets which aligns with adjacent houses along the lengths of both blocks. While the house is two stories tall and built to the maximum height limit, it is consistent with the average height of the thirteen houses within the triangular block.
The house is organized around a double height space containing the dining and living space. A bridge connects the second floor office with the guest bedroom suite and helps define the dining area. Three large skylights further animate the space, and in combination with large expanses of glass and Kalwall panels, the space is flooded with light. Finishes are kept minimal and the detailing is crisp. Spatial composition and natural light become the primary design tools.
Despite employing an architectural language dissimilar to its neighboring predecessors, the scale and height of this new house is consistent with them, and allows the house to integrate comfortably within this eclectic neighborhood.
Photographer: Maxwell MacKenzie Architectural Photographer