Fenlon House is a project designed by Martin Fenlon Architecture, covers an area of 960 s.f. and is located in Hermon, Los Angeles, CA. 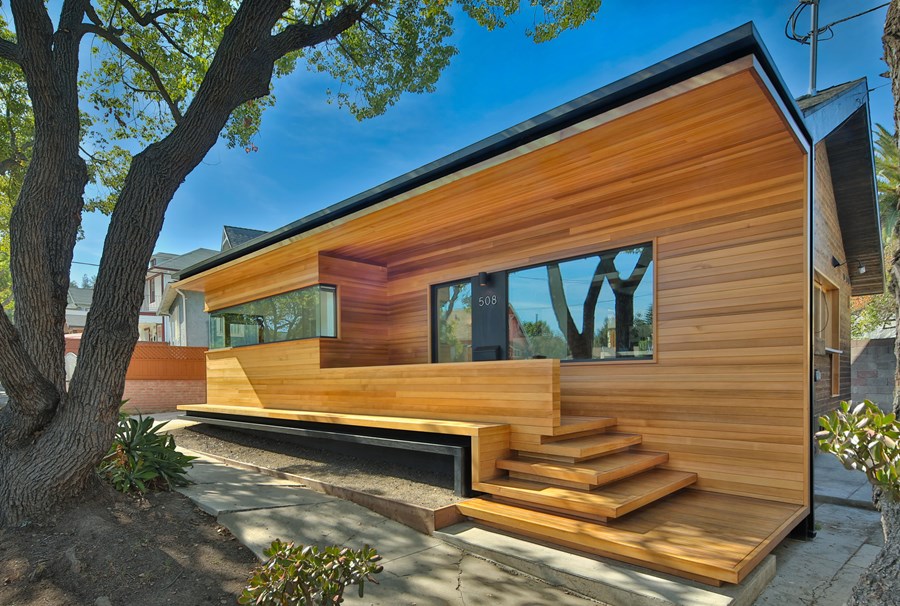 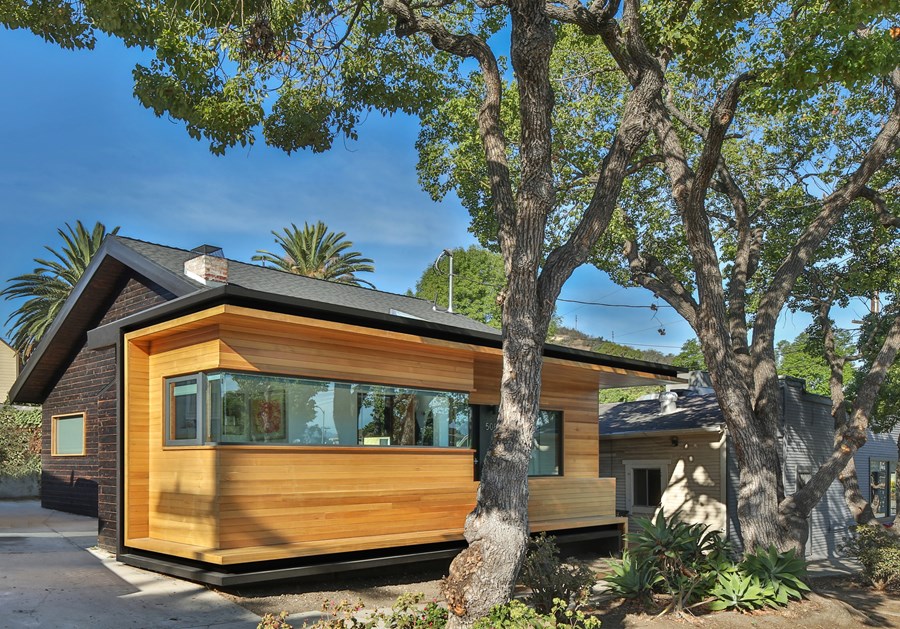 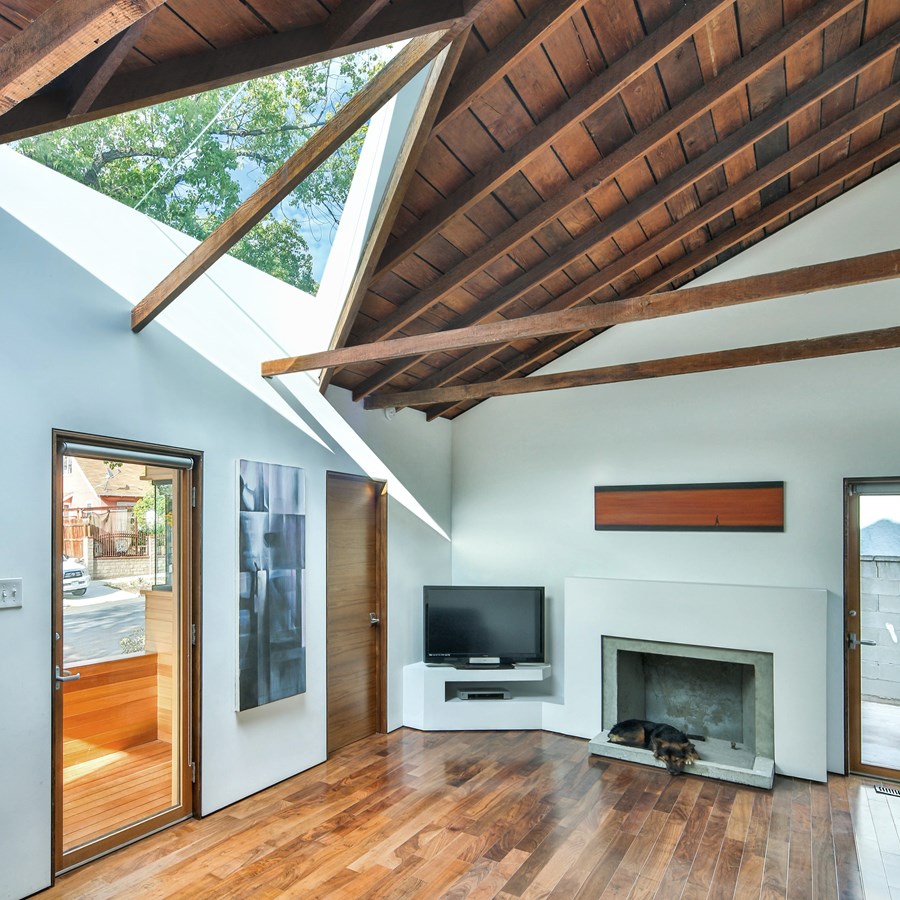 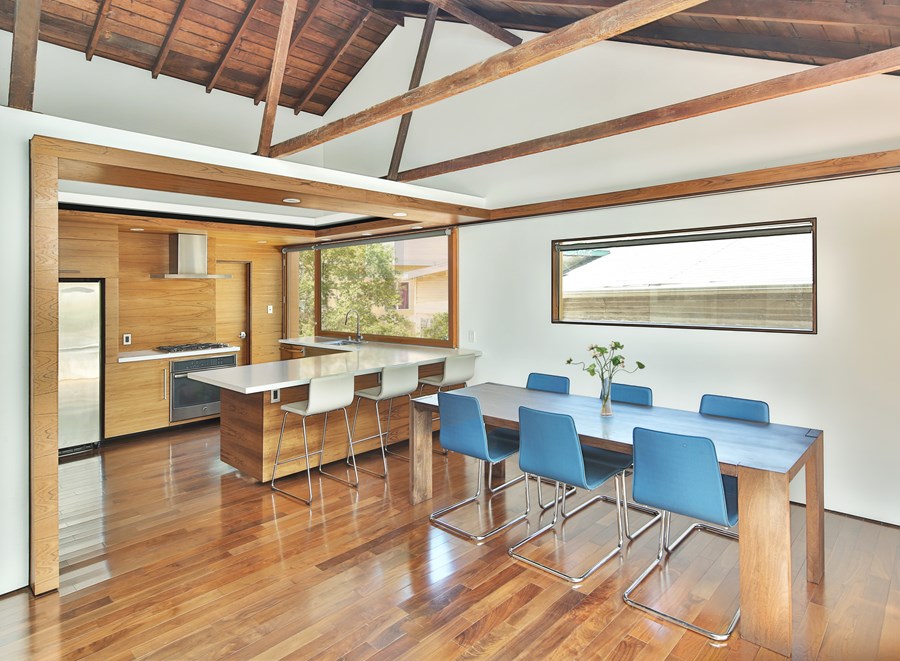 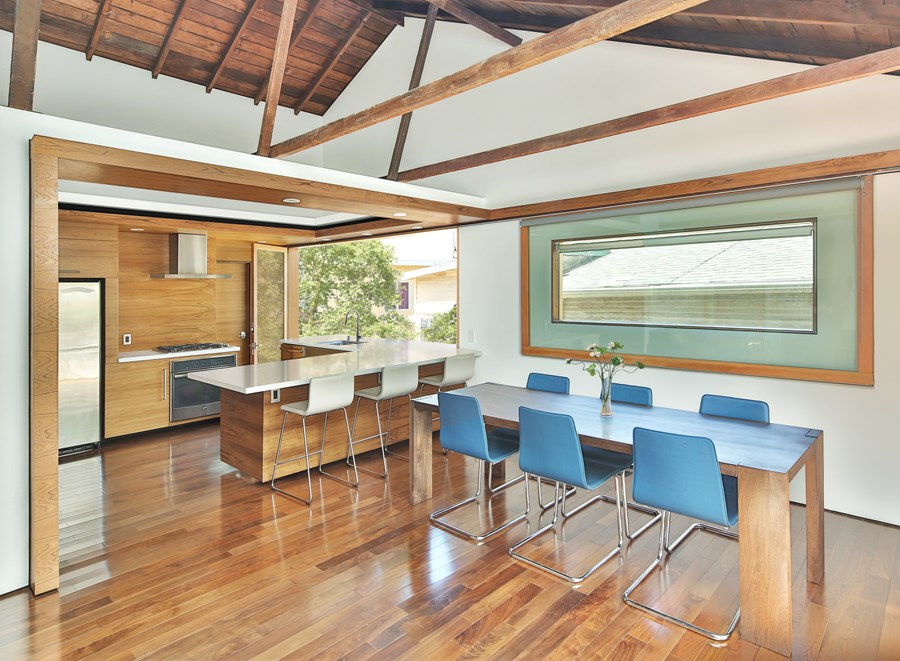 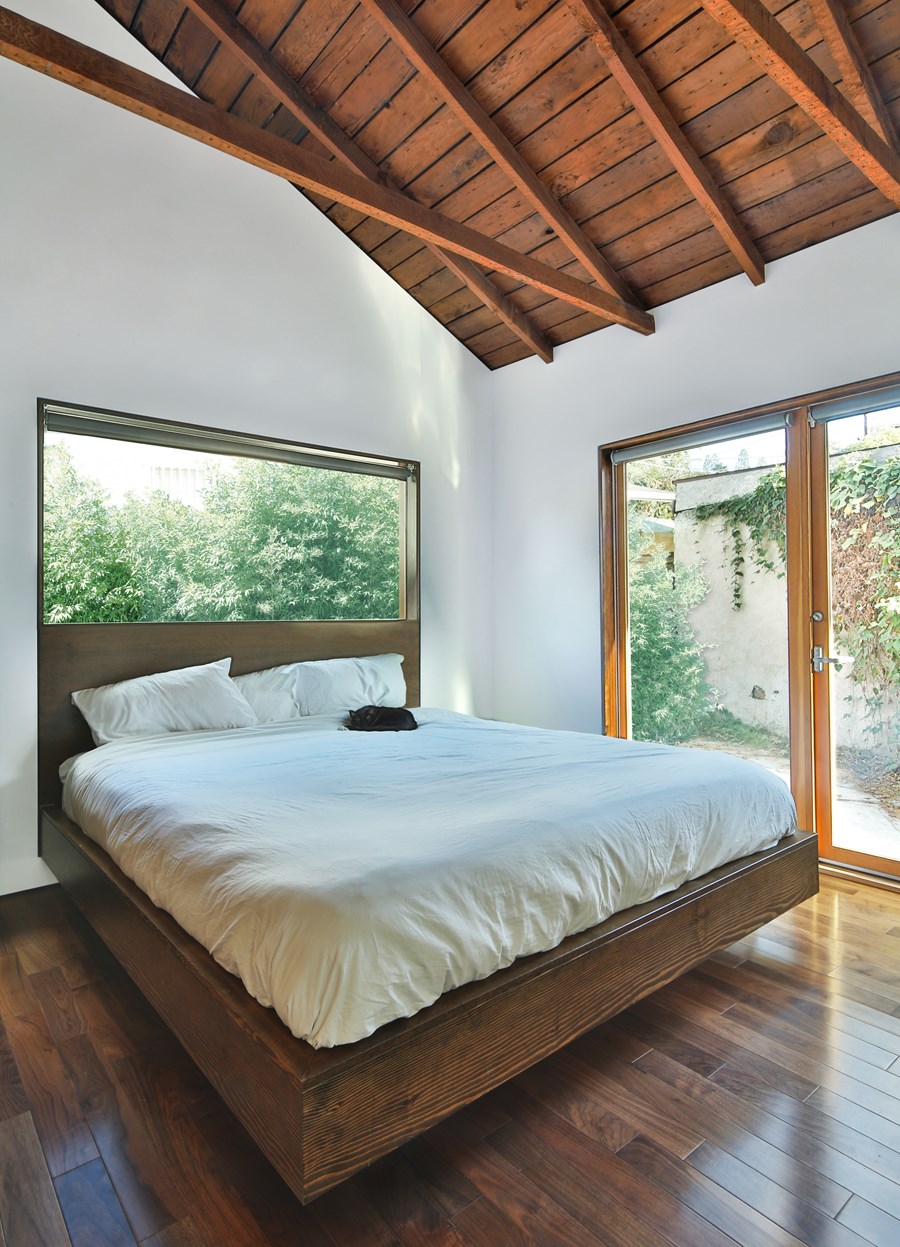 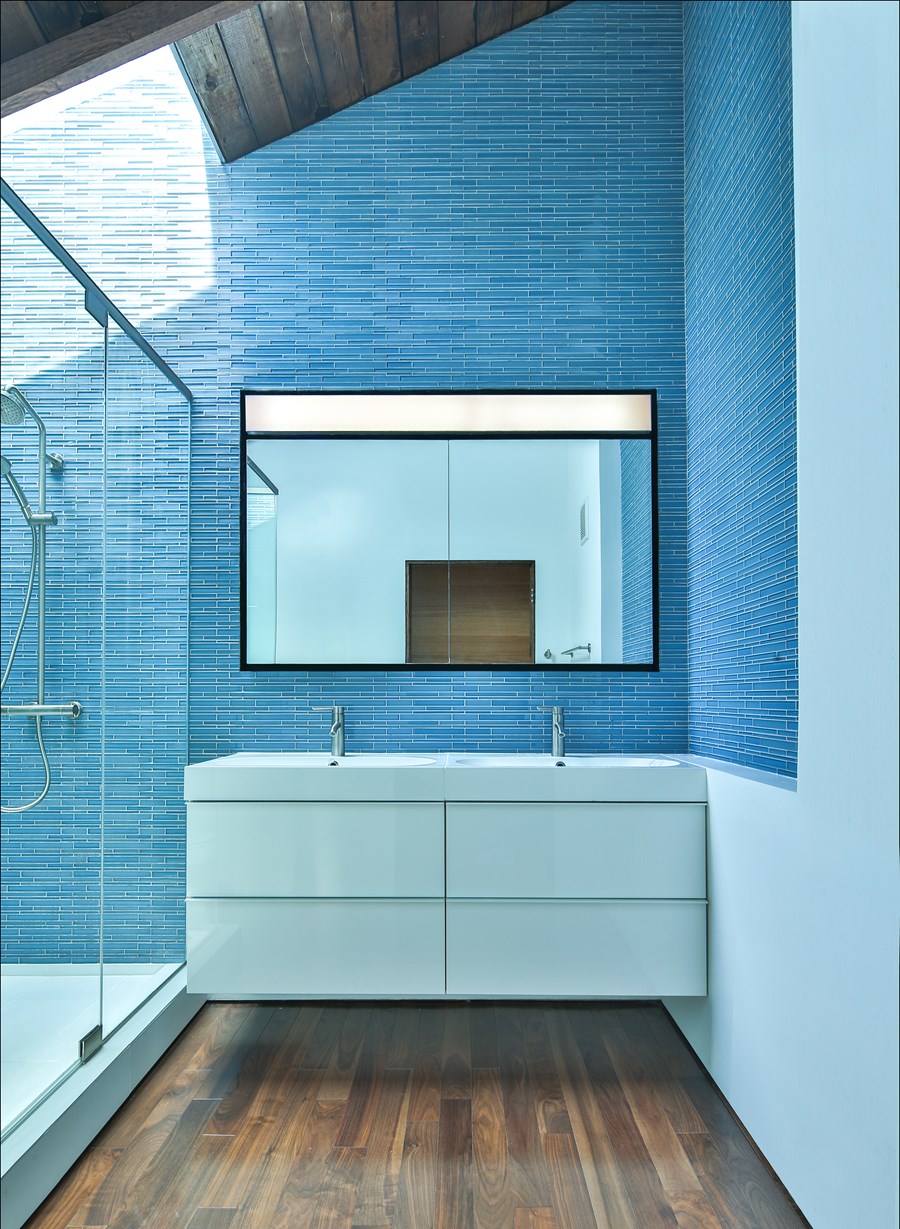 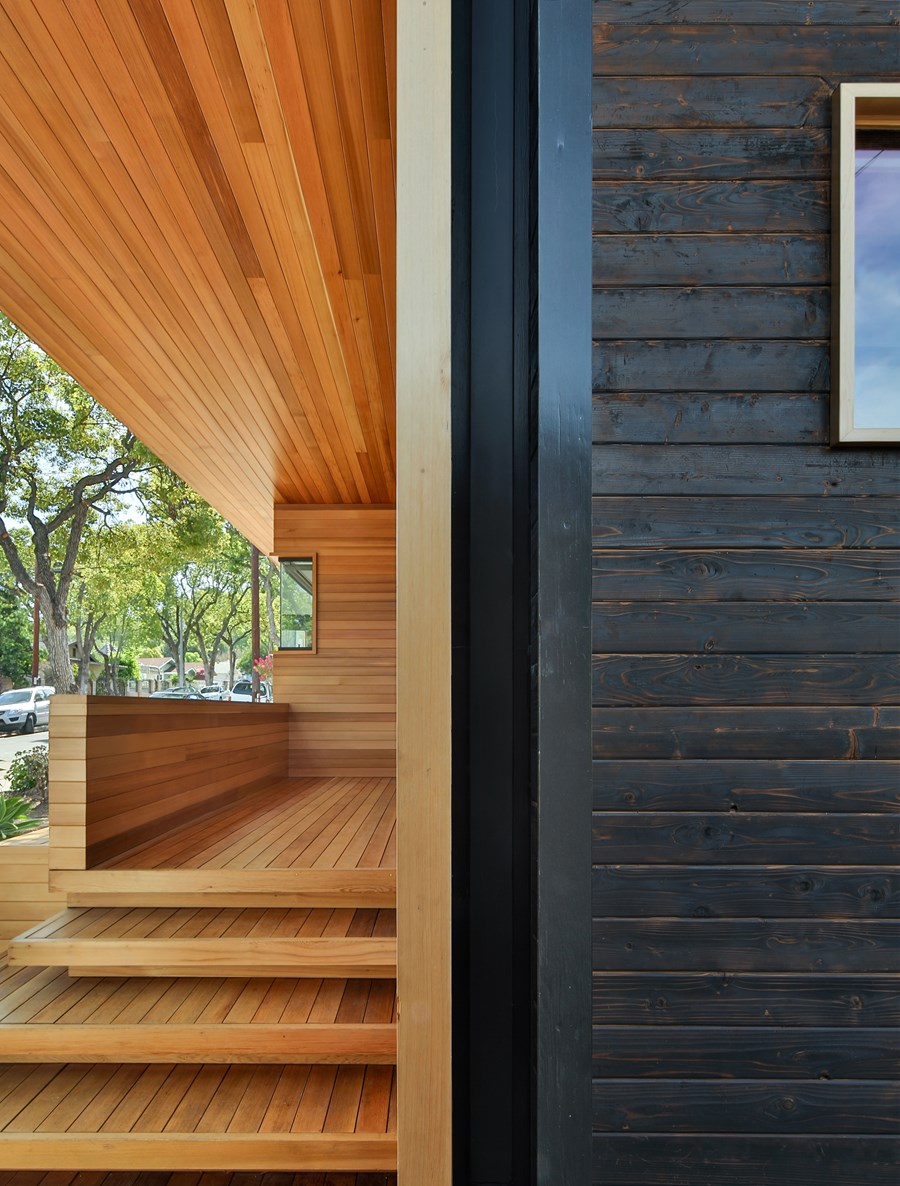 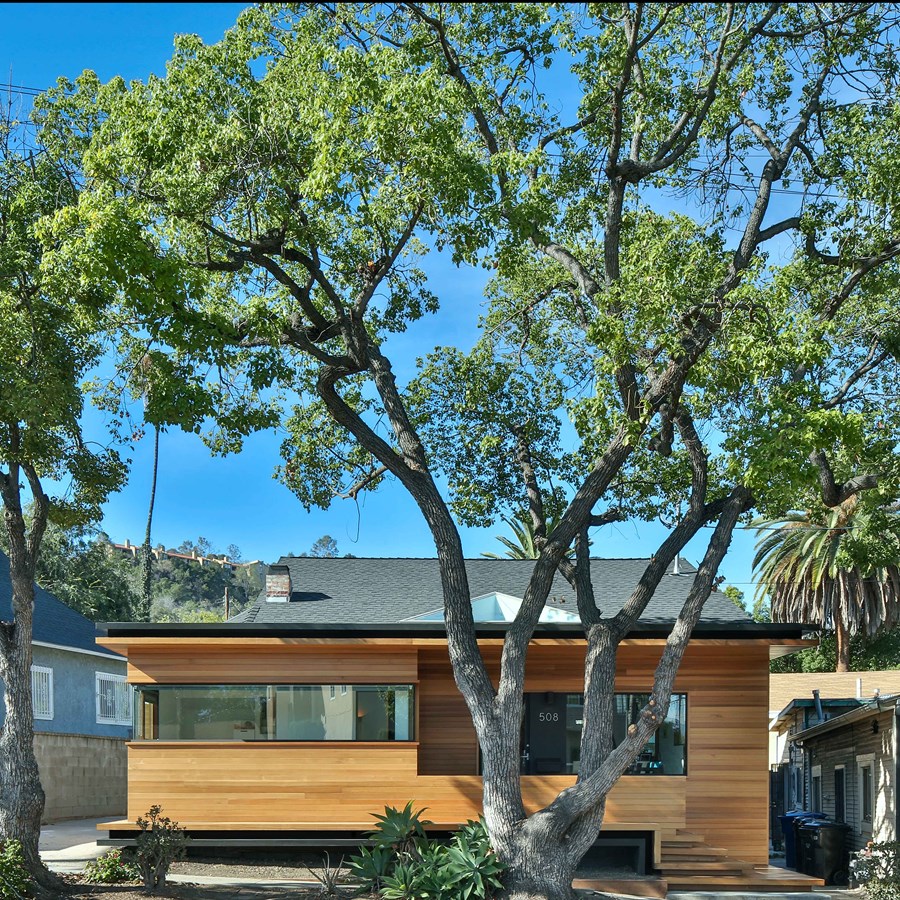 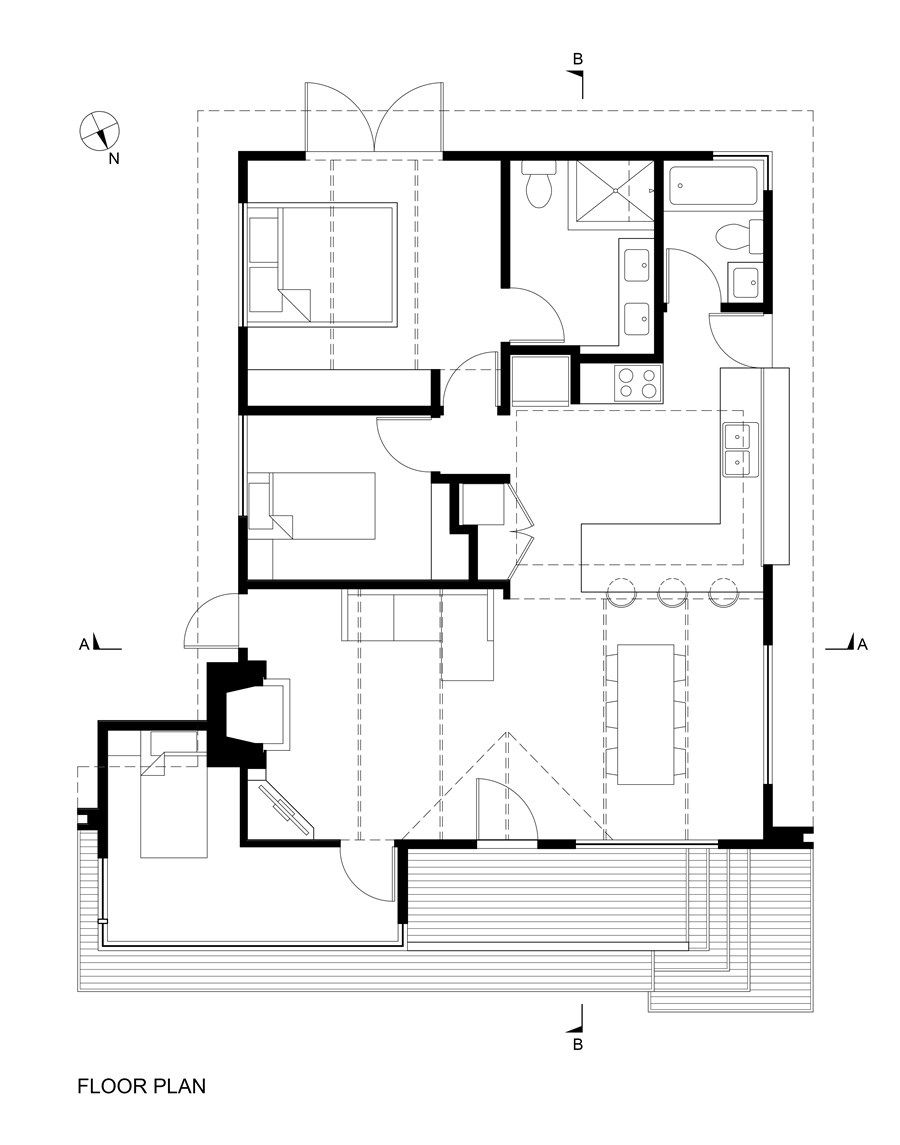 In the little-known neighborhood of Hermon, located just outside of downtown Los Angeles, a dilapidated 1920’s bungalow has undergone a major remodel, bringing new life to the old structure. The new addition to the front of the house forms a unique alliance with the remodeled existing house. This new frontispiece appears to be intimately nested within the older existing house, while maintaining a stark differentiation. The frontispiece has been clad in a clear cedar which contrasts the torched cedar that wraps the rest of the structure. The front addition integrates the house with the adjacent streetscape as it terraces down to the sidewalk and forms a long bench.
The original gabled porch roof was removed leaving a large triangular opening in the roof which has become a skylight, flooding the interior with natural light. The existing ceiling was removed to expose the original wooden roof structure. The new walnut and teak finishes throughout are similar in tone with this existing wood, blurring the distinction between old and new. The simple combination of the wood and white plaster throughout is reminiscent of California mission architecture.
The wood clad kitchen is embedded within the existing plaster-finished enclosure, forming a distinct space within a space that echoes the exterior relationship of old and new, while concealing economic Ikea cabinetry. A large window over the kitchen counter slides open, bringing the outdoors in while allowing use of the counter from the exterior. Other areas of the interior are punctuated by a series of built-ins that integrate everyday objects with the spaces they’re in.
Photography: Zach Lipp