Wood Studio House is a project designed by Dom Arquitectura in 2015, covers an area of 76 m2 and is located in Sant Cugat, Spain. 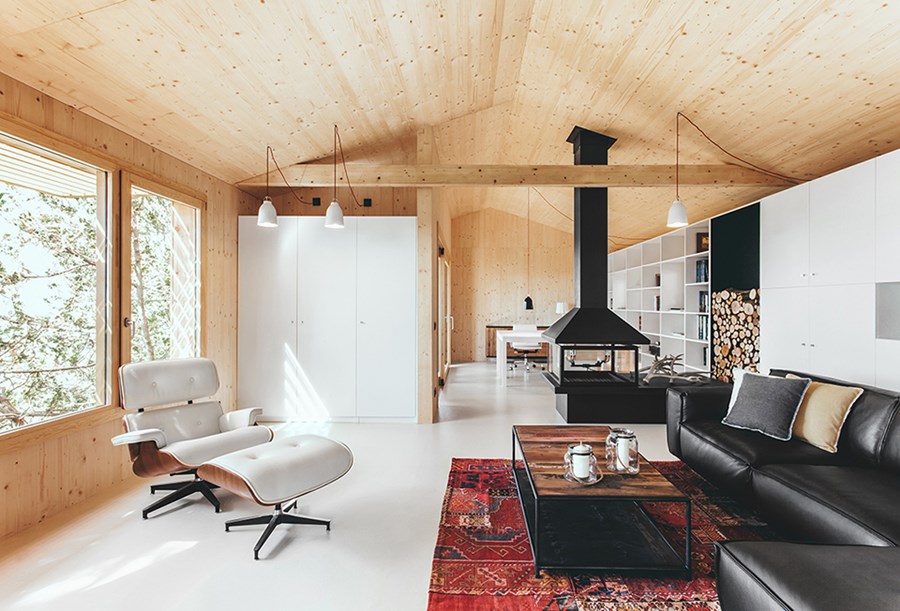 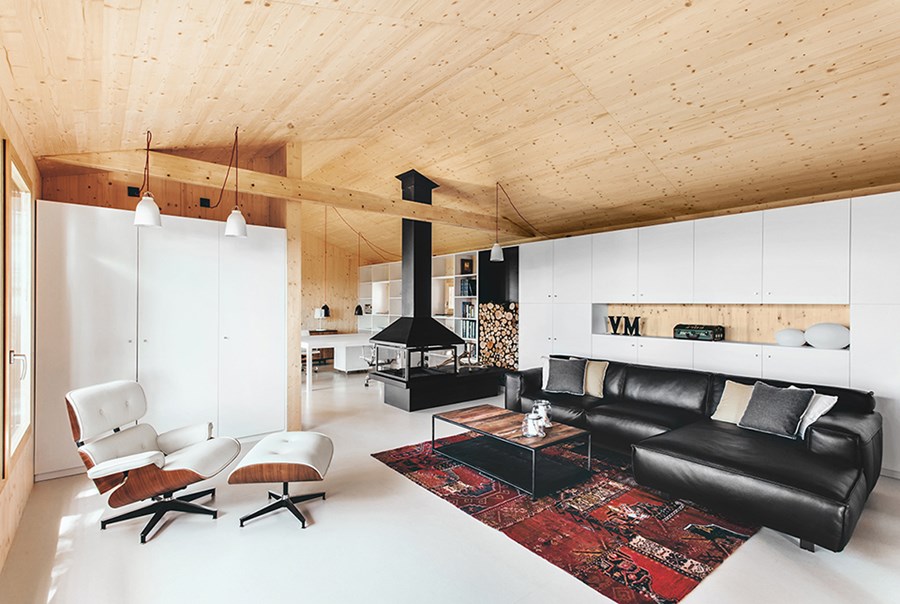 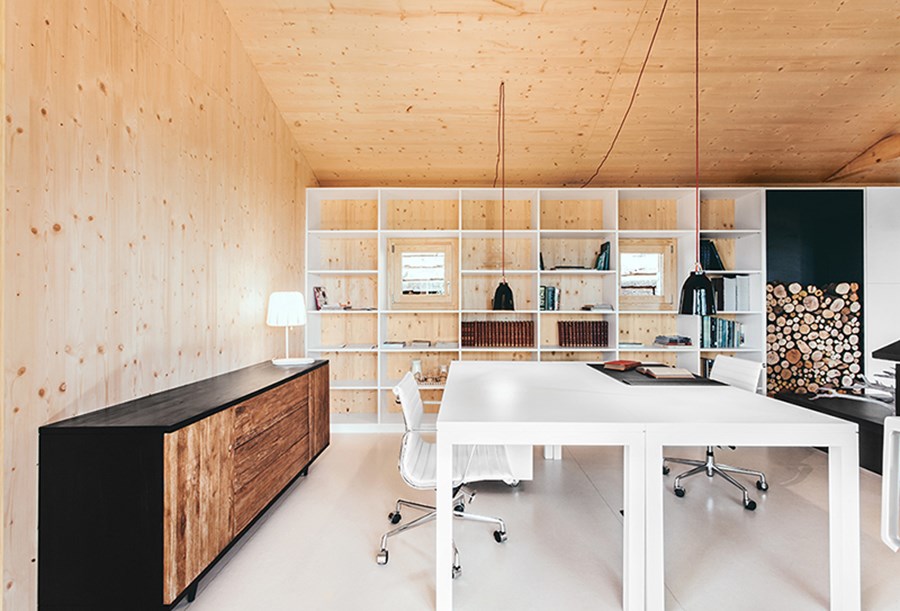 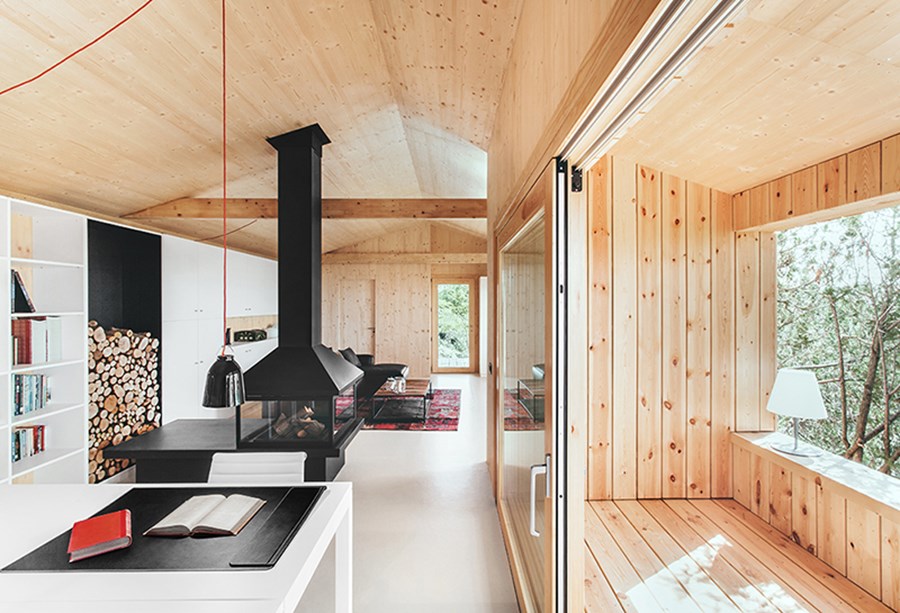 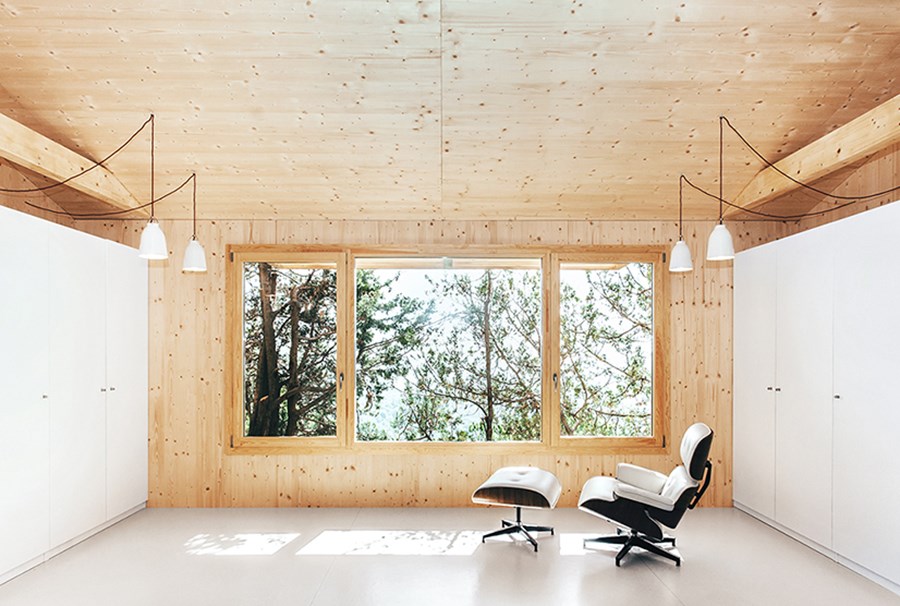 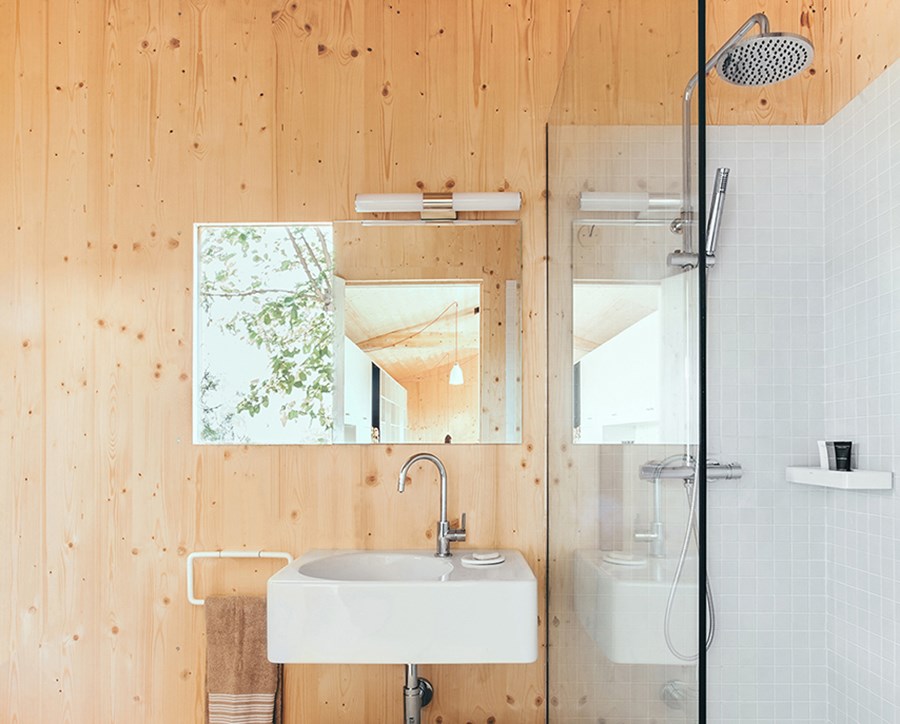 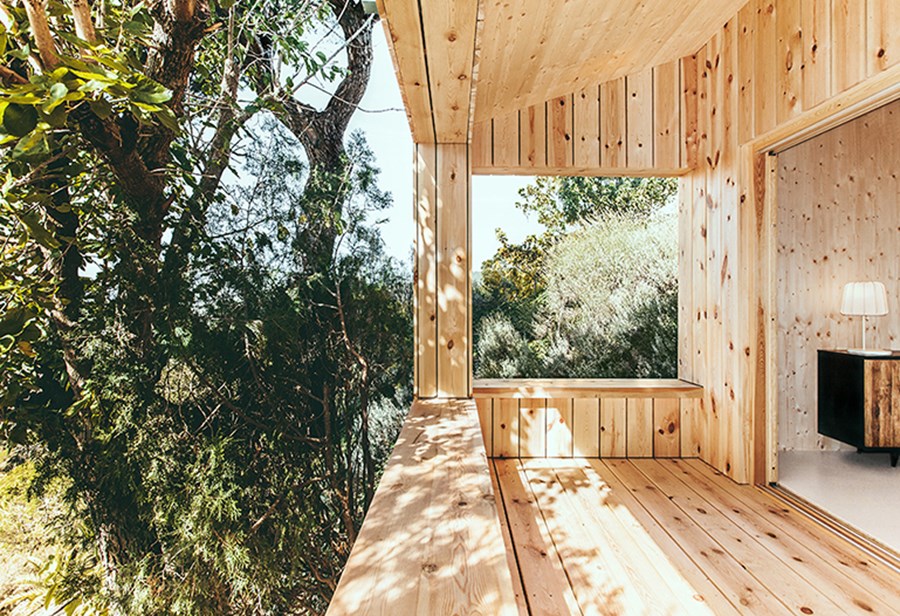 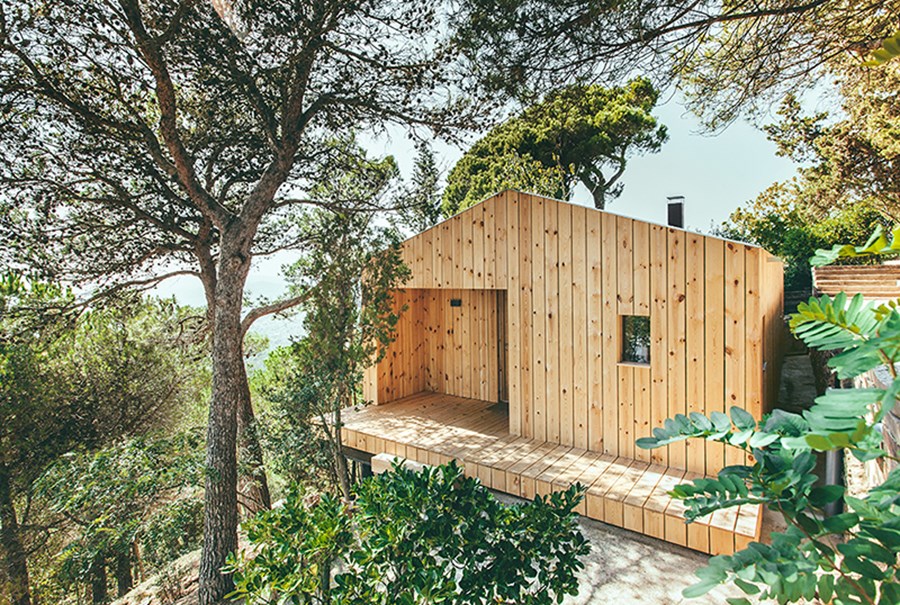 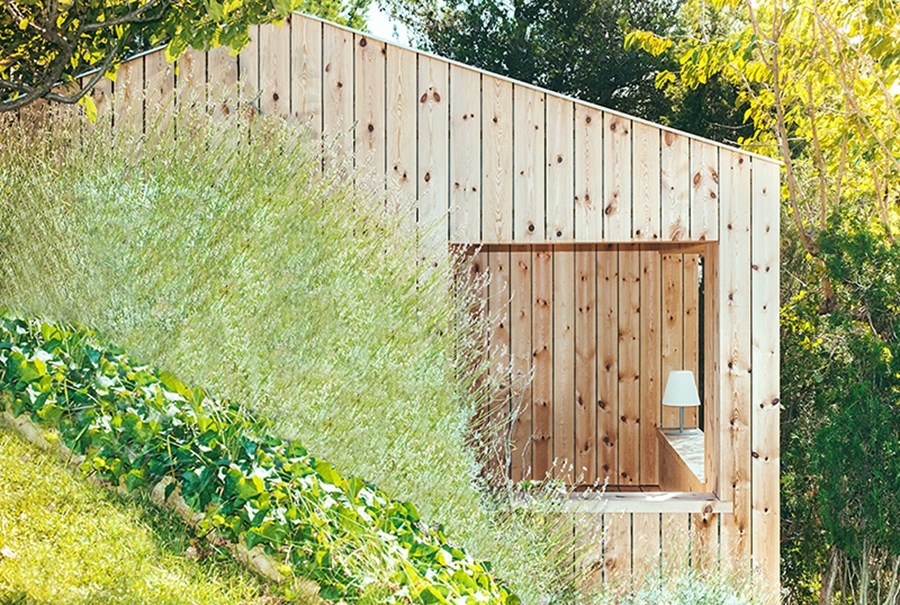 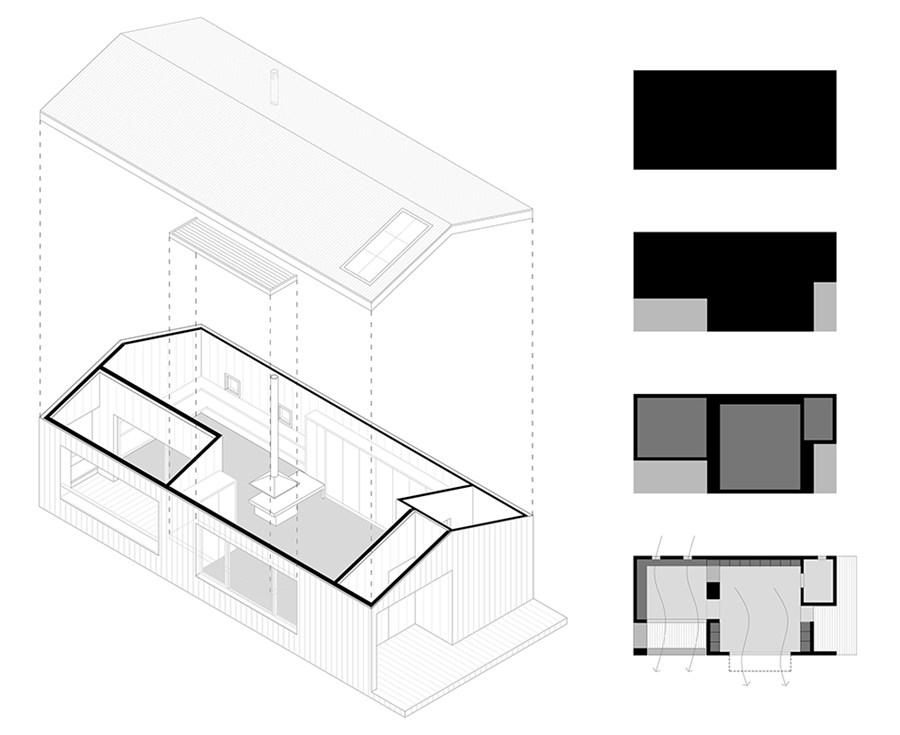 The orientation and position of the house/studio have been studied in order to take the greatest advantage of the site’s available resources and climatic conditions, reducing its environmental impact, energetic consumption and improving its interior comfort.
The house has a rectangular plan. Its longer side is oriented south, and has the biggest openings to capture radiation during winter months while protected from the sun during summer.
The other 3 elevations are rather opaque, with few openings on the northern façade, which will create natural cross ventilation during summer.
The compact rectangular volume is only perforated at the terrace and porch, which allow for those two spaces to be covered and protected by the roof overhang. The compactness contributes to the energy reduction demands.
Images: Jordi Anguera