Bougainvillea House is a project designed in 2014 by Traction Architecture, covers an area of 2800 sq ft new primary residence & 500 sq ft renovation of detached studio and is located in Sarasota, Florida. 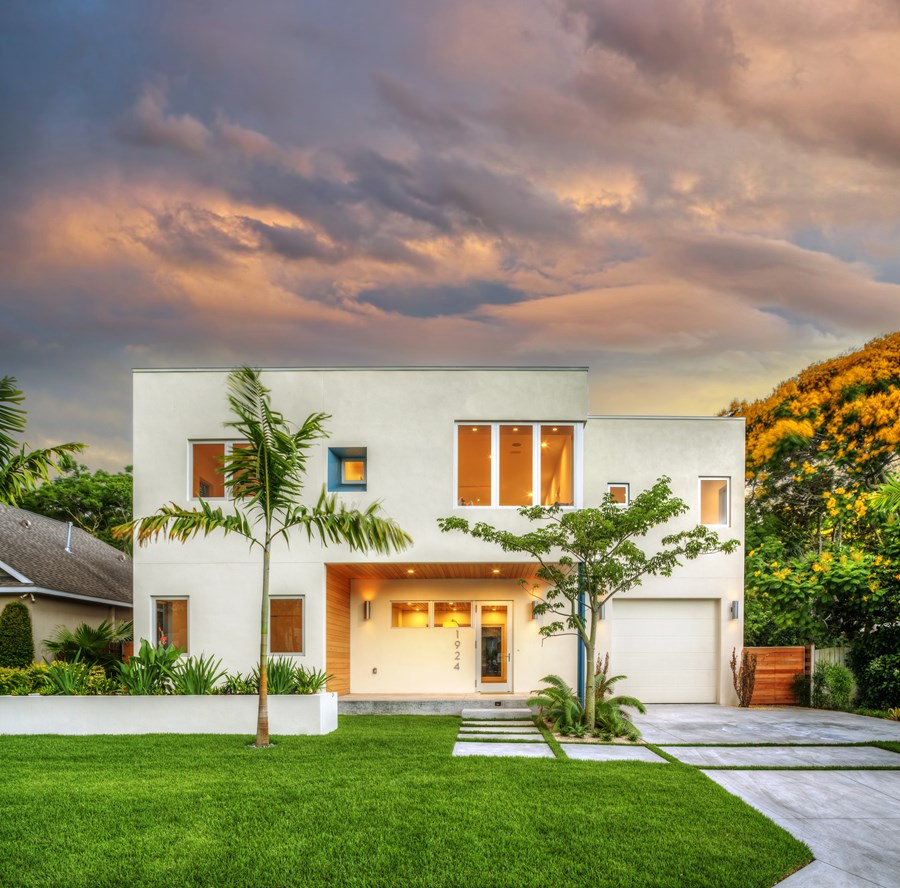 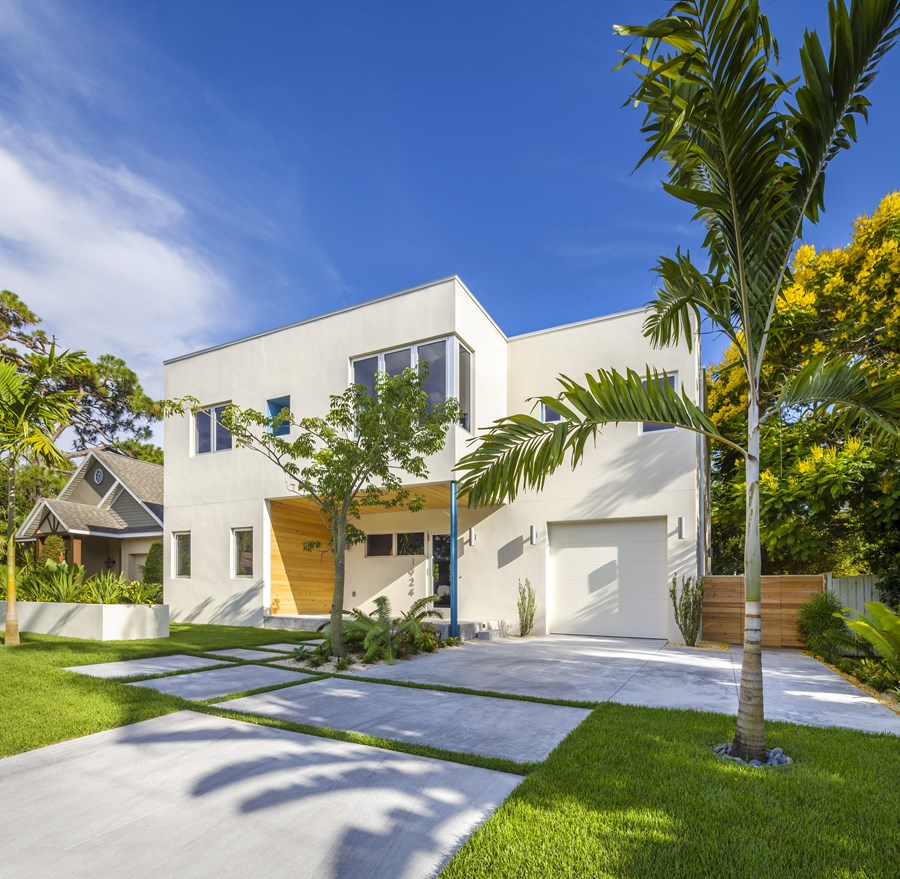 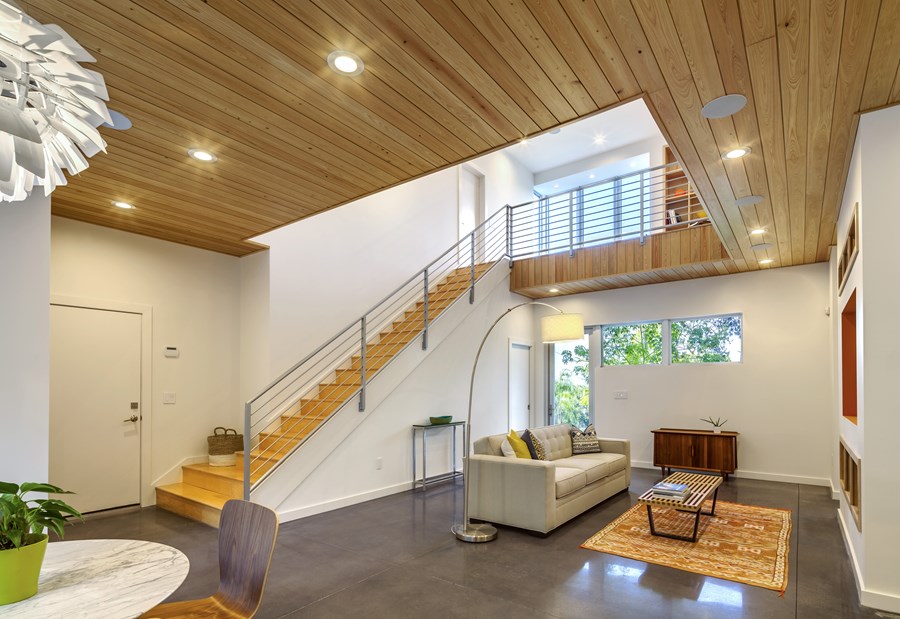 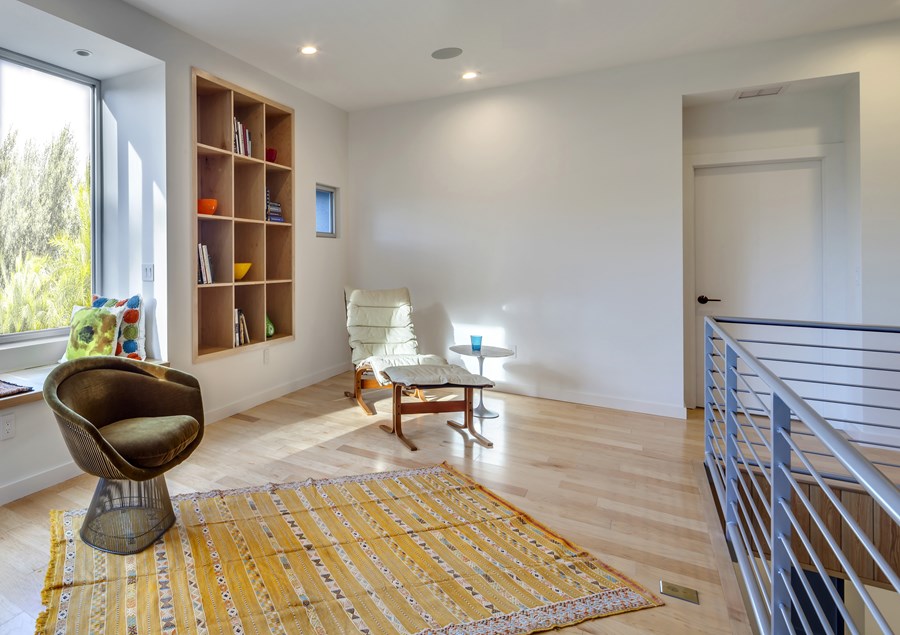 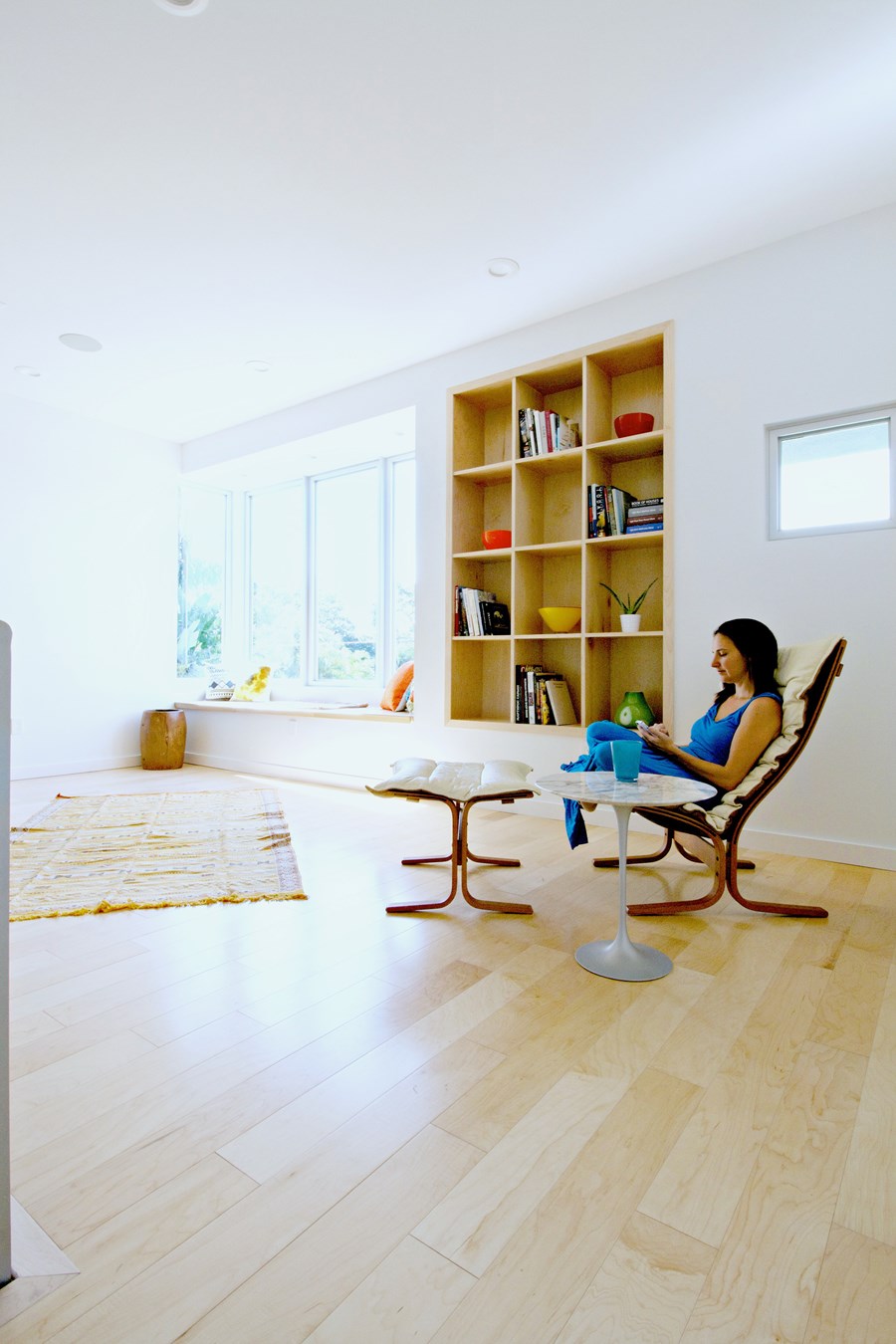 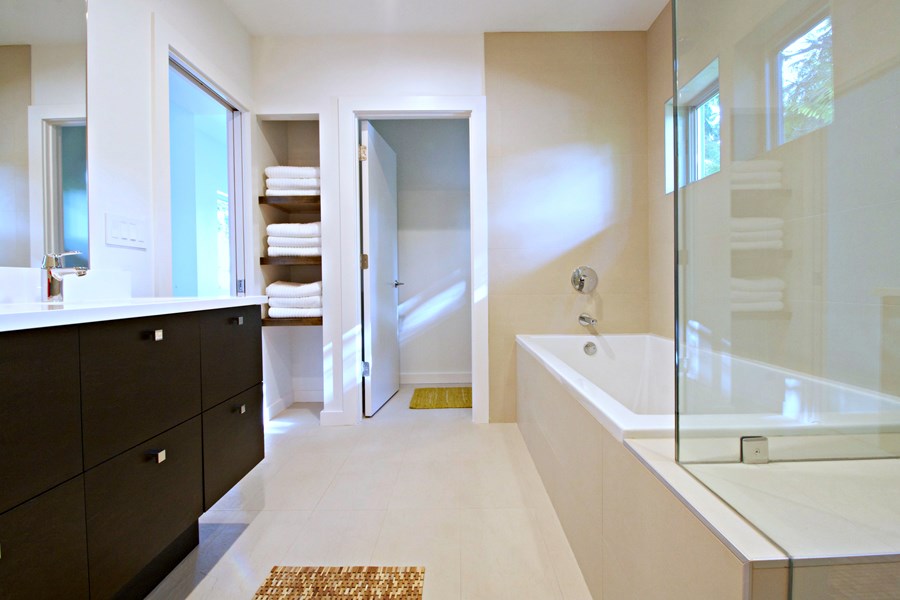 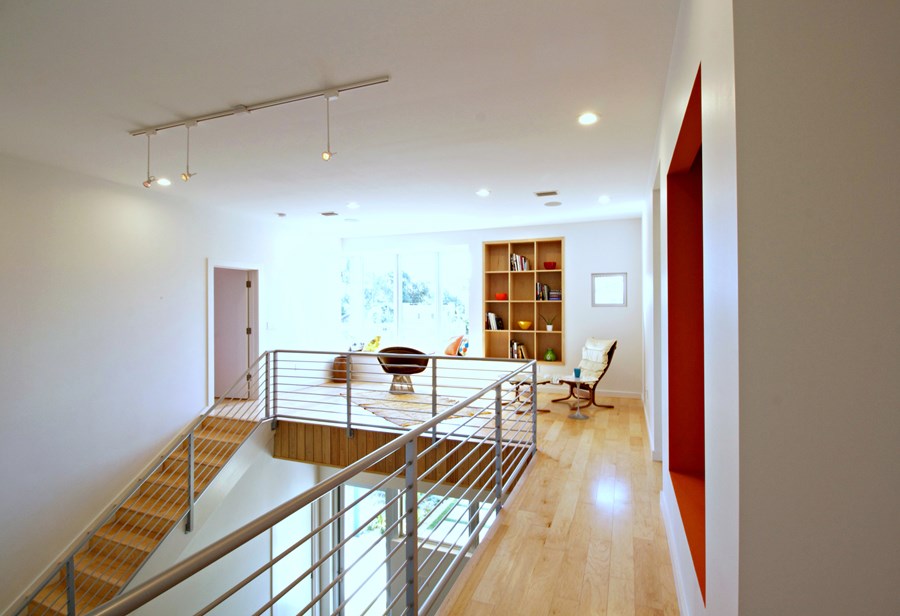 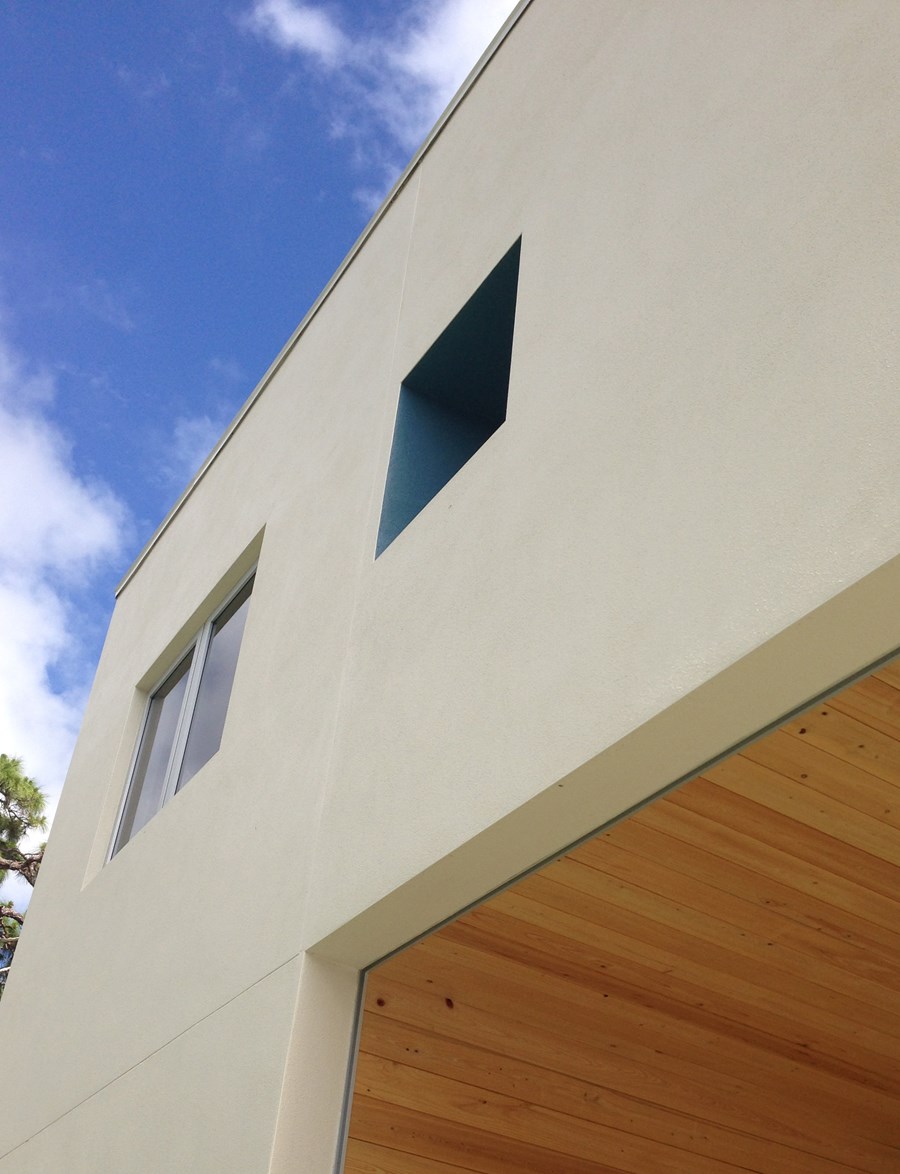 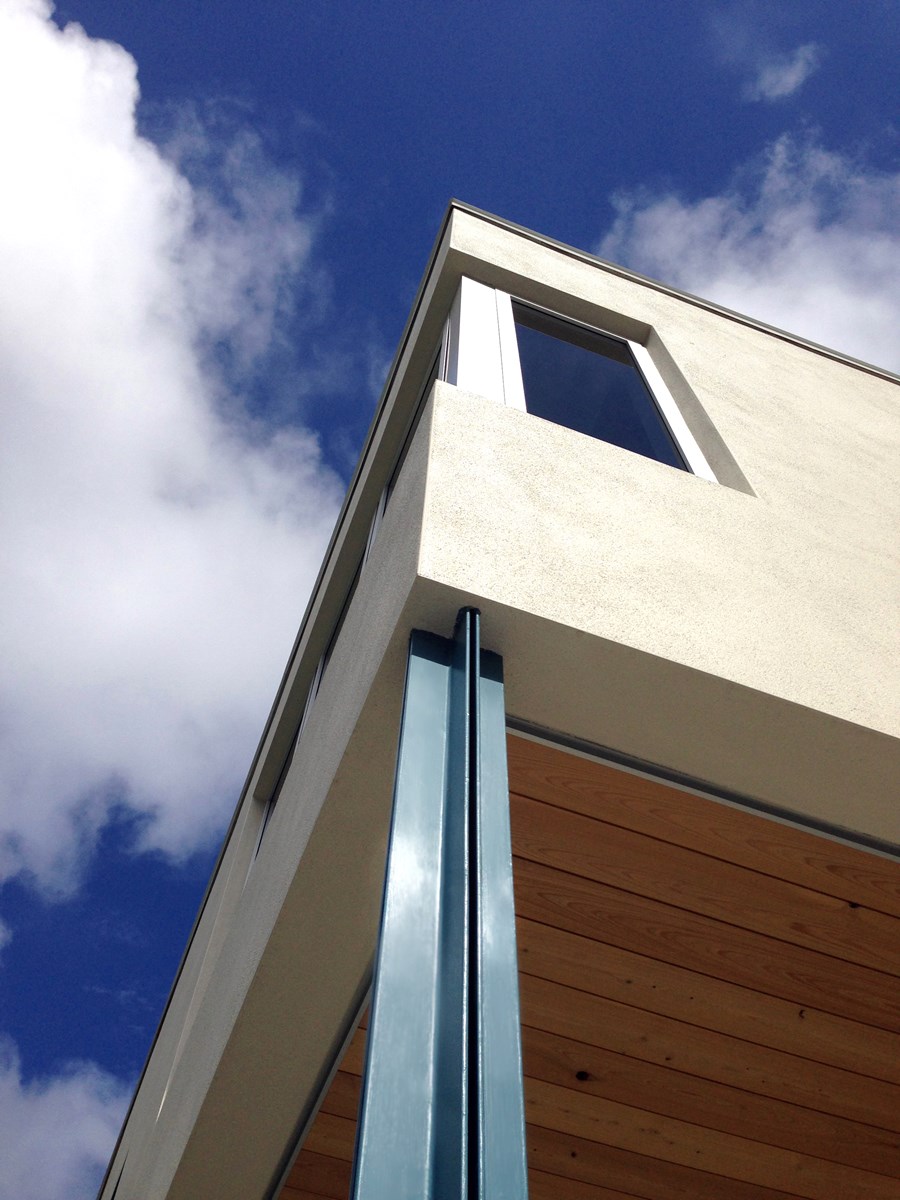 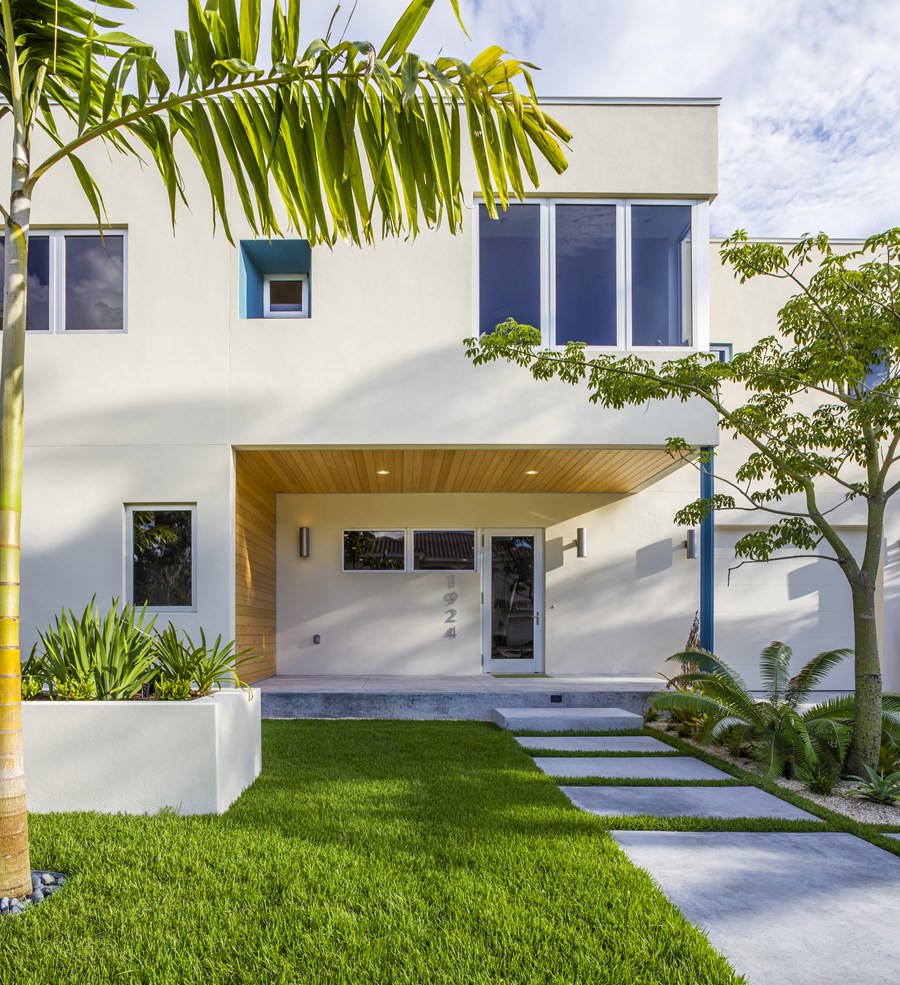 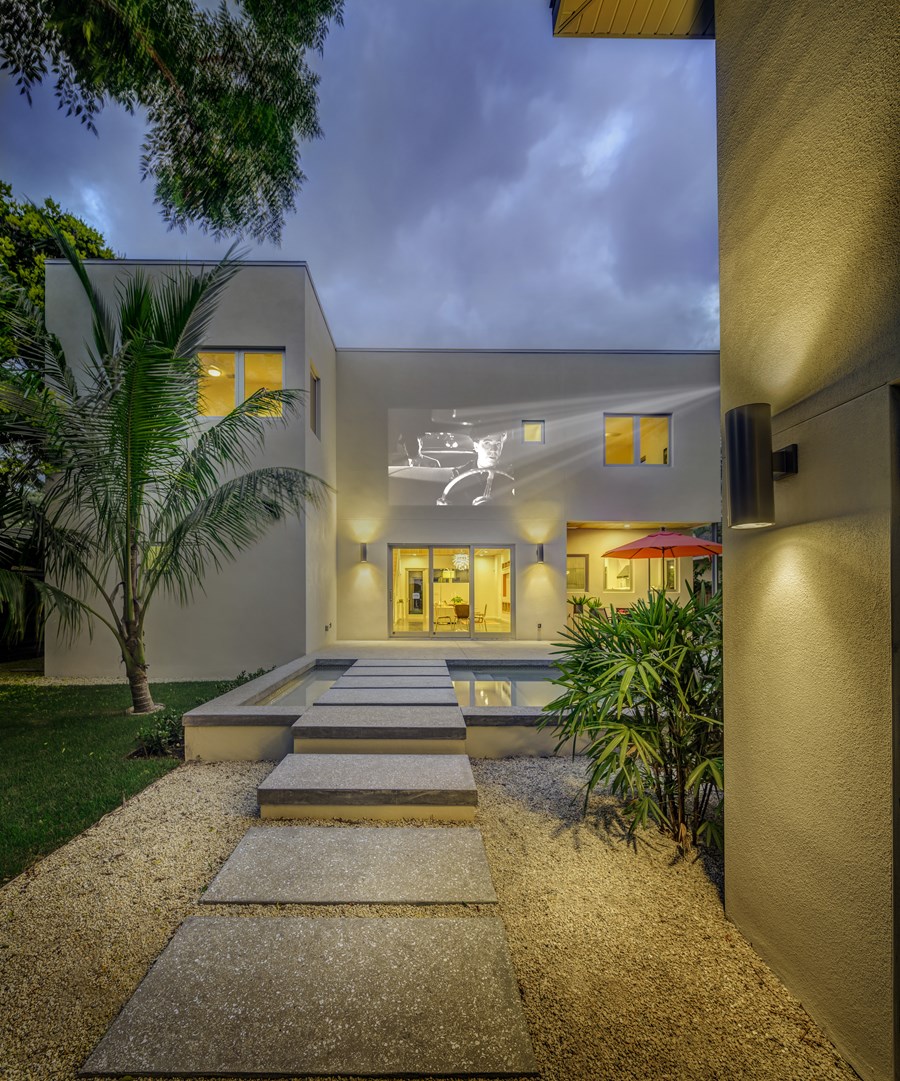 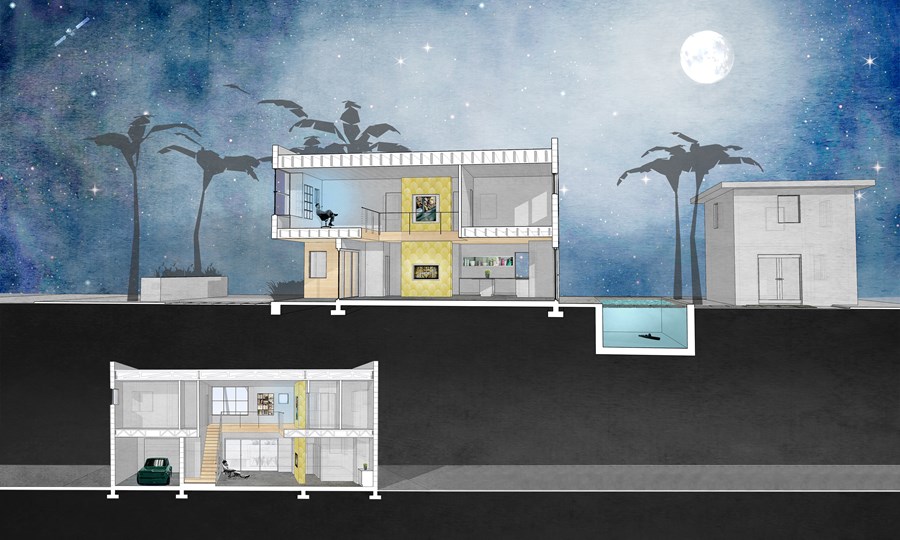 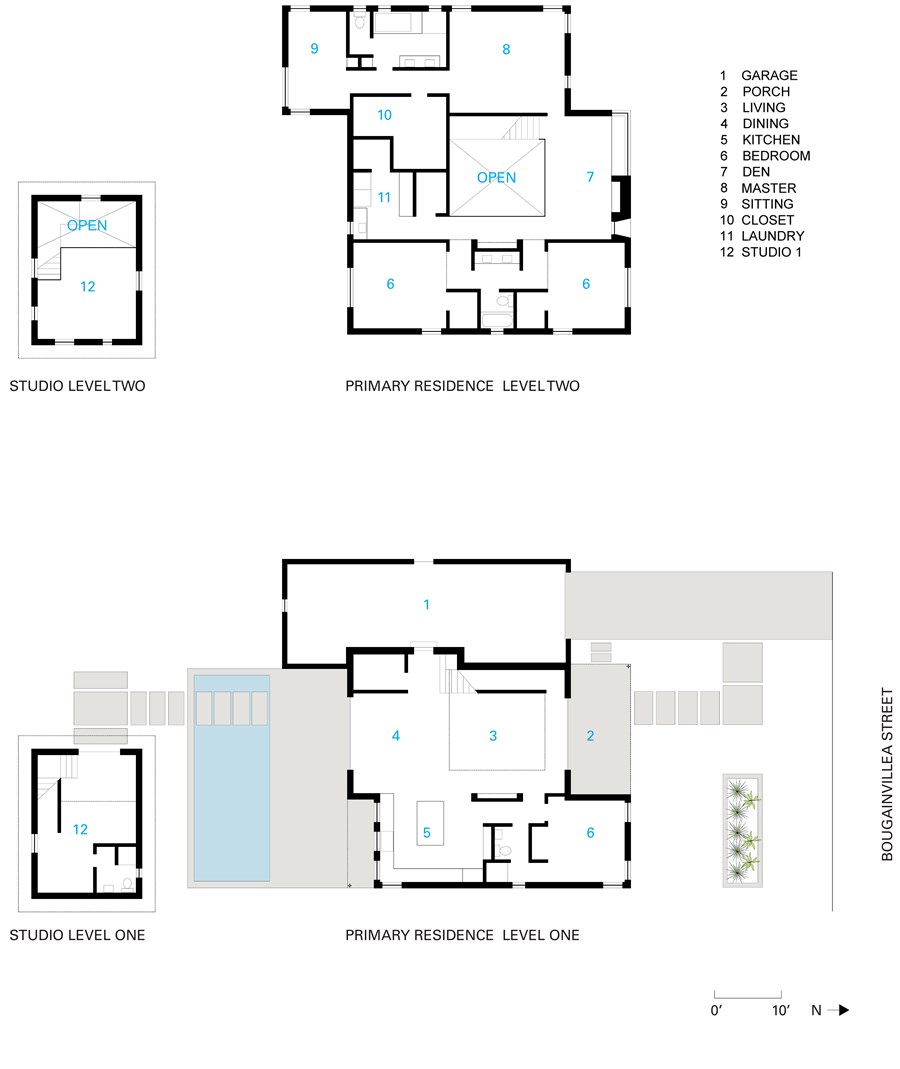 The Bougainvillea House is situated on an infill lot in a residential neighborhood of Sarasota. We were interested in the changing character of the neighborhood and were inspired by the history of the lot, which originally housed a 1940s Art Moderne home that could not be saved. In addition, the lot contained a two-story detached studio, which we preserved and renovated as part of the project.
We wanted the home to contain traces of the demolished building’s character as a clue to the site’s past. The asymmetrical geometry of the original floor plan became a catalyst for generating a sequence of solids and voids through the interior and exterior spaces of the home and throughout the lot.
Openings in the front and rear facades enable unobstructed views of the backyard, where a lap pool separates the home from the detached studio. A dynamic interplay between the two structures carves the exterior space into distinct three-dimensional zones.
Inside the main house, the double height living area opens to a second story den where a dramatic glass corner filters northern light into the home and contains a window seat with treetop views.
Details were inspired by the Art Moderne style, with its streamlined forms, glass corners, smooth surfaces and porthole windows. Upstairs, a deeply inset window is positioned at eye level to serve as an oculus to focus the view. The exterior head, sill and jambs of the oculus are painted a vivid blue that casts a calming glow into the den, suggesting the sky and nearby sea.
Because the home was built for a developer, it was particularly important to create a functional and flexible layout that could accommodate a range of potential homeowners. Cost efficiencies were achieved by maintaining a simple material palette and paring down the design to its essentials.
Ultimately, this project was about crafting sustainable, thoughtful, livable spaces that could evoke the spirit of the site’s past while looking toward its future.
Photography: Greg Wilson, Mina Brinkey, Traction Architecture