Seagrape House is a project designed in 2013 by Traction Architecture, covers an area of 3000 sq and is located in Anna Maria, Florida. 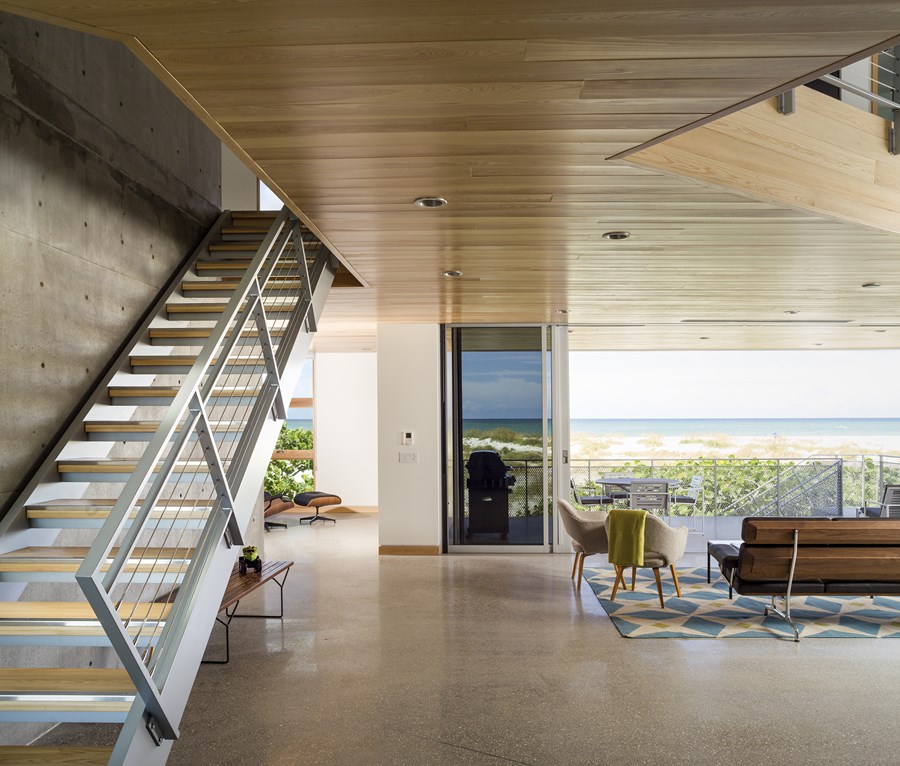 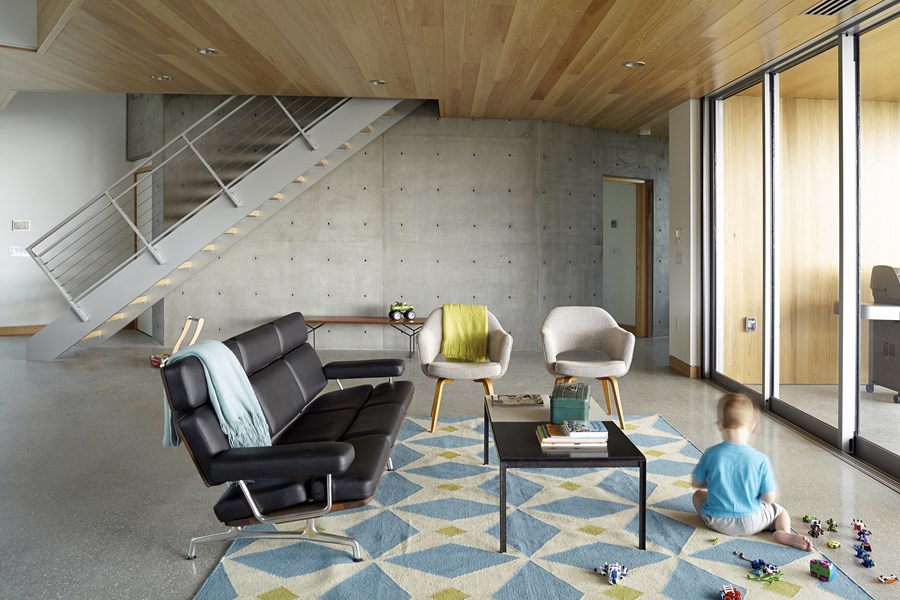 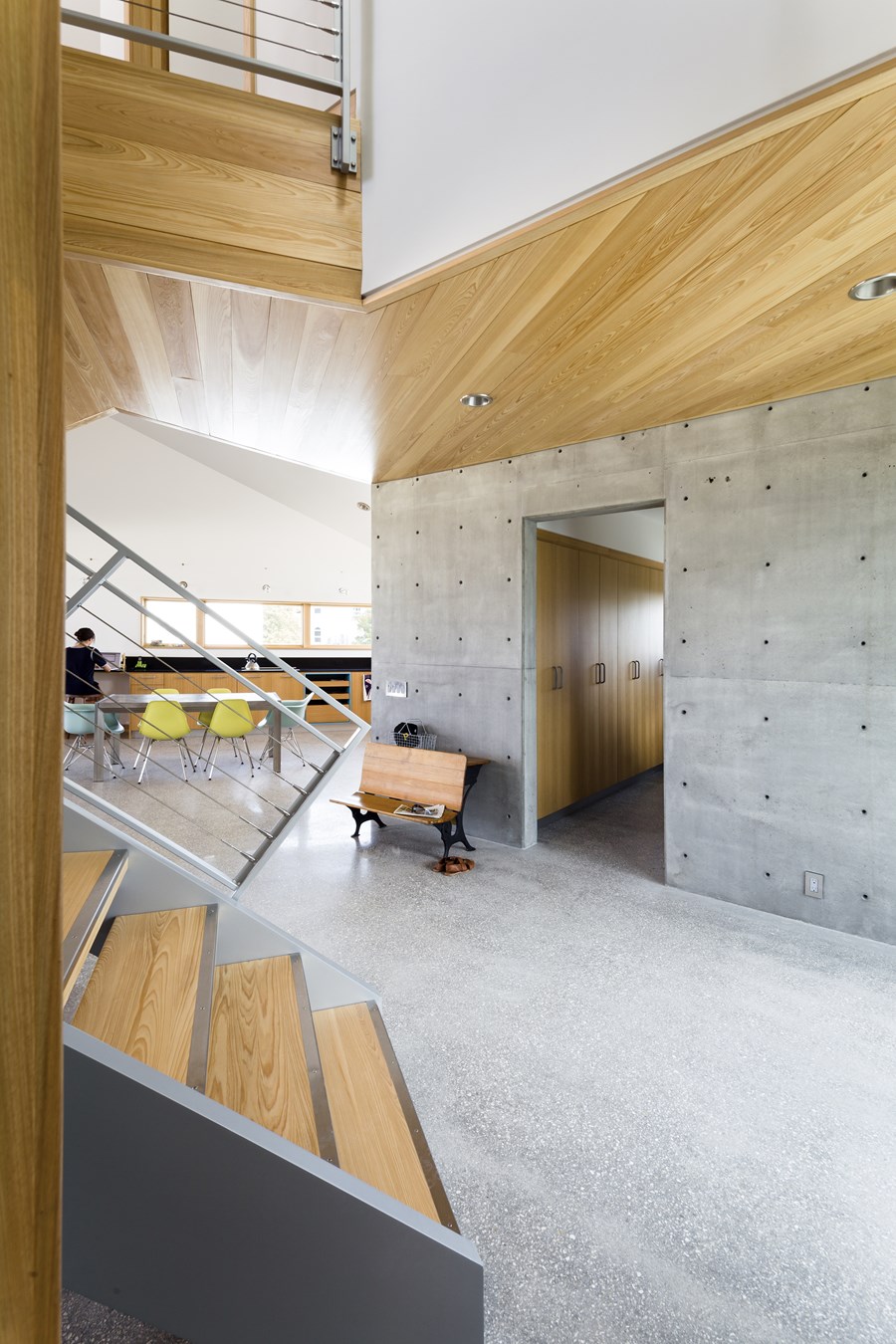 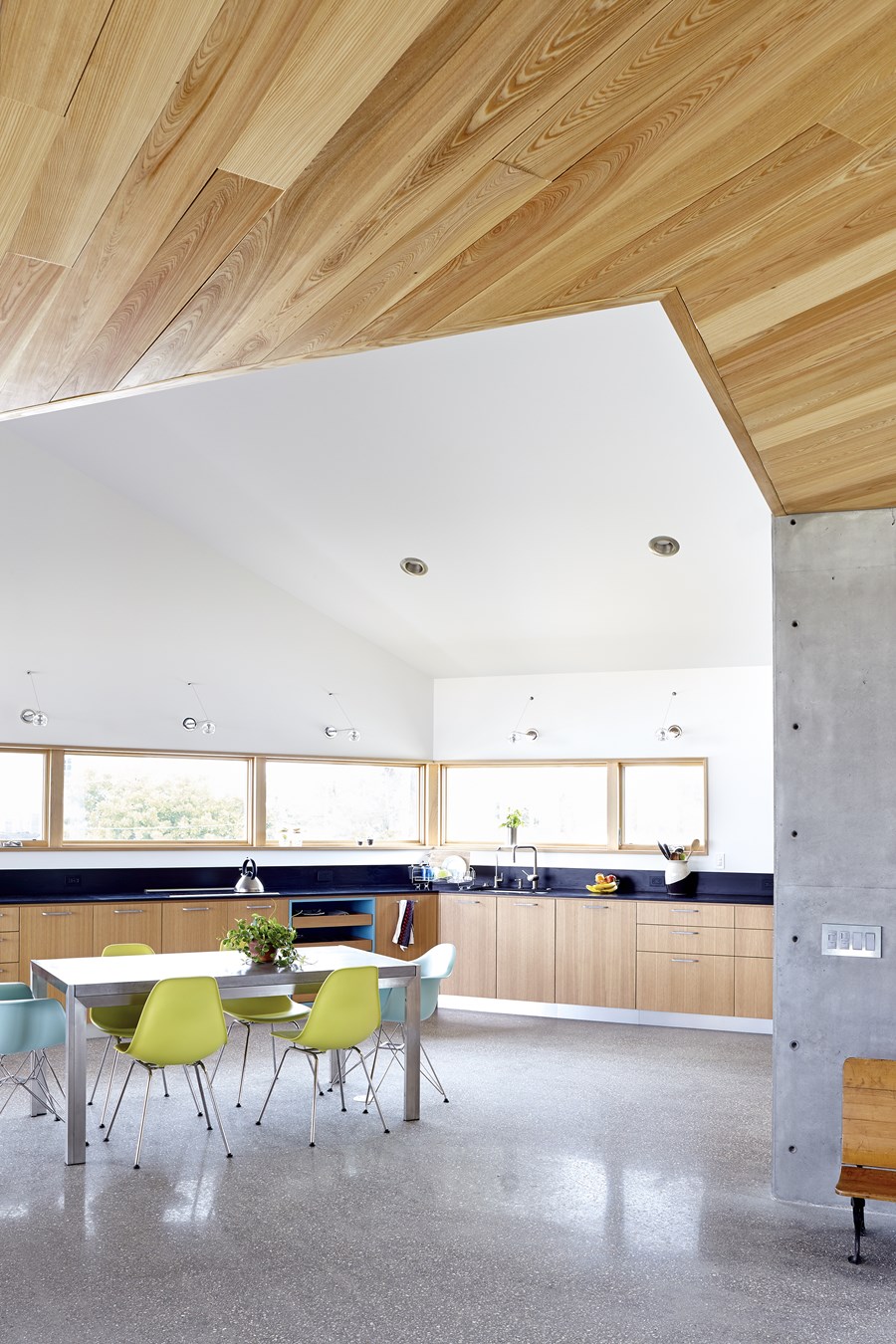 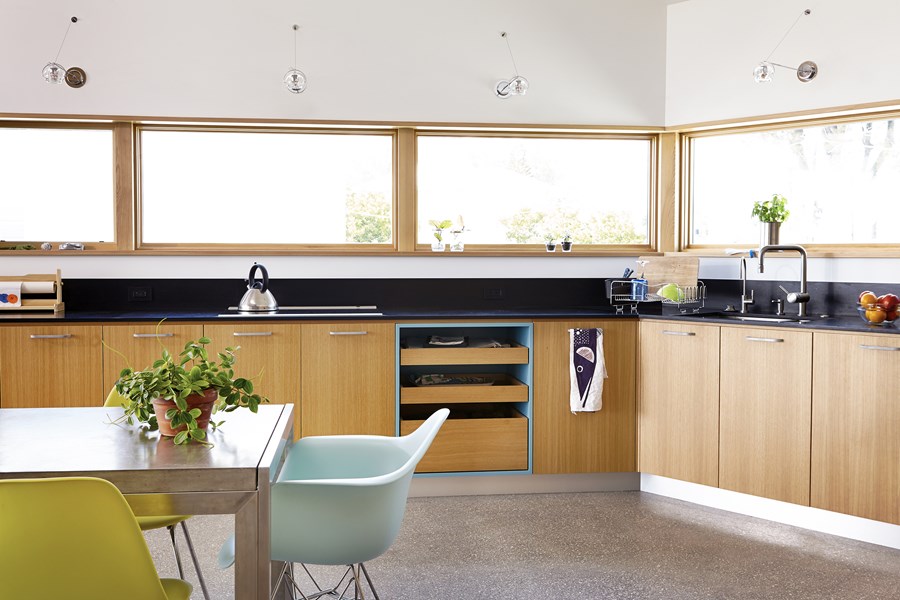 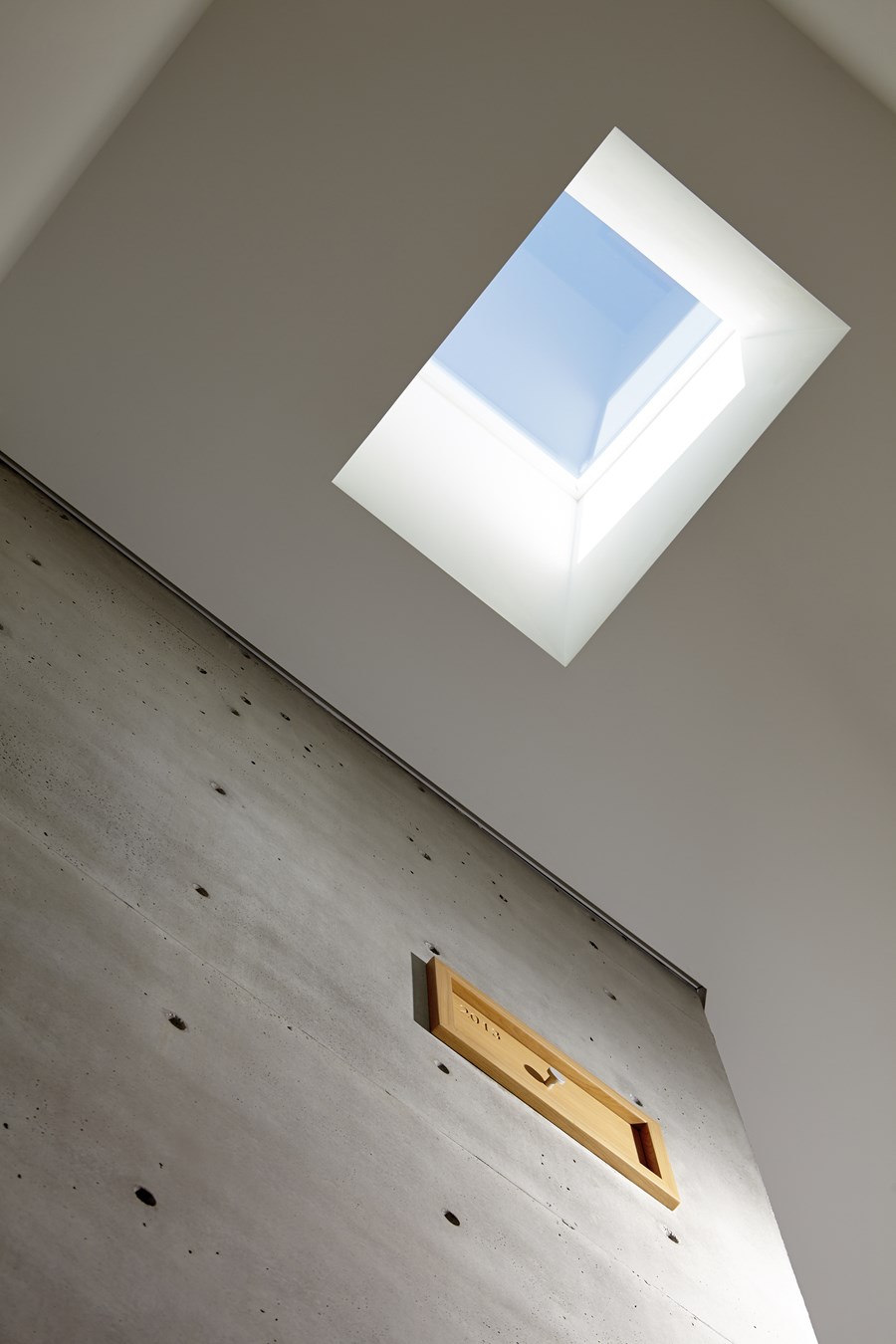 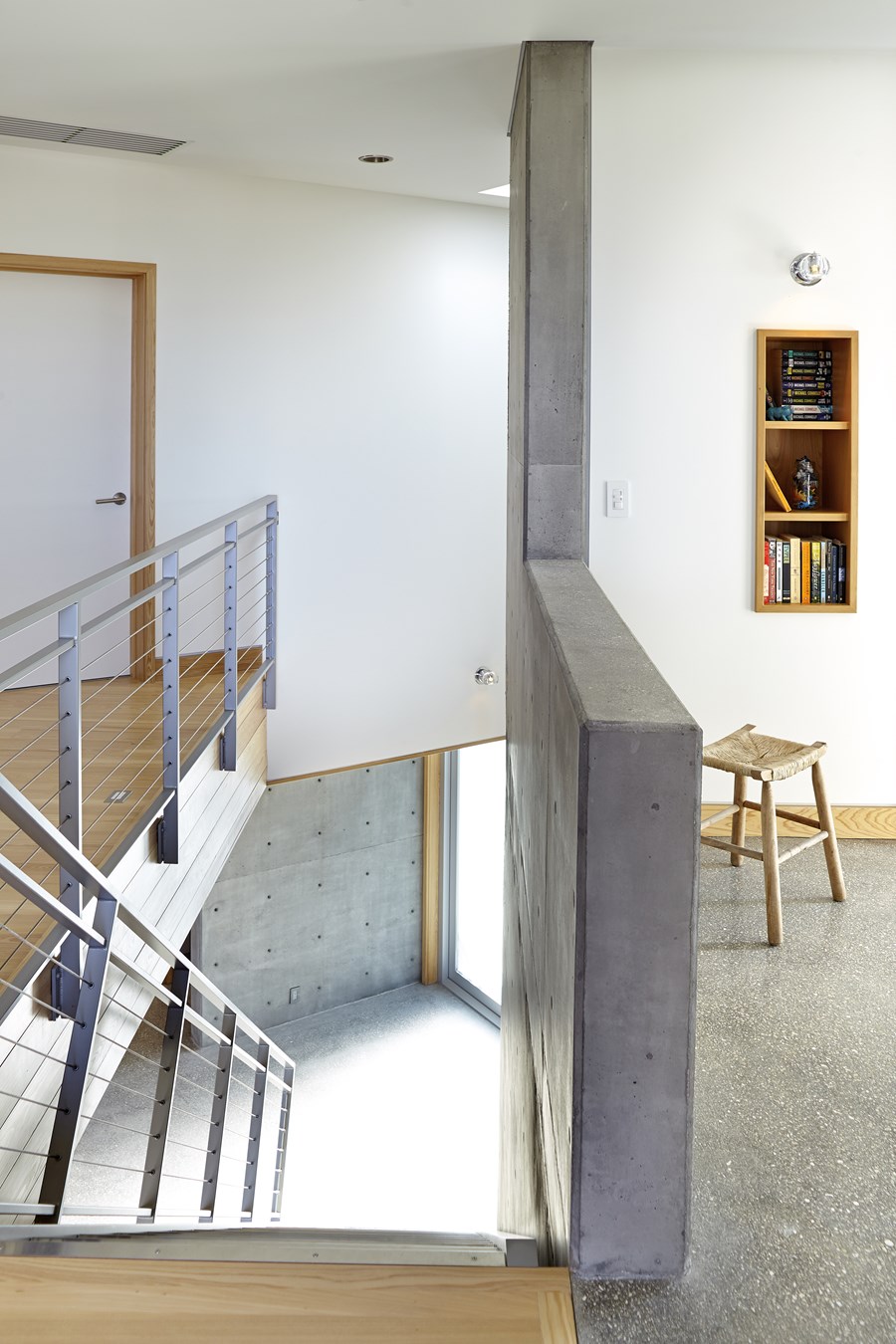 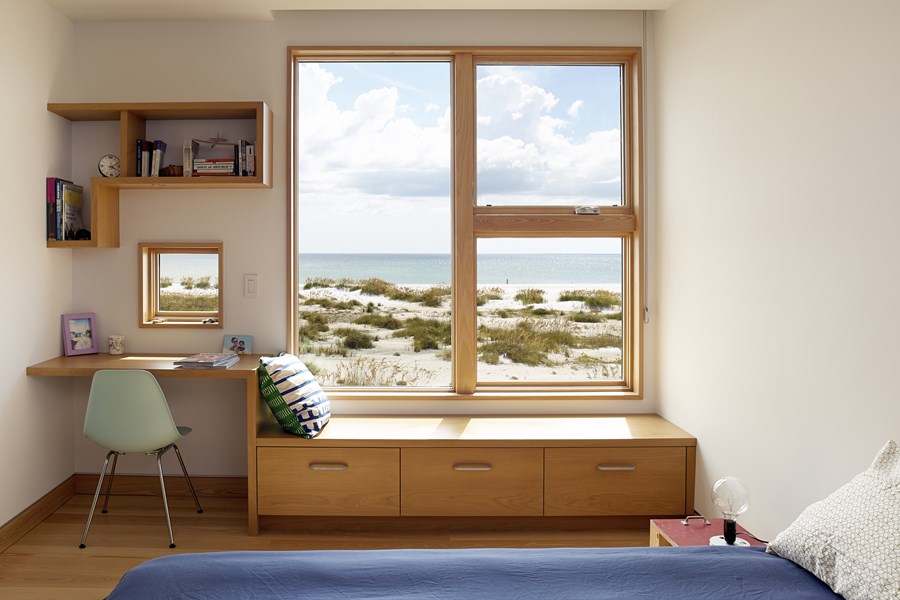 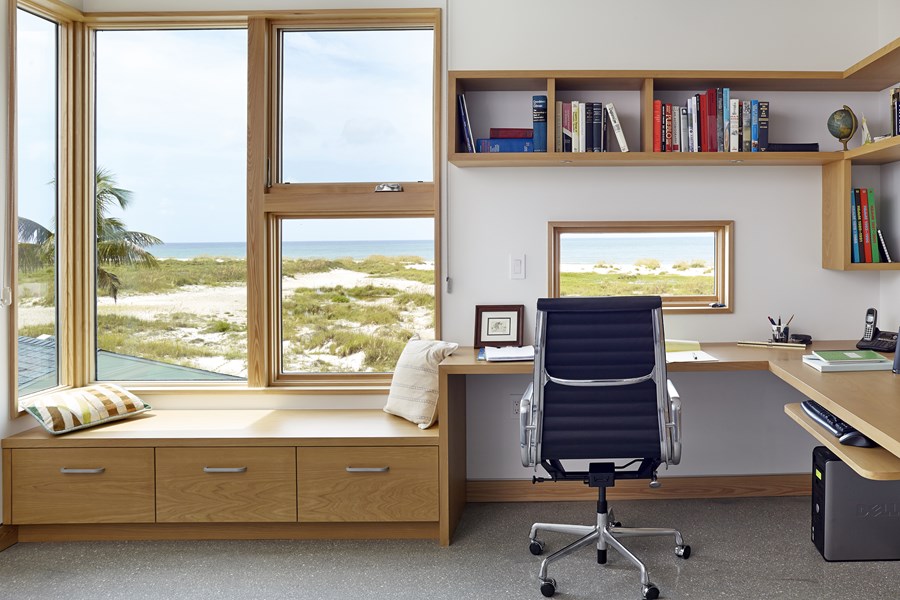 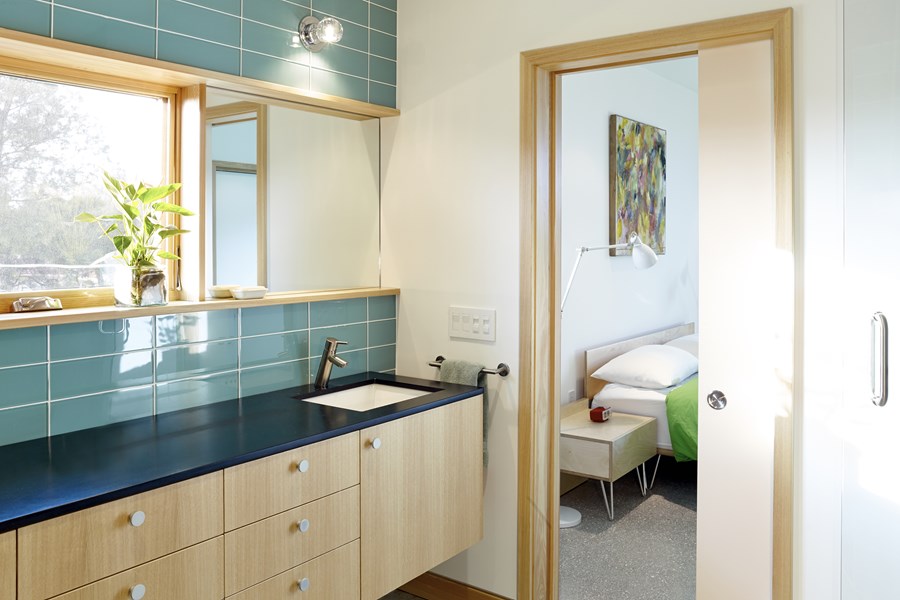 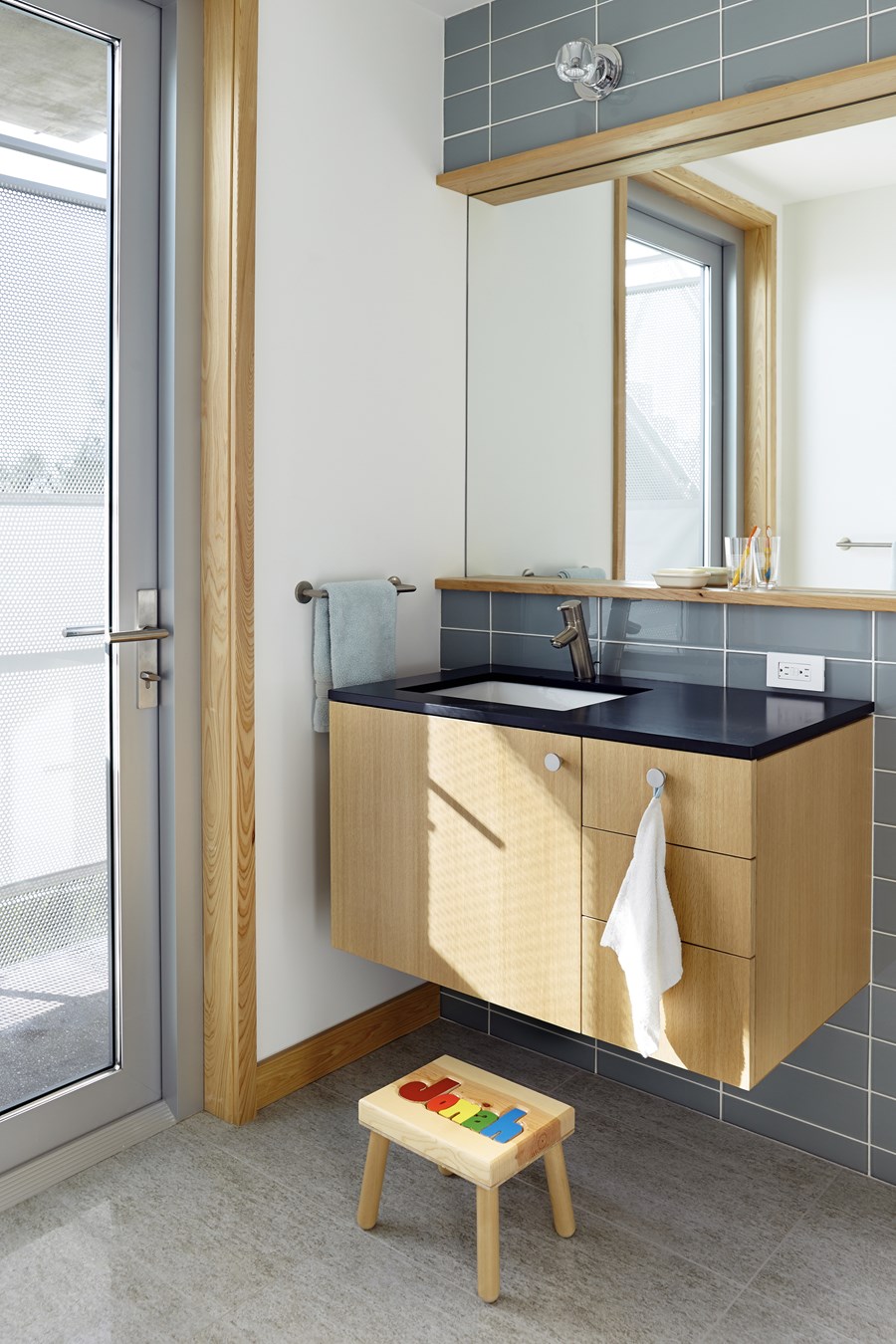 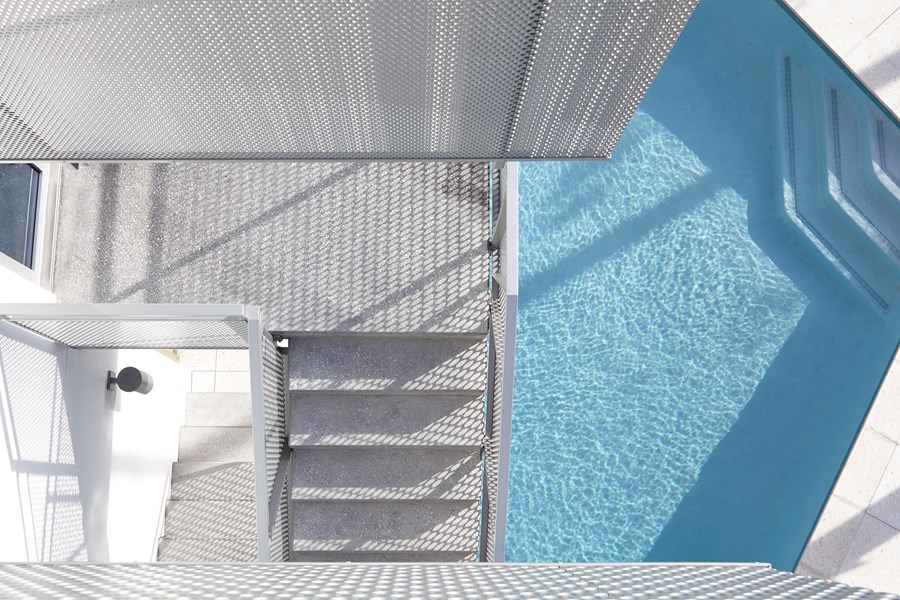 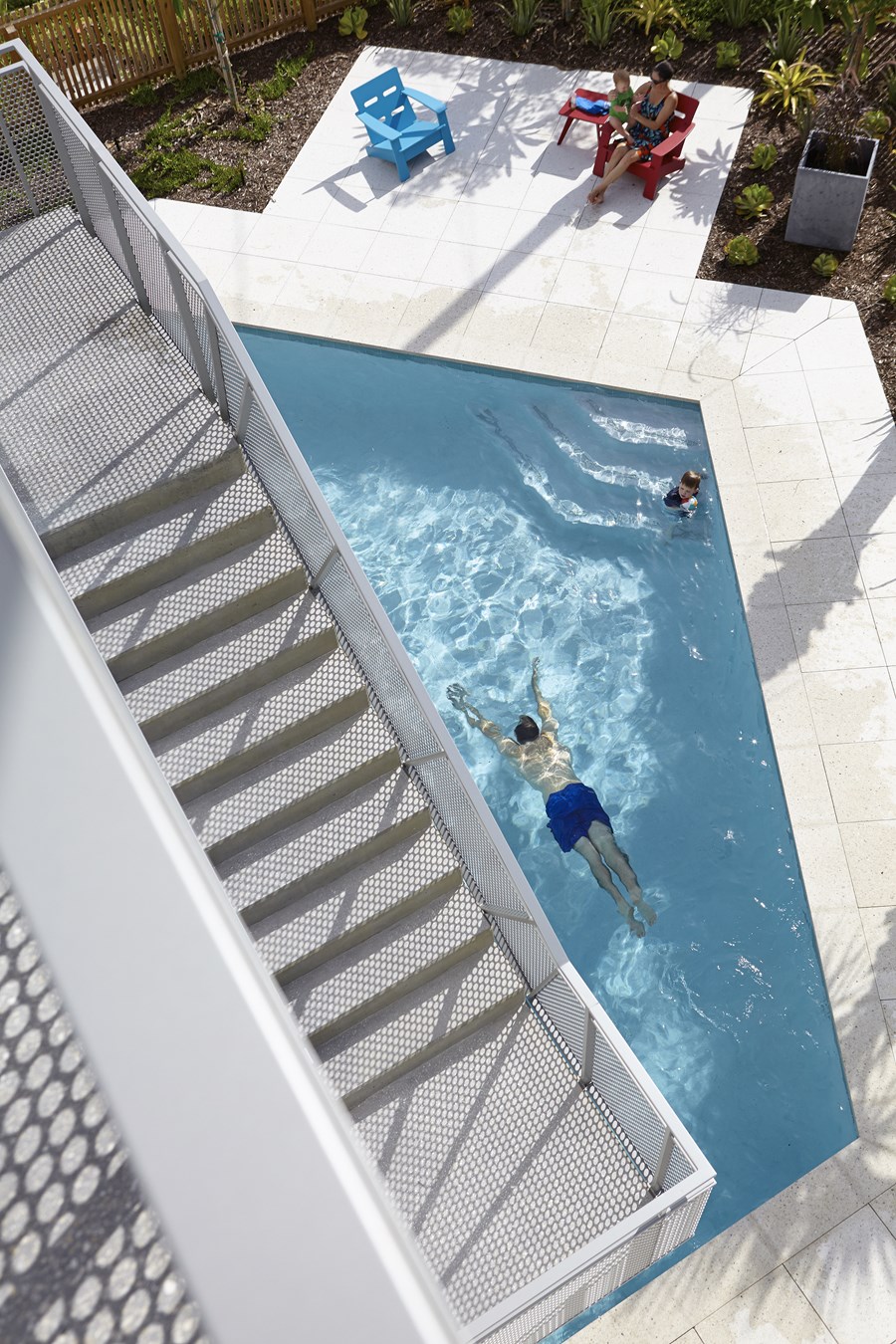 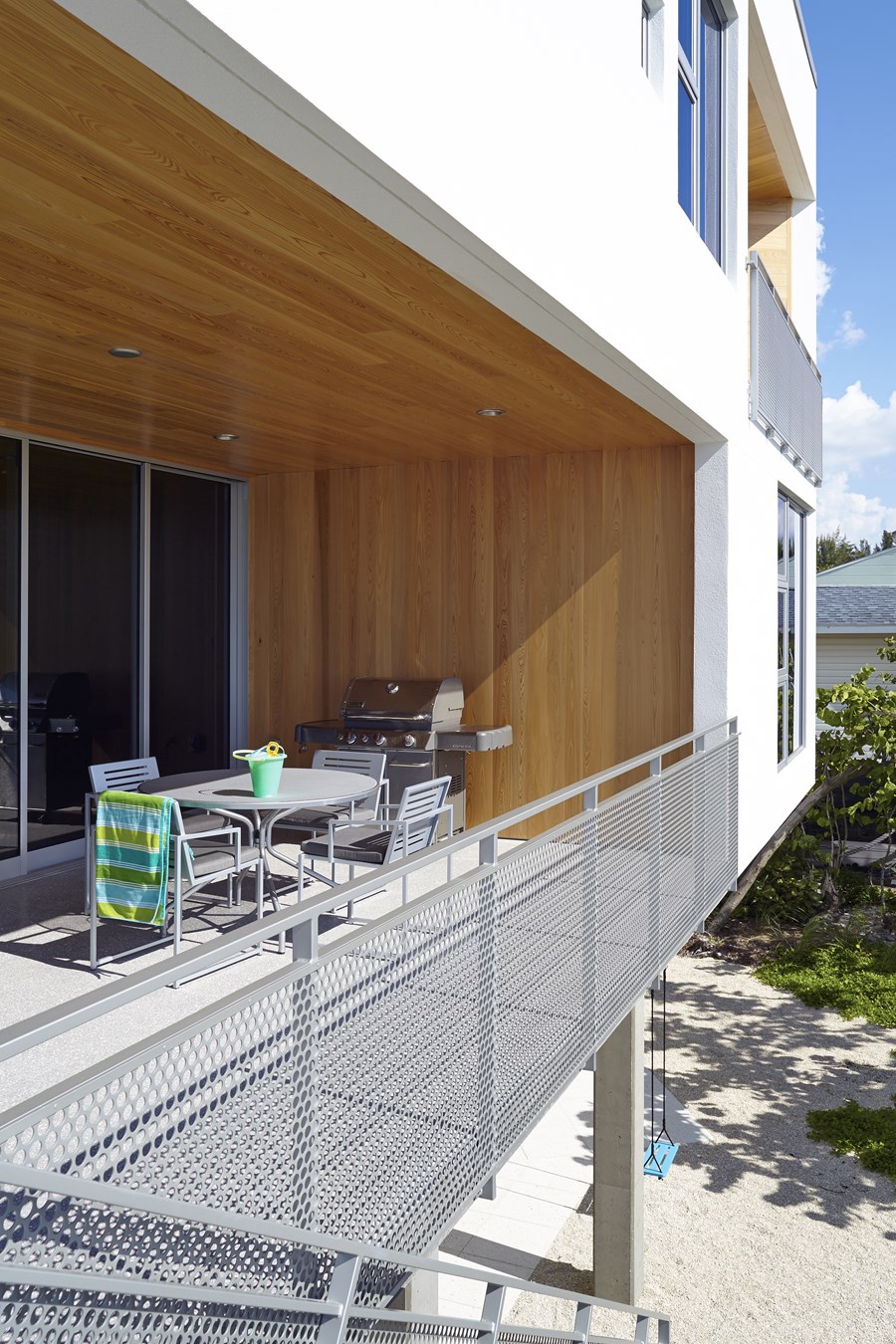 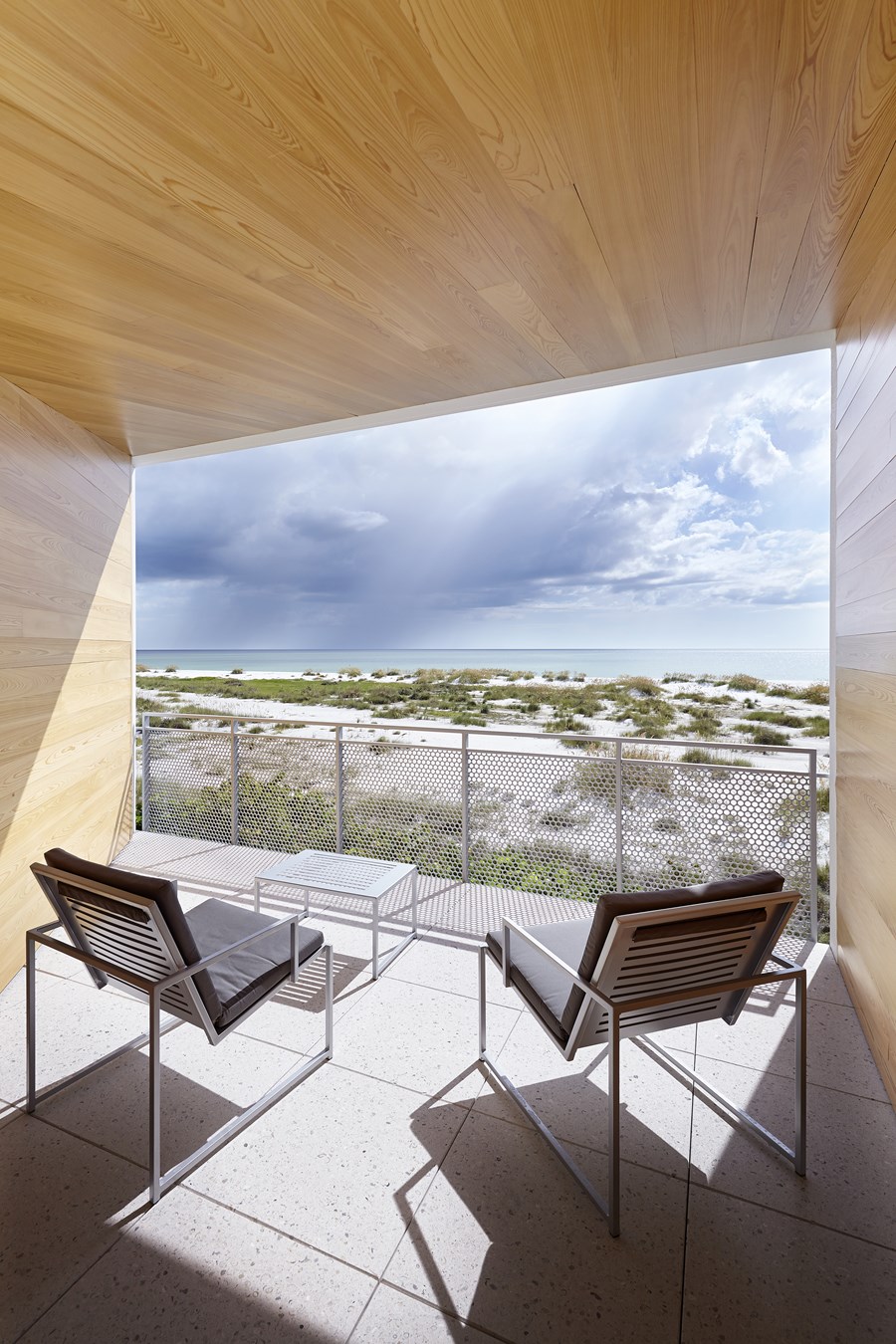 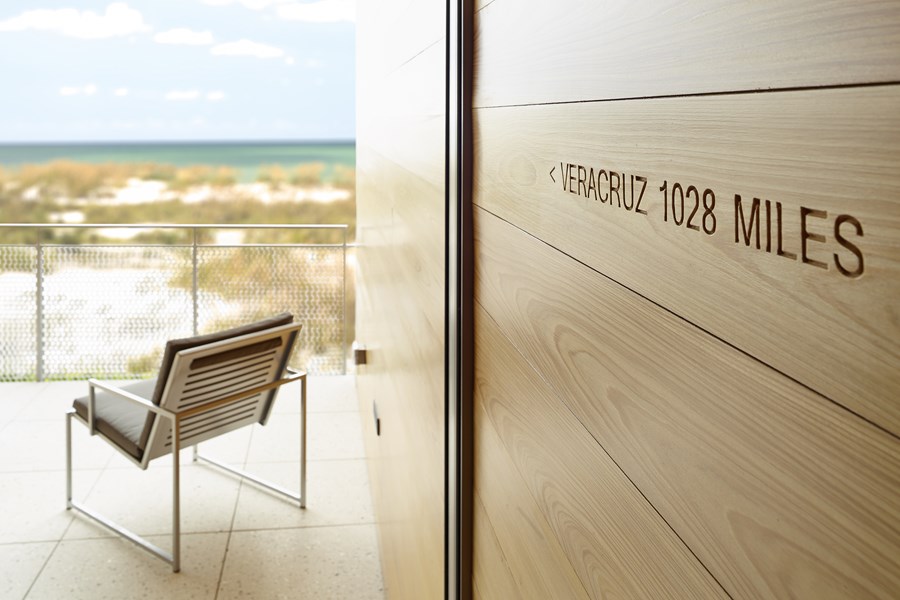 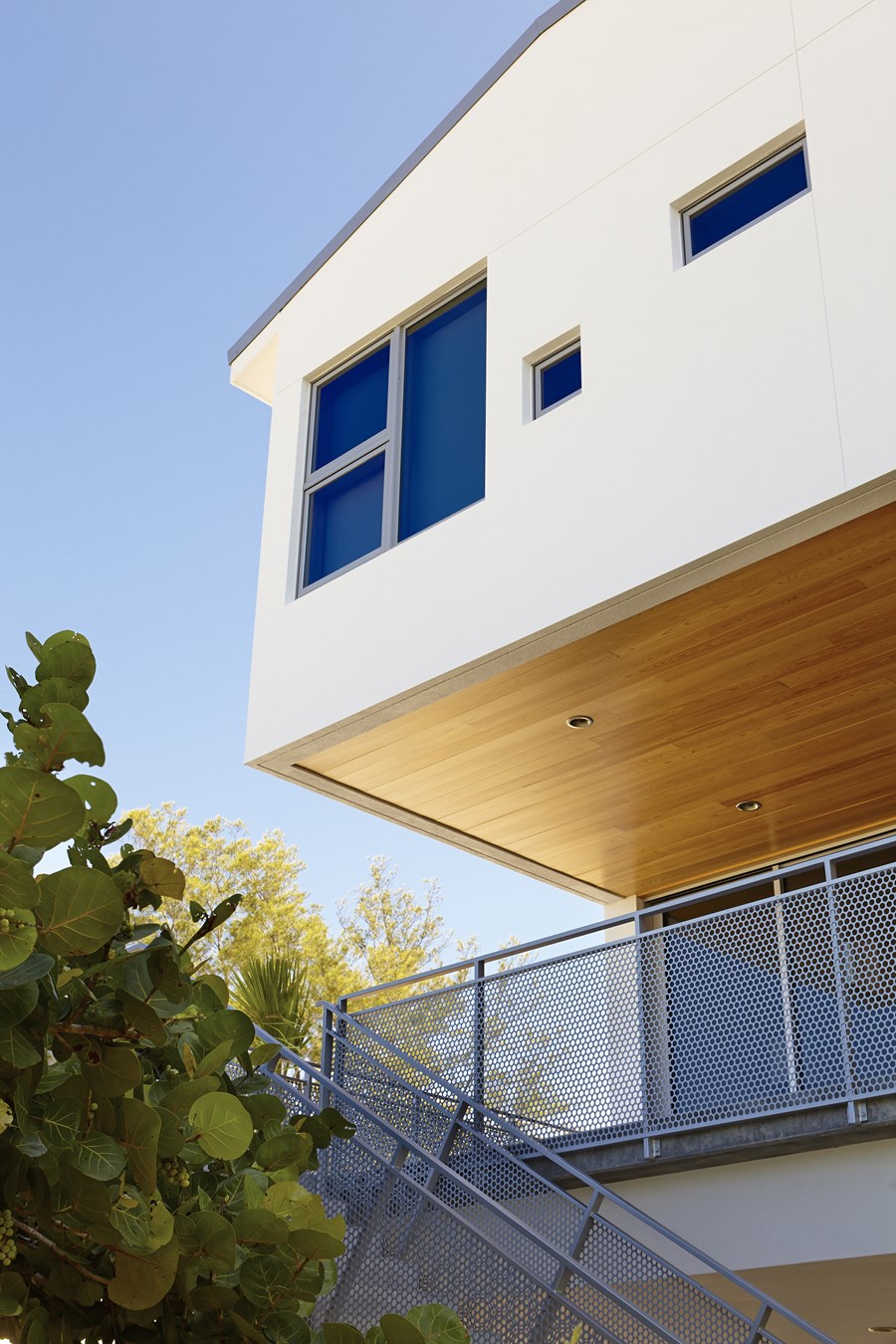 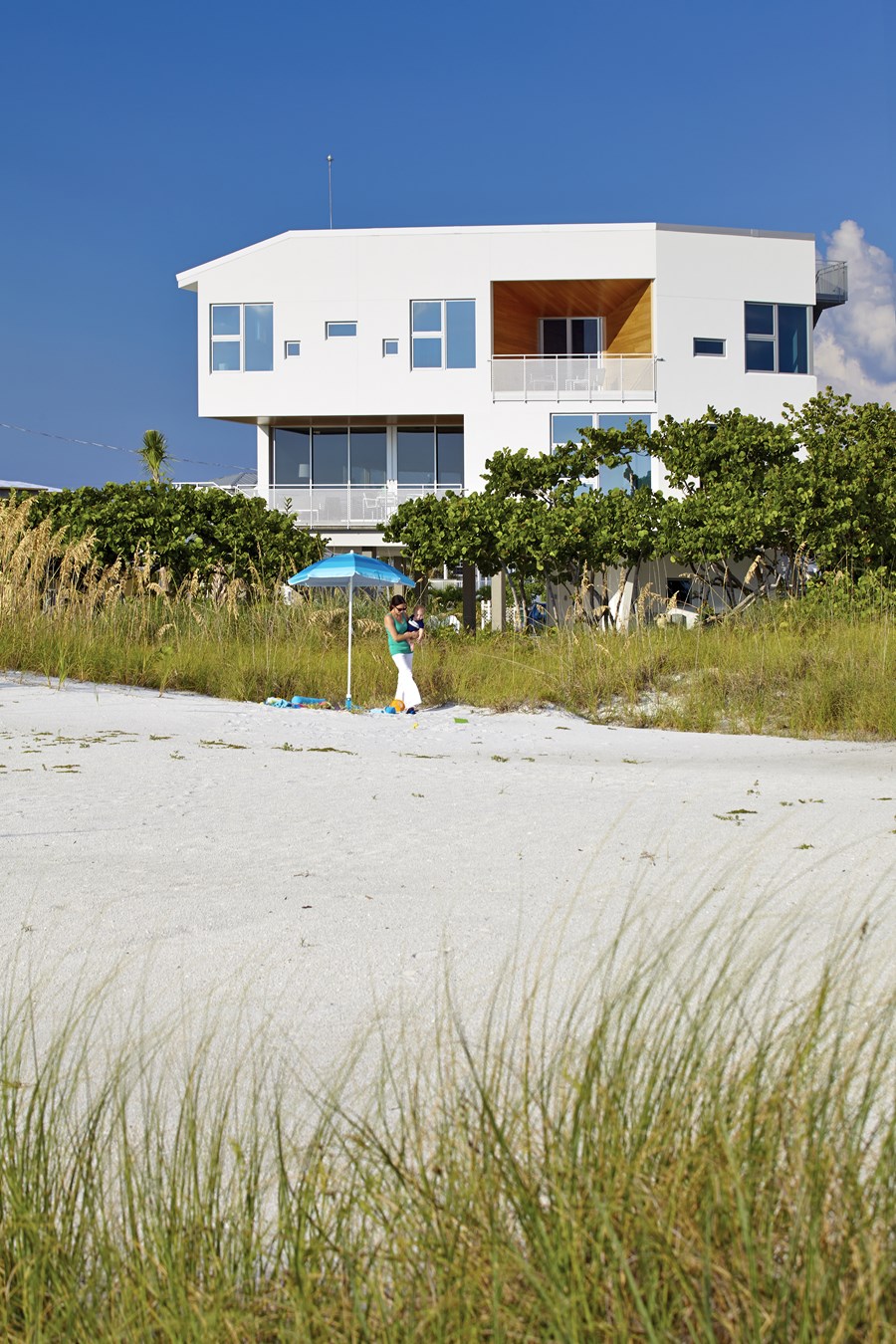 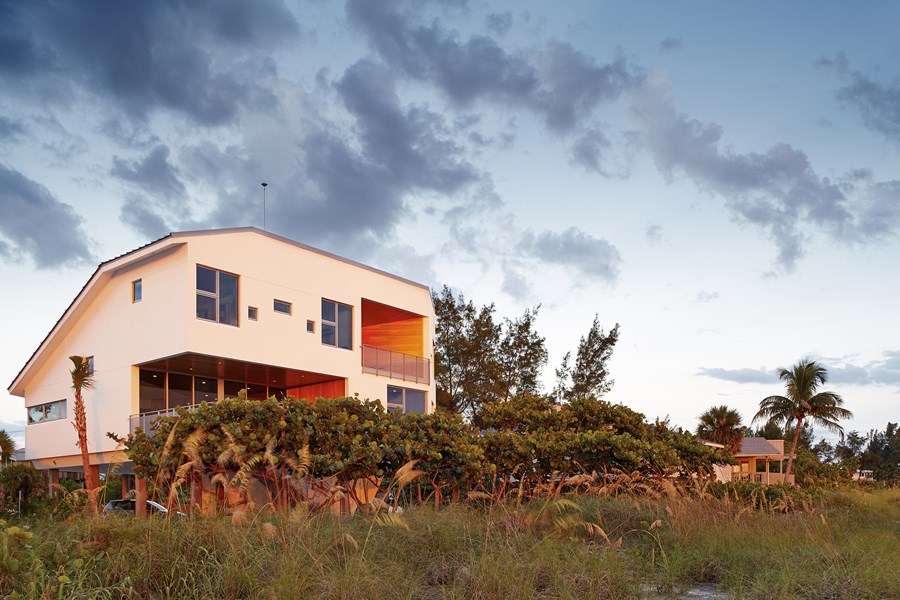 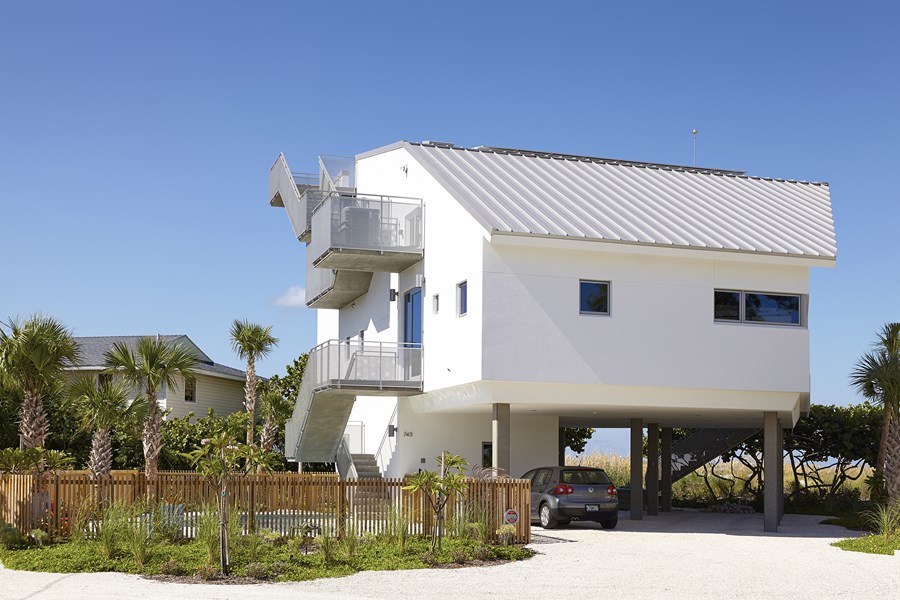 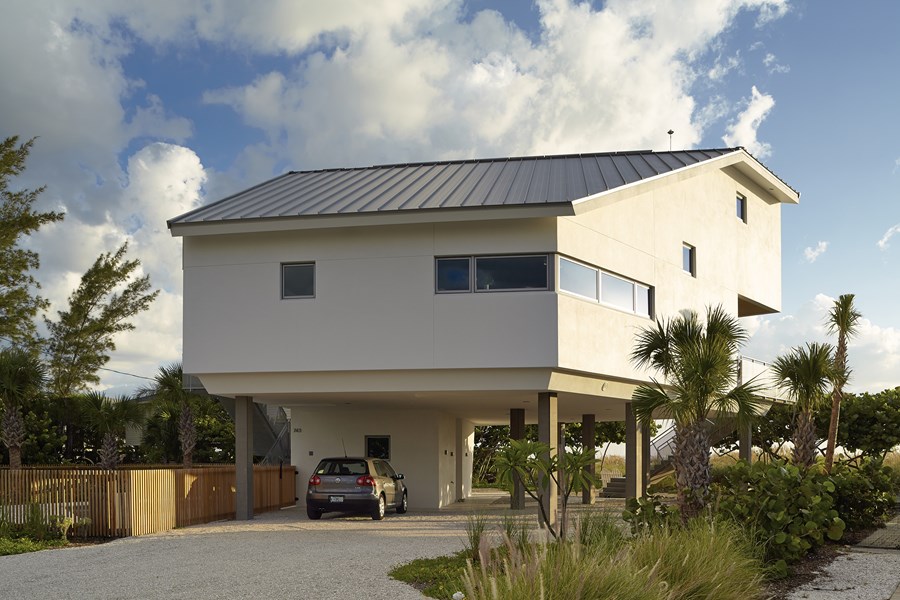 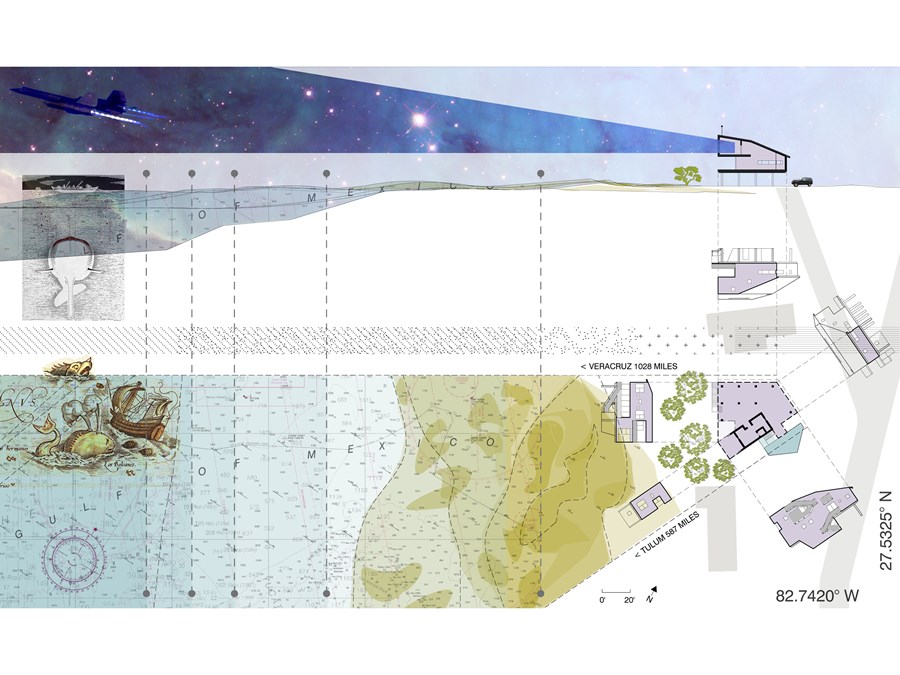 The Seagrape House is a weekend retreat on the Gulf of Mexico. Situated on a barrier island, the shape of the site shifts with each passing storm. During the course of the project, dunes emerged and multiplied, and the distance between the house and the coastline more than doubled. We conceived of the house as a physical anchor along the blurred edge between land and sea, a tool to understand the landscape and one’s place within it.
Permanence is expressed by selectively exposing the home’s poured concrete construction which resists hurricane forces and enables dramatic cantilevers. Livable spaces are elevated on concrete columns to protect the home from storm surge and to allow the dune vegetation to meander below. A megaphone-shaped deck is subtracted from the volume of the building to amplify the sound of crashing waves. Small details, such as an aluminum line inlaid into the concrete floor orient you due West, and carvings in the cypress wall cladding triangulate your position across the Gulf of Mexico to Tulum and Veracruz, a nod to distant civilizations. A time capsule containing family mementos was cast into the concrete shear wall, reinforcing the notion of the house as a constant as time passes and children grow.
The home’s wedge-shaped form was derived from the desire to achieve both volumetric and thermal efficiency while maximizing views of the Gulf. Bedrooms were envisioned as spaces of quiet respite with cypress built-ins that frame the sea to promote contemplative study. Photovoltaic panels provide the bulk of the home’s energy needs. The Seagrape House is the first LEED Platinum certified home on Anna Maria Island.
Photography: Moris Moreno