Quattro Apartment Building is a project designed byLuciano Lerner Basso in 2016, covers an area of 890 sqm and is located in Caxias do Sul, Brazil. 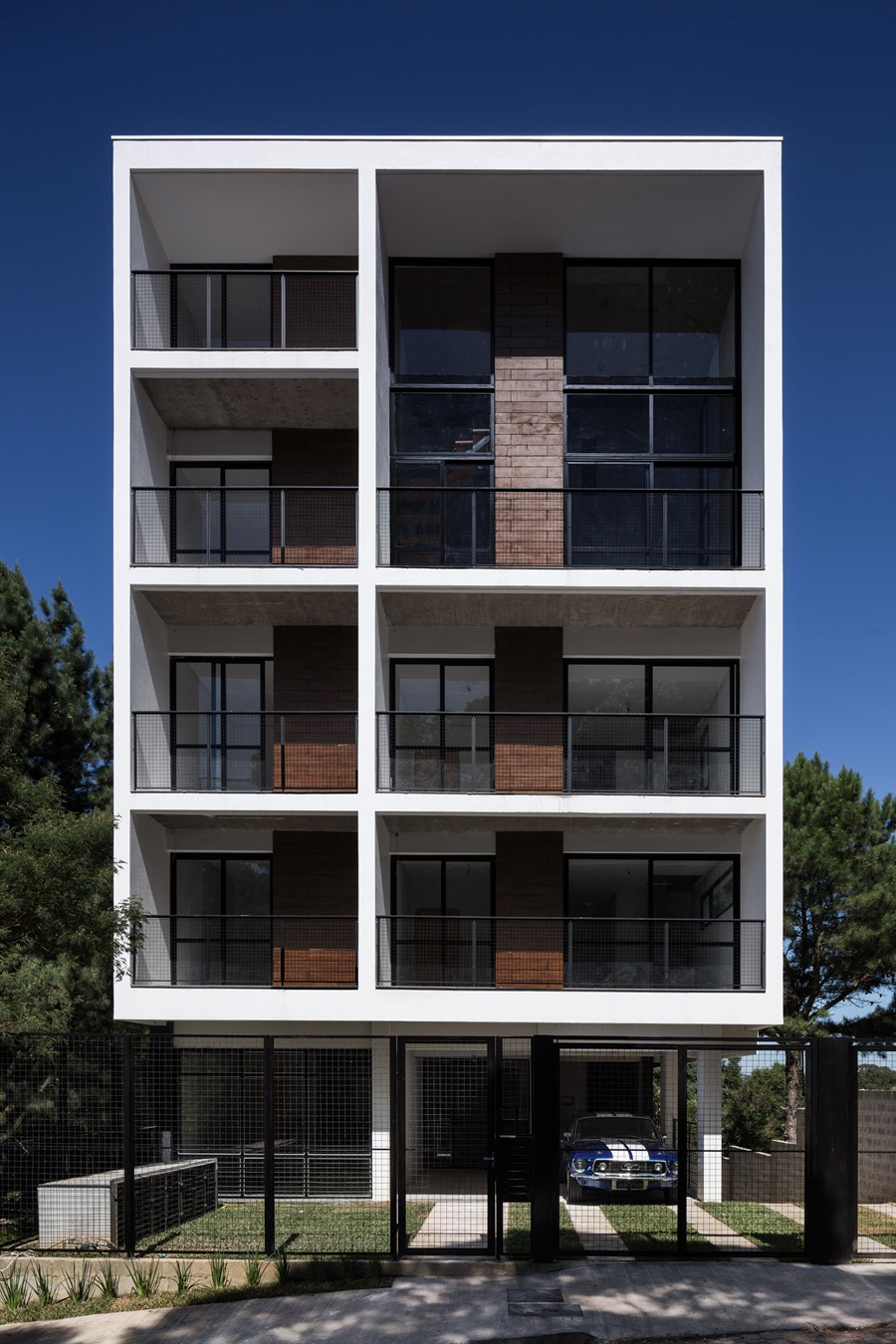 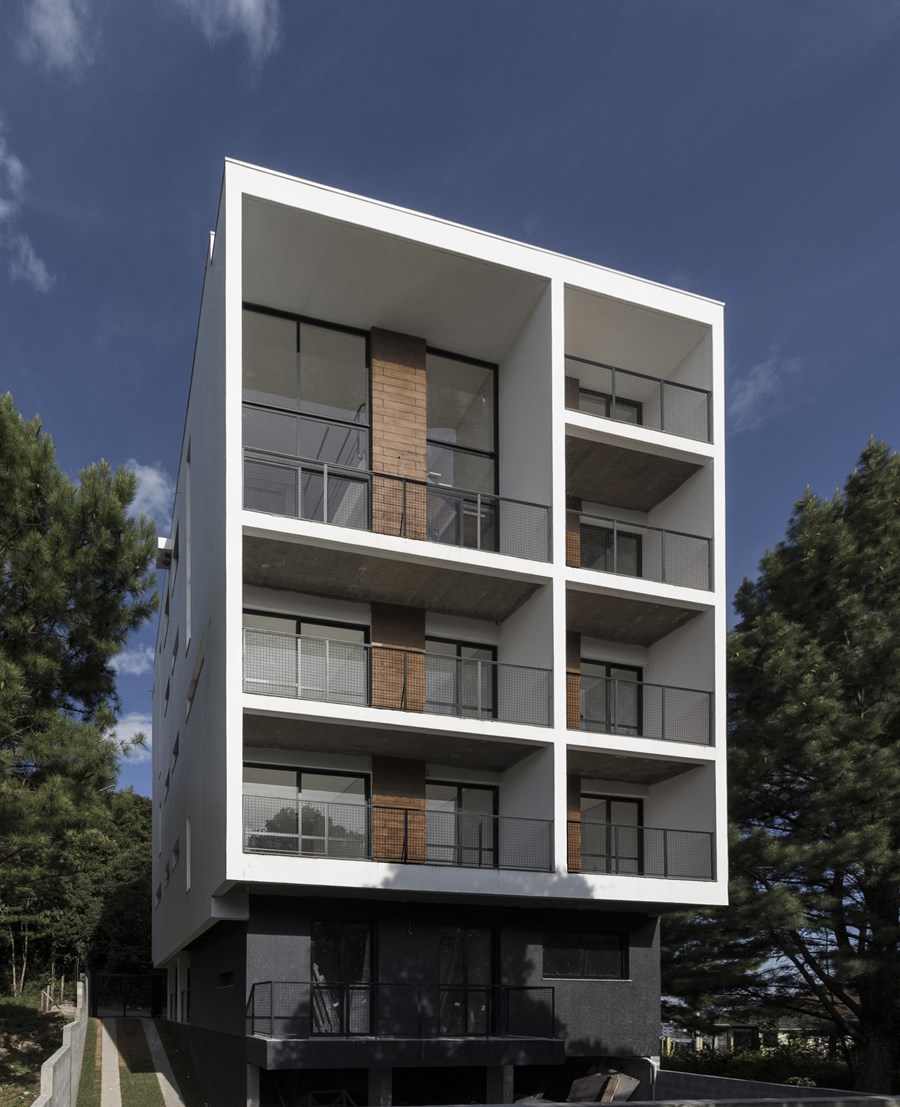 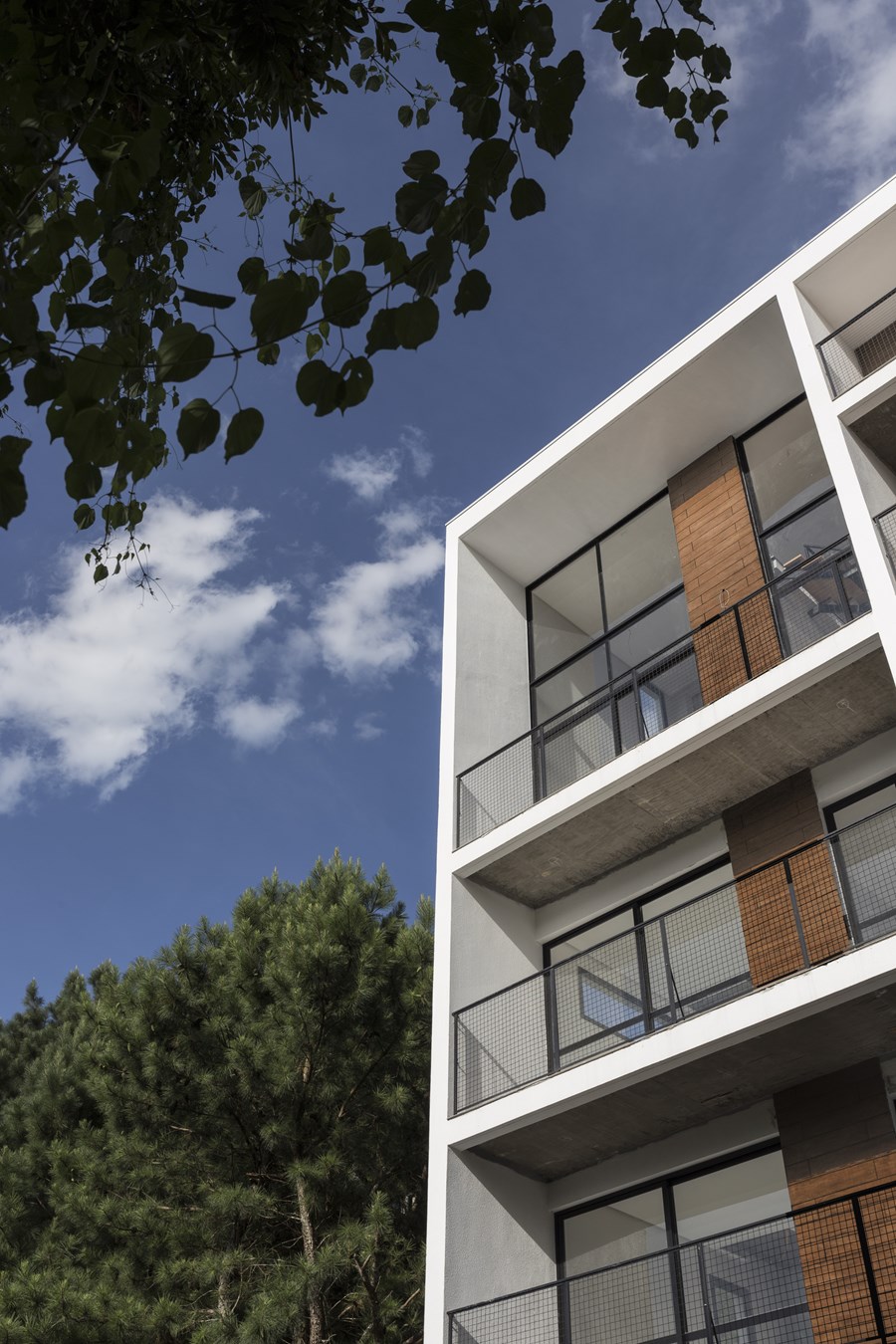 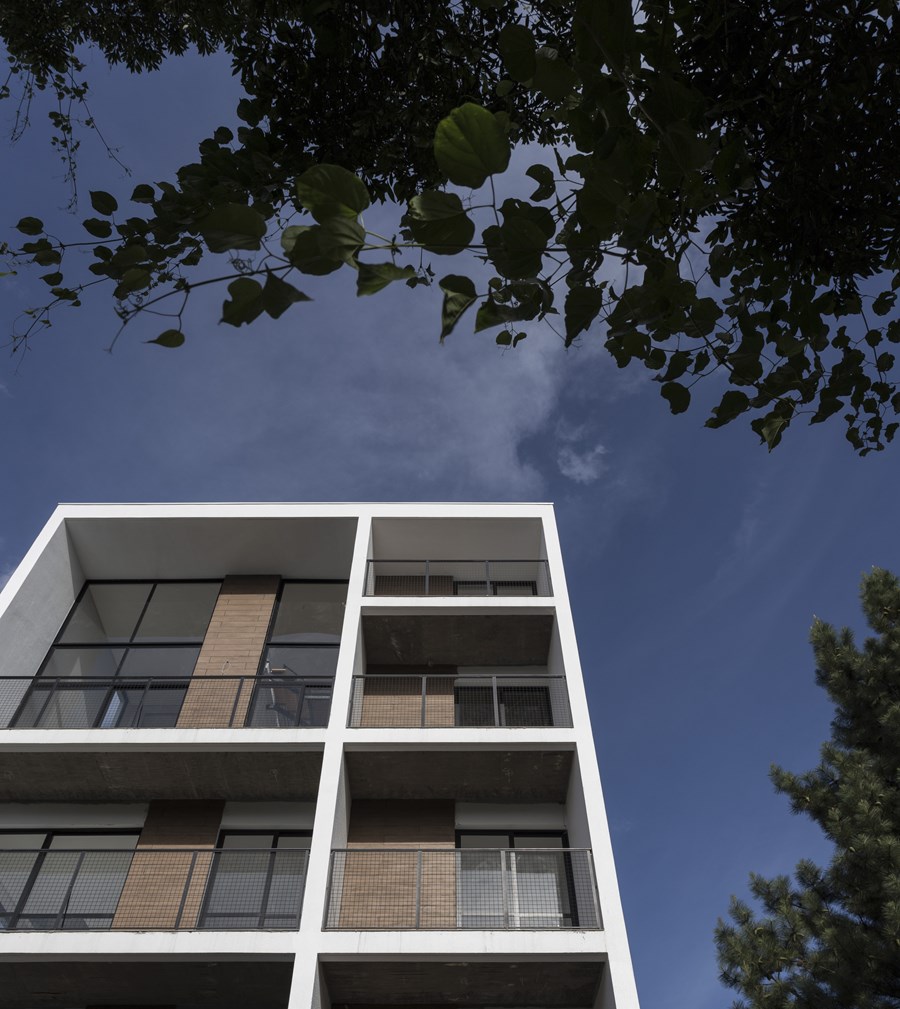 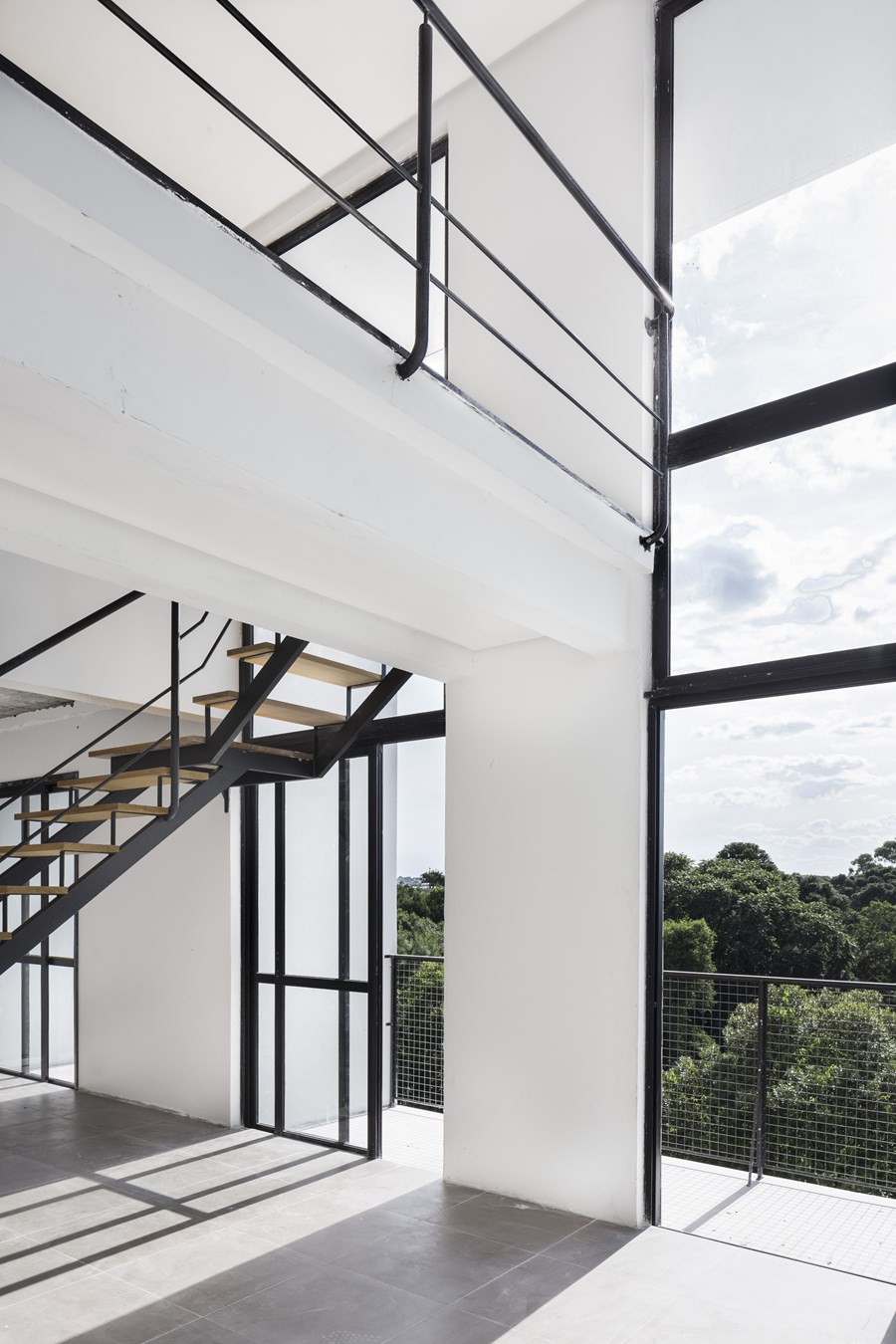 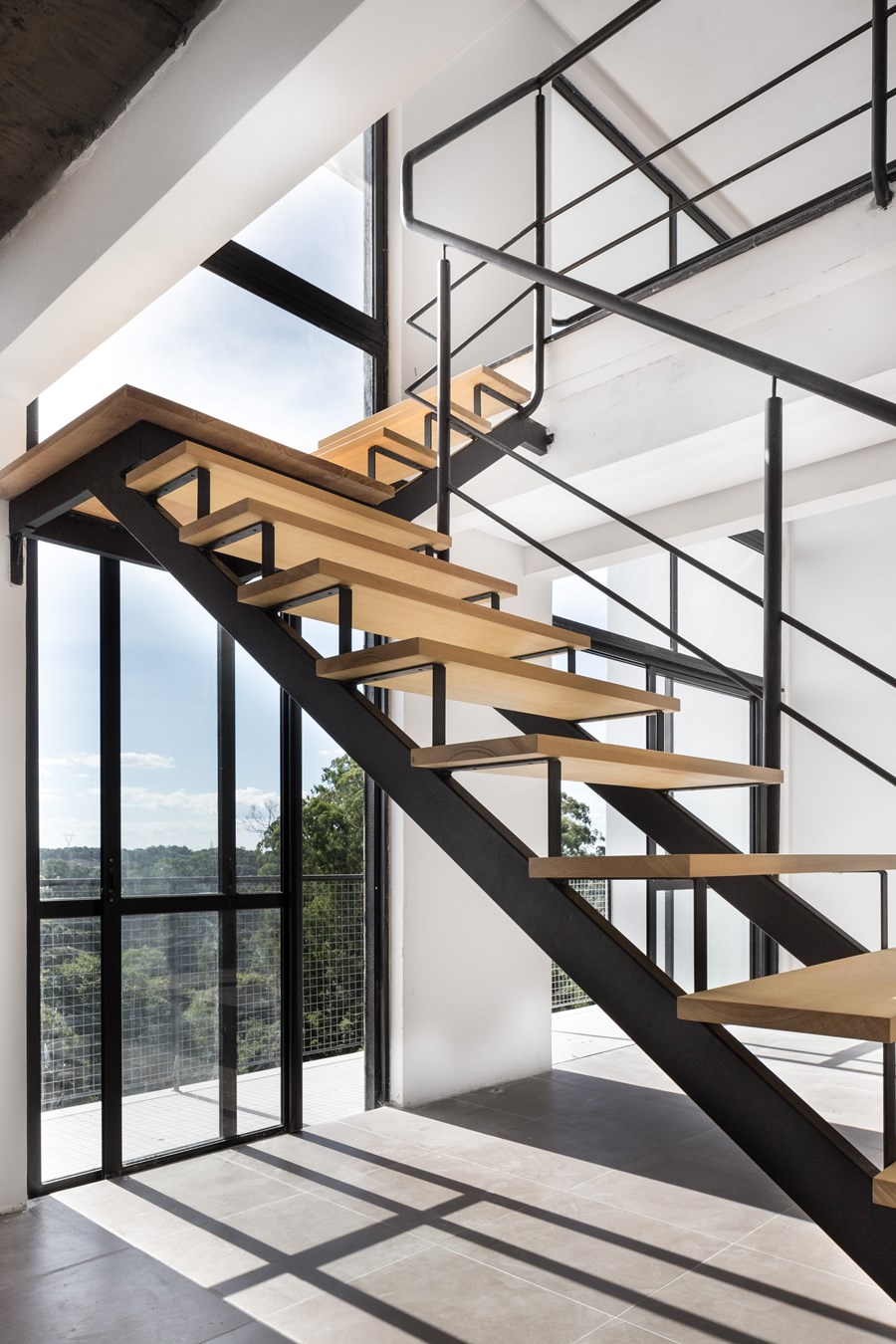 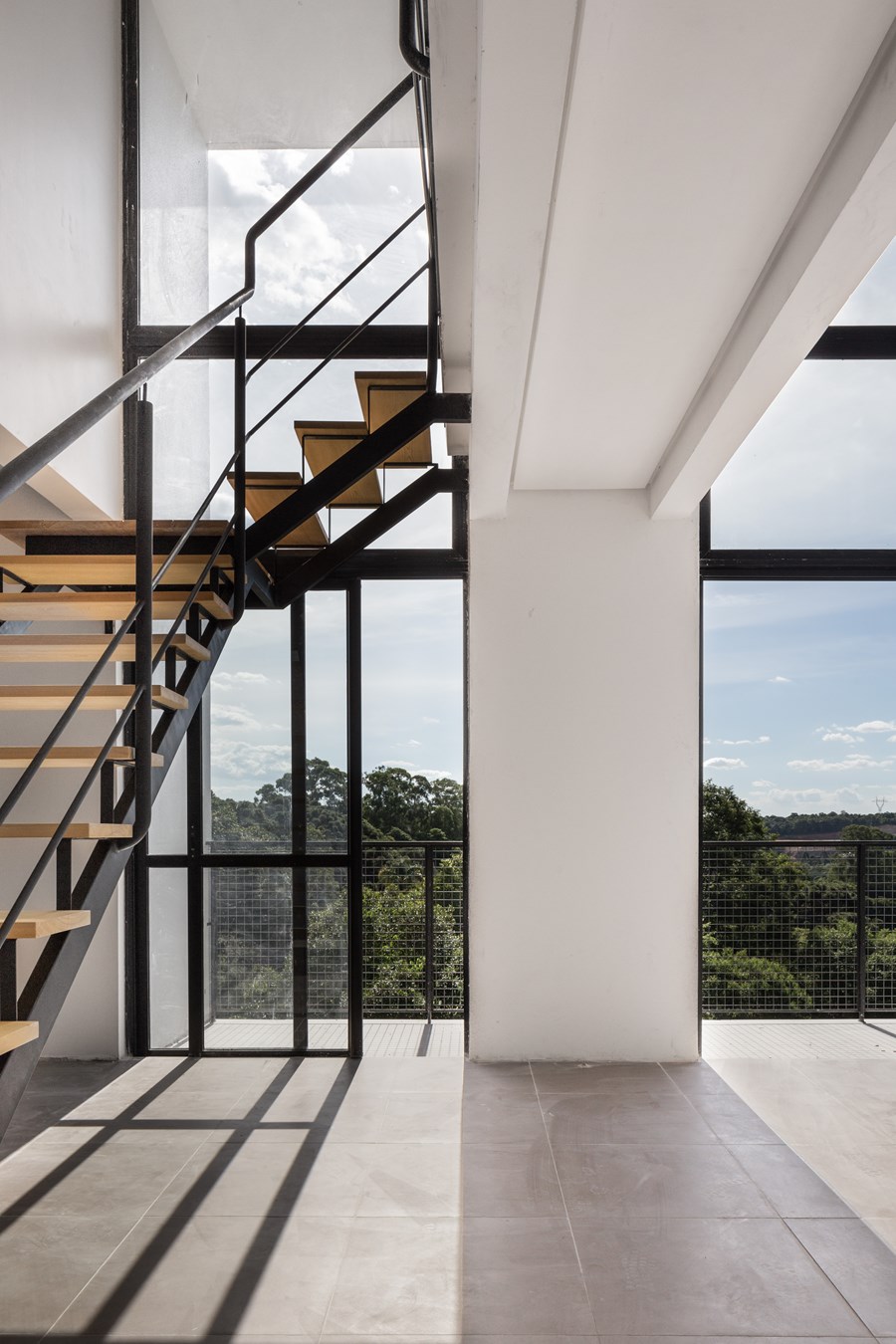 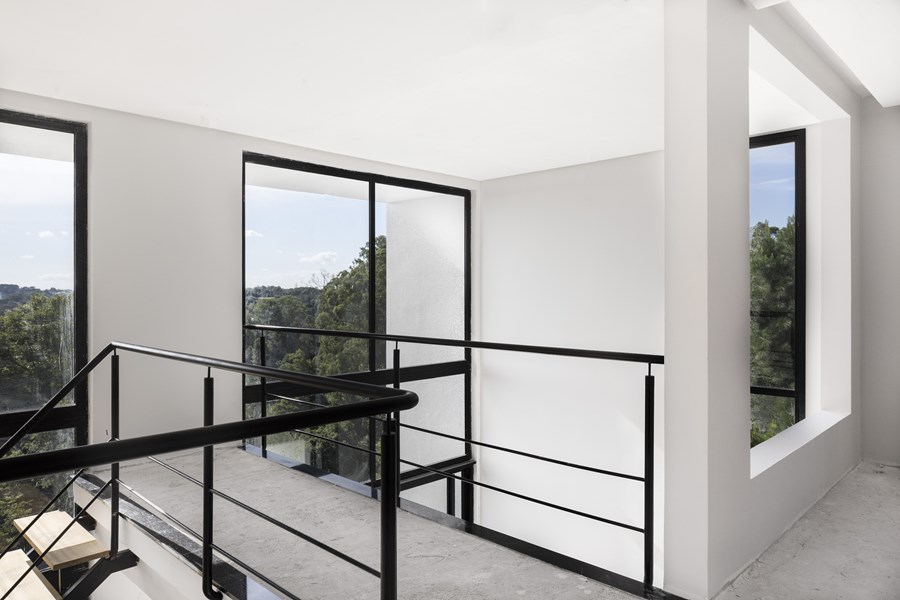 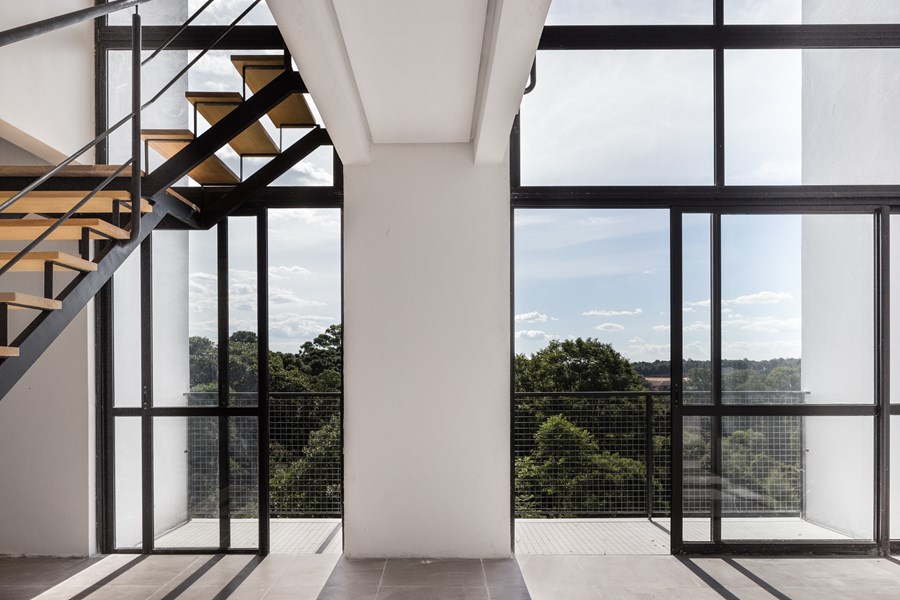 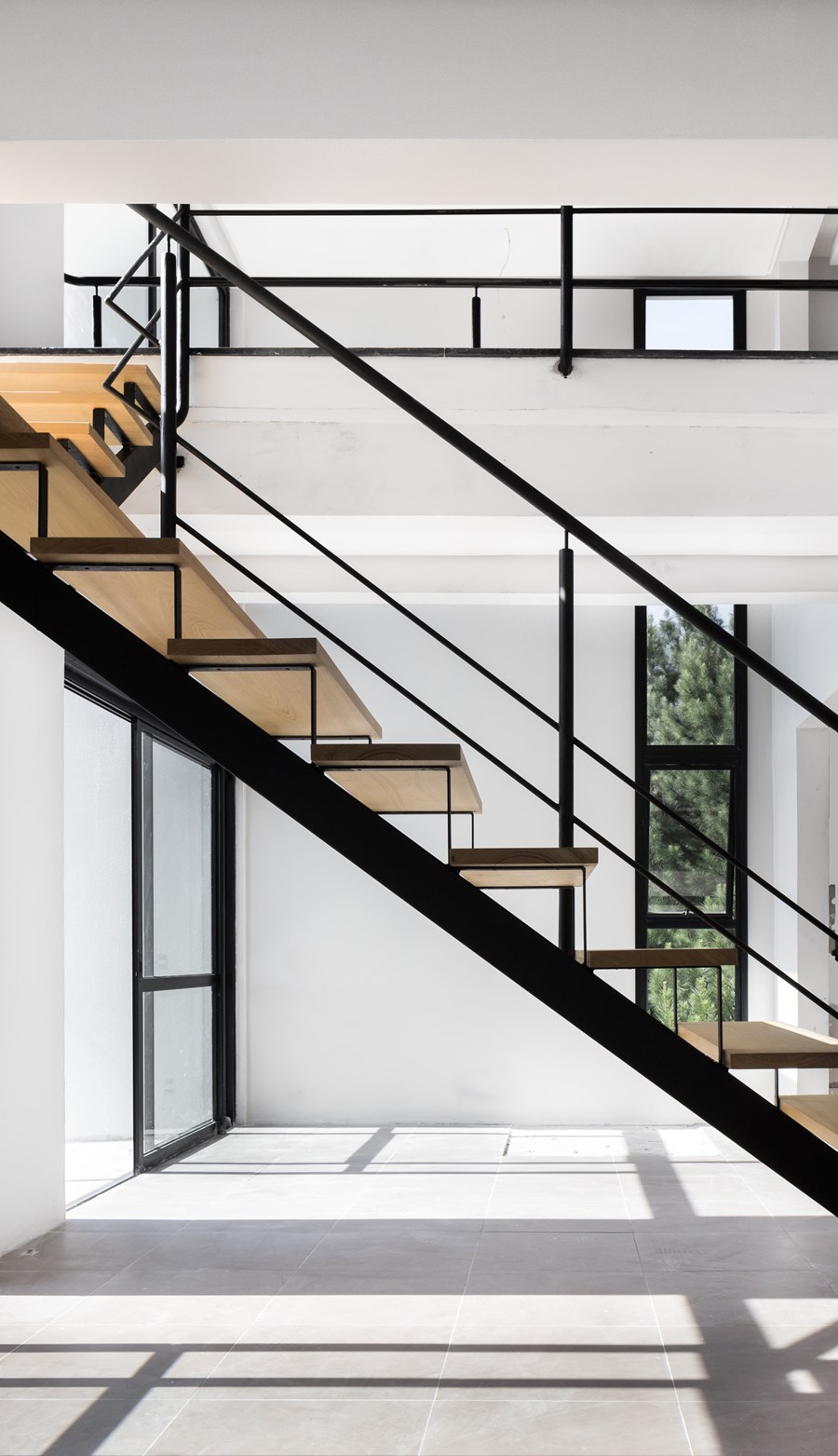 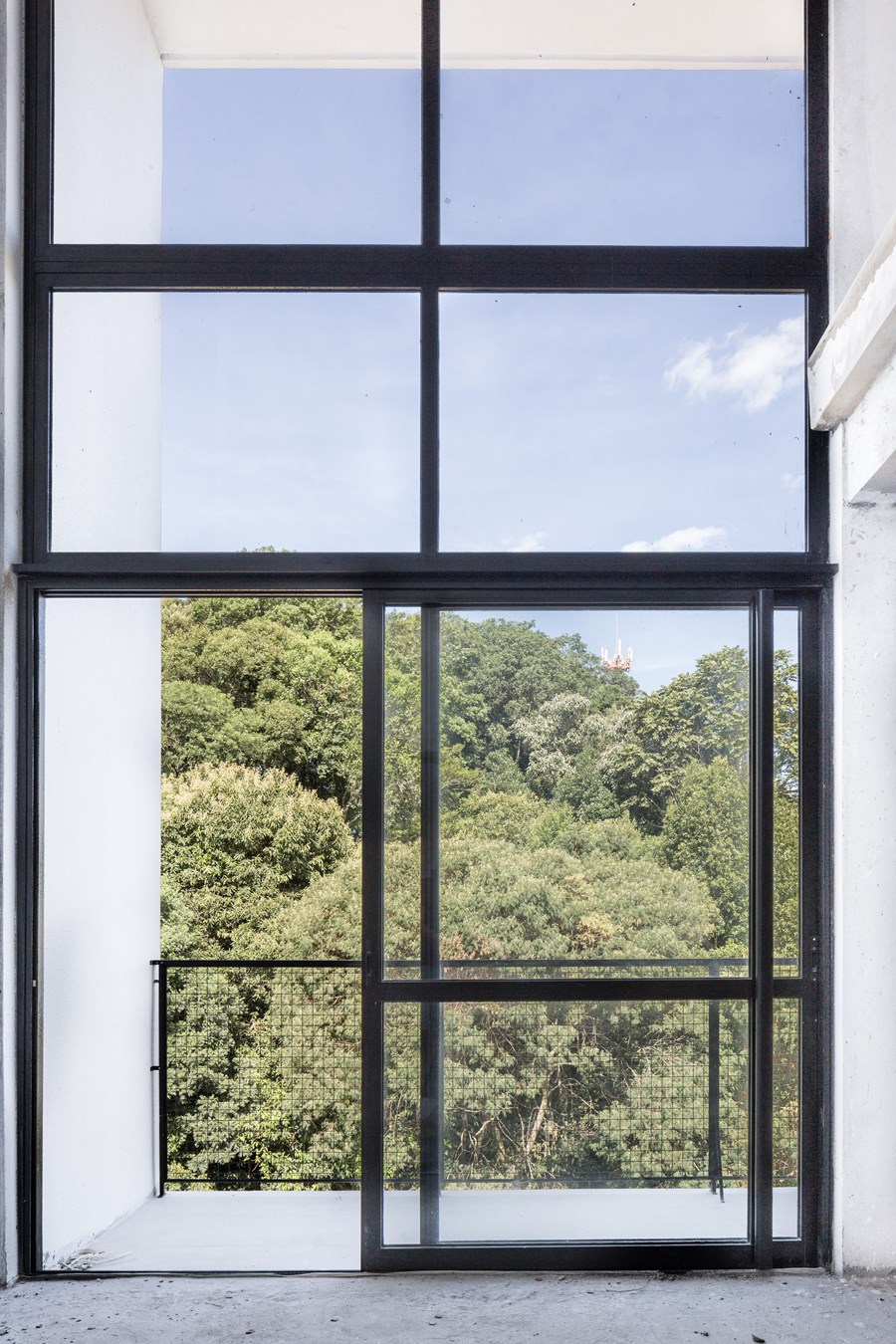 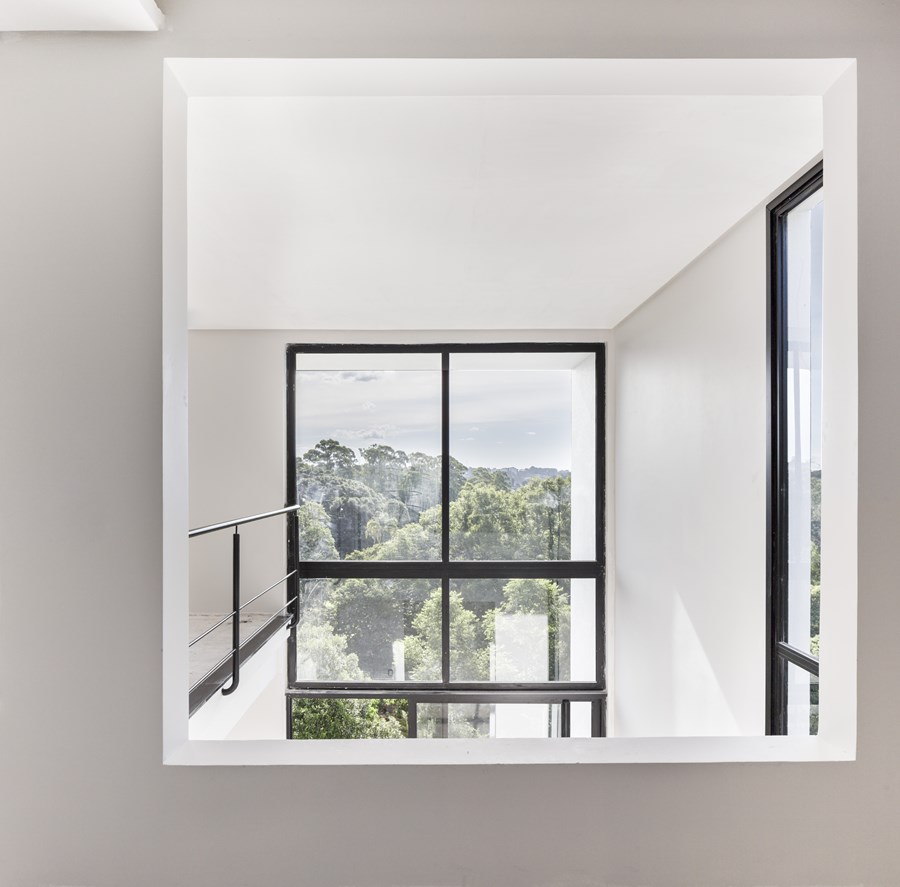 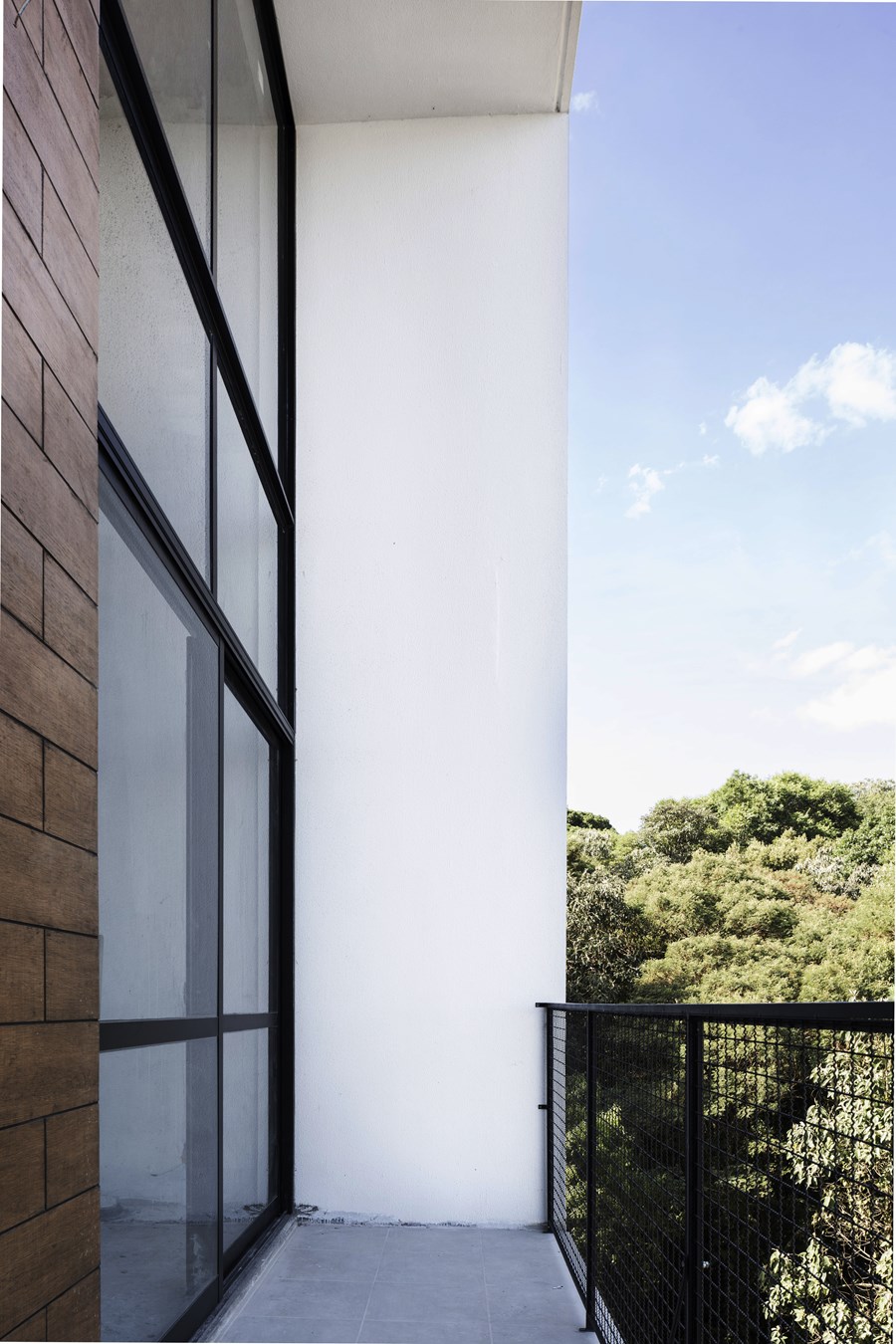 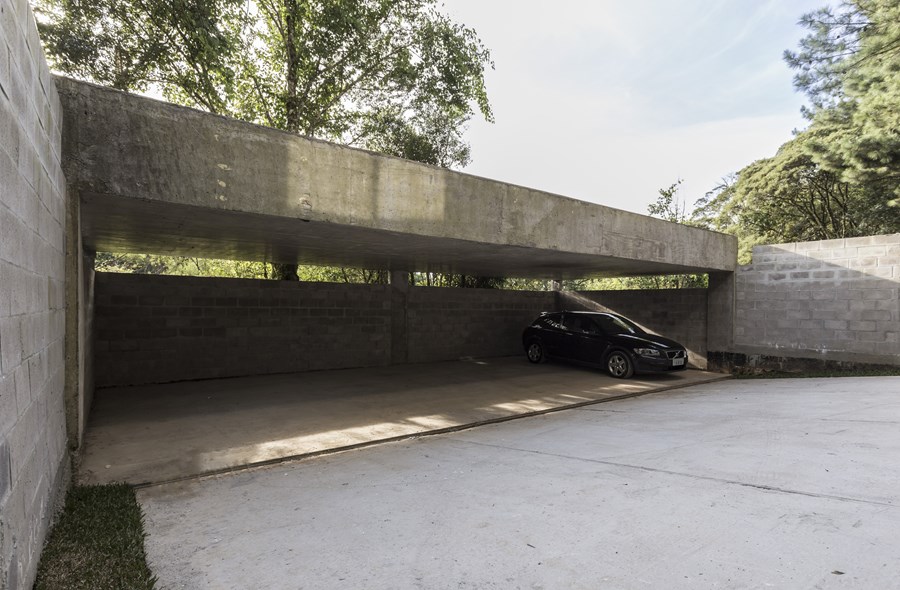 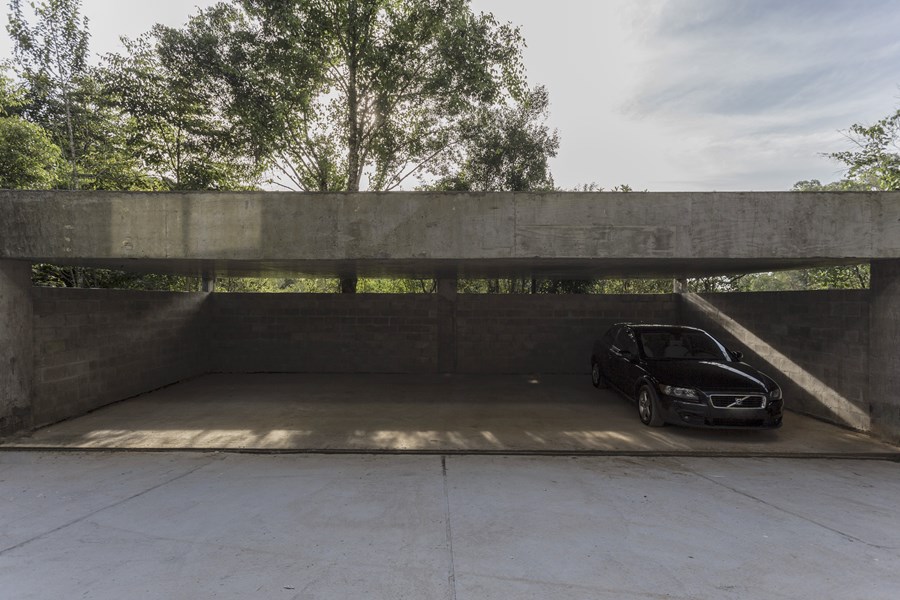 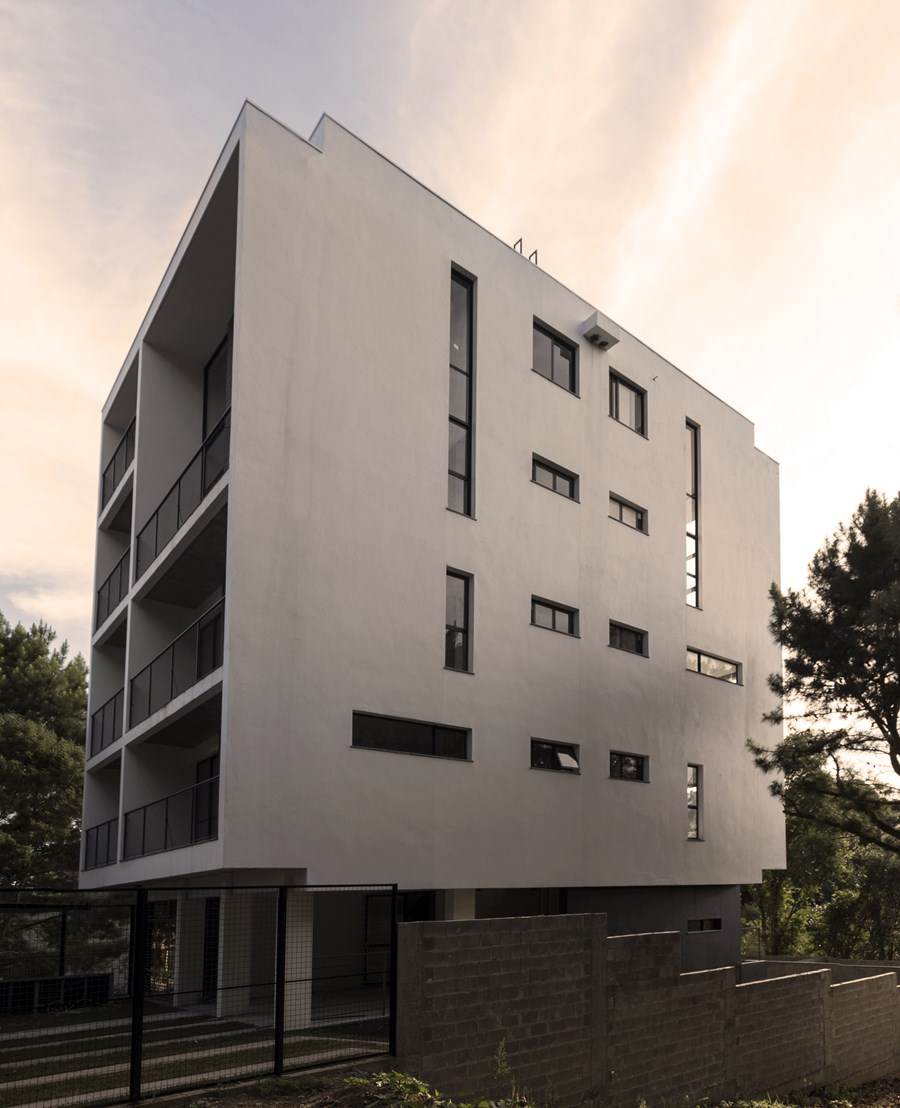 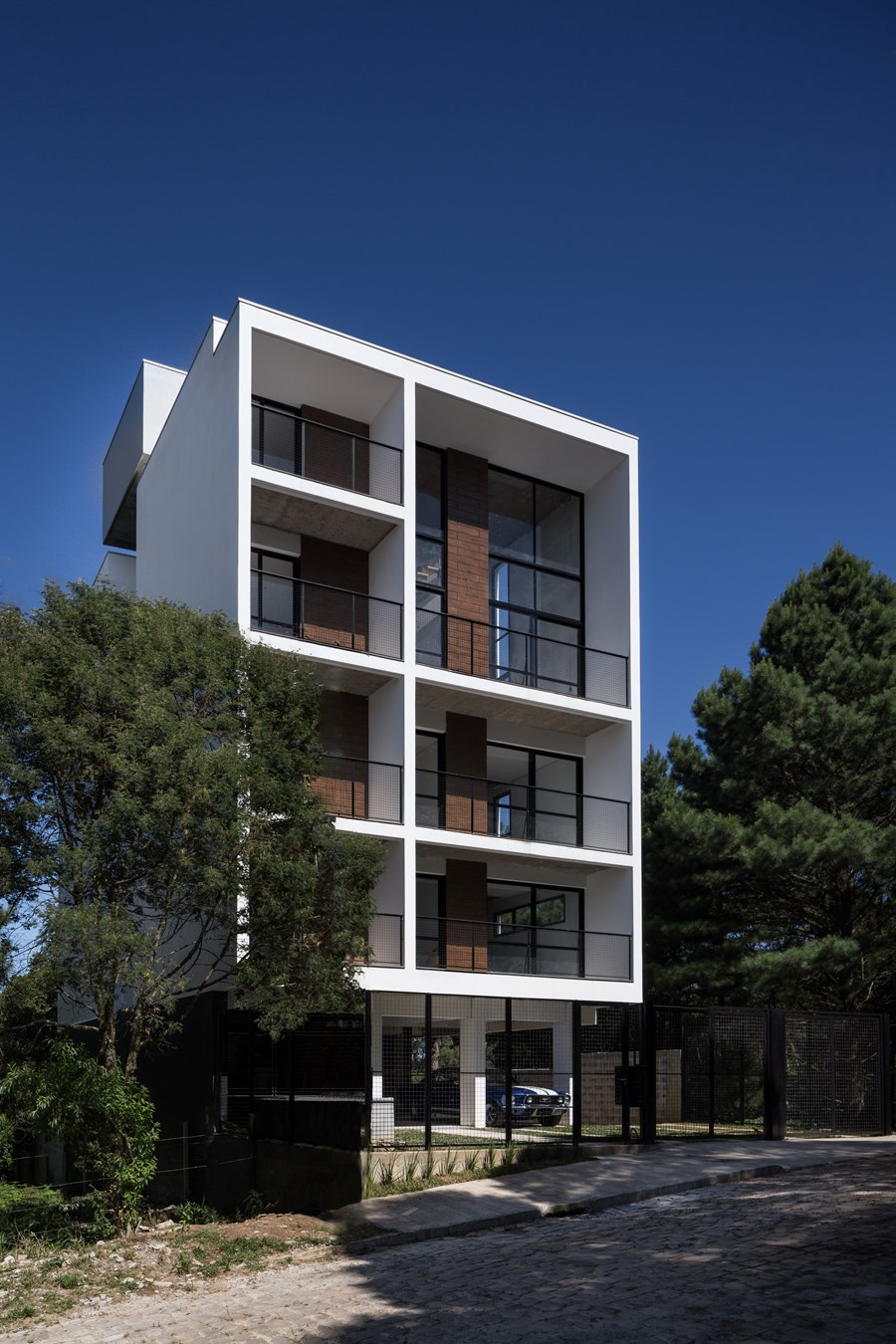 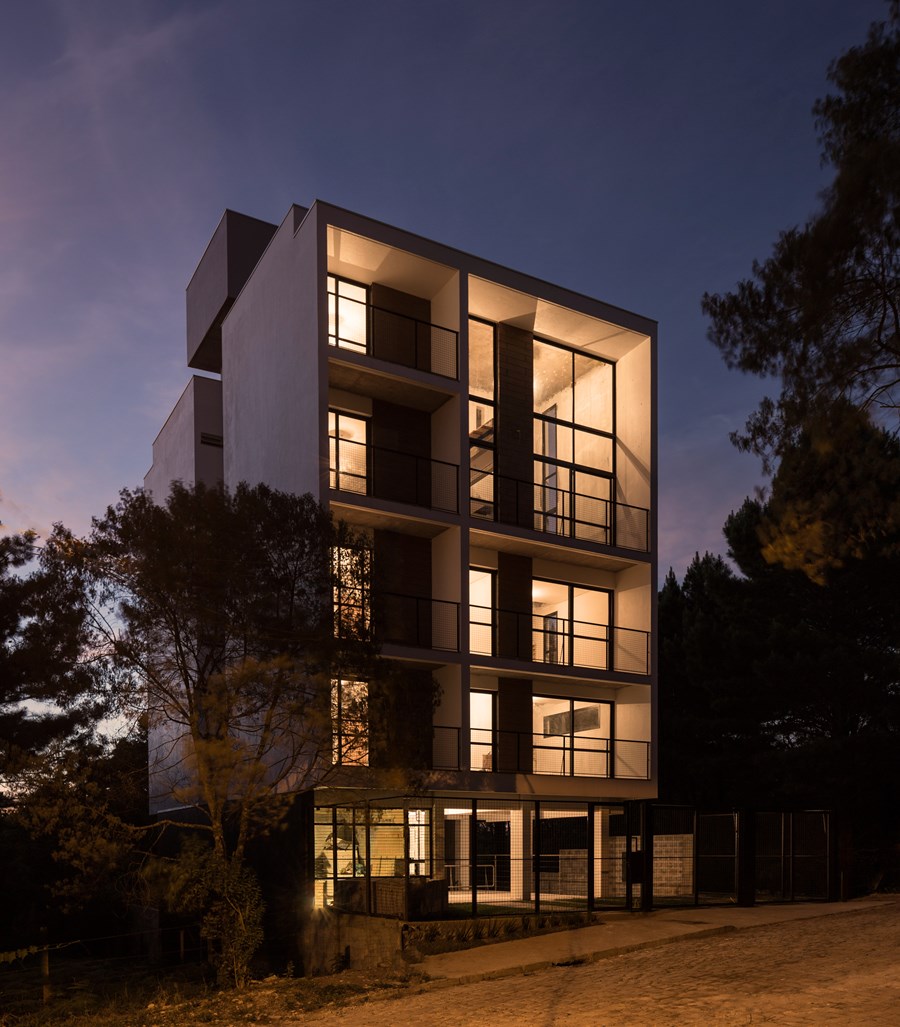 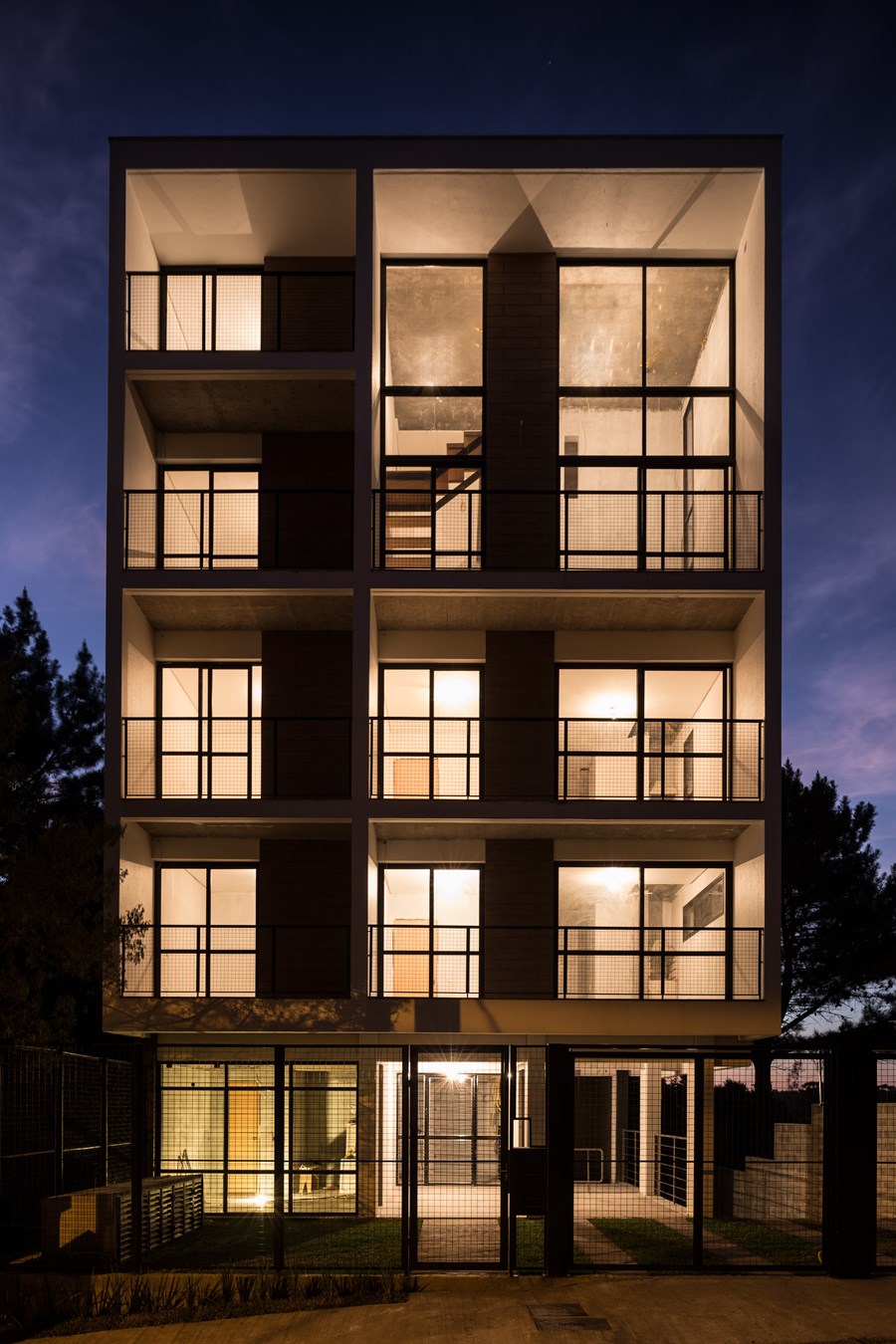 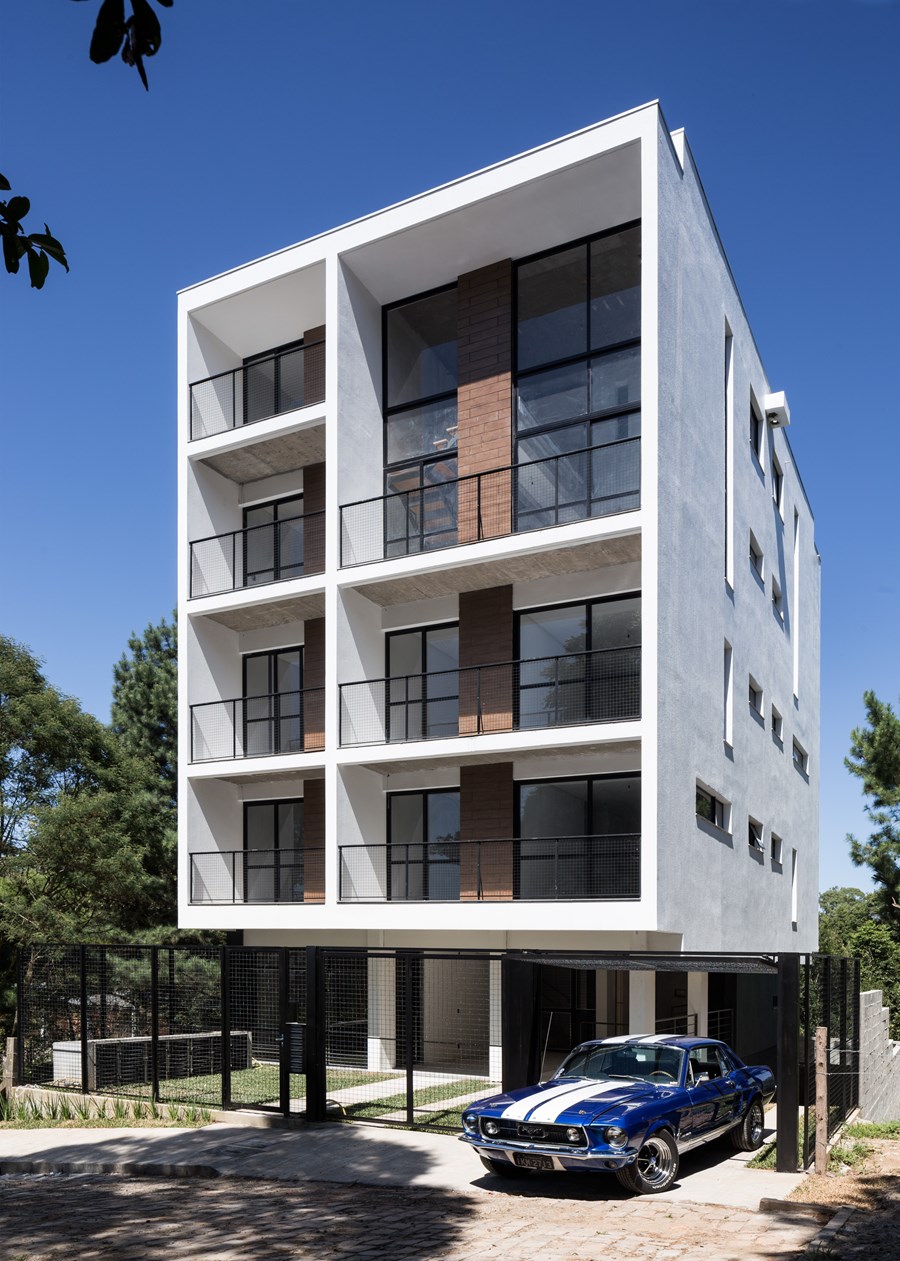 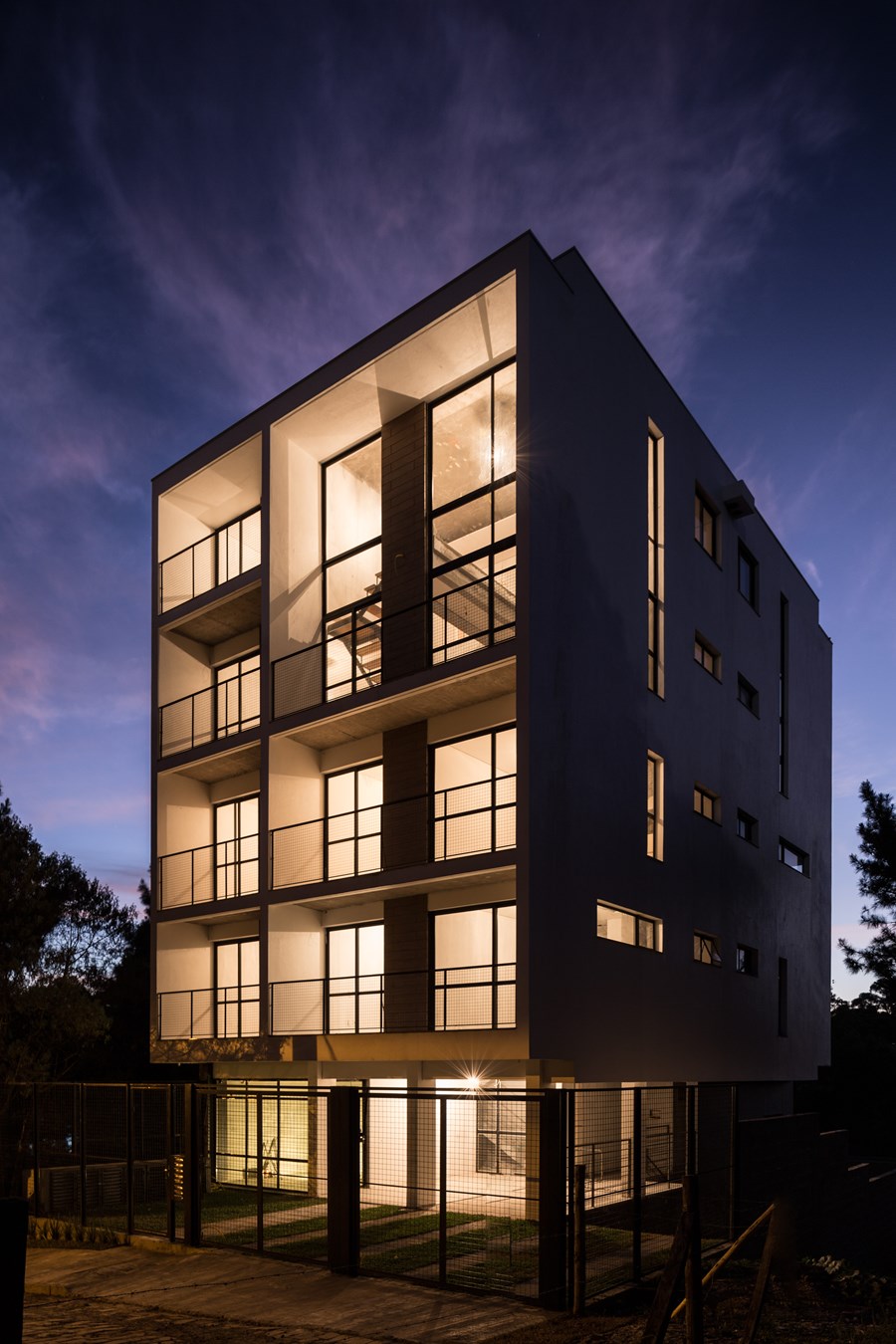 The city of Caxias do Sul, in the southernmost Brazilian state of Rio Grande do Sul, has grown in the 20th century to become in the last 3 decades one of the country´s most important industrial poles (the 2nd largest in the metal-mechanic industry). Population rose from 290.000 to near 500.000, thus becoming the center of the second largest metropolitan area in the state, after the capital, Porto Alegre.
As a consequence of that population growth, middle class families moved gradually to the suburbs, seeking for cheaper land and quality of life. As part of this process, single-family houses gave way to apartment buildings, since the urban legislation was not properly enforced in this area. Most of these apartment buildings were built by developers who are, in fact speculators, not very concerned about architectural quality.
In this context, there is Quattro, a small apartment building, approximately 15 Km far from the city centre. The building is located in the bucolic Ana Rech district (a neighborhood that, to this day, strongly echoes the traditions and heritage of Italian immigrants that arrived in that region by the 19th century), in a plot of land of 12x30m, with east-west solar orientation and a slope of about 4m from the front to the back of the lot. The built area is 890 sqm, and during construction, the architect played the role of not only a designer, but also a developer and constructor, taking advantage of the opportunity to explore possibilities that are different from the conventional ways of the real estate market.
The building has six floors, including garage, a small room for common use, and seven apartments. There are three different types of apartments, with areas ranging from 50 to 110 square meters, and innovative floor plans, which are different from the traditional division and make possible for the residents to set their own space distribution, fulfilling several different financial and family requirements.
Formal solutions are marked by simple lines and pure forms. The architecture of Quattro respects the neighborhood scale and materializes the architect search for accuracy, rigor and economy of means, focusing on the geometric and constructive logic, on the relation of man to his immediate surroundings, and on the poetry of the built object.
The design and construction of Quattro, a project based on a lean and ordinary program and a strict budget, were an exercise of reflection about the way architects are capable of taking over the construction process itself, providing alternatives for multifamily buildings and for the urban fabric.
Collaborators: Roberto Jose Basso, RegisKaplan
Photographs: Marcelo Donadussi