7NebO is a project designed by FORM, covers an area of 150 m2 and is located in Kyiv, Ukraine. 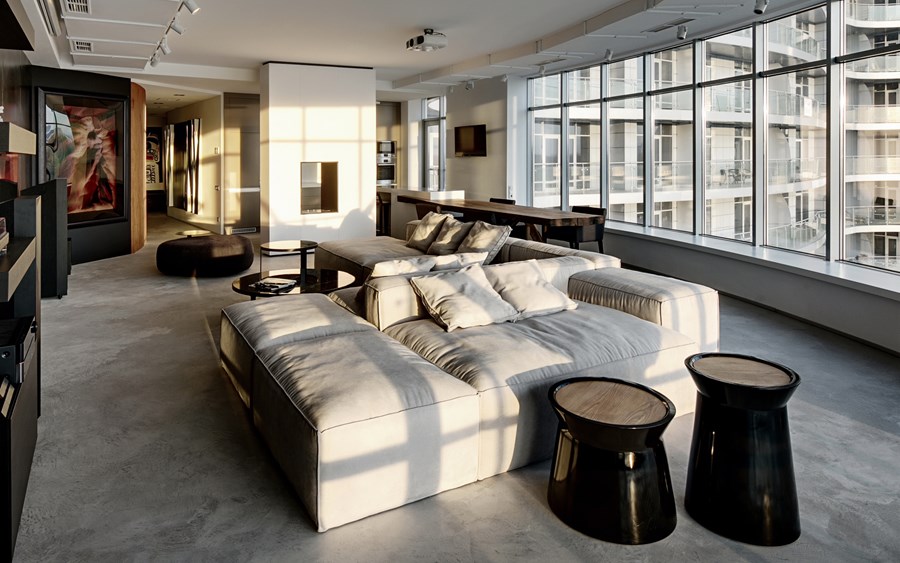 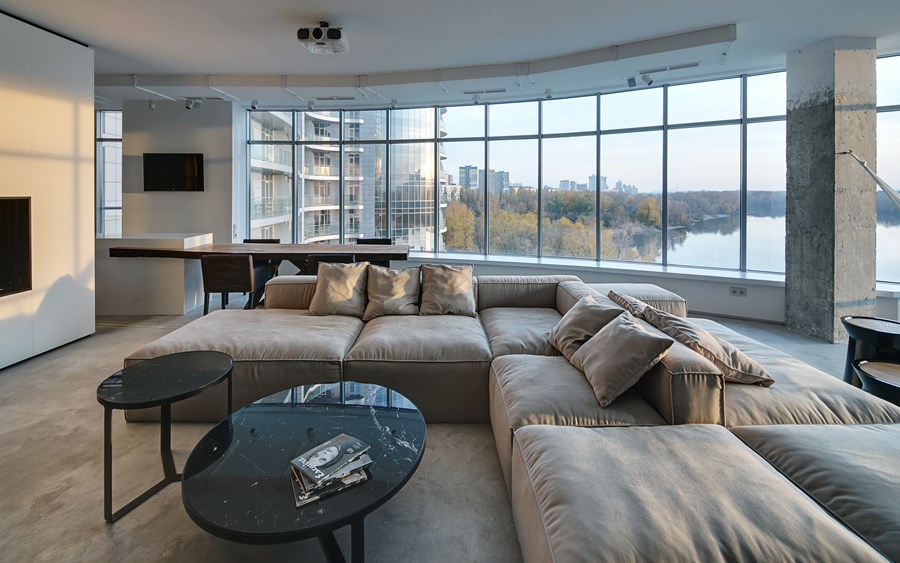 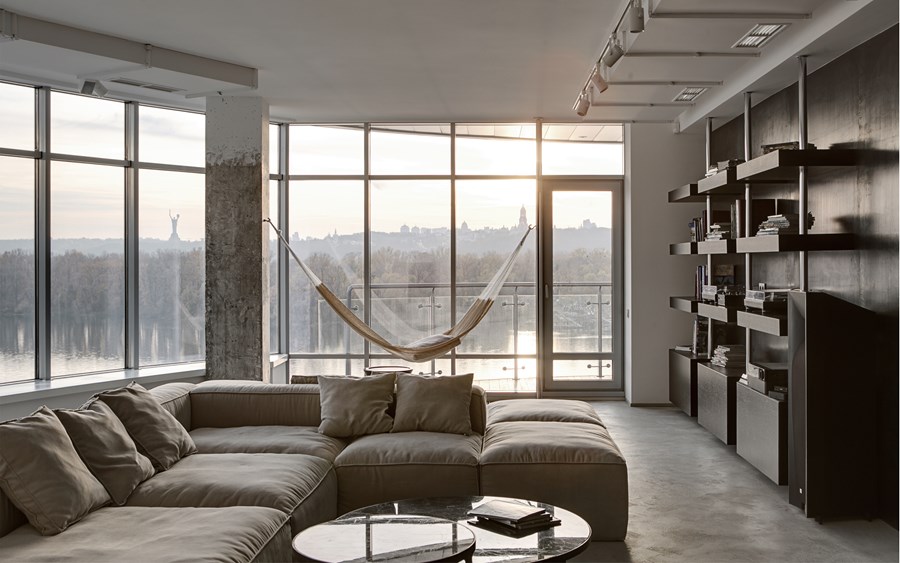 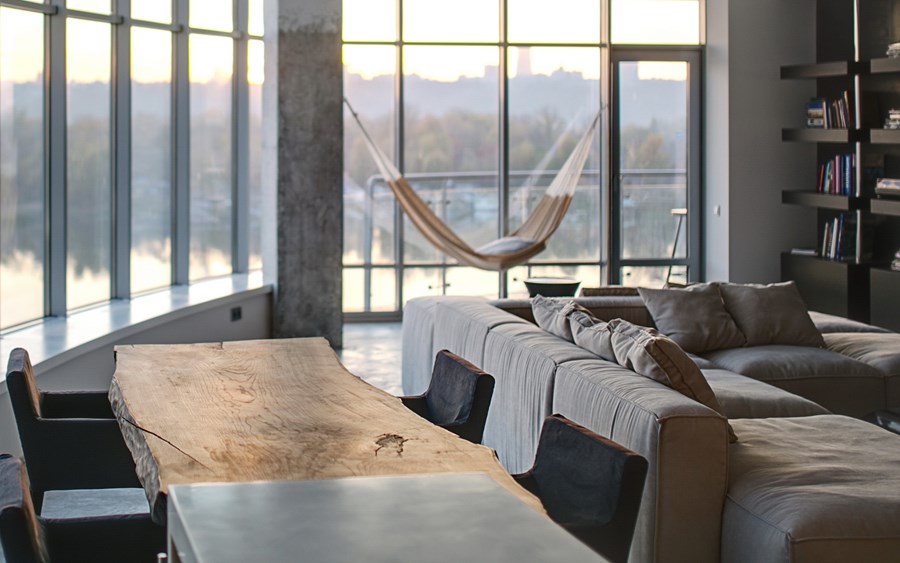 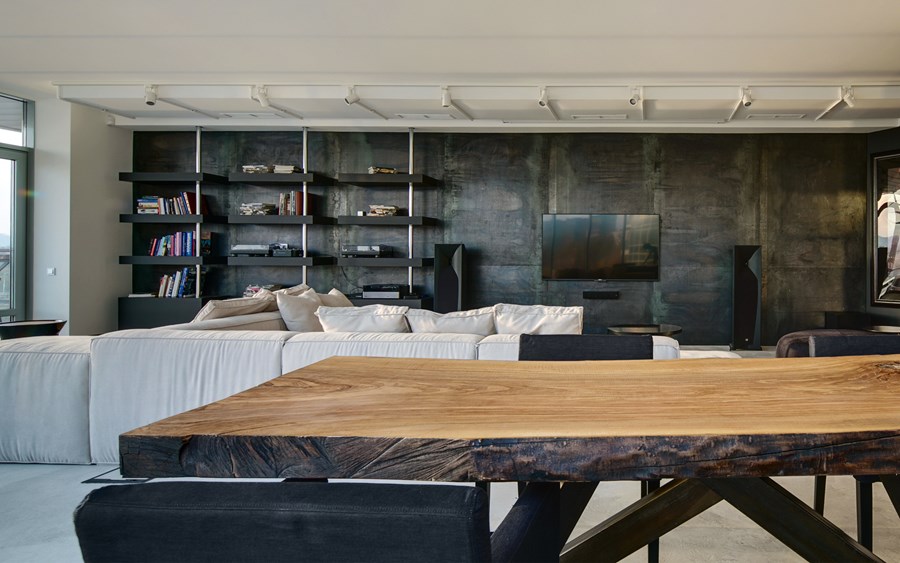 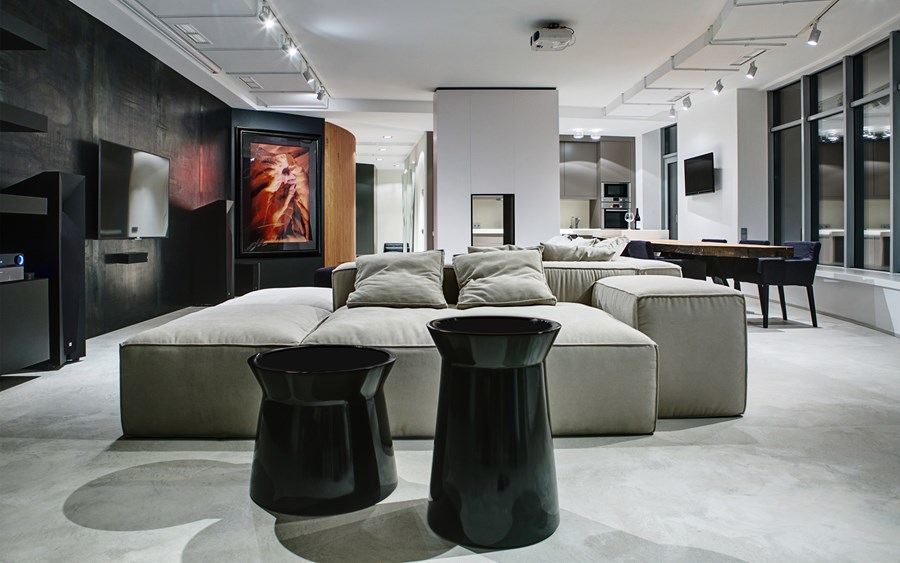 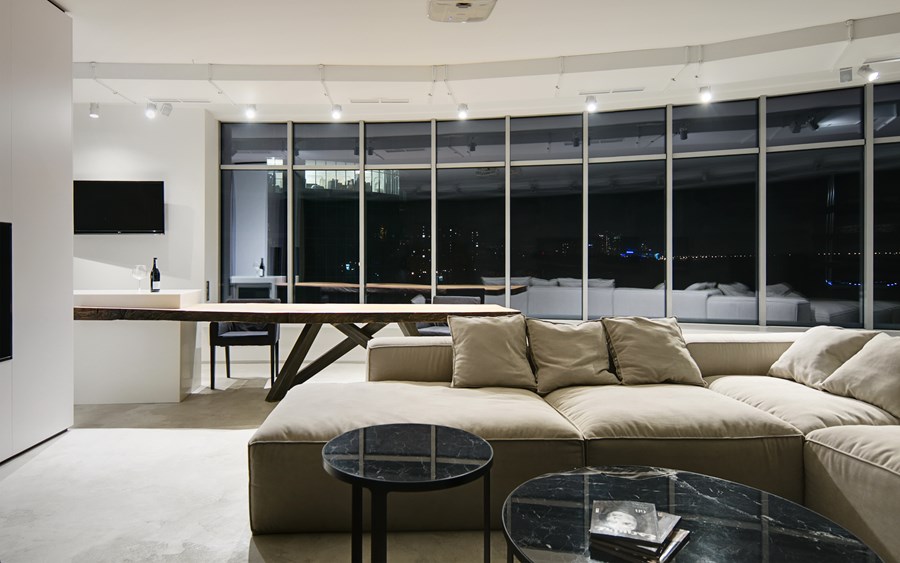 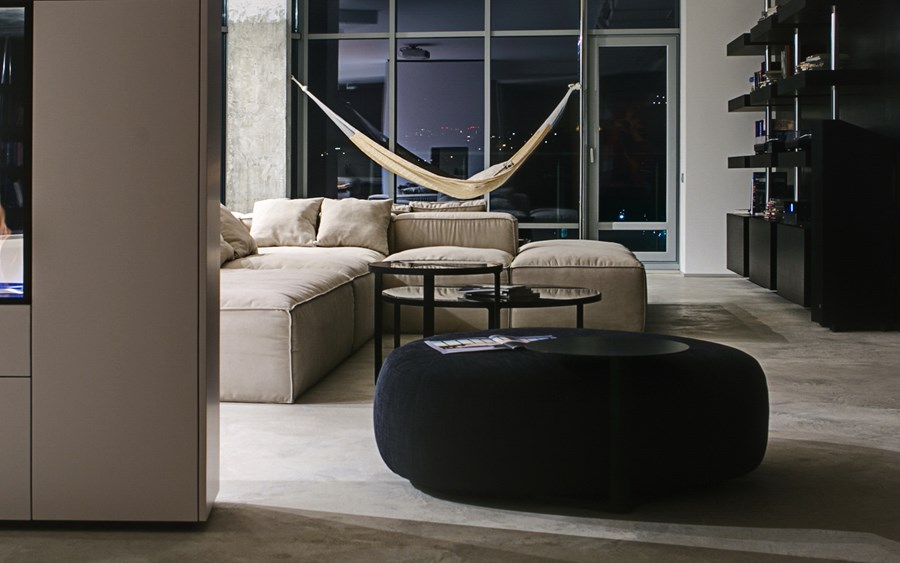 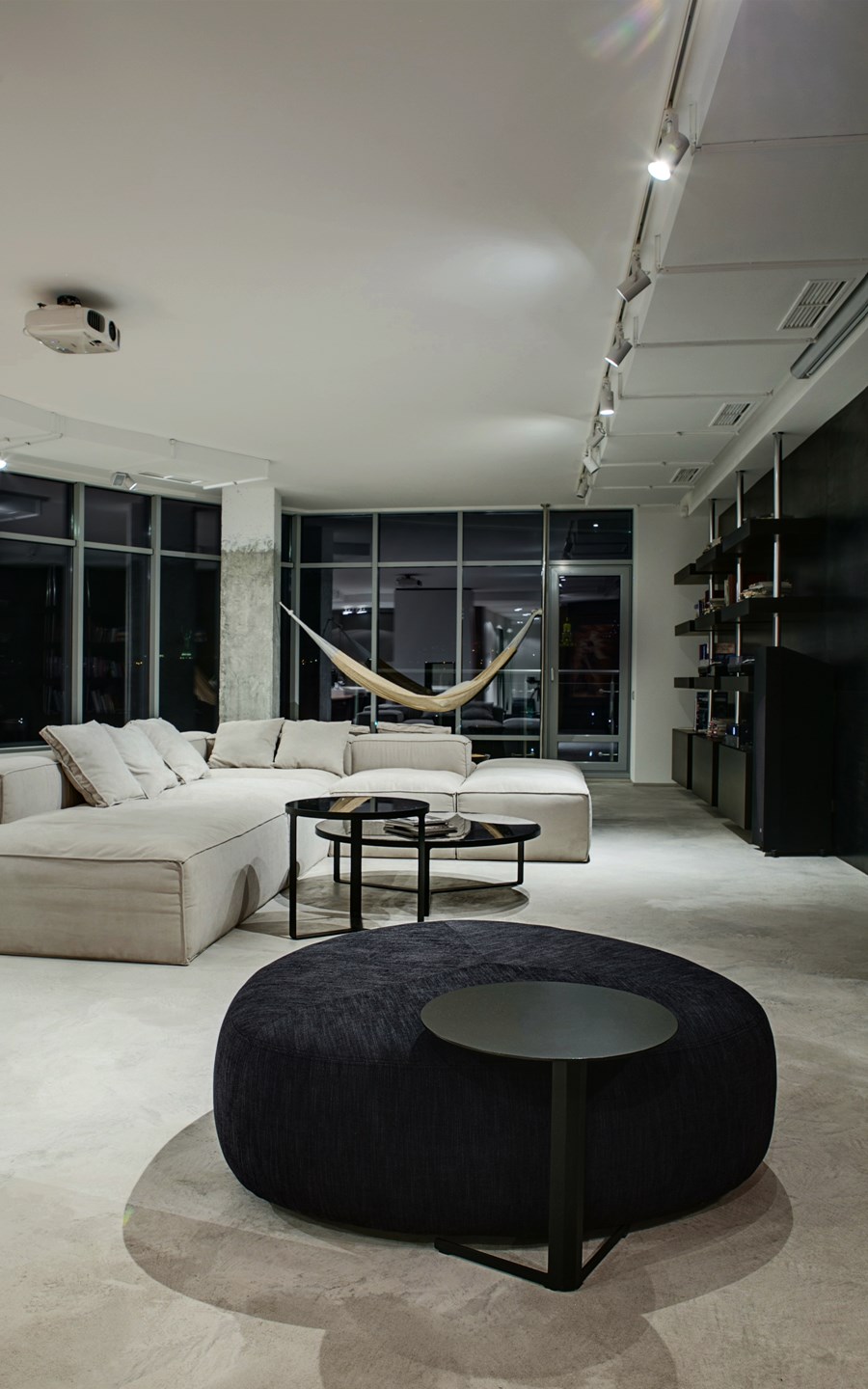 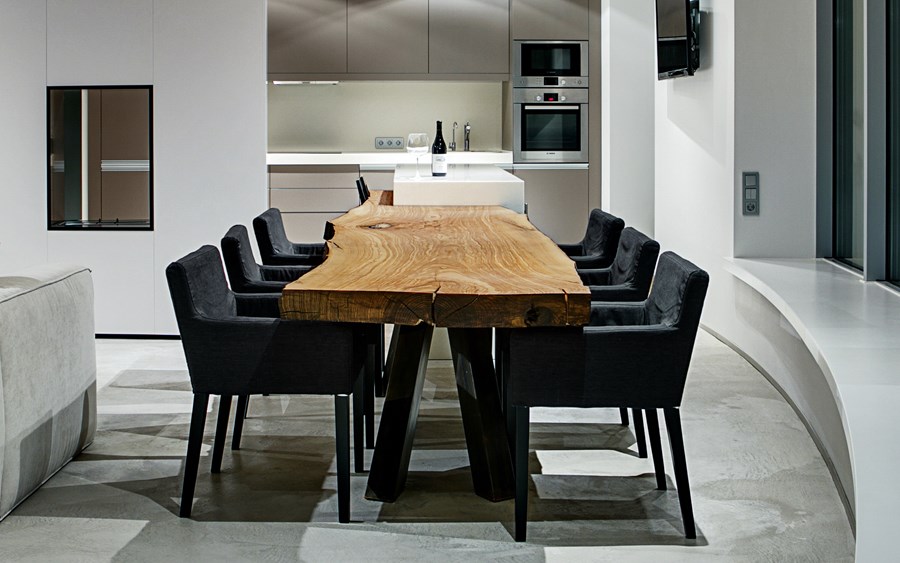 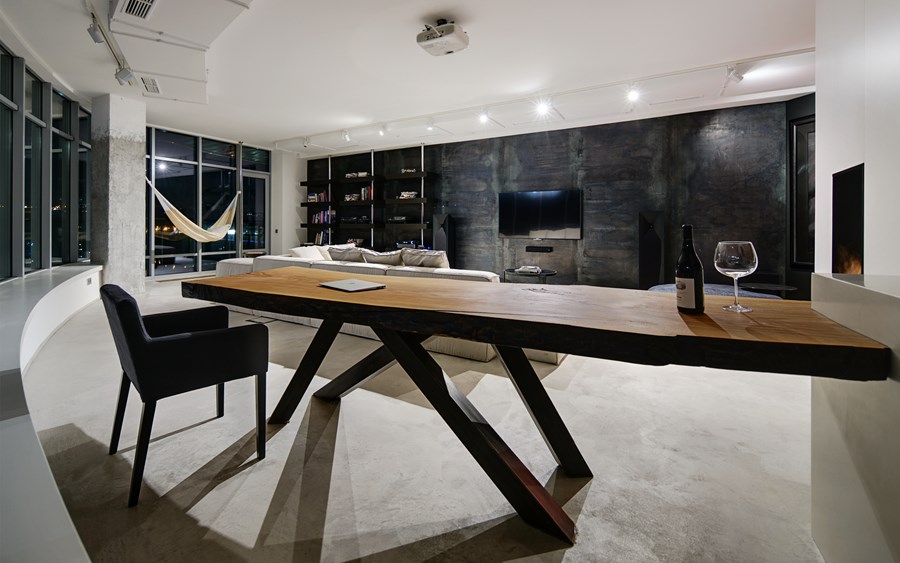 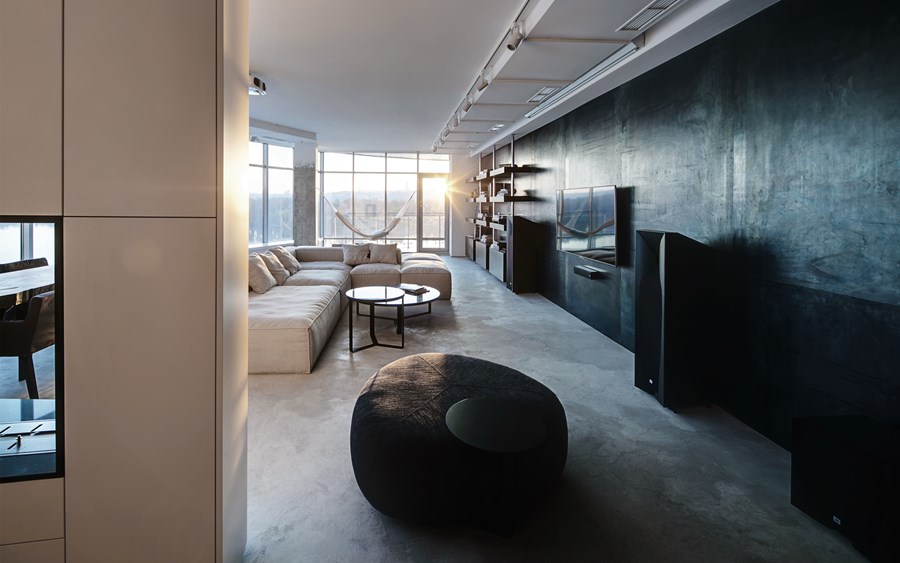 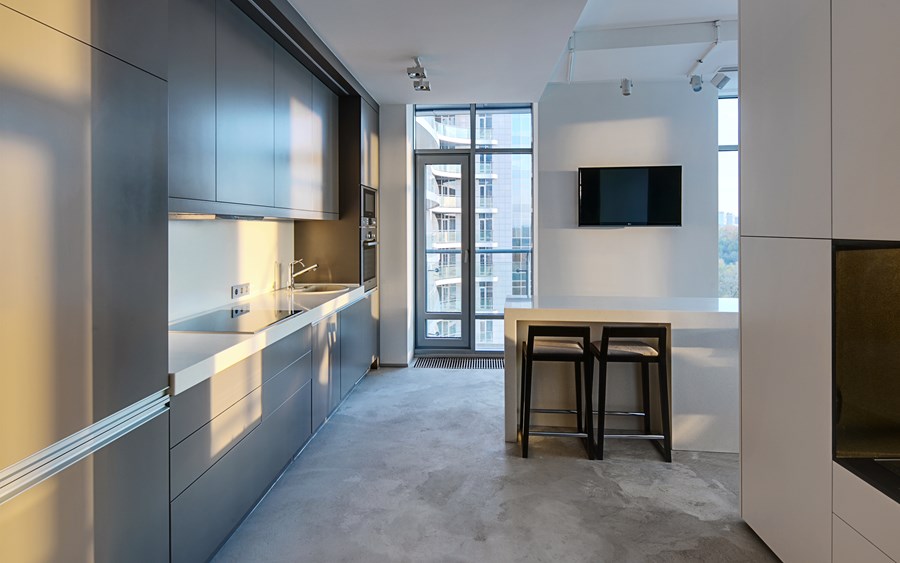 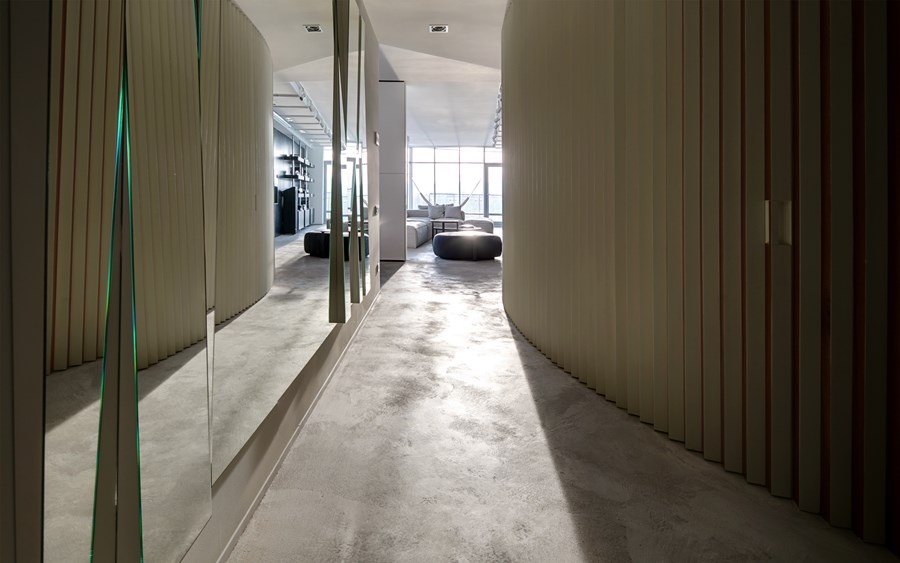 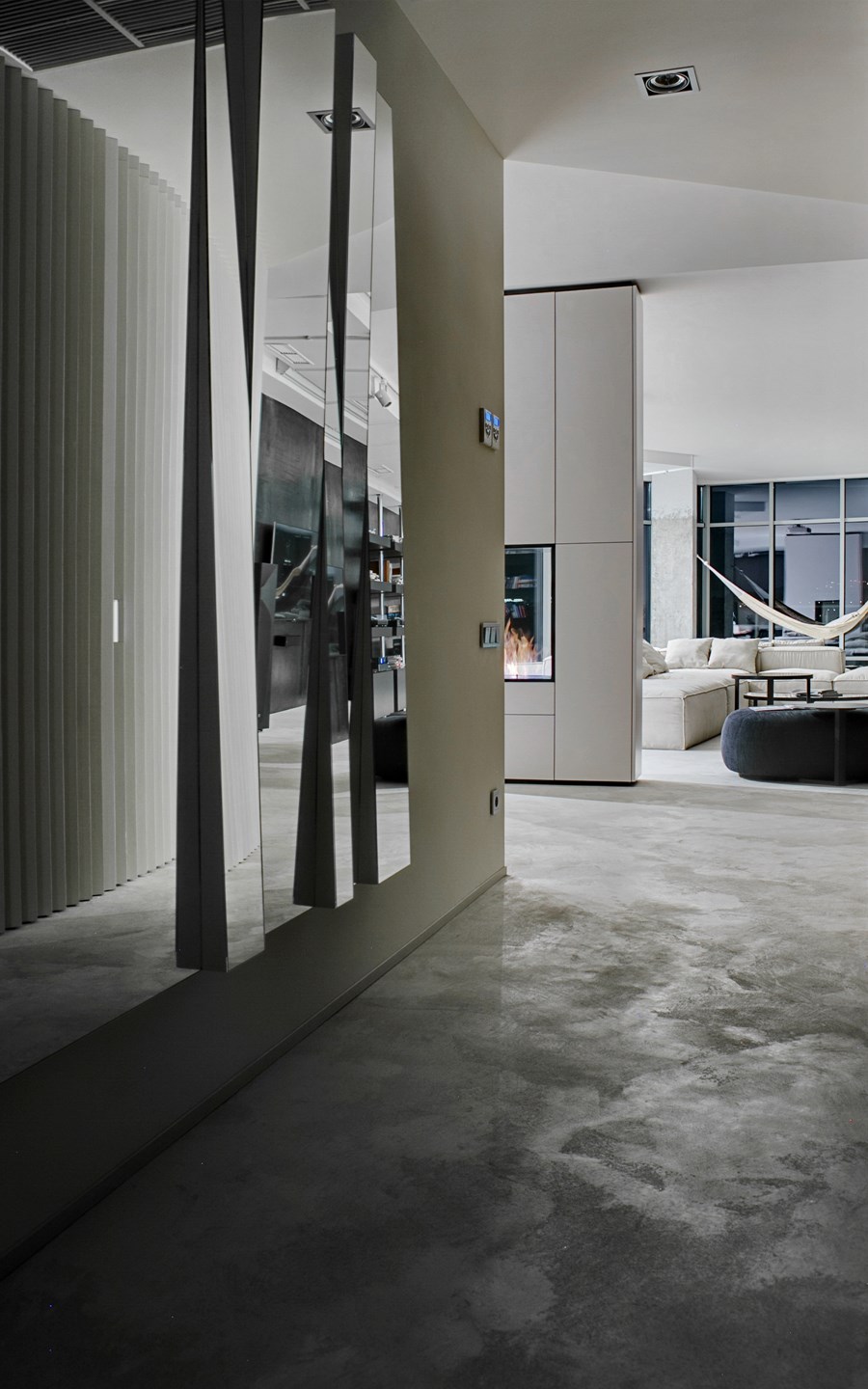 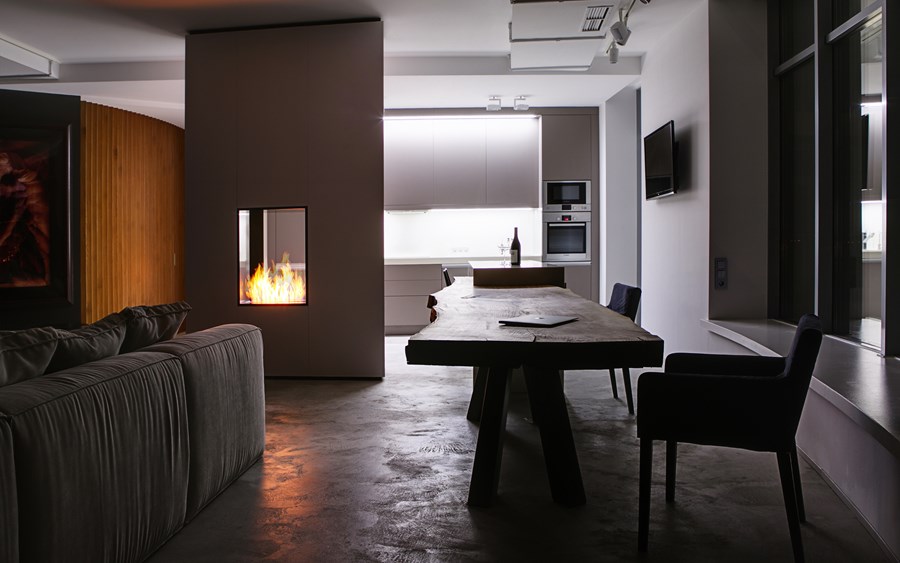 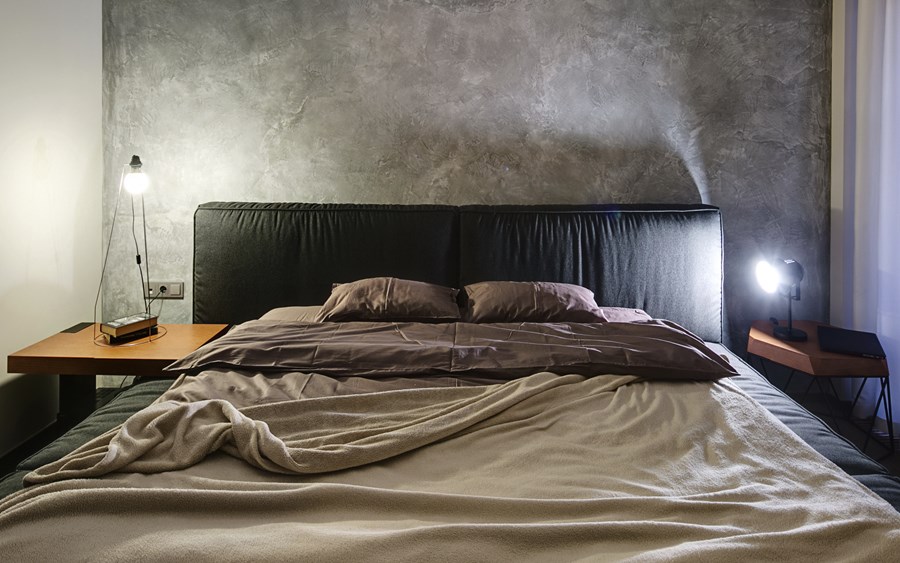 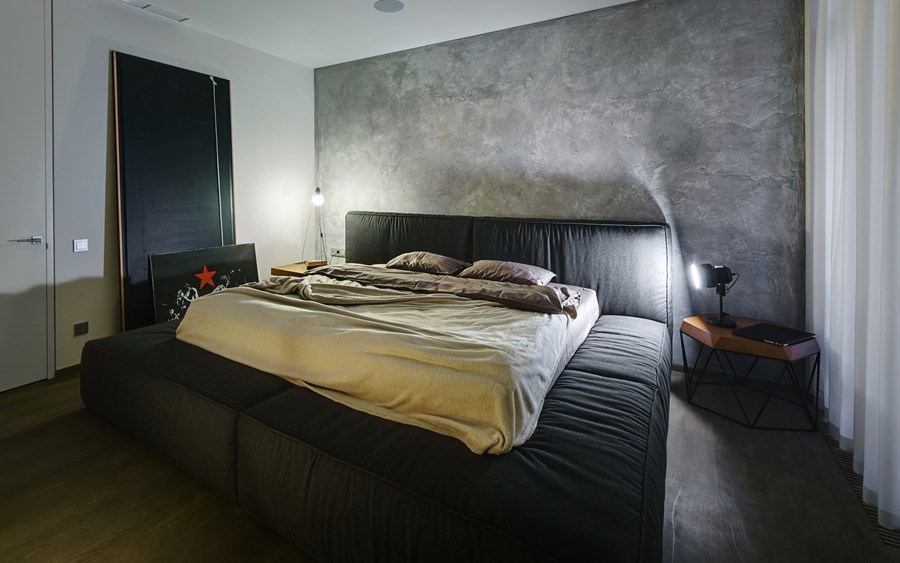 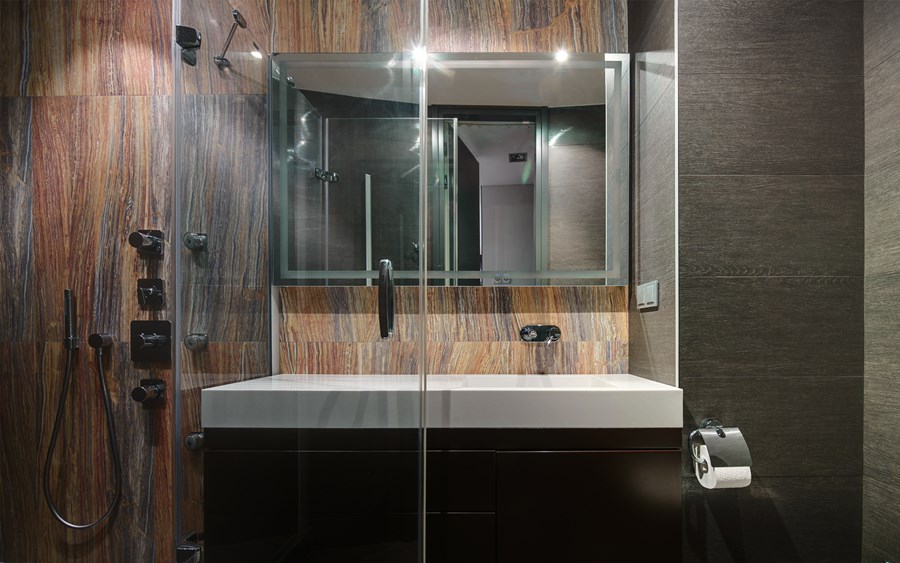 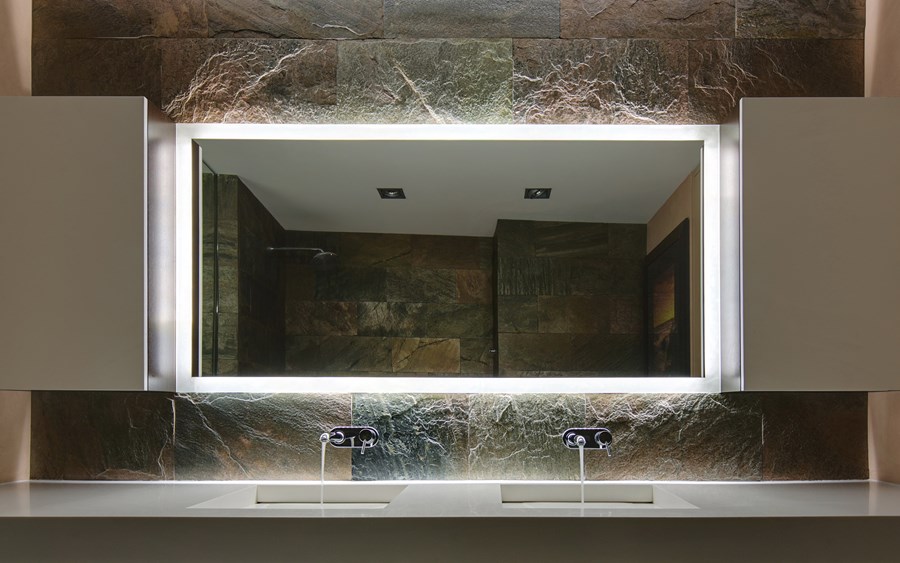 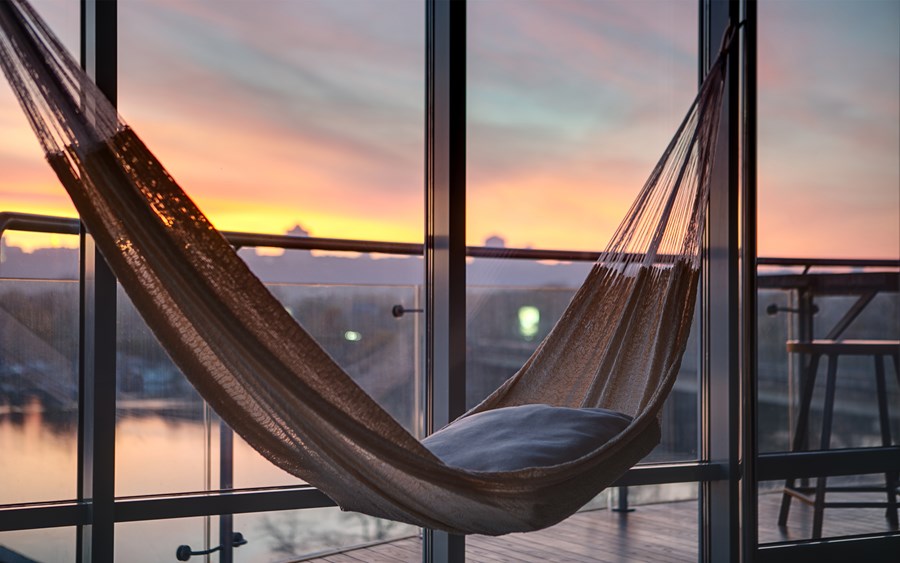 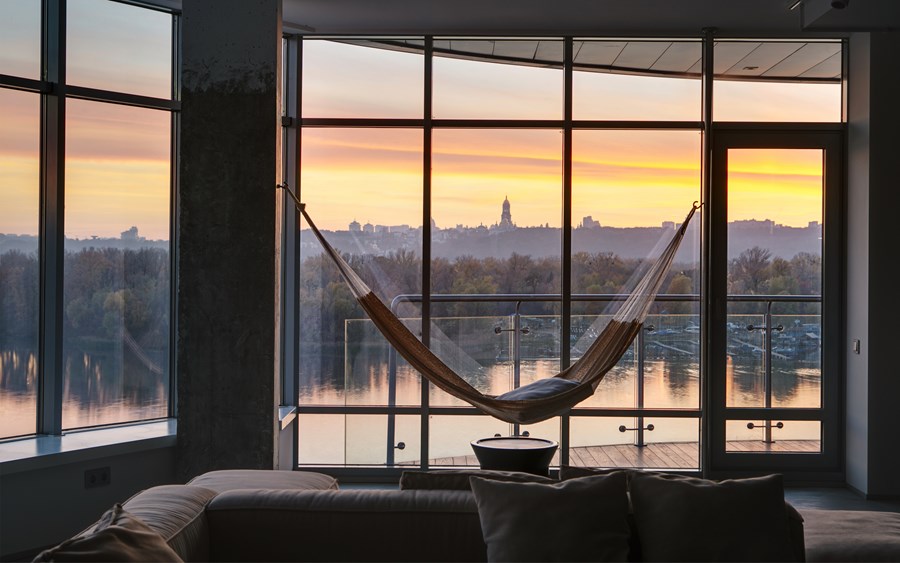 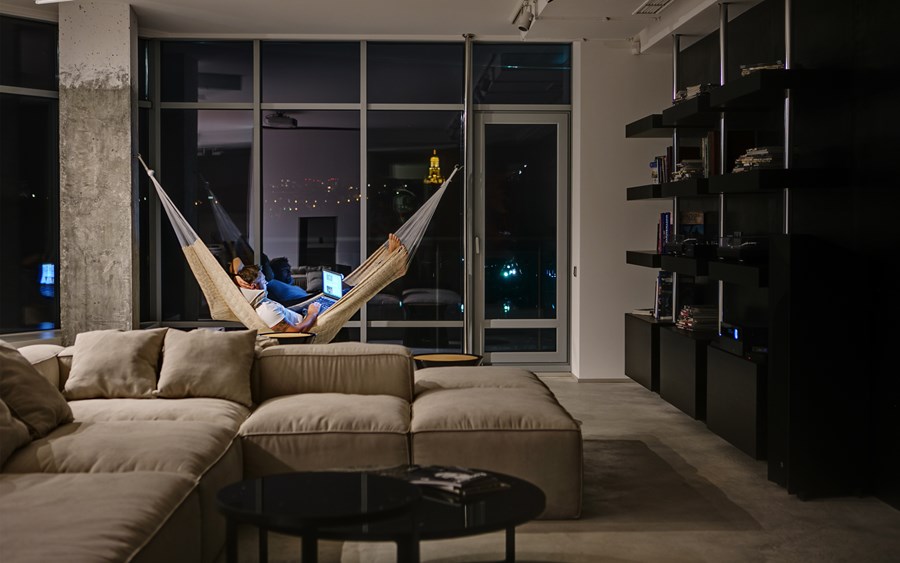 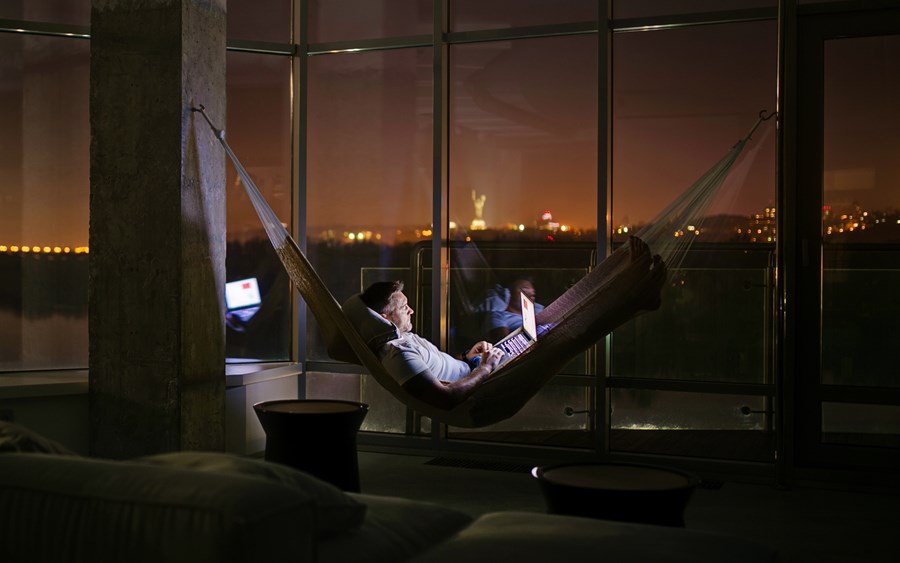 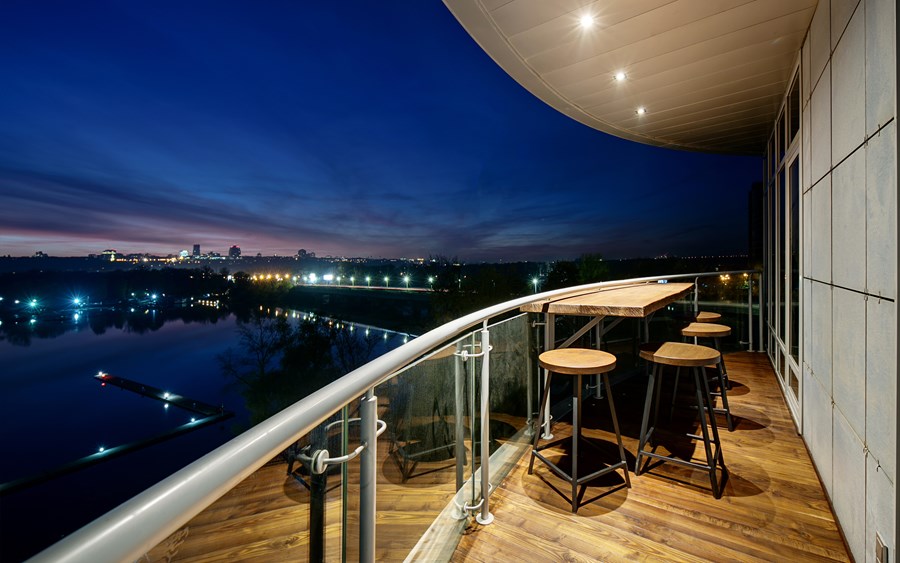 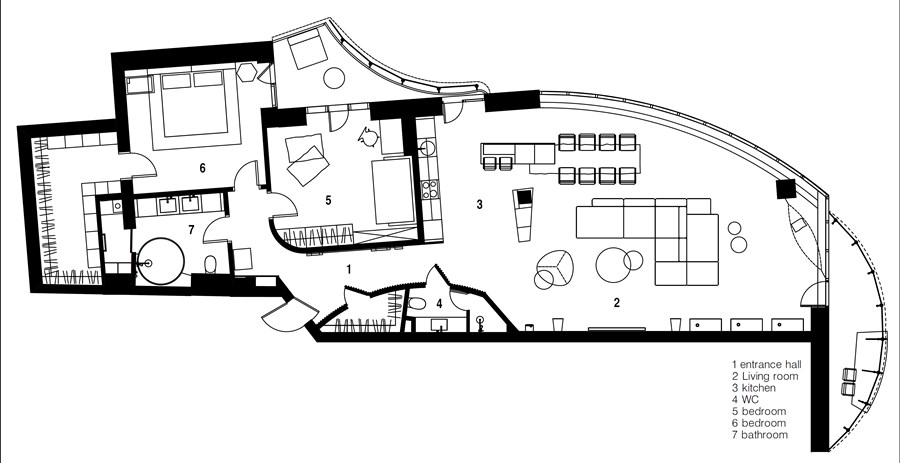 “The owner of this interior travels a lot and is a great connoisseur of art. Many walls in the interior were decorated with “living pictures” of Peter Lik.
The first meeting with the Architectural Bureau FORM was hold at that time in the existing unfinished interior. The customer offered to modify the interior and carry through the whole concept, leaving untouched the semicircular wall of “two-colored corners” in the hallway, this idea he had brought from Spain. Interior doors to the ceiling, kitchen and bathroom were not changed.  In fact, the most important area of the apartment is a living room. Also a hall was completely transformed. The concept of the living room is dictated by large panoramic windows, which allowed the surrounding view connects with the interior.
Large parties, large sofa, large table define a character of the living room interior.
Removing all omissions made of plasterboard in the living room there was increased a height by 15 cm in the living room, the whole ventilation was opened and stitched in a white false box to combine to the extent possible with the ceiling. To highlight the main wall with TV the wall was covered with sheets of steel.
It was decided to deal differently with two columns. One of them “was opened” from the previous finish, leaving the concrete, the second was stitched in white cabinet between the kitchen and couch, where a Bio-fireplace and bar are located from the kitchen.
For the table manufactured by Normawood, a chic one-piece board of 8 cm in thickness of the ash, which is 280 years old, was chosen. 7 companies climbers one-by-one refused to lift the table in the apartment through the windows, and only thanks to the crane they managed to lift the table in the apartment.
A large and very soft sofa was manufactured by cool guys from the Interia Company that create the main loung in this space. Due to two-way seats you can not only watch TV, but enjoy a gorgeous view from the windows.
A floor covering was originally of gray tiles. For a long time architects convinced in every way possible to change cold tile with seamless microconcrete, and eventually the Customer agreed. The result is very pleased.
The bedroom has turned out expressive and extremely laconic in all aspects: in the colors, availability of furniture, furnishings and accessories. On the wall behind the bed a micro-cement was used as a finishing.
A bed like a sofa, a large bookcase and cabinet that merged with the walls perfectly fit into the interior of the children’s room. In the bathroom a rectangular bath was replaced with a round one that creates a special atmosphere.
A space not overloaded with details of moderately dark elements to contrast the warm wood creates a cozy lounge atmosphere in the interior of “7NebO”. “
Photographer: Andrey Bezuglov and Sergey Gavrilov