TLI house is a project designed by Architettura Matassoni, covers an area of 88 square meters and is located in Arezzo, Tuscany, Italy. 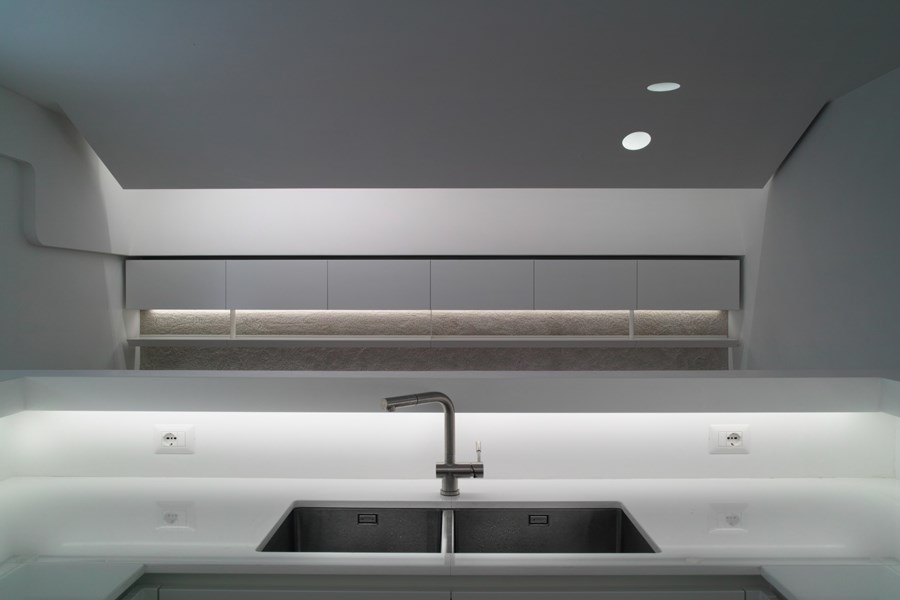 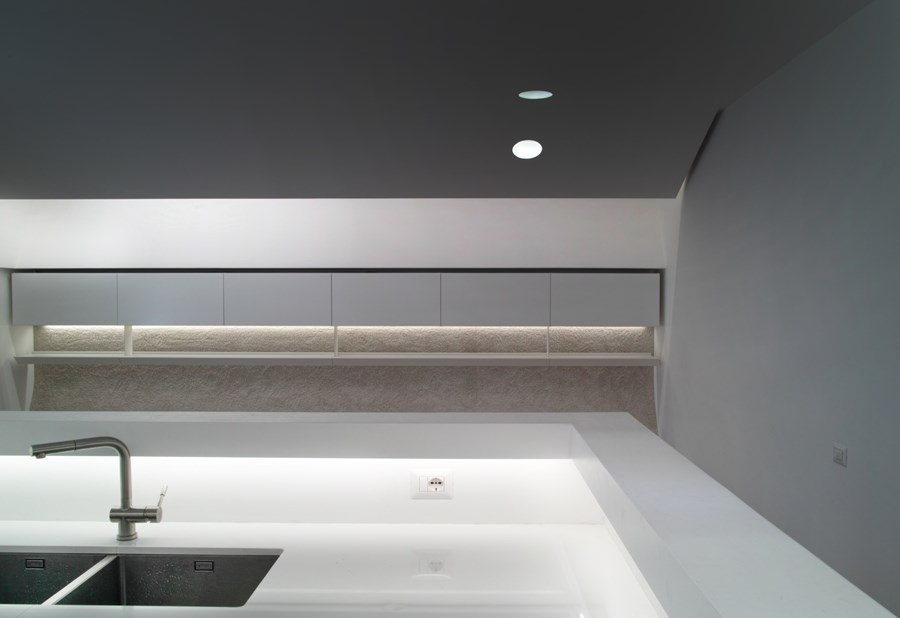 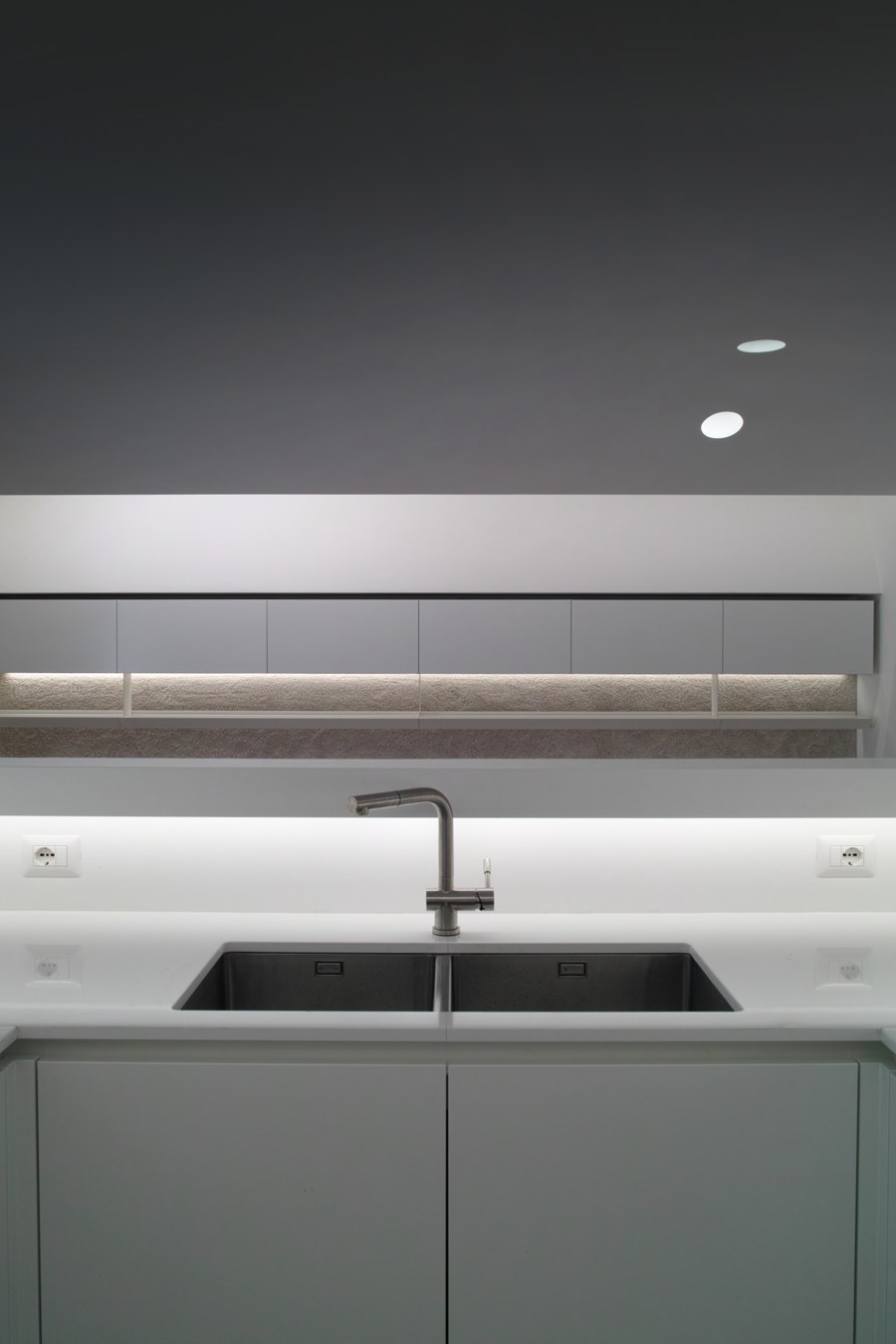 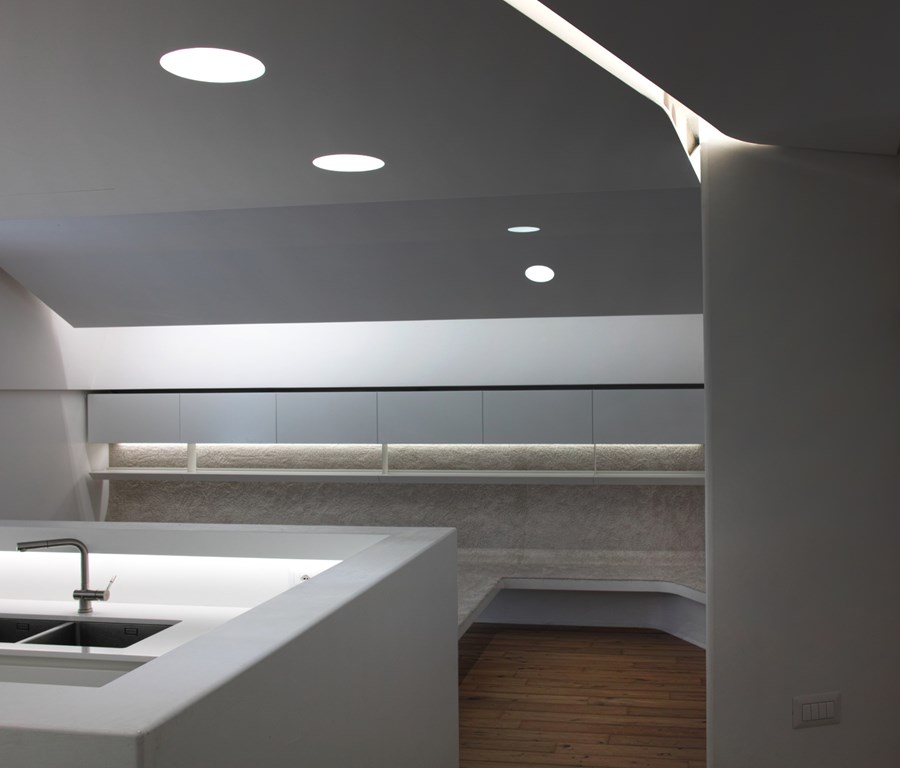 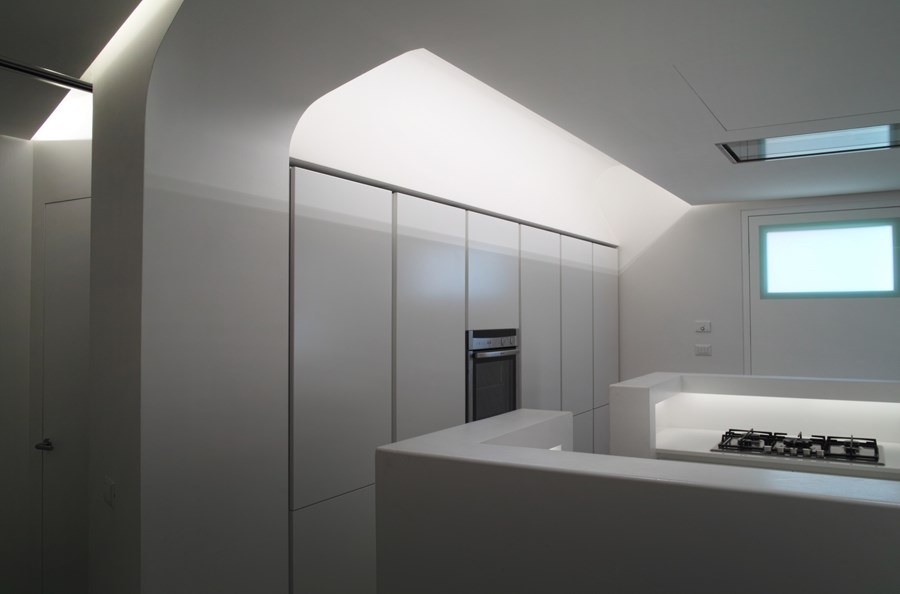 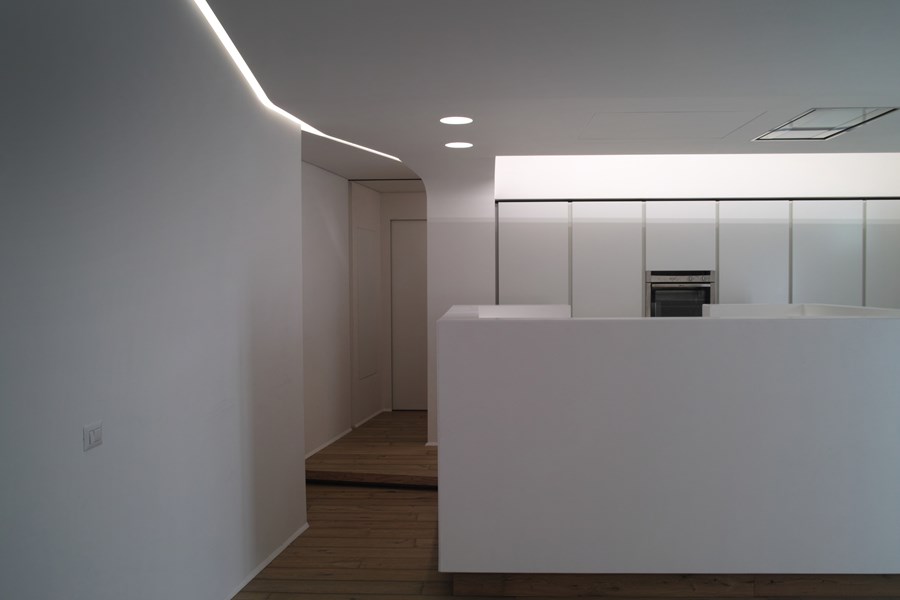 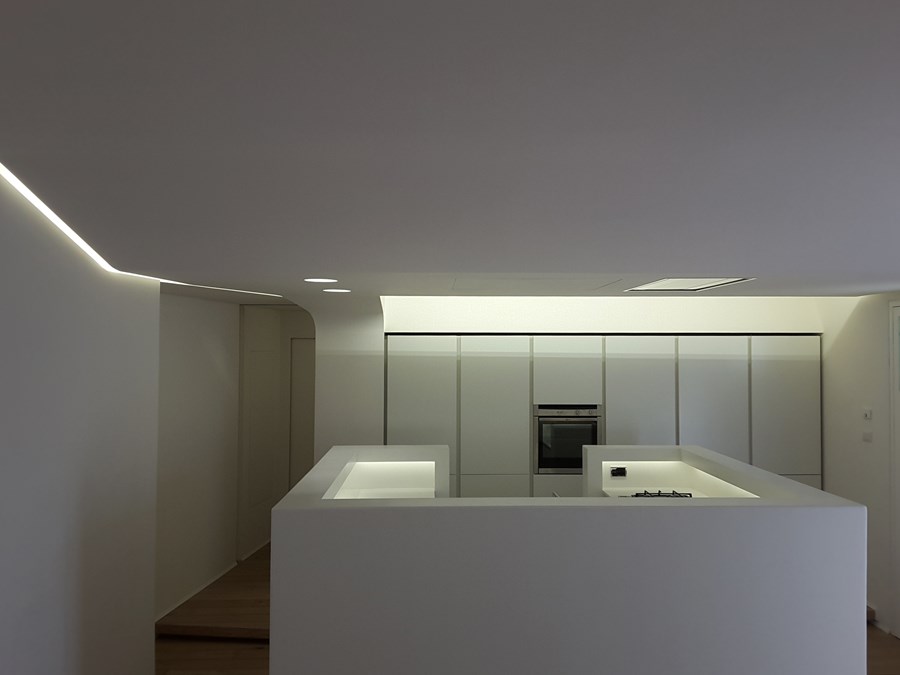 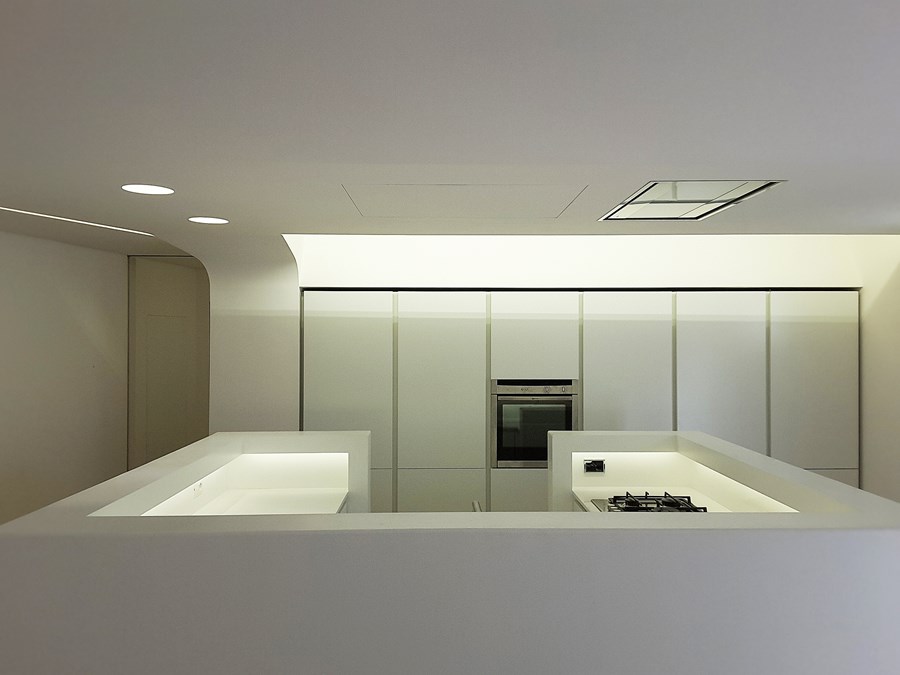 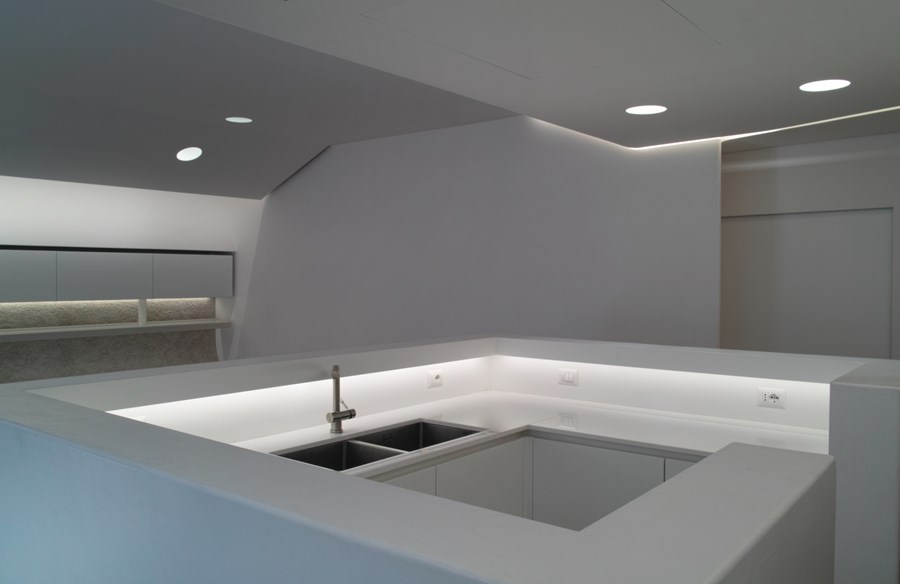 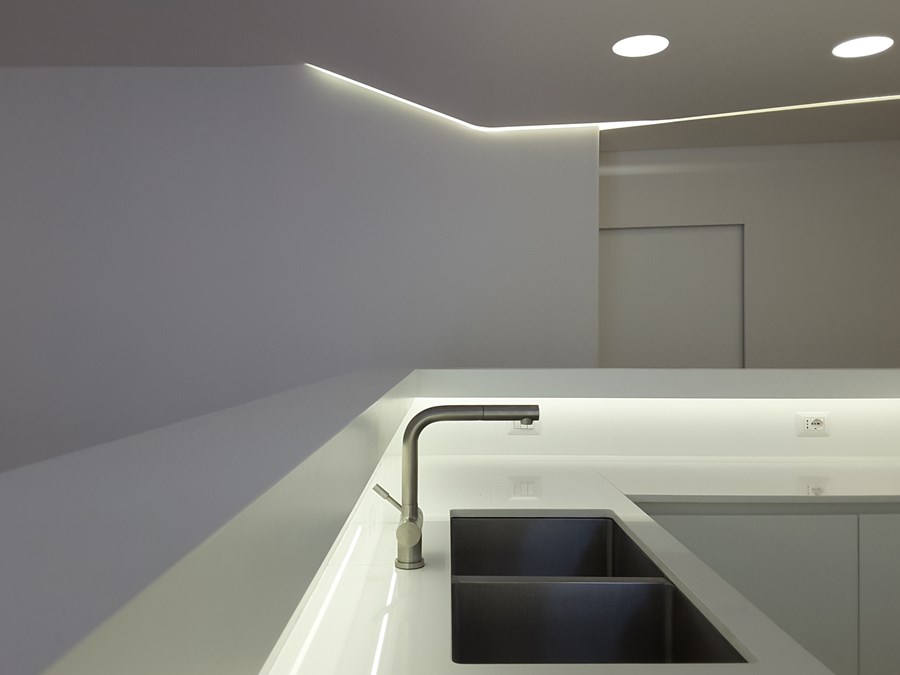 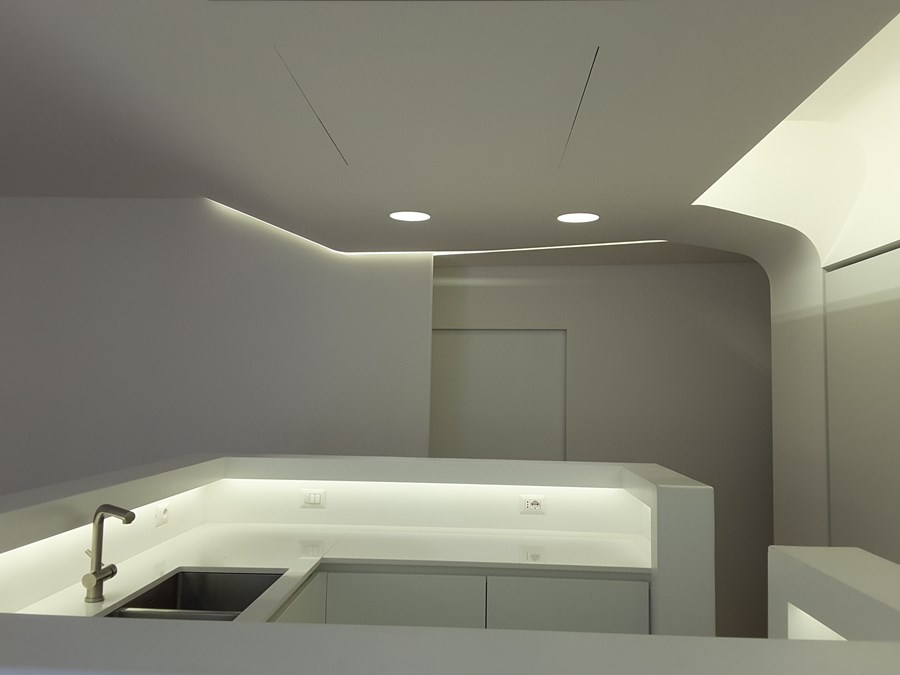 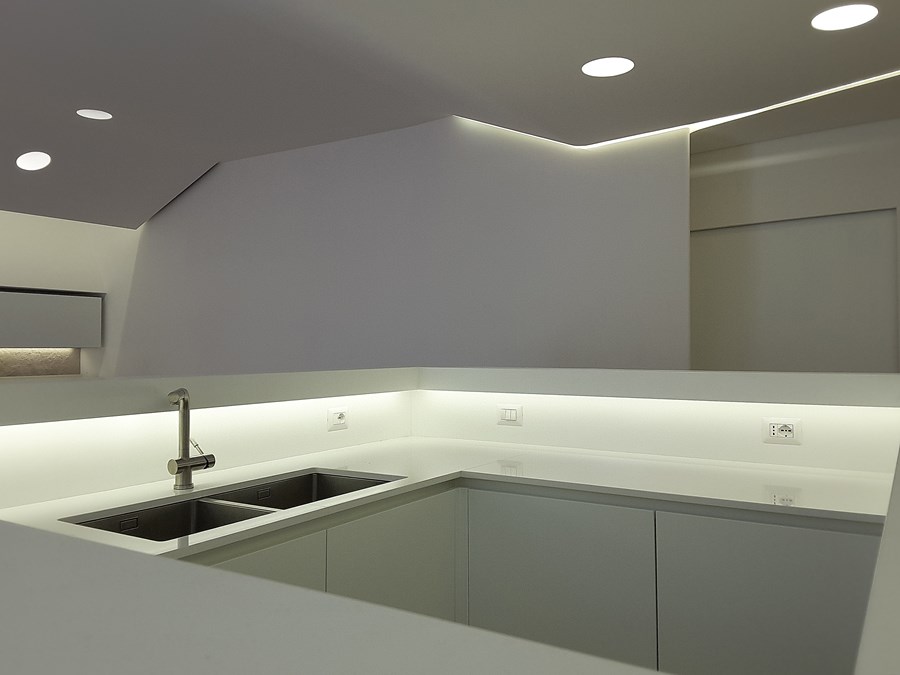 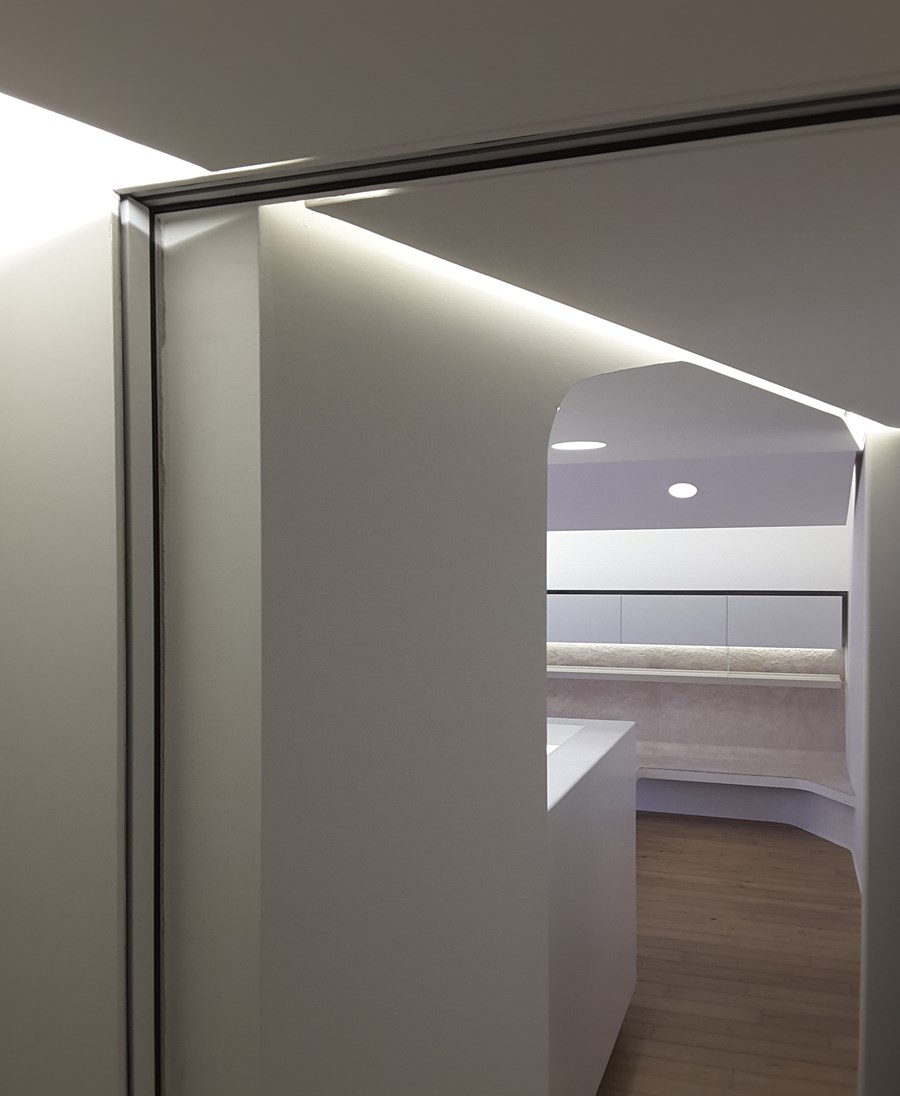 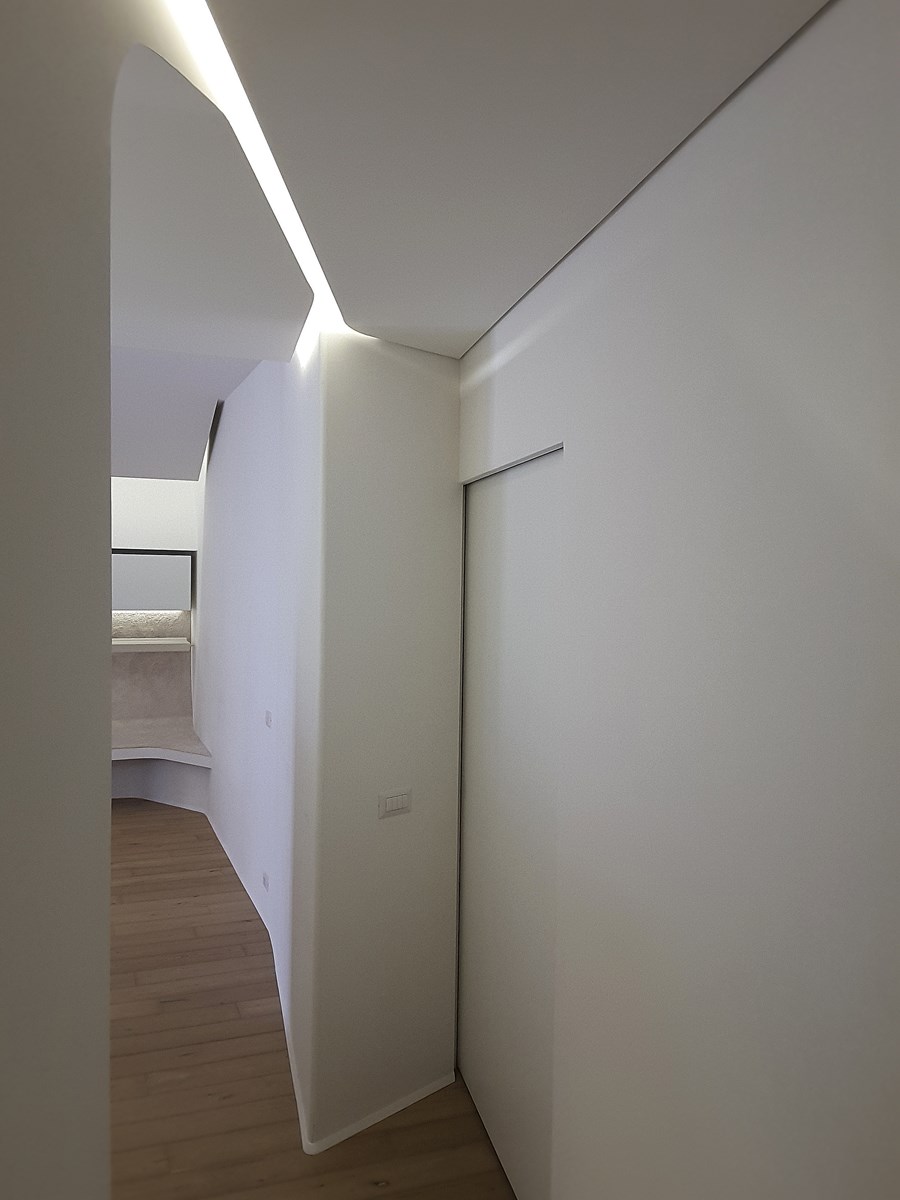 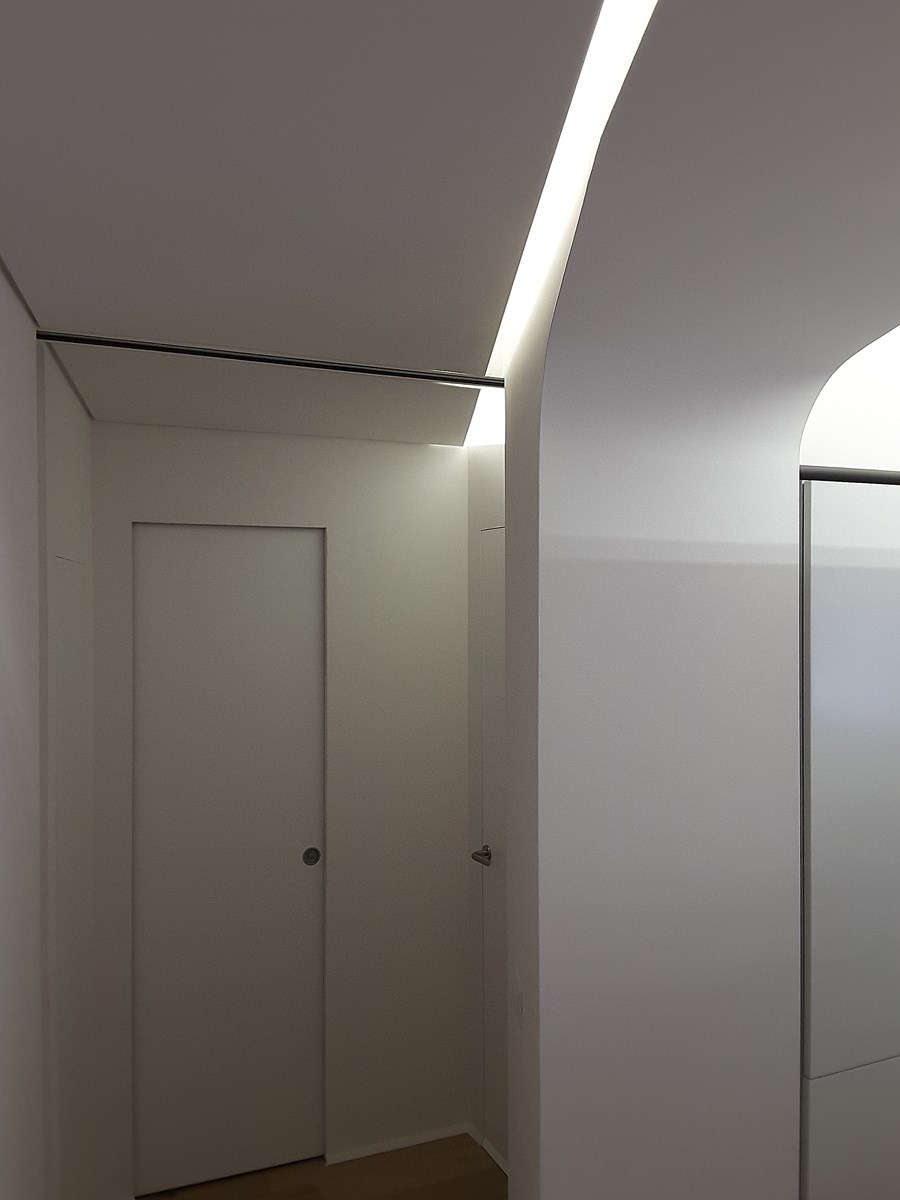 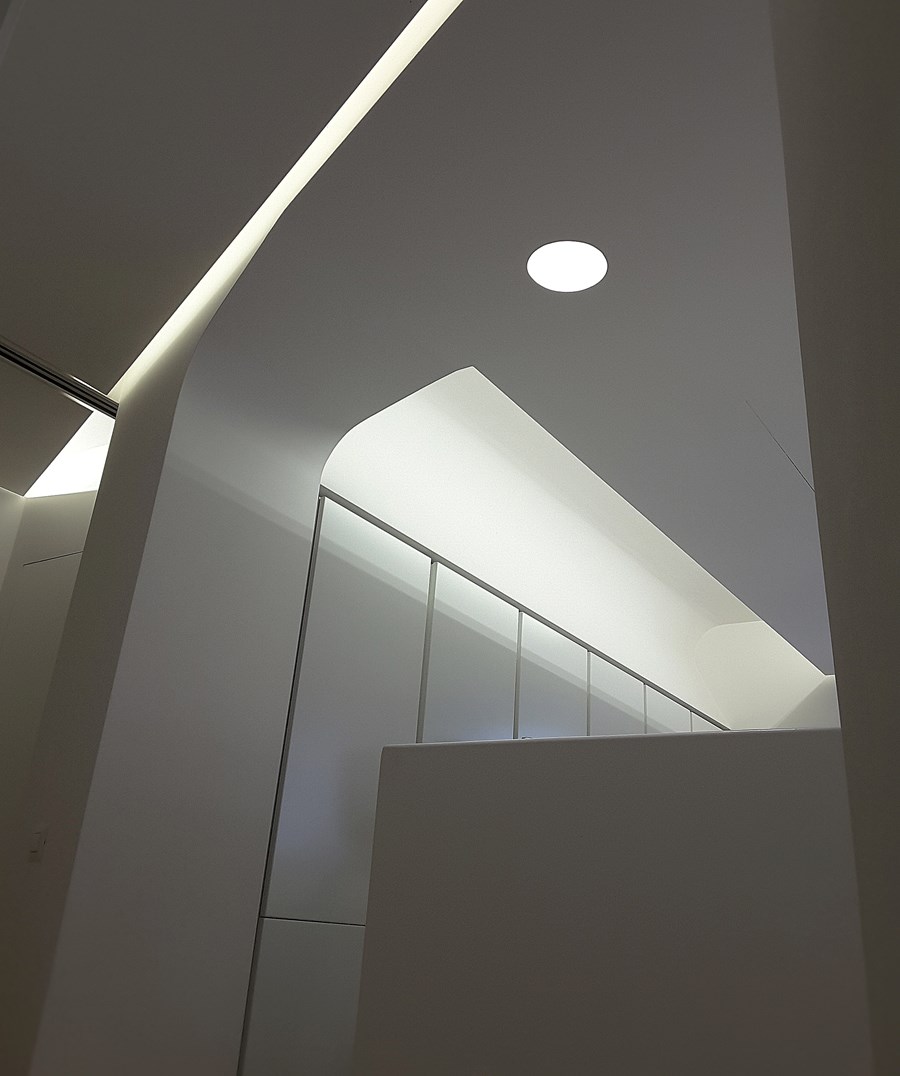 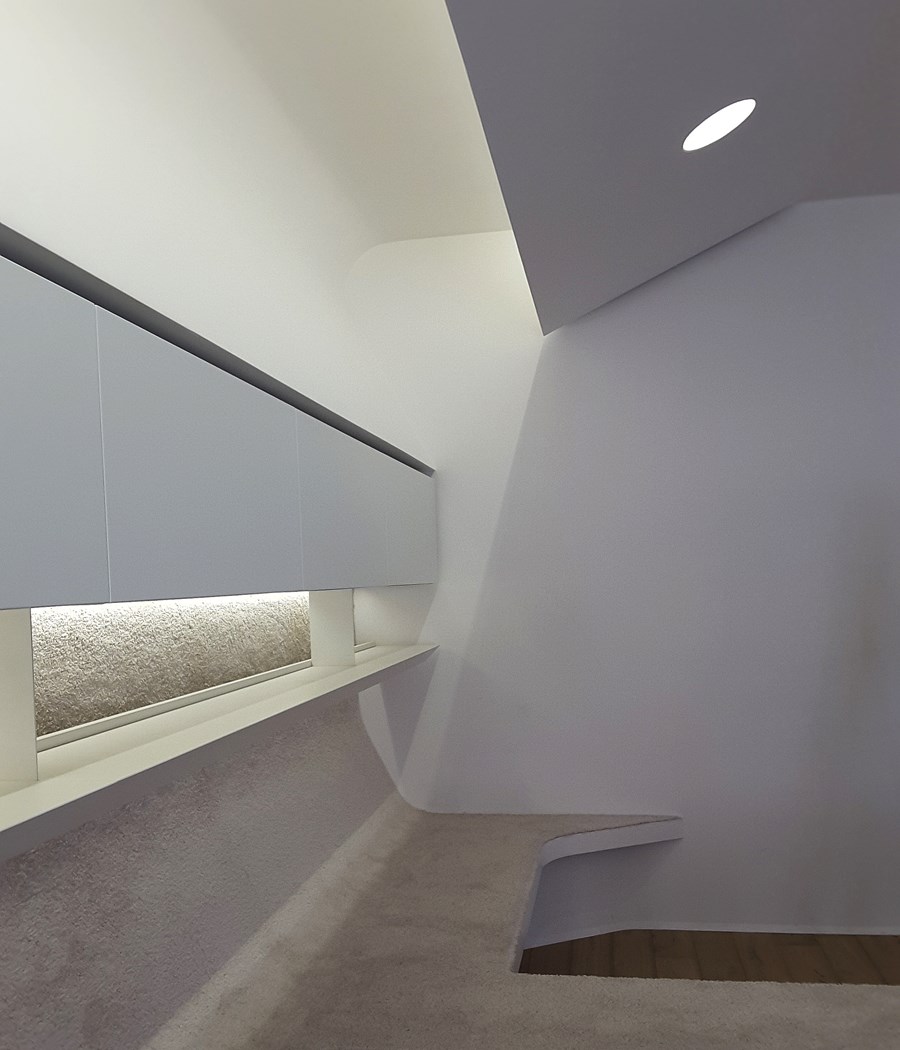 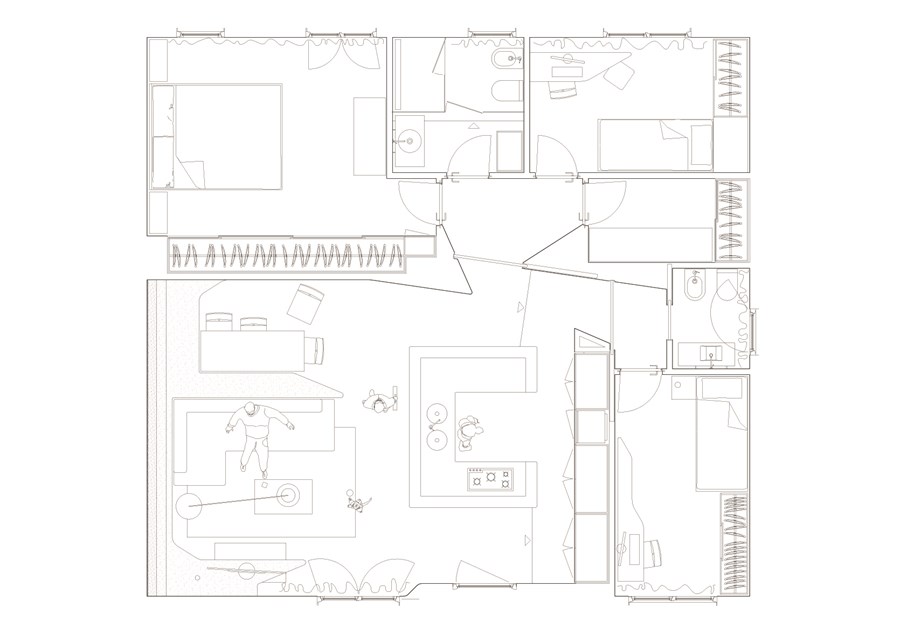 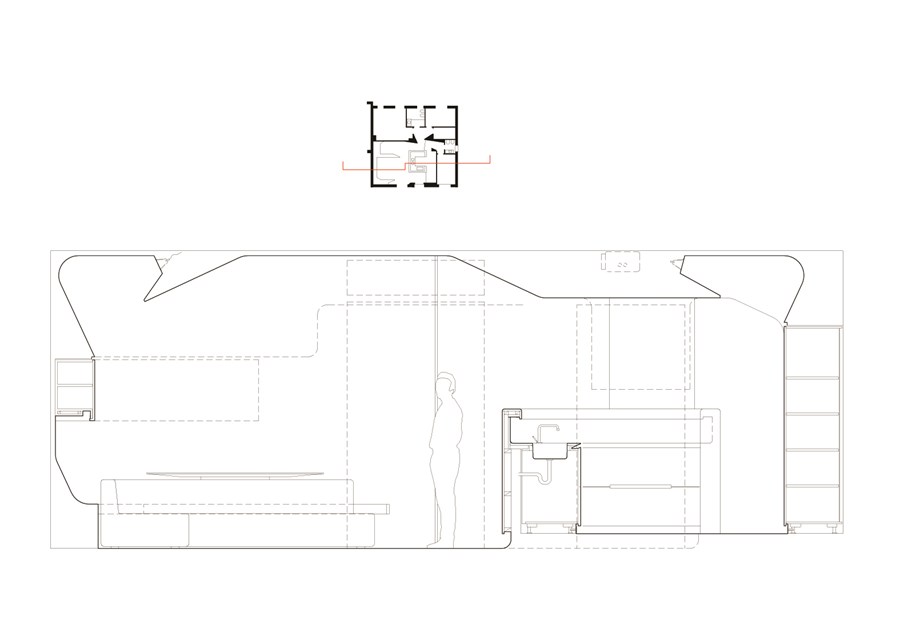 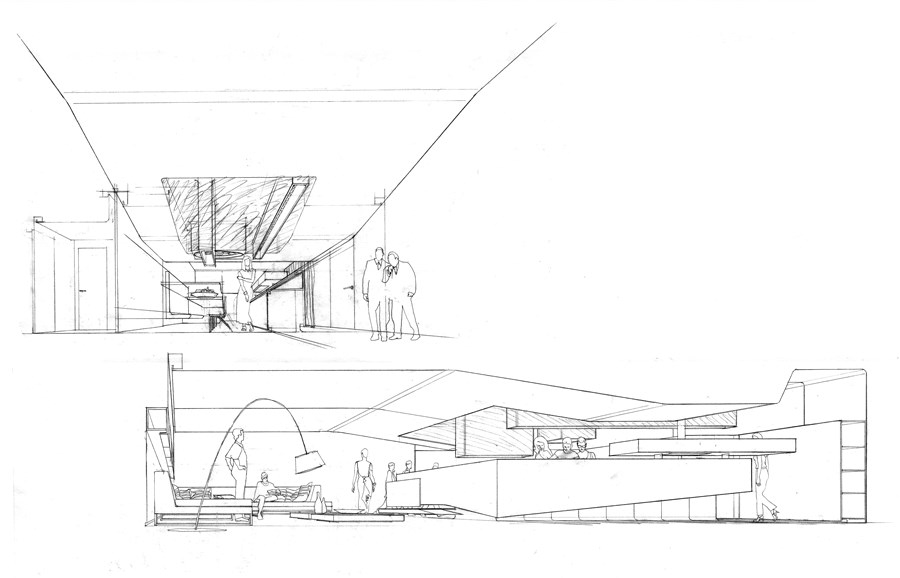 TLI house – the daily activities are not divided in a rigid way in different moments, the thought is fluid and elastic, the perceptions of spaces are continuous and dinamic, so architecture have to be fluid, without too schematisms, rigid divisions and multifunctional.
This is the main effort of the project for a flat contained inside an early seventies block of apartments, despite the small surface!
To make the most of a scarce area, without the possibility to modify the perimeter and, at the same time, to satisfy the needs of a four people family group stimulating a contemporary life style is difficult.
Every blind partition, if not strongly necessary, has been avoided to don’t intercept the space’s flow and, as much as possible, the different functional zones have been defined articulating the horizontal surfaces in a whole opened environment.
The ceiling is the protagonist and transforms the small space in a dynamic manner, speeding the space’s flow up or slowing it, depending on the different functional situations.
The artificial light becomes a way through which to sculpt architectural shape and space, emphasizing its “movements”.
The connection surfaces are multifunctional working like a filter, but also like a wardrobe and wide sliding doors can be used like walls concealed.
photographs: Architettura Matassoni