Shop, bar, restaurant and cheese dairy – the project “Lingenhel” designed by destilat is very unique and was therefore quite an extraordinary challenge. The visual and spatial identity for Johannes Lingenhel’s culinary-gastronomic vision was developed from scratch for this project, since no corresponding definition of it existed initially. 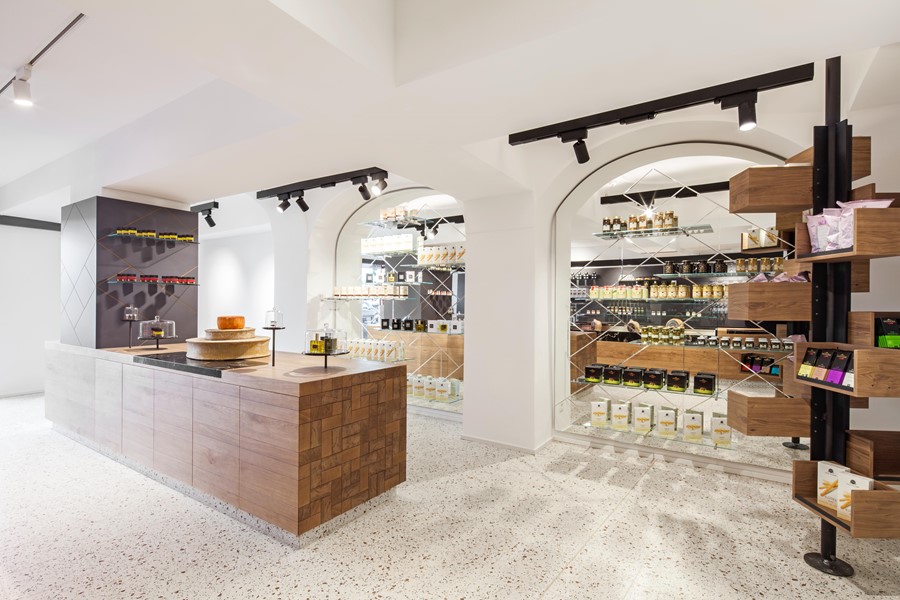 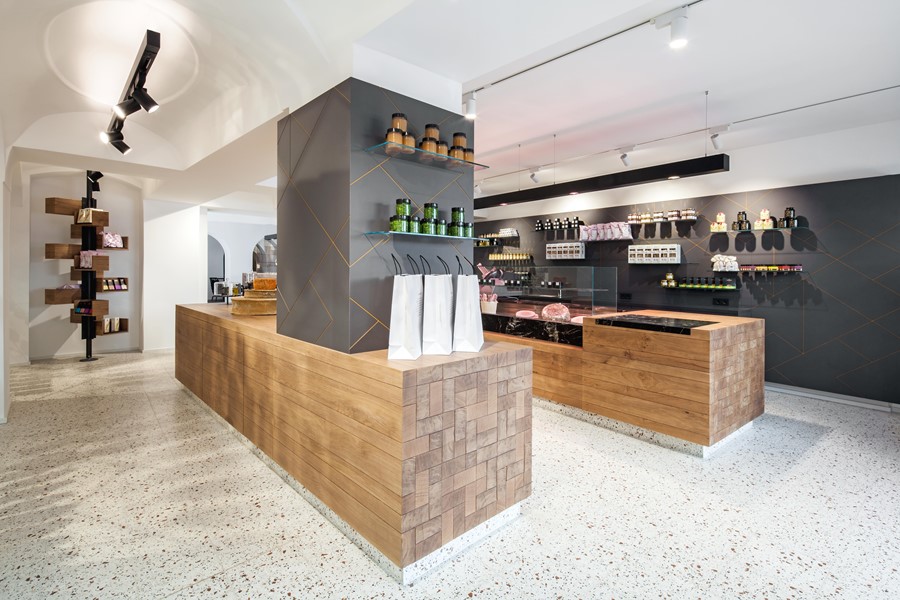 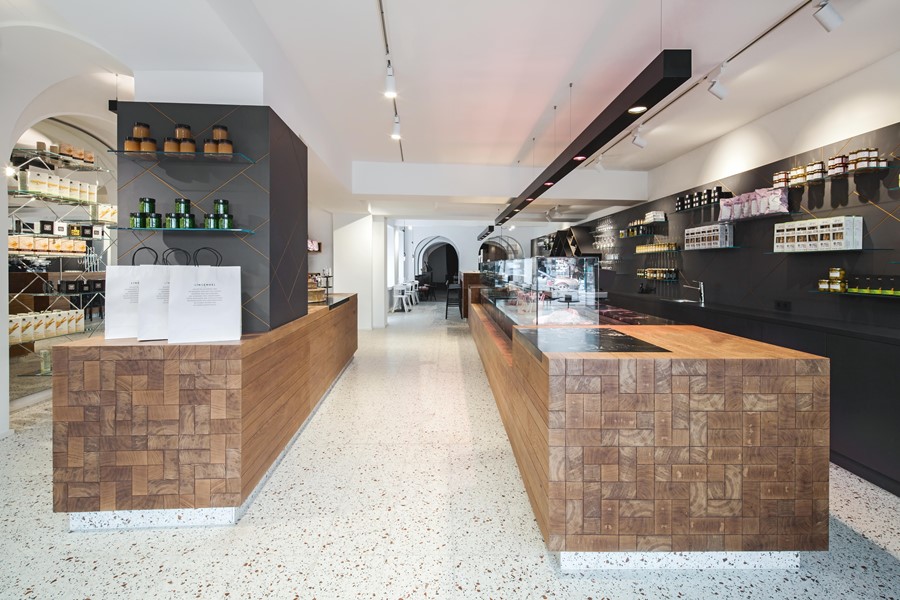 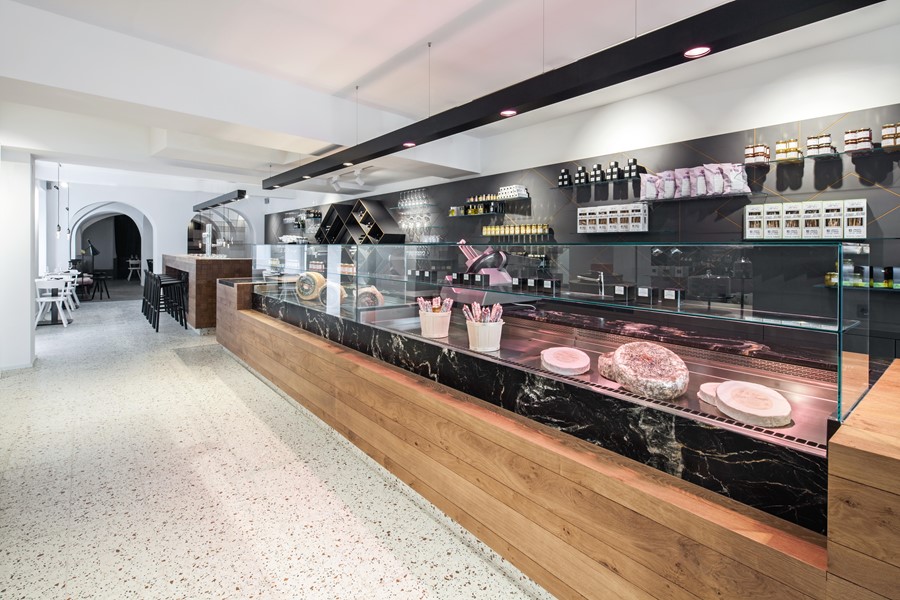 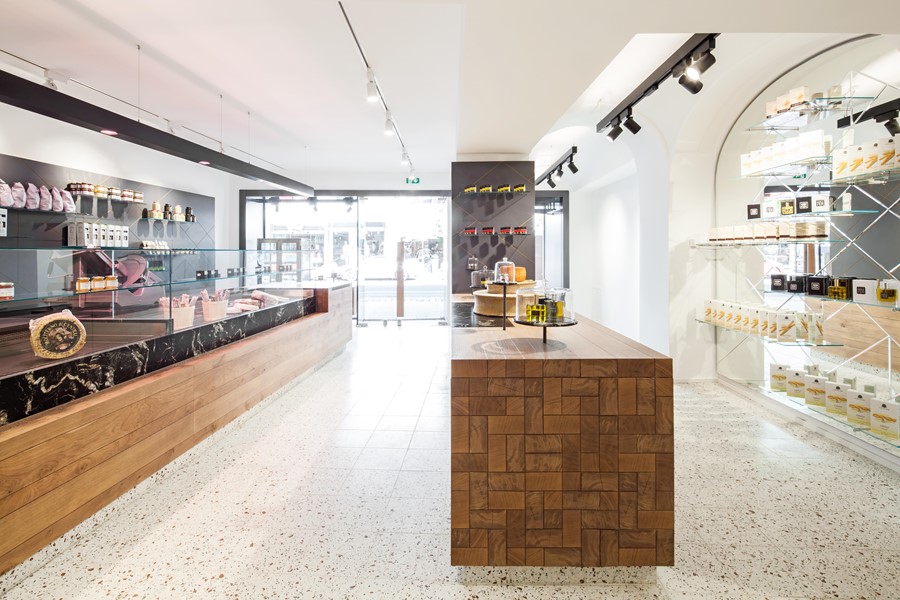 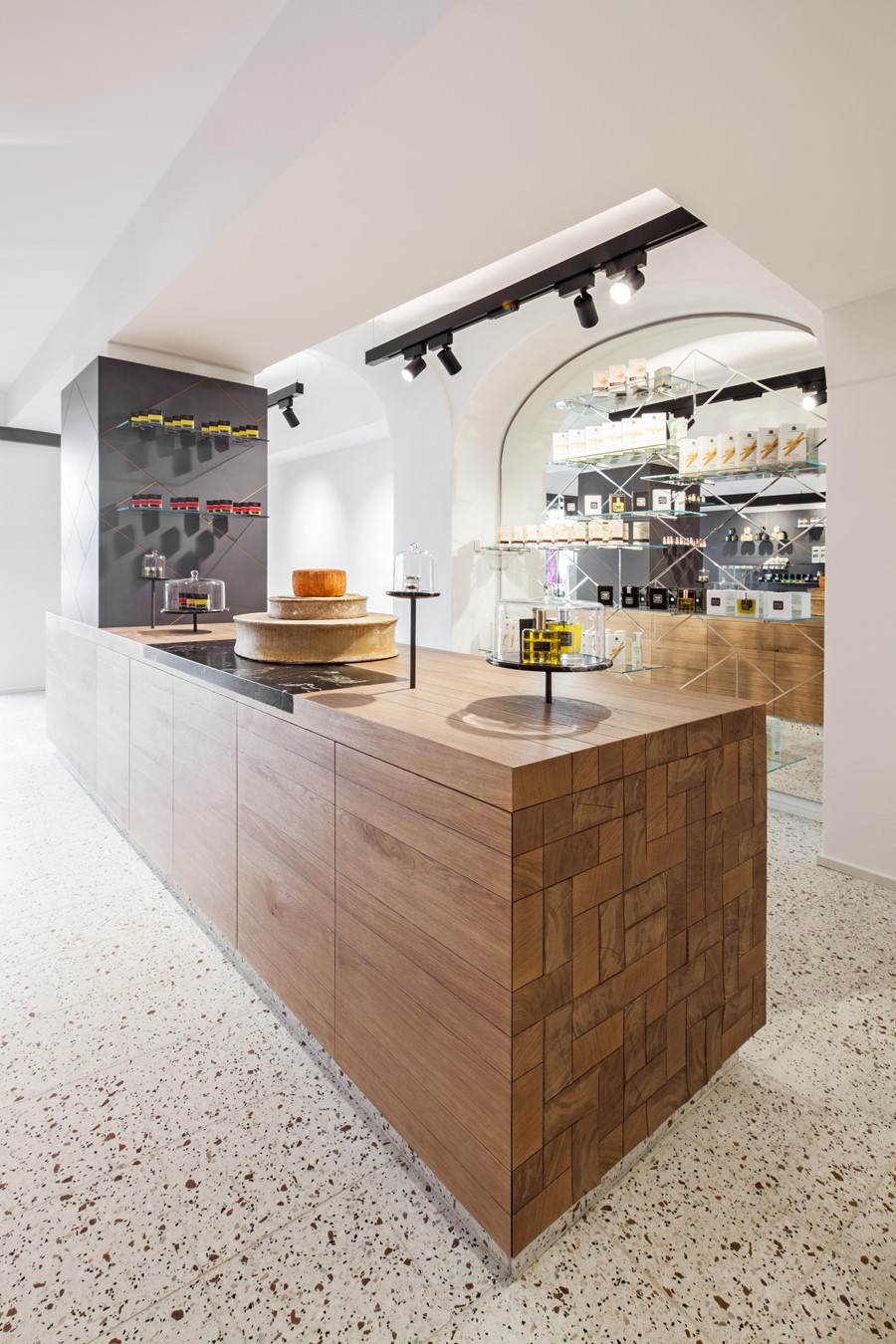 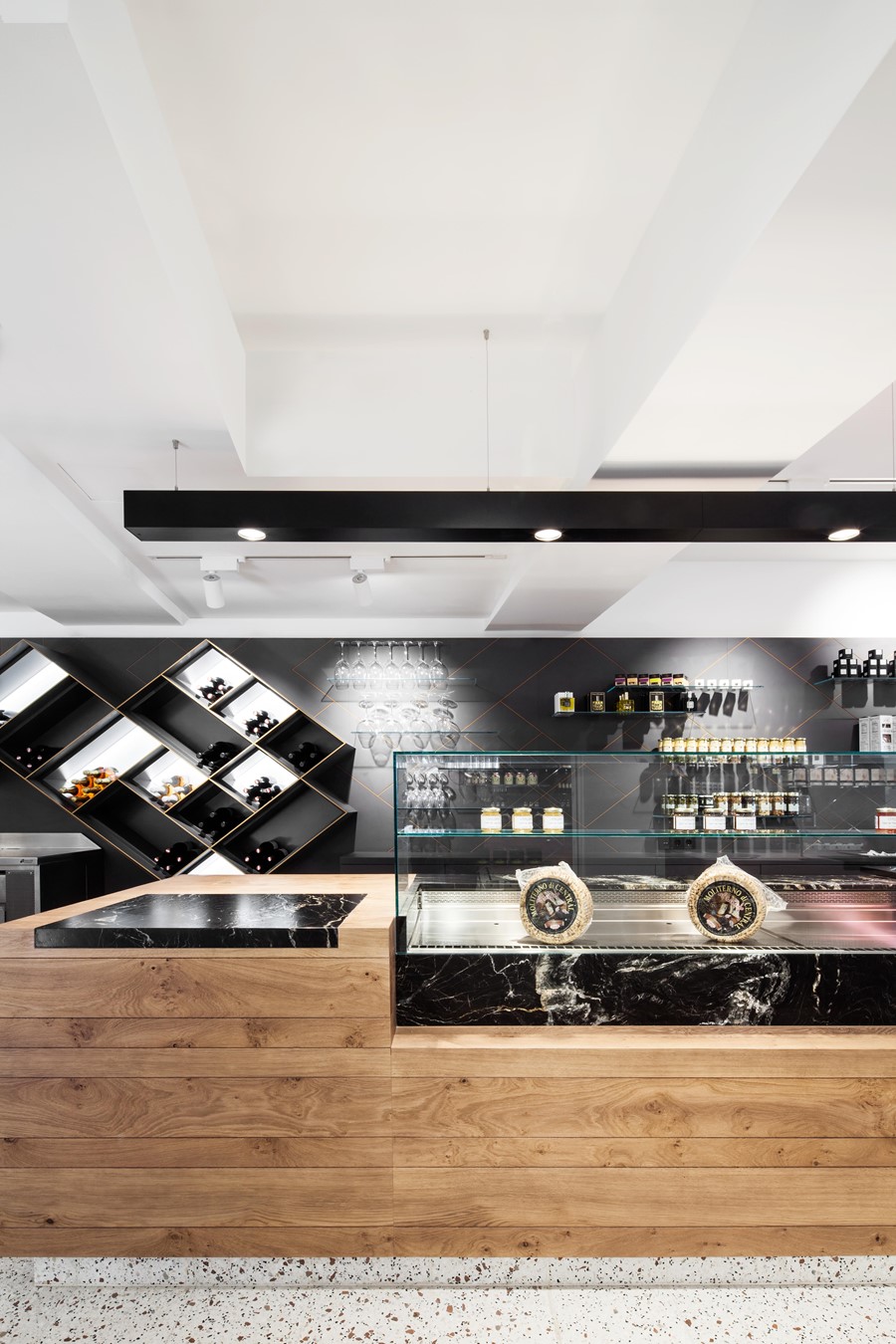 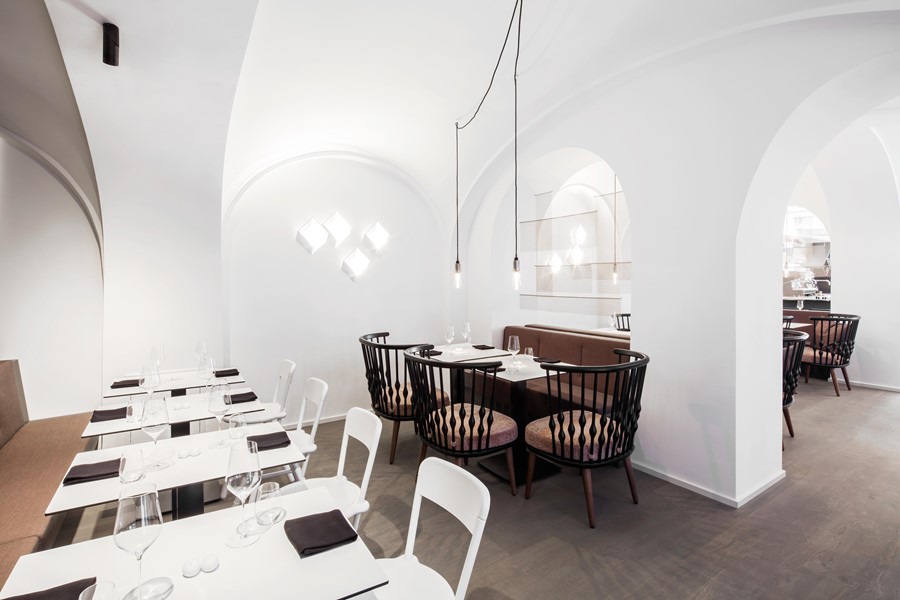 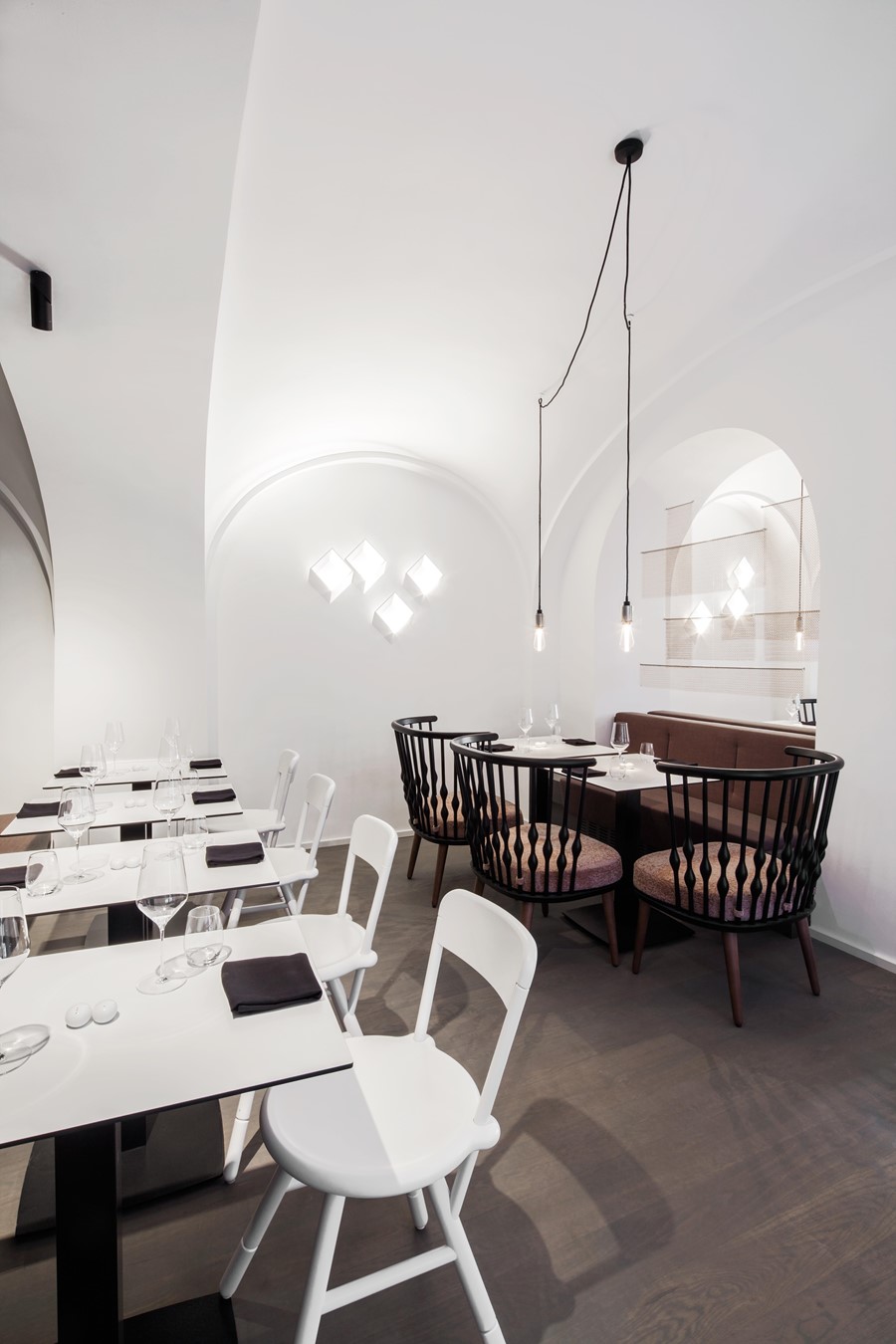 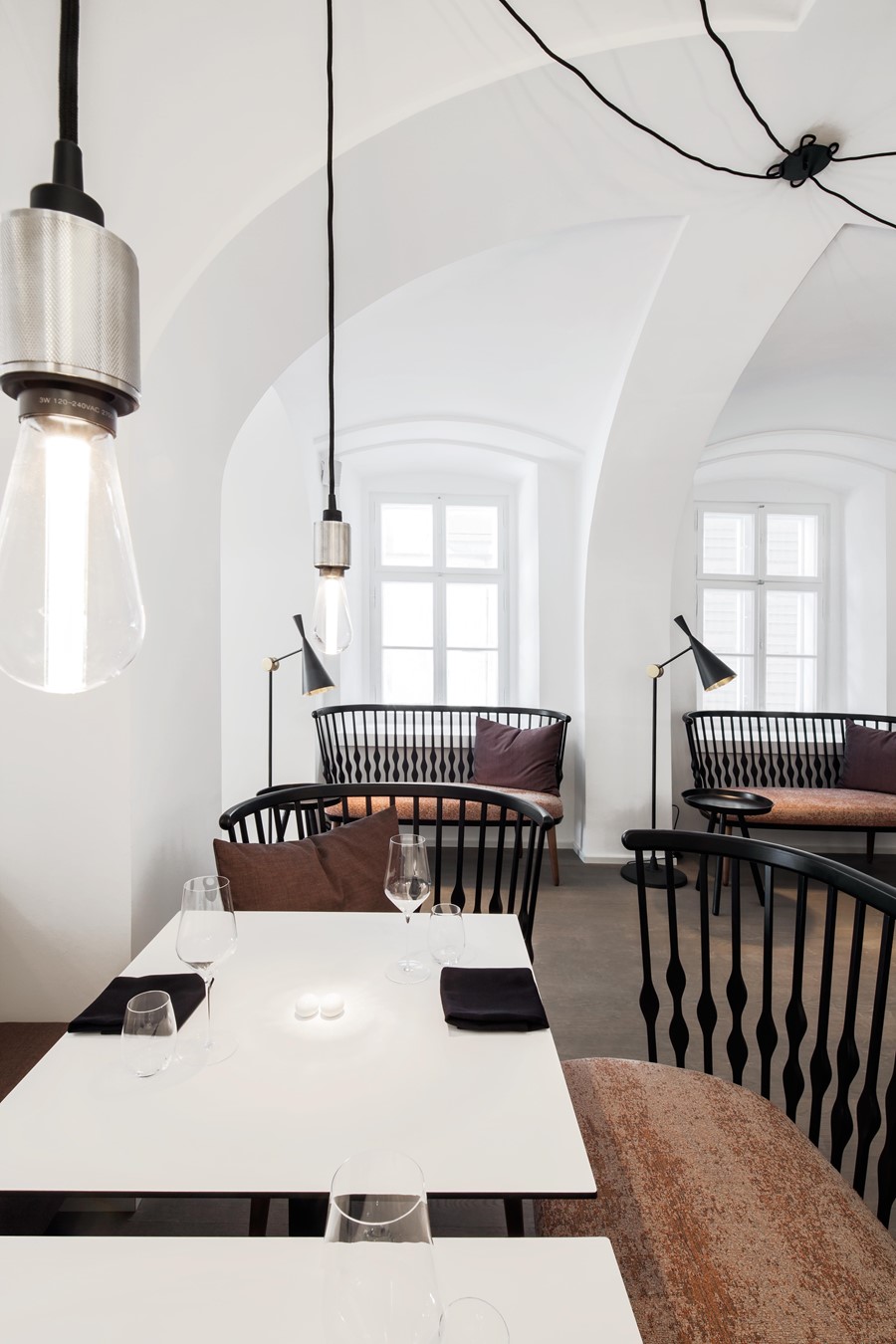 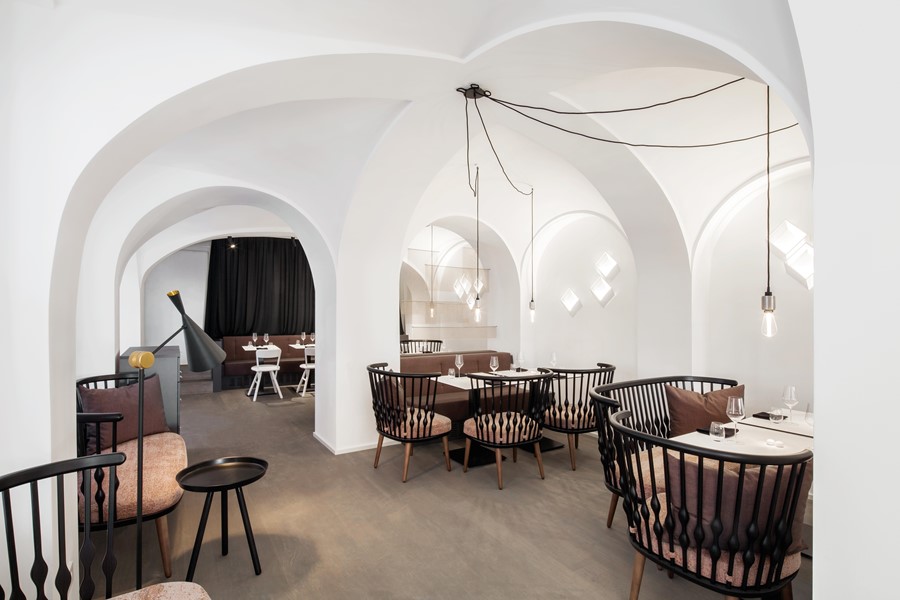 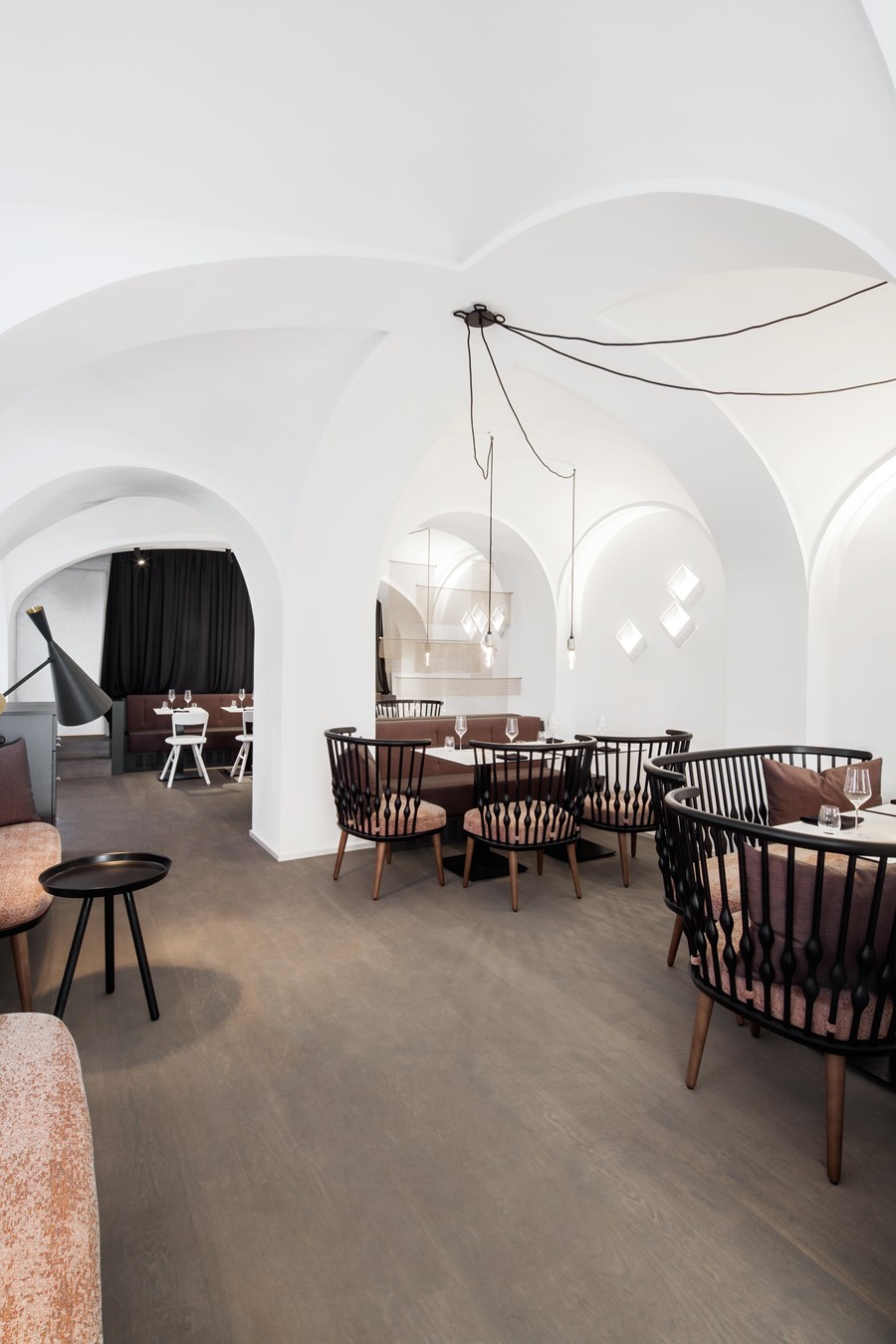 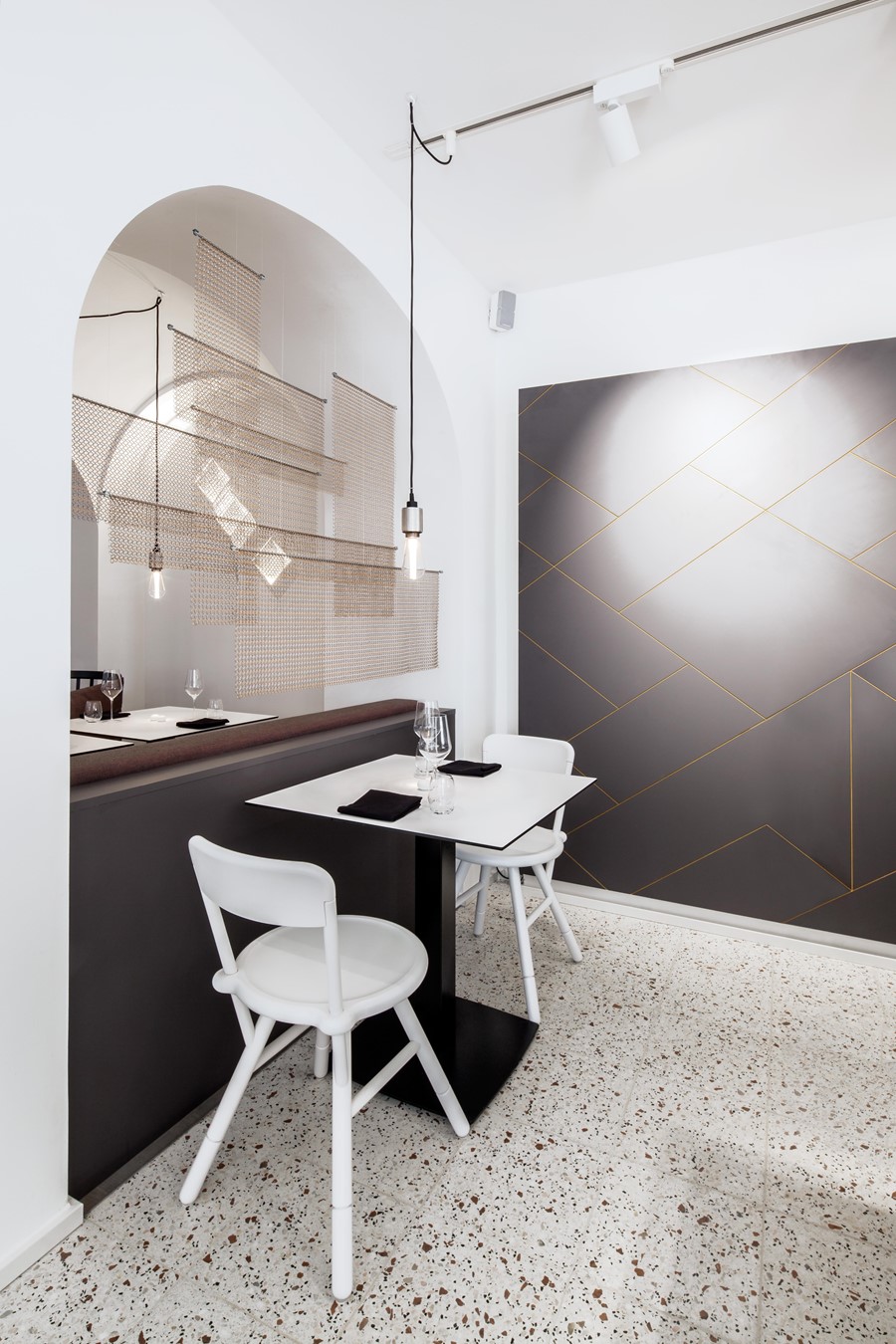 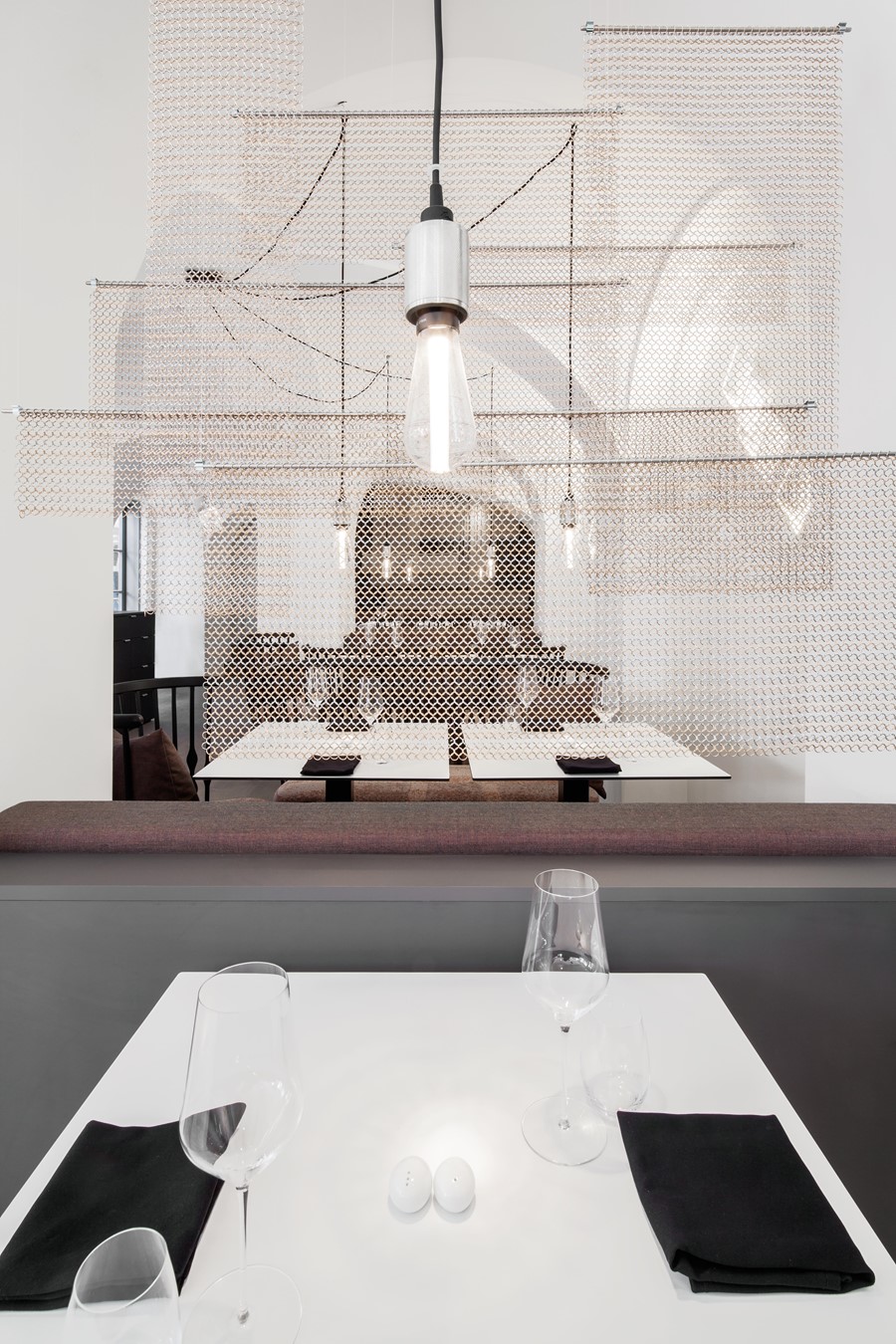 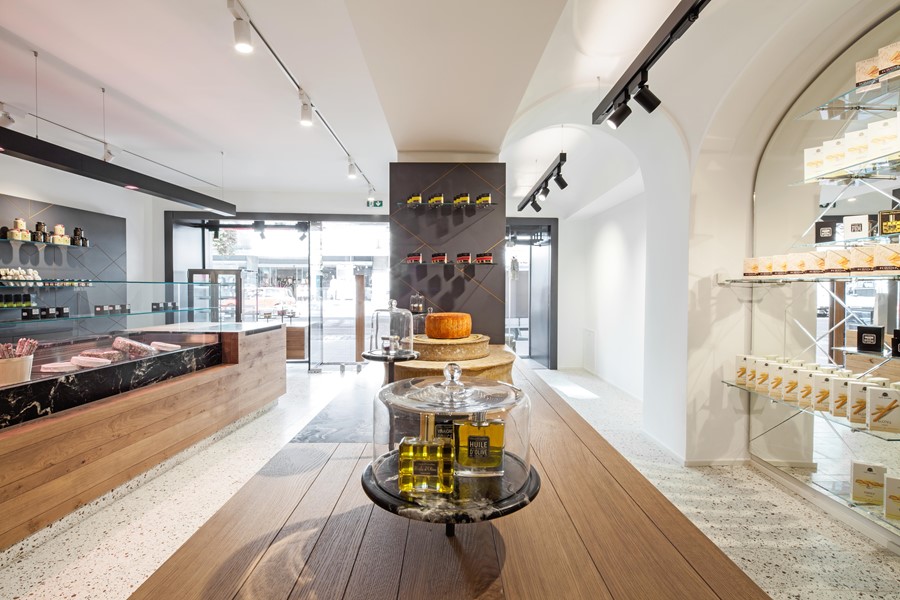 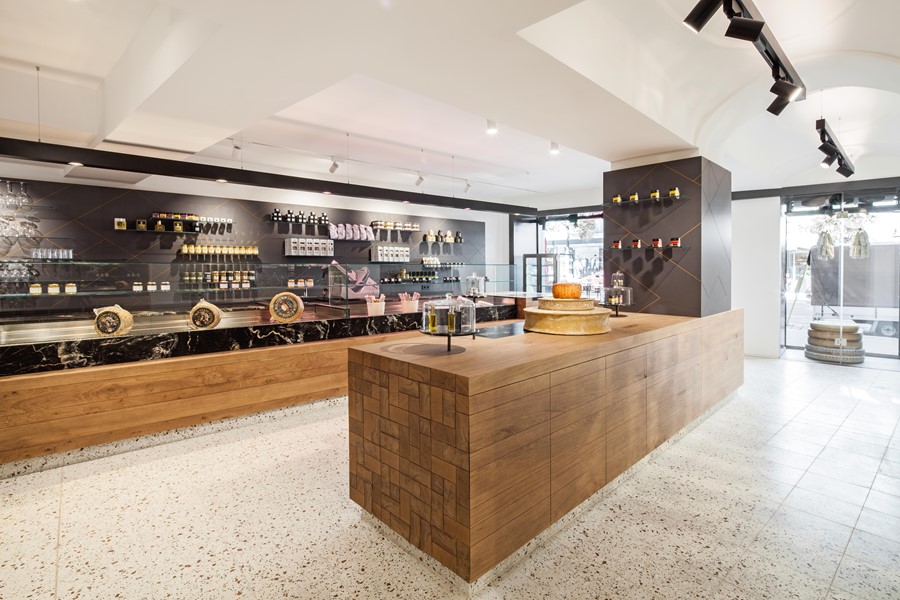 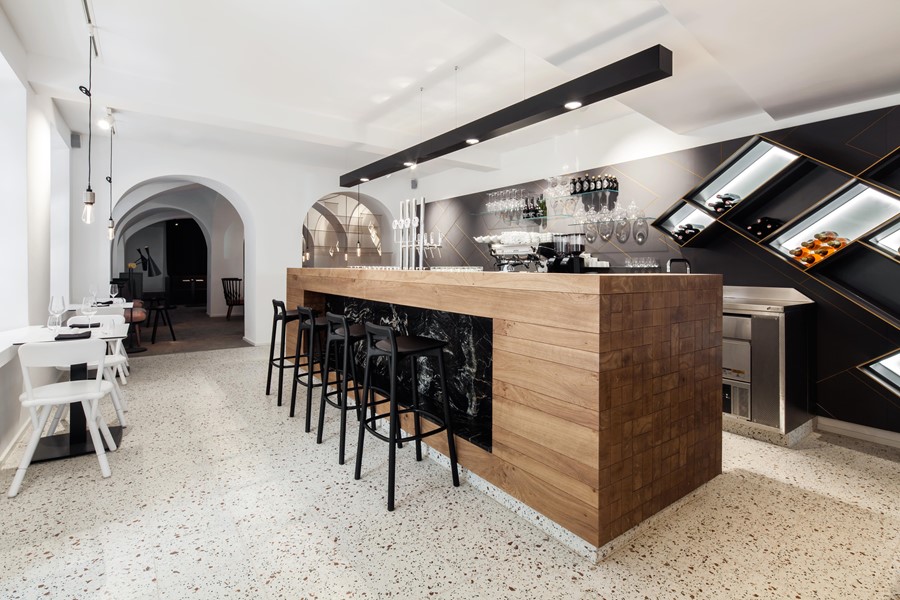 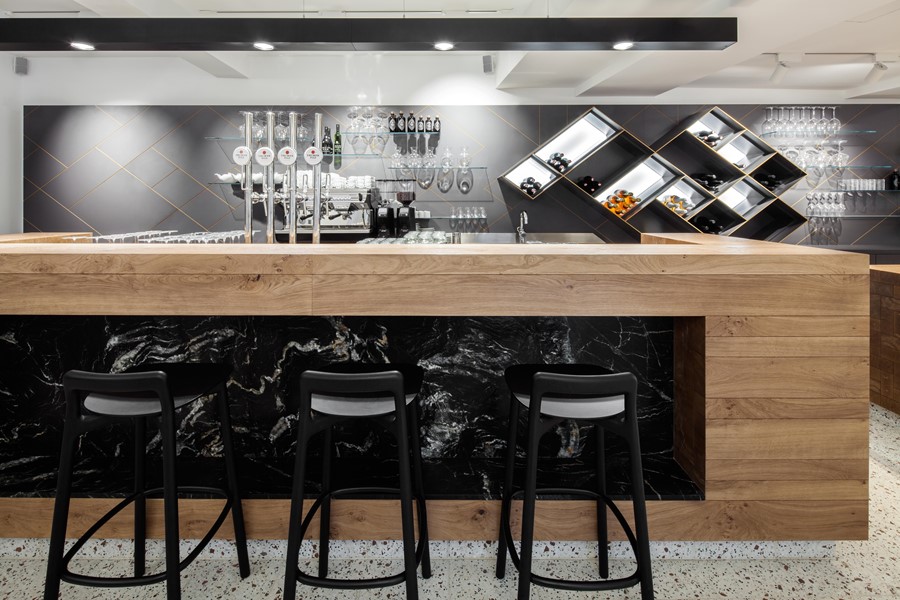 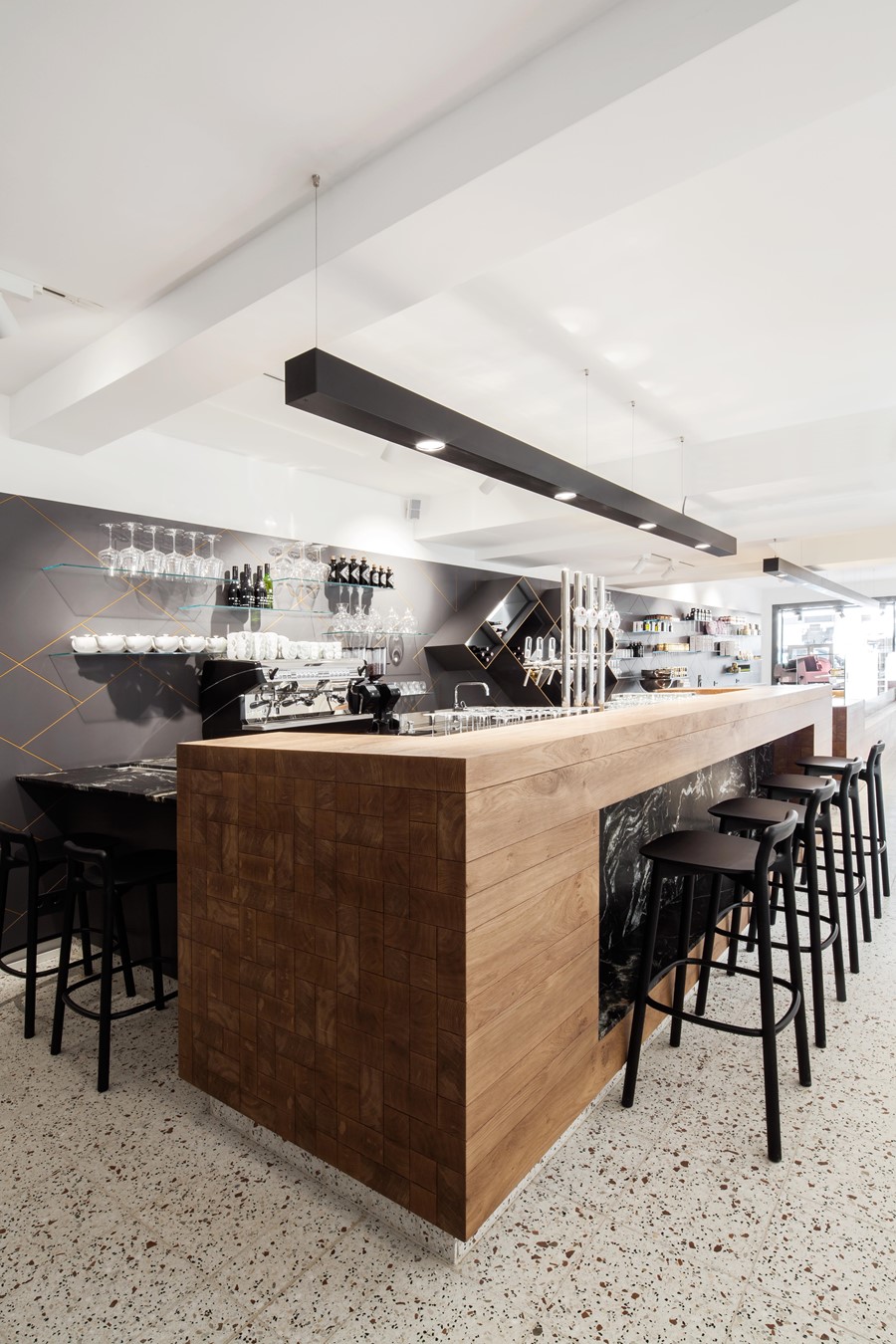 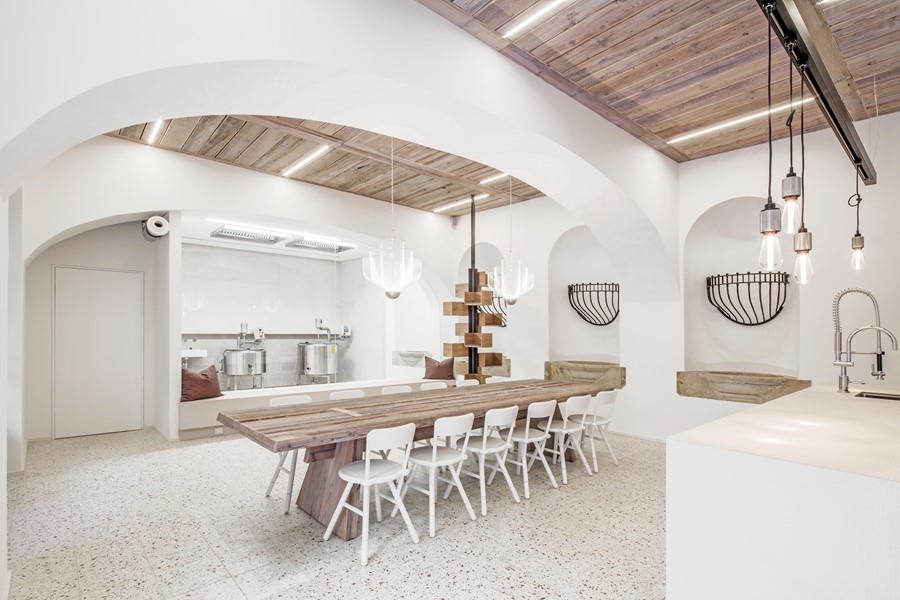 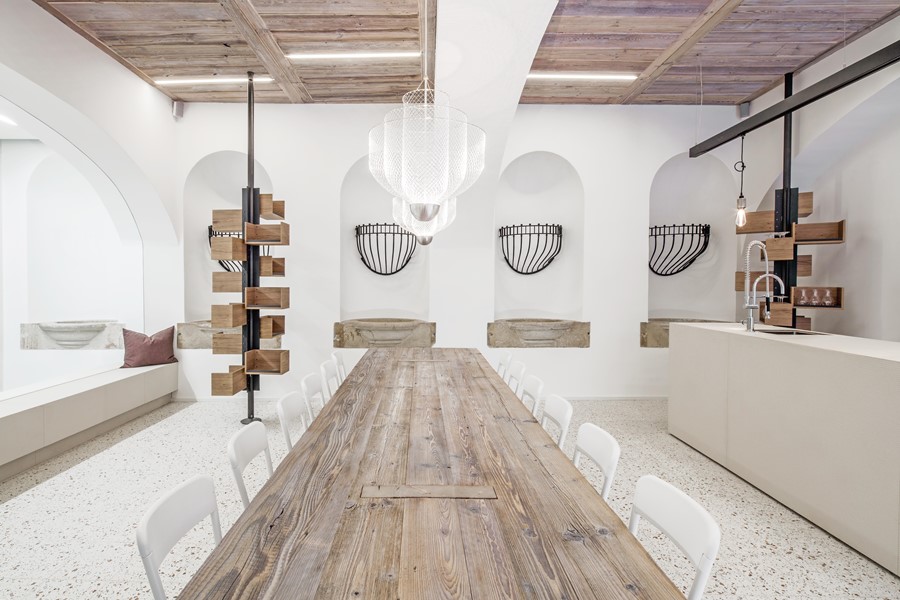 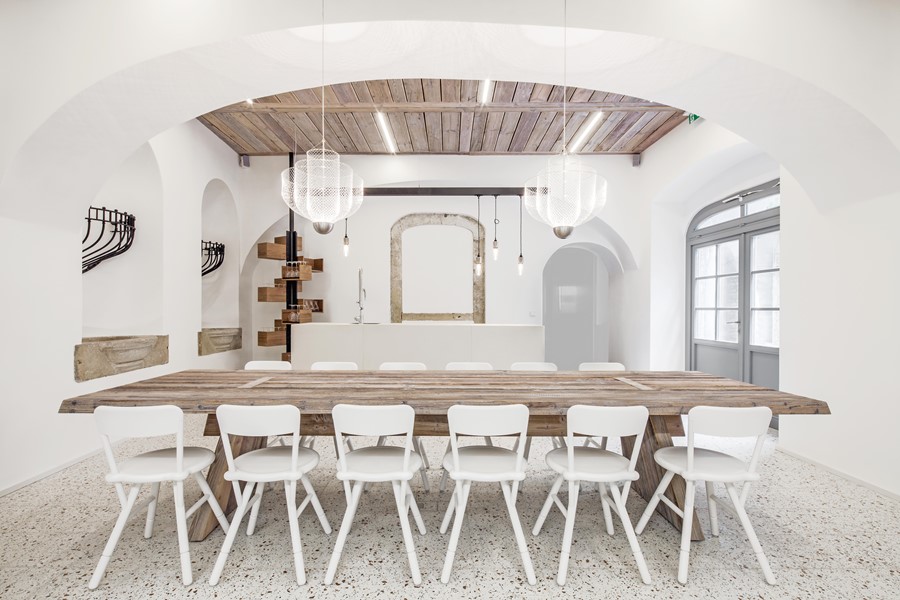 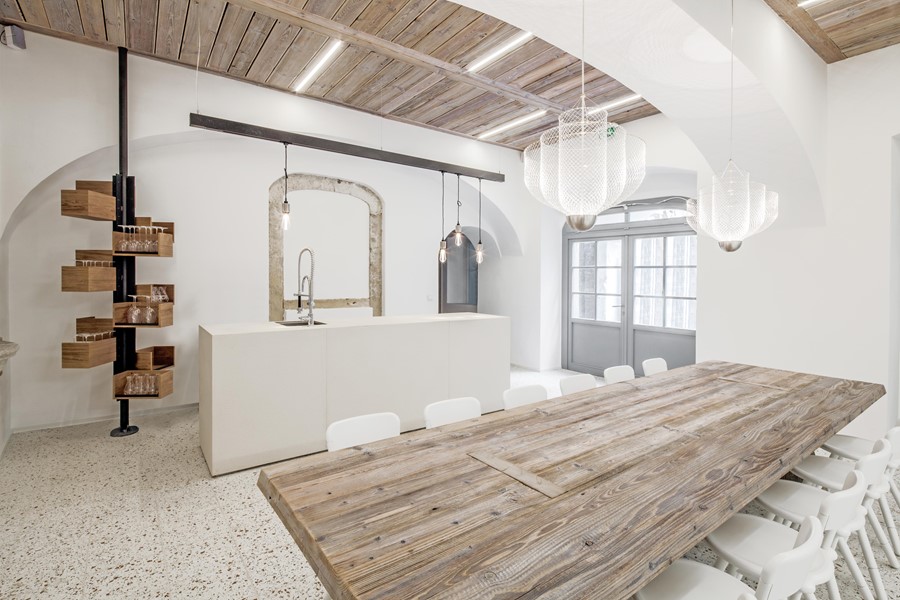 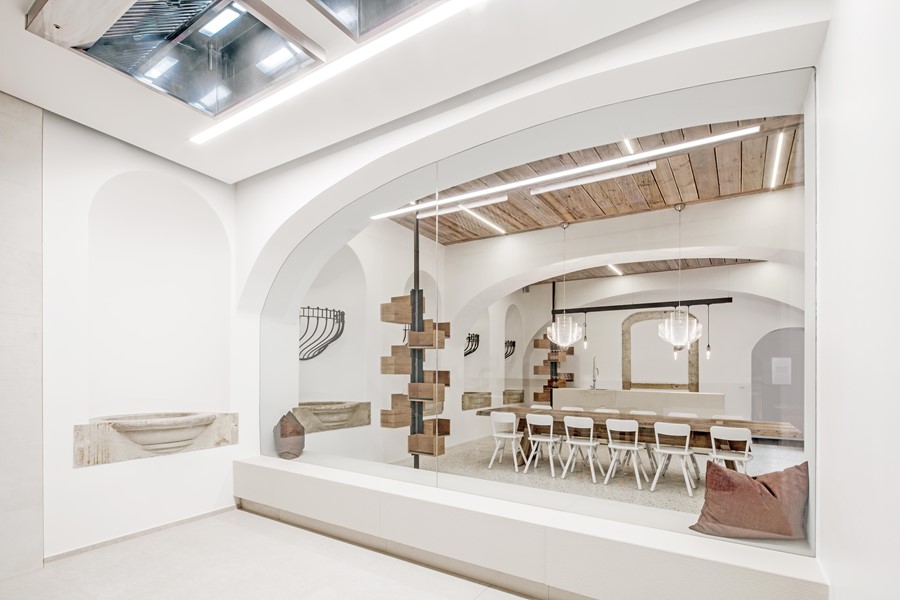 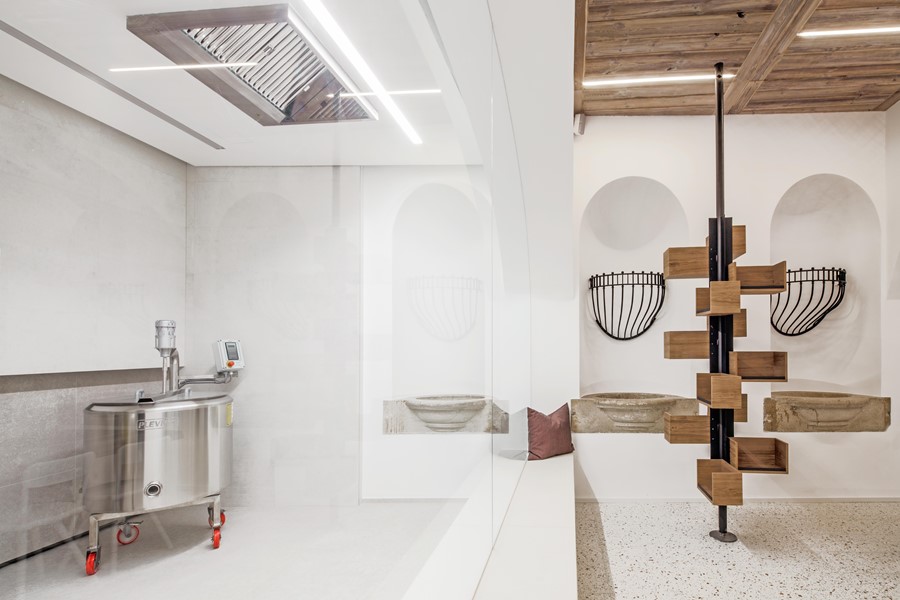 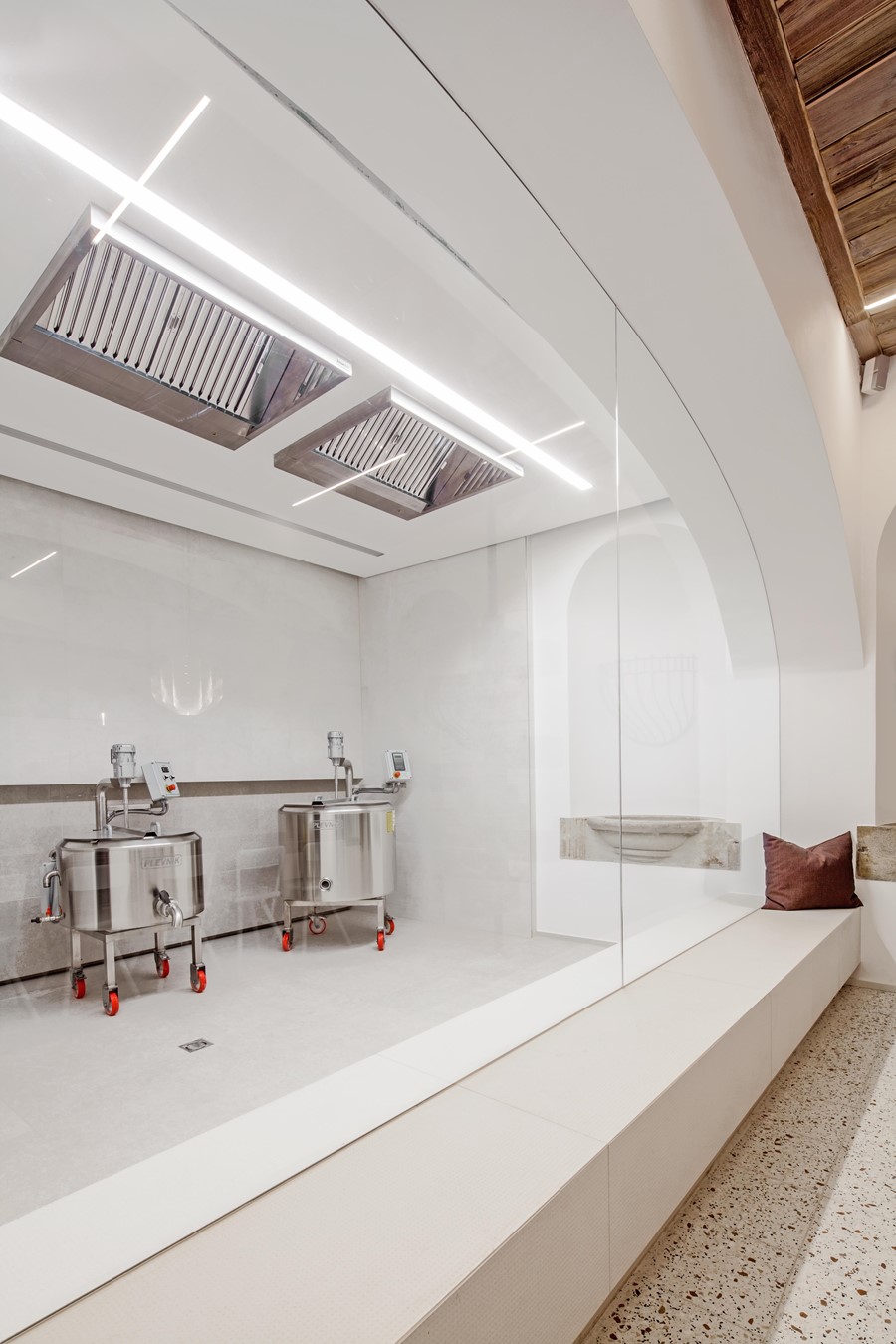 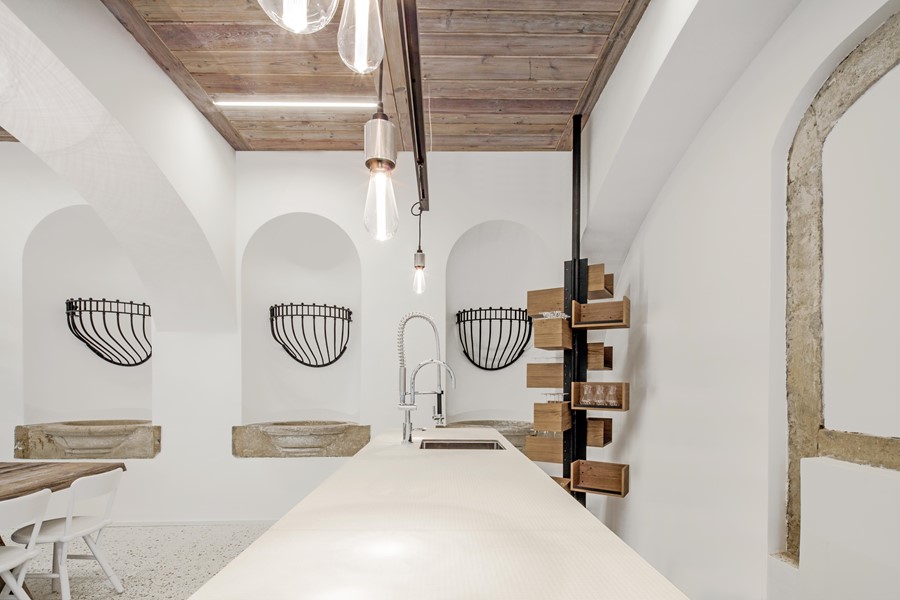 The two cornerstones of this architectural concept are the project’s listed building on Landstrasser Hauptstrasse in Vienna and Lingenhel’s corporate identity.
Its counters, bars, and presentation furniture evoke images of cubically stacked wooden beams, which were inspired by the beams of the historic roof truss. Surface structures and haptics play significant roles in this concept. Patination reflects their change, which develops over the course of time; as a result, the building’s long history as well as the production processes of certain foods find their place in this house.
The central idea of this interior design concept is not to fight against natural ageing processes but use them to increase quality. This turns ageing processes into improvement processes, which are naturally associated with the tasteful ripening of cheese or raw ham.
The counter will become more and more beautiful by being used daily. It captures its very own history over the course of time in the process.
The architectural concept’s second cornerstone – Lingenhel’s corporate identity, which was developed by Germaine Cap de Ville – plays a central role in this interior design project with its “Lingenhel check” pattern.
The check pattern is transformed from its abstract graphic origins into the basis for wall-mounted product presentations. Translated into the third dimension, it ultimately turns into shelves, which are used to present wine.
One of the Lingenhel universe’s central areas surely is the public cheese dairy with its adjacent tasting and event room in the historic court stables.
In this area, the goal was to merge the cheese dairy’s hygienic requirements with an atmospheric and multifunctional event room.
The area of the cheese dairy is separated from the rest of the room by a glass wall and can only be accessed through a hygienic sluice. The room’s sophisticated light installation evokes the image of a theatre stage, which deliberately puts the cheese-making process in the central limelight.
The huge central table made of raw wooden beams and the two minimalistic wire-mesh chandeliers give the tasting room its archaic flair, which corresponds with the room’s character and, at the same time, provide attractive contrasts to the cheese dairy’s sober, industrial atmosphere.
Photography: Monika Nguyen