New cafe Redcup is a project designed in 2016 by ALLARTSDESIGN, covers an area of 190m2 and is located in Sochi, Krasnodar region, Russia Federation. 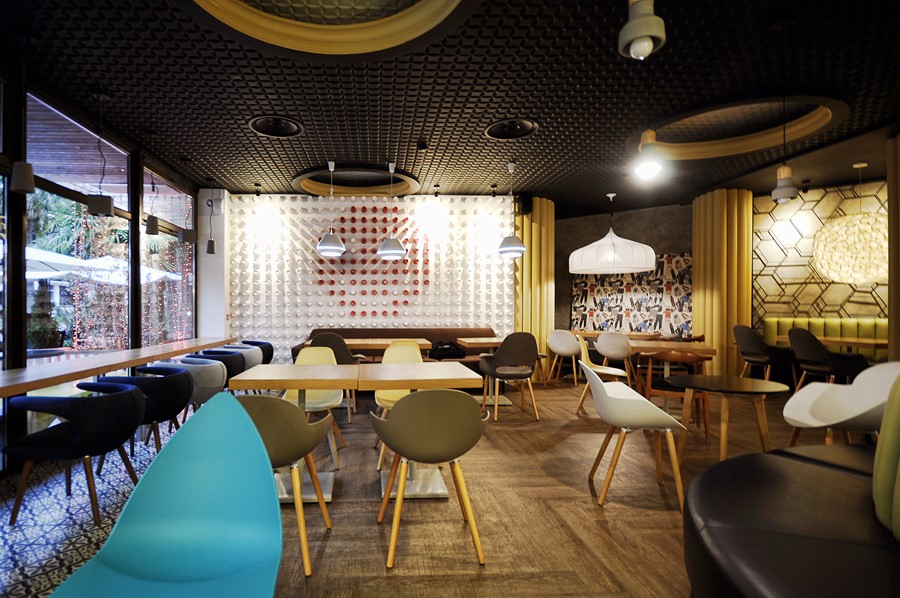 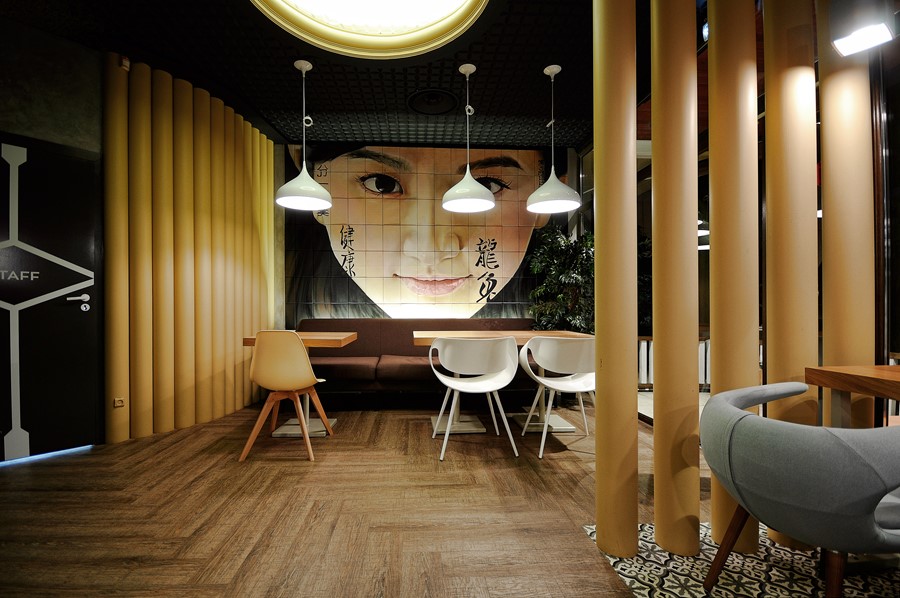 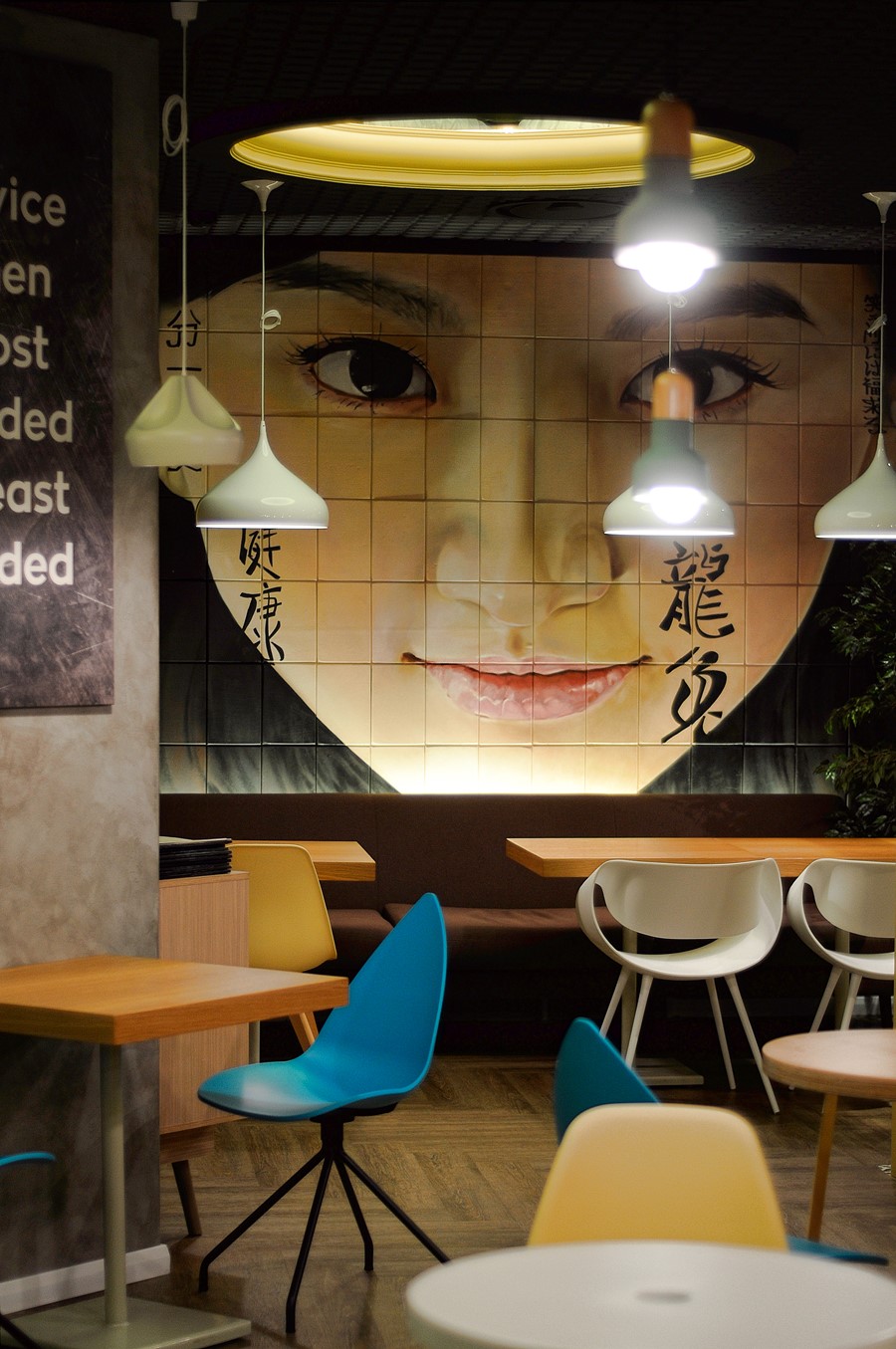 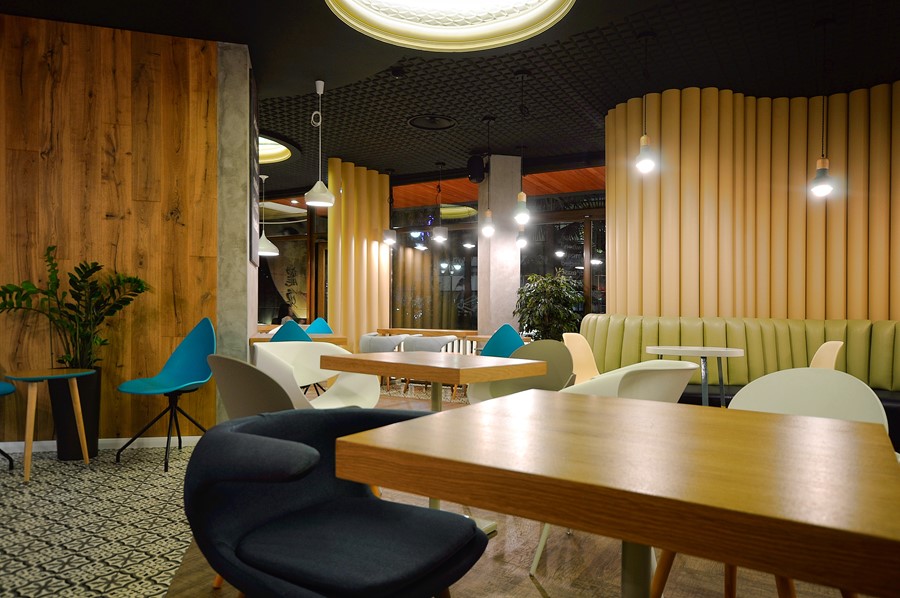 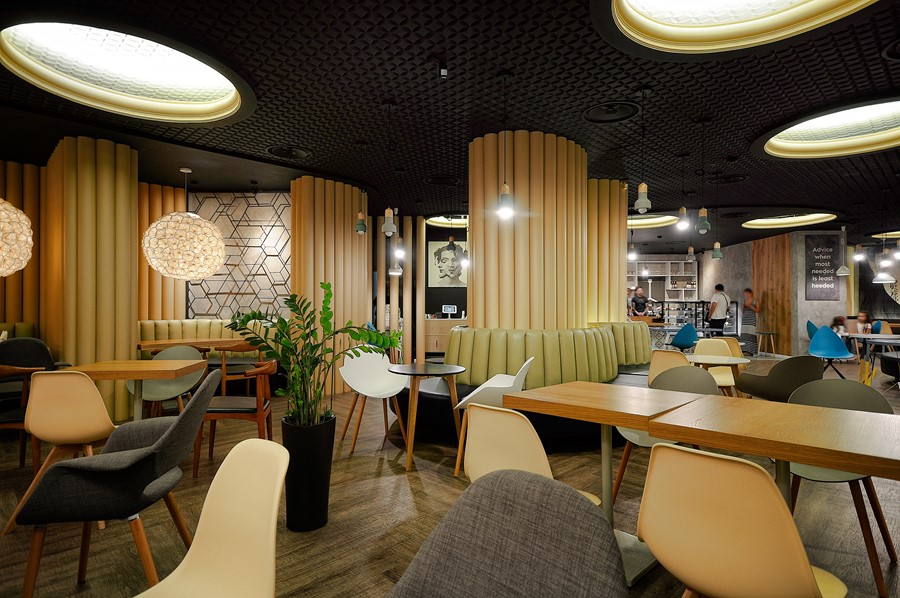 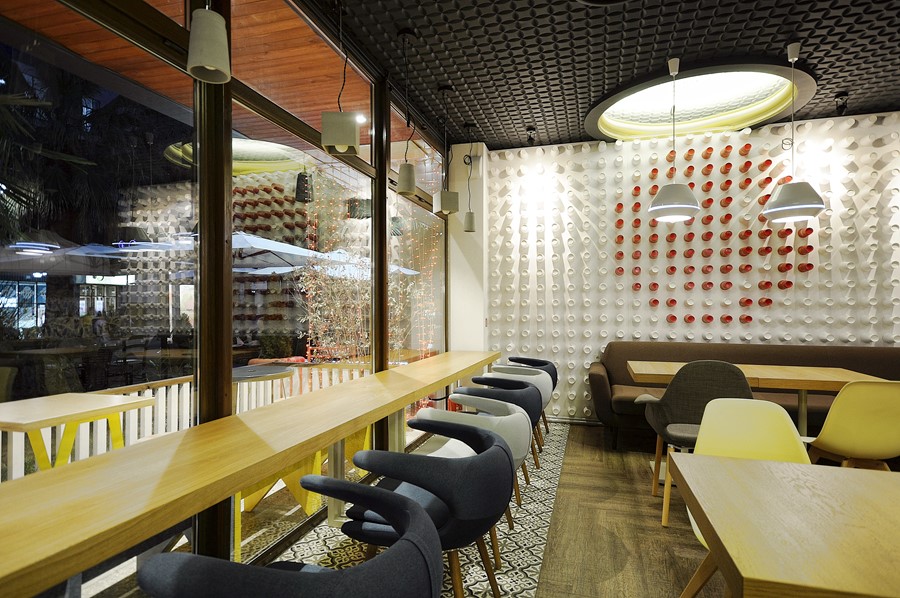 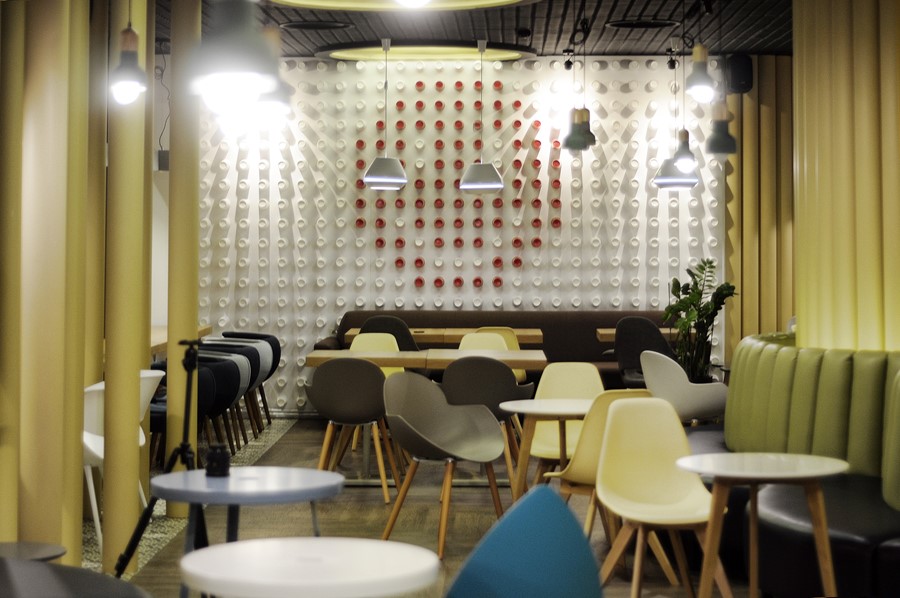 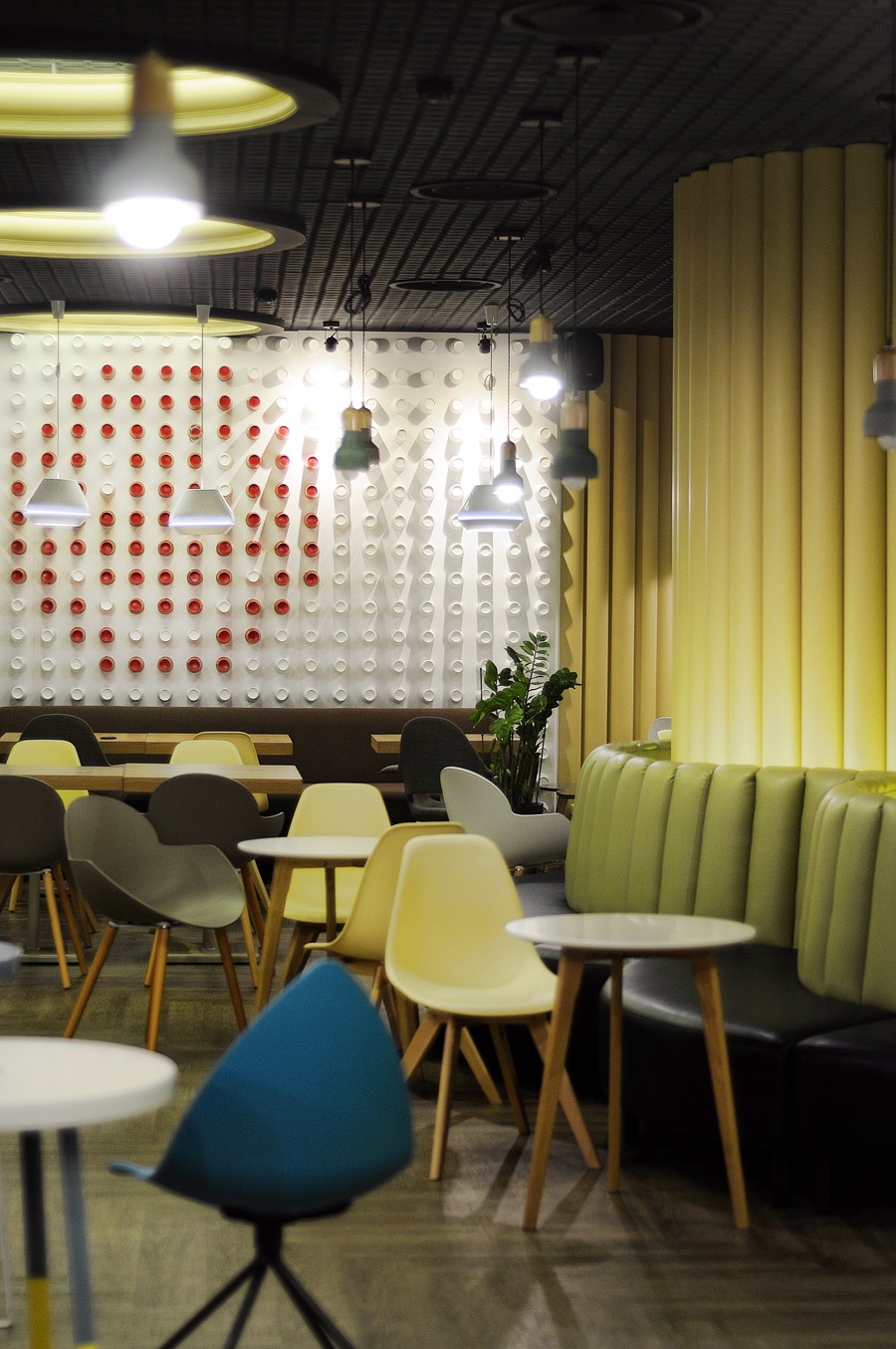 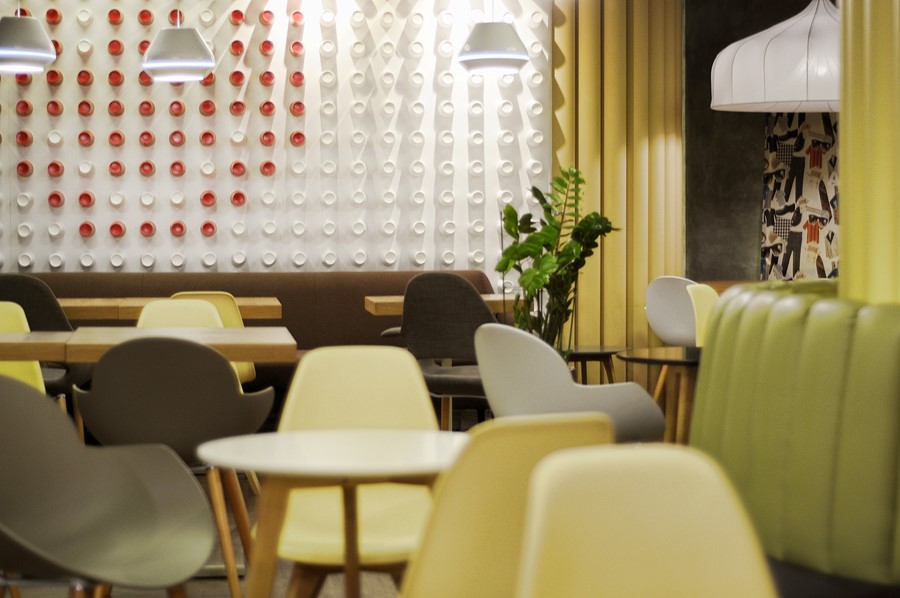 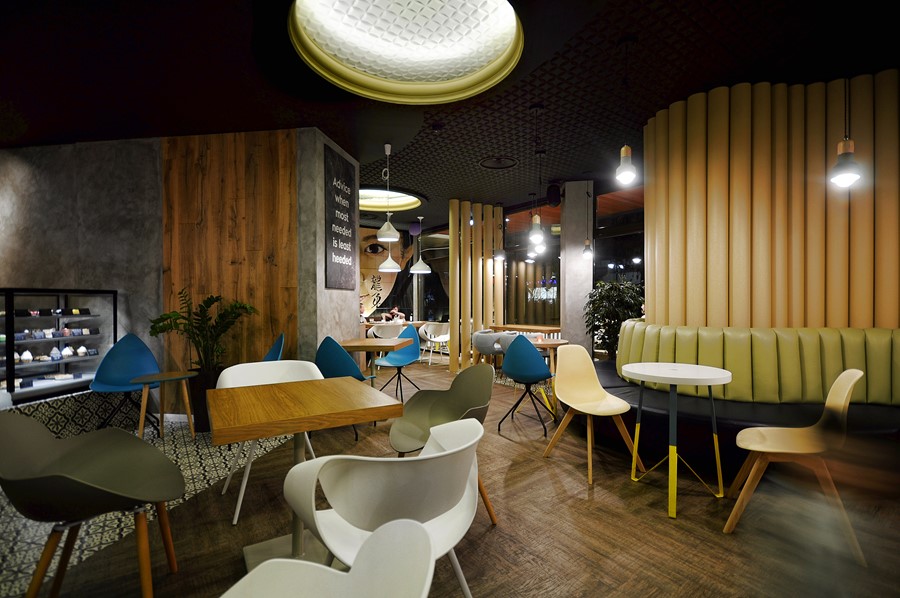 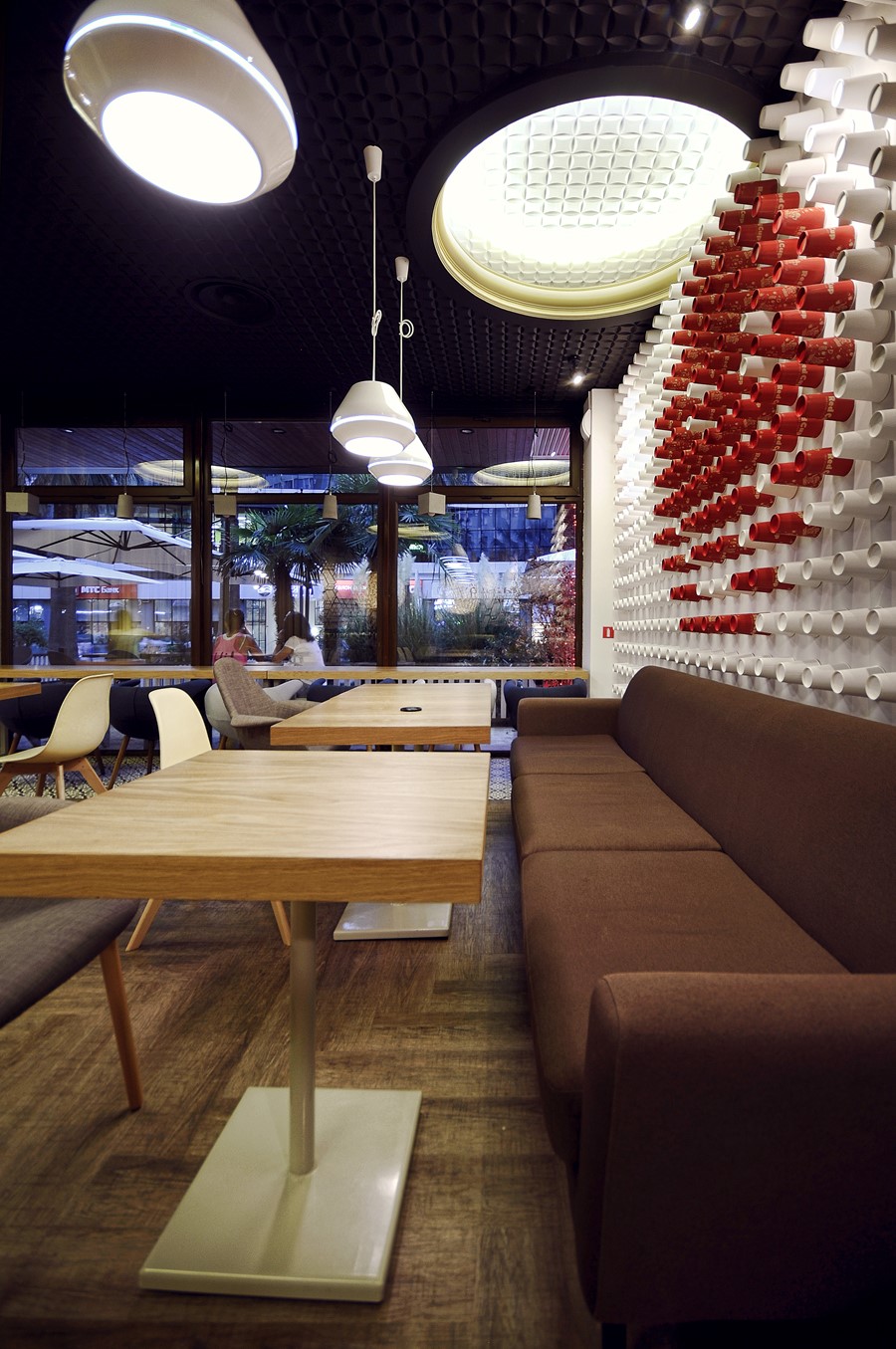 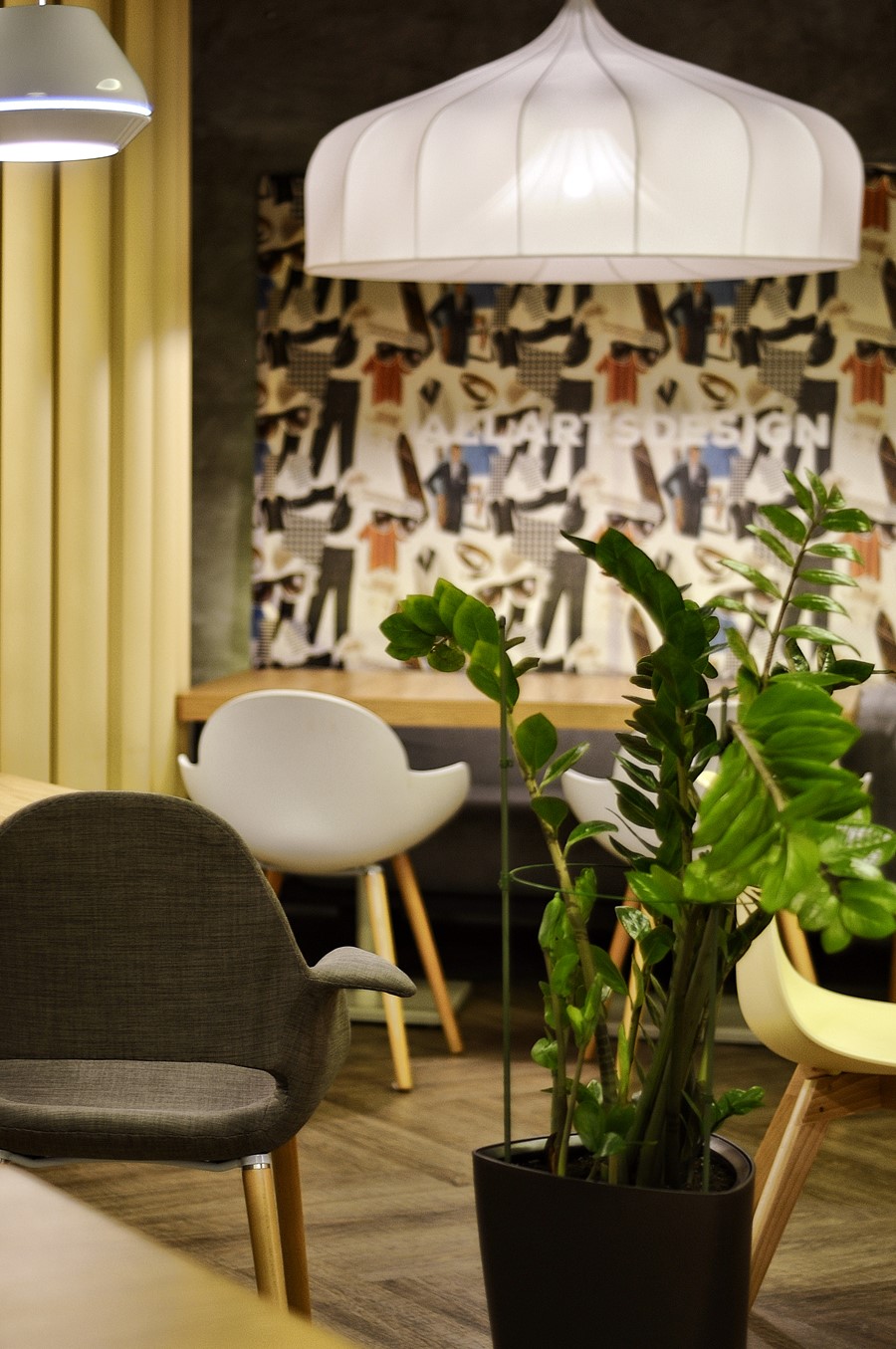 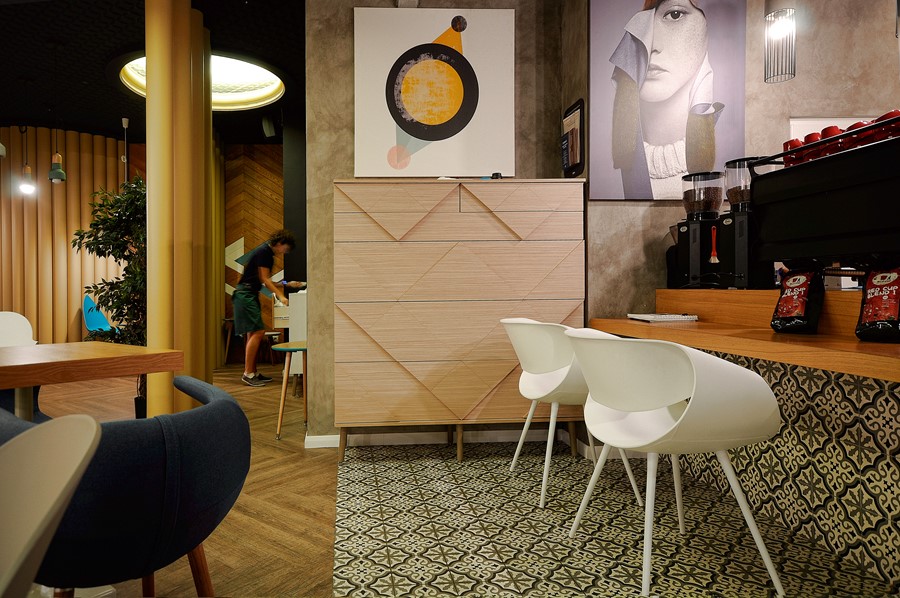 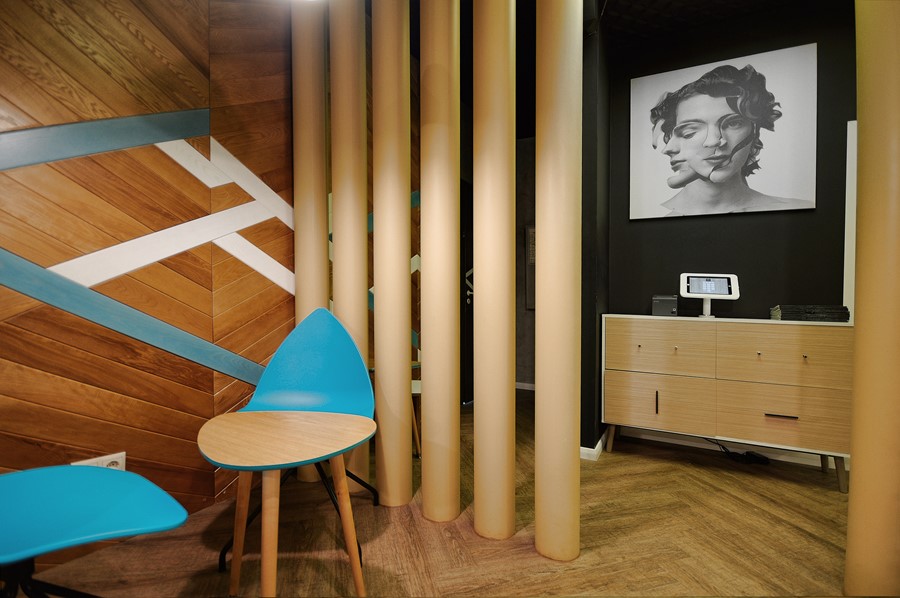 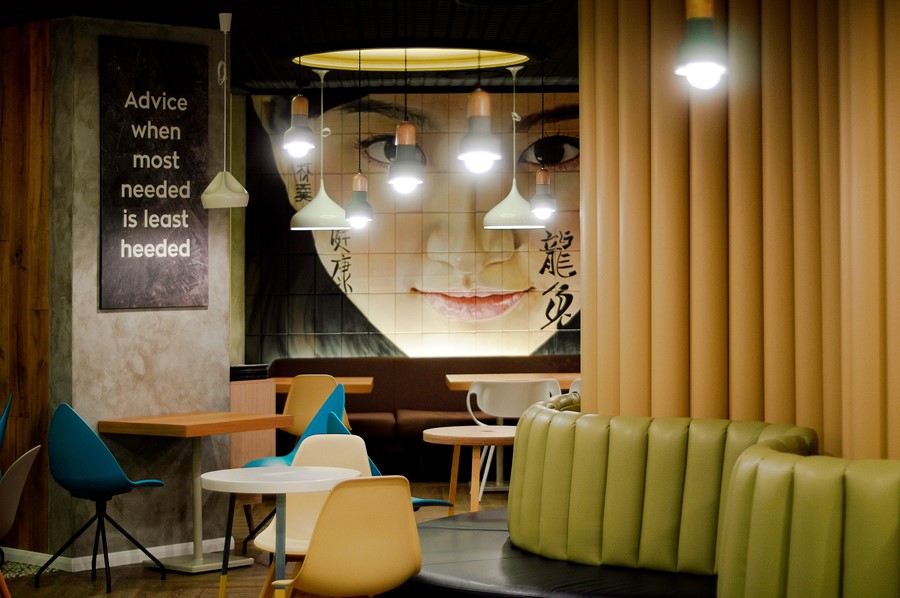 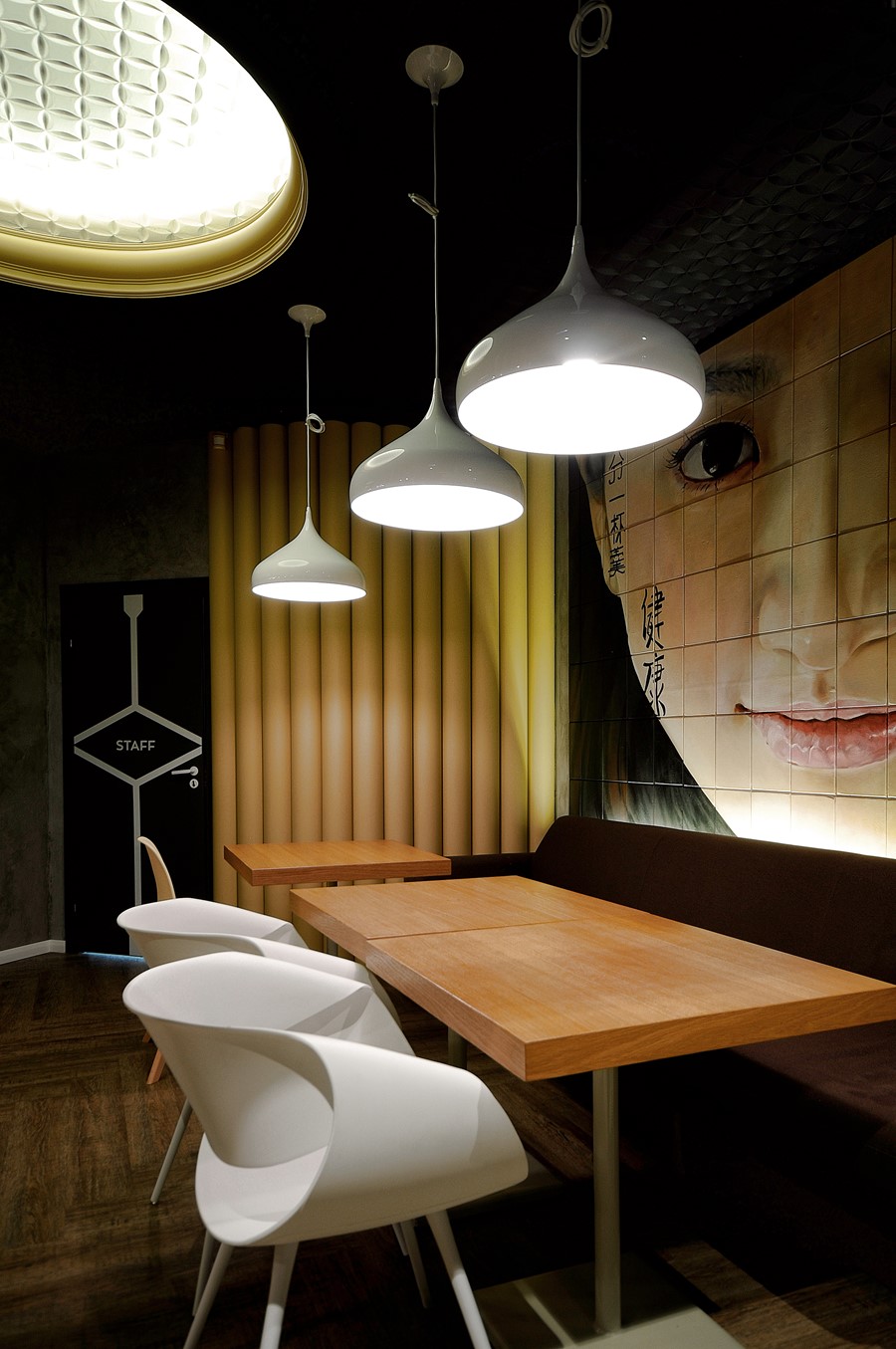 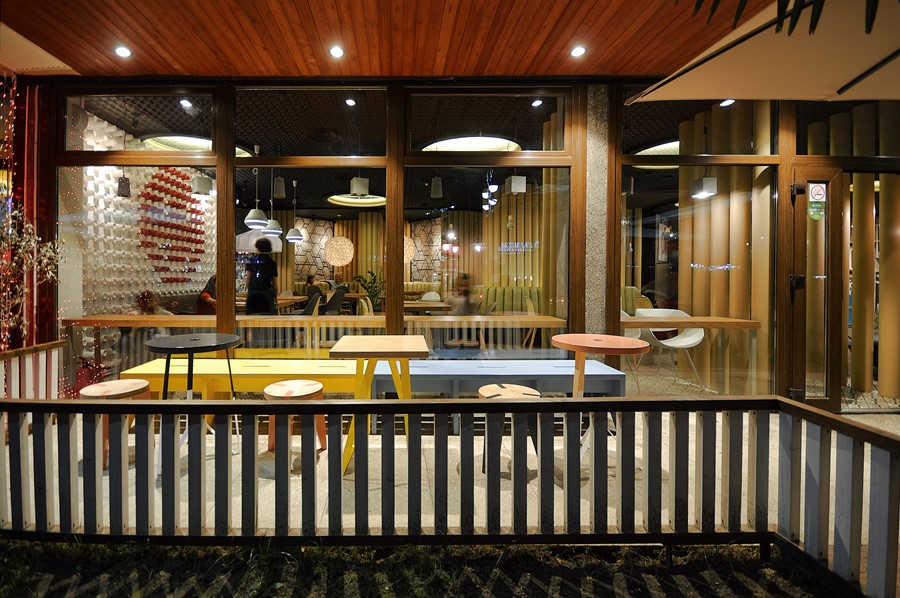 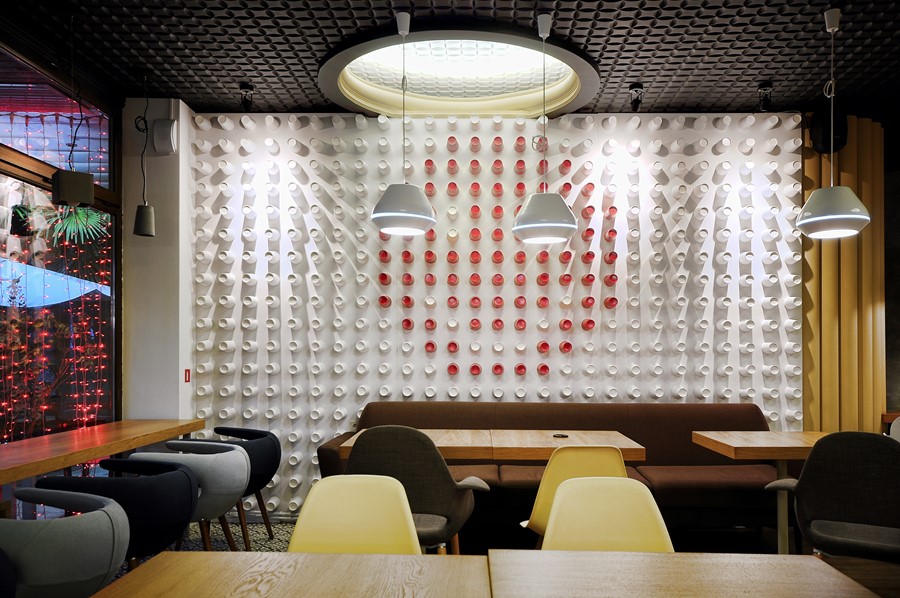 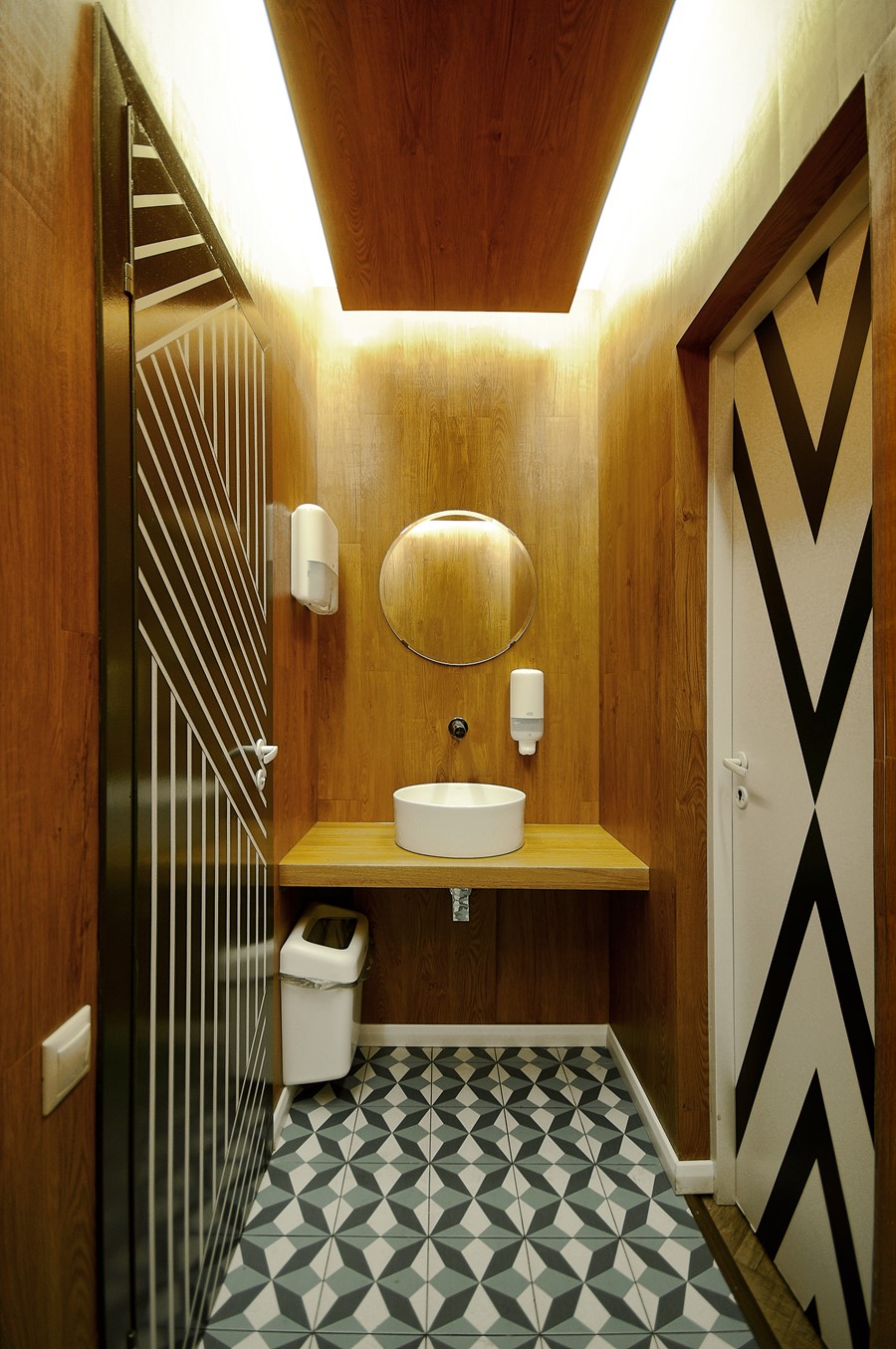 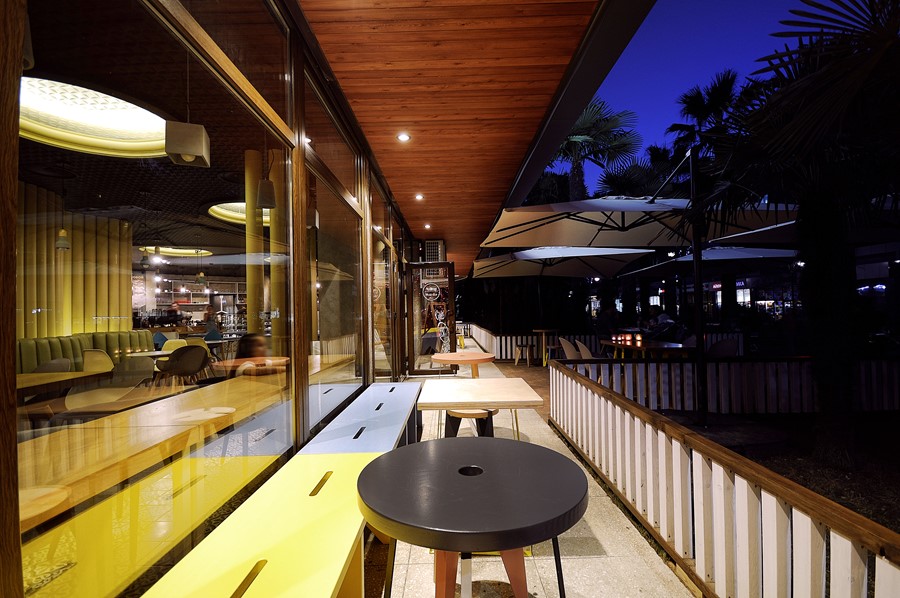 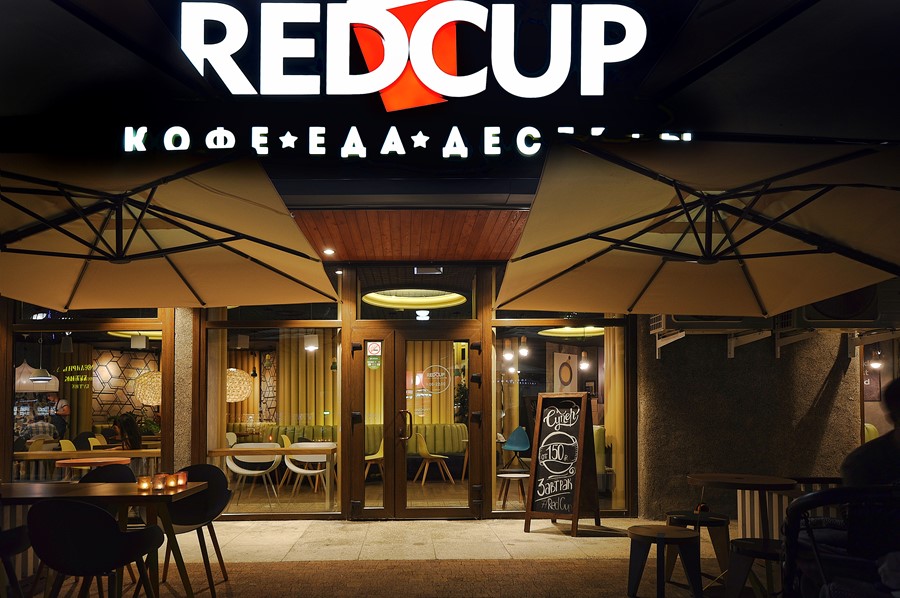 Bright interior of the new coffee REDCUP opened in Sochi (Southern Russia). On the interior worked Saranin Artemije of ALLARTSDESIGN studio (Russia, Perm).
Retro futuristic interior is stored immediately. The radial column with vertical rhythm beige pipes resemble bamboo trunks, colored furniture, the wall of the branded coffee cups and ever-changing red and white ornaments. On smiley from glasses with a smile looks Asian, her we drew in Perm – from the designer himself, we laid rectangular tiles and they had formed the image itself is supported -This message of eastern positions of menu coffee REDCUP.
The hall has stained-glass windows along the facade, through which gets a lot of natural light, and in the evening when the light is switched on, the atmosphere in the room becomes more warm and cozy.
Space coffee shop with a total area of 190 square meters consists of a variety of seating areas provided for the coffee break, or dinner in the company. The hall is fully mobile.
The original layout has not undergone changes. The radial column, non-parallel walls, all the broken geometry did not have initially. Columns and strange corners of walls – we beat beige pipes, hidden and soften the line. Around the central columns, we have placed a perimeter longsofu. Thereafter, the remaining areas have already formed. The ceiling was originally such. We changed the color, added cornices and ceiling lighting in circles.
Here you can relax, you can enjoy a taste of the rich flavor of real coffee and relax with a glass of beer crafting Urals.
Photography by Saranin Artemy