OB Architecture were invited to extend, remodel and entirely refurbish a turn of the century Victorian villa in Surrey for a young couple and their two girls. 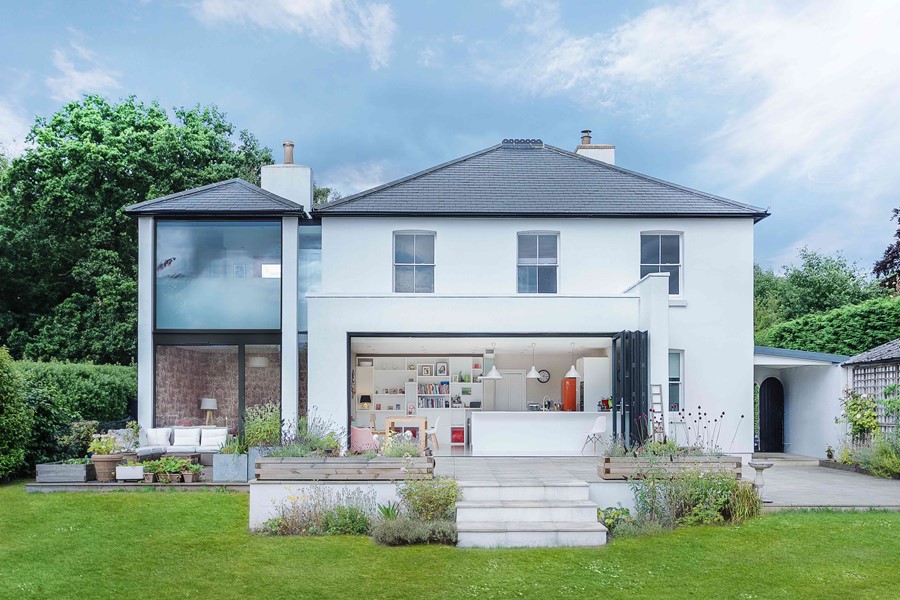 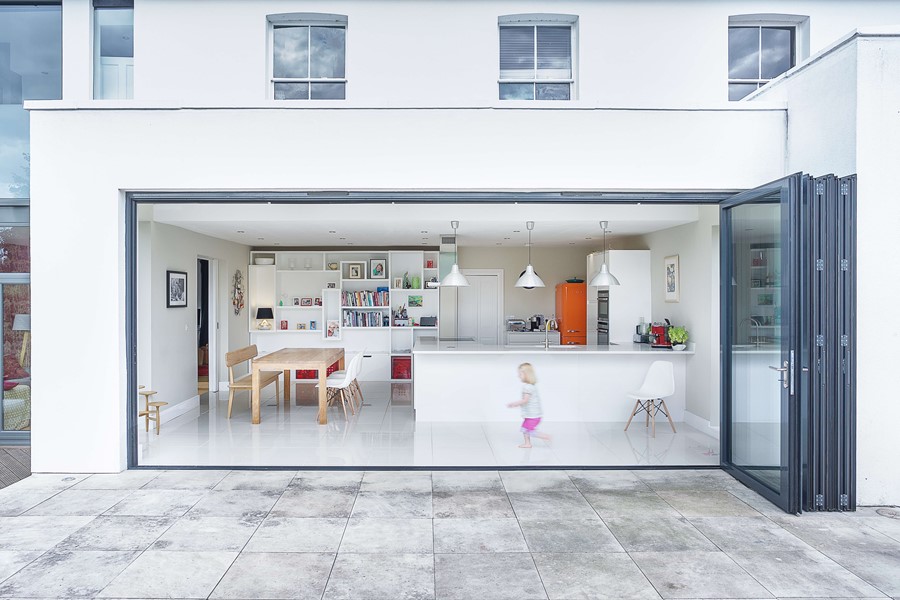 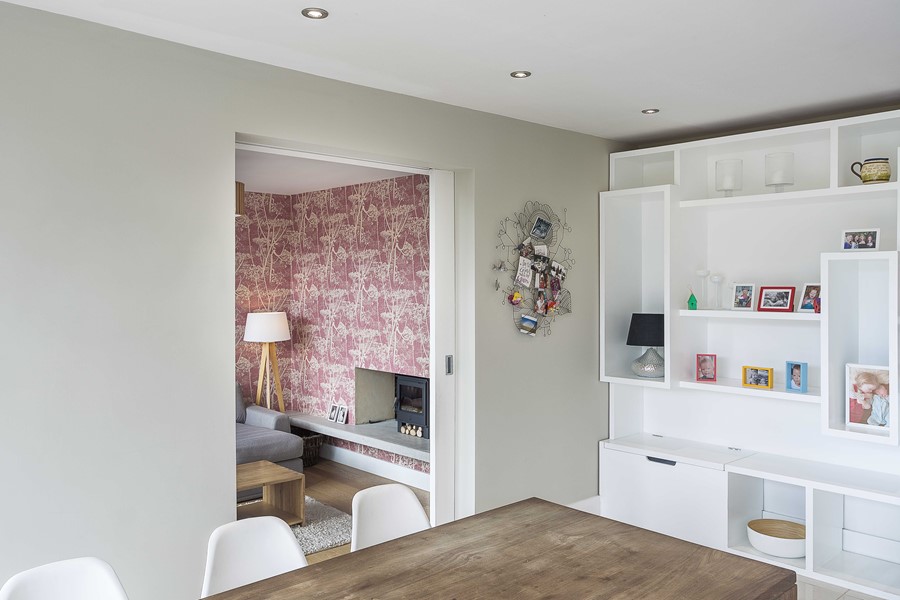 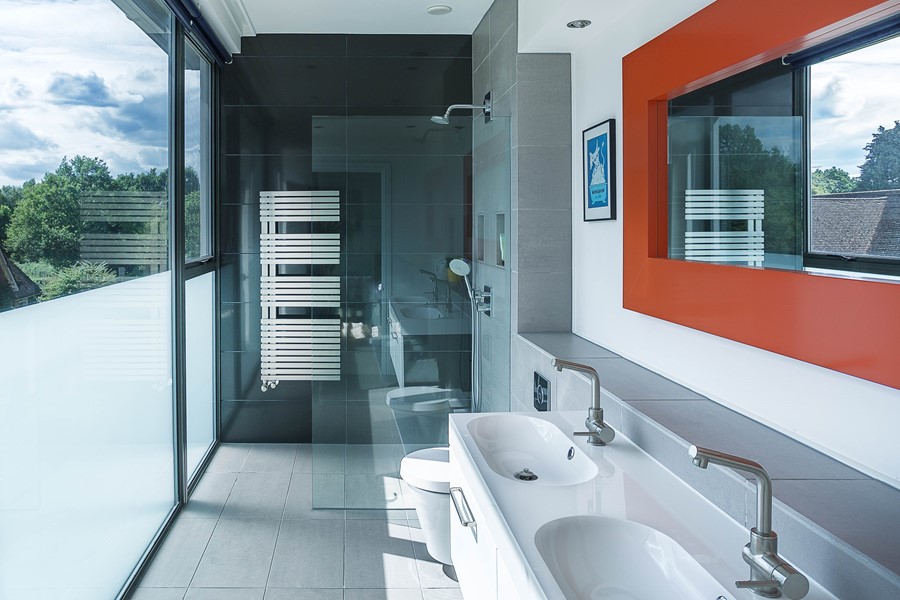 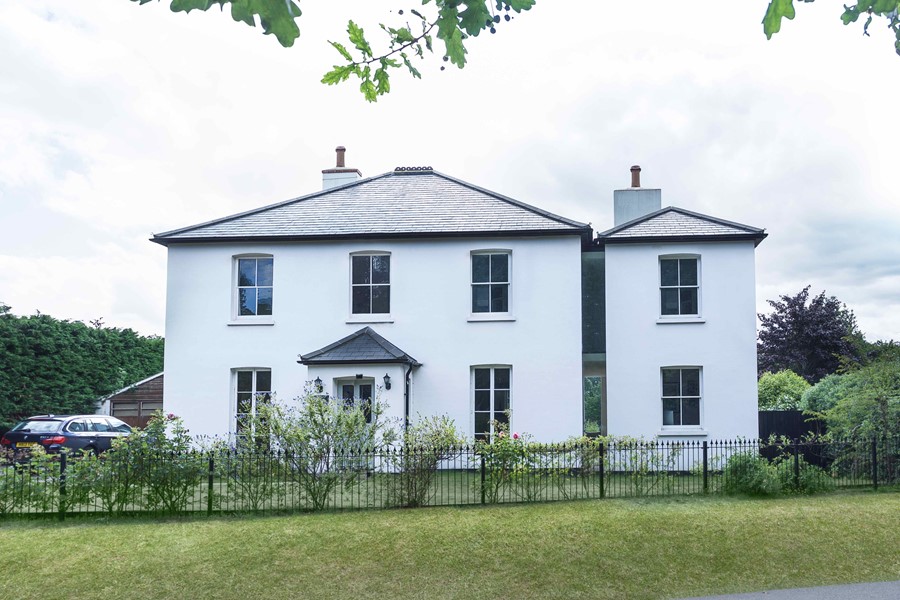 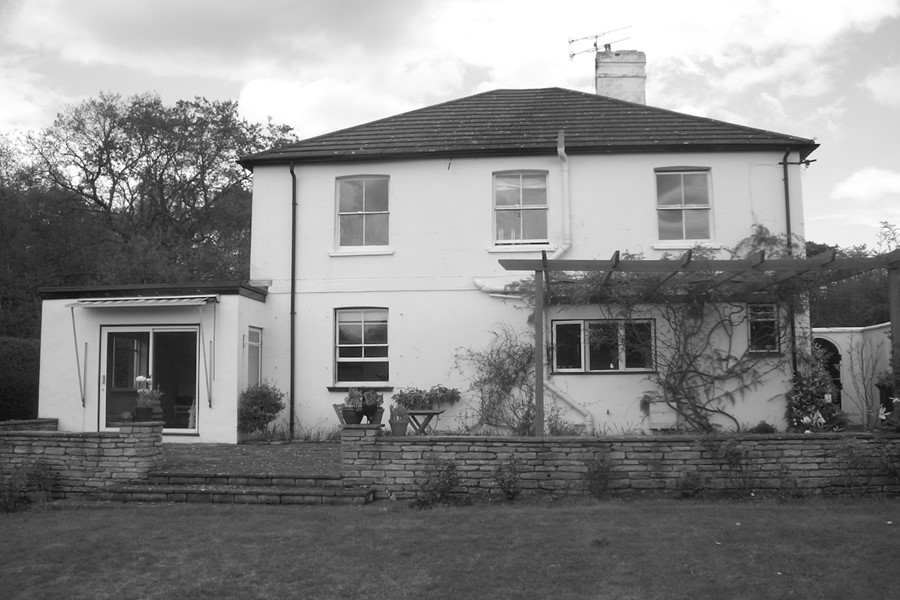 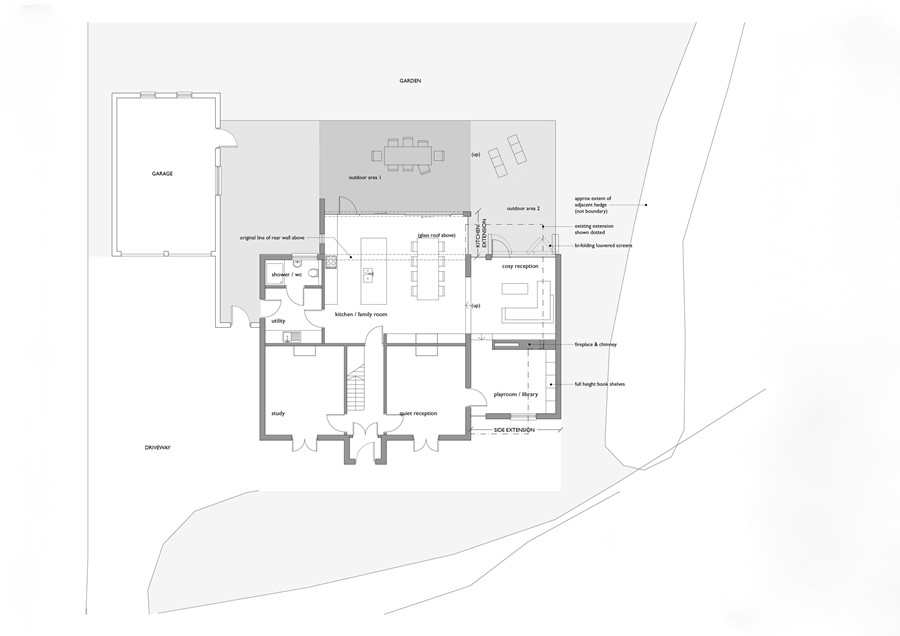 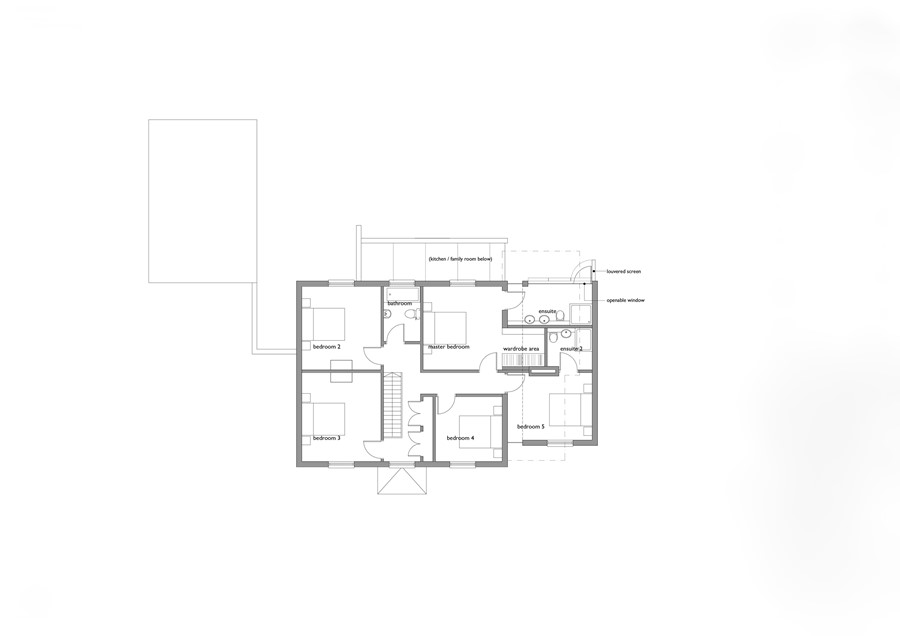 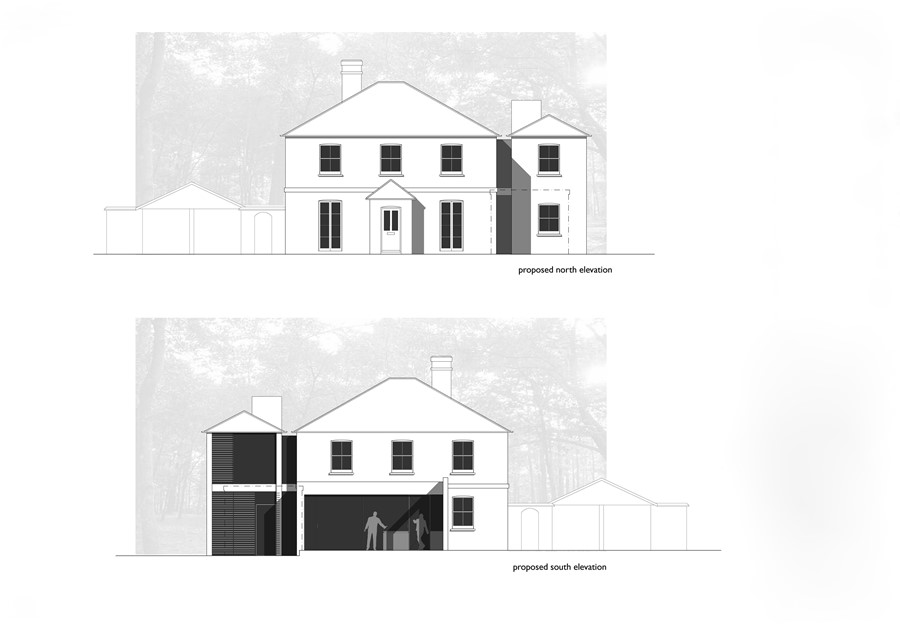 Sitting on a wonderful 2-acre plot in a Conservation Area, the house had suffered from a number of insensitive alterations and extensions that had eroded the character of the original house. The connection with the garden had been lost and the house had started to fall into a state of disrepair.
We explored how we could work with the existing house to reinstate its original character, yet extend it and reconfigure it in a way that would preserve the character whilst making it more practical for modern family living.
A 2 storey extension sits to the side of the house, separated from the original house by a frameless glazed link, this gesture allowing the original form of the house to be clearly perceived against the new extension.
To the front, the extension appears traditional with only the glazed link suggesting something more unexpected beyond its solid masonry walls. Overlooking the garden, the extension opens out with large areas of glazing, with a master ensuite at first floor and a cosy sitting room at ground floor, separated from the study by a wood burning stove. A large chimney ‘anchors’ the composition to the site and references the rhythmical array of chimneys and flues that line the street.
The cramped kitchen is replaced a with a large open plan kitchen/dining area that extends into the garden with a glazed roof and a wide panel of bi-folding doors. The doors open out to a new raised terrace overlooking the garden.
The roof is retiled in slate and the crumbling rendered facade is over-clad in an insulated render system providing a crisp new warm ‘jacket’ to the house.
Photography by Martin Gardner