Habitat 67 designed by Studio Practice is an iconic architectural landmark not only in North America but also across the world, marked a beginning. The beginning of an organic, dynamic and democratic residential space, where every citizen has its own unique light and space. 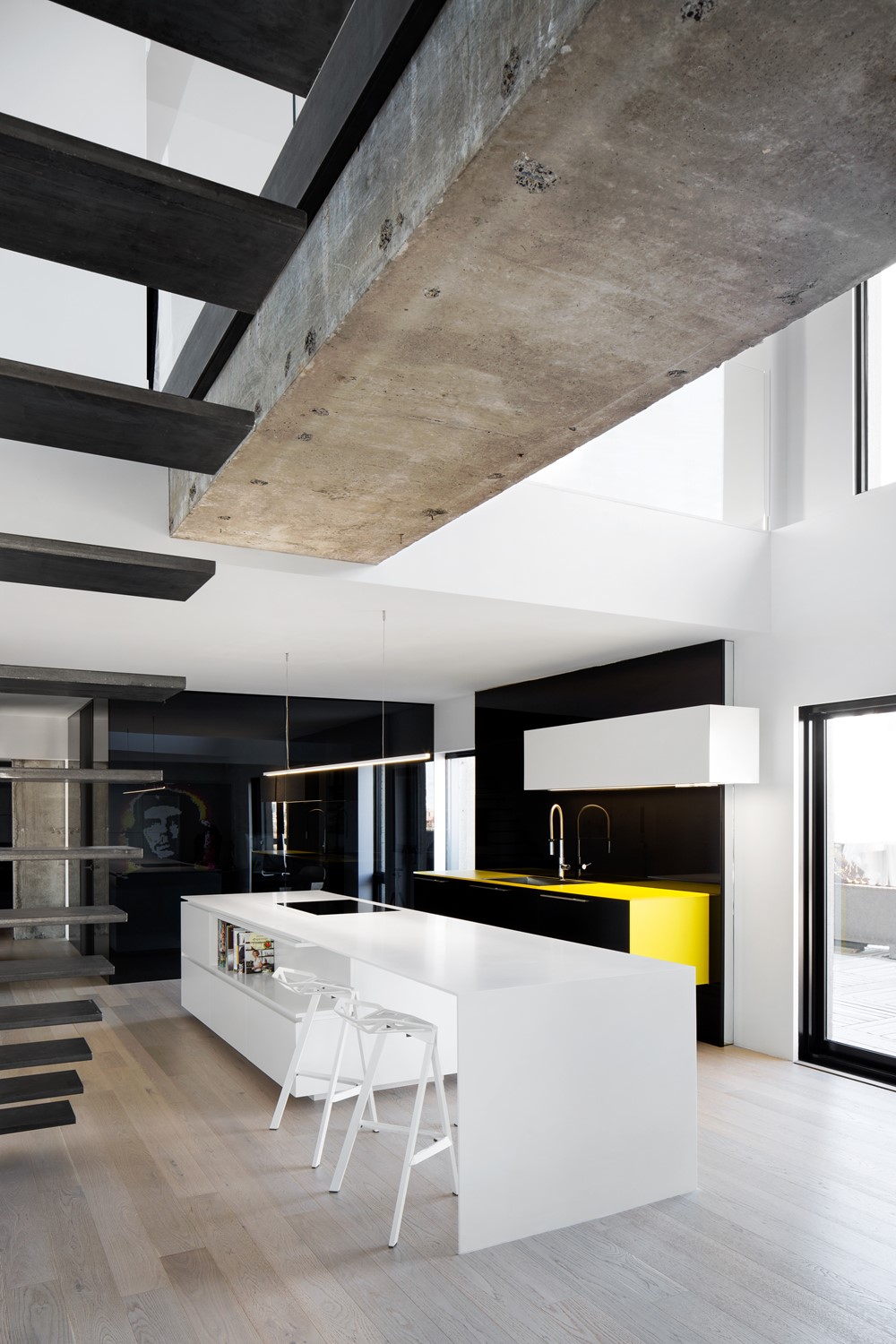 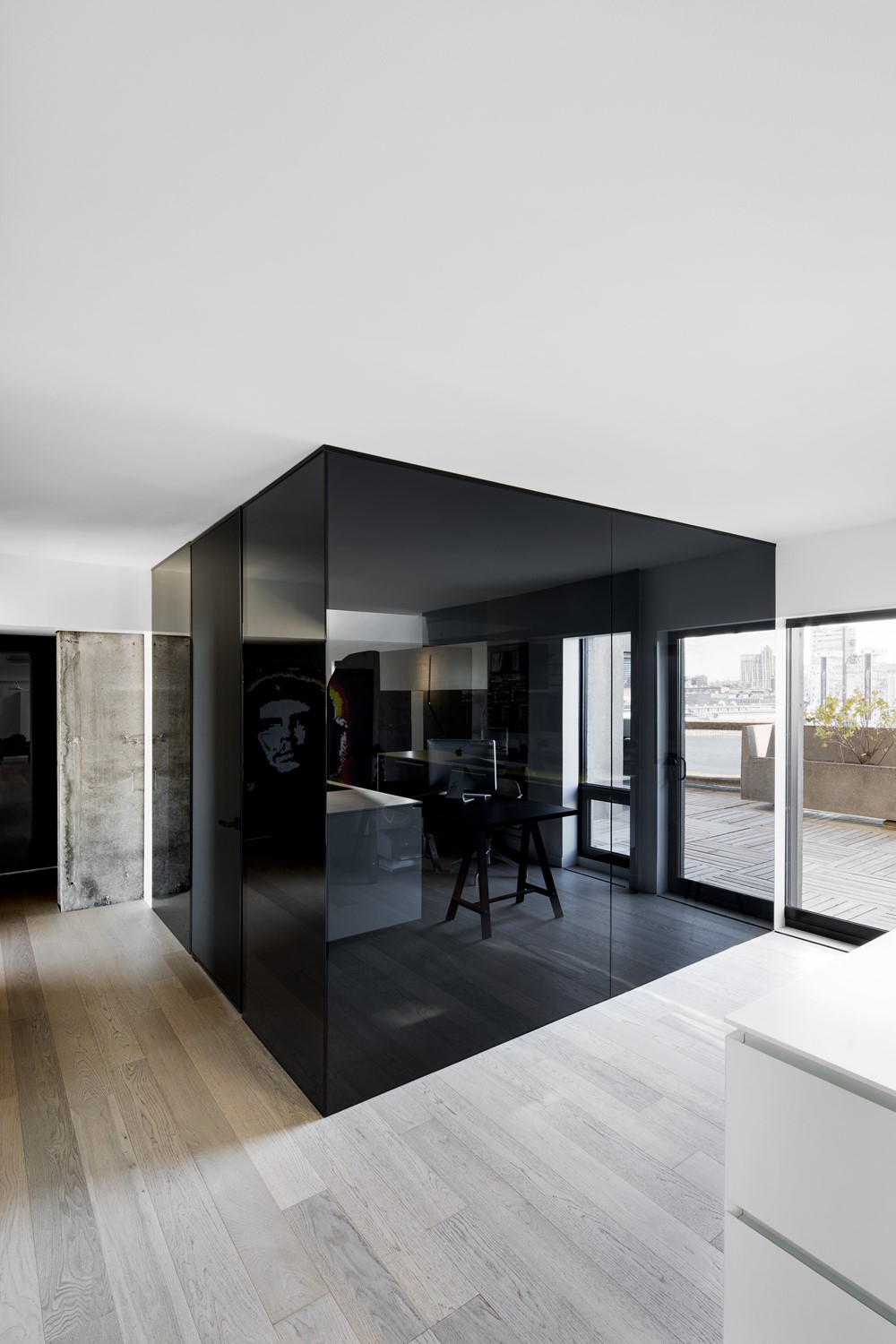 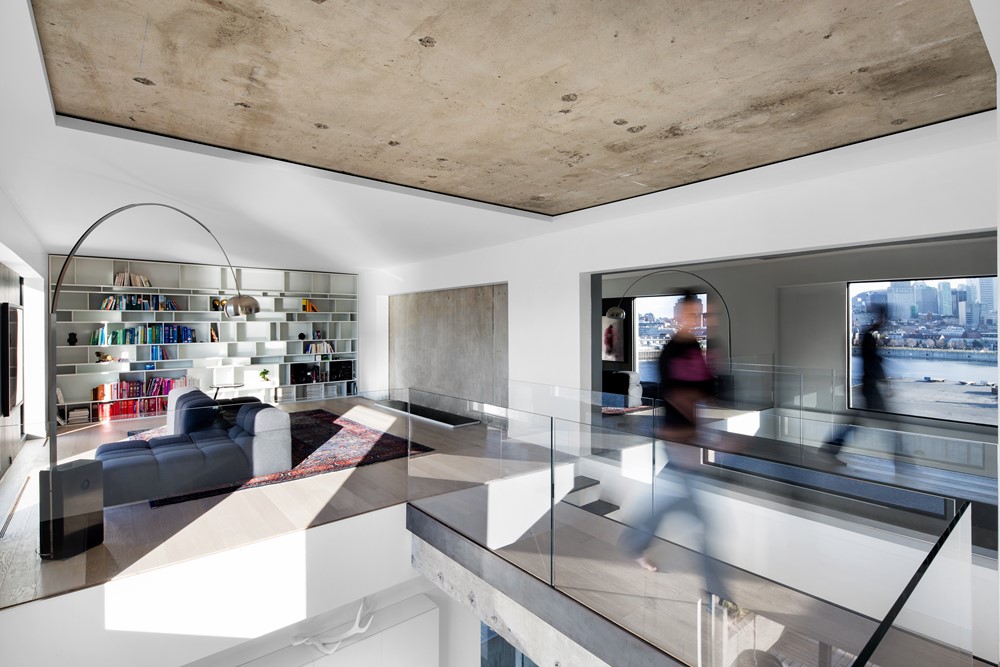 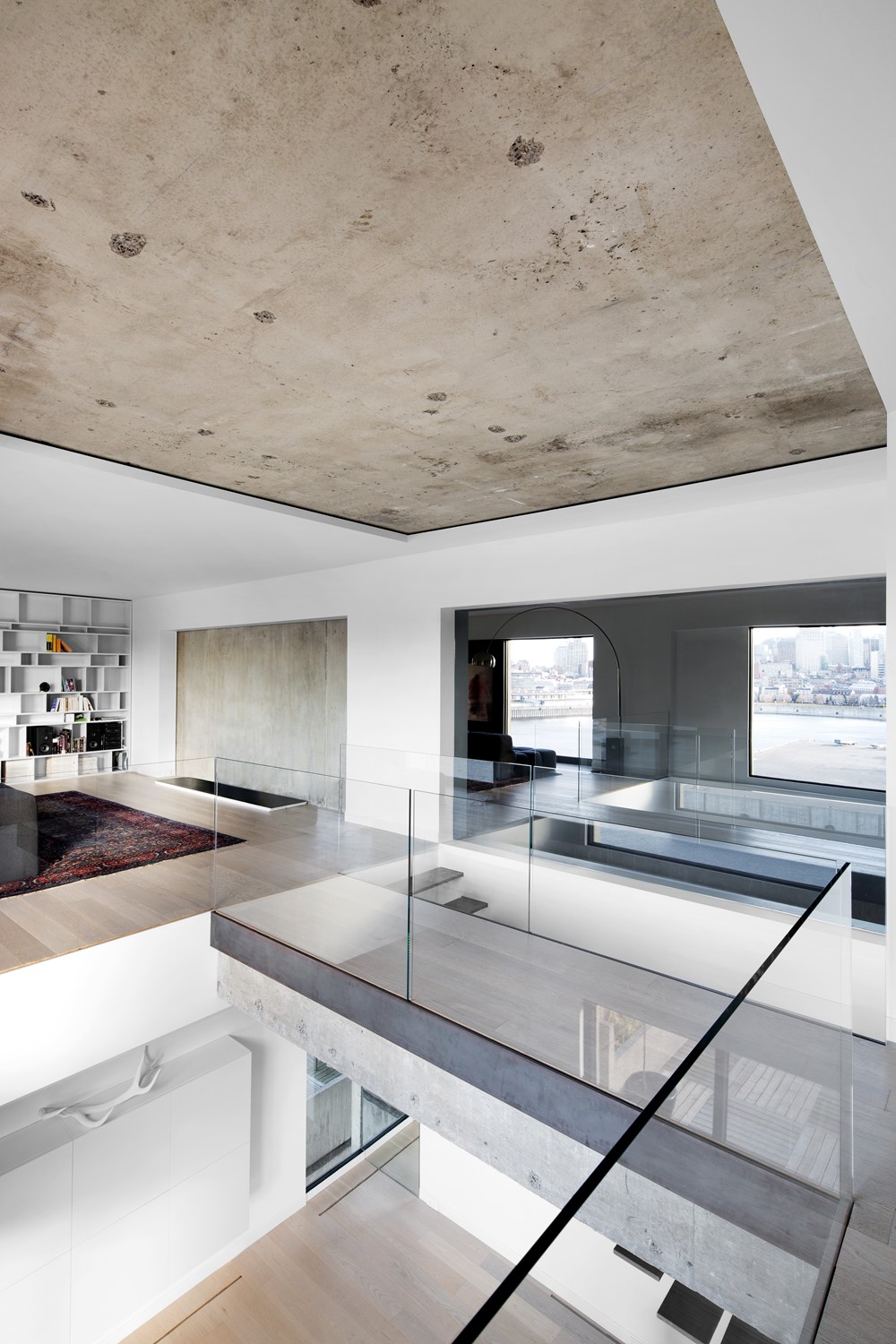 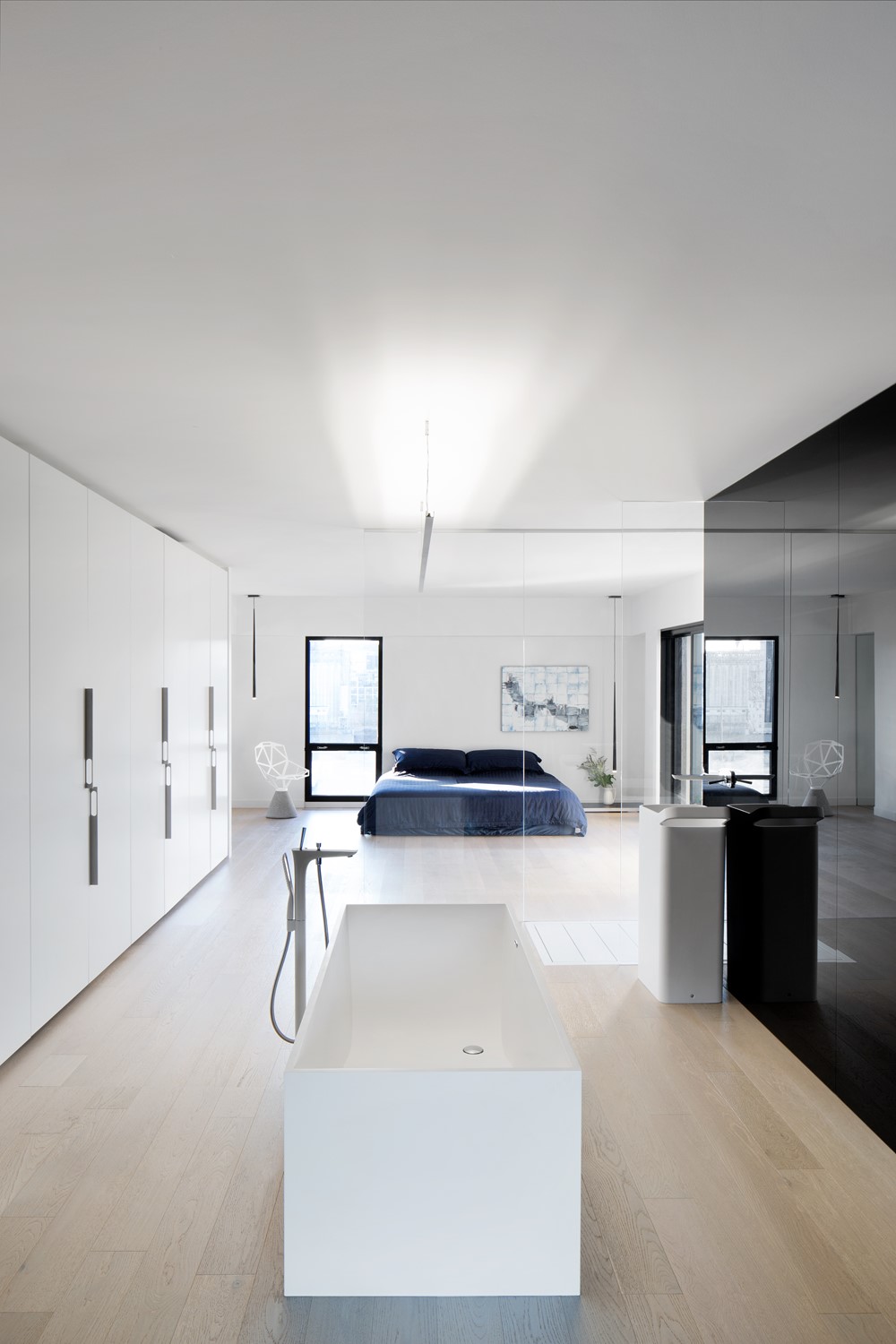 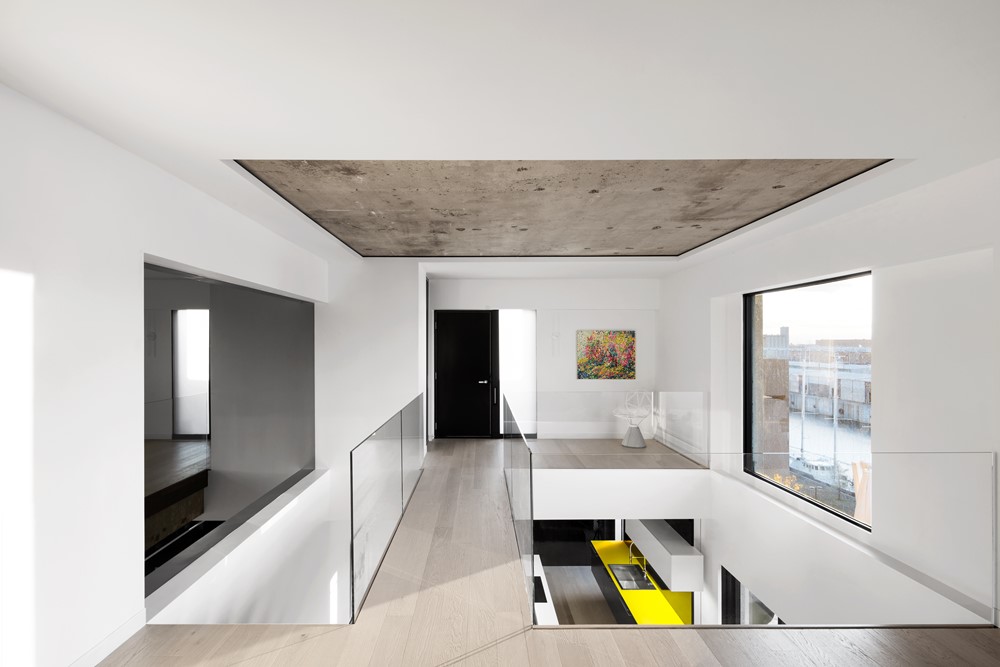 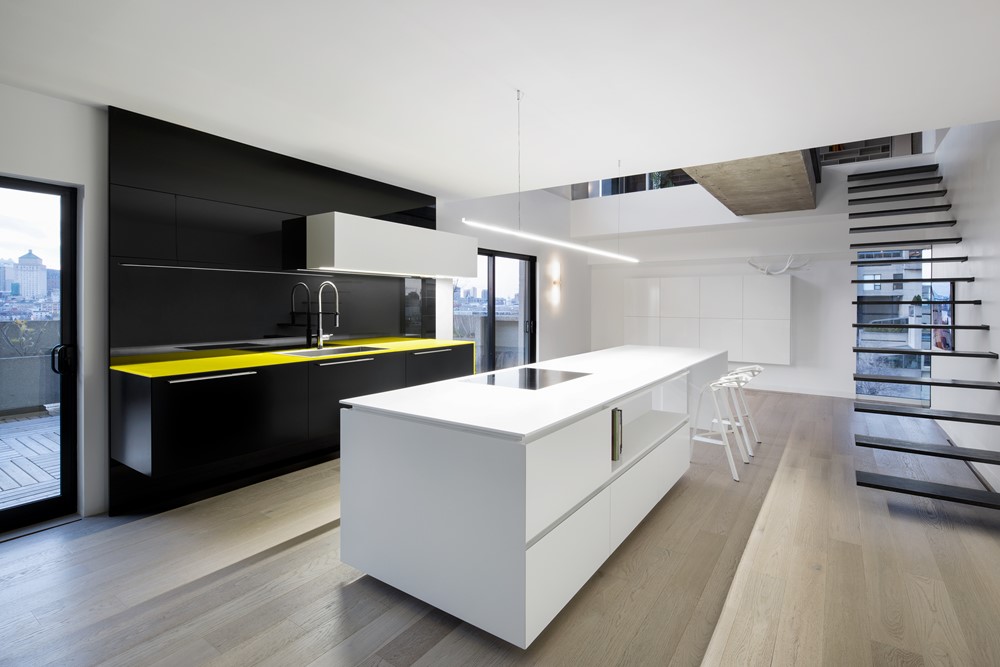 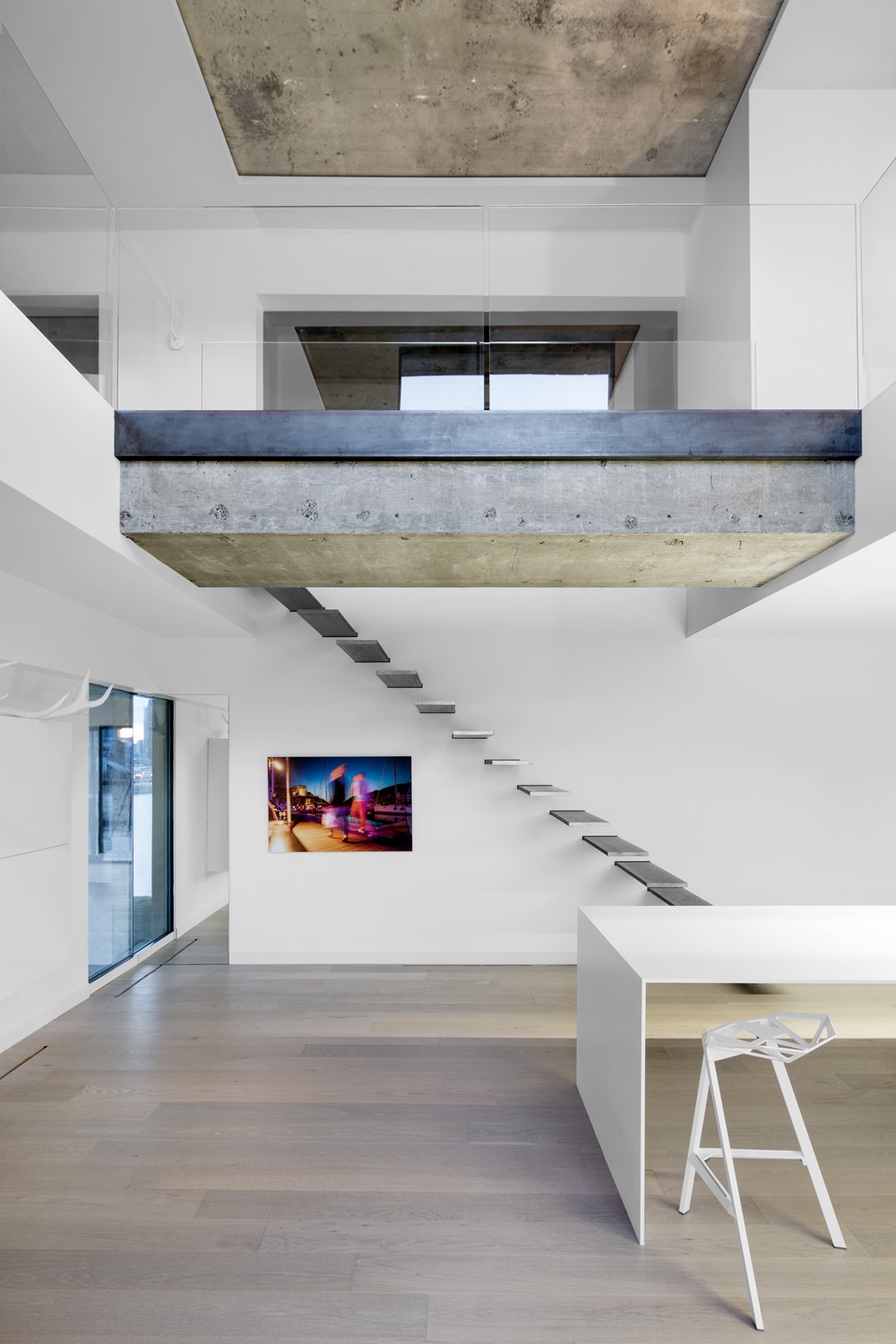 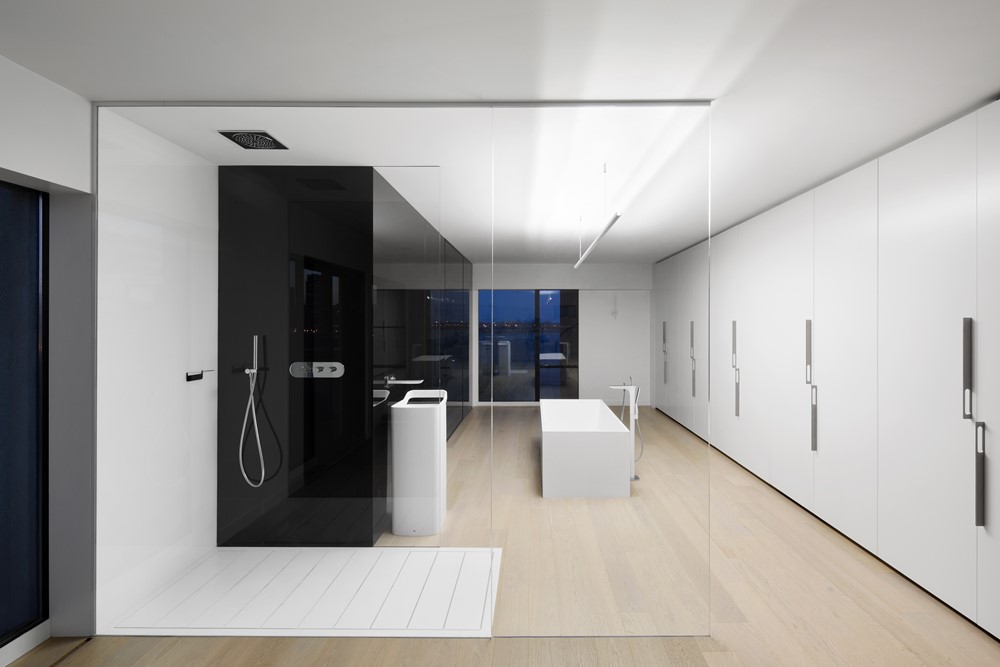 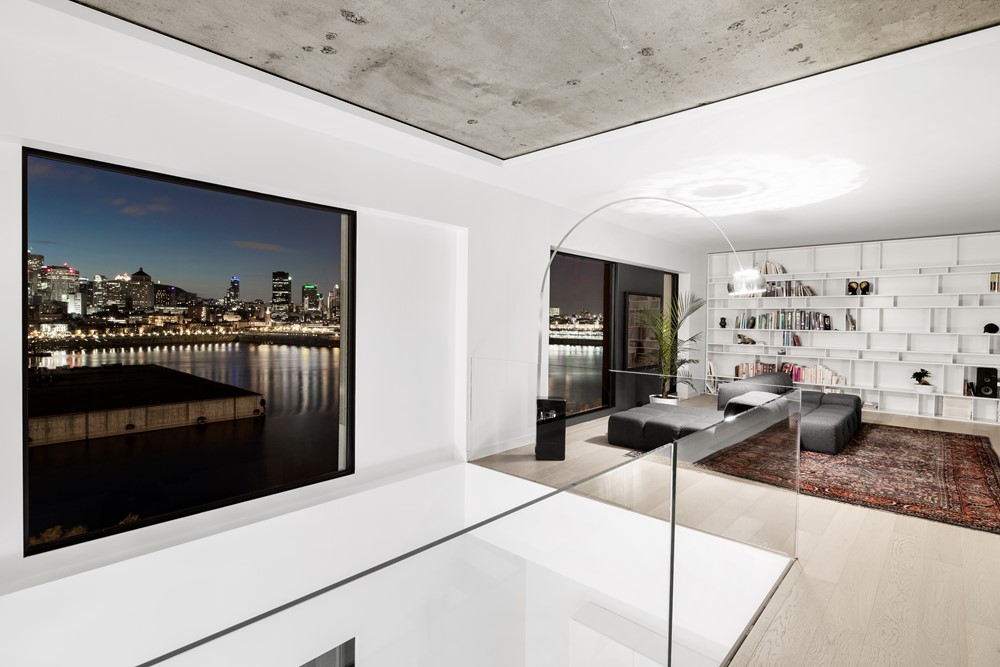 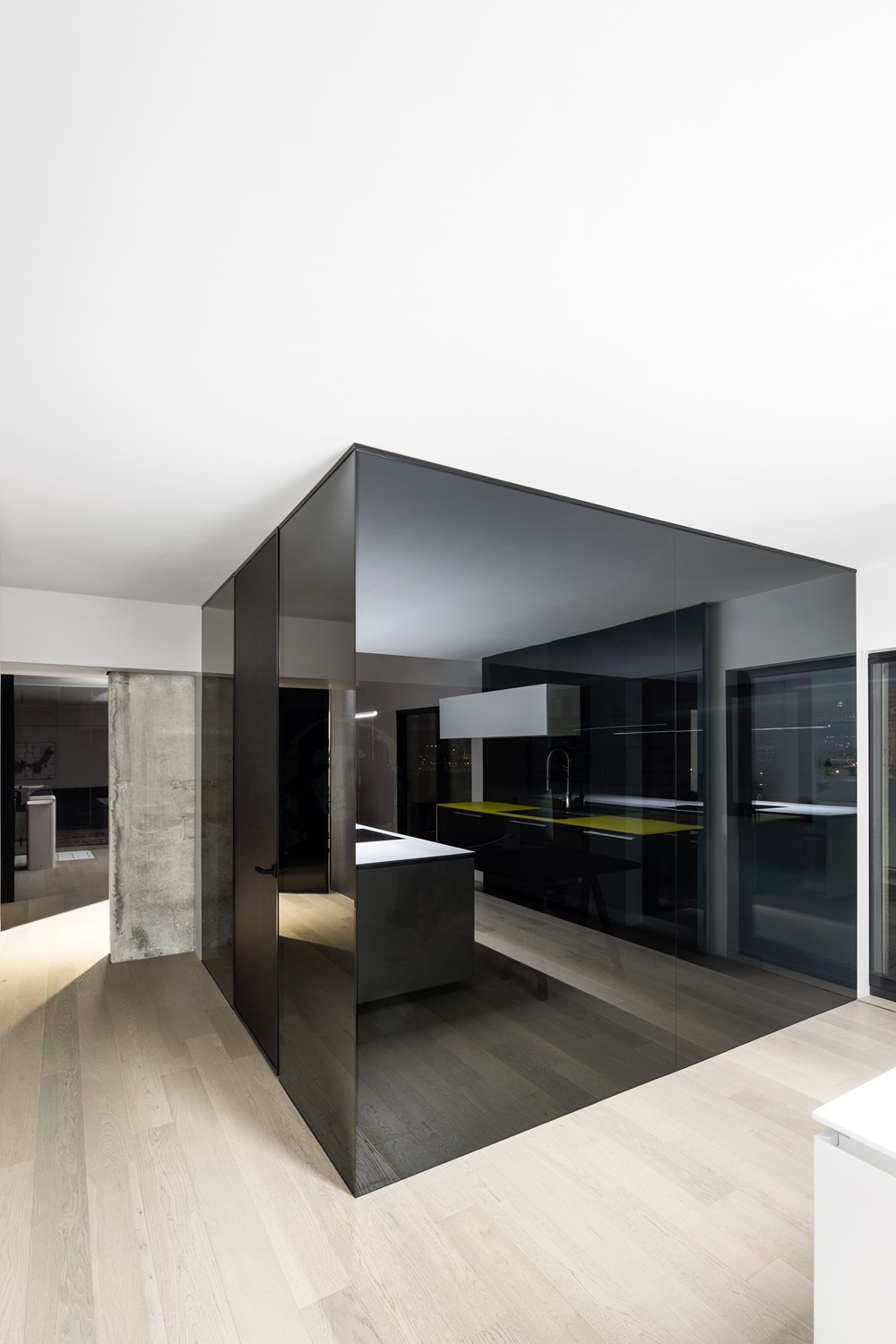 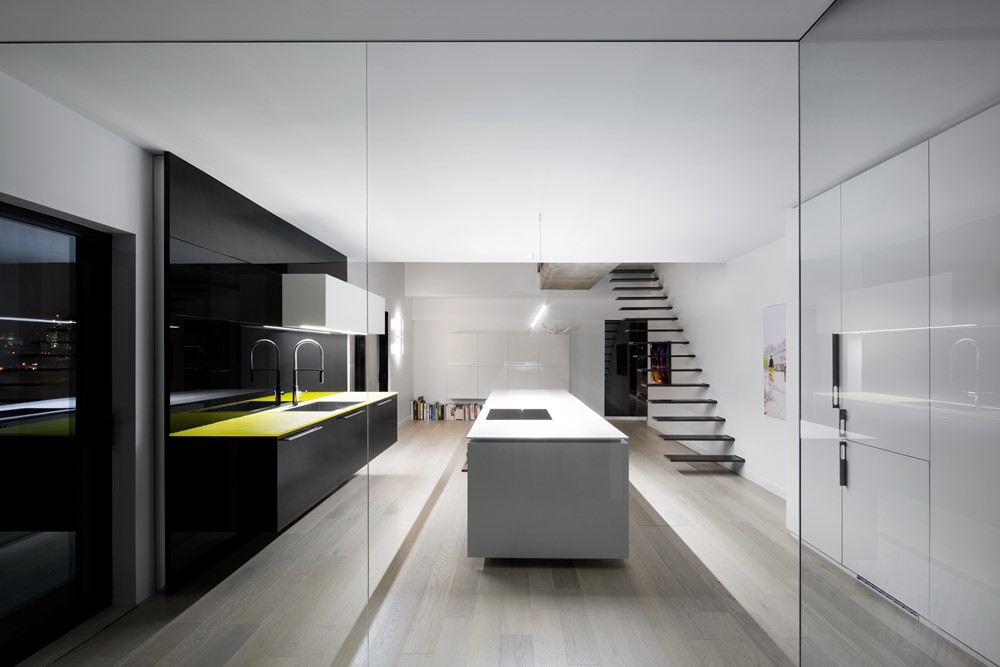 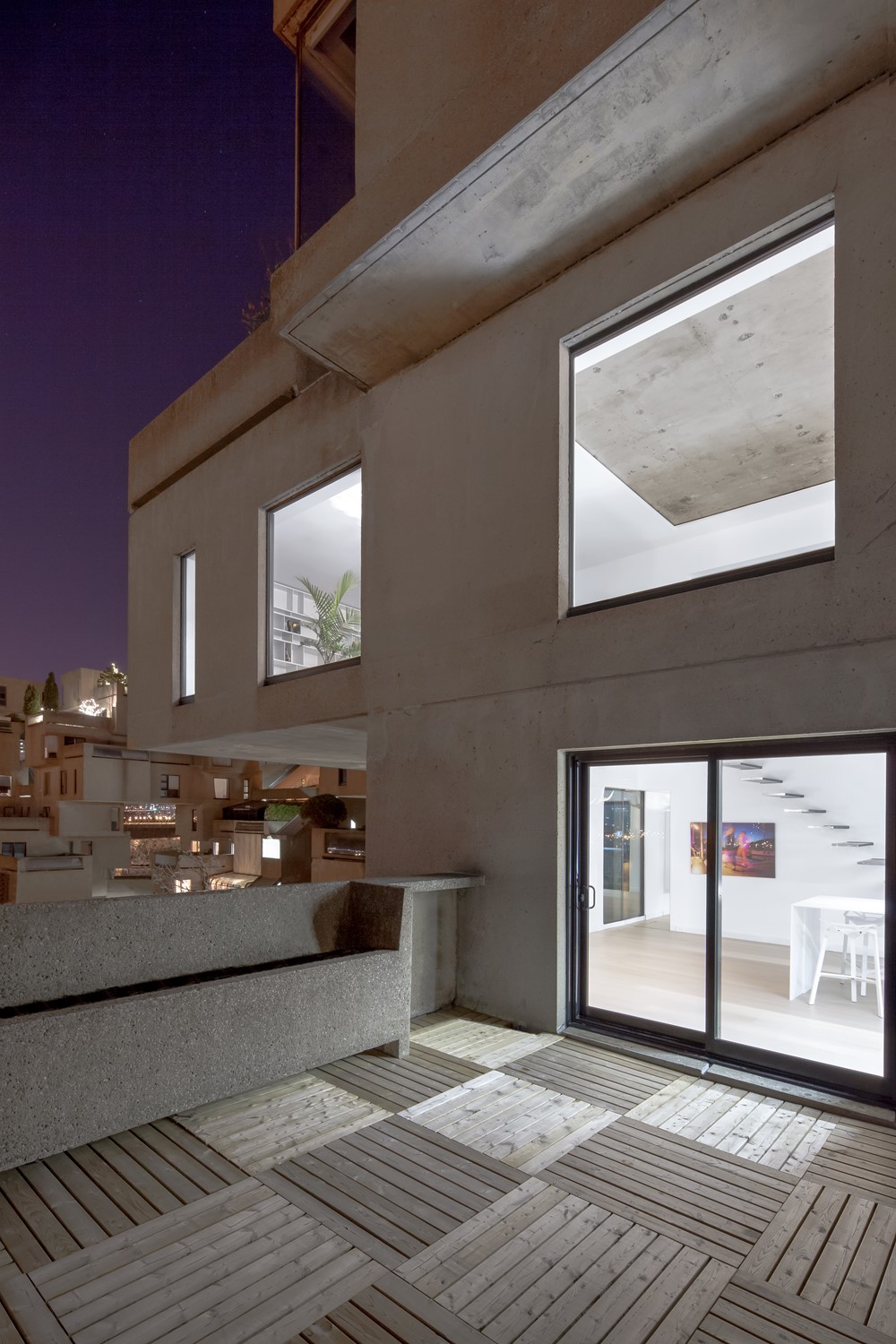 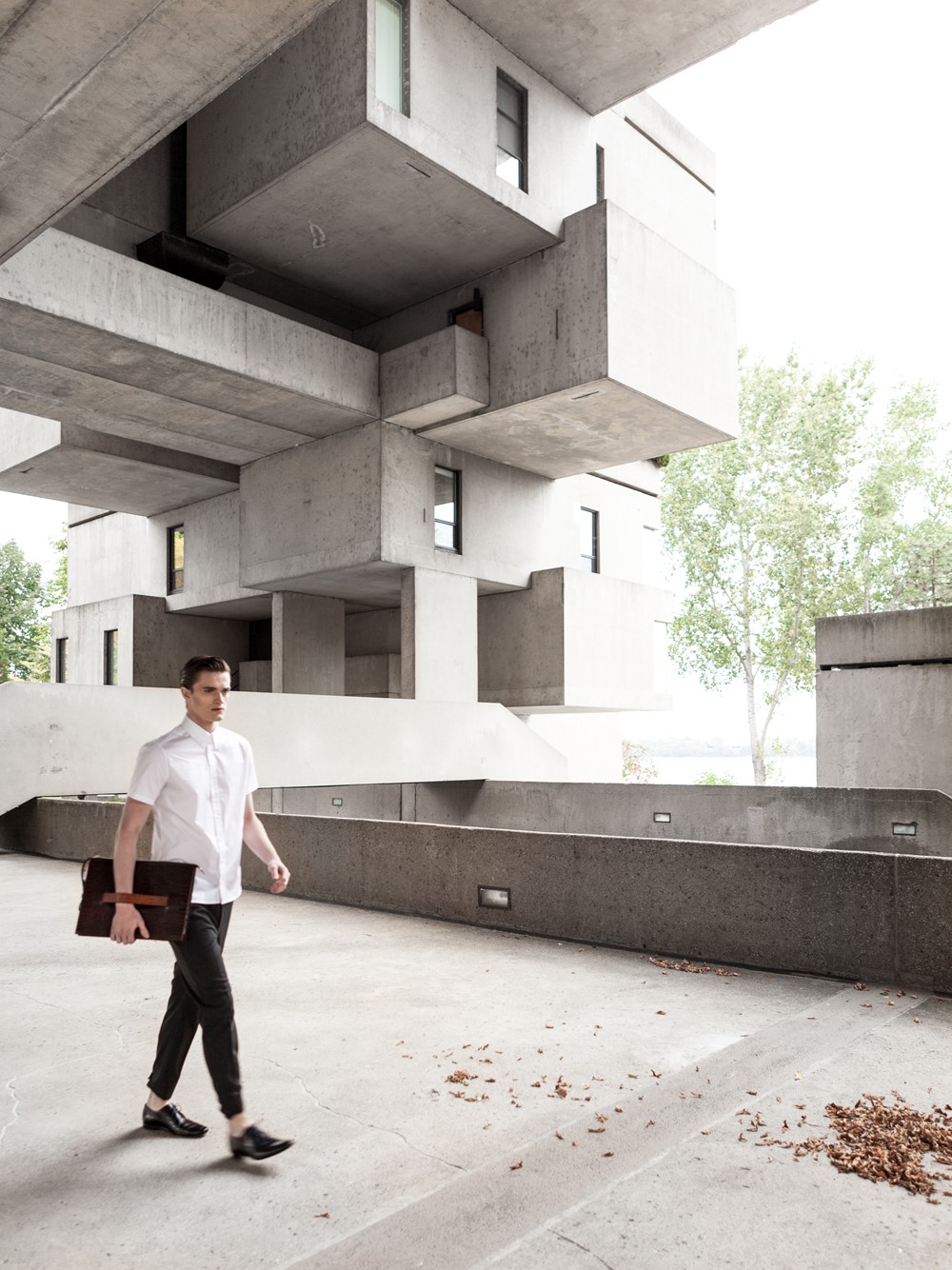 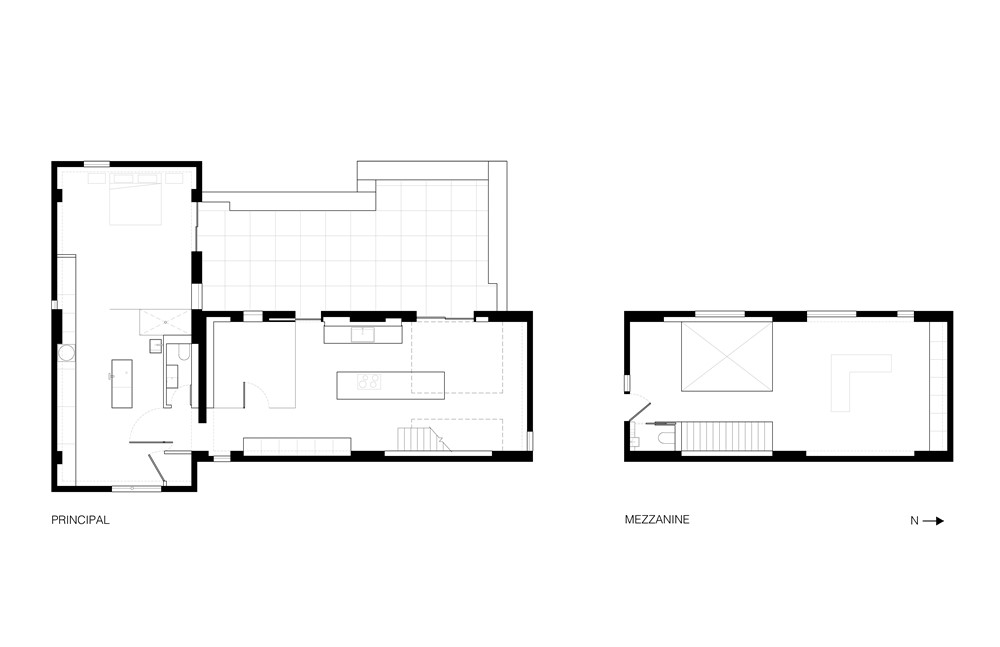 This beautifully designed and executed masterpiece catapulted the carriers of Moche Sadie and his team, and inspires architecture ever since. This influence can be found in Ricardo Boffil’s kafka castle (1968), Kisho Kurokawa’s Nkagin Capsule Tower (1972) and even recently in BIG’s mountain Dwelling (2008).

Our project consisted of refurbishing a Habitat 67 unit that was remodeled many times in the past, adding layers of opacity to the original design. As a result, our primary challenge was to renew with its past design philosophy.

Functional but minimal design of open space was hence chosen as a medium to obtain this concept. This was obtained by removing all interior walls to optimize light management and by adding transparency and reflection of glass to the exposed original cement walls.

A modern touch of moving cubes were introduced in the interior design of the apartment, recalling the fact that these hanging boxes attain equilibrium, in the background of moving water. A conversation between inside and out was consequently restored, in this modern times version of hanging gardens.

Integrating the qualities of a suburban home into an urban high-rise, through a medium of prefabricated forms was a revolutionary concept that rethought the apartment-building design in 1967; and we revived this concept, in a weightless and panoramic environment of hanging concrete, in 2015.