Droids On Roids is a project designed by mode:lina in 2017, covers an area of 650 m2 and is located in Wrocław, Poland. 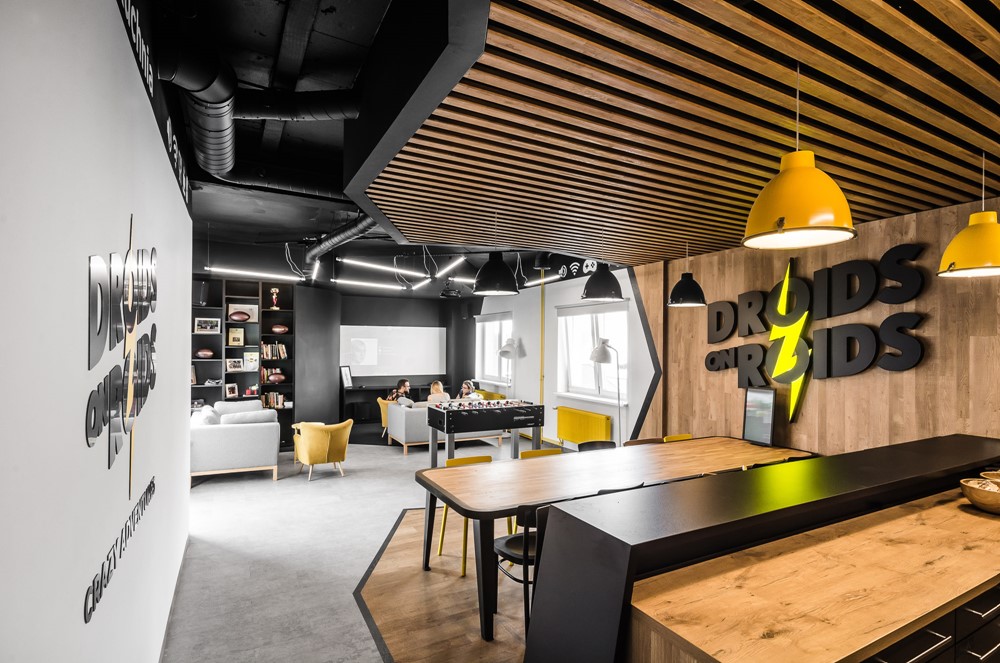 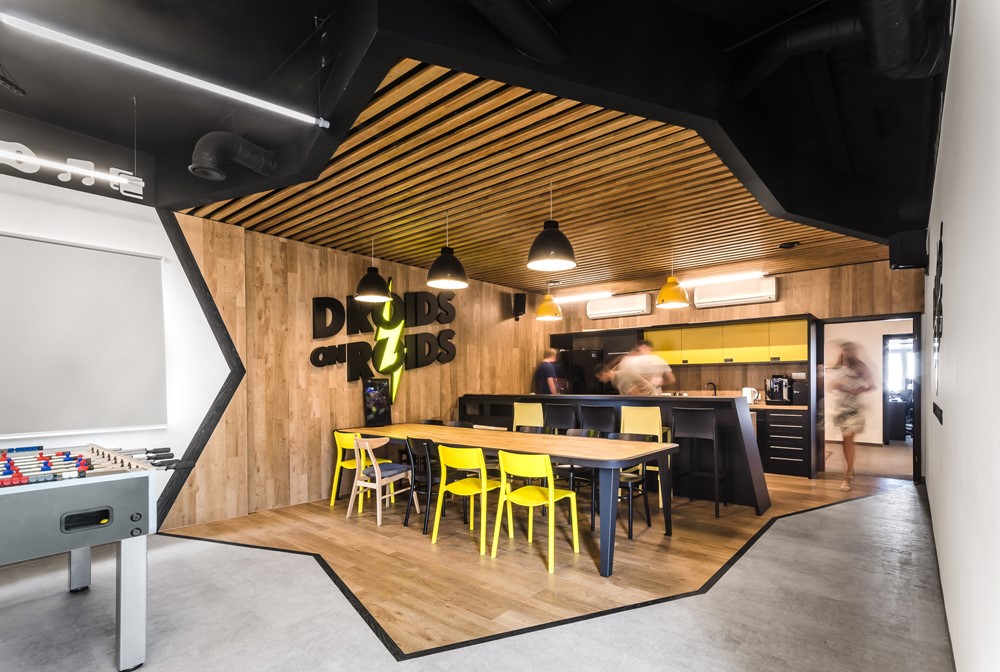 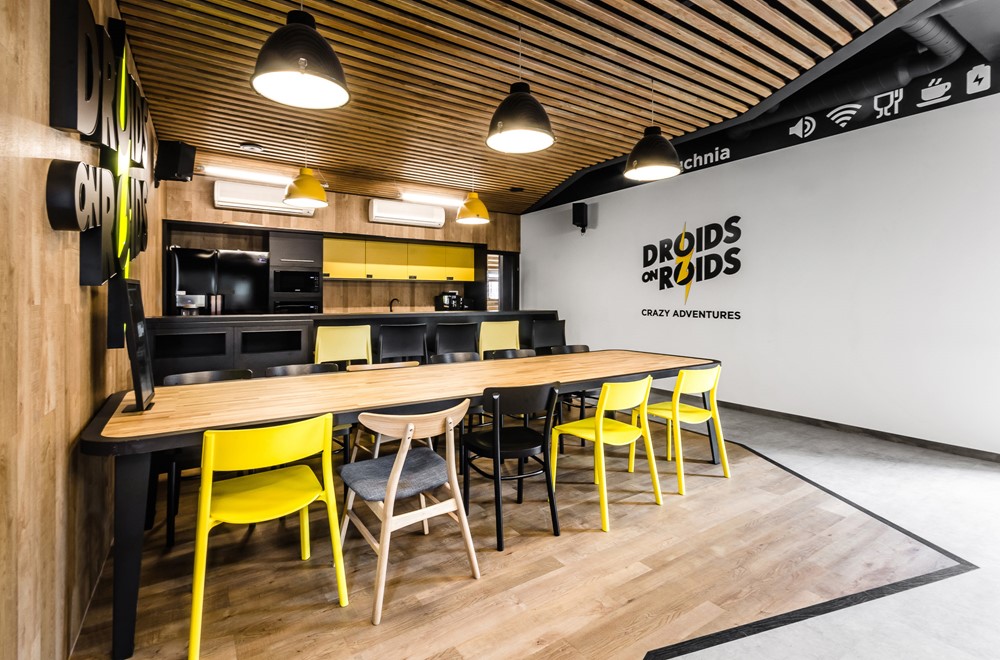 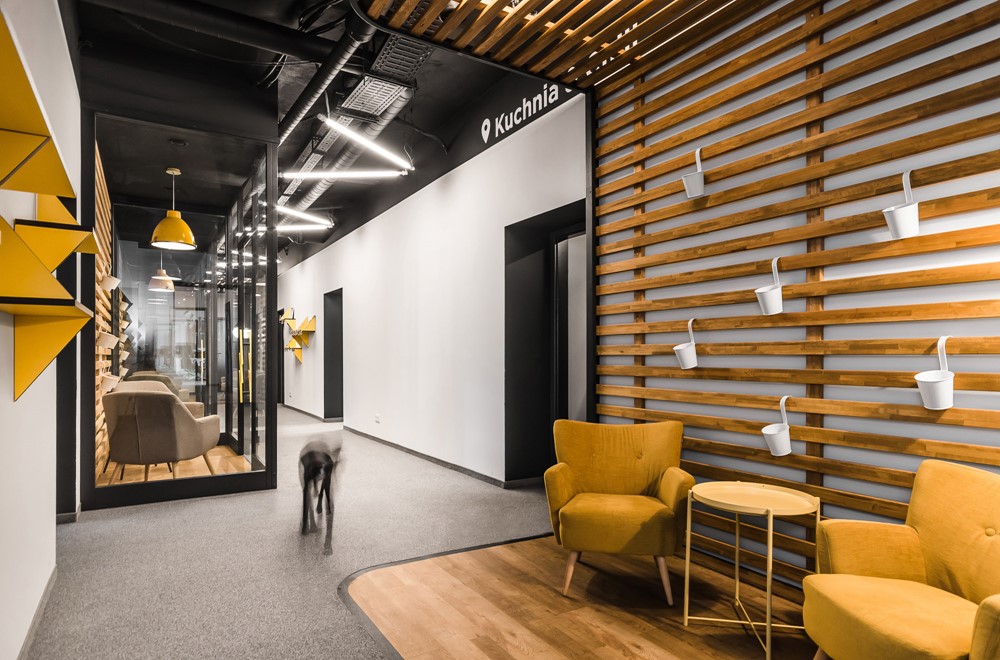 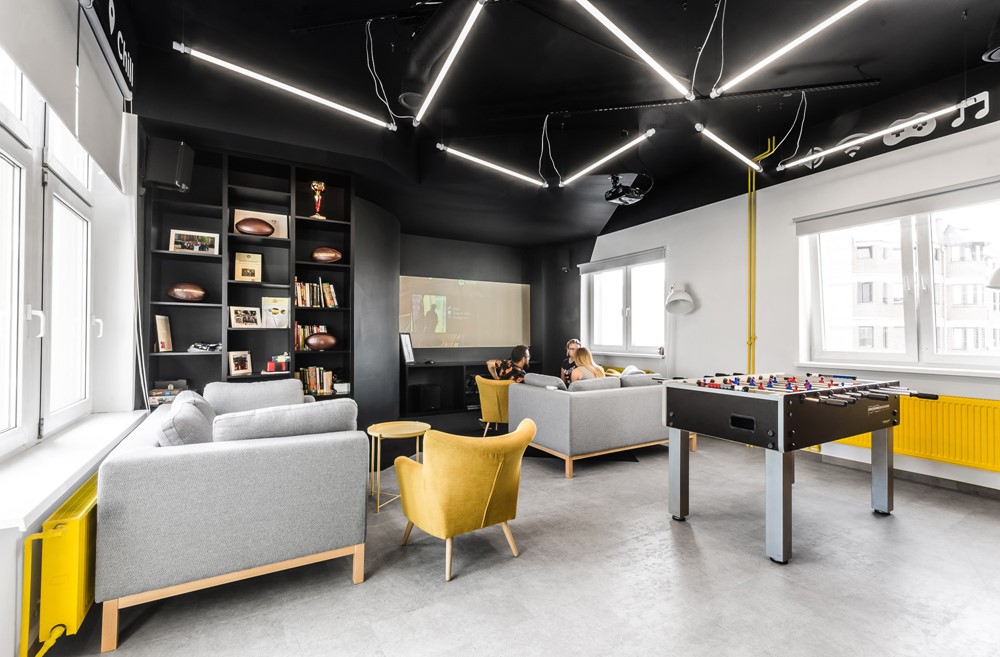 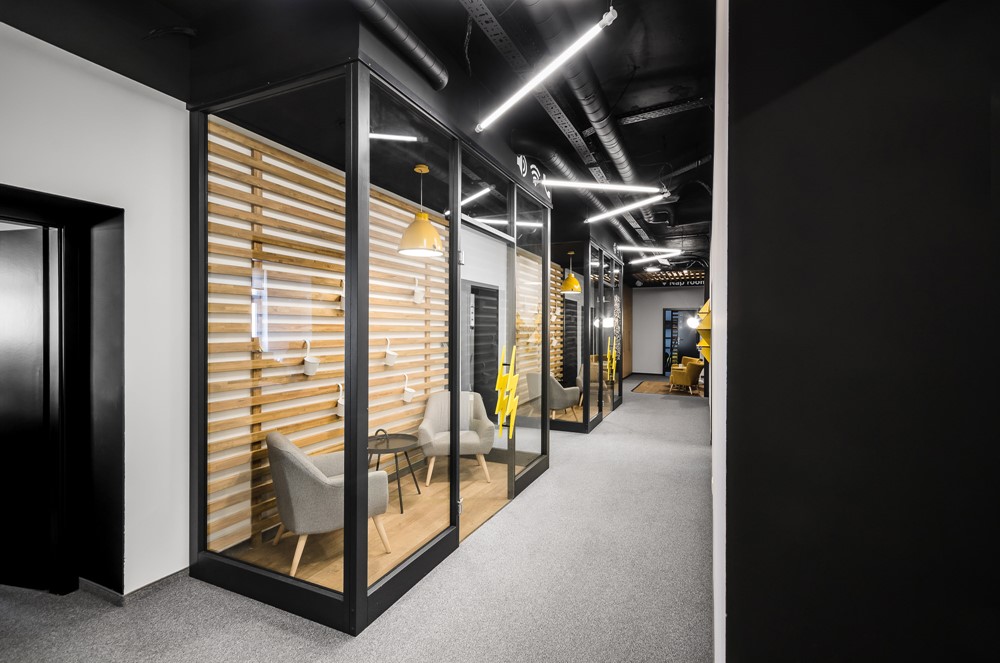 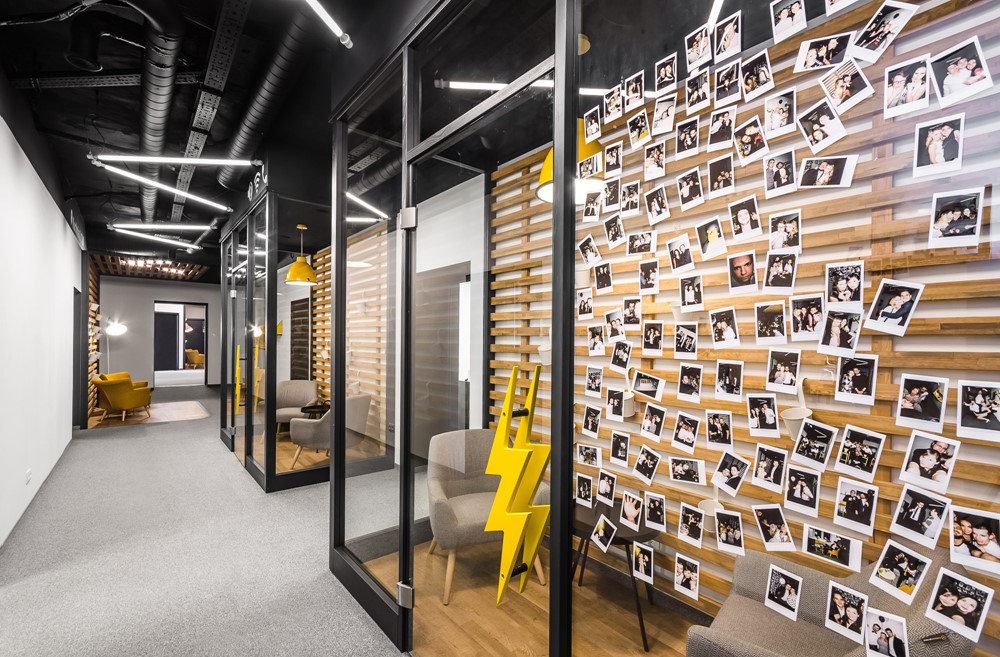 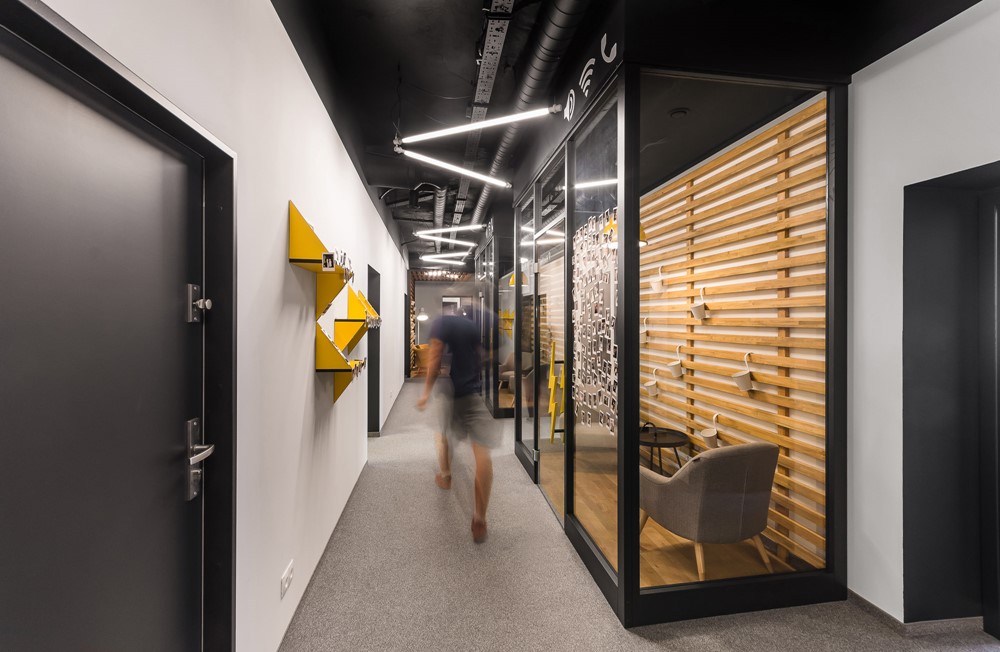 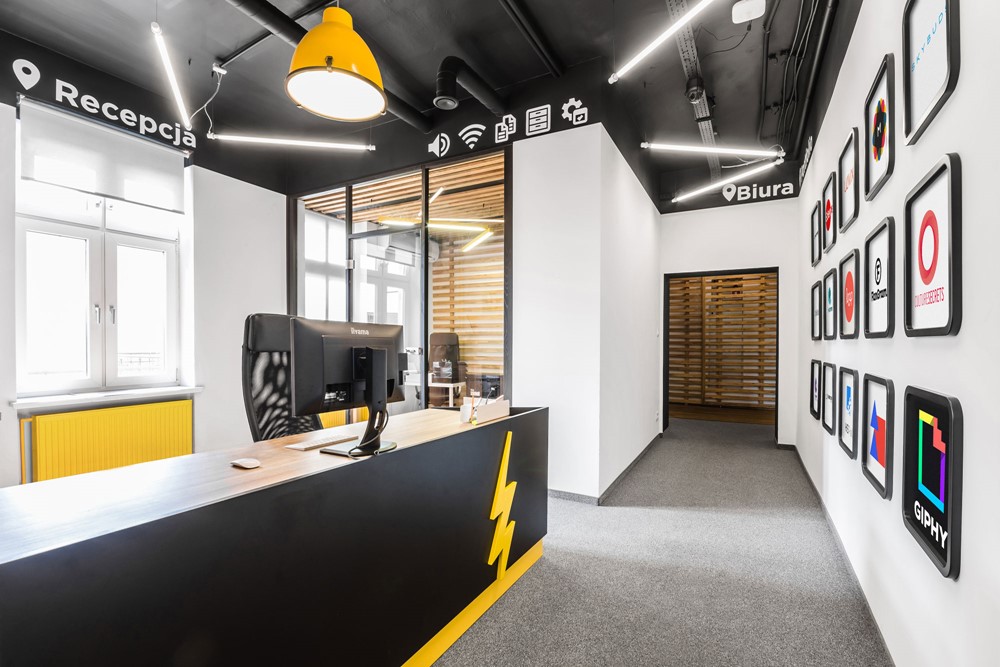 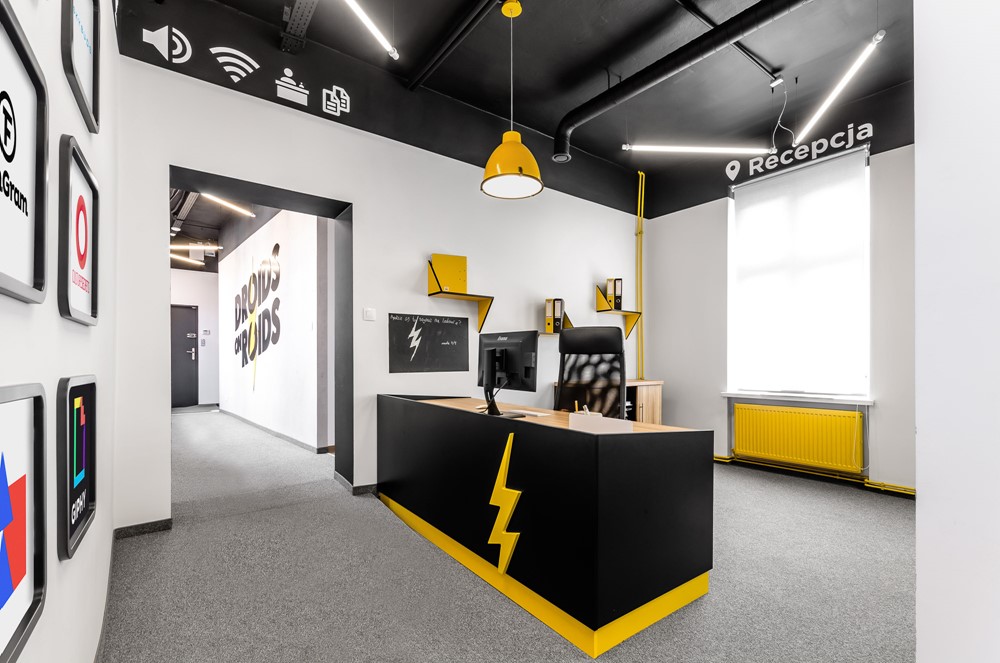 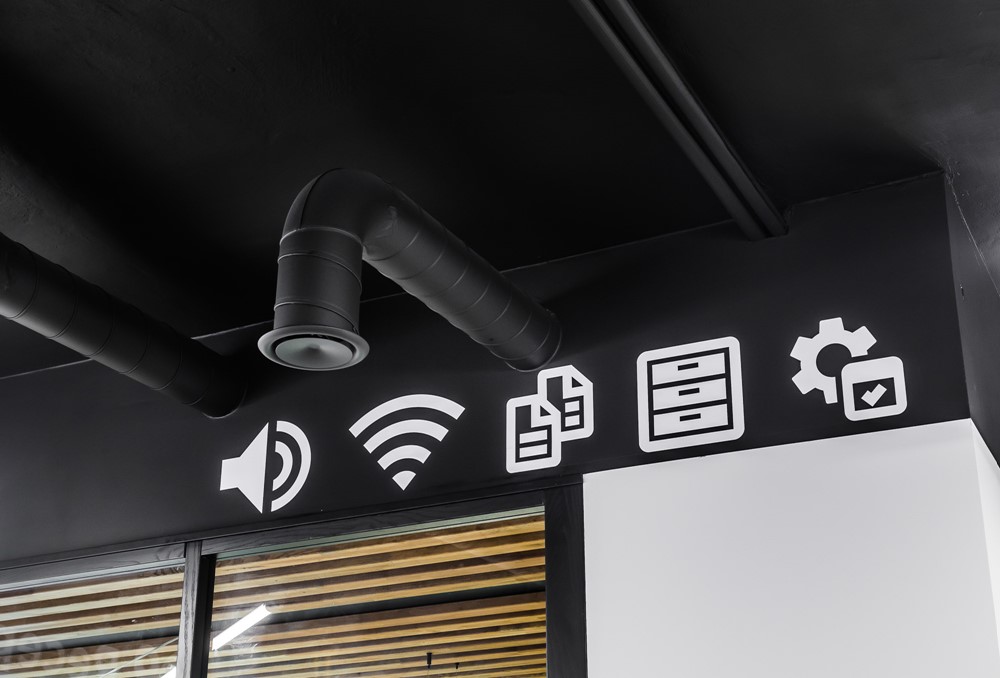 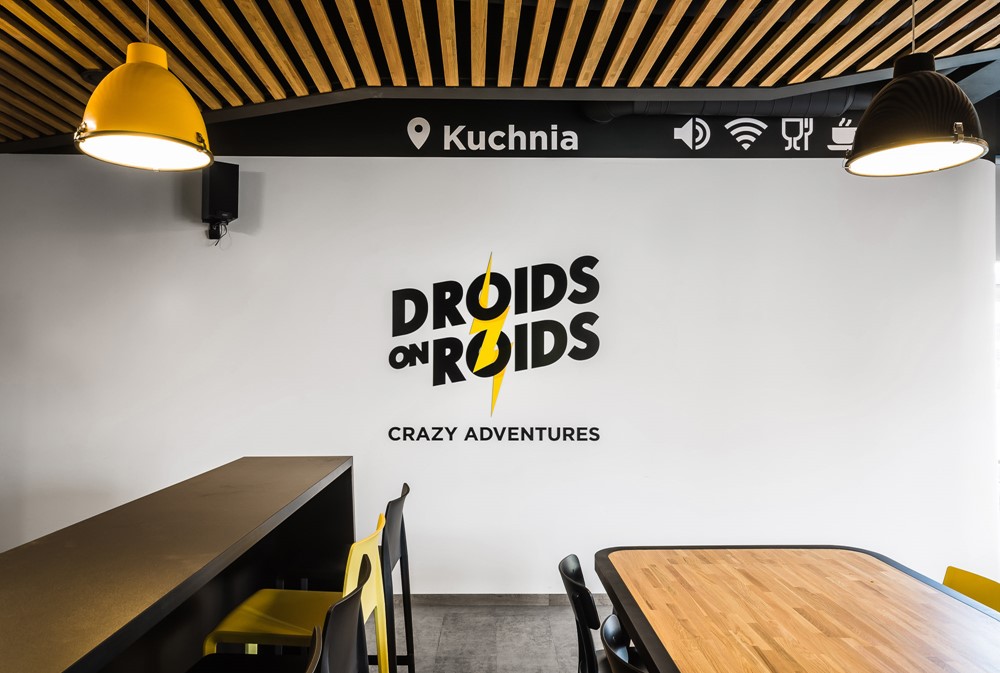 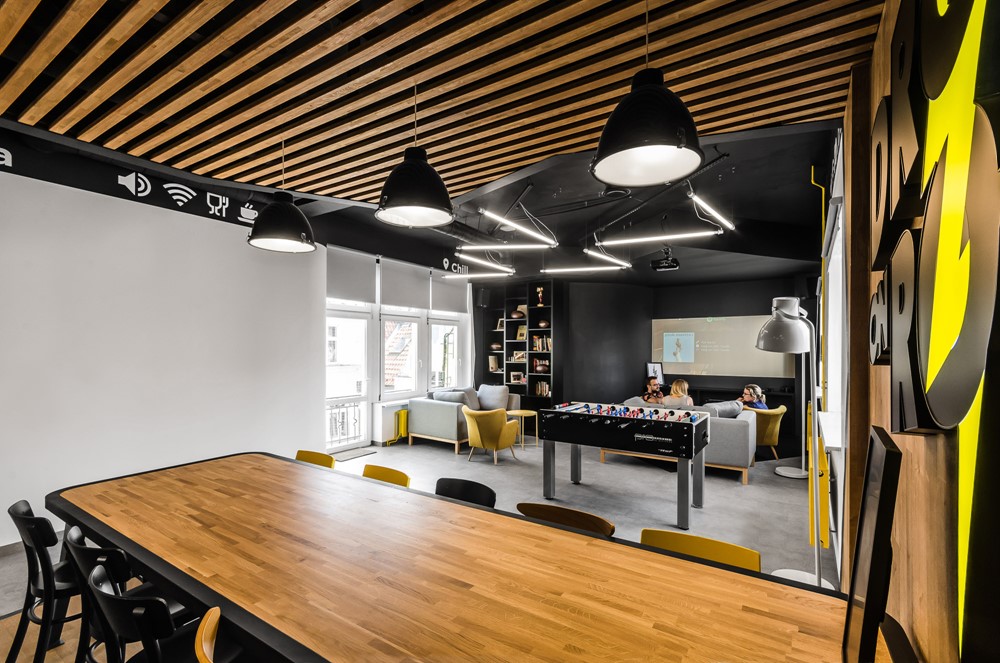 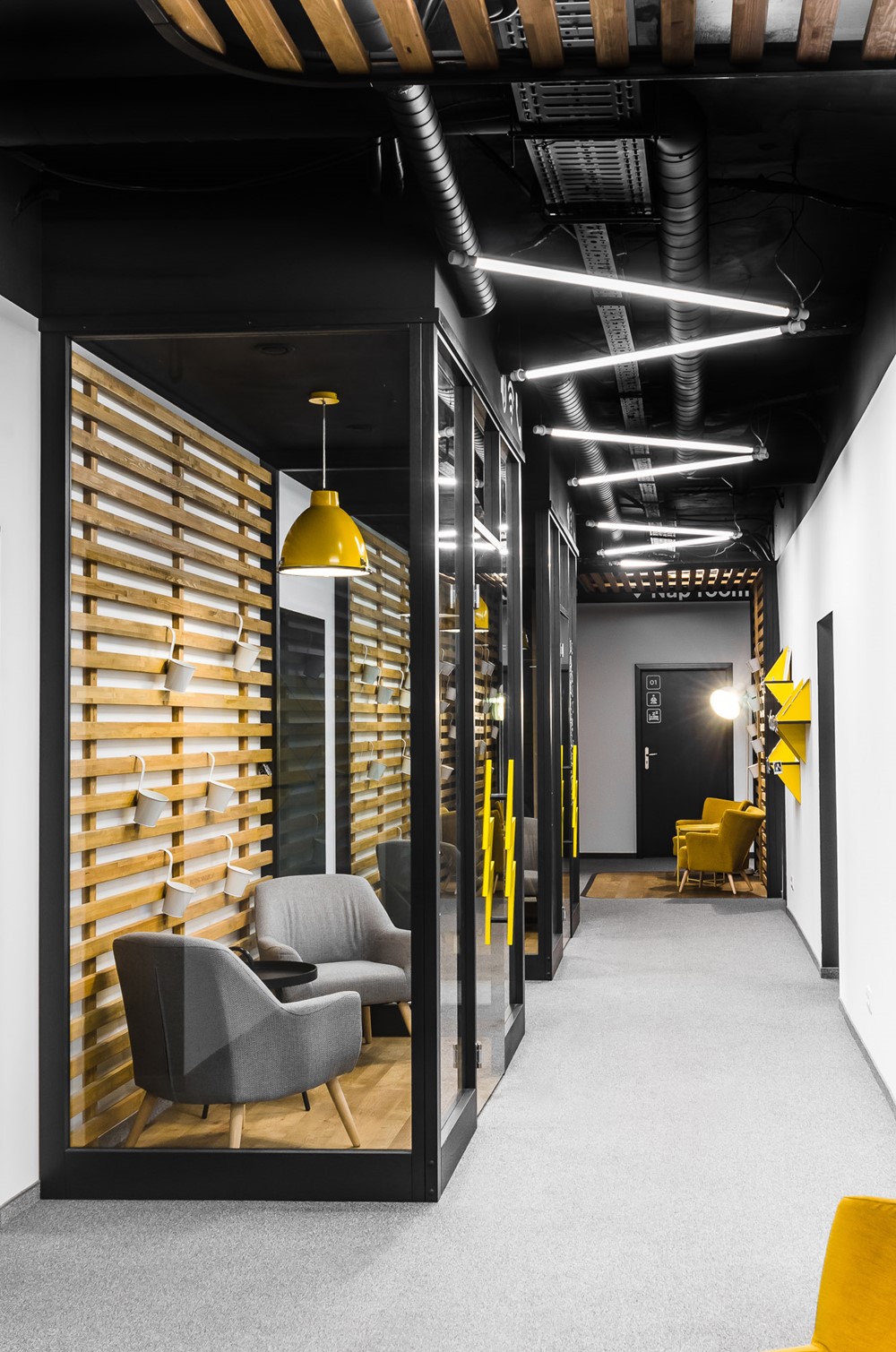 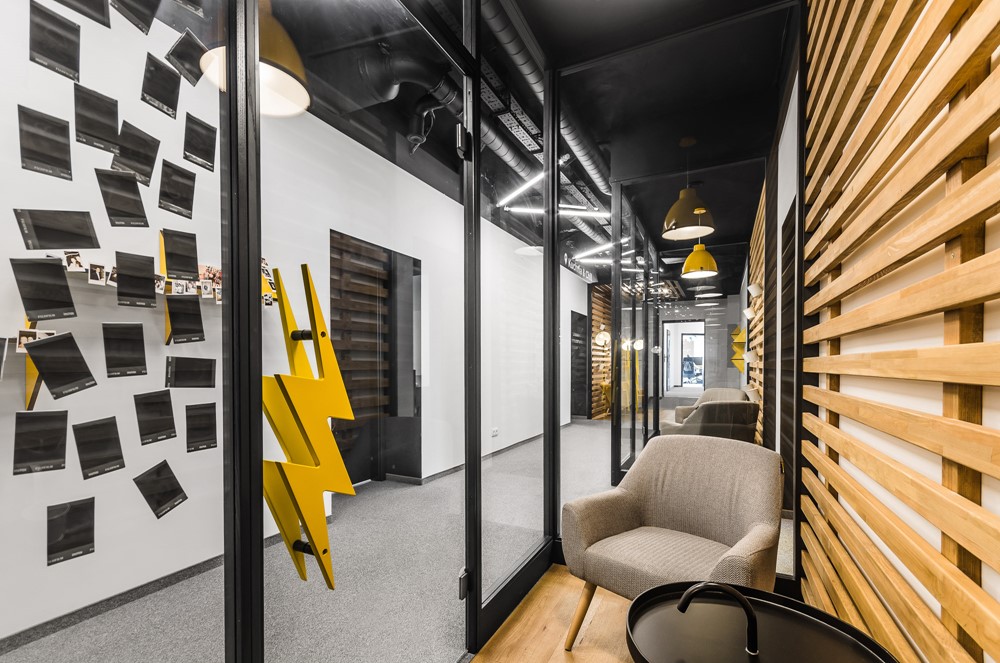 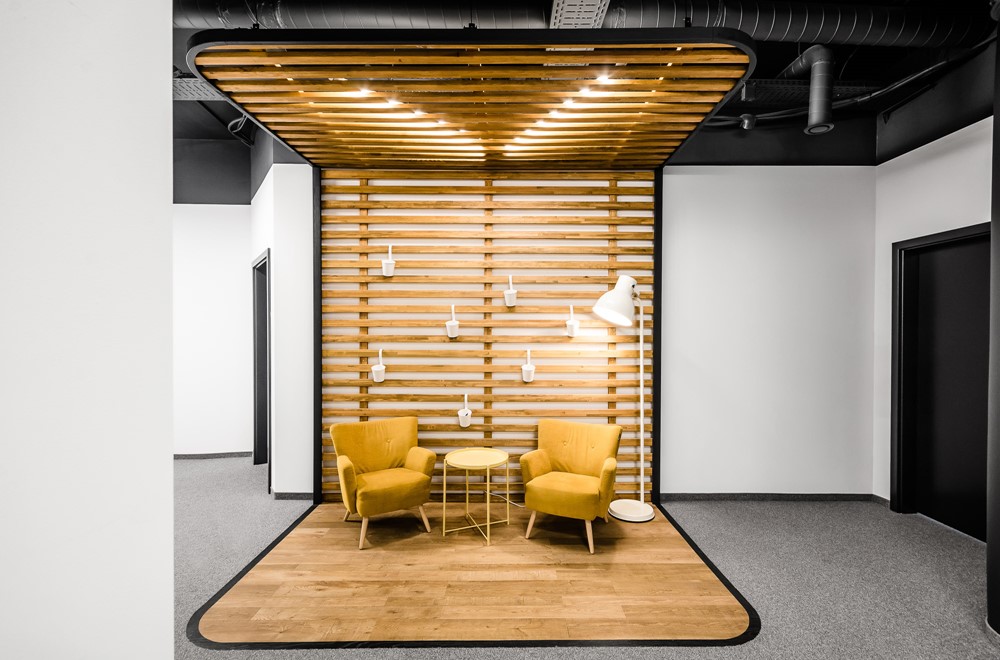 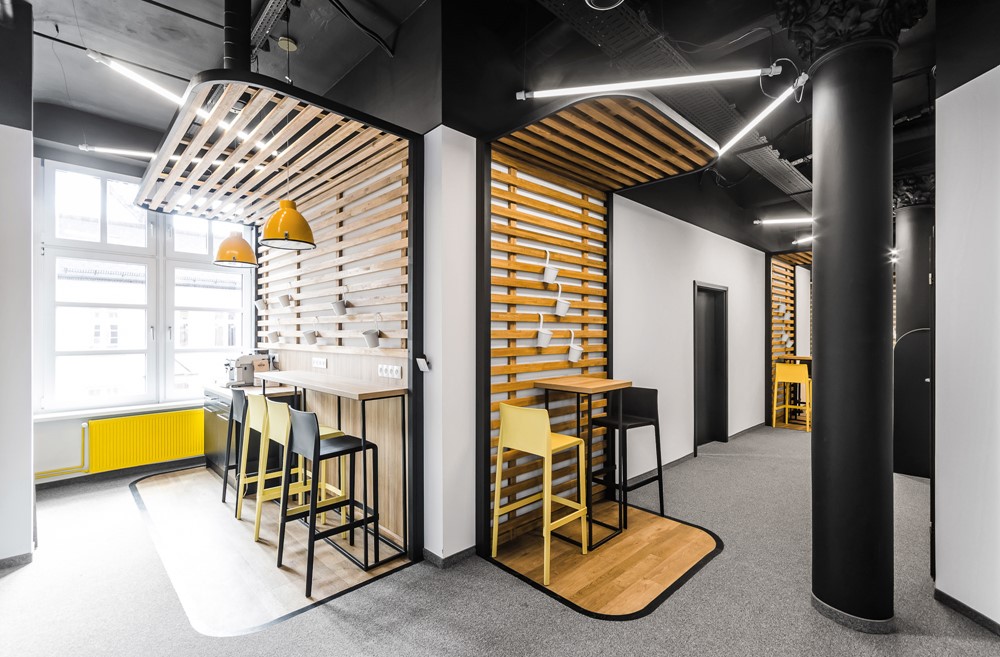 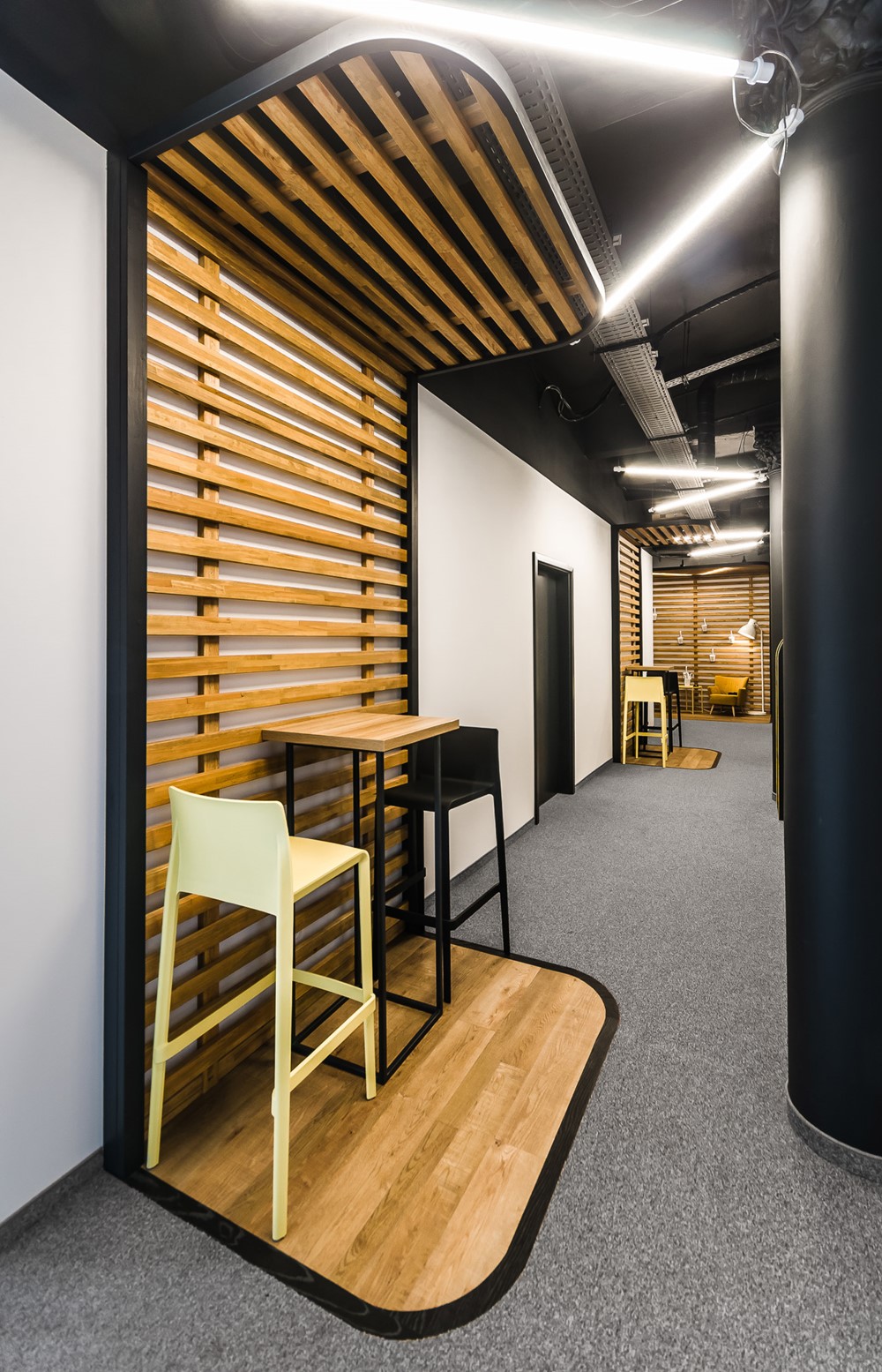 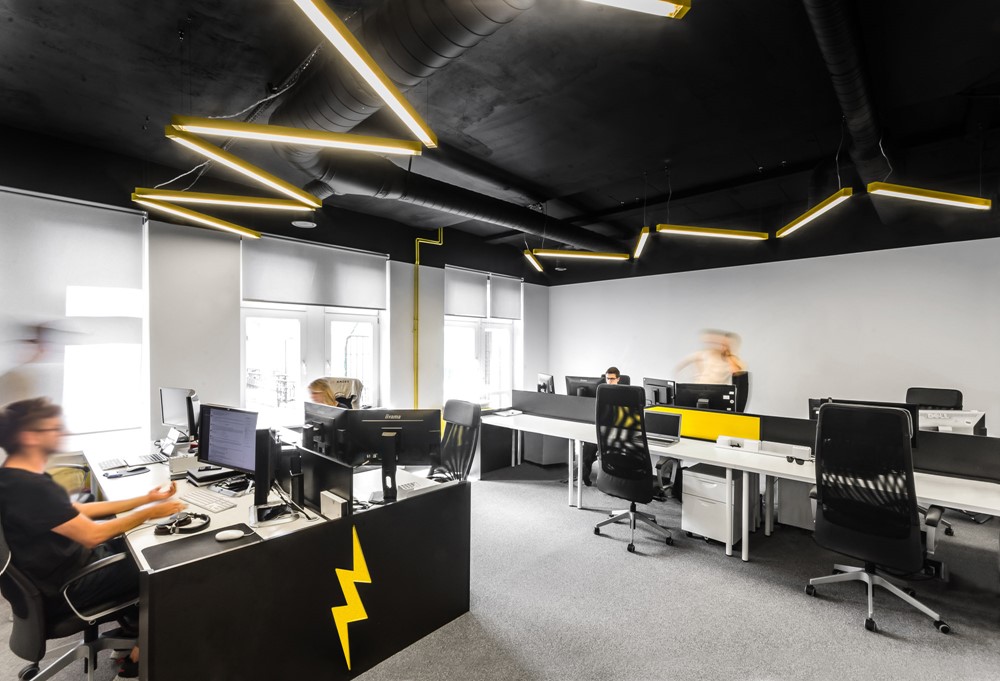 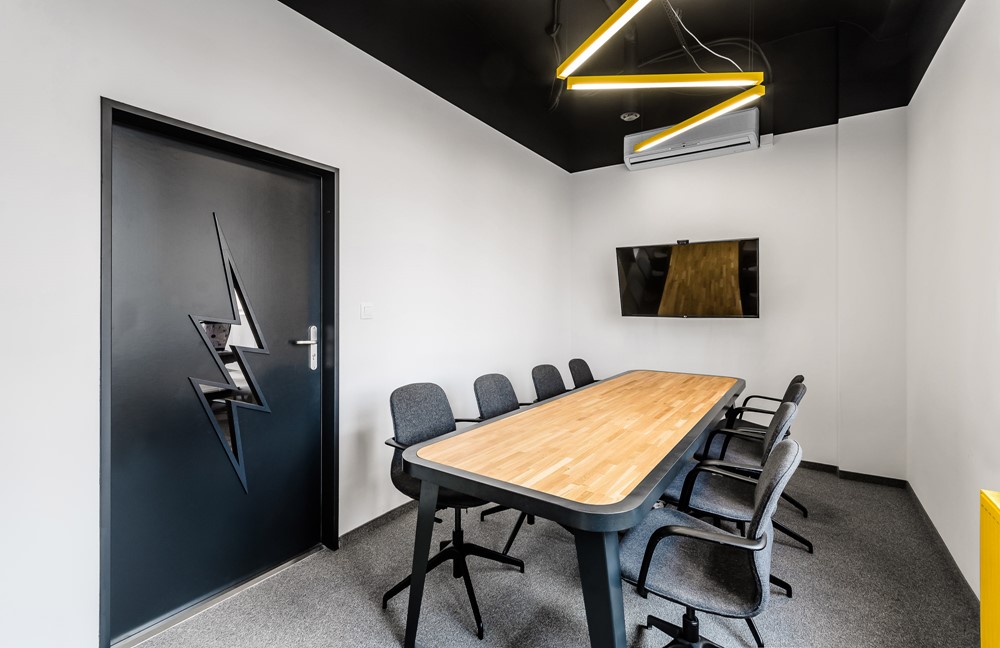 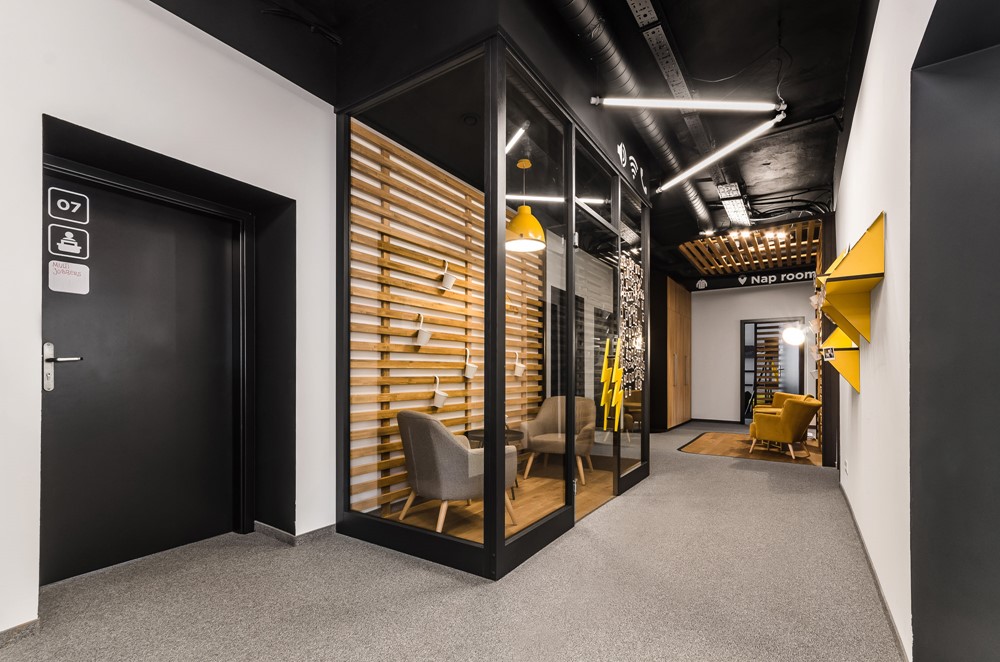 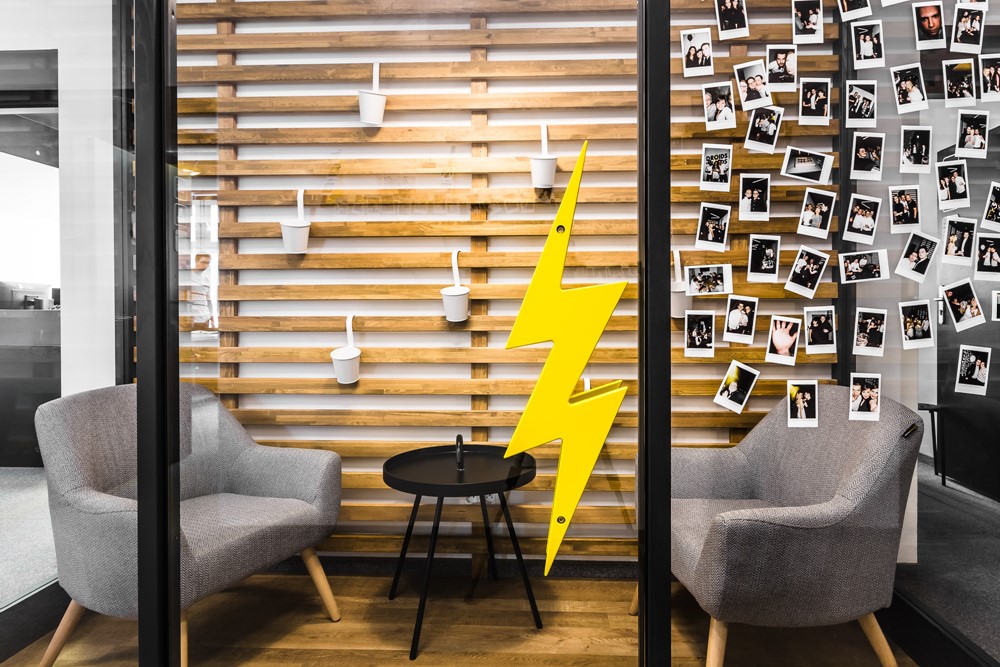 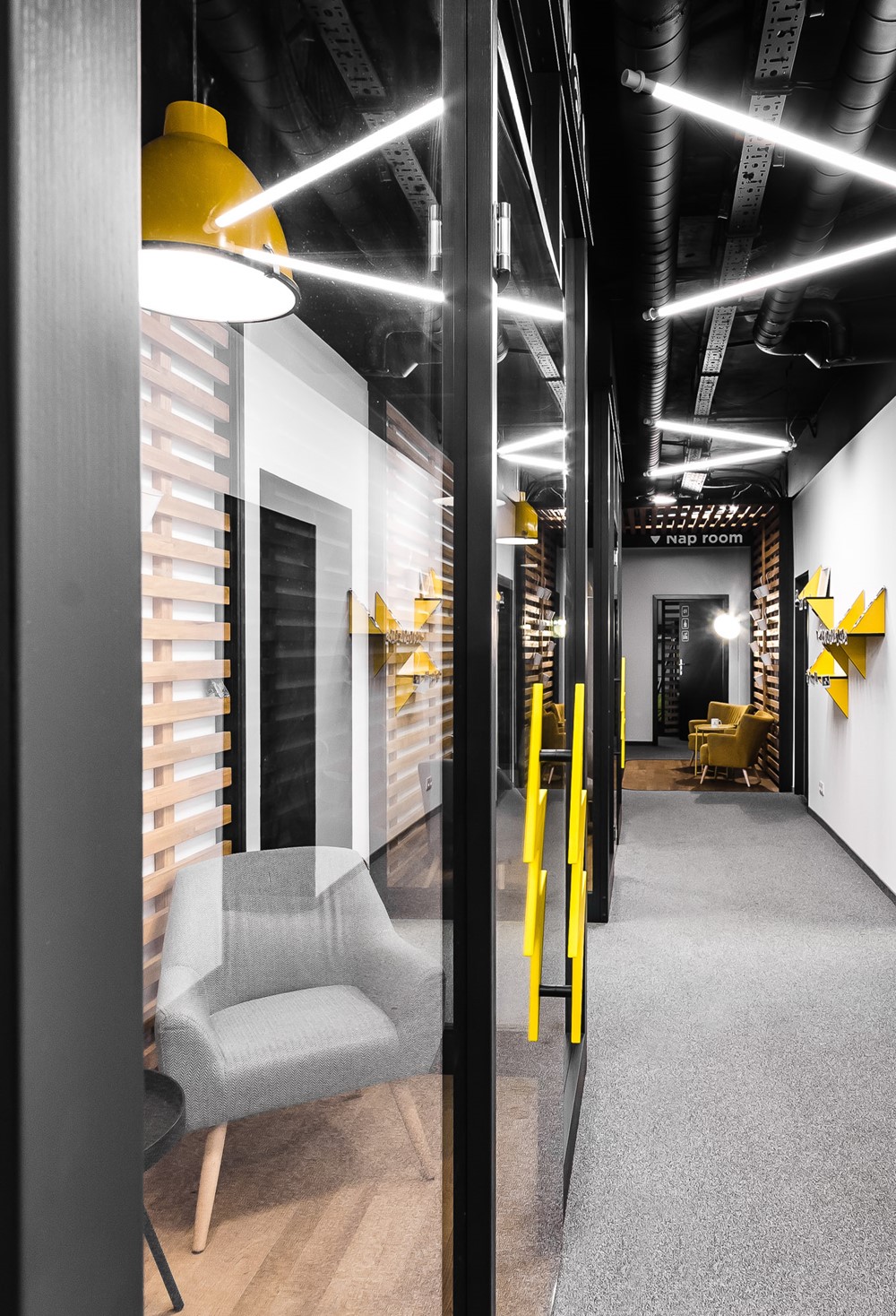 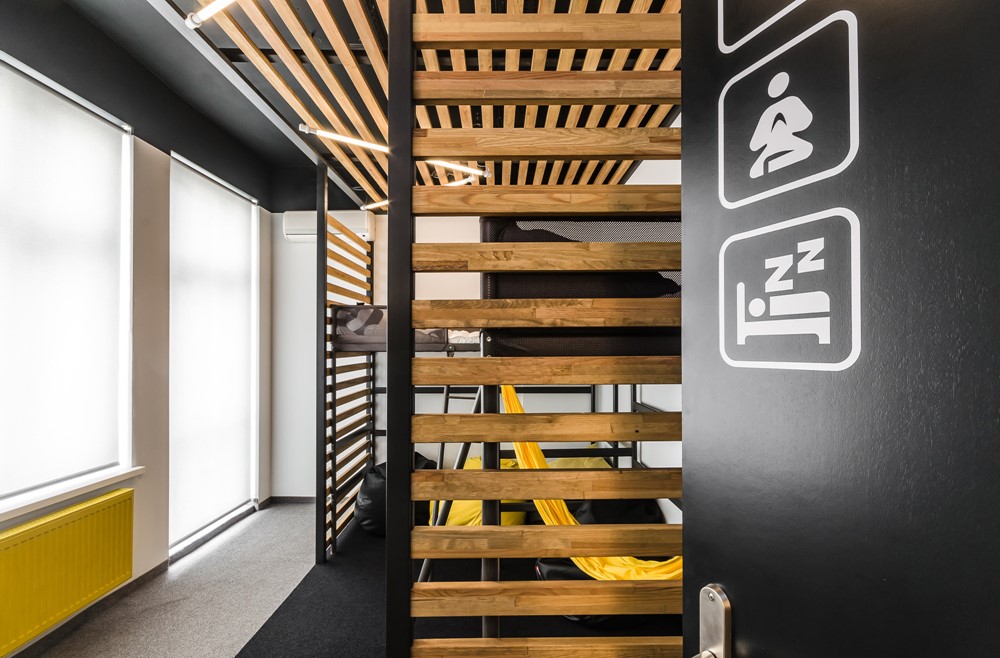 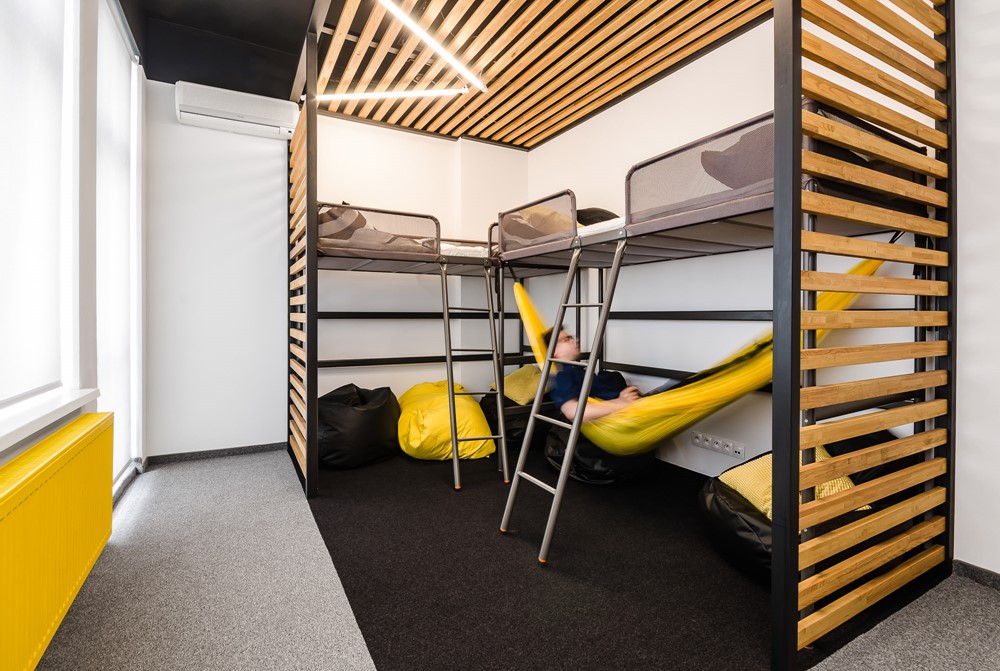 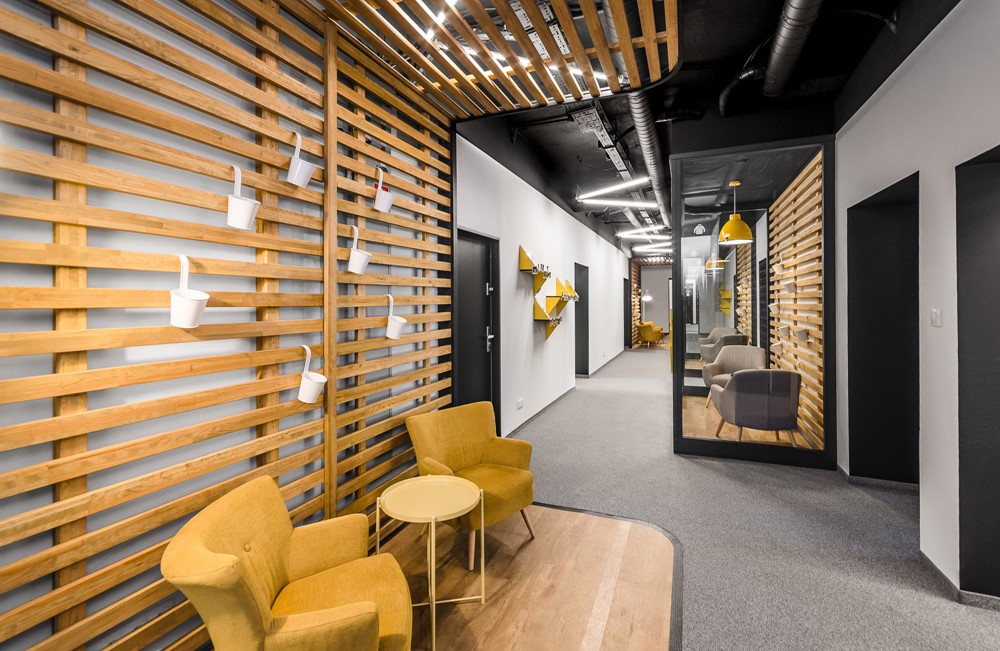 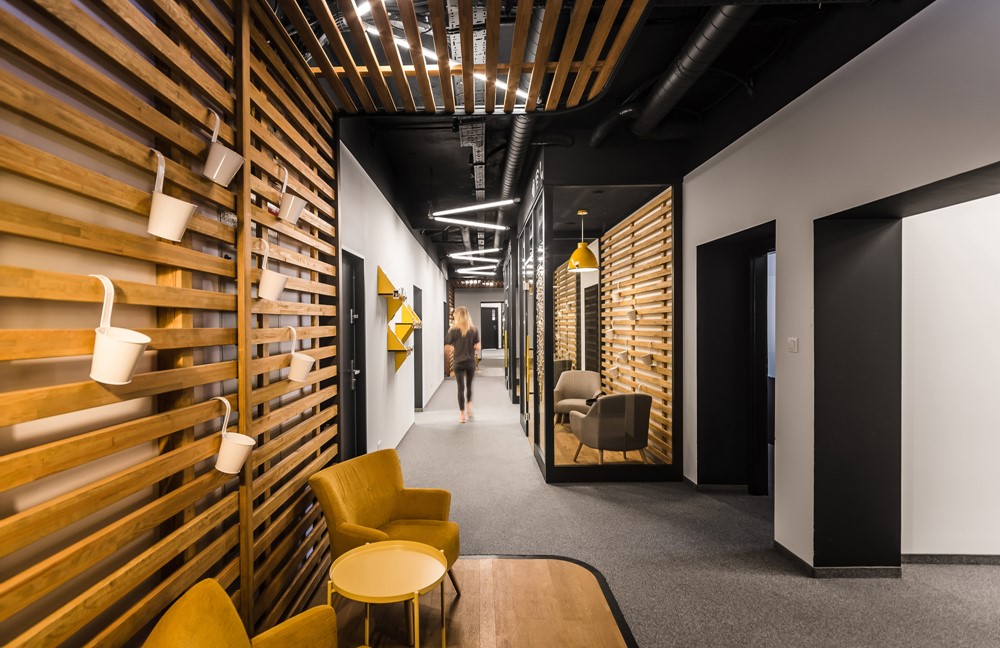 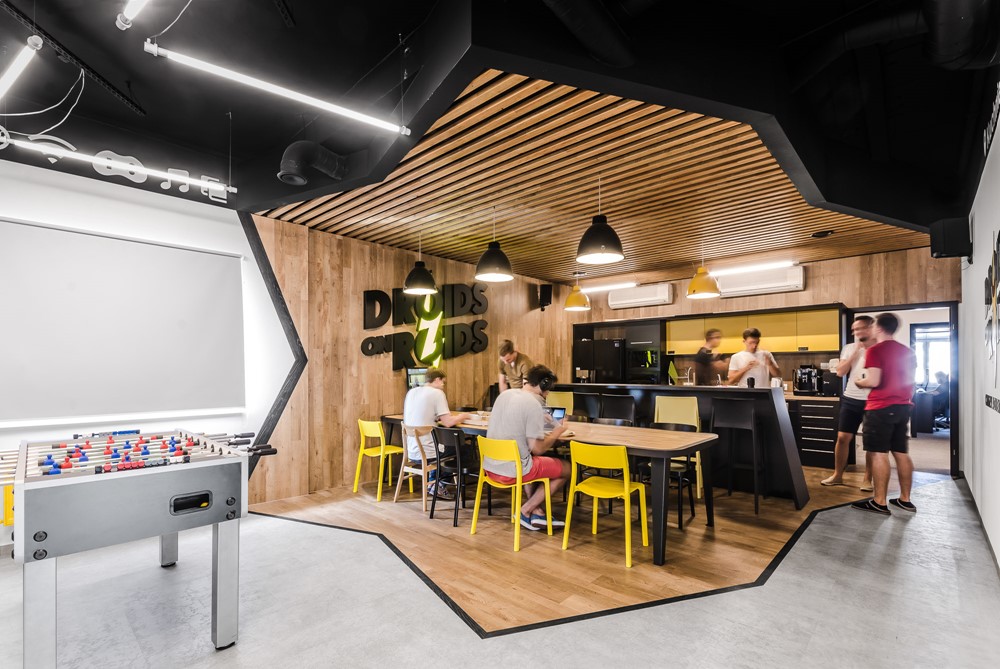 If you like GIPHY or use Electric Object app, you are availing of solutions which were developed under the watchful eye of a dynamic software house from Wrocław. Droids On Roids come into action when someone has a brilliant idea but does not have a means of developing it.
This time though it was the team of programmers who needed a solutions provider! Task? New ofce! In a historic town house in the centre of Wrocław, mode:lina™ studio designers worked on an ofce space of over 650 square meters.

Navigate your ofce like a home screen.
Mobile applications developed for clients all across the world are Droids On Roids fagship product.
Keeping in mind their development process, mode:lina™ designers decided to transfer the mobile sphere of programmers’ work onto the walls of their new ofce. The black stripe running across all spaces just below the ceiling is nothing else but a status bar, just like the one in majority of popular smartphones.
The icons placed on the stripe and on doors are a visual code, which allows to identify the function of each space. Navigating this ofce is therefore like navigating a home screen, and is enjoyable both for the employees and the guests.
Lightning and zig-zags as a main theme.
Combining mobile applications environment with Droids On Roids visual identity system was the main theme of our project. Apart from elements typical for mobile applications, the interior was given yellow features, which together with lamps in a shape of a zig-zag located all across the ofce, correspond with a lightning in Droids On Roids’ logo.
A lightning has been placed in nearly every space and it took on various roles – a decorative element on the door, detail work on the desks or phone booths’ door handles.

Lively playroom and kitchen.
Droids On Roids team spend a lot of time together, not necessarily only while working. In 2016 the team went on a month-long workcation to Bali. It turned out that the programmers had a number of very important rituals around celebrating the delivery of their projects or around watching flms together.
Therefore they needed a space which could serve both purposes – daily work and after hours events.
Hence the two functions of the kitchen and the playroom were brought together in a multifunctional large space, which is always lively.
The designers yet again brought in diagonal lines which feature in a lightning to achieve a dynamic division between kitchen and play areas.

Privacy and comfort of meetings.
By completing the corridors with islands with armchairs and special soundproof booths, the ofce gained a large private space. There is also a nap room – a separate area with a big yellow hammock and comfortable beds.
The fnal result is that, despite insignifcant interference in the existing layout of the space, we managed to produce a friendly ofce for Droids On Roids team, while meeting their diverse needs and work style!