CCS apartment is a project designed by PLUS ULTRA studio. Few demolitions and new finishes changed of an 80 sqm apartment at the first floor of a building in Milan, saving as much as possible costs and time. Photography by Alberto Canepa. 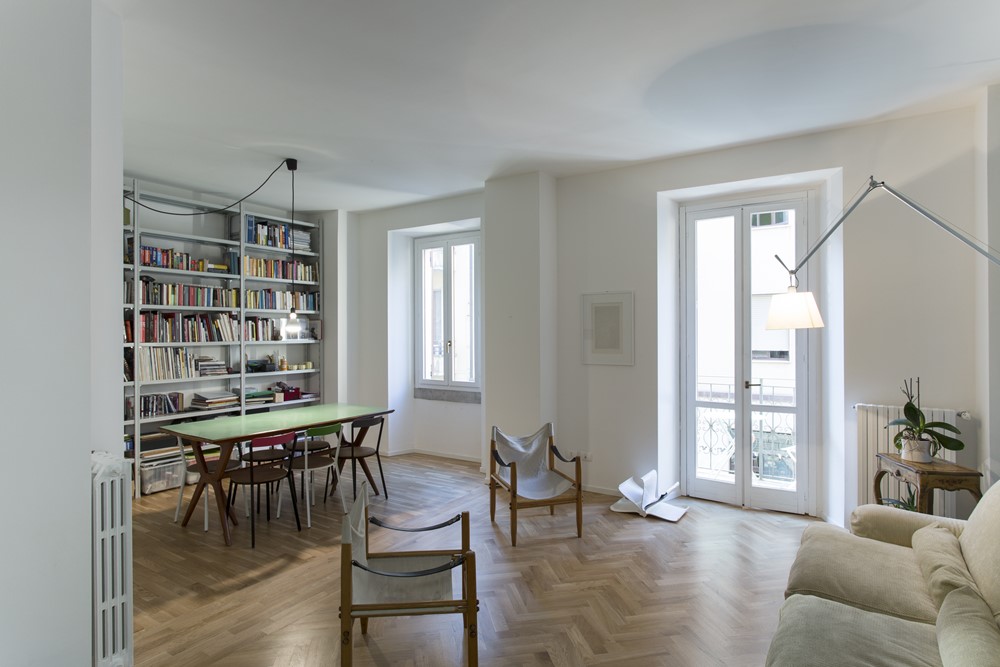 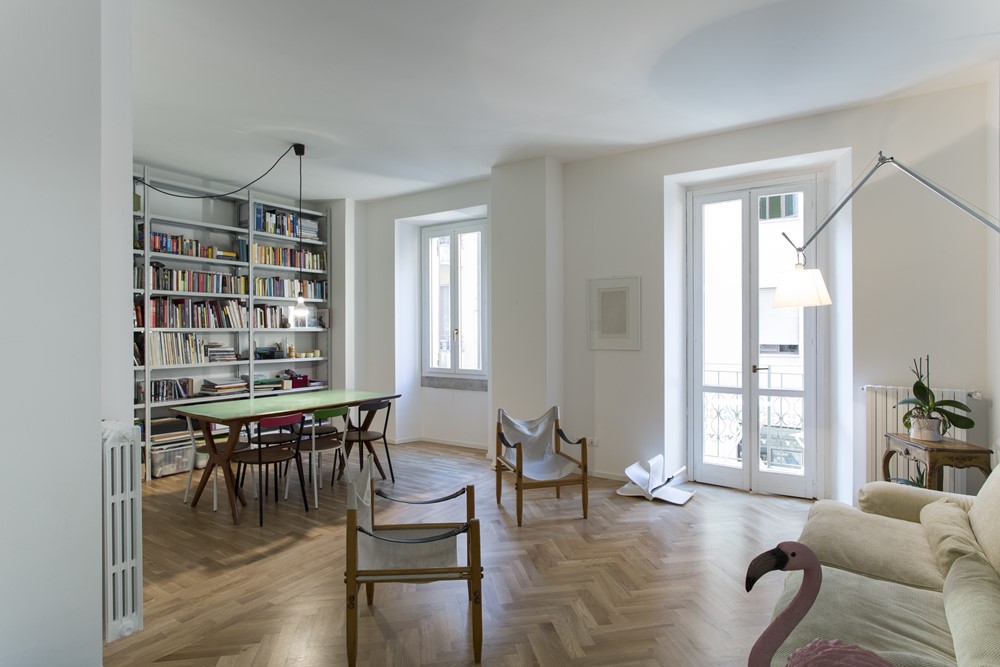 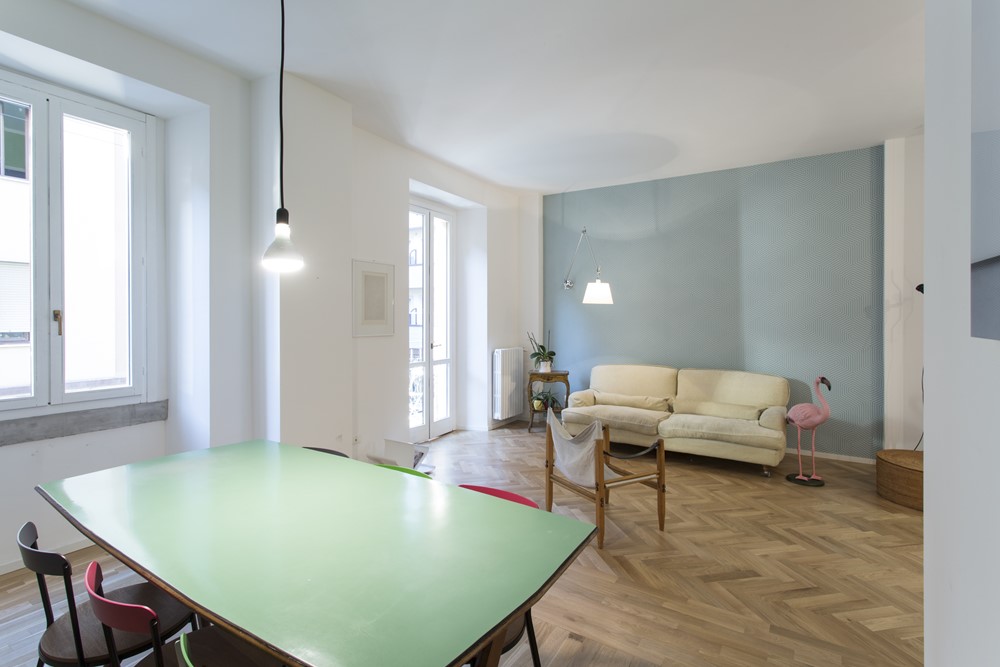 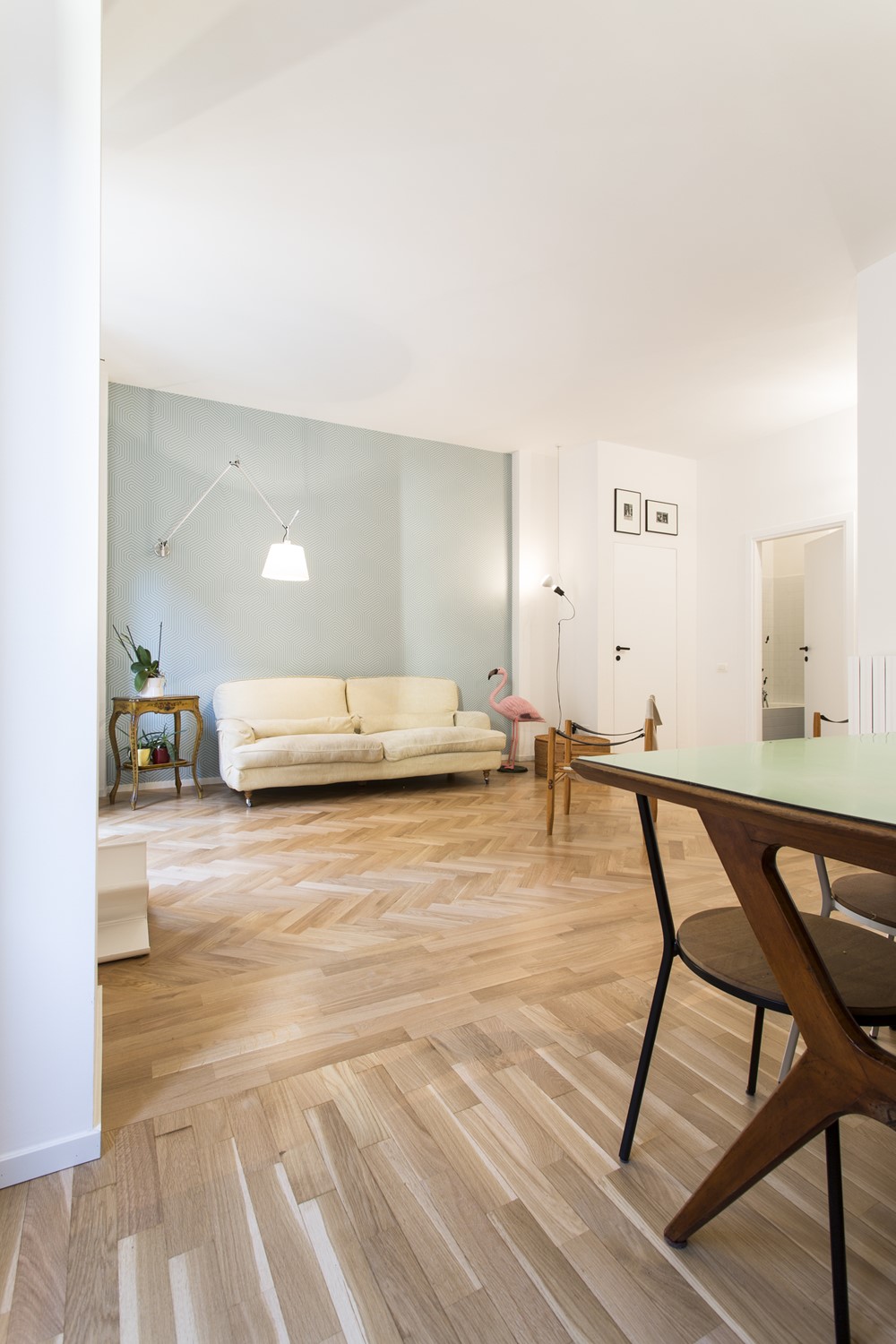 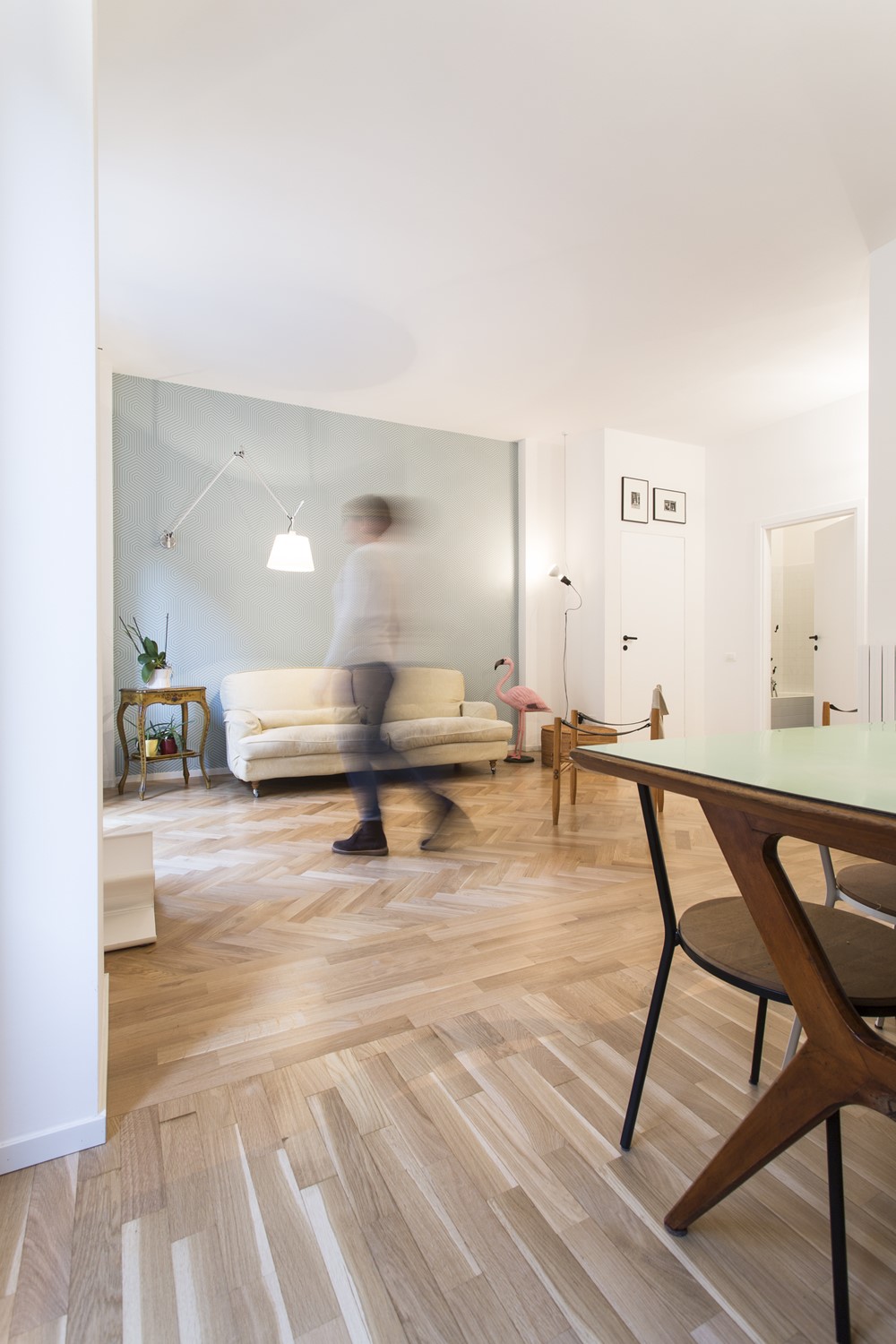 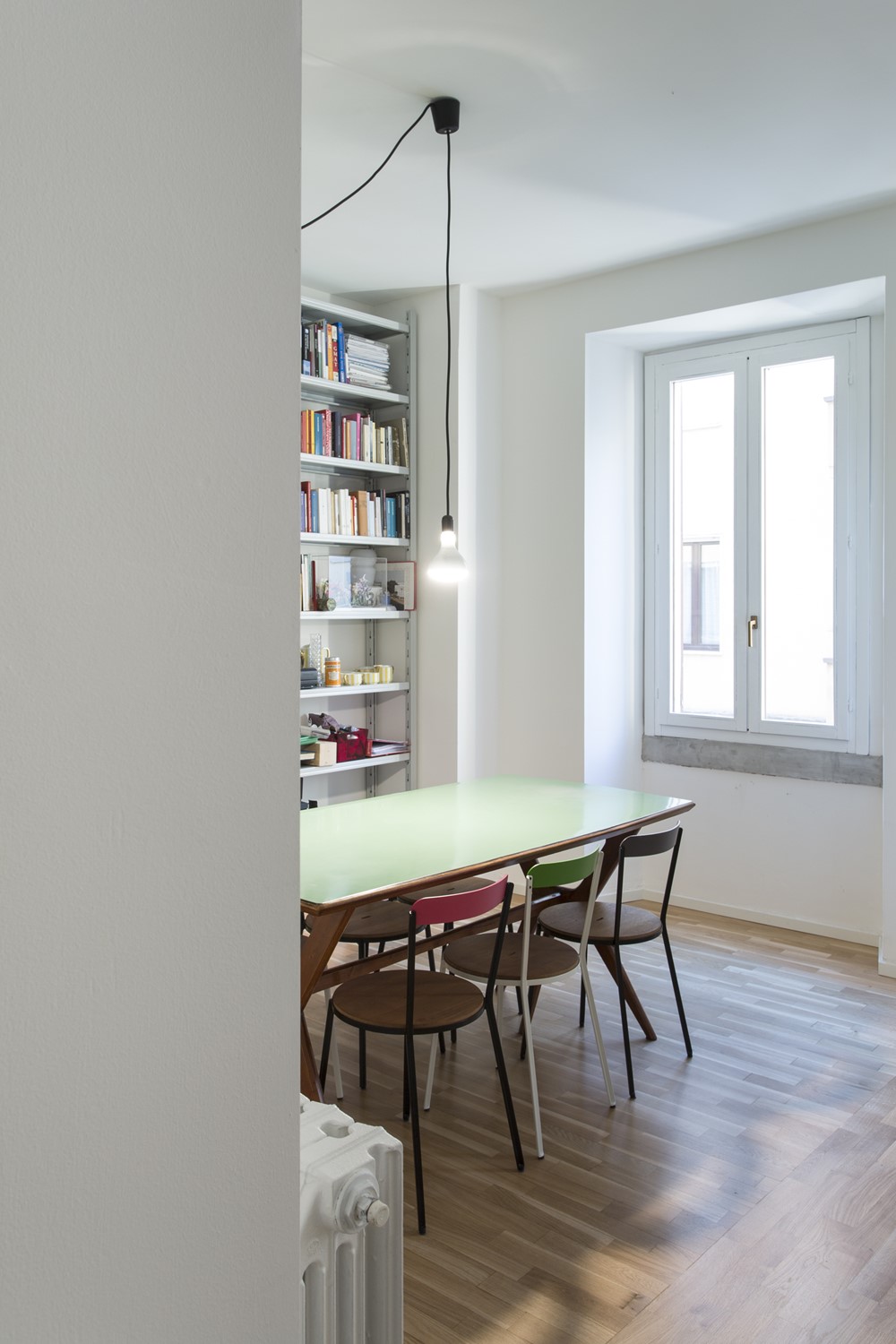 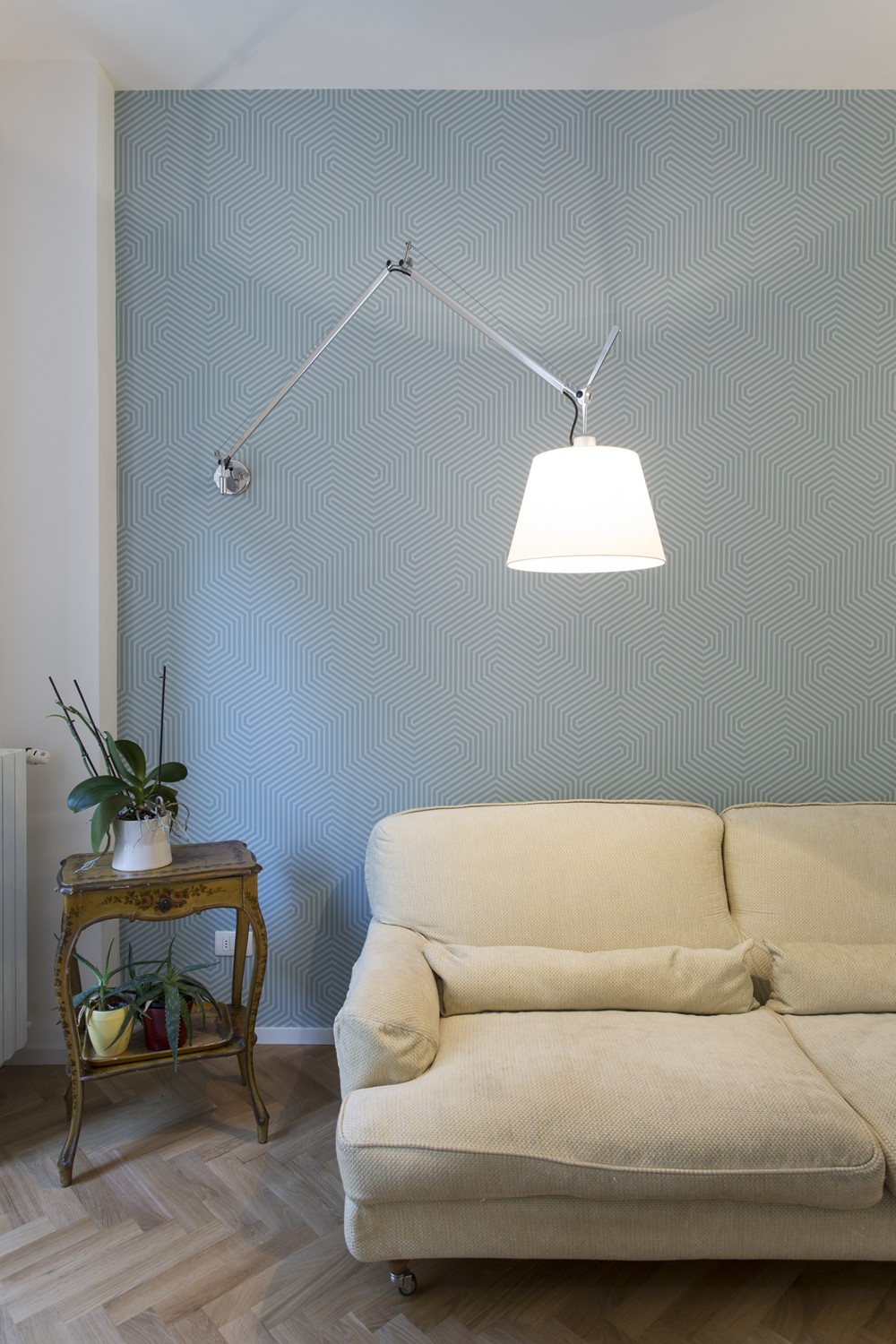 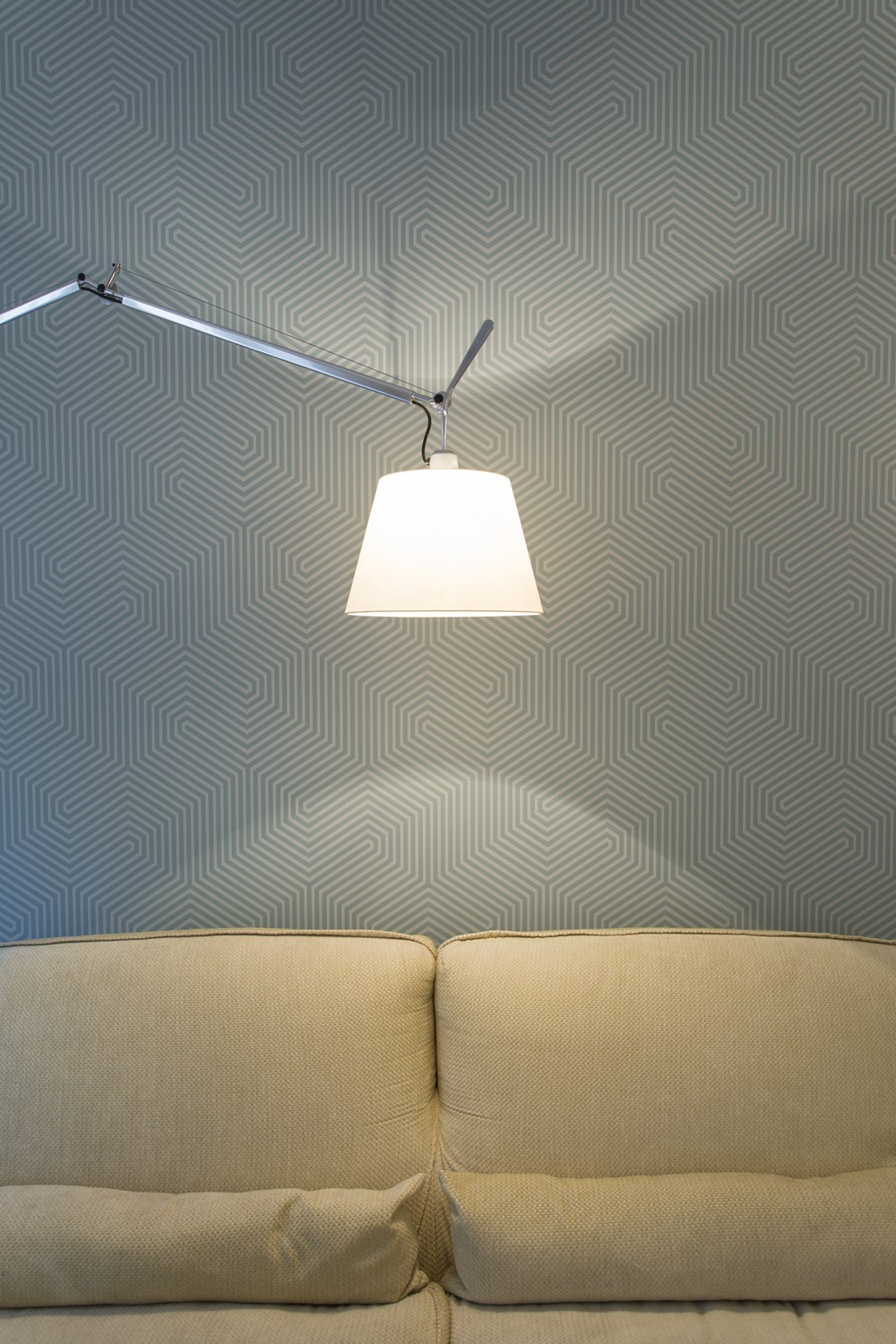 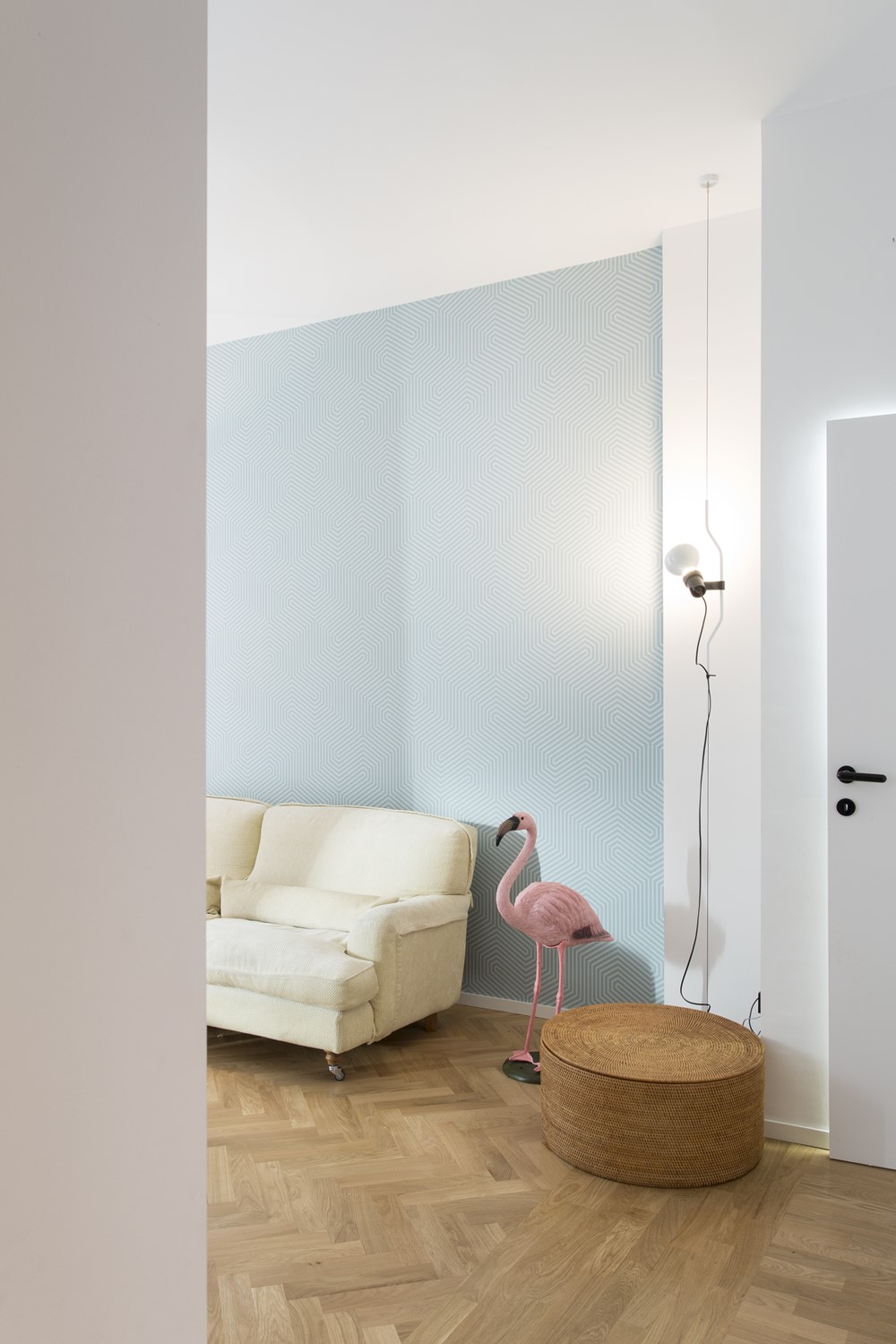 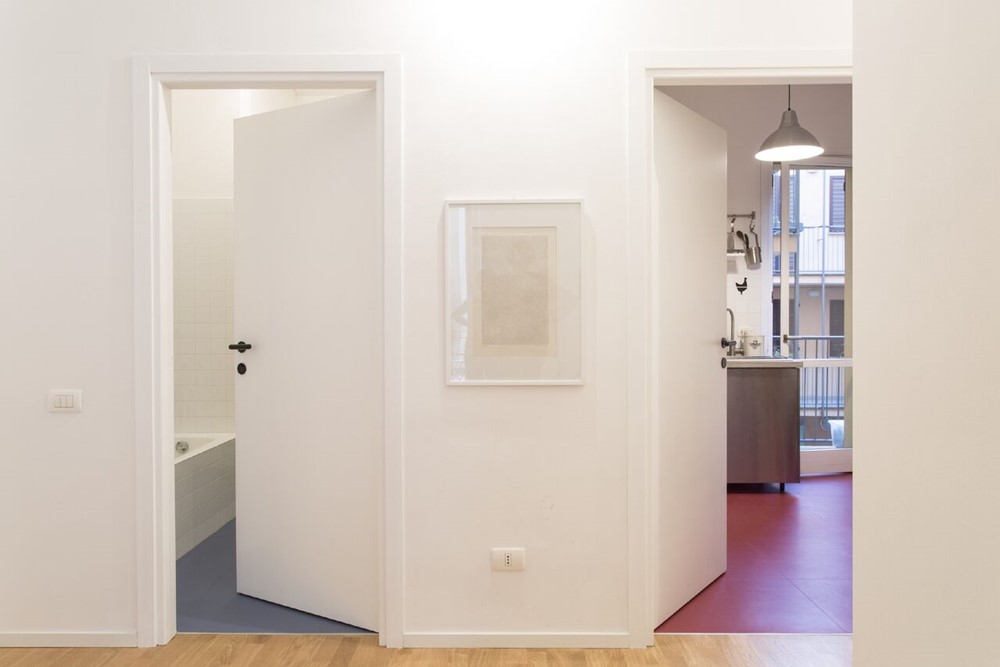 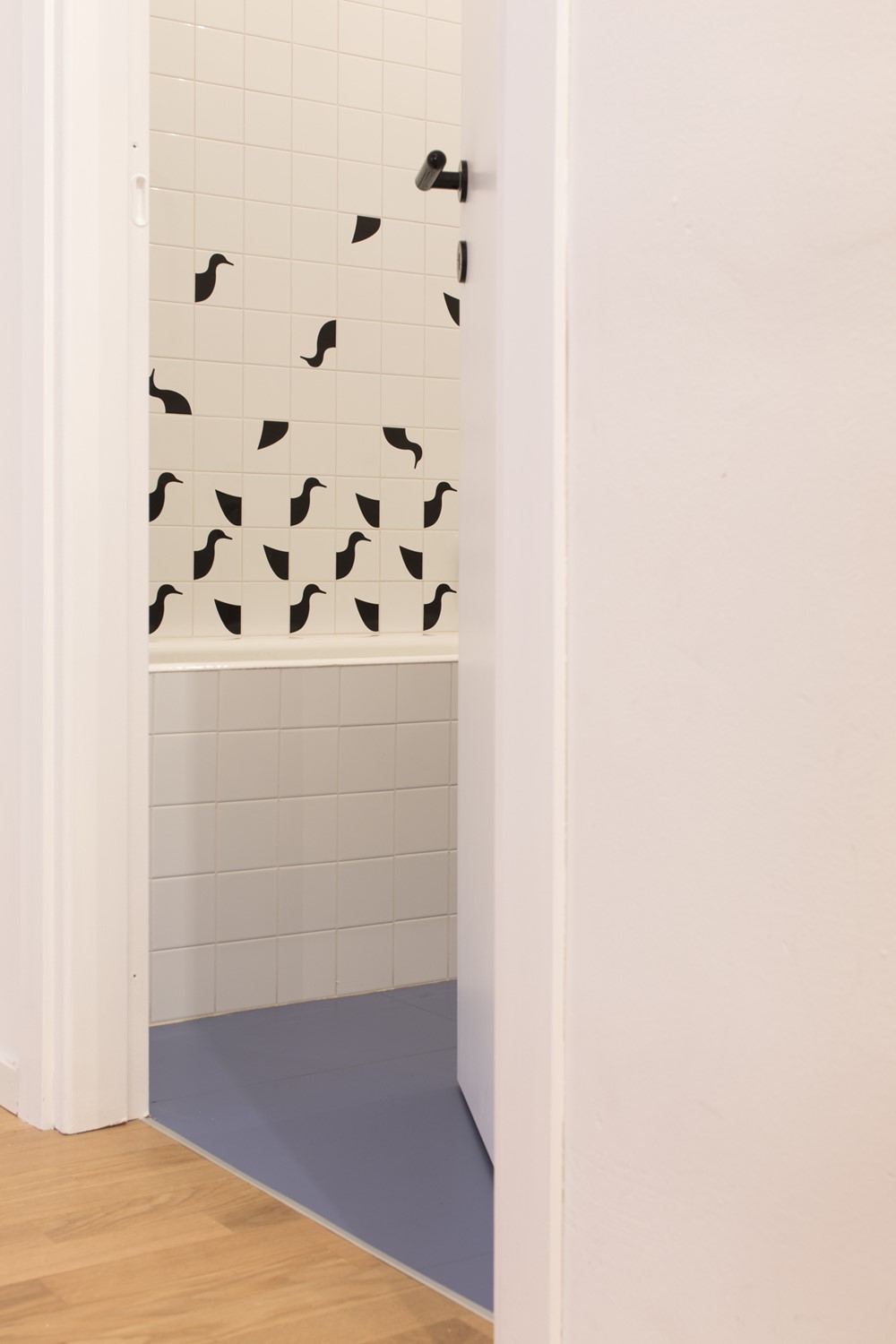 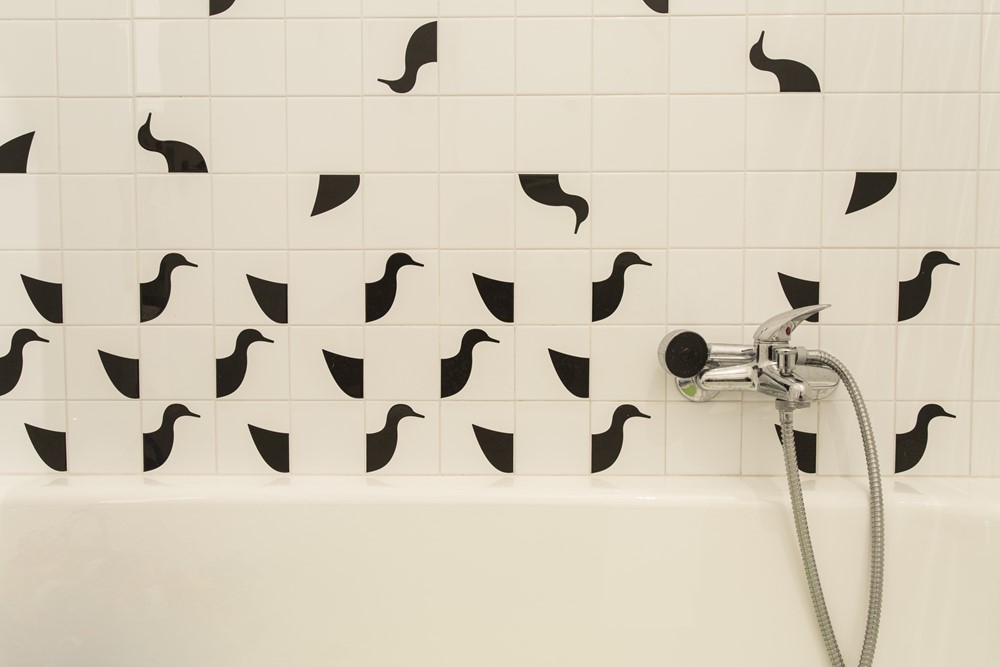 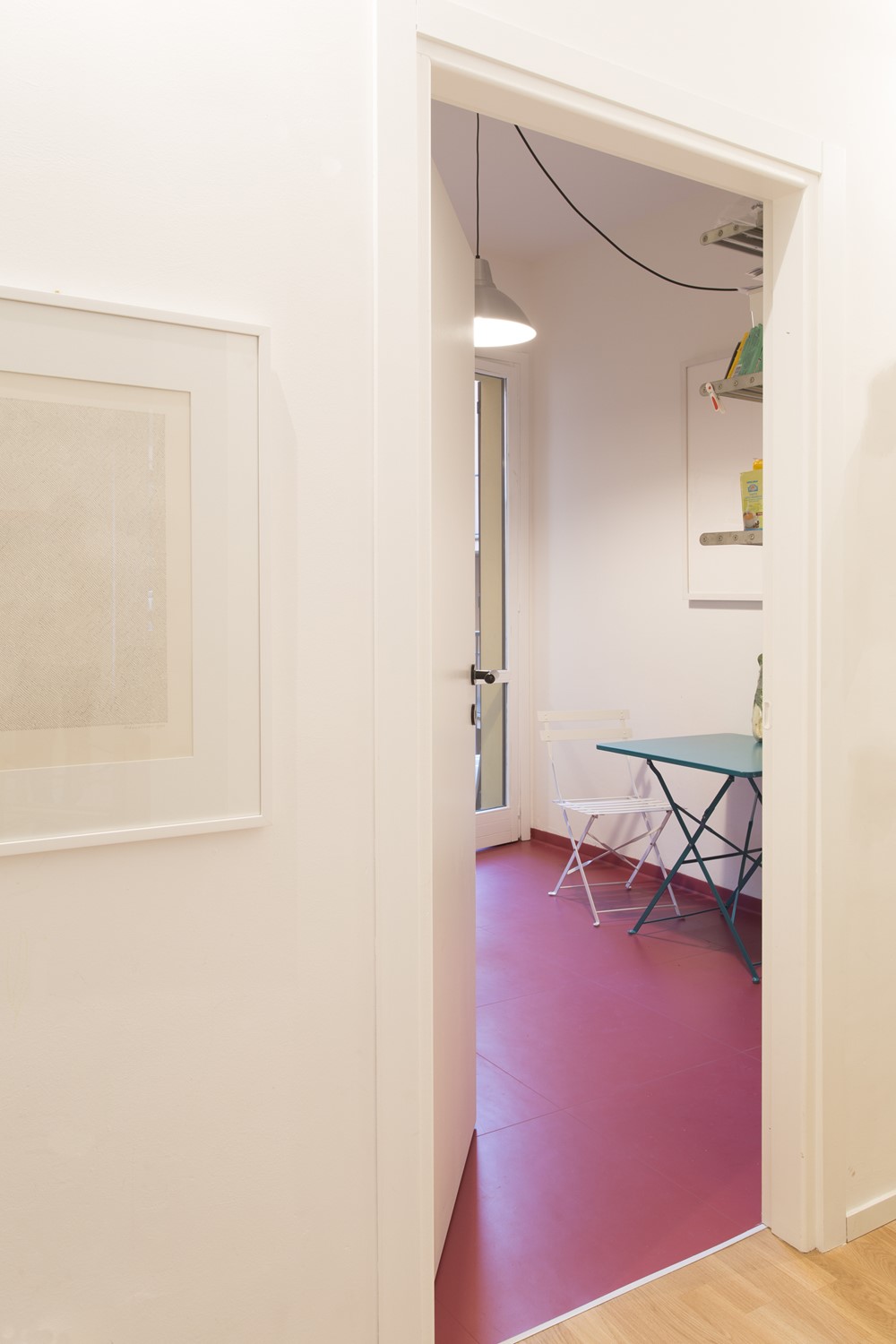 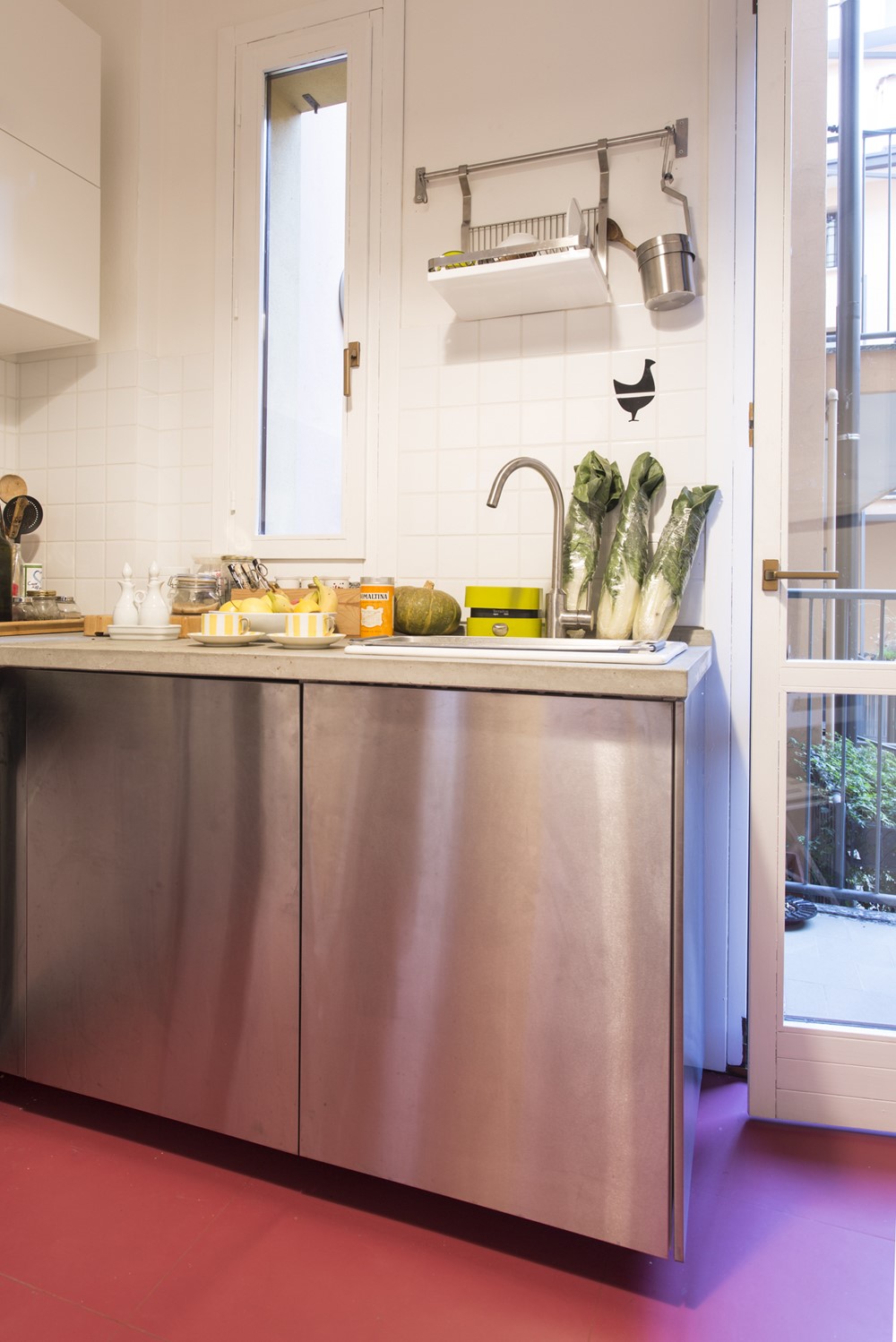 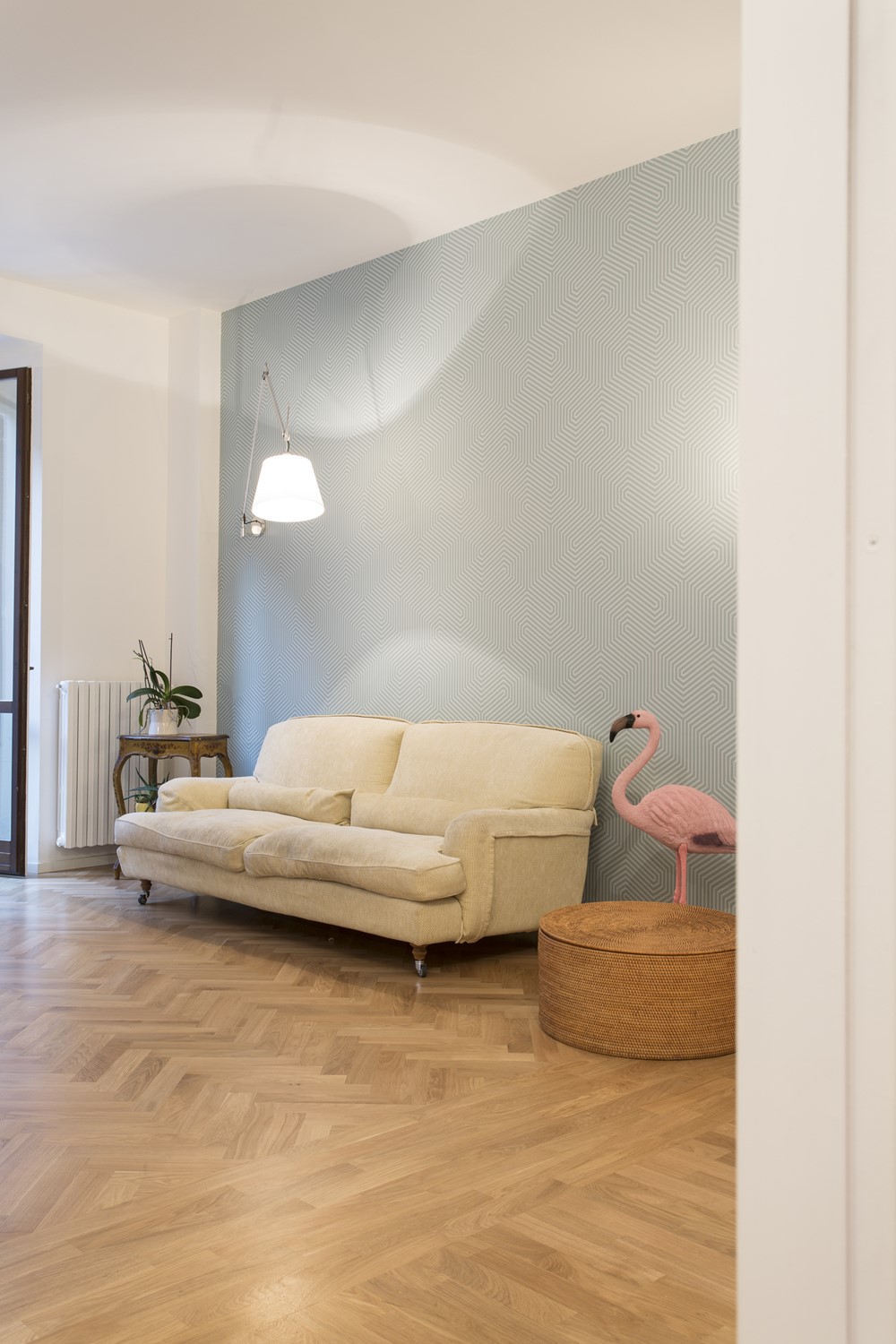 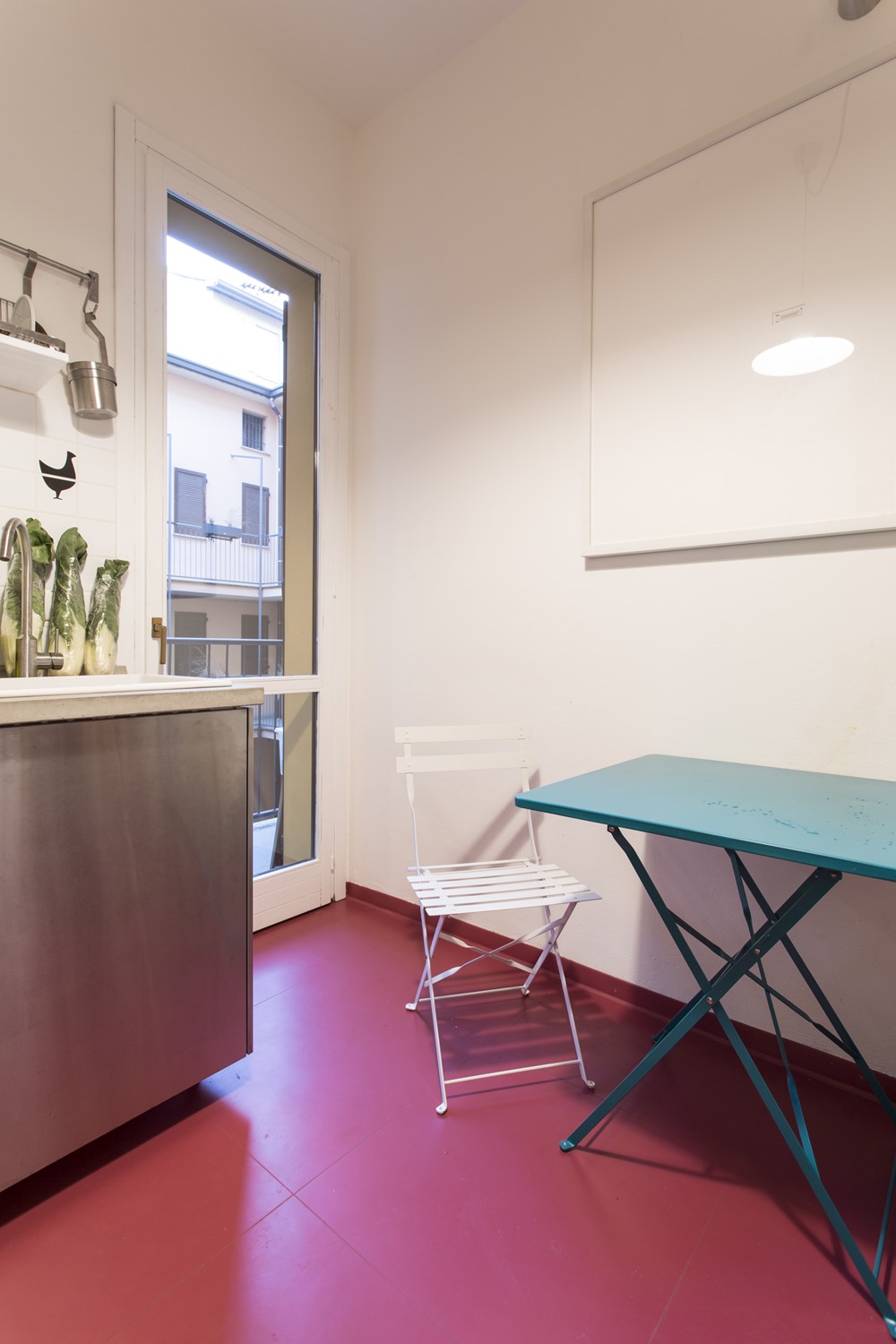 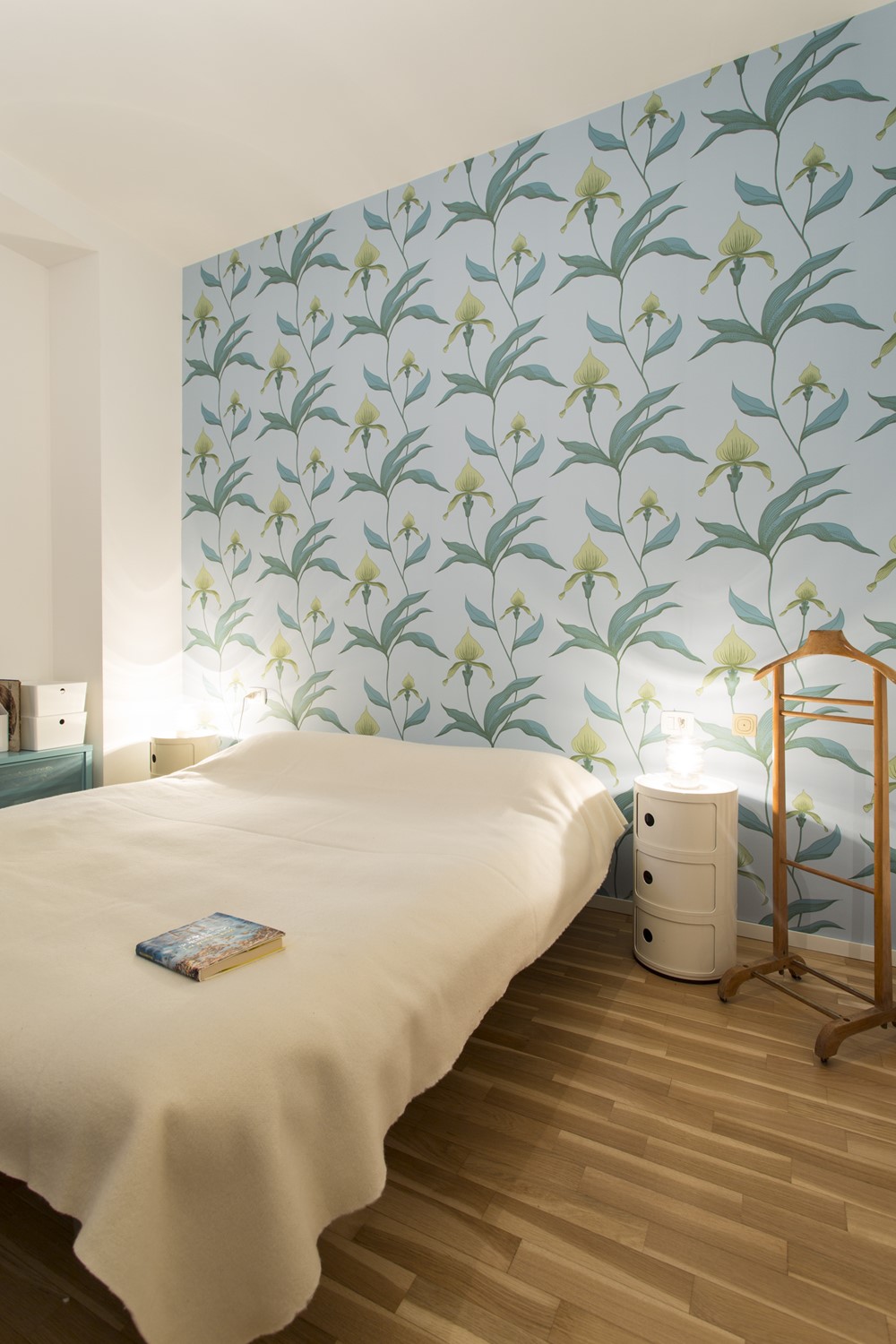 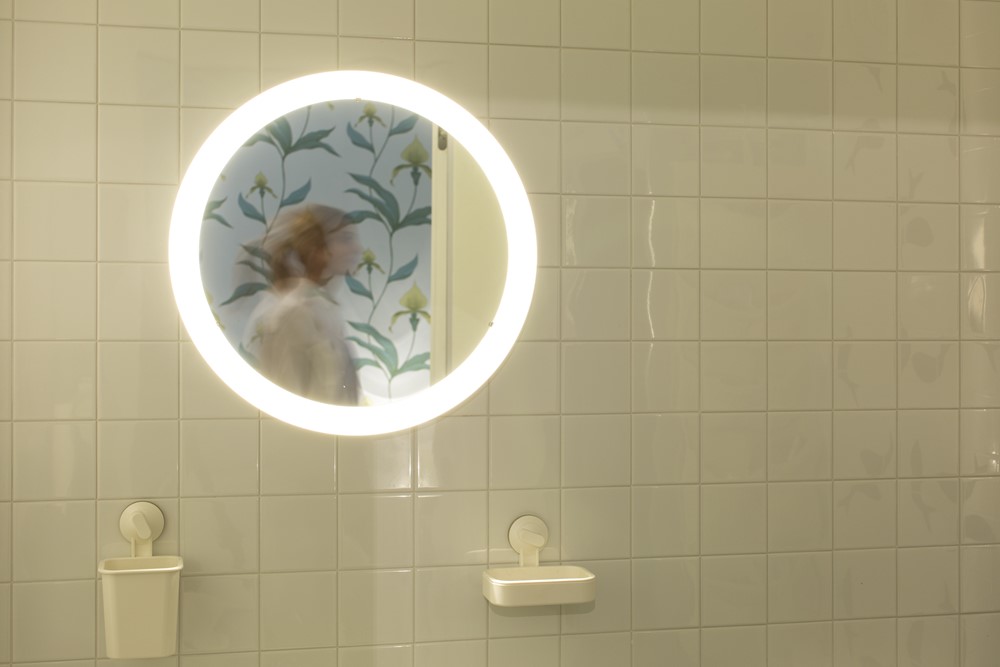 The living room was extended and made more bright demolishing the partition wall of the corridor and the one between the living room and the room on the entrance left. In the hallway, slightly enlarged to make space for a wardrobe, a storage closet was created in the false ceiling. Two glazed openings bring indirect light in the bathrooms from the adjacent rooms.

The project focused mainly on the new finishes in order to give to the apartment the right character for its new users: a young couple with two little children.

The existing wood flooring of the bedrooms had been extended also in the living room and in the corridor, originally tiled. The flooring layout changed according to the rooms to preserve the memory of the original partitions: along the old demolished walls the wood flooring is straight laid, in the living room is fishbone, and in the corridor there is another directional changes.
The apartment is characterized by two walls dressed with Cole & Son wallpapers: a geometric turquoise pattern create a backdrop in the living room, while a floral pattern dresses the back wall of the bedroom.

The kitchen and the bathrooms were floored with rubber floor coverings and clad with small tiles. The bourdeaux colour floor of the kitchen creates a nice contrast with the stainless steel cabinets and the concrete countertop. The bathrooms are characterized by two different shades of pale blue and white tiles of the collection Mezza by Ceramica Bardelli, designed by Marco Ferreri, and laid out randomly and playfully to stimulate children’s imagination. Also the black nylon handles Boma by Olivari, designed by GPA Monti in the Seventies, harmonize with the playful character of the tiles.