The Brucato house designed by Martin Fenlon Architecture is a rare example of new construction within a Historic Preservation Zone (HPOZ) in the city of Los Angeles. Located in the Highland Park-Garvanza district, which is the largest HPOZ in Los Angeles, the project consists of a new house that replaced the client’s small, aging bungalow. Since the original house was determined to be historically insignificant, its replacement would have to be compatible with the historic context and subject to the HPOZ board’s approval. And with a limited budget, it was critical to reuse certain elements of the structure, such as the existing foundation and parts of the existing framing. 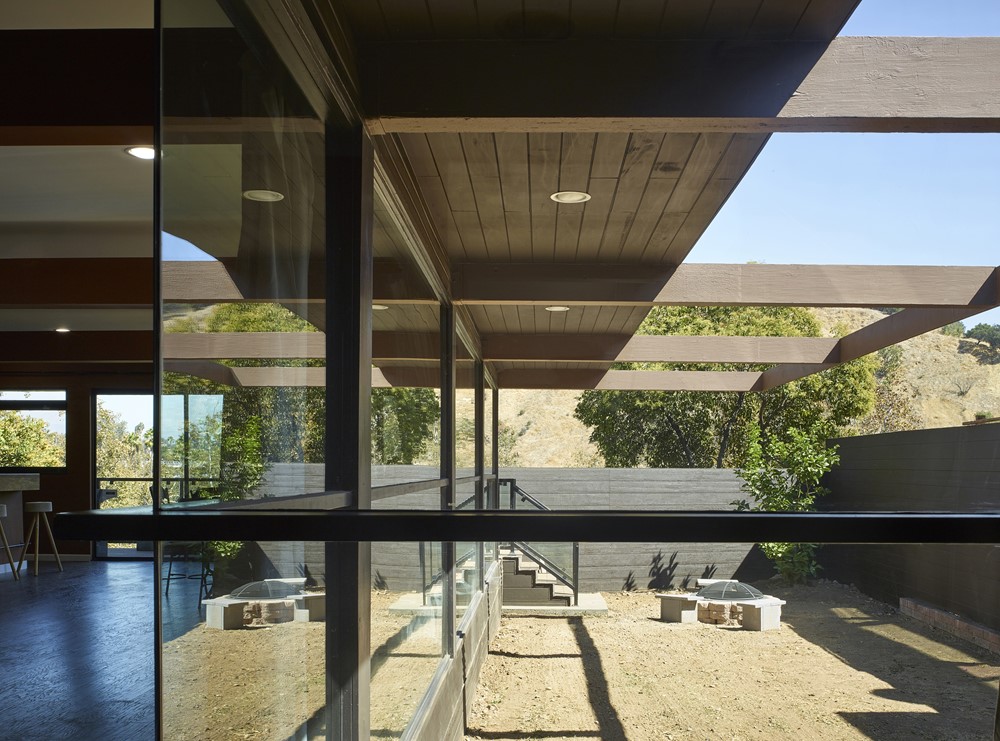 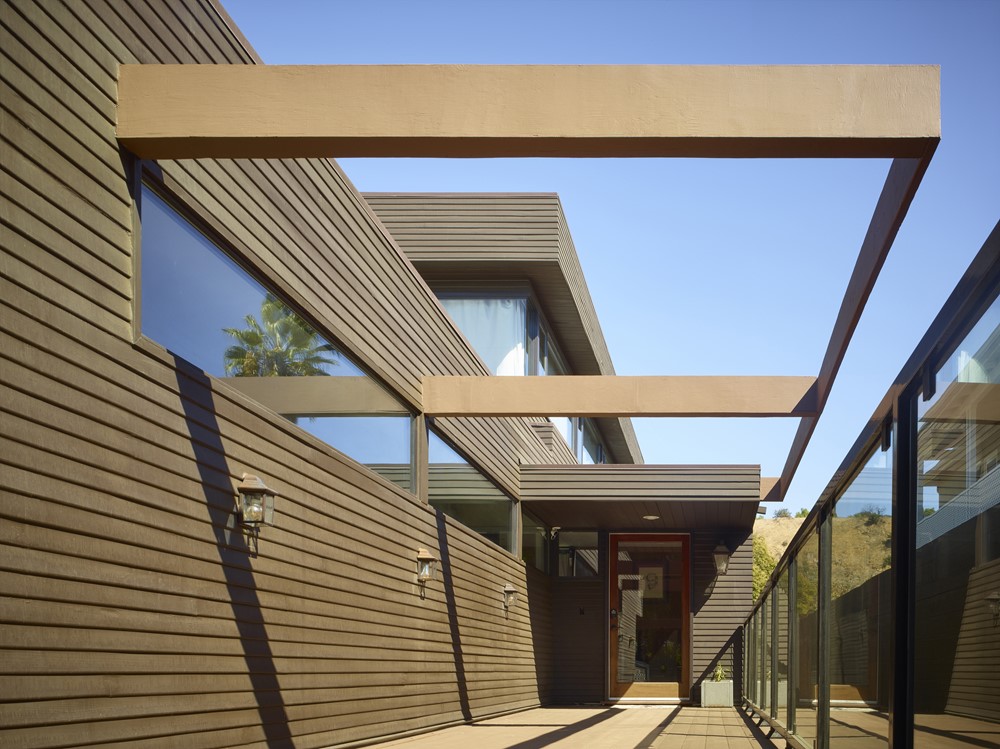 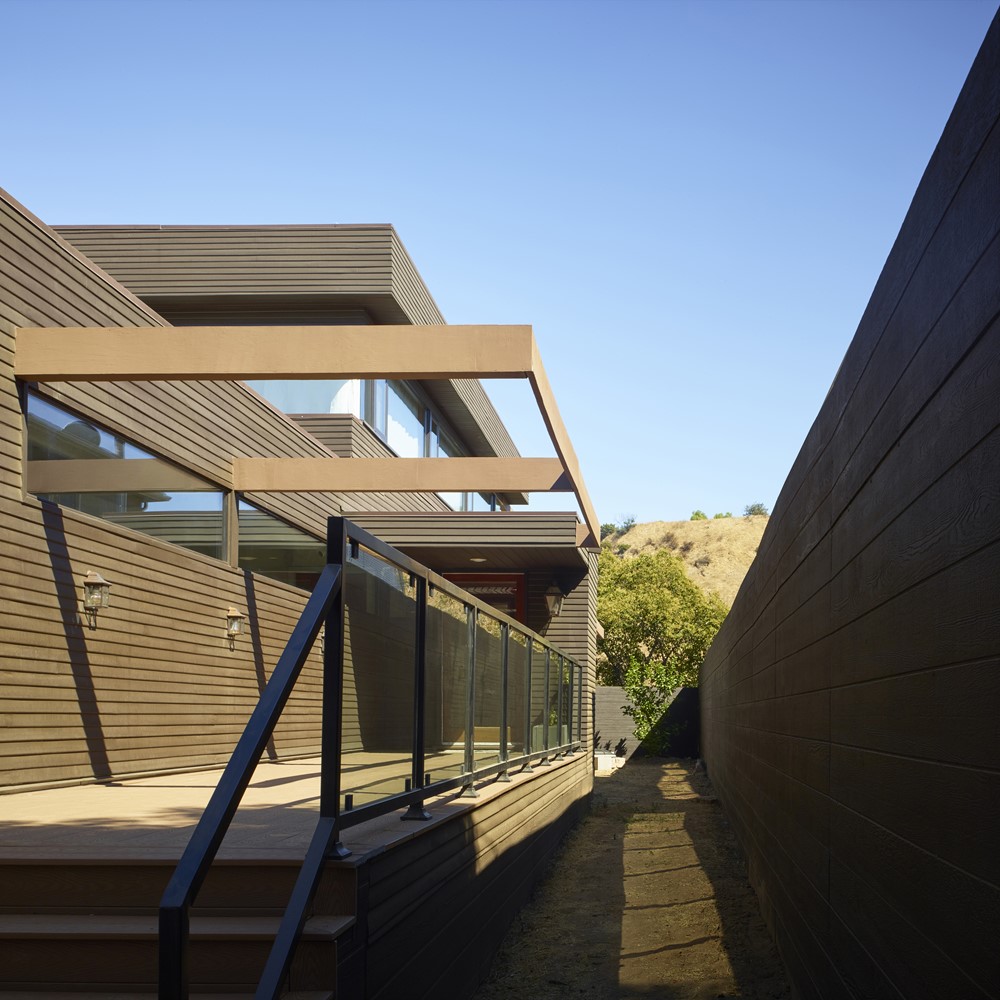 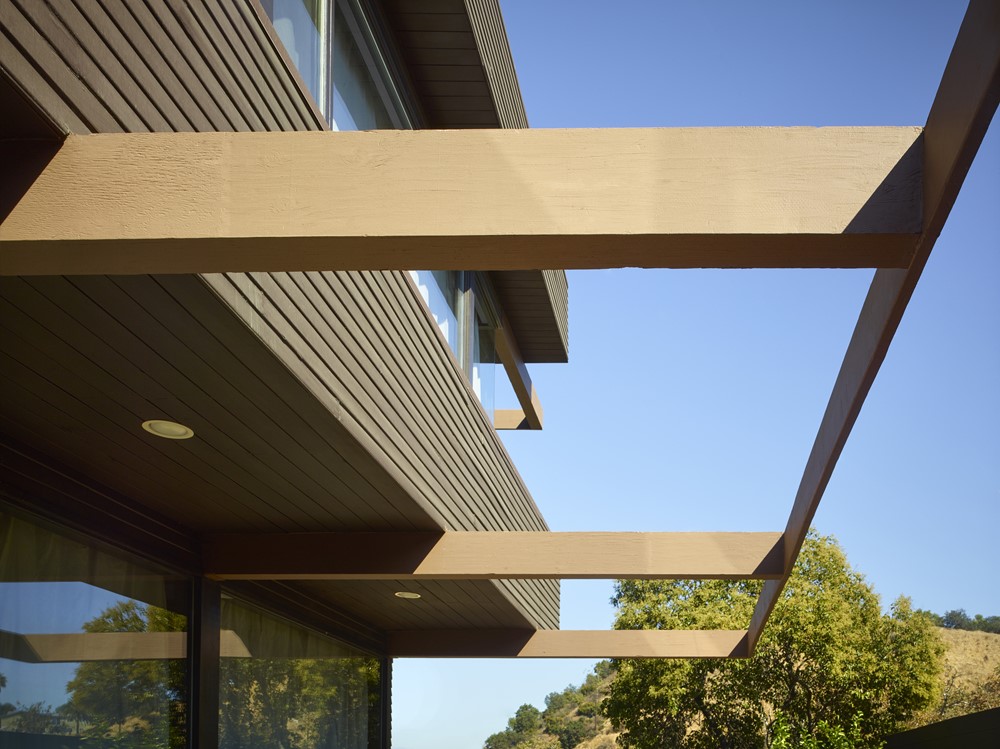 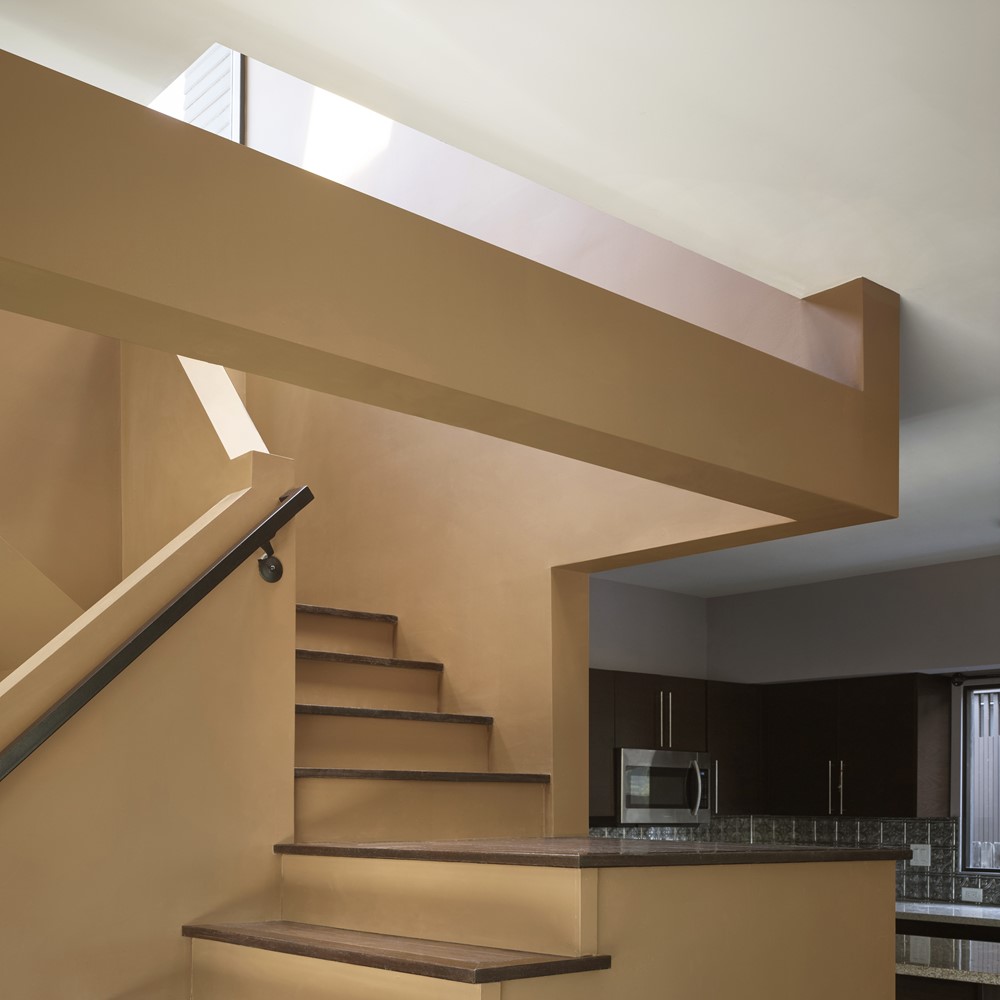 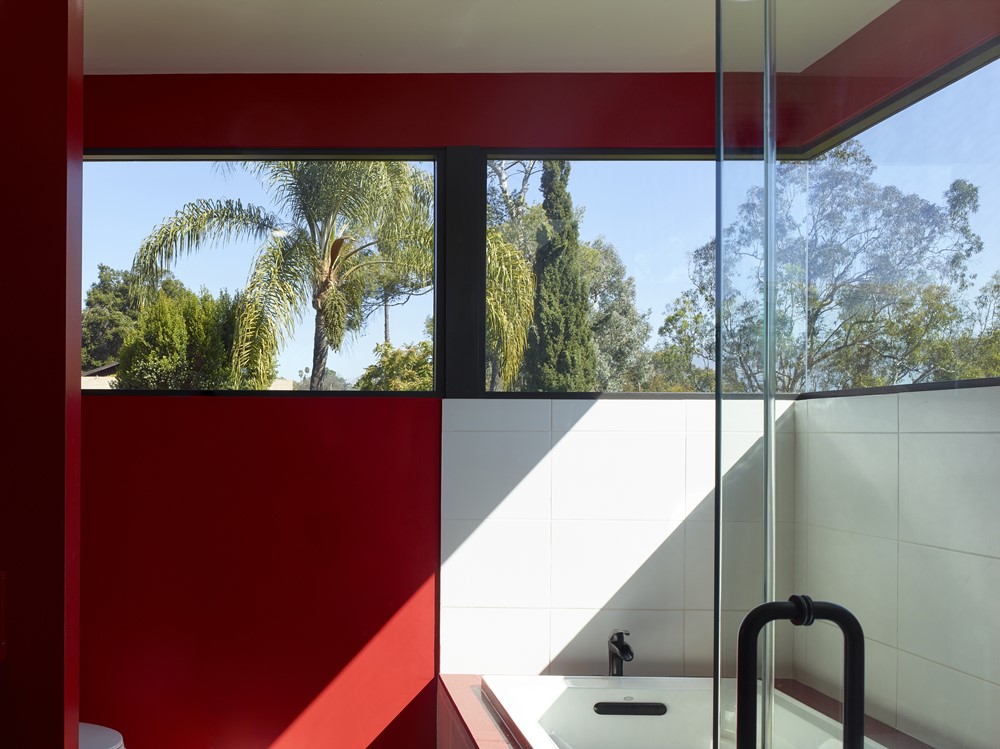 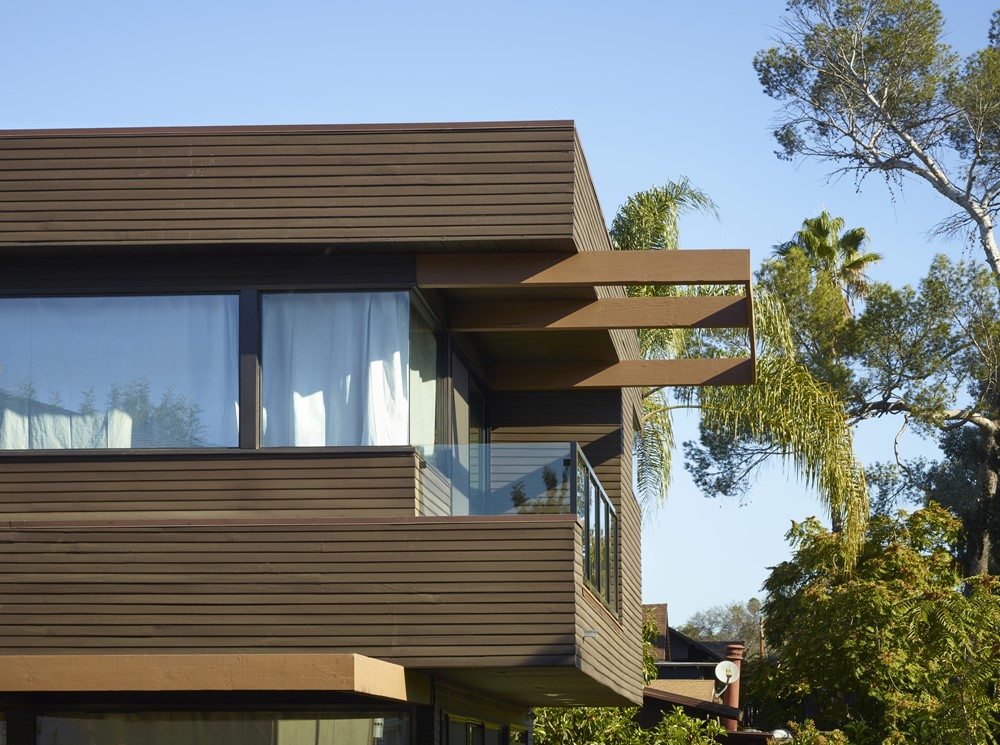 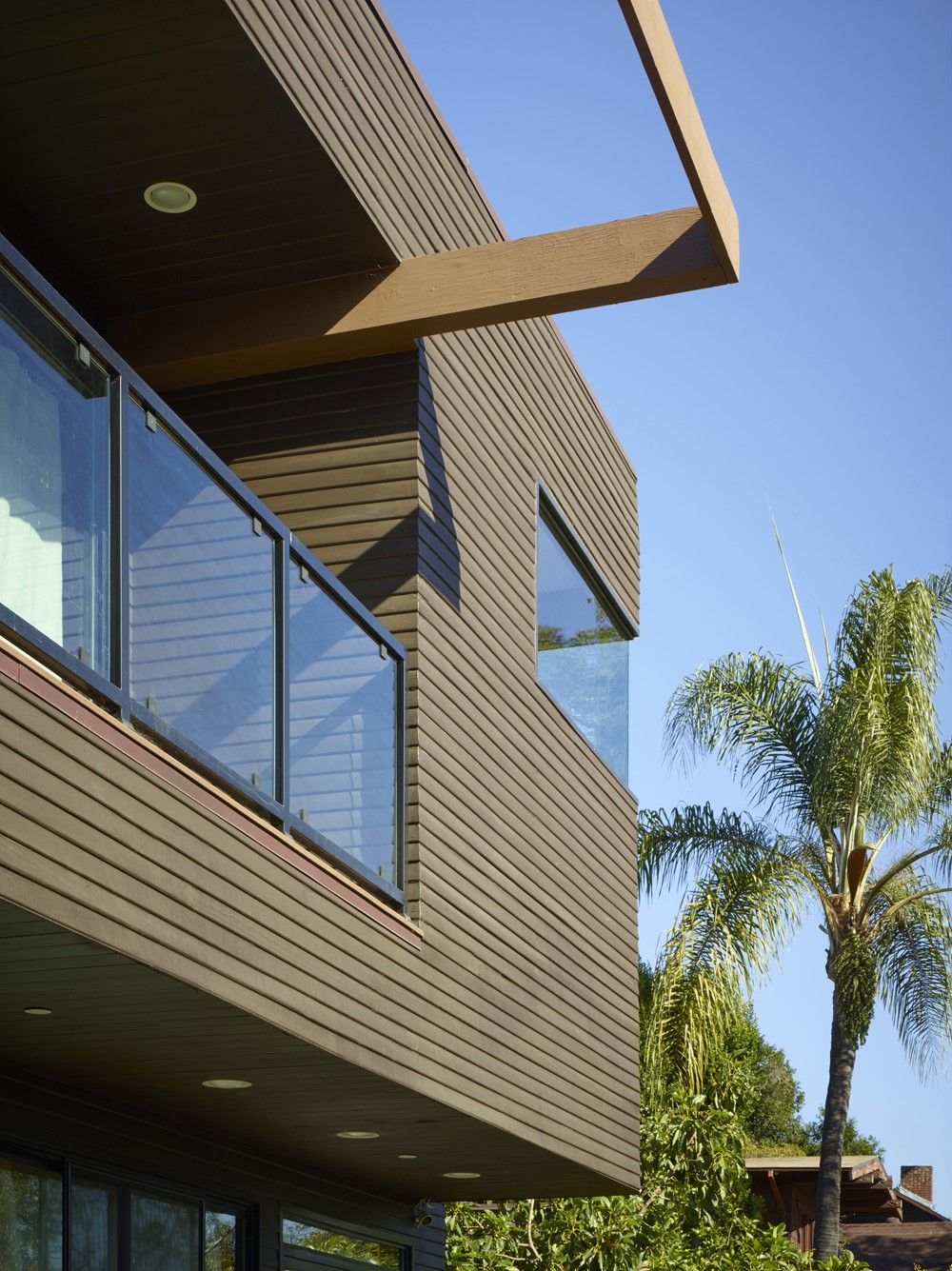 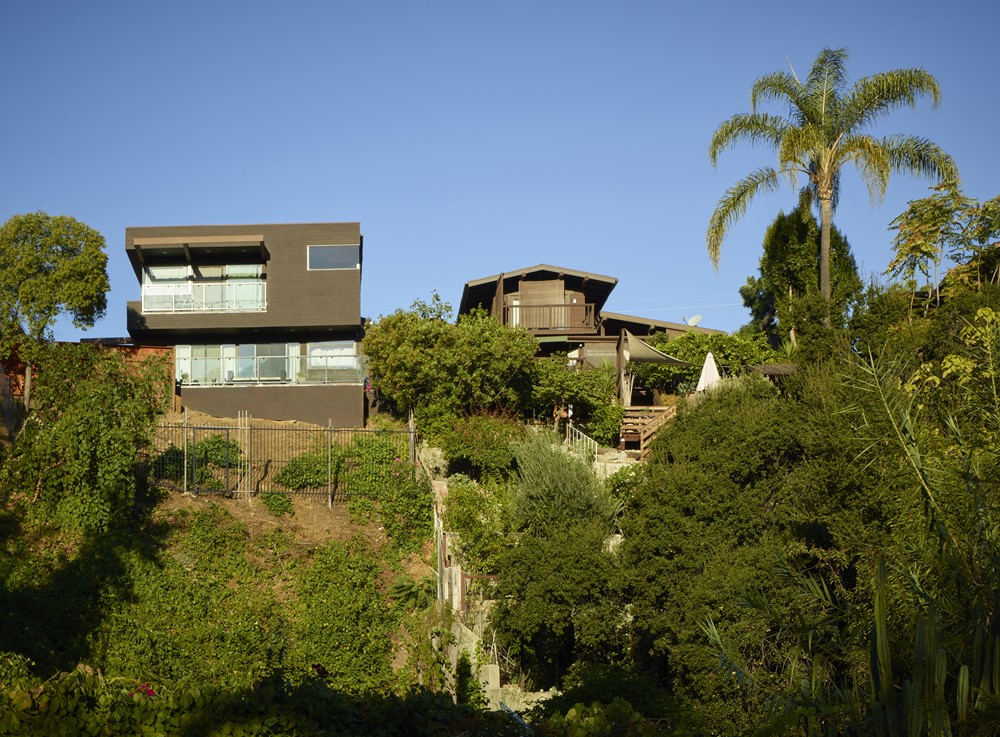 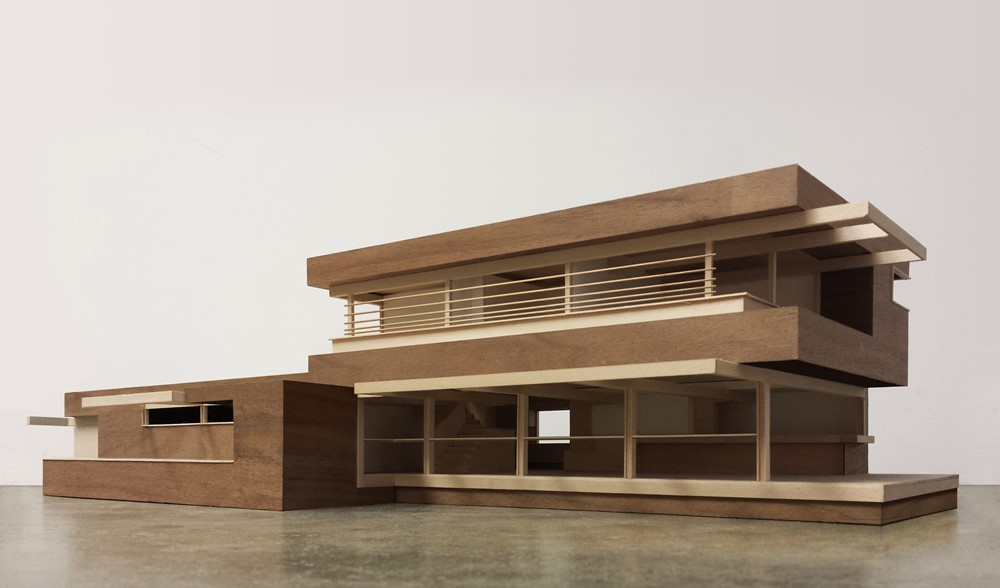 The design takes cues from the neighboring historic architecture, comprised of a row of historic Airplane Bungalows. From the street, the massing and materiality of the new house appears similar to these neighboring structures. The second story of the house is stepped-back, and the new shiplap siding is painted in a similar brown color. References to mid-century modern architecture become apparent, specifically of the nearby work of Buff & Hensman (best known for their Case Study Houses).
A post & beam system organizes the primary spaces. Its light tan color differentiates it from the colors of the exterior cladding and interior spaces. In its original context, post & beam architecture implied a continuity of space; beams seamlessly passed from interior to exterior in one homogeneous, continuous flow. Here, the beams transition two very different spaces. Emerging from the depths of a private domesticity, they reach out past the building envelope, framing spaces of light, air, and sky.