THE BOOKCASE is a project designed by Nook Architects, covers an area of 273 m2 apartment + 68 m2 terrace and is located in Barcelona, Spain. 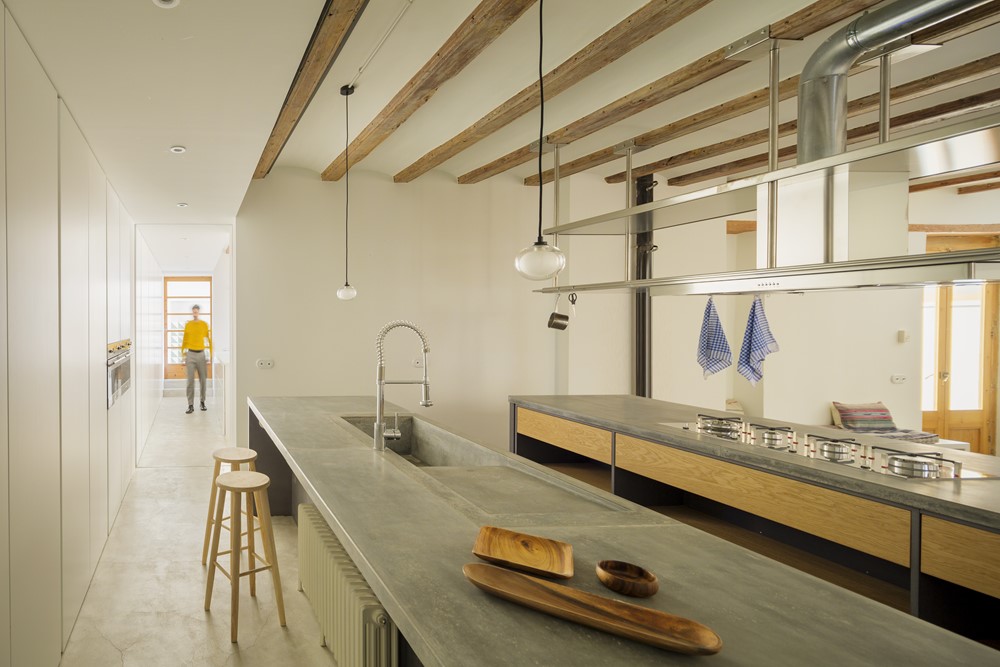 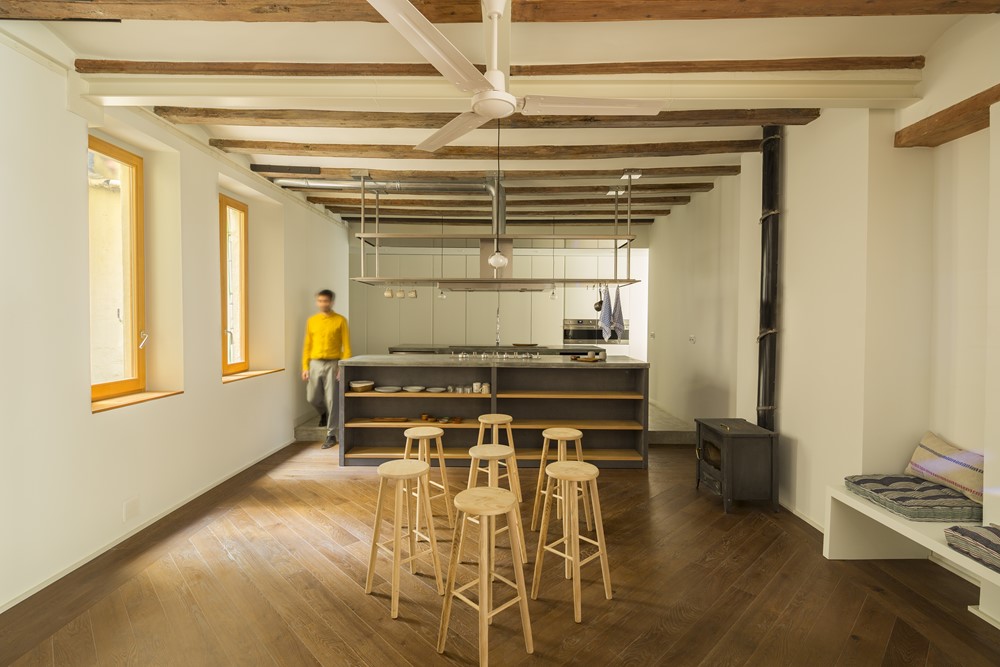 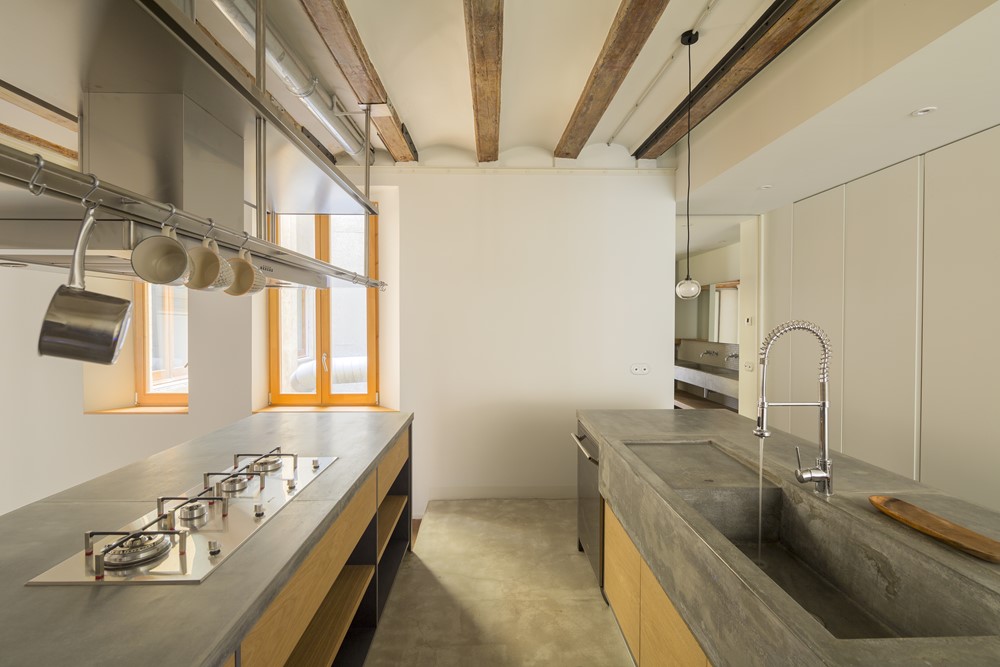 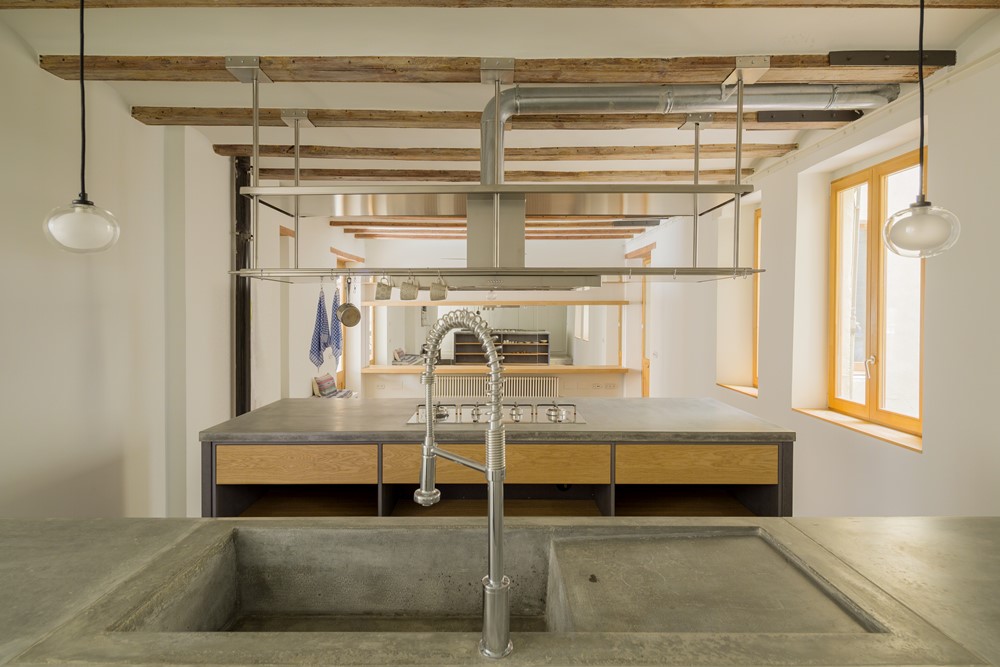 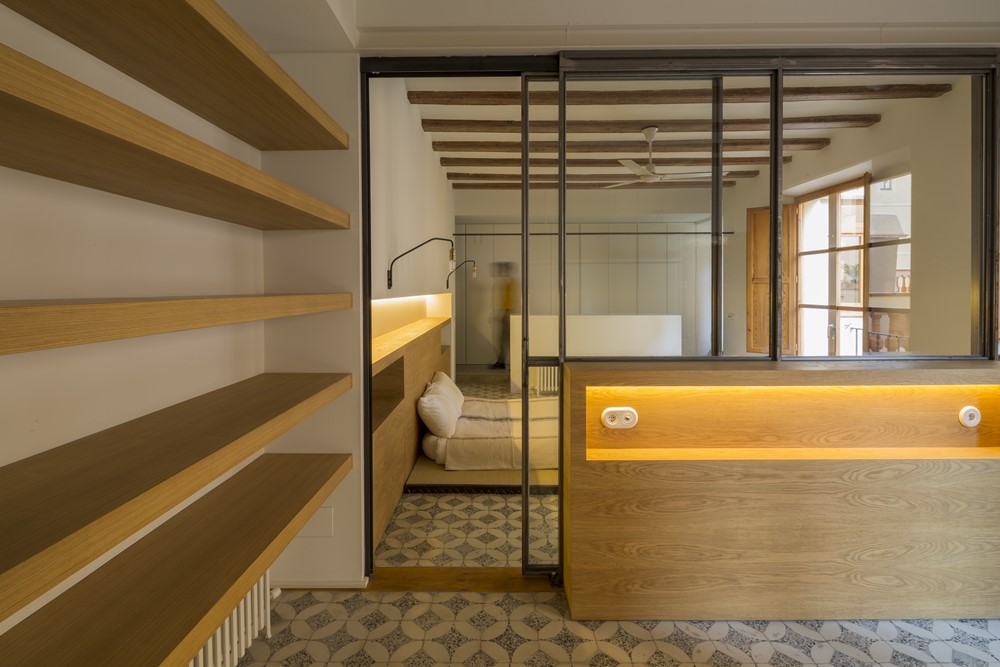 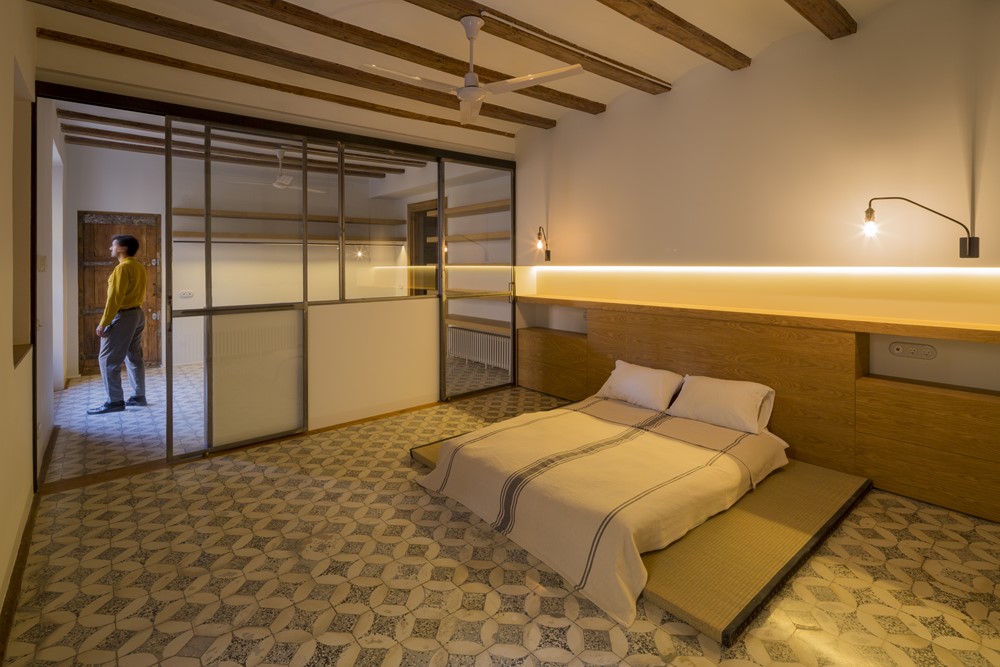 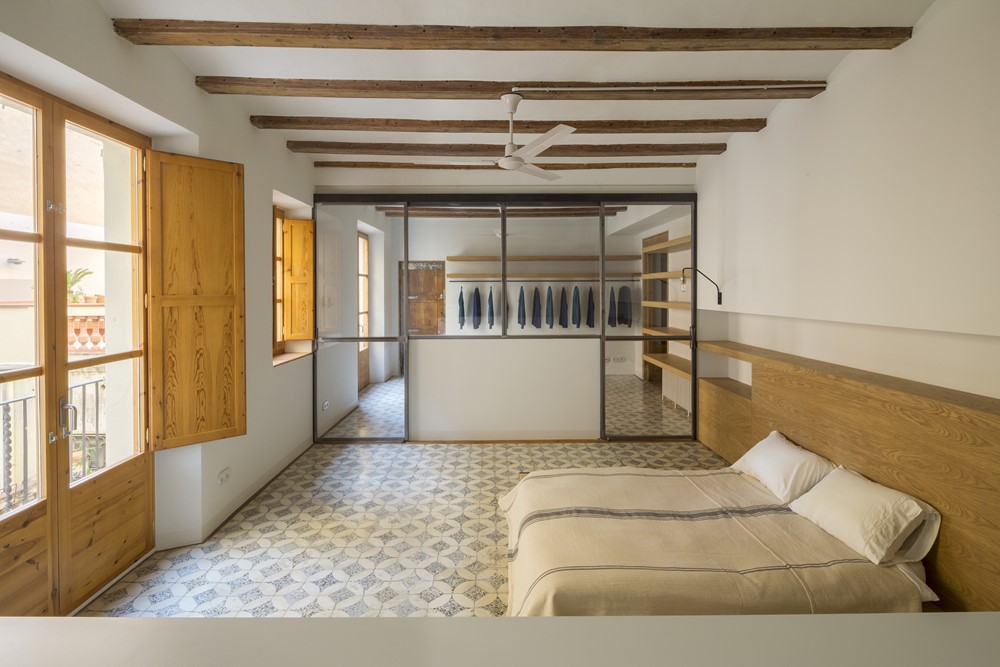 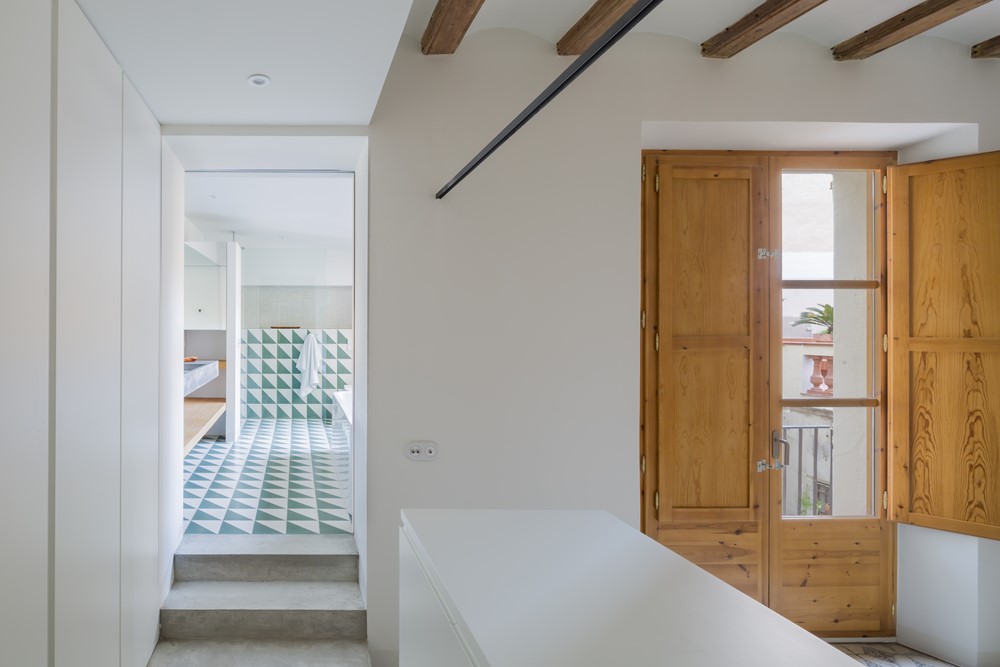 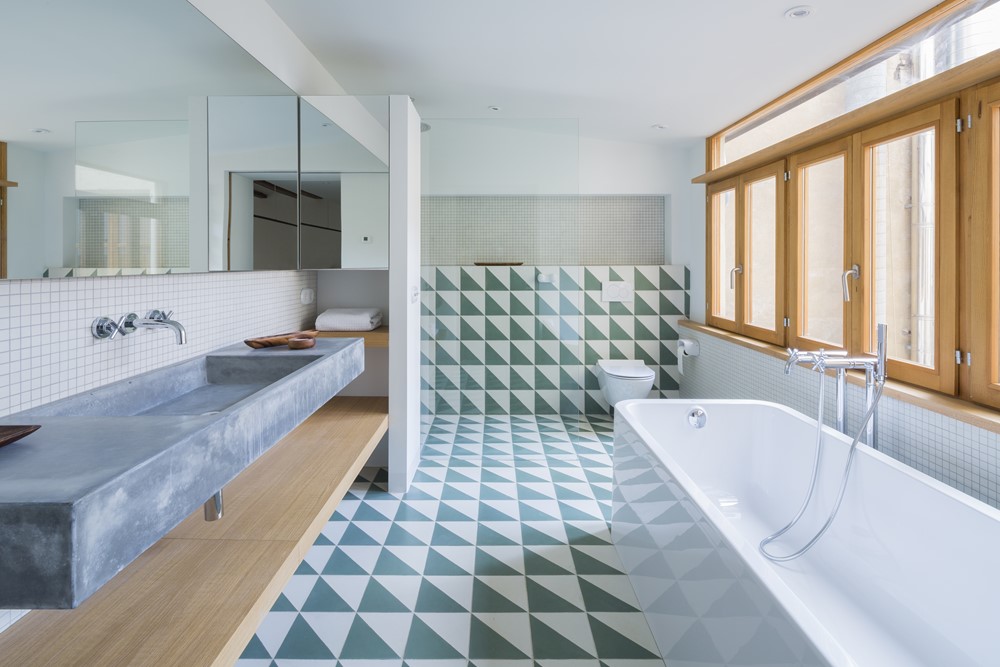 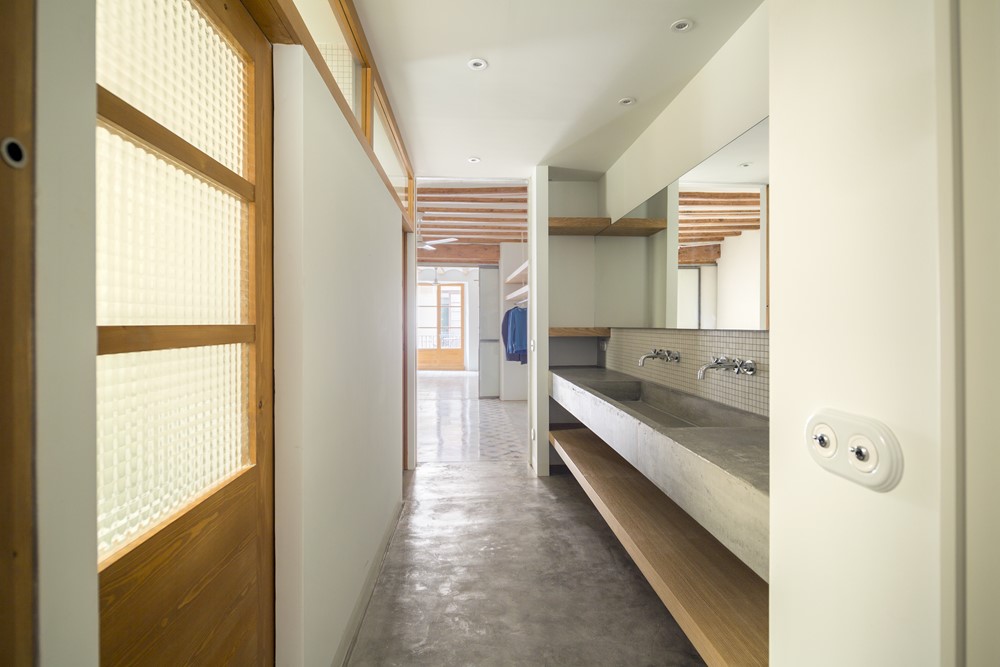 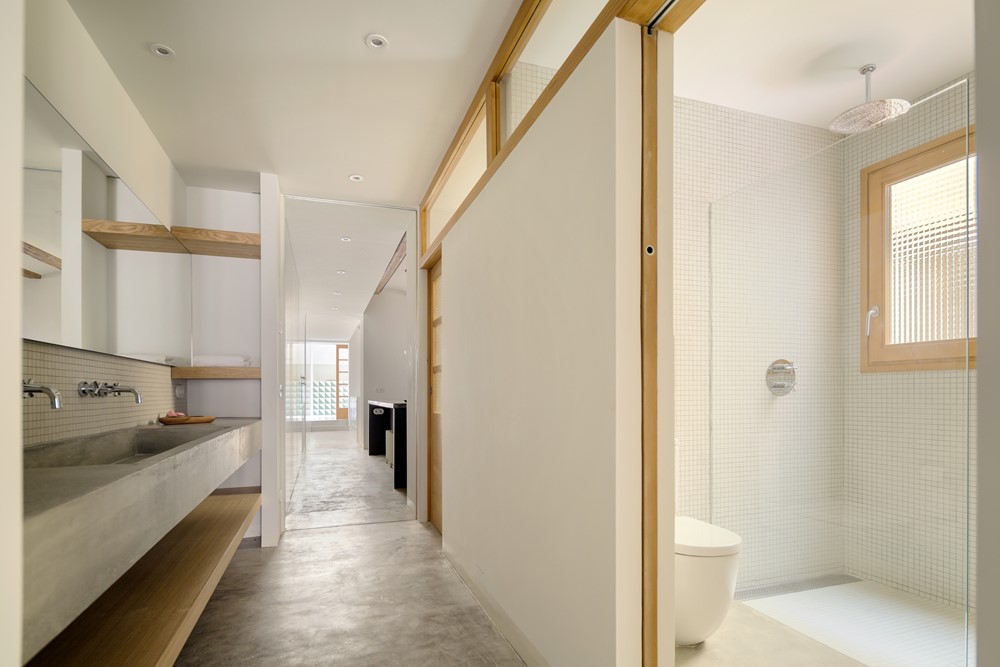 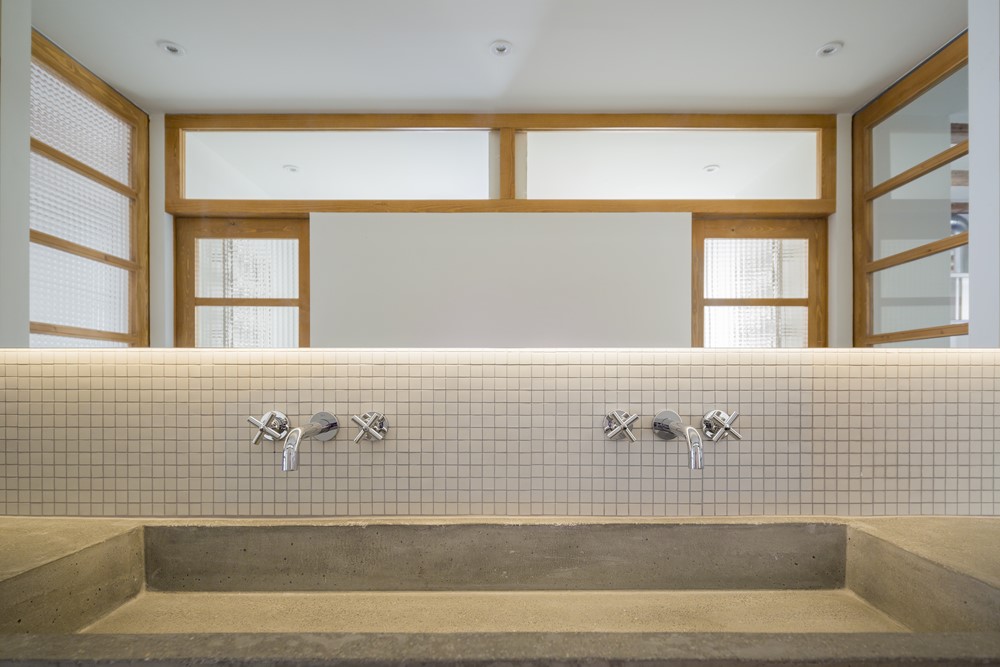 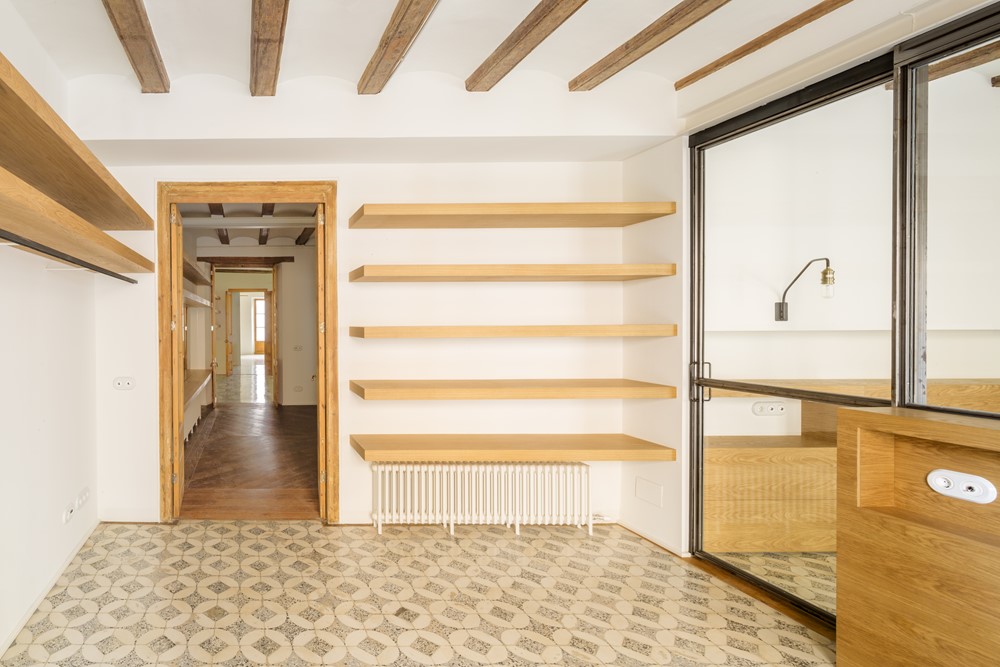 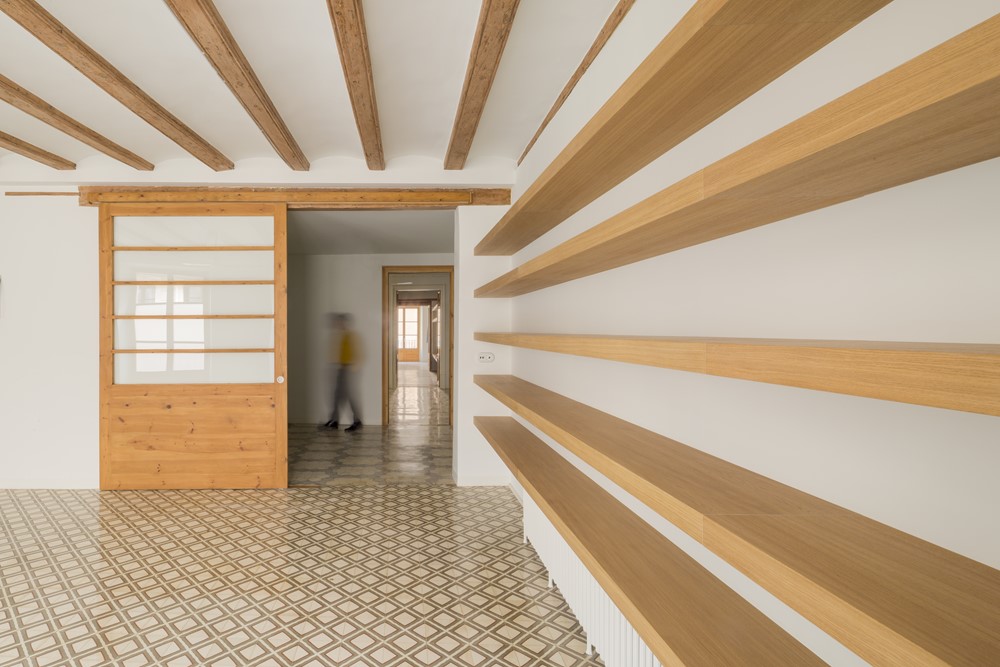 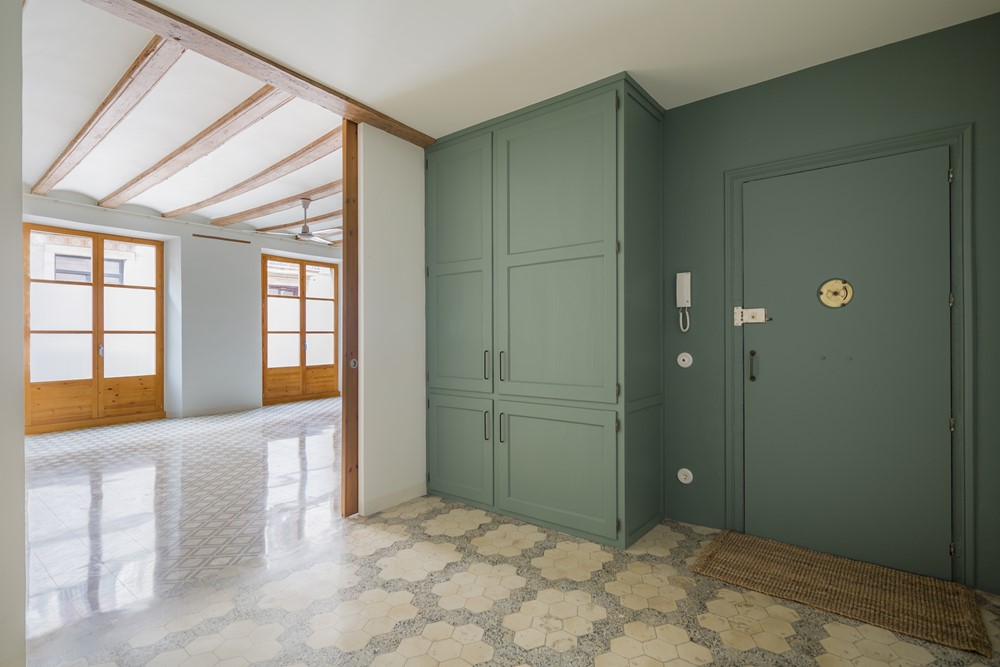 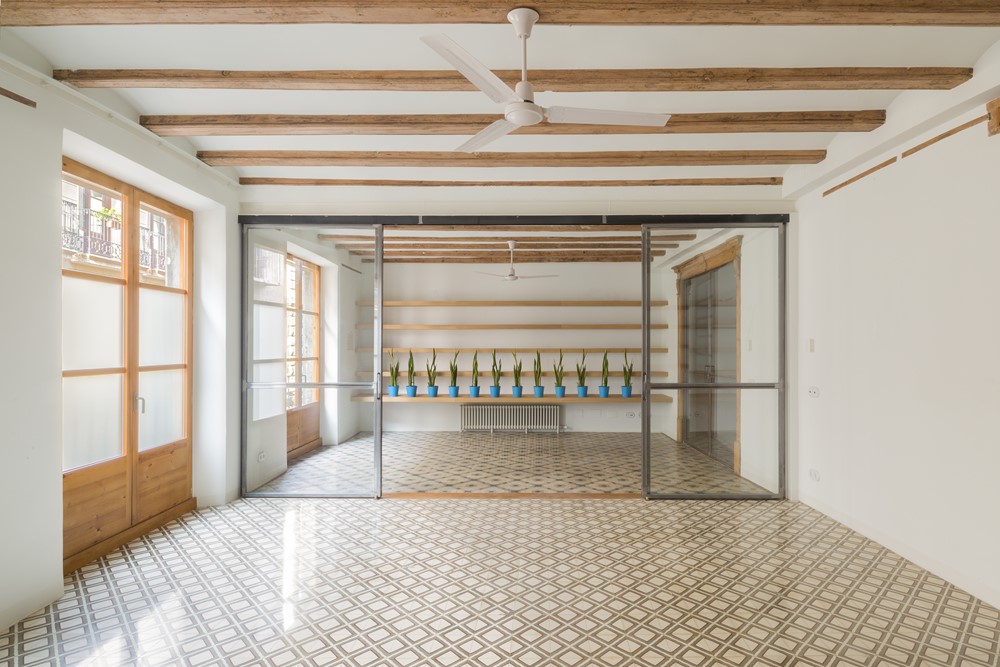 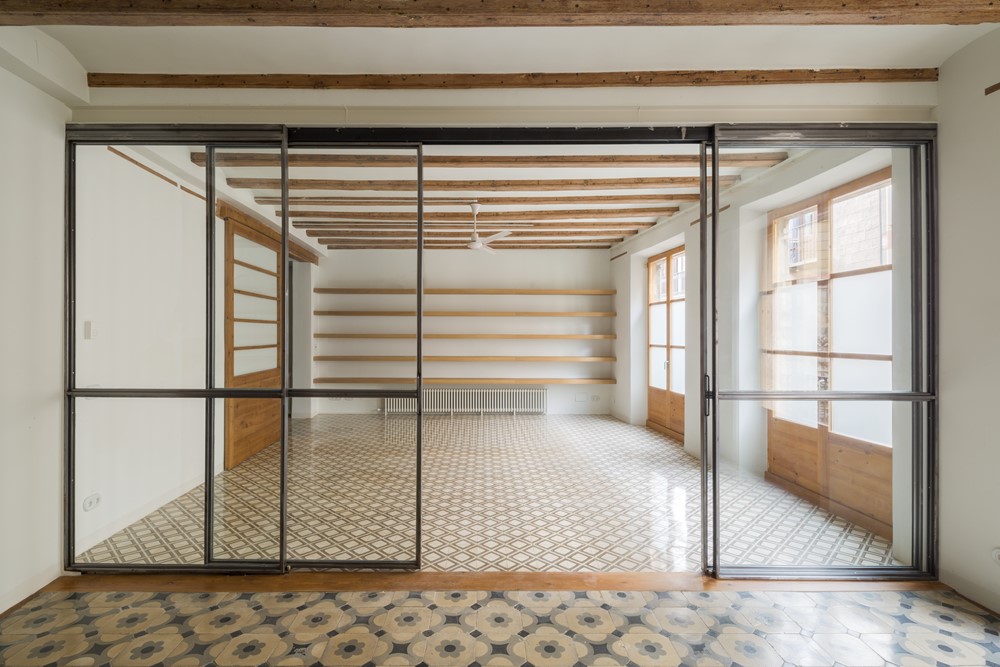 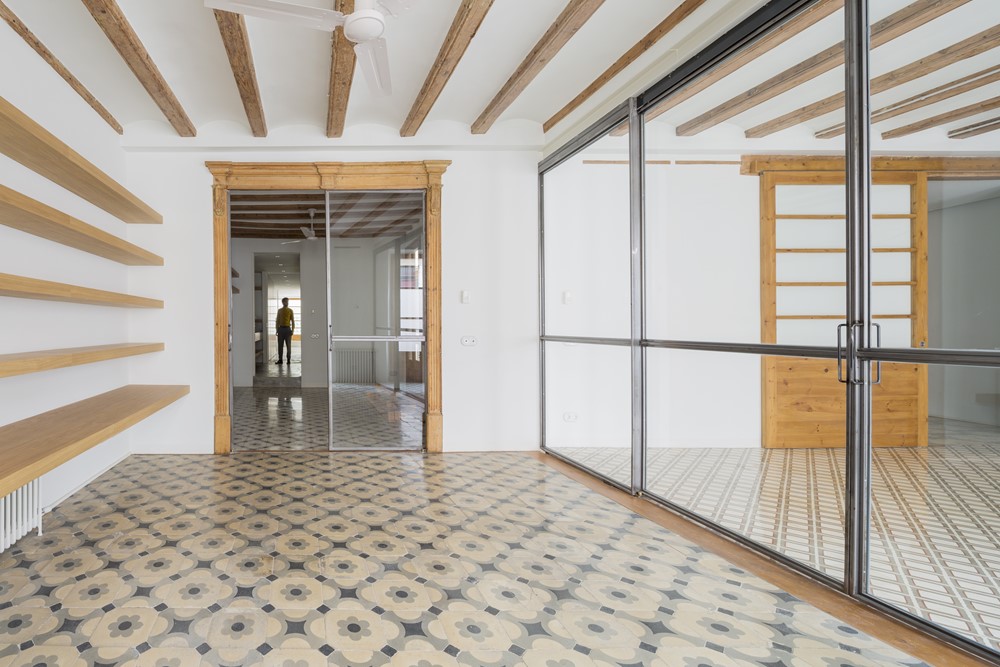 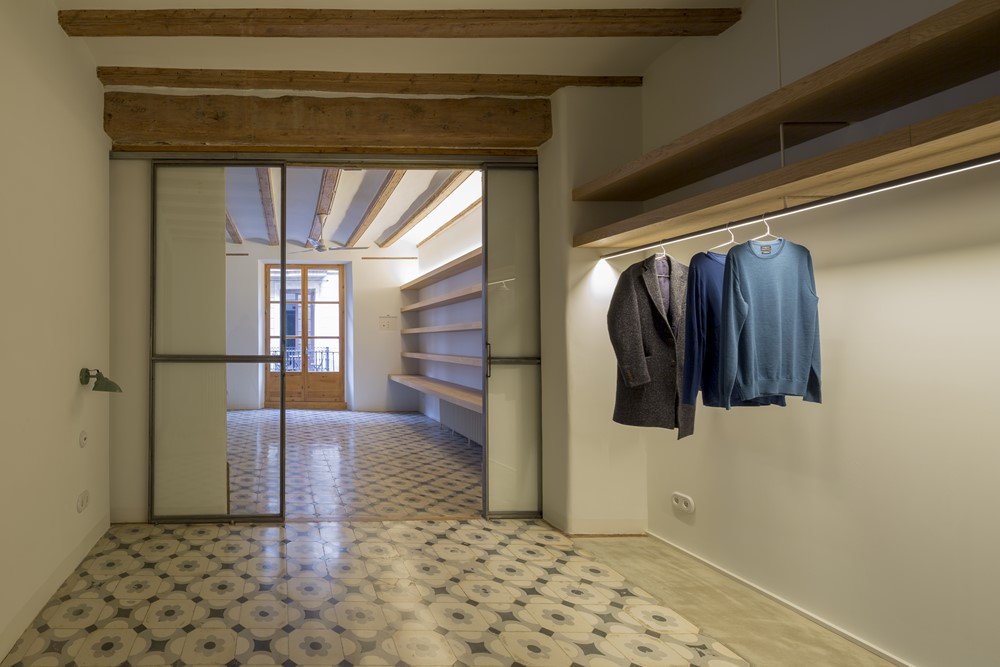 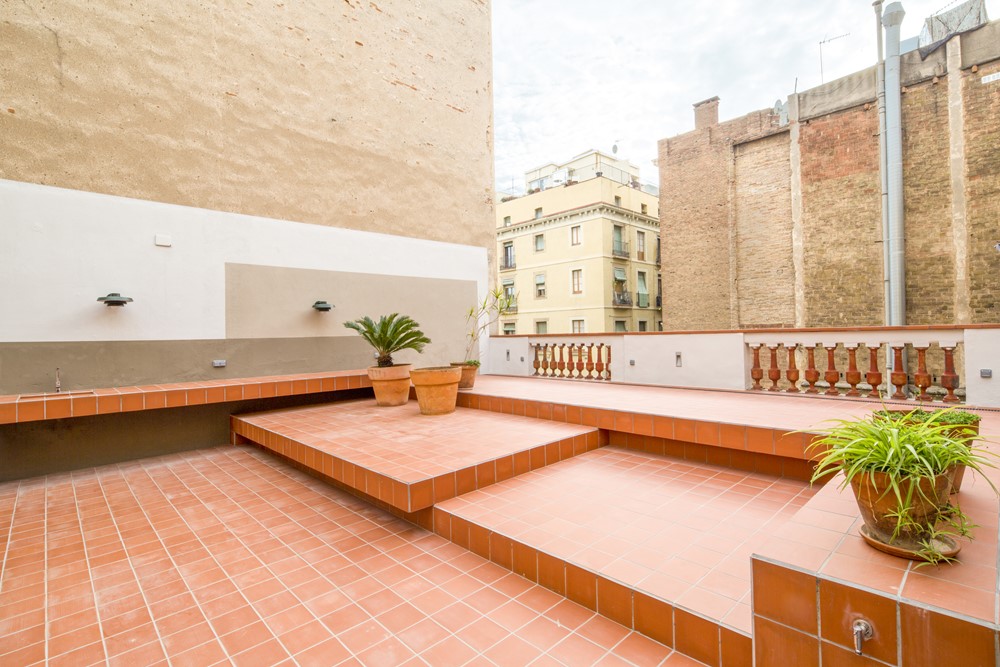 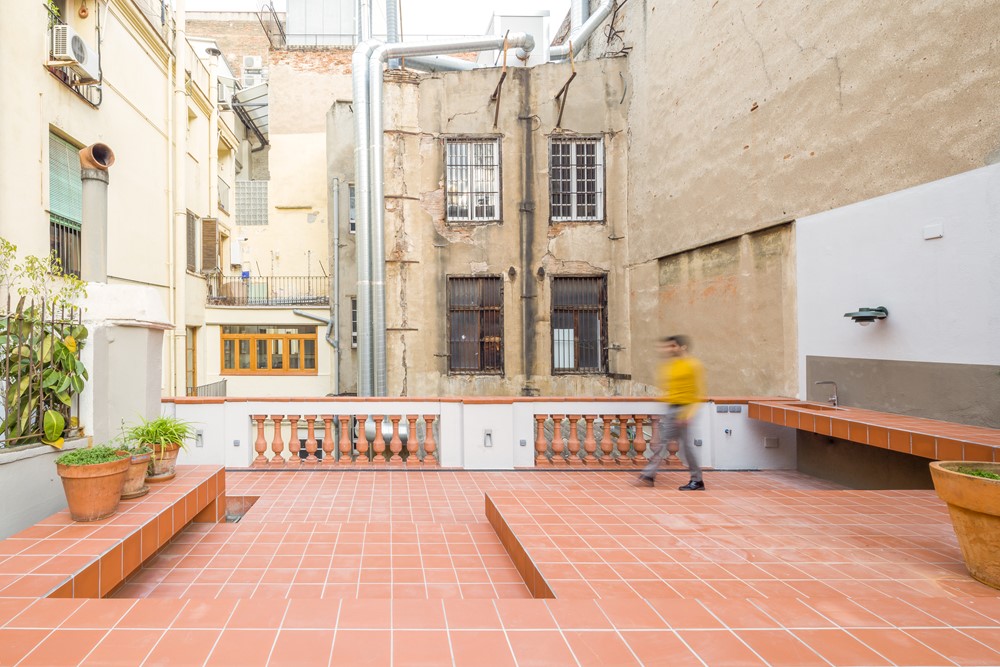 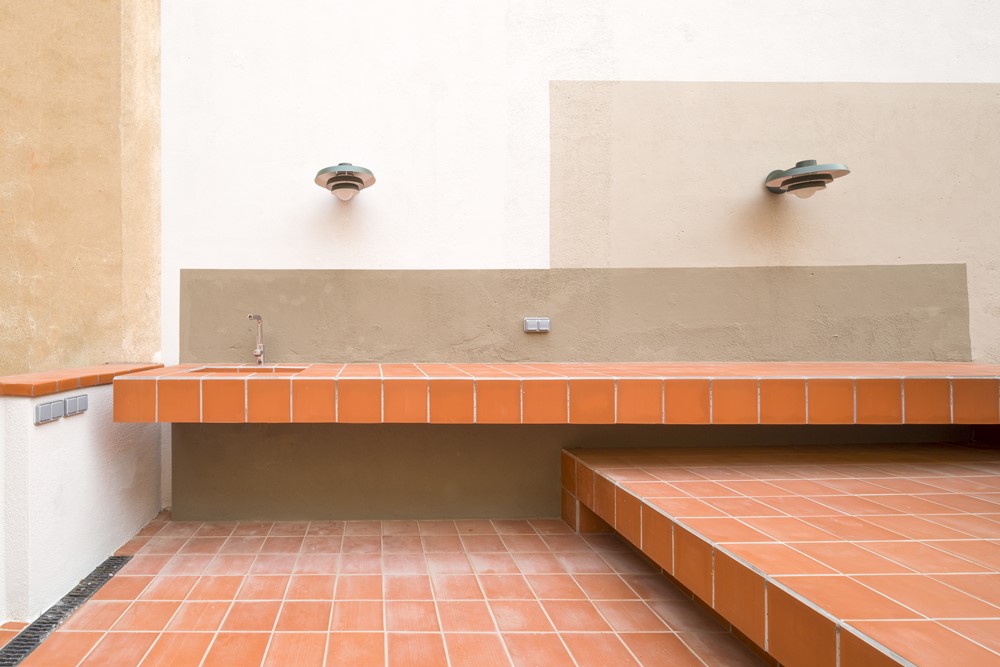 The apartment, located in a building in Raval, just a few metres from La Rambla, is an achievement of space. As you walk in, it opens up from the main façade to the rear terrace, which looks over the Boqueria market. Initially, we were surprised to see that the apartment occupied the entire floor of the building, with a contrast of large and small obsolete spaces and proportionally limited connection to the enormous, uneven terrace.
From the very beginning, one of the most interesting premises we established with the client was that this would be her home. As a translator and writer, she wanted to get away from the typical functionality of a conventional house and was looking for a flexible use of space. This large, initially chaotic area needed to become a personal haven, a work space, as well as a place to host friends and family, without overly defining areas or assigning them exclusive functions.
With this strong focus on versatility, she wanted the uses of different rooms to be interchangeable so as not to create any sort of spatial hierarchy. The kitchen would be central, as the hub of activity and a link to other areas in the apartment. Another important feature from the beginning of the project was the shelving, thanks to which the apartment would become a sizeable library, while retaining the feel of an urban refuge in the centre of Barcelona.

We approached the project starting with the four corridors, which divide the apartment and run parallel to the façades. It was important to retain the considerable sense of space but, at the same time, the rooms needed to be flexible enough to allow for a variety of simultaneous uses. With this in mind, we opted for a form of room division that is light-weight, transparent and practical. As a result, areas could be isolated from one another, yet remain visible.
Similarly, we decided to remove the smaller passageways in order to prioritize the work spaces, located along the central and interior corridors. The kitchen, bathrooms, laundry and storage rooms are interconnected via the central patio, which facilitates movement throughout the apartment.
We set out the areas closest to the façade so that they could be separated when needed, while still letting light reach the rest of the building. The most private area next to the interior wall became a ‘flat within a flat’, complete with a master bedroom, fully equipped bathroom, dressing room and office space. It is also possible to split the space into two bedrooms, without jeopardizing accessibility from the master bedroom.
We transformed the apartment into one great bookcase, using large wooden shelves to accommodate the client’s collection of more than four thousand books. We integrated the shelving with the existing wooden beams so as to give a sense of linearity and achieve continuity from one side of the room to the other. The same lineal aesthetic was applied to other elements in the apartment, such as the bathrooms, kitchen and clothes storage.
Following a considerable amount of deconstruction, we were able to recover wooden beams and original roofing blocks, as well as tiles and joinery.
Once the building was stripped down, new materials and finishing textures were selected in line with the existing materials. We used concrete for the worktops, the sinks and to complement the flooring; we used wood for the shelving and storage areas; and we used steel for the room dividers and the open clothes storage.
In the terrace, we concentrated on restoring the original elements, such as the balustrades. We also redesigned the layout, creating overlapping sections on different levels, in order to optimise the use of the space. Just as with the building’s interior, the existing ceramic tiles were used.

In this project, following an unconventional brief, we have designed and created a system of interconnecting spaces, which can be adapted to meet the needs of the client. This ensures that areas can take on a multitude of functions at any one time, while retaining the original flow of movement around the central patio.