END THE ROC is aproject designed by Nook Architects in 2017, covers an area of 45 m2 and is located in Barcelona, Spain. 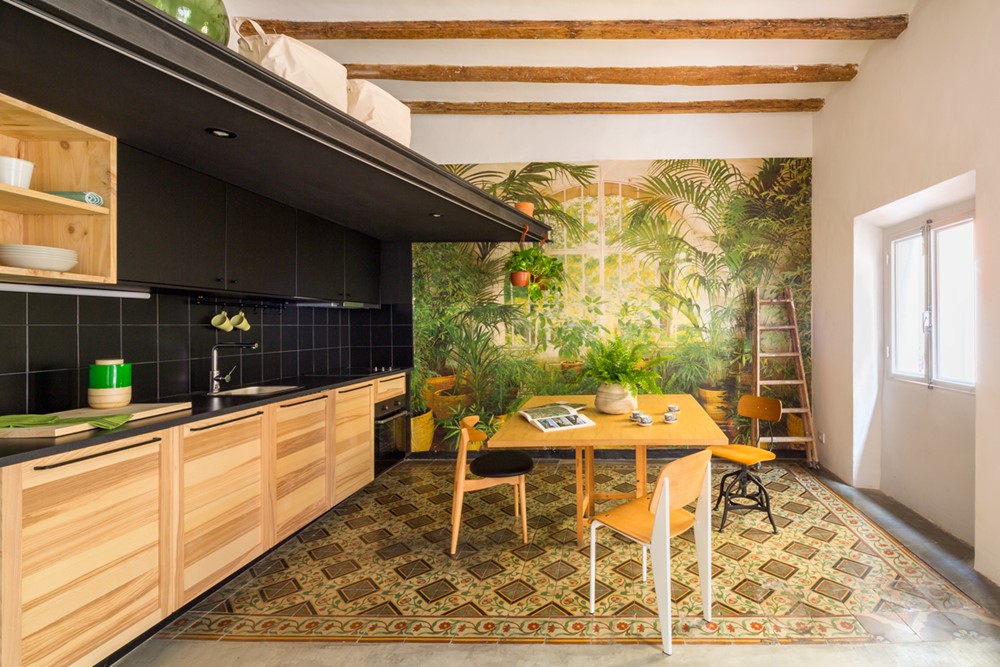 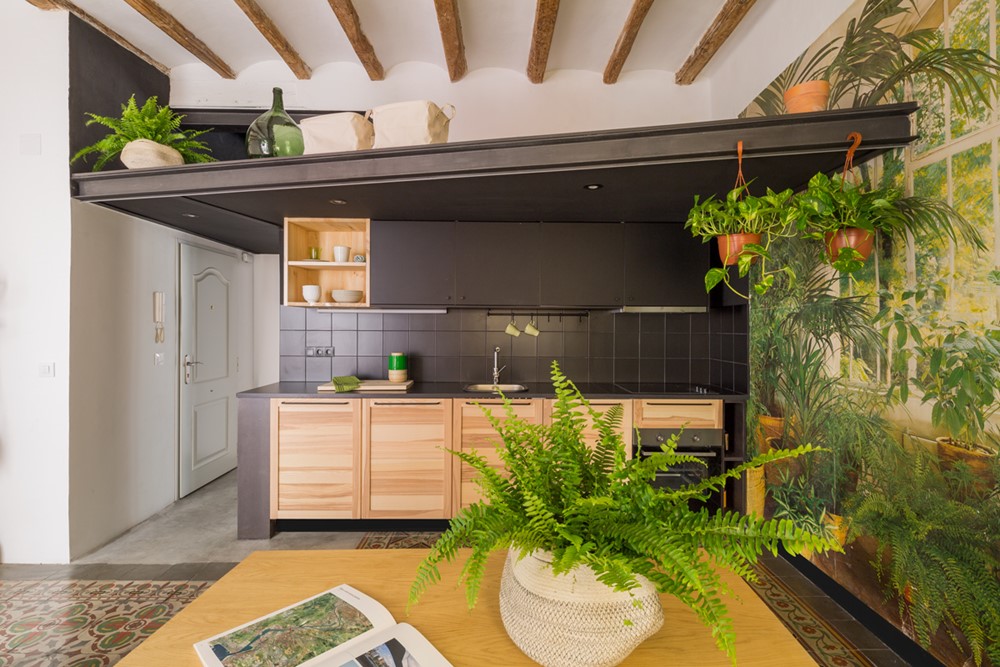 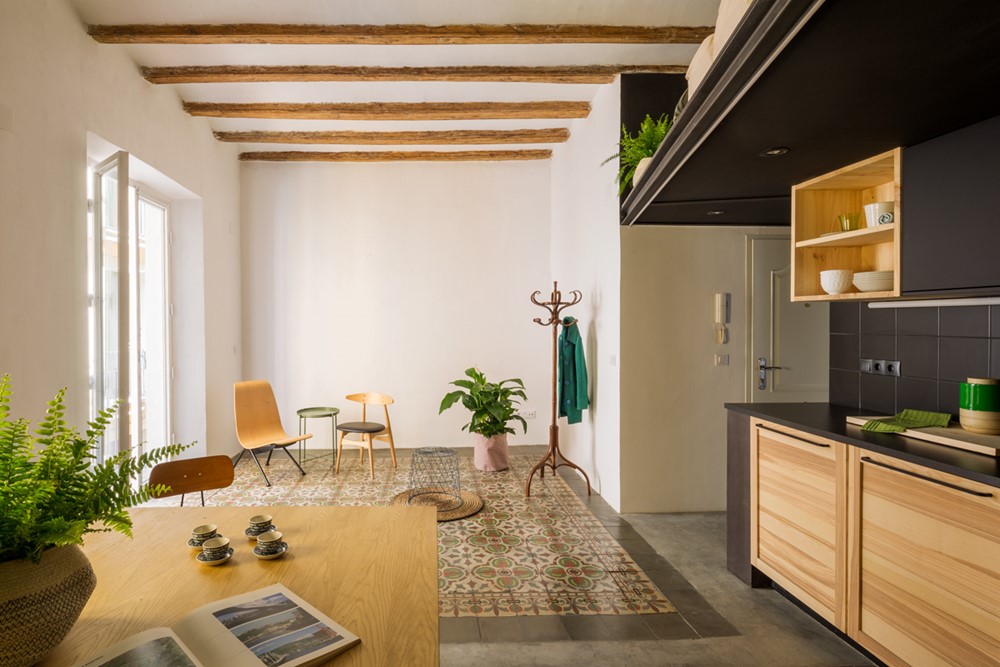 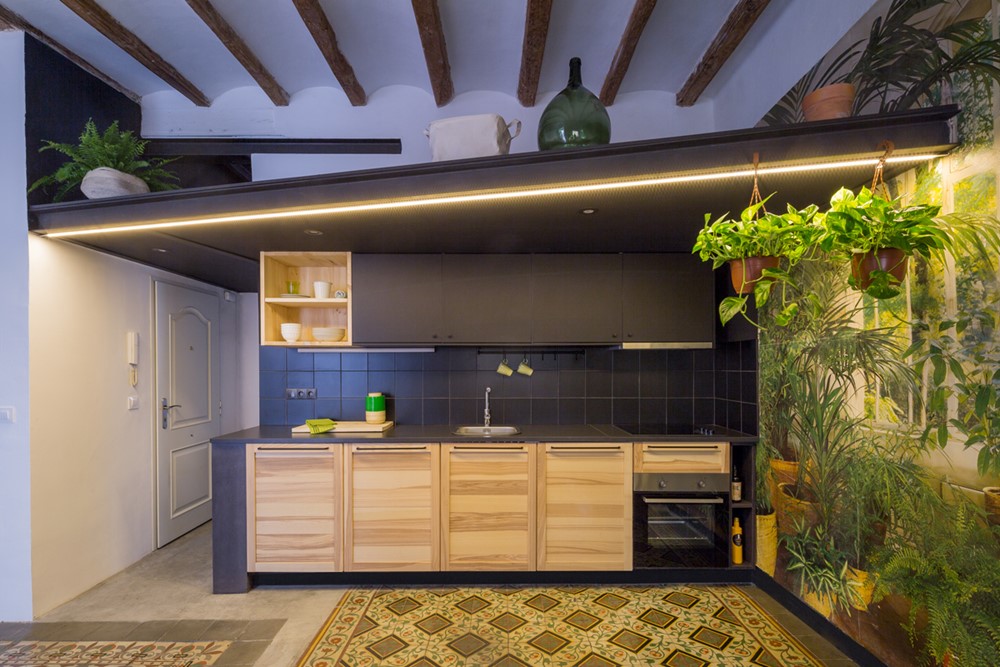 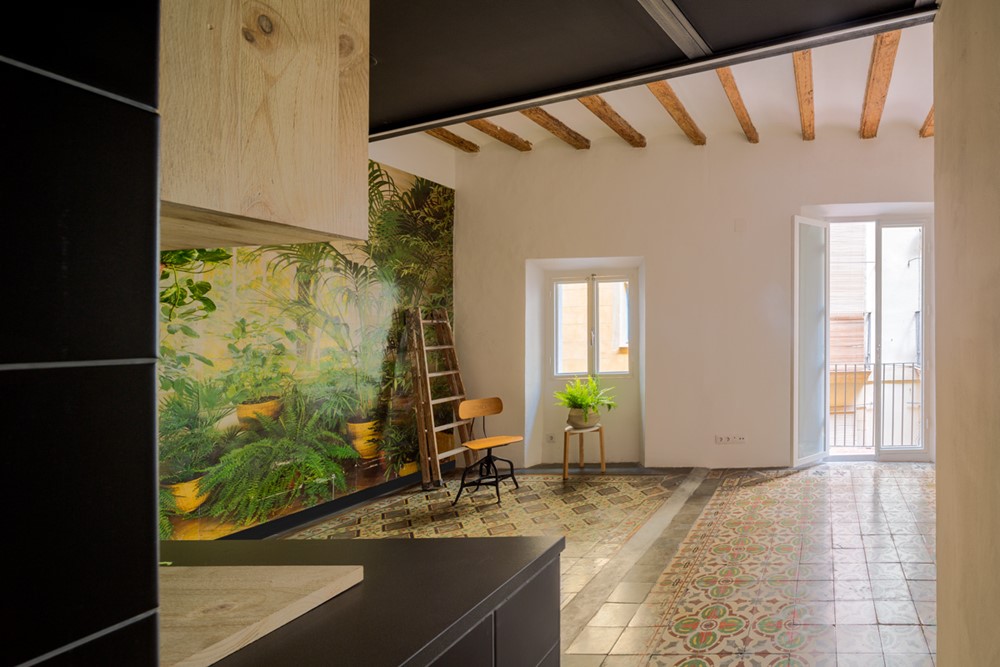 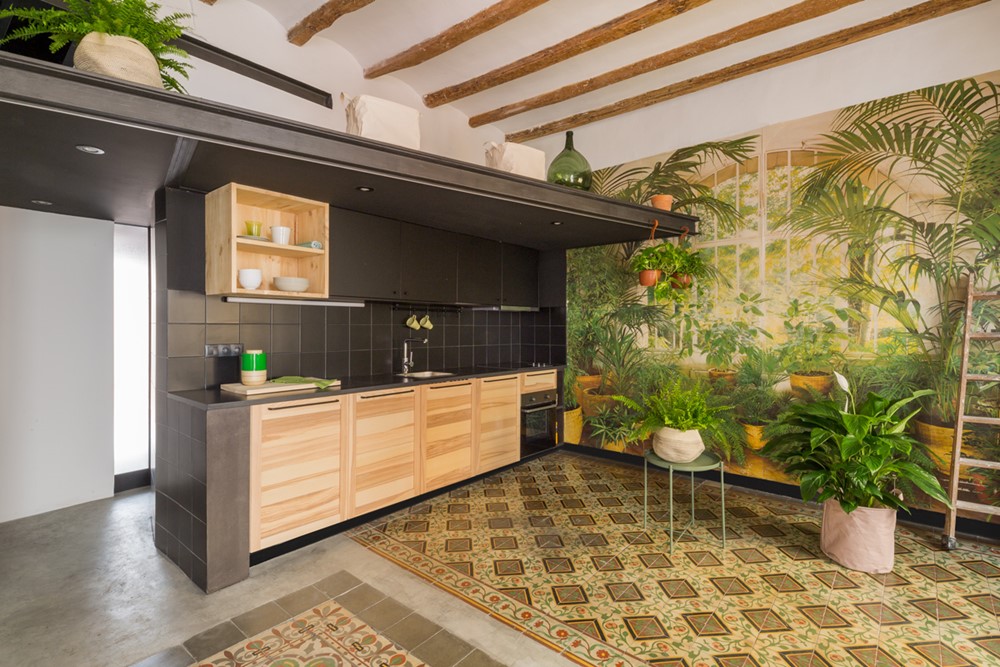 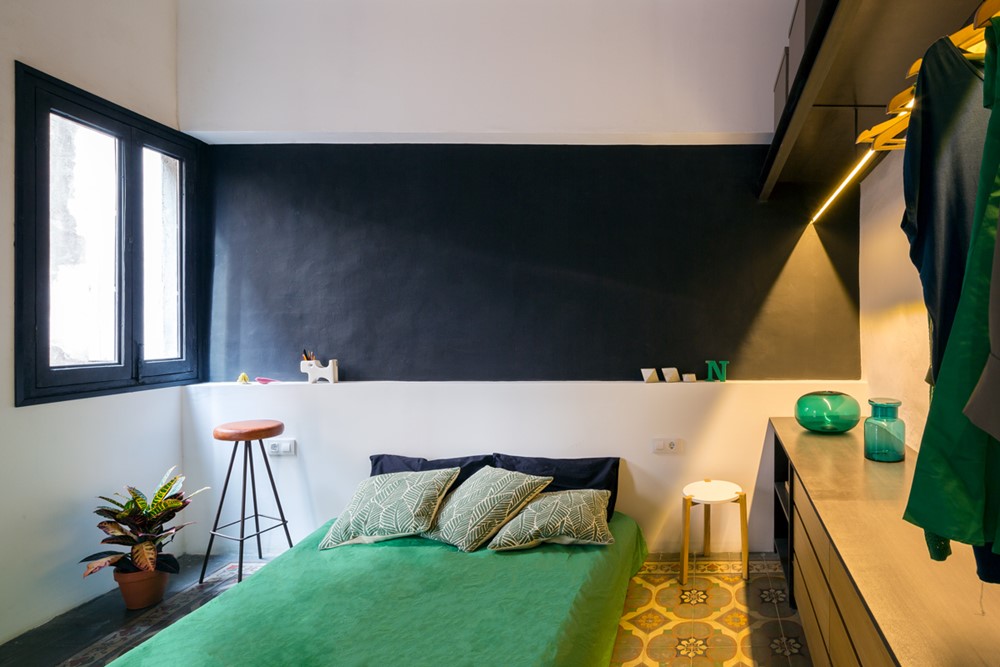 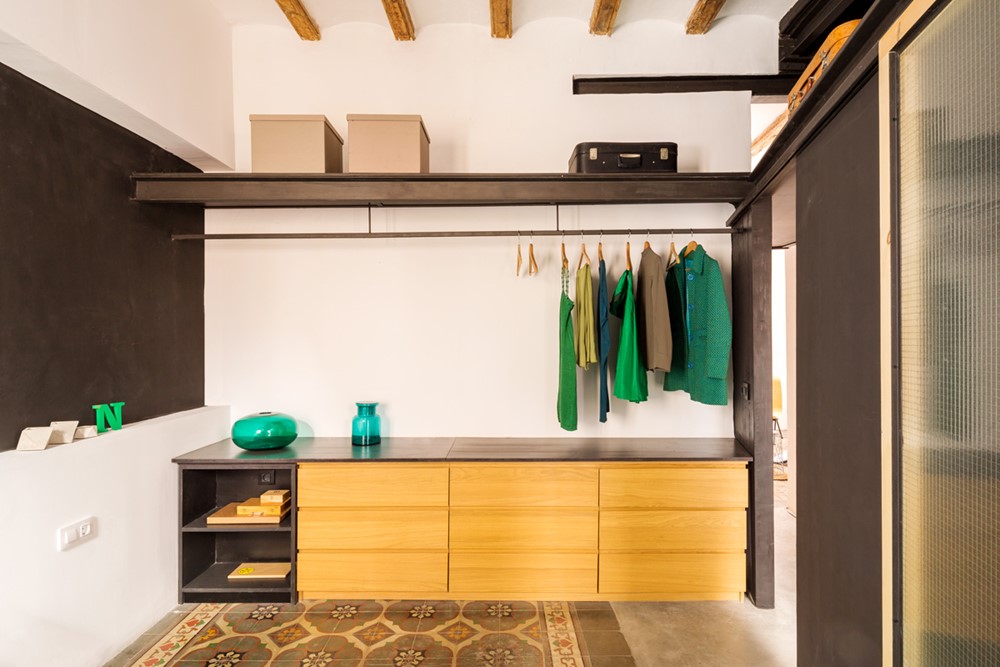 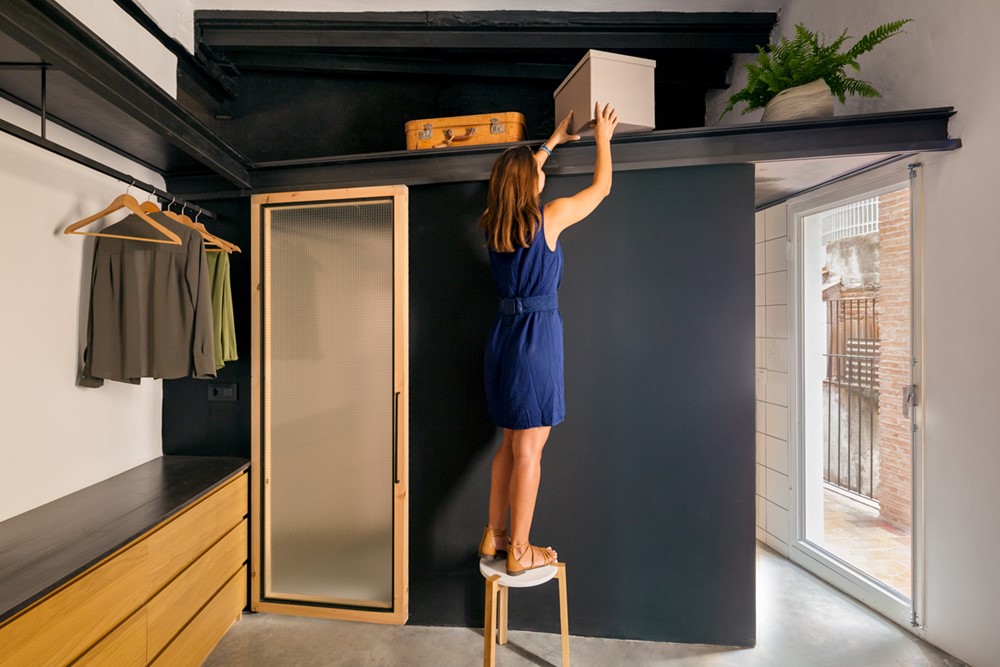 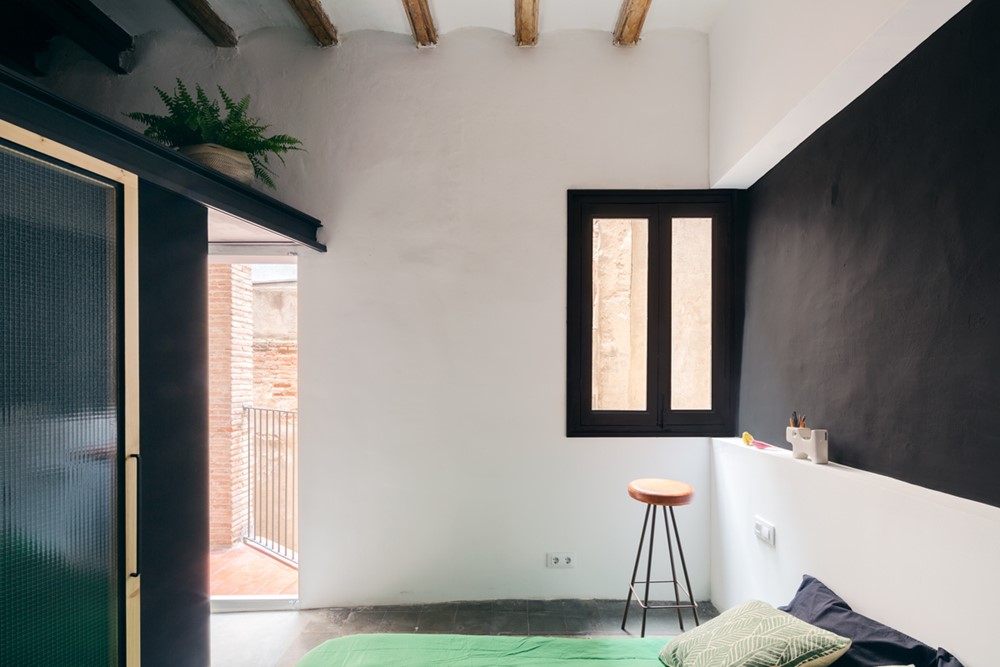 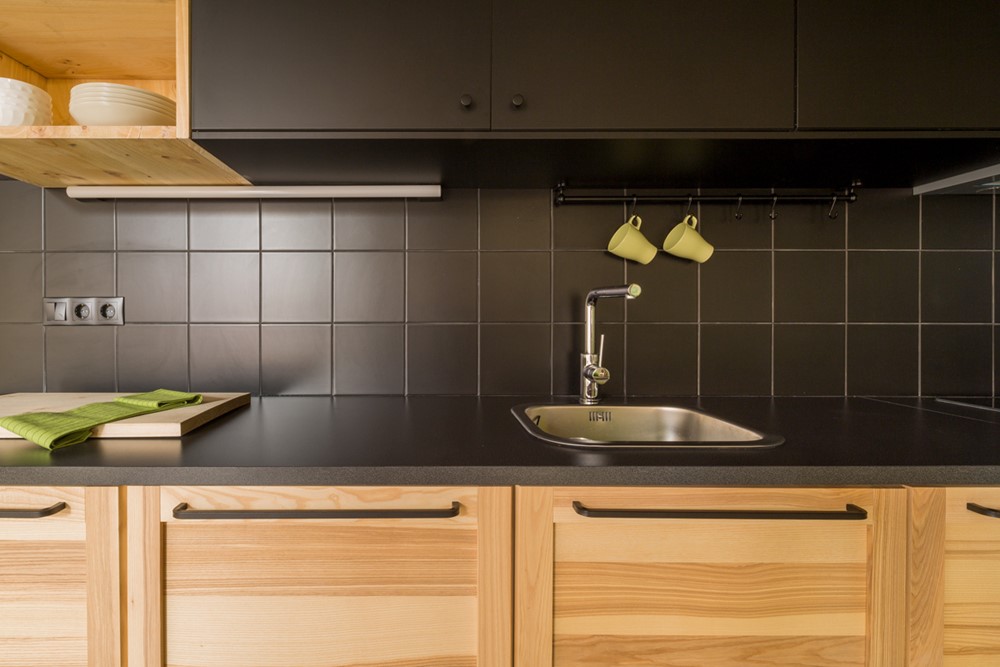 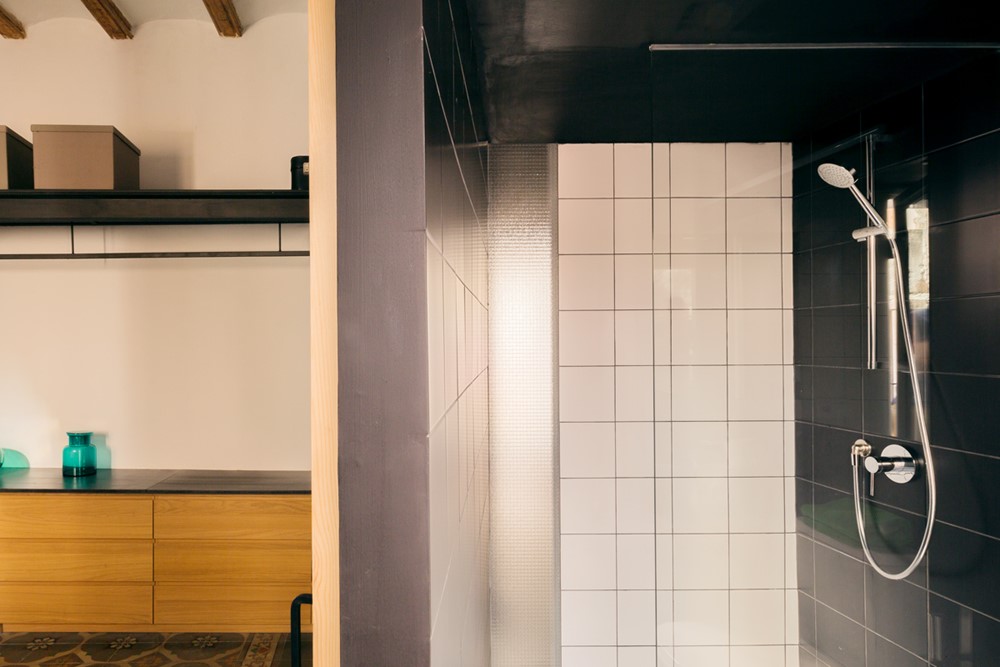 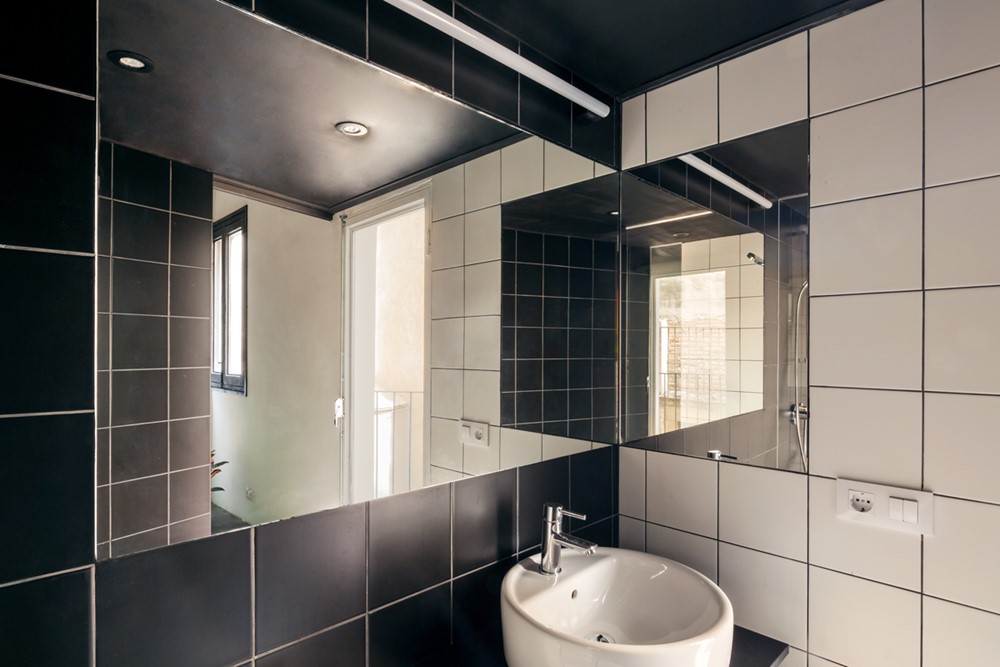 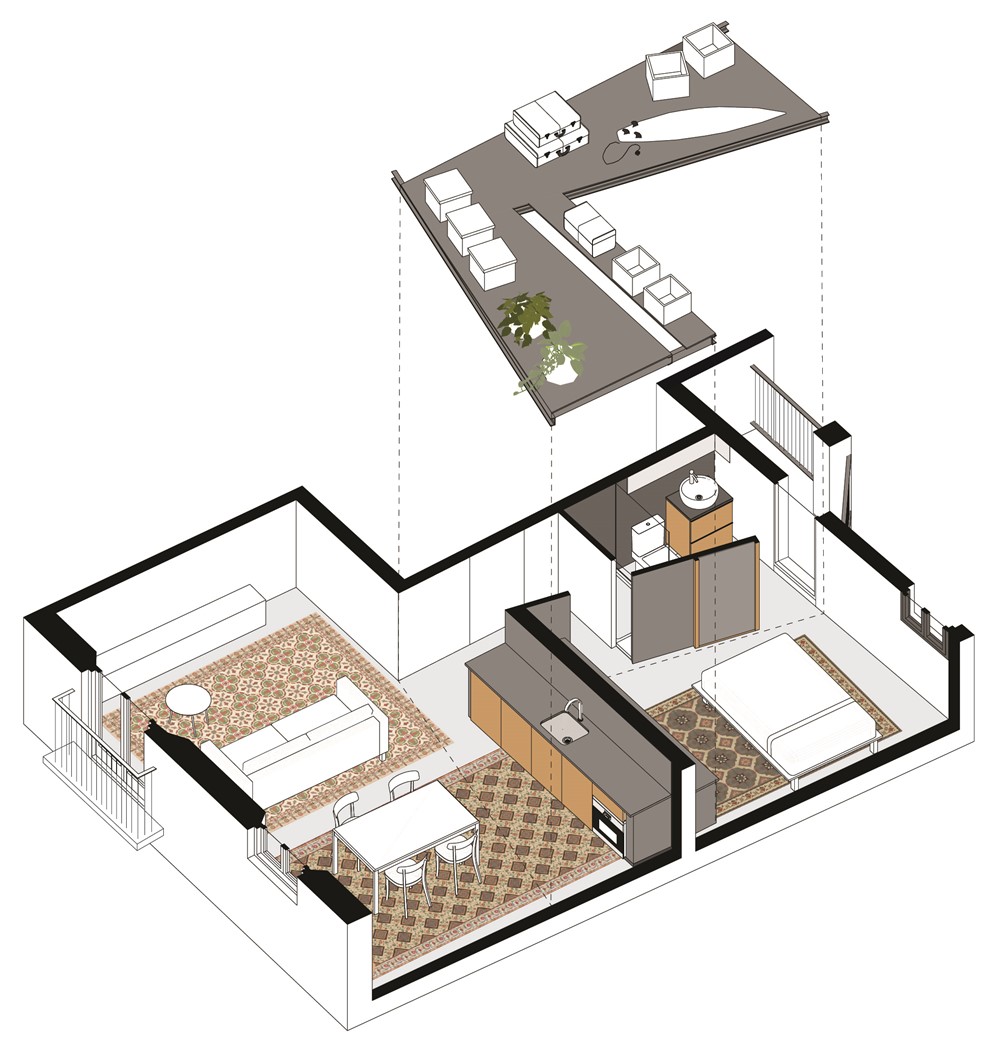 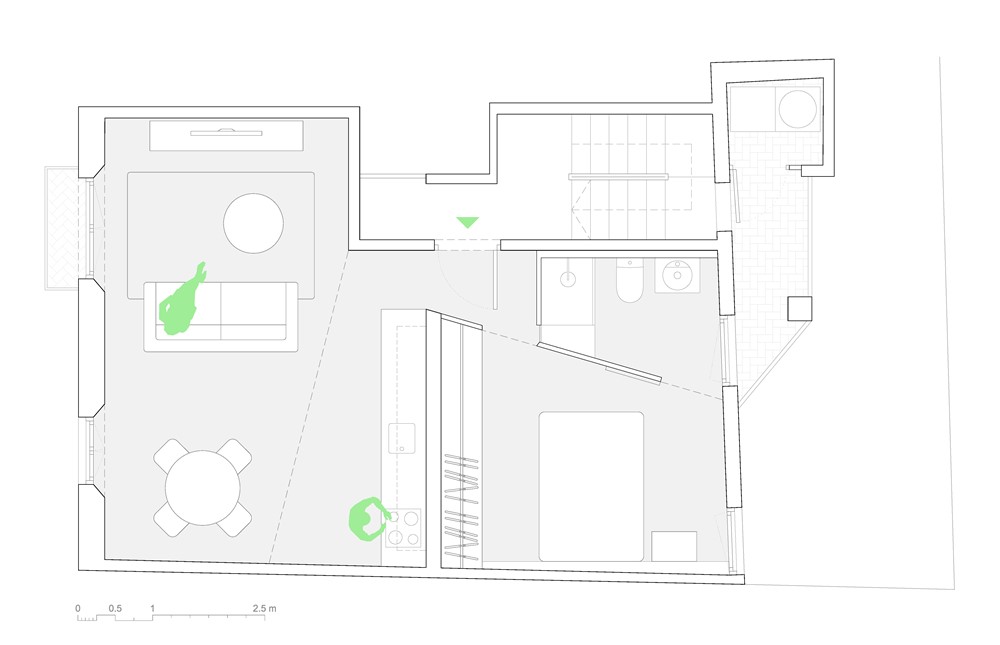 Some years after our first commissioned work at CASA ROC, followed by TWIN HOUSE, ROC CUBE and G-ROC, we carried out the final apartment renovation in the same property, located in the Barcelona neighbourhood of Gótico.
With the experience of the previous projects in mind, this time we decided to do away with anything that we considered to be superfluous, leaving us with a clean, structural enclosure and granting a greater degree of freedom.
The functional brief, similar to that of the previous apartments, was to develop a house with a double bedroom, kitchen area, dining room, living room and complete bathroom.
Each of the different uses have been arranged in such a way as to be connected directly with the outdoor space via the existing windows. Just as with the previous projects, the daytime area was positioned along the main façade, capitalizing on the nature light from the balcony and window.
The bedroom, located at the much quieter rear of the apartment, is ventilated thanks to a restored window. There is also access to rear balcony via the adjacent bathroom, which itself doubles up as a laundry room.
Steel profiles were installed to strengthen the structural walls, which had developed cracks. We used these profiles not only to define the layout of the bathroom and kitchen, but also to house the installations and lighting systems. At the same time, this allowed us to optimize the volume of the rooms and create spacious, overhead storage areas.
In smaller houses, where the arrangement of the main structural elements leaves limited space for storage on the same level, overhead storage can prove to be an effective alternative. The construction of the mezzanine level above the bathroom and kitchen, is the ideal place for storing less frequently used possessions.
In terms of materials, we made use of a pre-existing wall covering with plant prints. This retained the sense of depth and also created a visual effect, juxtaposing real plants with the printed images behind them.
We were also able to retain the floor tiles throughout most of the property. Where this was not possible, we used portland cement. In line with the previous projects, we employed finishings such as small format tiles and wooden furniture, as well as the black colour of the storage spaces and draws. This colour theme was continued in some of the partitions in the kitchen, bathroom and bedroom.
The approach of our intervention at END THE ROC, as with those at CASA ROC, TWIN HOUSE, ROC CUBE and G-ROC, revolved around the restoration and consolidation of the building’s original character. The space was split into the daytime area – in the noisier part of the house – with the bedroom to the rear.
Finally, we made the most of the height of the property by dividing the space of some rooms into two levels. This maximised the actual volume of the house and resulted in the creation of restful areas.