Poblenou in 3 acts. 2nd act is a project designed by Egue y Seta in 2017, covers an area of 46 m2 and is located in Barcelona, Poblenou. Photography by Vicugo Foto. 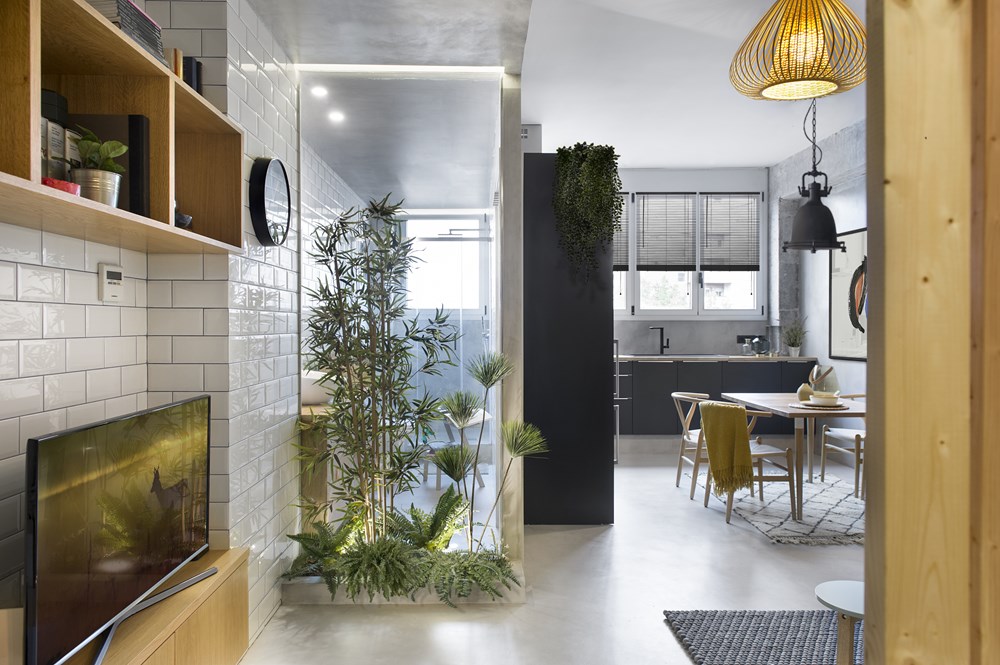 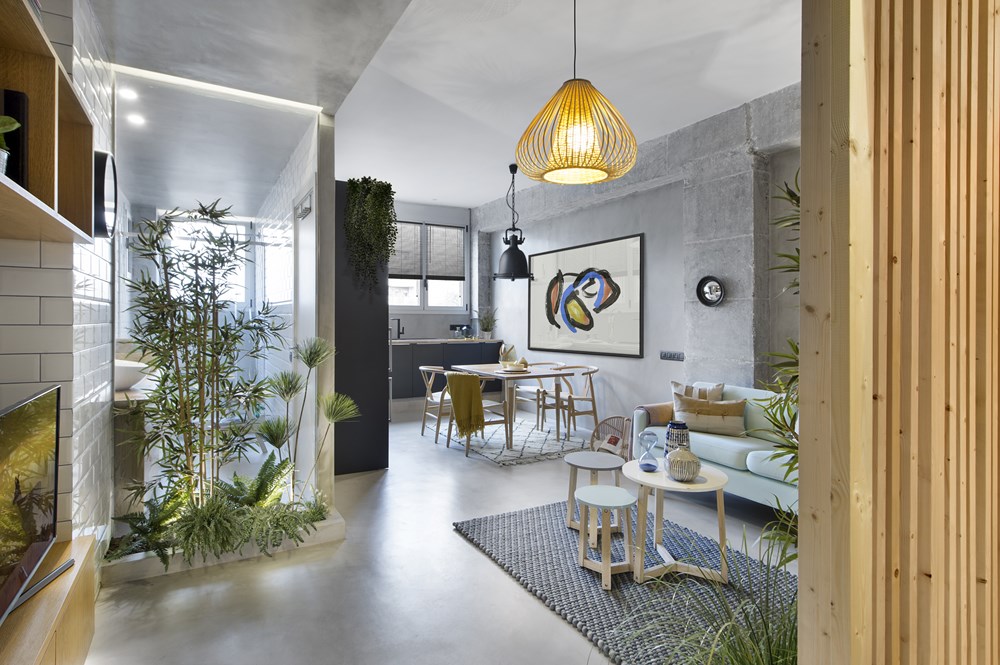 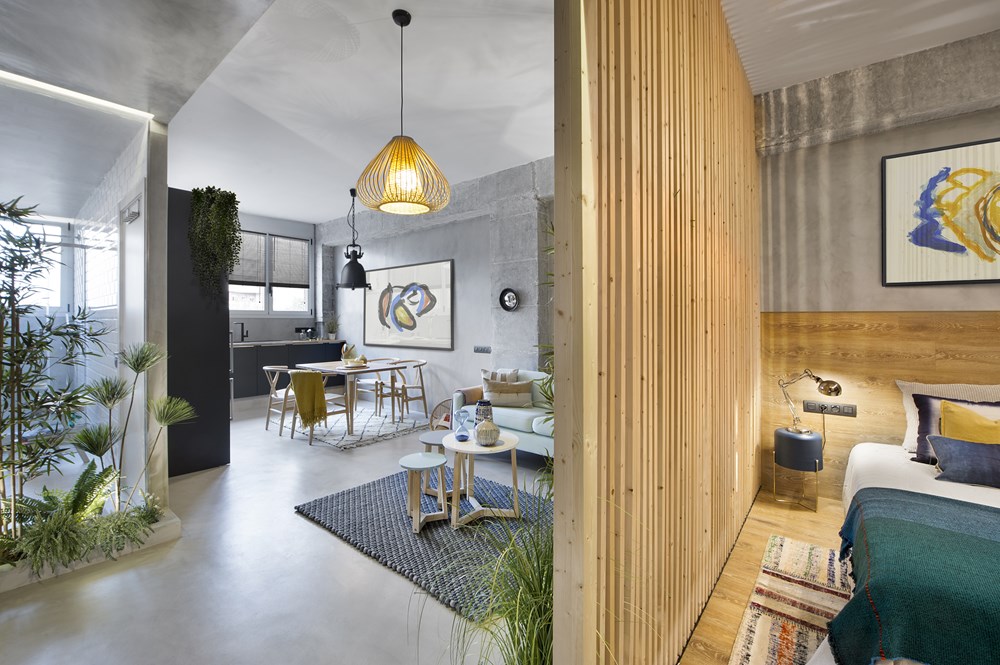 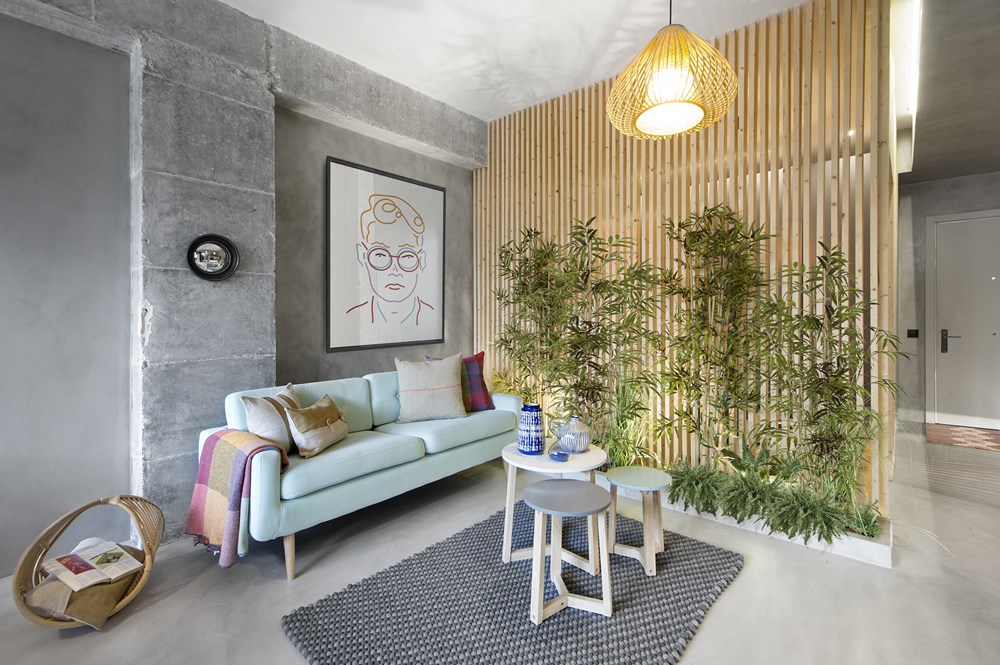 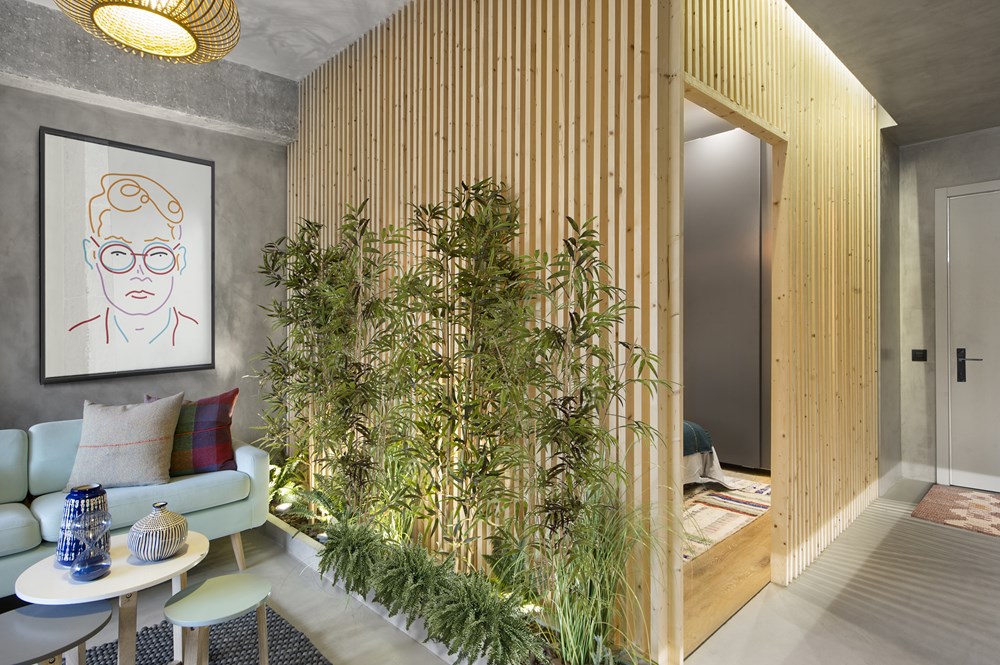 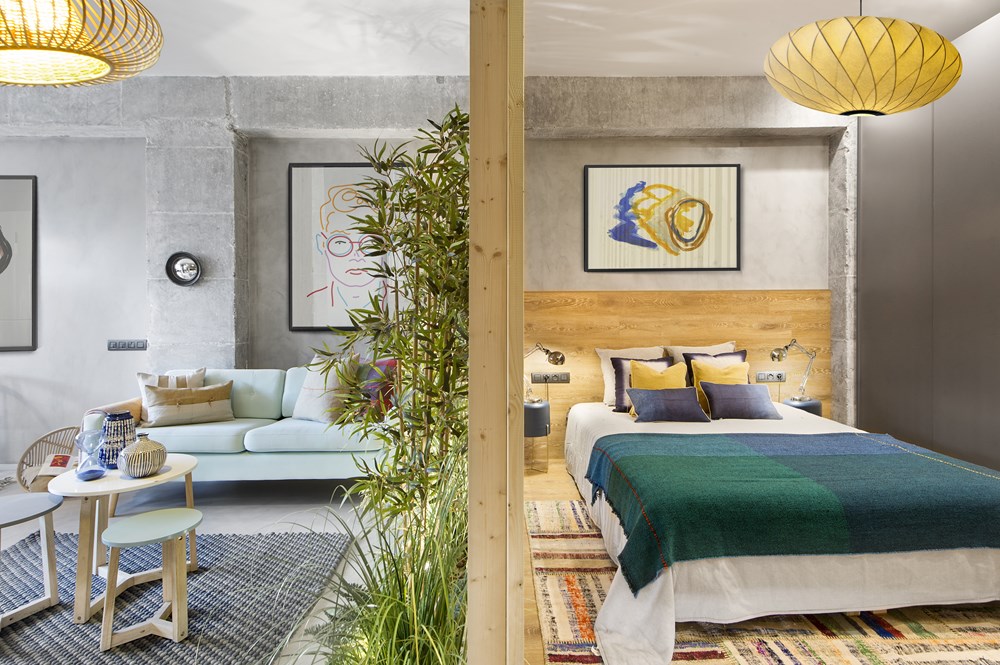 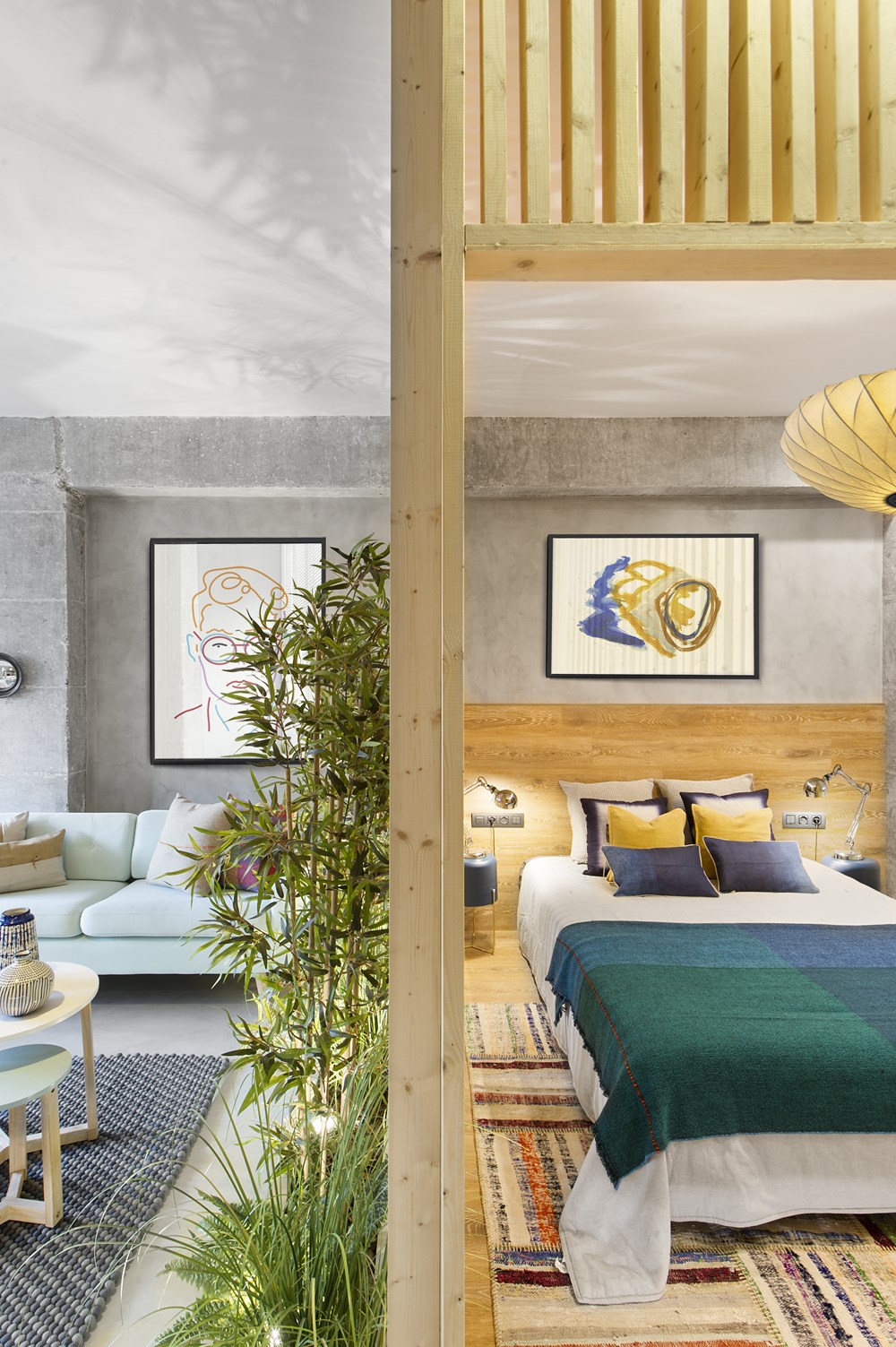 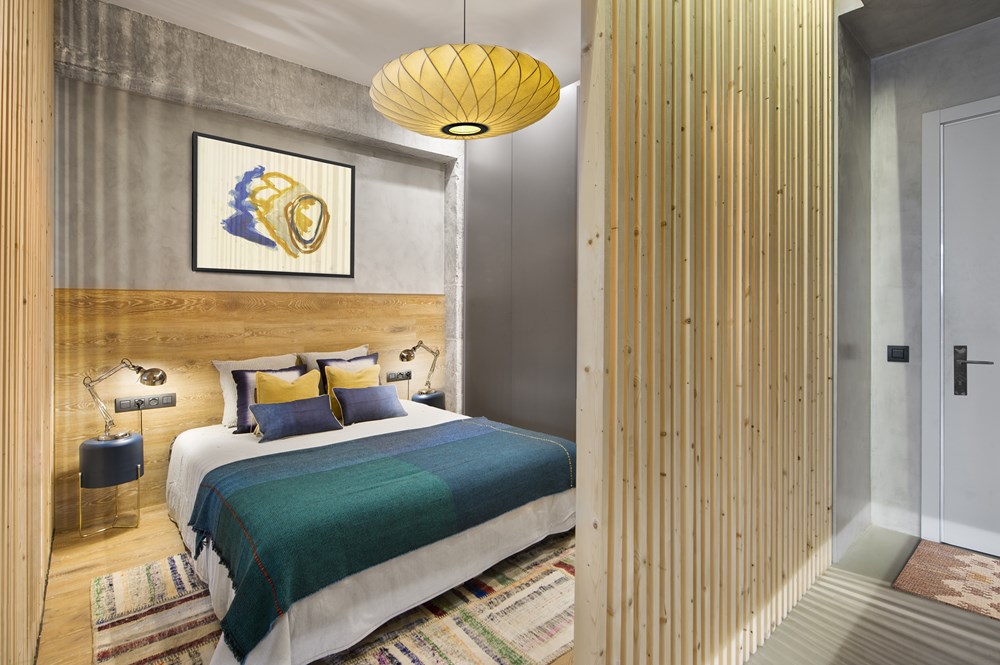 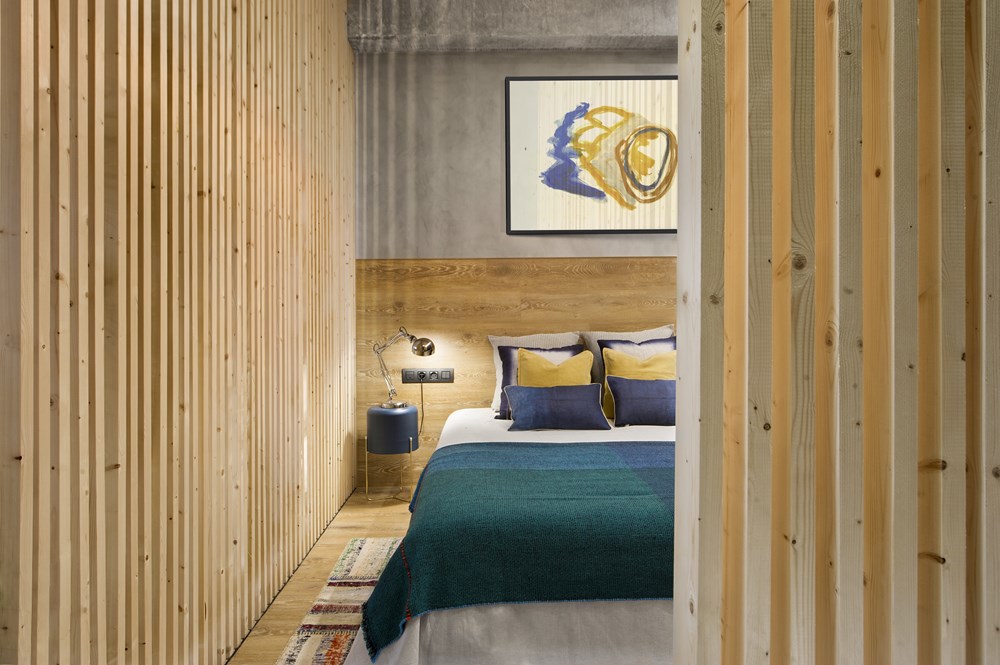 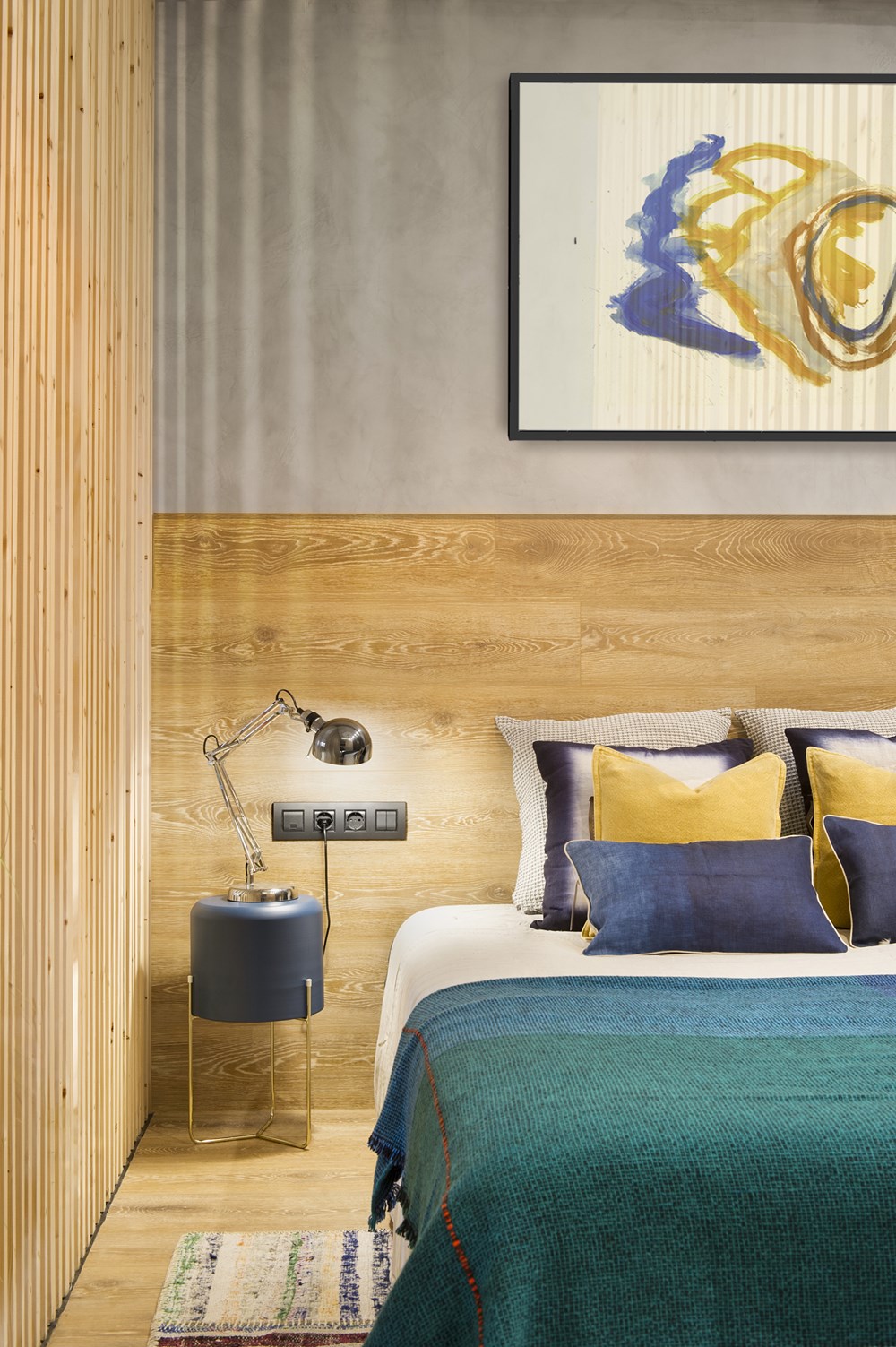 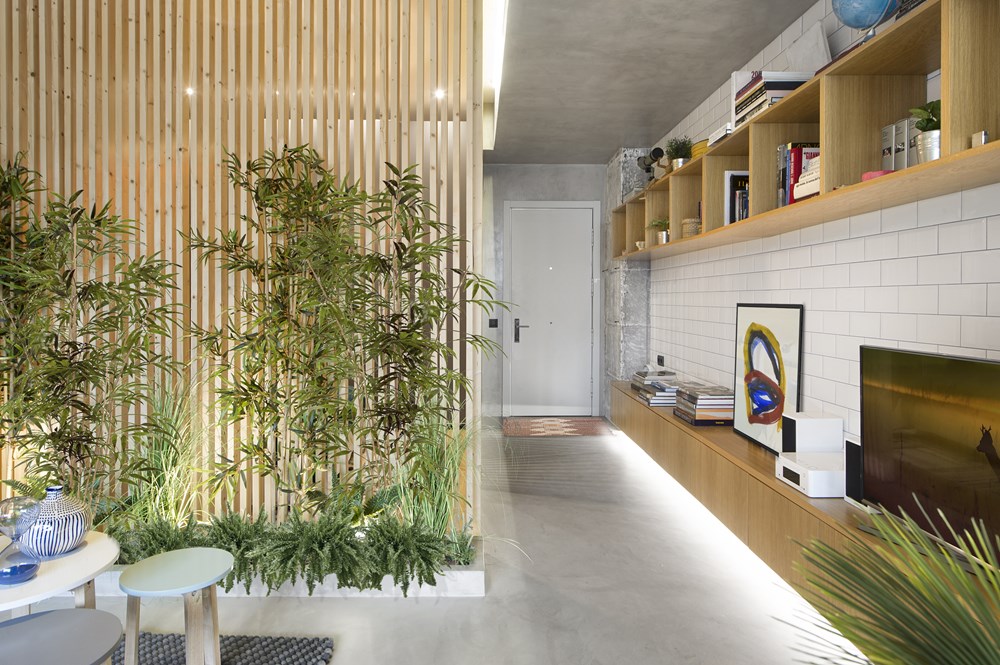 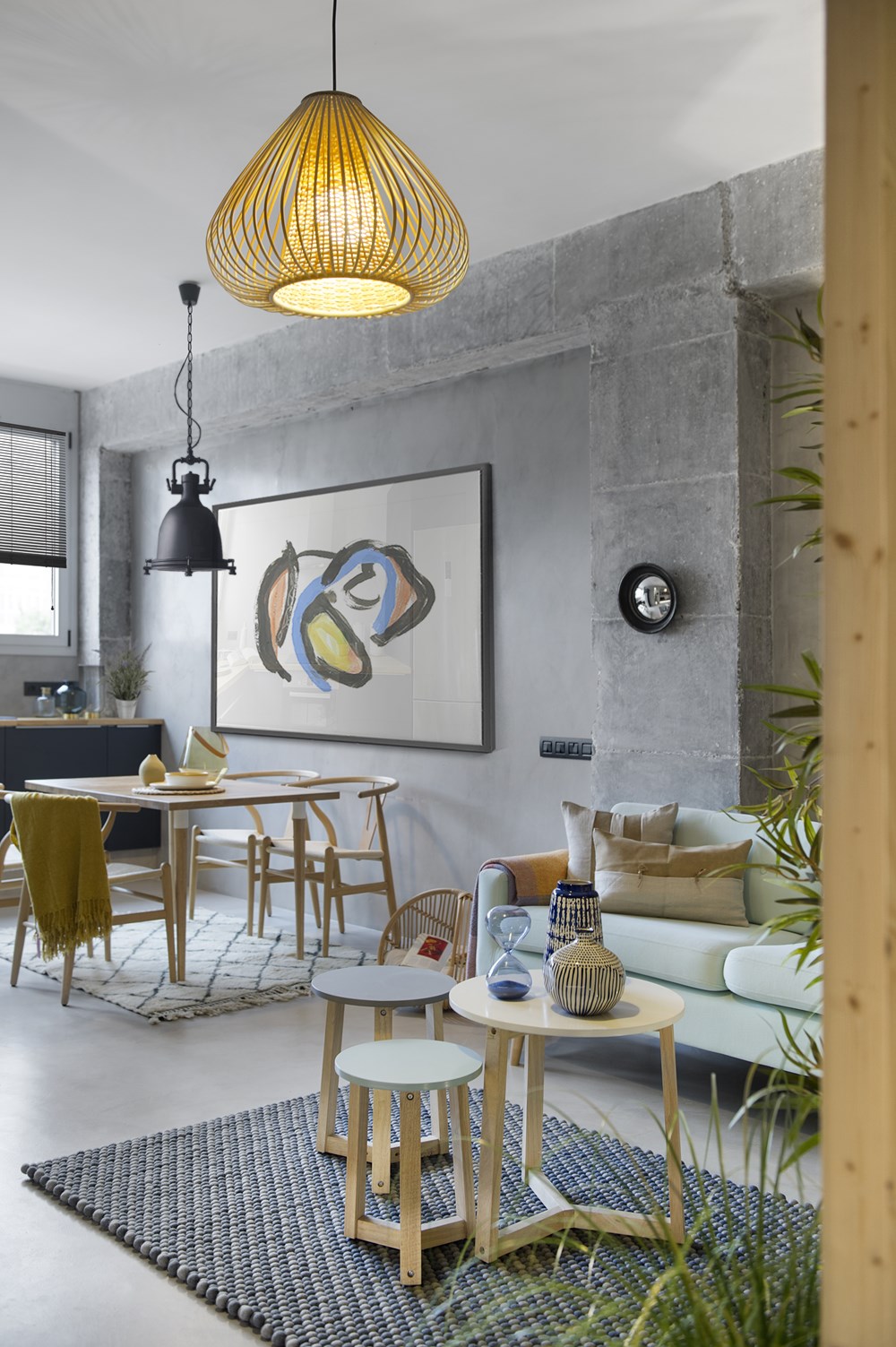 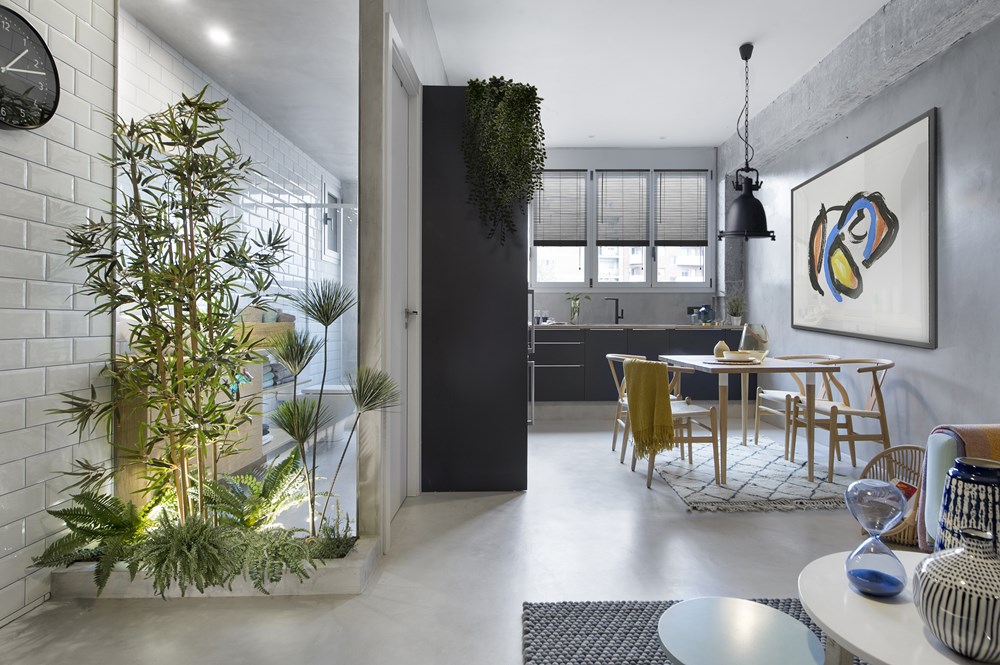 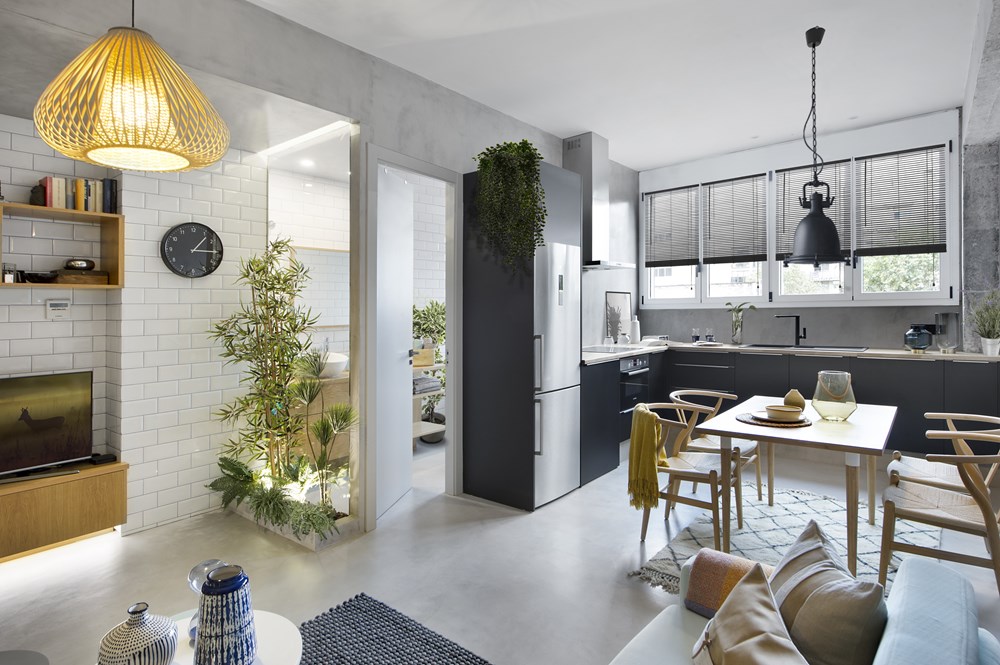 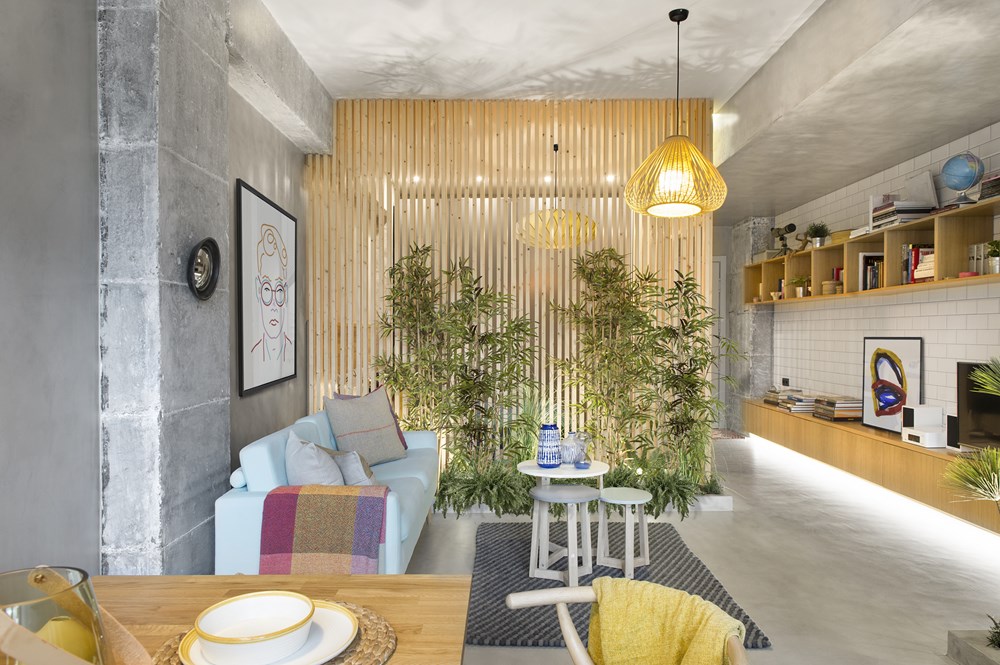 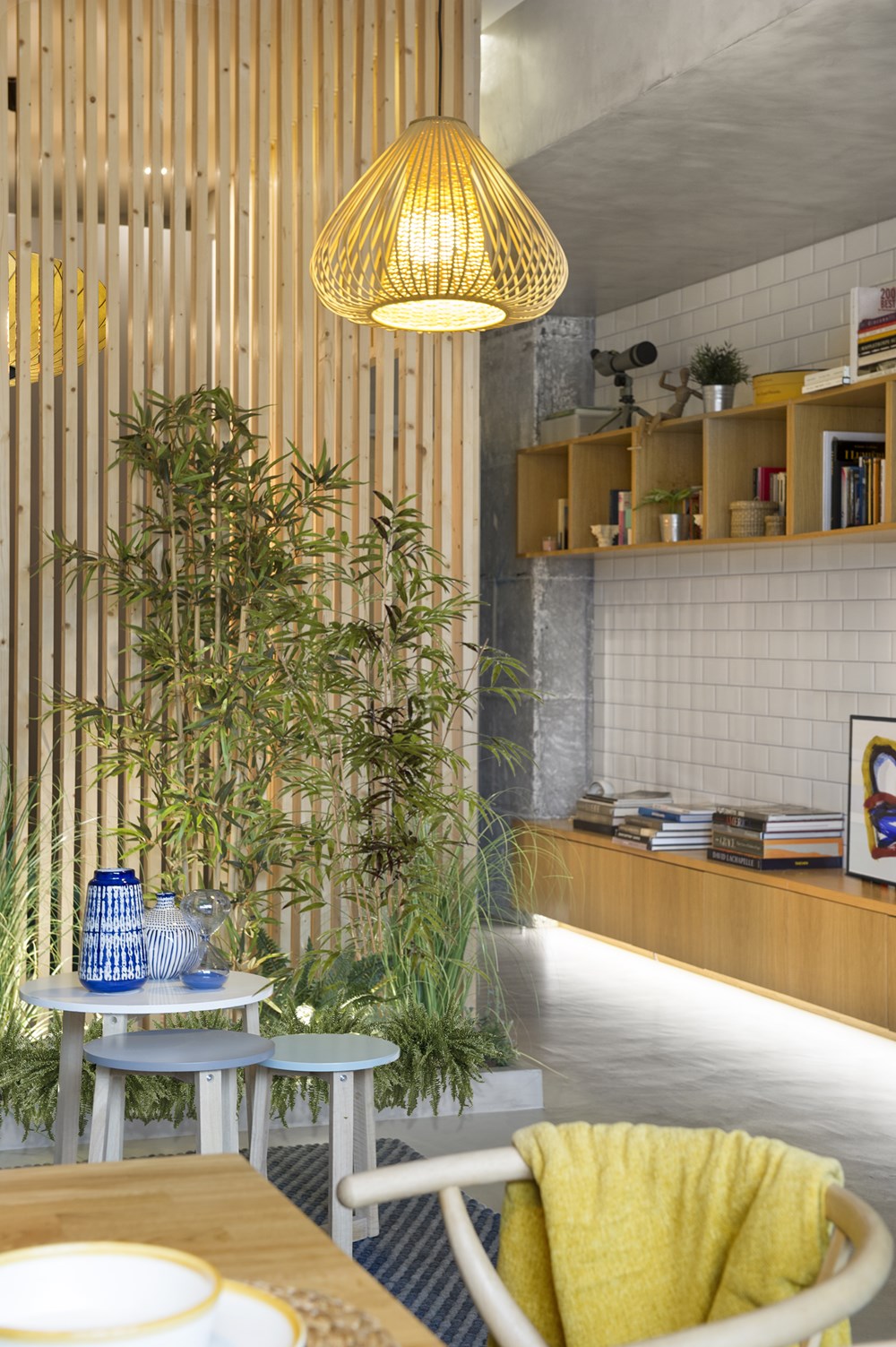 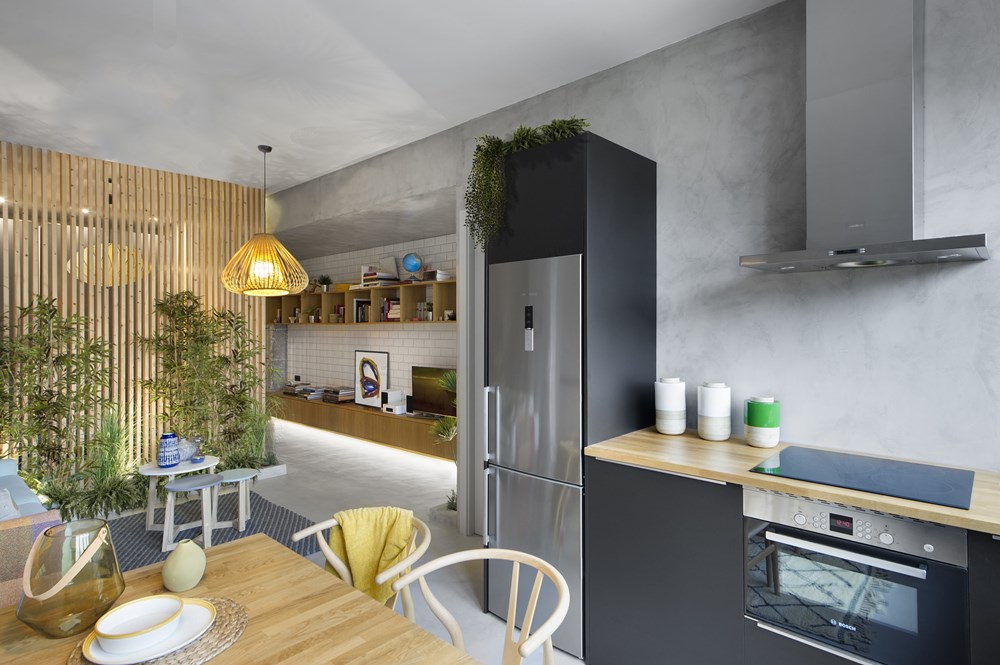 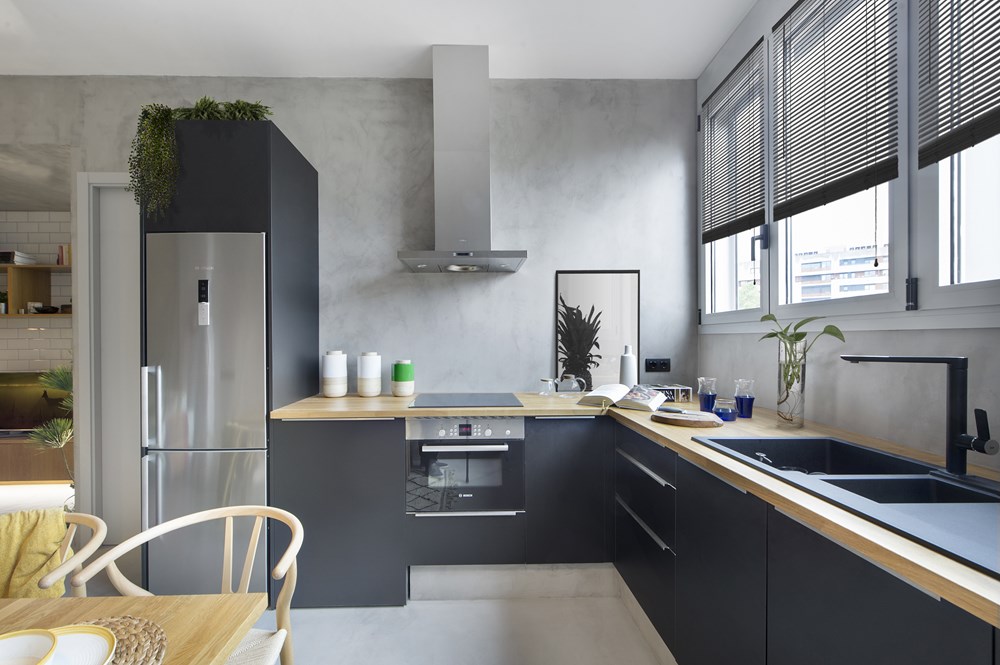 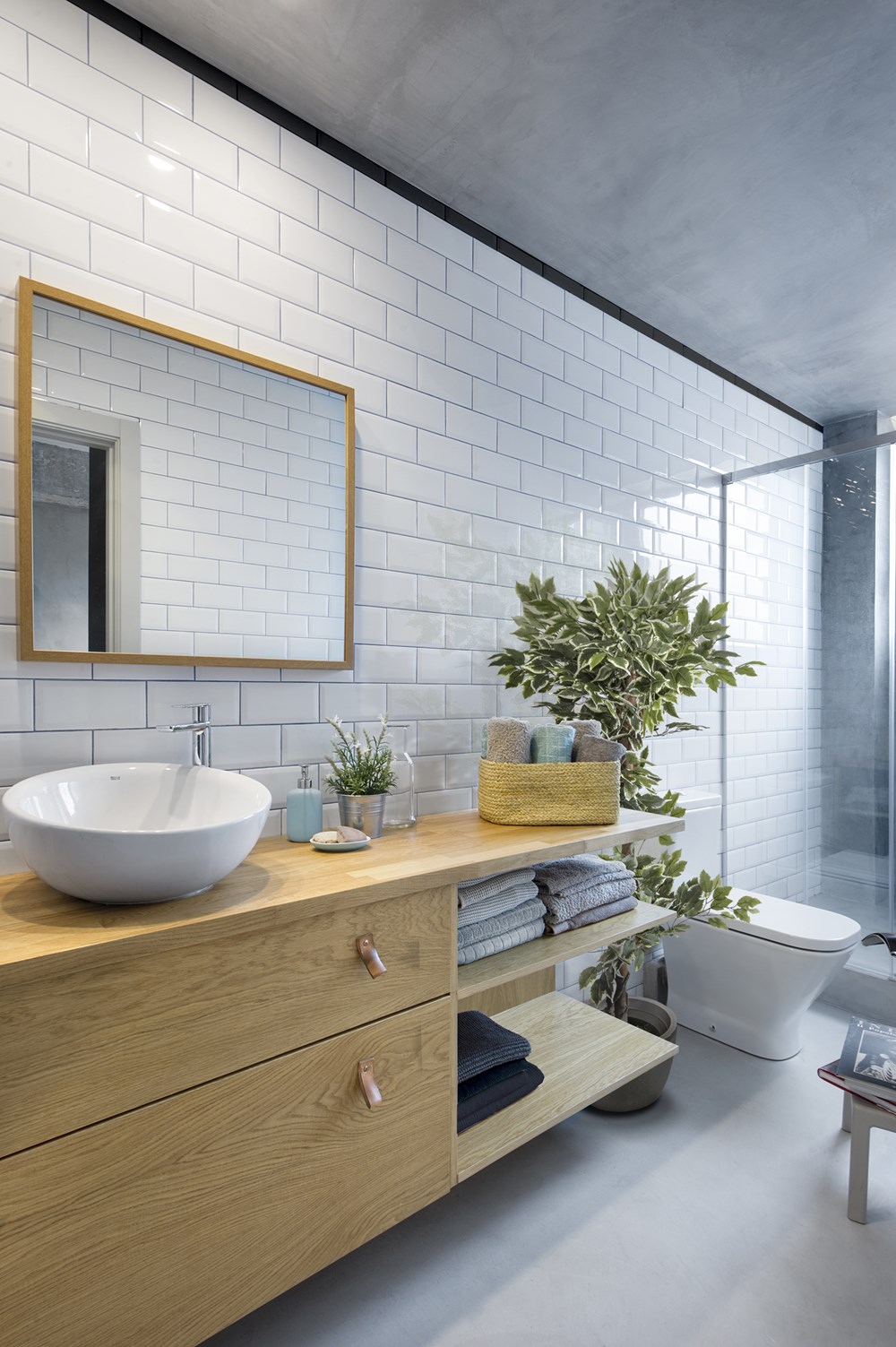 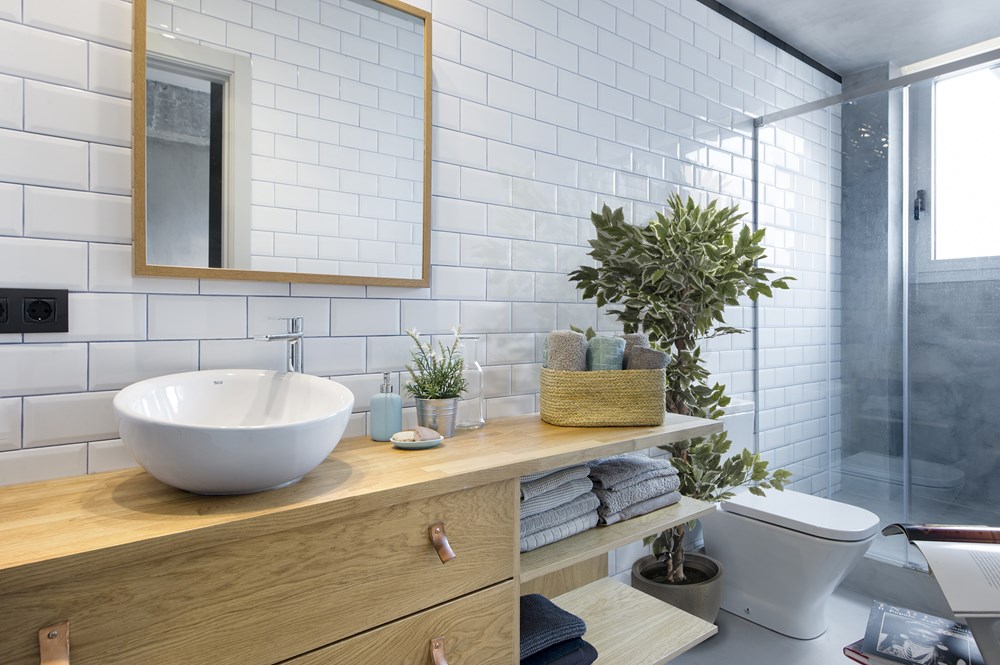 “Devide and Conquer” said Julius Cesar in Rome, and it is also what the less belligerent Barcelona´s real state promoters think when faced with the challenge of converting former industrial spaces at @22 district towards their residential use.

The industrial buildings and warehouses at Poble Nou offer “open plan” possibilities, natural light and ventilation in a spot that, as the city grows, is progressively becoming ever so centric. The only thing that even today prevents their square meters from reaching their maximum profitability as an investment would be maybe and precisely, their excess when compared to those strictly necessary for living. The operation that most property owners looking to rent out these spaces is therefore: horizontal division.

This home is a paradigmatic case of the urban and real state transformation that has been sweeping over the city and especially through this neighbourhood in the recent past. A housing unit that wasn´t such a short while ago and ended up becoming three. A space where workmates used to align themselves one next to the other, indistinctively and endlessly along great window panes and under large industrial fluorescent lights; a place where today, instead, various and differentiated ambiances alternate, providing each of them refuge, intimacy and relax for “ever-singles” or “life-mates for life”, over beds and tables where they fabricate nothing less than their personal history, their most private day-to-day relationships, their dreams and nightmares, and also, a chapter, always tragicomical, of their lives. A place, that just like any other home, is the stage where the least public of our stories take place. A scenario for a choral story which diversity of main characters has required it to be divided, just like theatre plays, in acts. Over this stage we managed to fit three.