Nico van der Meulen, founder of Nico van der Meulen Architects, designed this residence in a leafy Johannesburg suburb for his family, but also to use as his studio. At that time he had just started his own practice and decided to work from his home, specializing in the design of up-market residences. 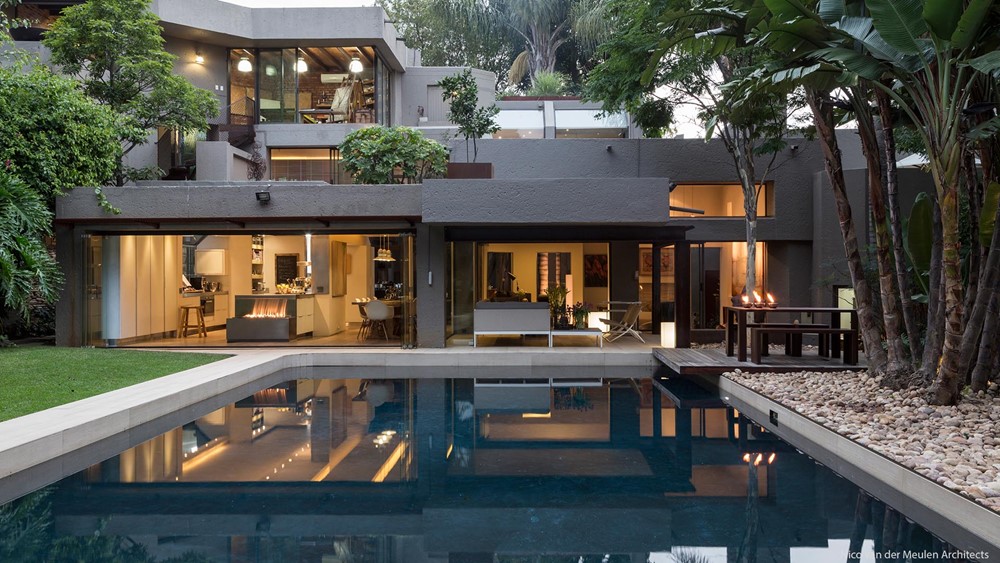 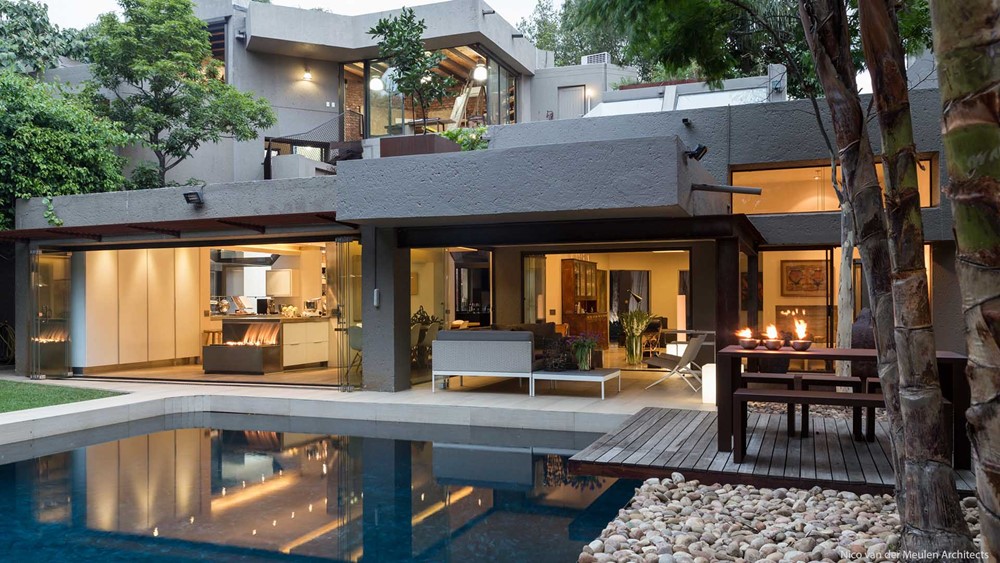 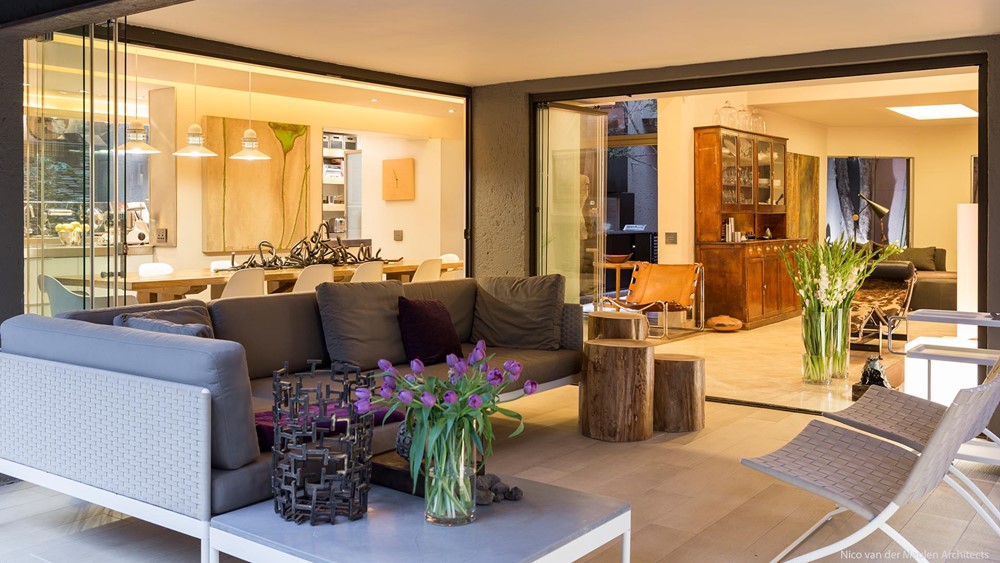 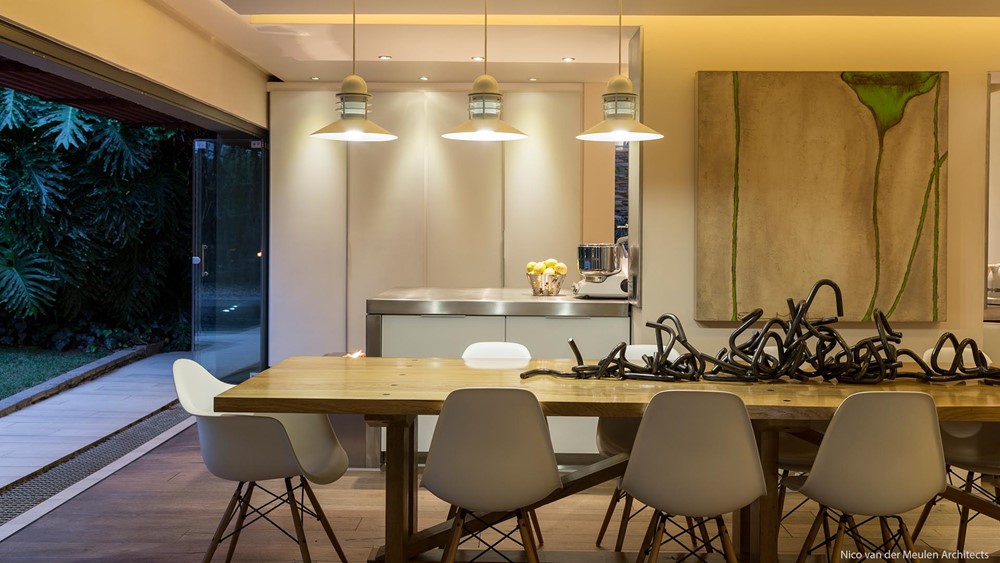 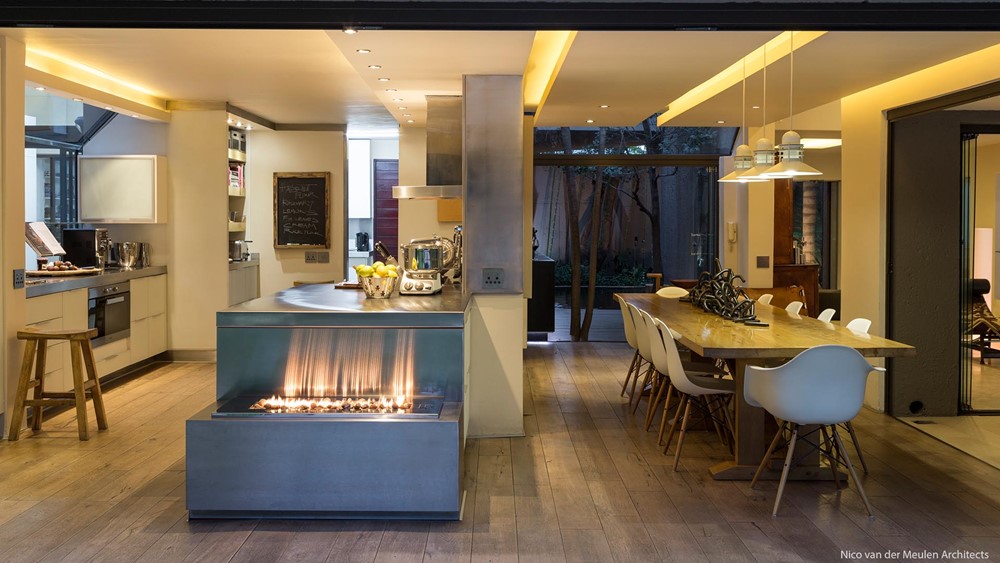 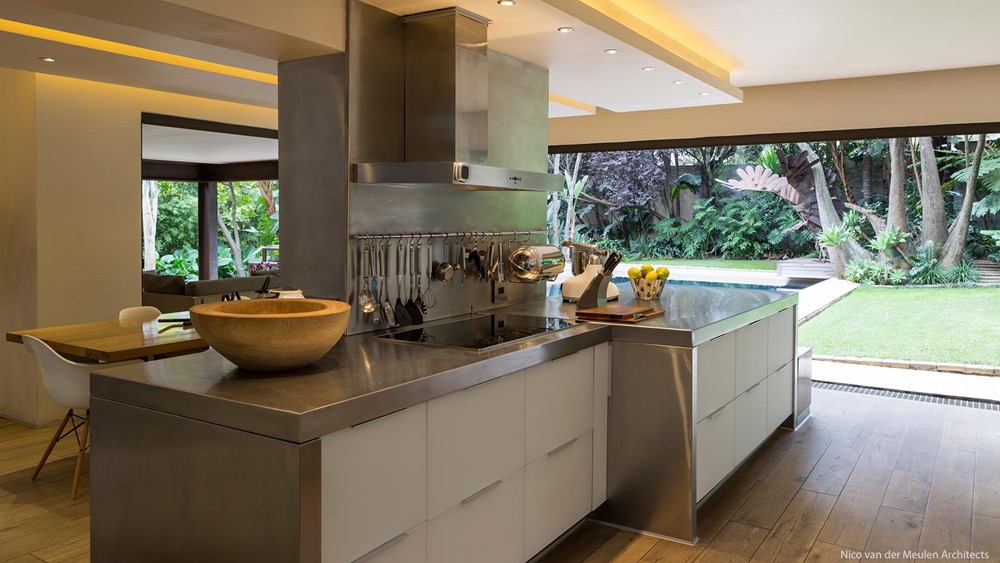 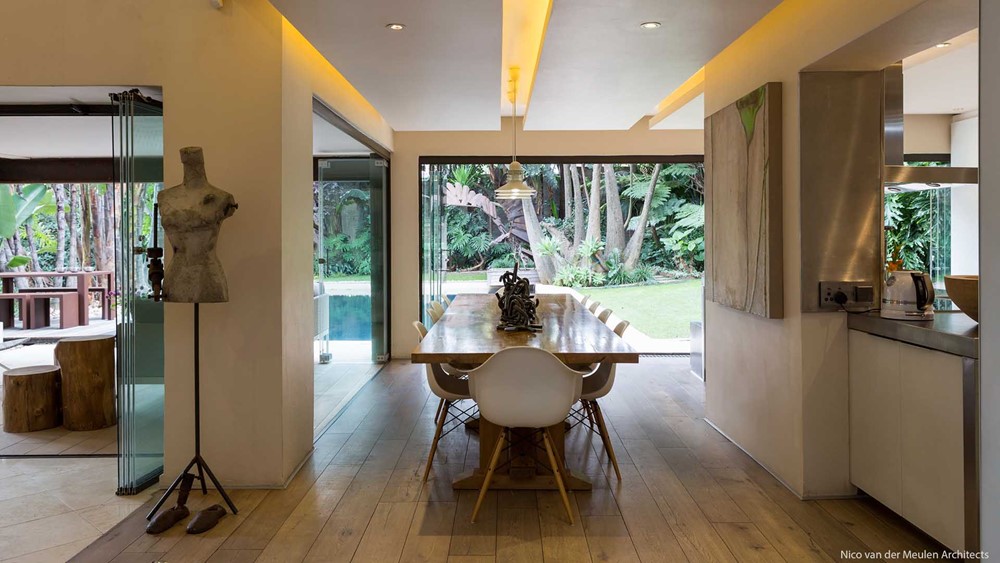 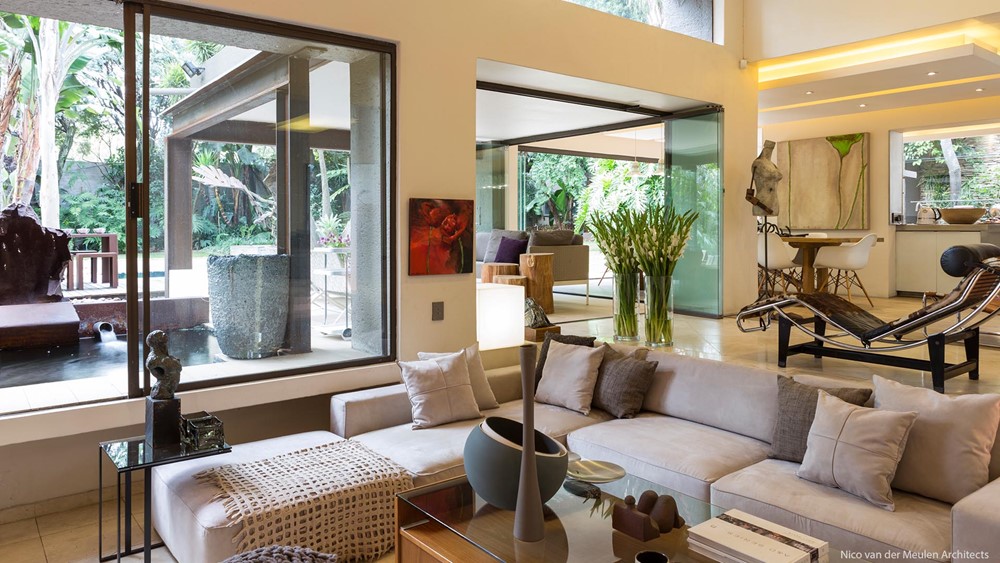 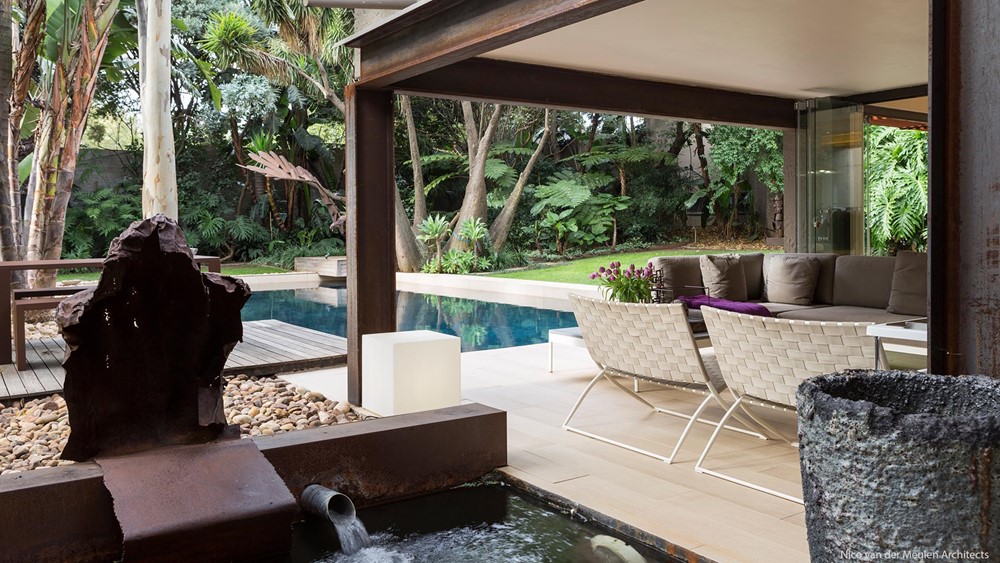 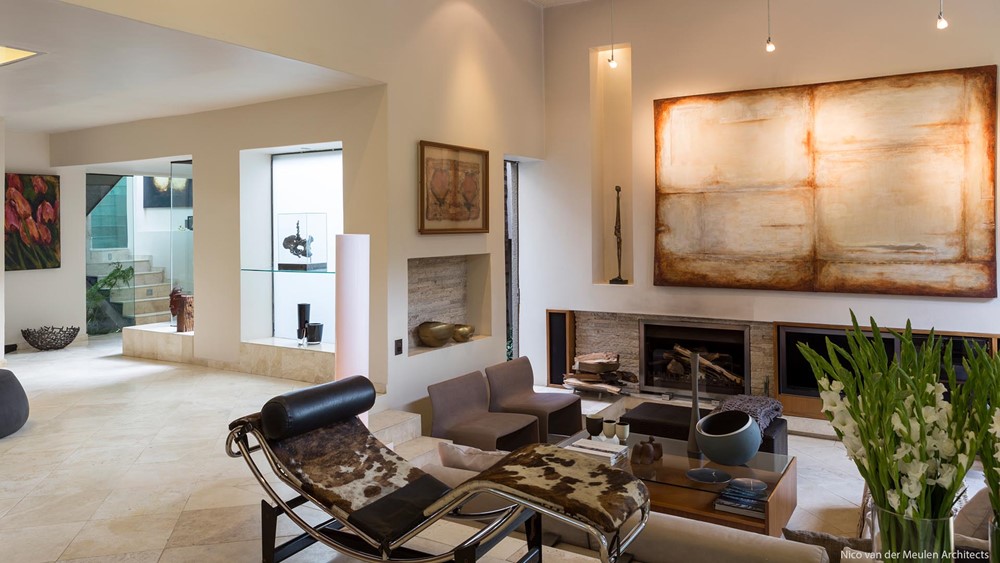 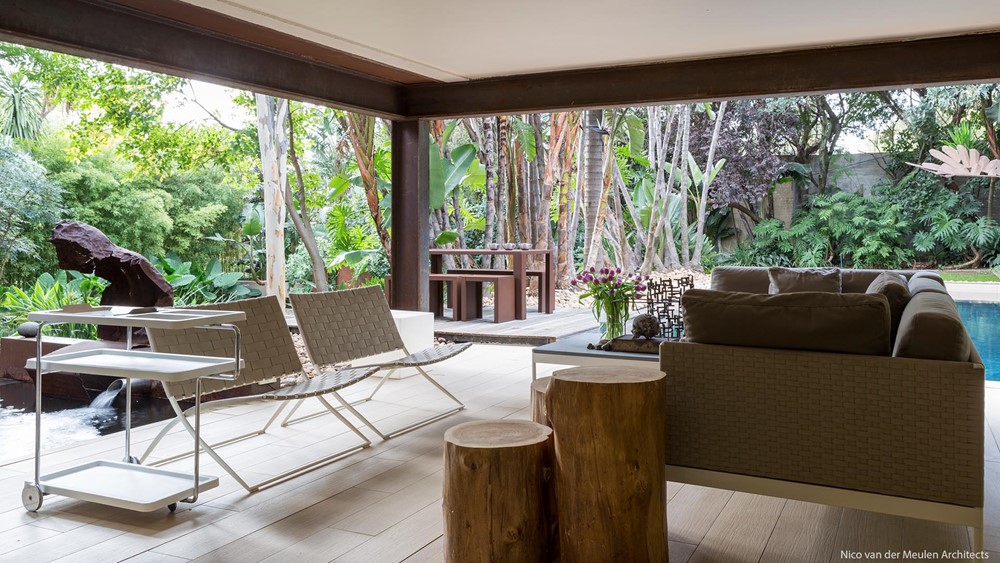 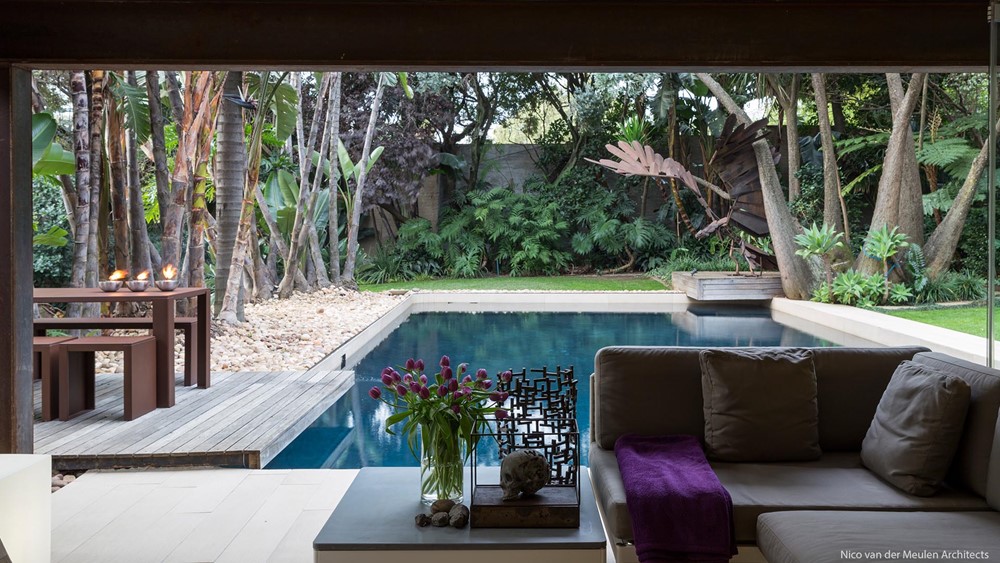 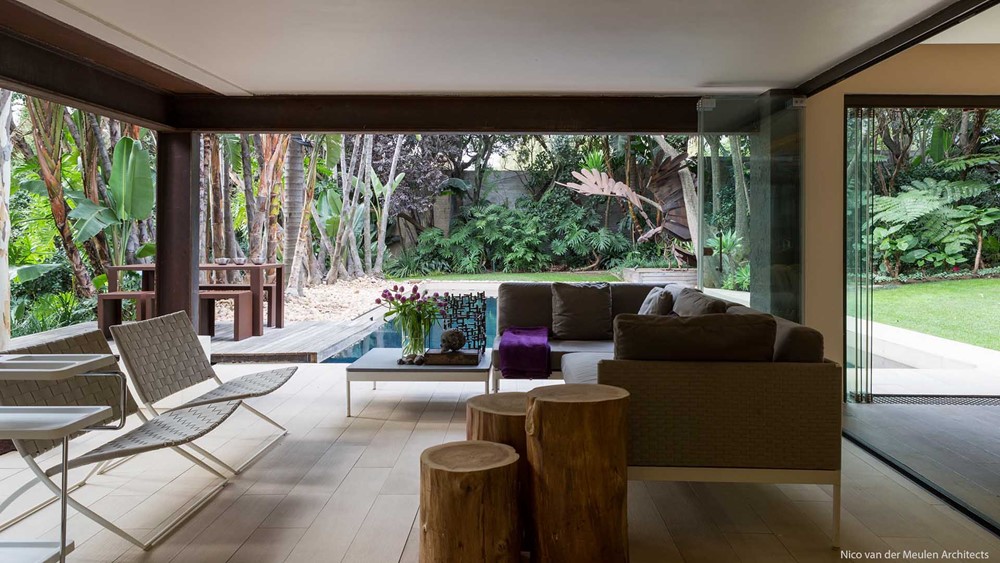 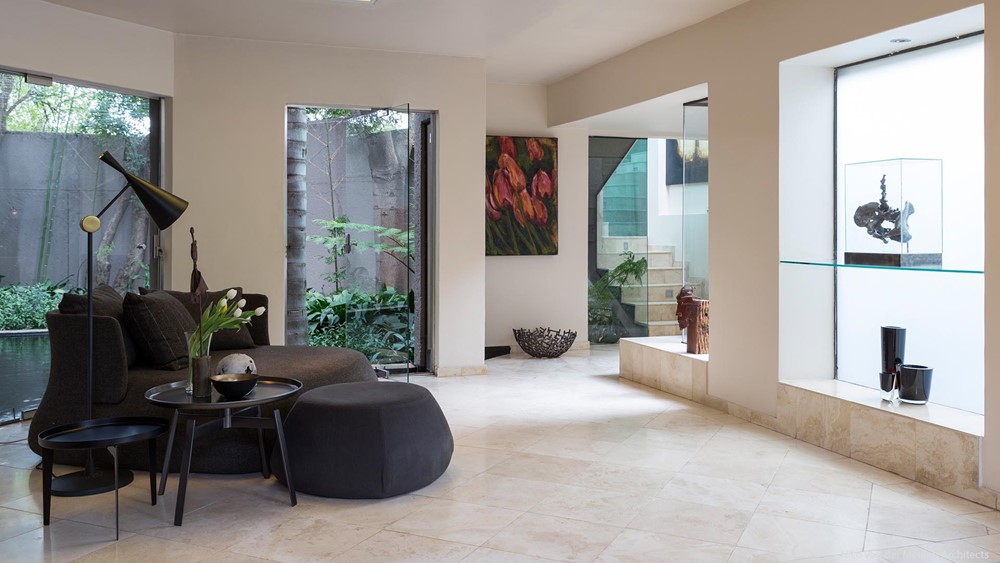 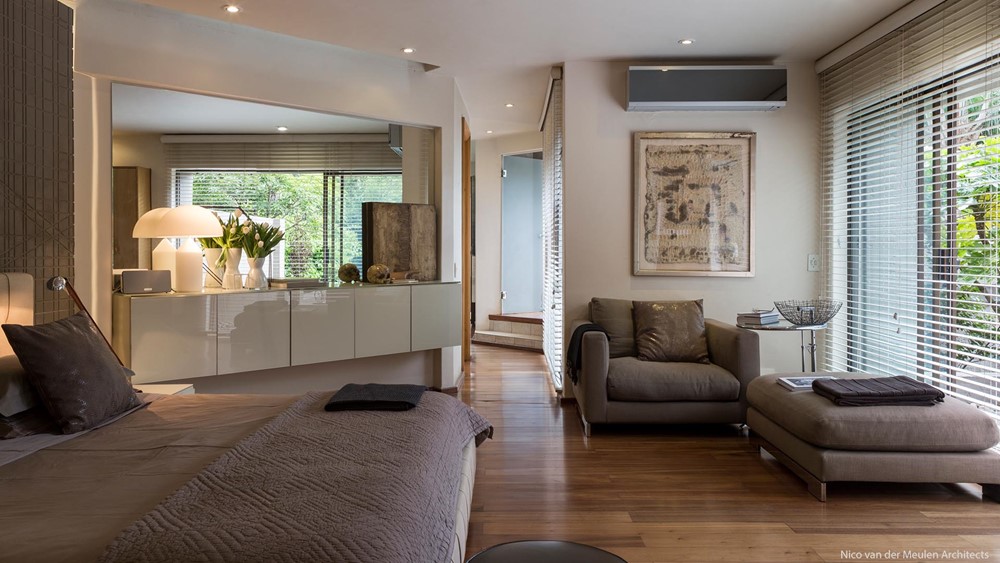 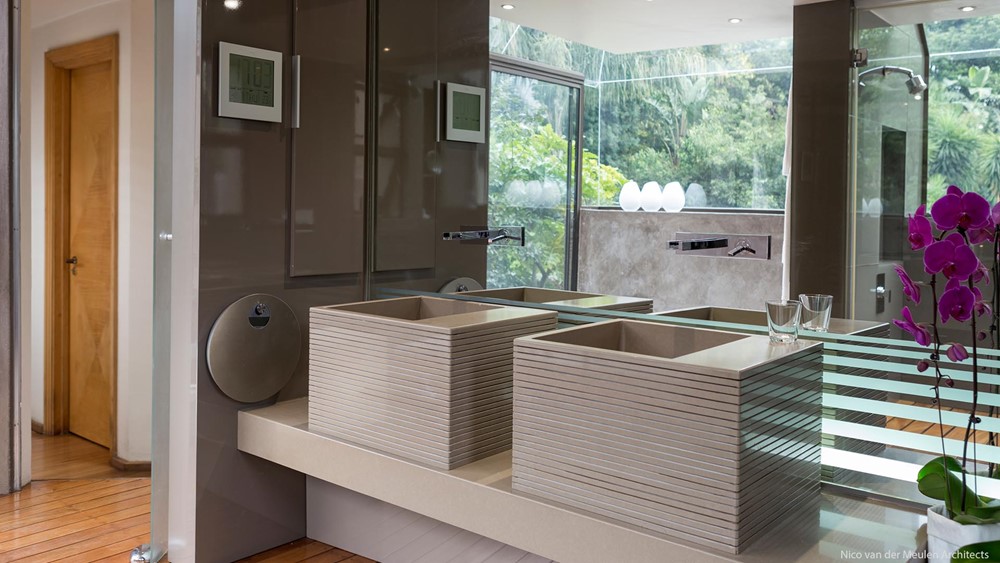 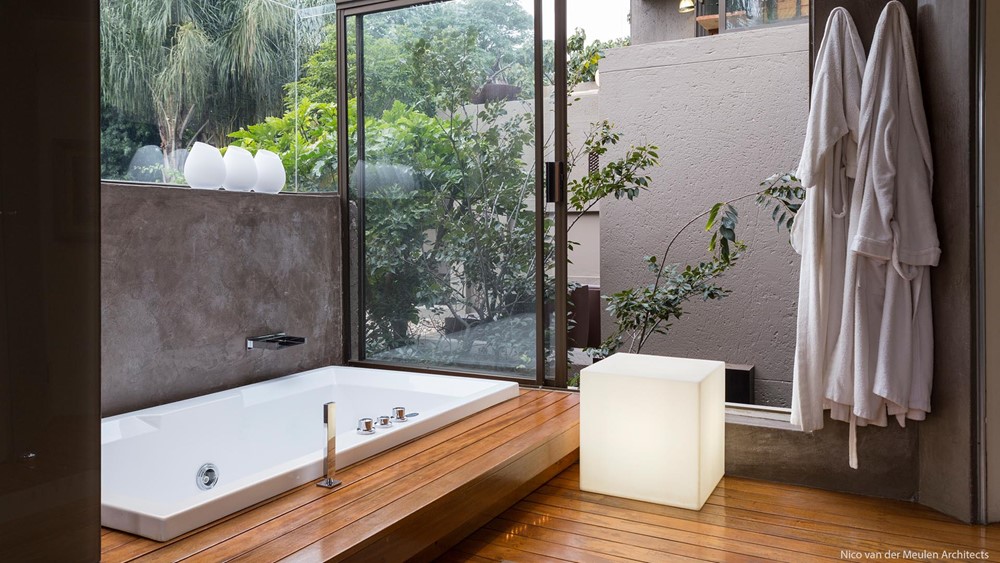 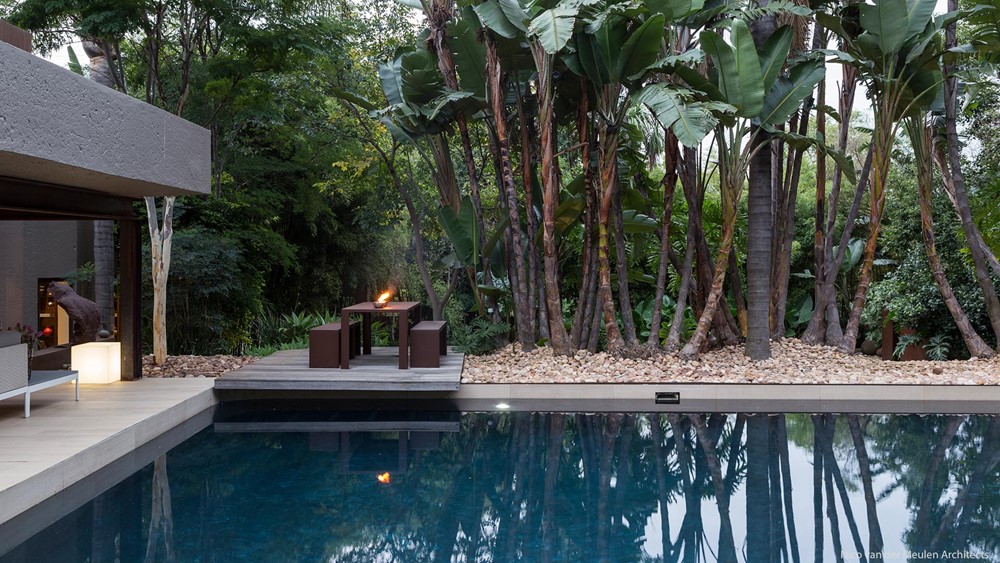 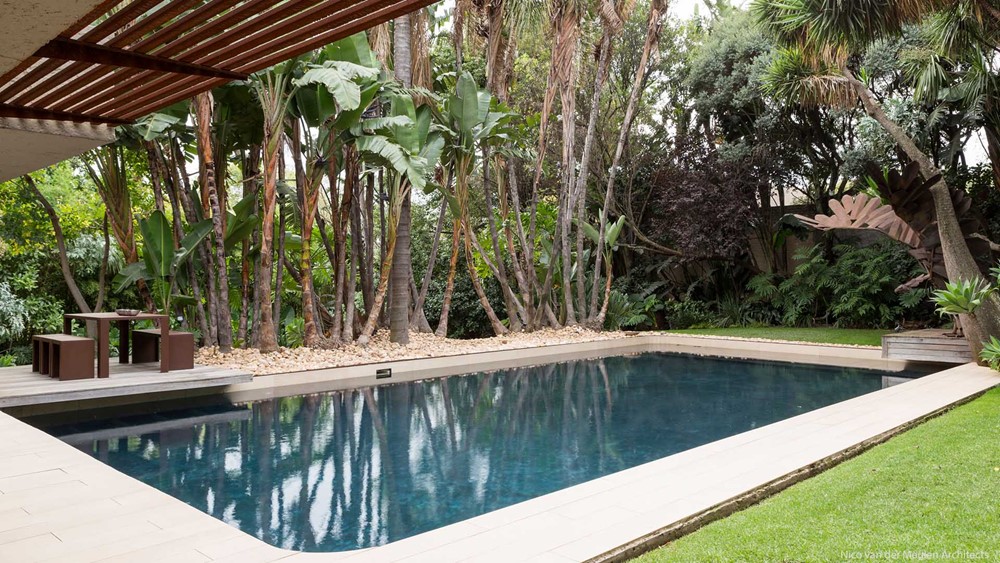 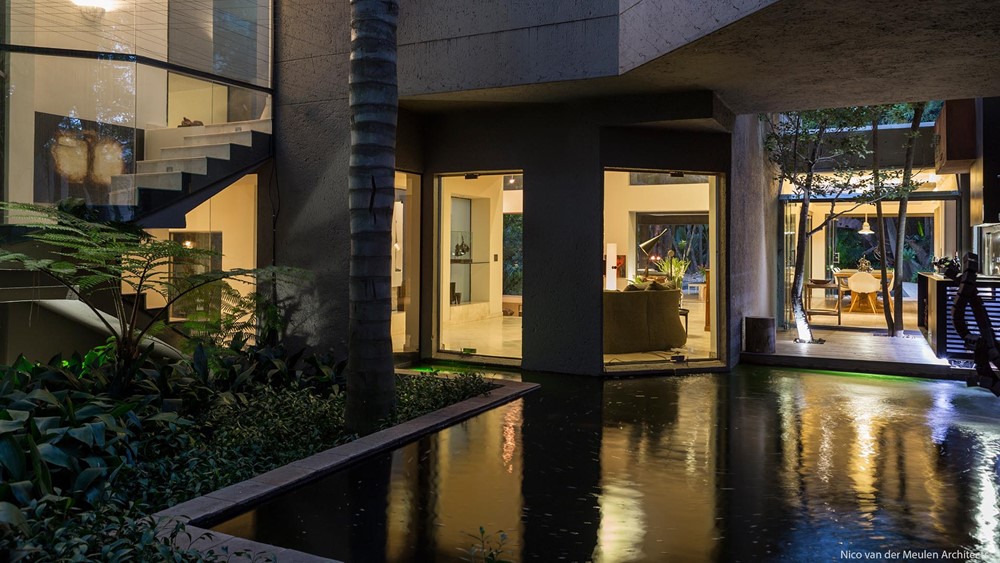 Nico always believed in passive design and designed the house facing 15 degrees east of north, with thick 660mm north facing walls, to firstly create mass to store heat and secondly sun control. Clay tiles were used over the concrete roofs to create insulation, and protect the waterproofing against the Highveld sun.
Five atria were incorporated into the design, with an existing deciduous tree retained in the one atrium to act as an umbrella over the house and large water feature to help cool the house in summer. In another atrium a fast growing palm tree indigenous to South Africa was planted, with groundcovers to act as a natural cooling agent, and black bamboo screens in two of the other atria.
The open plan living area incorporates a double volume family room with a water feature leading onto the lanai and an oversized pool. Situated between the kitchen, family room, dining room and lanai, the breakfast room acts as the pivot for this area. The kitchen was designed with a large east facing window, shaded in summer by a deciduous tree.
The main suite is situated on the north and east side of the house, whilst the children’s bedrooms are on the west wing. The four bedrooms are all en-suite, with the main suite in particular consisting of a his and her dressing room, and an airy bathroom that overlooks the garden and invites sunlight.
On the second floor on top of the main suite and gymnasium two private studios were built, one for Santa to paint and another where Nico sits and designs at night and weekends.
The studio area is fitted with a kitchenette and a lounge area overlooking the gardens. A fire-pit on the balcony next to Nico’s study and the al fresco dining area next to Santa’s studio are regularly used.
The downstairs studio area has its own side entrance enabling staff and clients to enter without going into the private residence.
Photography by Nico Van Der Meulen Architects