Casa Flotanta is a project designed by Studio Saxe and is located in Puntarenas, Costa Rica. 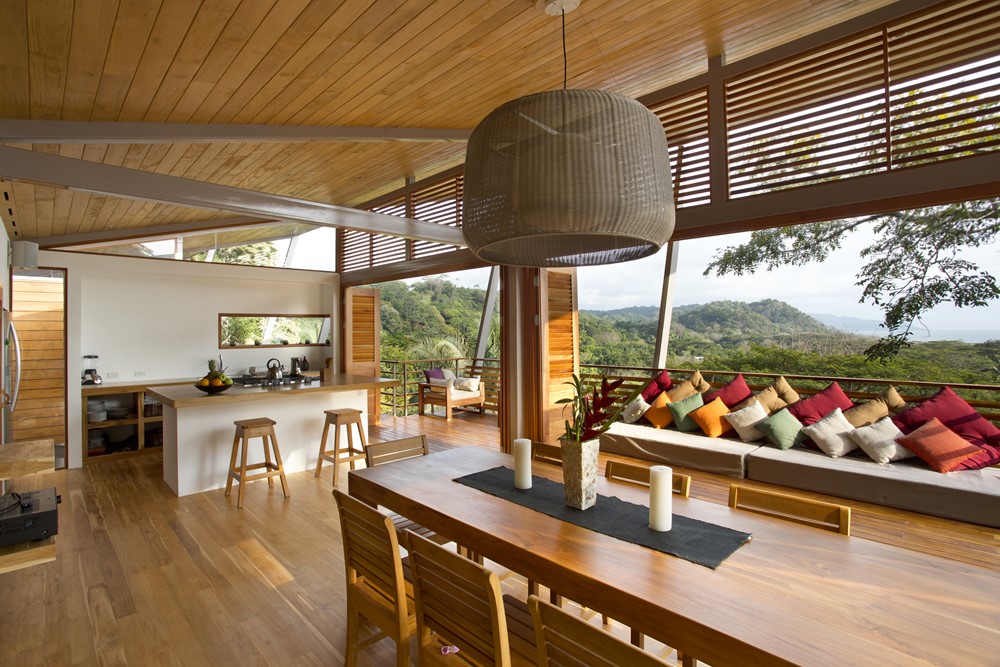 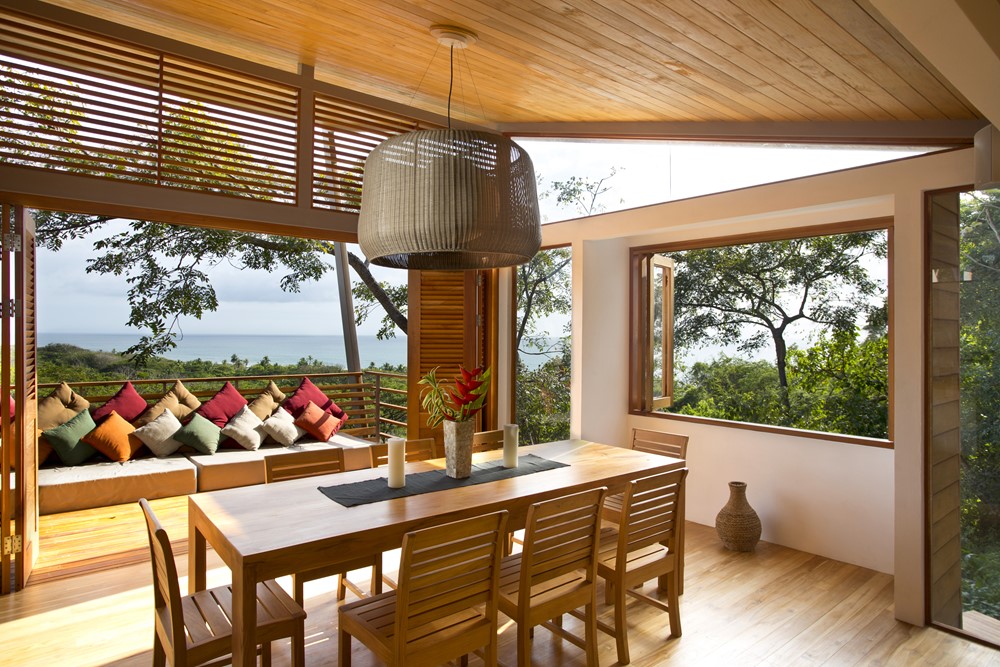 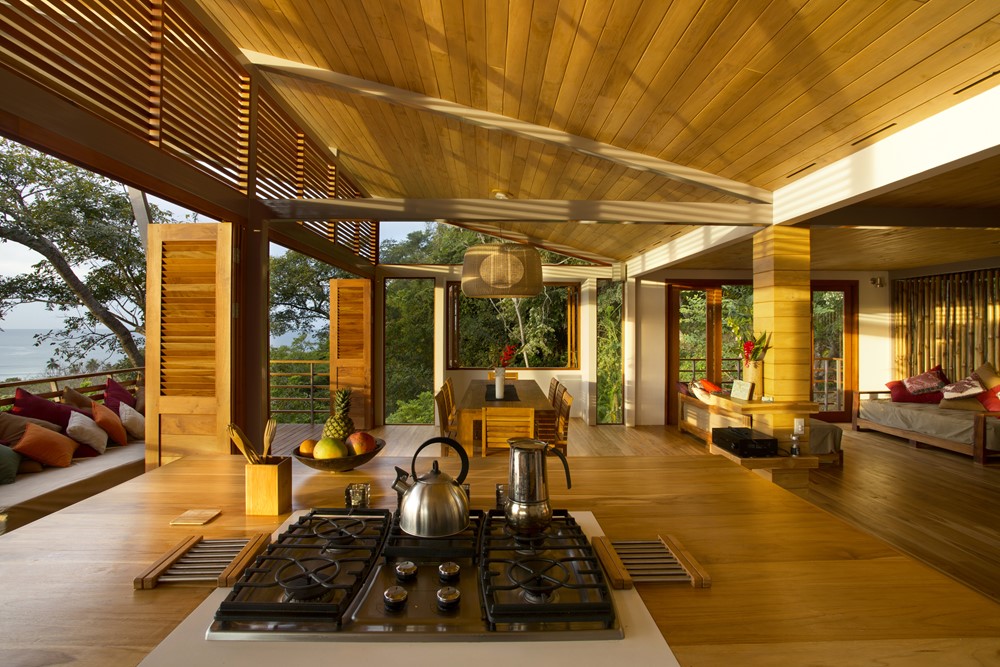 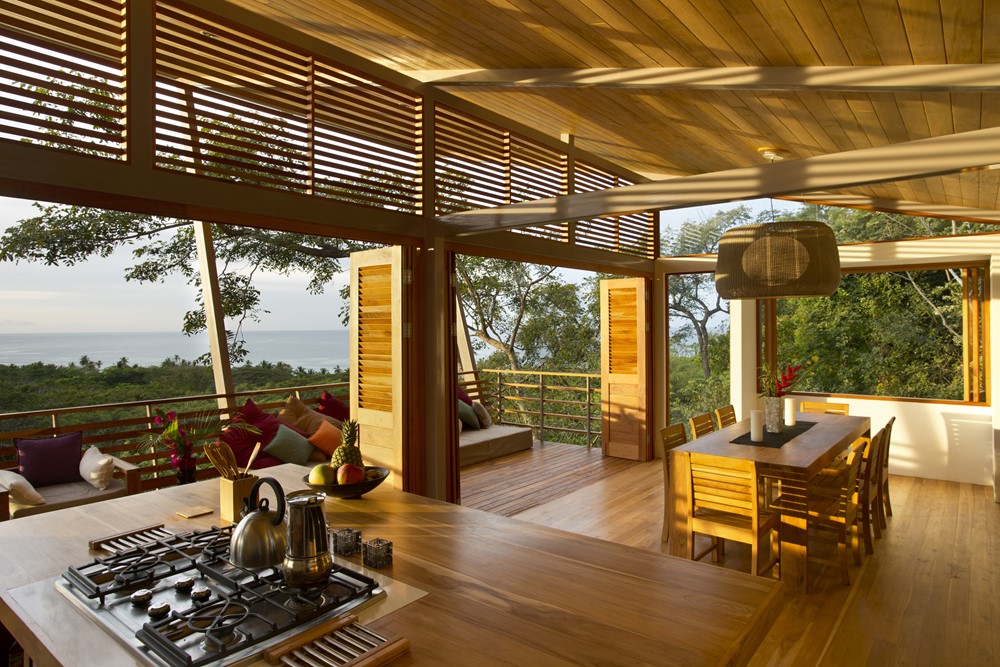 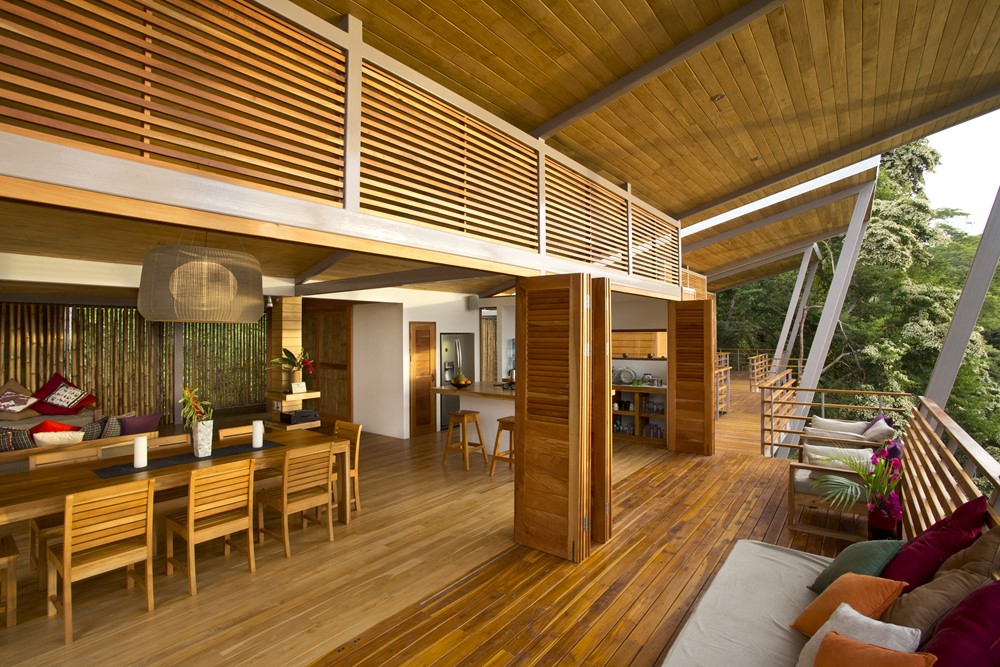 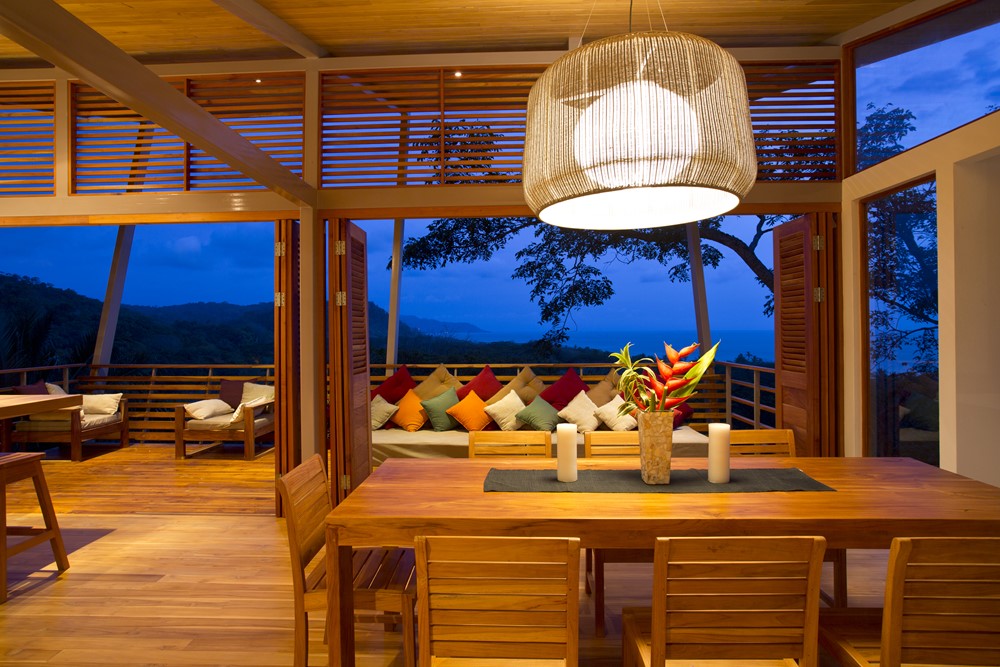 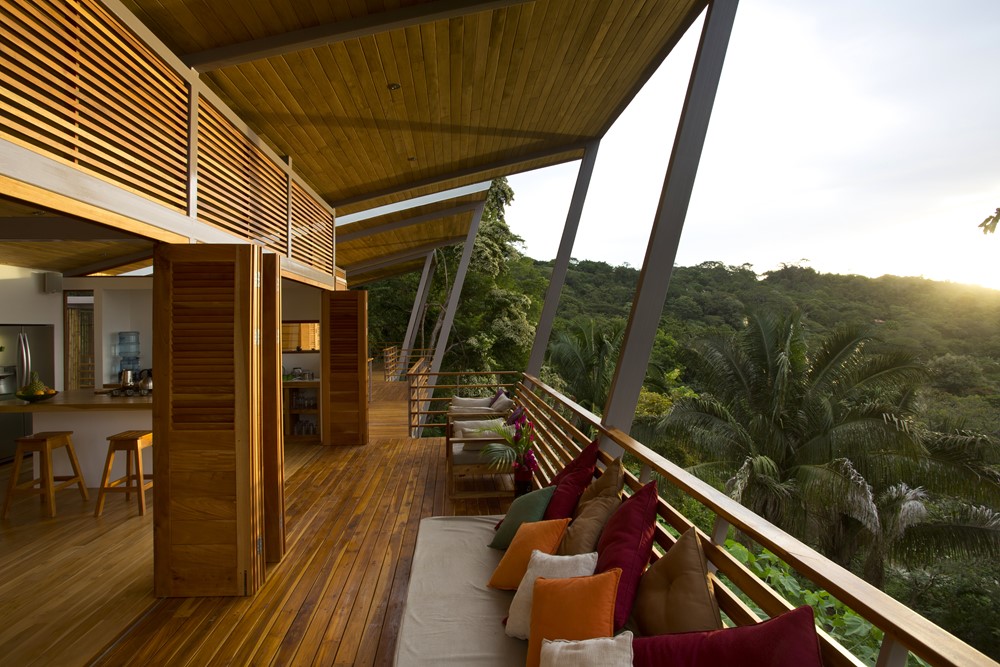 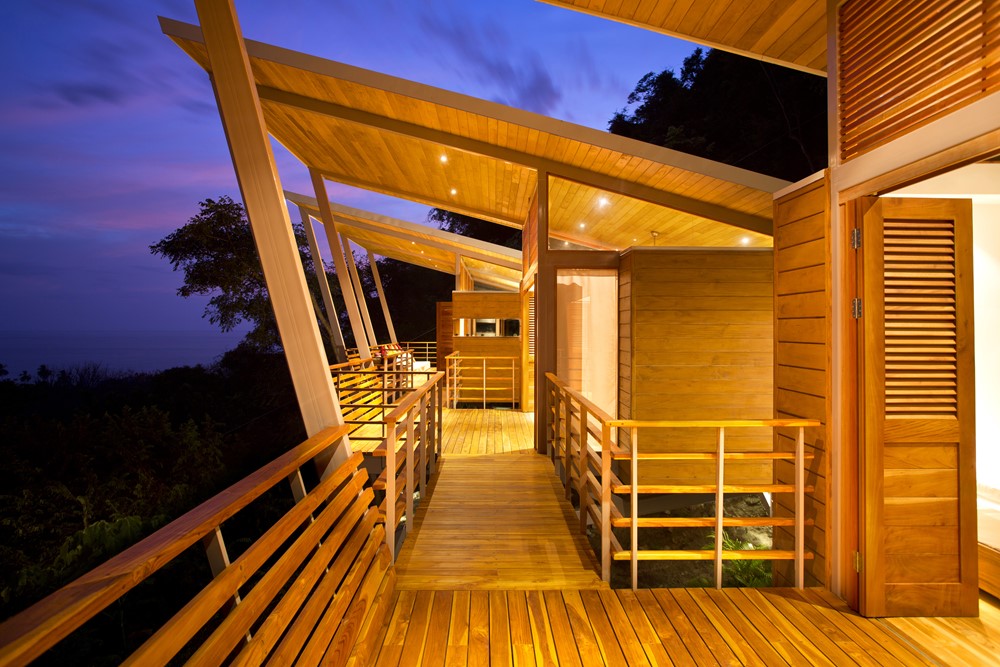 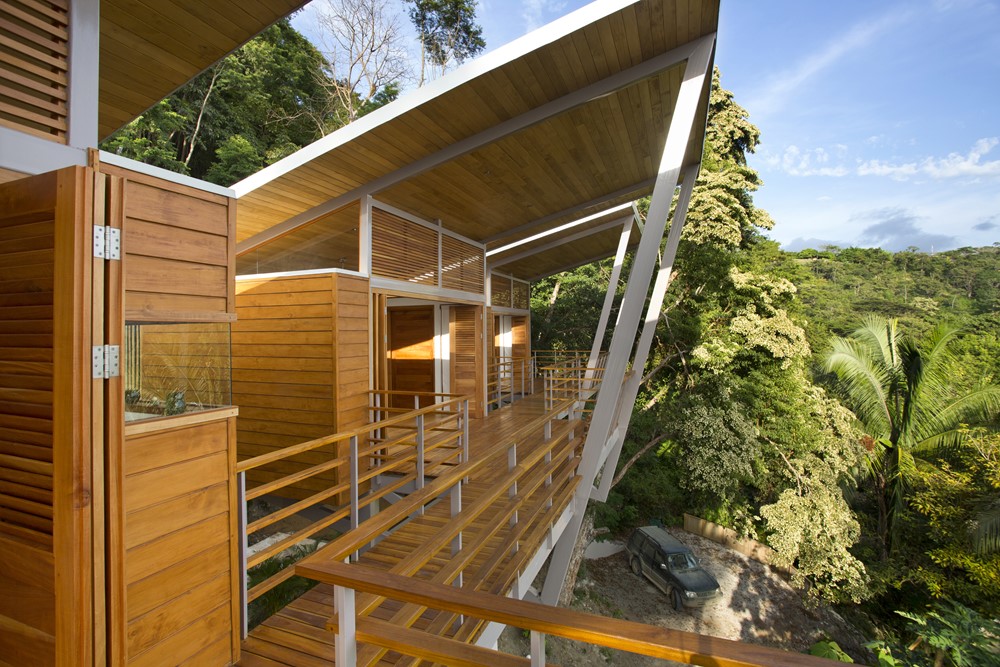 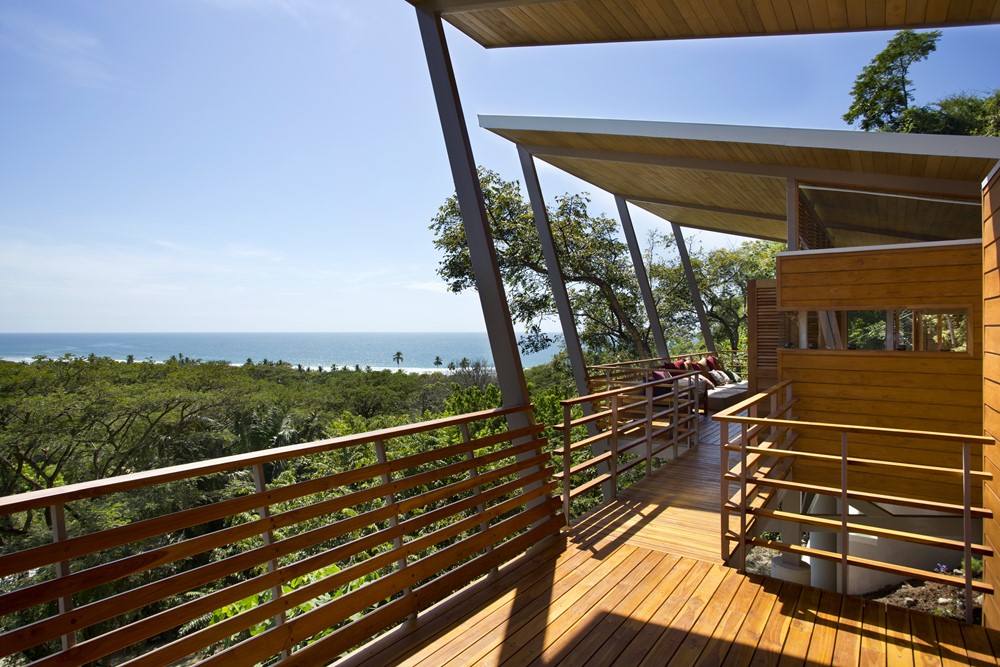 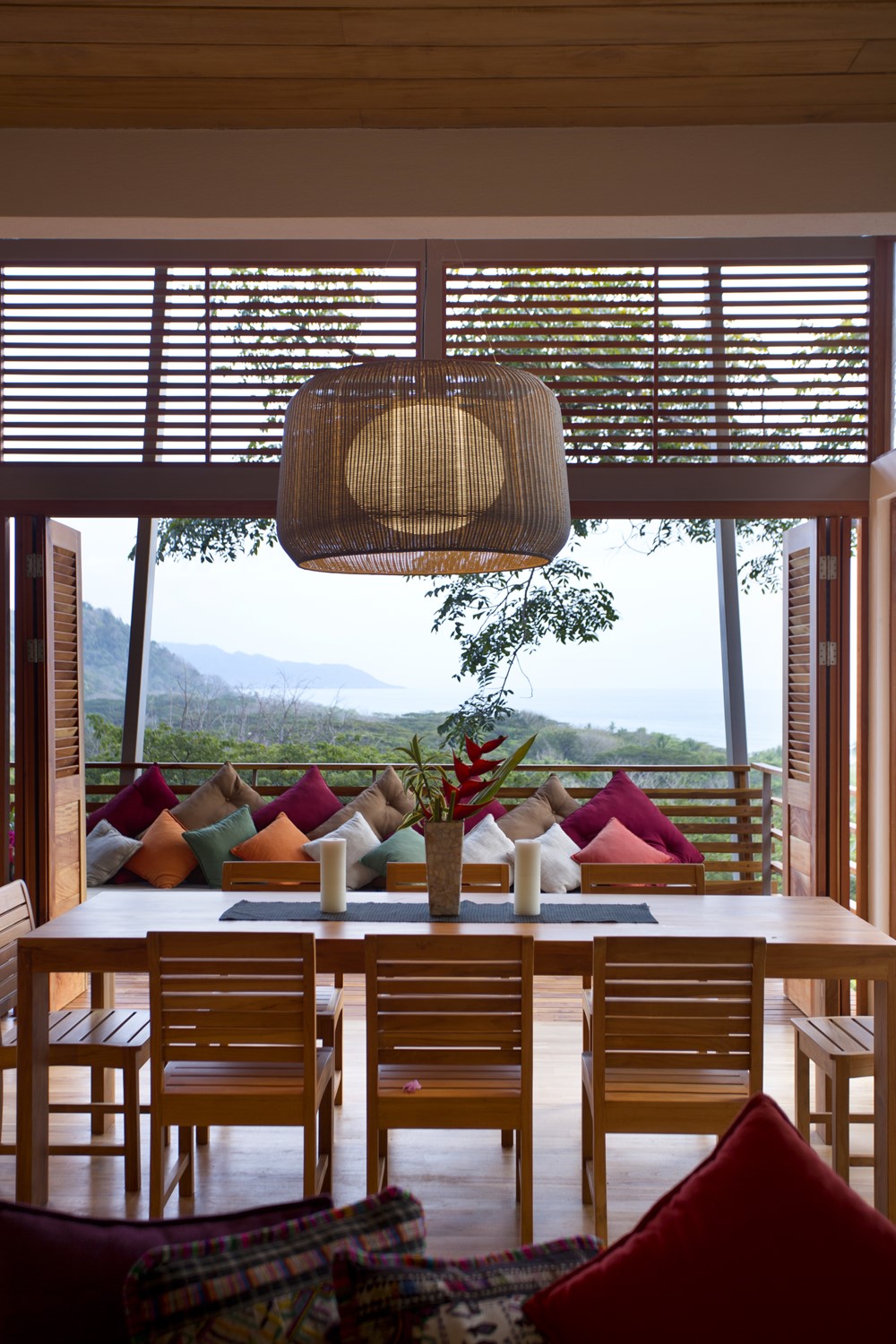 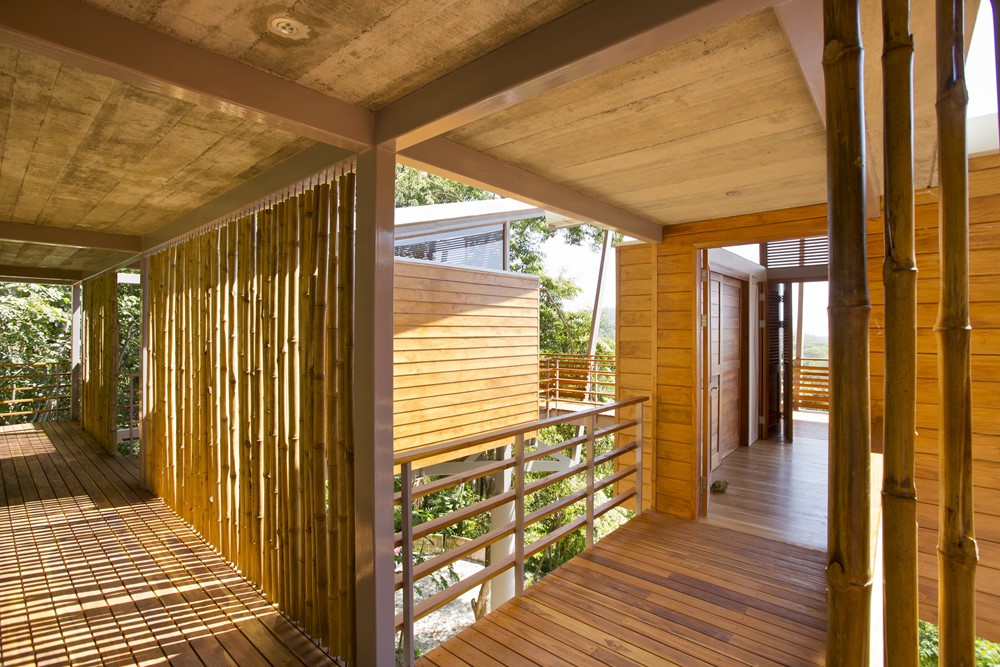 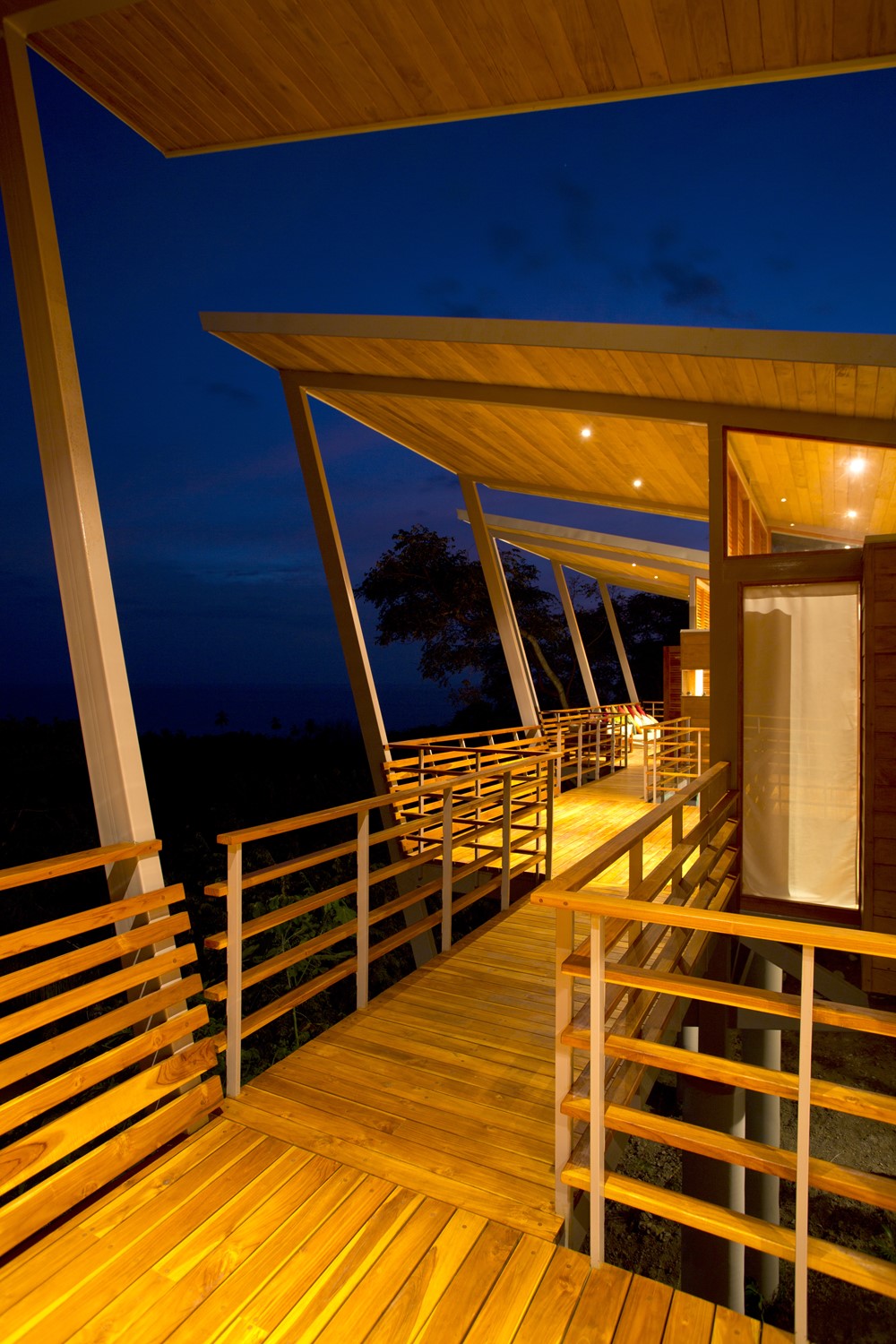 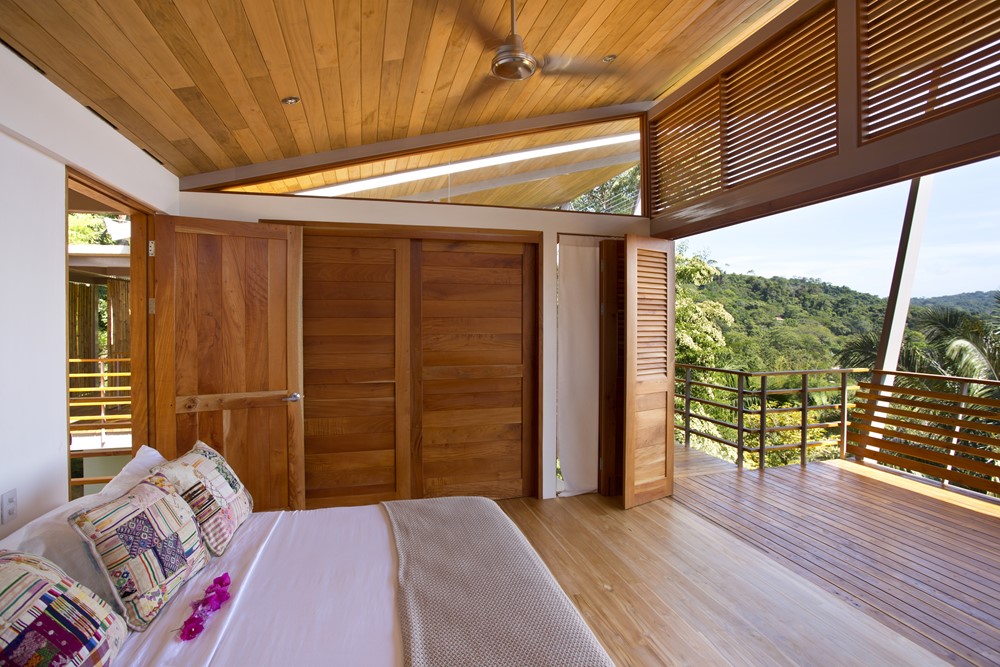 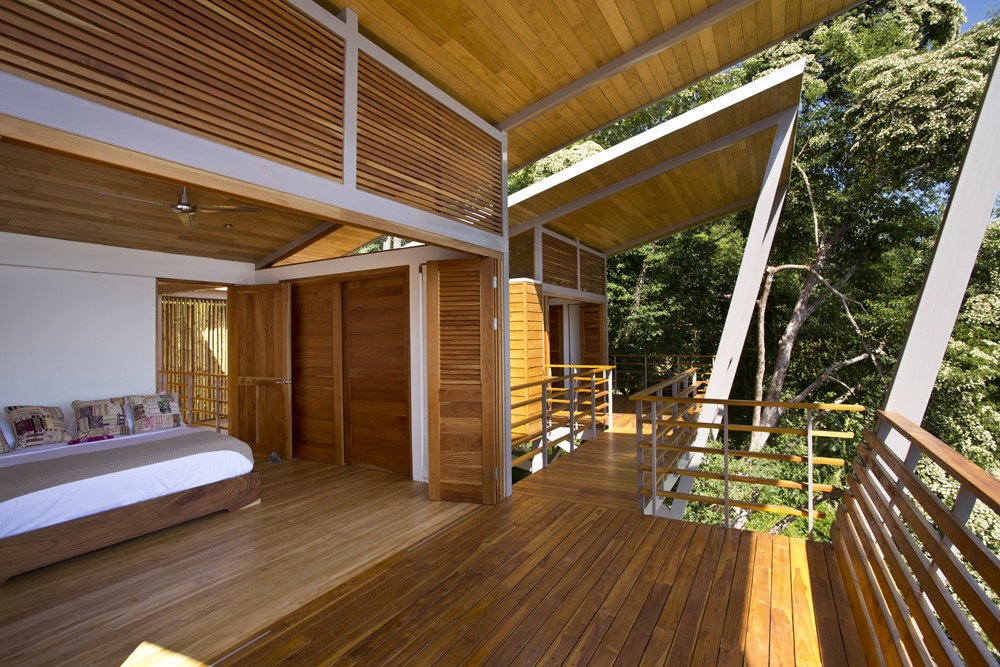 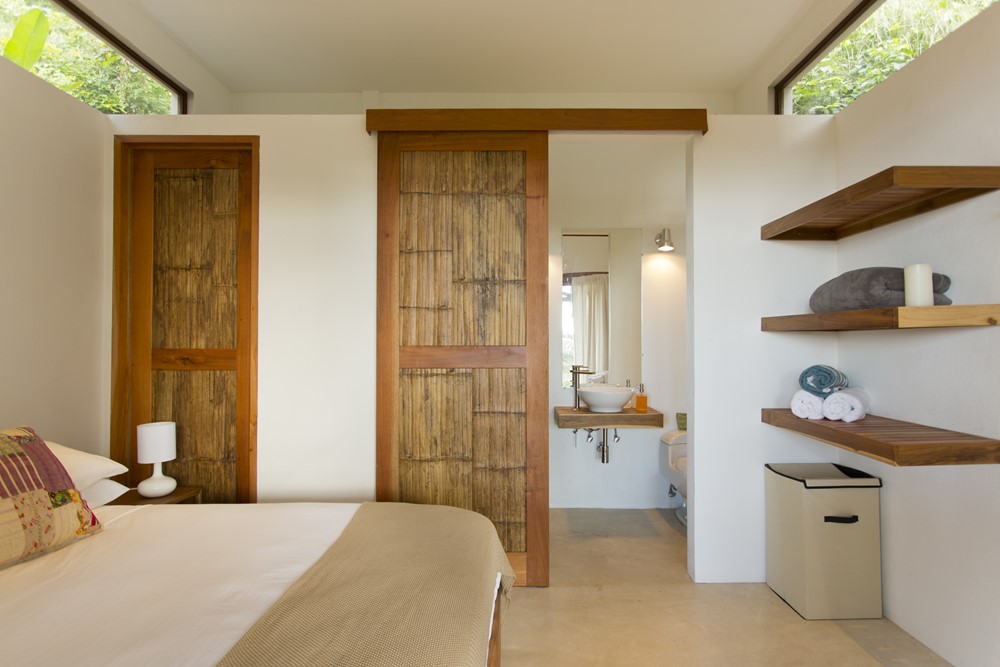 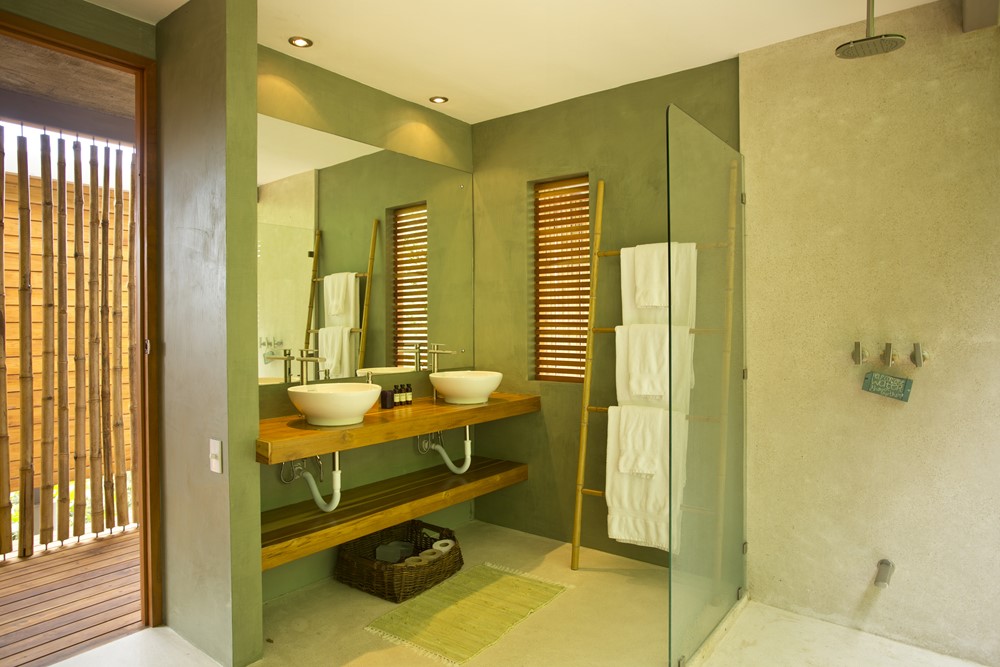 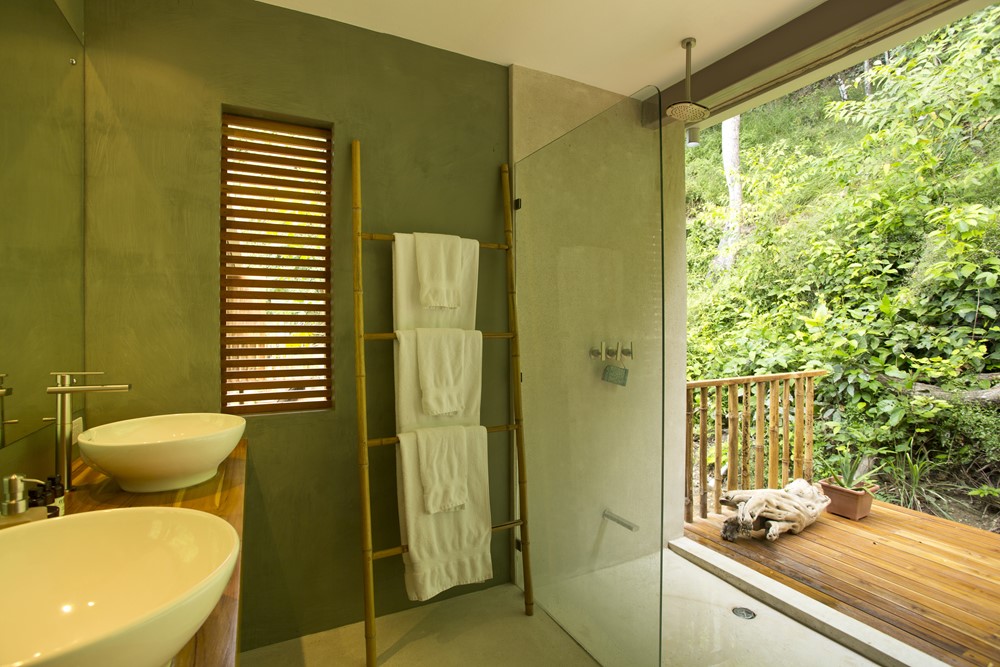 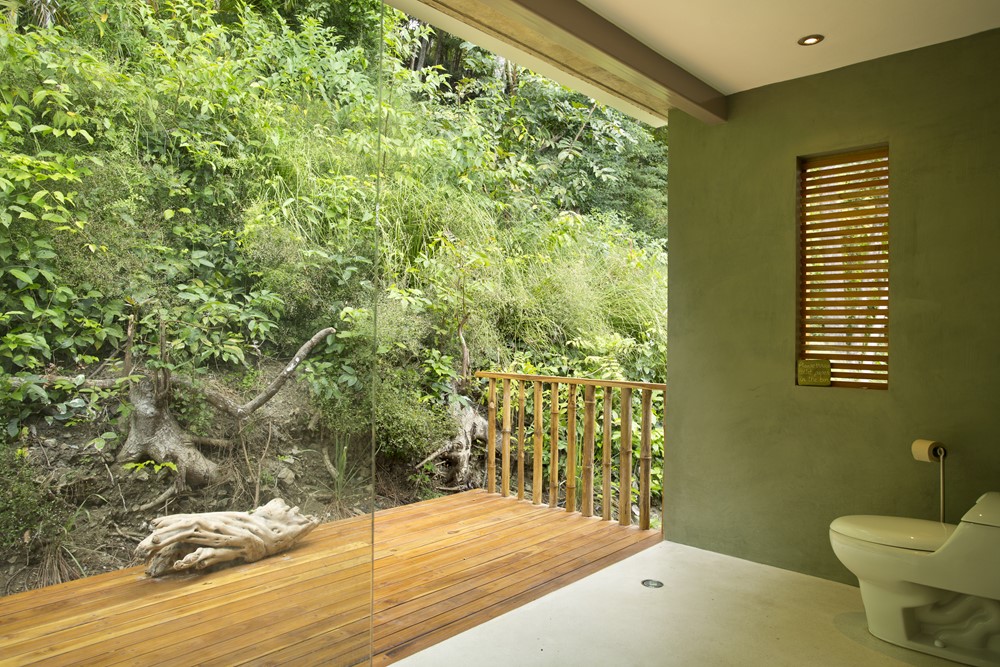 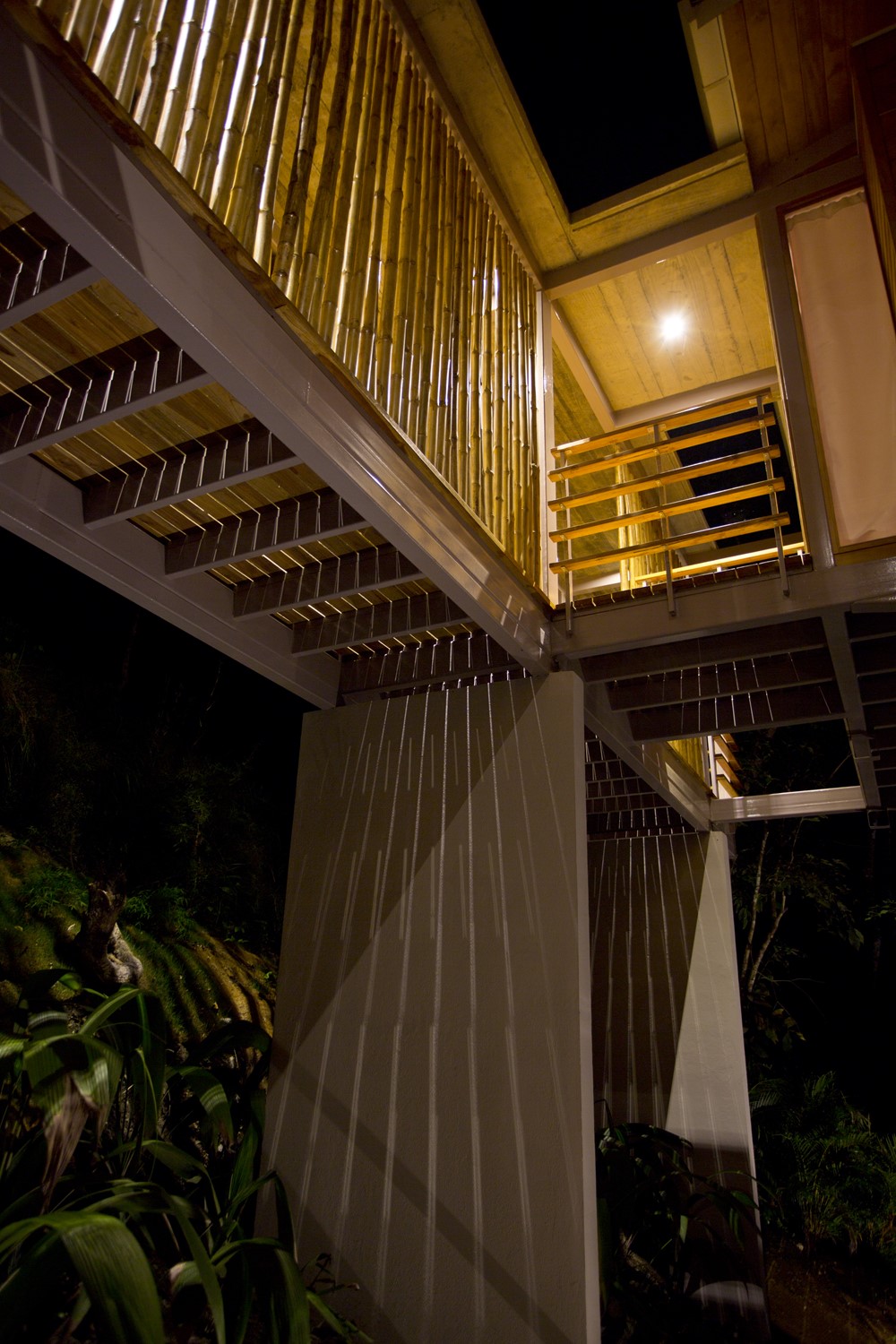 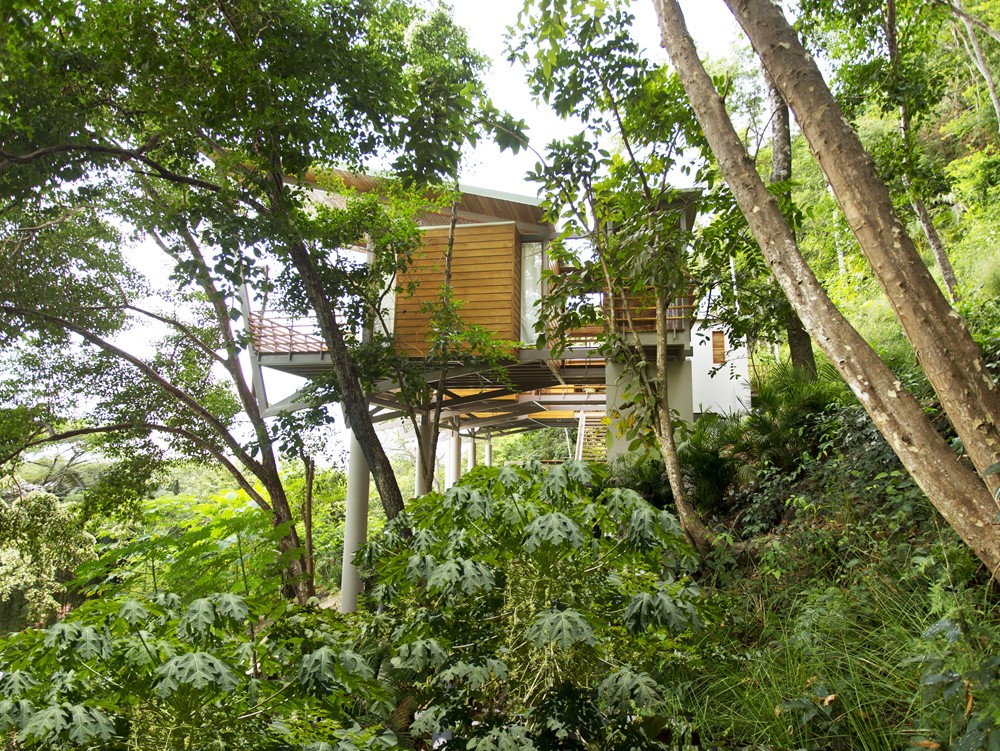 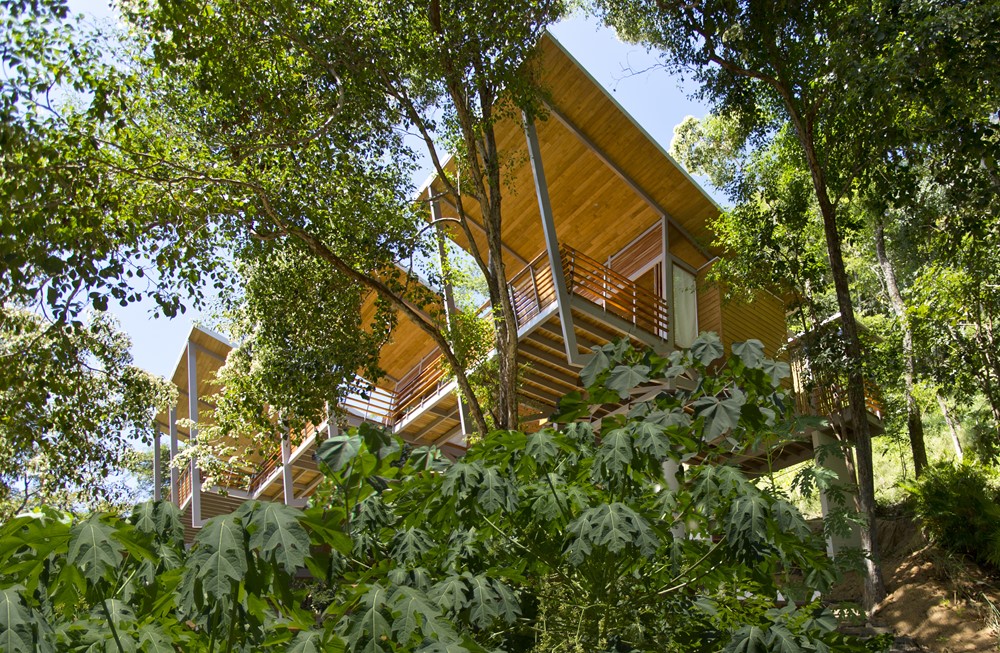 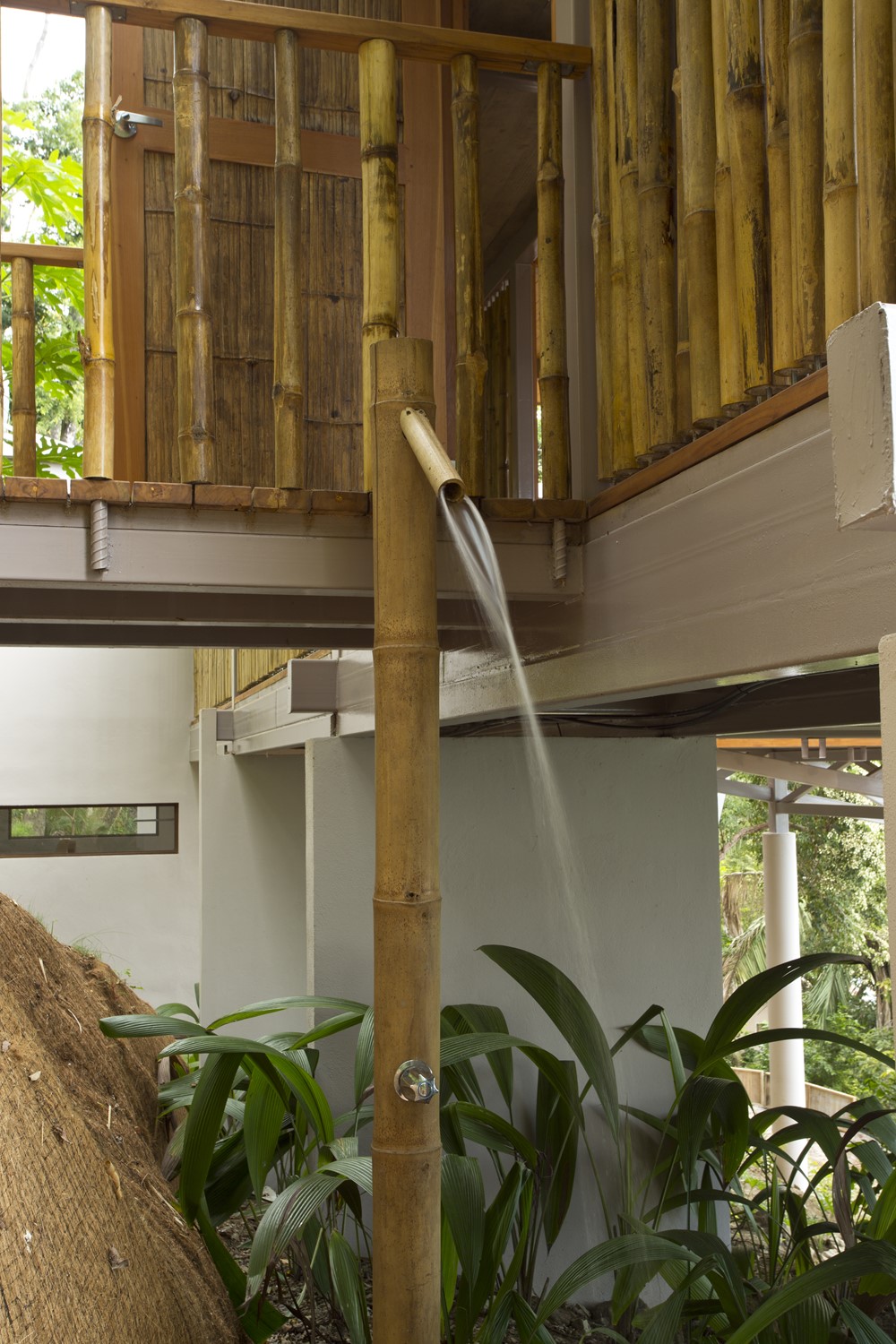 “The Gooden-Nahome family wanted to create their family home on the Pacific Coast of Costa Rica and found an incredible site overlooking the ocean. The biggest constraint we encountered was that the site was predominantly on a very steep slope, and the view of the ocean was captured only at the mid-upper portion of the site. We saw this not as a negative aspect but rather saw an opportunity of exploring together an architecture that was appropriate for this kind of conditions. Together we explored possibilities of creating large retaining walls and cutting back the soil in order to place the house, a technique used by most houses around the area.
Ultimately, we decided to do the exact OPPOSITE and actually allow the slope, the earth, the vegetation, water, and animals to flow underneath the house. We then floated the house up in the air and by doing this we managed to save on the immense cost of creating soil retention walls around the site. This almost common sense and obvious decision created a very light touch intervention that allows the terrain to breathe whilst providing a spectacular view to the ocean from the key location on the site.
The house is created out of modules that are repetitive and linked by flying bridges that hover over the landscape. As the house had to be built on a steep slope, many of the pieces were prefabricated and craned up to position. We not only standardized a repetition of living modules which can continue to grow and be added in time, but also created a repetition of the primary structural elements in order to ease the time and effort of construction. The result is that of a home that floats above the earth, allows for its natural environment to continue to grow and change, and captures an astounding ocean view. For us it is a great pleasure to know that with common sense, creativity, and clever engineering, we managed to create a unique home in a seemingly impossible location.”