The Light Box by Finnis Architects and Damon Hills is a recently completed modern extension to a heritage Californian Bungalow in Northcote, Melbourne, Australia. Photography by Tom Roe. 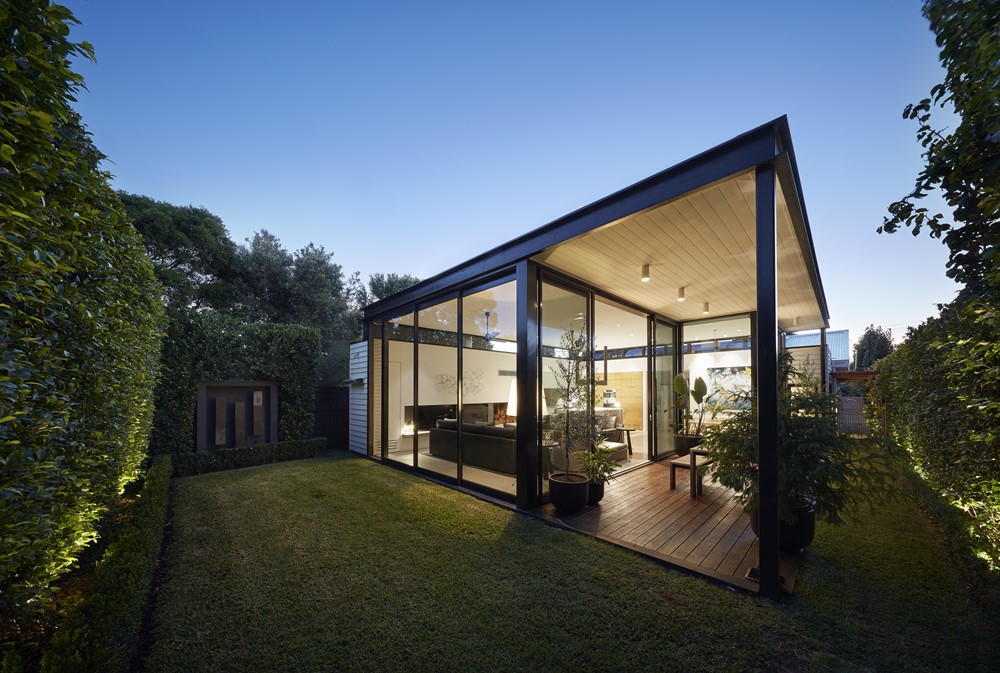 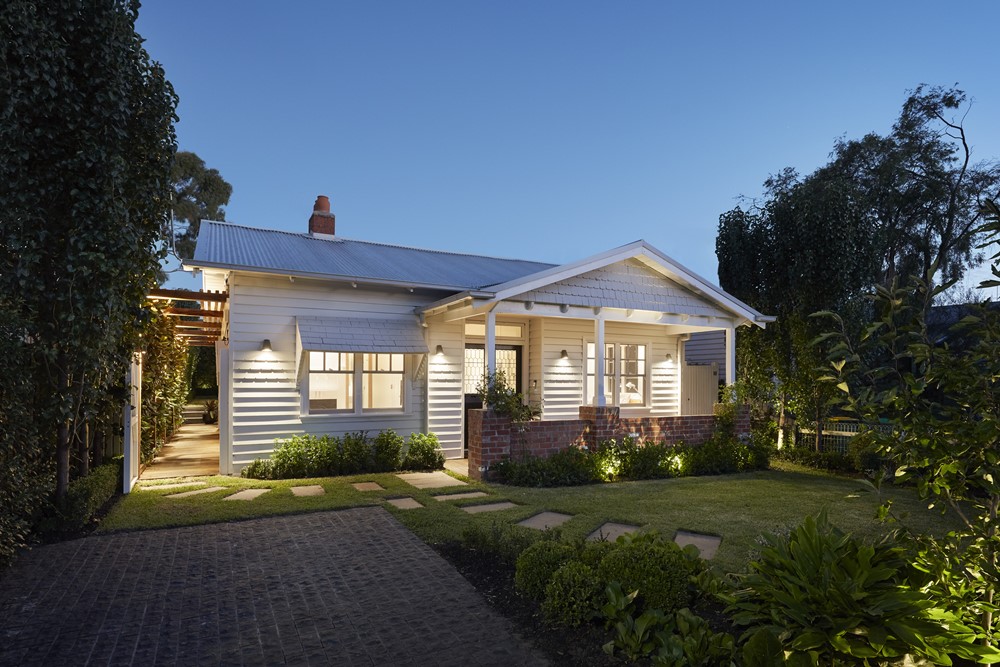 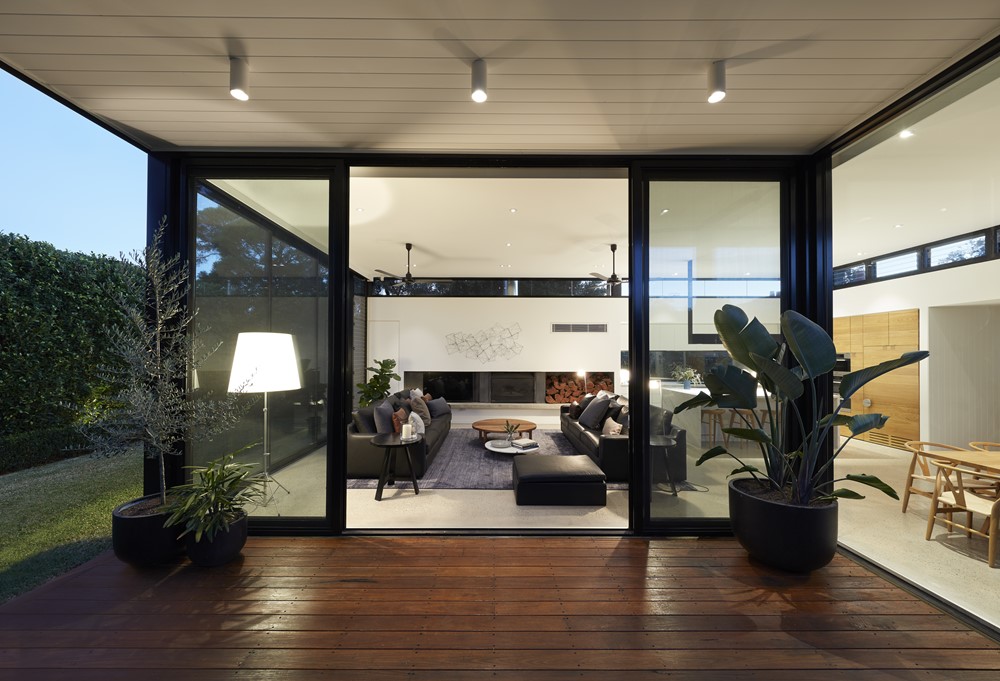 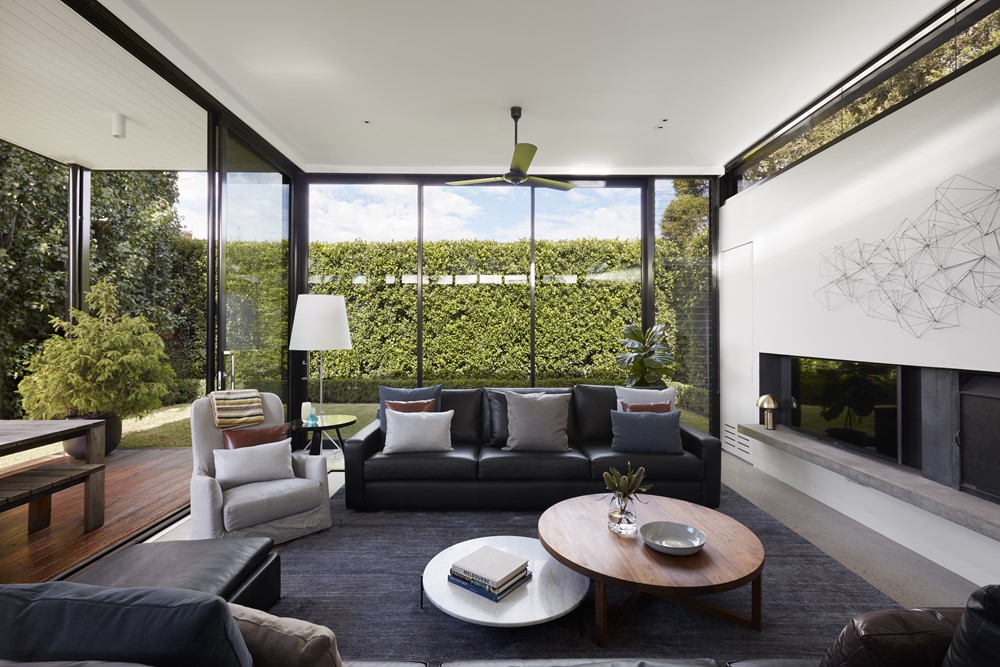 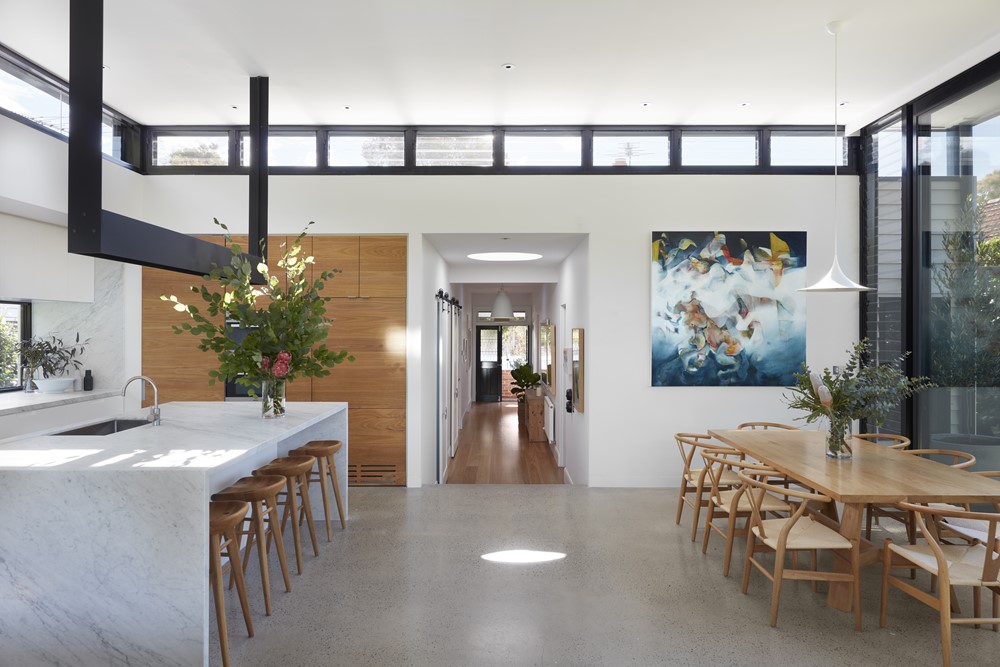 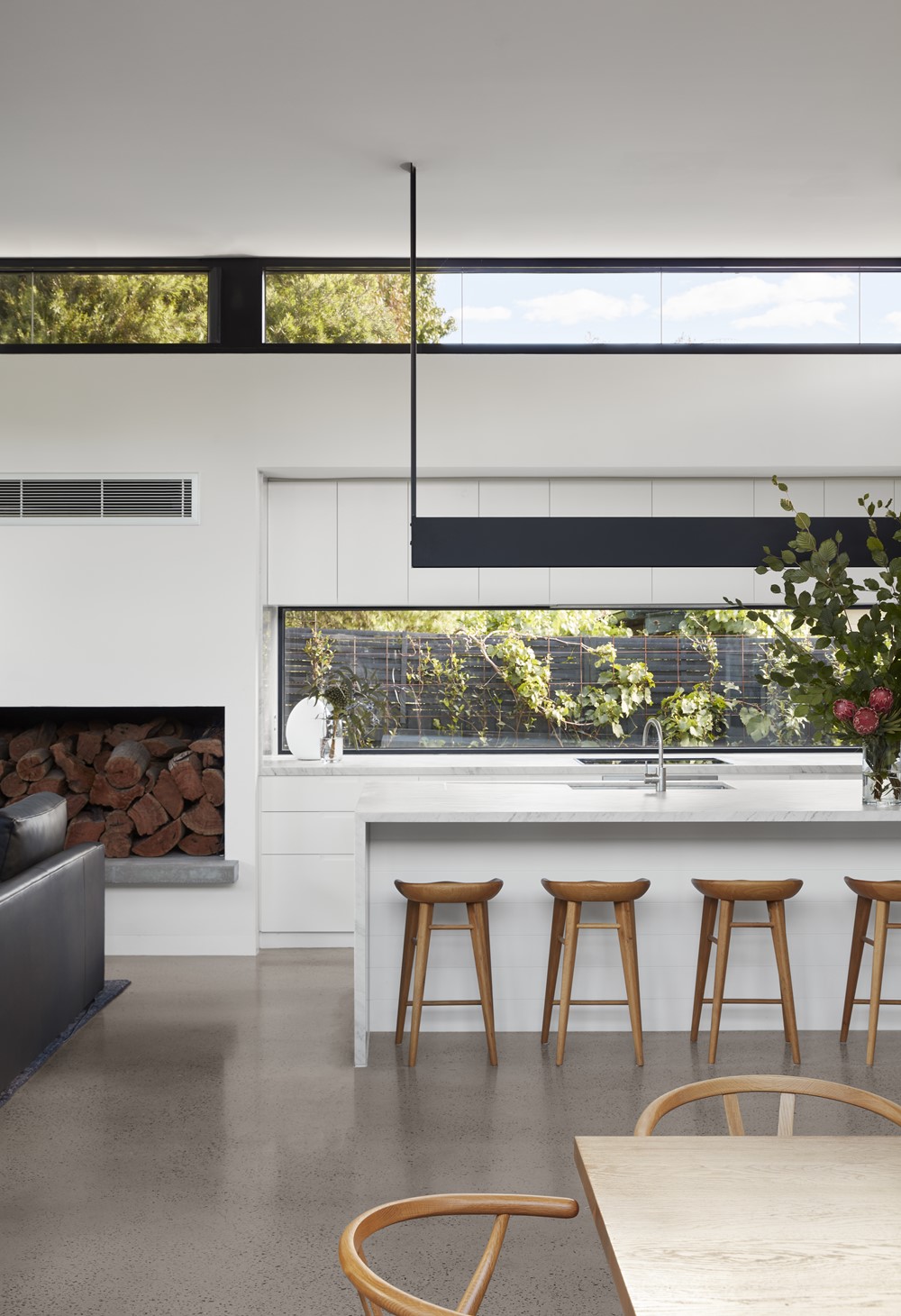 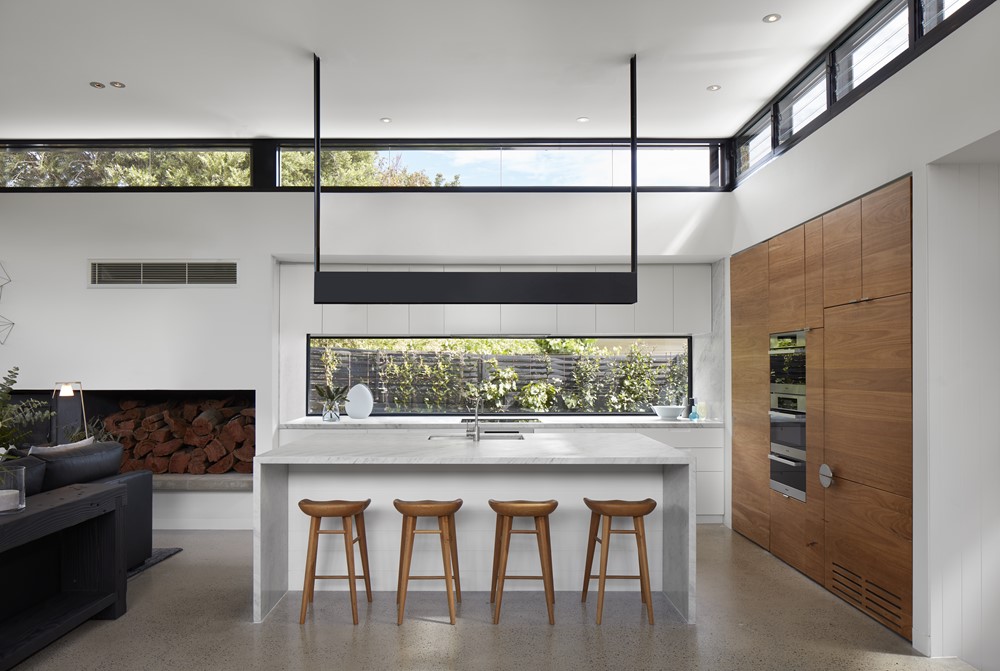 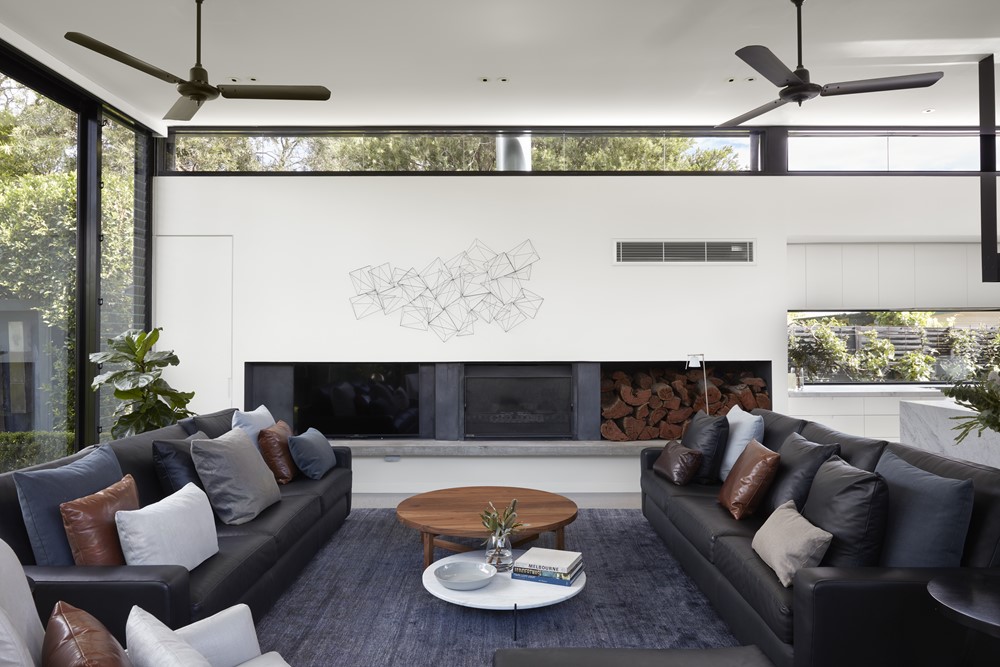 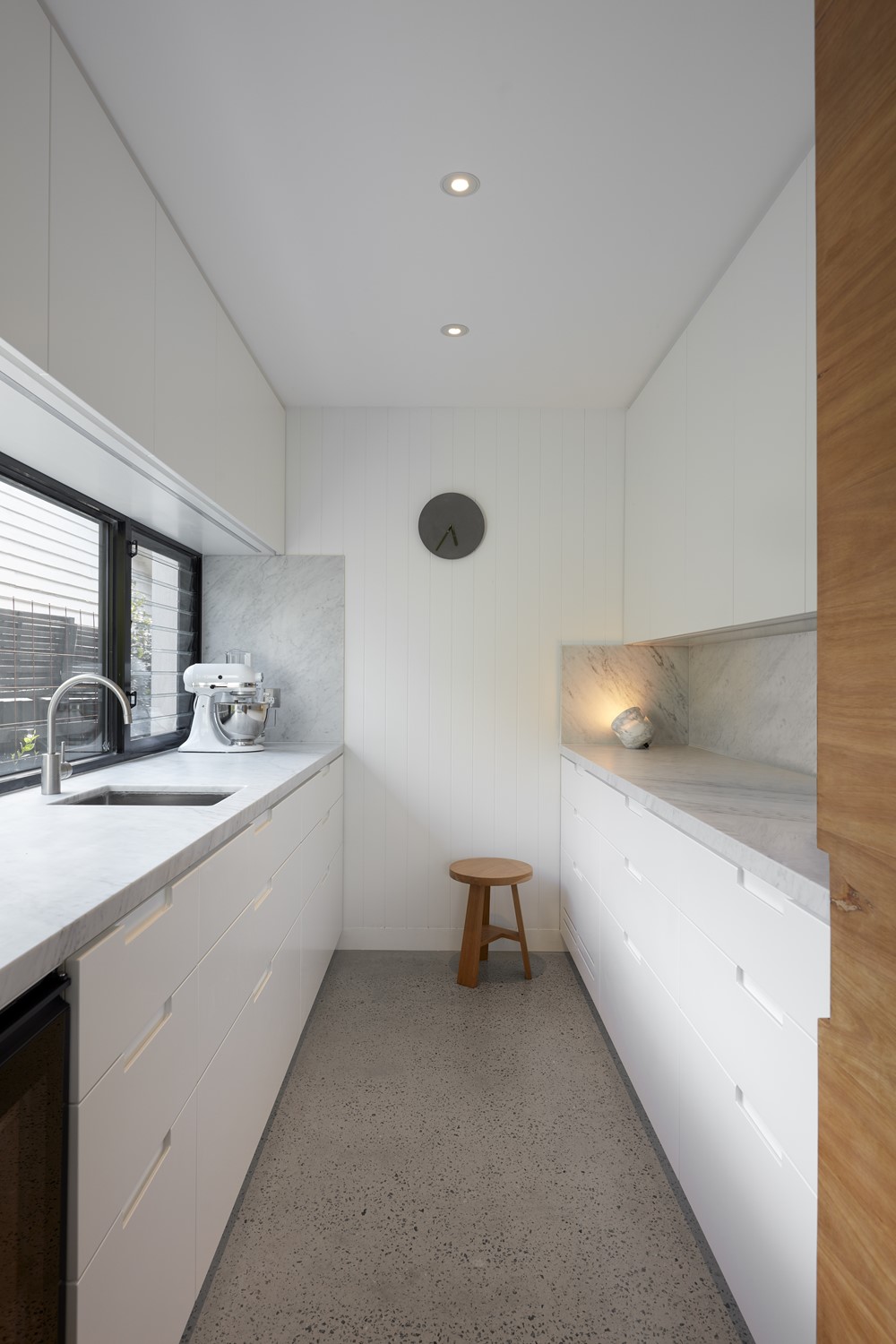 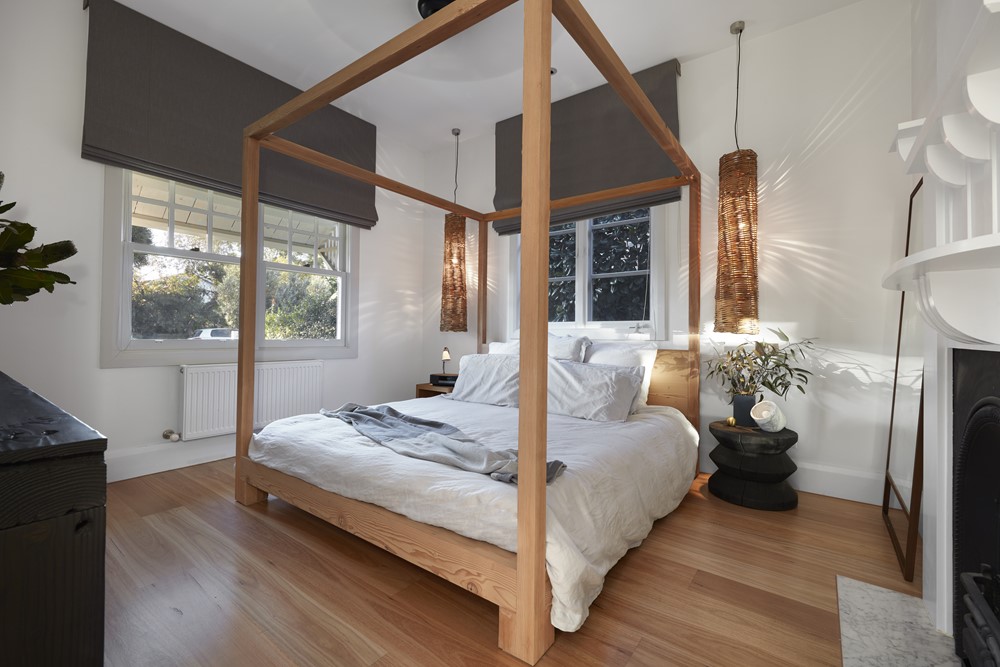 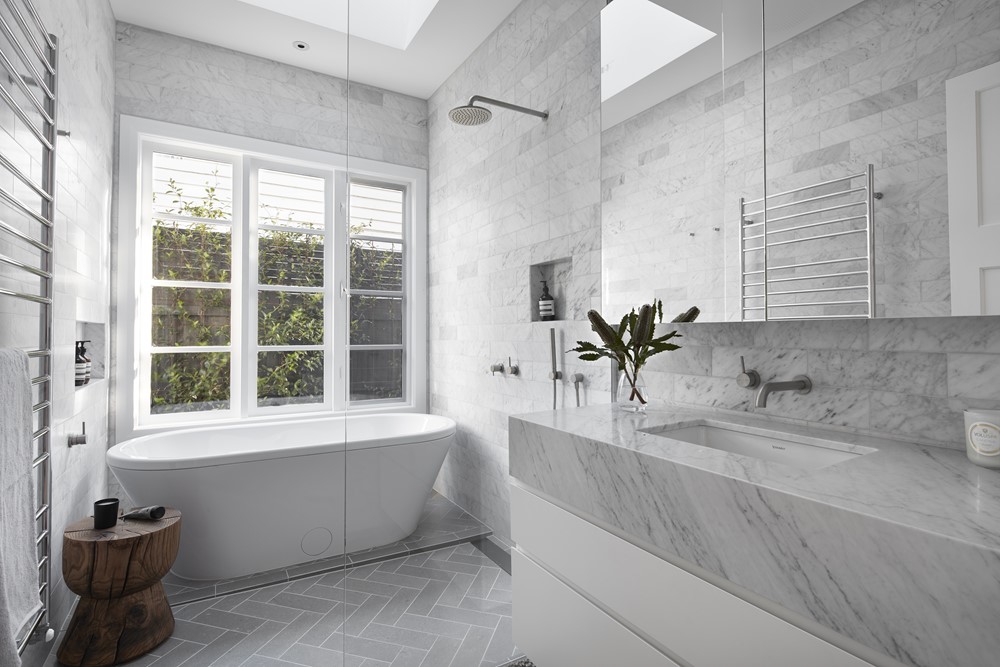 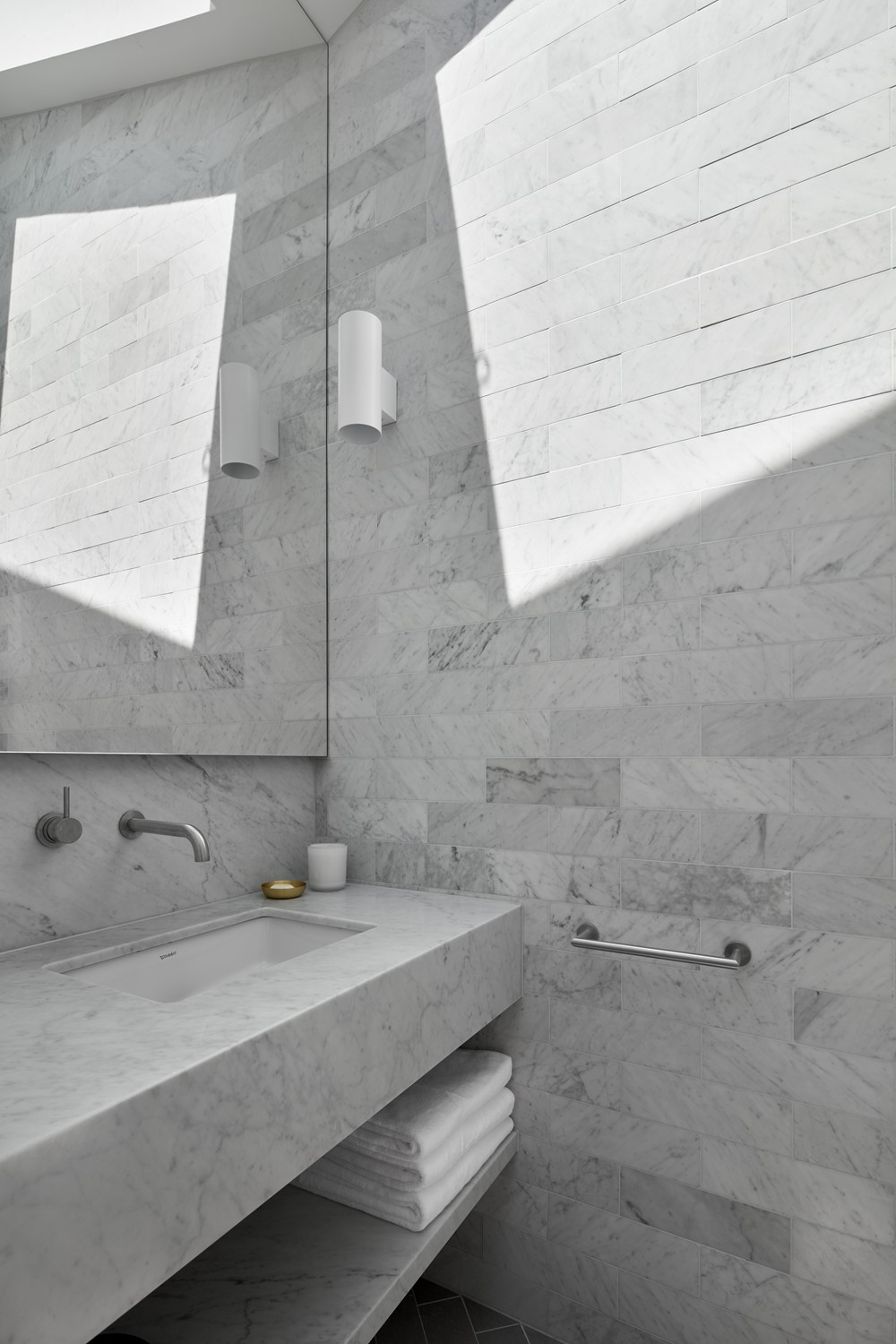 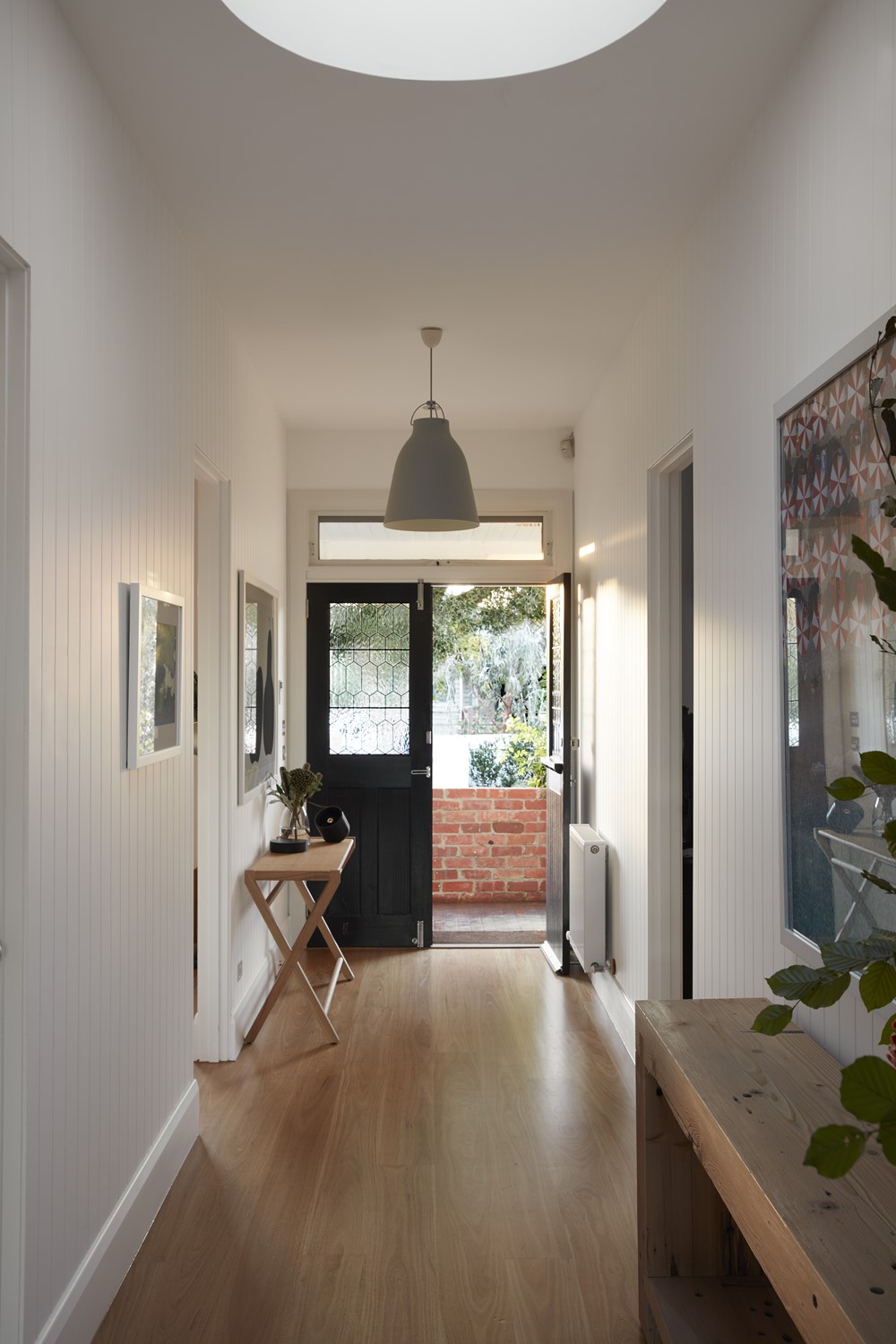 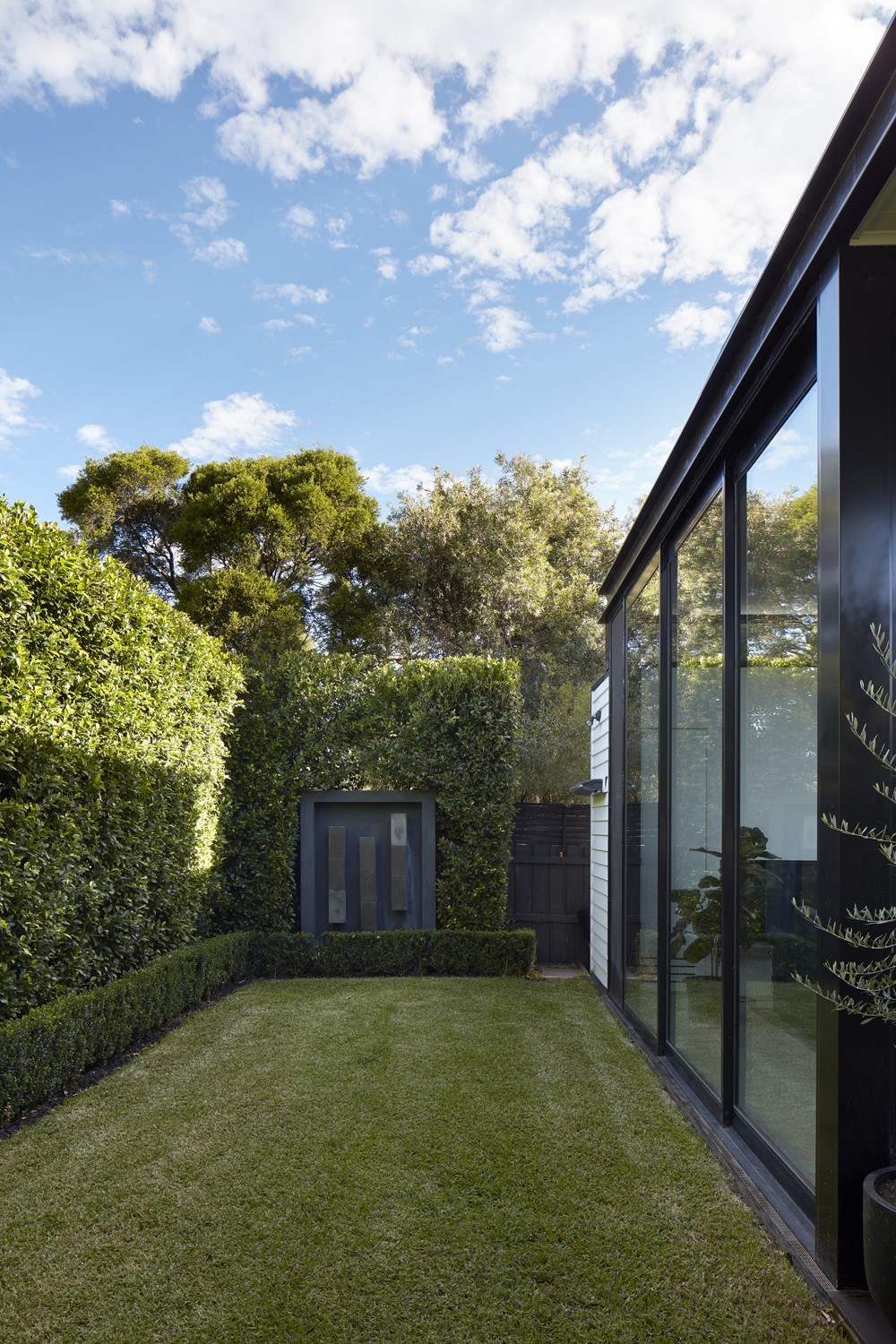 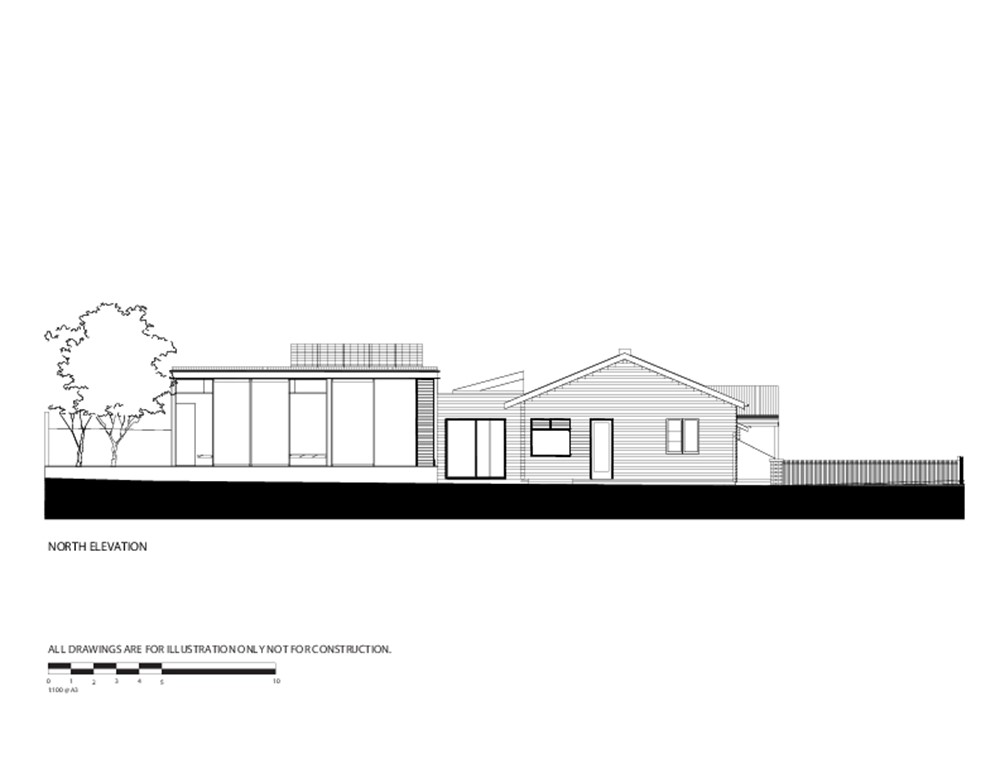 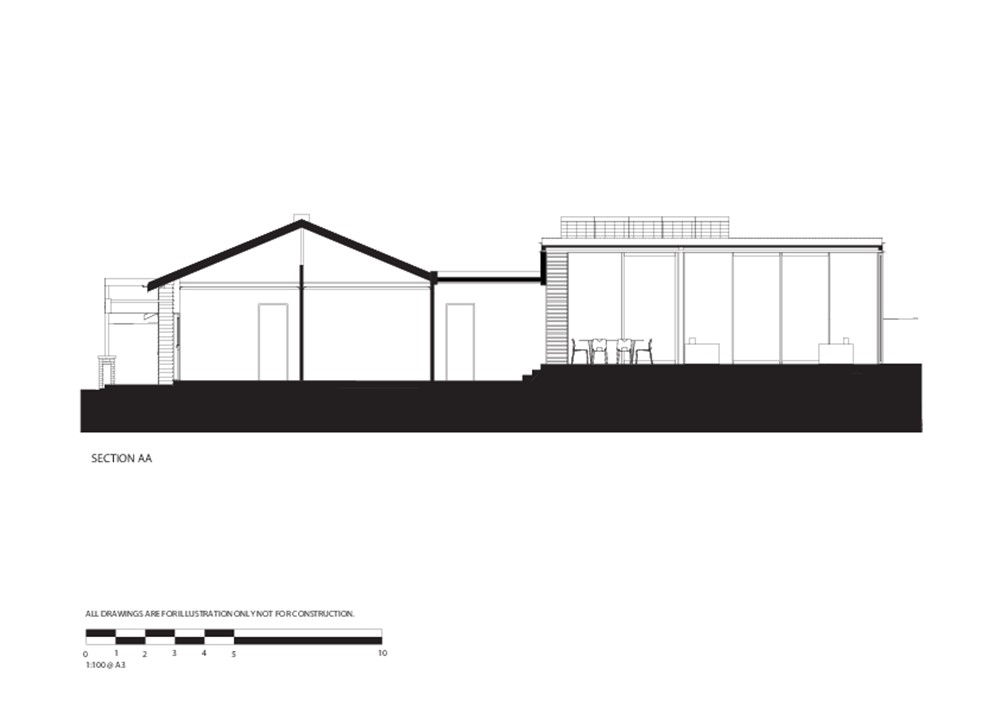 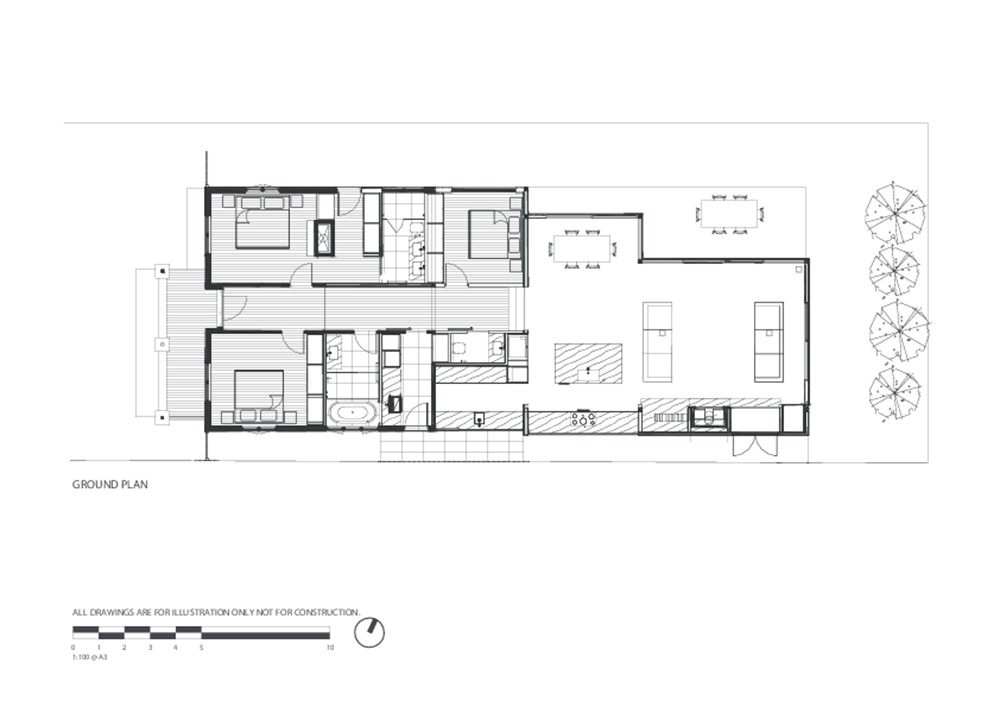 The Light Box is a Californian bungalow renovation located in an area of significant heritage in Northcote, Melbourne.. It was important when designing this home not to denote but rather aim to uphold and celebrate the original charm of the dwelling.

Californian Bungalows aren’t famously considered remarkable individually, the home plays a greater role as a collective in the consistent design of the area. The modesty of the street front restoration was integral to the overall success of the home in maintaining its role in the historical and aesthetic significance of Northcote.

The dilapidation of the original dwelling meant that it wasn’t possible to keep or restore a significant amount of interior detailing. To retain the original characteristics of the dwelling, modern interpretations of these features where employed. The rotting floorboards were replaced and retained with new boards, a craftsman style fireplace was installed in the same location as the original which was hidden behind old joinery and skirting boards replaced.

The threshold between new and old is gestured through the hallway that meets you with three steps upwards towards the modern extension, as floor materiality transitions from floorboard to polished concrete. As to not mock the pitched roof that is typical of the original and neighbouring bungalows, a flat roofline and a more modern silhouette for the extension was envisioned. Through this, the extension wouldn’t be visible from the street elevation and would also be easily distinguishable from the original.

The view from the hallway gives a glimpse of what awaits as the extension adds an element of surprise as you navigate to the rear of the property. The transition from the original weatherboard home with smaller window openings to an open plan modern living/kitchen area is revealed.

The extension was designed to nestle in with the backyard and act as a garden pavilion with full height windows bringing lush trees and greenery indoors. The step up in the design also meant that the concrete slab, deck and back lawn were at the same level. The extension would also be at a high enough level to include clerestory windows to filter more light through to the living area.

Two differing architectural styles have been married to celebrate and enhance the dignified heritage of this original Californian bungalow in Northcote. The modern extension has enabled light to be captured from all directions at different points of the day.