The Control/Shift House designed by MF Architecture is perched on the high side of the site which takes advantage of the view to the southeast. A gradual descending path navigates the change in terrain from the street to the entry of the house. A series of low retaining walls/planter beds gather and release the earth upon the descent resulting in a fairly flat level for the house to sit on the top one third of the site. The entry axis is aligned with the celebrated stair volume and then recenters on the actual entry axis once you approach the forecourt of the house. 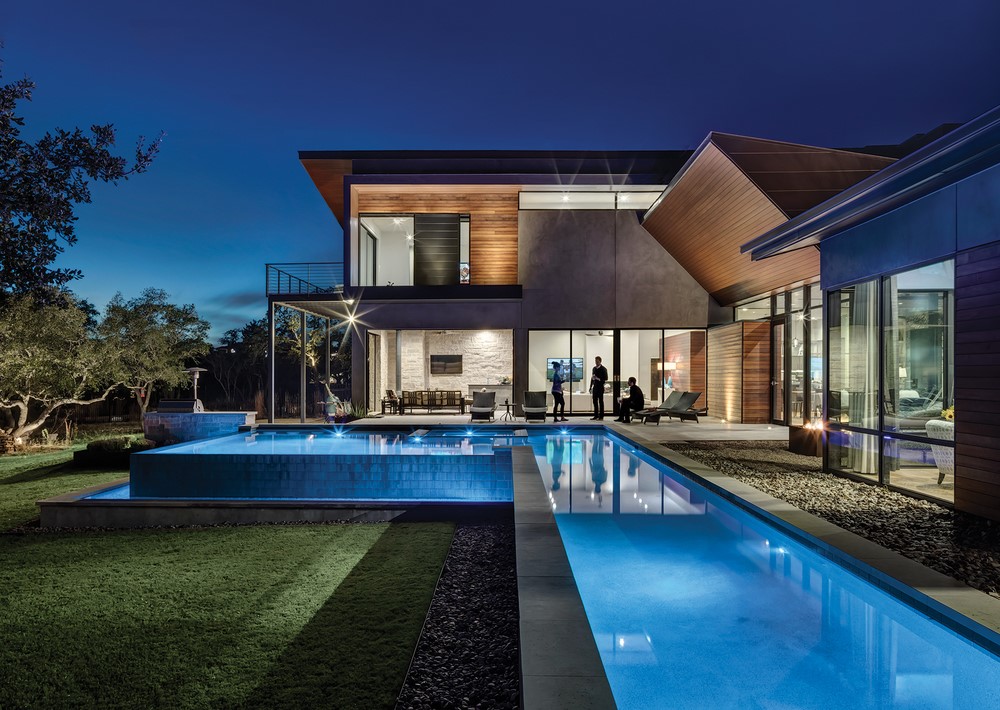 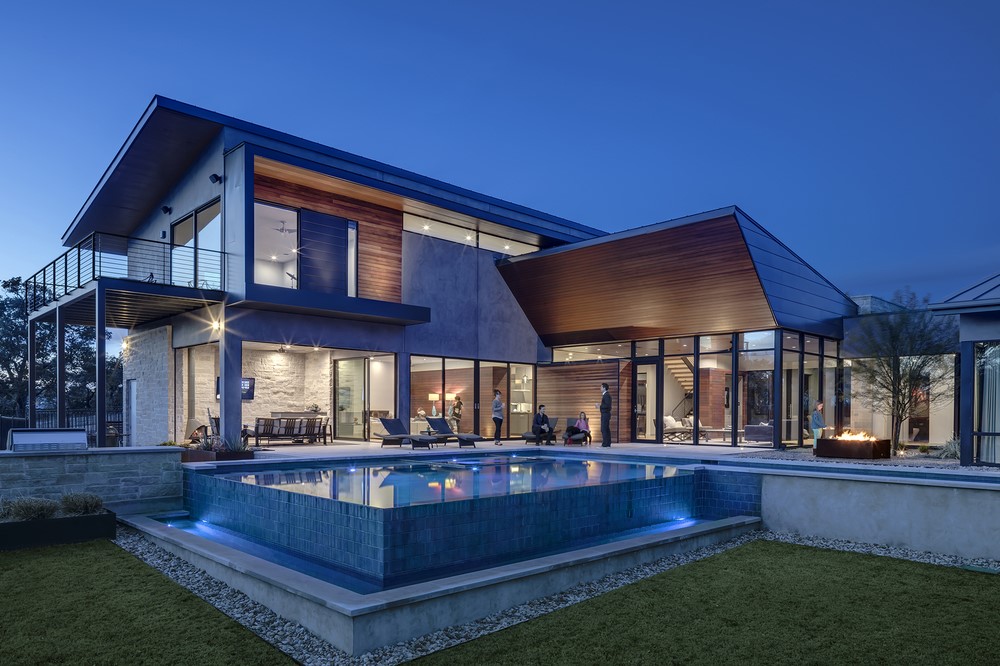 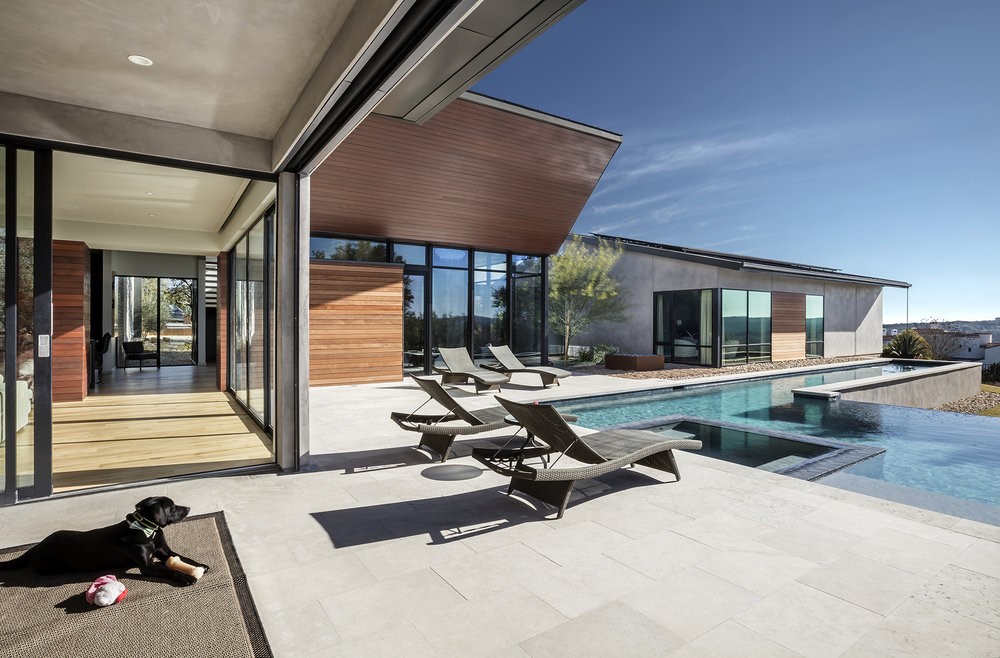 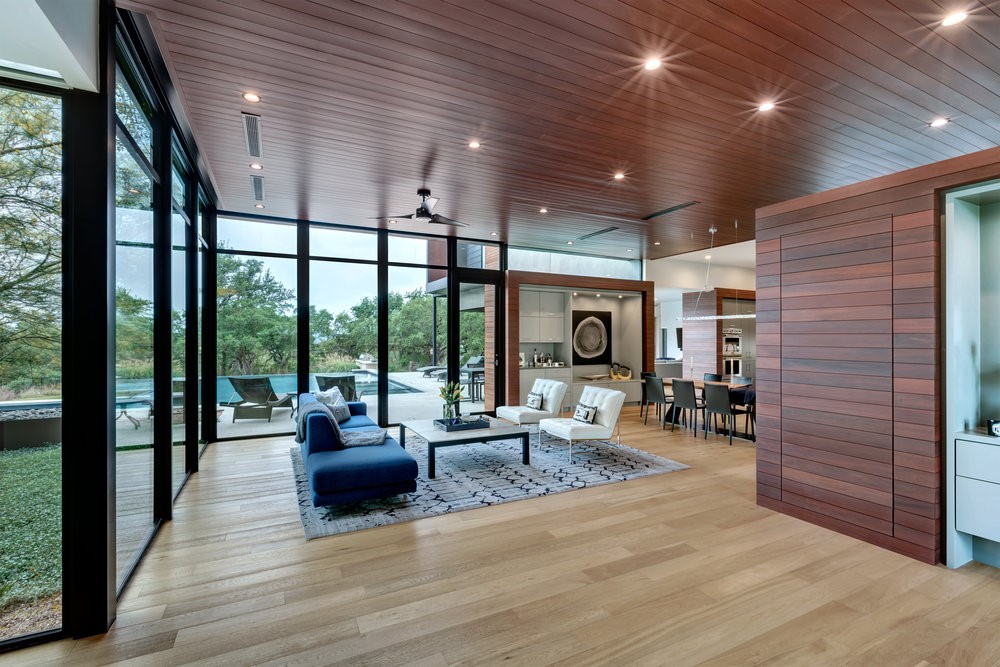 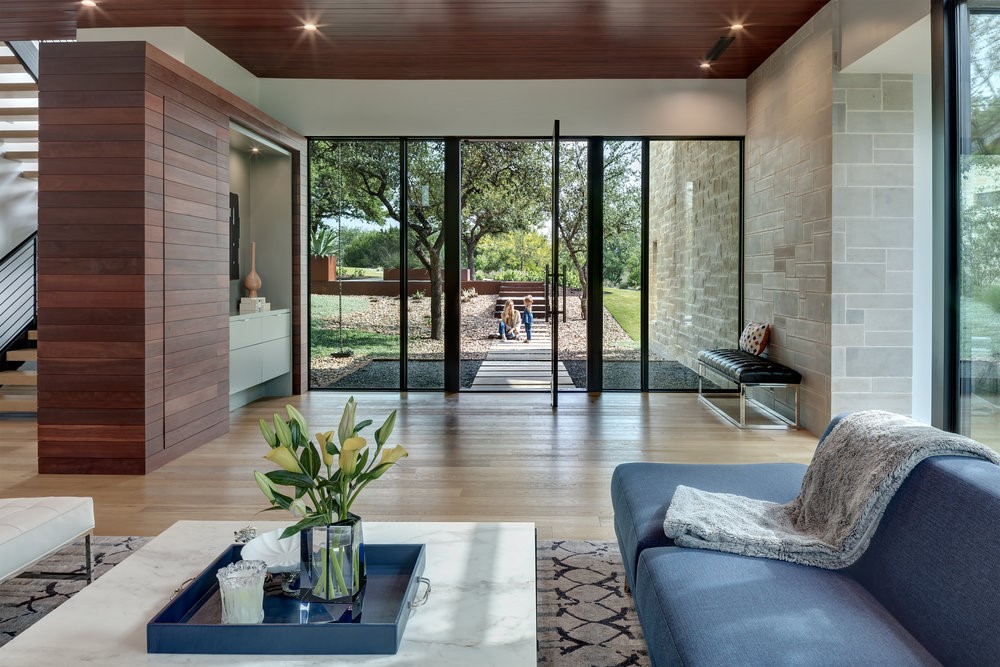 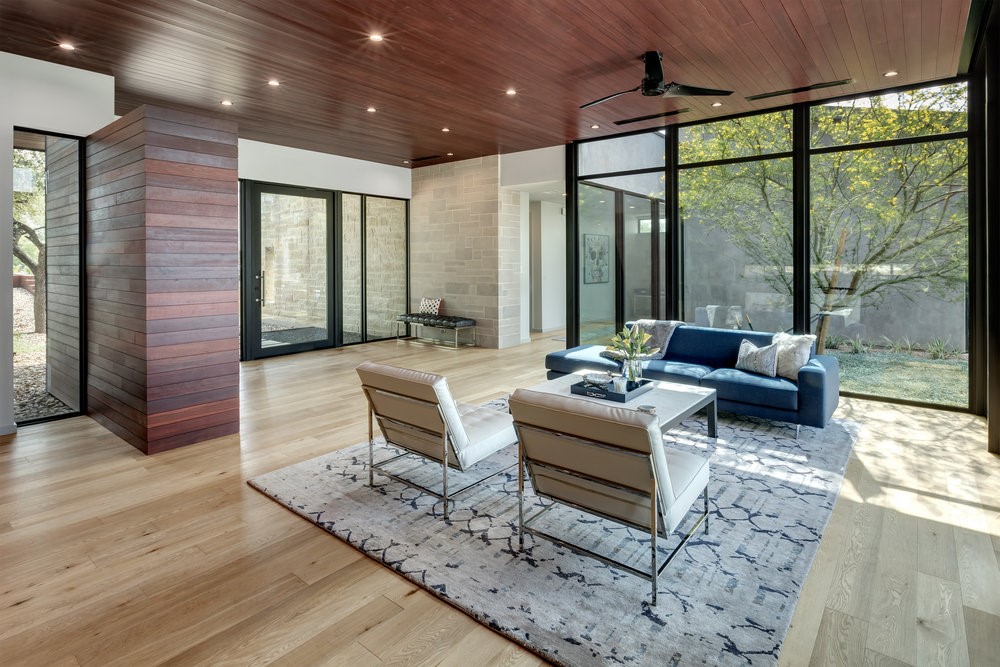 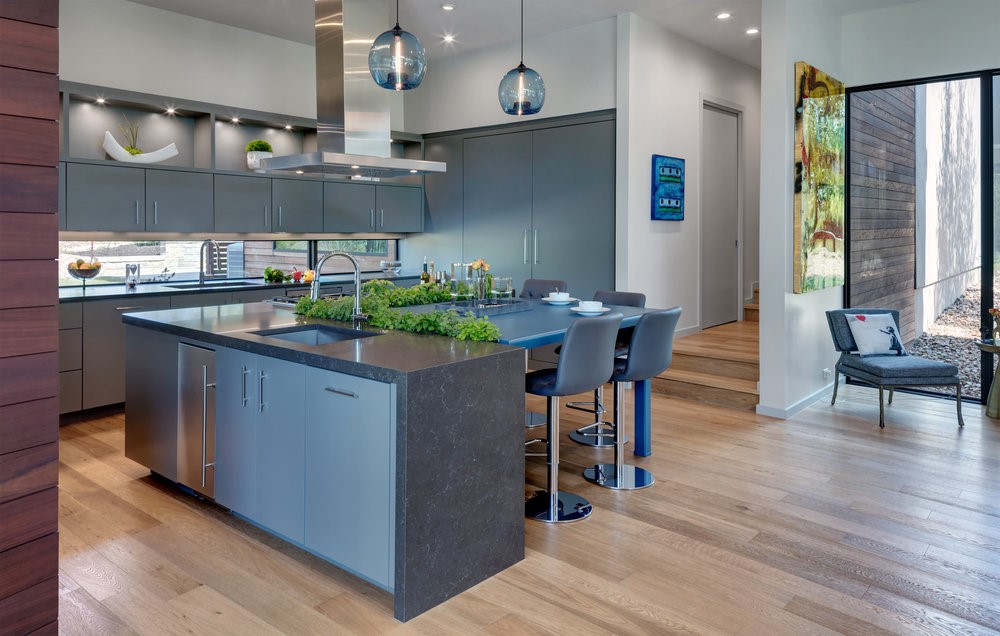 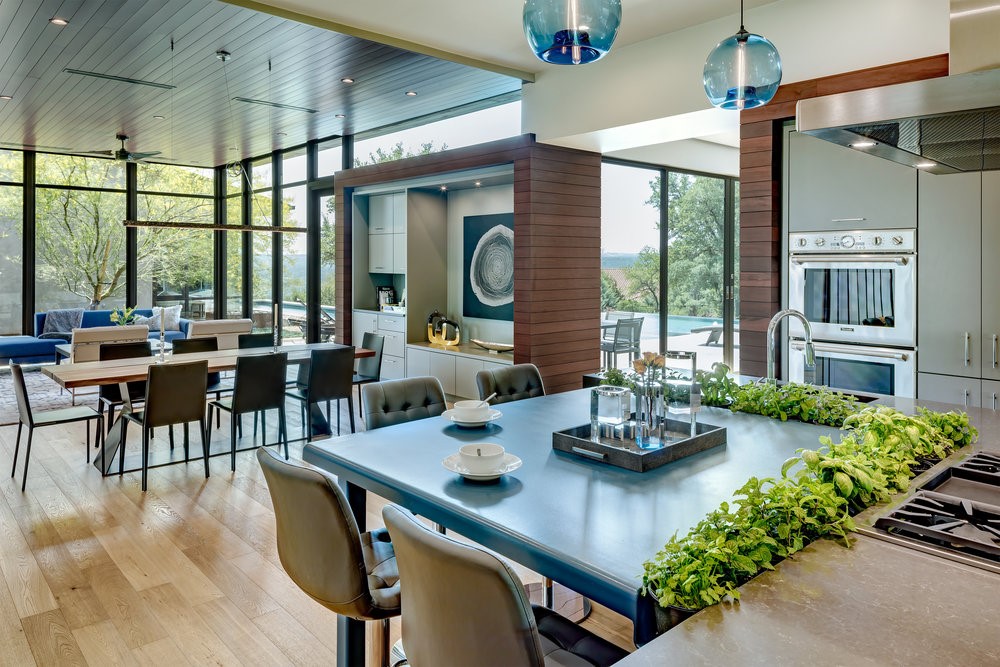 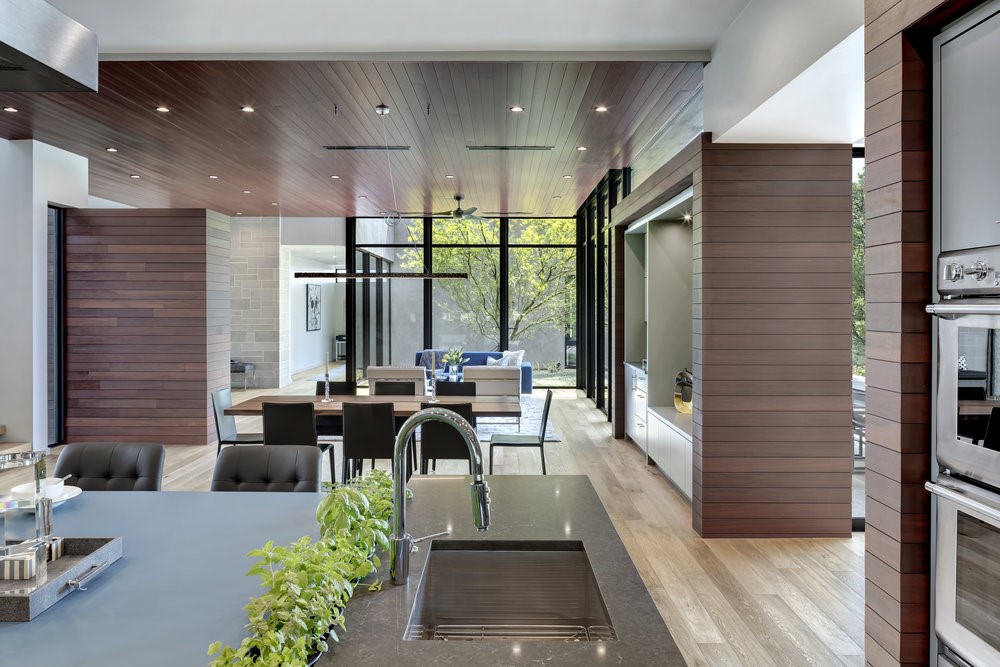 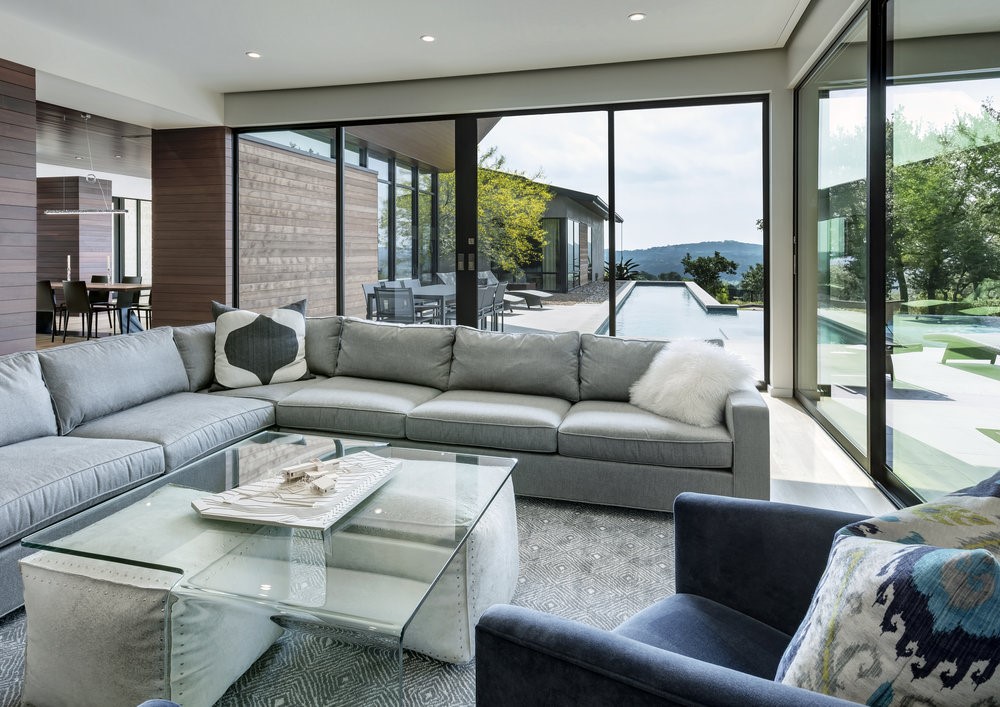 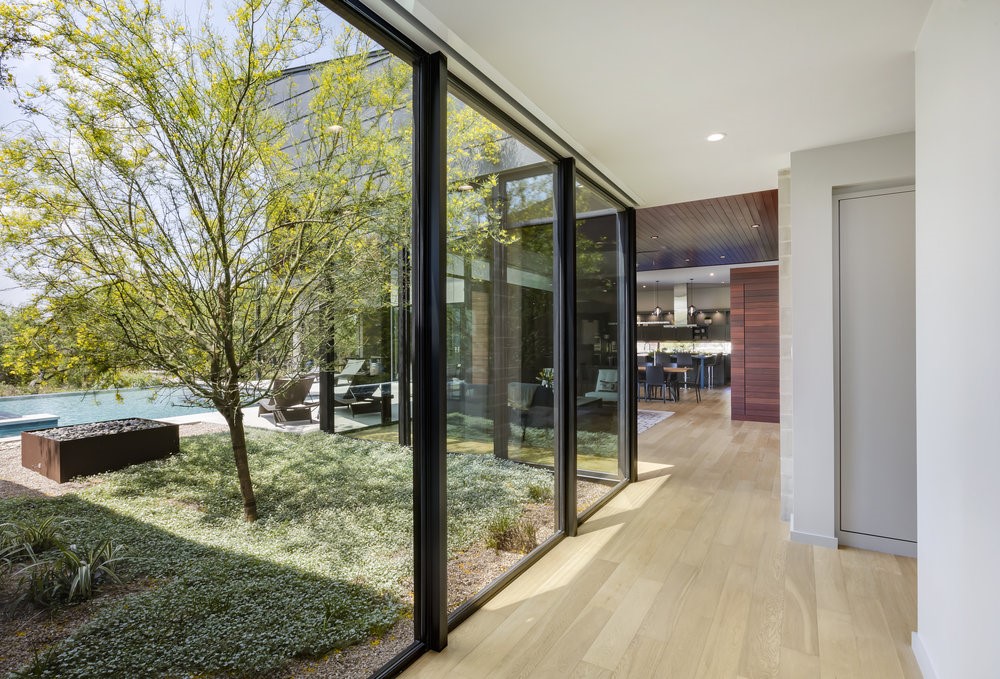 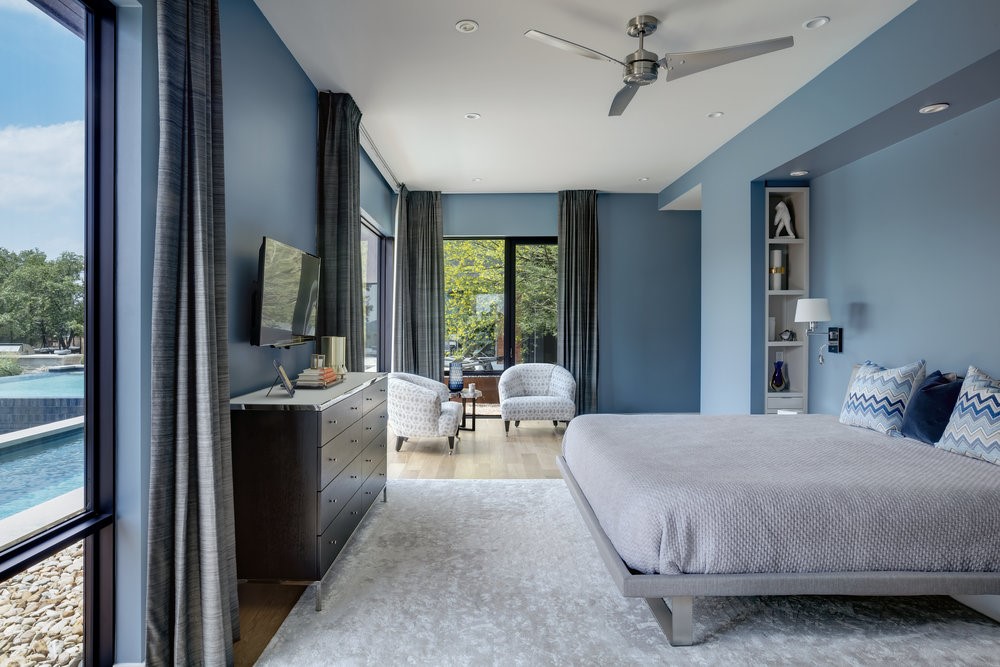 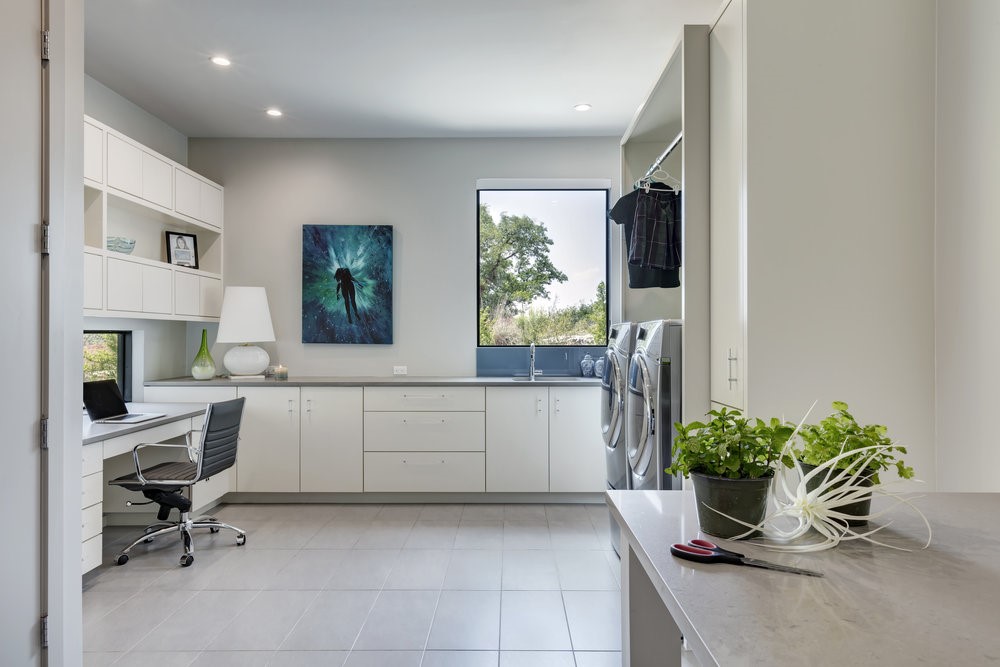 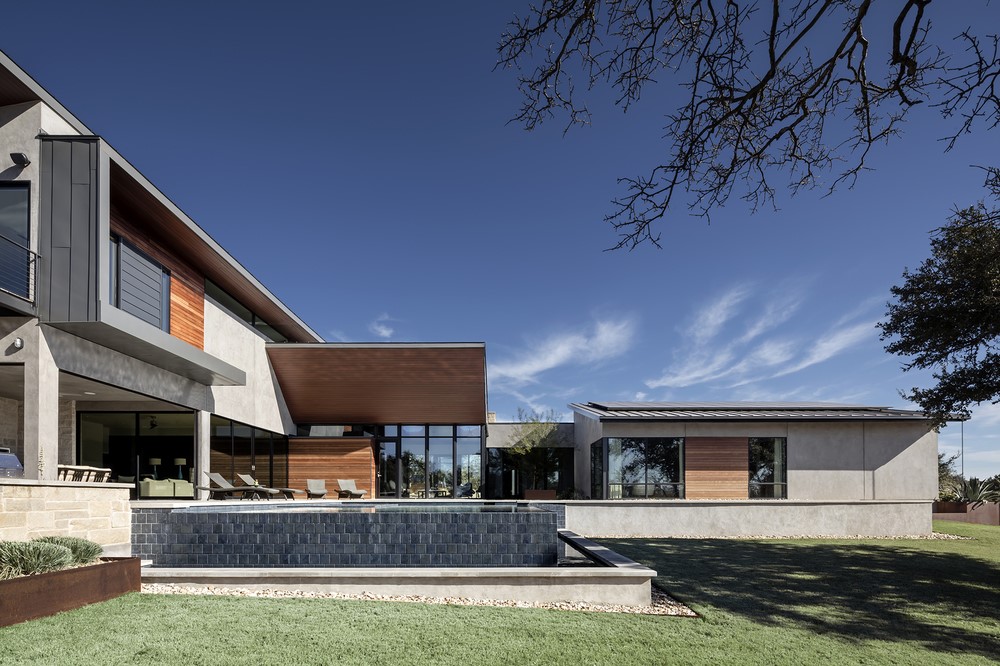 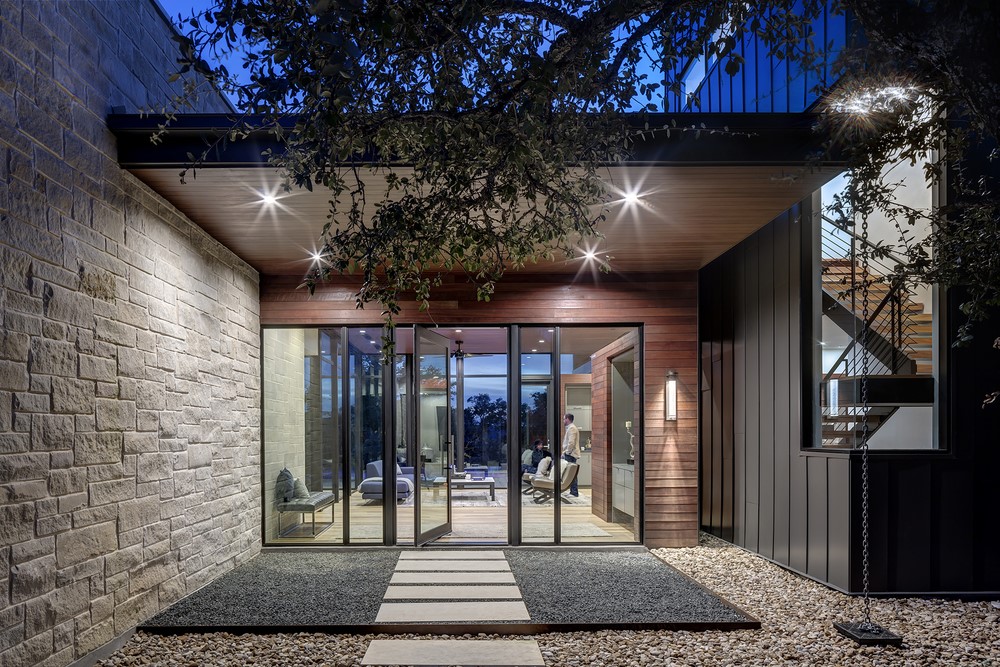 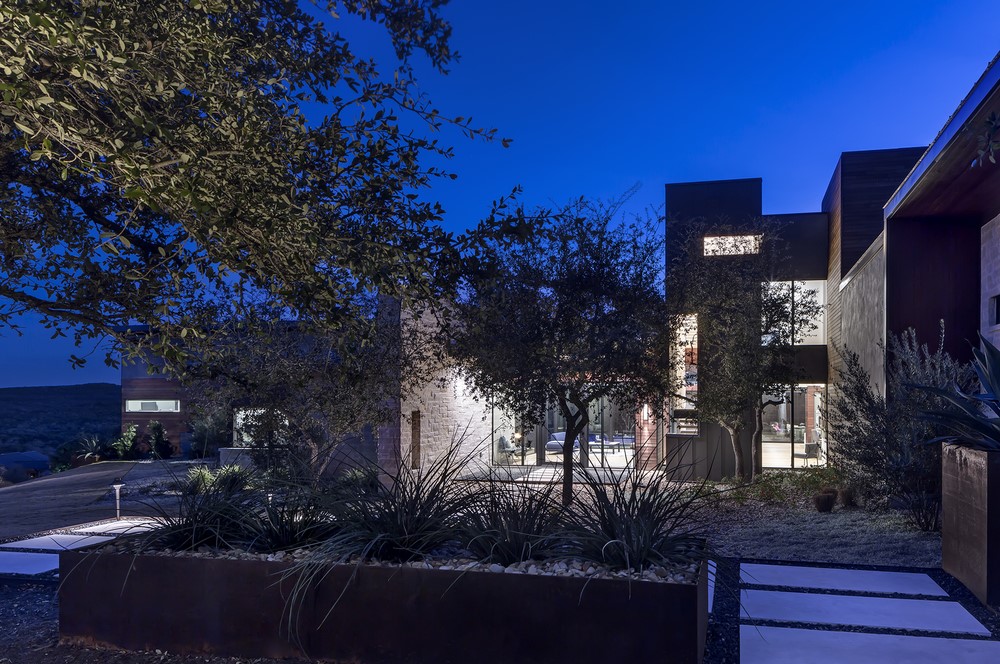 The initial desire was for an “H” scheme house with common entertaining spaces bridging the gap between the more public spaces. After an investigation considering the site, program, and view, a key move was made : unfold the east wing of the “H” scheme to open all rooms to the southeast view resulting in a “T” scheme. The new deviation allows for both a swim pool, which is on axis with the entry and main gathering space, and a lap pool, which occurs on the cross axis extending along the lengthy edge of the master suite, providing direct access for morning exercise and a view of the water throughout the day.

The Control/Shift House was derived from a clever way of following the “rules.” Strict HOA guidelines required very specific exterior massing restrictions which limits the lengths of unbroken elevations and promotes varying sizes of masses. The solution most often used in this neighborhood is one of addition – an aggregation of masses and program randomly attached to the inner core of the house which often results in a parasitic plan. The approach taken with the Control/Shift House was to push and pull program/massing to delineate and define the layout of the house. Massing is intentional and reiterated by the careful selection of materiality that tracks through the house. Voids and relief in the plan are a natural result of this method and allow for light and air to circulate throughout every space of the house, even into the most inner core.