The Three Dragons House designed by Taller Estilo Arquitectura is a creative architectural proposal that rescues and integrates the existent and the new, giving the house unity and harmony. 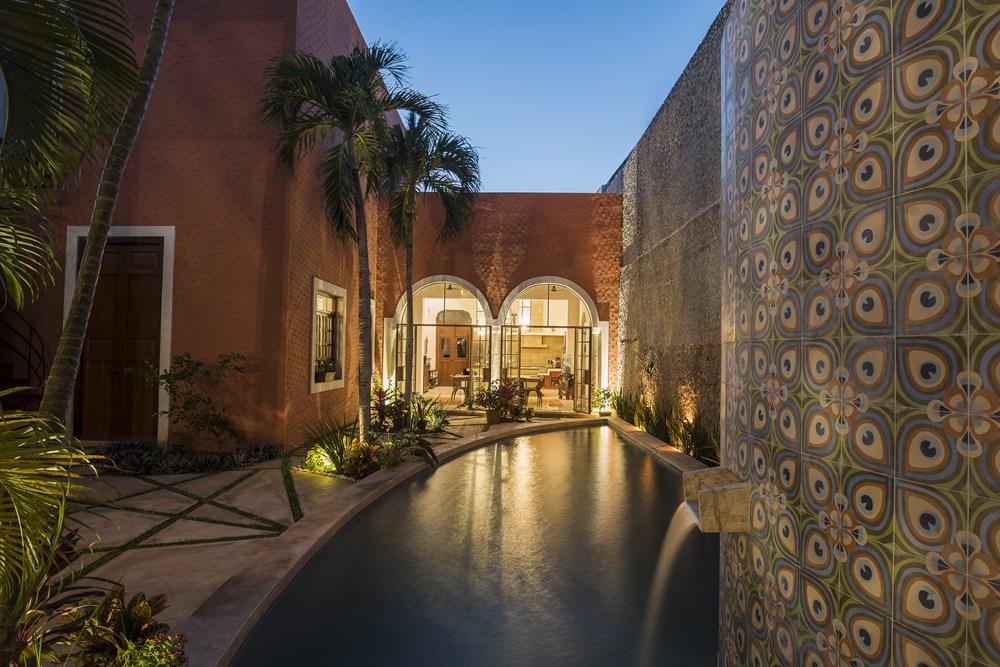 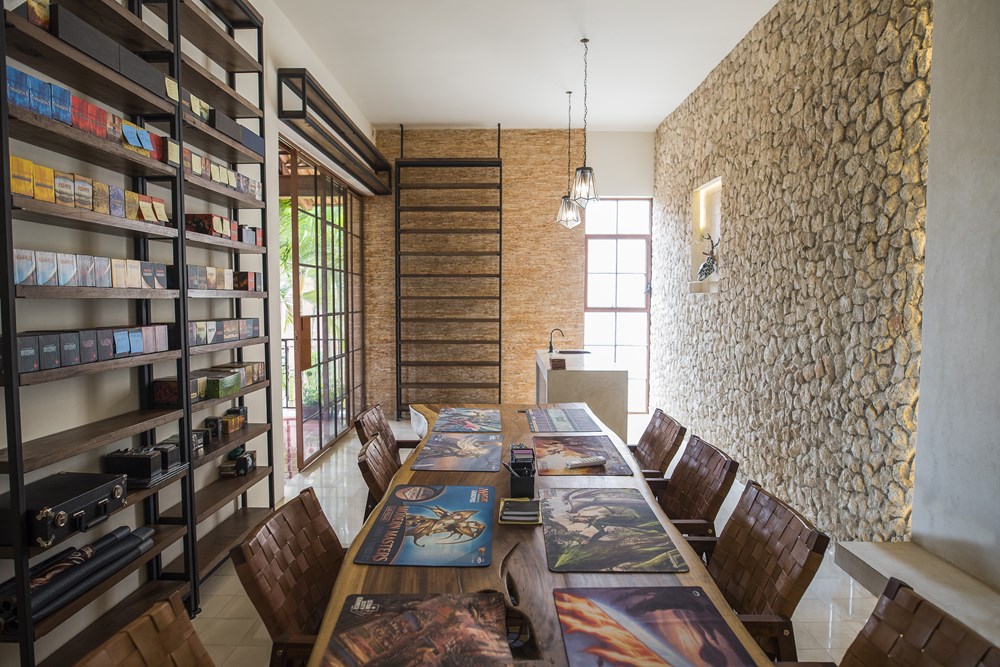 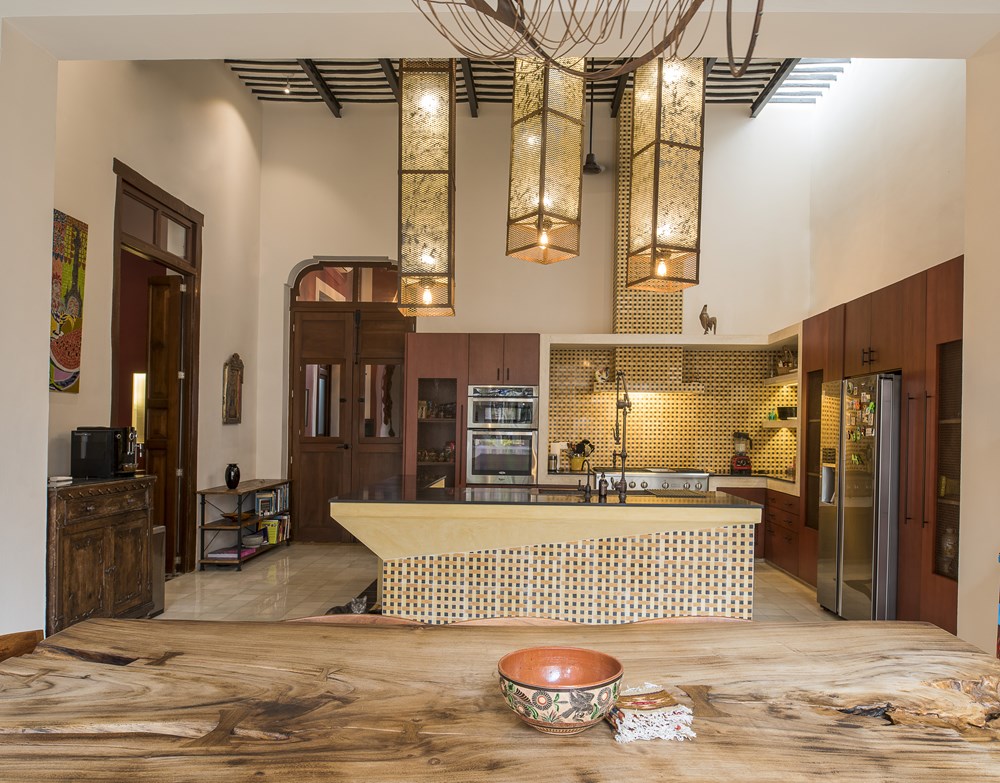 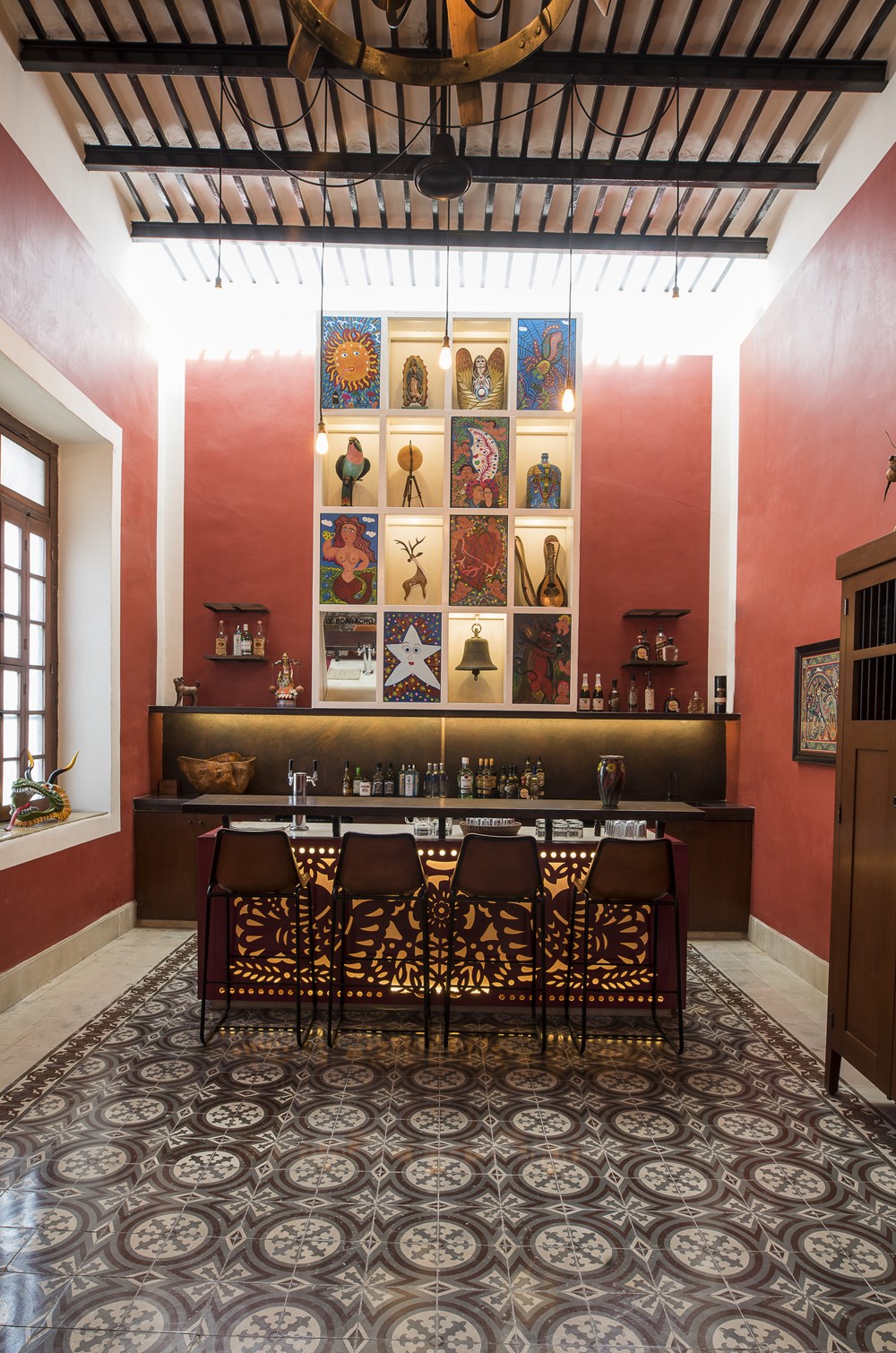 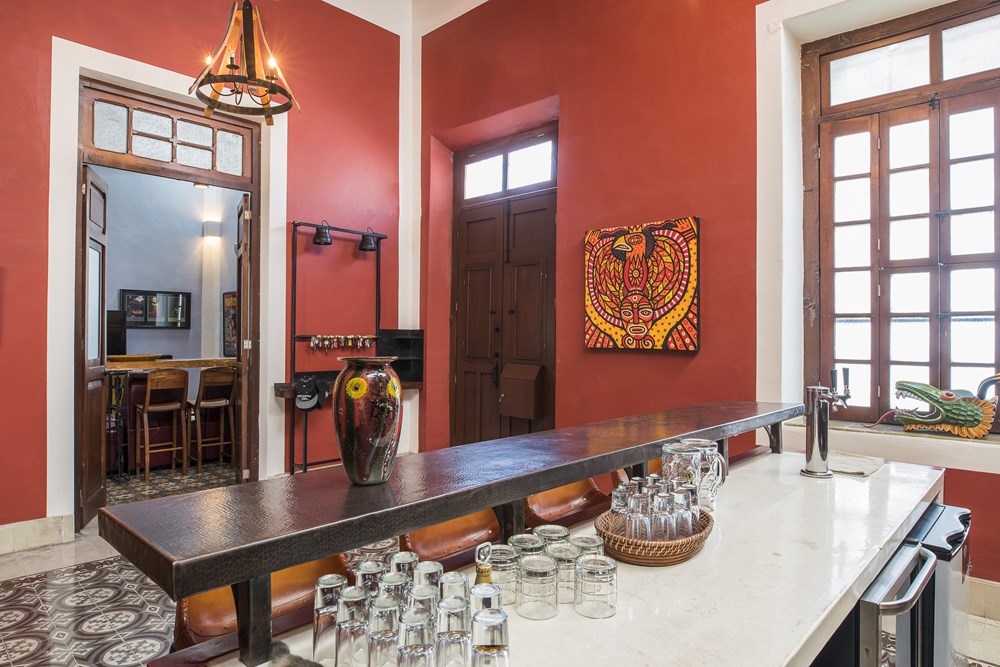 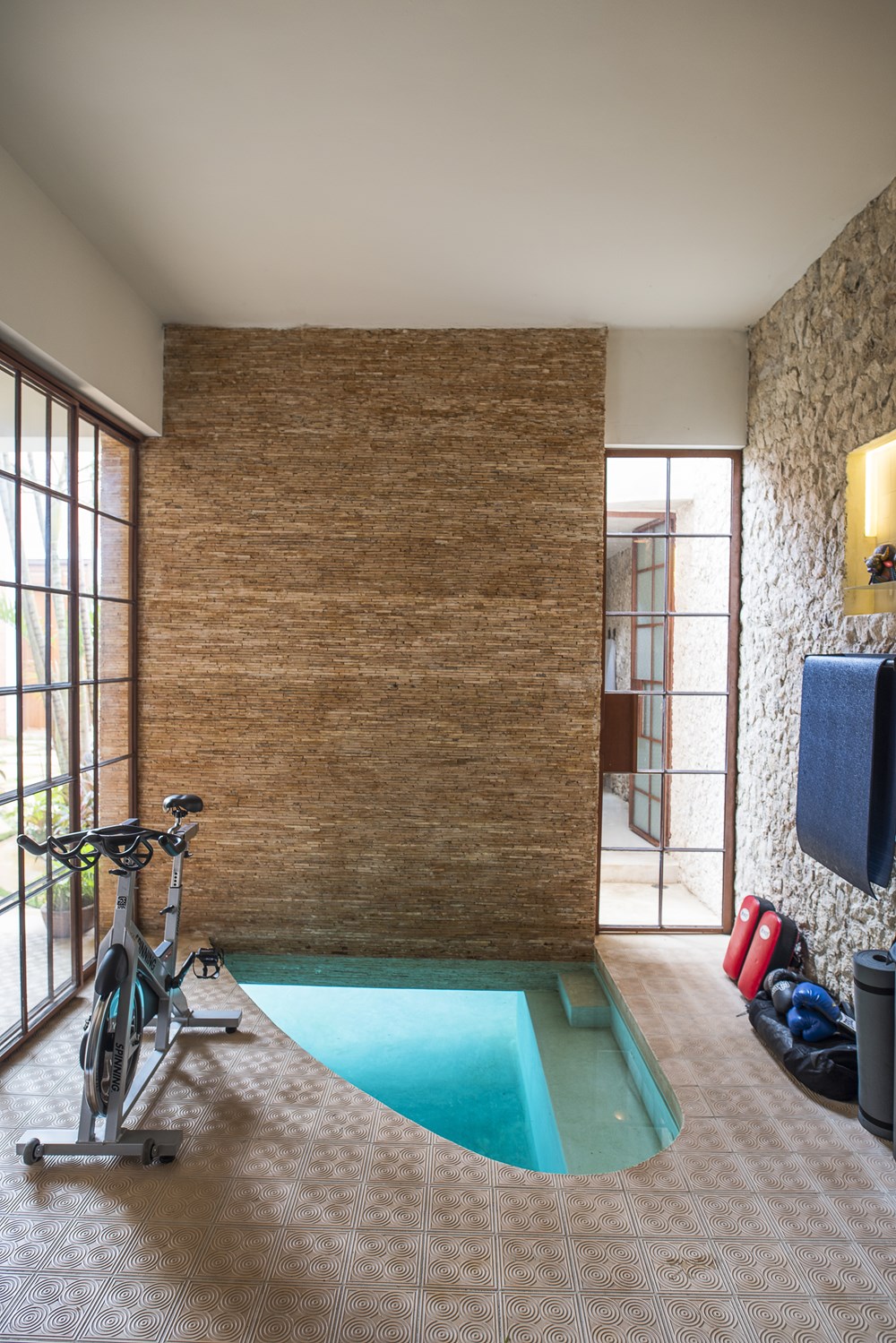 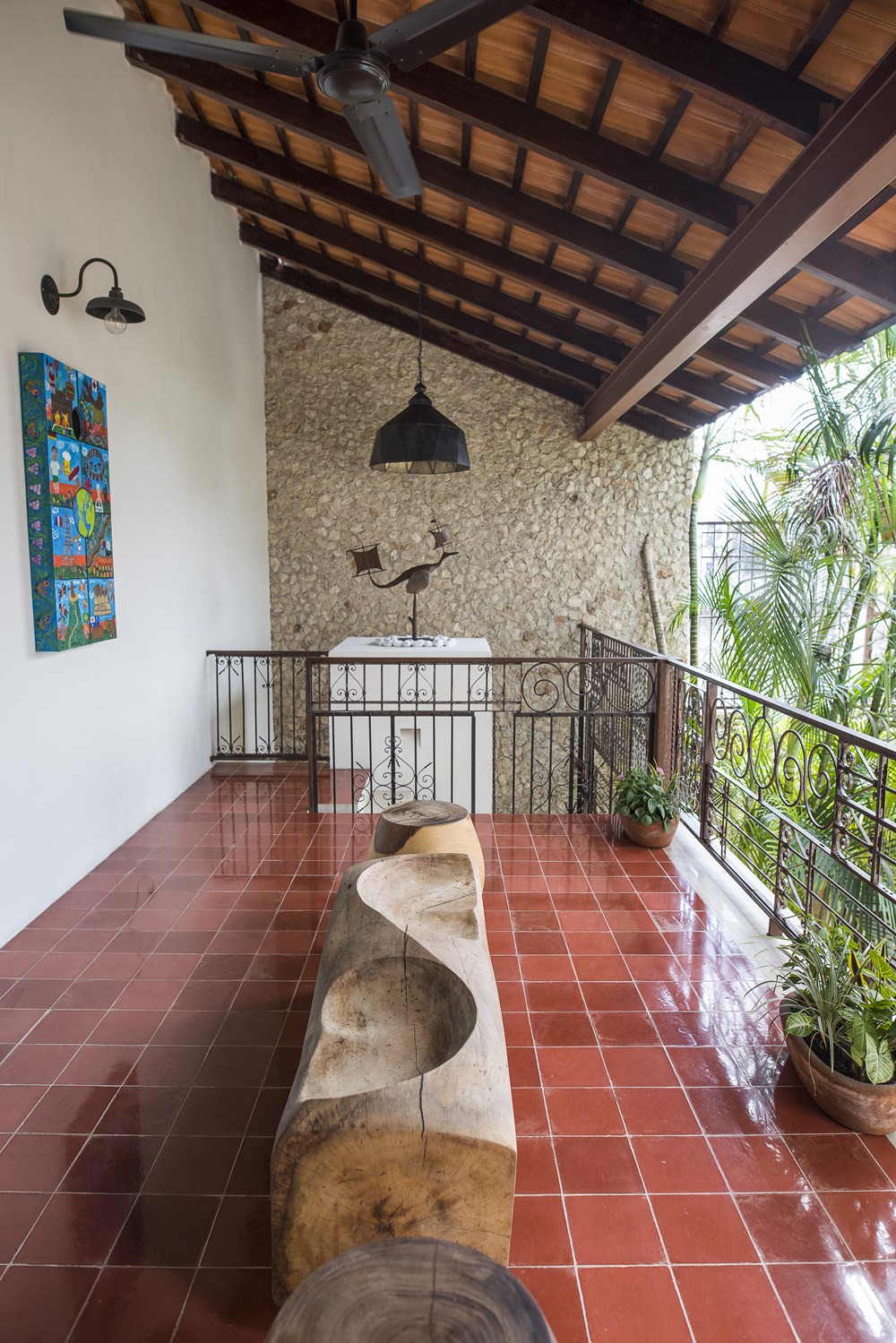 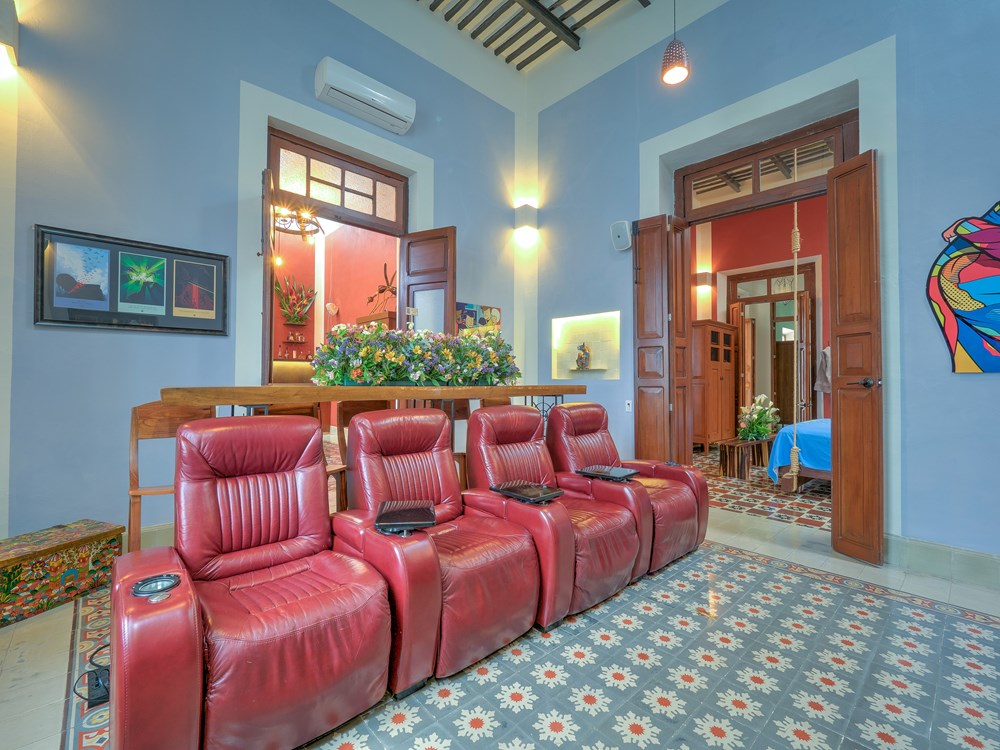 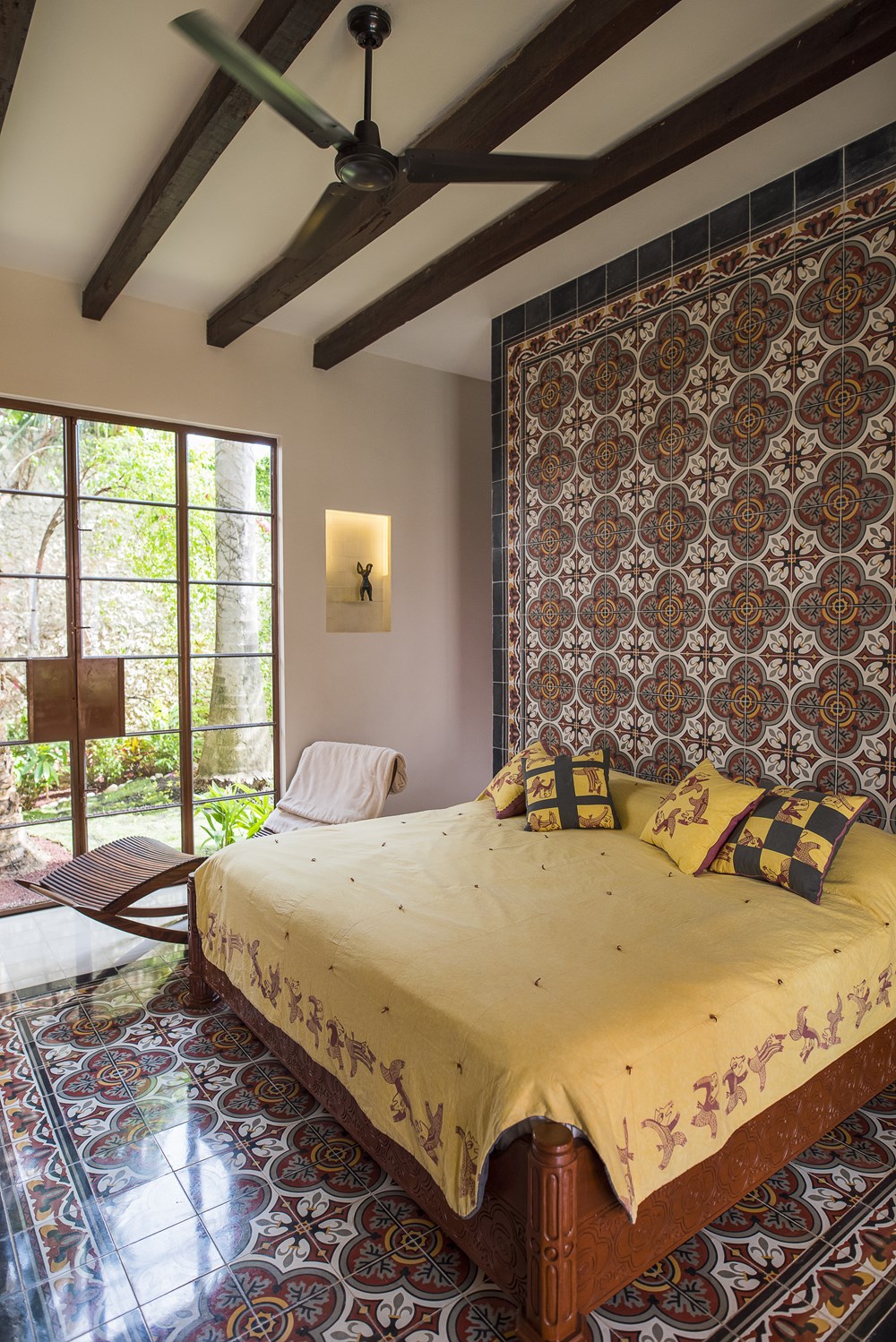 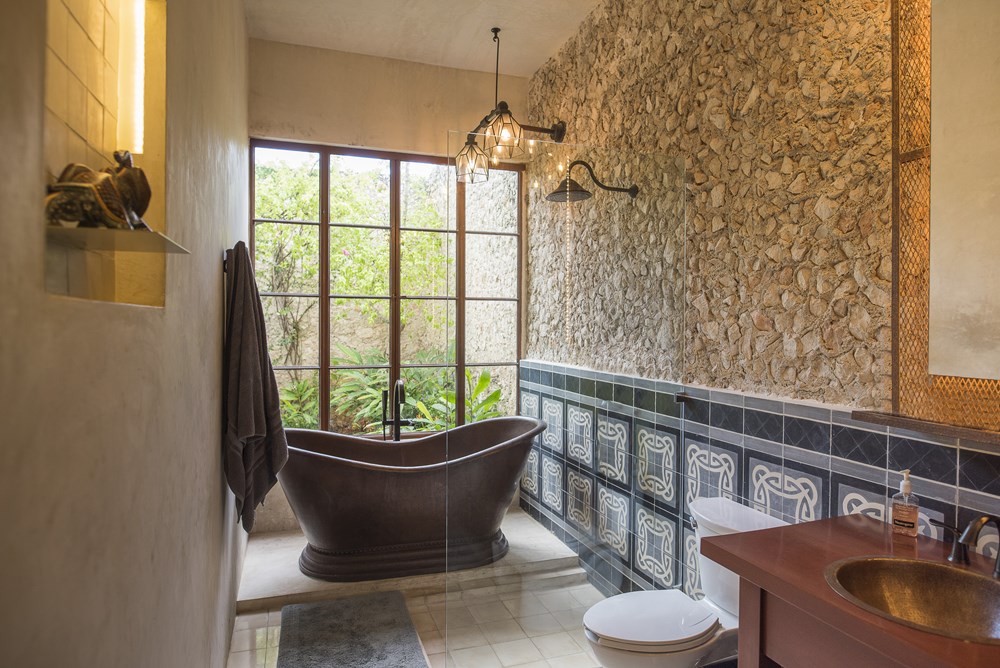 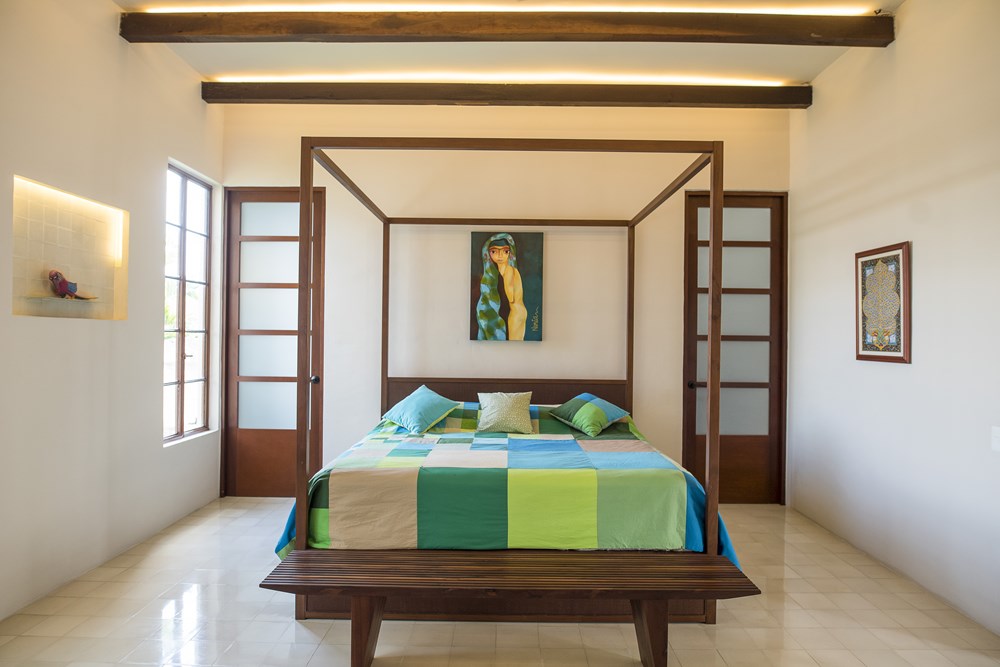 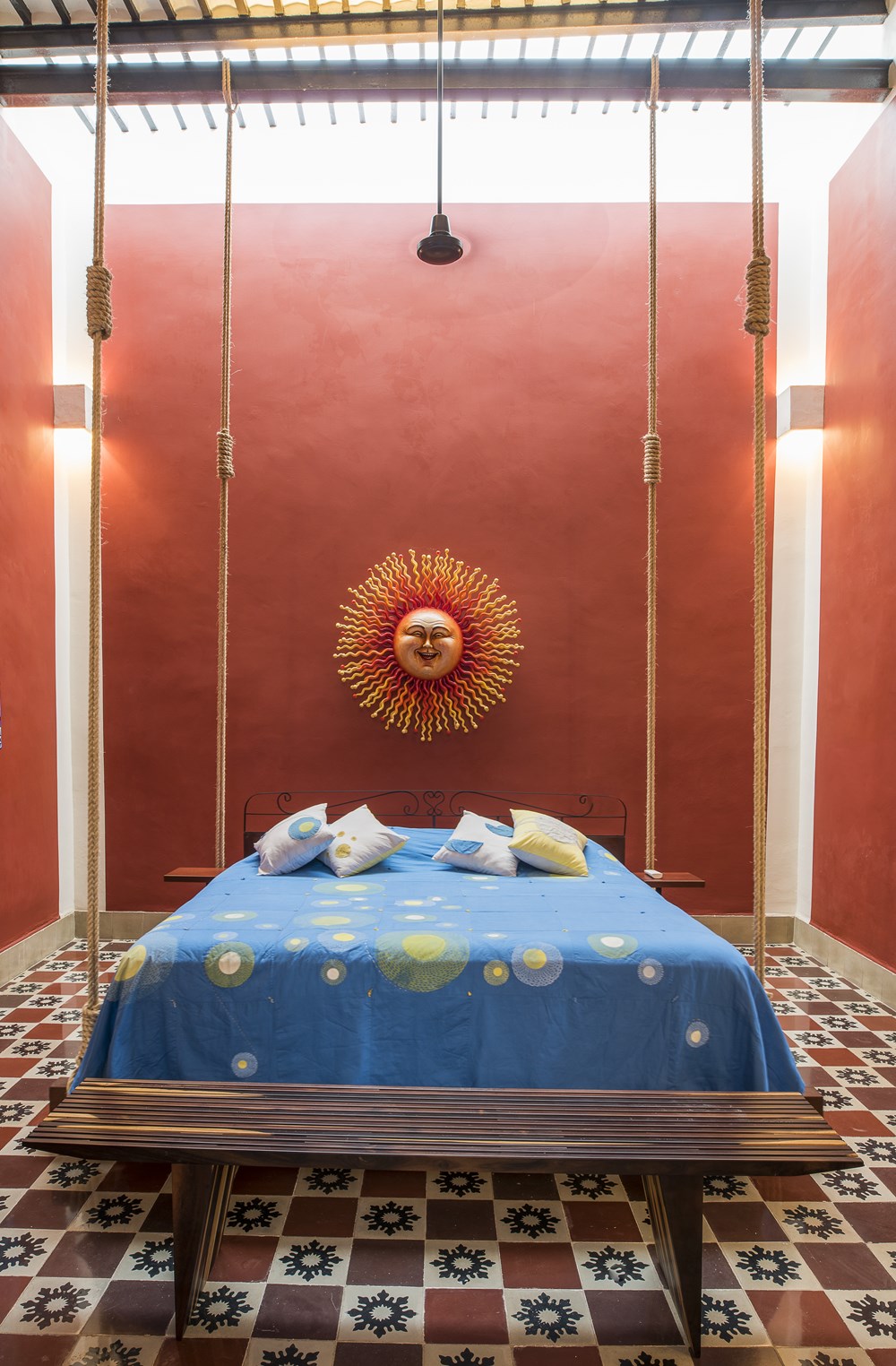 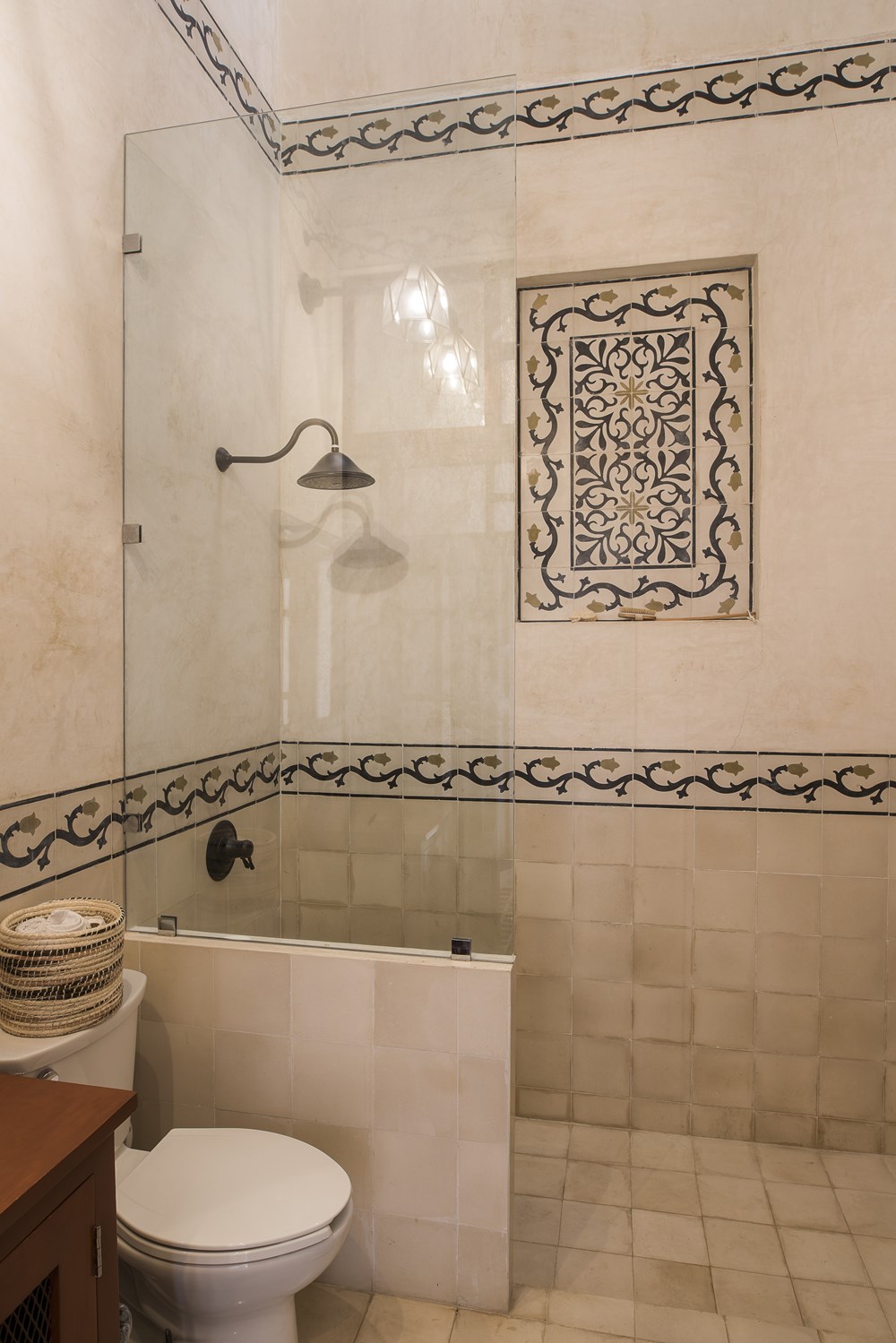 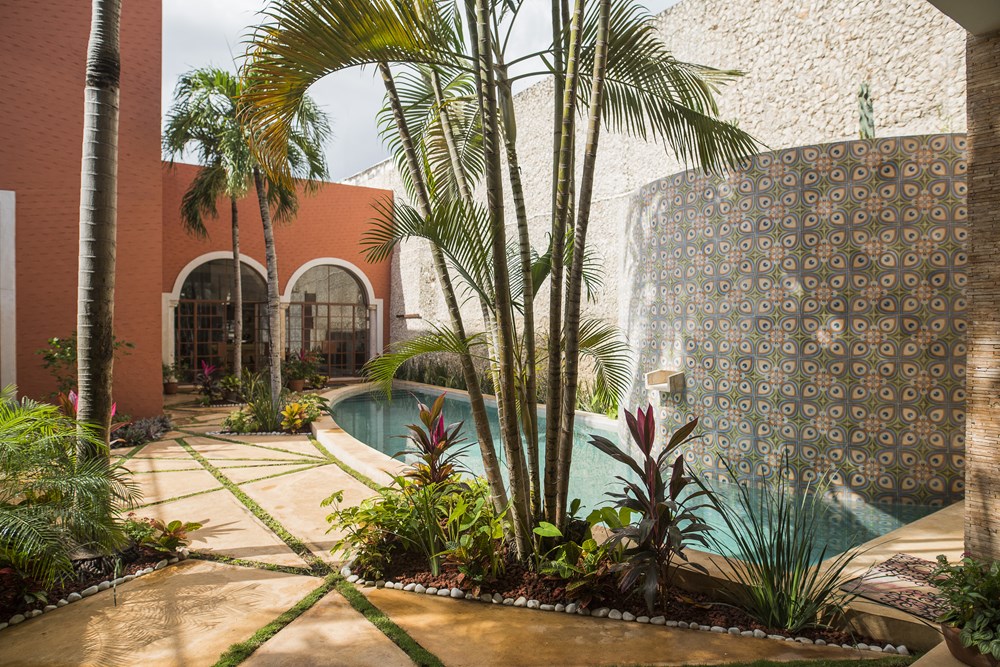 The principal idea of the project starts at discovering, liberating and rescuing all of the architectural artistic values of the old building: pasta floors, carved stone columns, wooden doors with shutters, masonry walls, etc. creating an integration of contemporary architecture in a patrimonial context with the target of fomenting a creative social conscience, adapting new elements and spaces to the already existing building to integrate them to the functions of the new architectural program.

The first section of the old building hosts recreational areas like the Bar “La lotería” and the cinema area; which have the function of acoustic mattress since the house is located on one of the busiest streets in Merida. The space sequence locates the kitchen and the dining room on the next section, an open space that between pasta floors, copper and design elements opens to the central patio letting in natural illumination and ventilation framing the exterior of the house.

The guest bedroom and the studio are located in the south wing and they connect indirectly to the garden, they get the illumination and ventilation through ruptures in the slabs. The beds are suspended by Henequen ropes fastened to metal beams glimpsing the different existing pasta floors designs rescued of the original building.

The central patio joins the two buildings in a creative way through an irregular stroke with a curve on the pool. Part of the house vegetation in the central and back patio is preexisting vegetation and it got integrated to the project in a way that it will play in favor of the spaces of the proposal.

Finally, in the back part of the property there is a bedroom with a gym on the ground floor that connects unexpectedly to the pools Jacuzzi and upstairs, is the principal bedroom with games area and terrace where the smithy that protects it is product of recycled old door protectors and windows.

The architectural intervention connects the buildings aiming unity and harmony without rupture, obtaining coherent formal and space relations with the necessity of the users and the different buildings.