Benguela is a residences completed by ARRCC in collaboration with SAOTA. Nature pervades the house –the seamless flow of internal floors and ceilings out into external living spaces is mirrored by the fynbos planting which stalks the edges of the internal envelope, enfolds the terraces and decks and seeps into the garden courtyard. 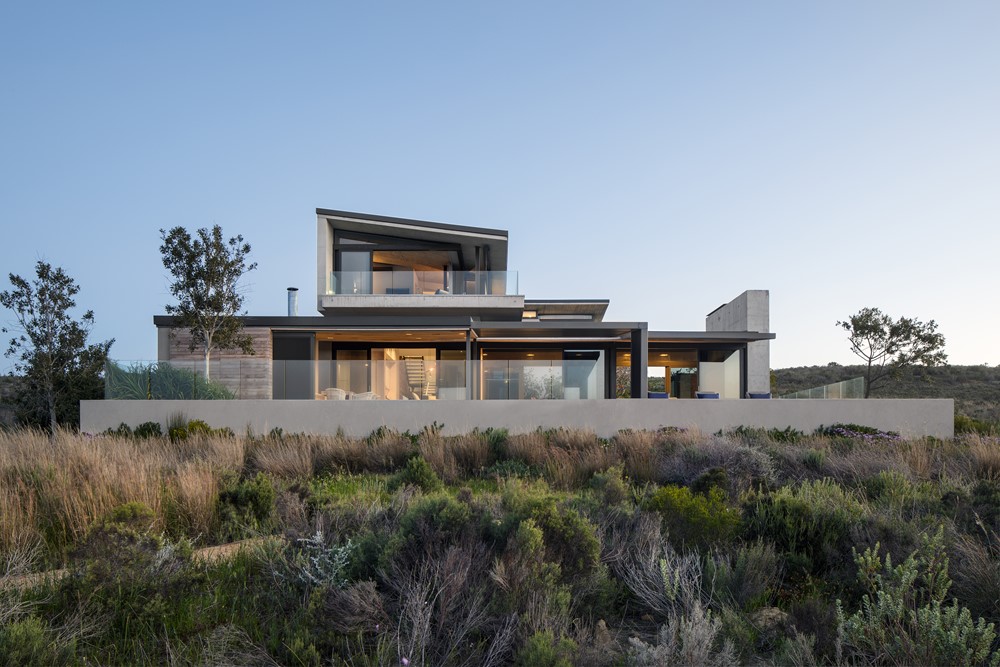 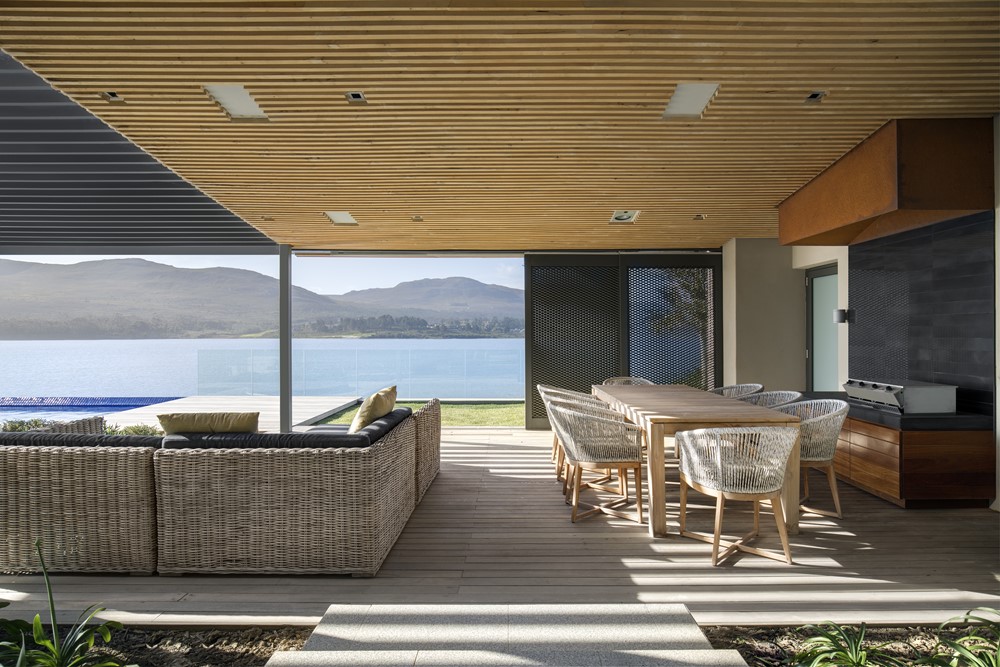 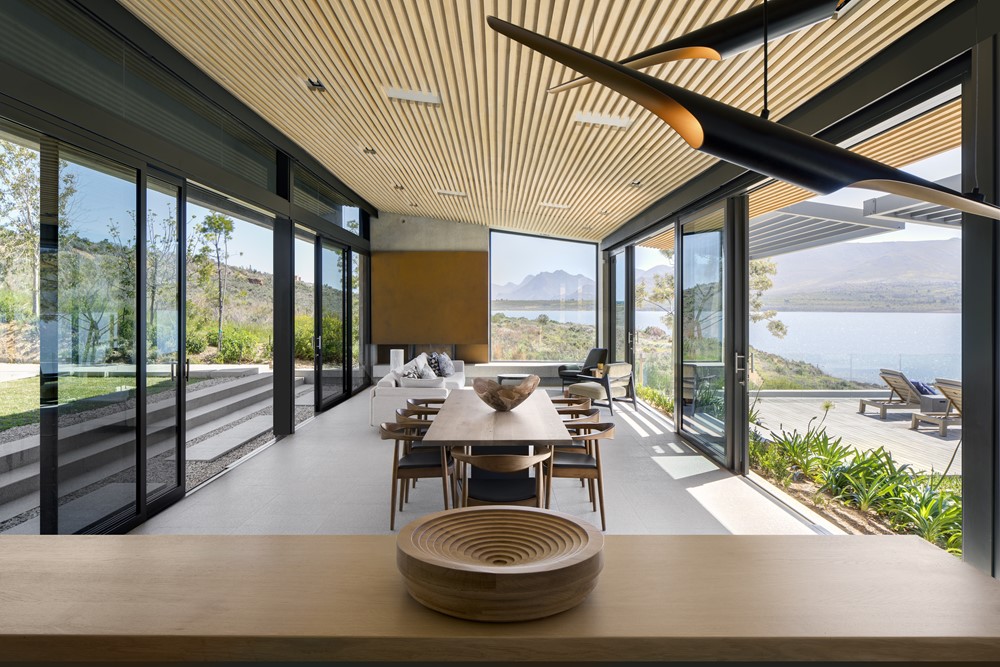 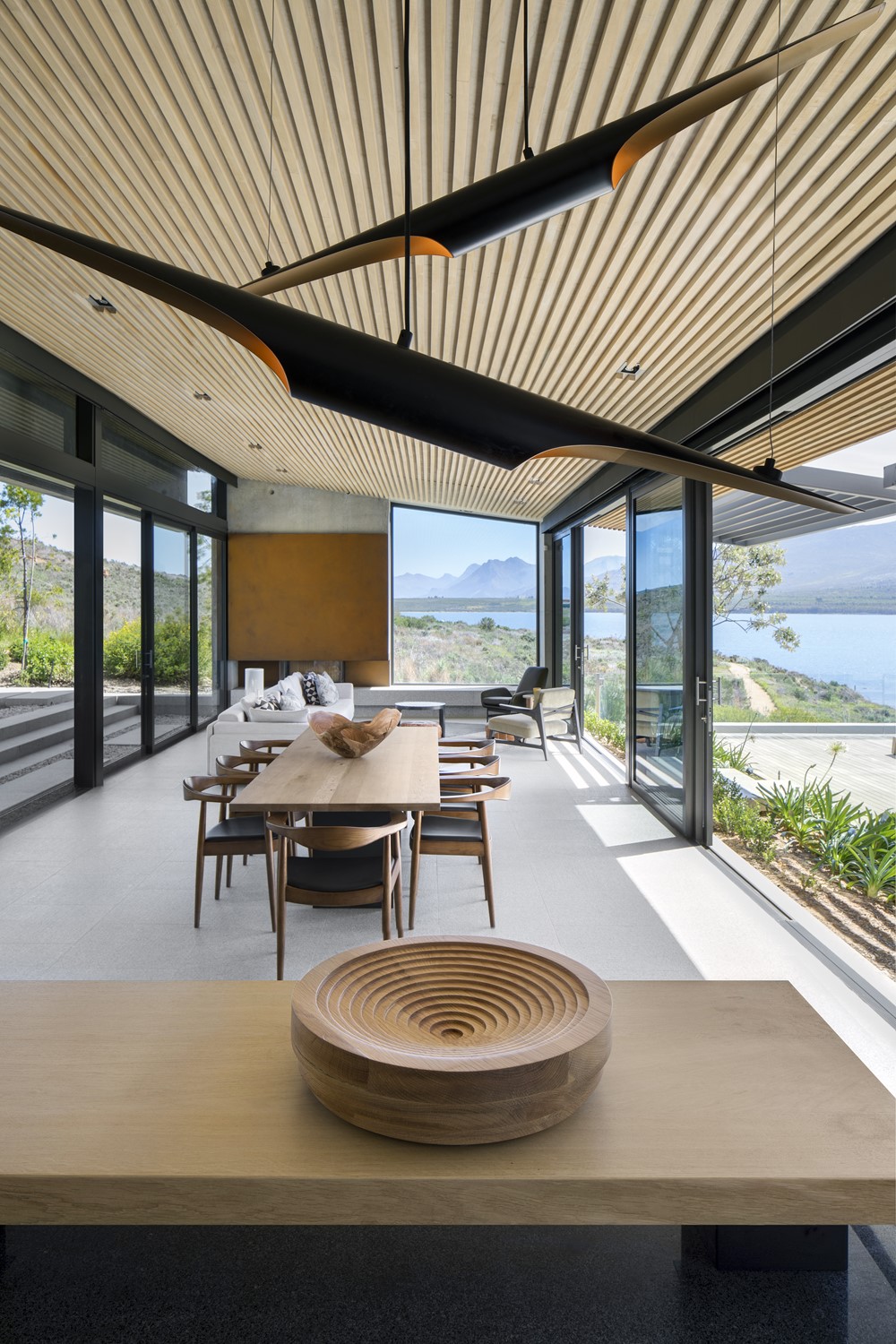 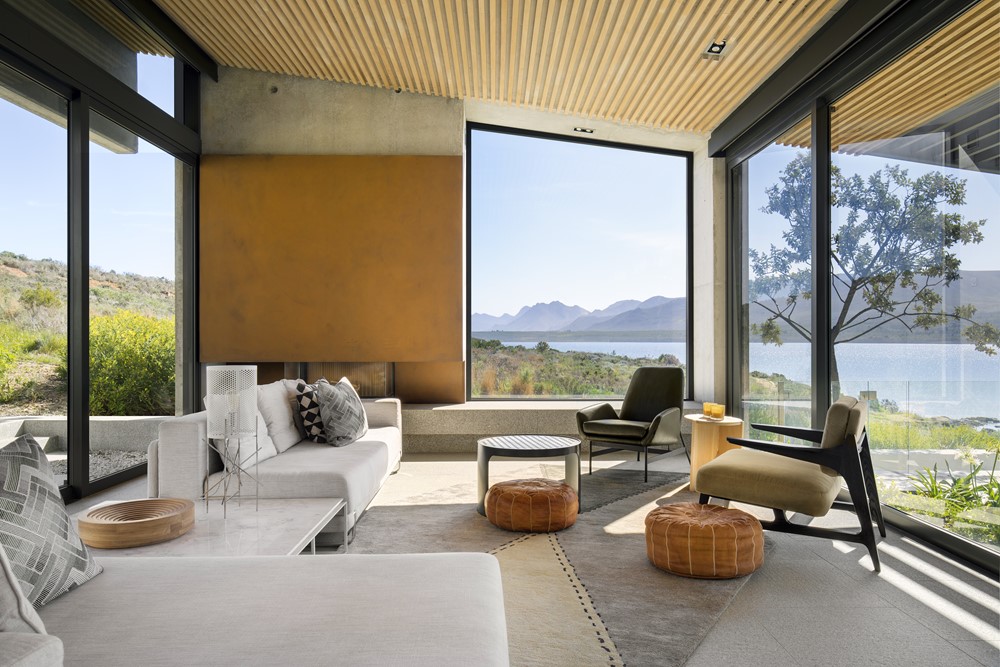 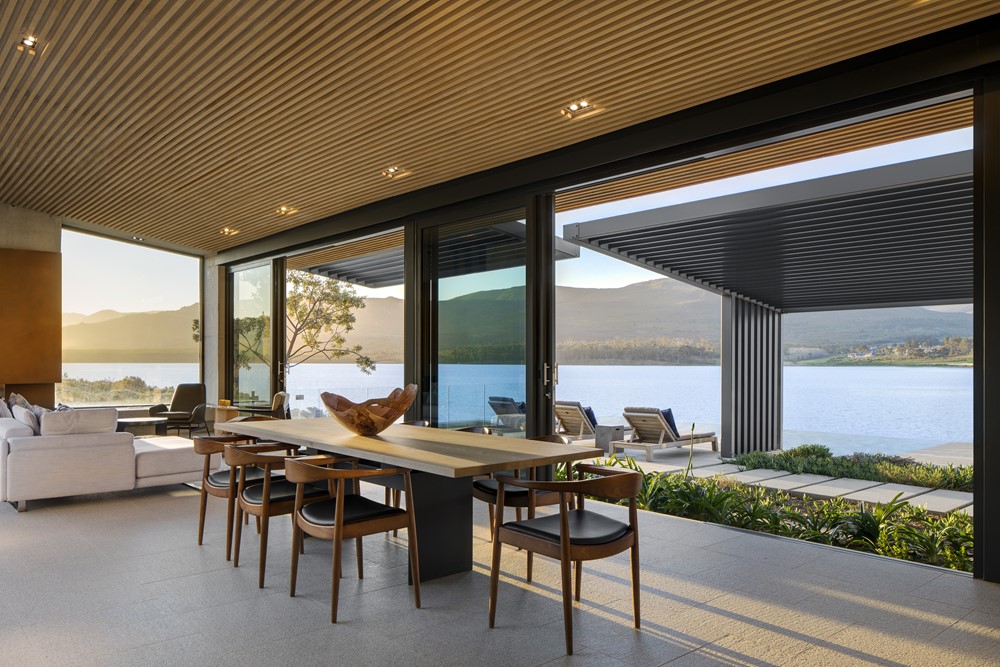 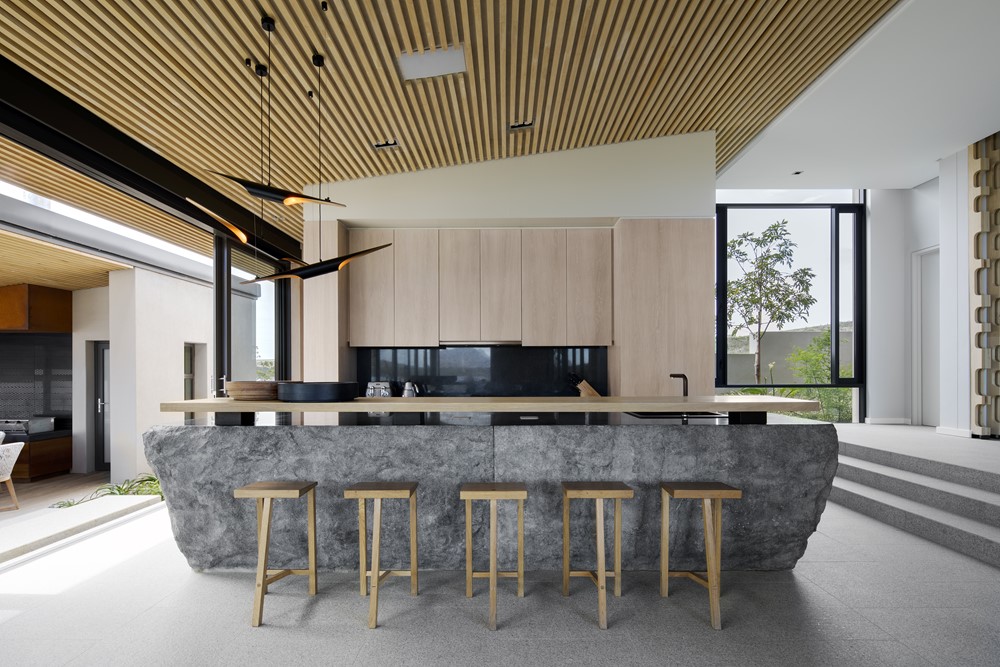 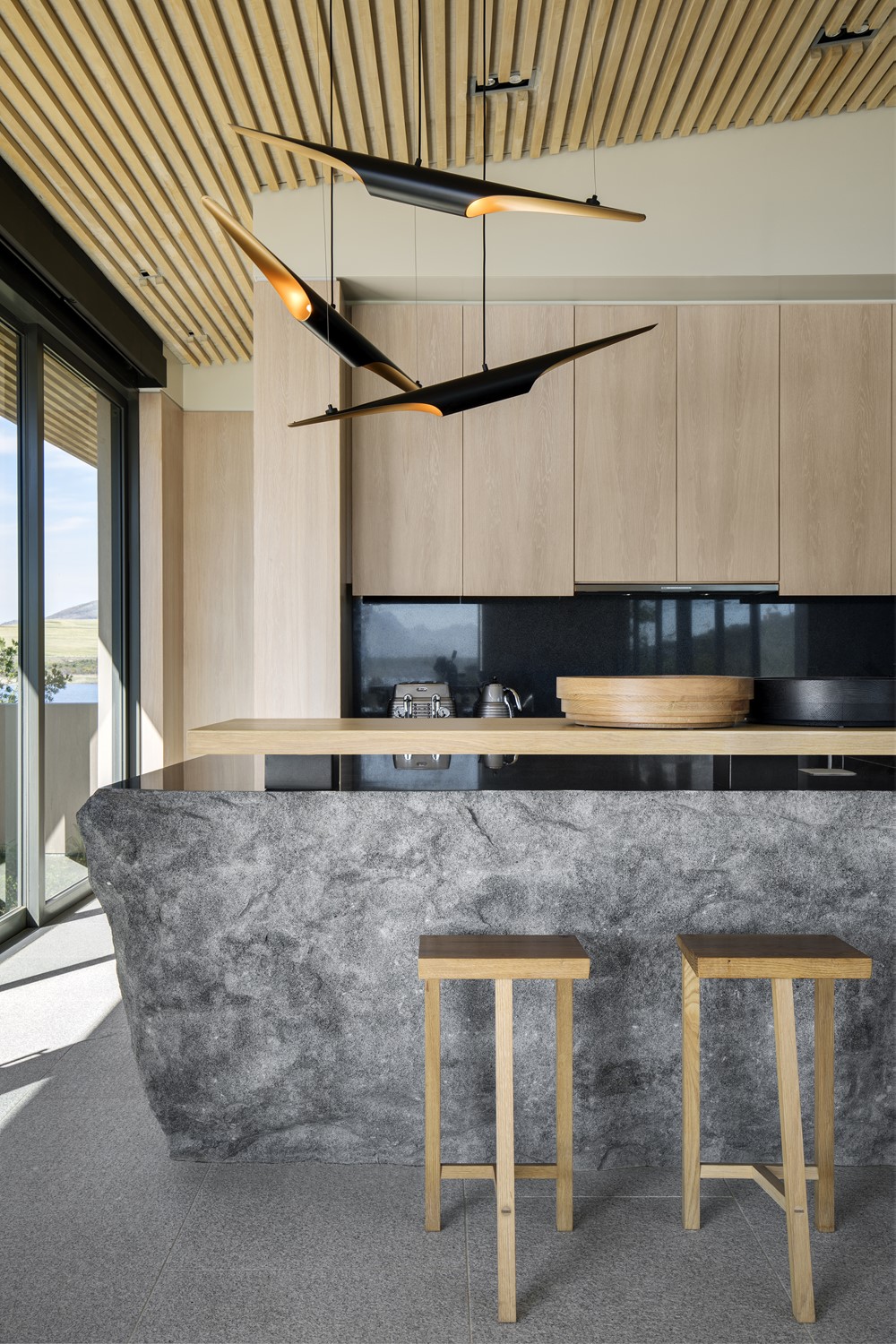 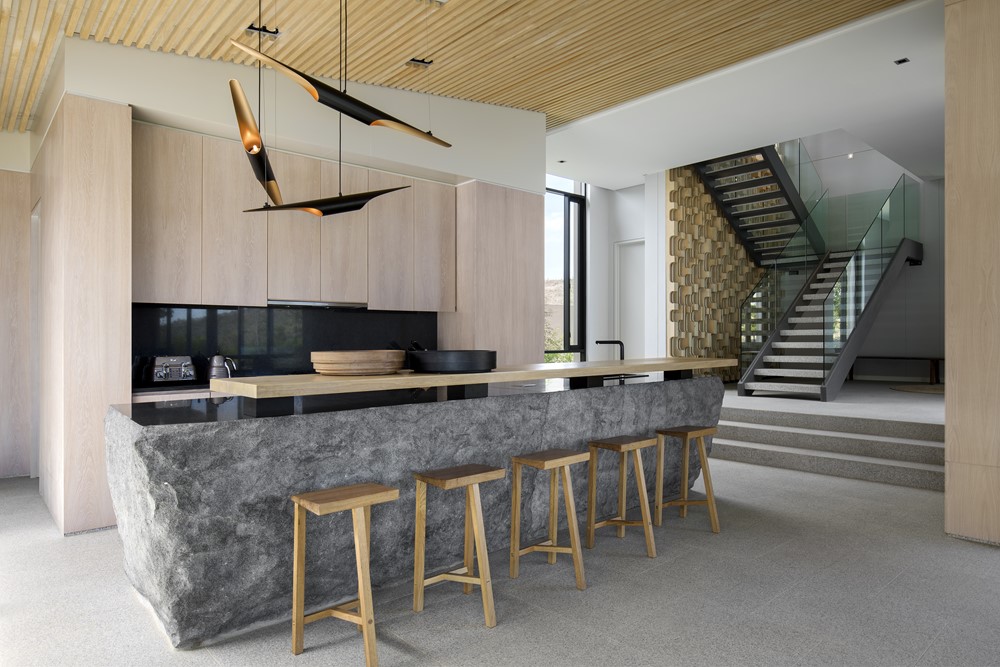 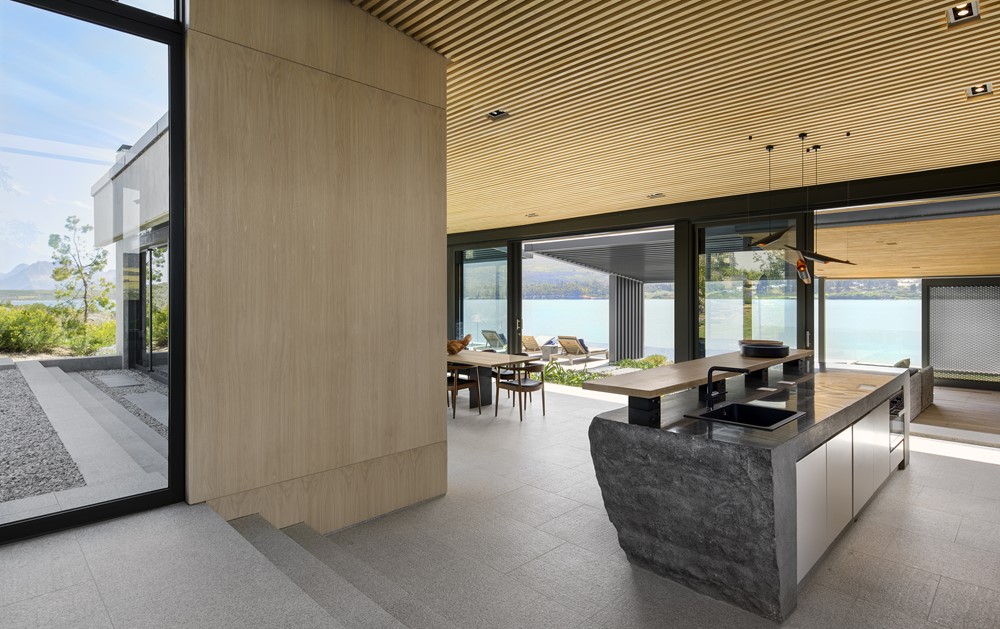 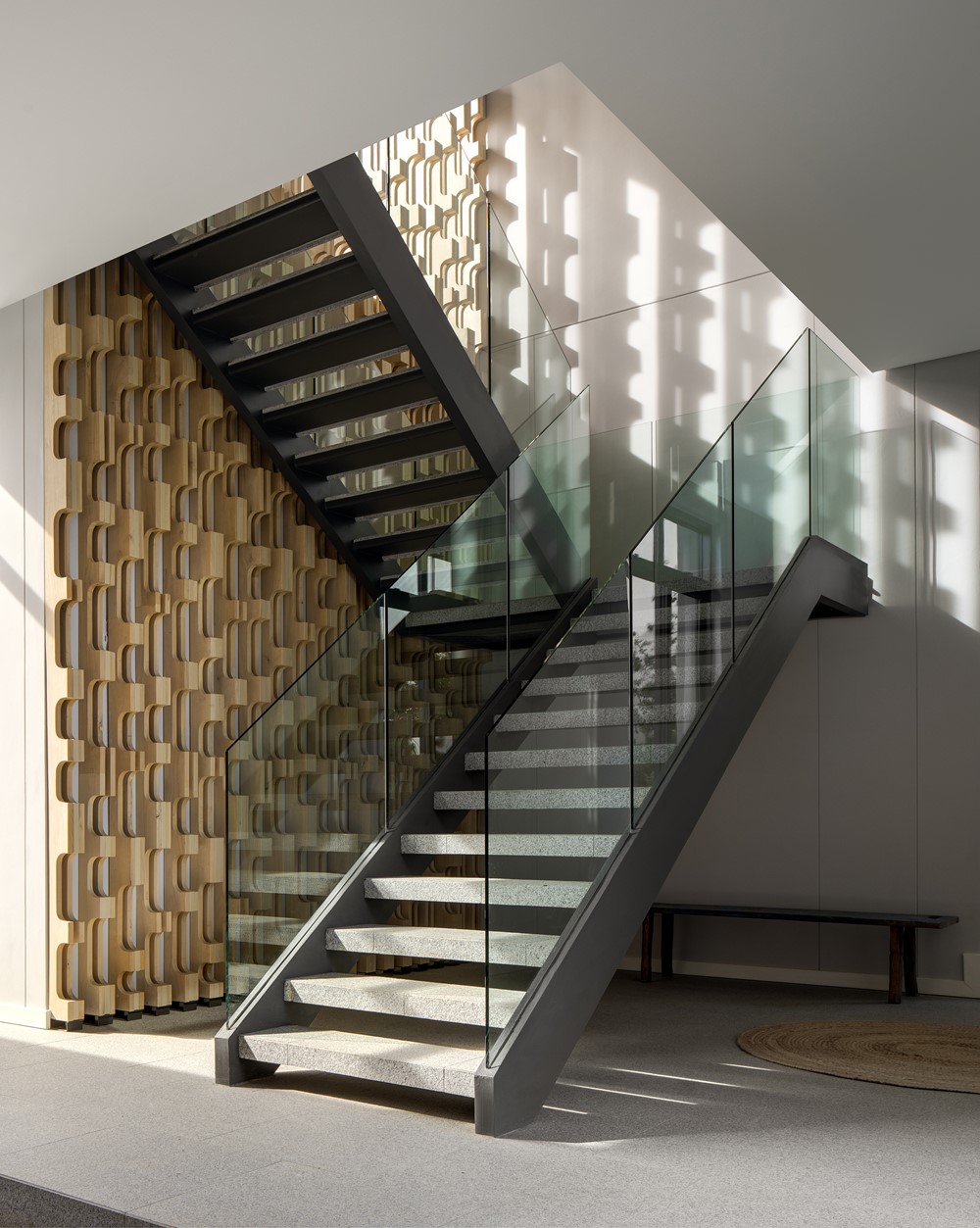 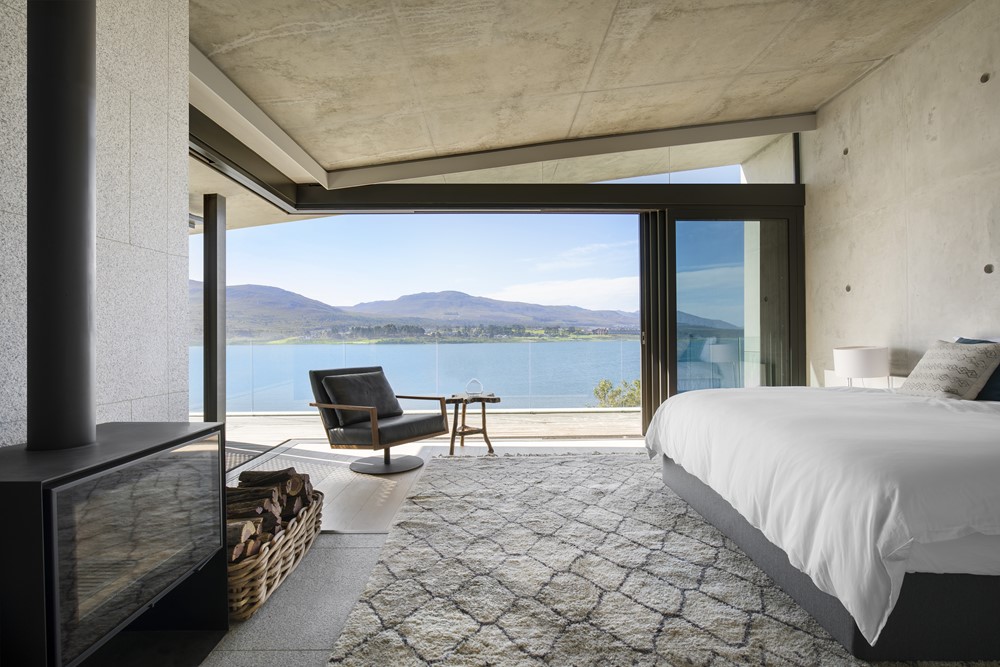 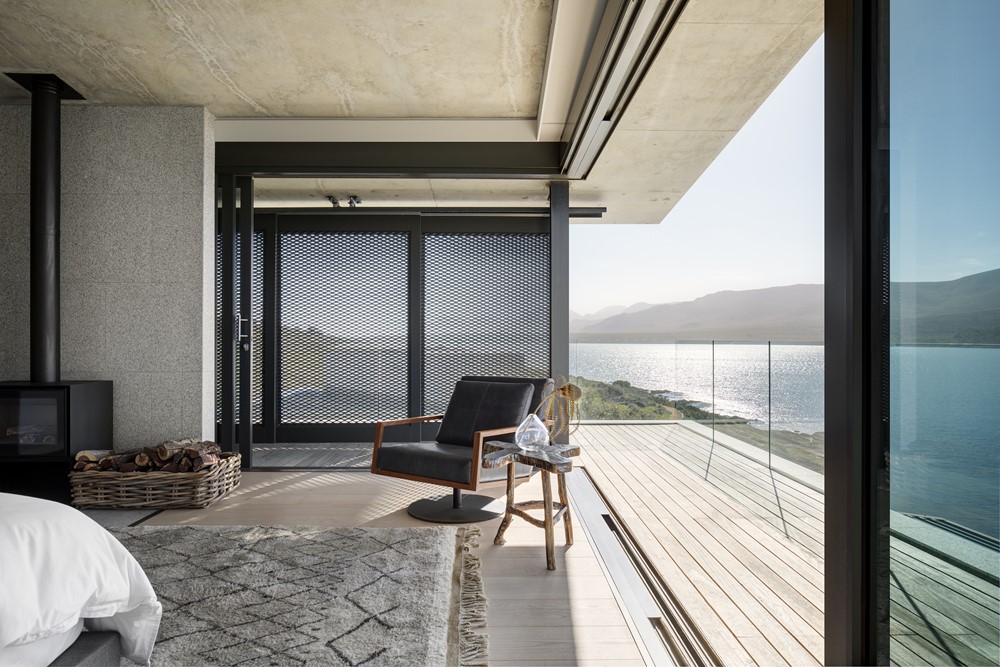 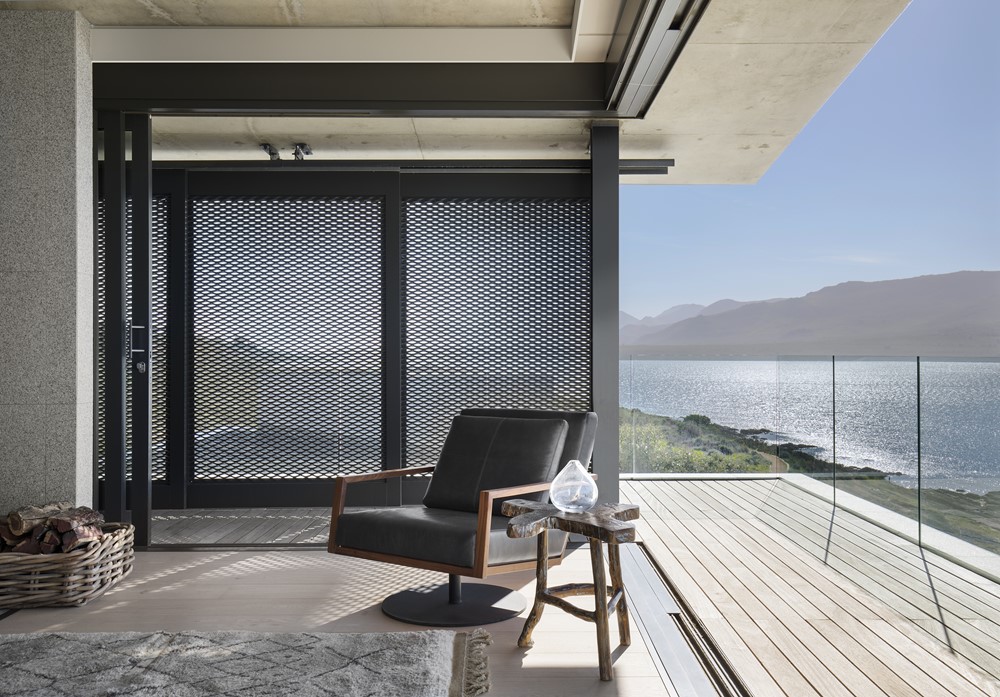 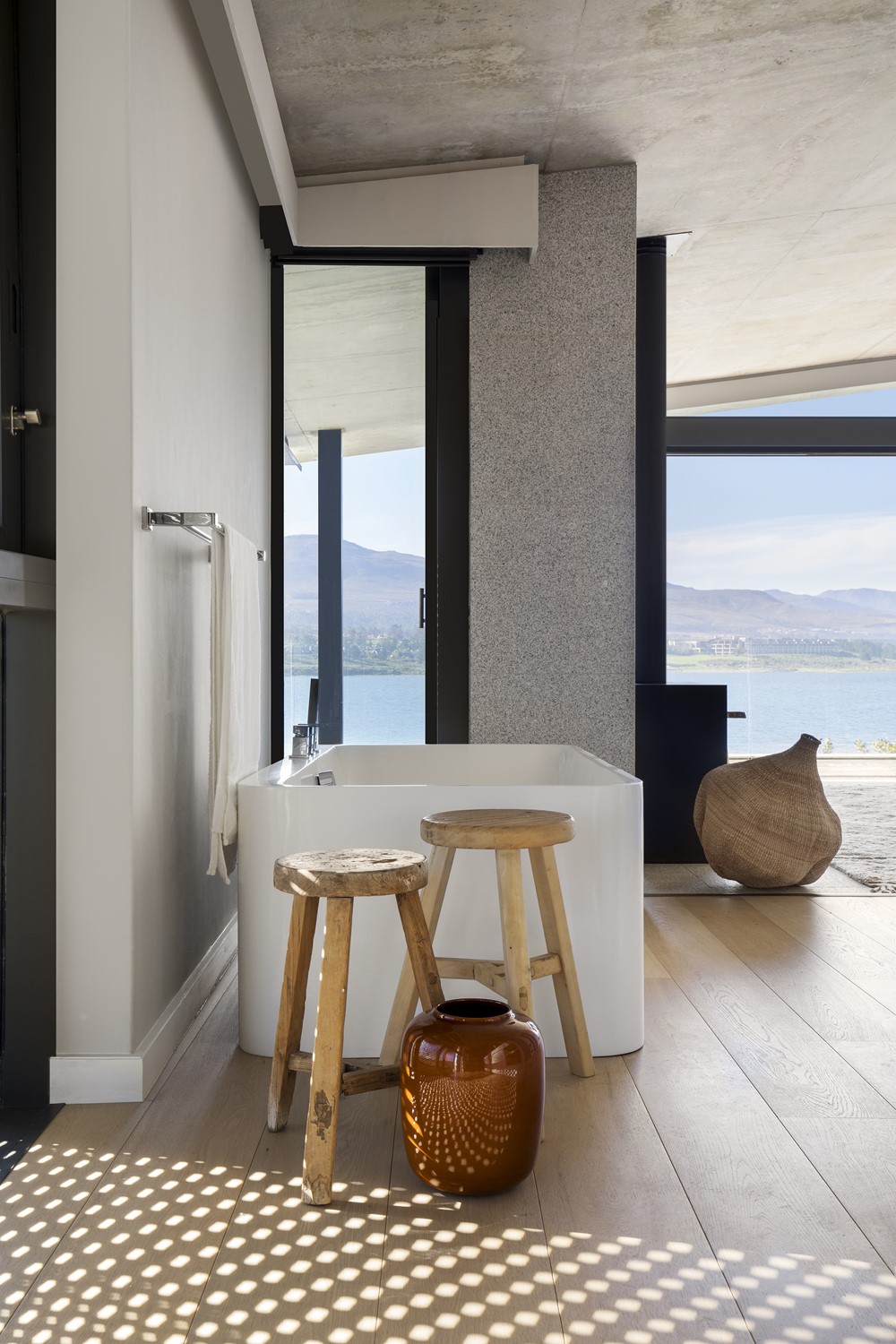 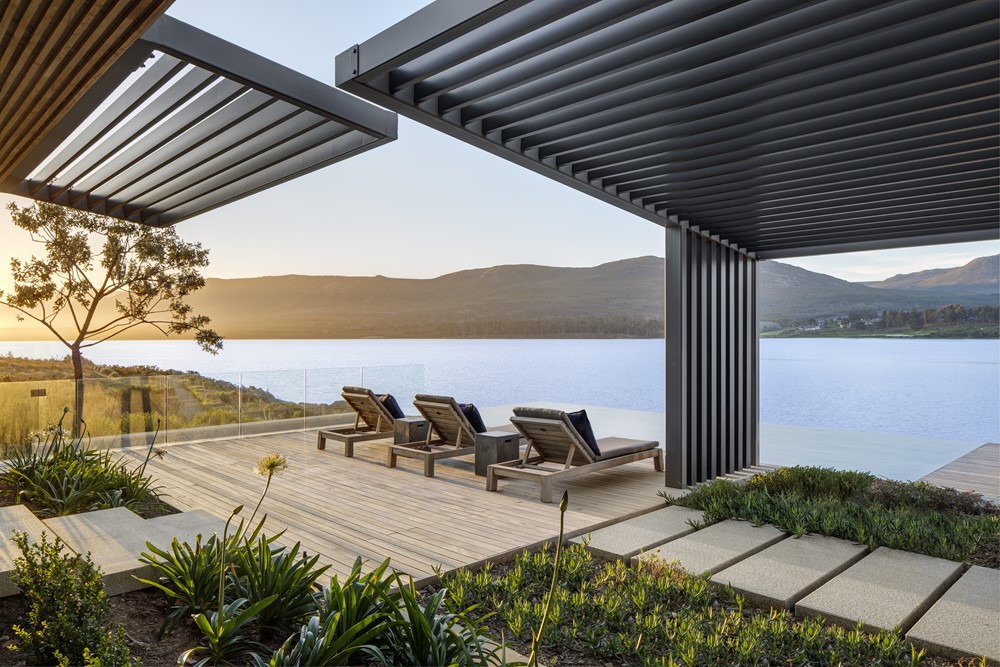 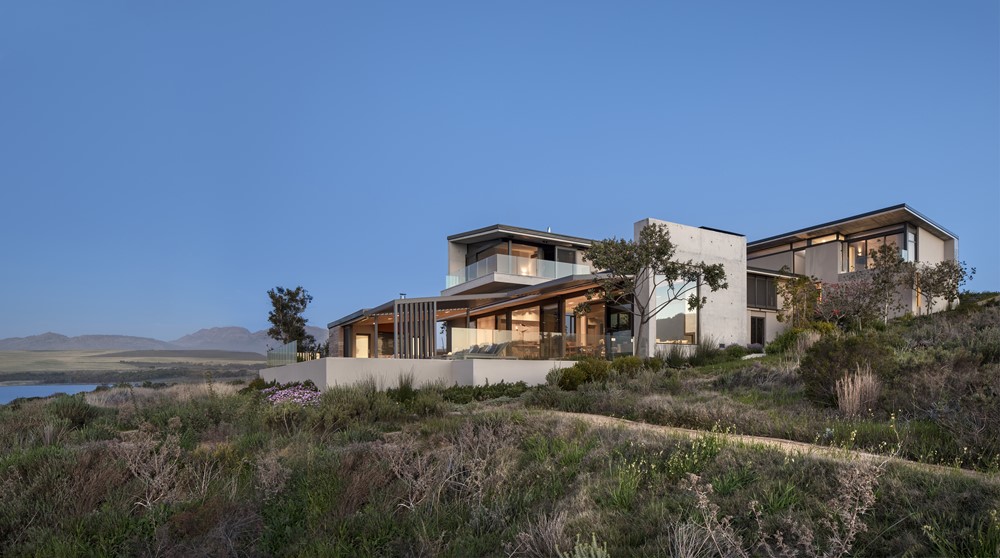 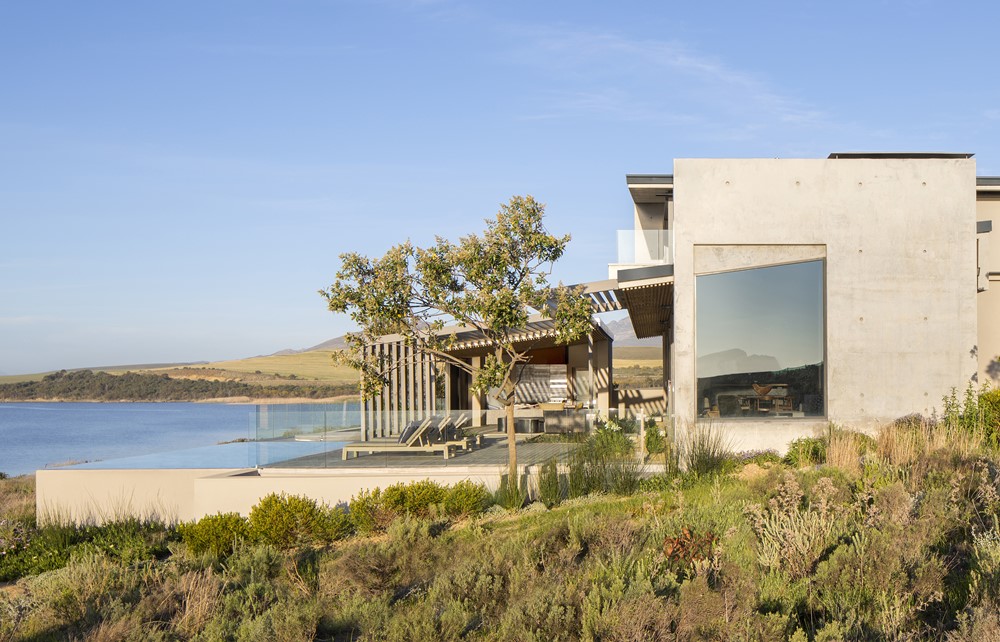 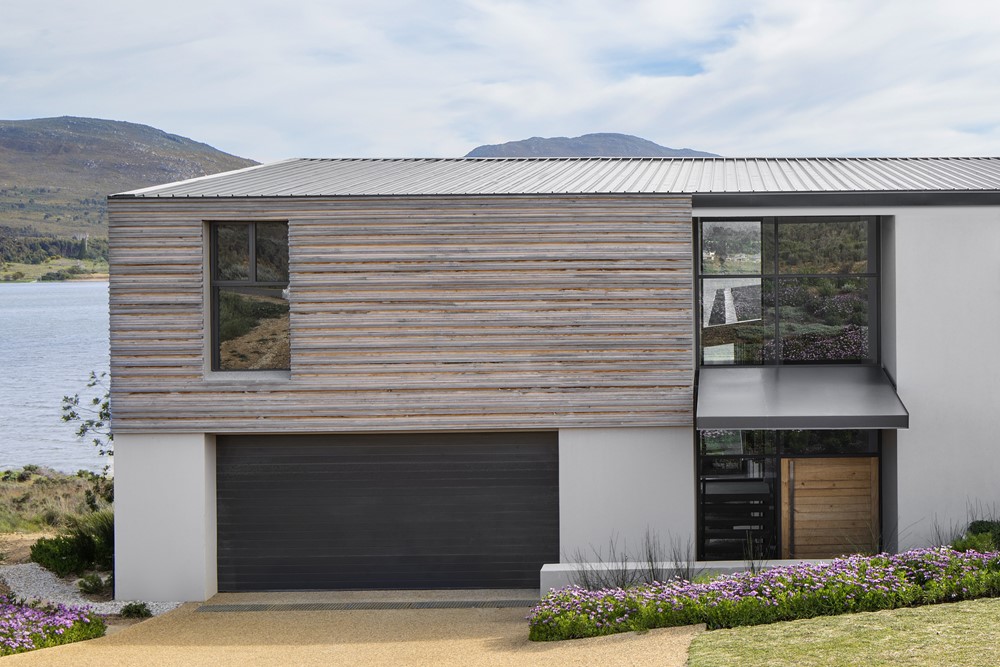 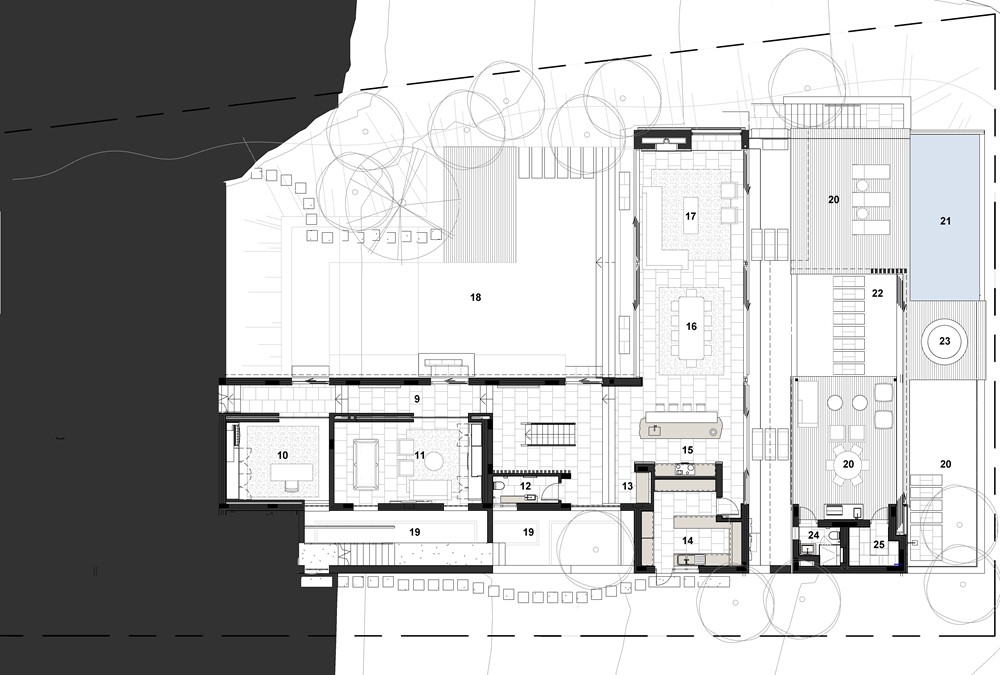 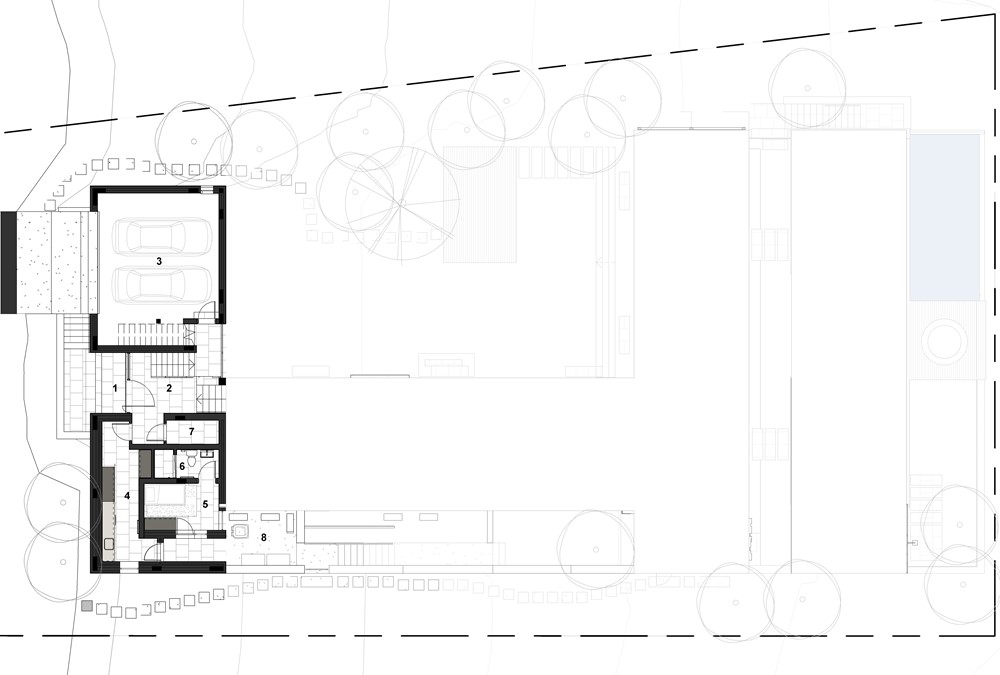 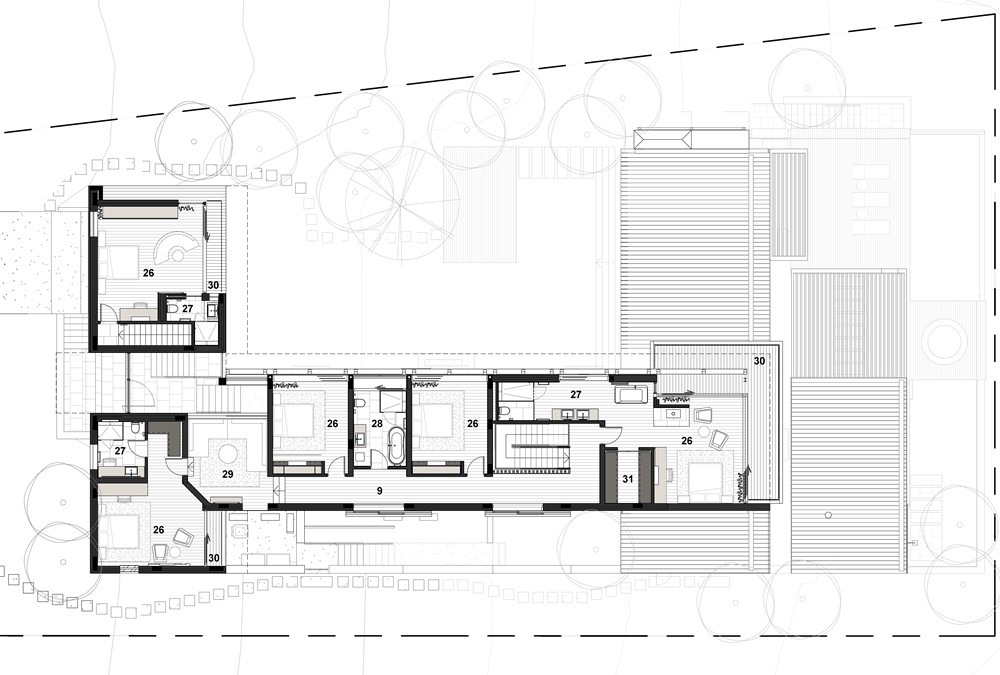 The setting for this house within Benguela Cove Lagoon Wine Estate, on the Botrivier Lagoon south-east of Cape Town is spectacular – a slope of indigenous fynbos vegetation runs into the broad waters of a tidal estuary bordered by mountains. The considered architectural design by SAOTA and Interiors by ARRCC of this holiday house in negotiate the inherent paradox of such exposure to nature – how to shackle the extreme elements – sun, salt, rain and, in particular, high winds – whilst allowing the exceptional natural beauty of the site to pervade every space.
Seen from the lagoon the result is a memorable composition – at once a considered response to the contours and microclimate of the site and a poetic narrative of shelter and outlook. Such an unusual form could feel out of place without its references to the distinct local typologies of barns and fruit-packing sheds. Timber sidings appear at the entrance and are repeated on key ceiling planes, the roofs are a celebration of corrugated aluminium, the over-sailing arms of the “C” shaped layout are a reinterpretation of the traditional “alphabetic” planning of the wings or “werfs” of historic local farms.
The owner’s vision for a comfortable retreat for his children coupled with liveable outdoor spaces for entertaining was developed into a “C” shaped plan whose wings serve to maximise outlook, frame views and create a large sheltered courtyard. This distinctive sheltering shape is again expressed in the wrapped floor-wall-roof profile of the three wings which, assembled together one above the other, track the site as it slopes towards the water. The interior design by ARRCC captures the minimalist sensibility of the architecture.
Entrance at the back of the building is deliberately understated; a modest canopy shelters the front door opening onto a landing from which a broad spine gently traces down the natural gradient alongside a generous garden courtyard. The corridor ends at the kitchen, whose island – a solid block of granite – forms a fulcrum with the principle living areas placed at right angles, parallel with the lagoon. The kitchen looks out over open-plan dining and lounge areas towards a fireplace and picture window framed in a massive concrete hearth wall.