GALILEO house is a project designed by CMQ architettura. The project is set in a small 75sqm apartment located in one of these buildings. The interior layout of the apartment has remained unchanged since its construction, with a blind corridor that served as the entrance and gave access to the various spaces of the house. 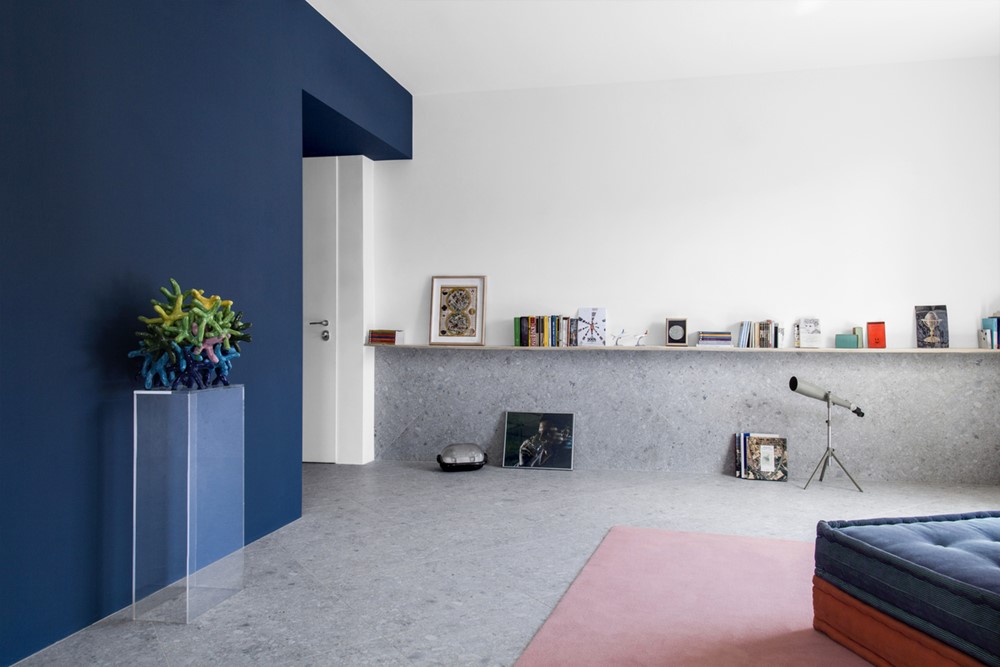 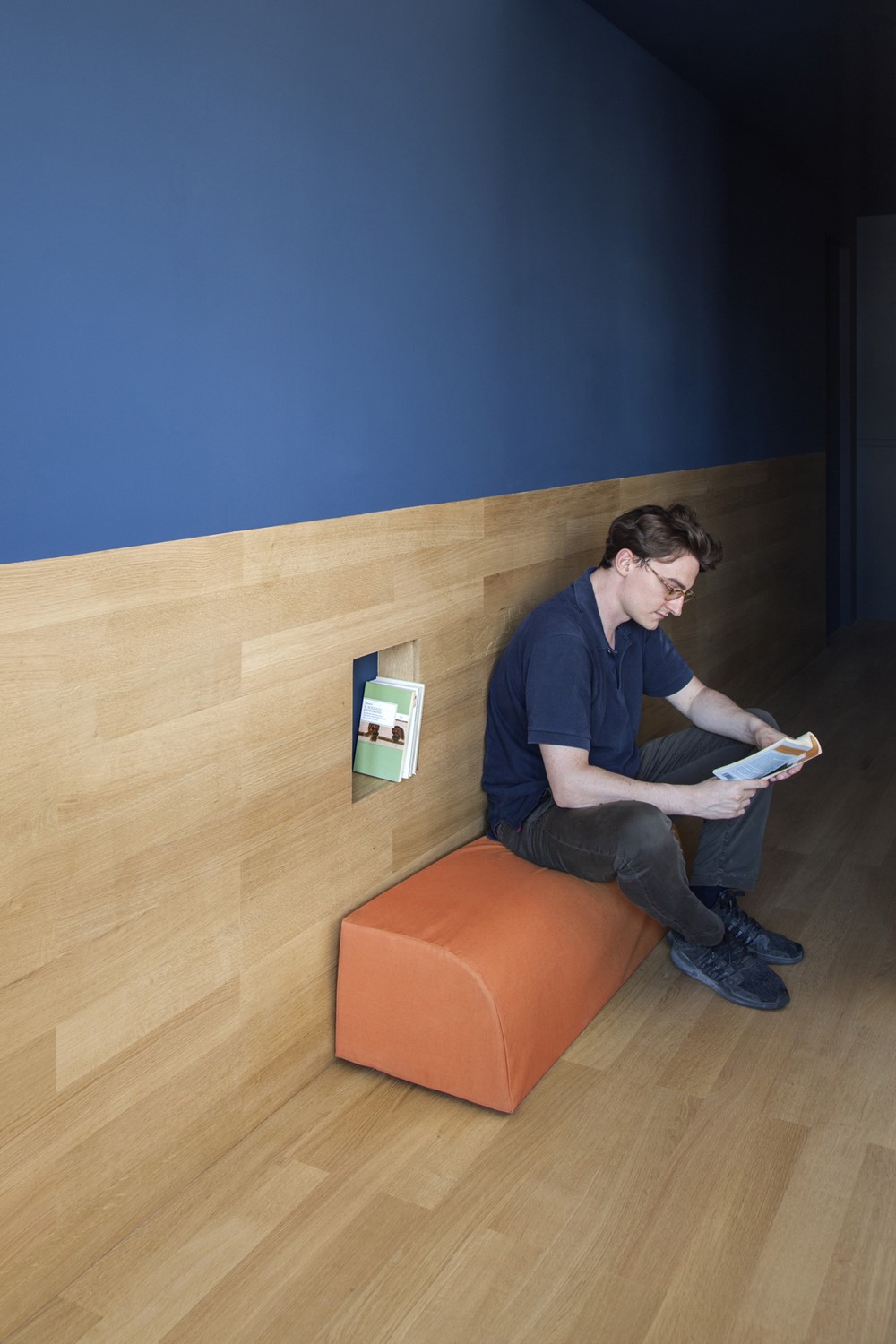 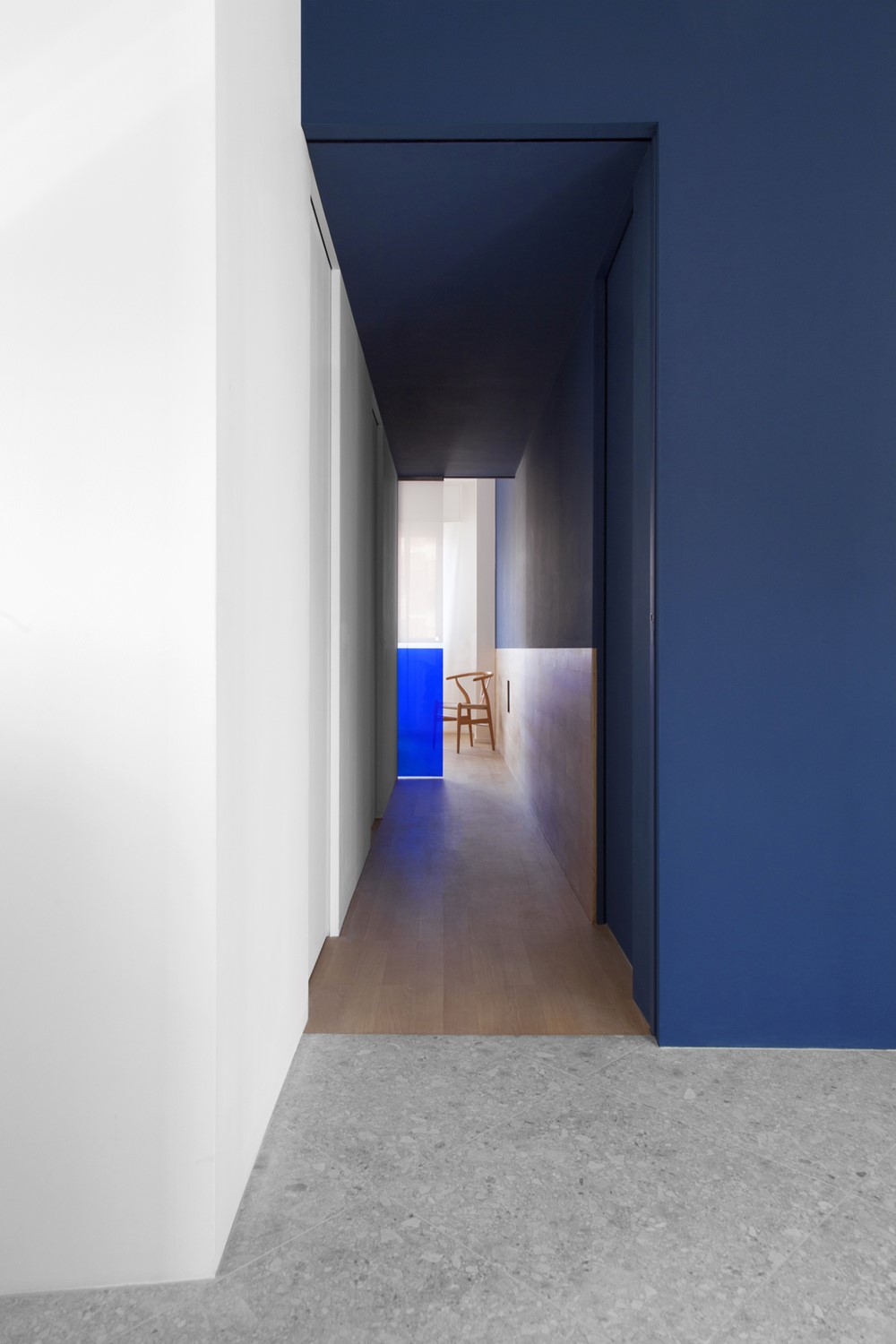 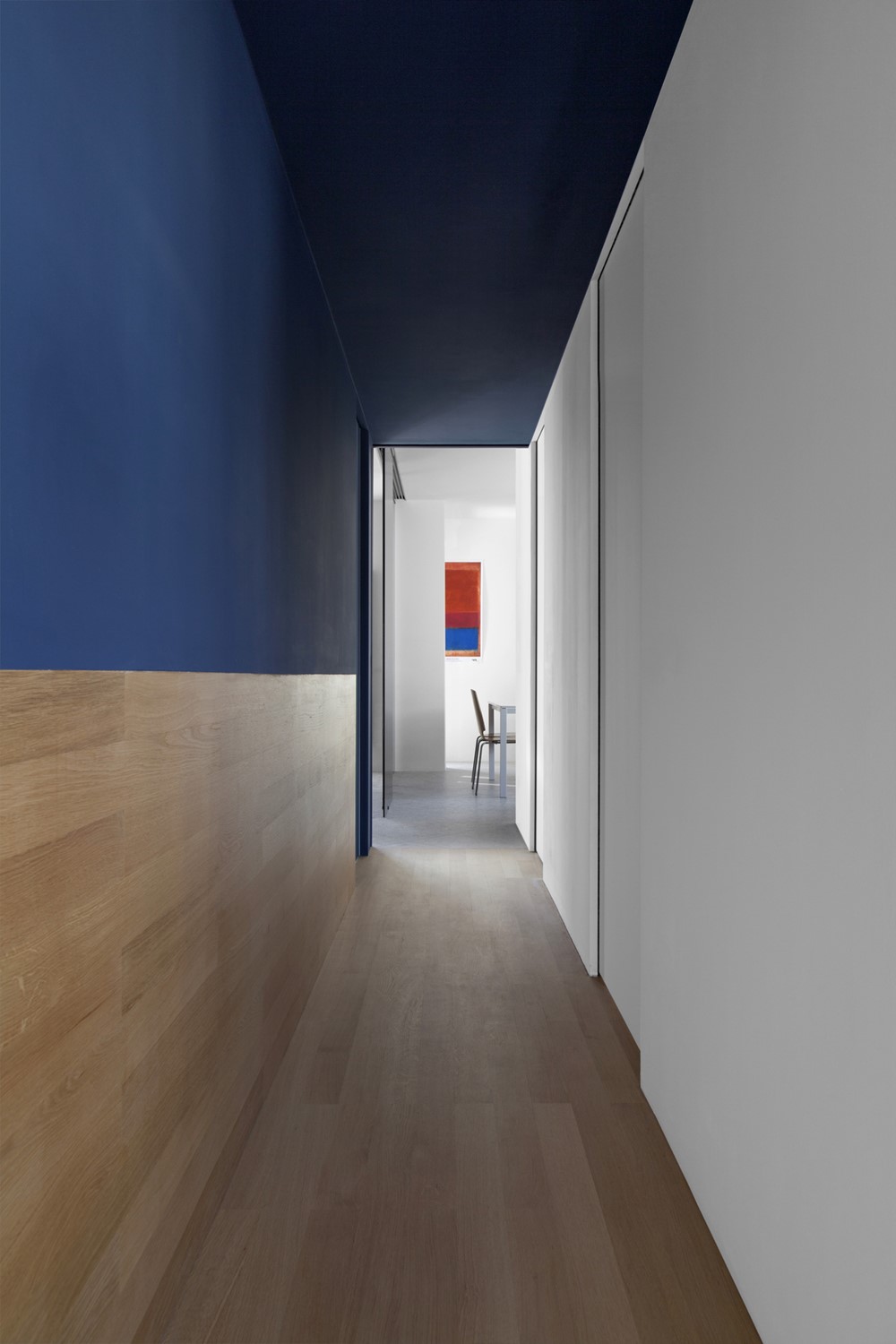 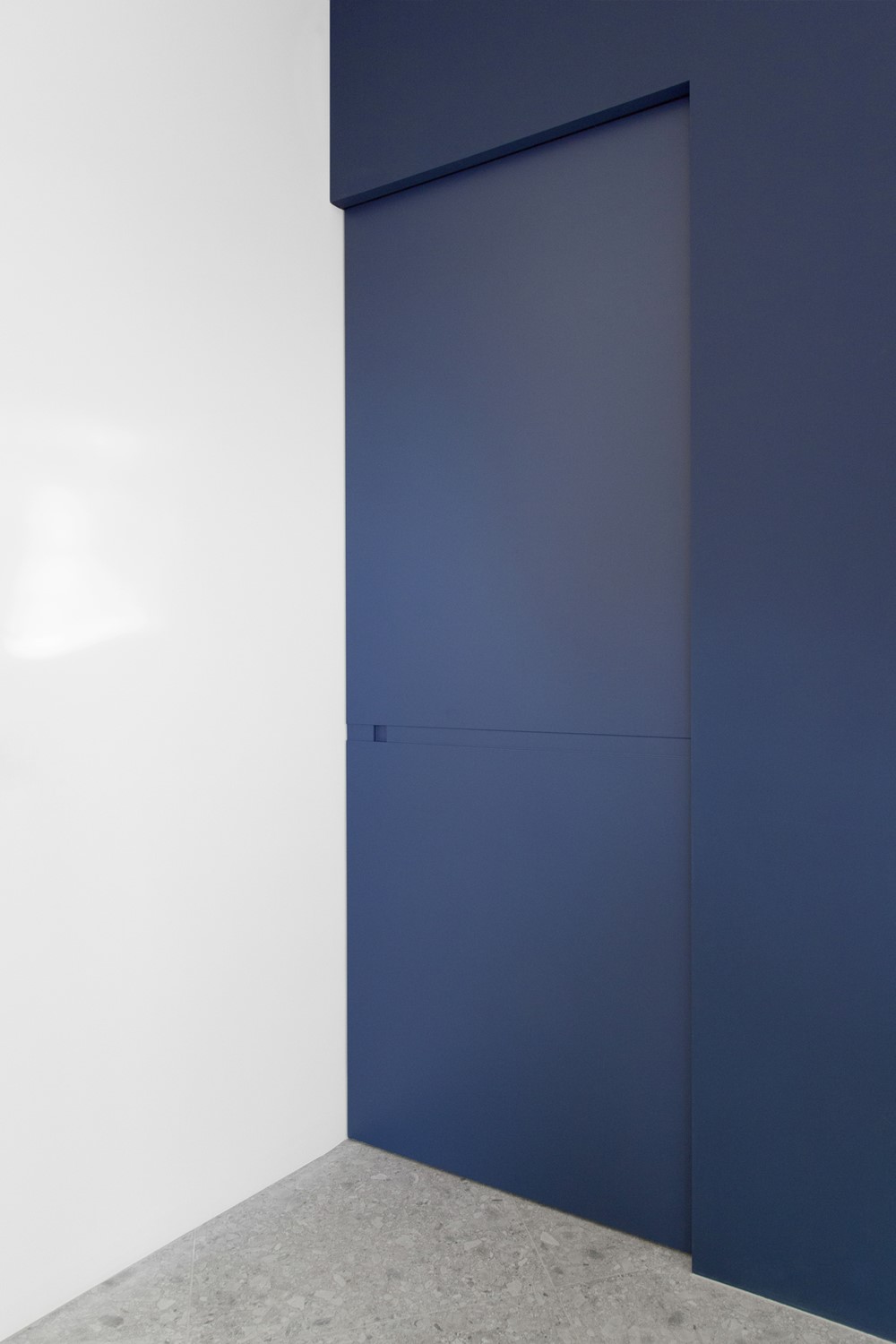 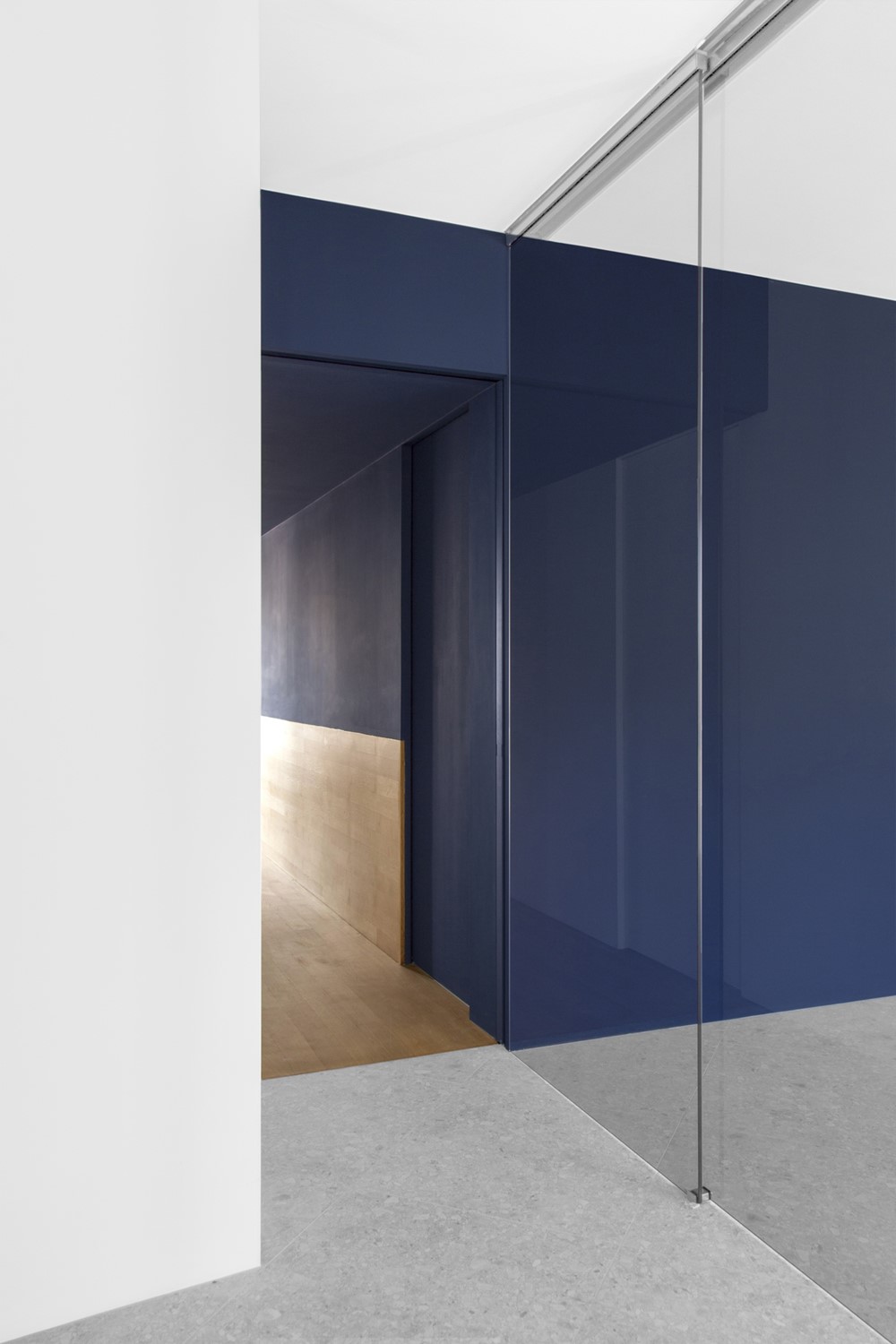 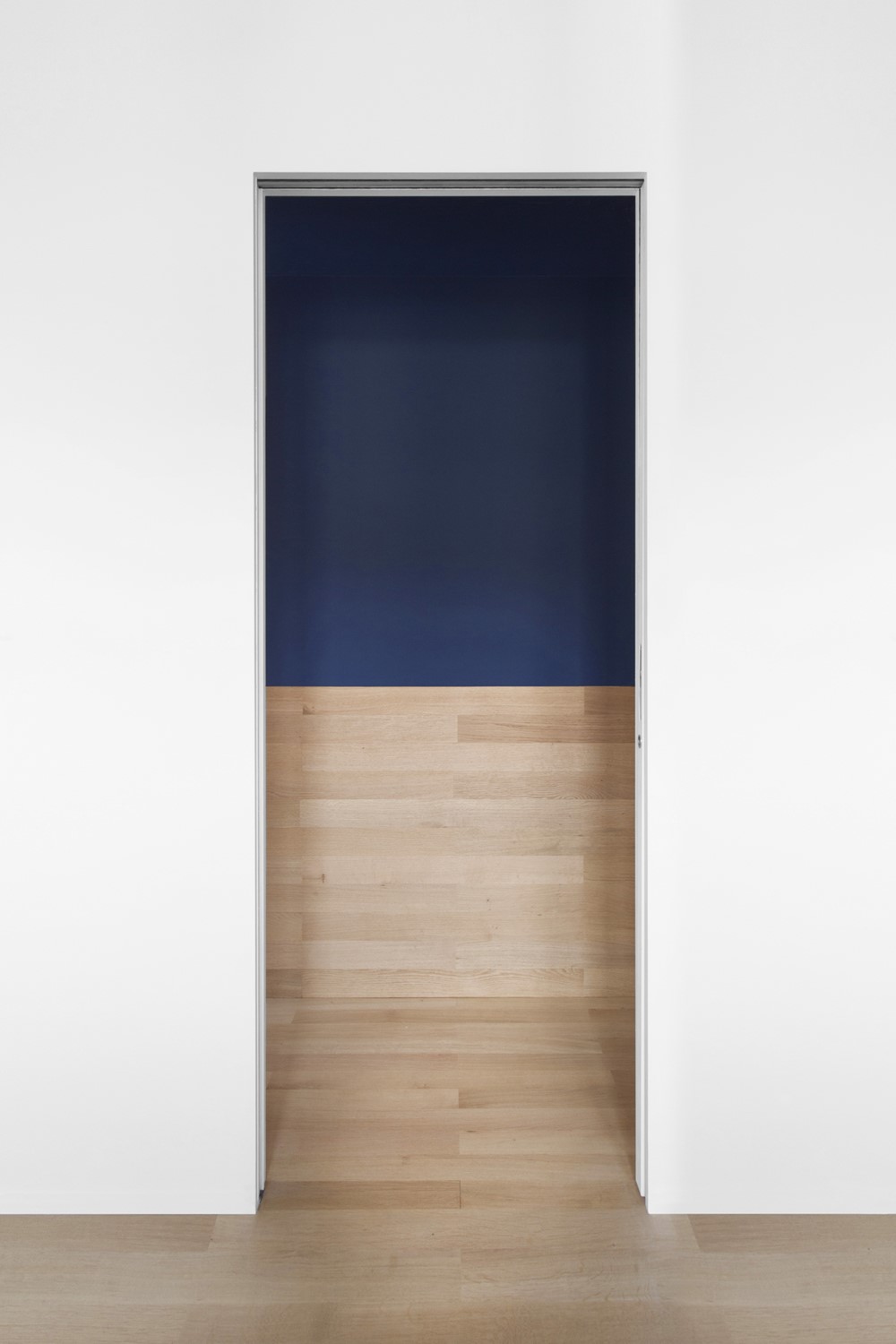 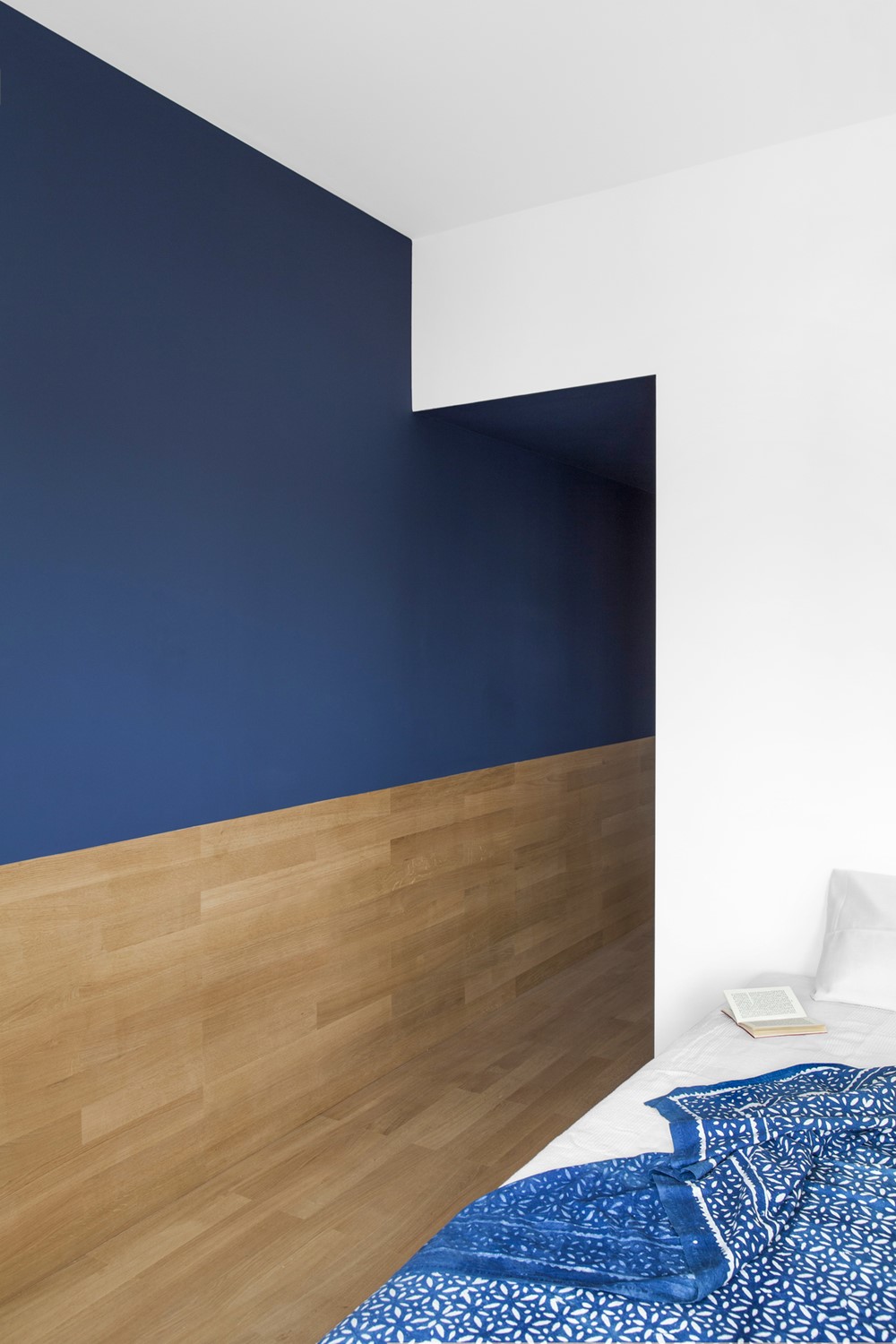 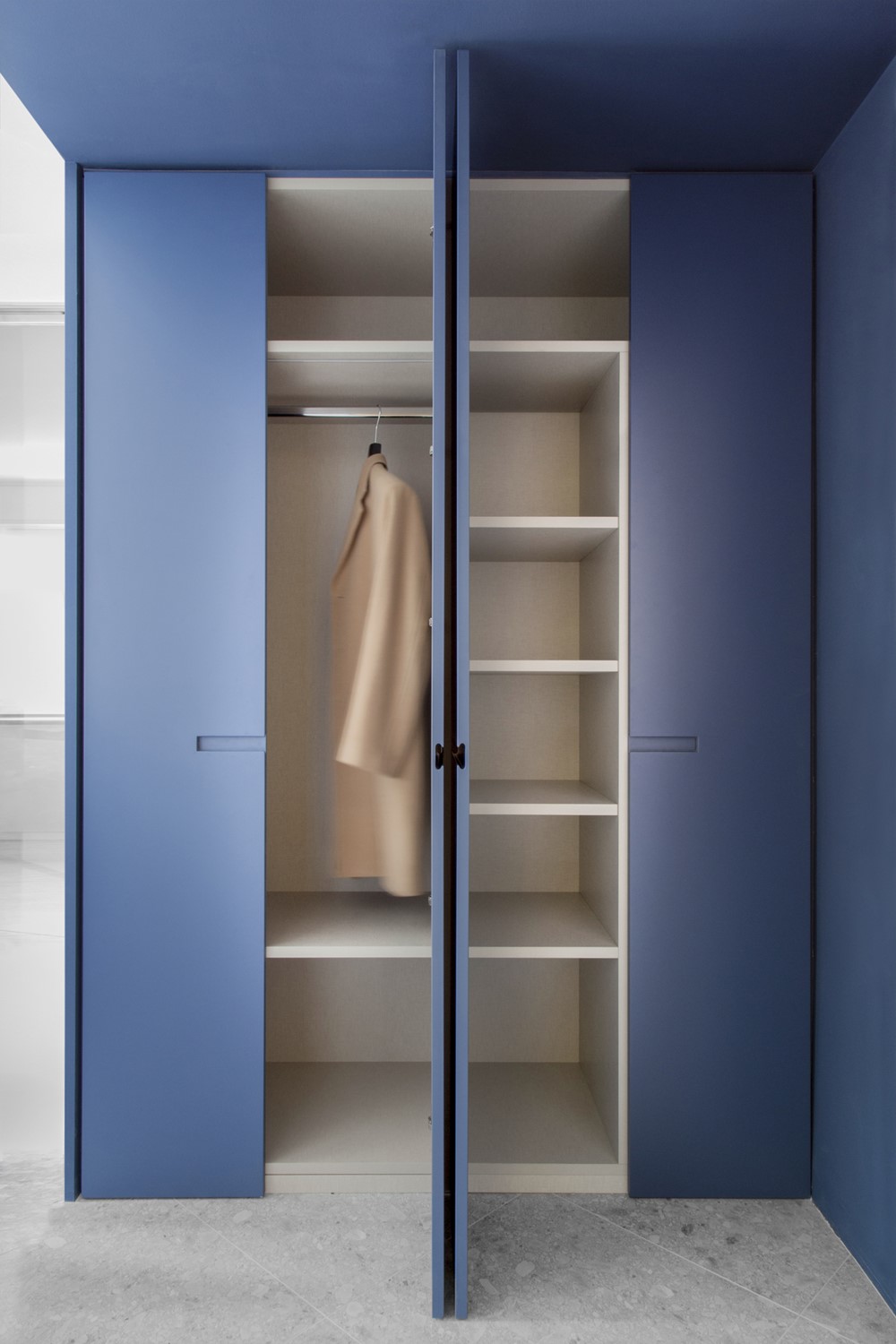 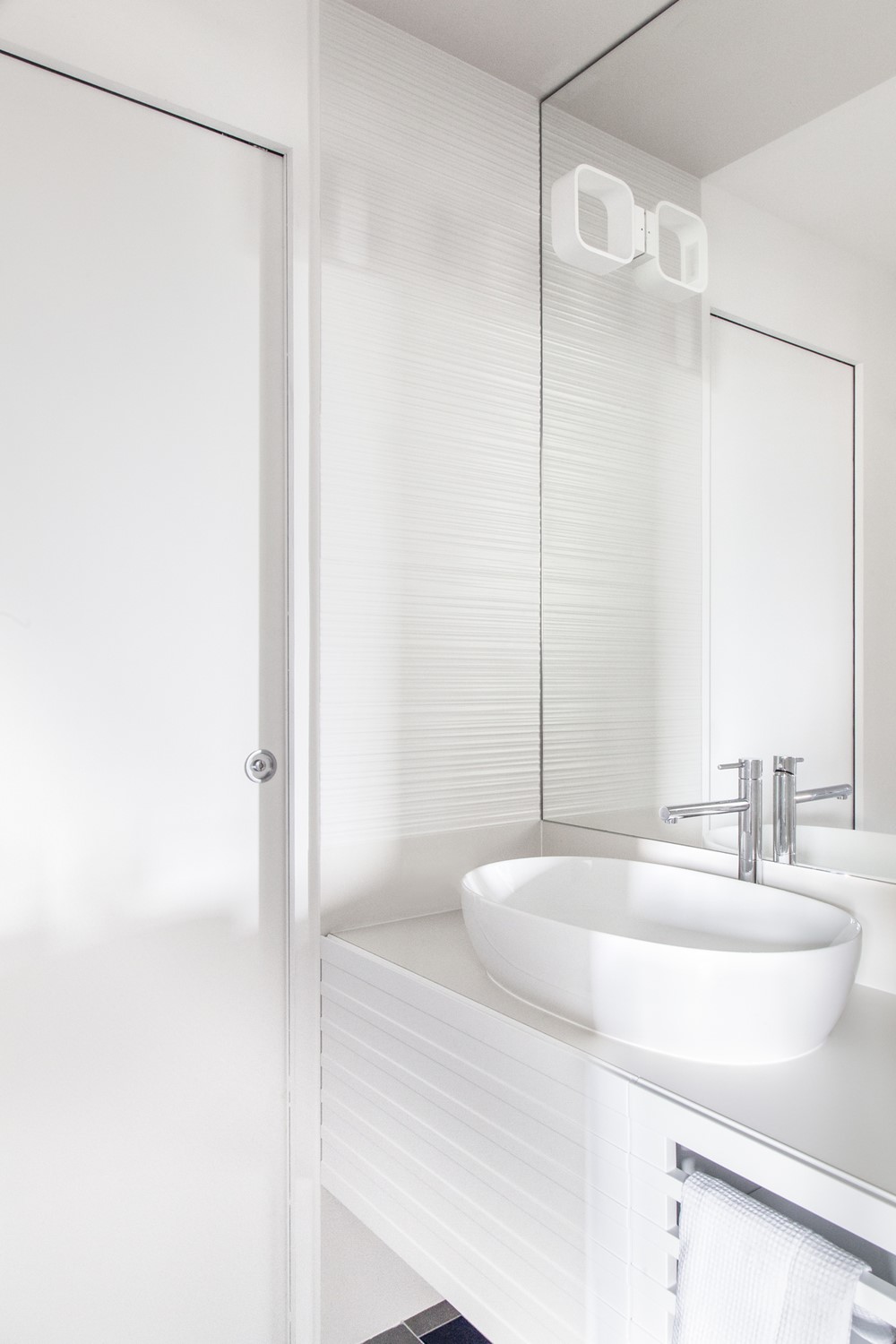 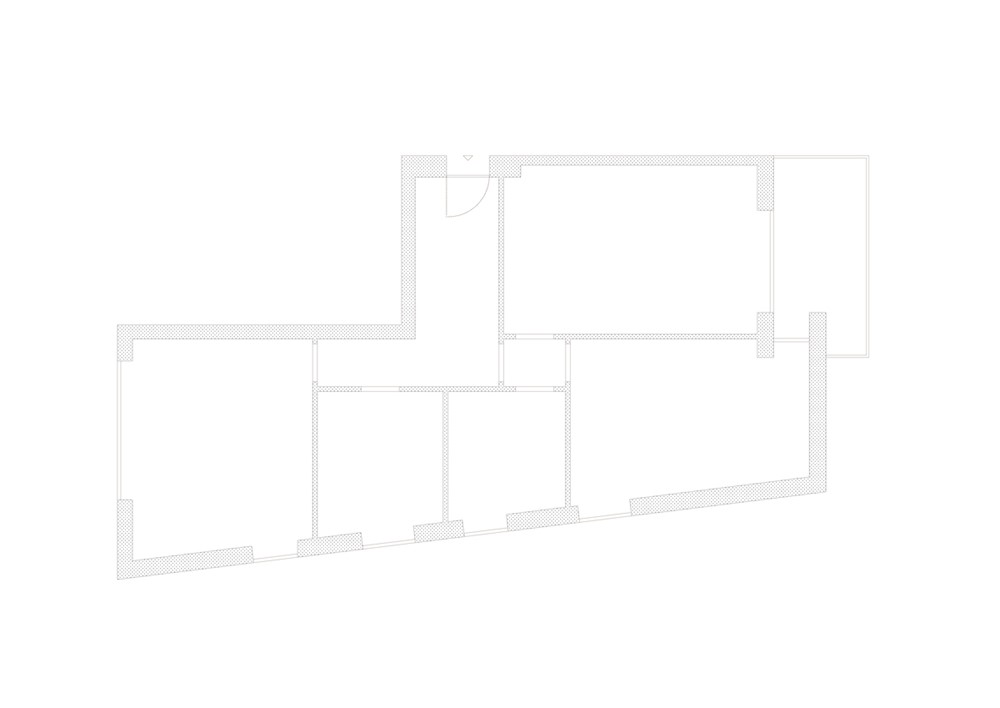 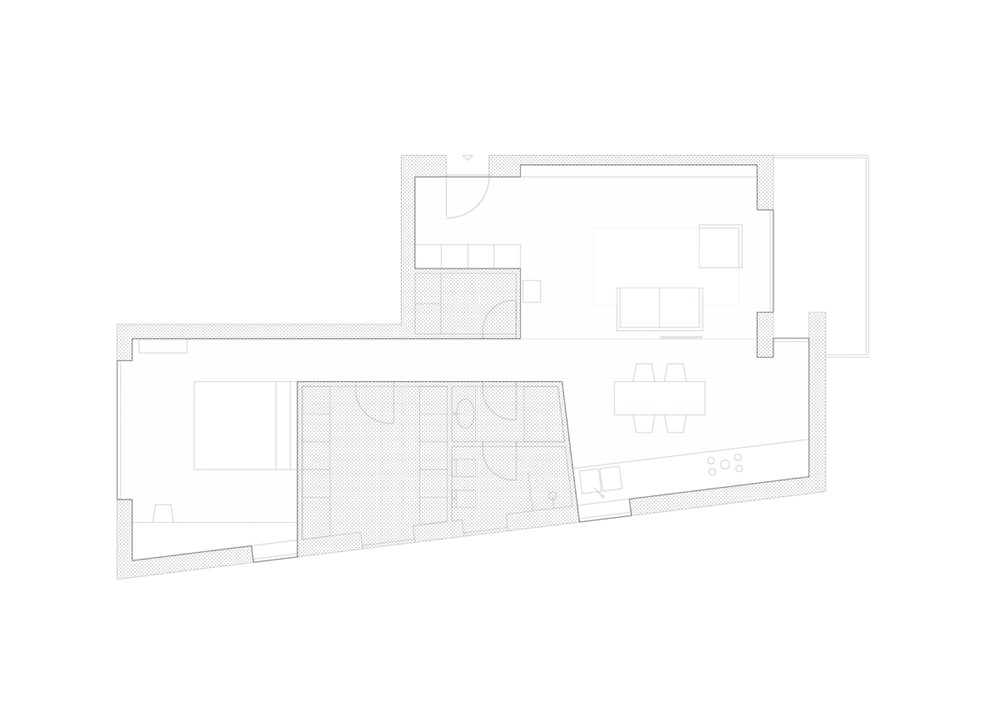 The freedom of the program has allowed us to investigate the value of an apartment that had no specific architectural quality. We realized that the conformation of the building lets the apartment to gather direct natural light all day long through three different views facing East, South and West. This characteristic has led to the realization of a unique space that could restore a relationship with the light in every point of the house, making the Earth revolution to be perceived within a small domestic space.

By denying any division, the entrance, the living room, the kitchen and the bedroom are placed in a single space that extends from one side to the other, allowing the external element of light to cyclically change the perception of the house in every point of the apartment.
The service areas of the cloakroom, the bathroom and laundry have been designed by subtraction and have been treated through pure walls, which soften their presence.

The different materials tension the image of a unique space to allow different degrees of intimacy within the house. The entrance, the living room and the kitchen are made of typical Milanese stone, “Ceppo di Grè”, while the room and its connection with the rest of the house are made of in wood. Placing these materials on the walls made it possible to generate a domestic atmosphere, which, in one case is translated into the background of the memories of the owner, while in the other wraps up a small reading space. the blue painting, from simple decoration, becomes the linking element of all the environments.