TRA is an ‘interactive device’ designed by CMQ architettura which questions the traditional living habits, offering an alternative way of inhabiting a domestic space of an historical Milanese building of the early twentieth century. TRA, in particular, is a project which allows the conversion of an apartment into a polyfunctional space: an office, which hosts a local communication agency able to integrate the main living functions and facilities to be rented eventually as a B&B for short-term periods. Photography by Elisa Galluzzo 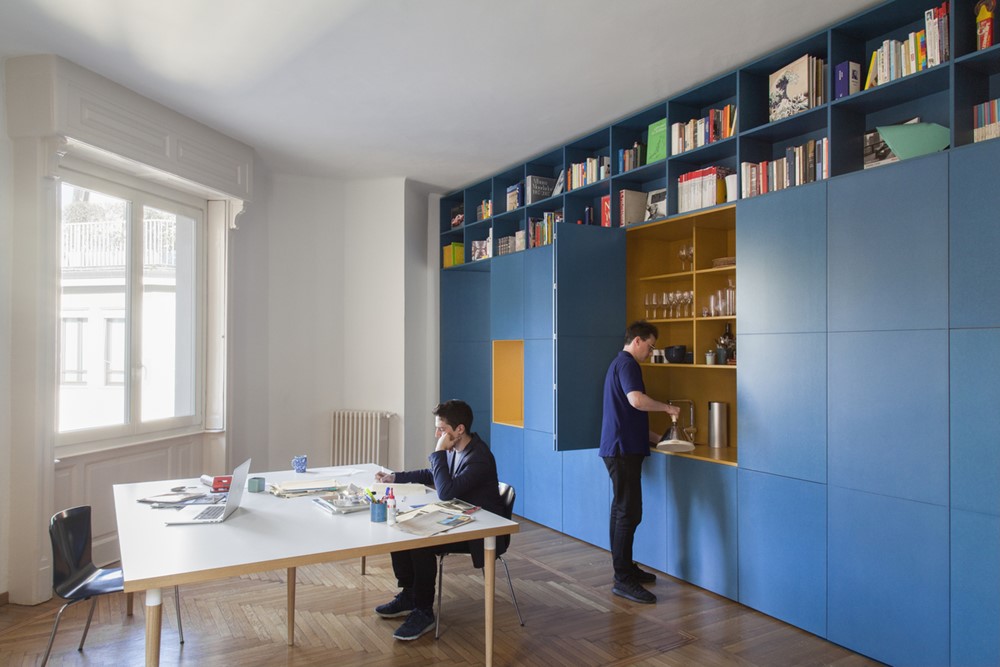 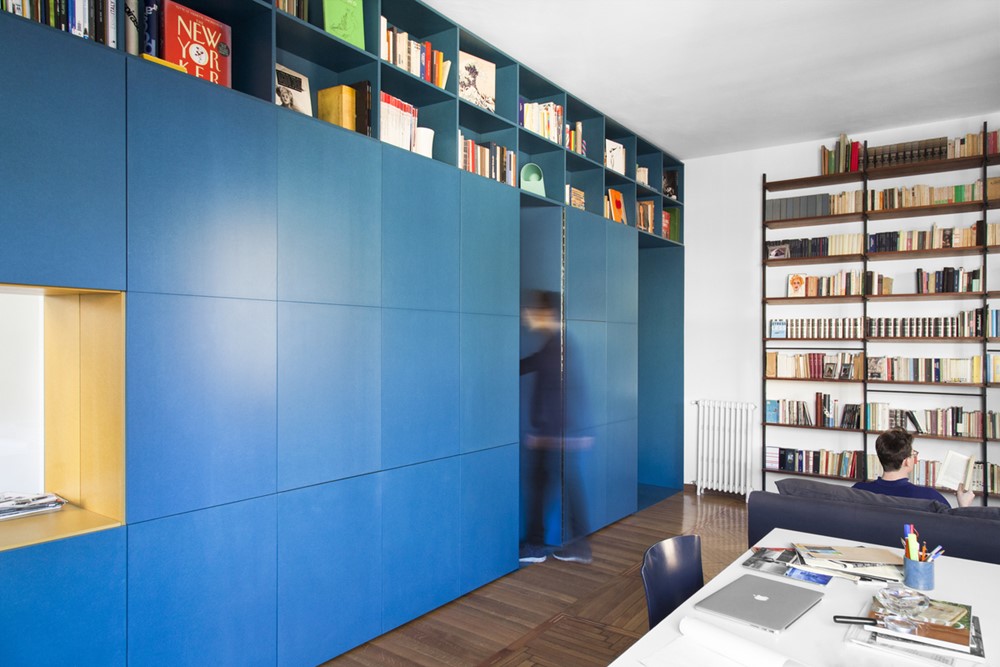 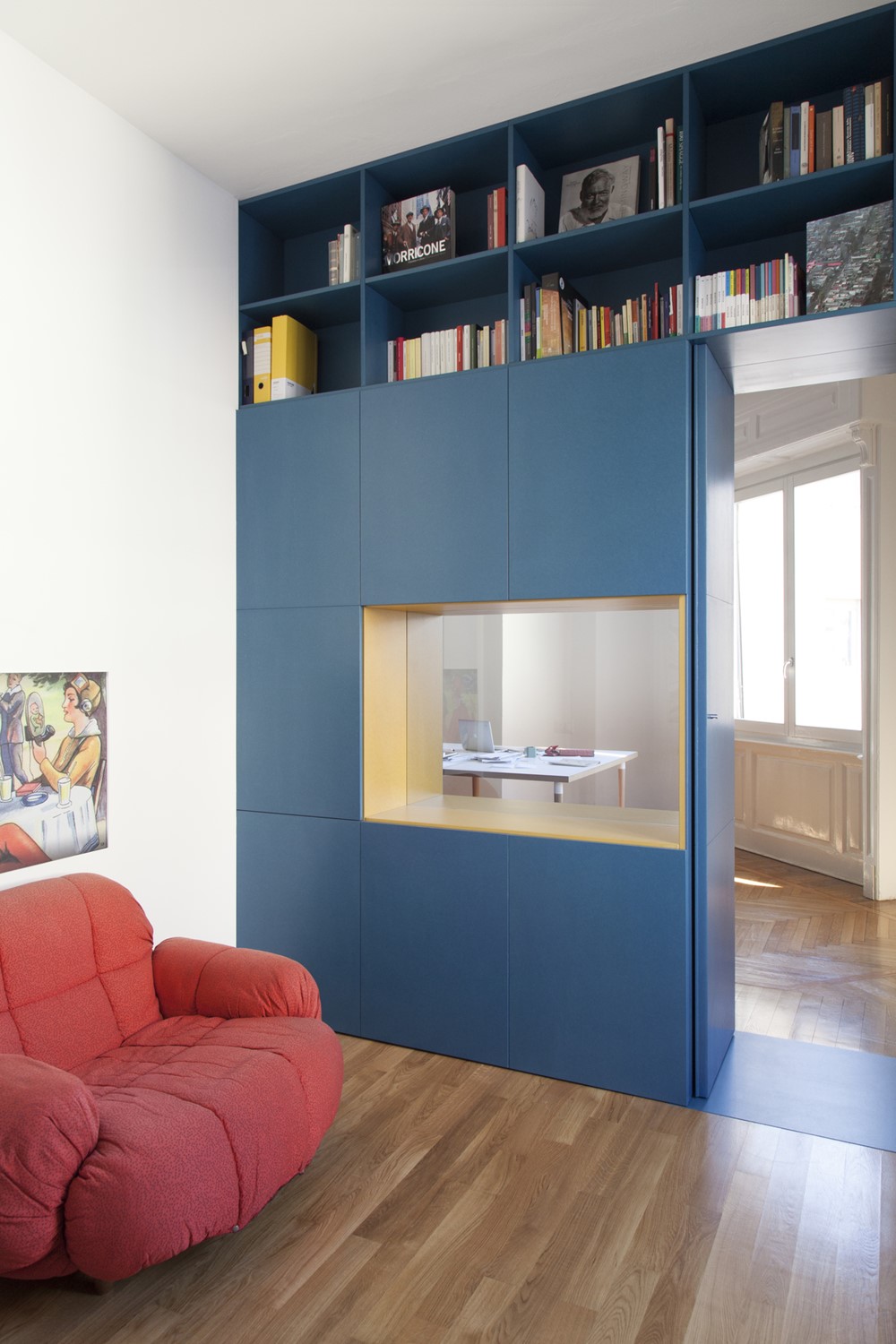 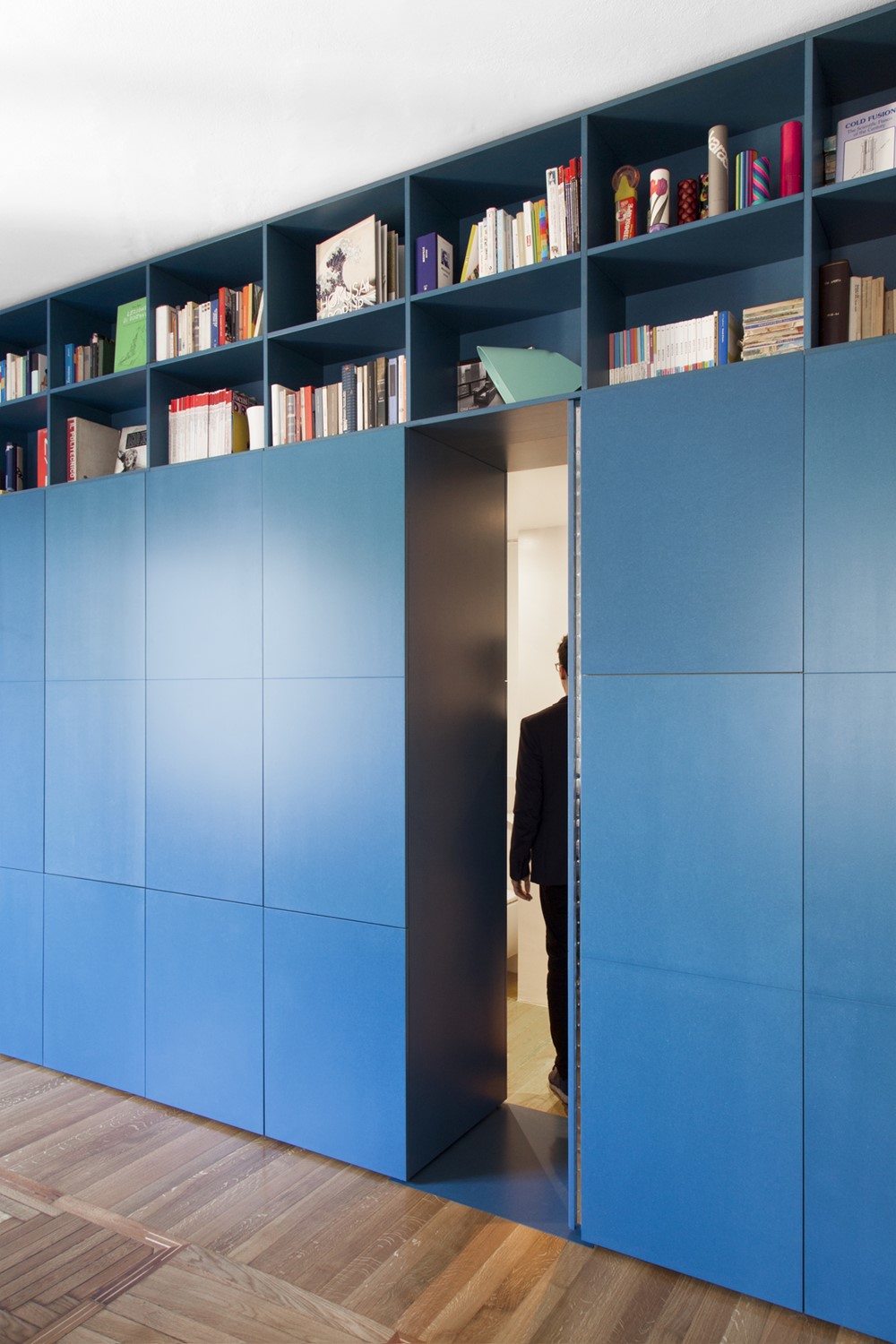 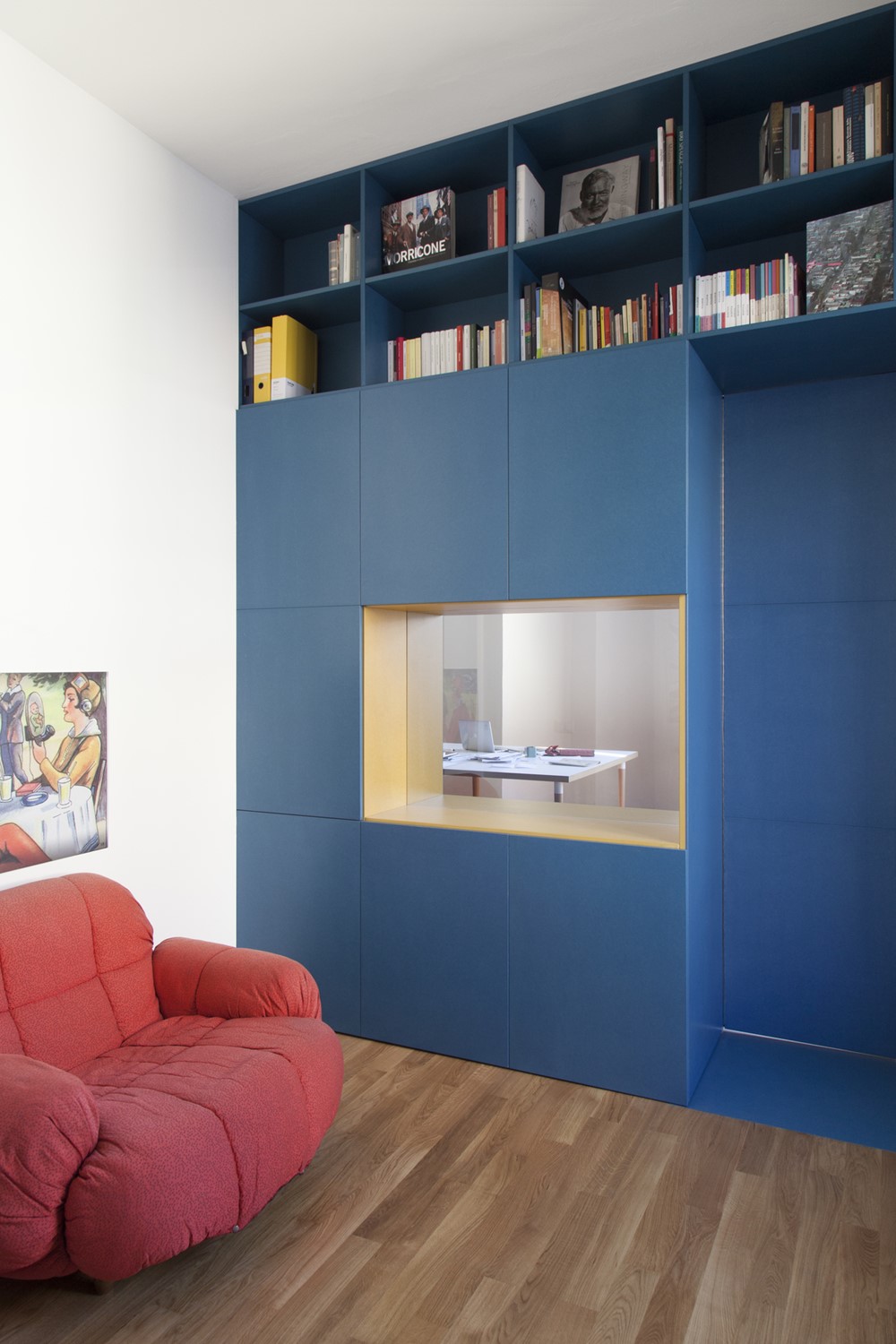 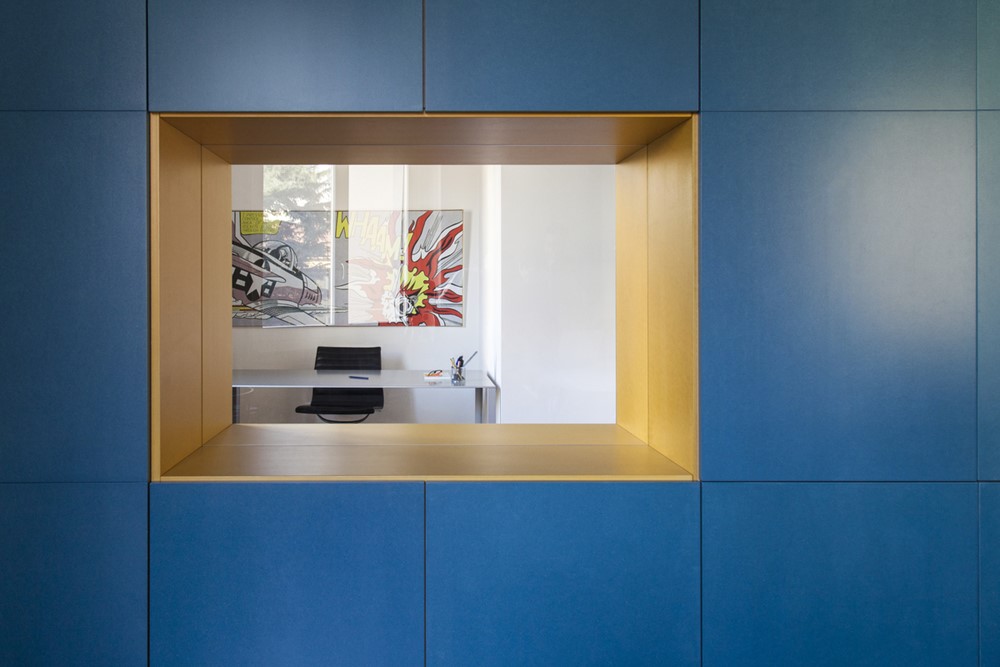 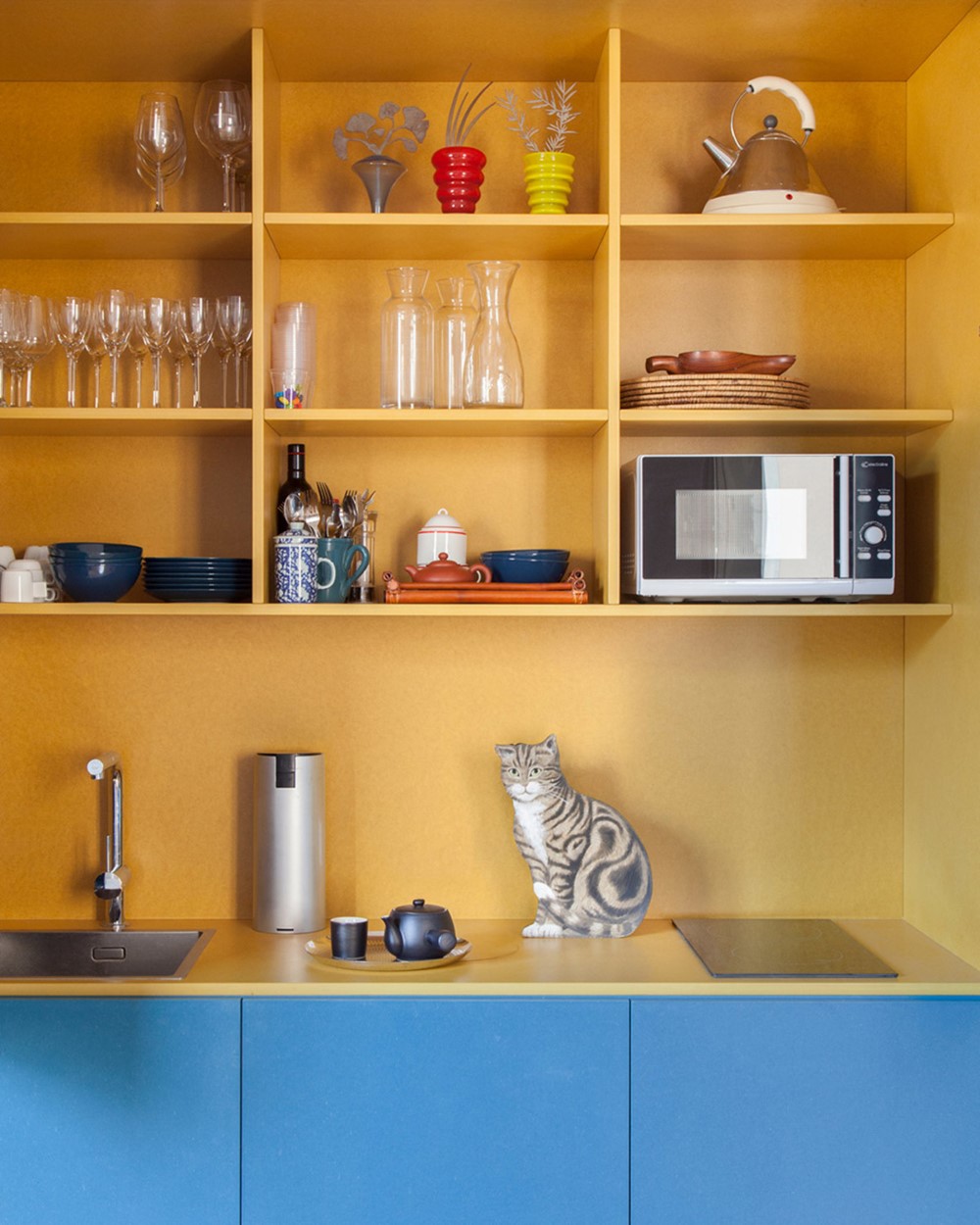 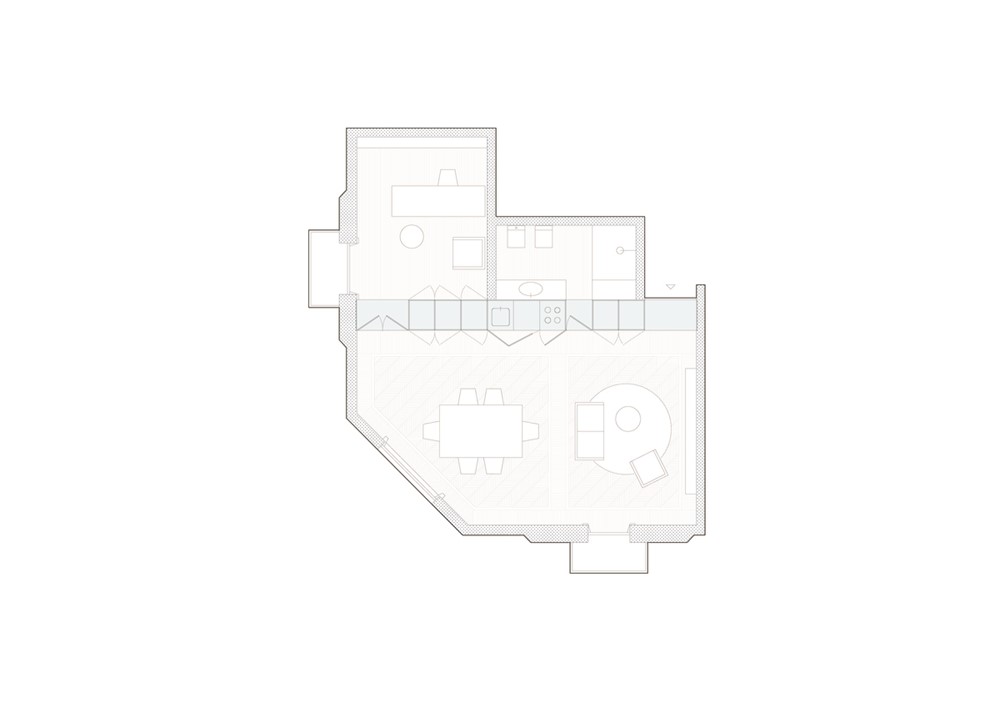 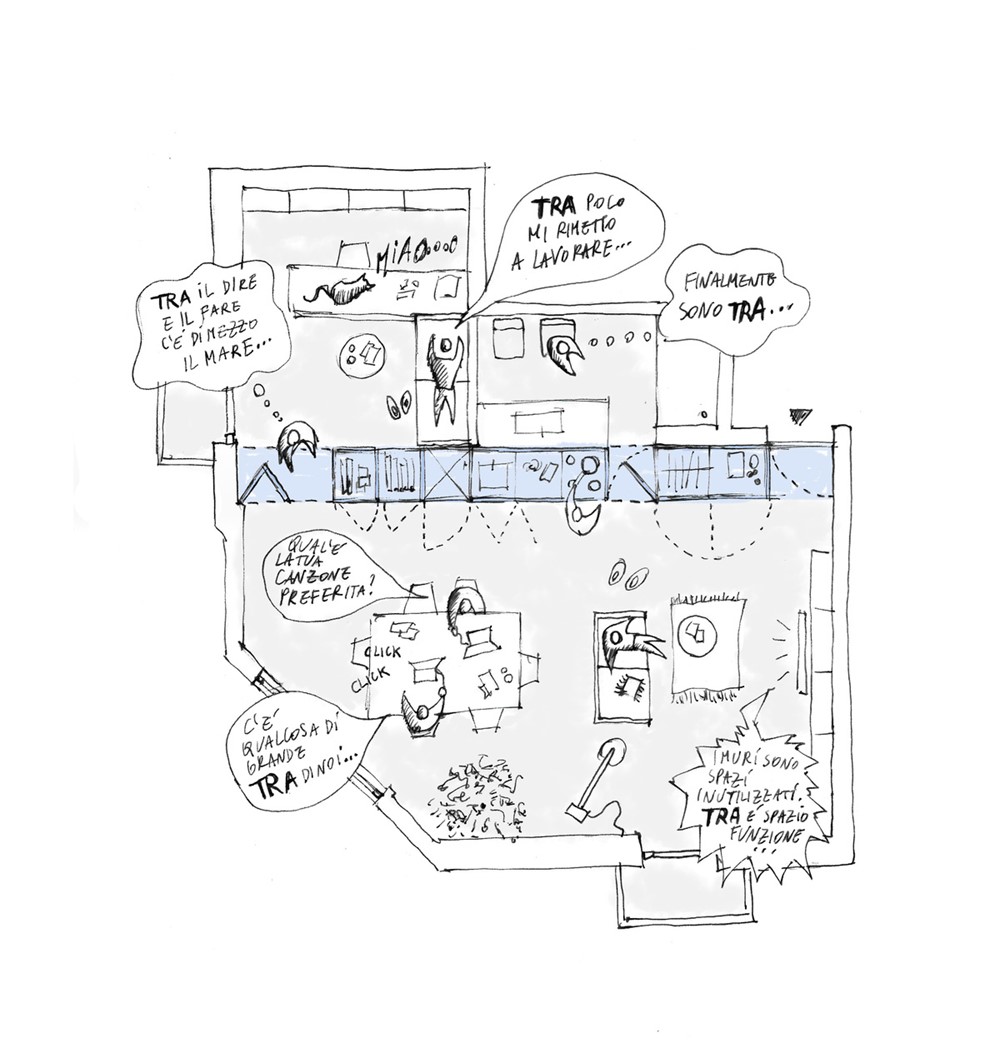 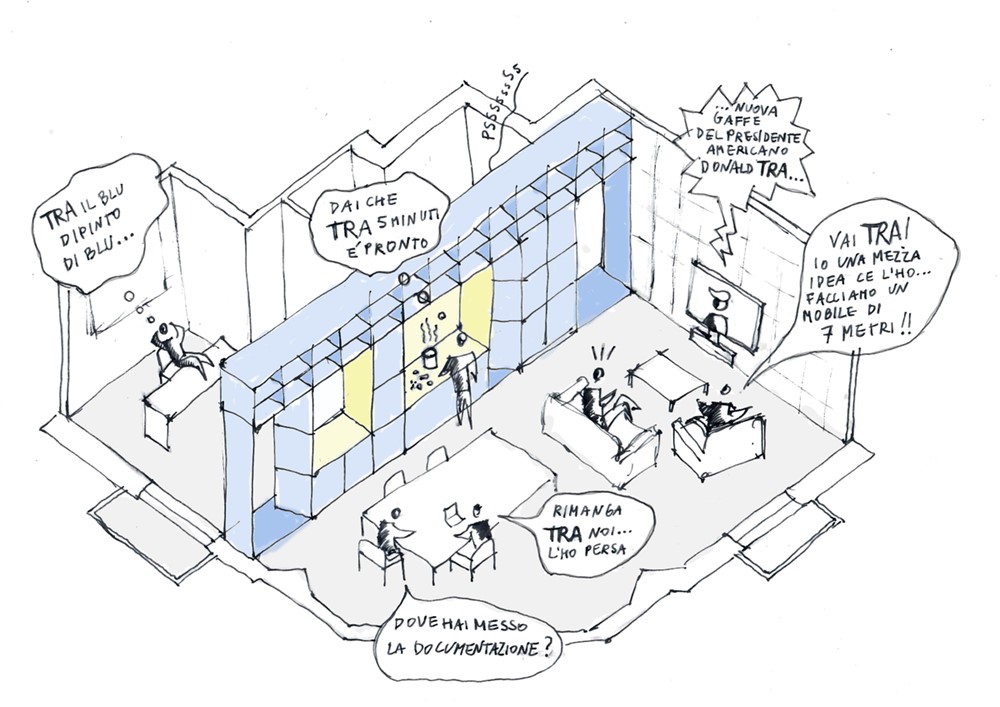 The modular inhabitable-wall, called TRA, which in italian means ‘in between’, takes inspiration from CUB-8, a design system developed by the italian architect Angelo Mangiarotti in 1967: in particular his project consisted in a functional, flexible and modular element conceived for a domestic space. TRA is based on the same principles but, differently, adapts itself to a space which is polyfunctional according to the contemporary needs. Enabling both a domestic and office scenario, the element generates a constant shift between the collective and the private spheres.

Collecting internally different functional spaces and services, the inhabitable-wall optimises the space around, making it flexible and reconfigurable. TRA, indeed, hides at its core a kitchen, a wardrobe and several containers and bookshelves usable in both sides. Looking at the elevation, the device appears as a simple and flat element, conceived as an obsessive repetition of a module. In fact, it hides a complex system of entrances, windows and functional spaces, which involves the users in a playful spatial discovery. When the inhabitable-wall is completely closed, there is no perception of the several facilities contained within it. As a consequence, as it works with an advent calendar, the users are more encouraged to discover what TRA hides, which activities it is able to generate and where it is actually crossable. This playflul and interactive experience contributes to generate a dynamic context, establishing an unique dialogue between architecture, space and users.