Apartment ALU is a project designed by Kika Tiengo Arquitetura. The owners of this 210m² apartment in Itaim are a young couple, parents of two small boys. They already rented another apartment in the same building, so they were already quite familiar with how to live the property and aware of the changes that needed to be made in the new house. 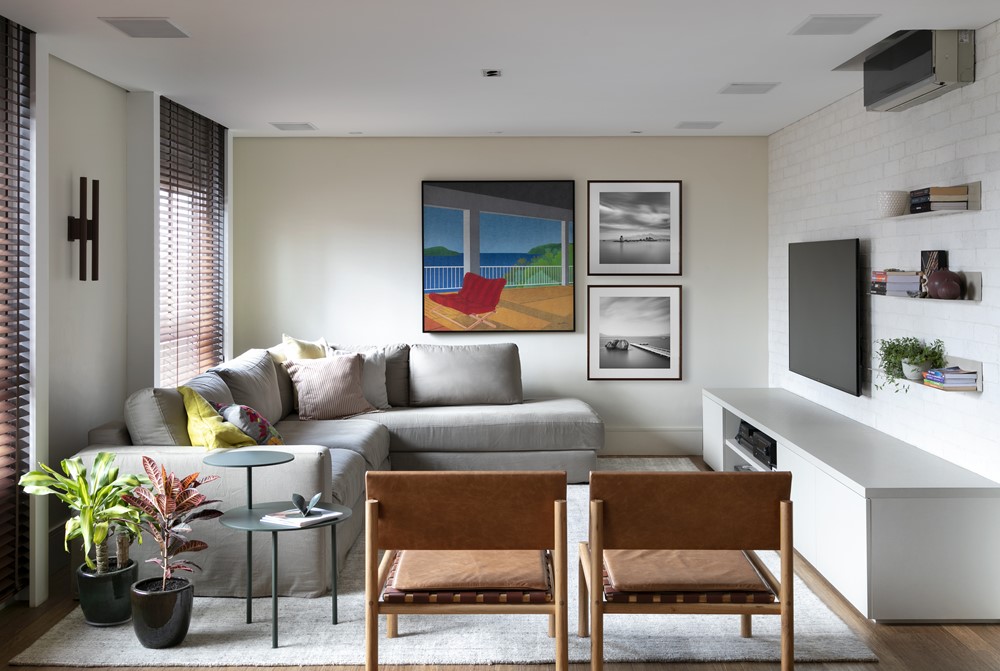 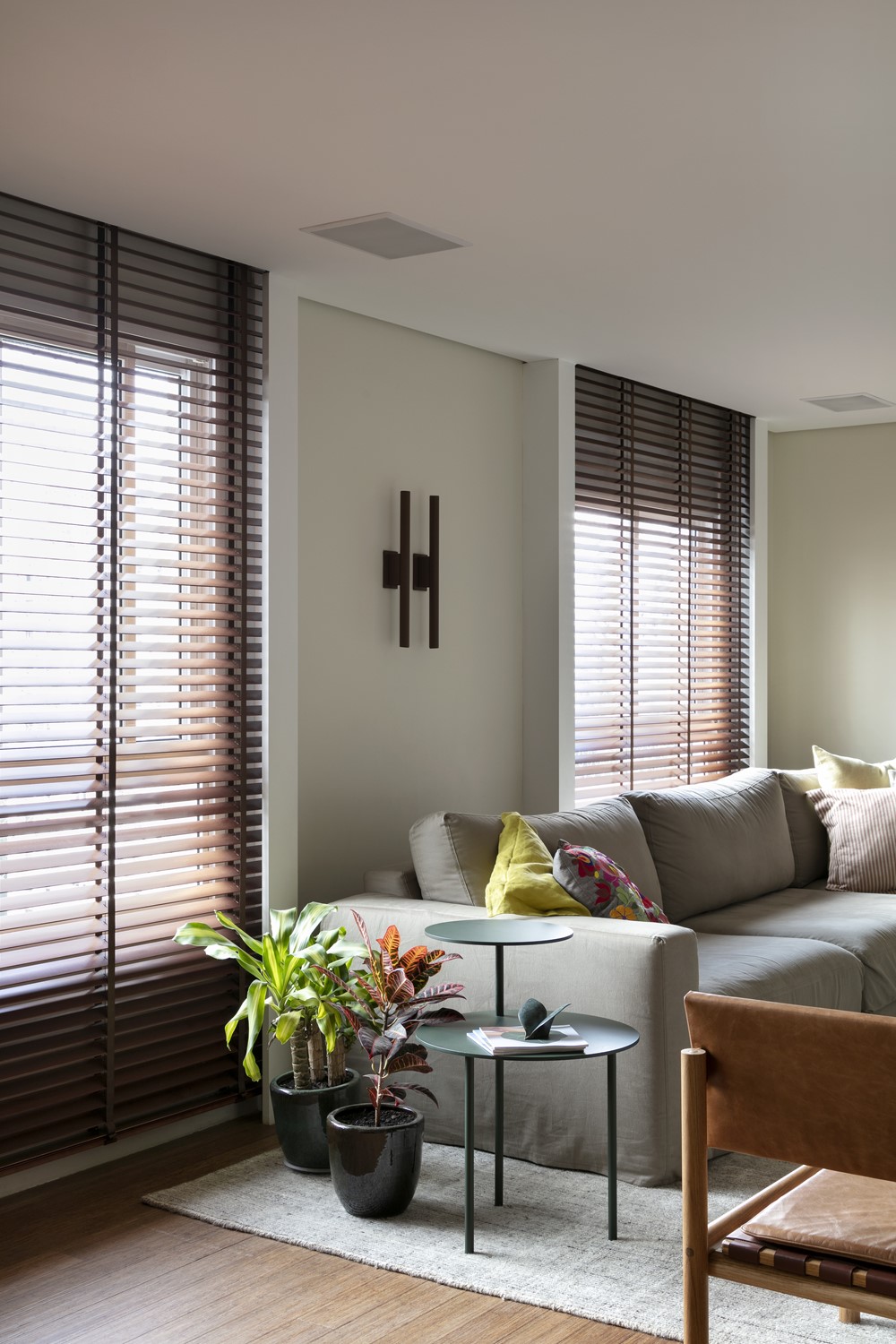 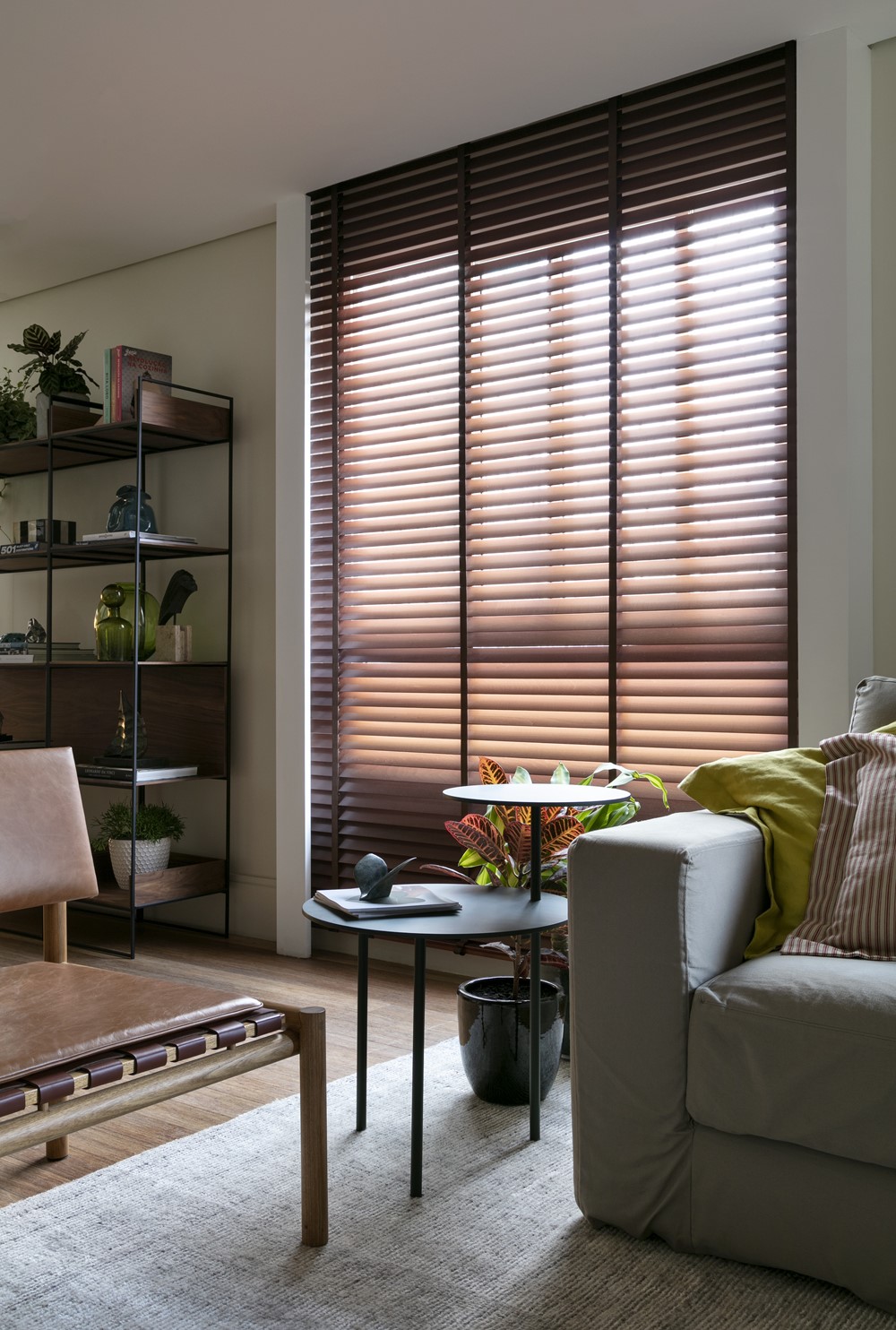 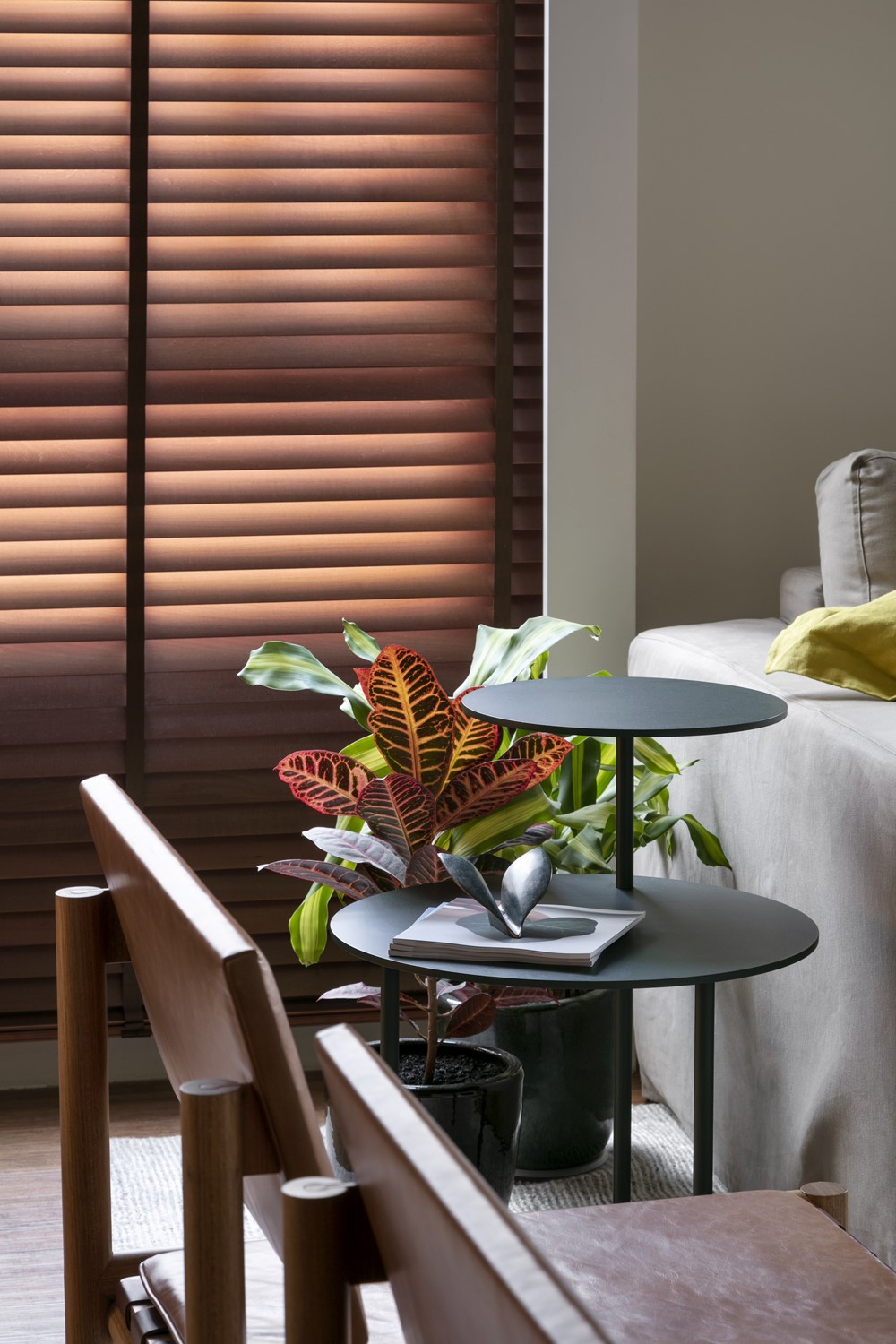 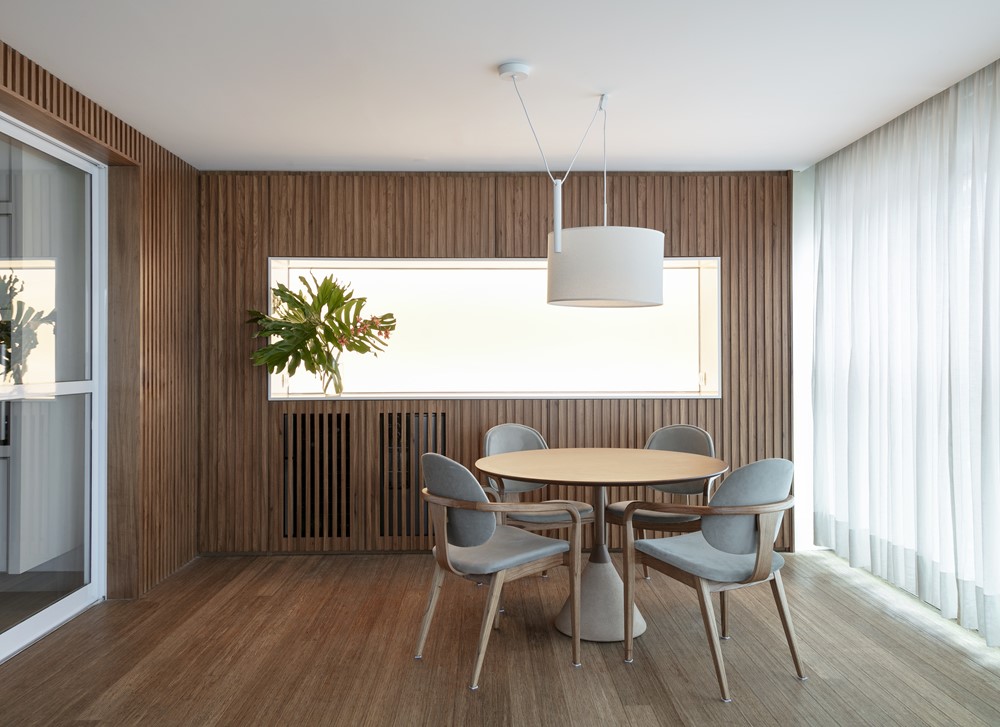 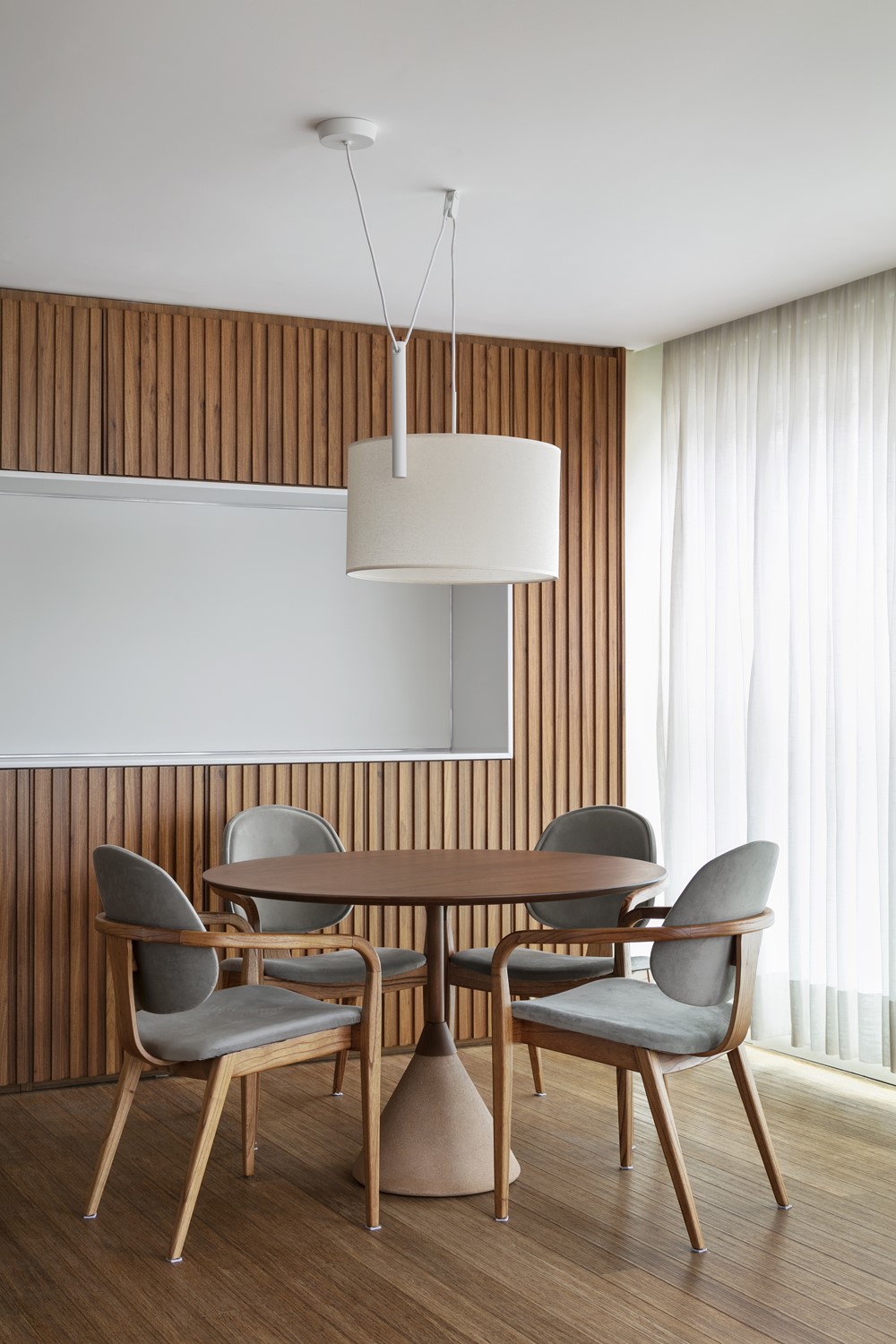 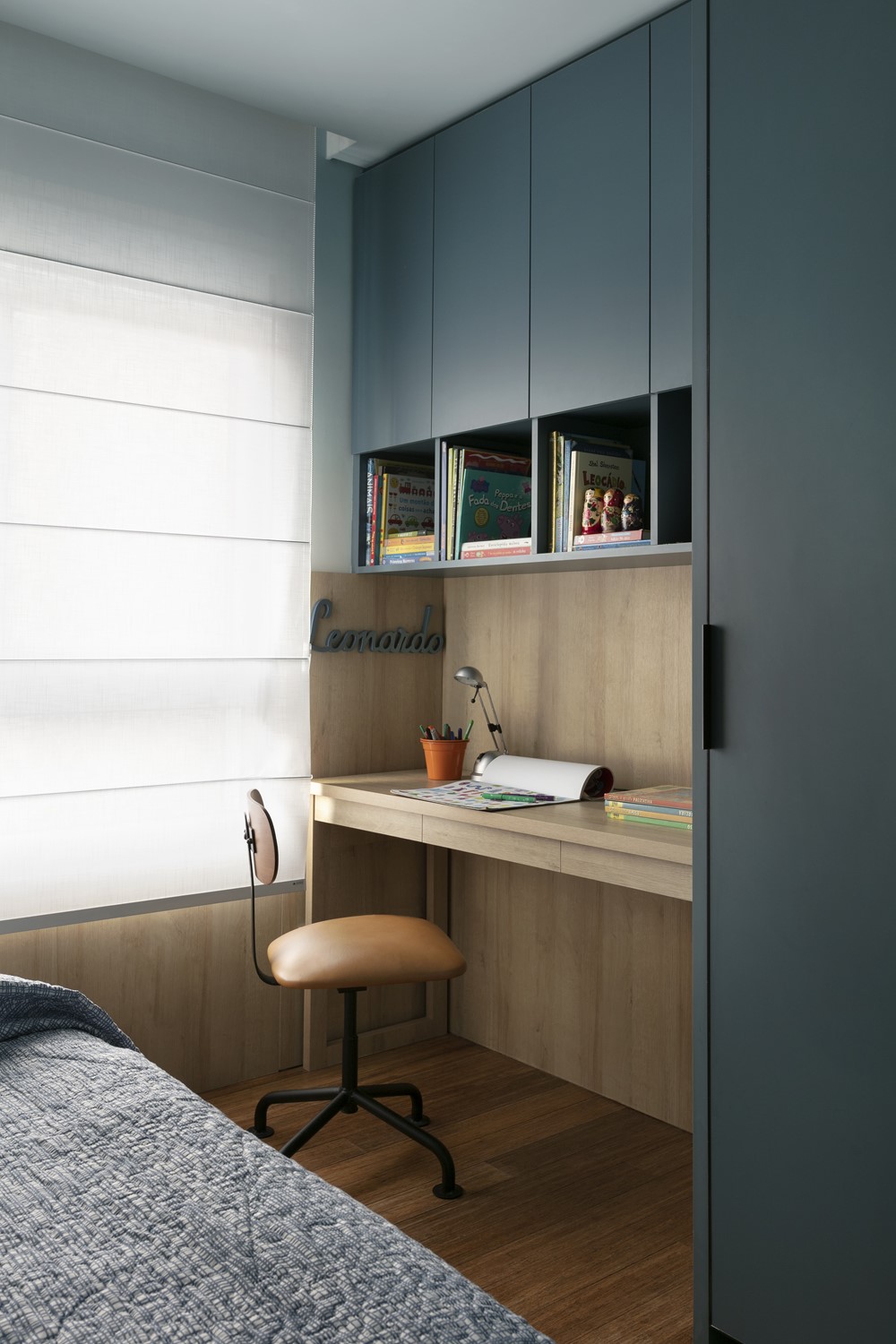 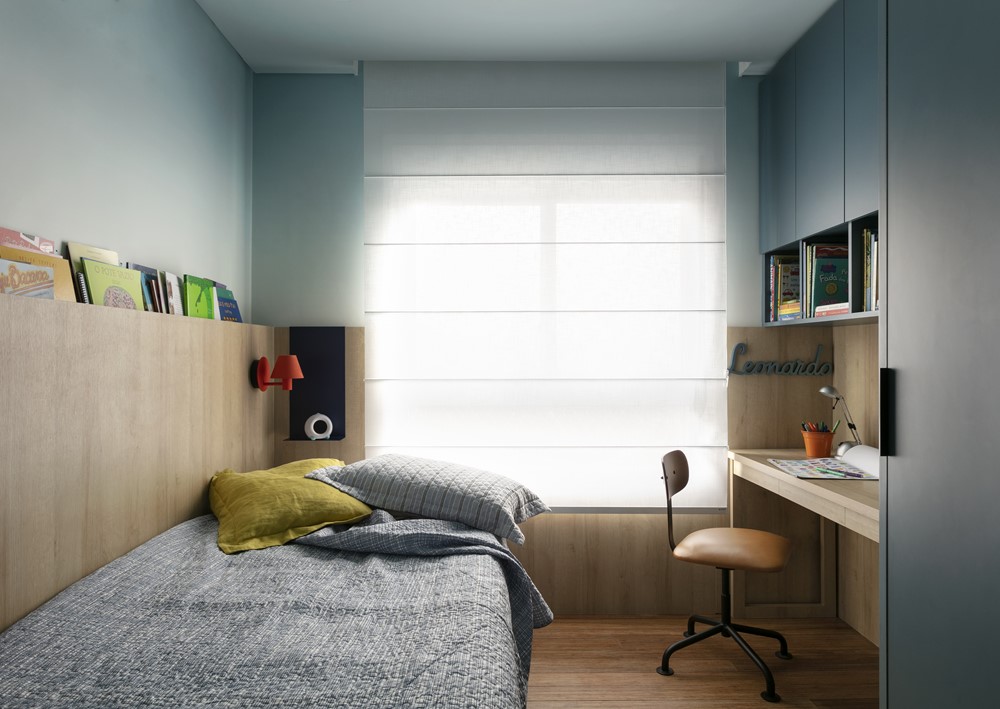 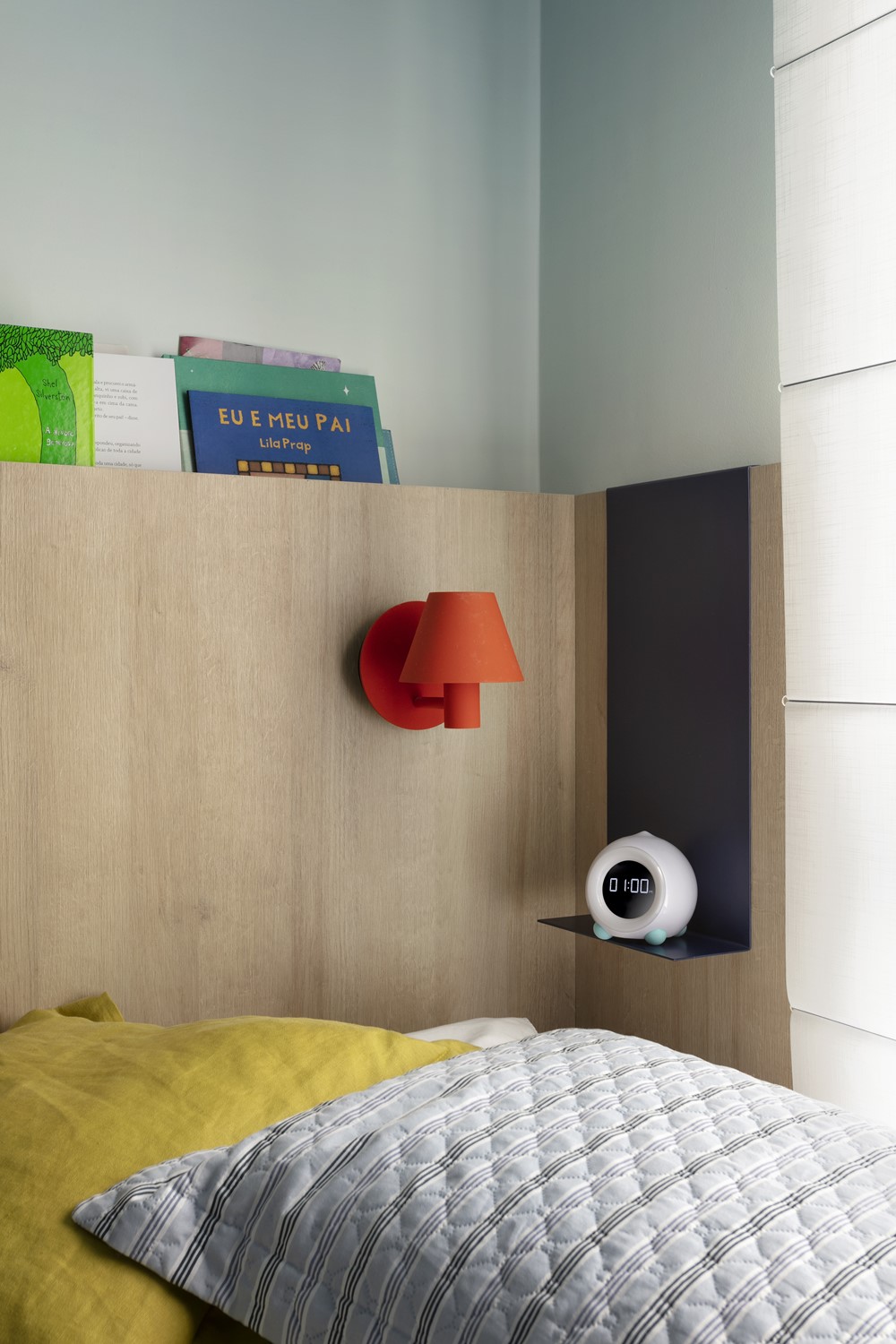 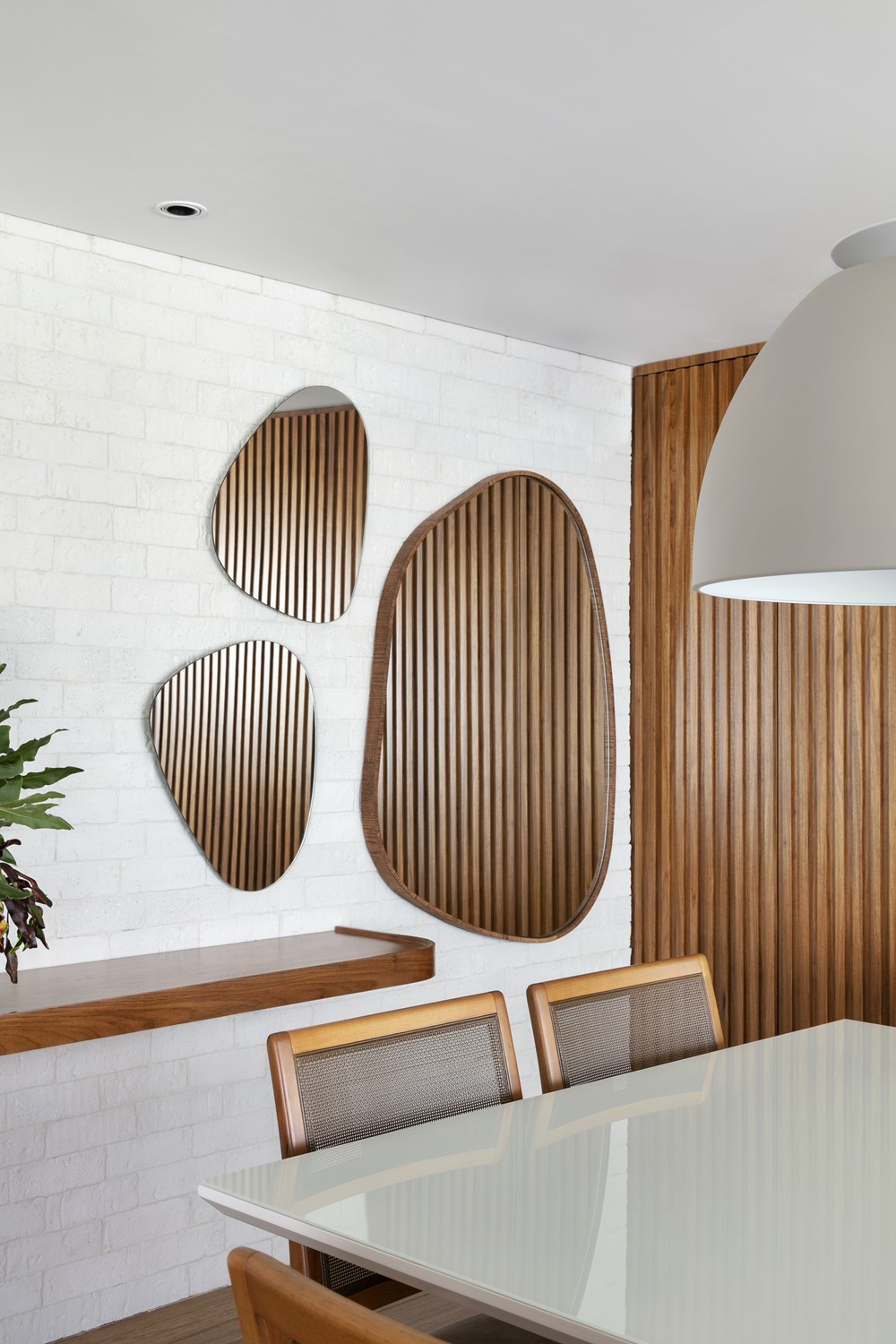 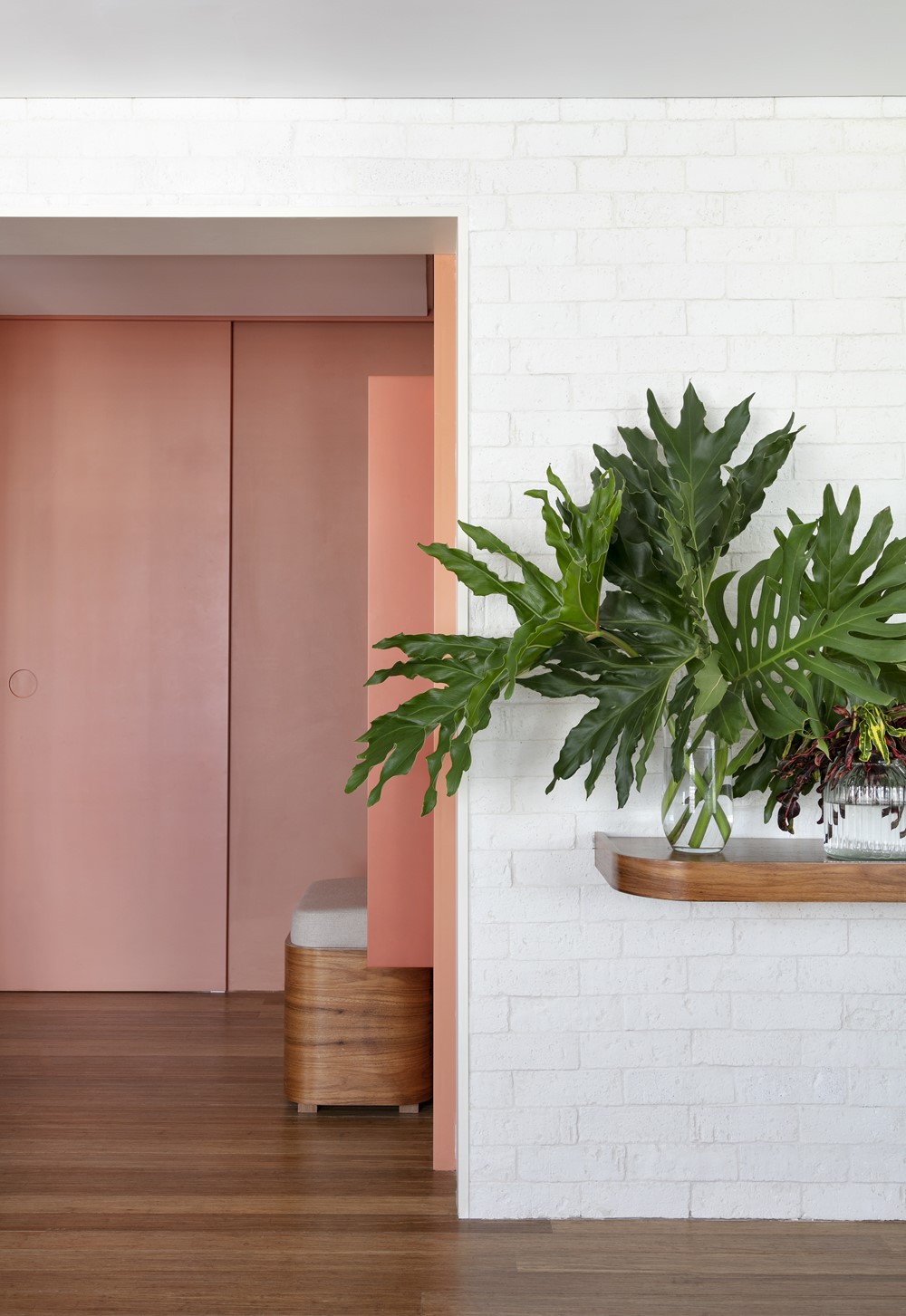 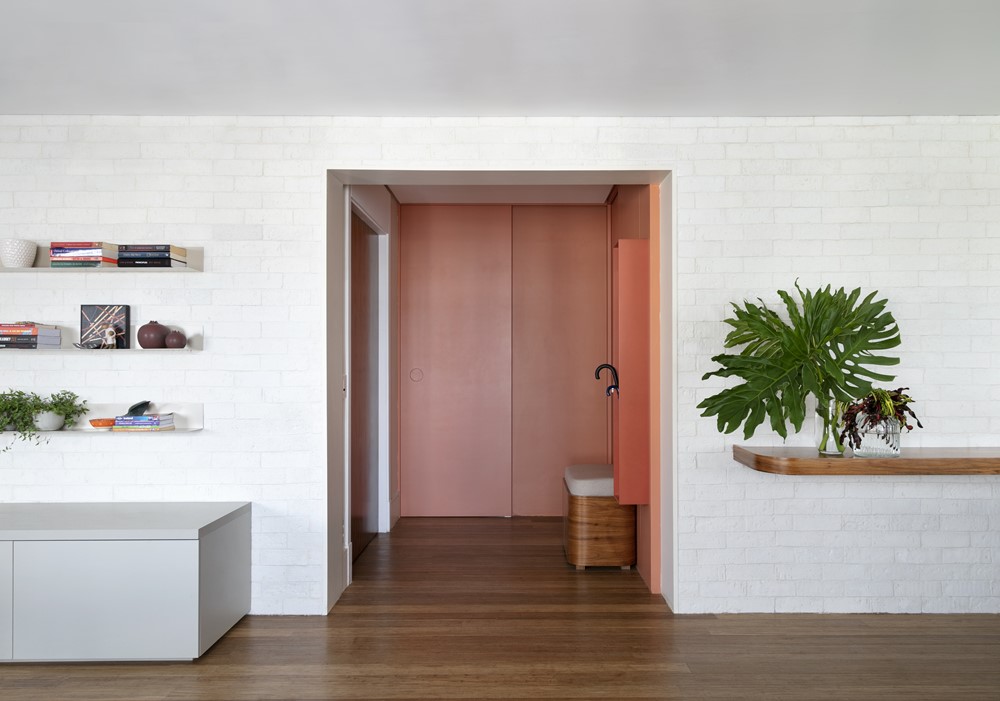 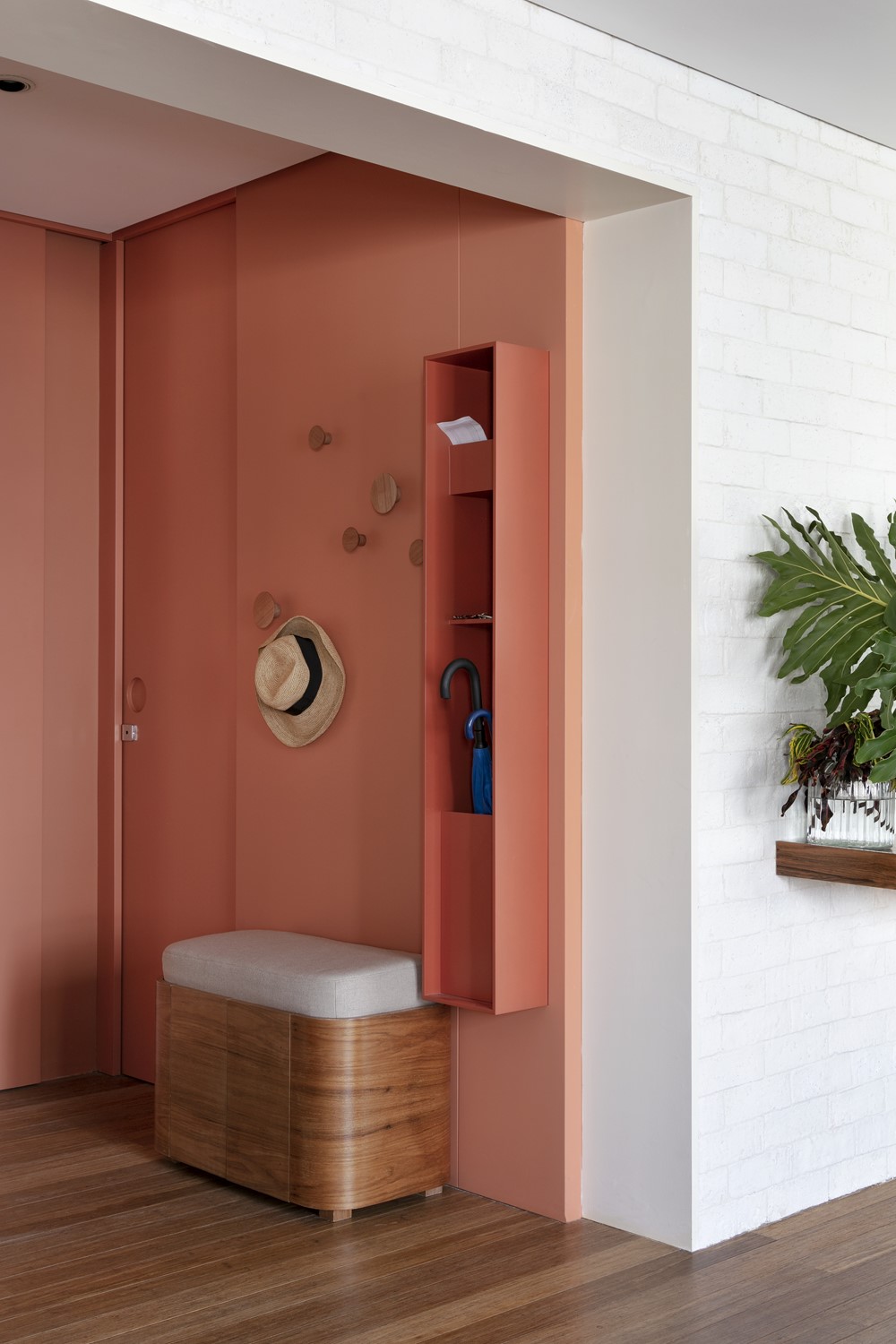 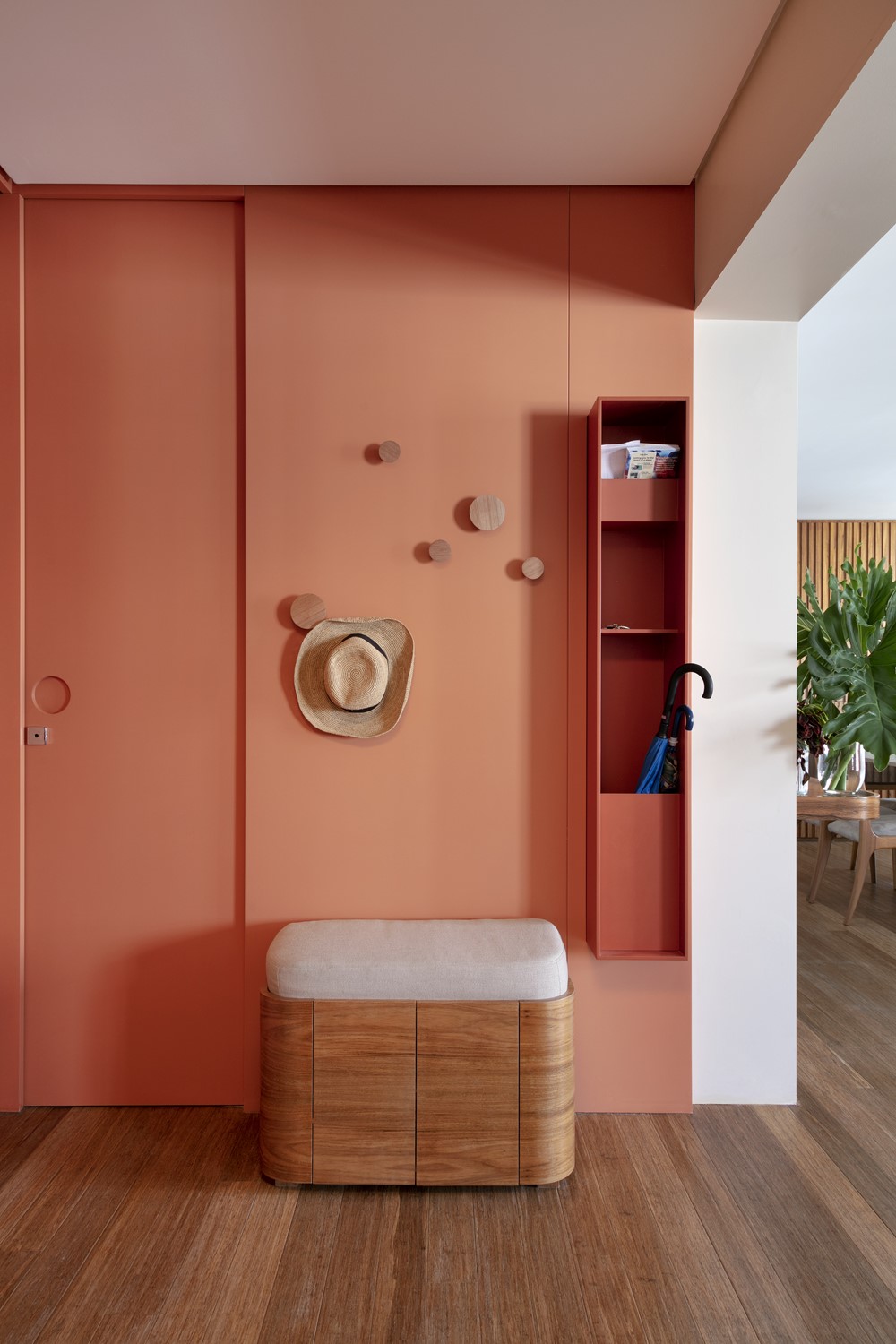 The opportunity arose to purchase a renovated and furnished apartment. Despite the use of almost everything from the private area, bathrooms and kitchen, the room had a layout that did not please the residents, nor did it like the style. It was much more classic and dark, with few free spaces.
The new proposal should be much lighter and stripped, so we used a white brick as a covering on the wall opposite the windows for maximum reflection of light. We use the same finish from the living room to the dining room looking to unify the environments. In the dining room, we designed a sideboard that resembles a “giant tray”, without support for maximum lightness.
The windows of the room were different because one of them was the window of a room that had already been opened to be integrated into the room – still by the former owners. This difference made us look for a solution to make the windows look the same. For this, we use a frame with blinds of the same size. The horizontal blinds were also a good solution for total light control, since the windows were on the wall opposite the TV.
In addition to bringing more texture to the environment, the slatted panel brought the back wall of the apartment closer, where the old barbecue was located and seemed quite isolated. We gave up the barbecue and gained a seating area and another table where the couple makes the quickest meals or for a wine, drinks, as it is next to the cellars and the counter that can function as a bar. In the dining room, the slatted panel still hides a direct passage to the kitchen.
The entrance hall already formed a small box right in the middle of the brick wall and asked for an “extra degree” of personality that was given by “color blocking” in an earthy orange. We hid the toilet door that faces the entrance door painting everything in the same color. We designed the bench to store shoes and the “things holder” especially for this project.
As for the furniture, we used the sofa in the TV room, table and chairs in the old apartment. The highlight is the beautiful Portuguese armchairs by Claudia Moreira Salles. Also, Ovo round table, Omar chairs by Rejane Carvalho Leite.