The Patio Townhouse designed by Dana Oberson Architects is a terraced house with front and rear façades, facing the historic Neve Tzedek’s quiet and narrow streets. The original two story house, built in the 1920 s, was declared a building for preservation in urban renewal and preservation plan of Tel Aviv. Photography by Amit Geron. 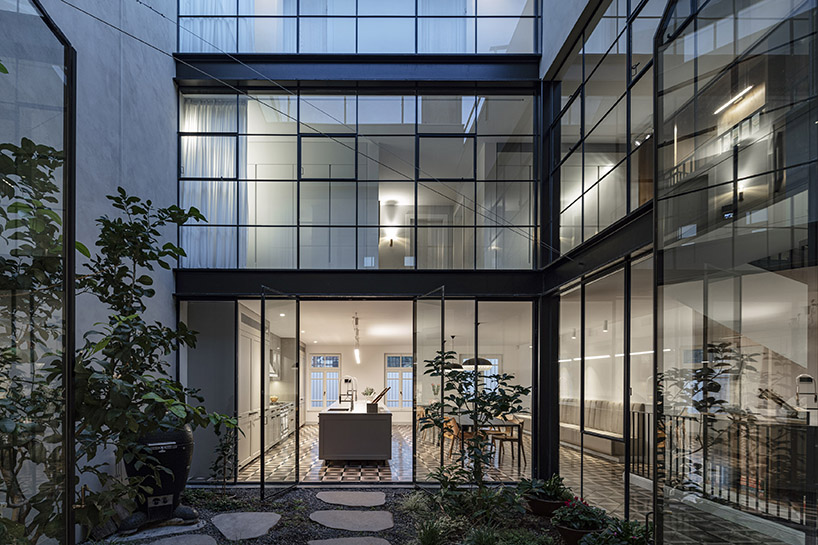 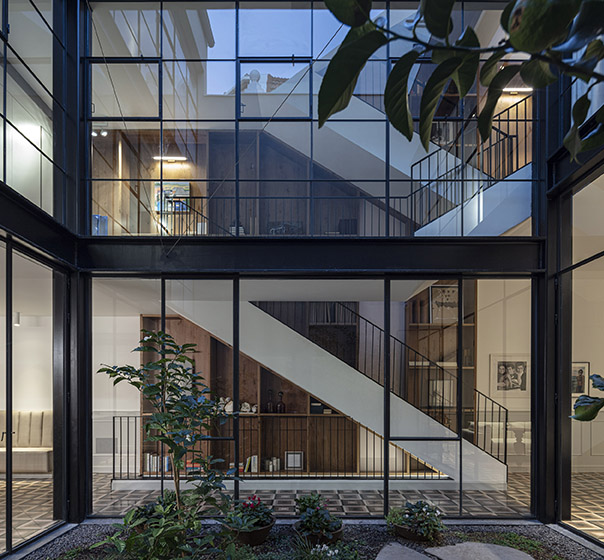 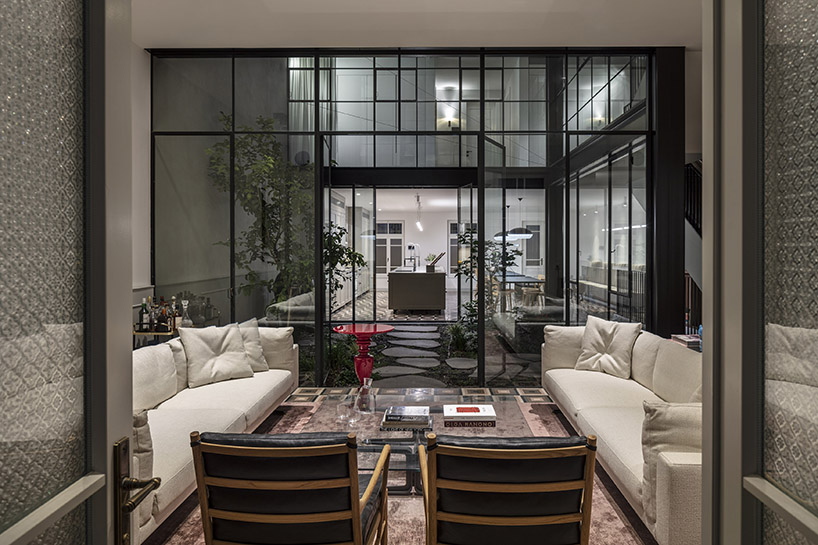 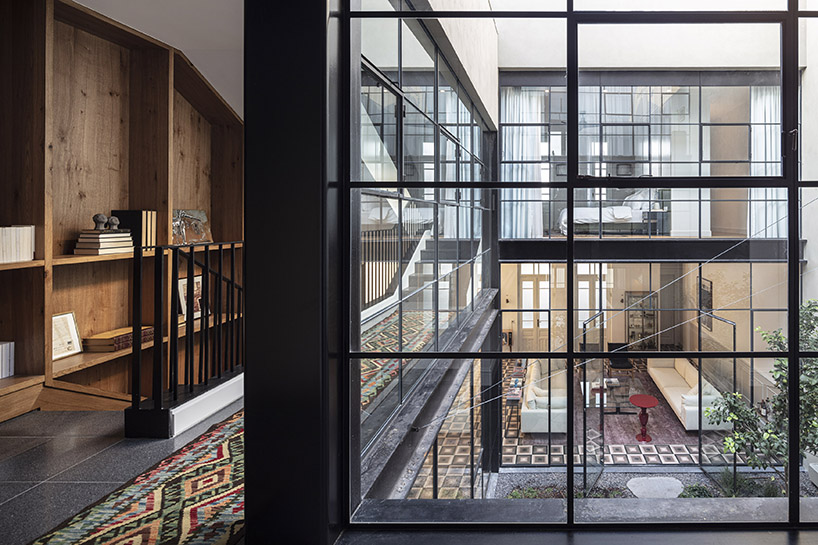 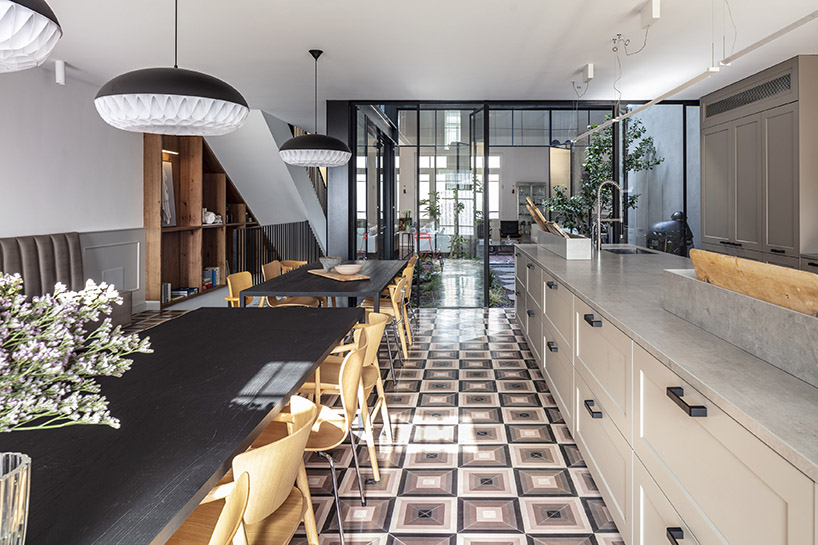 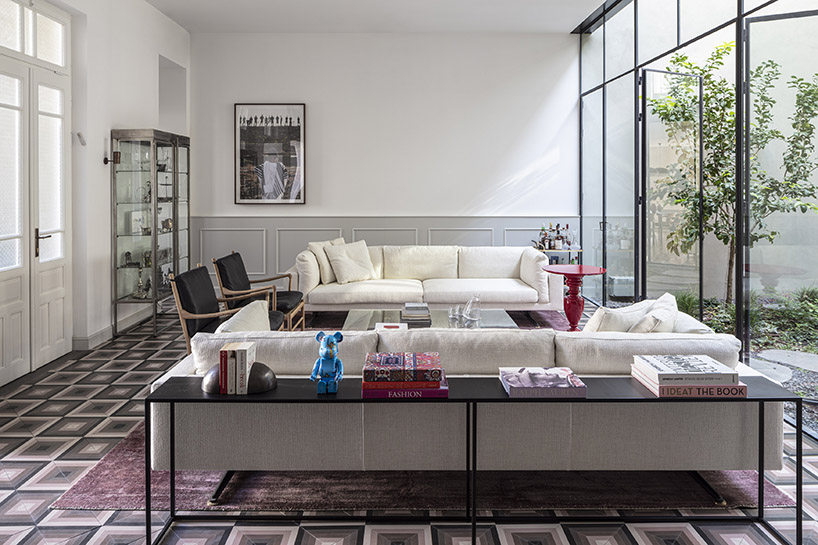 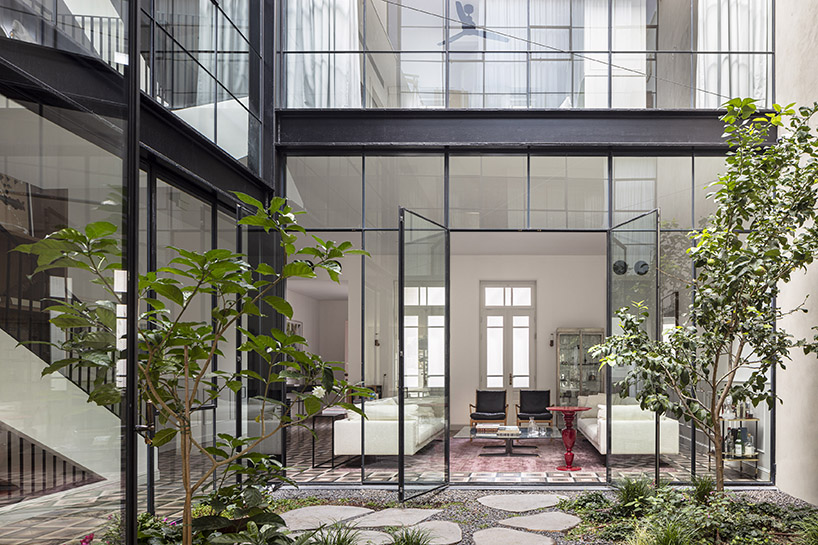 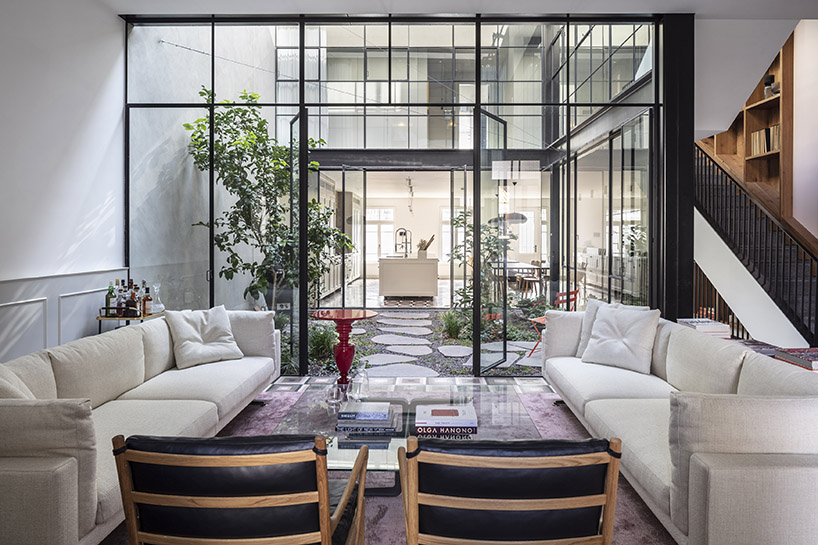 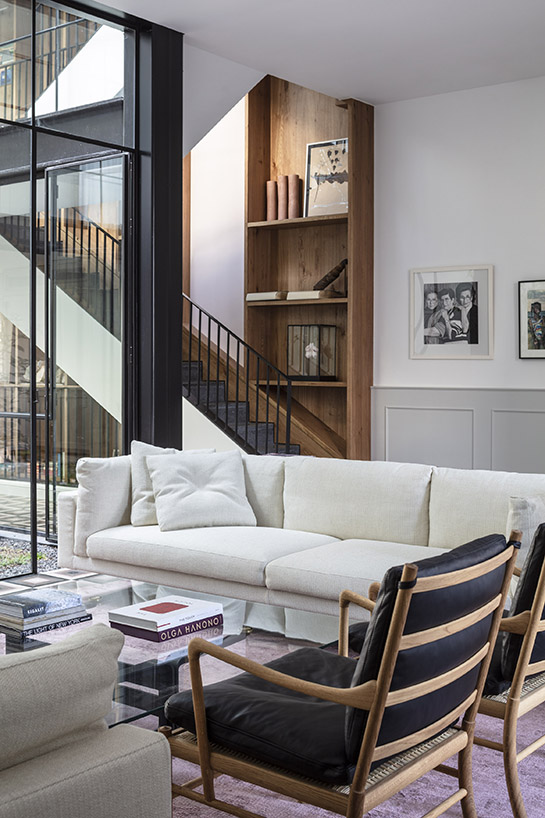 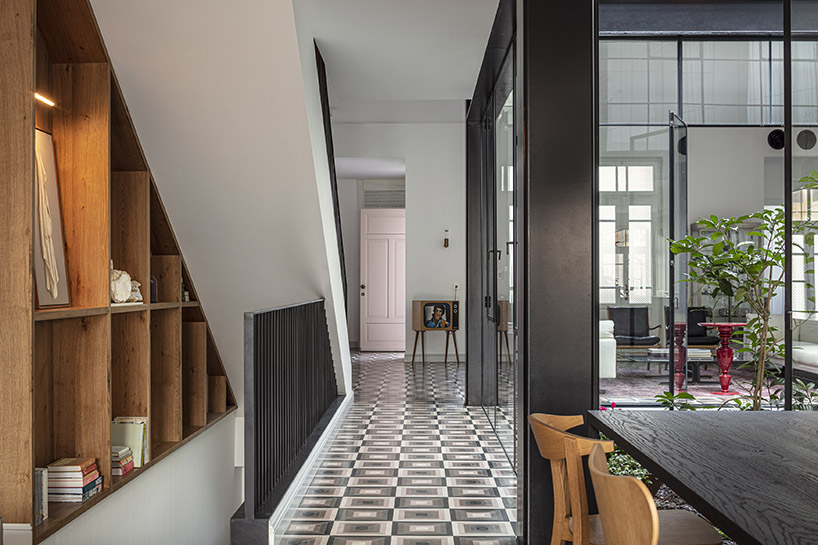 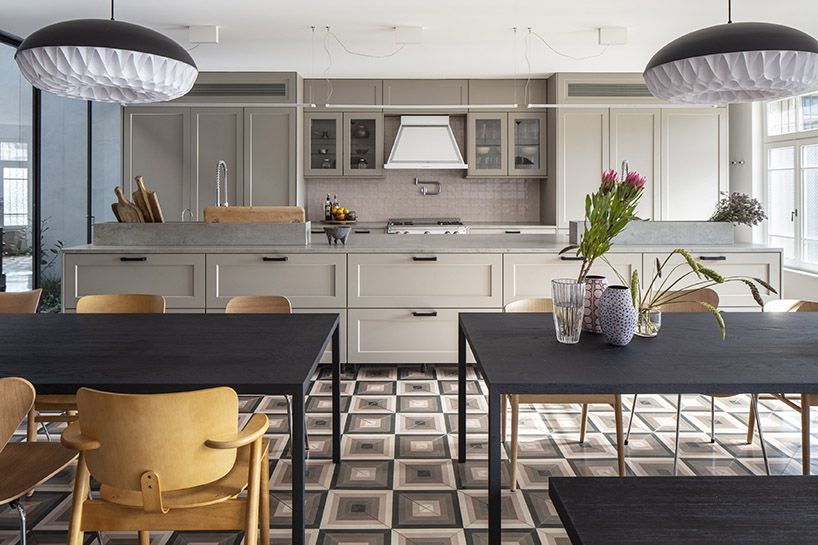 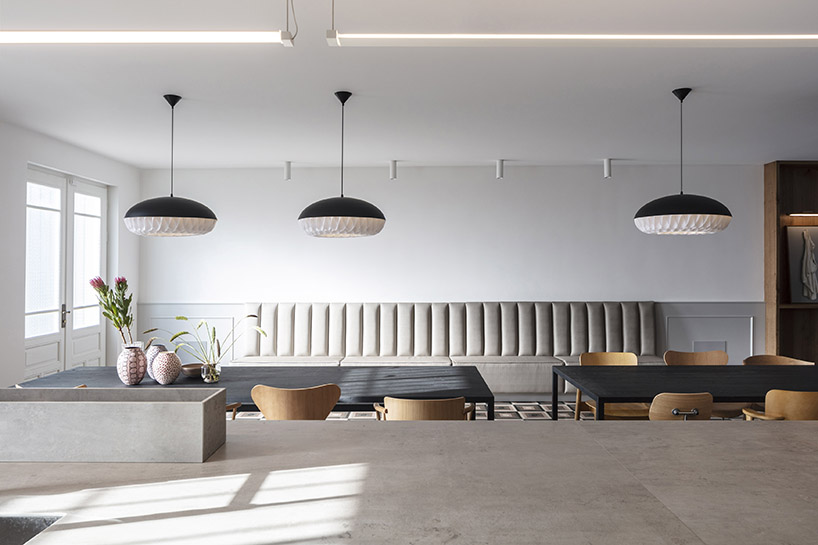 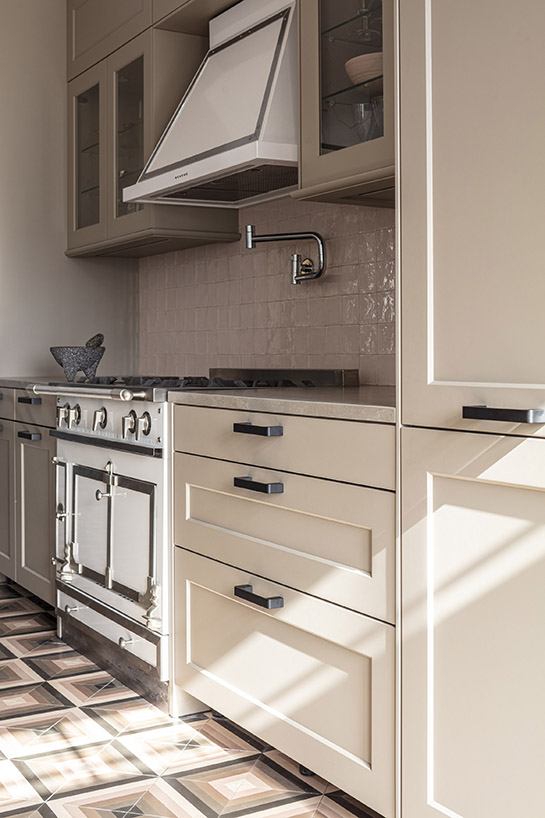 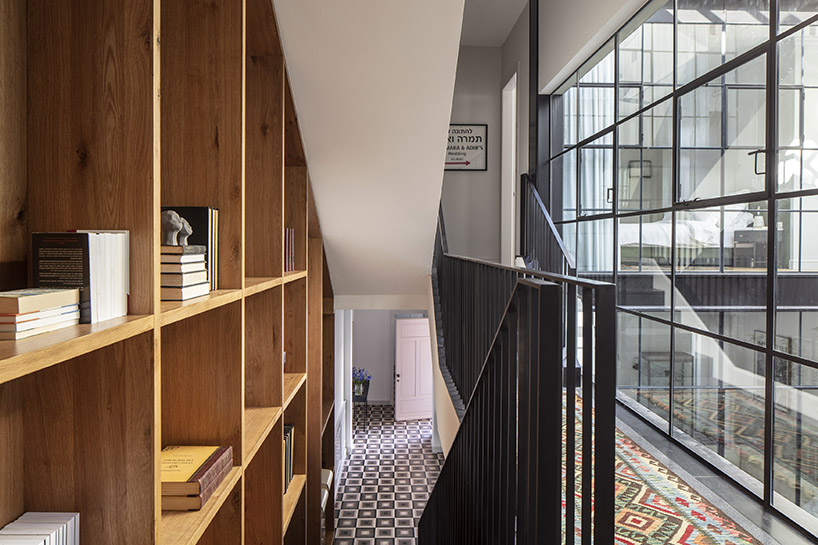 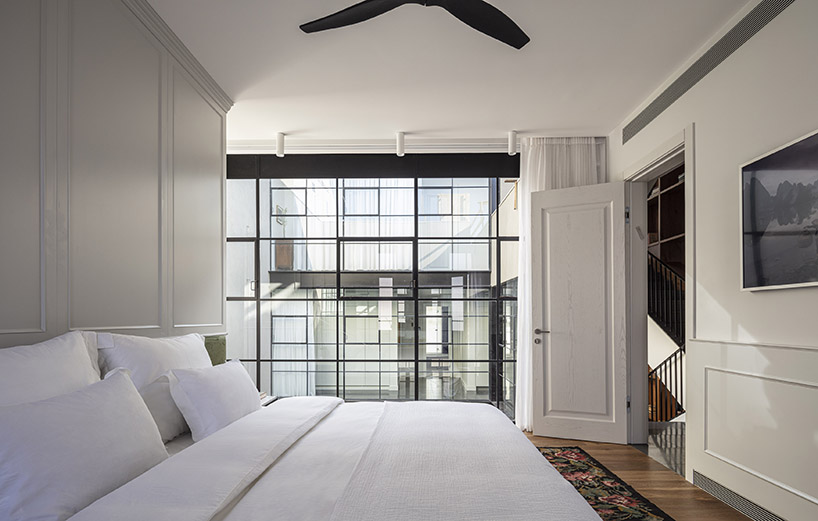 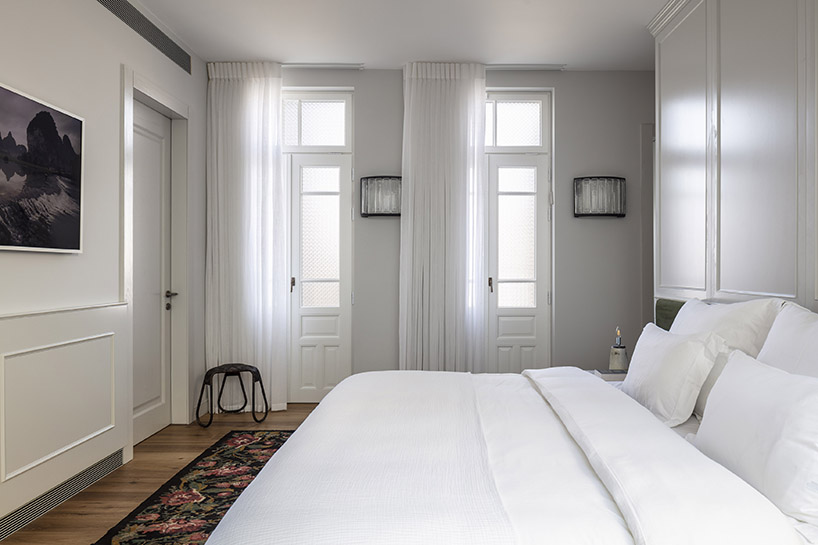 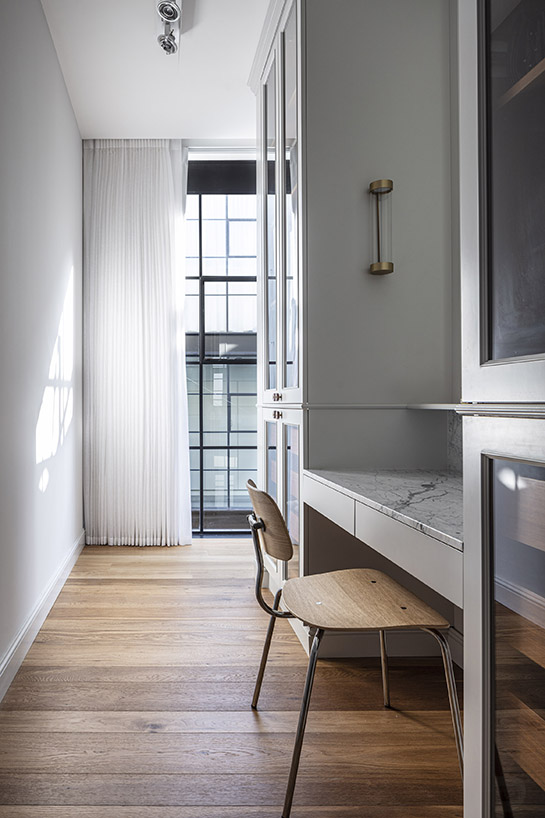 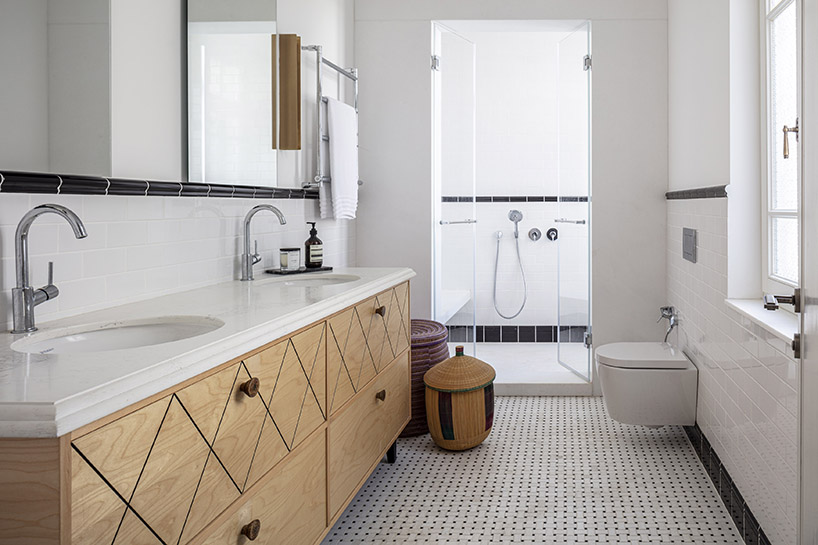 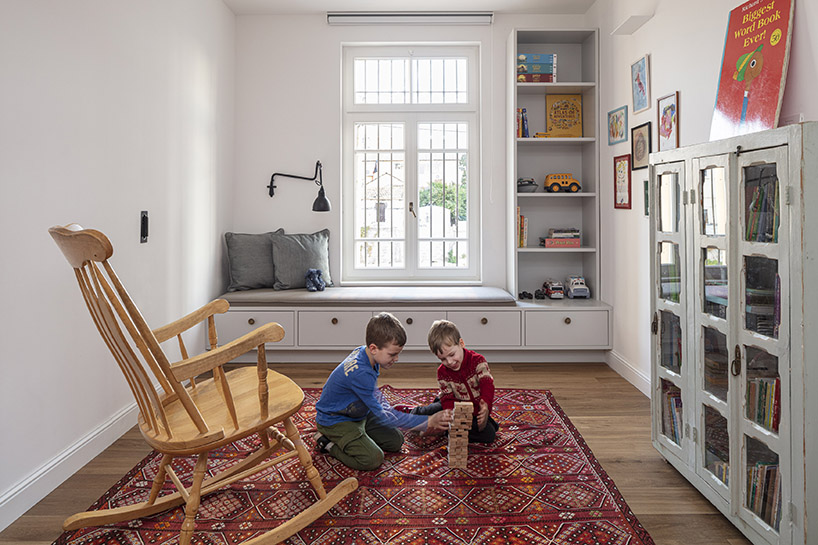 The Construction additions were designed in retreat from the front façade, extended at its rear to a zero lot line adjacent to the street. At the place of the connection between the old part and the new one, the open air patio was designed. “The house with its serial structure has two façades, each of which faces the street. The front façade,including its openings, has been preserved, as has the balcony surrounding the master bedroom.

“The rear façade is in the spirit sof international style façades to which the original house belonged, maintaining symmetry and a repetitive rhythm,” says Architect Dana Oberson , owner and Chief architect at Dana Oberson Architects who designed the historic home, “The original house was abandoned for many years in a state of neglect, yet it was not difficult to identify the uniqueness of the details of the architecture that managed to be preserved, in the doors and windows frames and the various floorings,” says Oberson.