The resident of this apartment designed by Agelina Bunselmeyer is around 30 years old, single and was leaving his parents’ house for the first time. Photography by Luiz Franco. 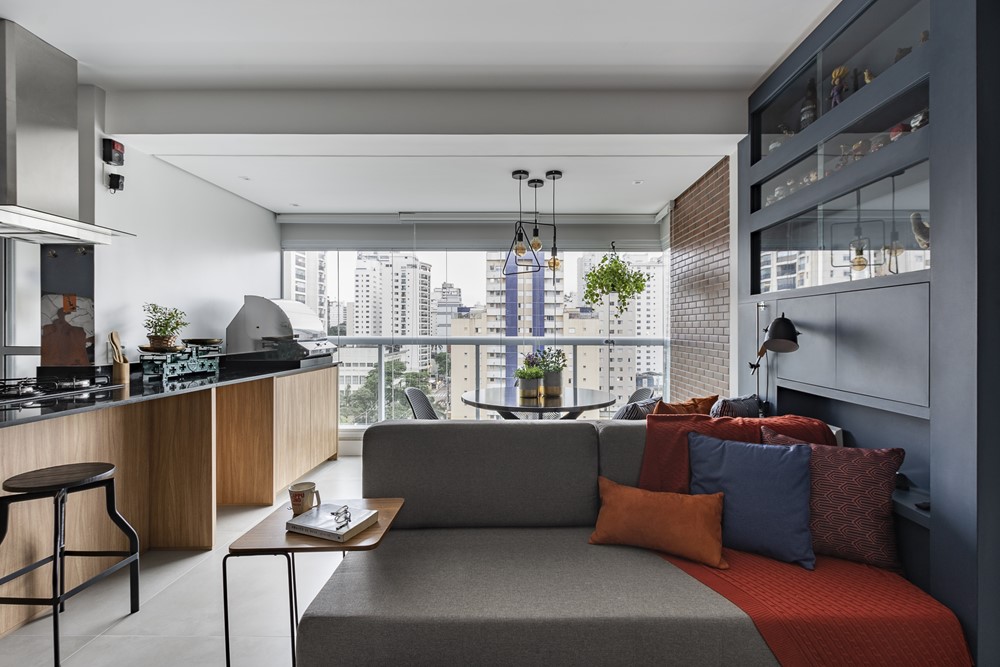 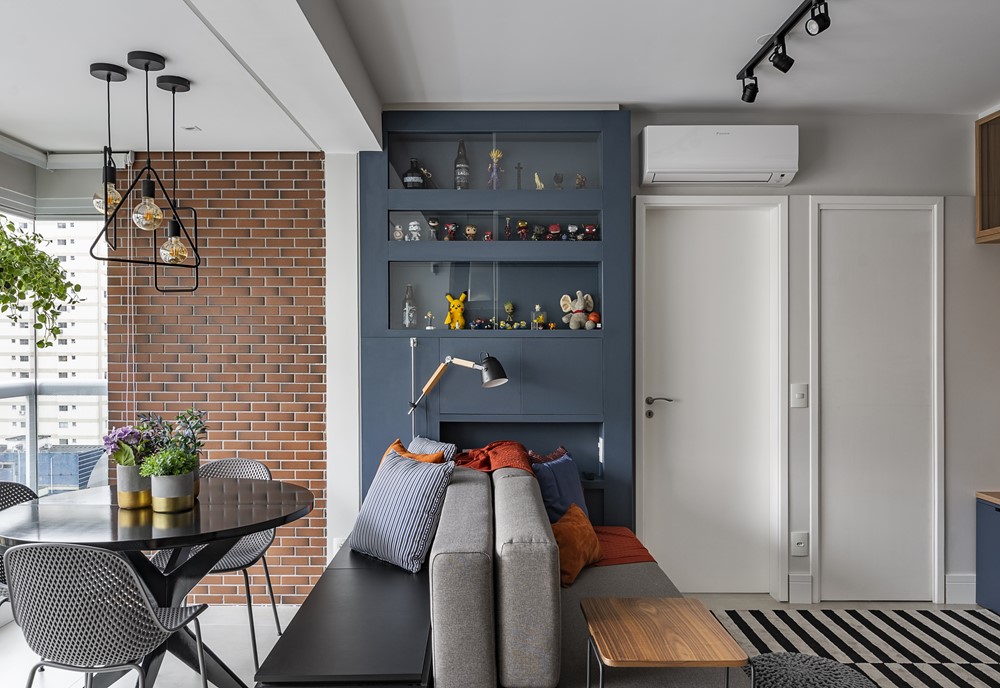 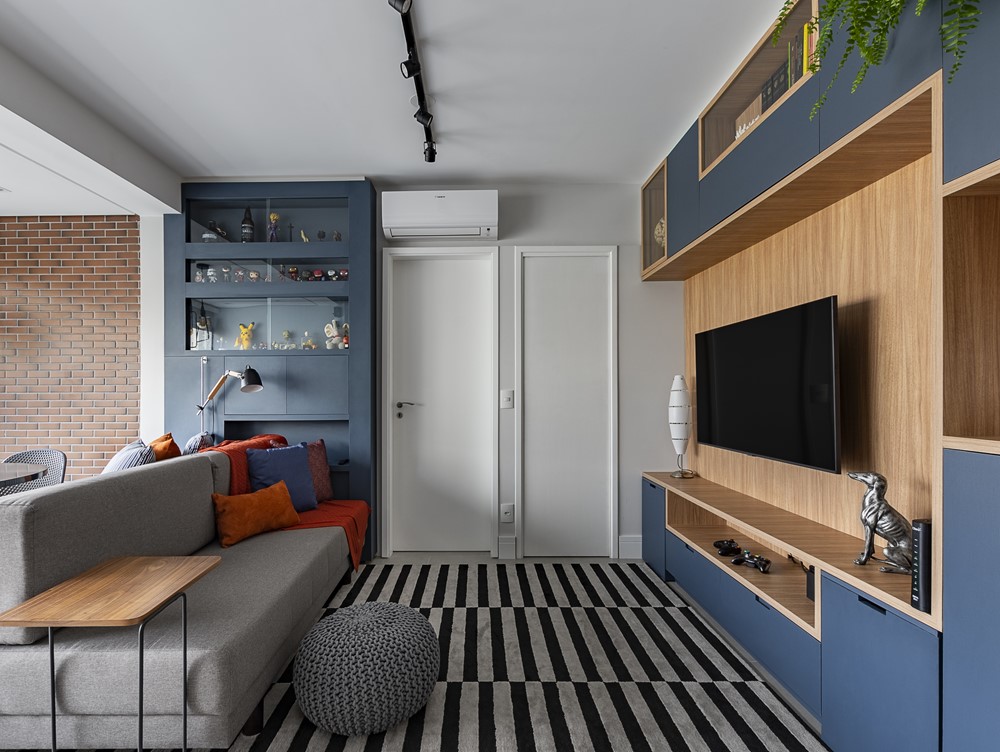 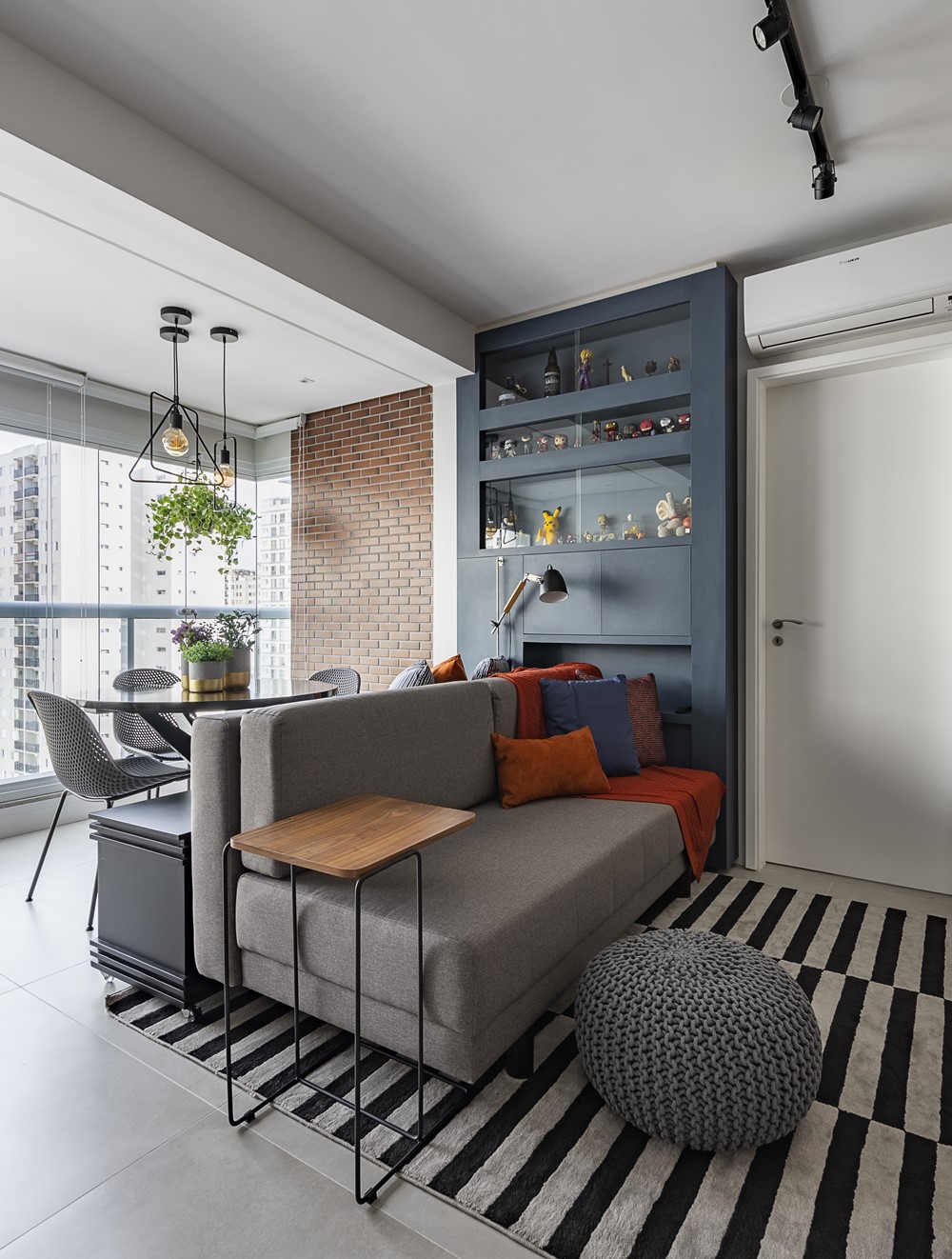 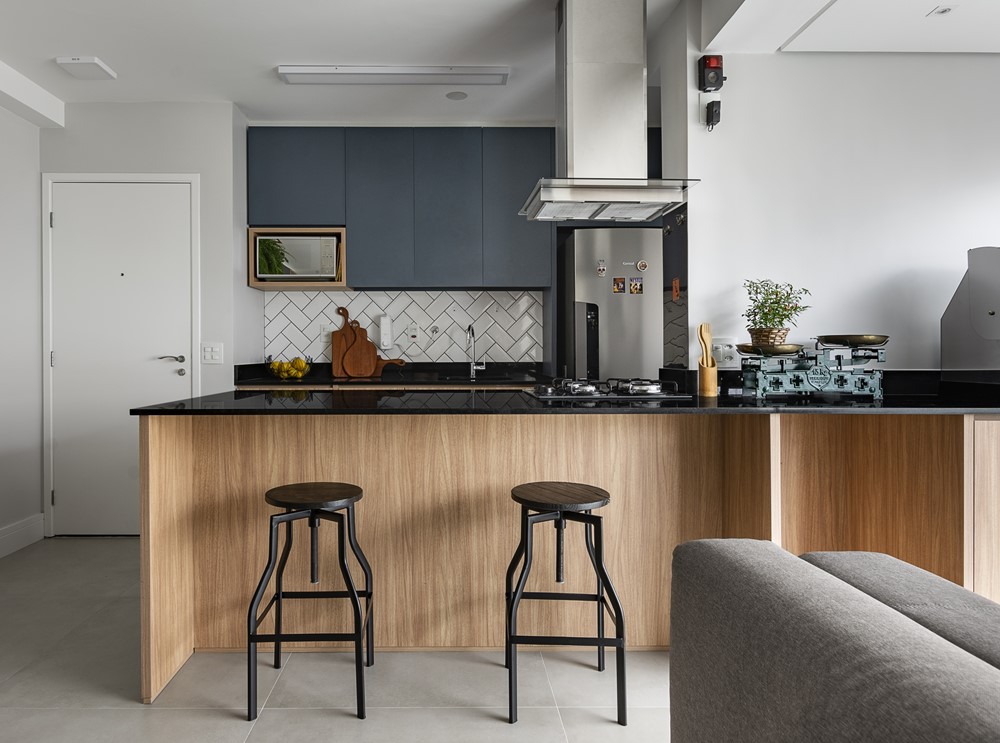 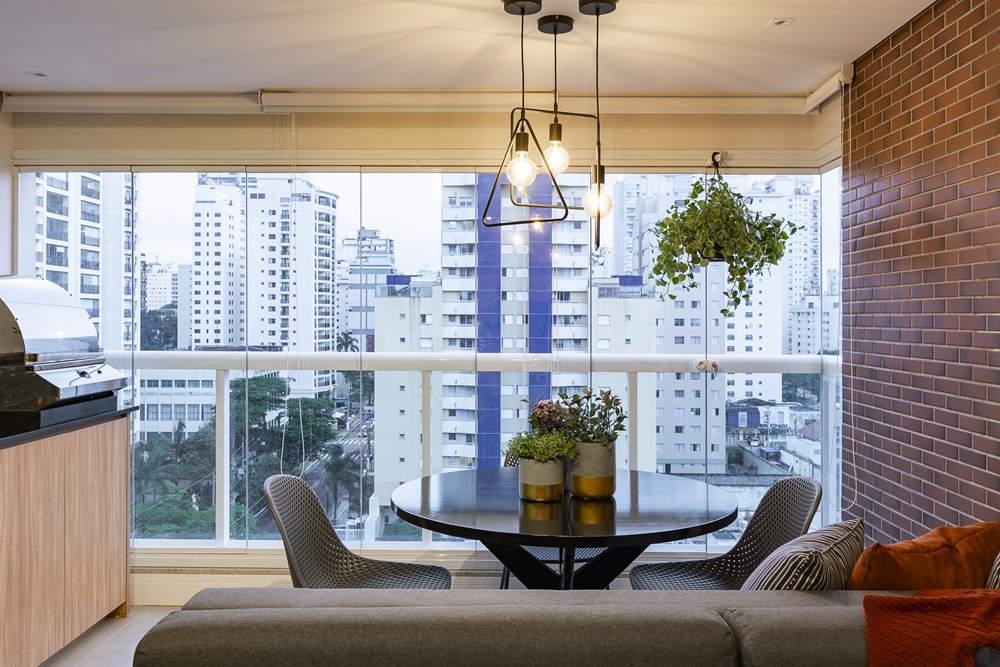 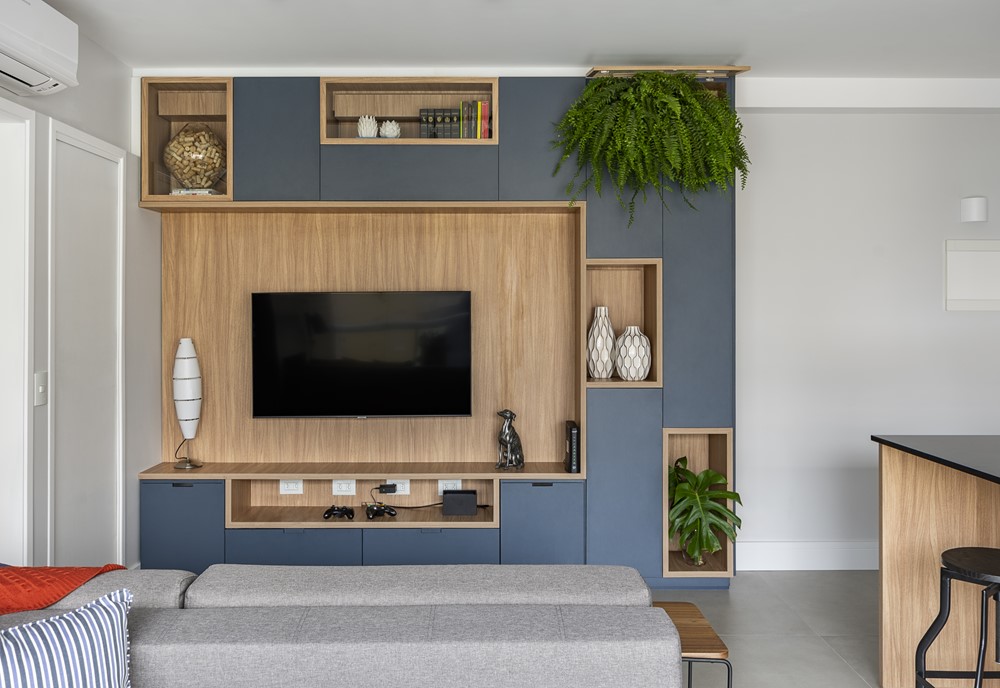 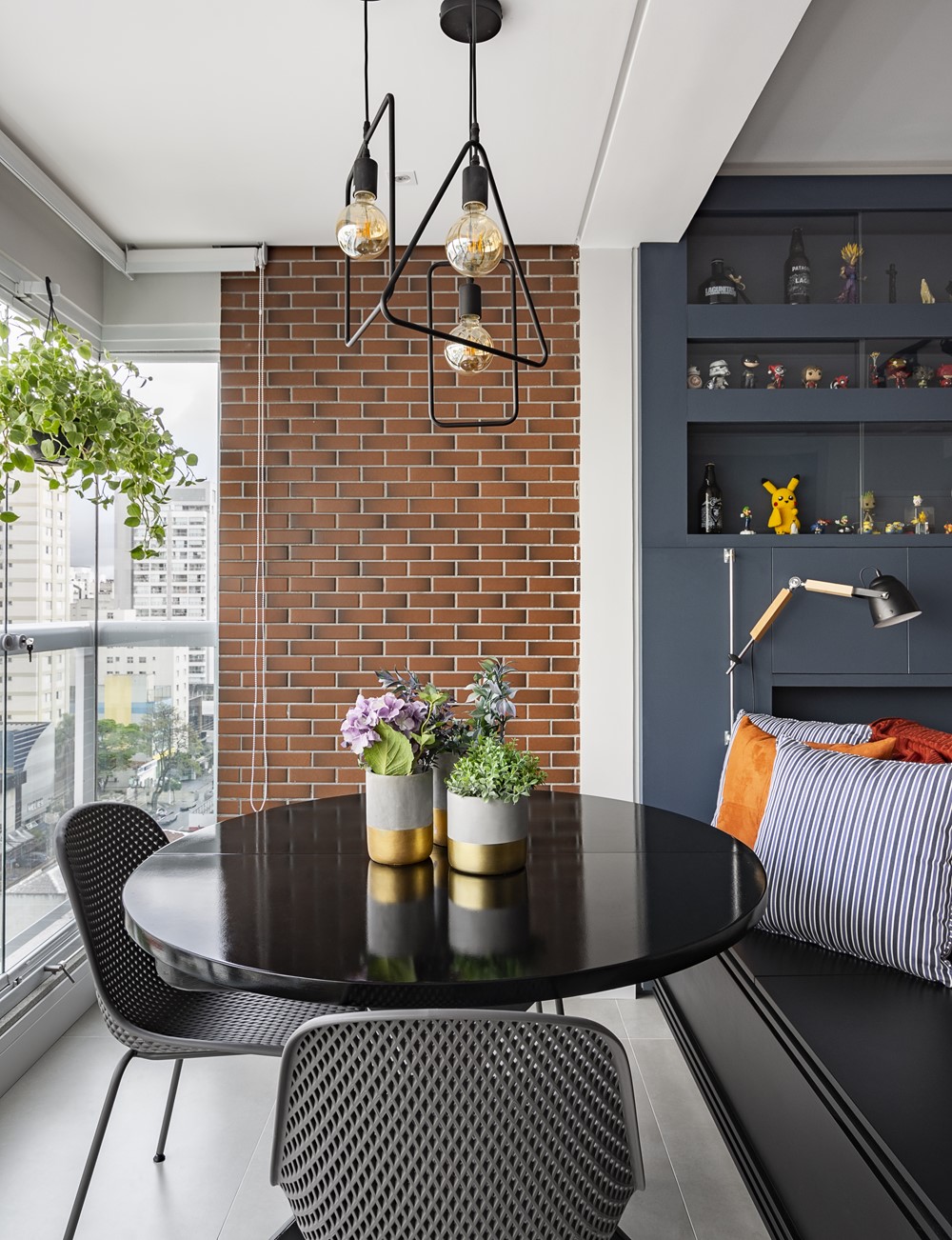 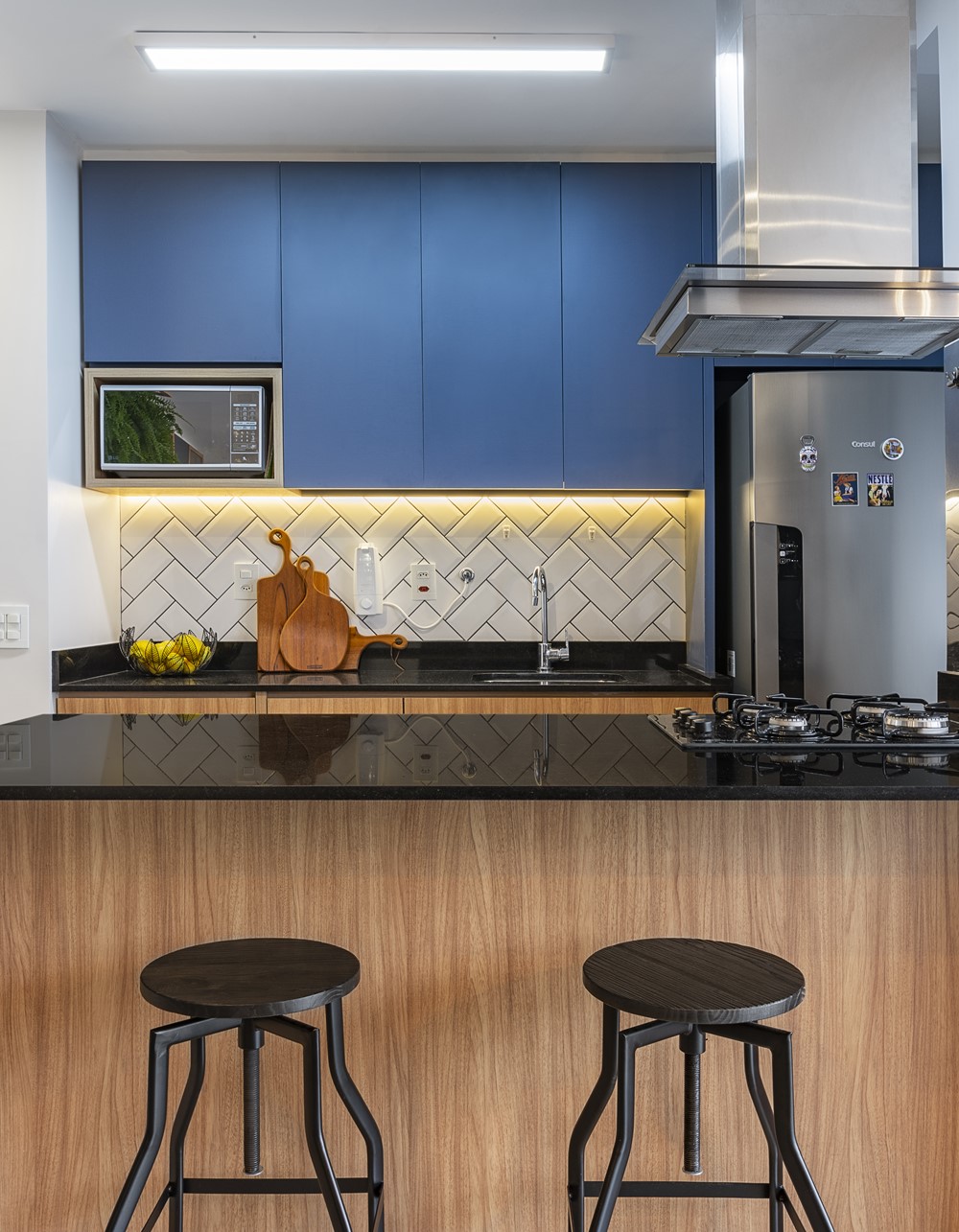 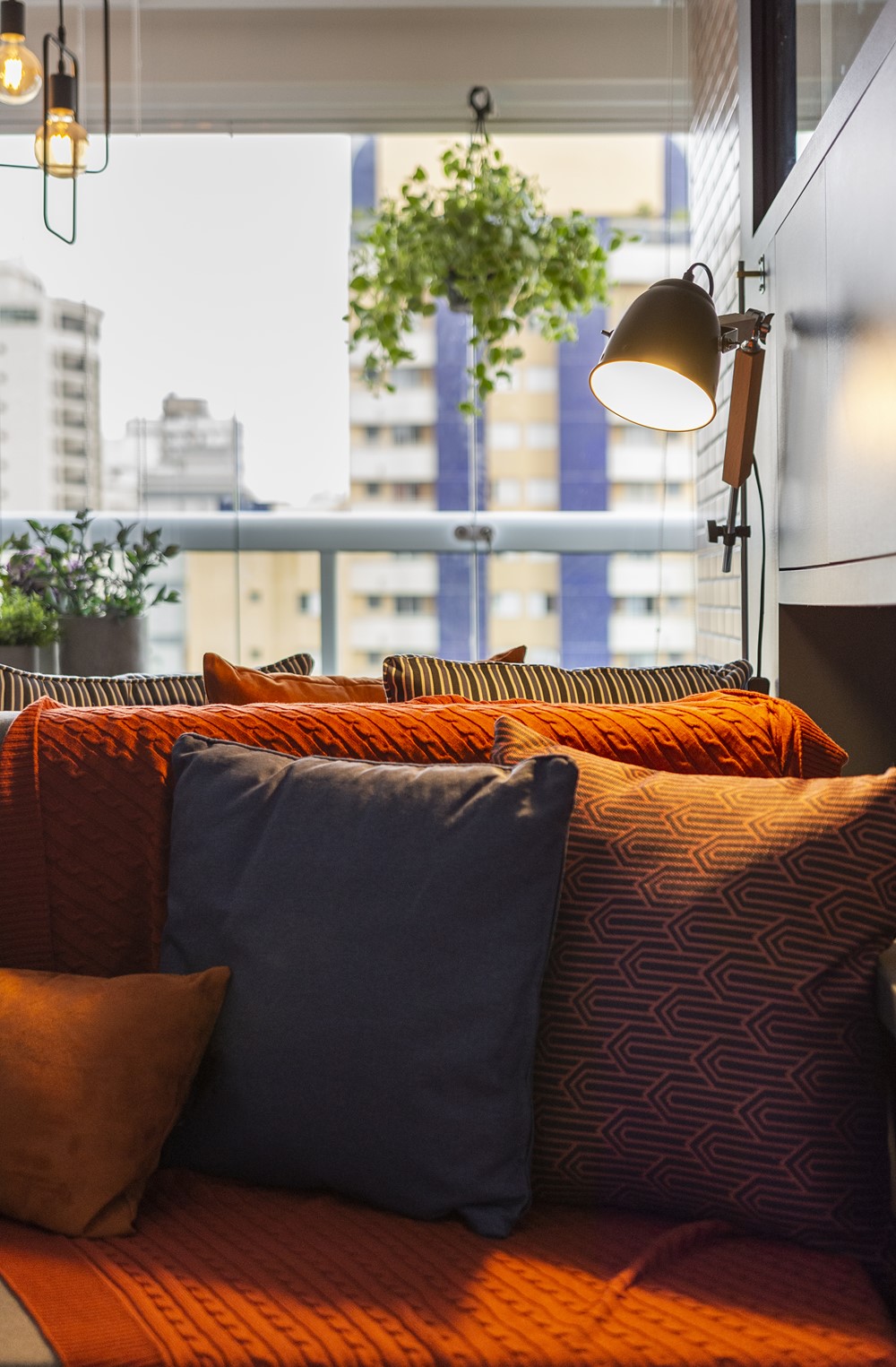 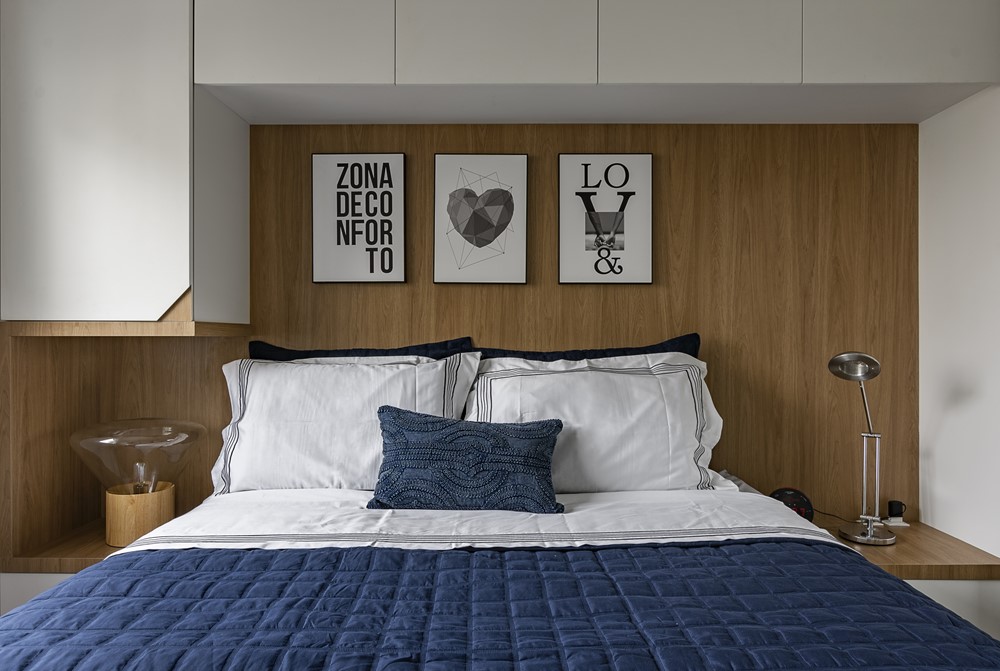 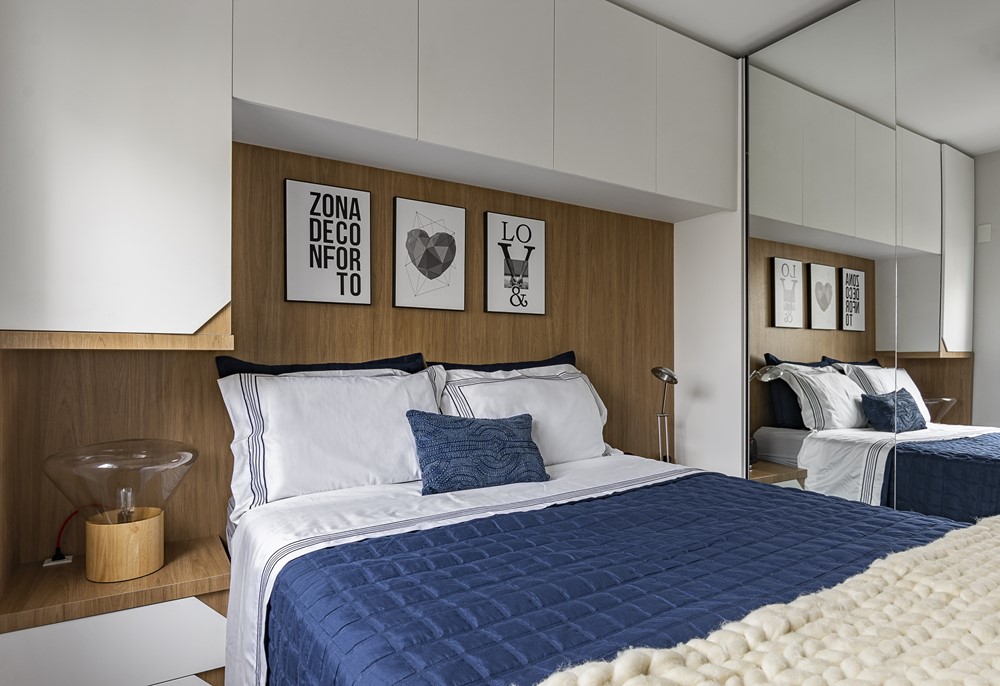 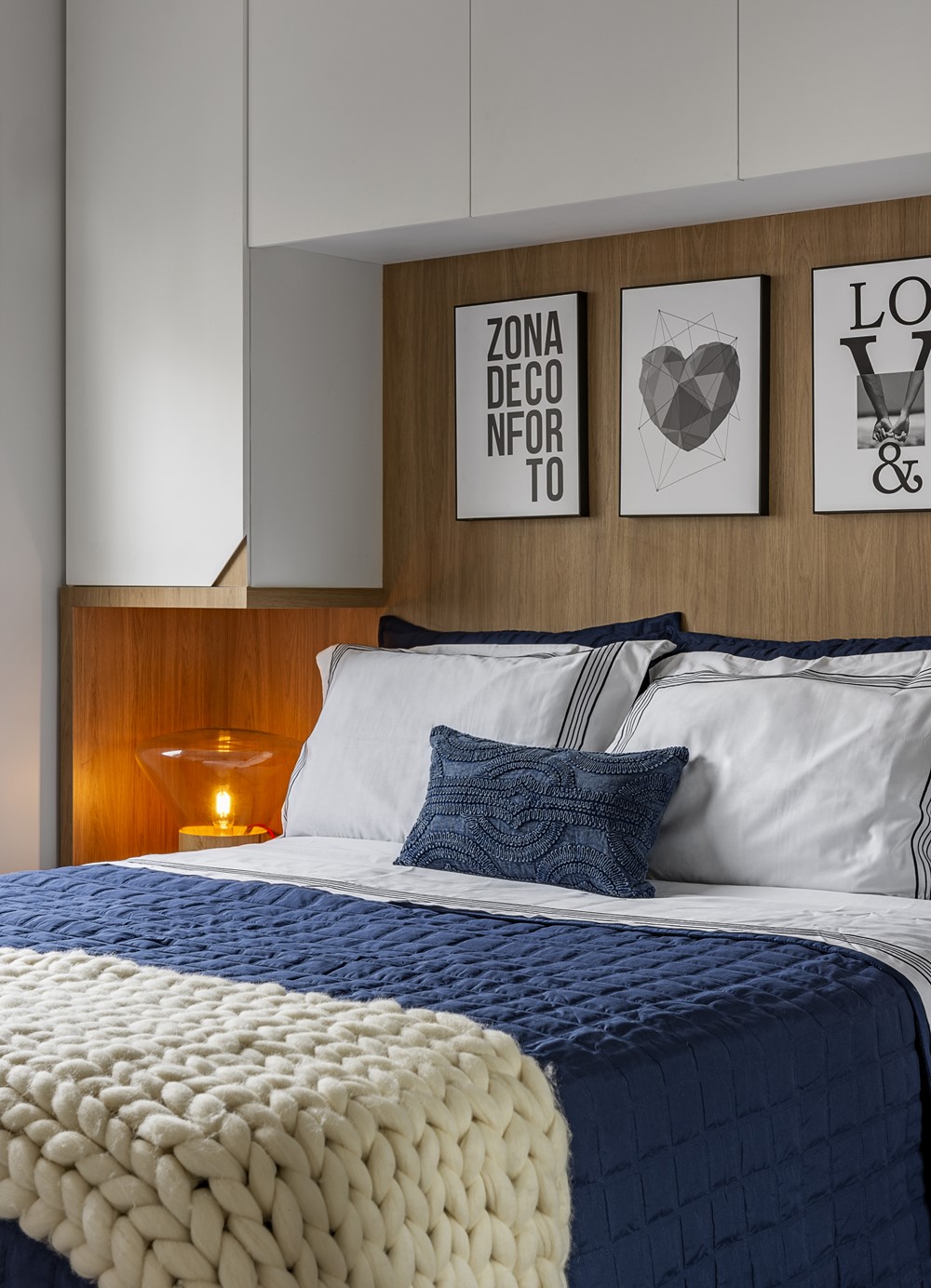 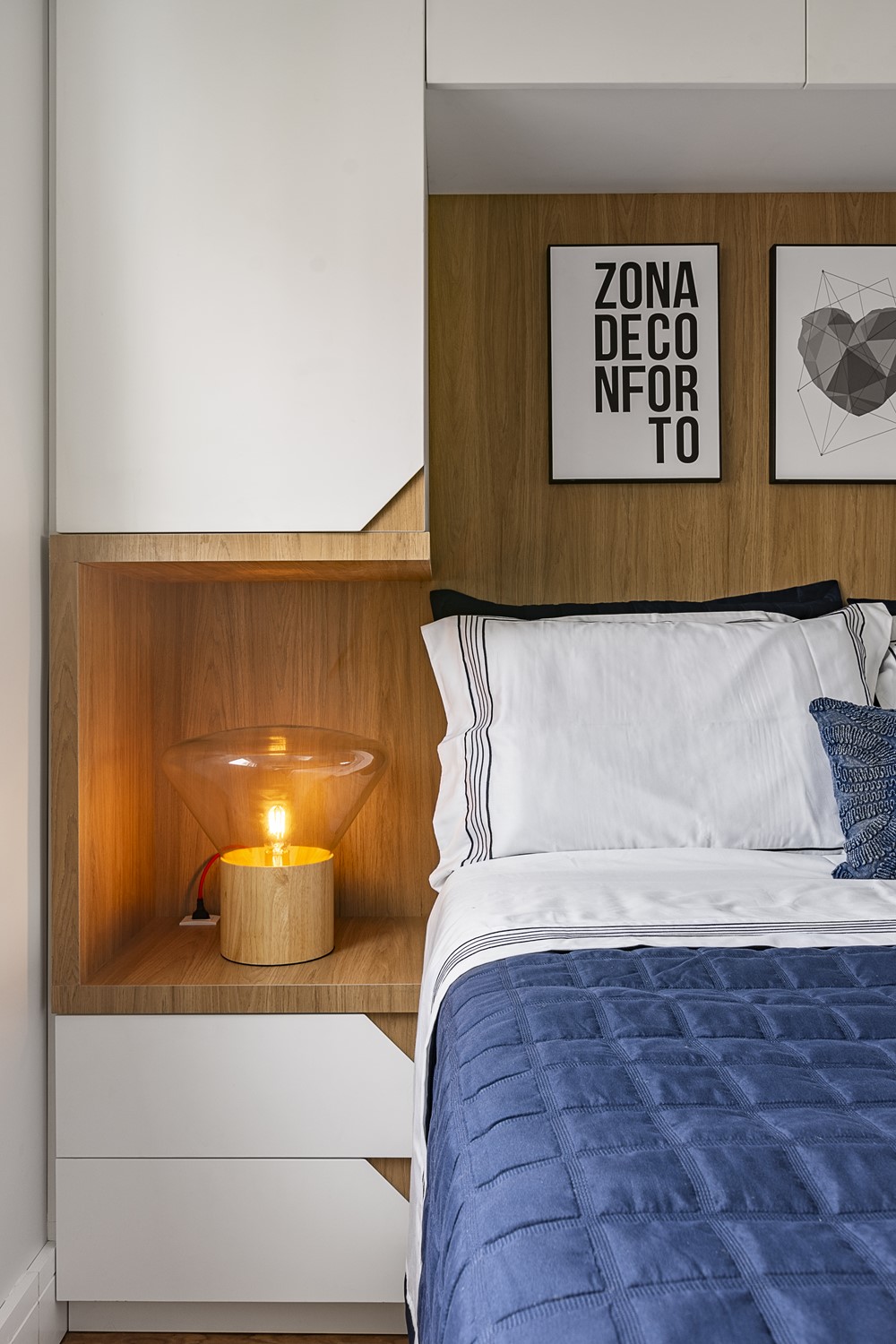 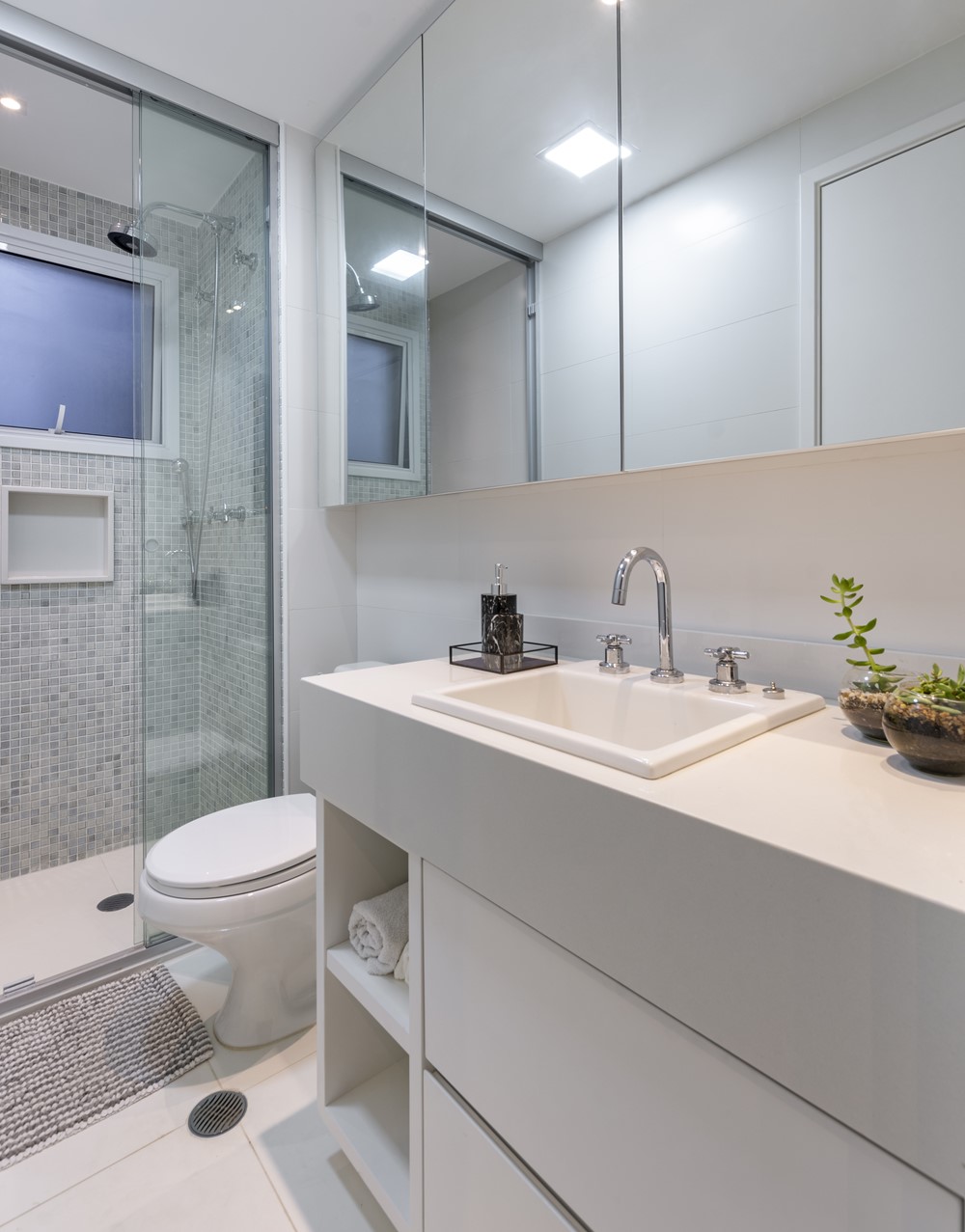 But he also has a hearing impairment, had surgery and placed implants. And because of that, he was insecure about living alone: ​​“The main challenge was to provide customer safety. Fear of fire, assault and greater contact with the concierge was what worried him, ”explains architect Angelina Bunselmeyer, who signs the project. Simple solutions solved the requests: a sconce connected to the doorbell of the house lights up when a neighbor knocks; another light turns on if the intercom intercom. In case of an emergency at night, a vibrator at the head of the bed warns the resident. In the decoration, blue, black and wood are the predominant elements. In the kitchen, the stone counter was thinking to make gourmet chocolates, one of the client’s hobbies – the furniture needed a wider width for opening and cooling the candy, so on the extension of that same counter a gas barbecue was installed. A lot of space was planned to receive friends, with several ottomans, benches, chairs and sofa.