In the Russian Capital of Moscow, this contemporary home, set among the pine woods on an island in the Moskva River, introduces a revolutionary outward-looking approach to the city’s architectural tradition. Designed by SAOTA, a South African architecture studio known for advancing the possibilities of 20th-century modernism, this home represents the tradition of the terrace, with its emphasis on an outdoor orientation, but in a context and climatic condition vastly different from the origin of the type. Photography by Sergey Ananiev. 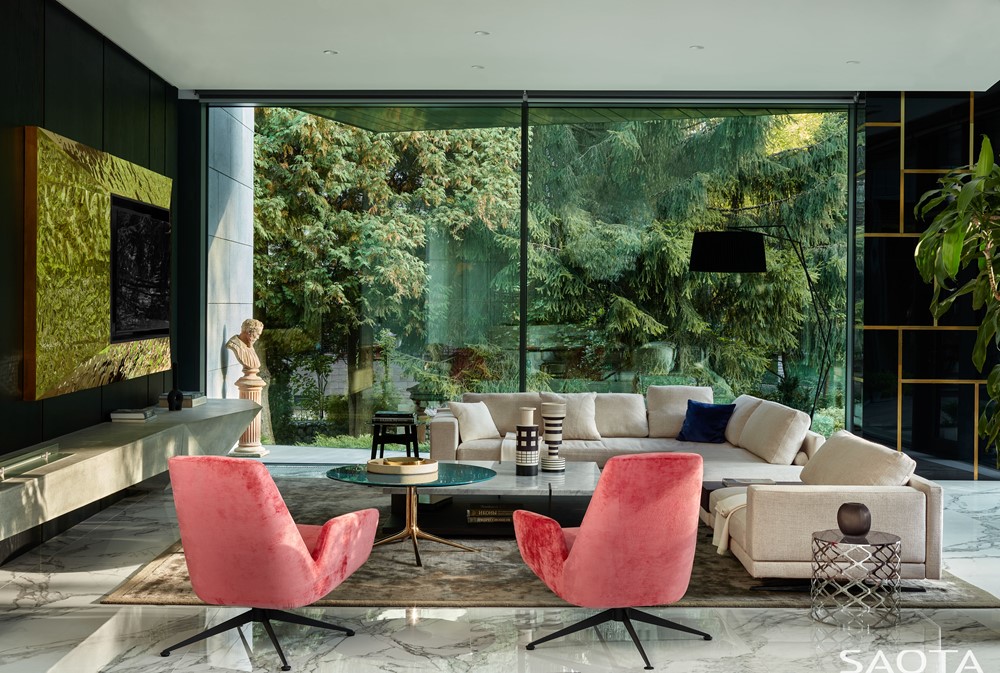 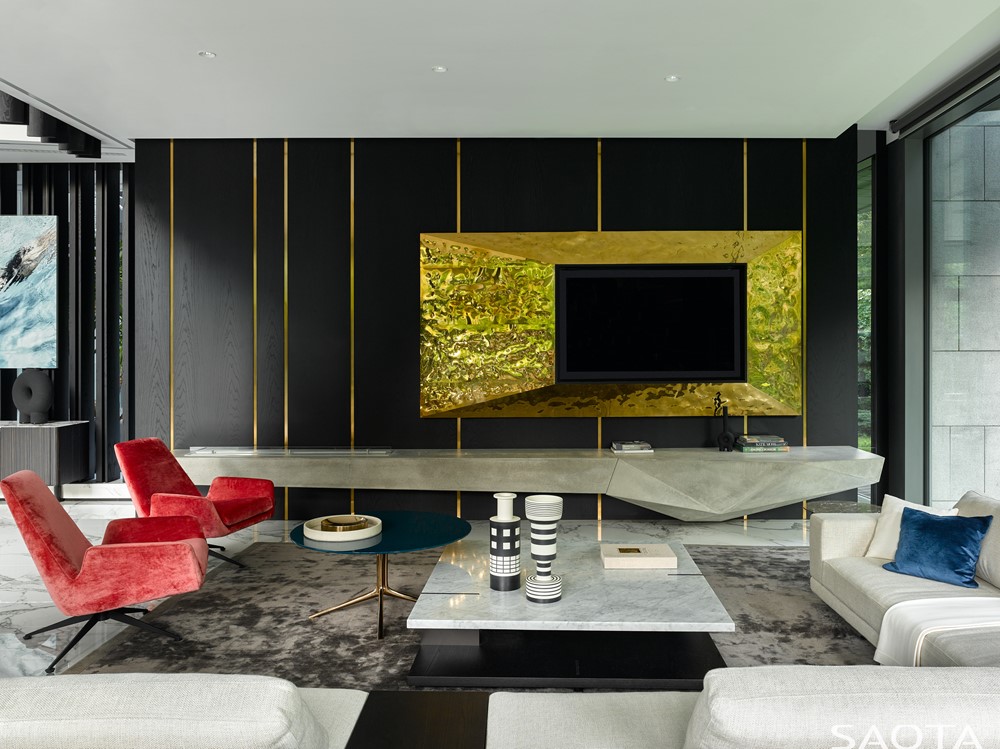 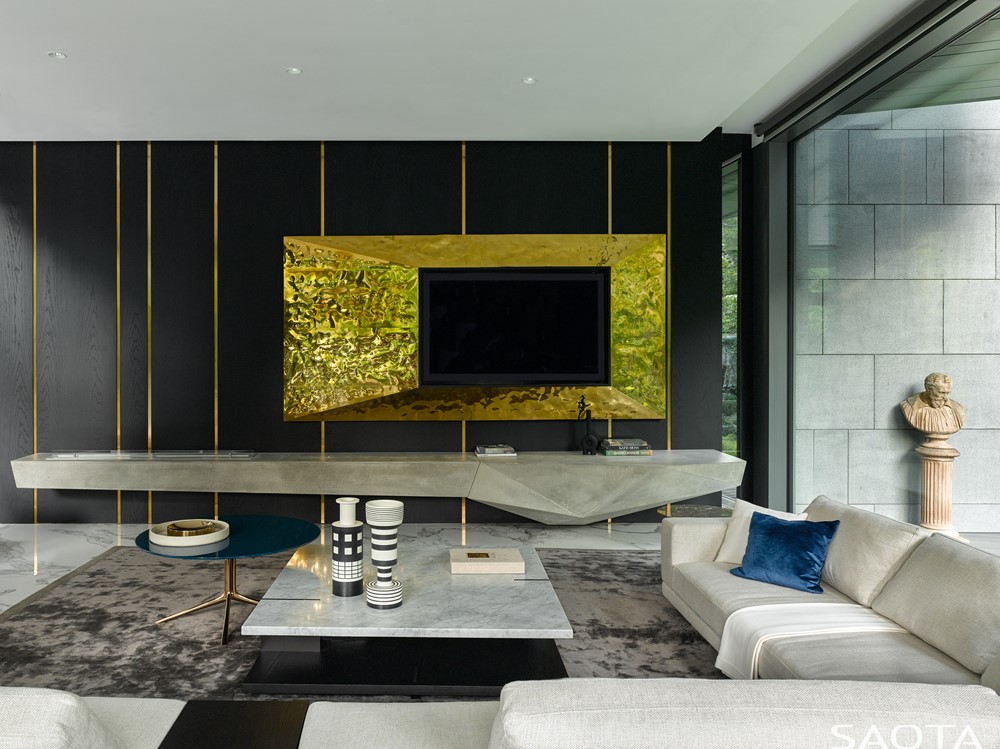 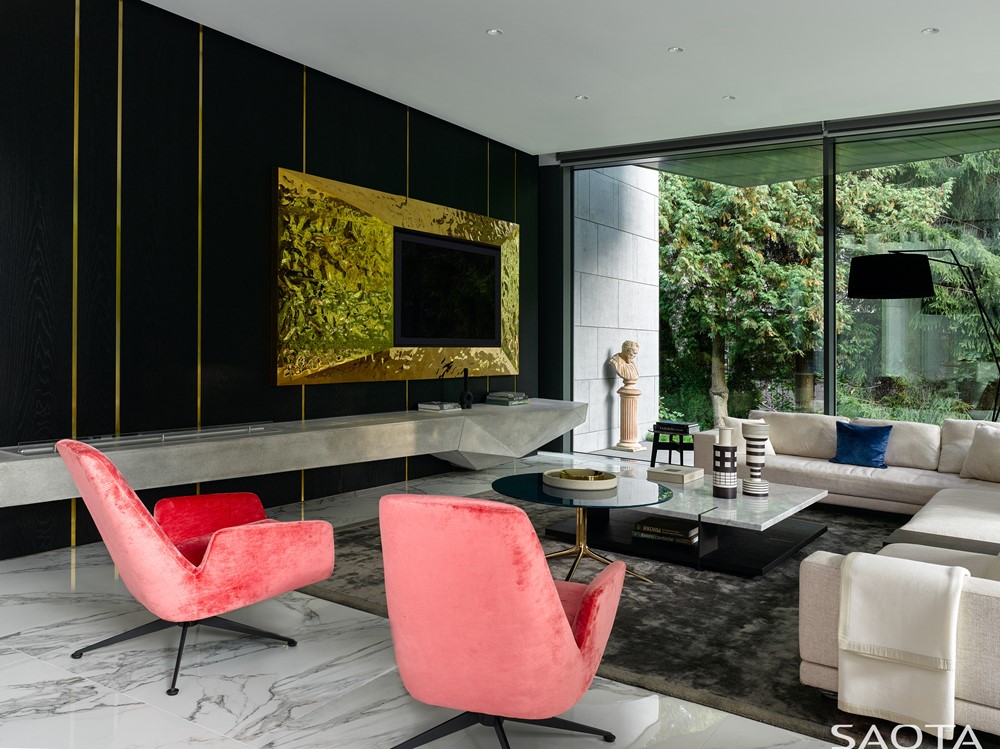 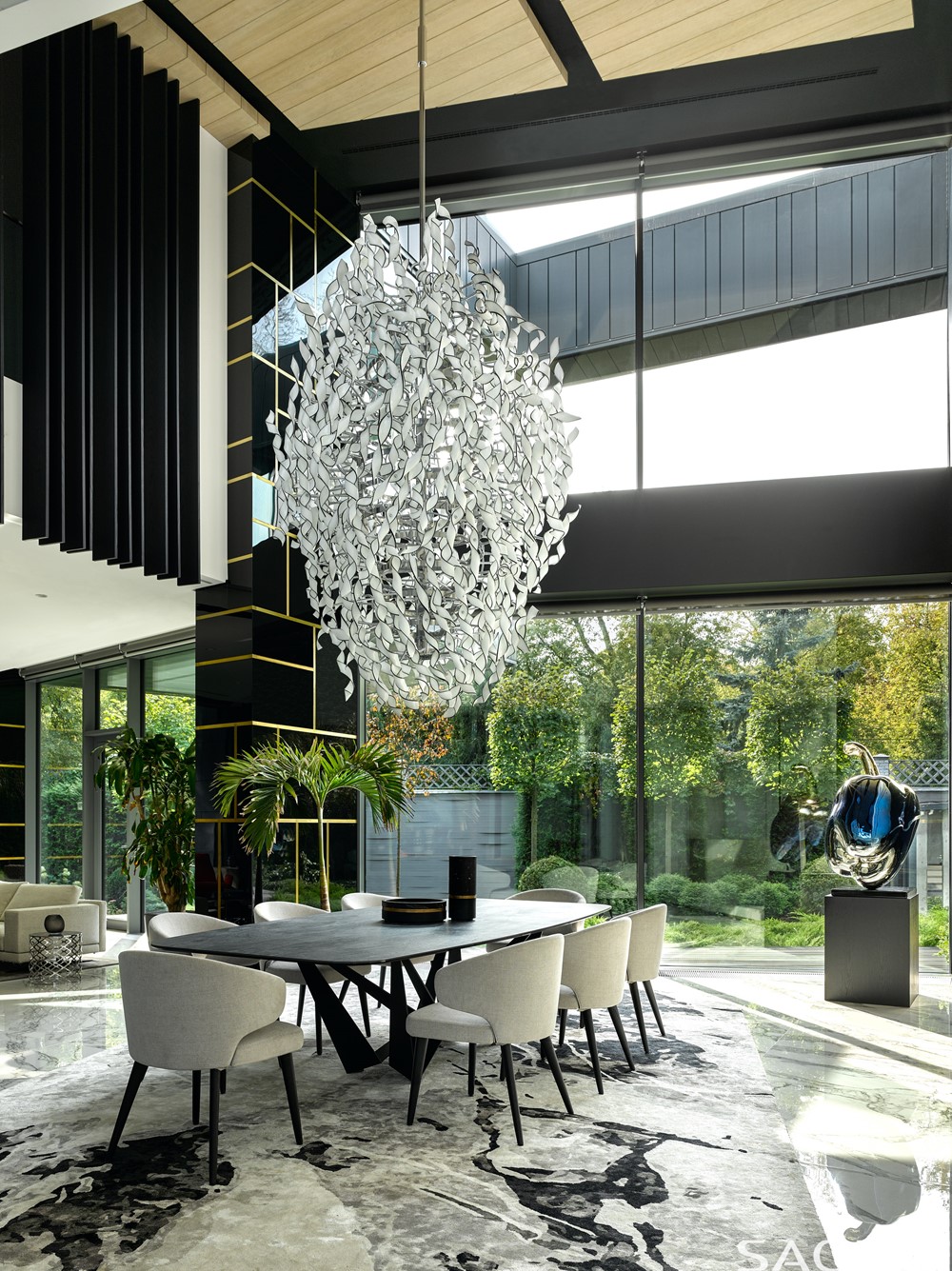 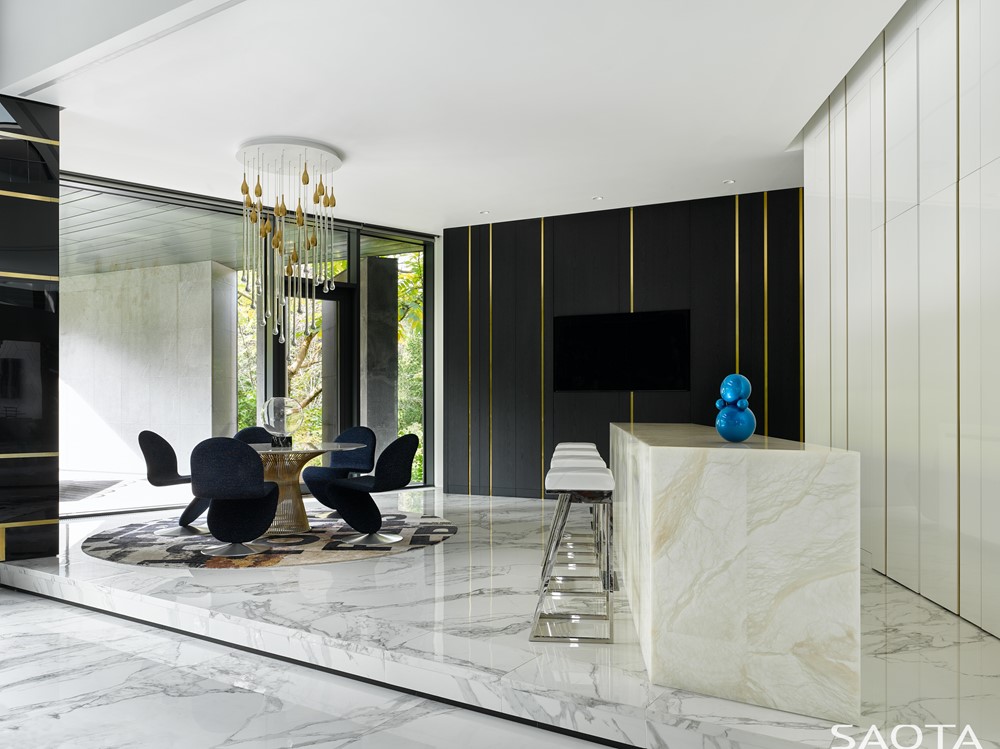 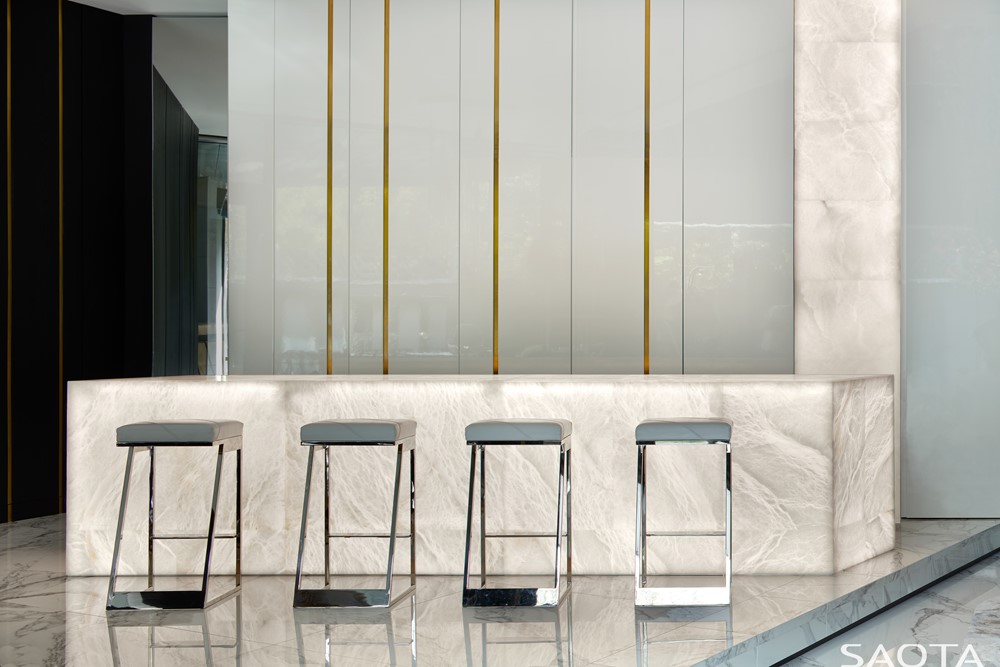 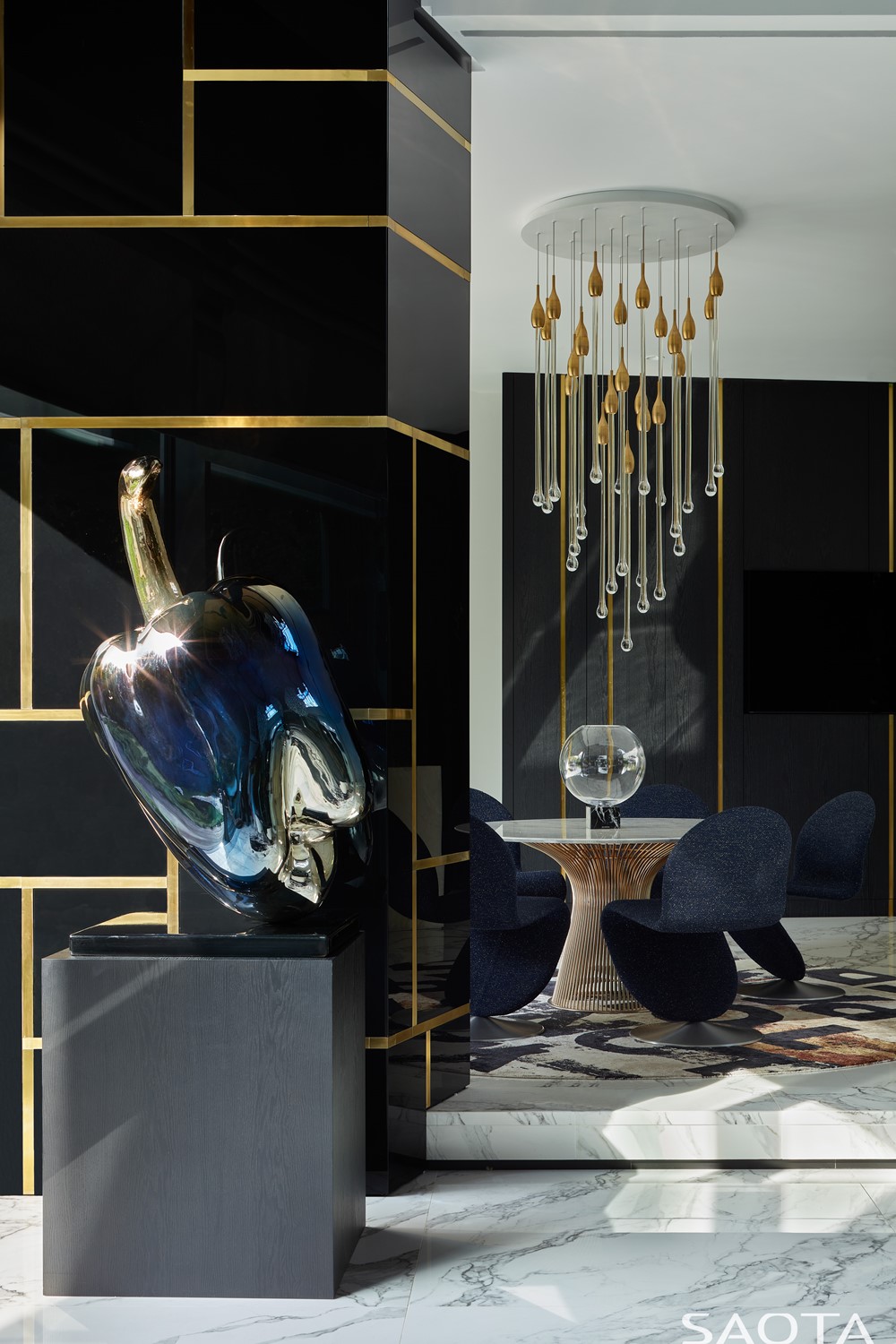 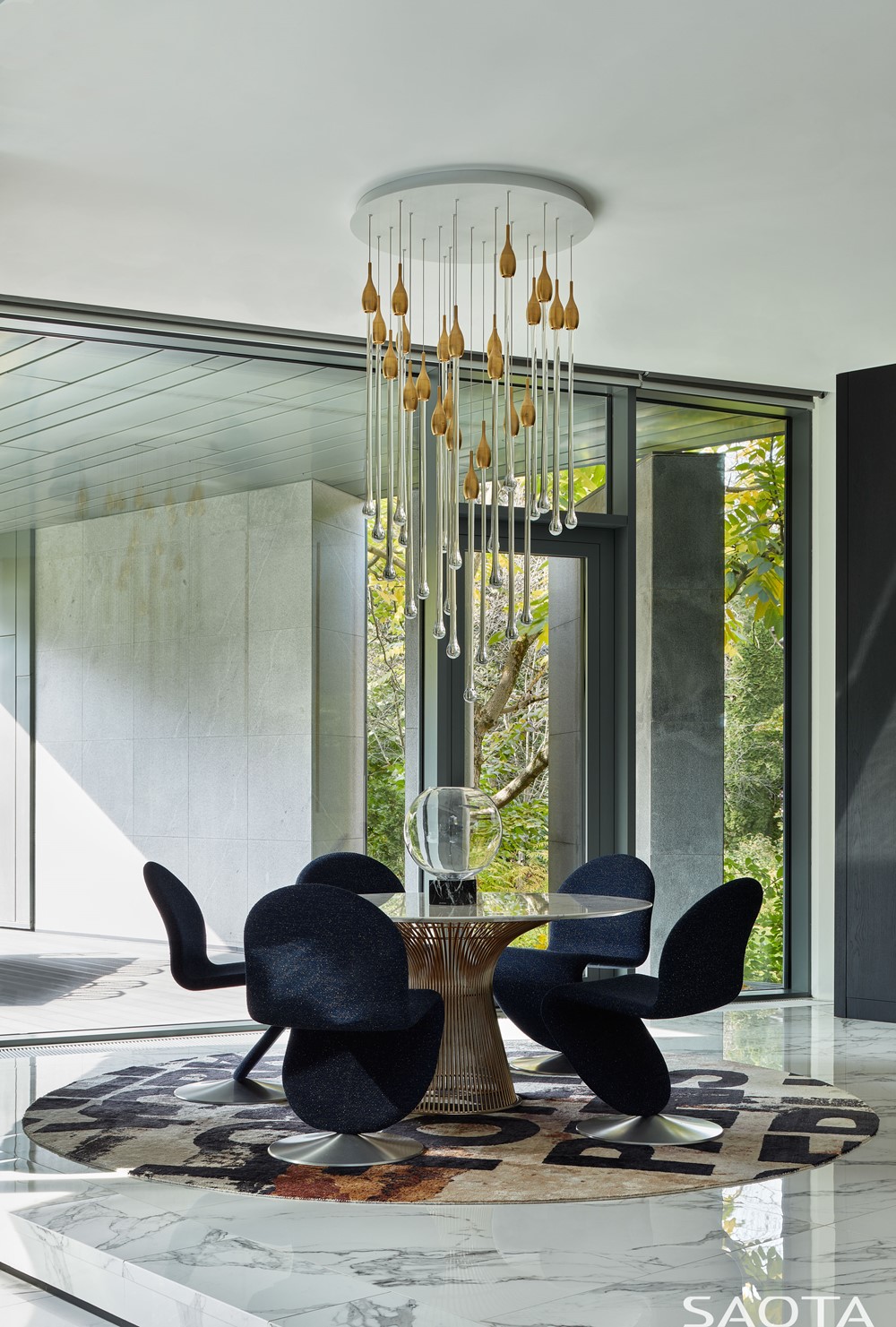 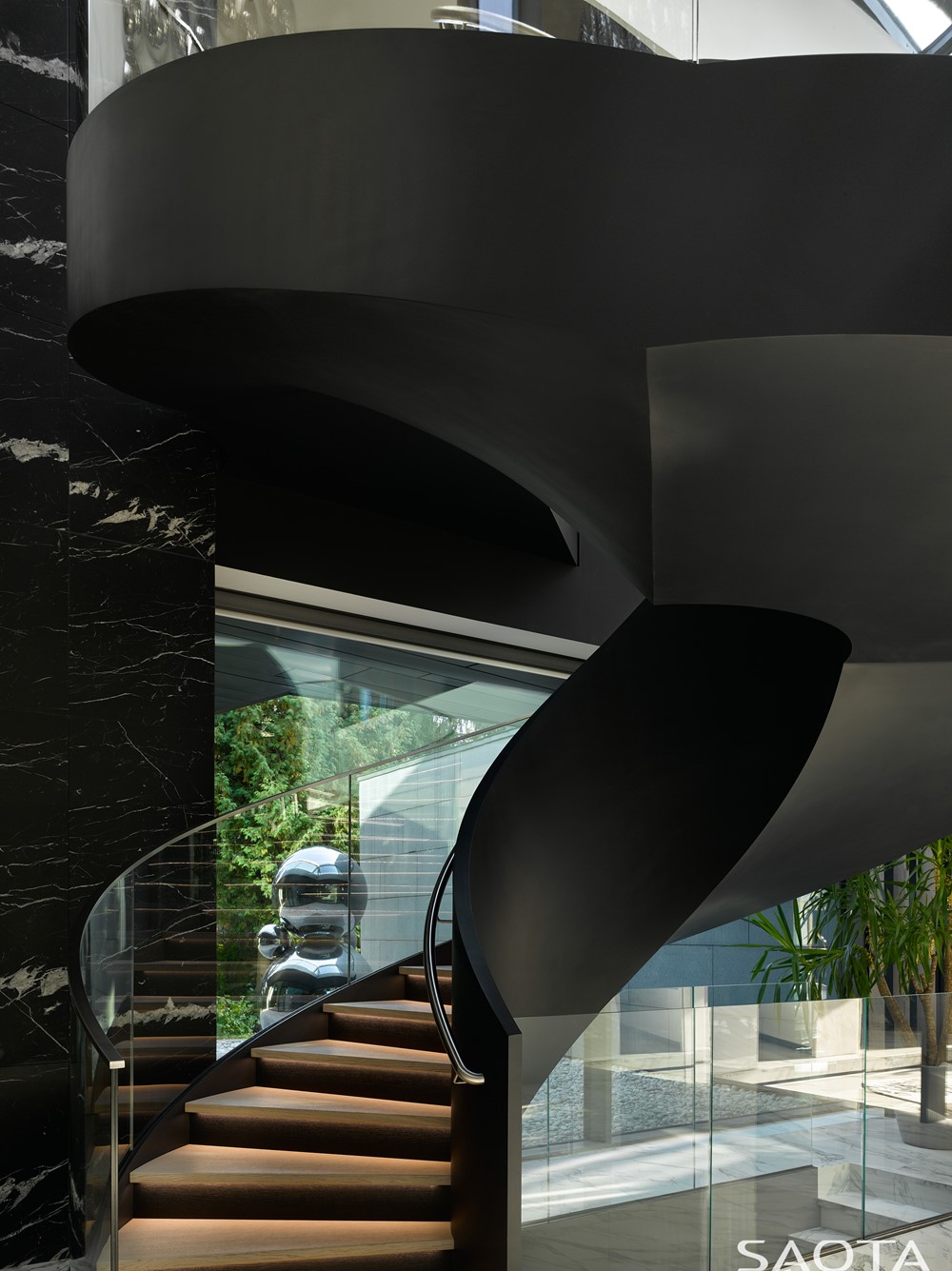 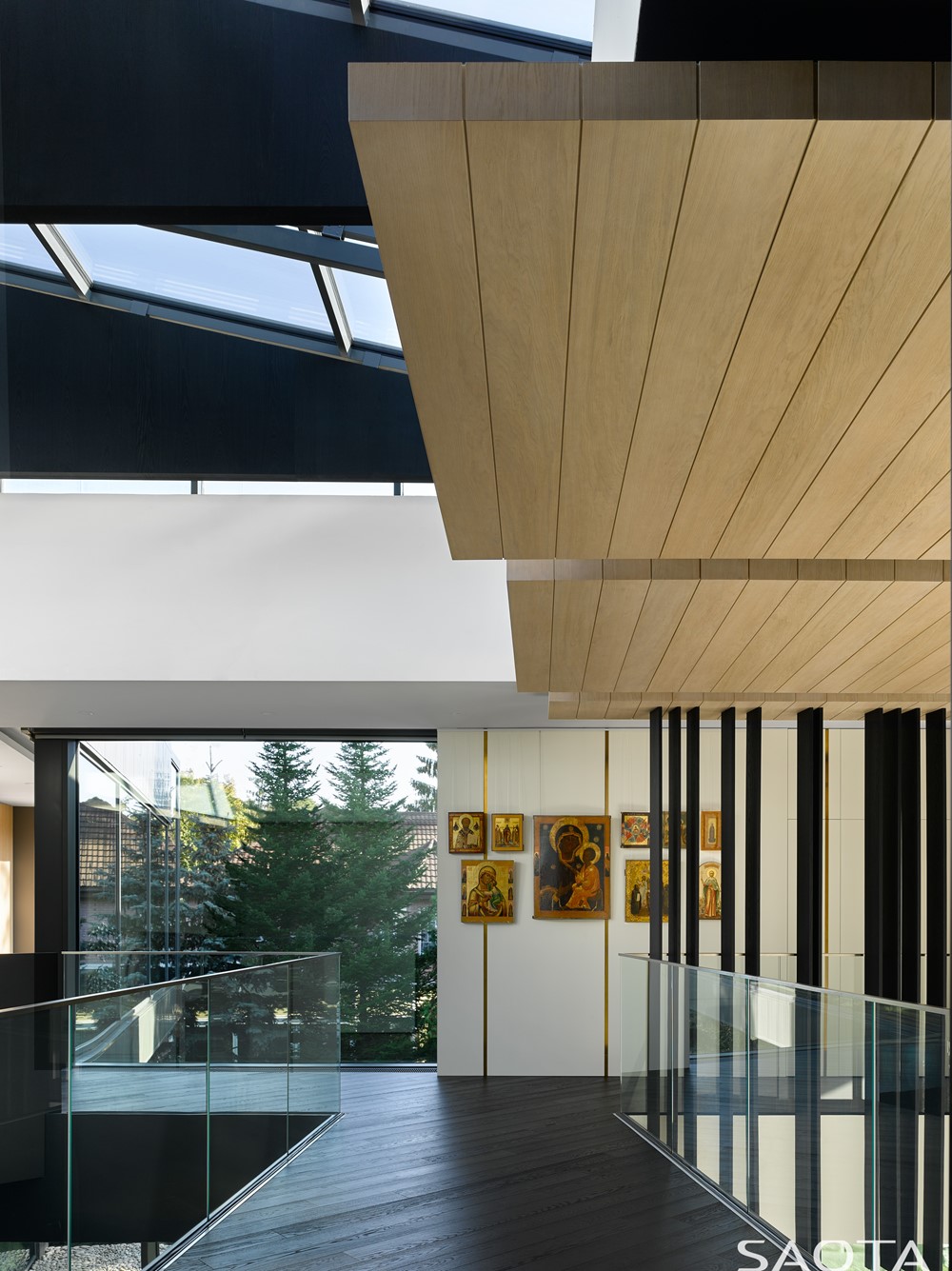 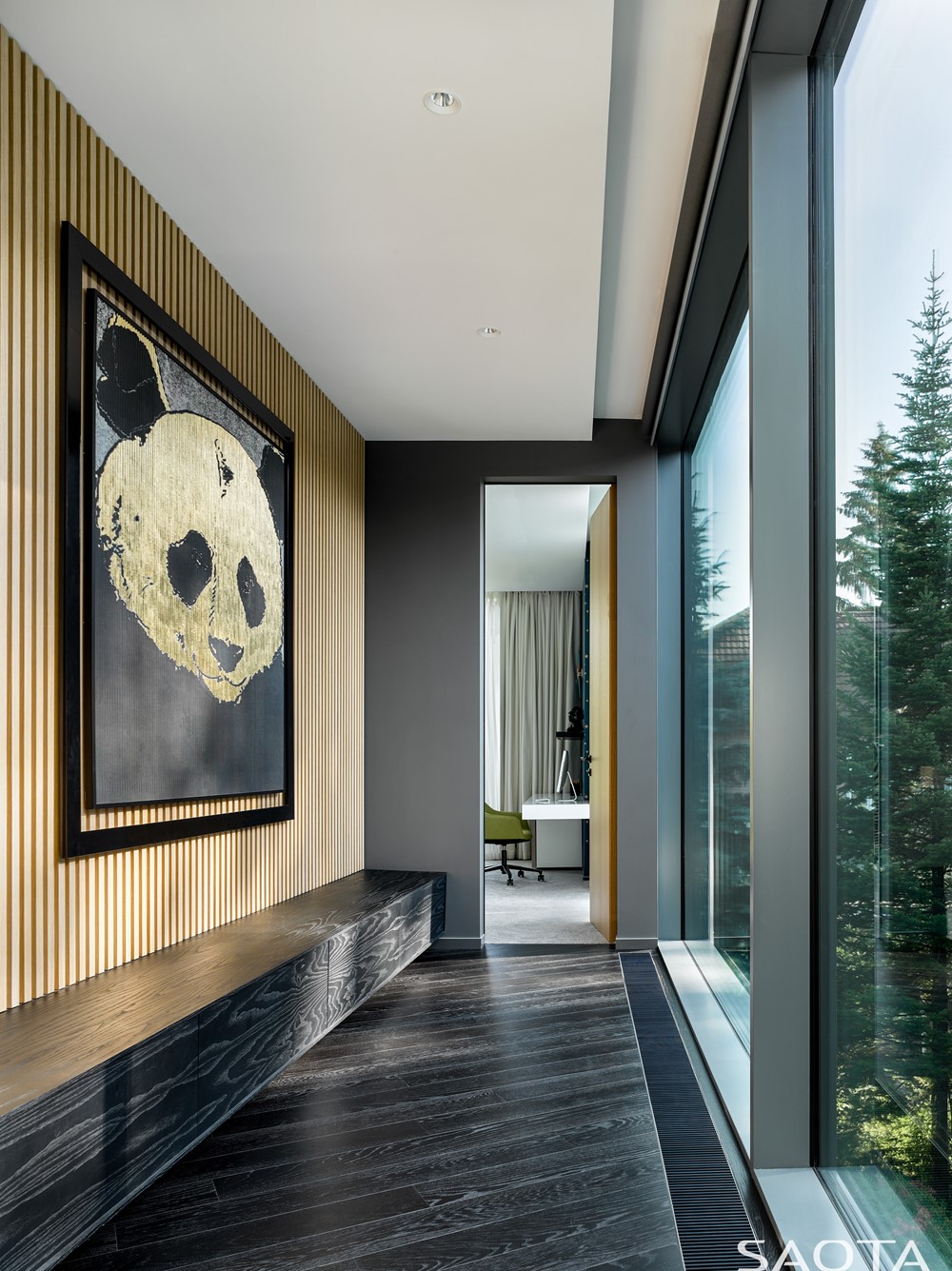 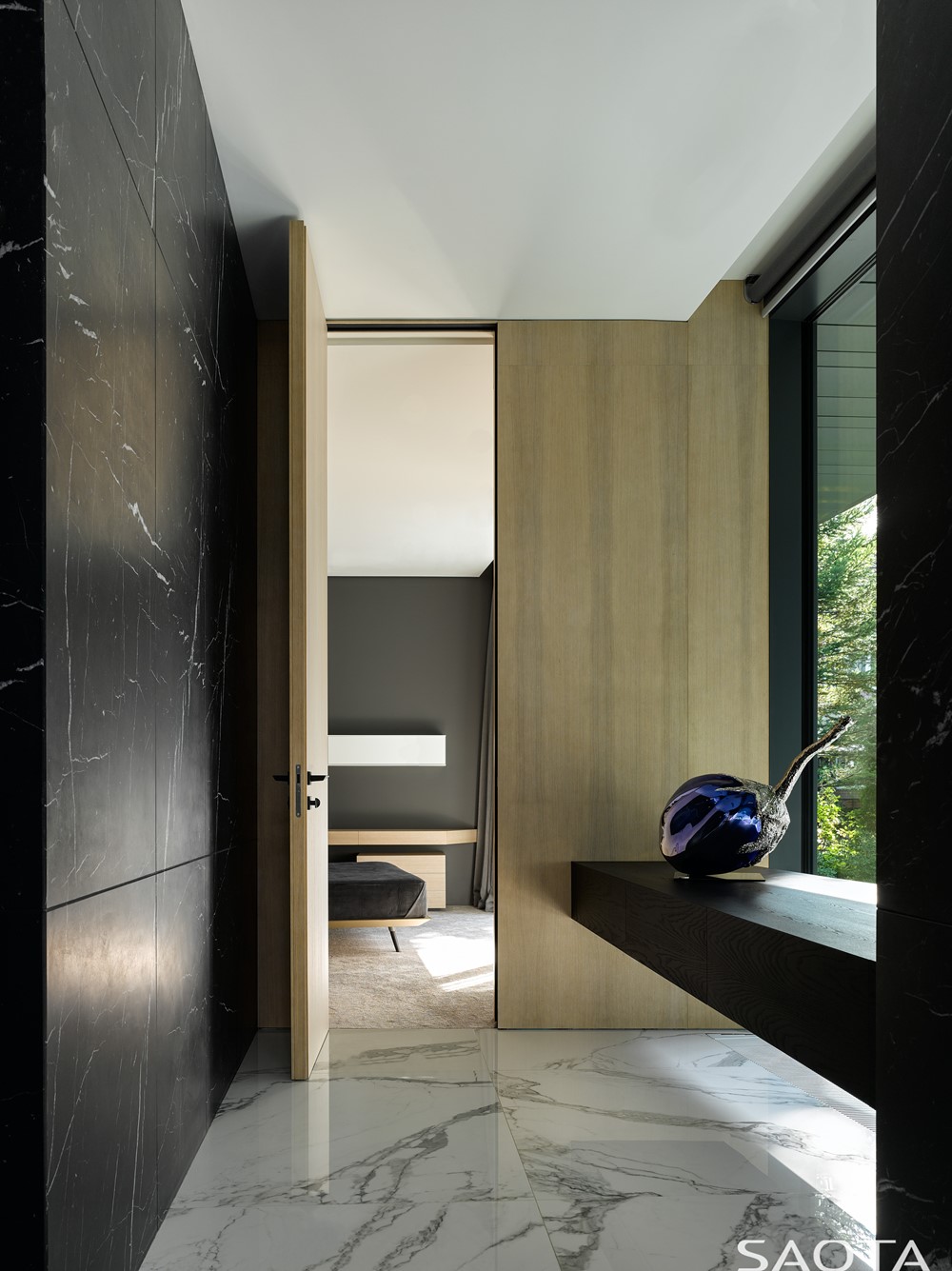 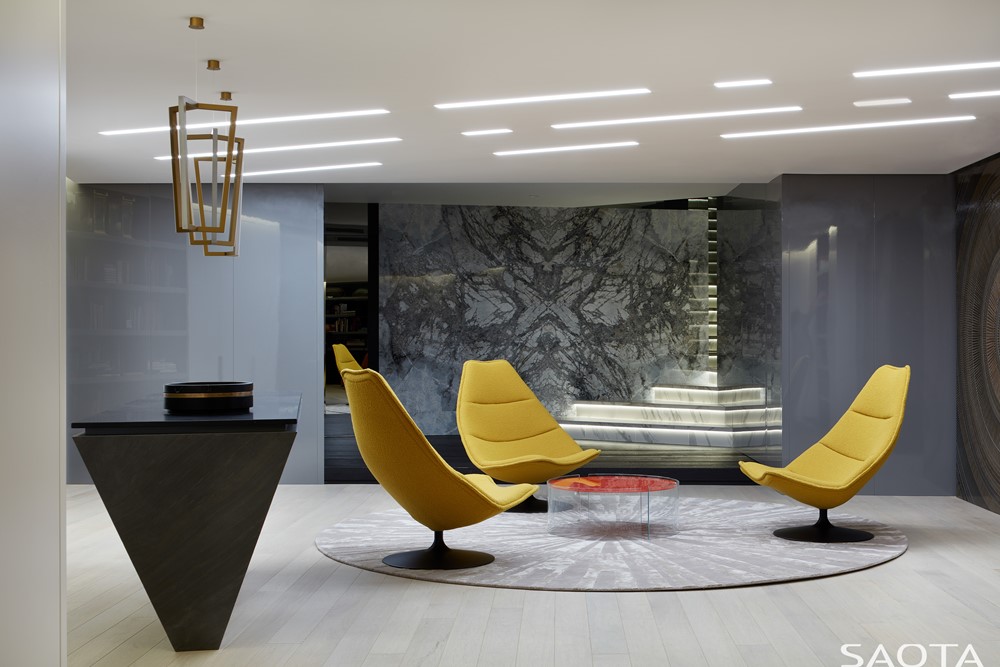 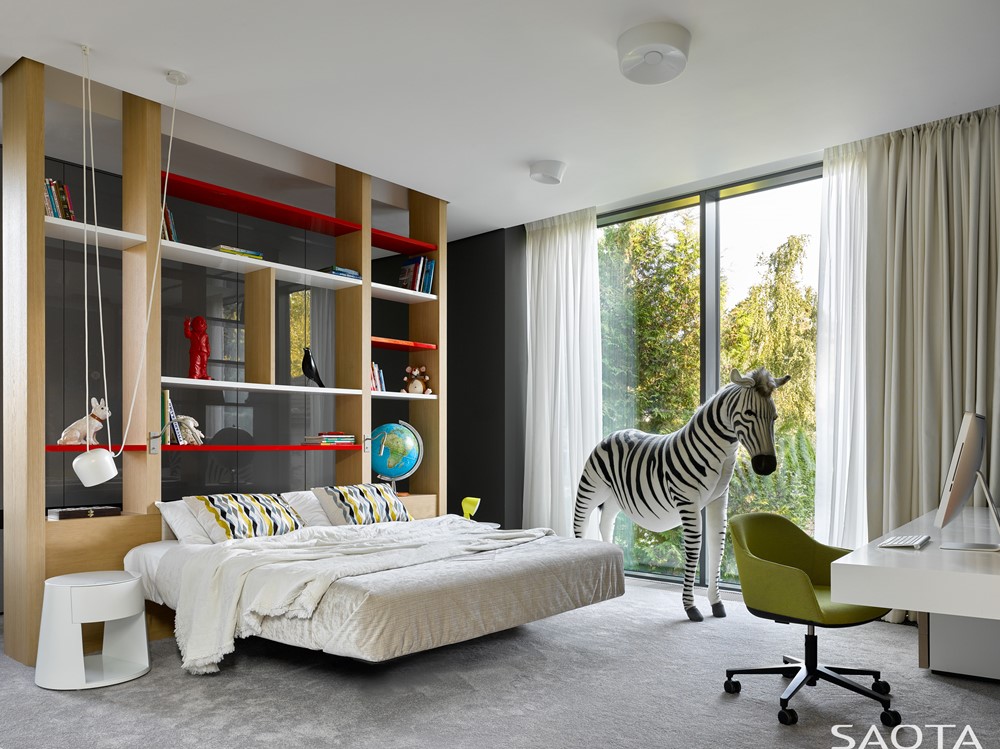 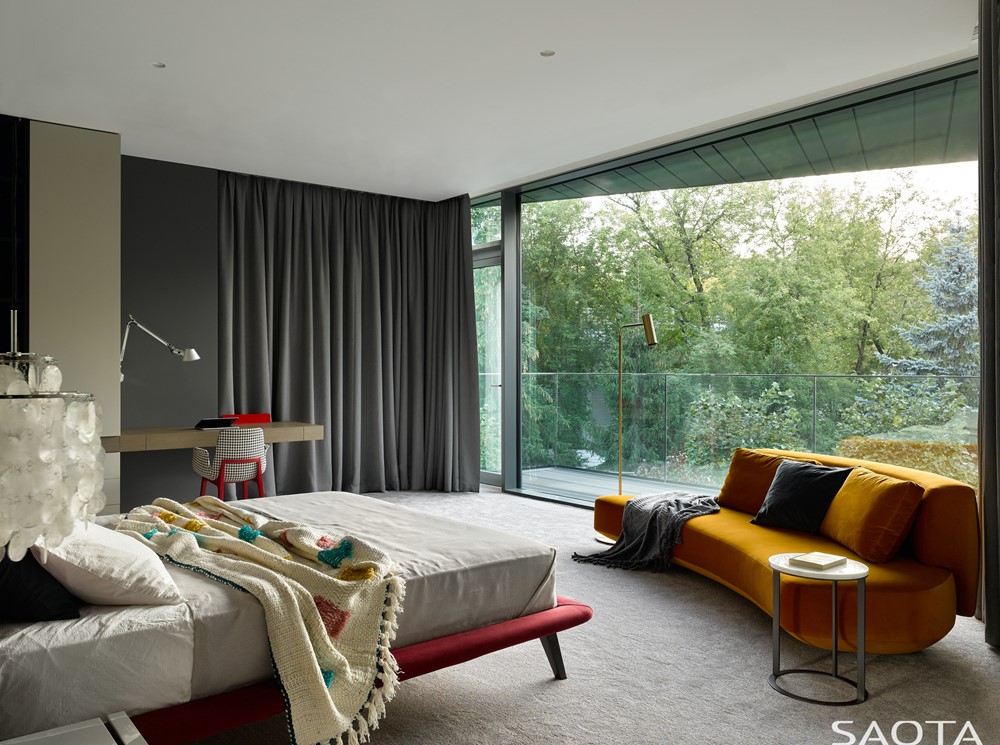 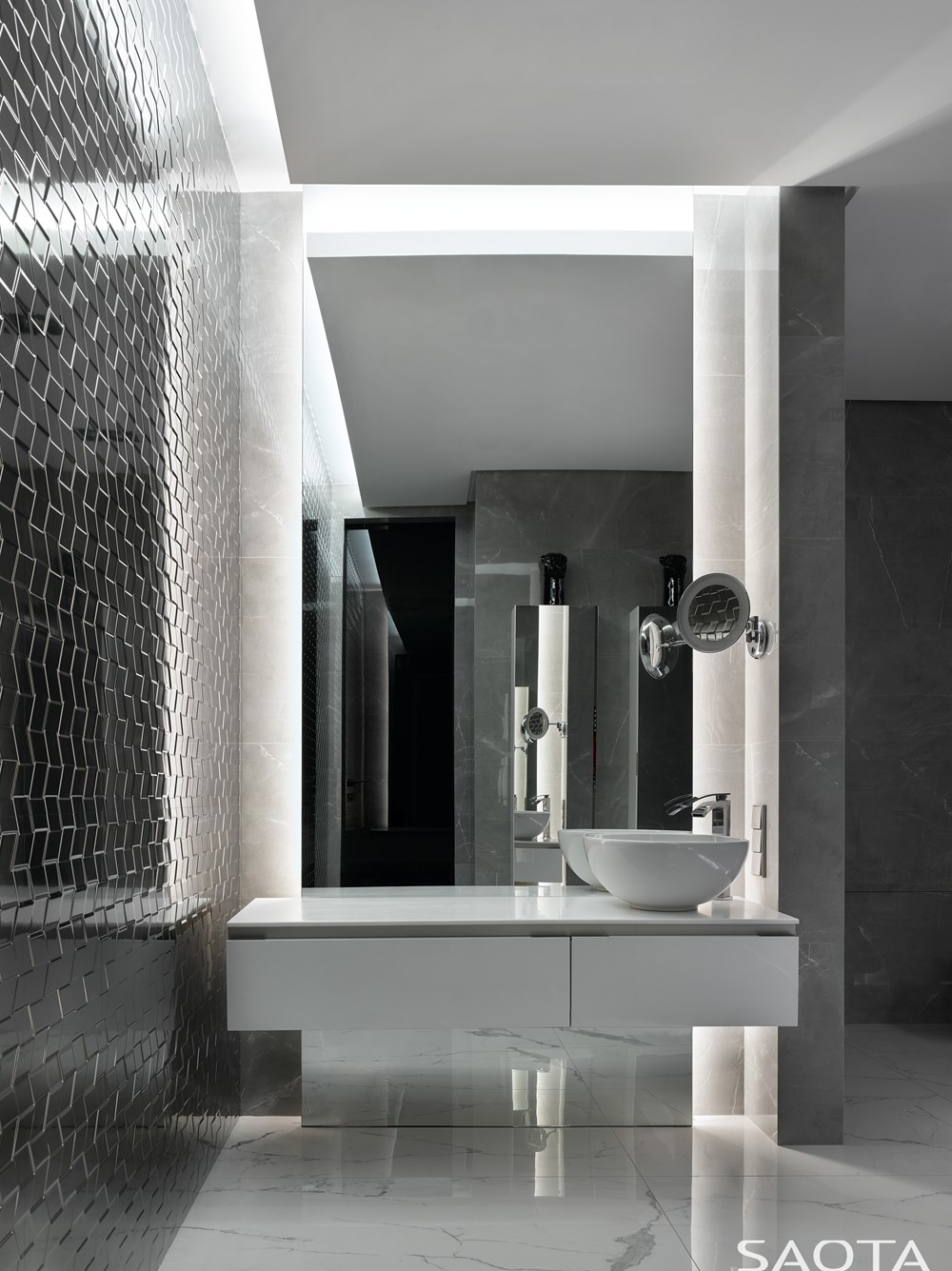 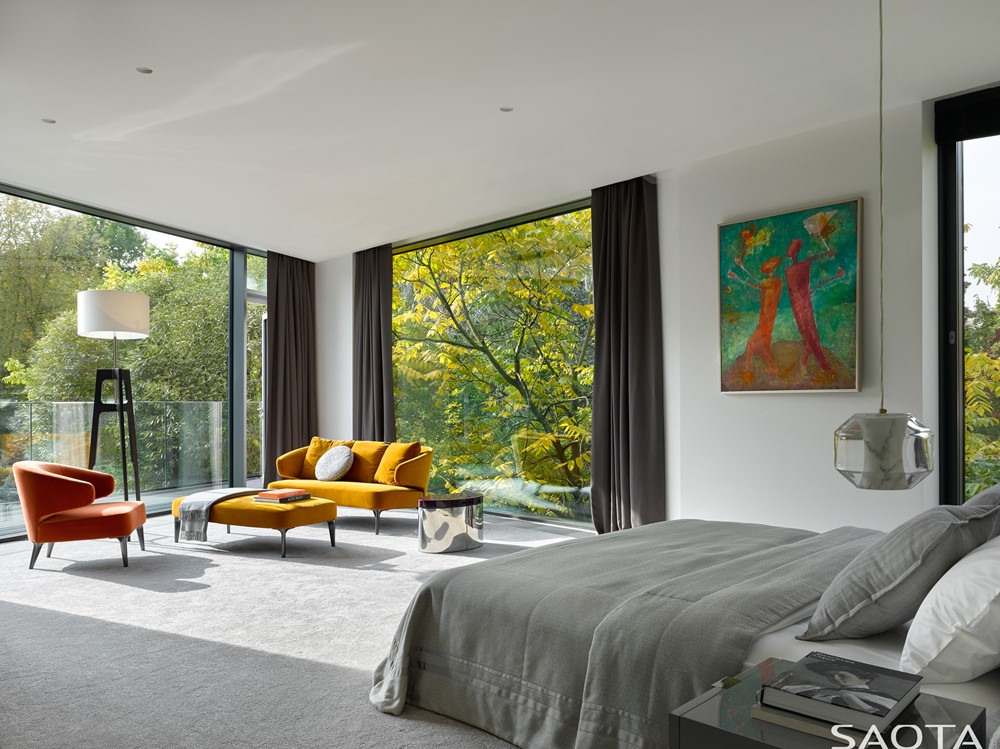 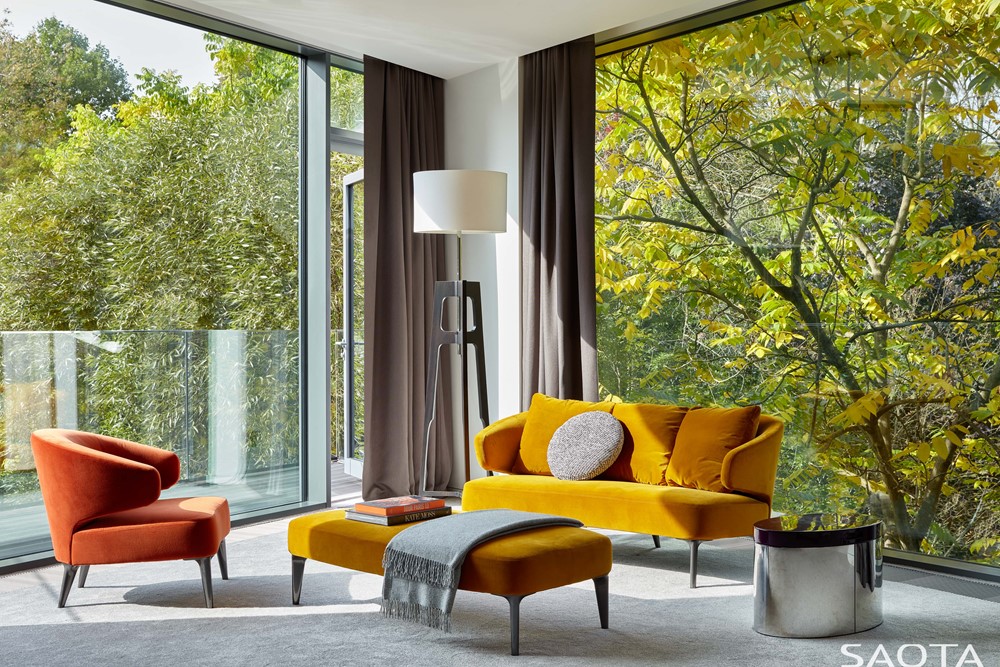 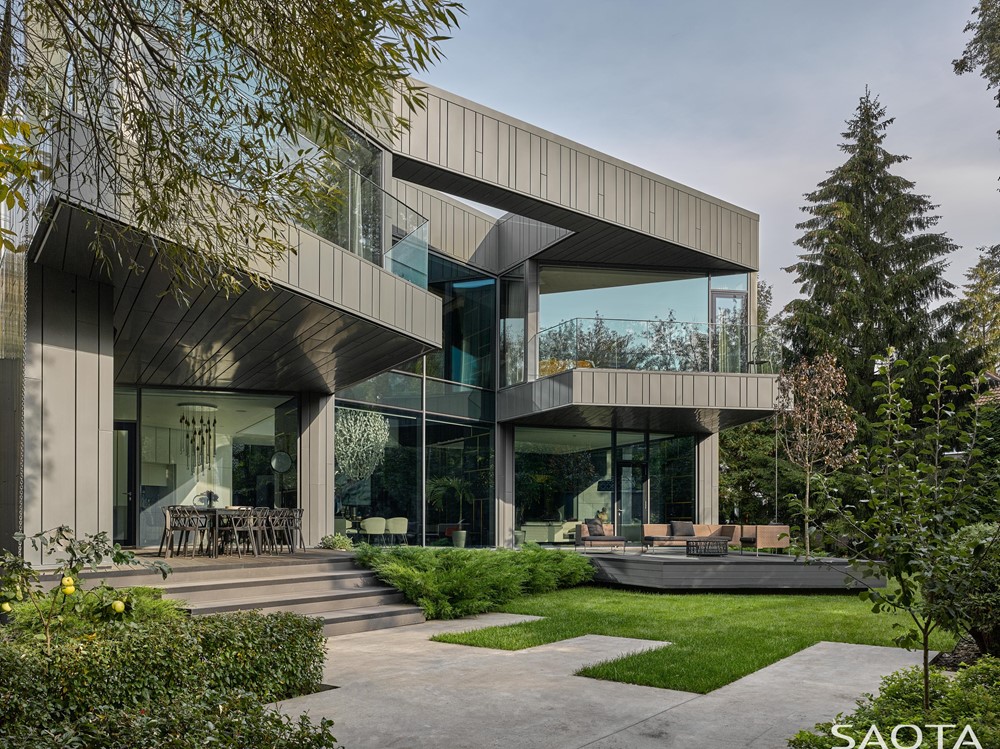 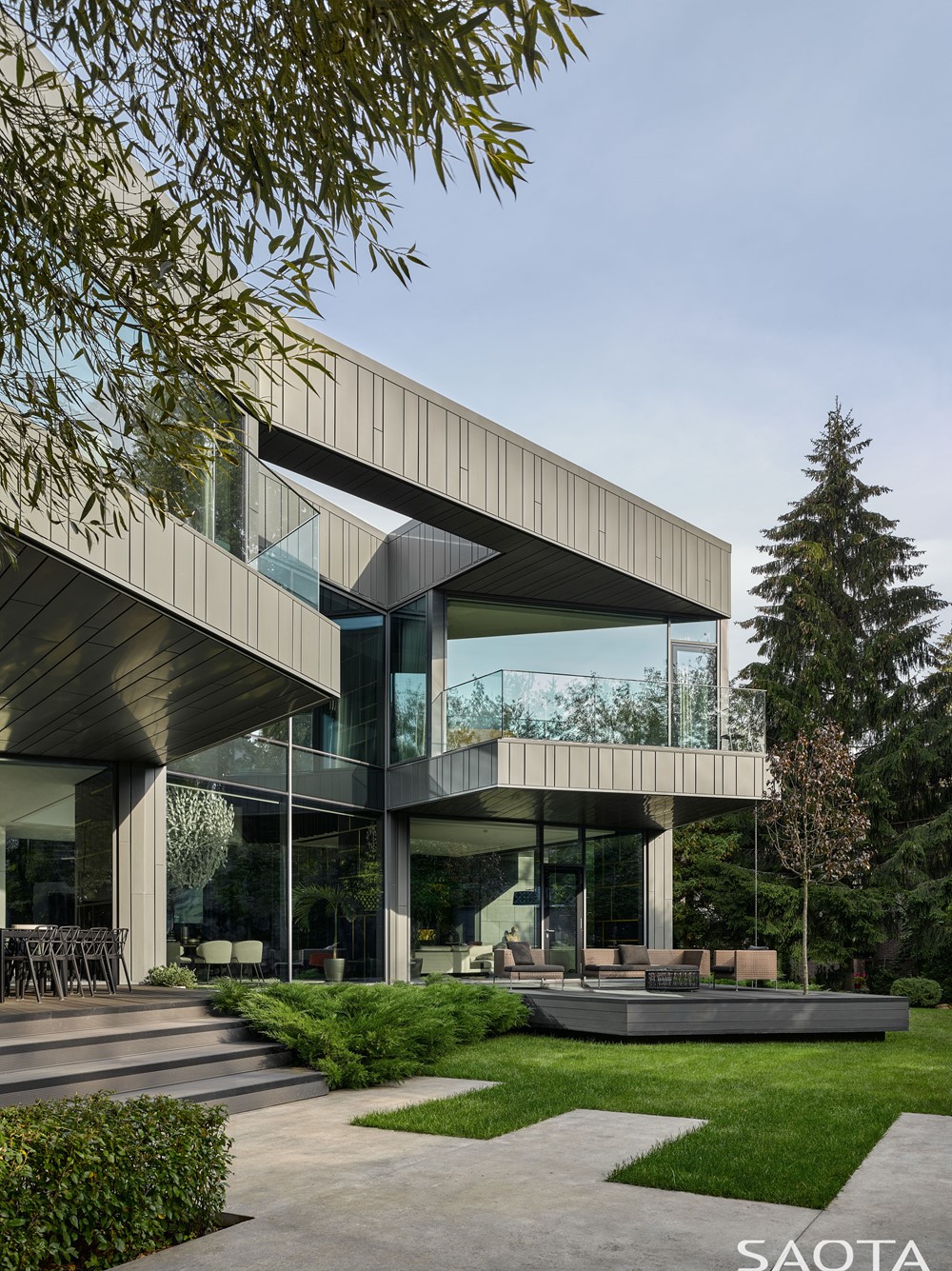 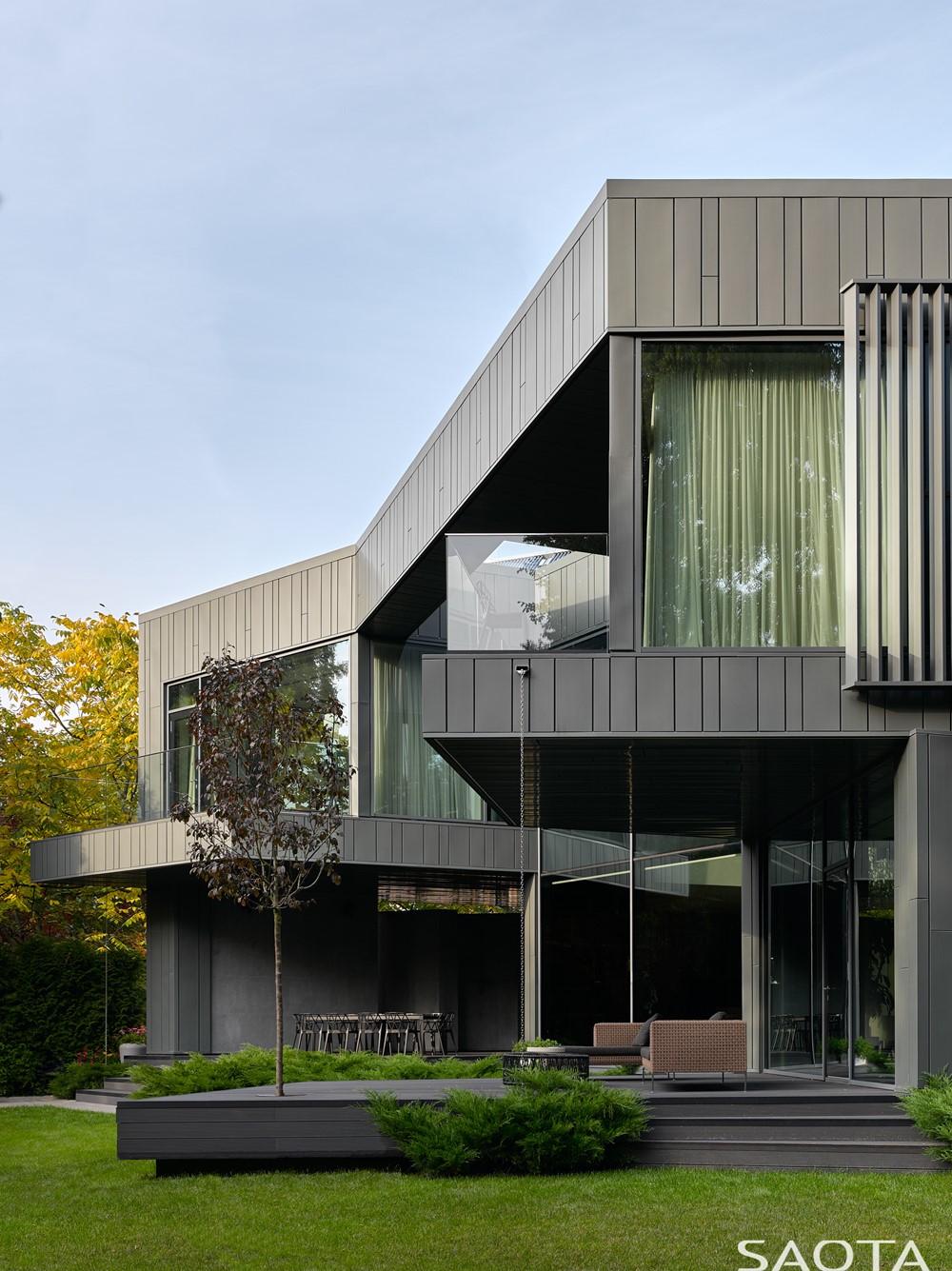 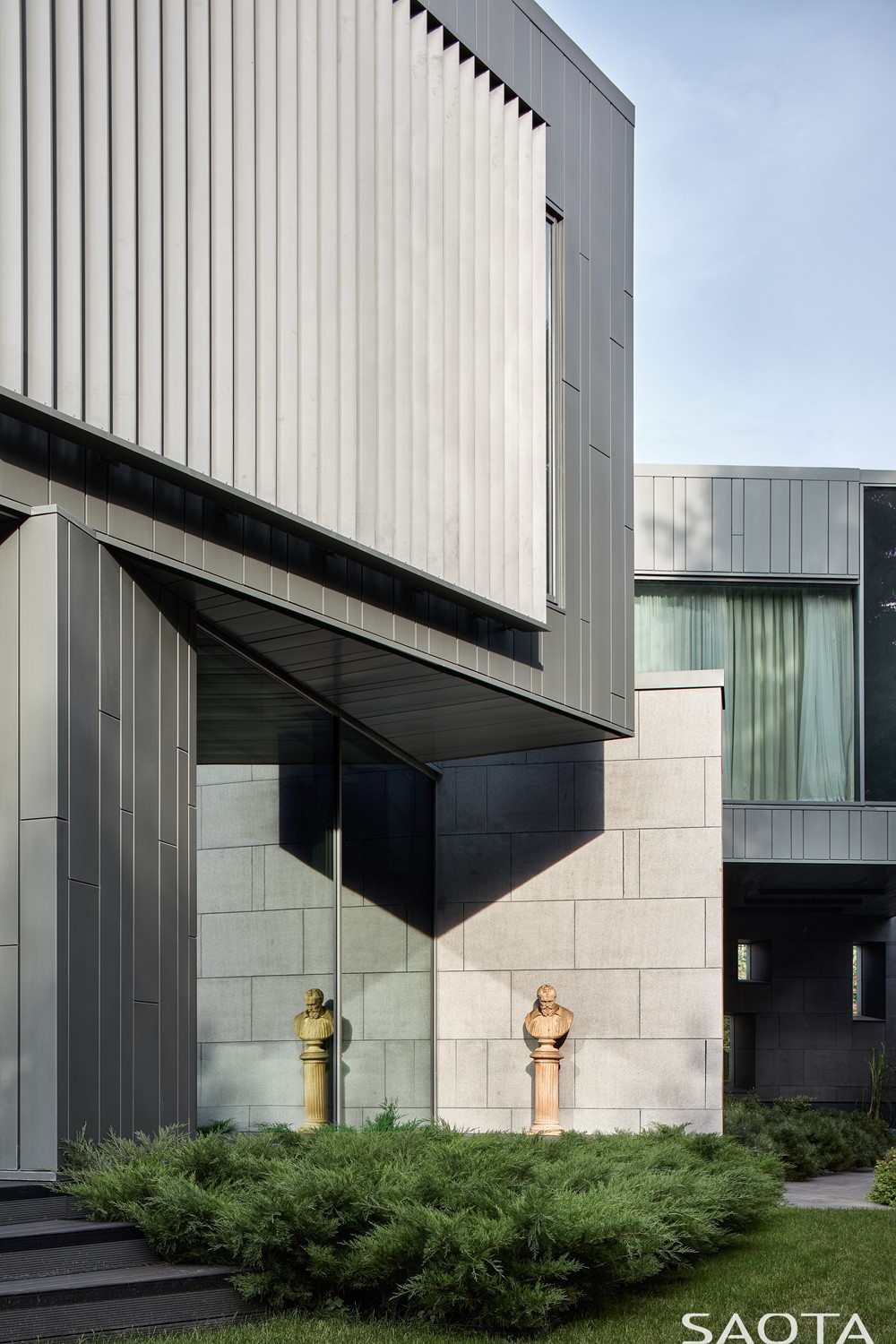 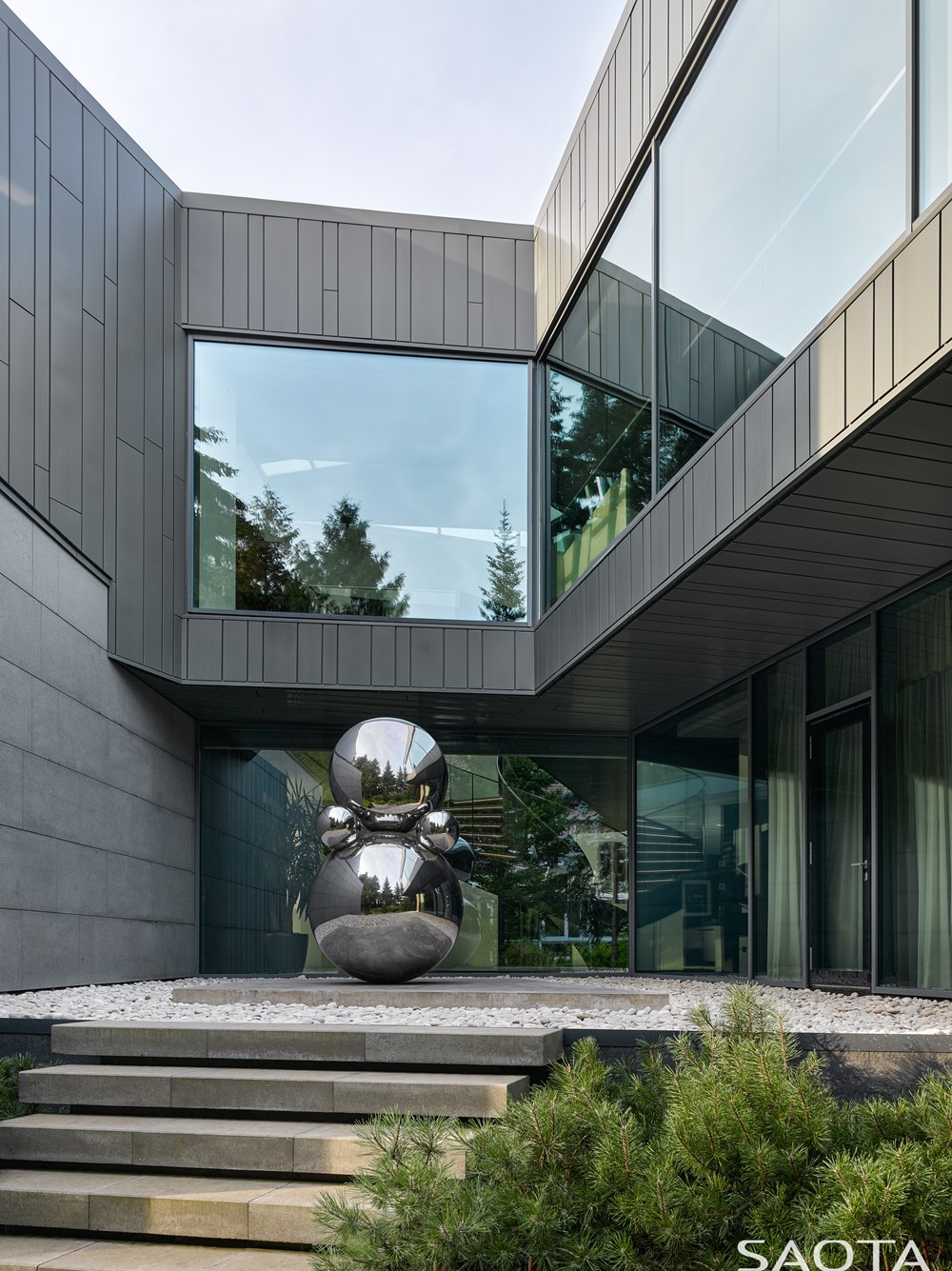 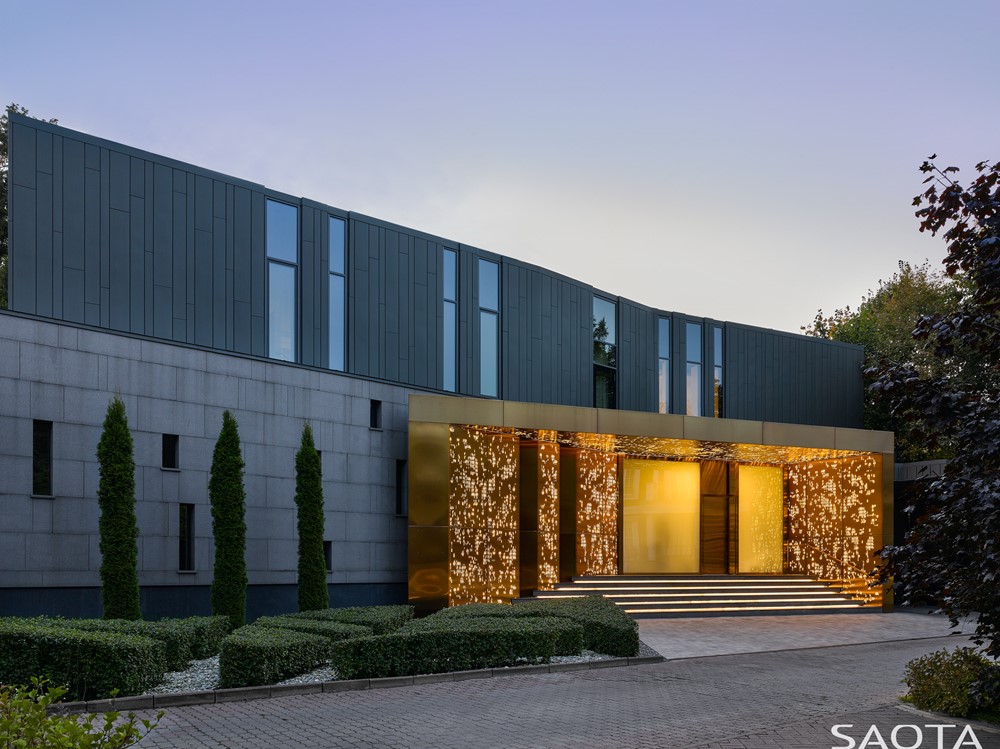 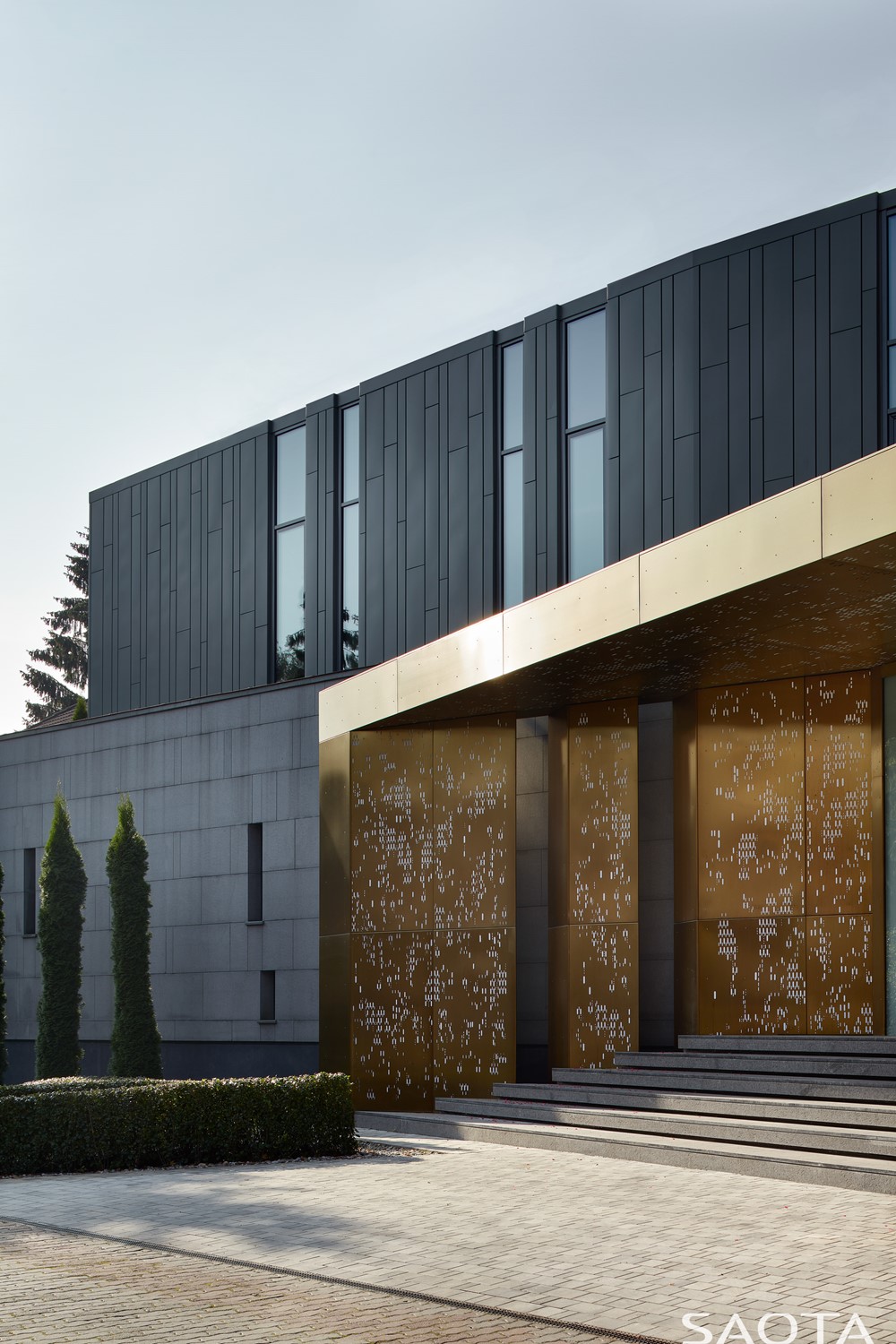 This project between SAOTA, ARRCC and Max Kasymov is the first completed SAOTA project in Russia. ARRCC, an interior design studio, proposed the concept idea for the interiors, and Max Kasymov, Moscow interior design studio, developed the project further and oversaw its realisation. Supervising and coordinating the contractors and suppliers on the building were carried out by the Moscow studio as well as selecting materials, furniture and lighting.