Wandsworth Cottage is a project designed by Patalab Architecture. Built in the late 19th century as part of a large new estate in South London, Wandsworth Cottage is a small Victorian terrace house originally built as a modest workers’ cottage. The house was in a tired state and there were structural issues that needed to be addressed, justifying the opportunity to fundamentally rearrange the layout. The 4-meter width of the cottage was the largest constraint and the existing stair position resulted in an unusable skinny second bedroom on the upper floor. This was overcome by designing a reconfigured triple height stairwell – our main architectural intervention. This has gained generosity on both floors and brings natural light into the centre of the house – a vital enhancement especially with the additional 2-storey rear extension. Photography by Julian Abrams. 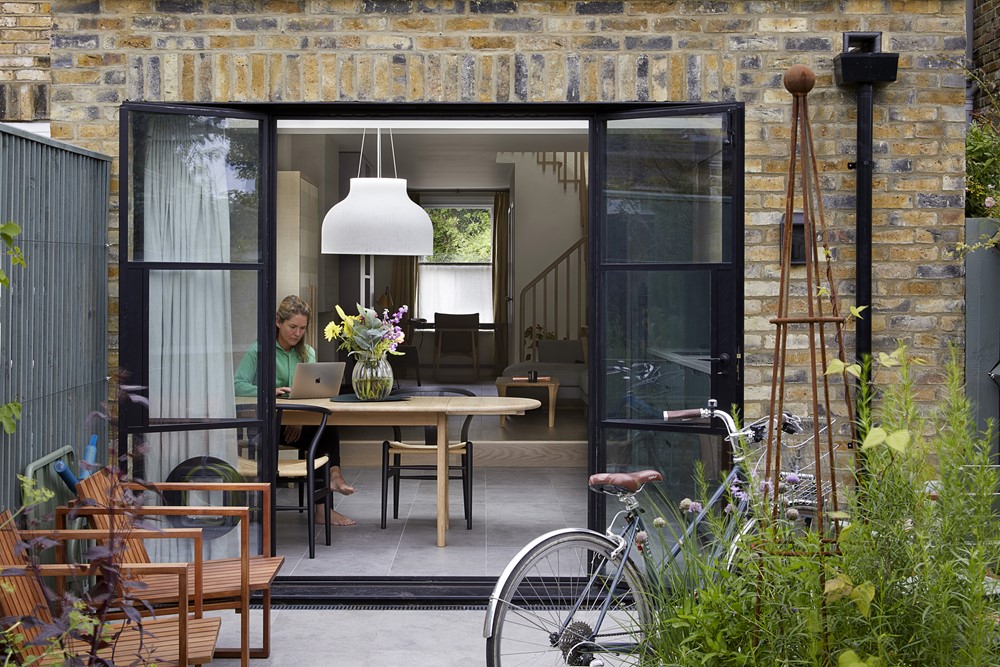