In the Urban Farmhouse designed by Post Architecture Inc., careful consideration of the architectural past was taken to re-imagine a century old farmhouse as a contemporary home re-built on the site where it stood since the 1800’s. Photography by Riley Snelling. 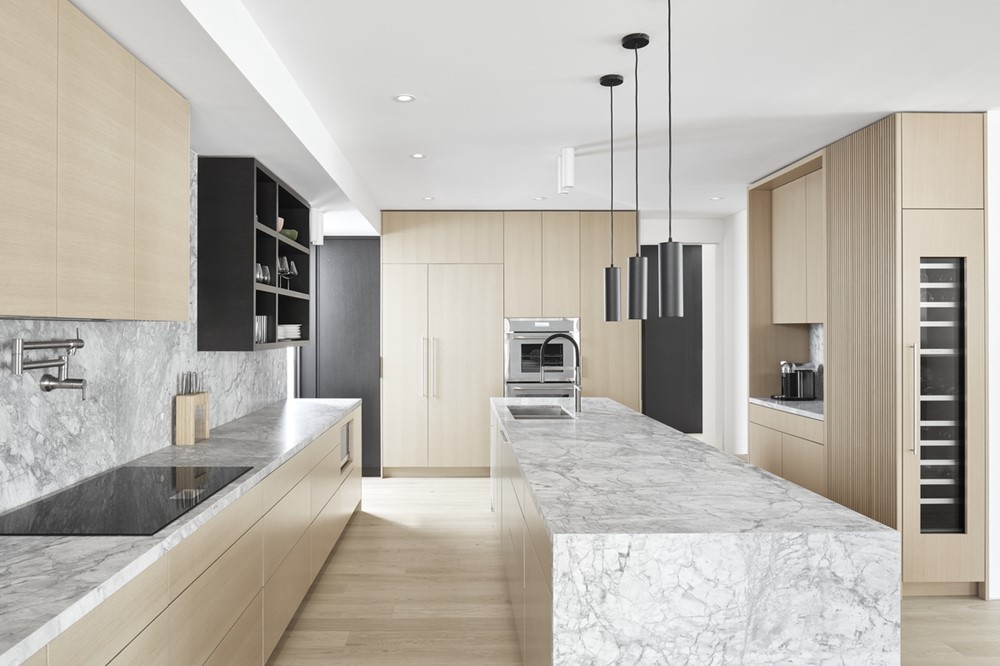 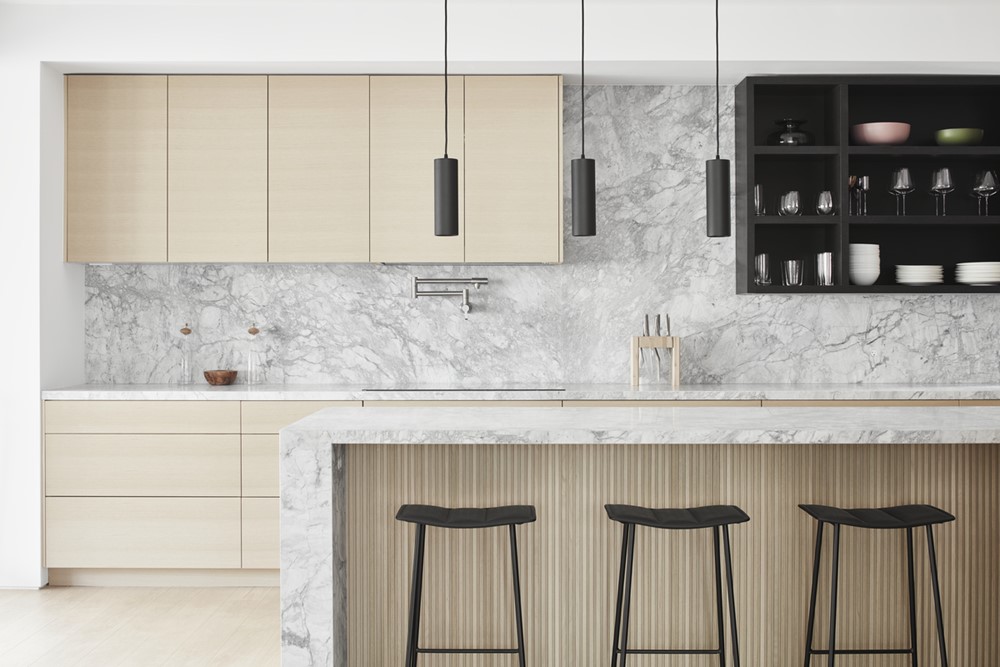 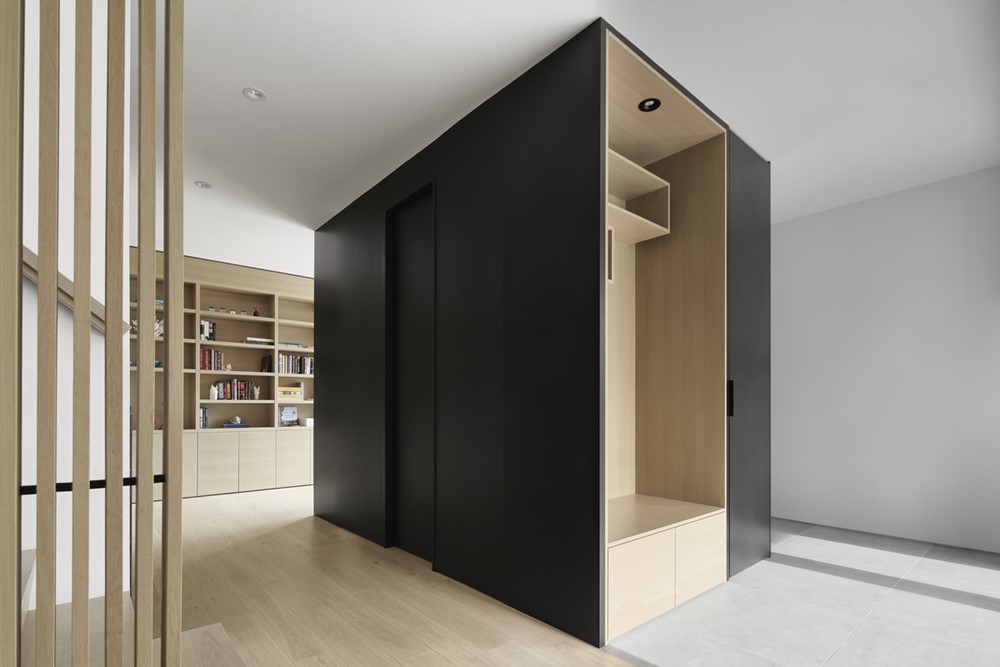 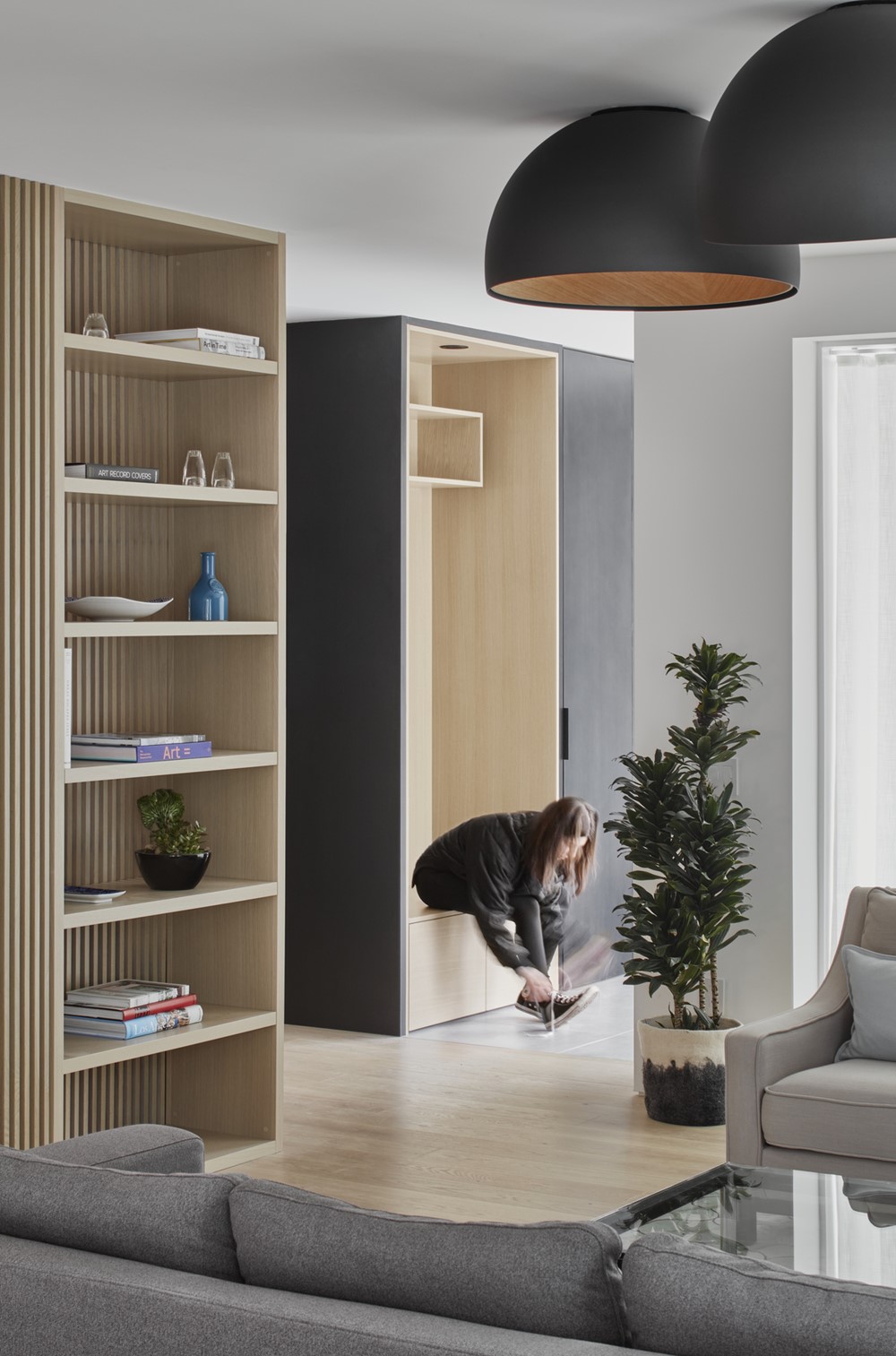 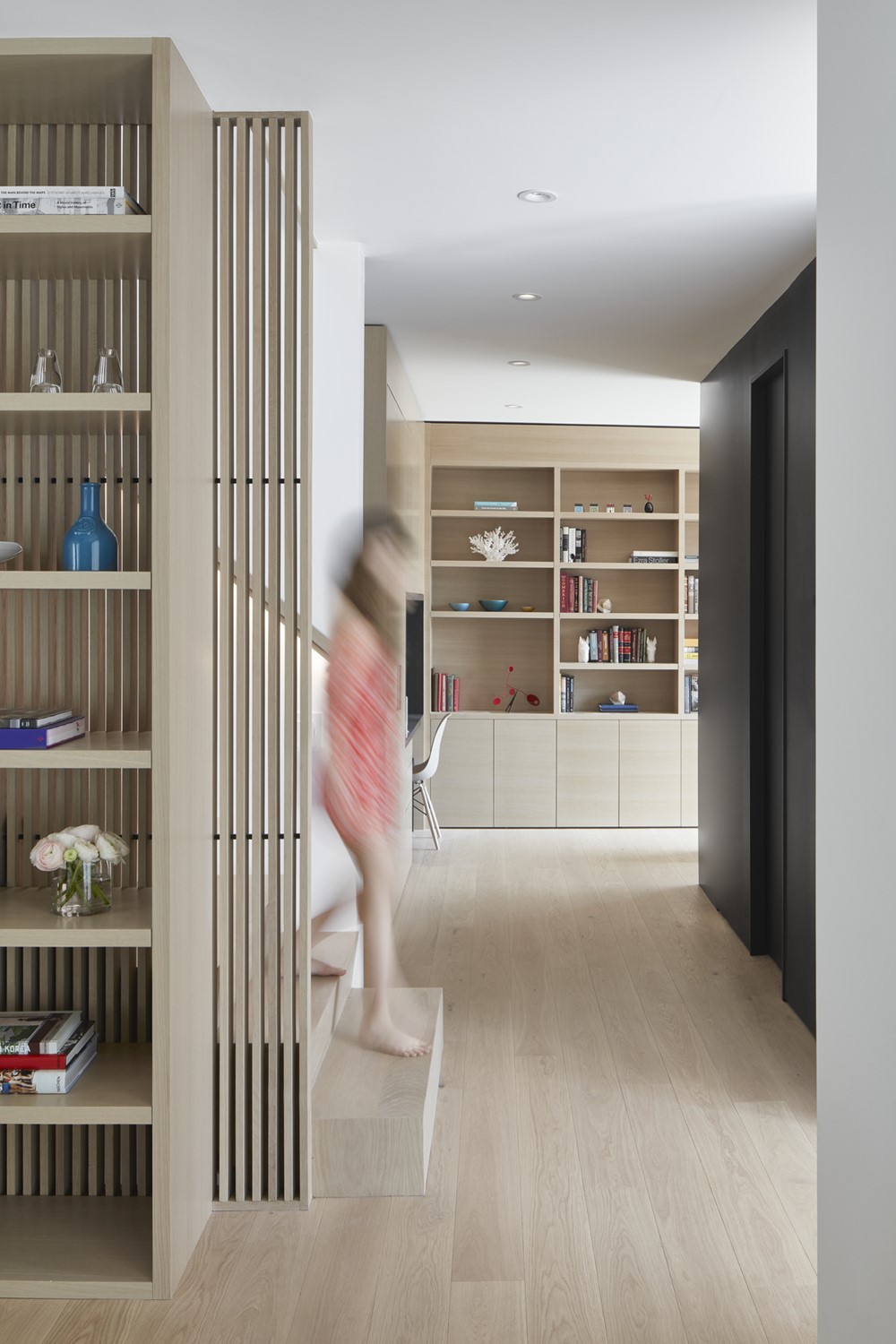 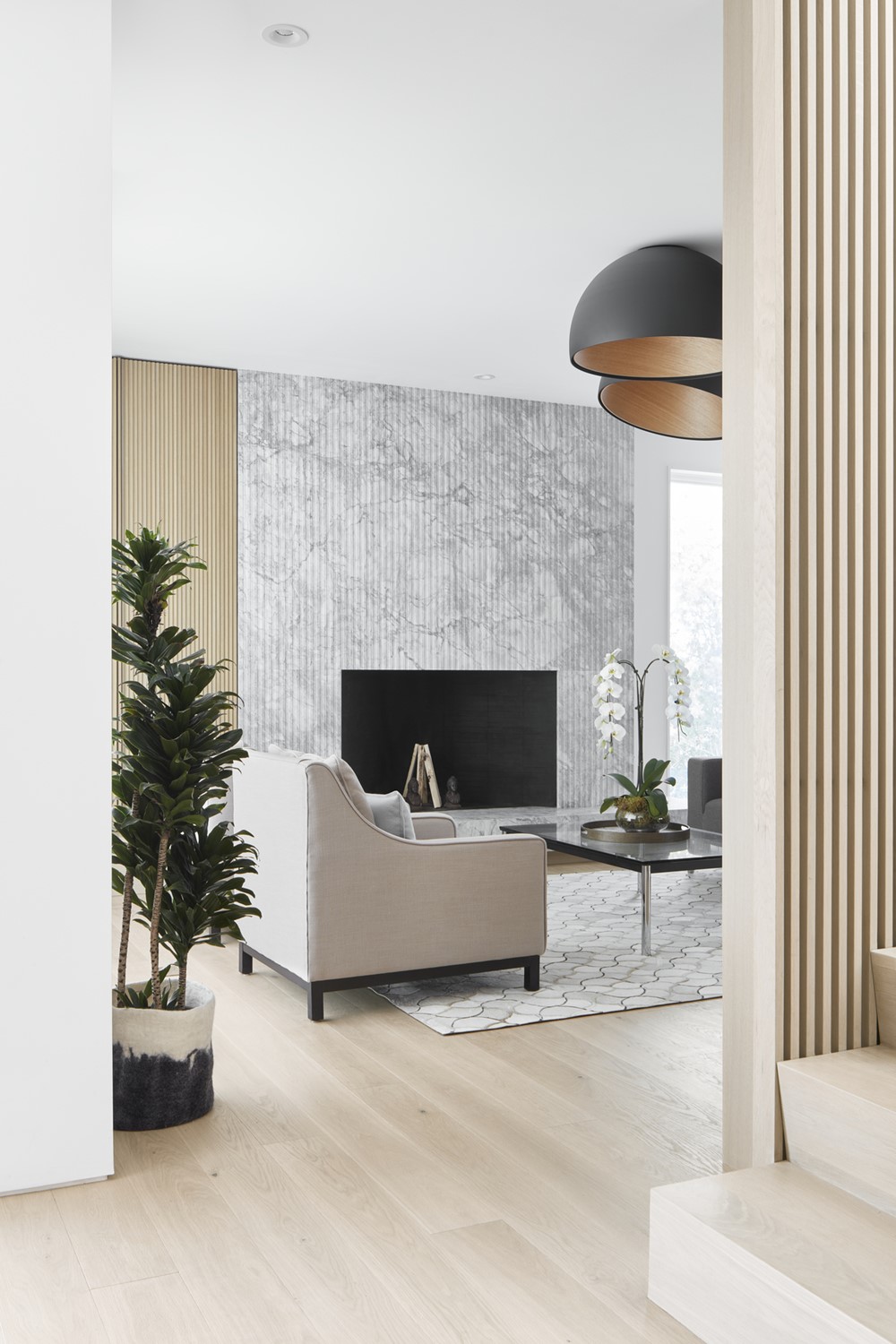 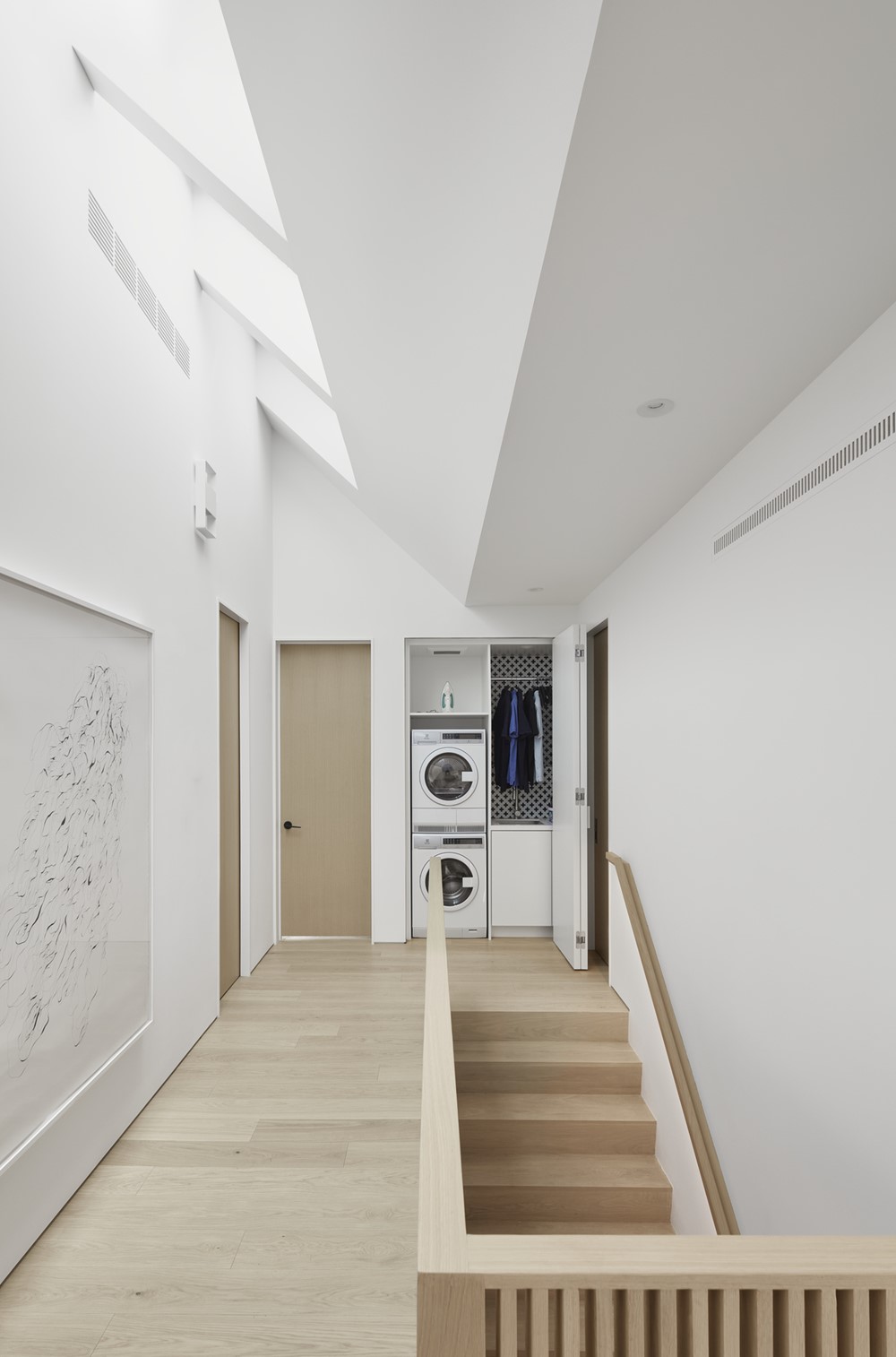 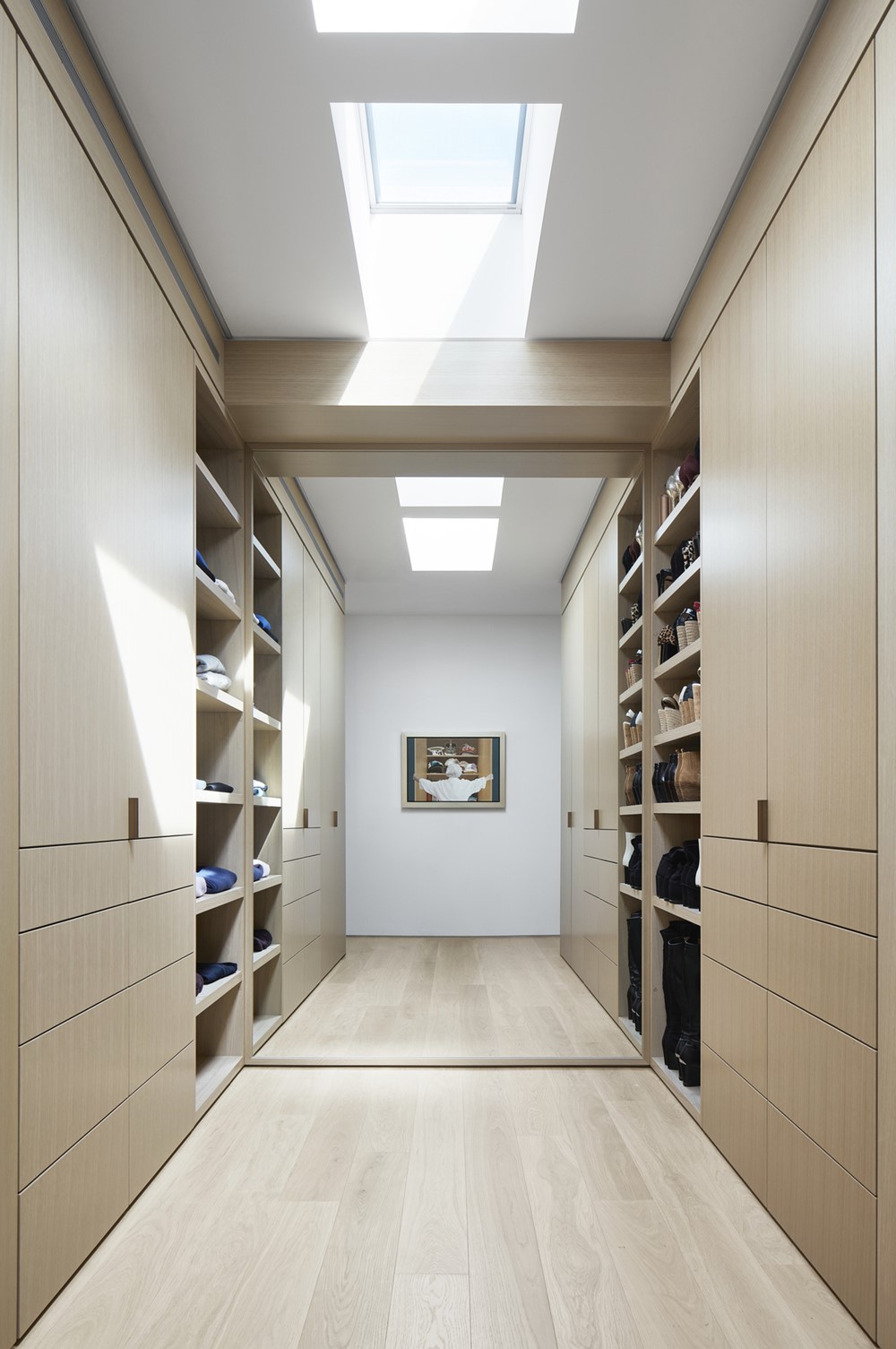 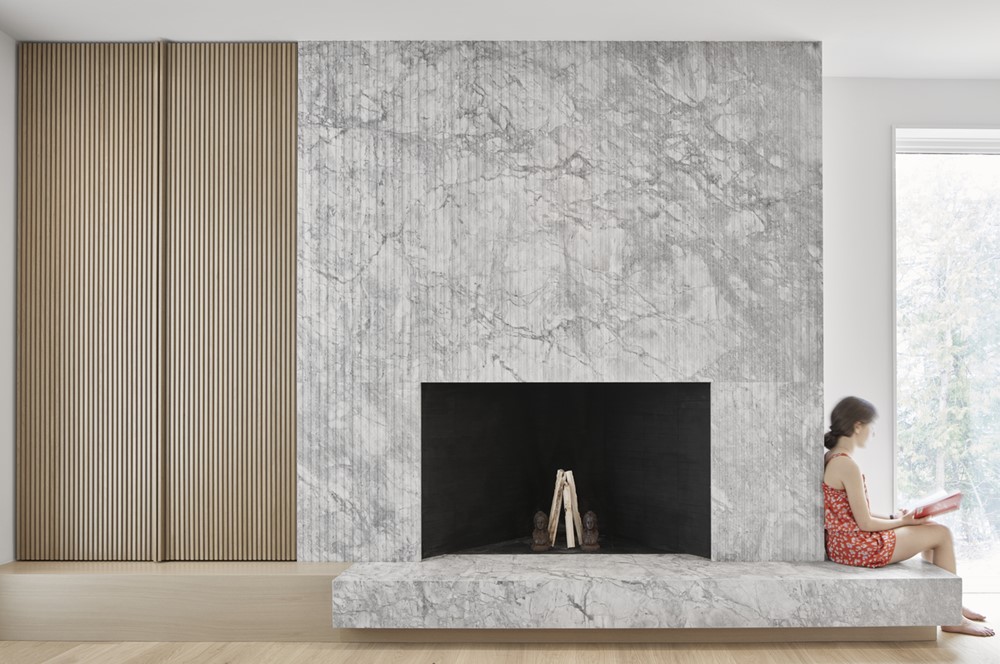 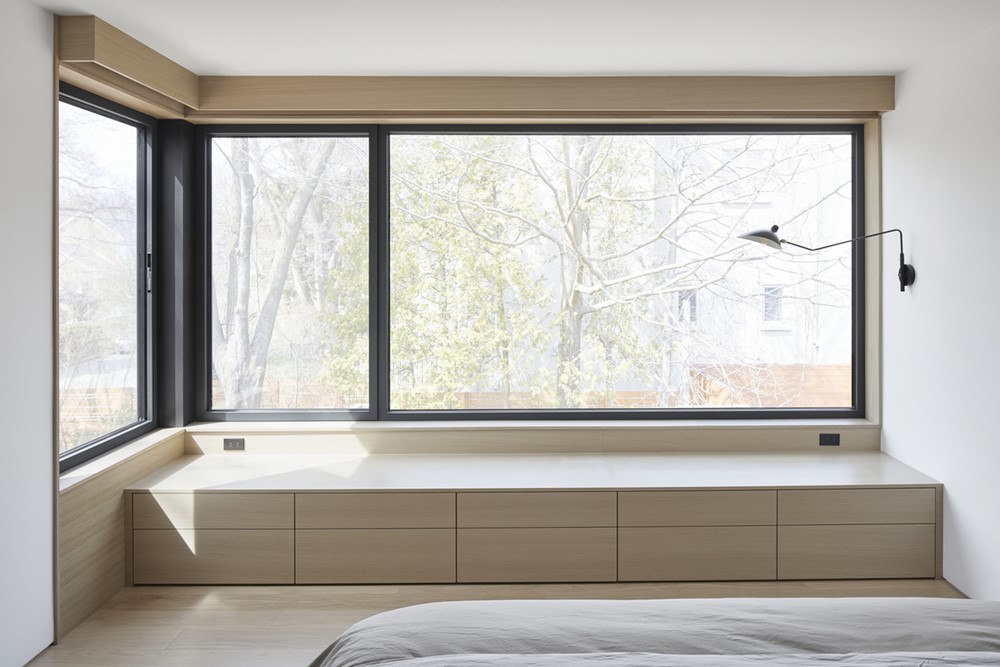 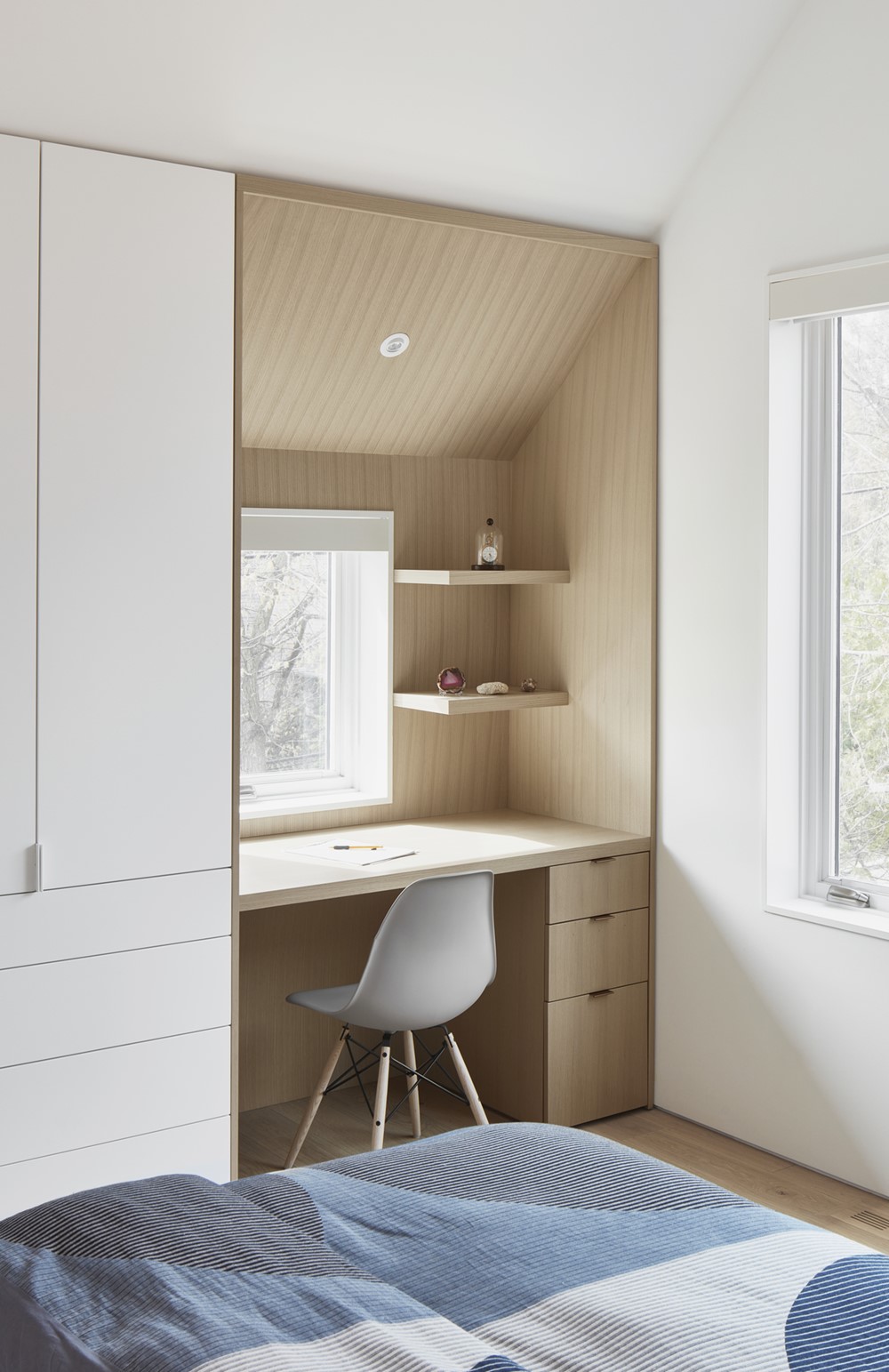 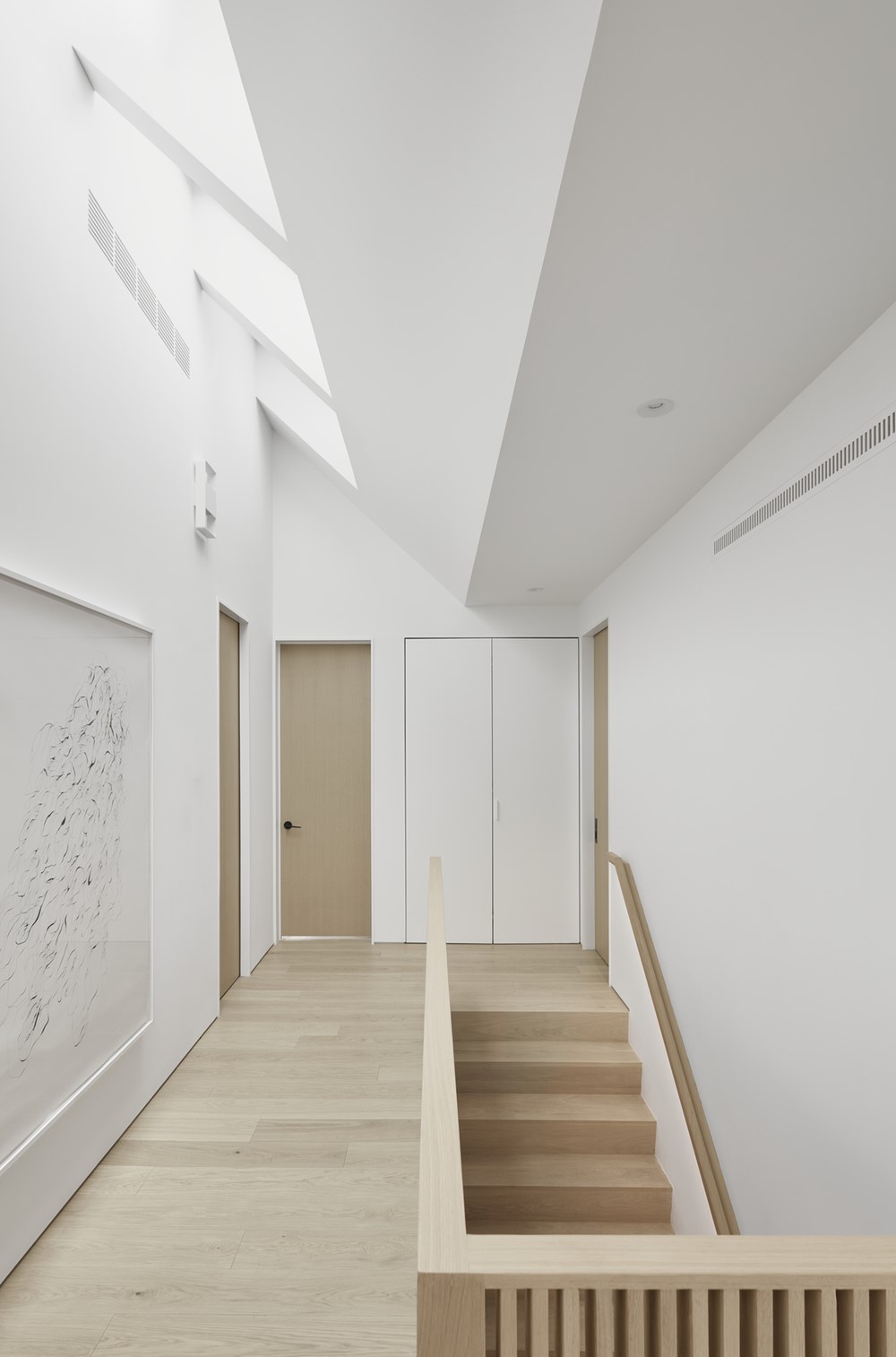 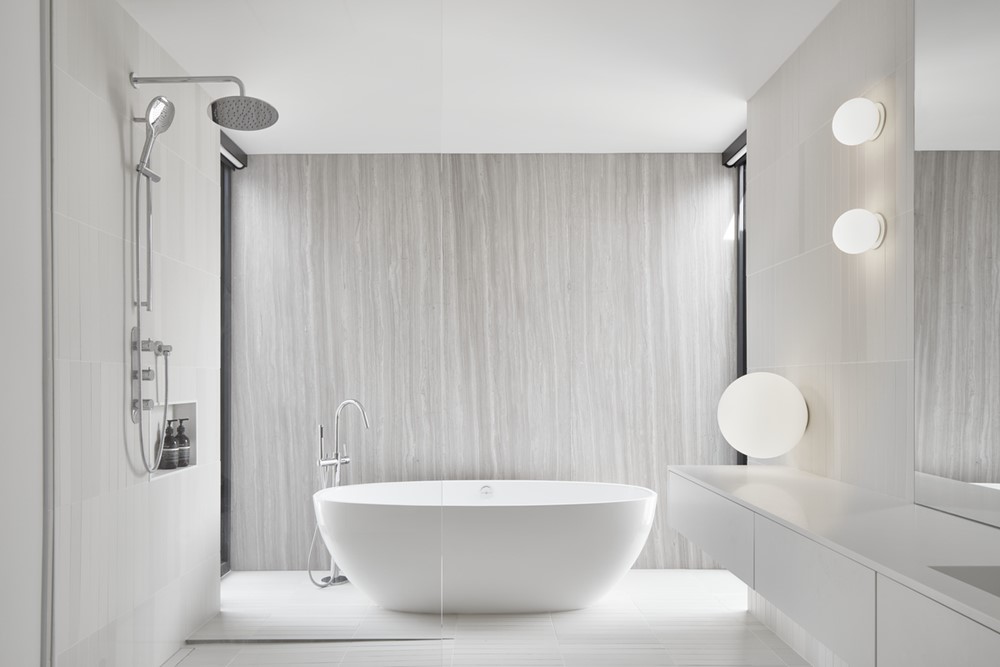 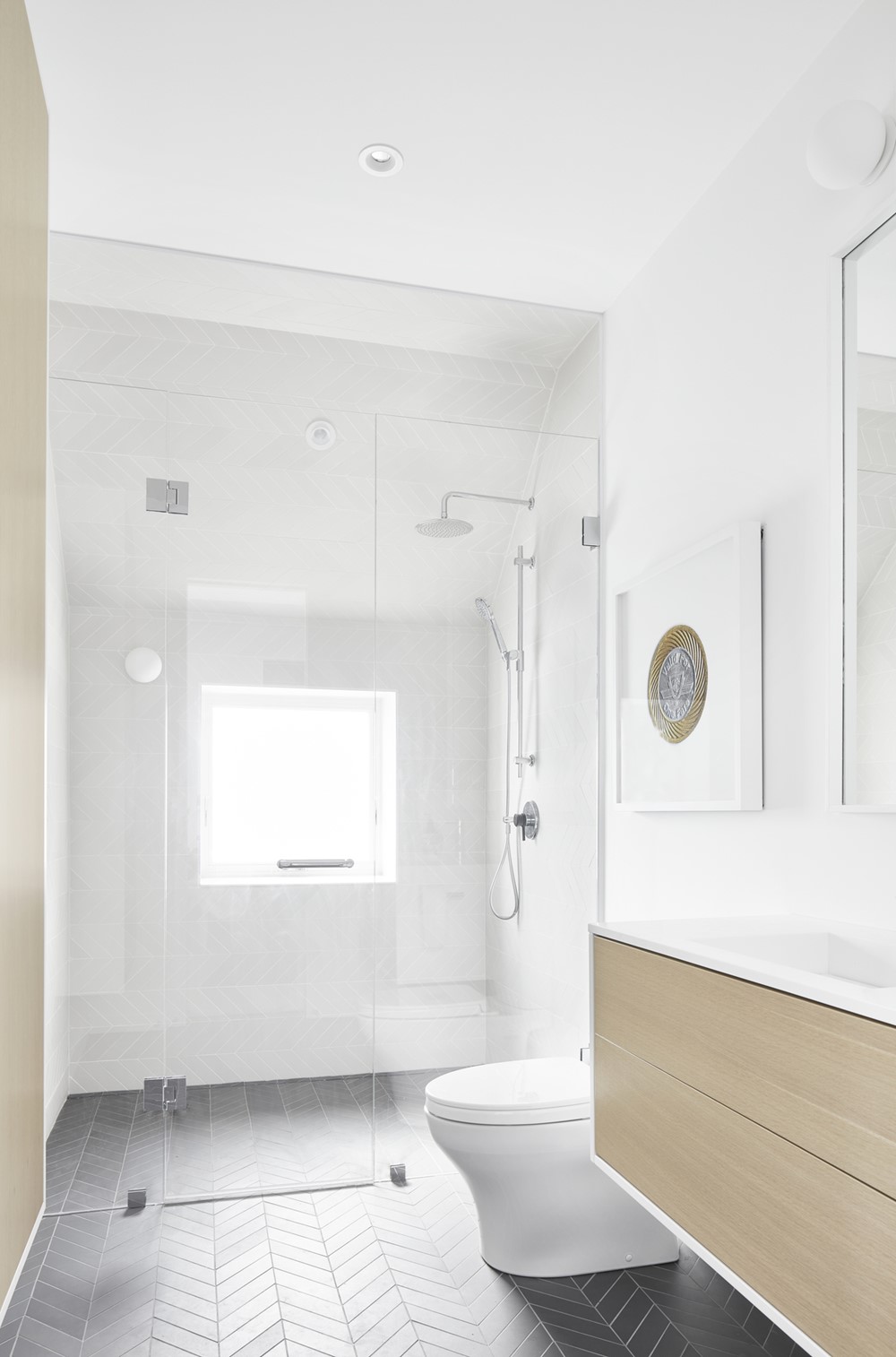 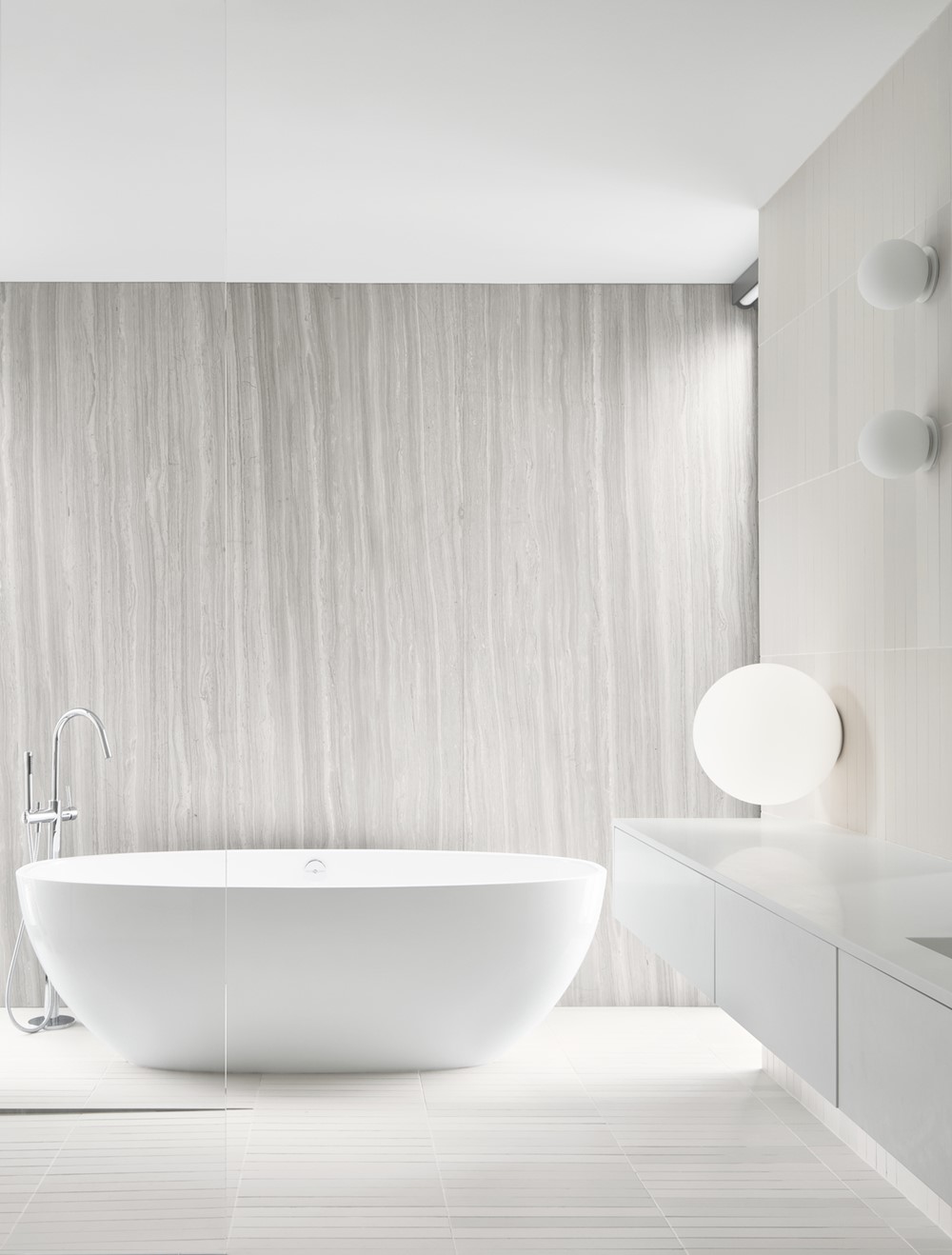 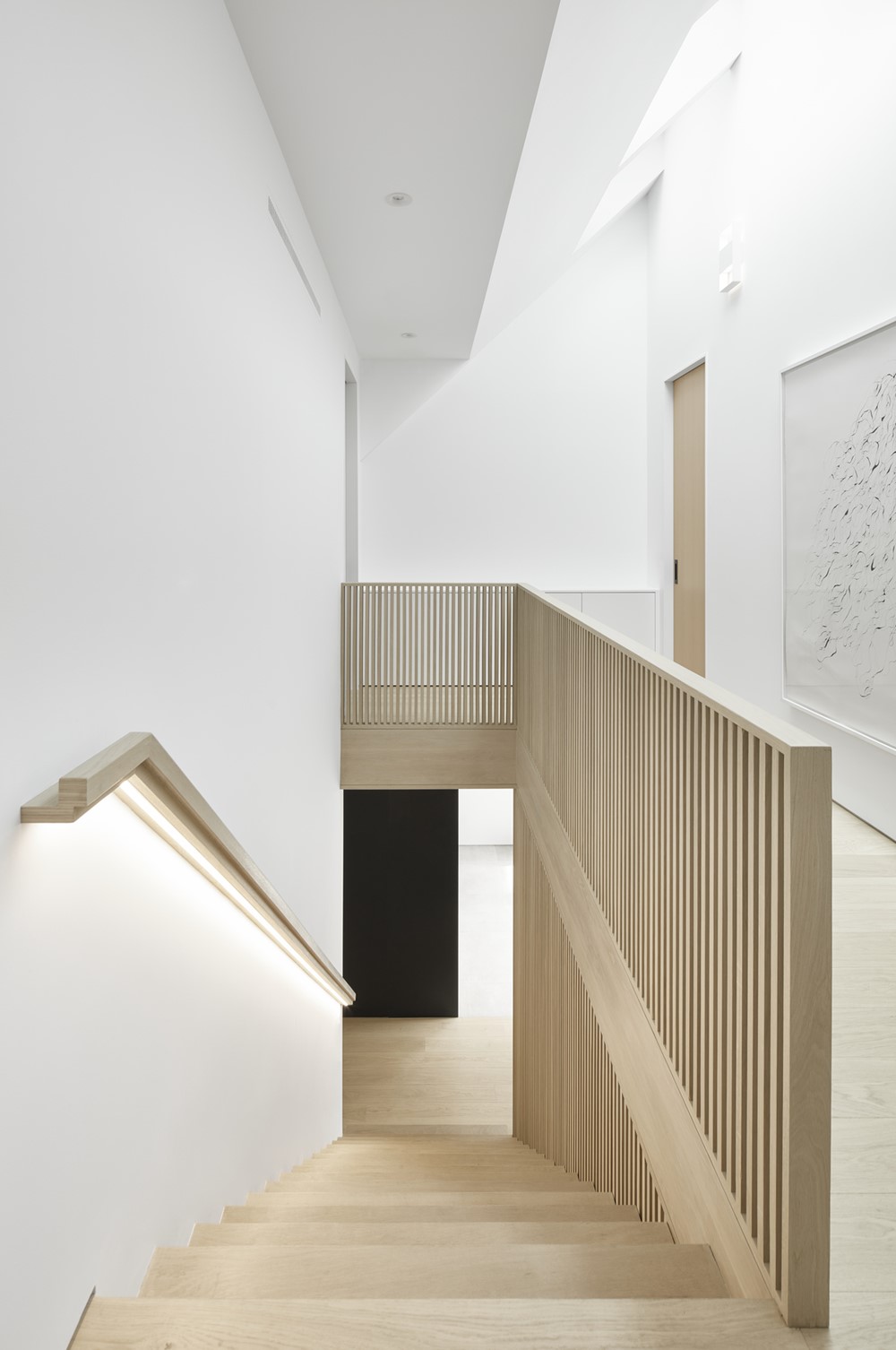 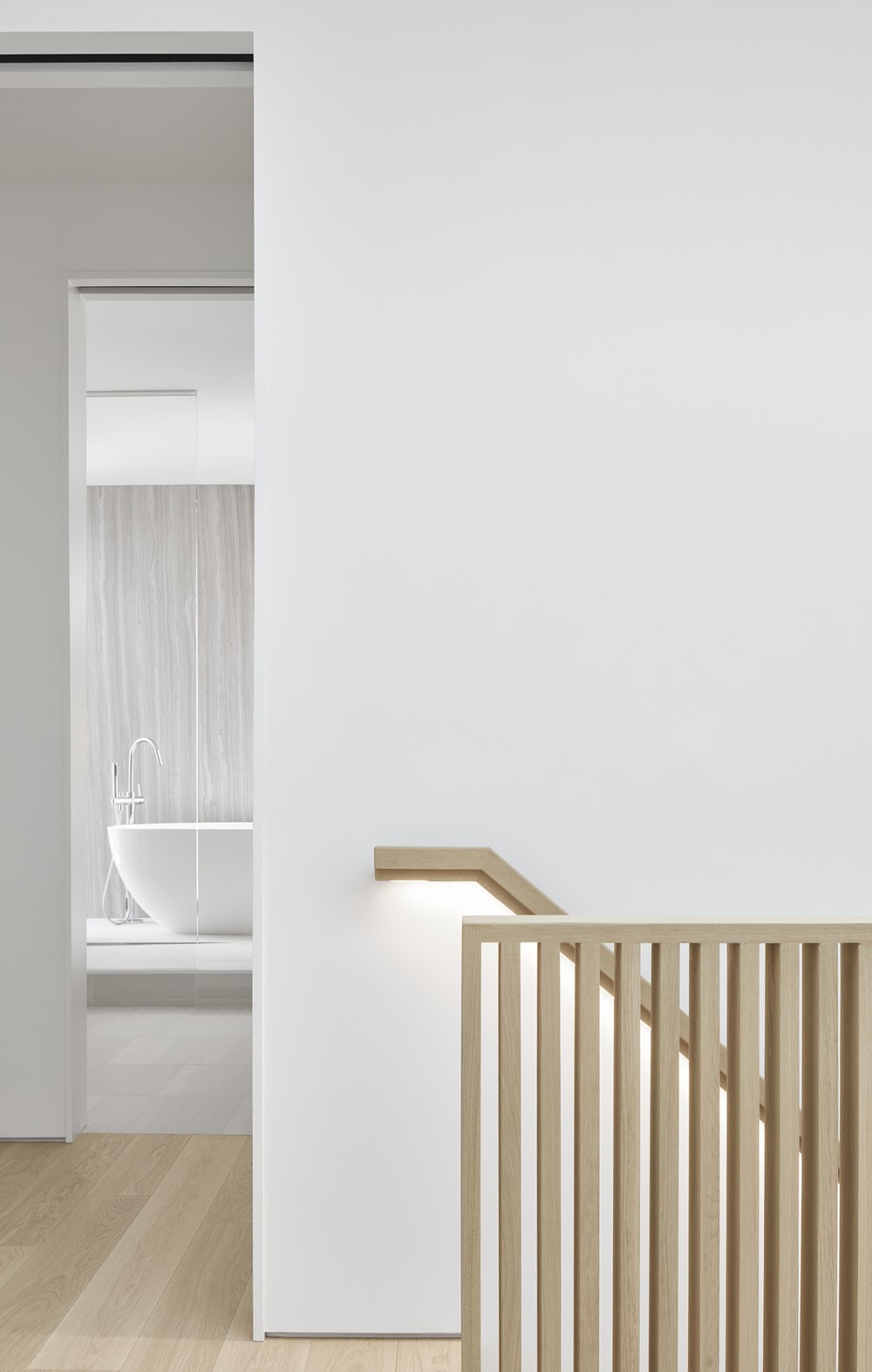 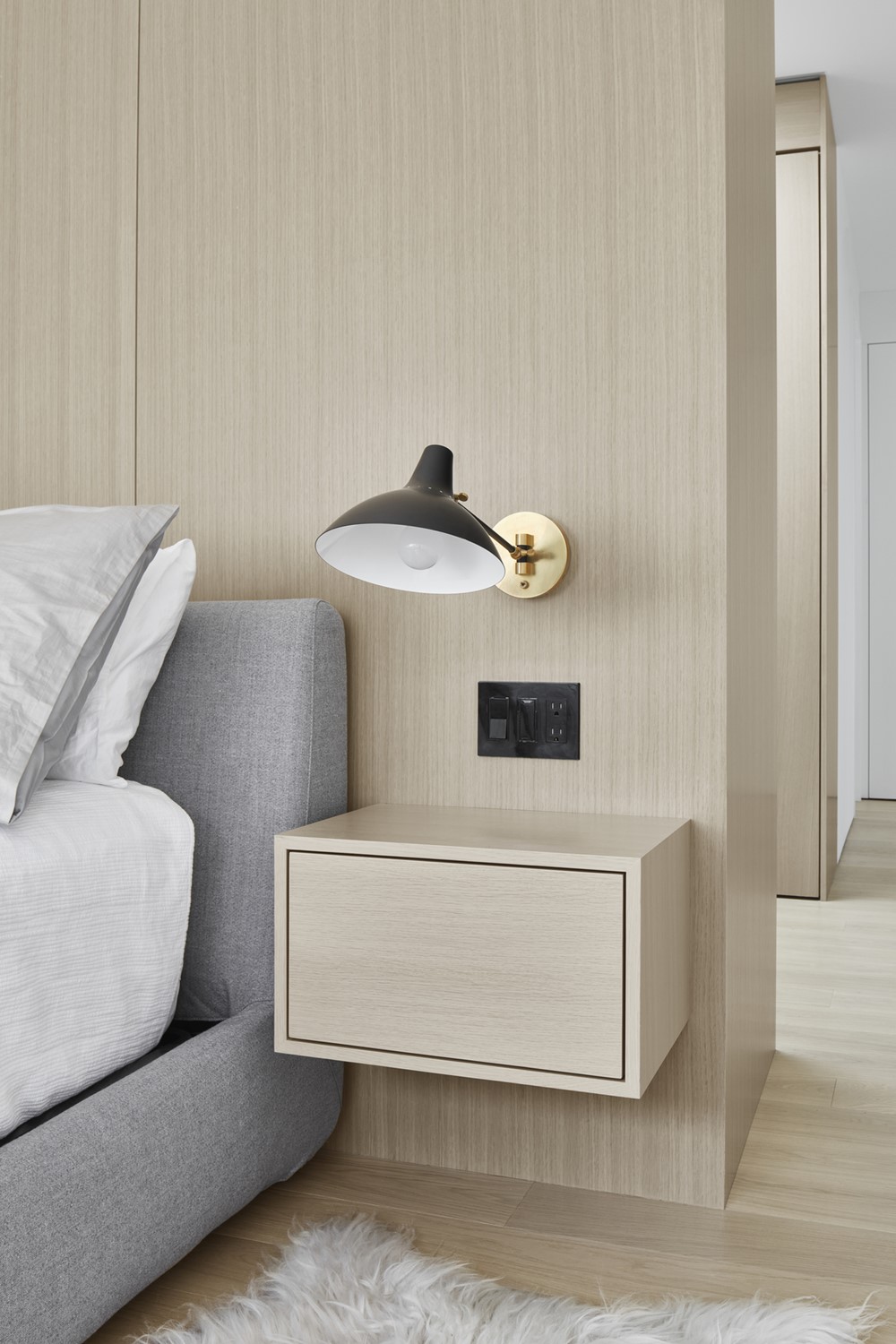 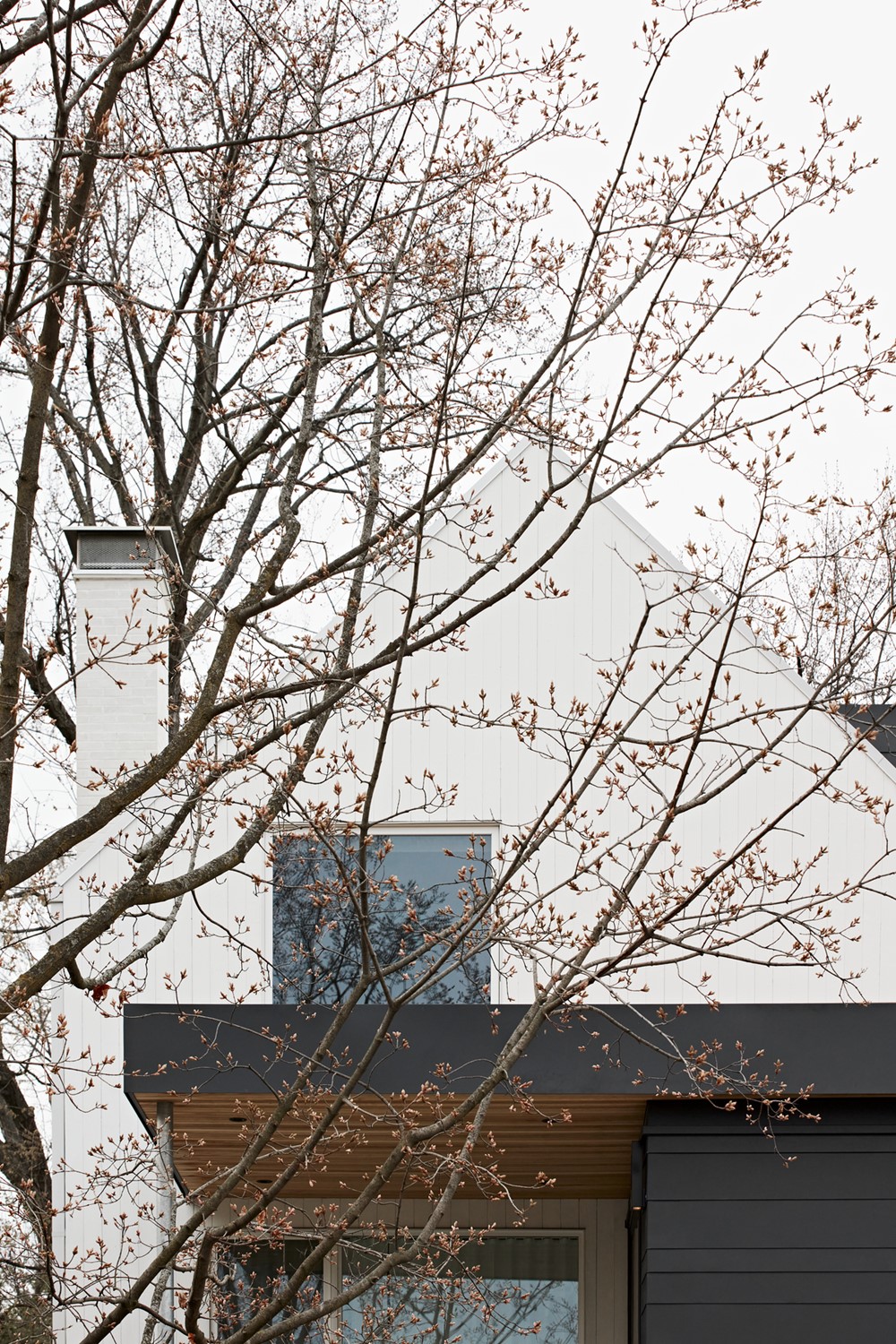 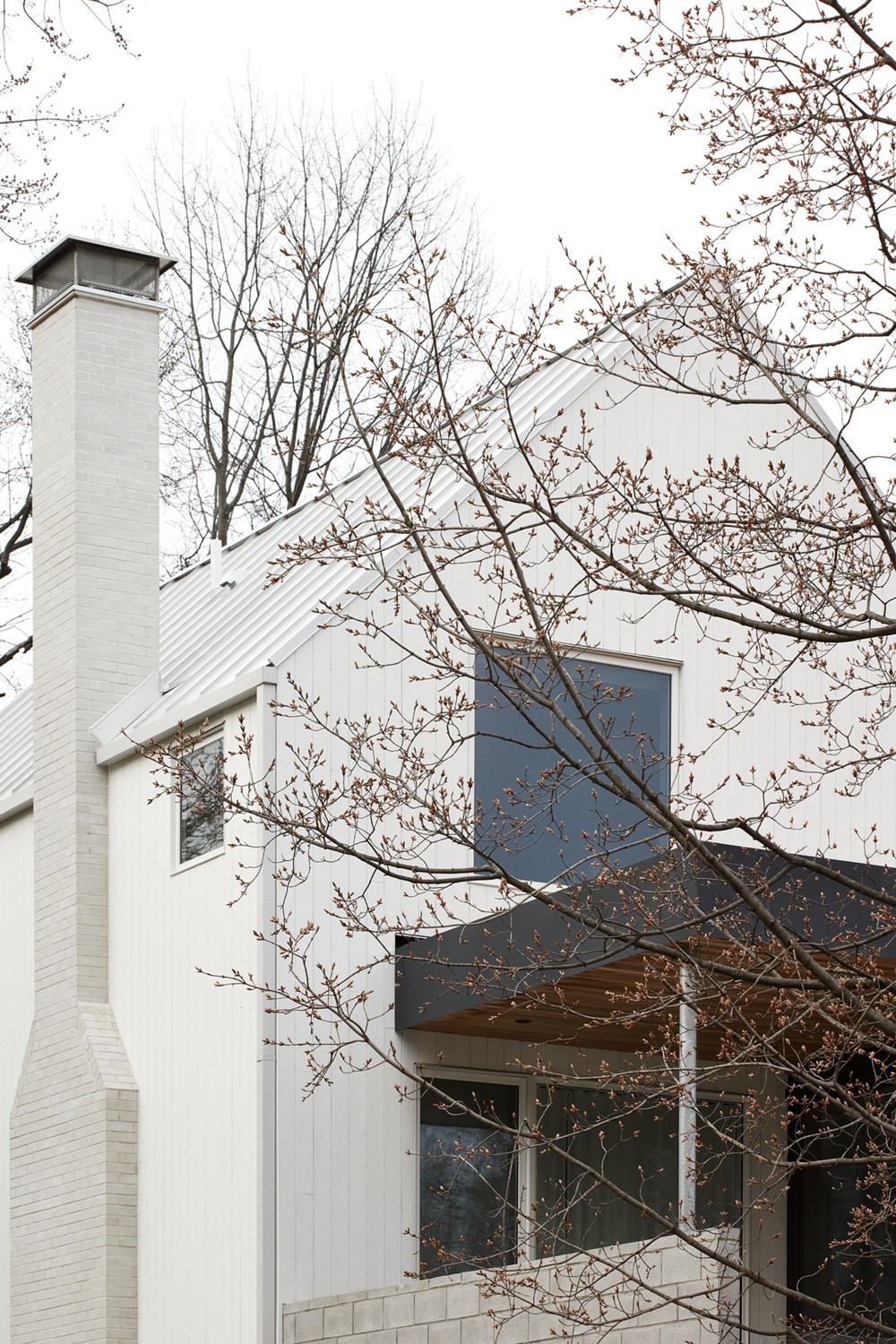 Situated in Toronto’s Bennington Heights neighbourhood, the property is adjacent to the scenic Beltline Trail and creek, where trains used to once travel in the late 1800’s. The existing farmhouse was a 2-storey, balloon framed structure clad in white ship lap siding. The Owners wanted to renovate and expand the house but it was in too poor a condition to be maintained so the decision was made to take it down and build new, keeping the same footprint and honouring the history of the site. The new design maintained the white gable roof, but modernized the detailing: eliminating overhangs, and adding oversized windows and contrasting black metal ‘additions’ to both the front and rear of the property. These black elements disappear into the background, highlighting the white gabled house, which is visible from every elevation. The new ‘farmhouse’ was clad in charred pine vertical boards which were stained white, allowing the texture and imperfections of the natural wood boards to be seen, whereas the new ‘additions’ to the footprint were treated in sleek, horizontal, standing seam metal siding.
On the interior, we also wanted to juxtapose the soaring ceilings of the gabled roof with the clean, flat ceiling finish of the ‘new’ spaces, to benefit from both modern aesthetics and traditional forms. Inside the white gabled section are the main living spaces including the dining room and living room. The kitchen, office, and family room are in the black-clad ‘additions’, connected to the other spaces with visual separation through freestanding millwork space dividers. The work-from-home- office is located at the front south-corner of the house, separated from the kitchen and living rooms through a four-sided central cube which conceals closets, desk and powder room; the stair and drinks station is situated to allow for a sneak-peak of the kitchen.
Ascending the staircase to the second floor you are flooded with natural light from a row of four skylights in the hallway. The light bounces off the white pitched ceilings and walls creating a bright and airy atmosphere. From the hall are pocket doors leading to the bedrooms and bathrooms. The principal bedroom hovers over a rear deck at the back of the house and features a window seat stretching the width of the room to capture the views of the garden and trees. The principal ensuite mimics the cantilever of the bedroom with a pop-out bay window containing the tub, and floor to ceiling windows at each end.
The material palette was an important tool used to evoke the farmhouse feeling. Natural oak flooring, and matching oak millwork, were used throughout to add warmth and texture, as some elements were flat and others, slatted. Natural grey quartz was also used in both flat sheets as well as ribbed to continue the subtle play of light across its surfaces. Contrast was also introduced in the interior through black-stained oak millwork.