Fin Whale Way House is a project designed by SALT Architects. 5 Fin Whale Way is located in a tranquil coastal village called Kommetjie about 40km south of Cape Town, South Africa. It is halfway down the mountainous Cape Peninsula that juts out into the Atlantic Ocean at the south-western extremity of the African continent. The coastal towns around has an architectural heritage that stems from a combination of Cape Cottage architecture – a domestic form derived from the European medieval “longhouse” tradition, and Victorian architecture – adopted according to the climate and materials available at the time the settlers started arriving from Europe. Photography by Lindsay Rae Michael. 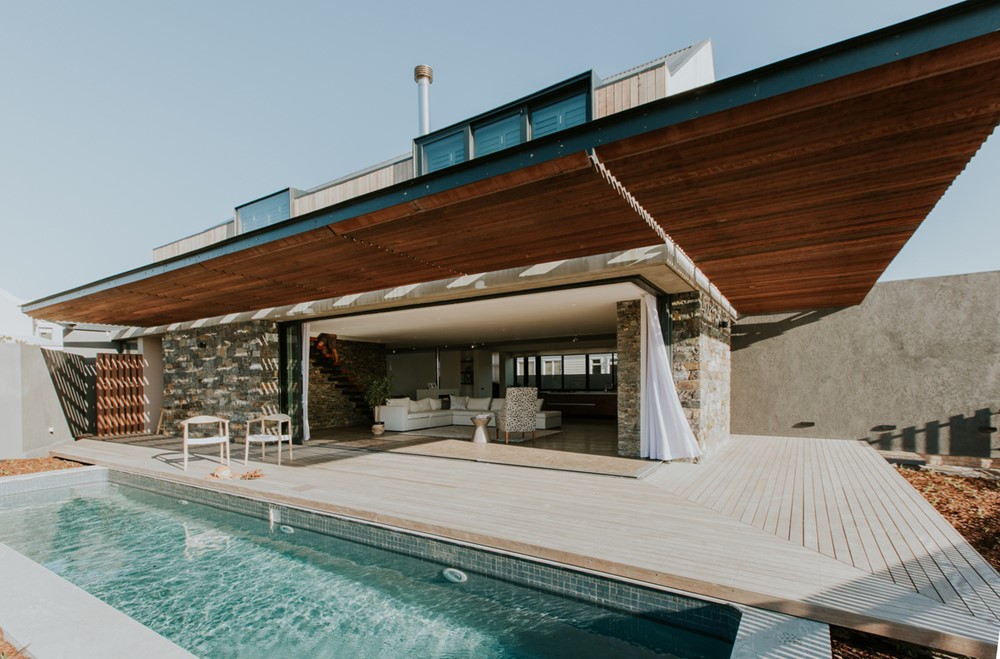