RNS1 is a project designed by WE Architects. The property seems to be located in Oslo, but it’s actually in the vibrant heart of Tel Aviv. It was built in 1937, as part of Tel Aviv’s architectural heritage, and located 300 meters from the beach and within a walking distance from Ben Gurion BLVD. Photography by ITAY BENIT. 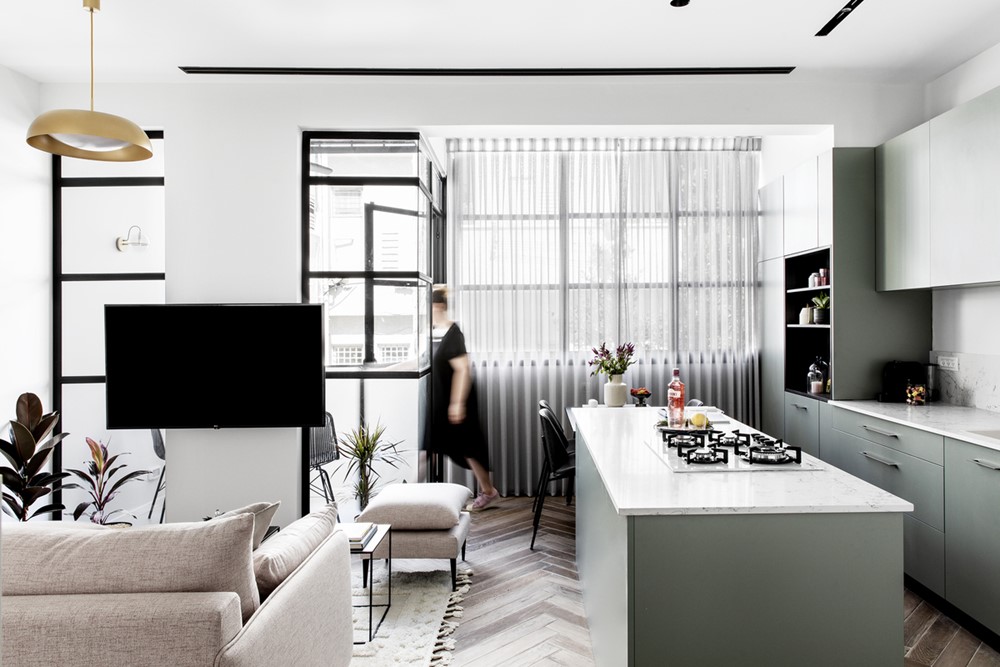 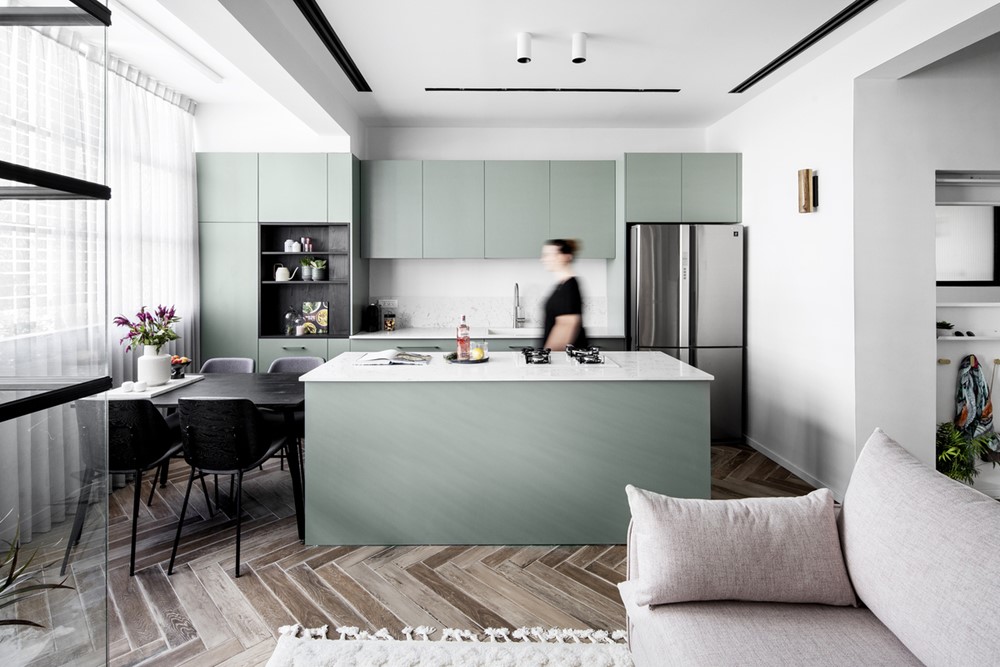 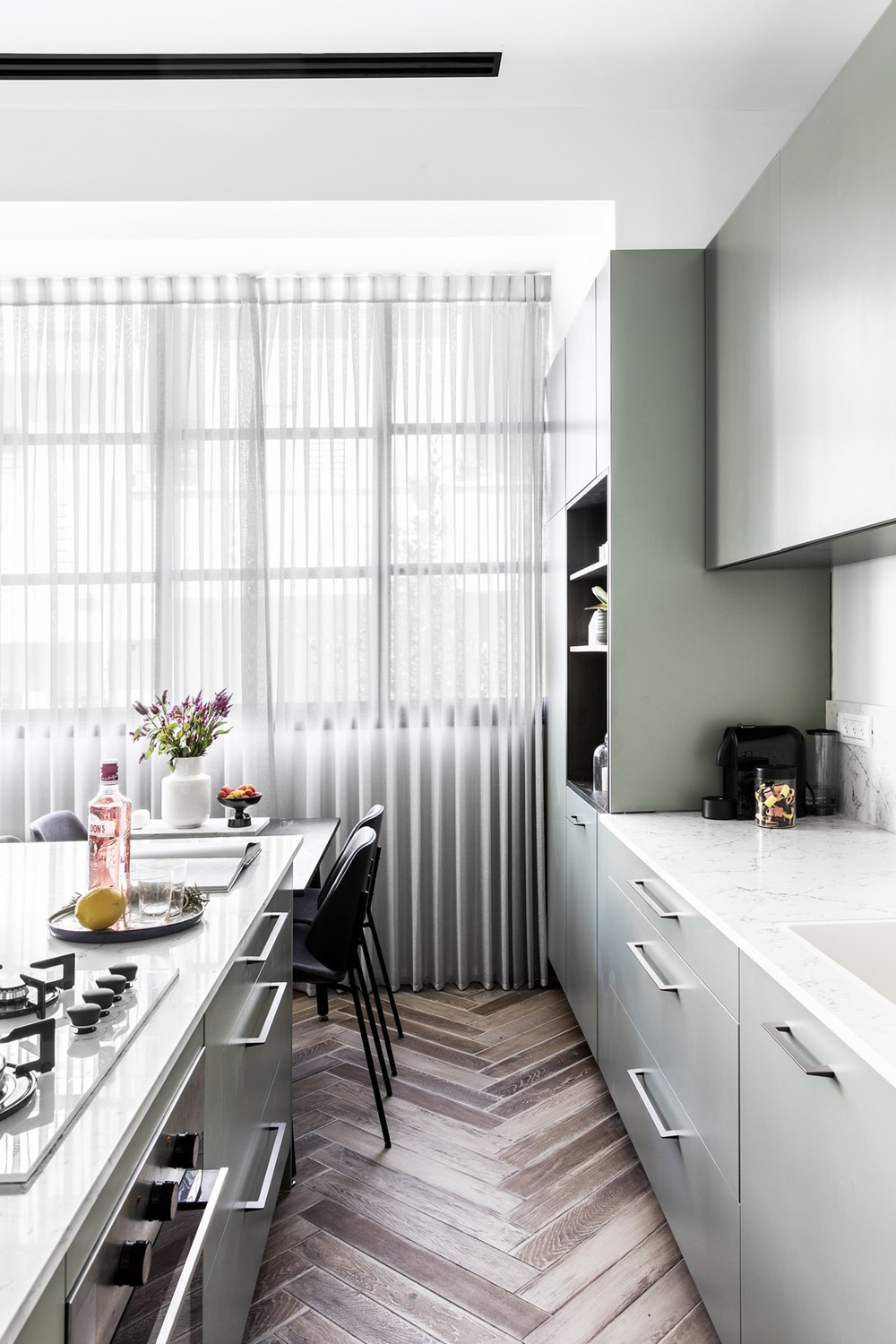 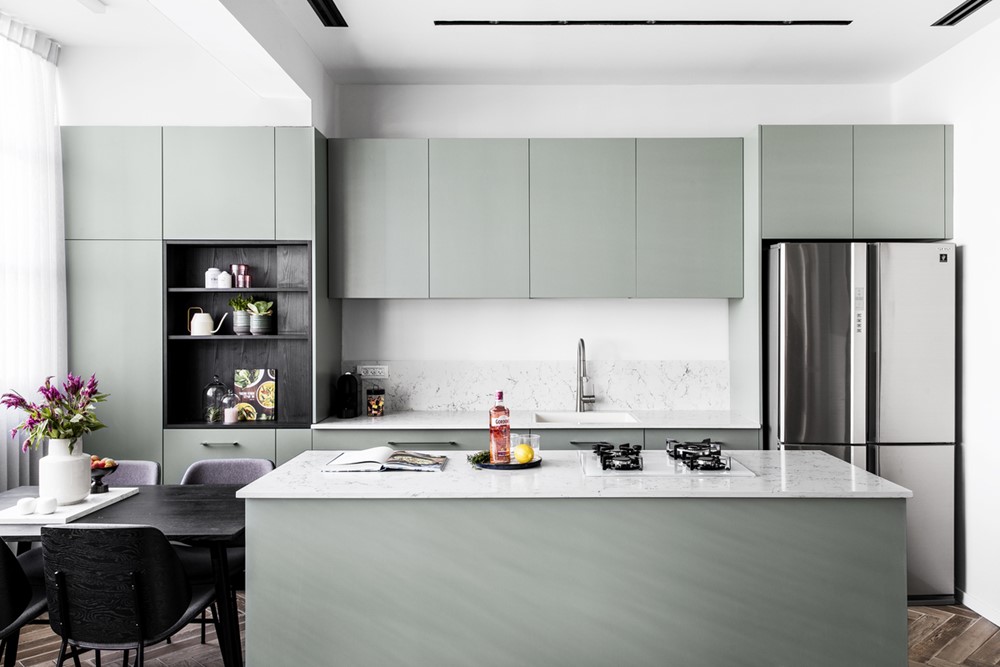 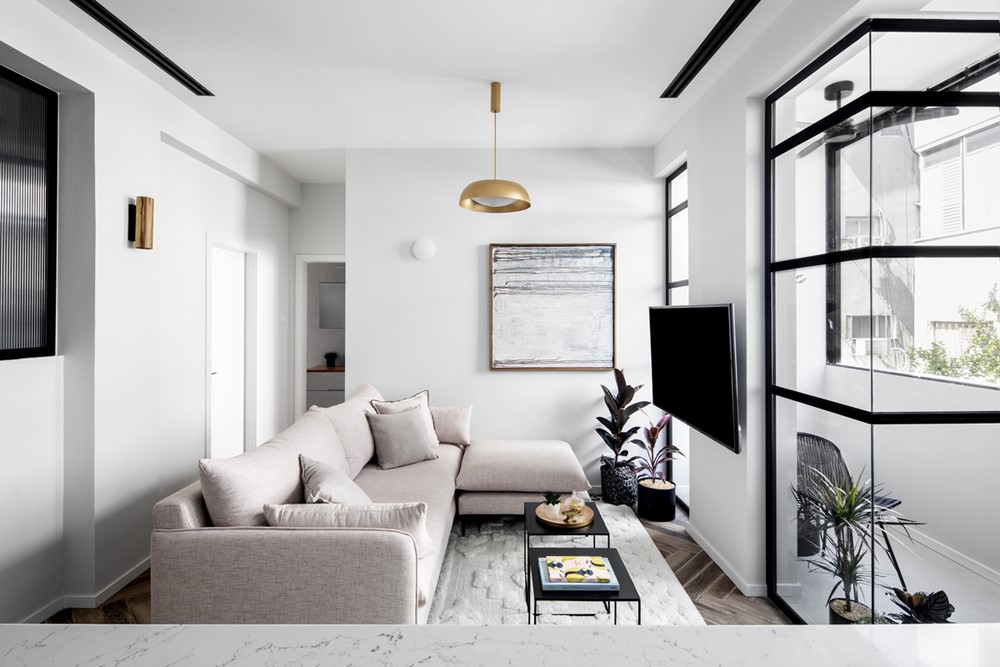 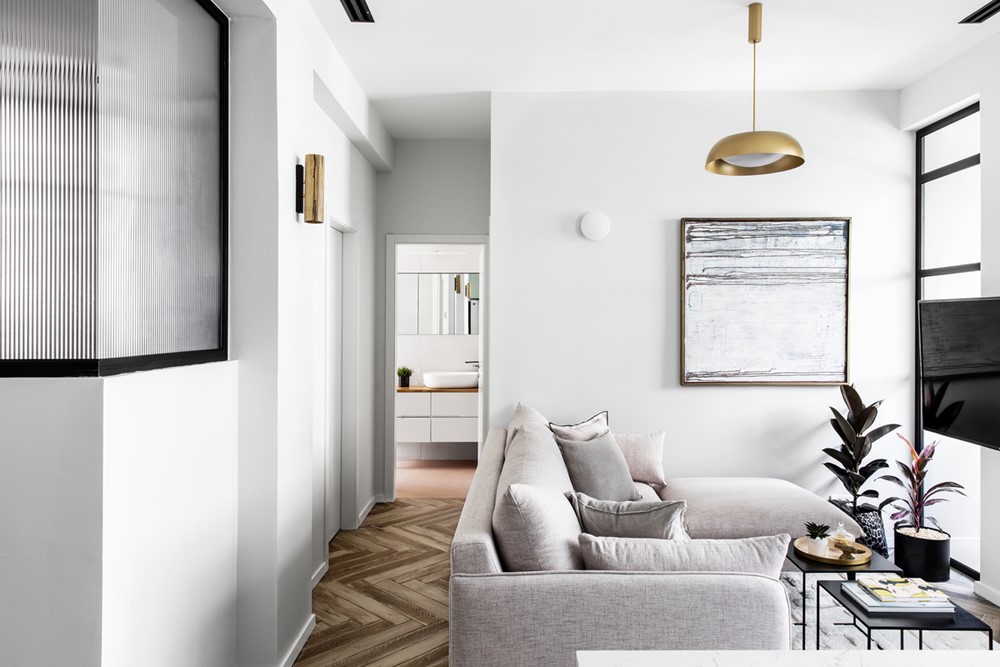 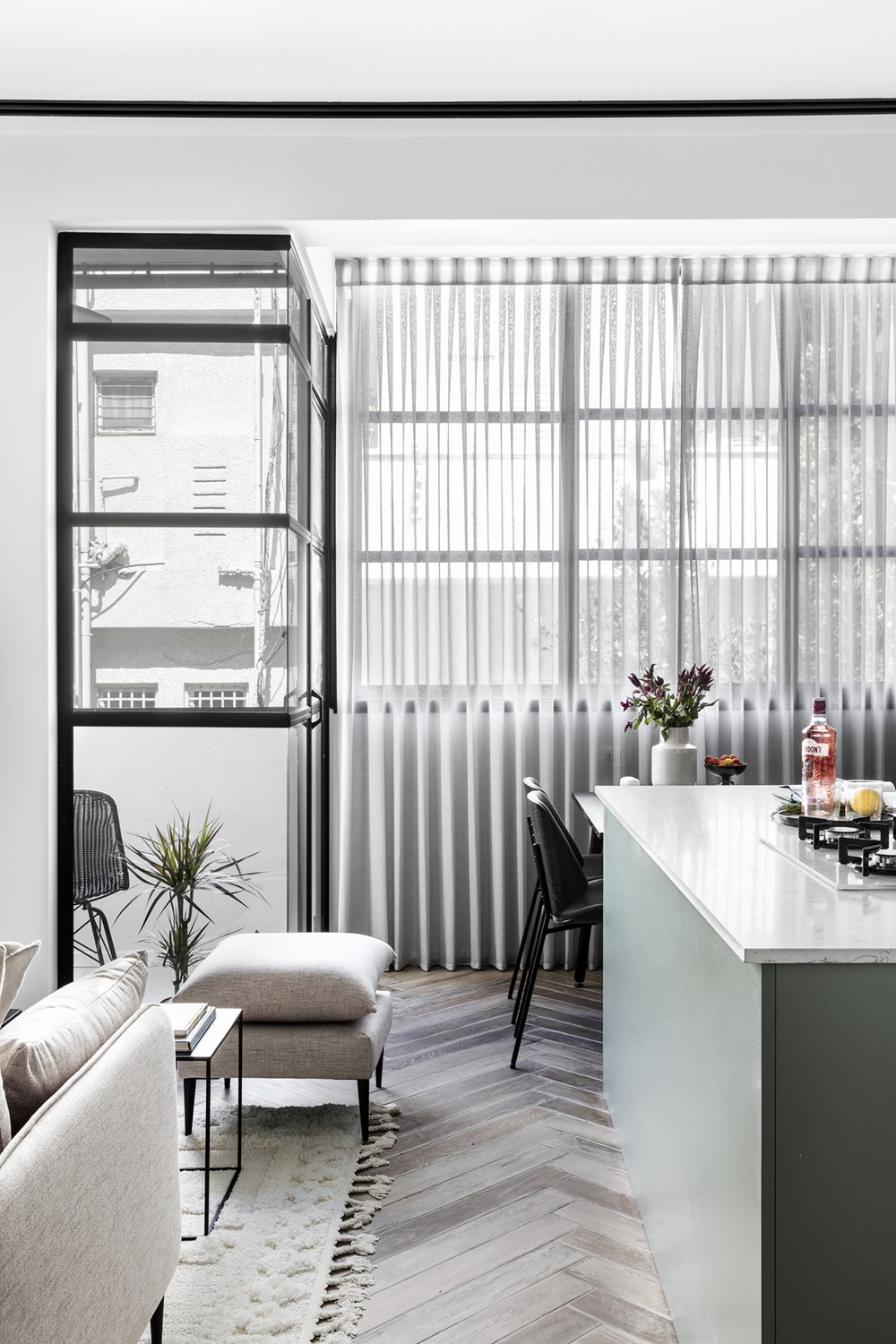 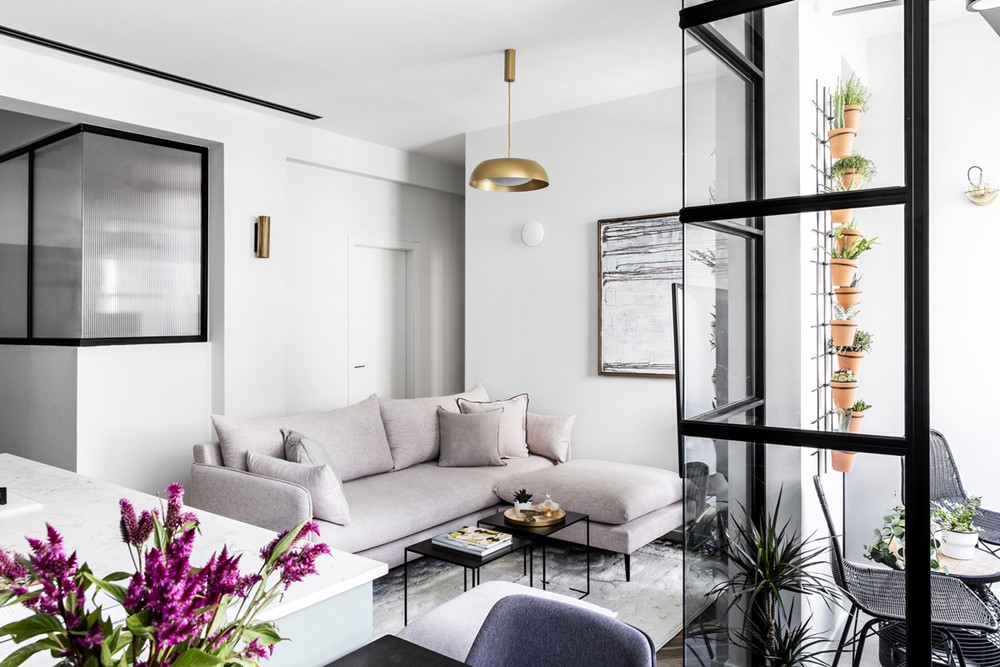 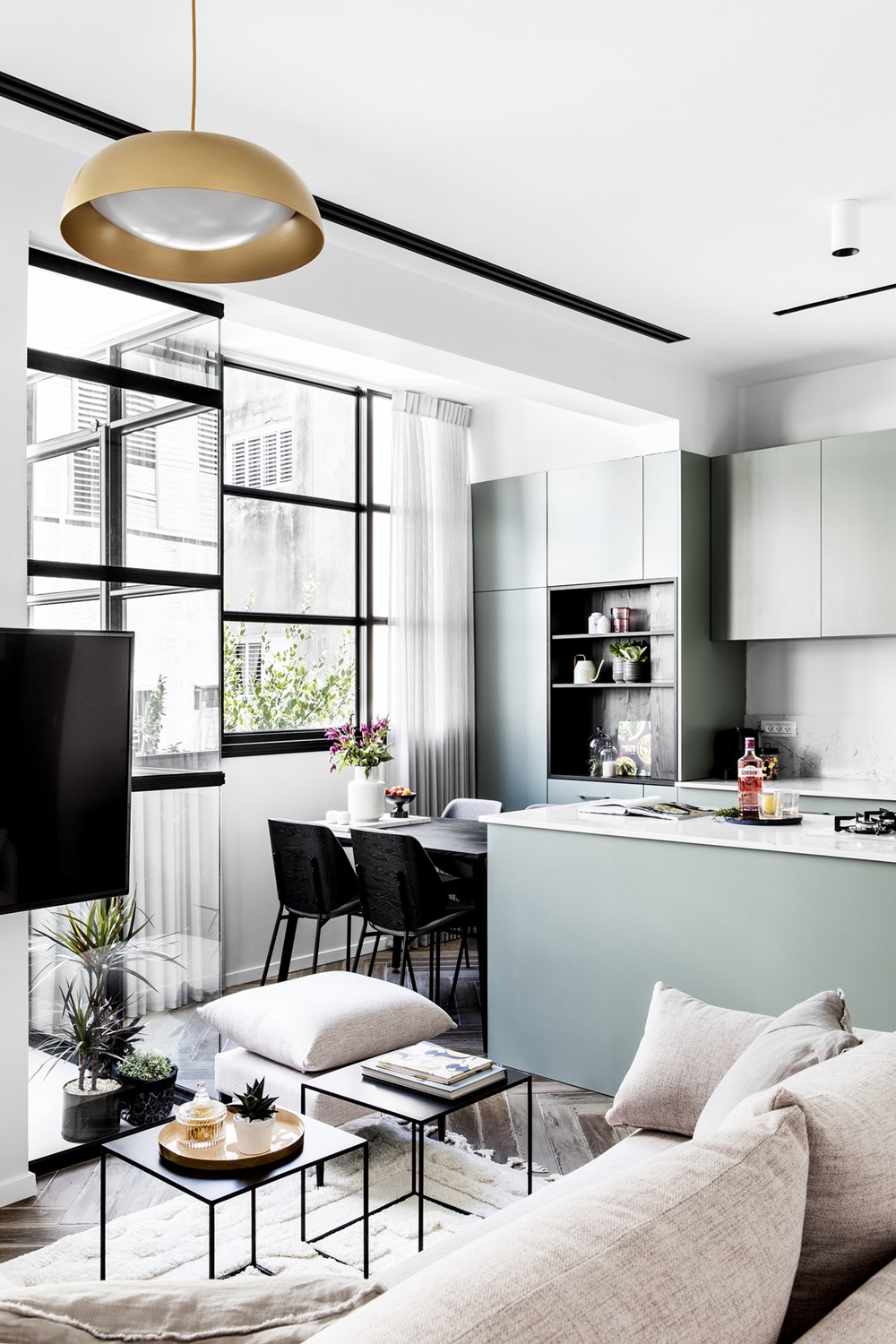 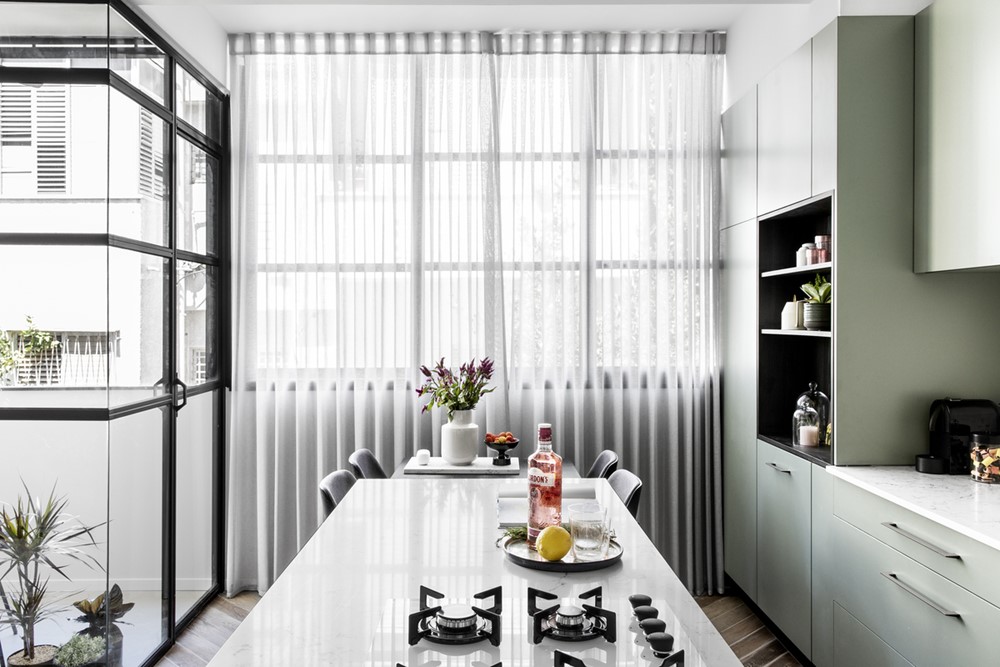 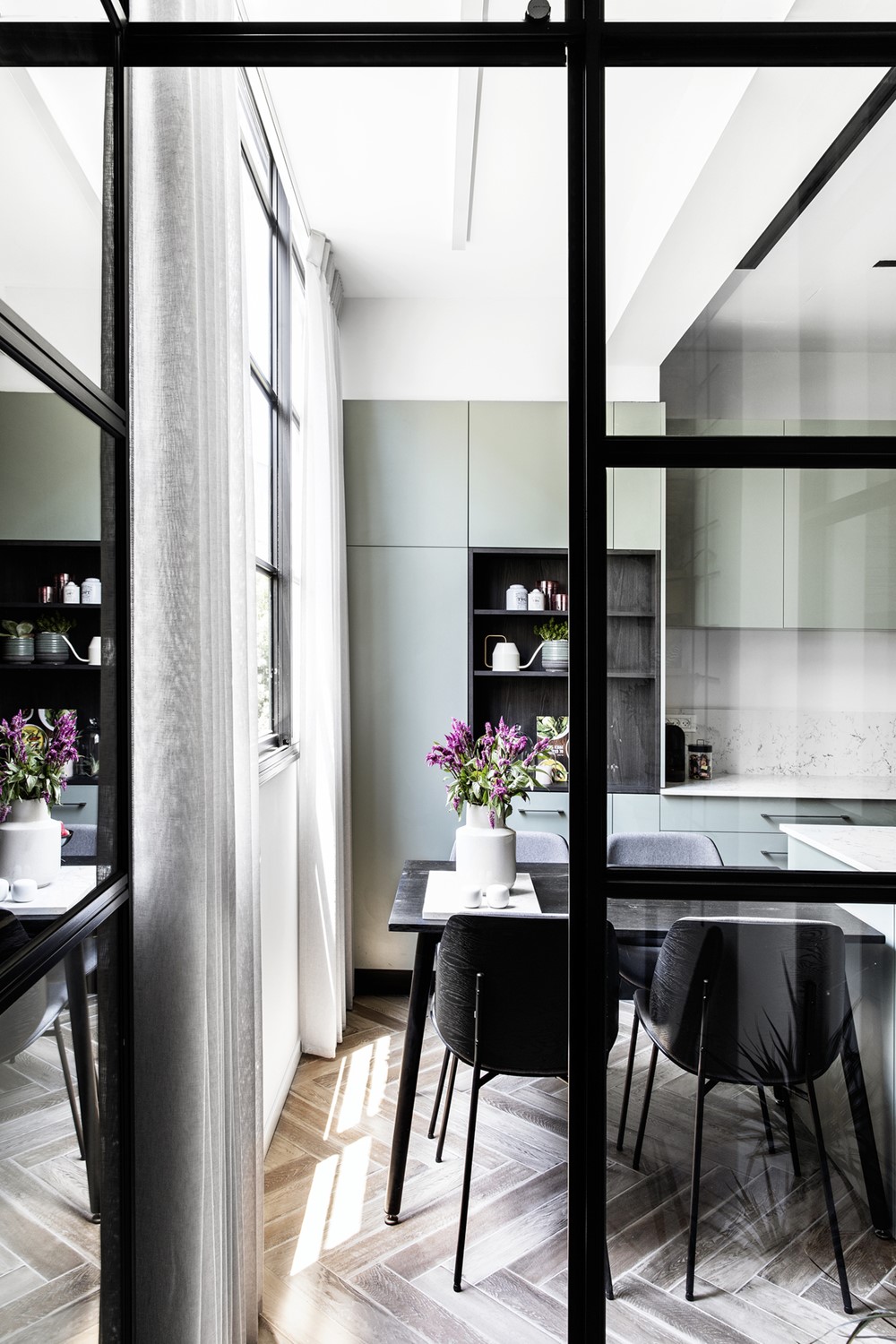 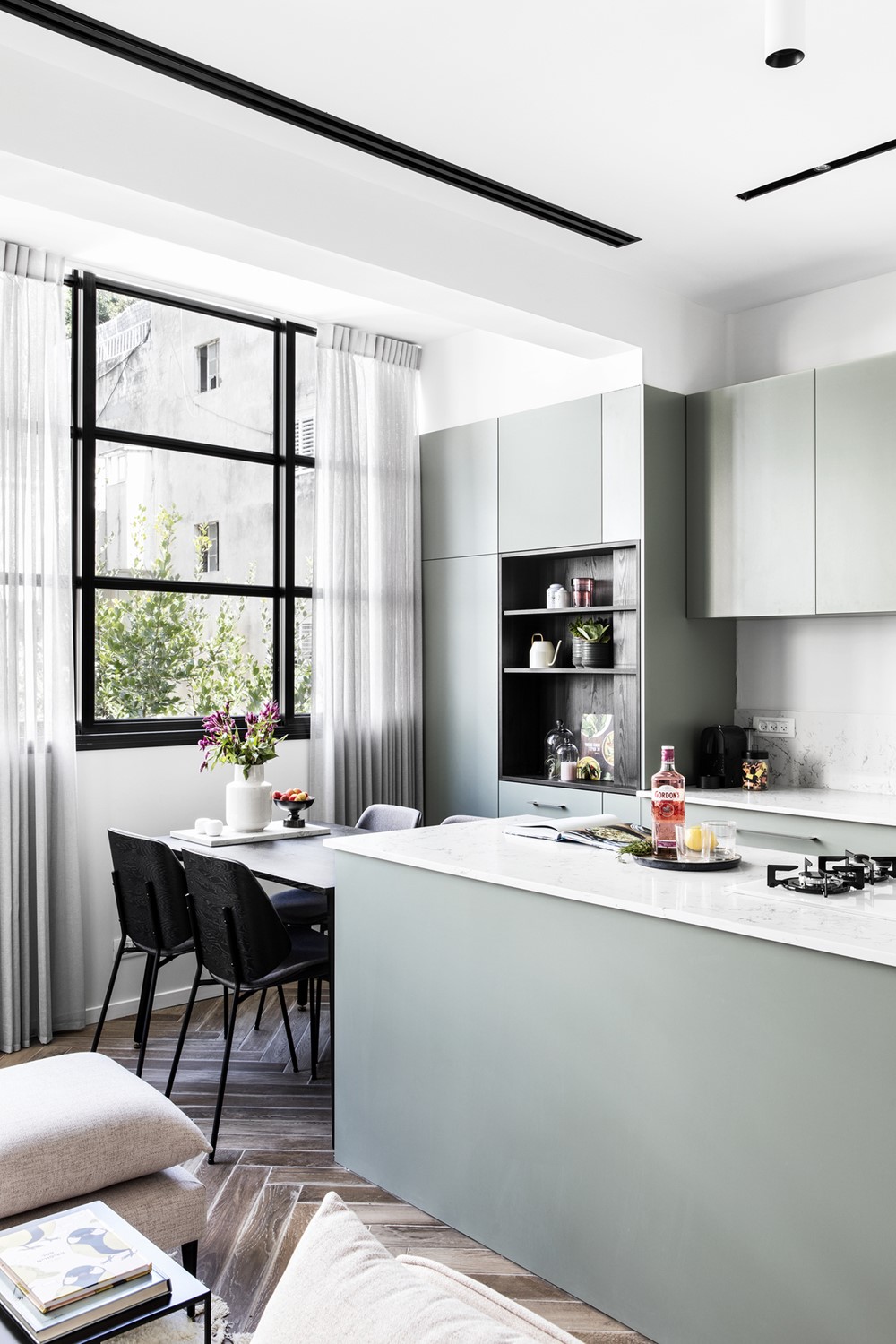 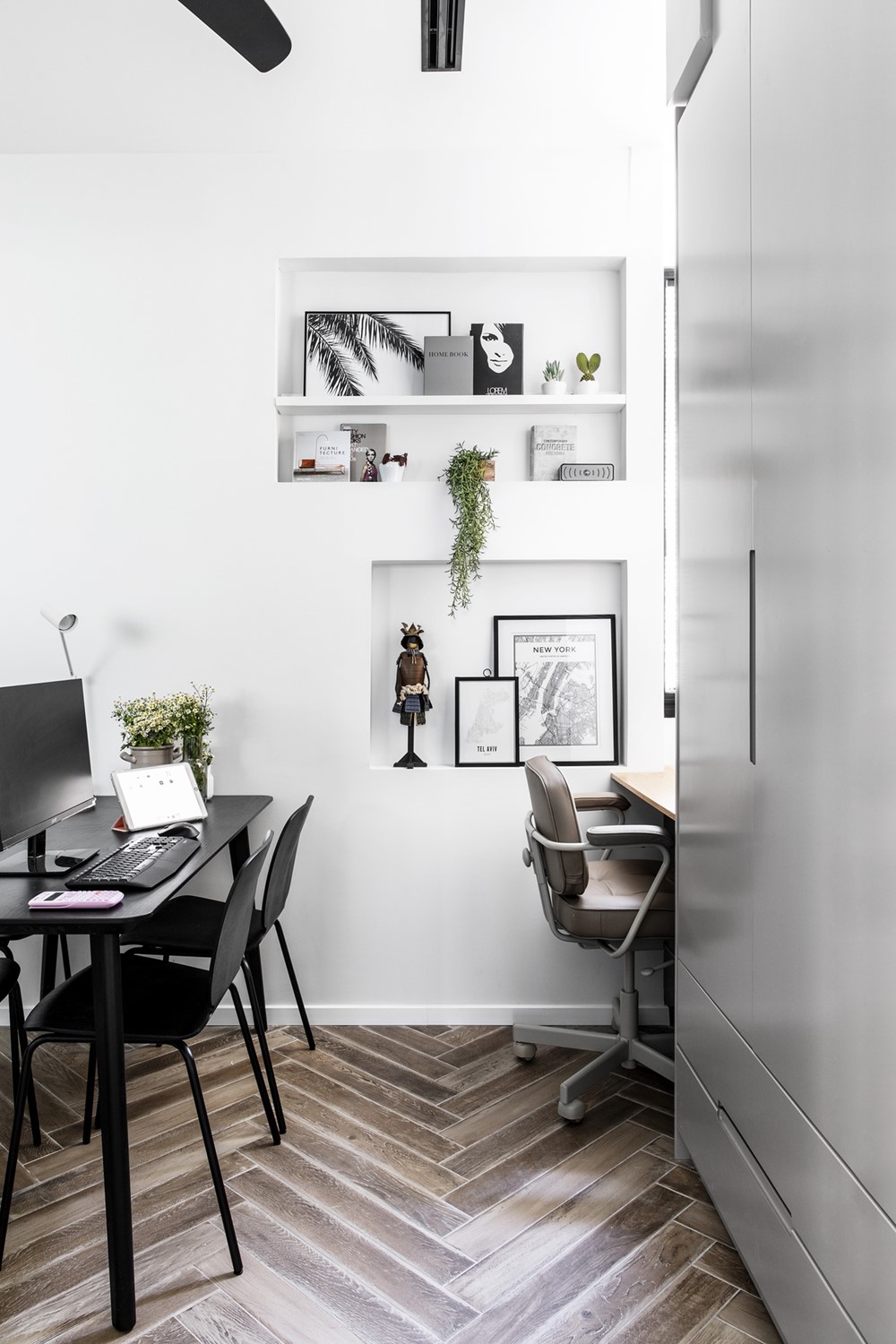 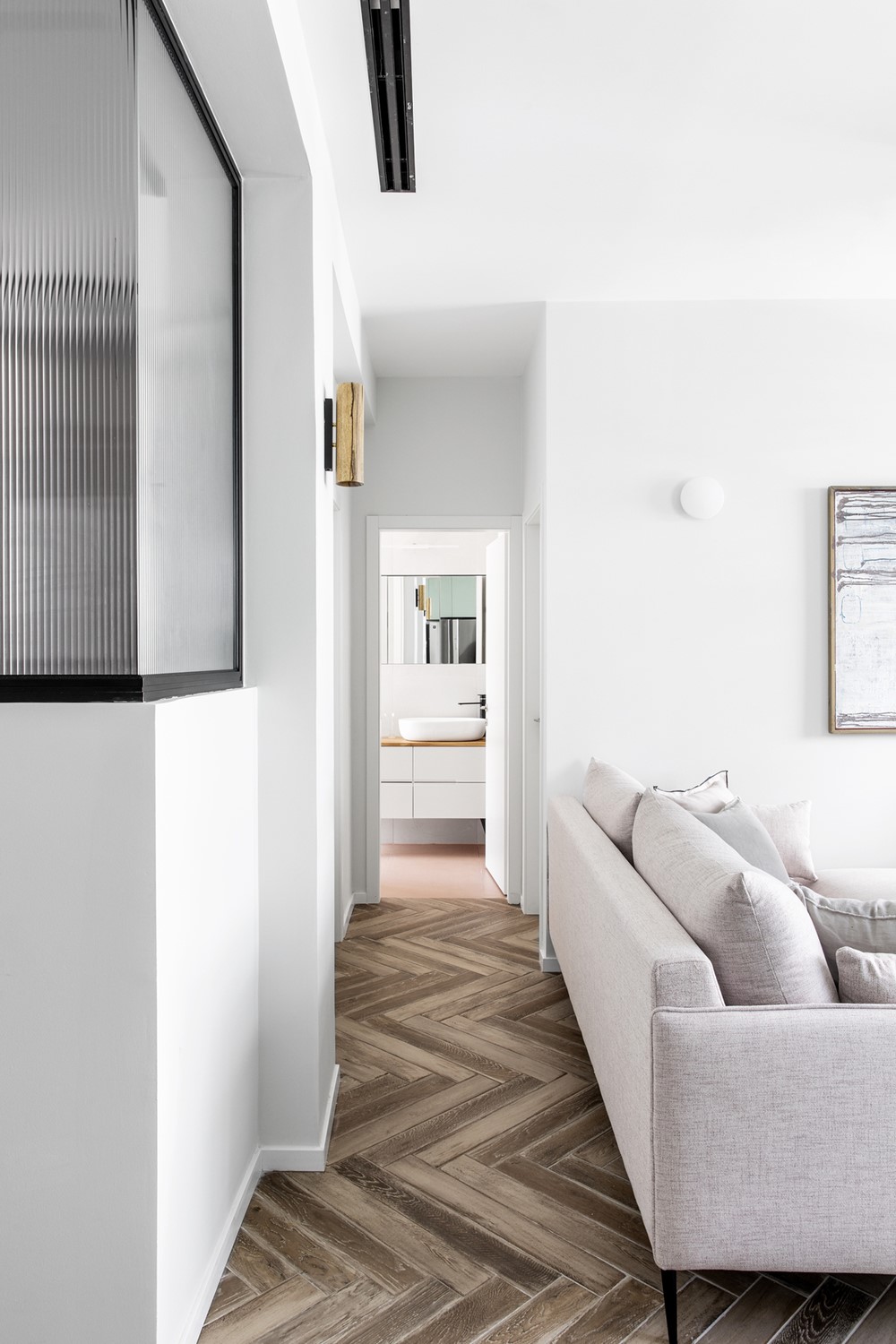 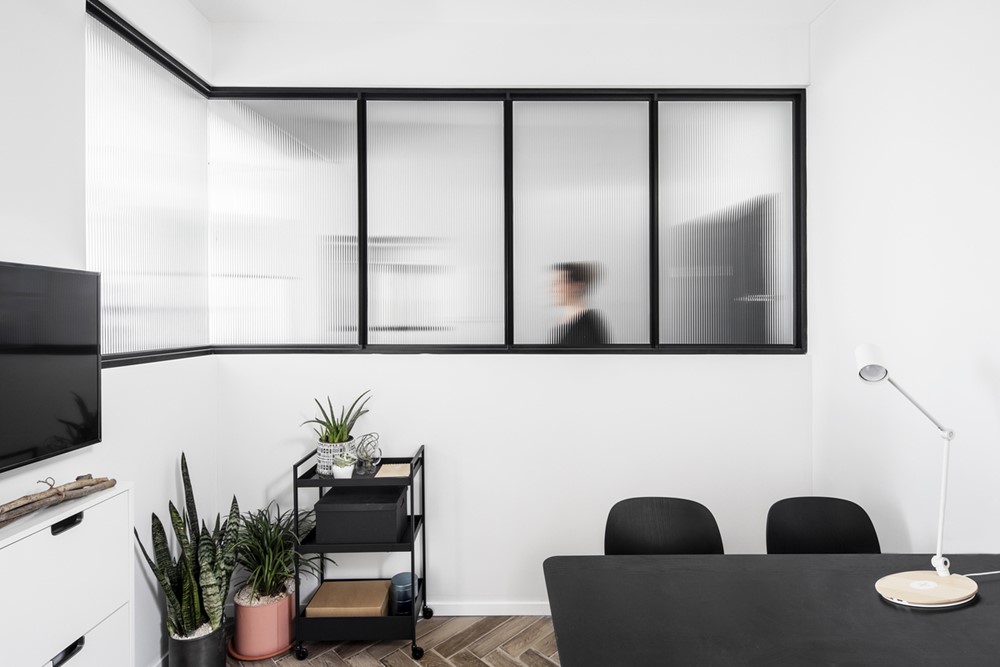 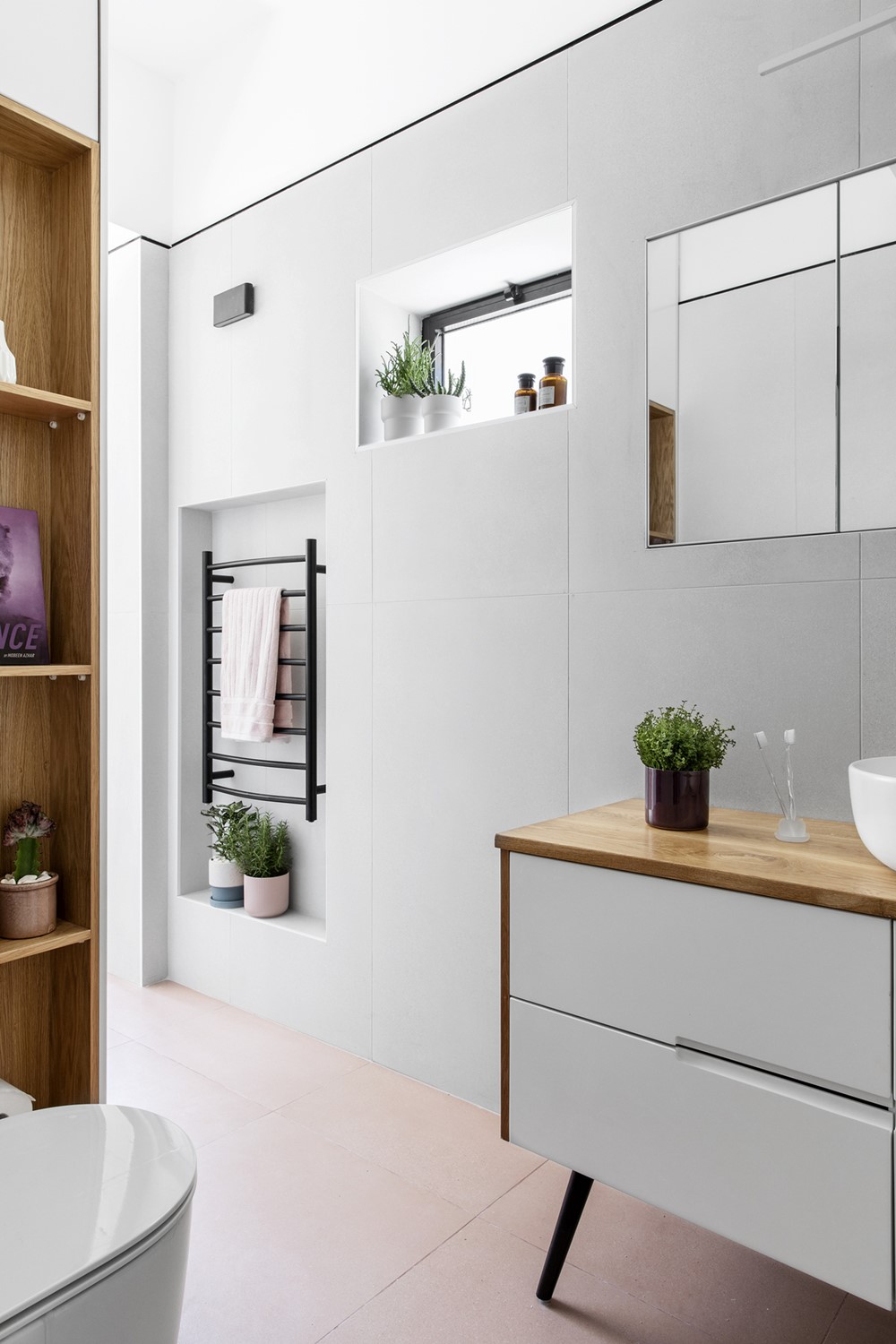 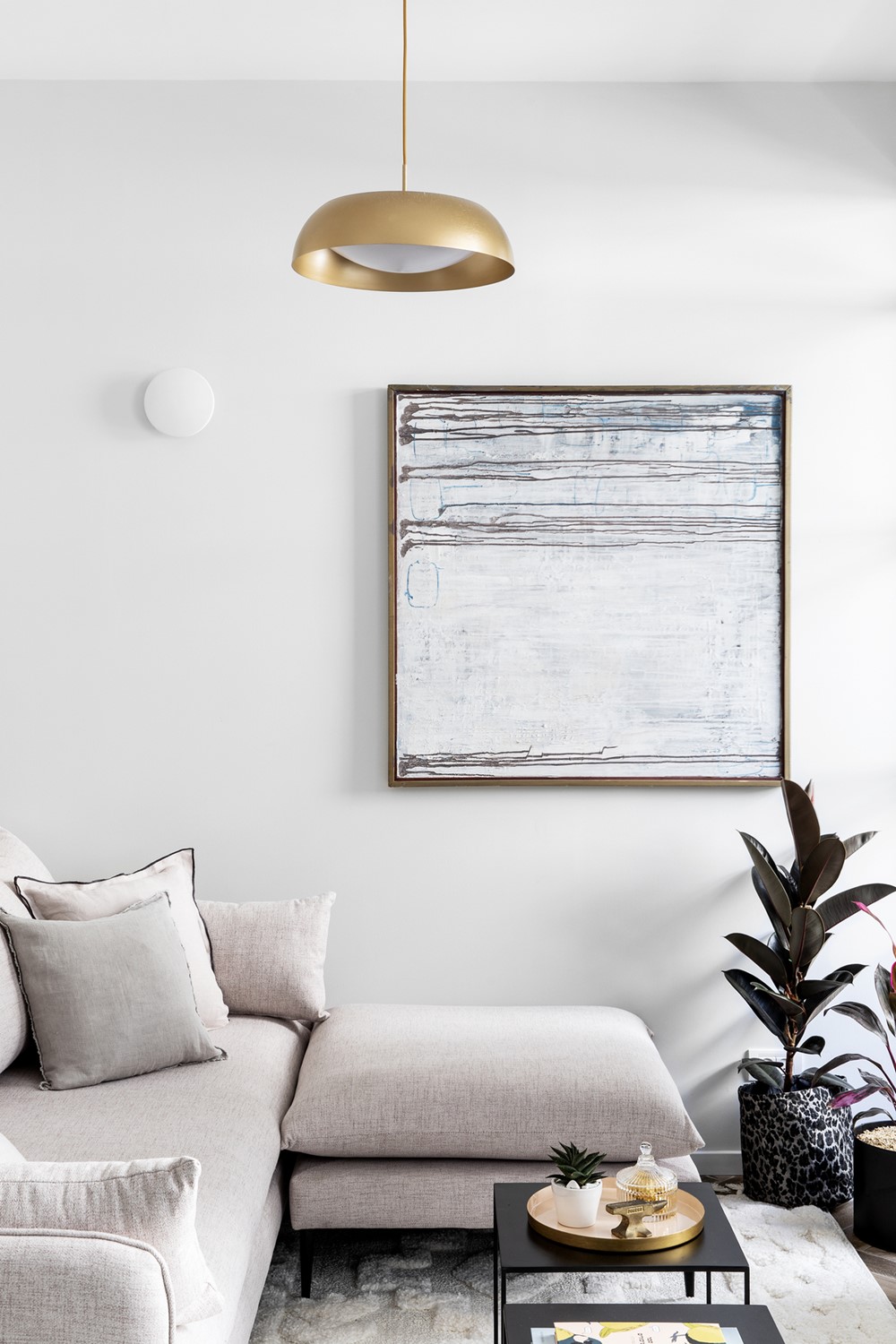 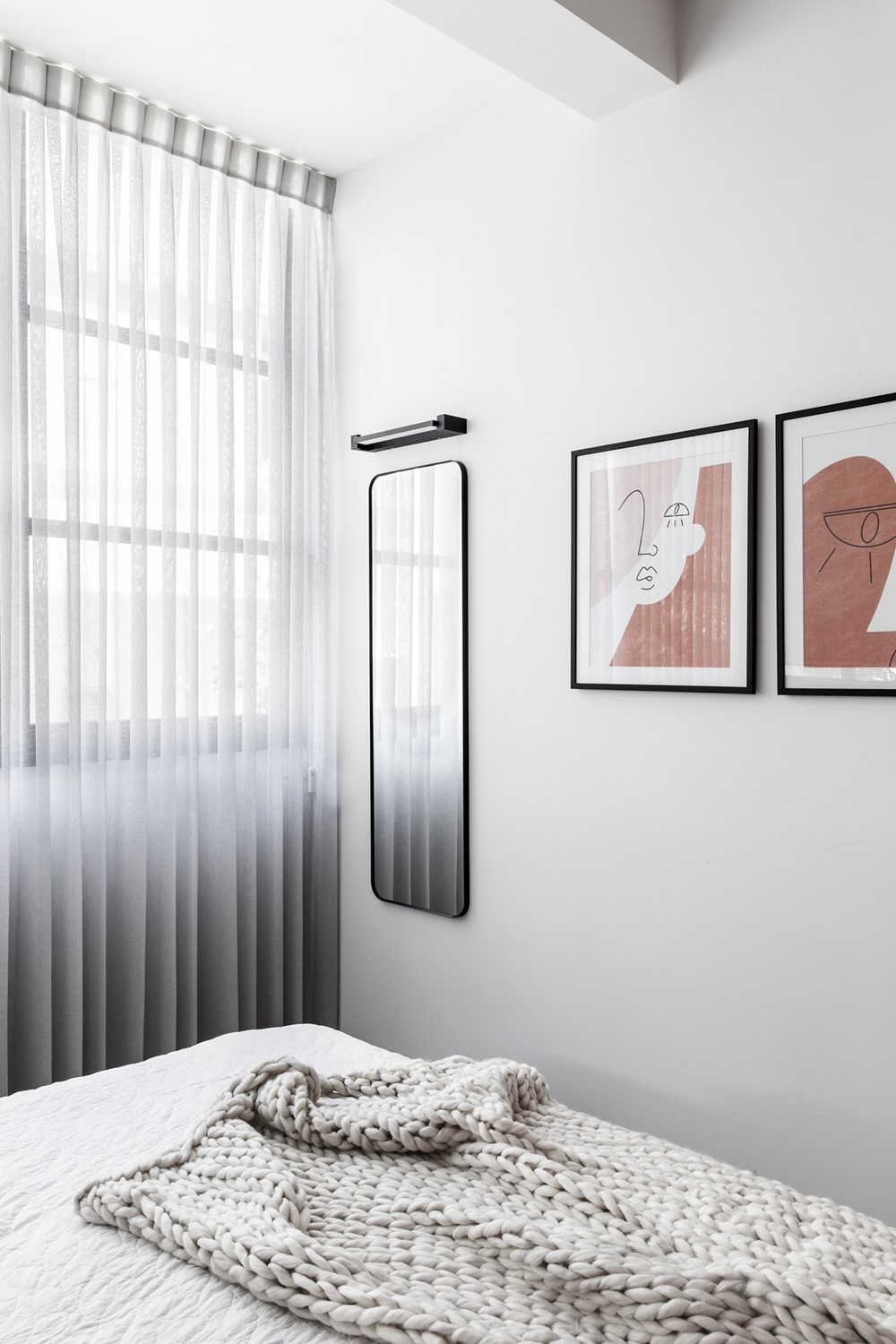 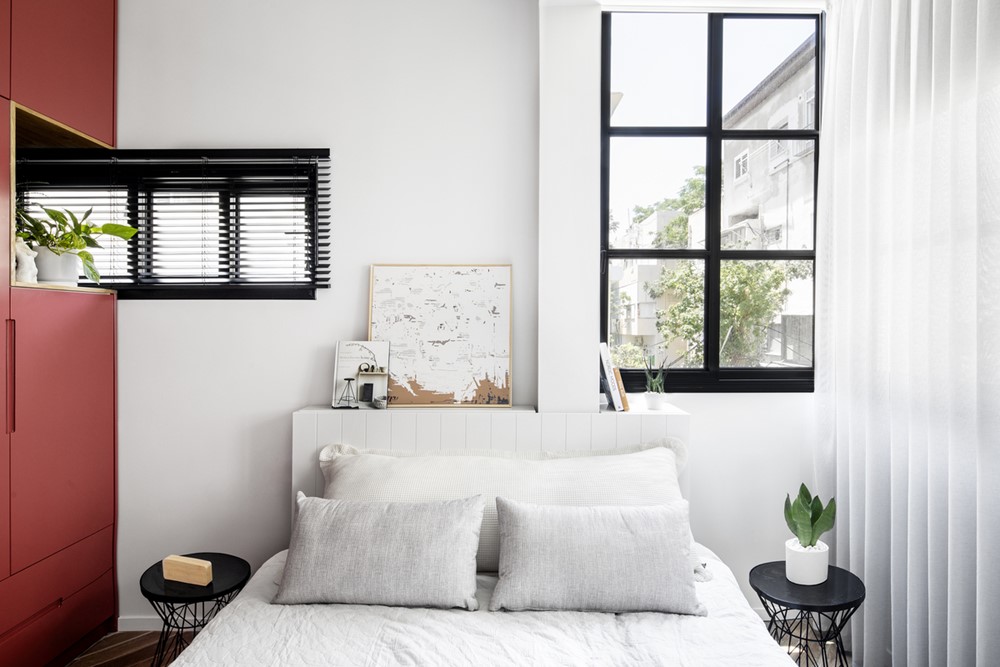 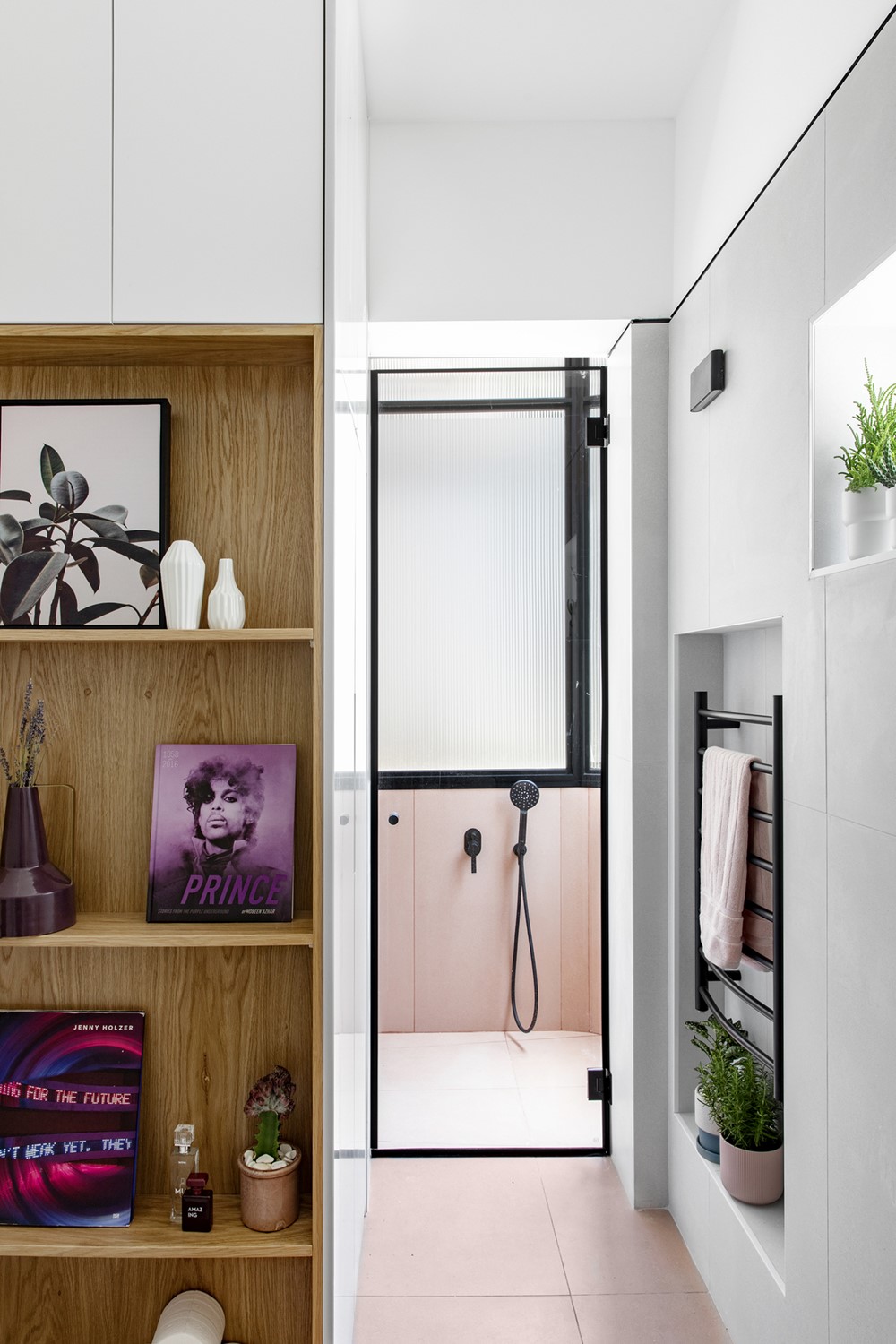 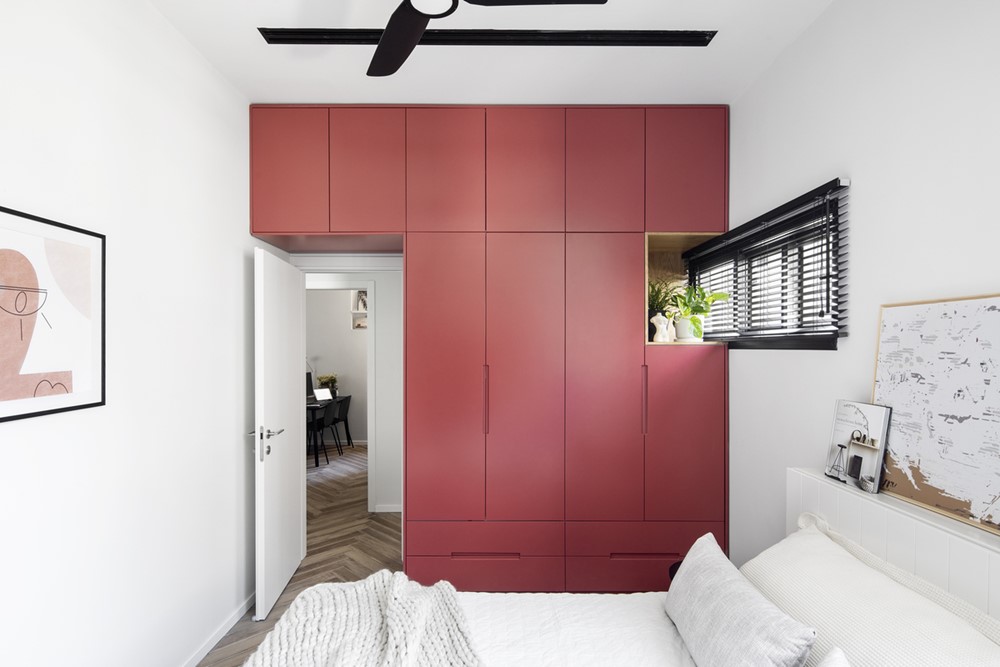 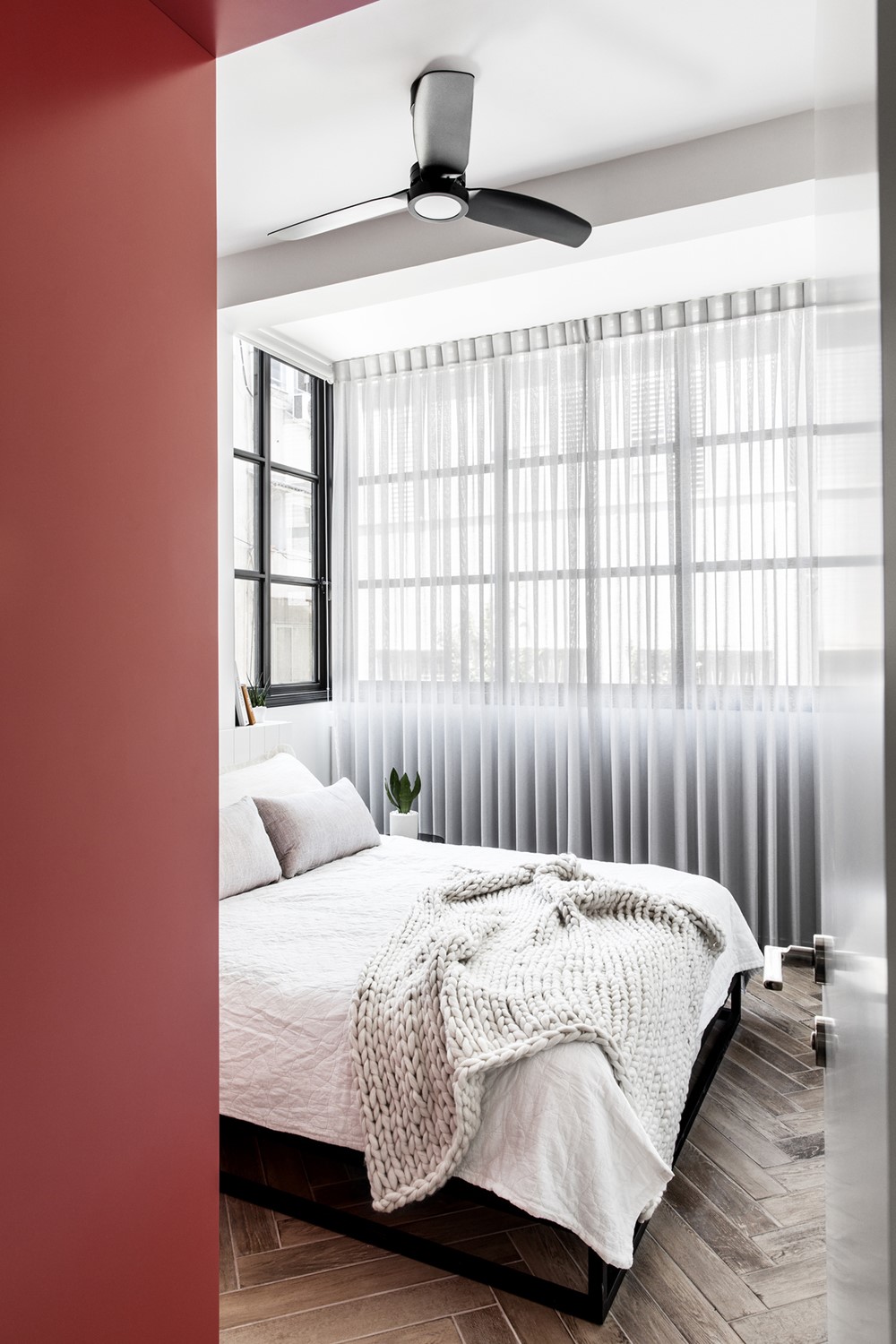 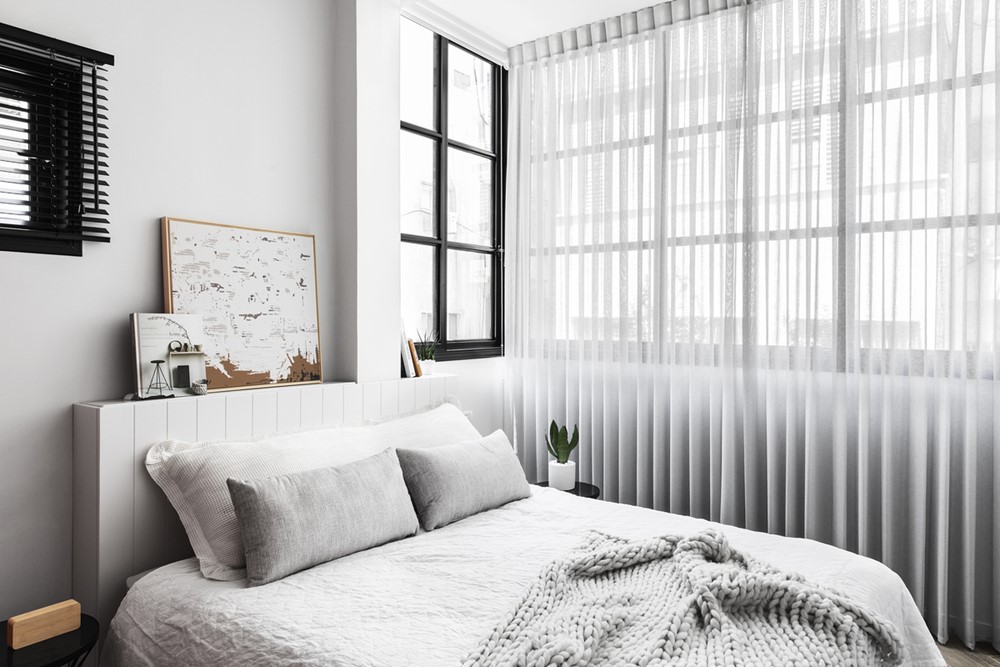 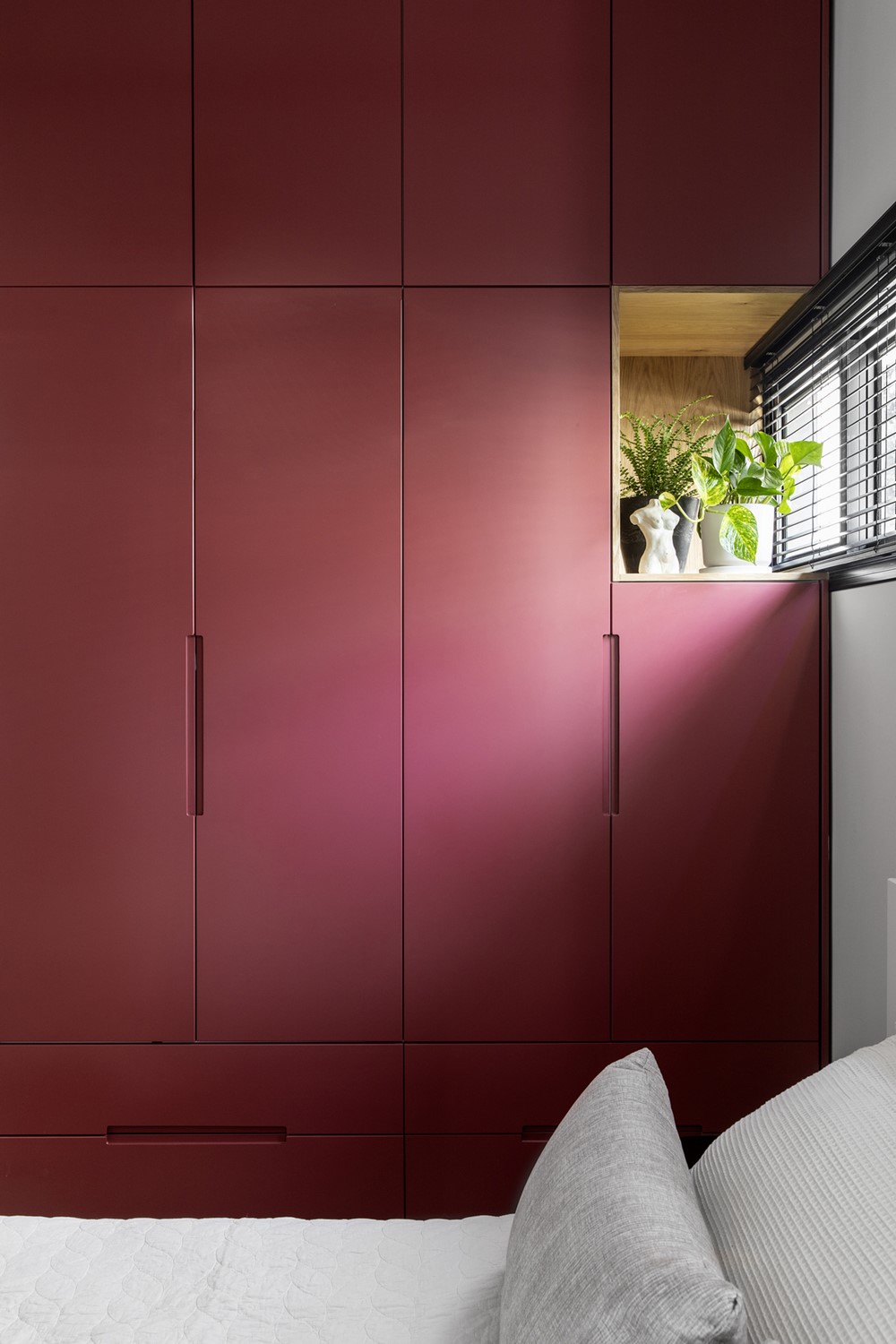 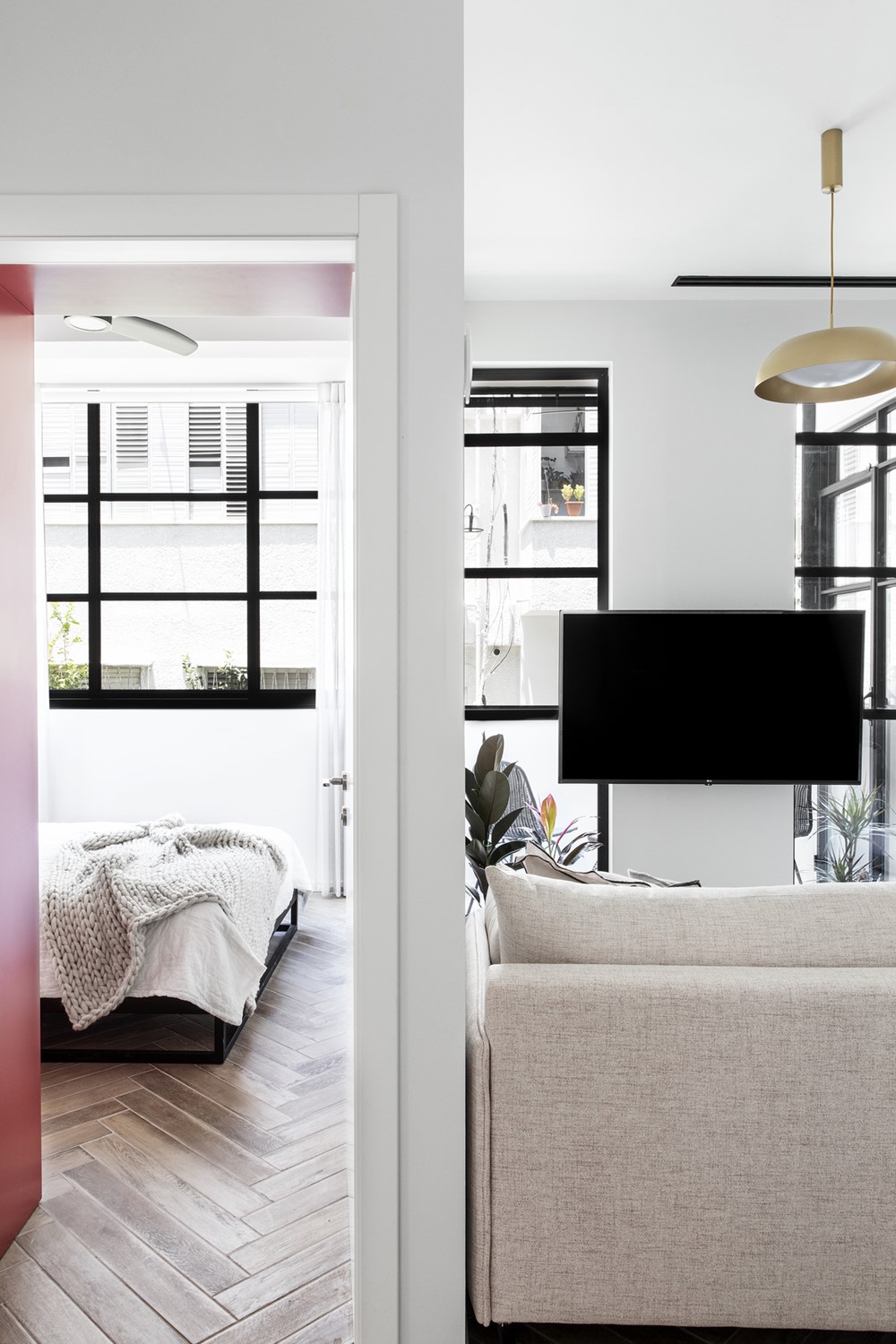 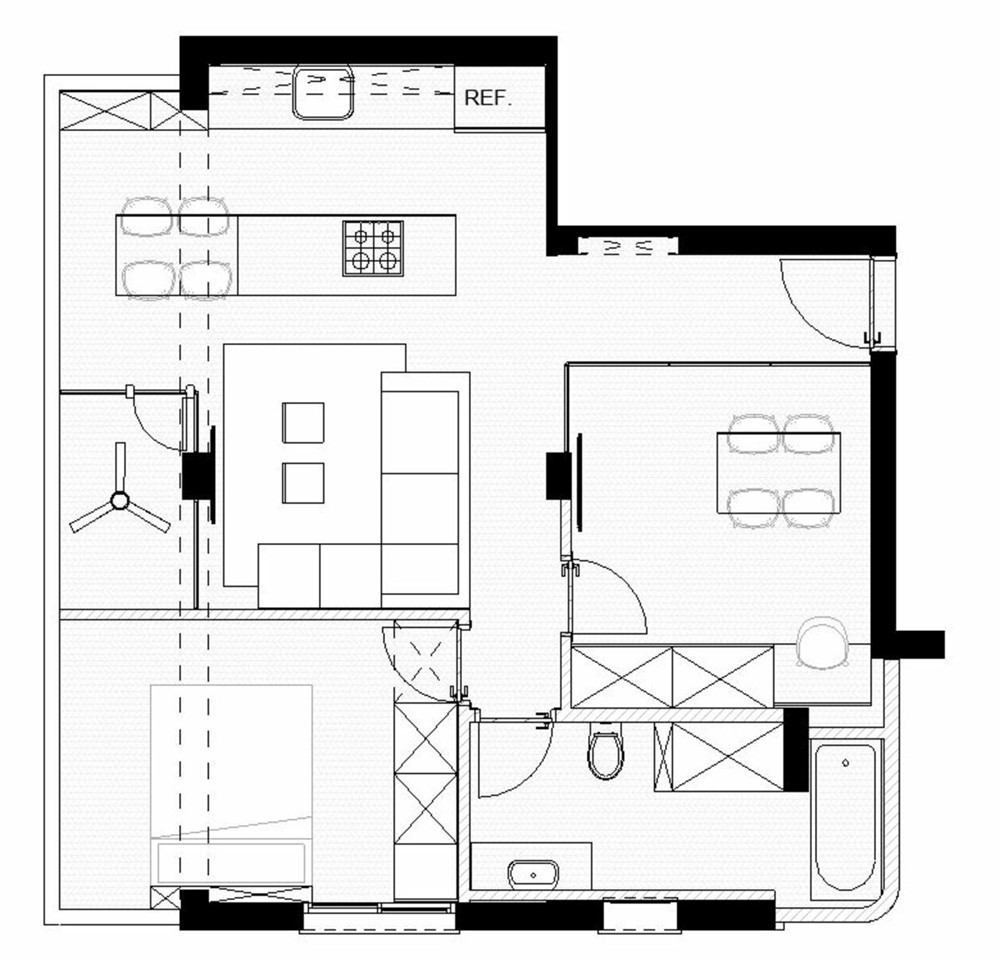 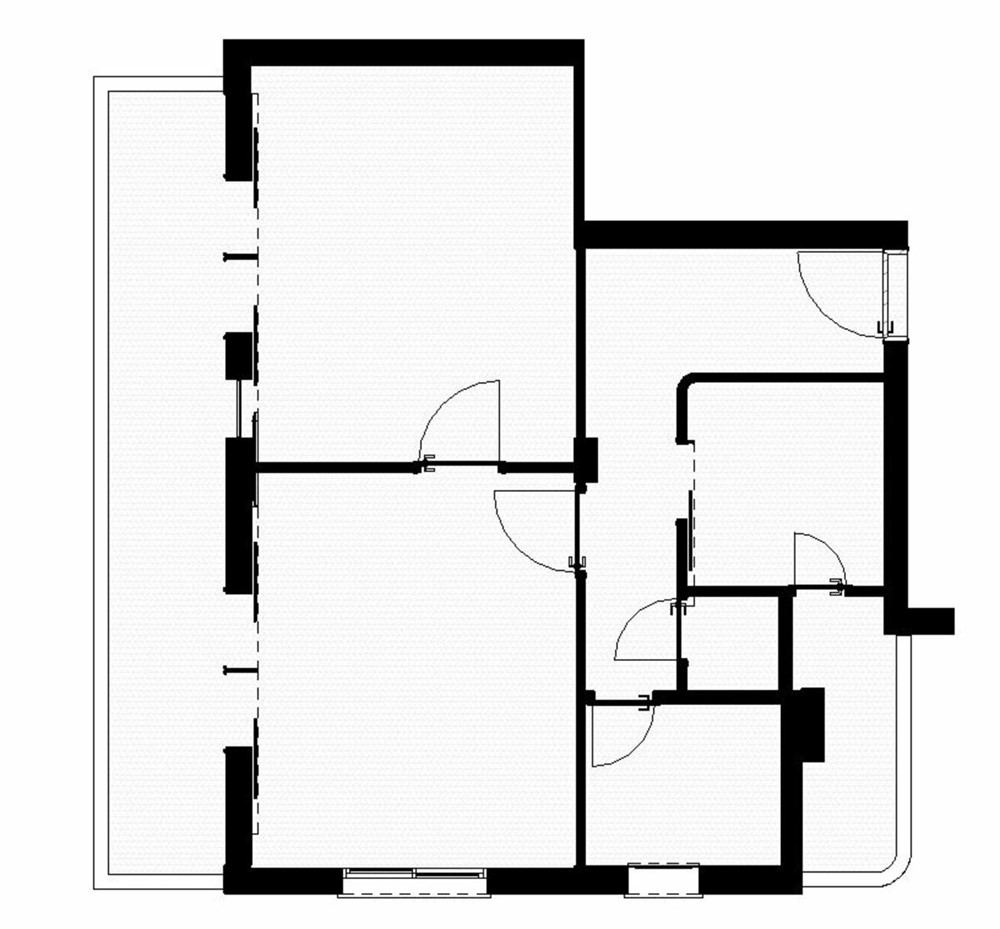 “I was enchanted by the building and its stairwell when I first came to see it, and couldn’t stay indifferent to the high ceiling and natural light in the apartment itself.

The place was neglected and probably hadn’t went under any renovation since it was built. Its layout was typical to the 1930’s. A tiny enclosed kitchen, two very spacious rooms (one functions as the living room and the other as a bedroom), connected with a roofed patio. It had a moldy bathroom and an additional toilet. In the new layout the kitchen was merged into the living room forming one open space, and the bathroom was enlarged and we inserted the toilet in it.

When we started the demolition phase, we encountered some issues. We needed to perform an urgent concrete restoration process, beside constructive reinforcements with additional columns.

The new kitchen is minimalist and super-practical. It consists of two wings: the first is aligned with the wall and the second is a kitchen island and a dinning table. The table is in standard height, considering the possibility of a baby chair next to it, in the years to come.

The compact living room enables substantial sitting possibilities thanks to additional stools that usually reside in the patio.

The bedroom is flooded with natural light. Here we faced another structural issue, thus we had to enlarge the existing column. We wanted to leverage the situation to our benefit so we designed a bed head that wraps around the column and gives us another storage unit & a bedside shelf.

The bedroom window is in its original locations and it would have been blocked by the closet, so we designed a niche in it to allow the natural light in, creating an amazing greenery gem. The storage space we “bit” off the window area was added above the entrance door.

The bathroom is located at the corner of the apartment, which was once a semi-open balcony. The shower area is in its far end so its constantly flooded with light. Next to the toilet we designed a smart two-way storage solution – on one end it houses the washing machine and tumble dryer, the electrically-heated water tank, laundry and cleaning supplies behind closed doors. On the other end it has open shelving beside the toilet, creating a niche to place the toilet papers in, amongst other objects.”