Modern Victorian is a project designed by Frank Franco Architects. The design objective was to bring the 110-year-old dwelling up to contemporary standards by adding a three-story rear addition, improving the overall layout, and updating the interior finishes. While one partner felt strongly about maintaining the traditional character of the home, the other hoped to achieve a boldly modern aesthetic. To suit both tastes, the Victorian style front facade is respected and maintained, while the new addition at the rear is contrastingly modern. Photography by Bob Gundu. 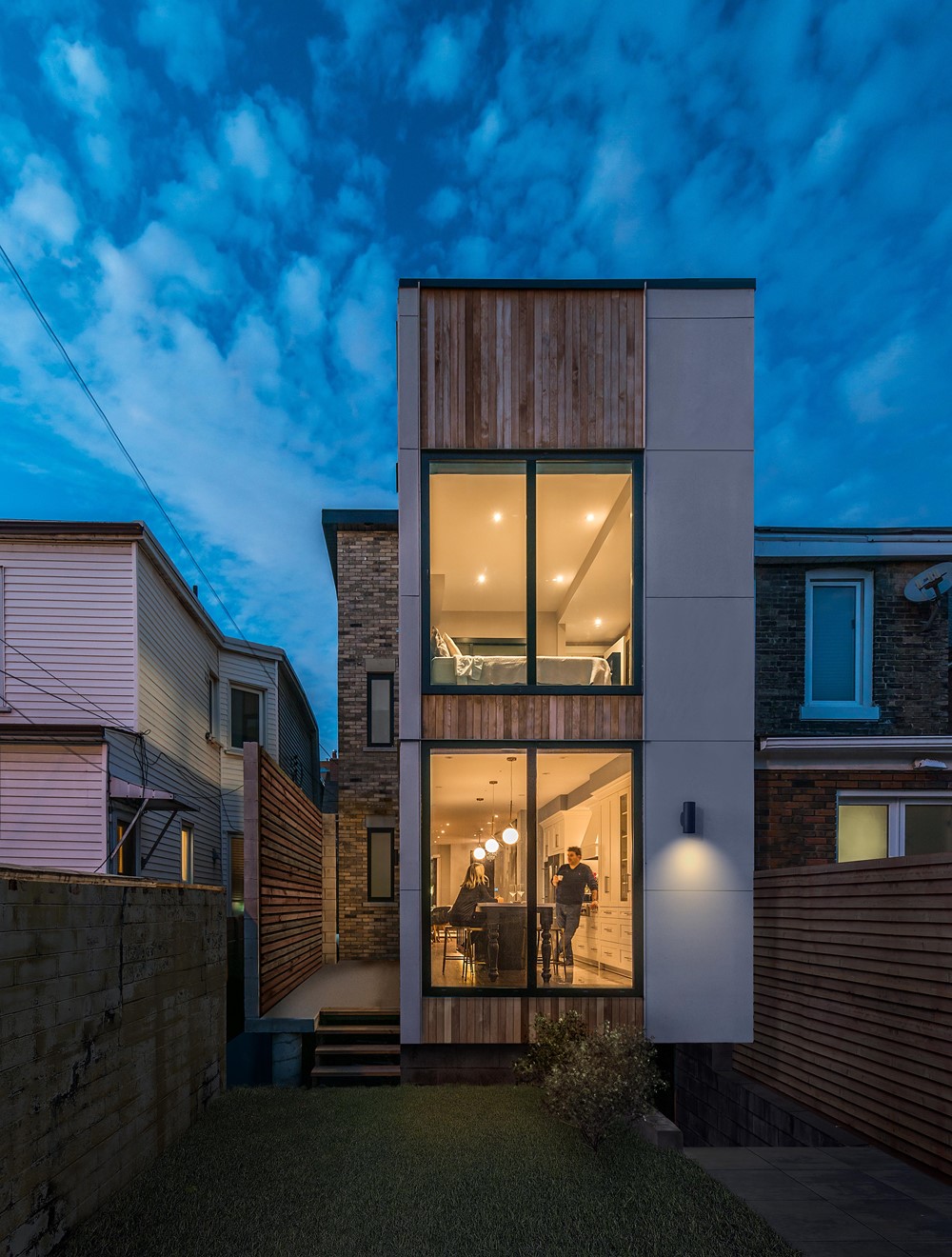 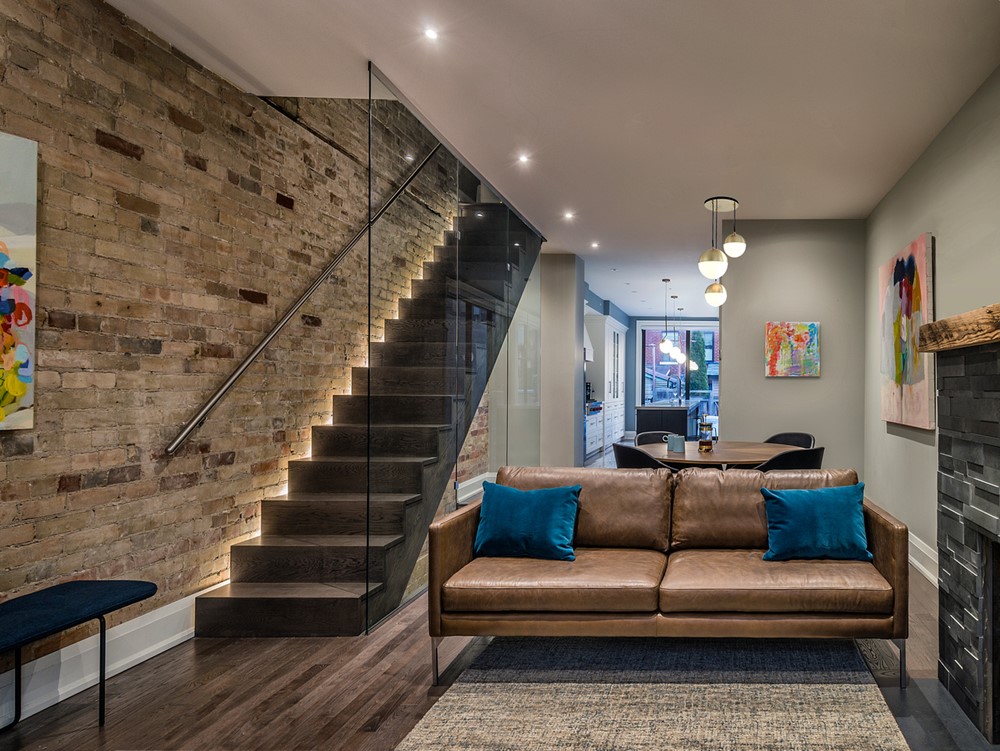 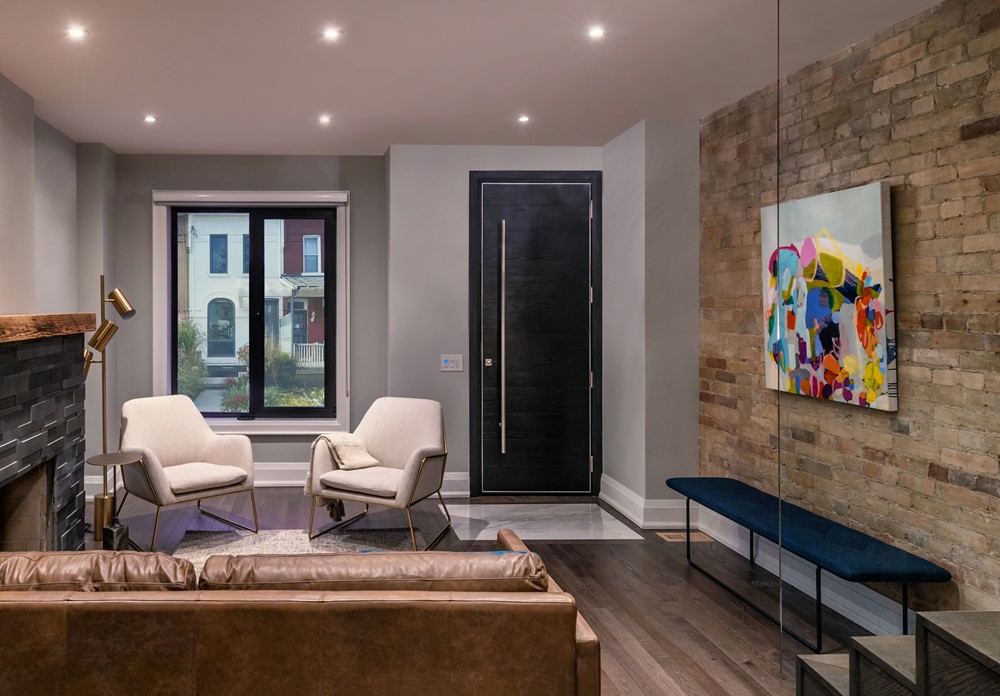 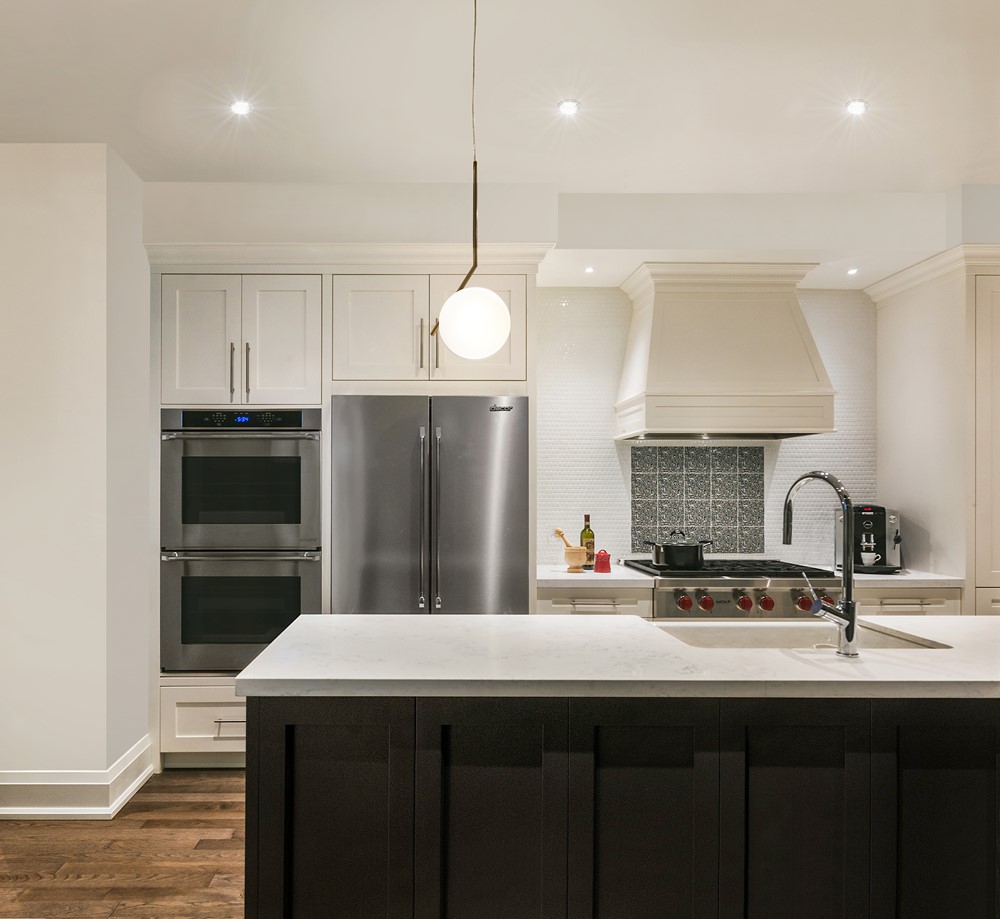 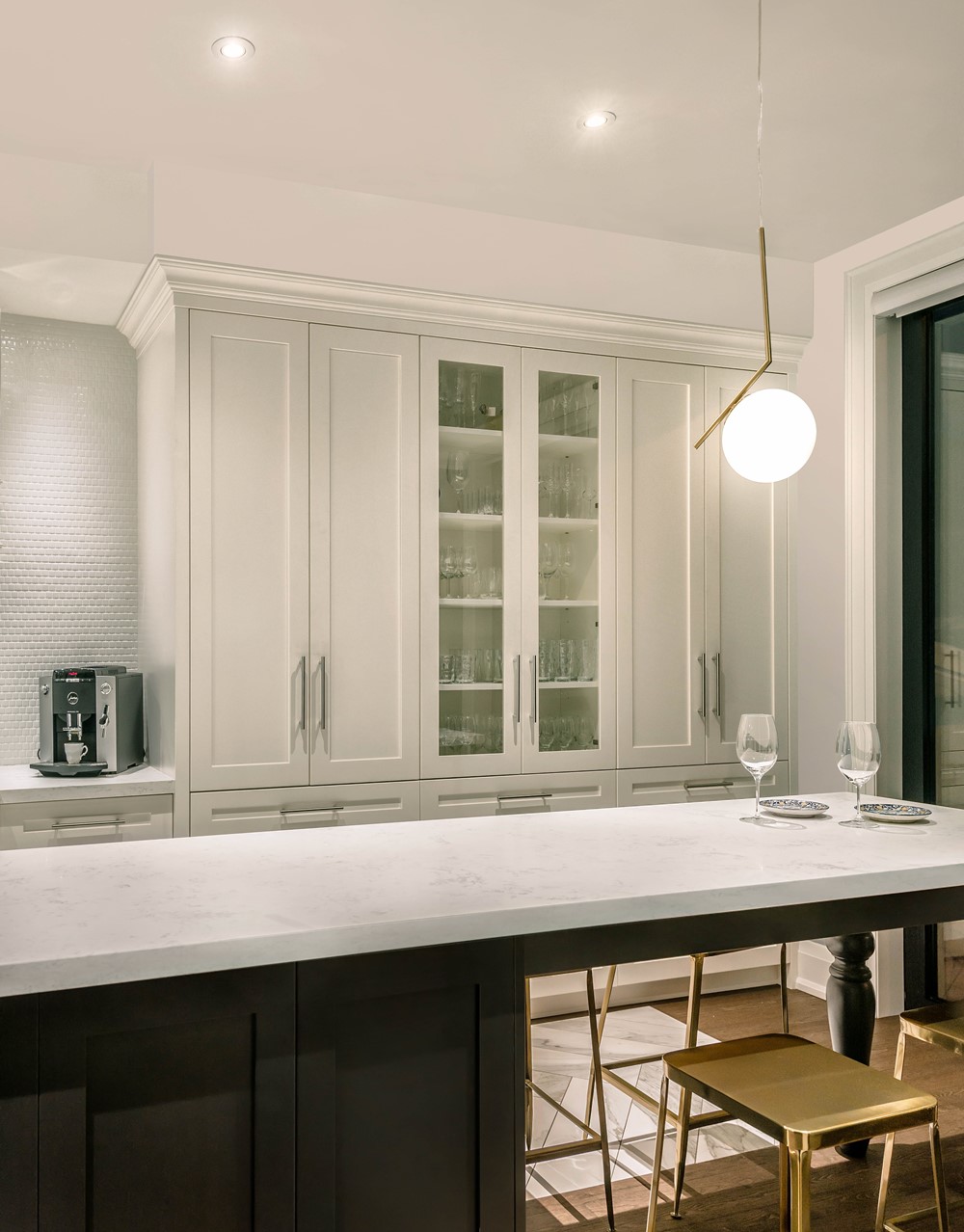 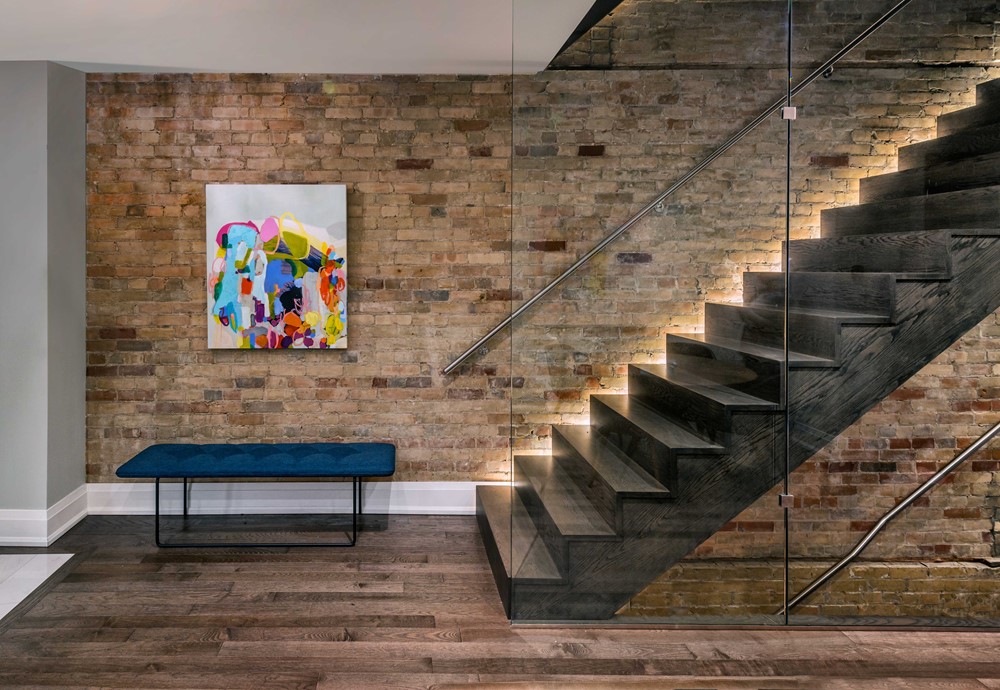 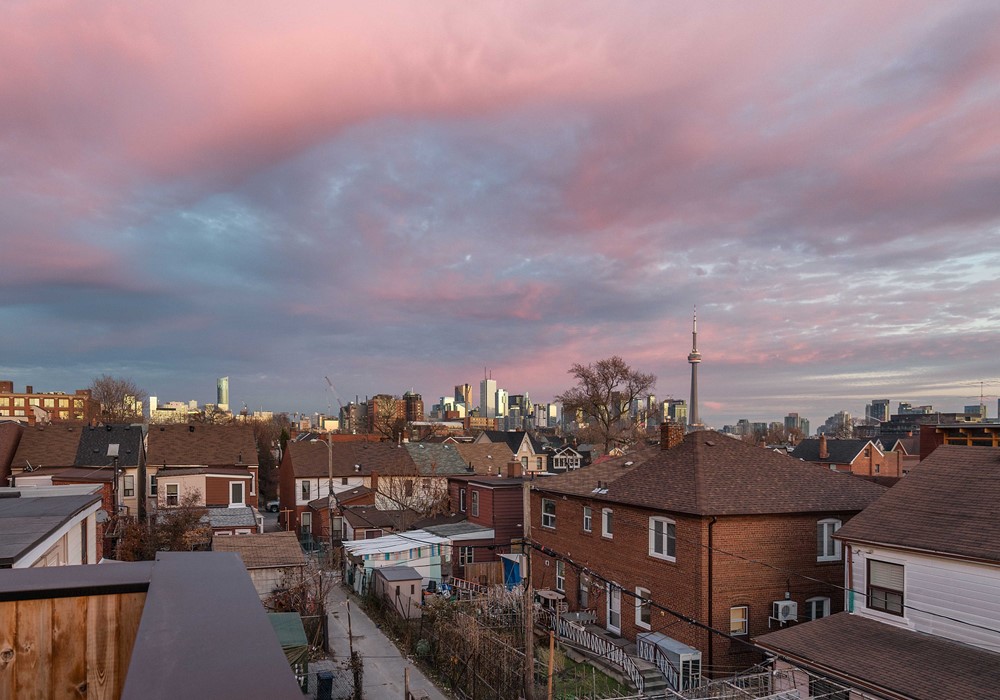 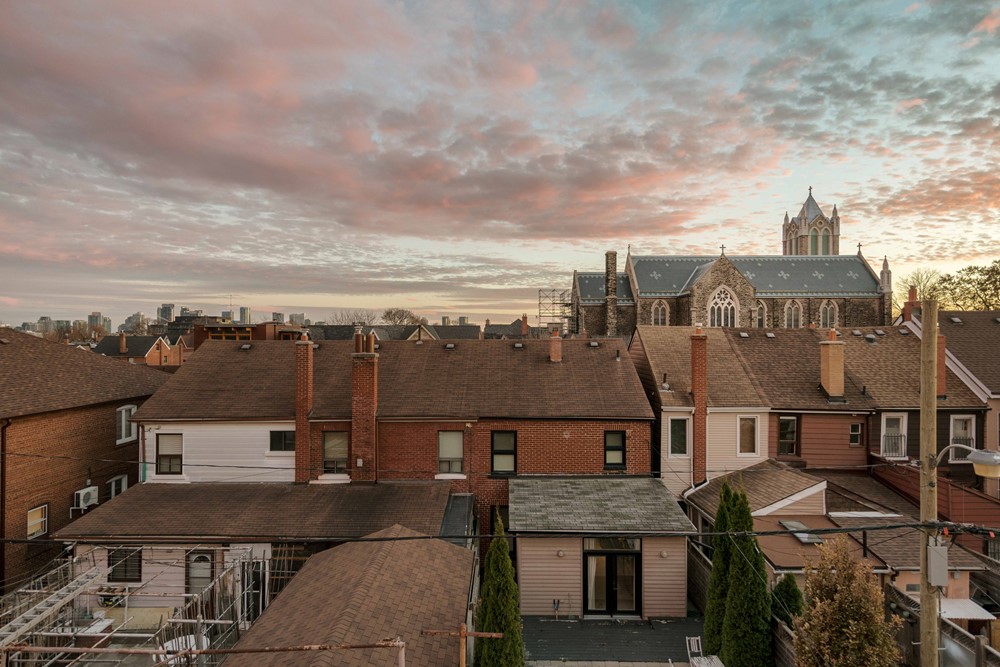 In order to brighten up the dark, crammed interior, large windows were introduced, and partition walls were eliminated to achieve a bright, airy space. The resulting open plan permits for clear sight lines and visual connectivity, and allows for light to reach in to the depths of the narrow home. Light materials, including white cabinetry and marble tile, maximize light throughout the house, while dark accents, such as the black island and black window frames, provide visual interest.
The existing stairs were not built to modern day standards; a new set of stairs flanks the main living space, and a glass wall acts as guard without blocking light from entering the stairwell. The wood finish of the stairs brings warmth to the otherwise black and white finishes throughout the house. The second floor features 2 bedrooms, a den, and a laundry room, while the third floor acts as a master suite. Large skylights in the master ensuite create a bright space to start each day, while a cave-like shower creates a unique bathing experience.

The resulting house is both functionally and aesthetically improved, without negatively impacting the physical character and architectural style of the community. The aesthetic style is one of contrasts; the combination of traditional and modern facades on the exterior which carries seamlessly in to the interior of the home to create a space that satisfies both partners.