Studio ALLARTSDESIGN design the interior of the bar CRYSTALBAR in the center of Perm. Premise the area of 130 sq. – Which originally housed the famous bar in Perm “Africa”, with the time in Perm bars “national subjects” have lost their relevance and customers have requested to withdraw completely from the existing format and reveal the idea of the crystal. (In other matters, and so does the name CRYSTALBAR.) With that in the hands of customers was a fresh project to refresh the existing bar “Africa.” 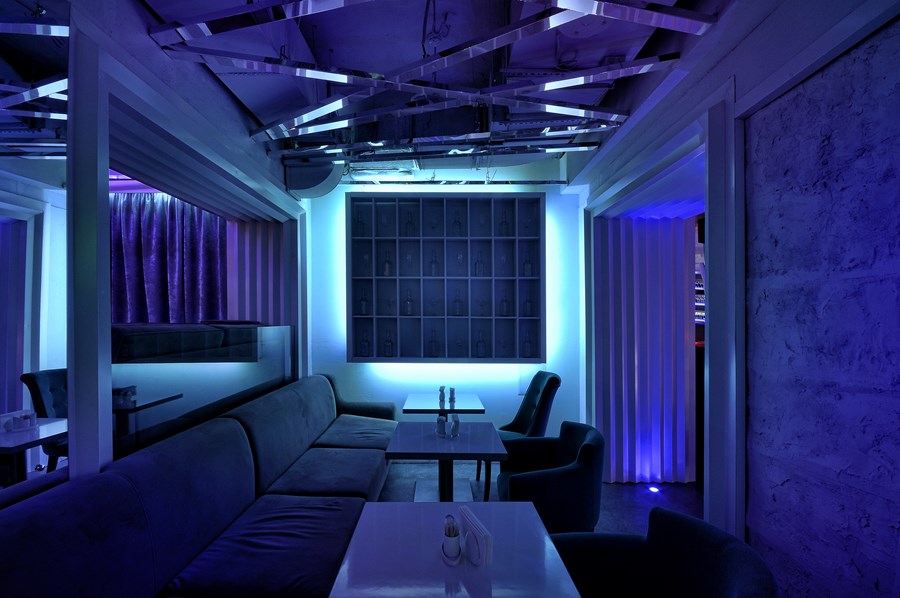 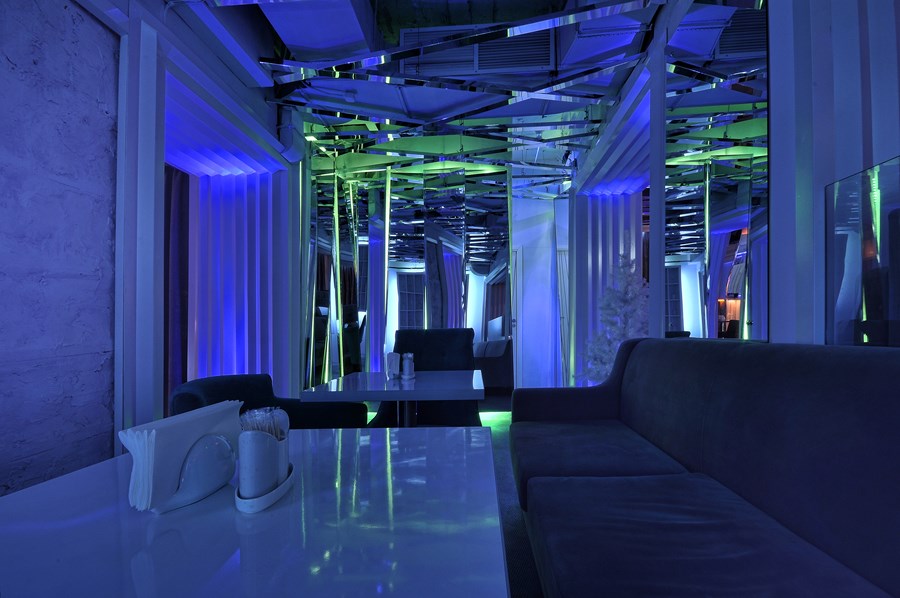 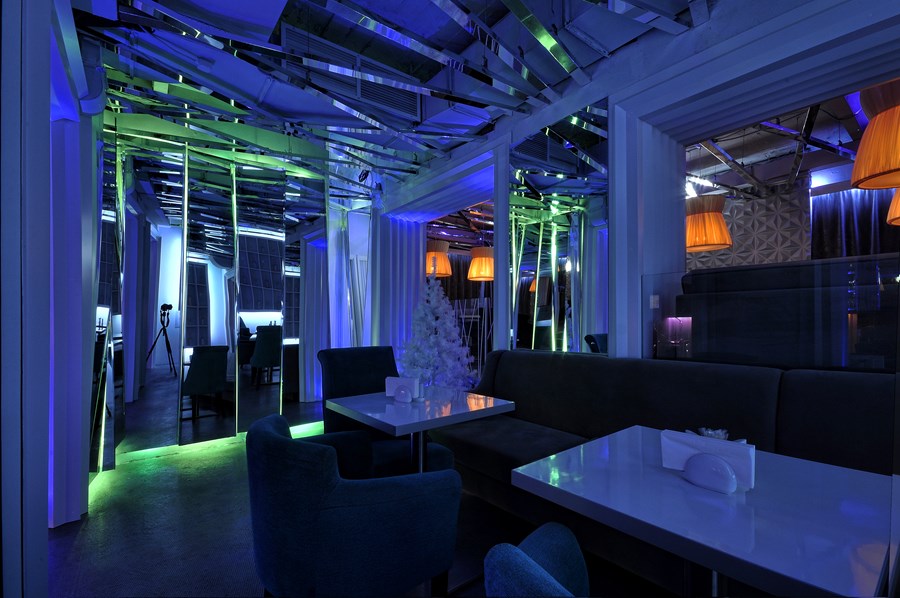 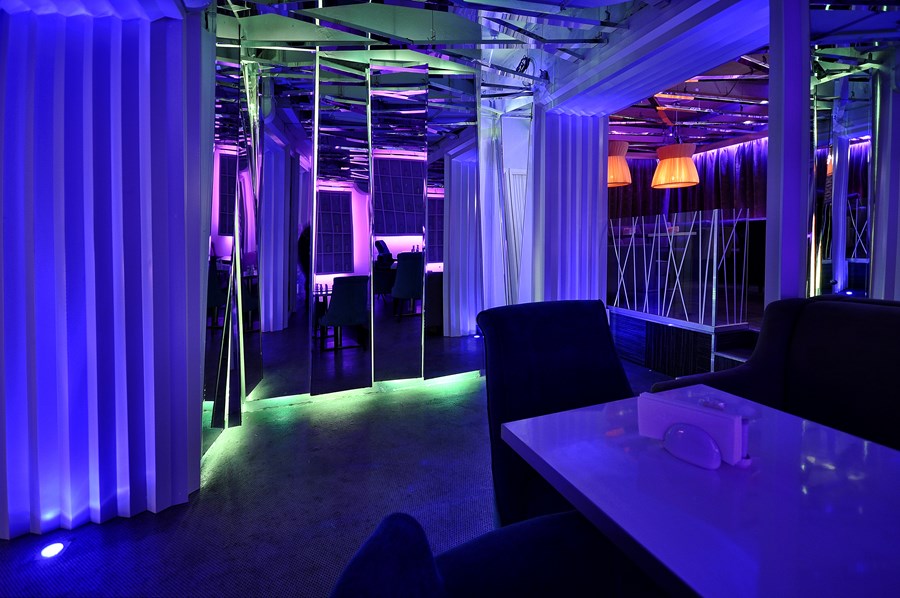 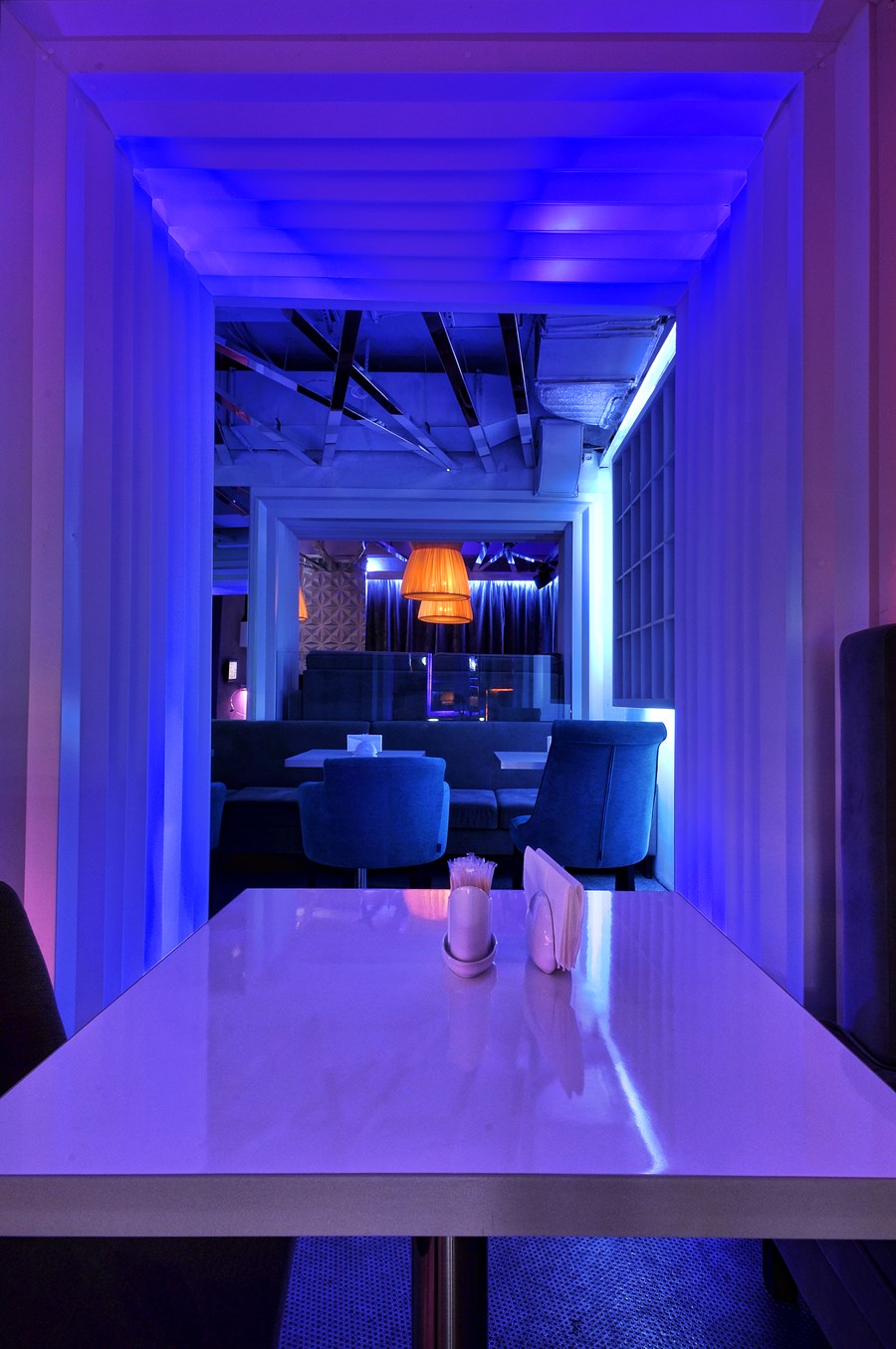 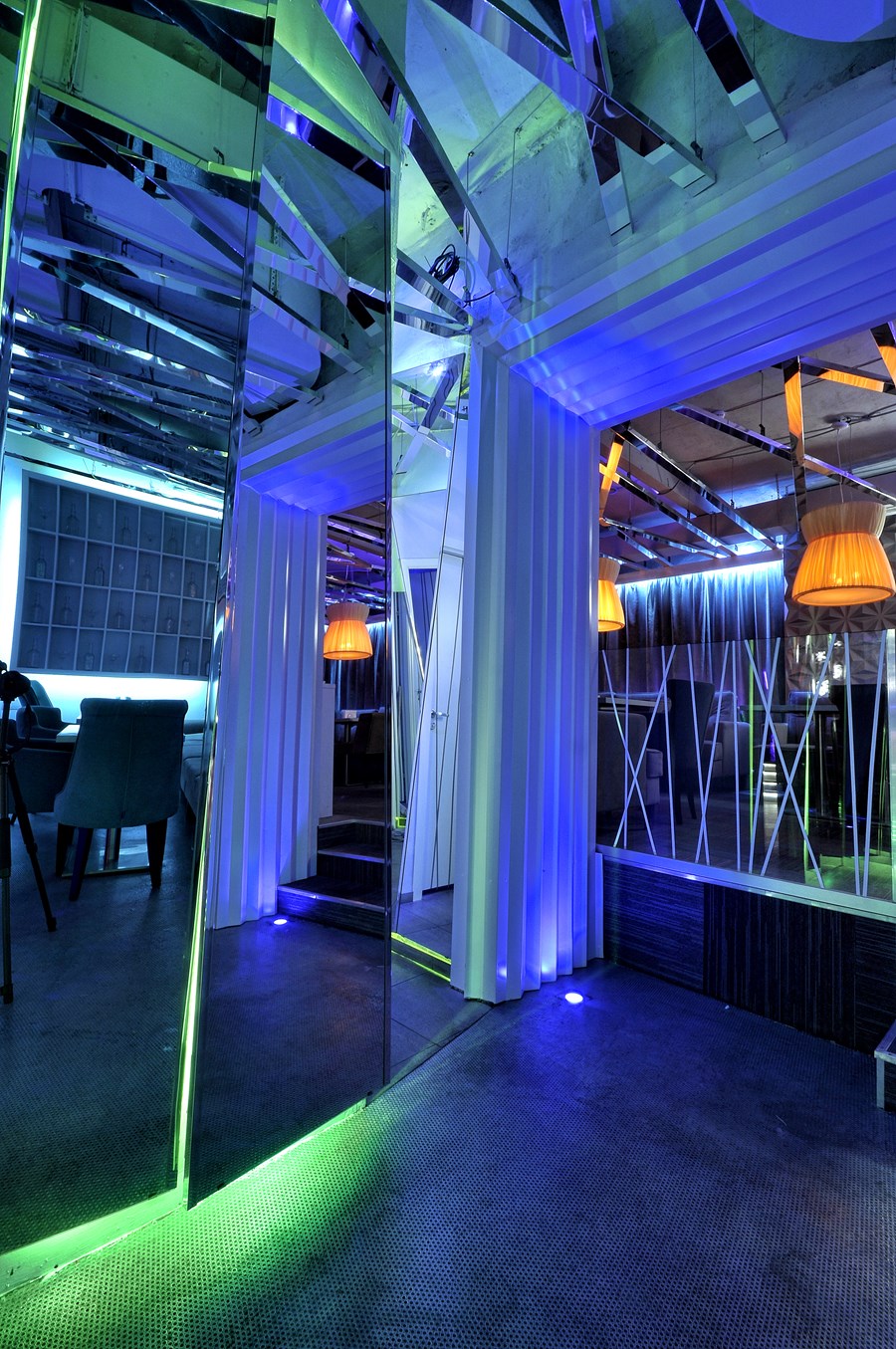 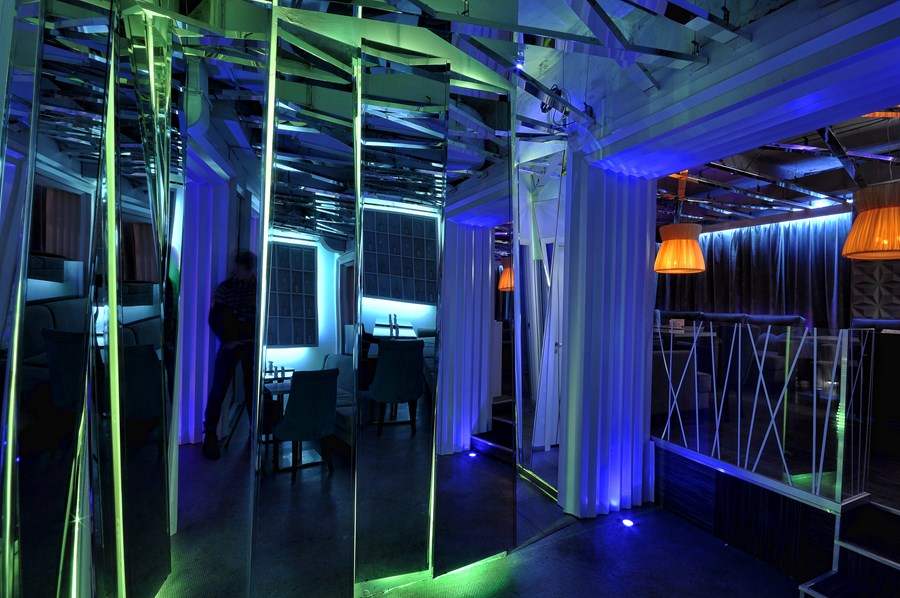 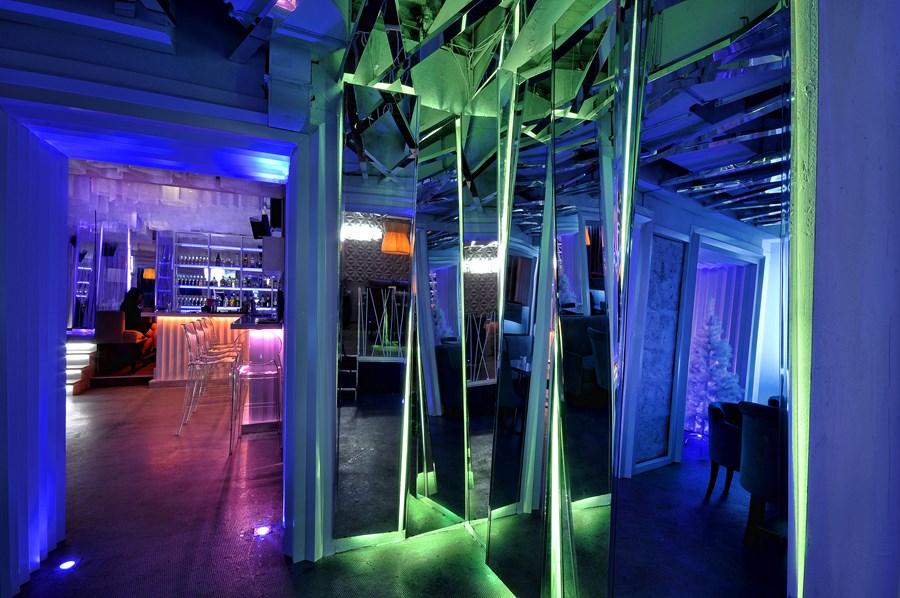 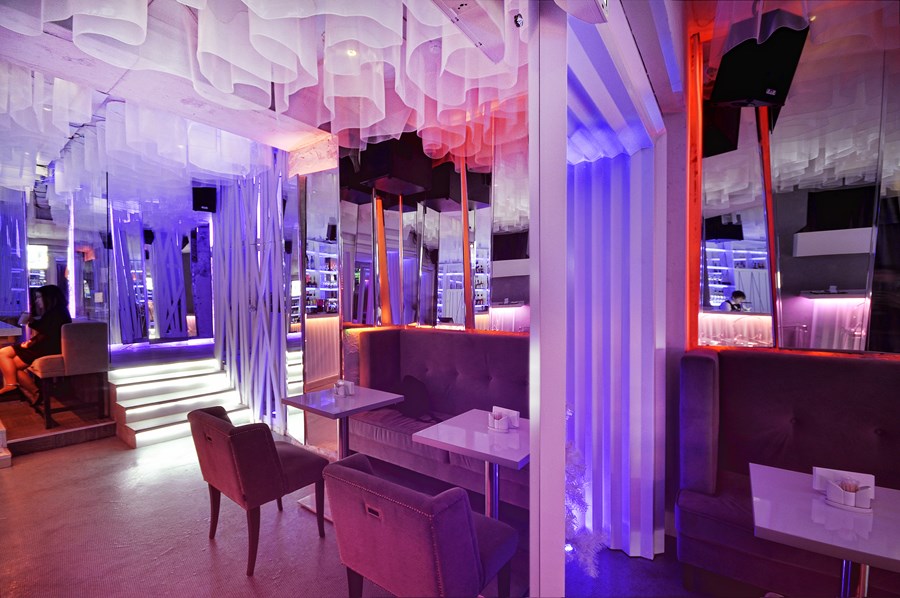 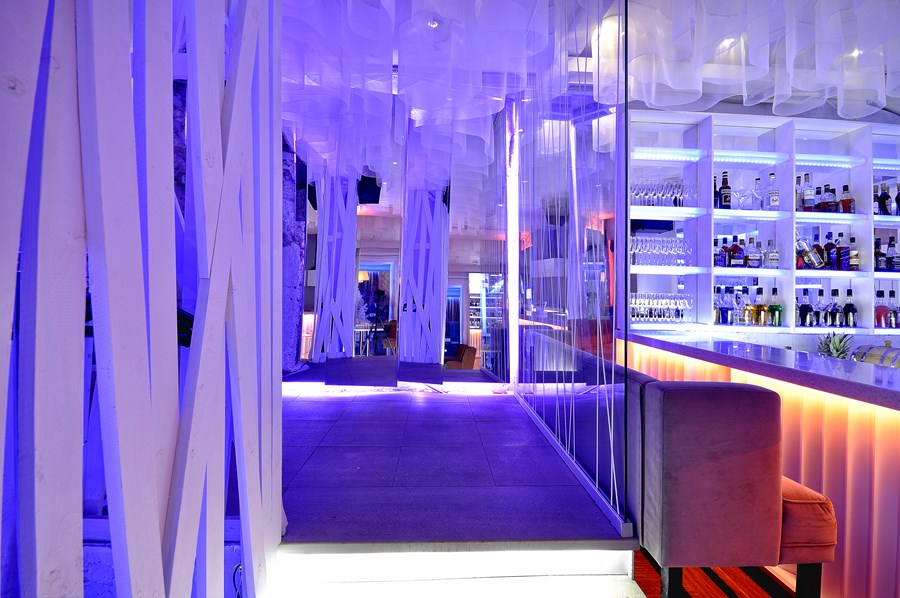 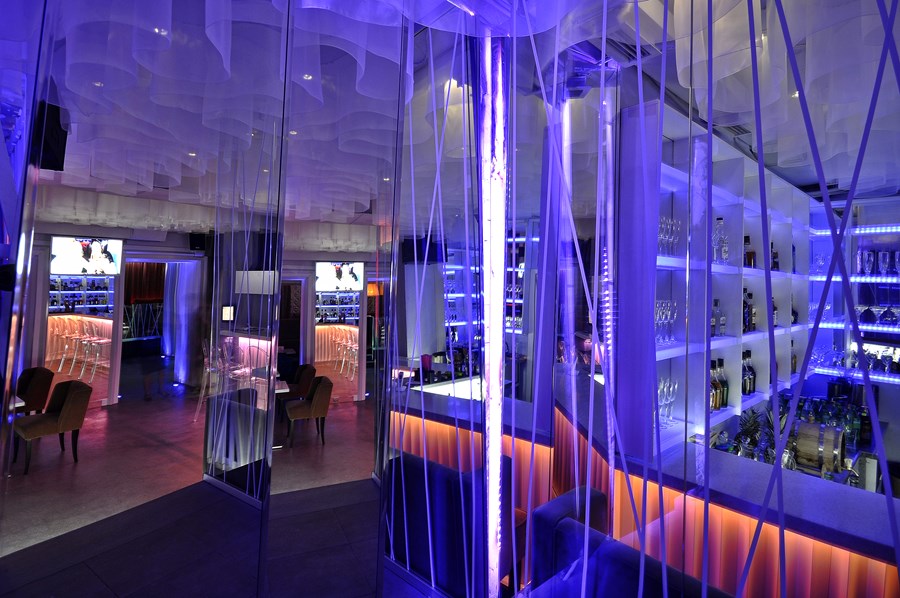 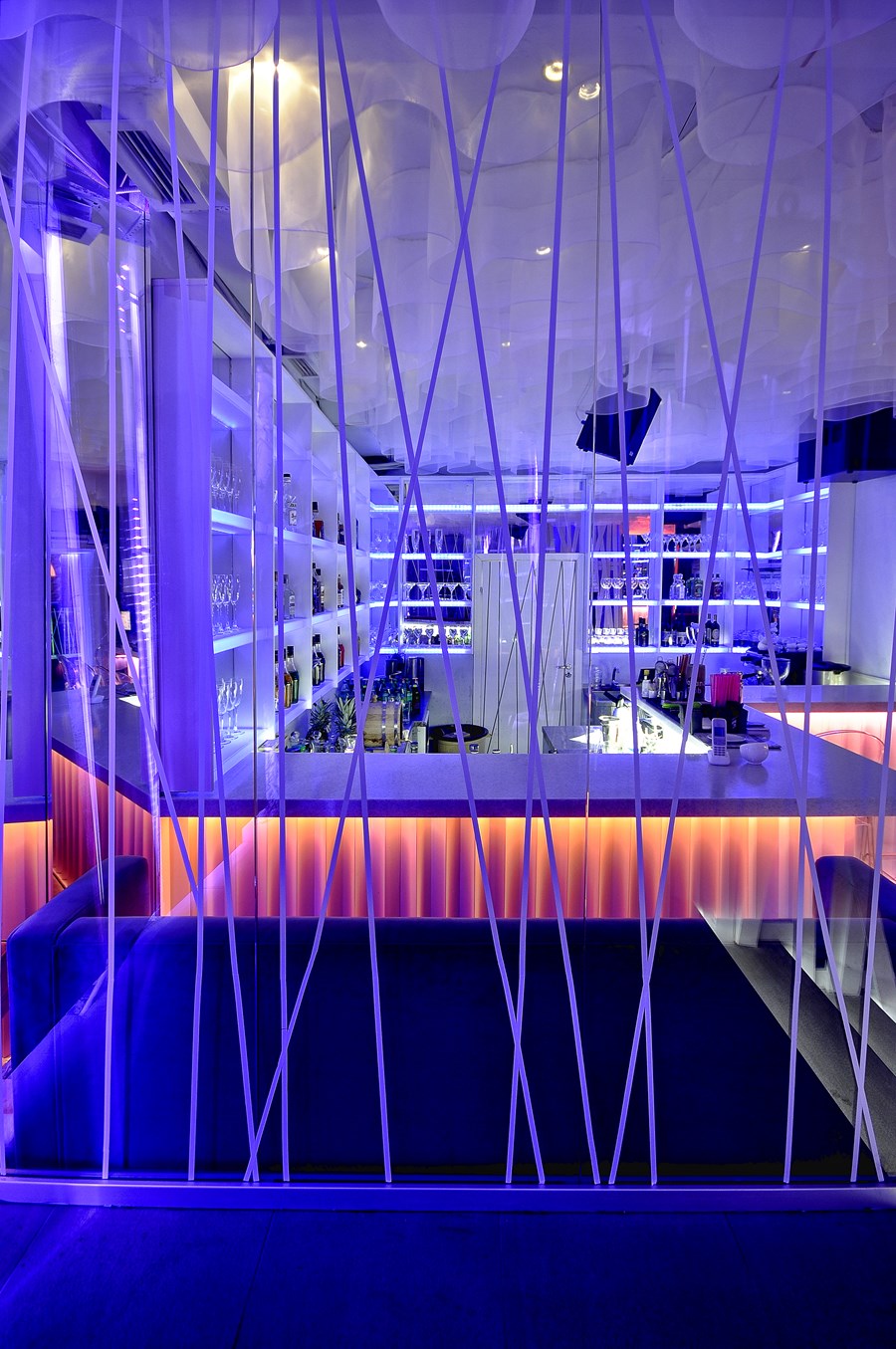 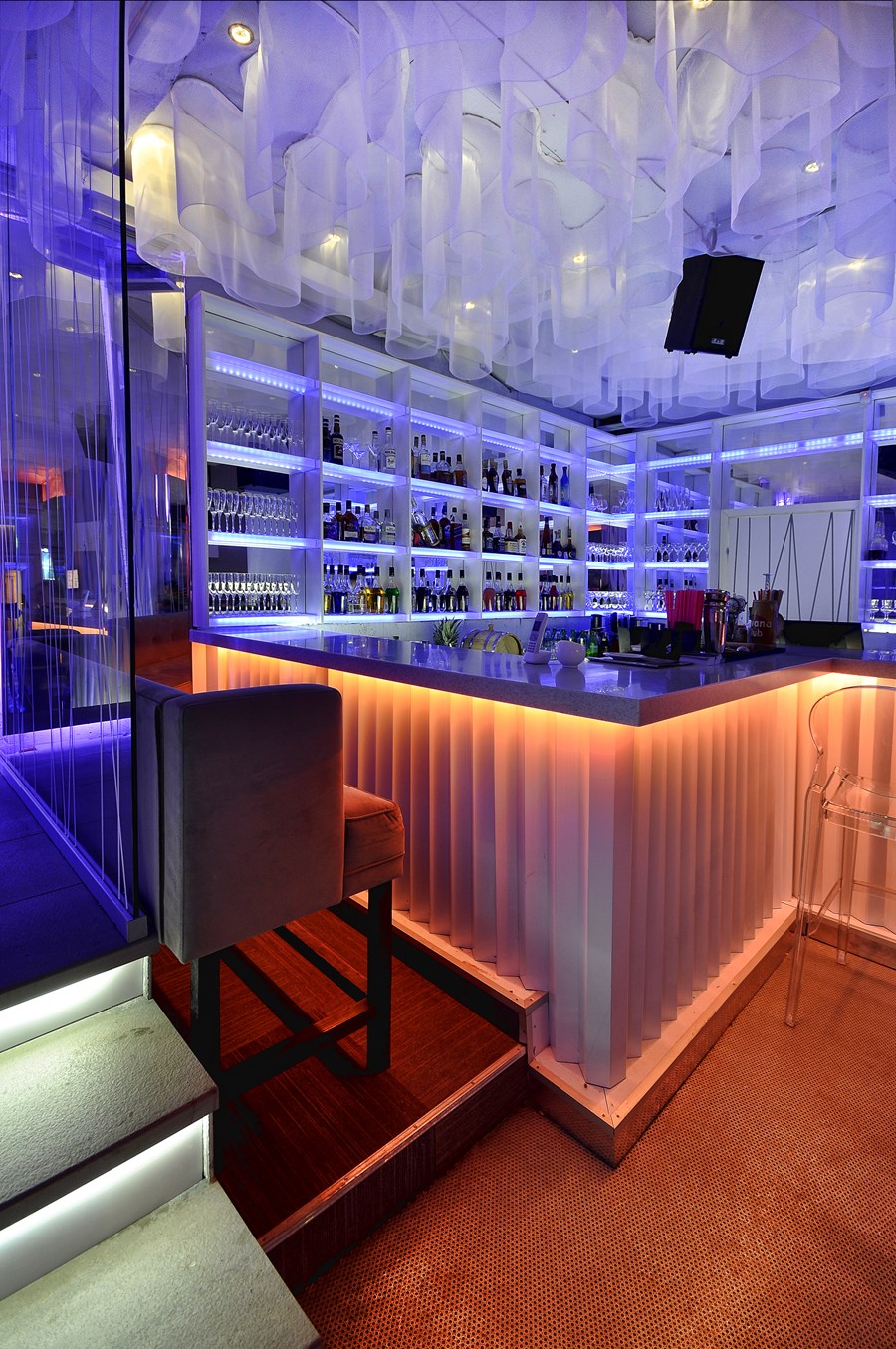 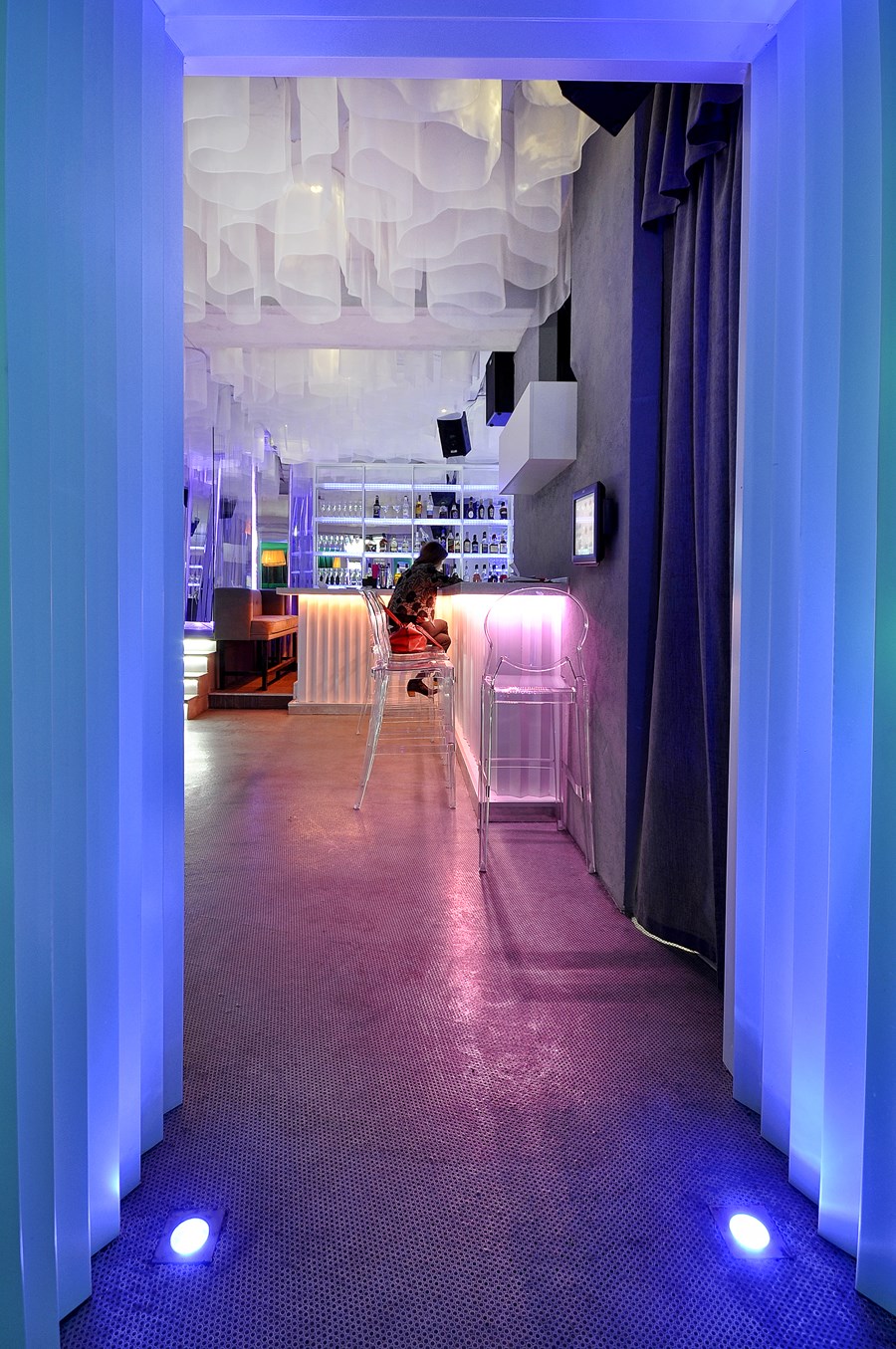 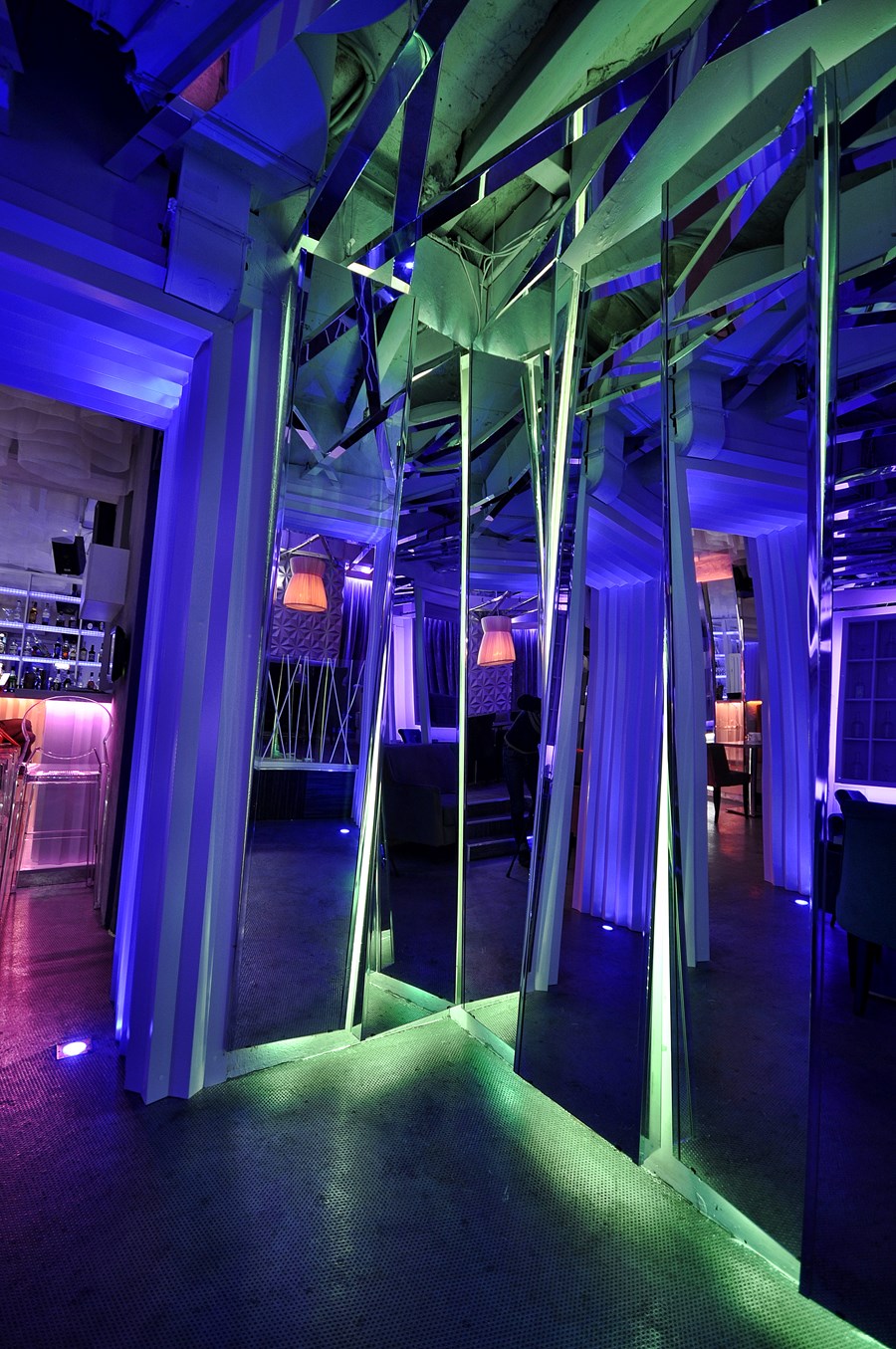 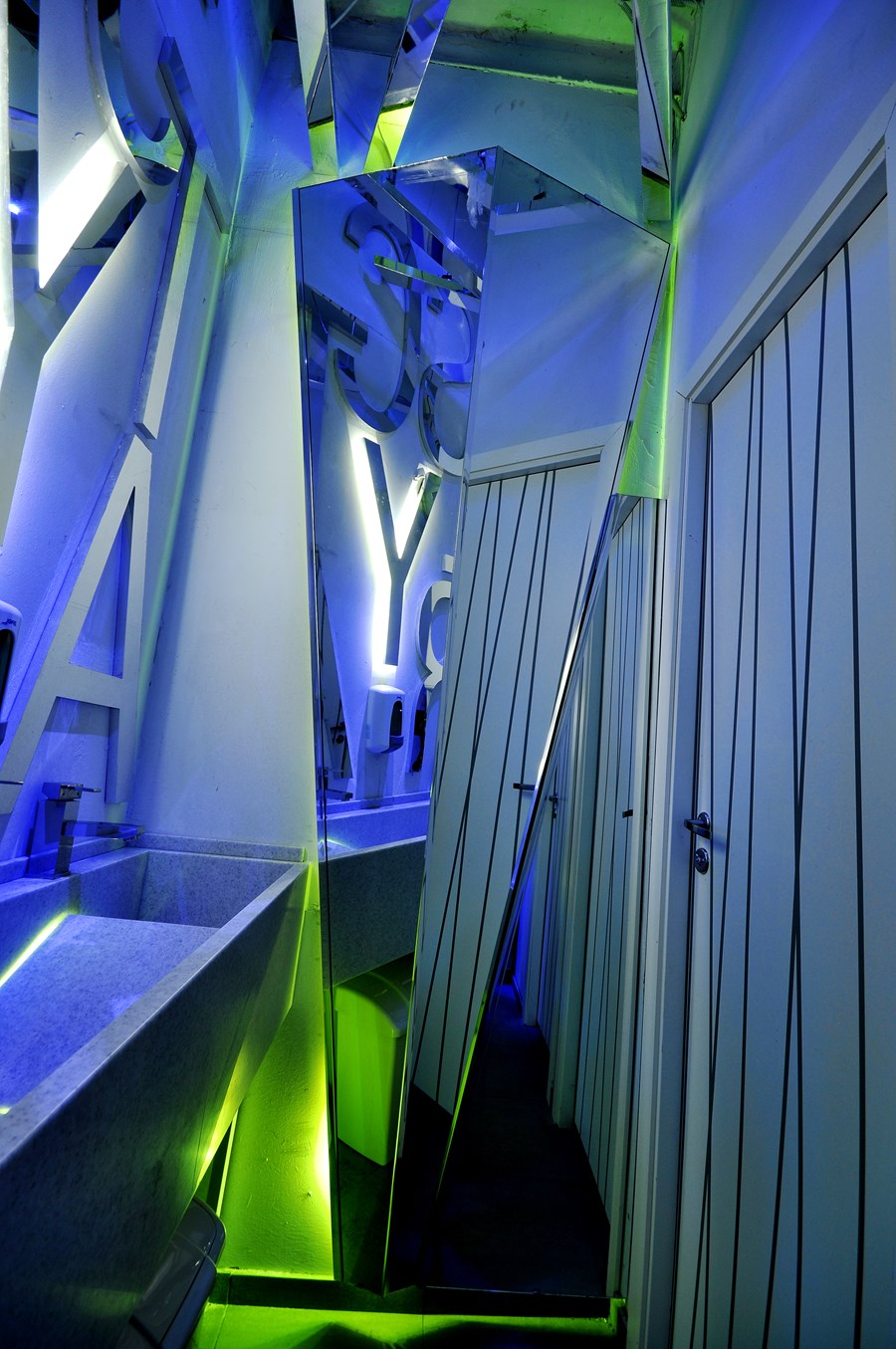 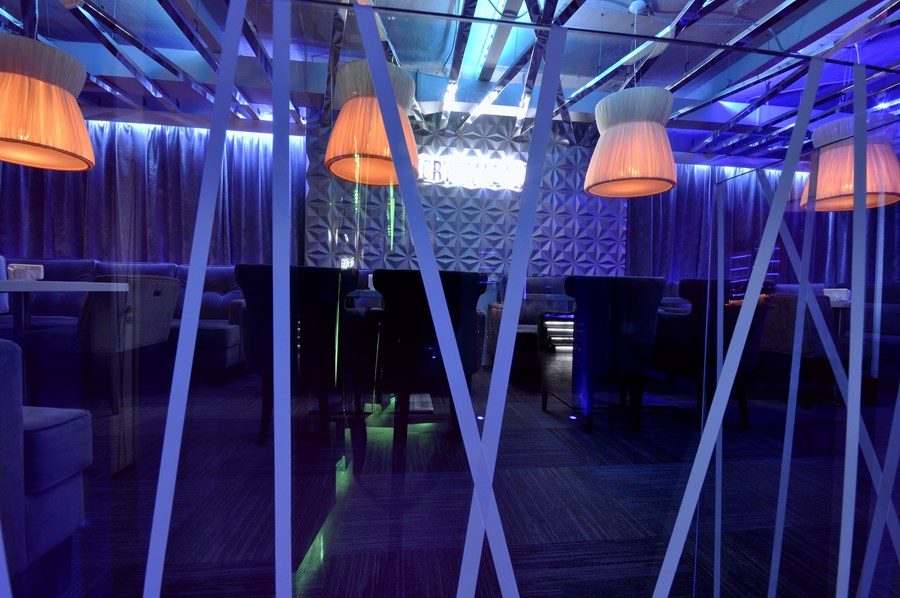 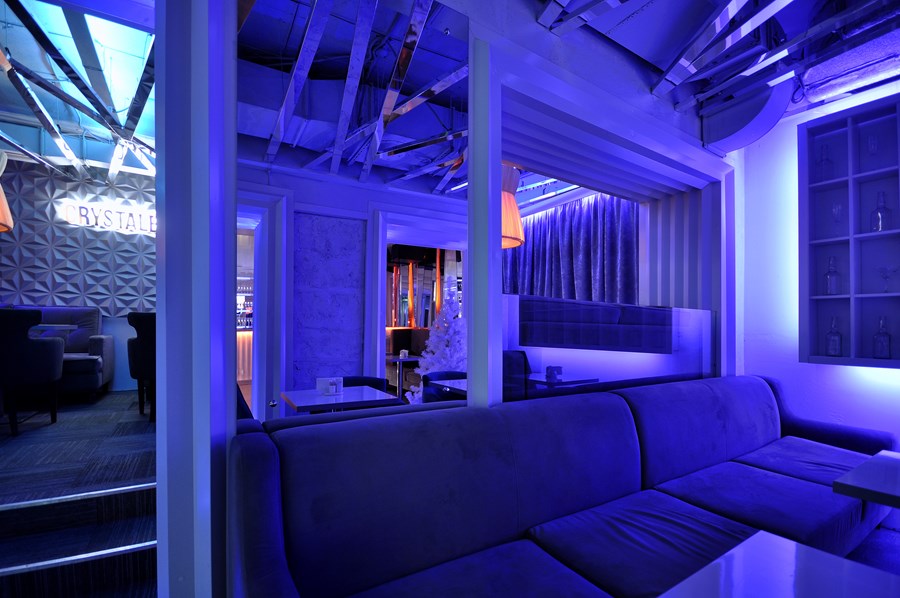 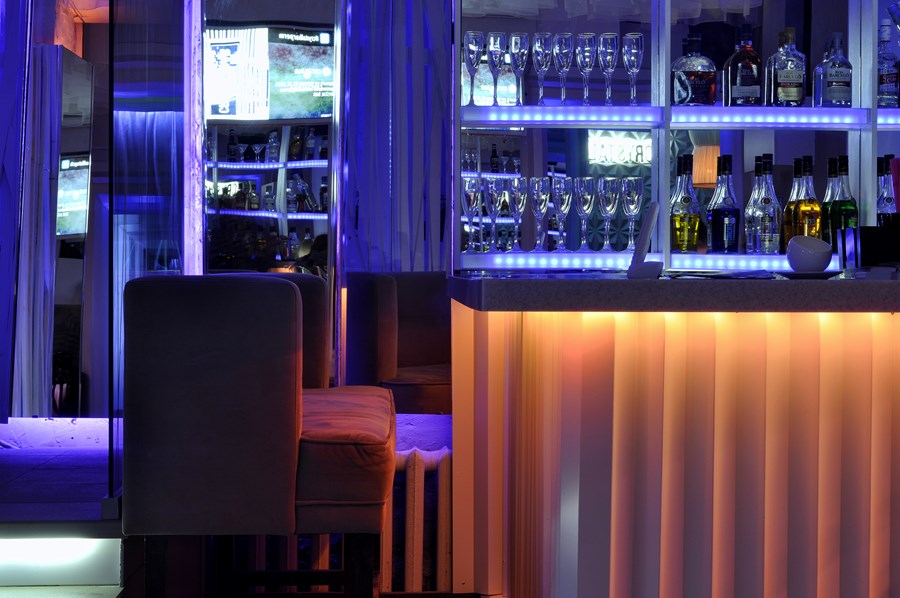 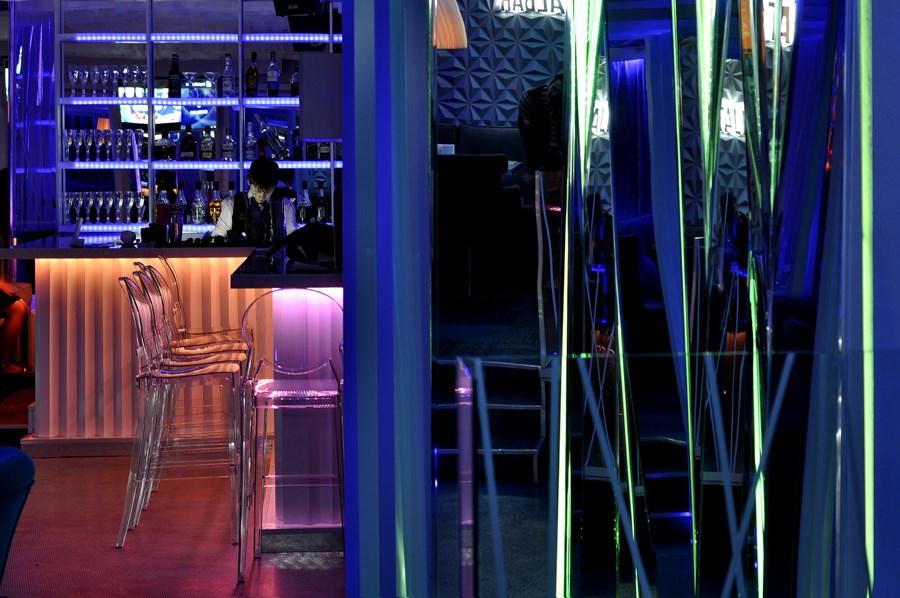 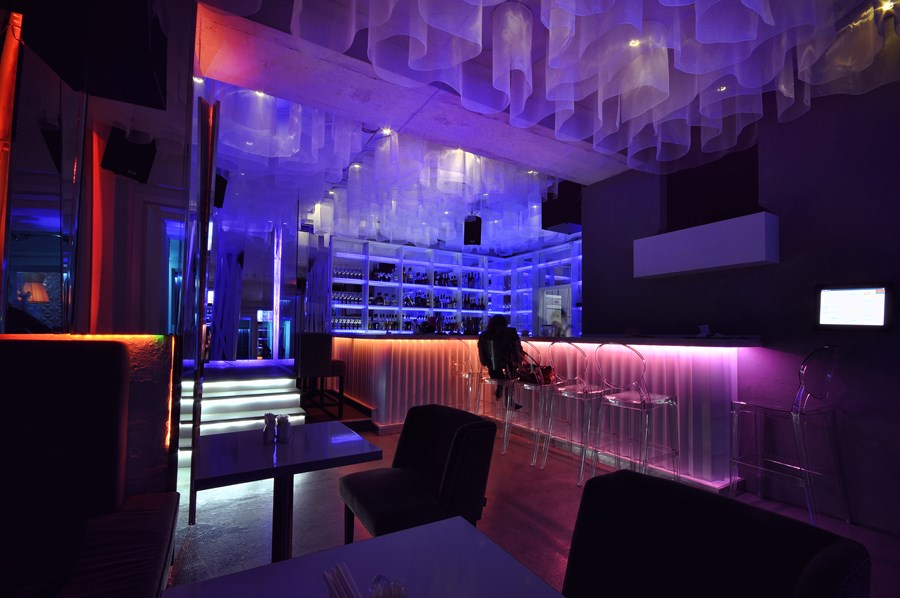 In addition to working two institutions were the most important issues. This is a basement with no windows with huge pillars in the middle scalene hall. Those. all the walls are not parallel. From inconvenient columns – we made illuminated arch, thereby hiding columns themselves. And we added sophisticated wall mirror designs, over which had to work hard not only to the designer.
The special atmosphere was achieved using versatile illuminated faces and planes, where the main focus – crystal.
Saranin designer Artemy identified several areas in the room that share a large column – a bar, a mini-dance floor, dining and lounge area is a group at the end of the hall. There were also separate toilets, formed by a transparent dressing room, which is lit from within.
The very institution designed in high-tech style, underlined by sets of reflections, refractions, and contrast. The decoration used contrasting materials – from soft tissue collected on the ceiling, to the floor, which, glued 3285 nuts.
Separate toilets – they are made of glass, for which we have left all communications in its original form. Added illumination, and it turned out very effectively. Just had to supplement the strips of film – due to the fact that as soon as the set is the boundary between the glass and the glass tube – has disappeared. Wash basin we have made to order – we added to it the LEDs turned cool.
Currently it is working on an updated facility in the format of the event bar on the weekend, and a cafe on the other days.
Photography by Saranin Artemy